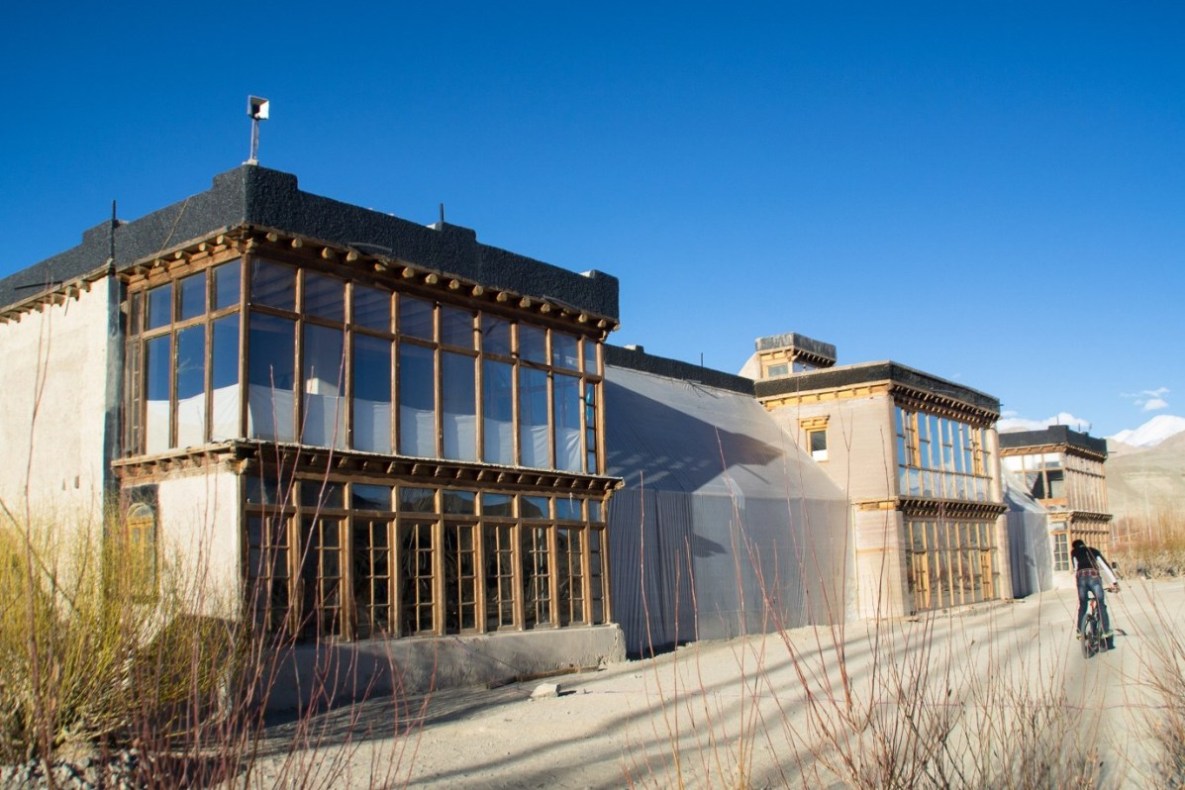 This TERRA Award winning SECMOL School building in Leh (Ladakh) is virtually an epitome of contemporary rammed-earth construction and passive solar architecture. The campus for Students' Educational and Cultural Movement of Ladakh (SECMOL) is located near the village of Phey in the Indus valley about 18 km from Leh and at an altitude of 3500m. The region has a cold desert climate with temperature variation from 20°C in summer to -30°C in winter. Luckily this area has over 300 sunny days per year and the sun therefore is a reliable source of energy.

The SECMOL campus is home to about 70 students and a few staff and volunteers, who live, work and study there. It is maintained, and to a large extent run by students themselves. The campus comprises one large school building, three residential houses and 20 small cell rooms apart from other necessary infrastructure.

The main building popularly known as SECMOL School building has been built keeping in view the aforementioned tough terrain with peculiar climatic conditions and difficulty in bringing foreign building materials. 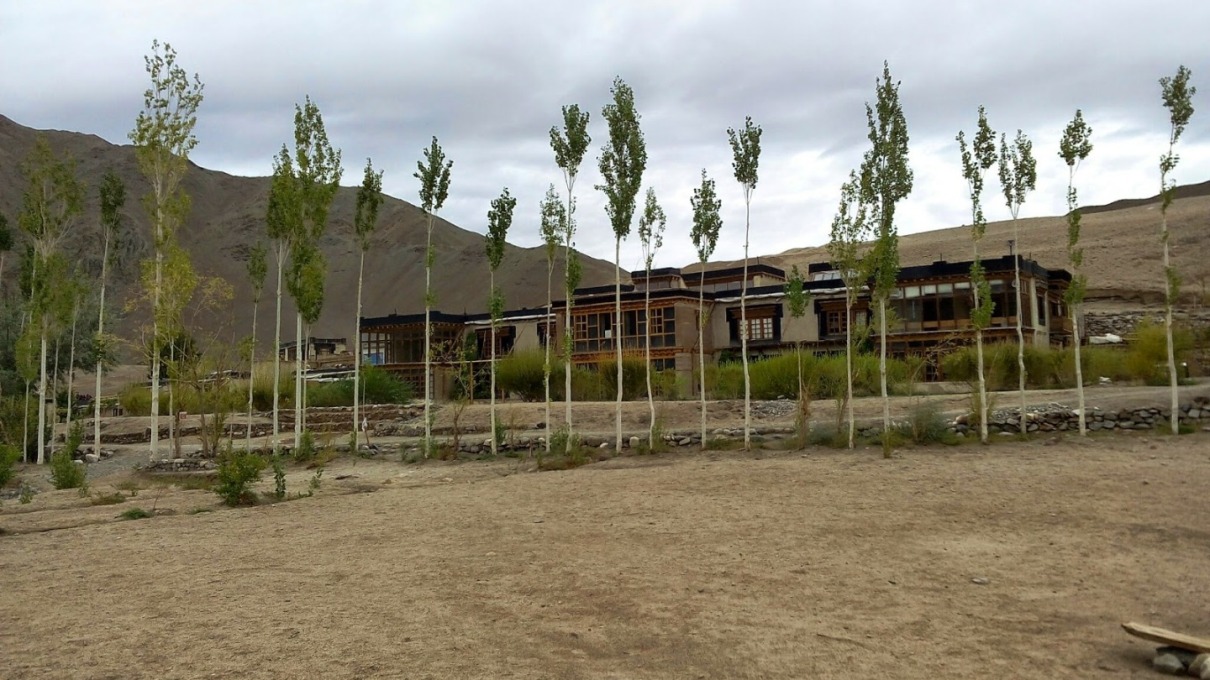 The school building along with others, has been designed by Sonam Wangchuk - a local born engineer-turned-architect and Ramon Magsaysay award winning environmentalist, educationist and social reformist. Wangchuk, after completing his graduation in Mechanical Engineering from NIT, Srinagar in 1987, studied Earthen Architecture at Craterra School of Architecture in Grenoble, France for two years. 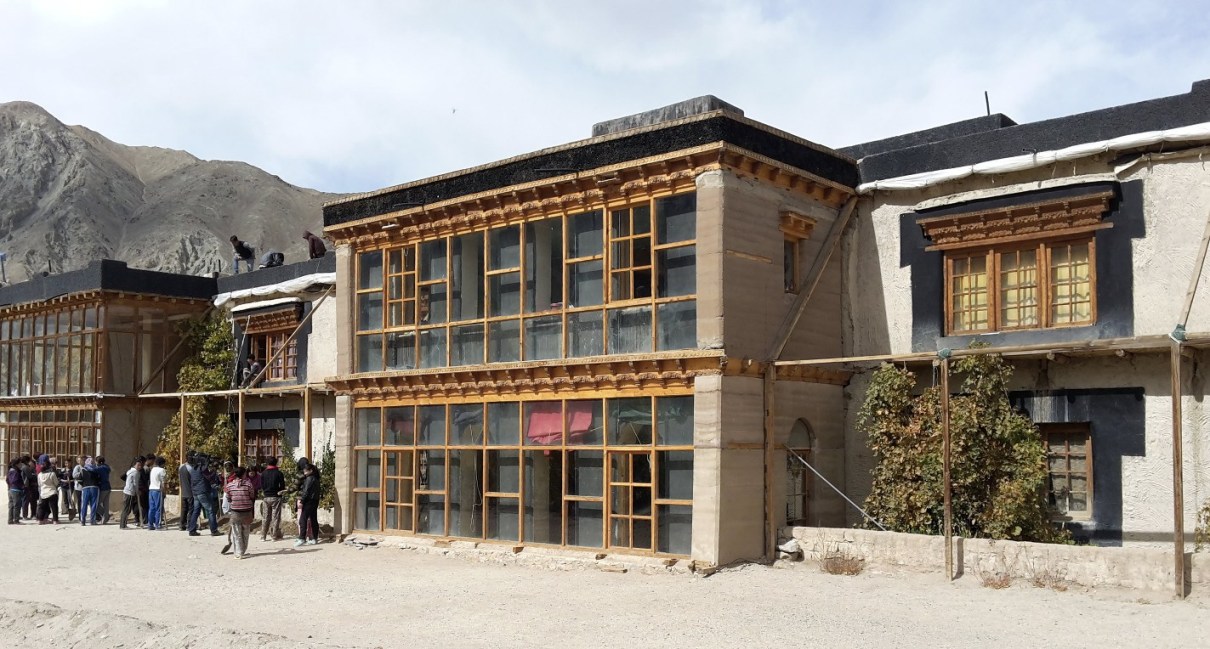 The compact double-storied building has been constructed with thick walls in rammed earth. The structure is sunken one metre below the ground on the north side. Since the earth's temperature at this depth is relatively warm in winters and cool in summers, it helps in creating comfortable living conditions inside. Apart from this, it helps in getting the main building material that is, earth on site thus eliminating the need for transportation from long distance. Another advantage of this technique is that when the construction finished, there is no debris to be thrown away.

The thick rammed earth walls of the school building keep it warm in winters and cool in summers. The building is oriented to face south with its main facade having large fenestration on this sun-facing side. This keeps the building warm in winters - passive solar heating. With thick rammed earth walls which act as heat banks, the building absorbs heat from sun during the day, stores it, and then releases it to the rooms at night. 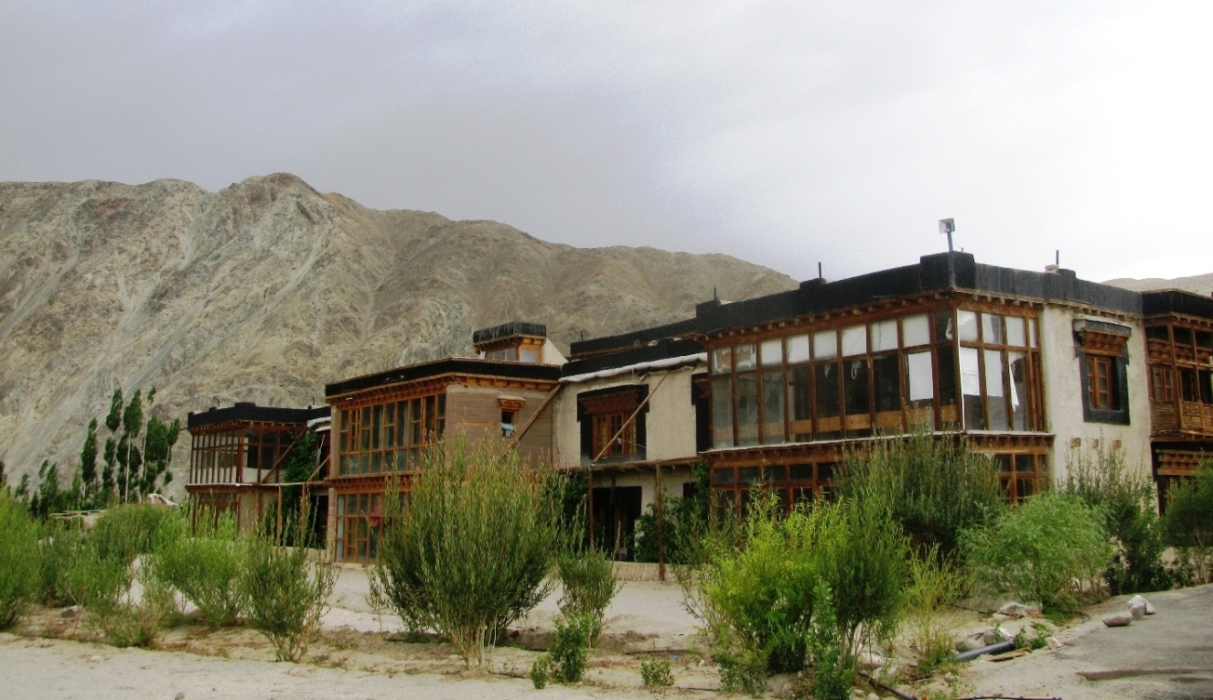 In brief, the following are some main features that keep the building warm in winters:

Windows have been provided on south side as the sun moves low in the southern sky in winters and keeps the building warm.

Skylights are covered with glass or clear plastic to keep warm air indoors.

Insulation has been provided in roof, outer walls, and in some places under the floor.

Natural lighting has been provided in abundance so electricity is not needed for light in daytime.

Roof is insulated with wood waste generated during the construction to stop heat loss through it. 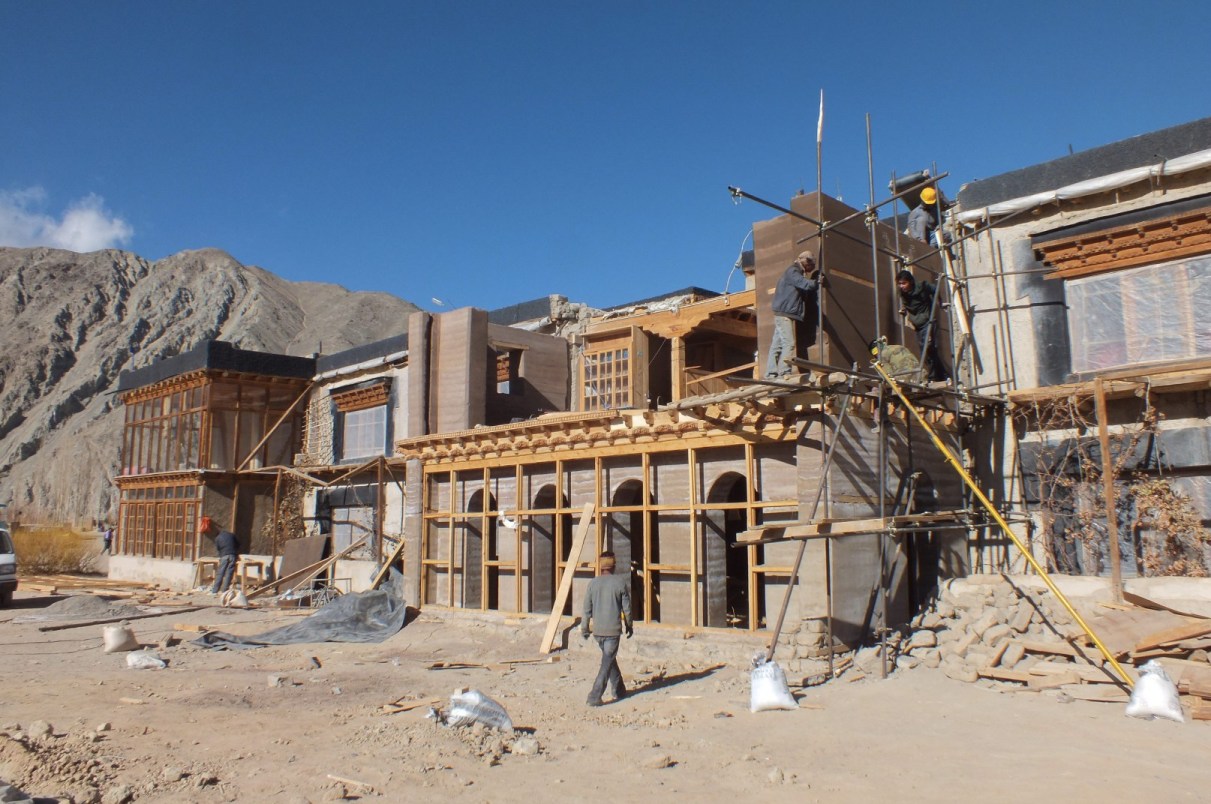 The success of the building can be gauged from the fact that when outside temperature is -25°C in winters the inside temperature remains +14°C. The building does not have any electric connection nor does it require to burn fossil fuels for heating even during peak winter months.

On receiving the prestigious TERRA Award for this passive solar earth building, its architect Sonam Wangchuk said, "I consider this honour for the country and a celebration of Ladakh's rich tradition in earth architecture particular. I congratulate every Ladakhi and thank all, the present and former students, campers, volunteers, and members of SECMOL who were involved in building up the campus." 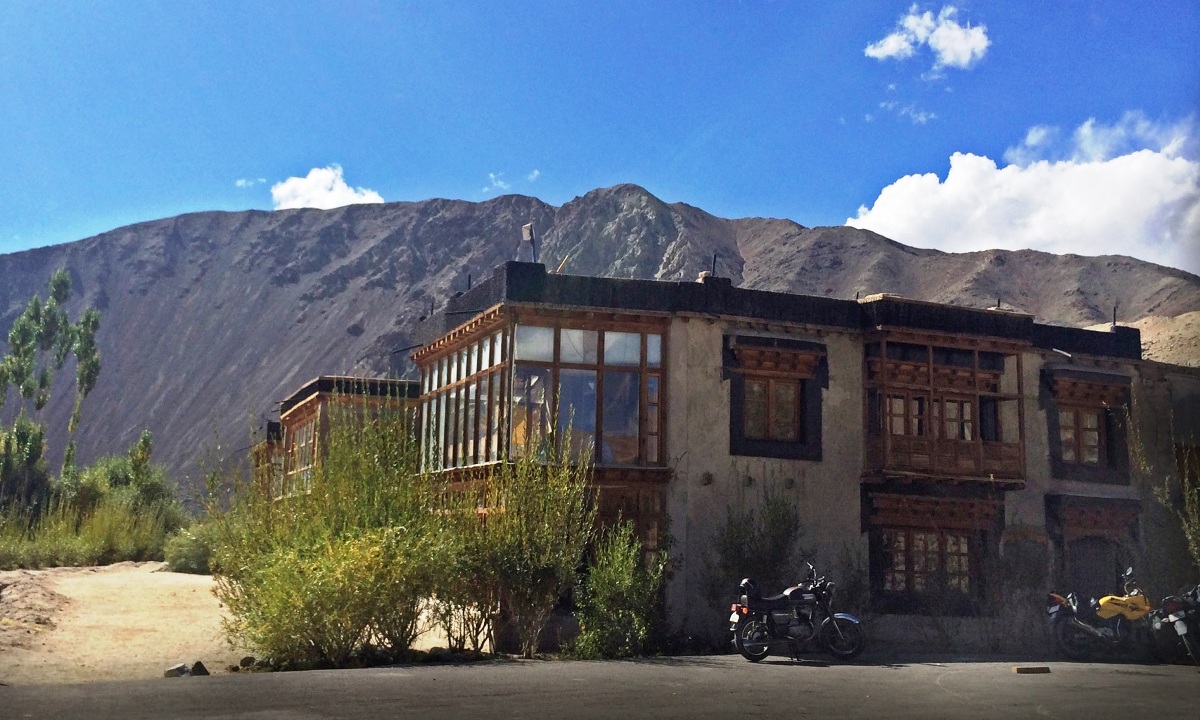 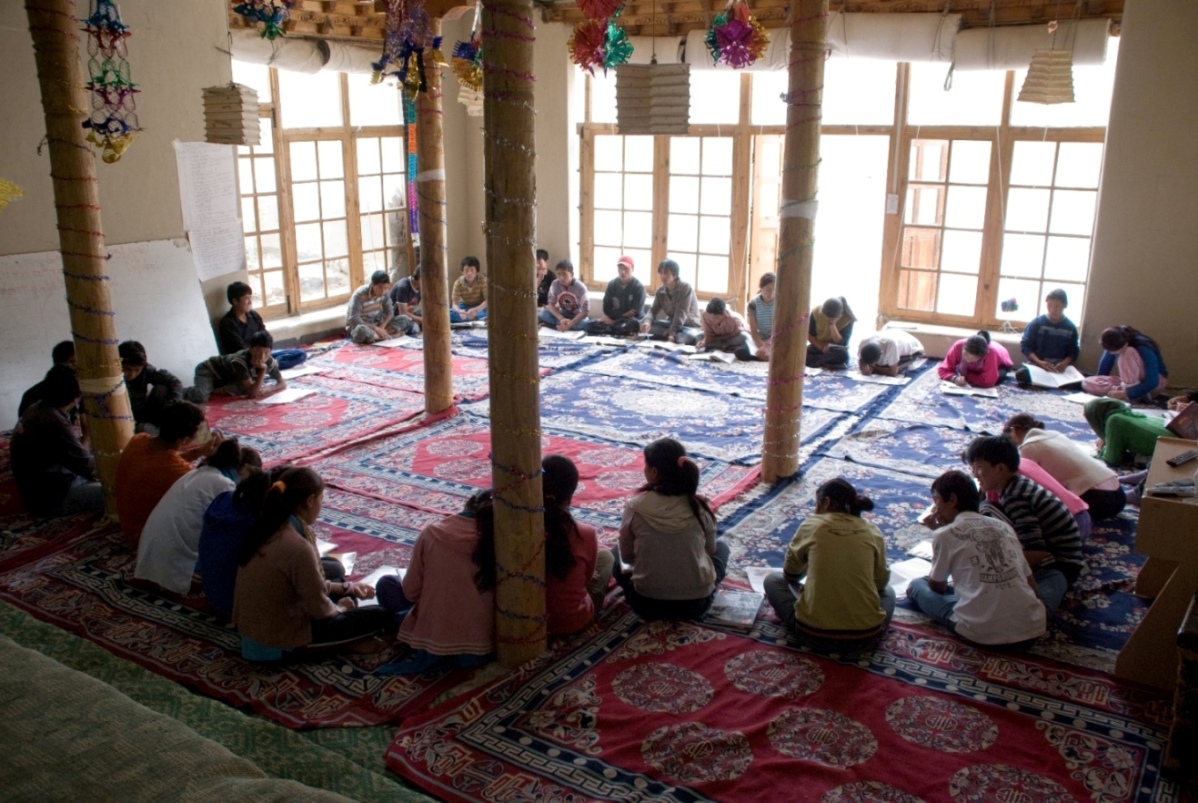 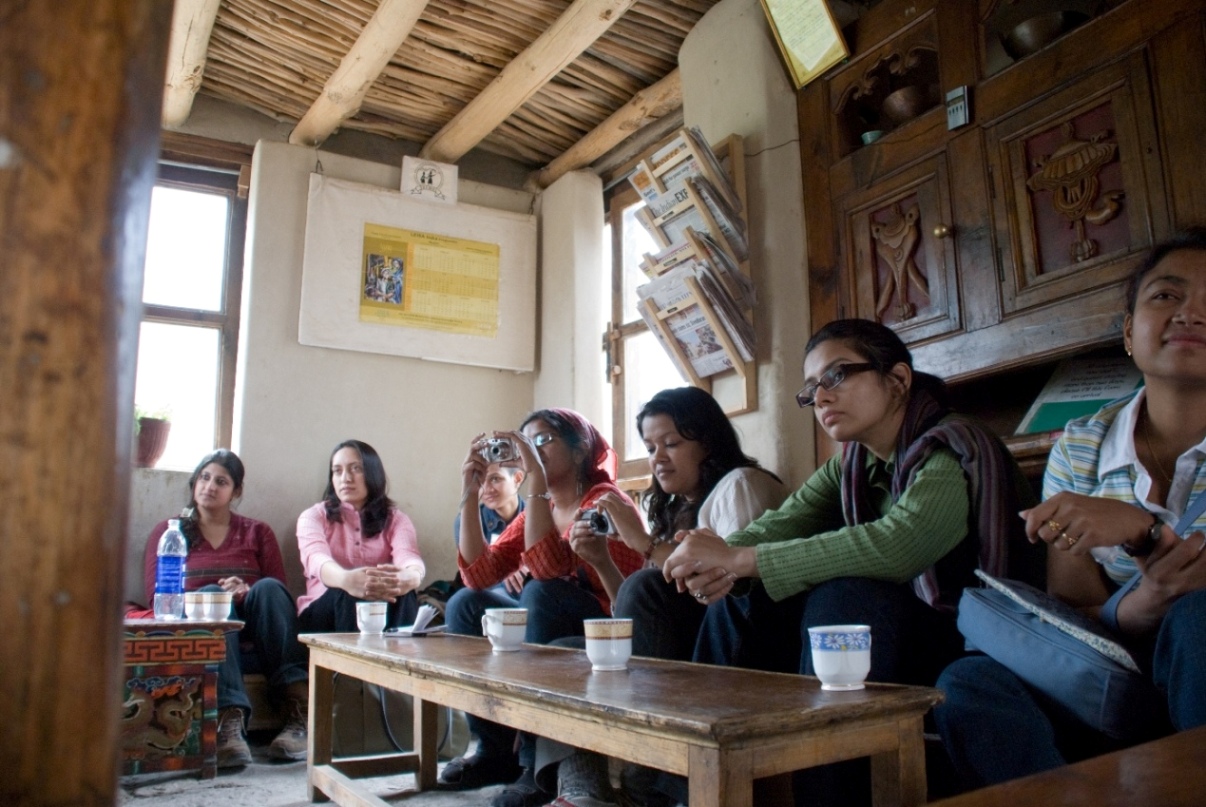 Apart from Sonam Wangchuk's significant contribution to the contemporary earth architecture in the entire Himalayan region, he has invented "Ice Stupa" - a solution to the problem of water shortage in the region. Ice Stupa is a form of glacier grafting technique that creates artificial glacier used for storing unused winter water in the form of conical shaped ice heaps. During summer, when water is scarce, the Ice Stupa melts to provide water for irrigation. For this innovation, Sonam Wangchuk was awarded the Rolex Award for Enterprise and received Rupees one crore. This money he is using as a seed for his dream project - Himalayan Institute of Alternatives (HIAL). 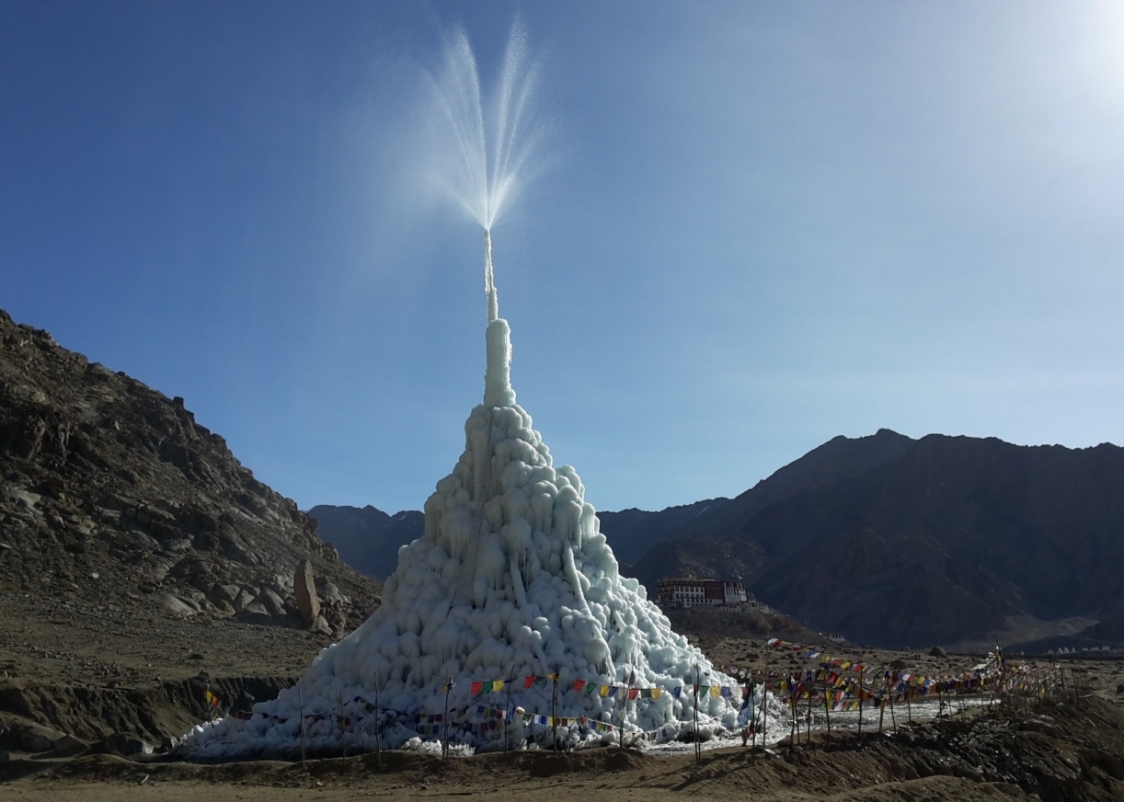 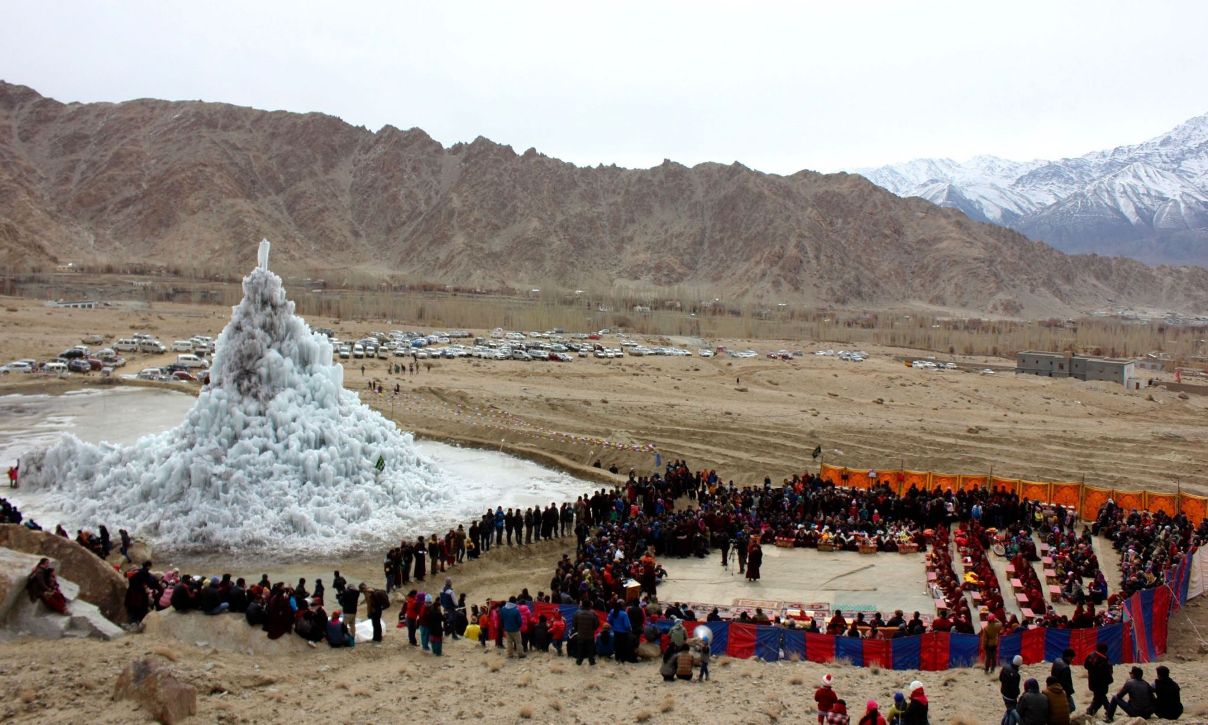 Indian architectural community wish Sonam Wangchuk all the success in his new venture.

All images courtesy of SECMOL.