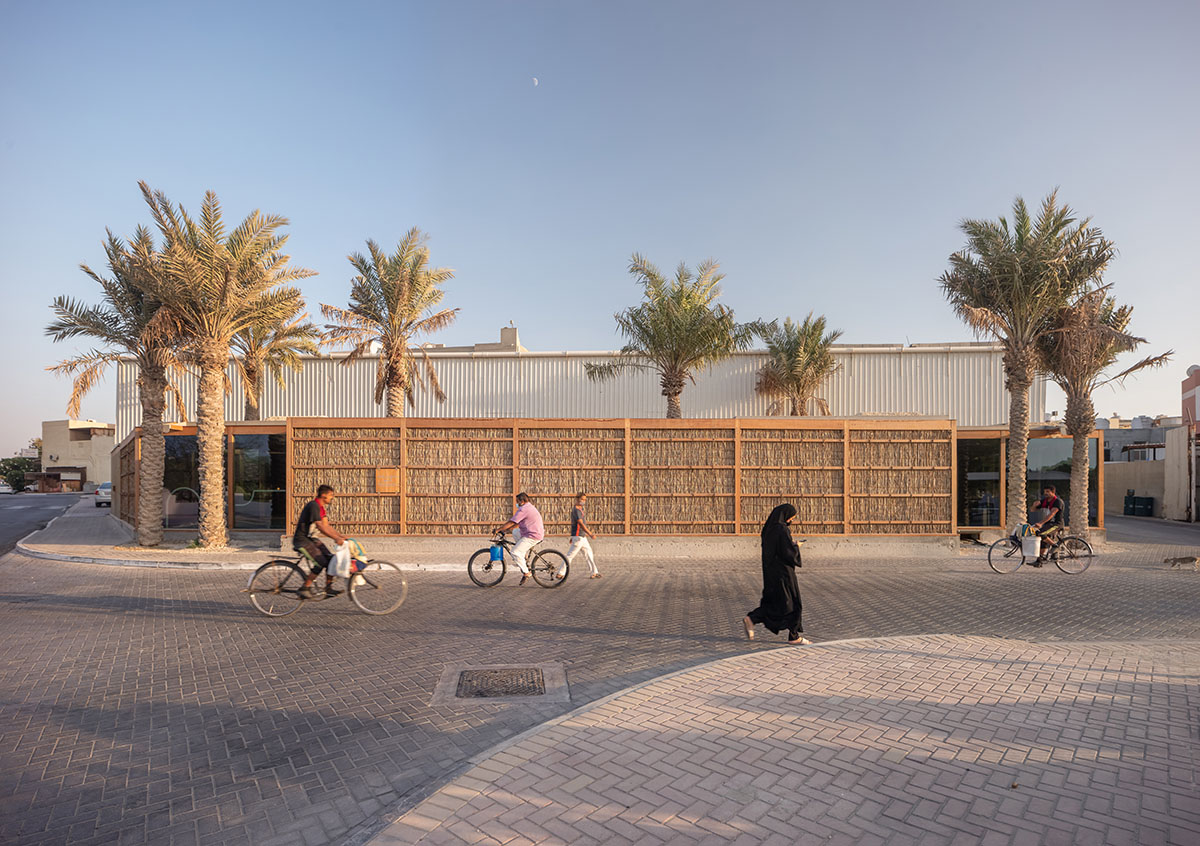 Named Al Naseej Textile Factory, the 340-square-metre facility acts both as a garden and a community space for the local craftspeople of Bani Jamrah, a village is known with Arish - a traditional building technique using the dry leaves of the date palms and weaving them into strong surface. 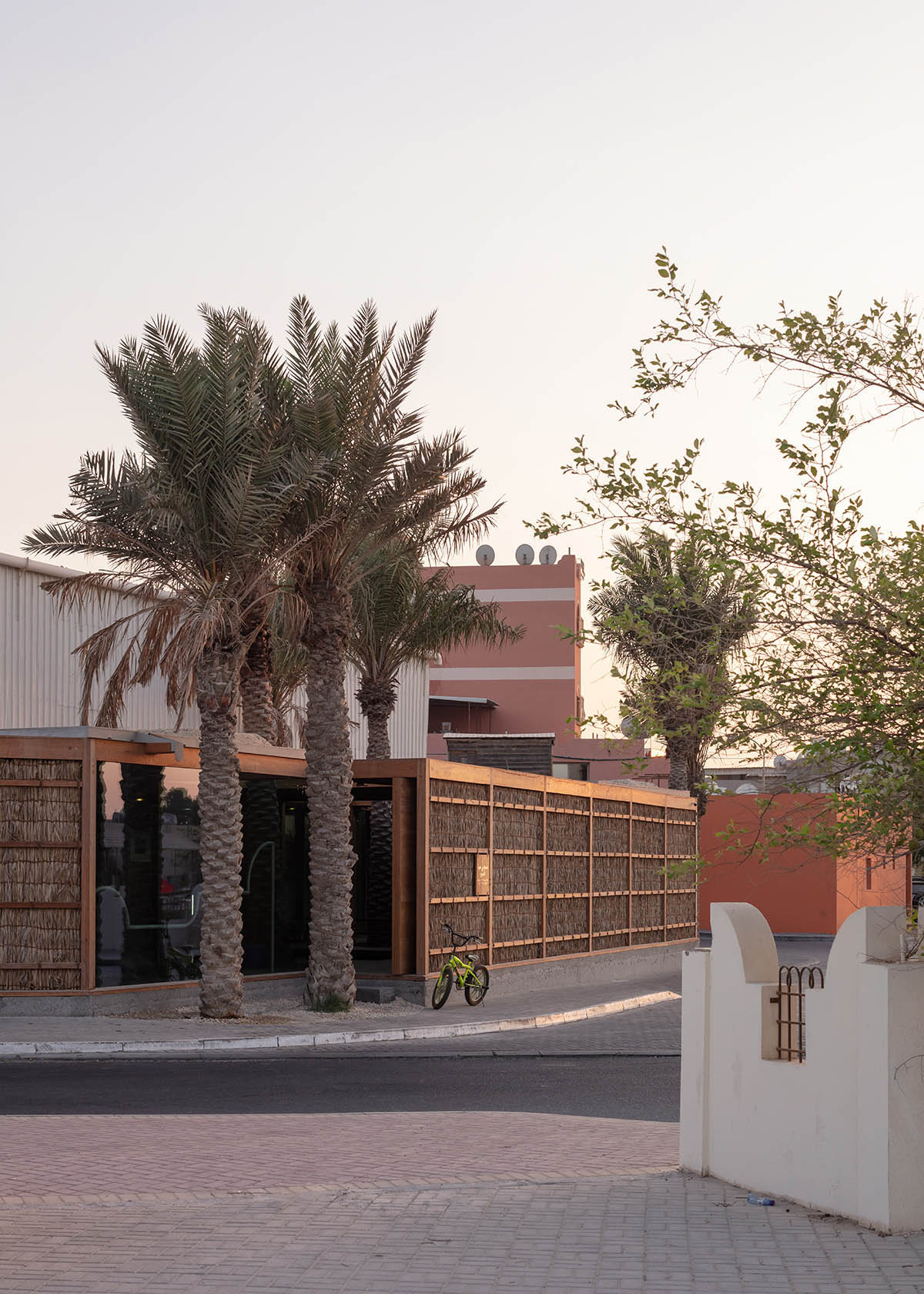 Based on the historical references, the architecture of the building protects both the textile industry and gives a new space for the artisans to continue their waving facilities on site.

The building, drawn on an irregular layout, is arranged on a gridded plan that guides functional and social spaces based on its programme. 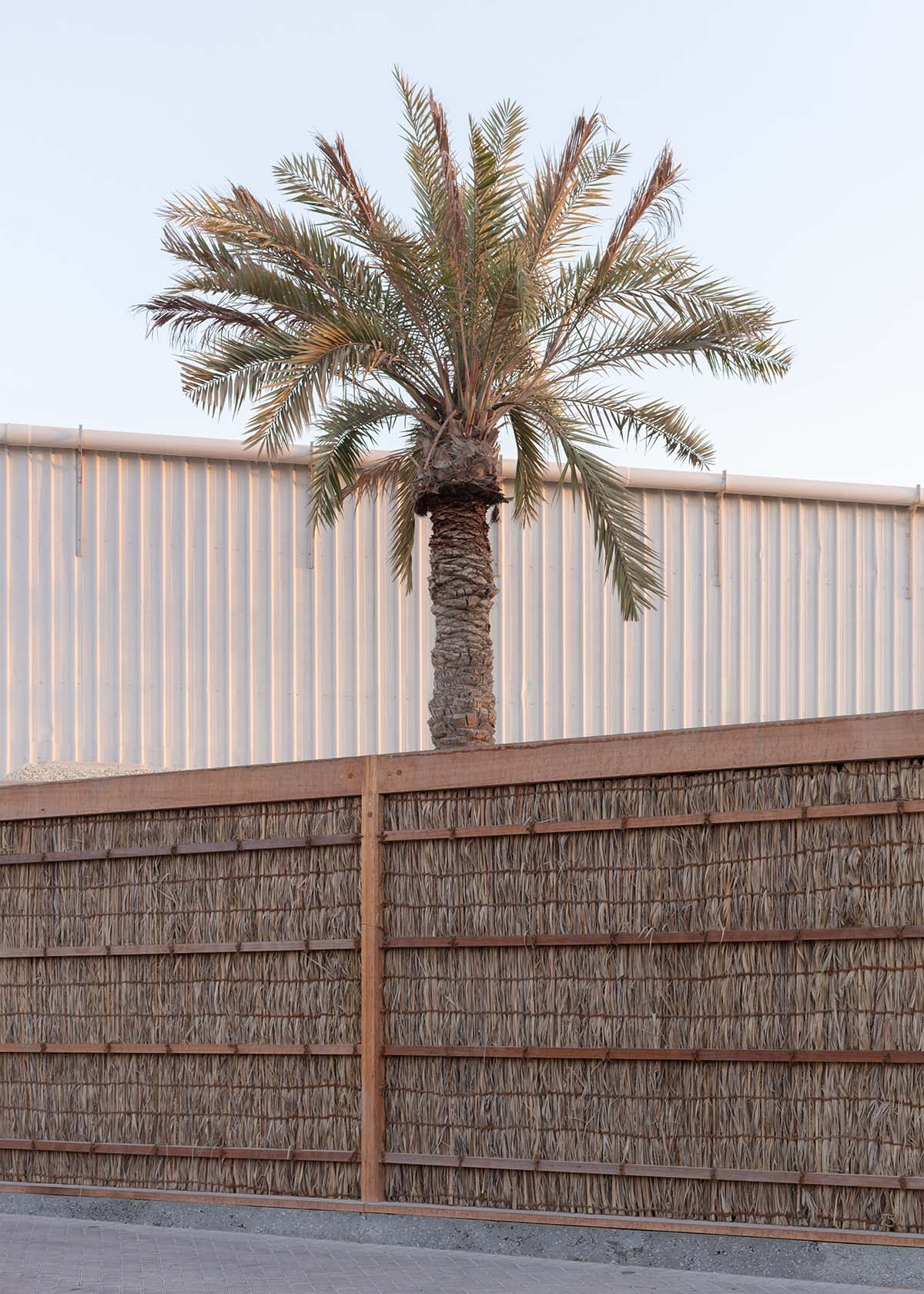 Commissioned by the Bahrain Authority for Culture and Antiquities, the building becomes a strong component of a broader effort, aiming at redefining and reinvigorating traditional crafts and industries across Bahrain.

The design language of the building takes references from traditional Arish structures, which are also described as "Palm-Leaf Architecture". Arish structures are made of using the dry leaves of the date palms and weaving them into strong surface.

Arish structures refer to vernacular architecture that have been used to resist against extreme climate conditions of the Arabian peninsula for centuries. A book, titled Arish: Palm-Leaf Architecture /anglais, was written by Piesik Sandra and published in 2012 to understand the raw nature of Arish. 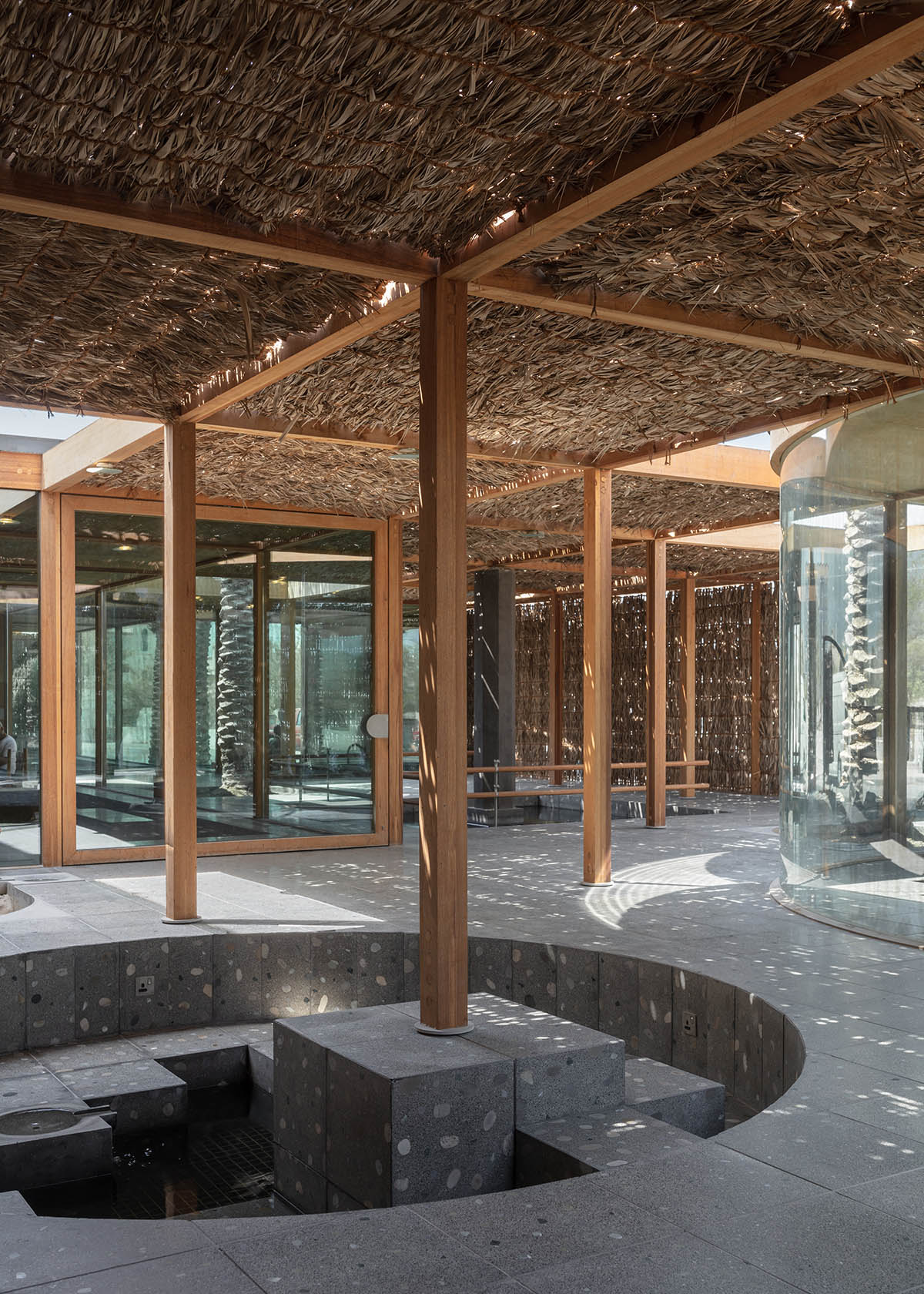 "Shaded by a light Arish structure, Bahraini weavers use to dig a hole in the ground to fit their legs," said Leopold Banchini Architects.

"By this simple action, the ground was transformed into an endless table to tense the wires needed for their delicate work," the office added. 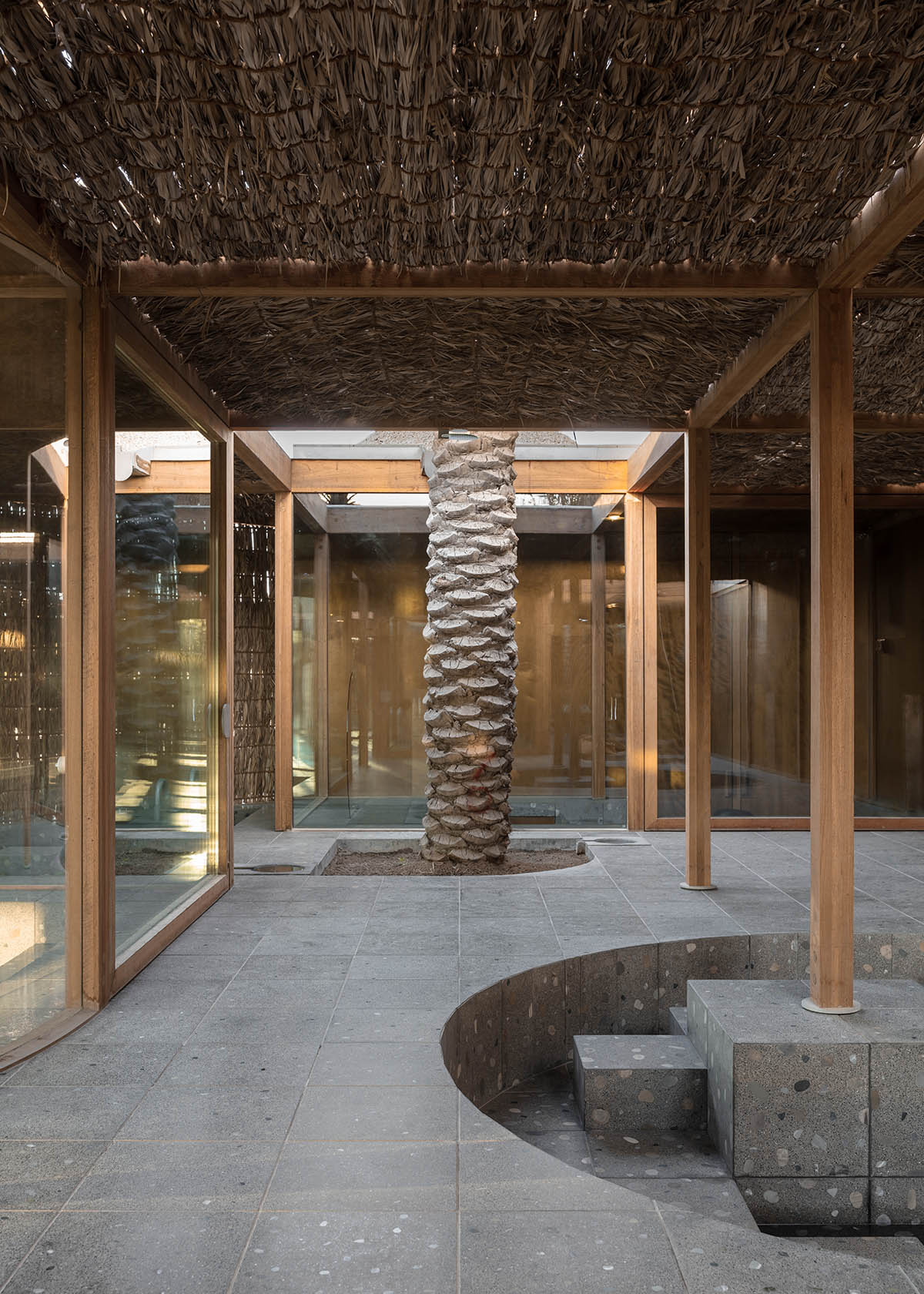 In the project, the team implemented a tight grid of timber columns and beams on the site.

This gridded system functions both as an organizing principle and reference to the date palm plantations of the north of the island irrigated by a complex network of water channels. 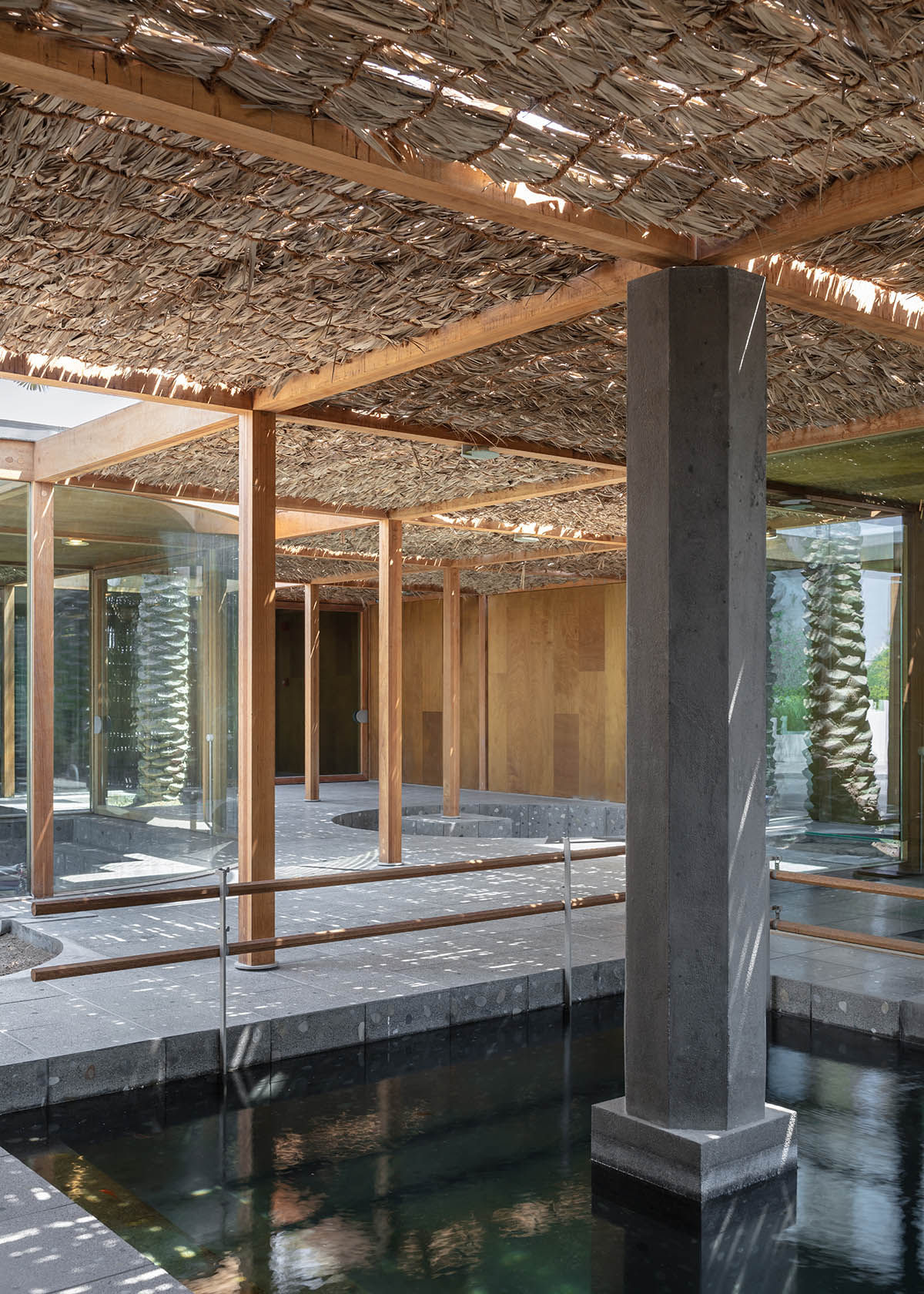 "The resulting building is a low and quiet gridded street elevation stretching the entire boundary of the site," said the office.

"Only the palm trees pierce through the horizontal ceiling and become the expression of the building."

Inside, the structure gains its own configuration derived from the below grade pits in which the weavers sit whilst operating the timber loom. 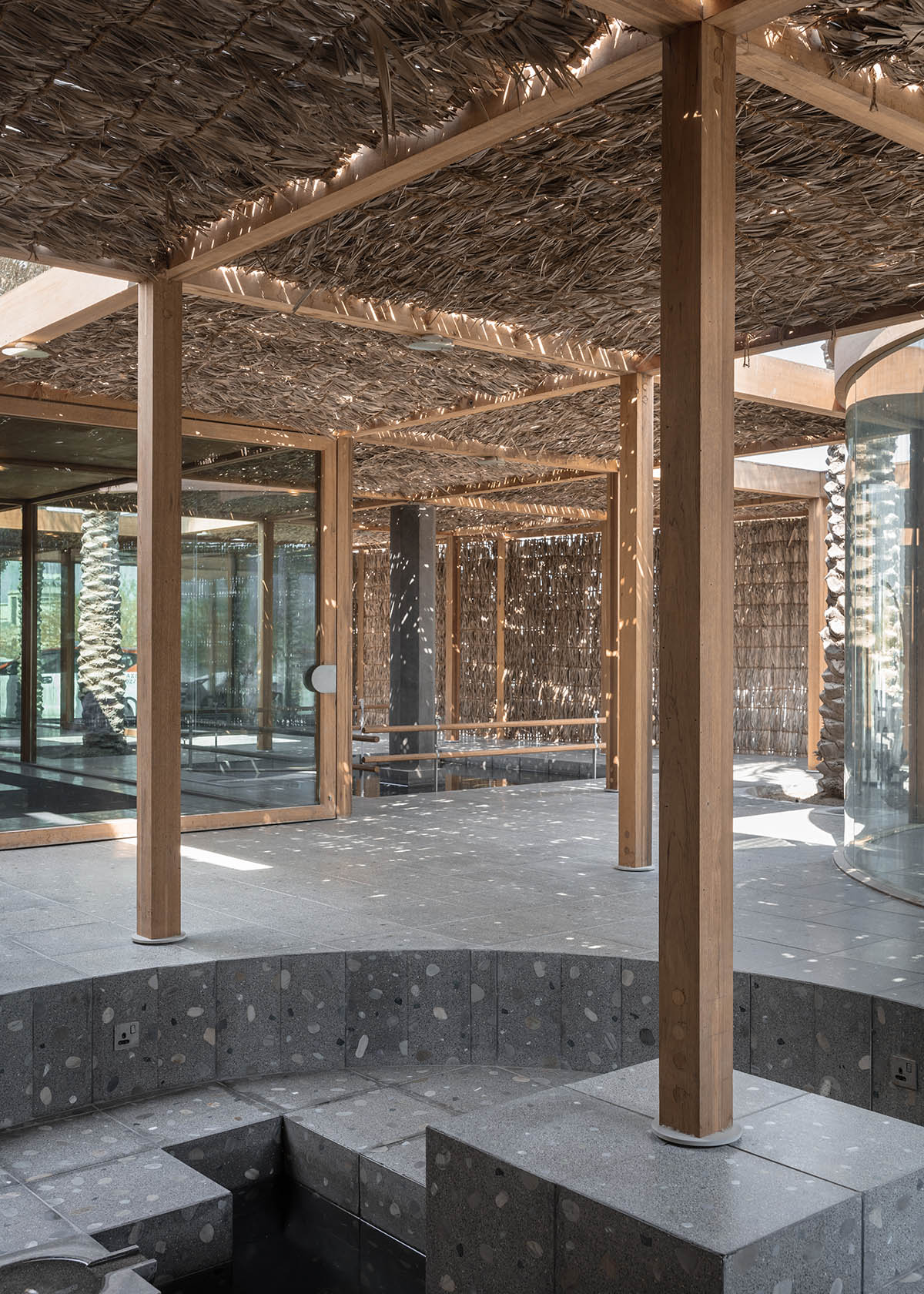 To this end, spaces for both the production of tapestries and weavings as well as social exchange are defined through a series of precise excavations below the finished floor level of the building.

The architects place date palms, ponds and fountains throughout the interior of the project to alleviate the harsh arrangement of the grid structure. 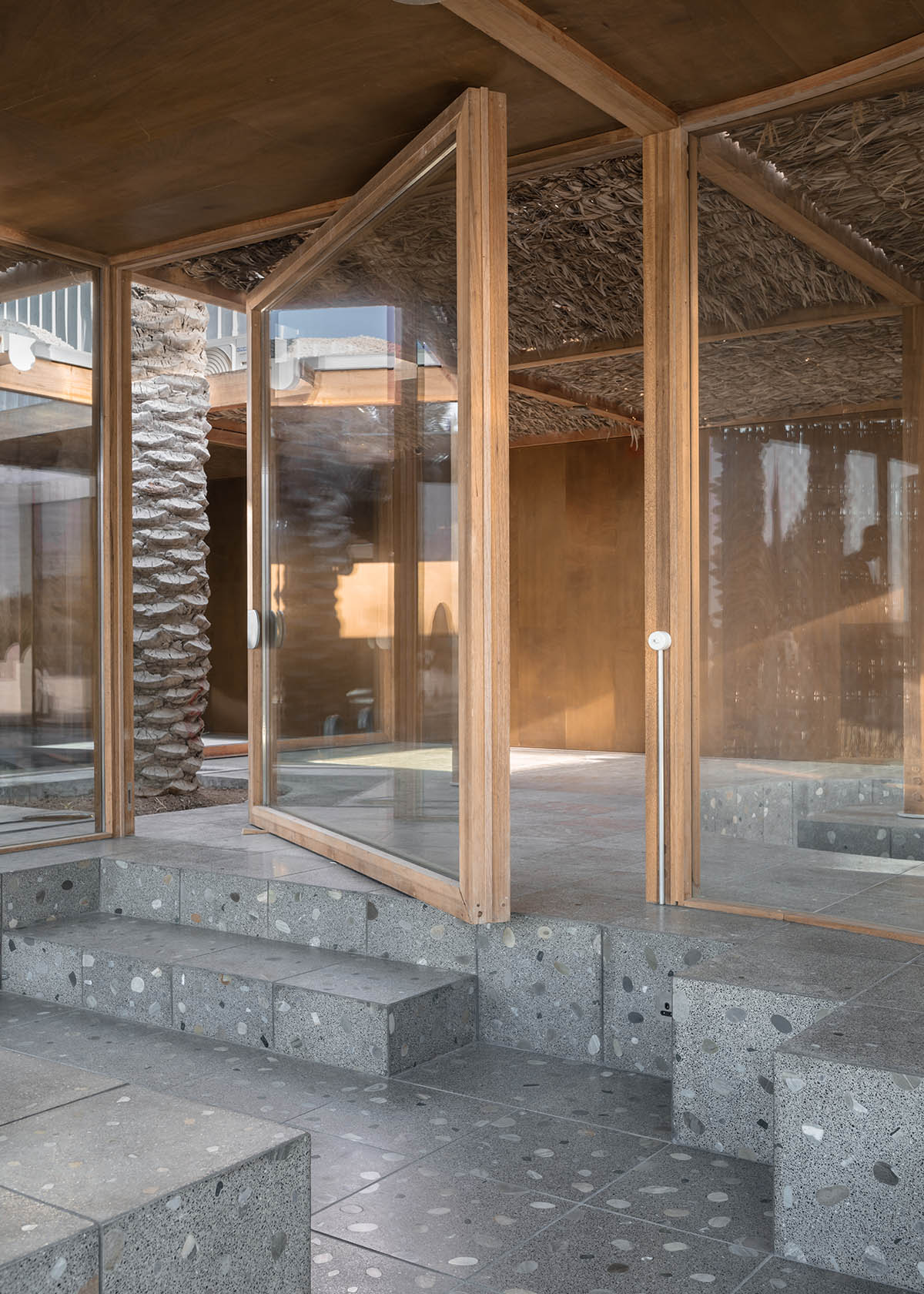 For this reason, the building is perceived both as a garden and a building, open yet protected. The team designs specific functions into separate units clad in glass panels which dissolve in the shaded garden. 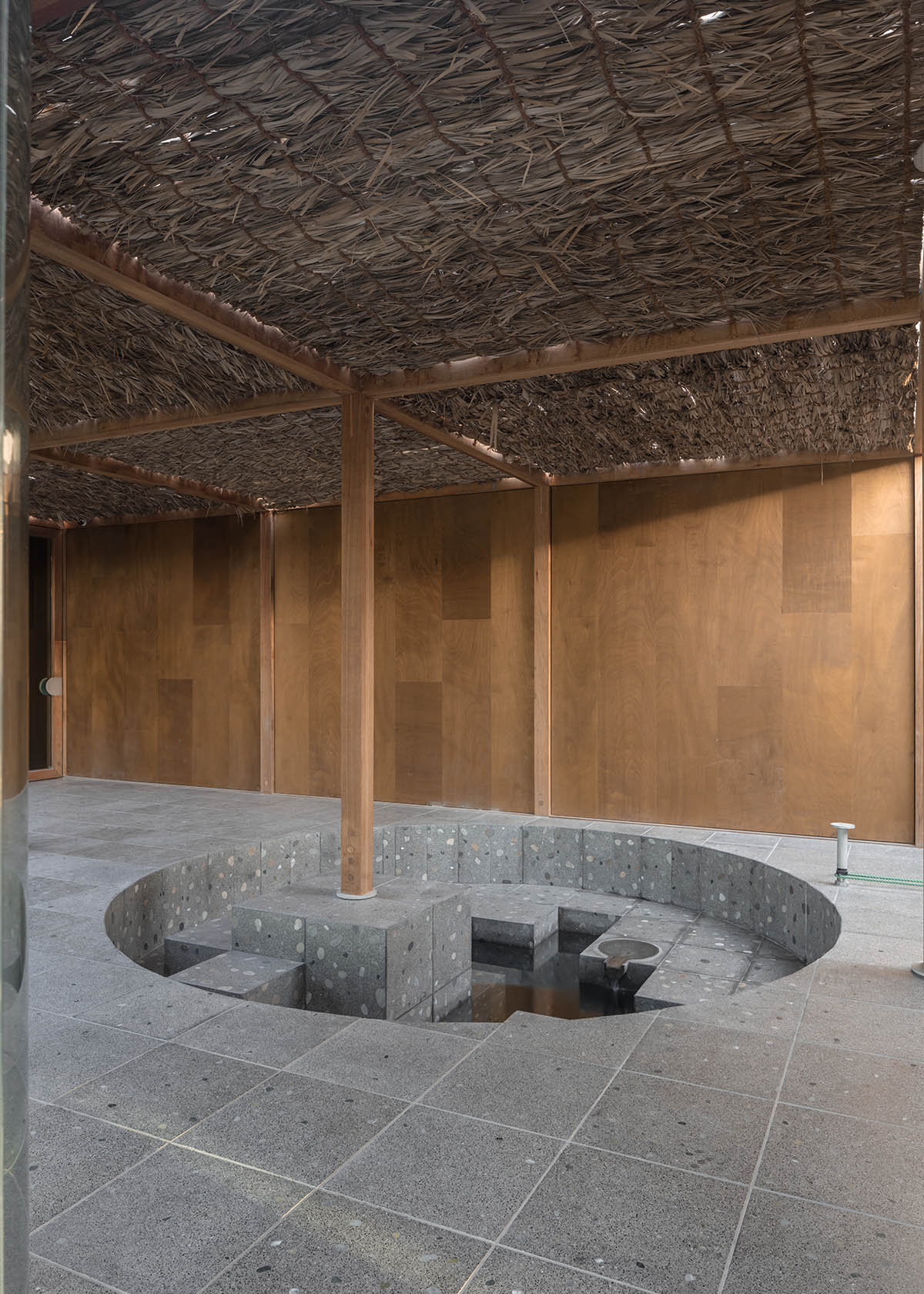 The shaded structure, greenery, water network and seating areas become key design components in design and create a naturally refreshing garden for the inhabitants of the village; a weaved architecture. 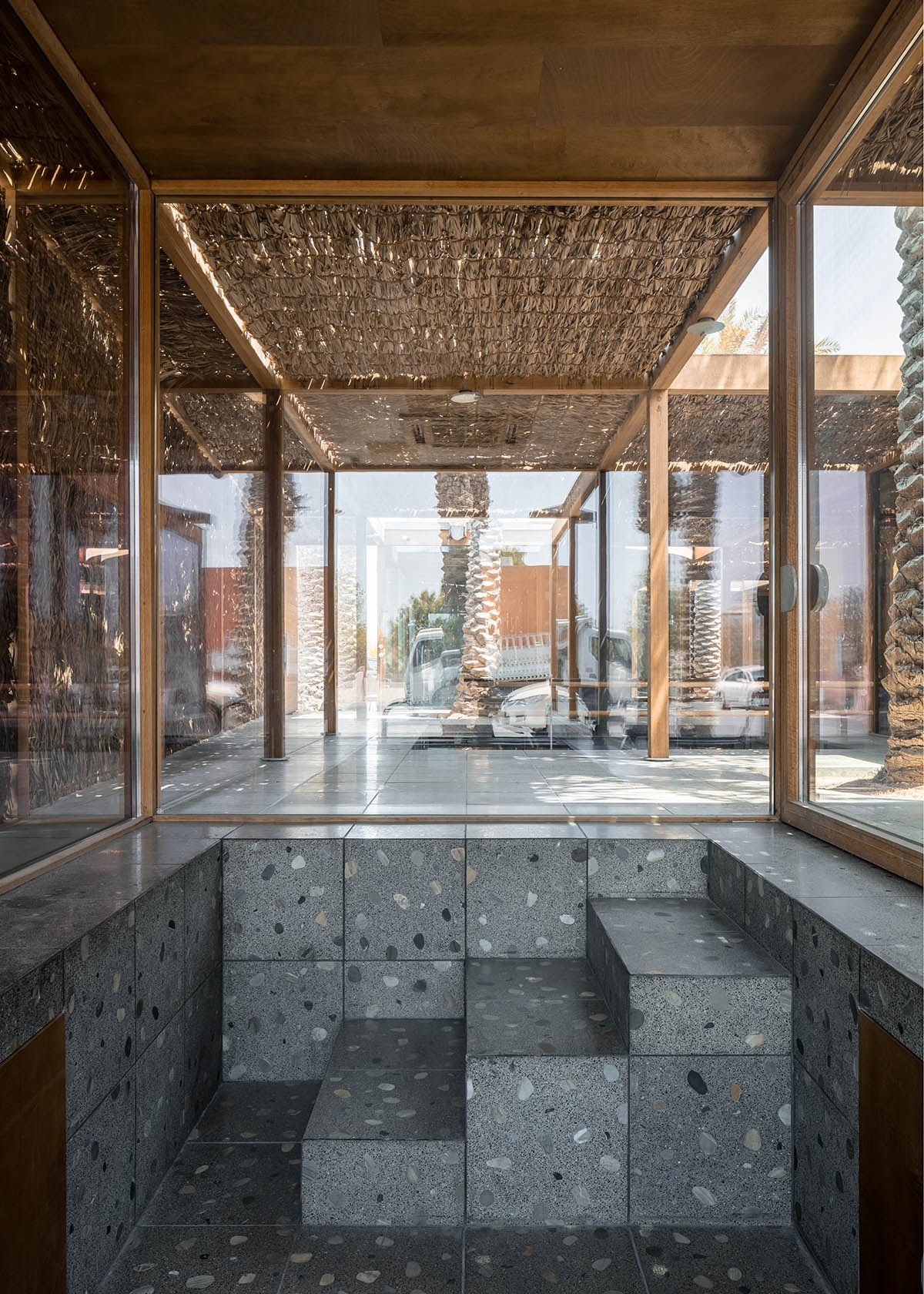 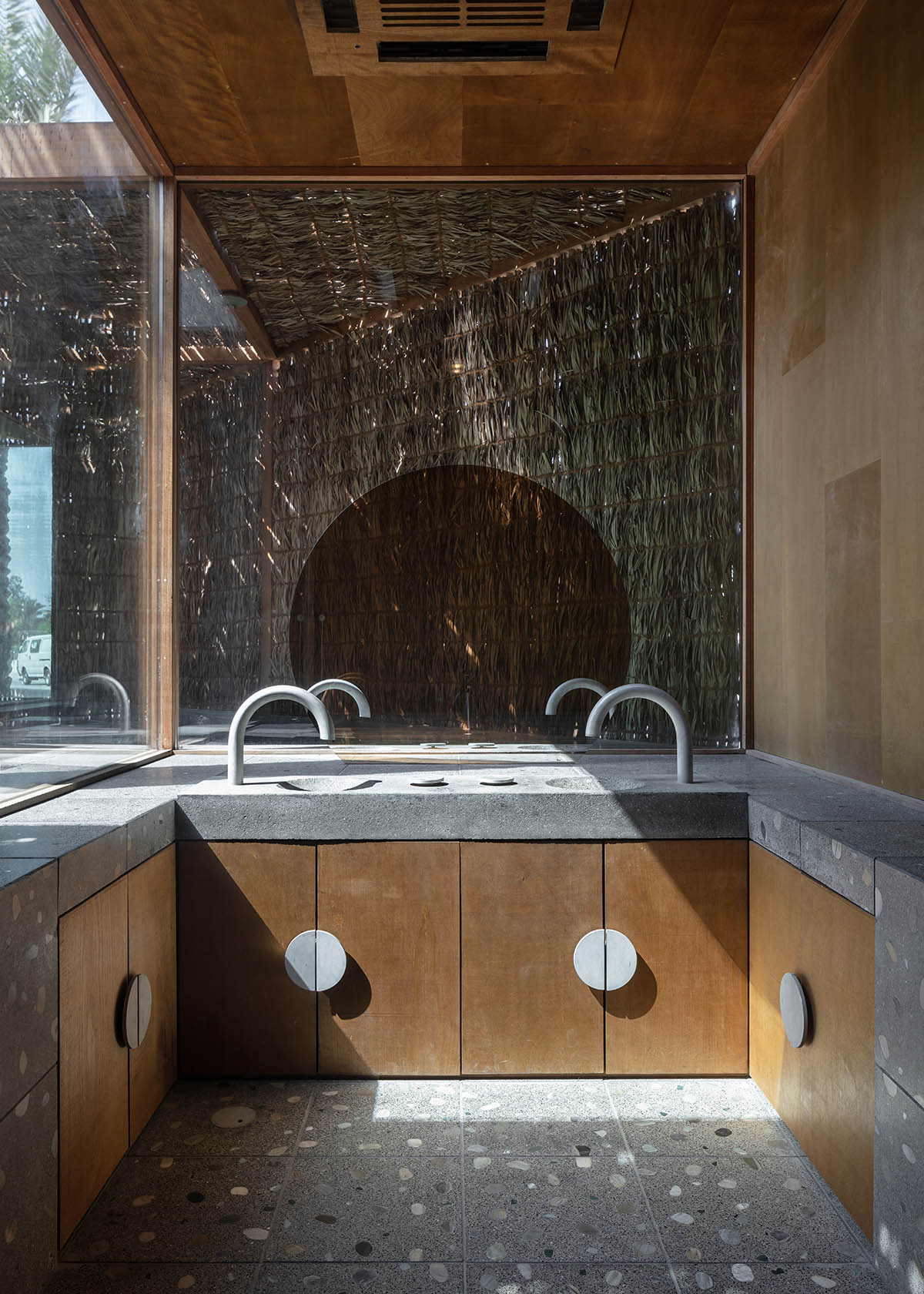 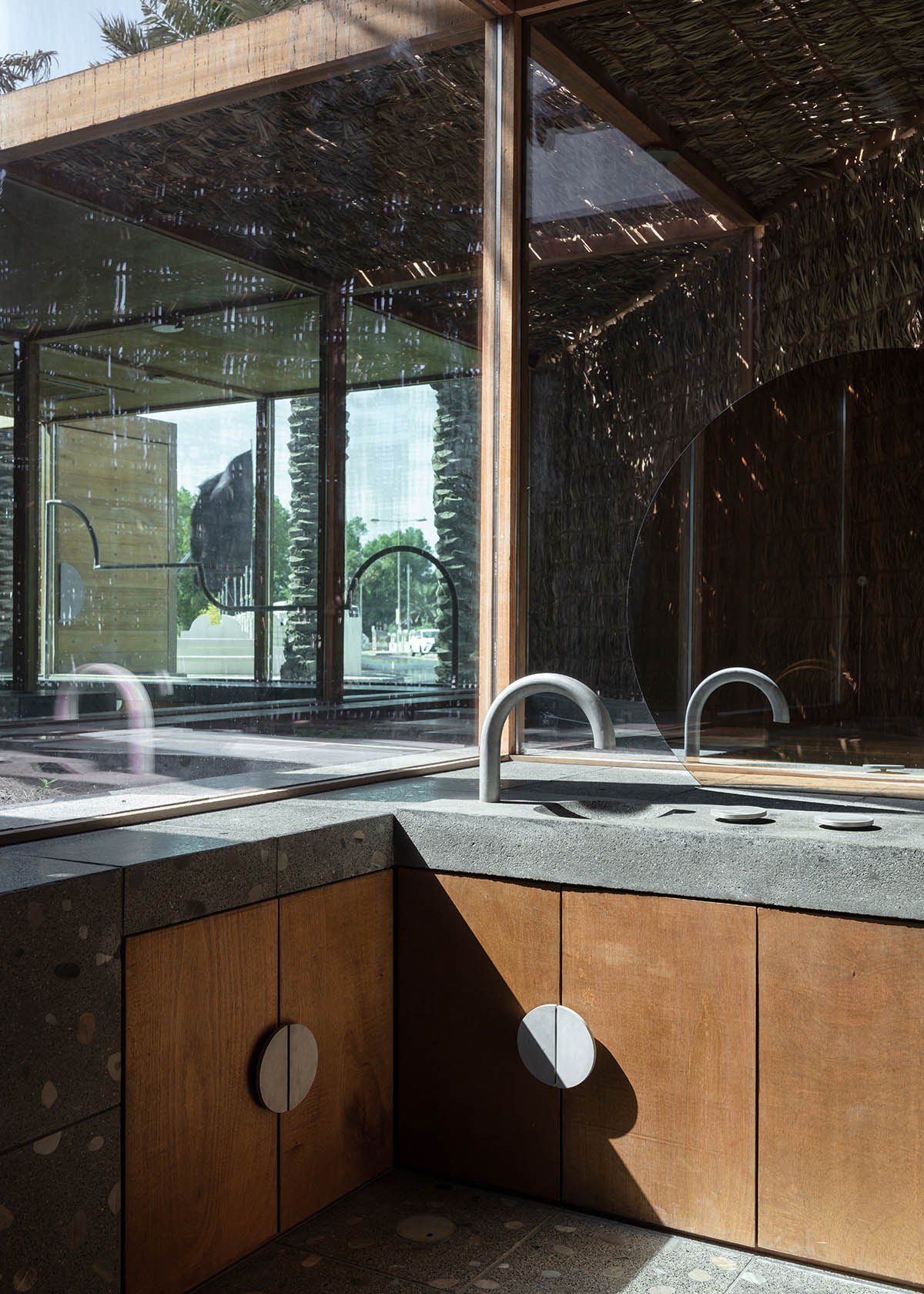 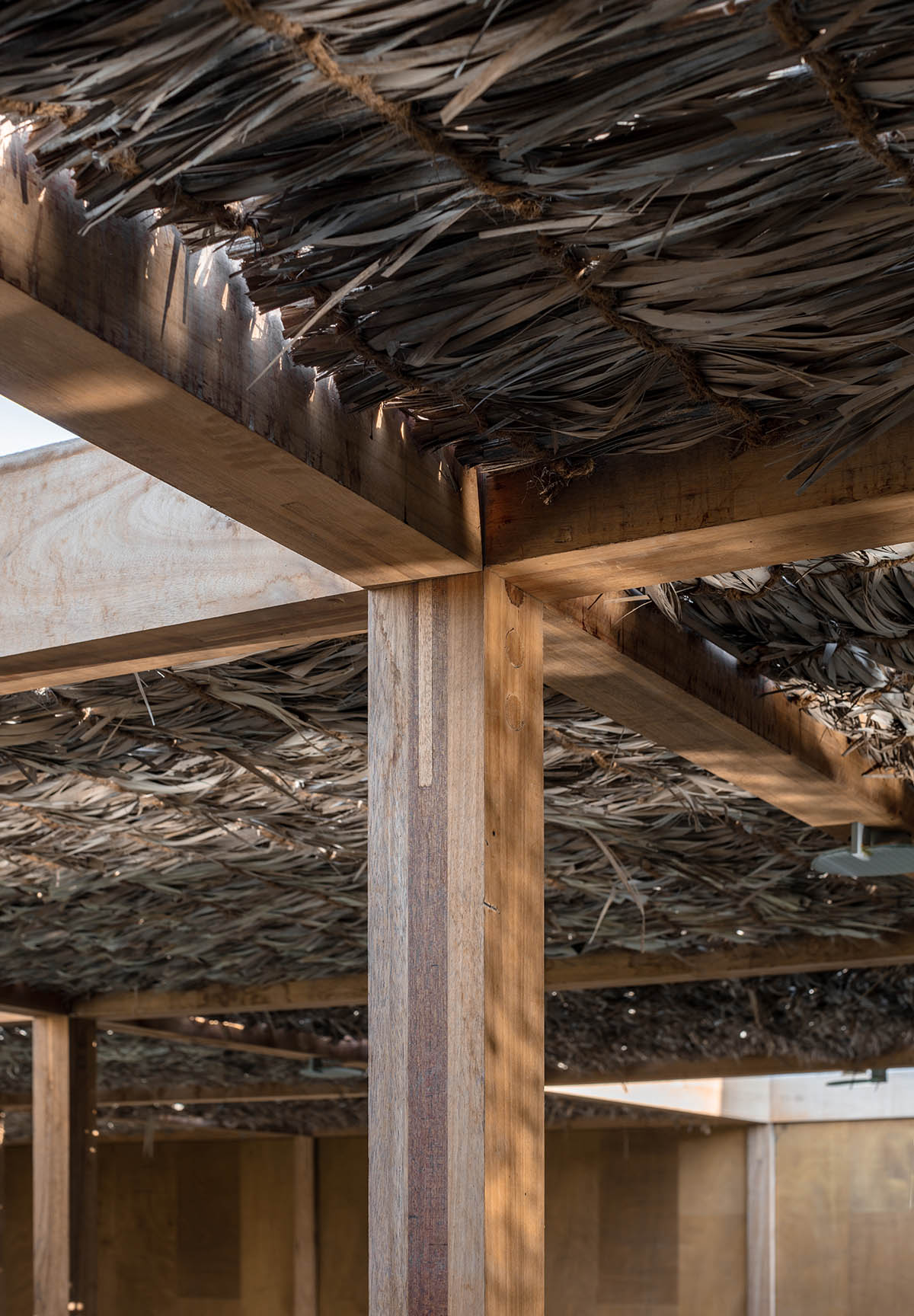 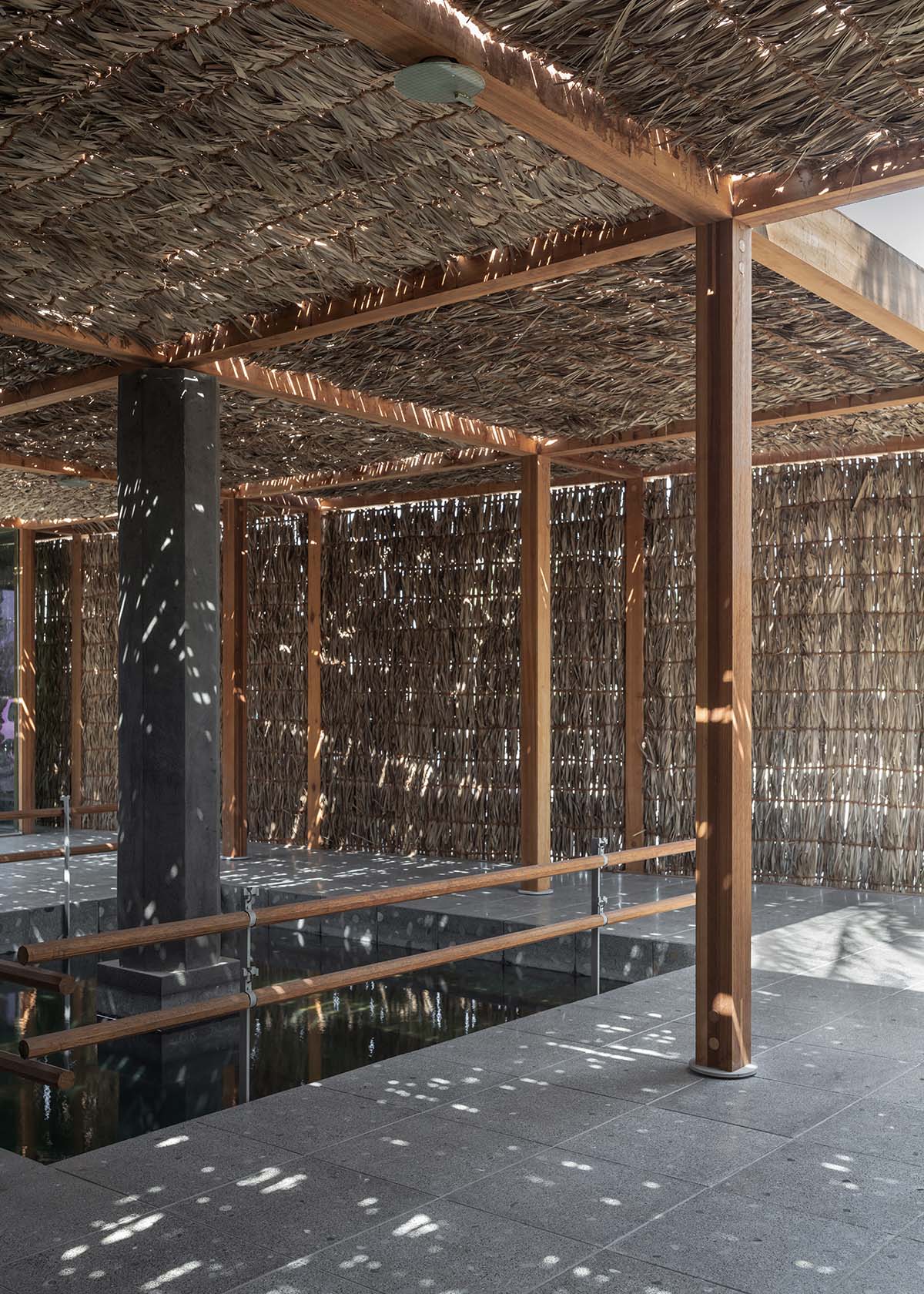 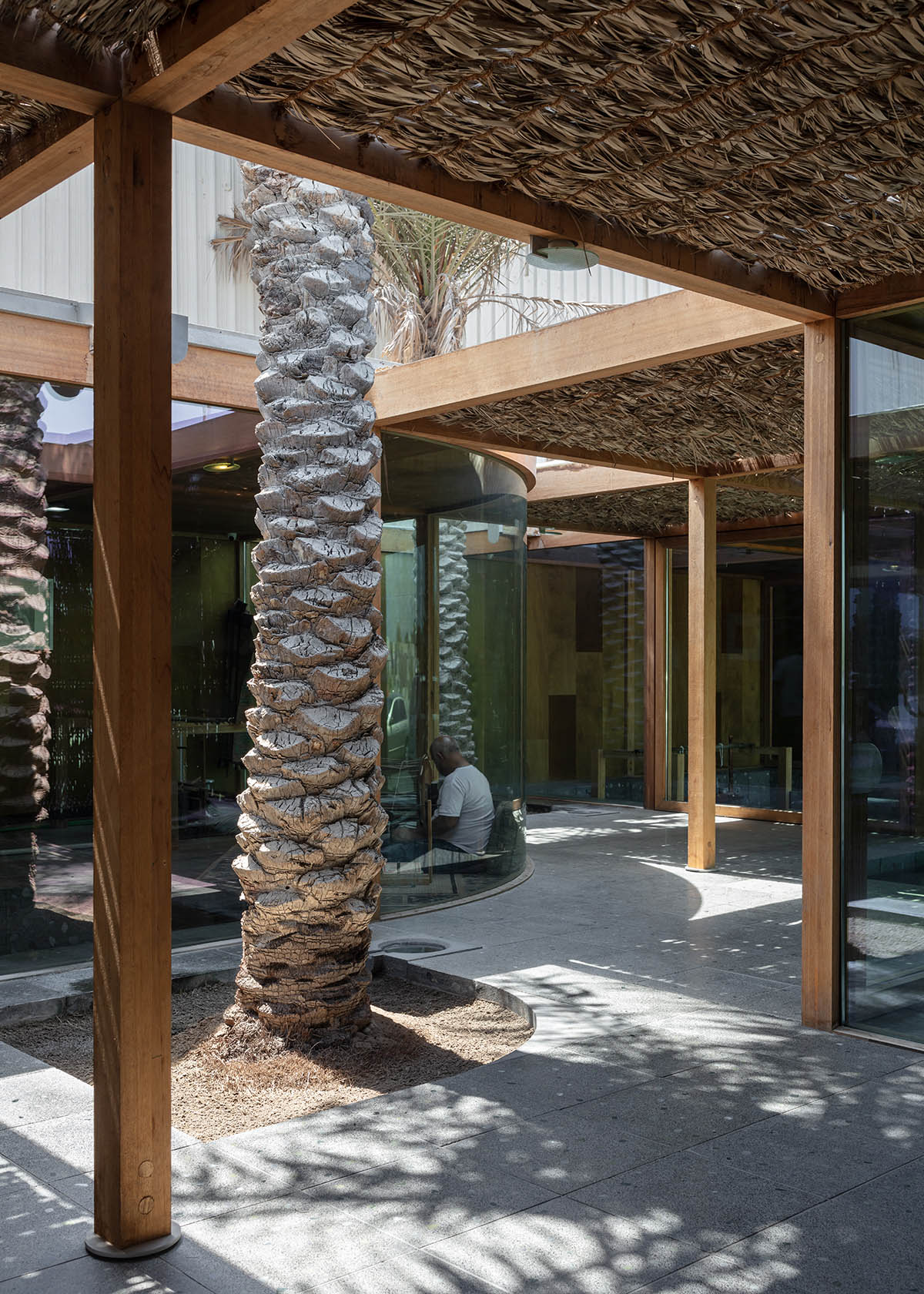 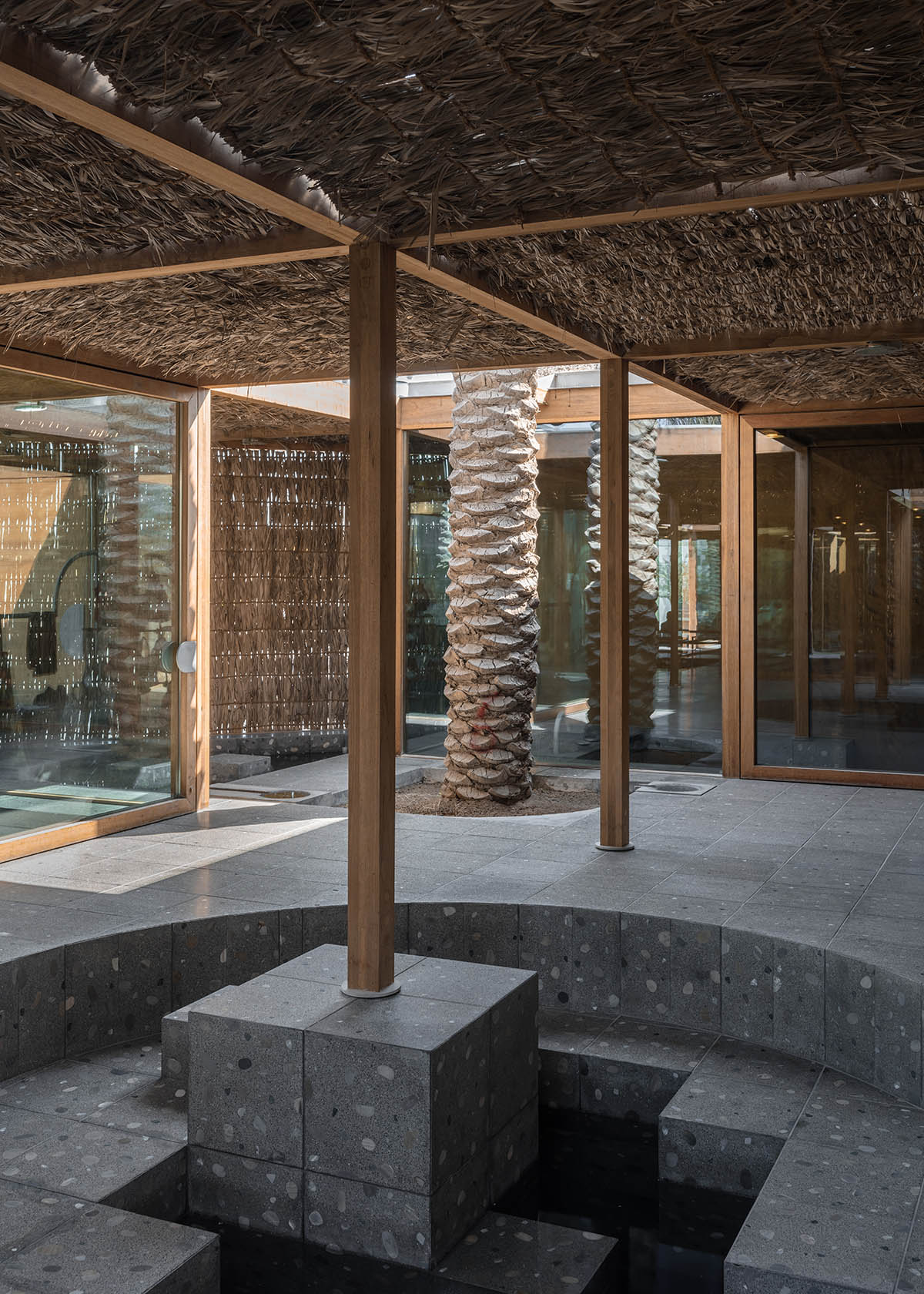 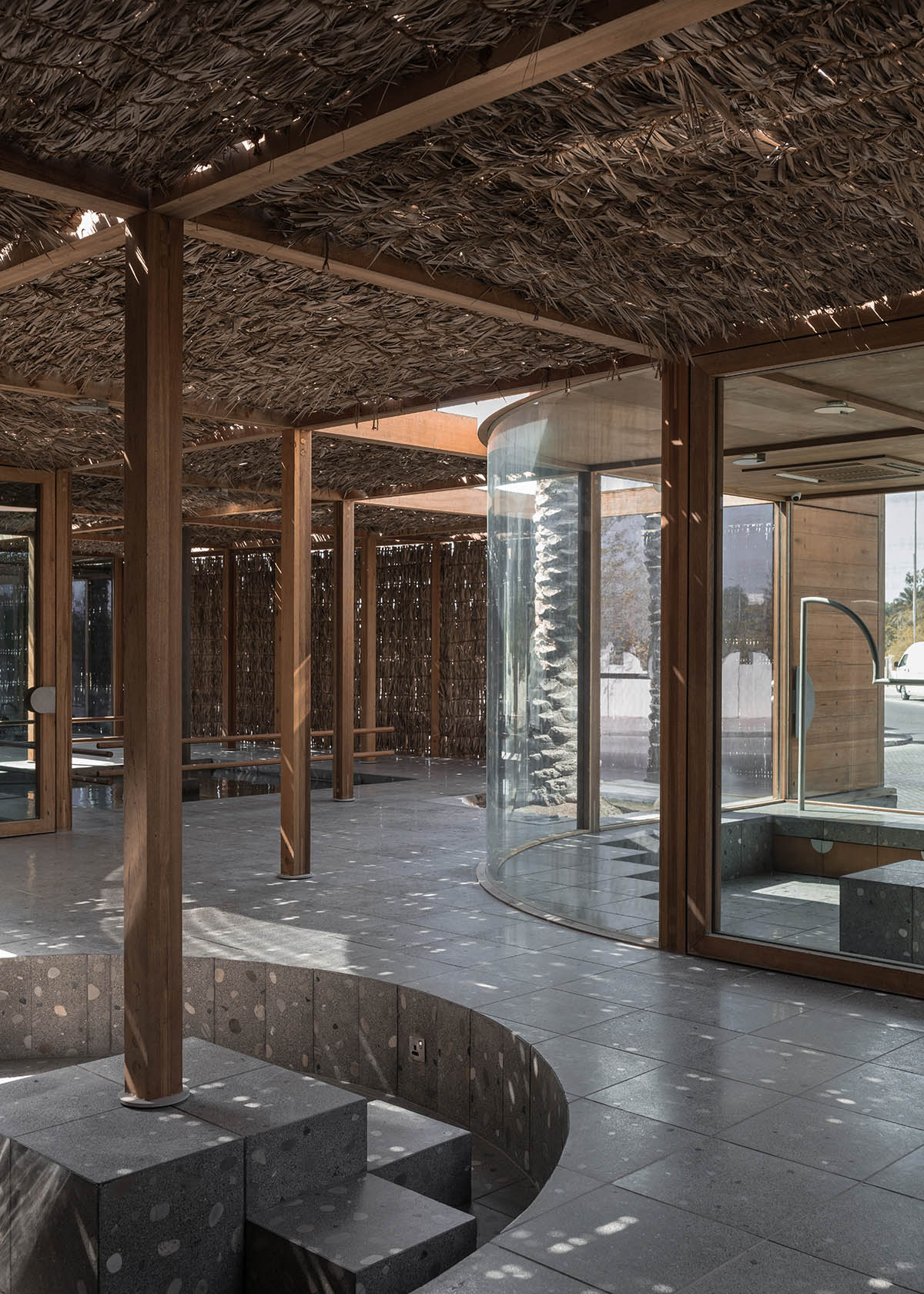 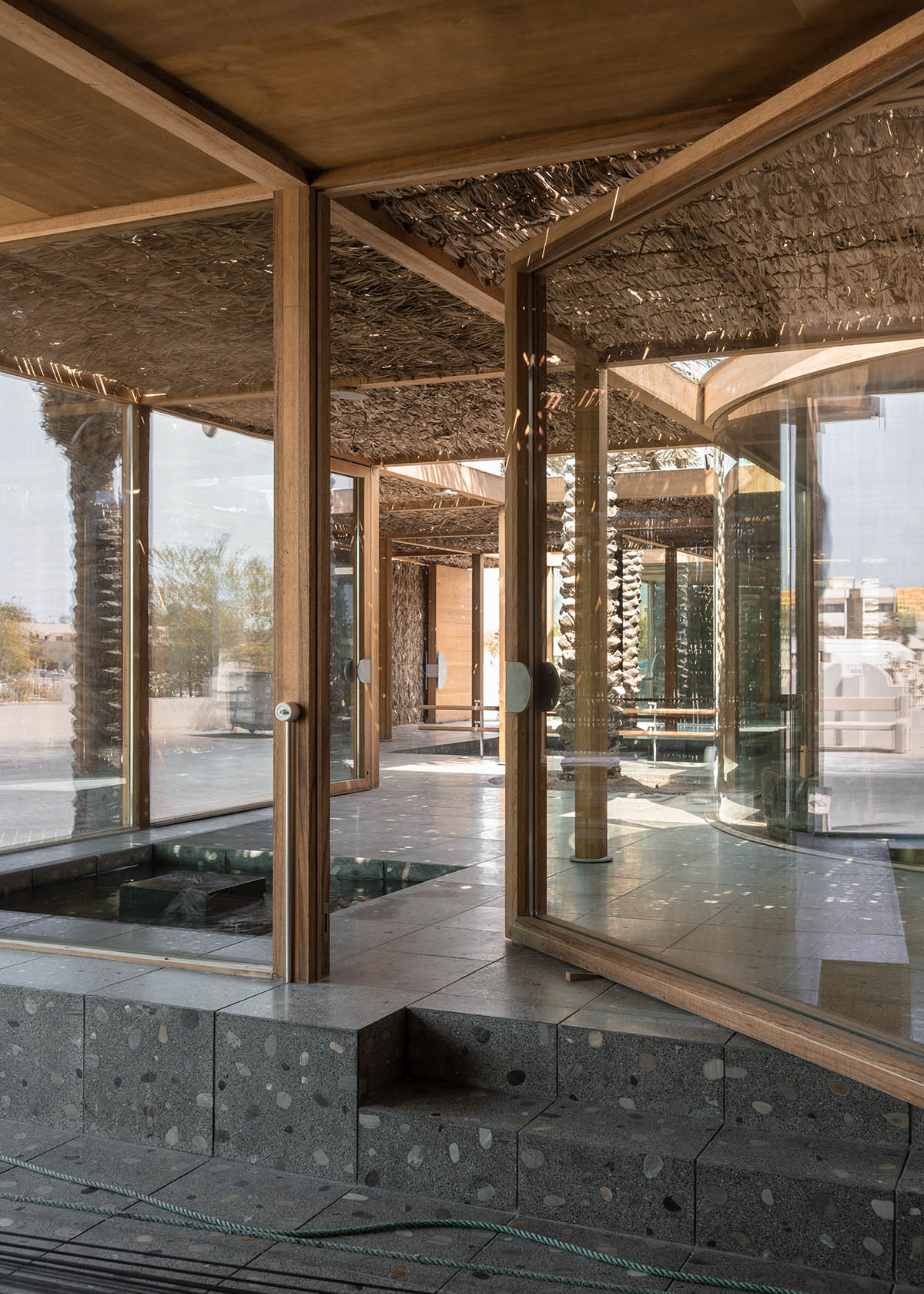 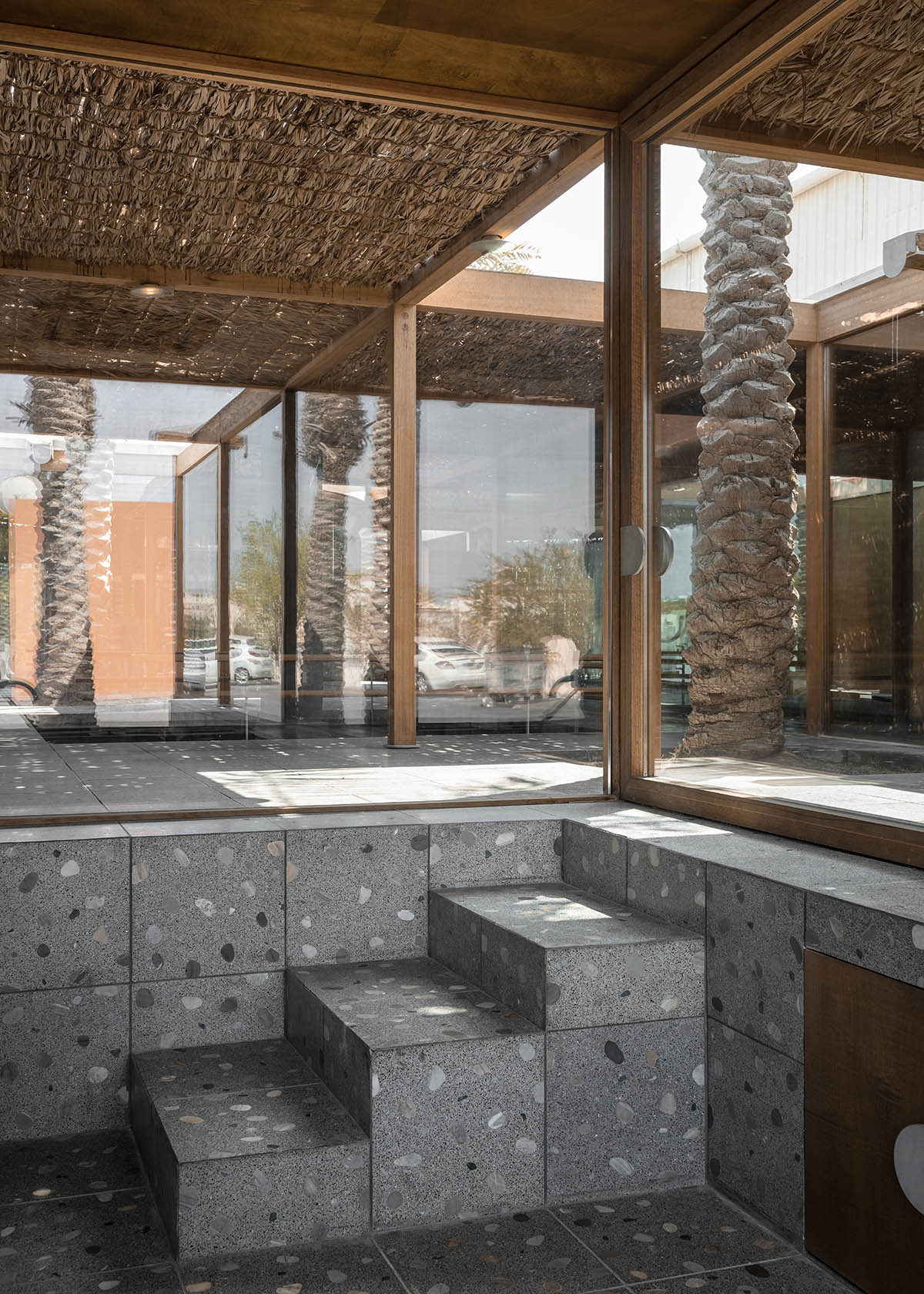 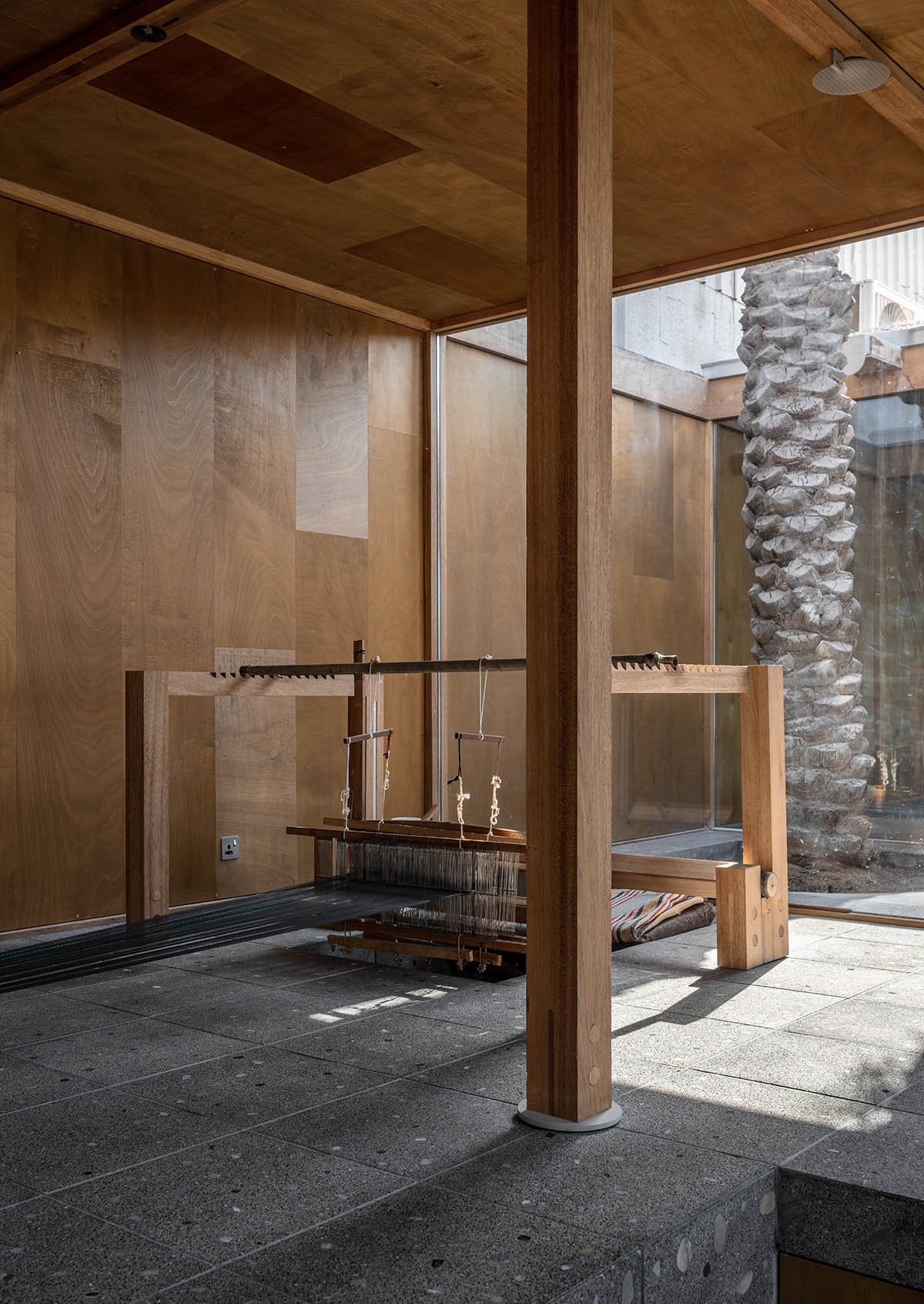 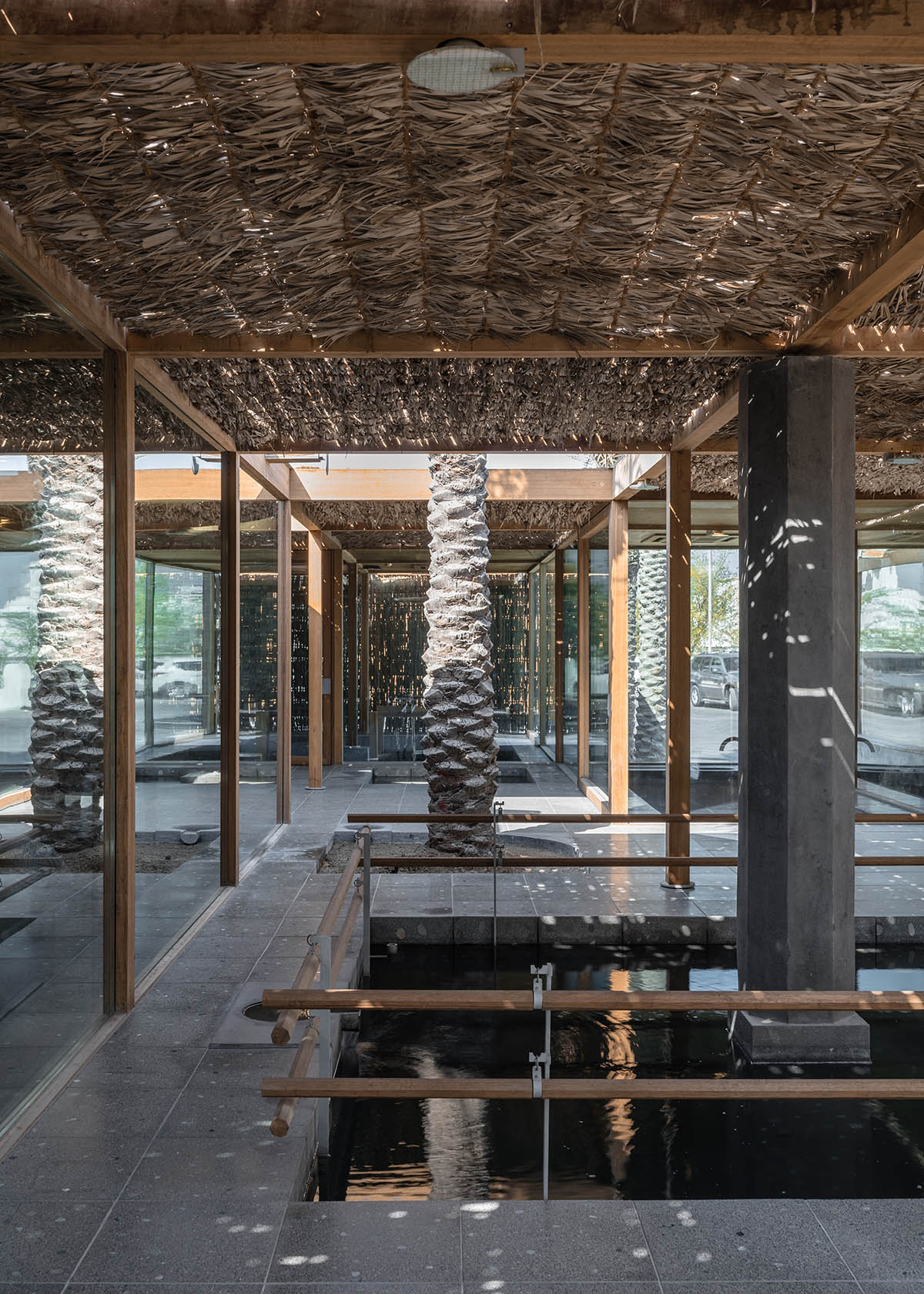 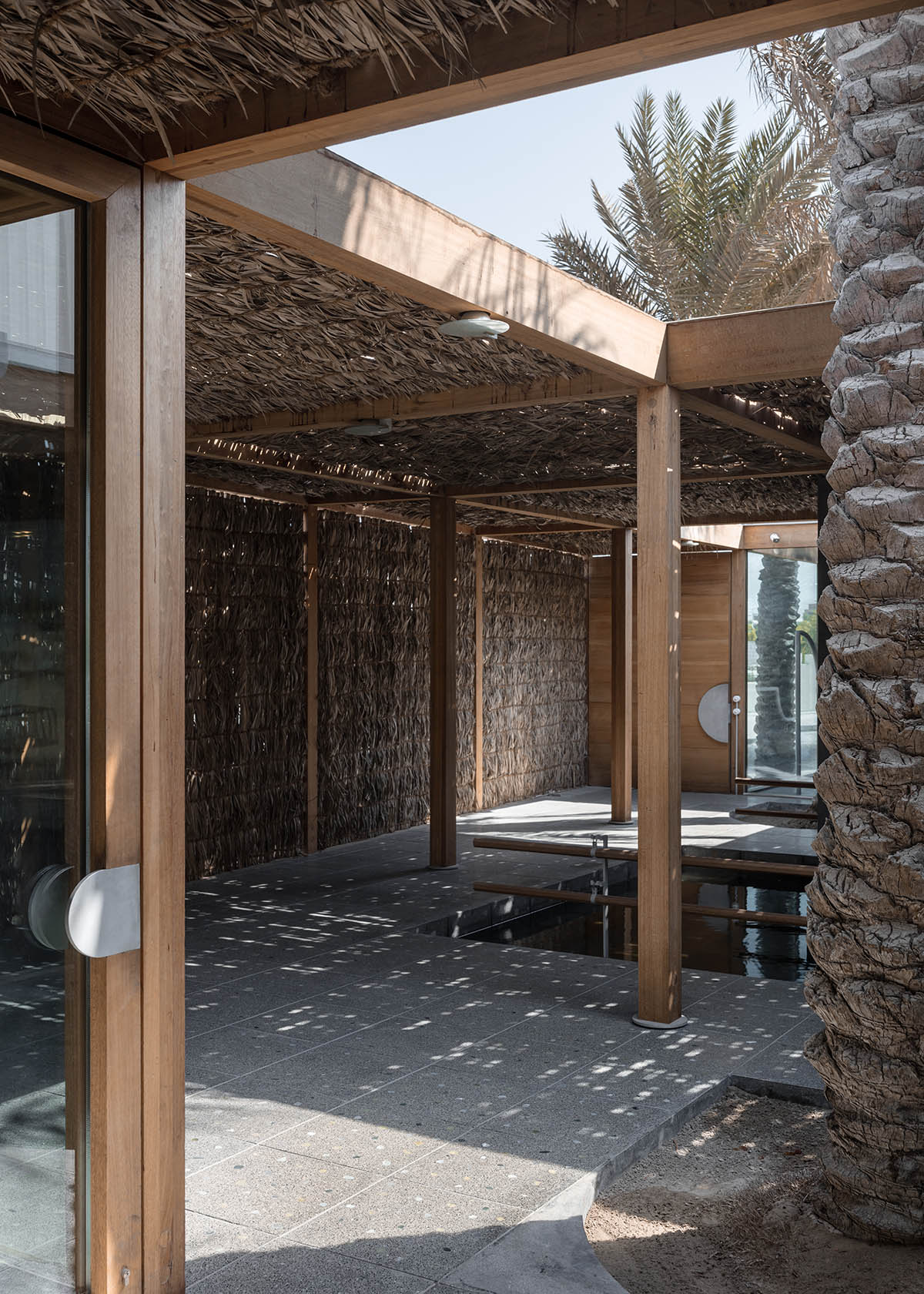 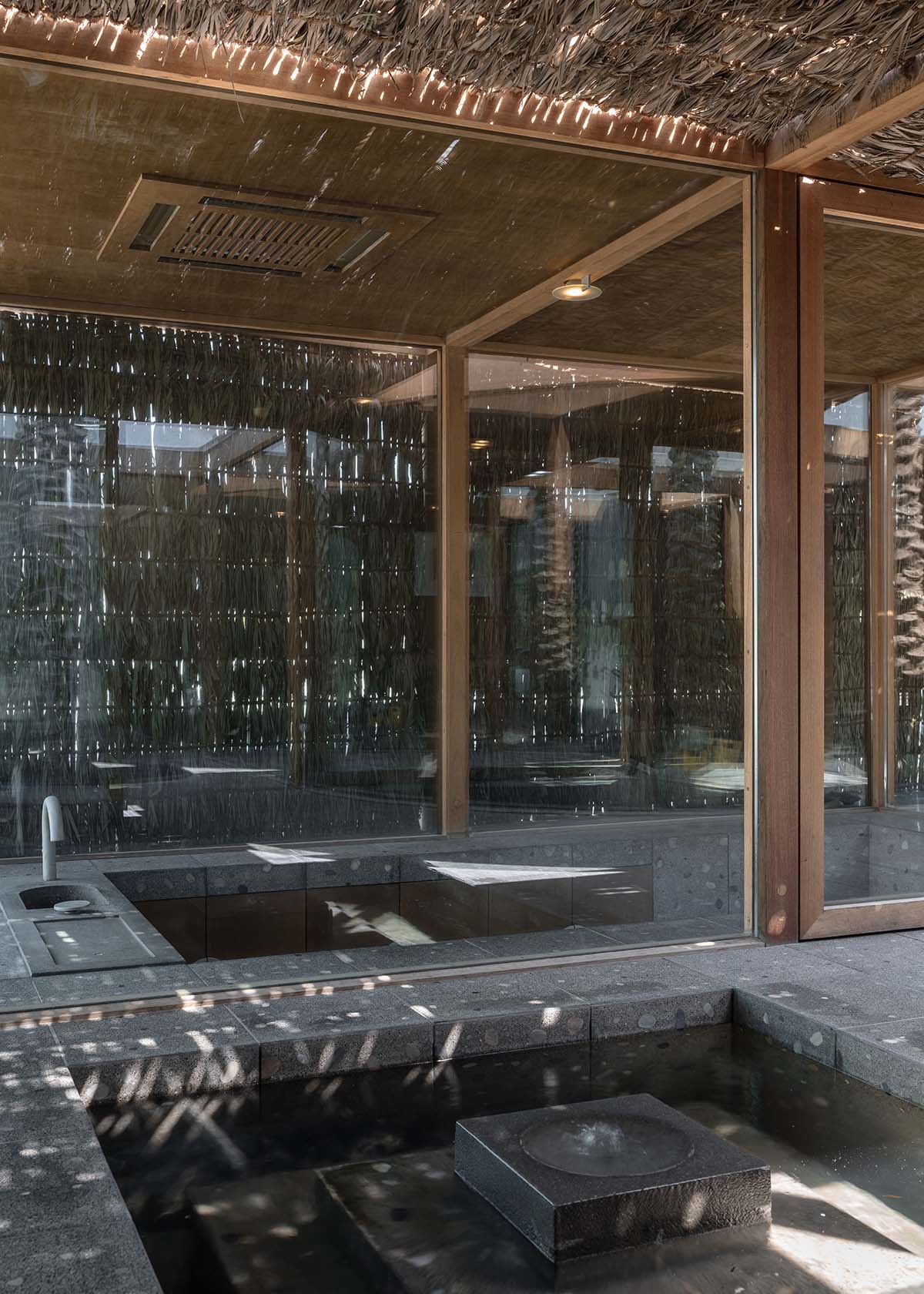 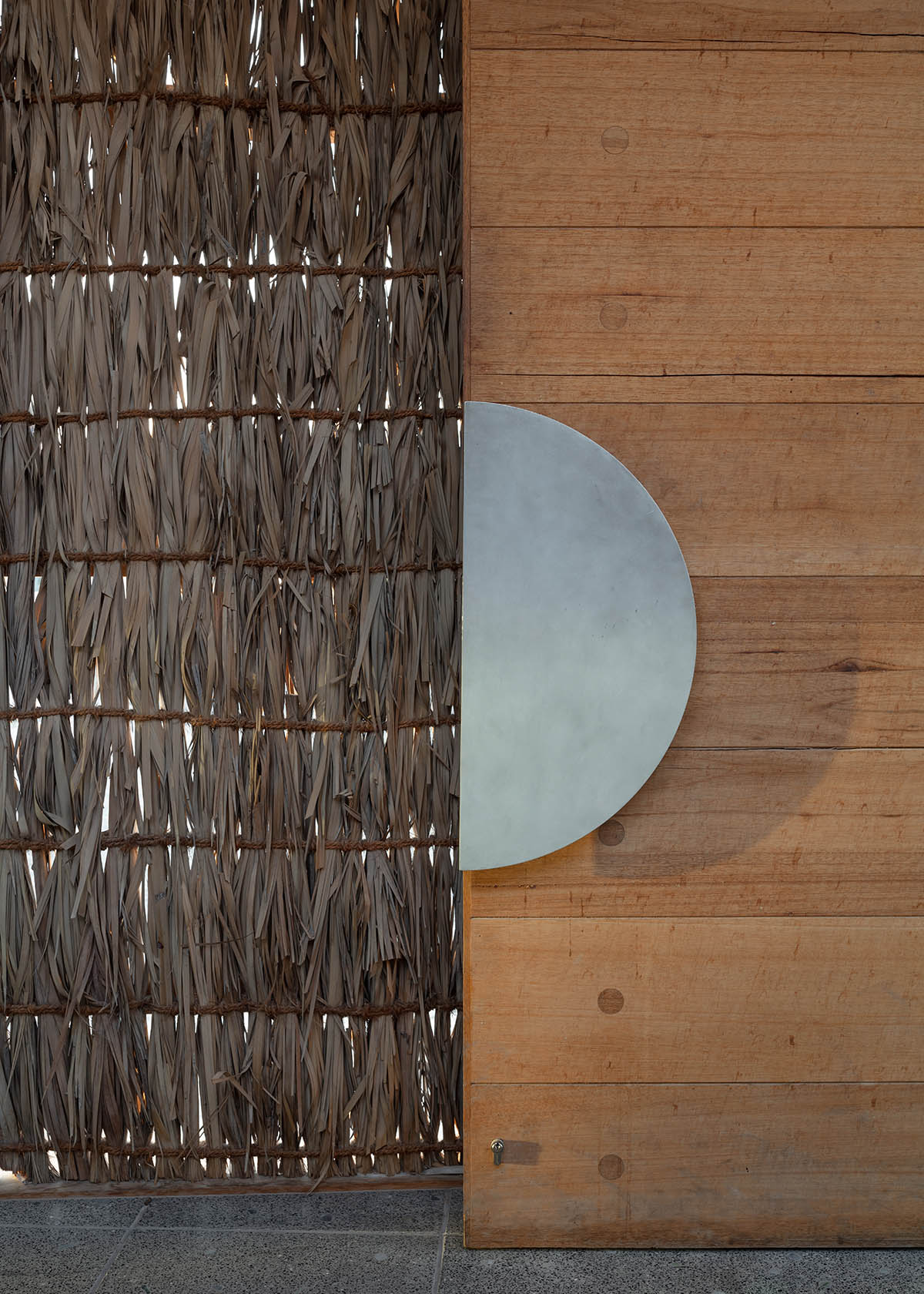 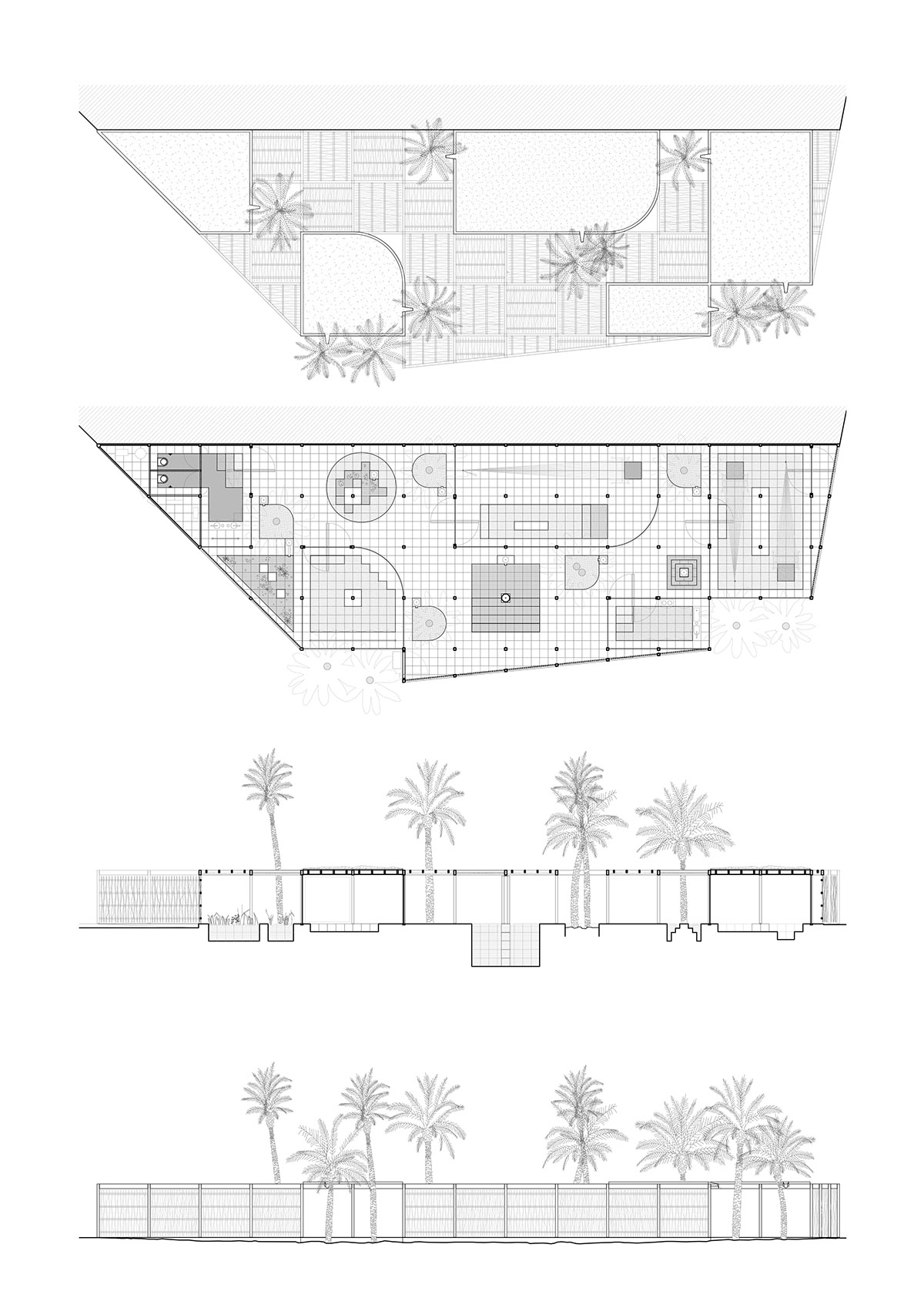 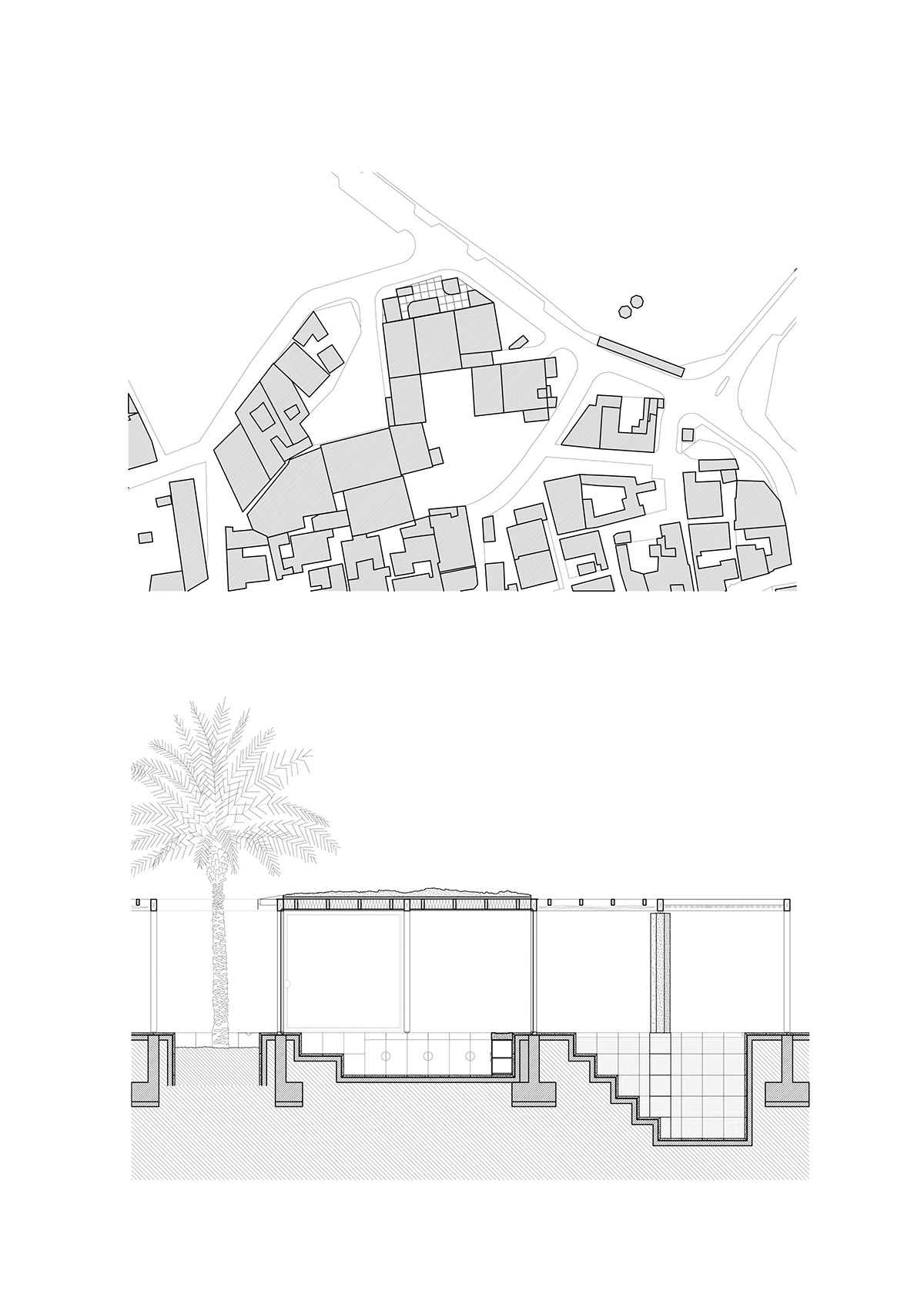