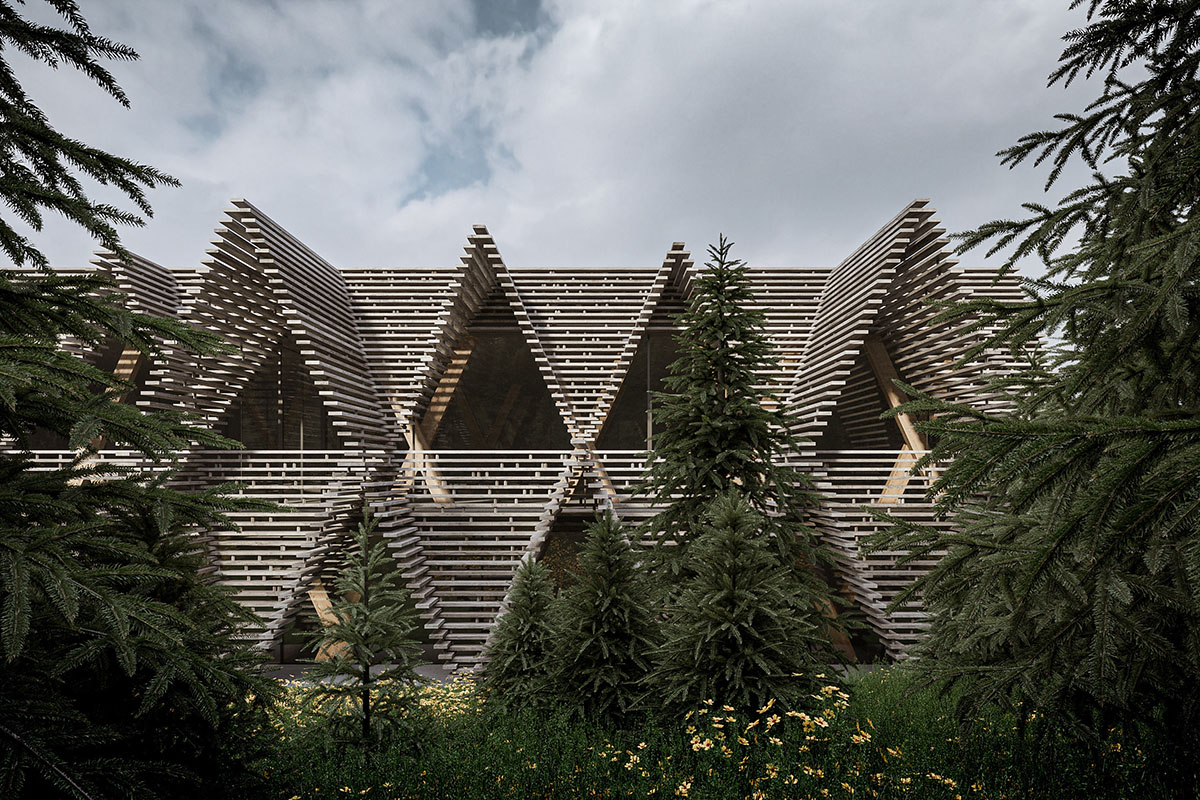 The design scheme has been proposed for the Hotel Natura, one of the first points of contact for visitors to the Rogla sports and tourist resort in Rogla, Slovenia.

Built as the final addition to a group of hotels, it represents perhaps the biggest visual departure from the recognizable expression of the previous interventions, which referenced the local, rurally developed landscape to a larger degree. 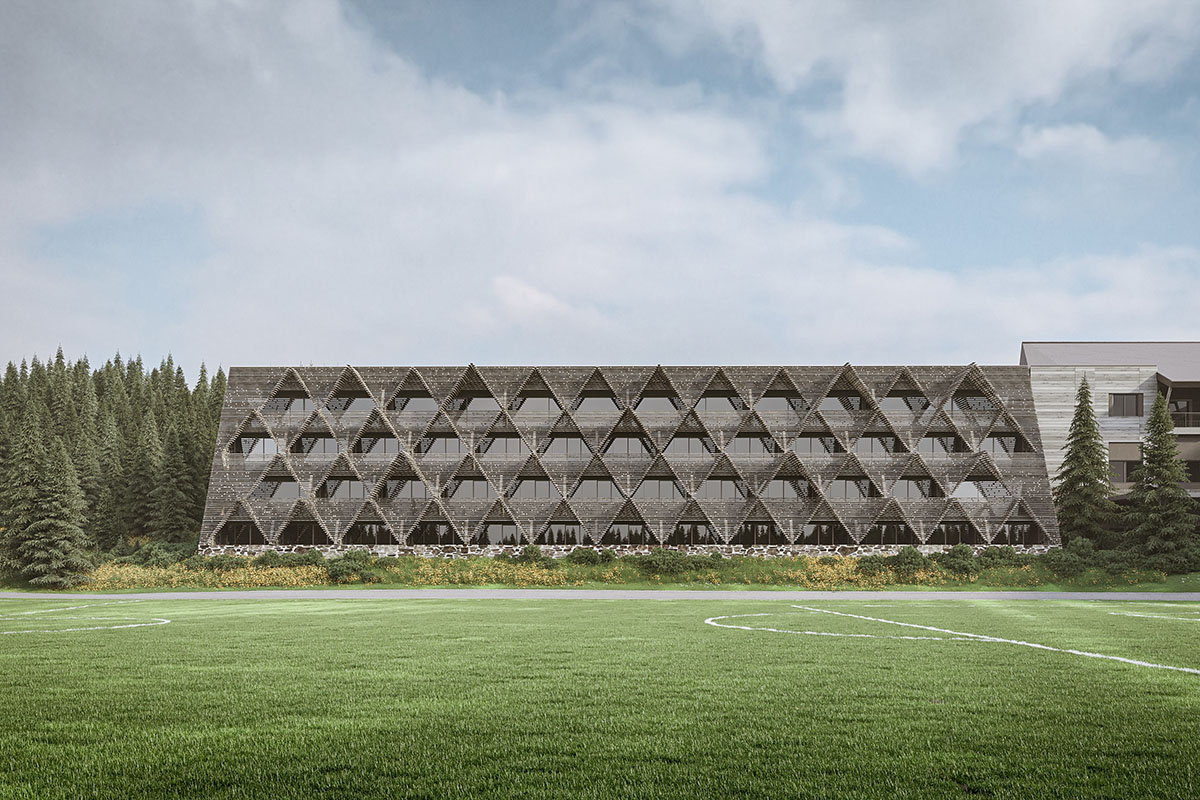 As Enota explained, Hotel Natura was designed as Rogla's highest-rated hotel, but was never fully realized.

Much of the envisioned accommodations remained unbuilt, however the investor now intends to modify its typology and to extend the hotel with the addition of multi-purpose common areas and a recreational swimming pool. 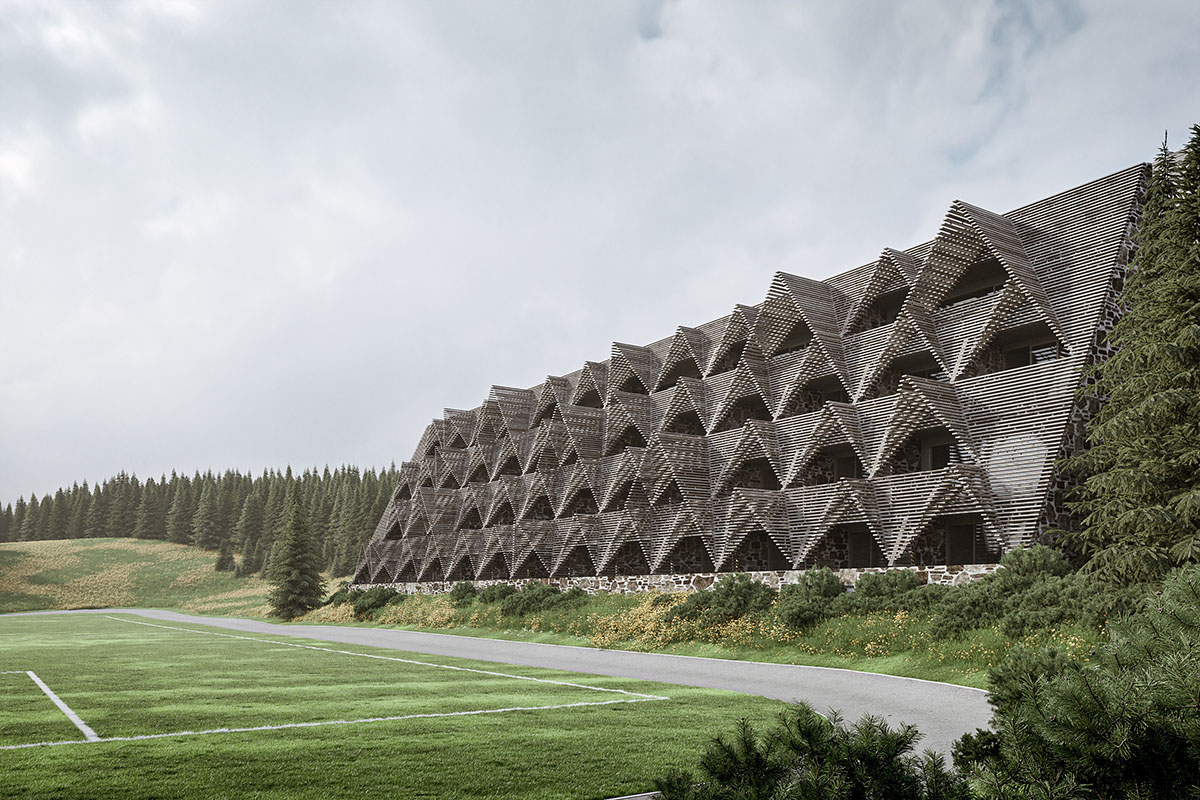 The studio devised its concept based on the question of "How does one tackle an extension where essentially half a hotel needs to be added?".

The architects responded the brief by maintaining the same design approach - in which the hotel's volume - which already stands out somewhat from the local landscape - would only become more present. 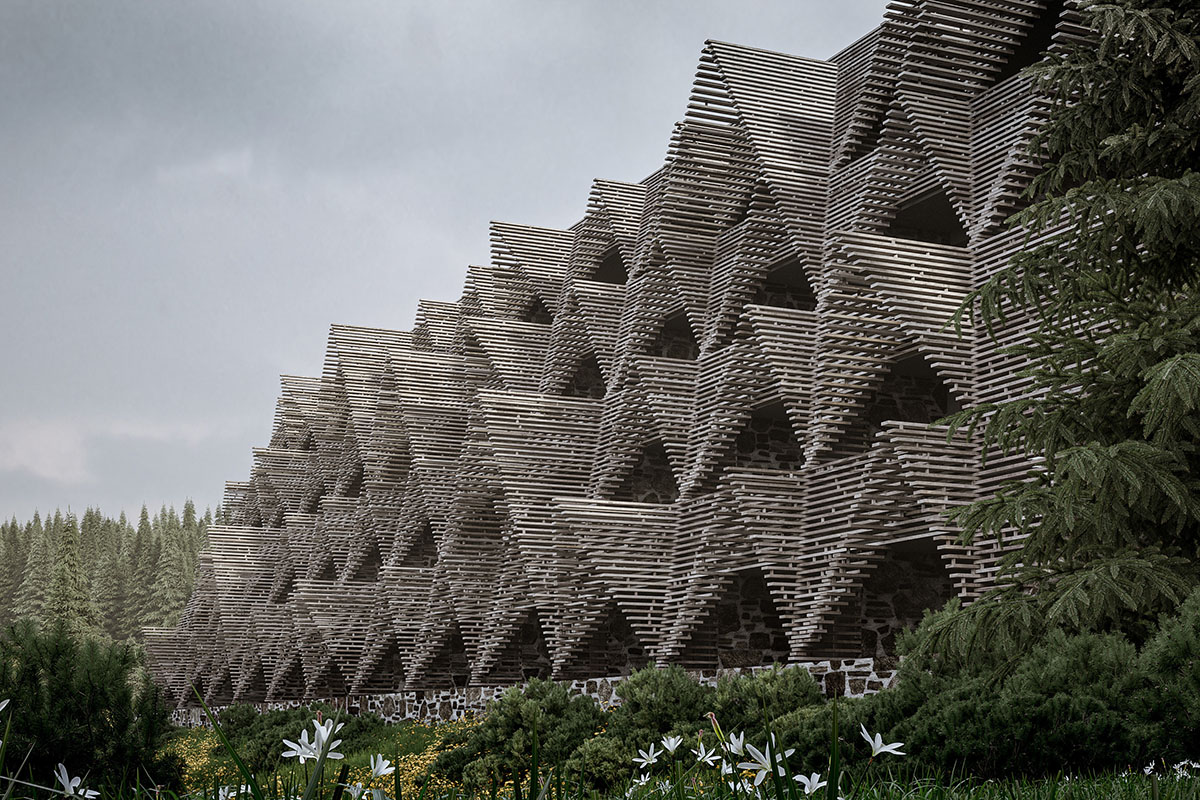 The design team designed a new section with an independent appearance, but with a logical affiliation with the existing building, presents itself as a suitable solution.

When visitors set out to the top of Rogla, their mental image of the landscape is rather romantic: a snowbound chalet in the middle of pristine, unspoilt nature. 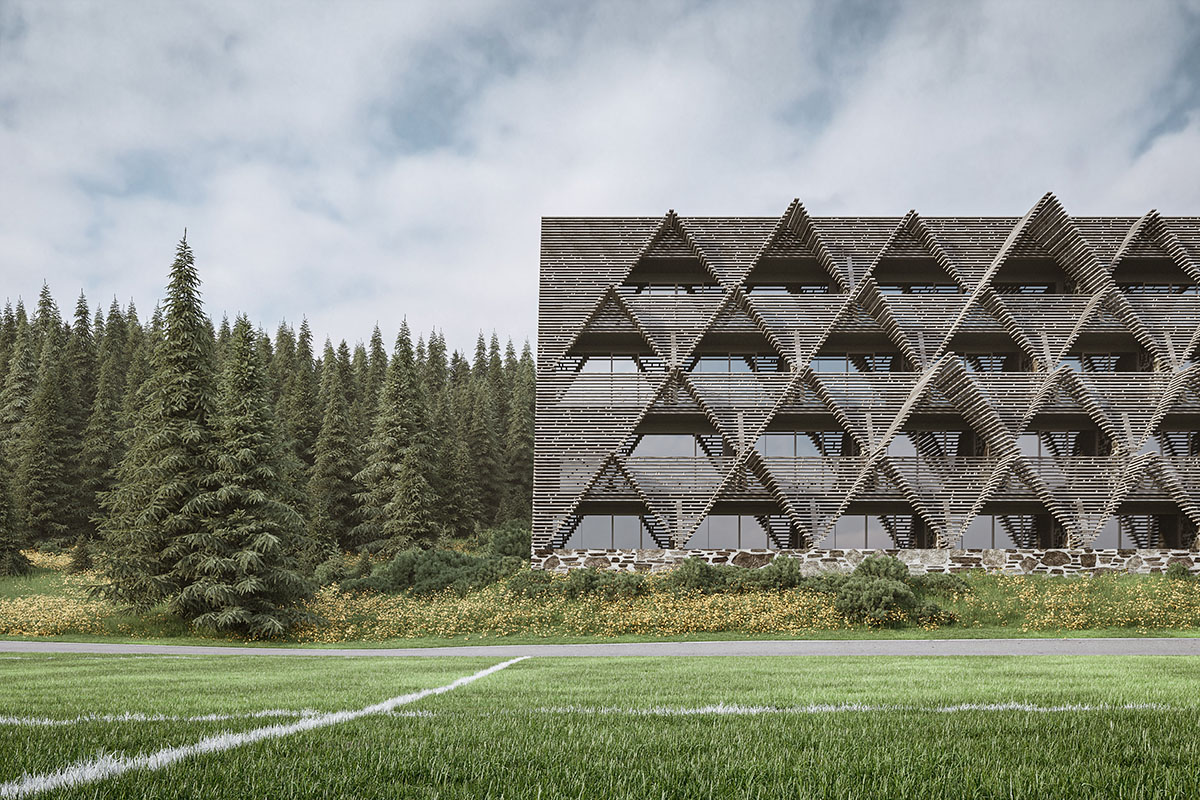 According to the studio, "the real-world needs of an accommodation provider are obviously different - to supply as much accommodation as possible, with balconies, the appearance and scale of which have little in common with that of the solitary chalet."

That approach informed the decision to connect the "unconnectable", and the studio aimed to make the facade become the roof.

The hotel's façade is visually transformed into a timber gable roof, referencing historically to the existing character of the environment. 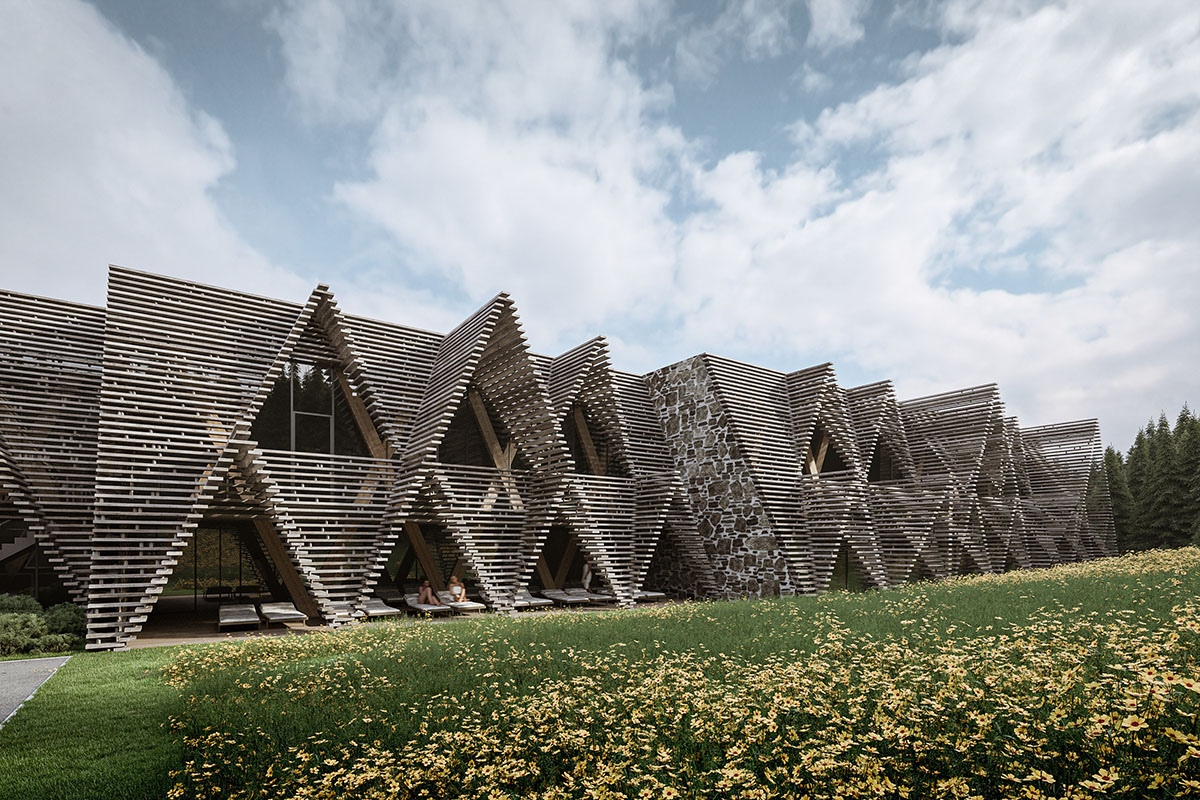 The timber on the facade is freely stacked and unprotected, allowing it to age and coalesce with the appearance of the surrounding landscape. The new addition therefore doesn't reference the existing building as much as it does the surrounding forest and traditional rural development.

The interior organization of the program offers a clear division between the public and the accommodation sections. 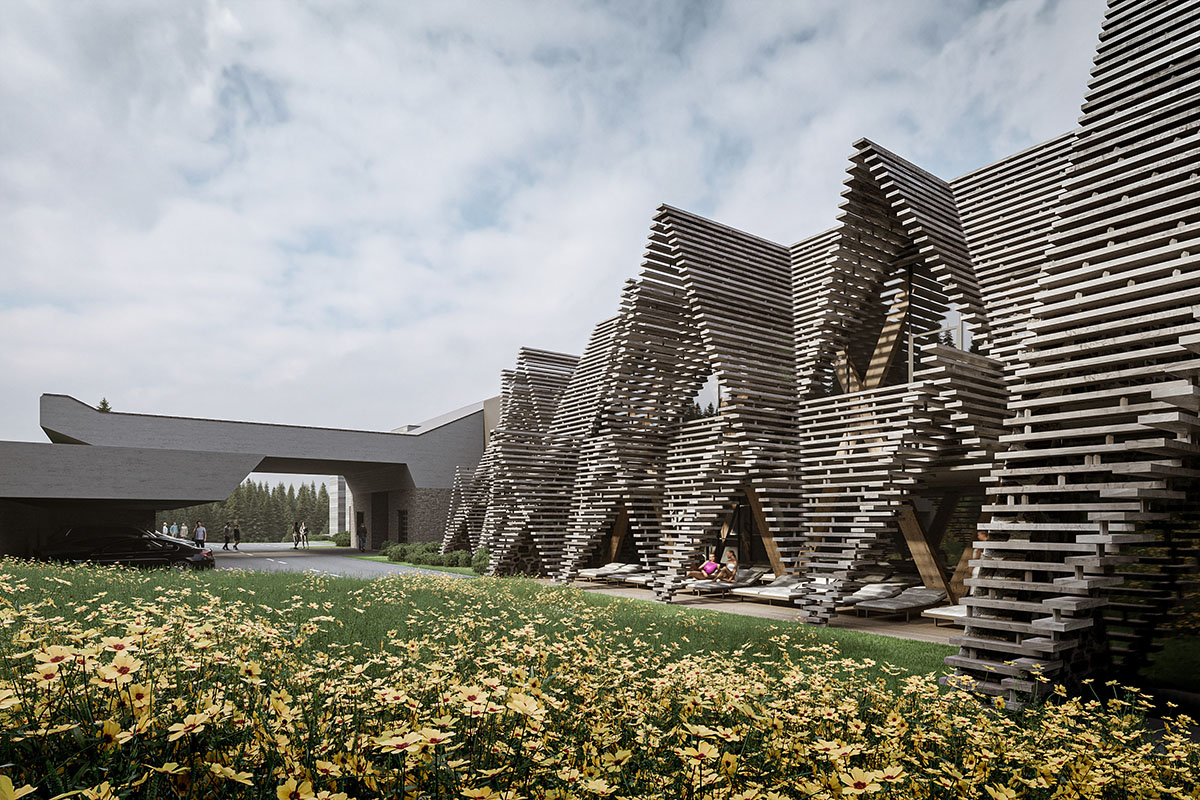 The entire public program features taller storeys that open toward the forest hinterland to the north, while all of the guestrooms feature slightly lower ceiling heights and are oriented toward the ski stadium to the south.

The differences in floor heights are bridged by a new staircase established as a "vertical hall", as well as a new double-sided lift.

Such design lends itself to attractive interior spaces offering abundant crossviews and natural lighting, including in the corridors. 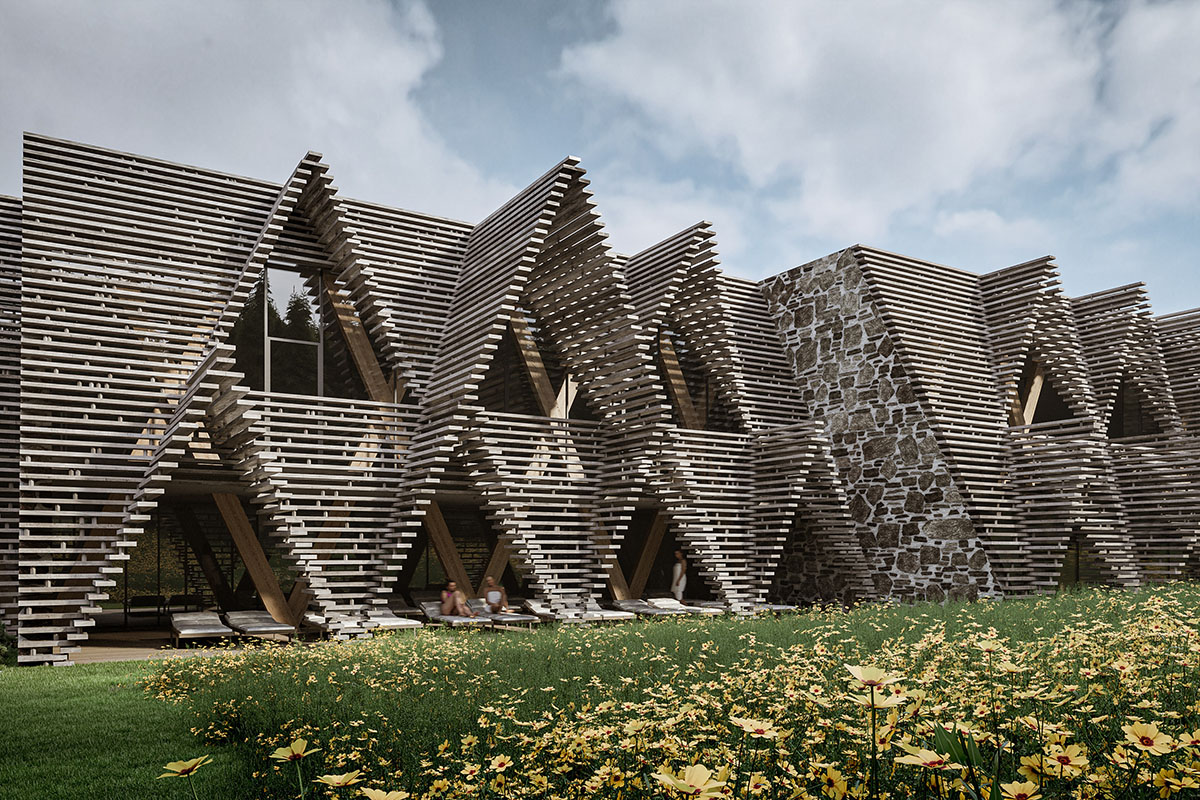 Despite establishing a clear separation between the public and  accommodation sections, they may also be reconnected in instances when the entire annex or its individual self-contained sections is rented out. 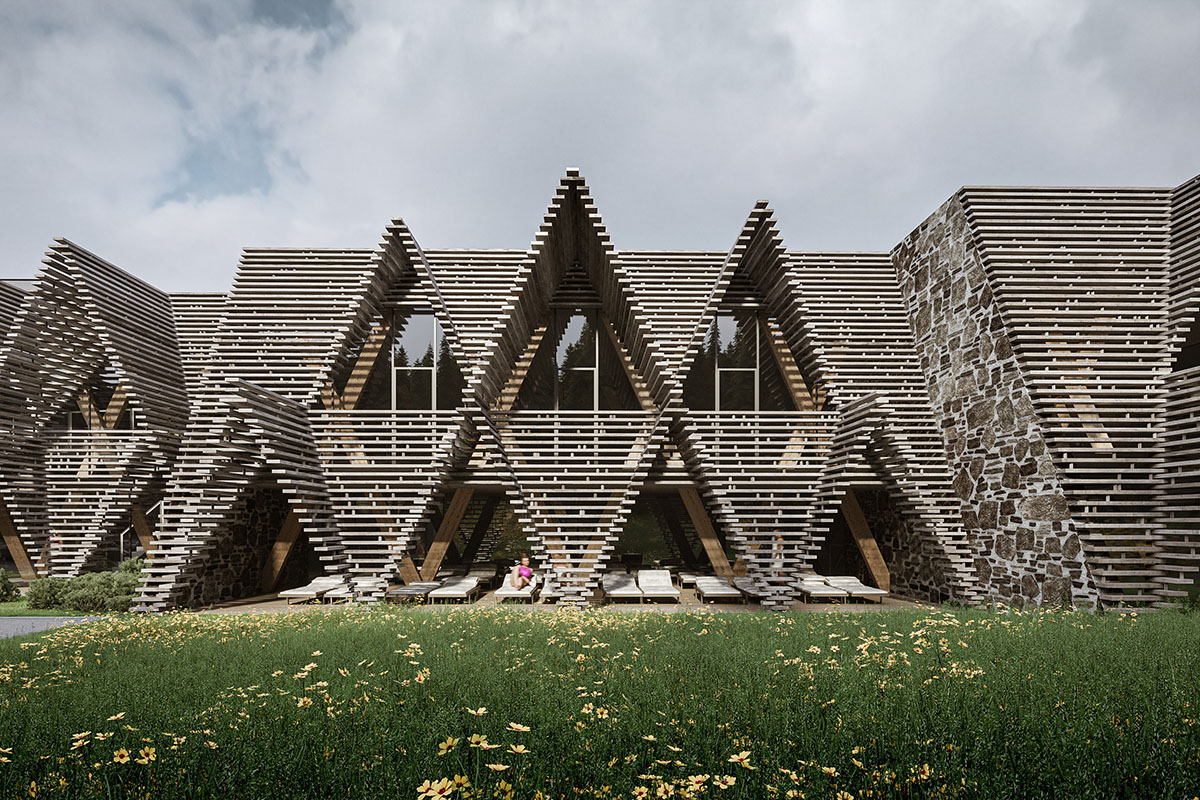 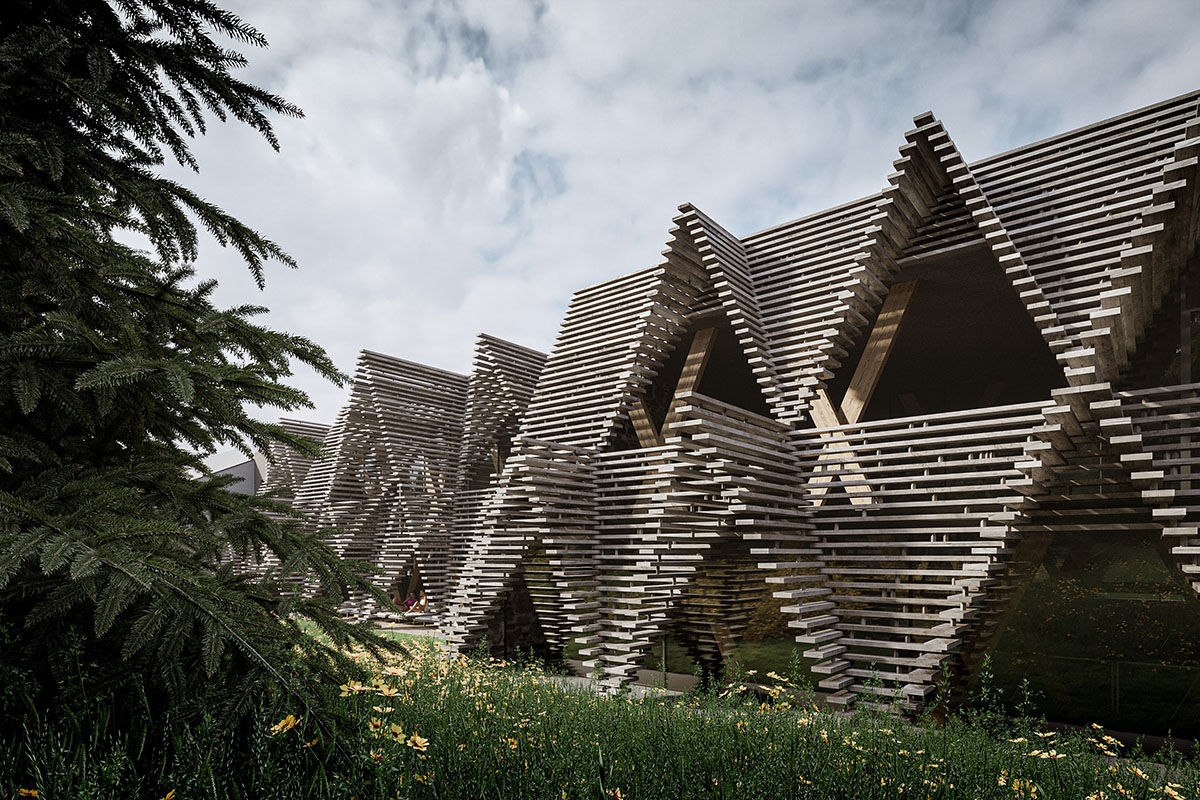 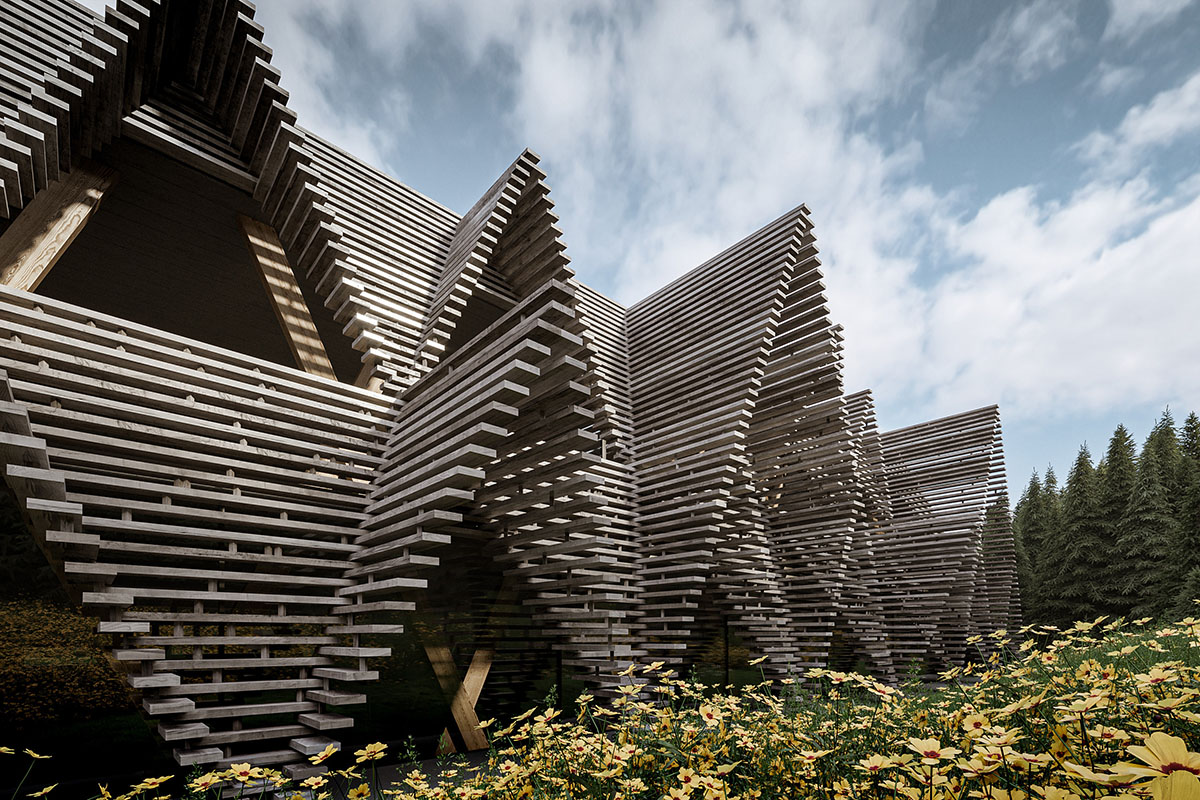 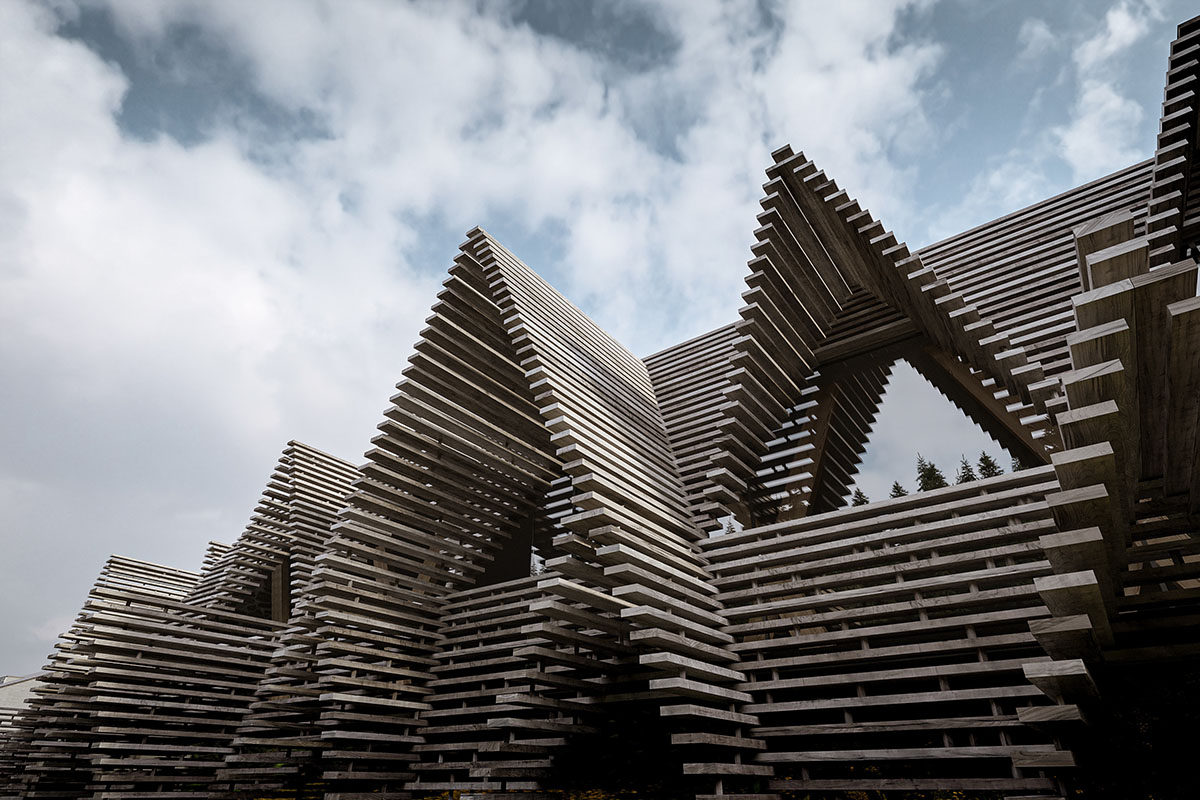 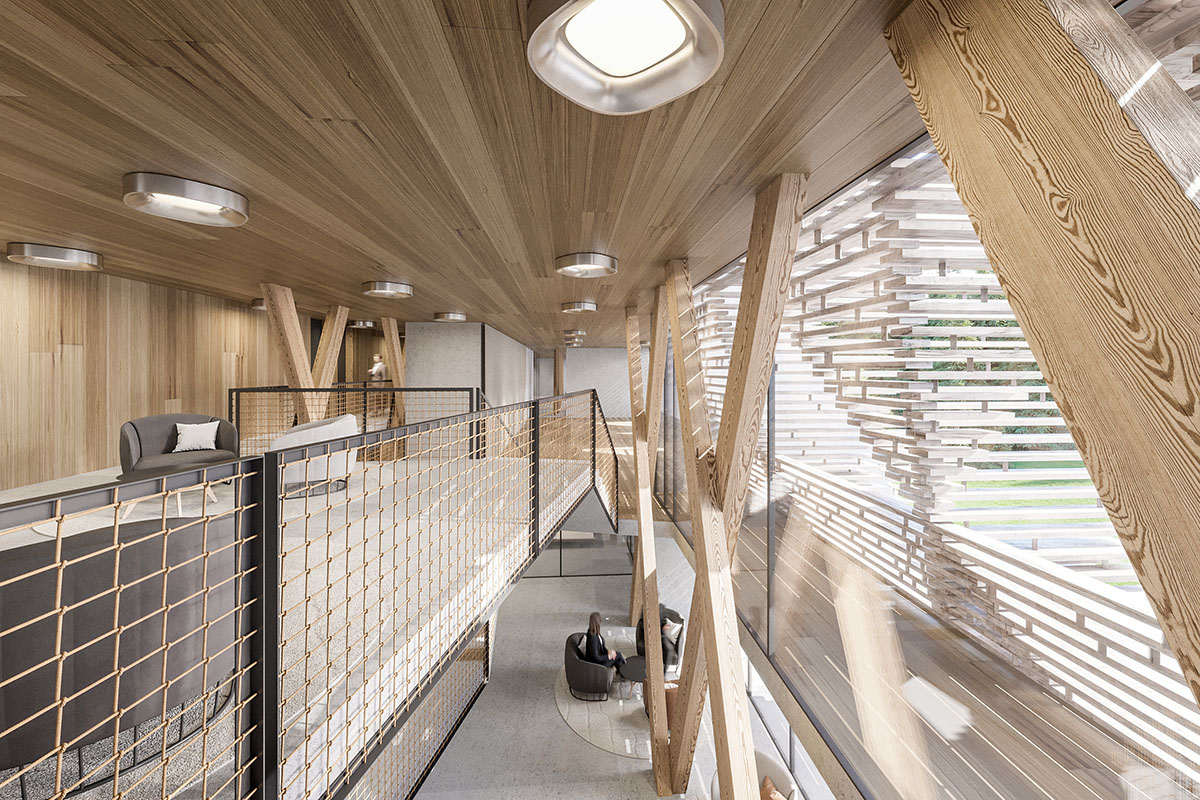 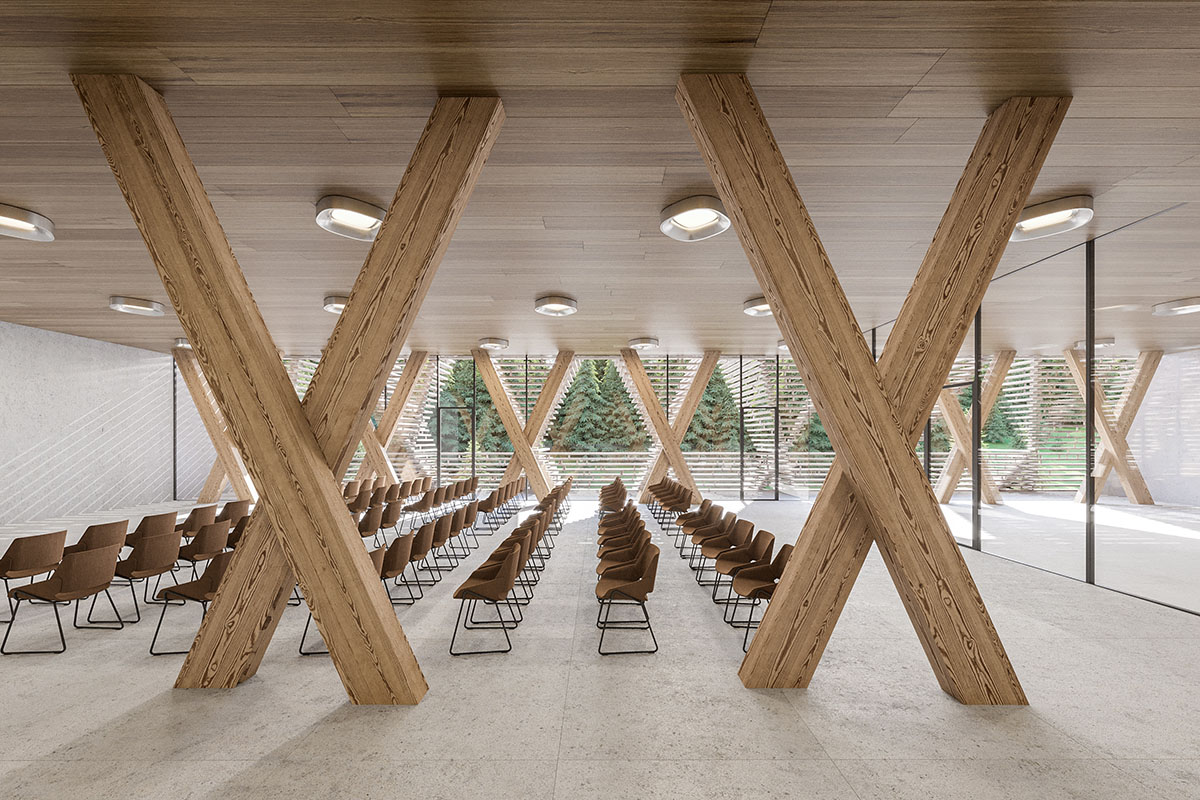 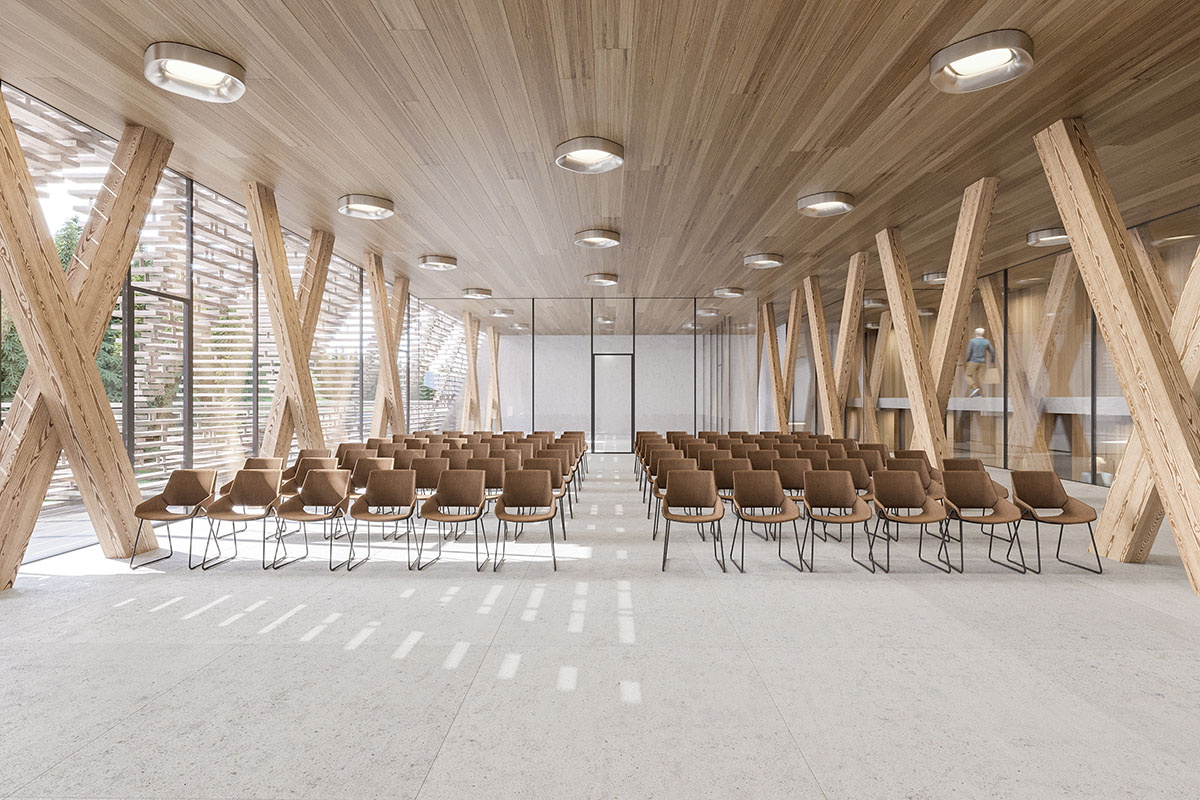 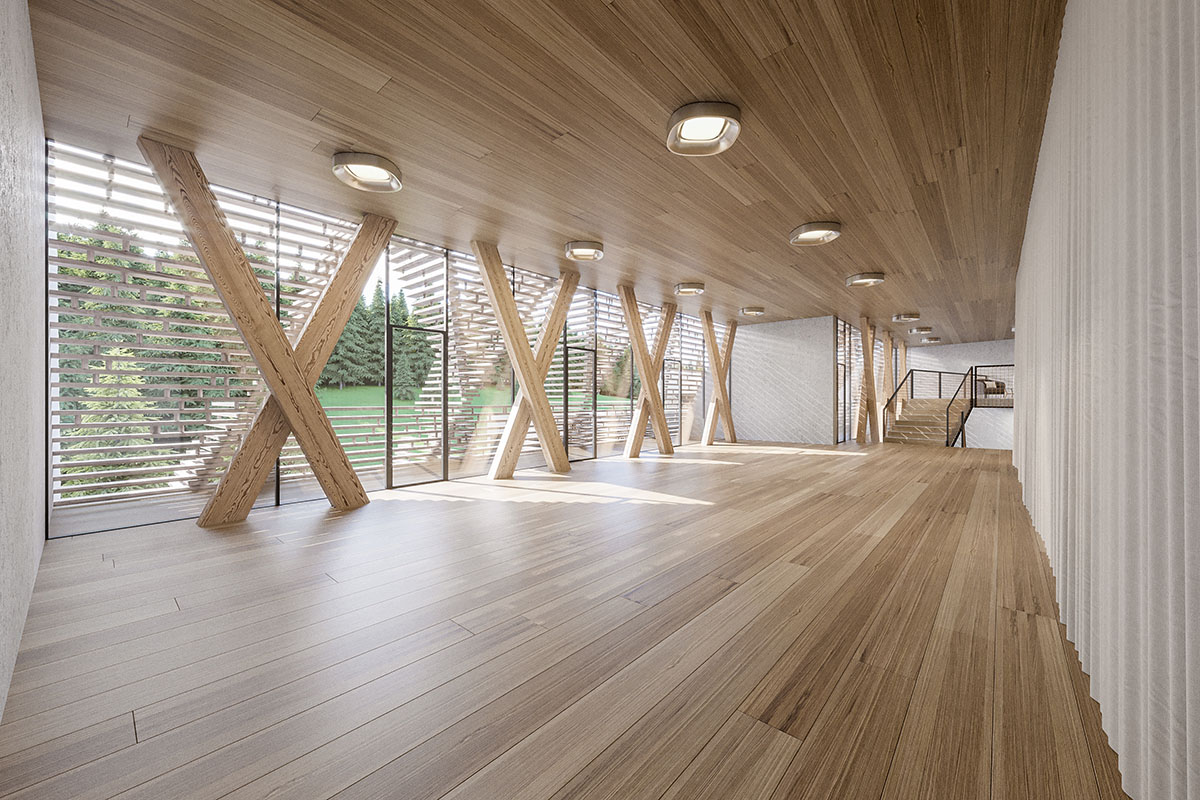 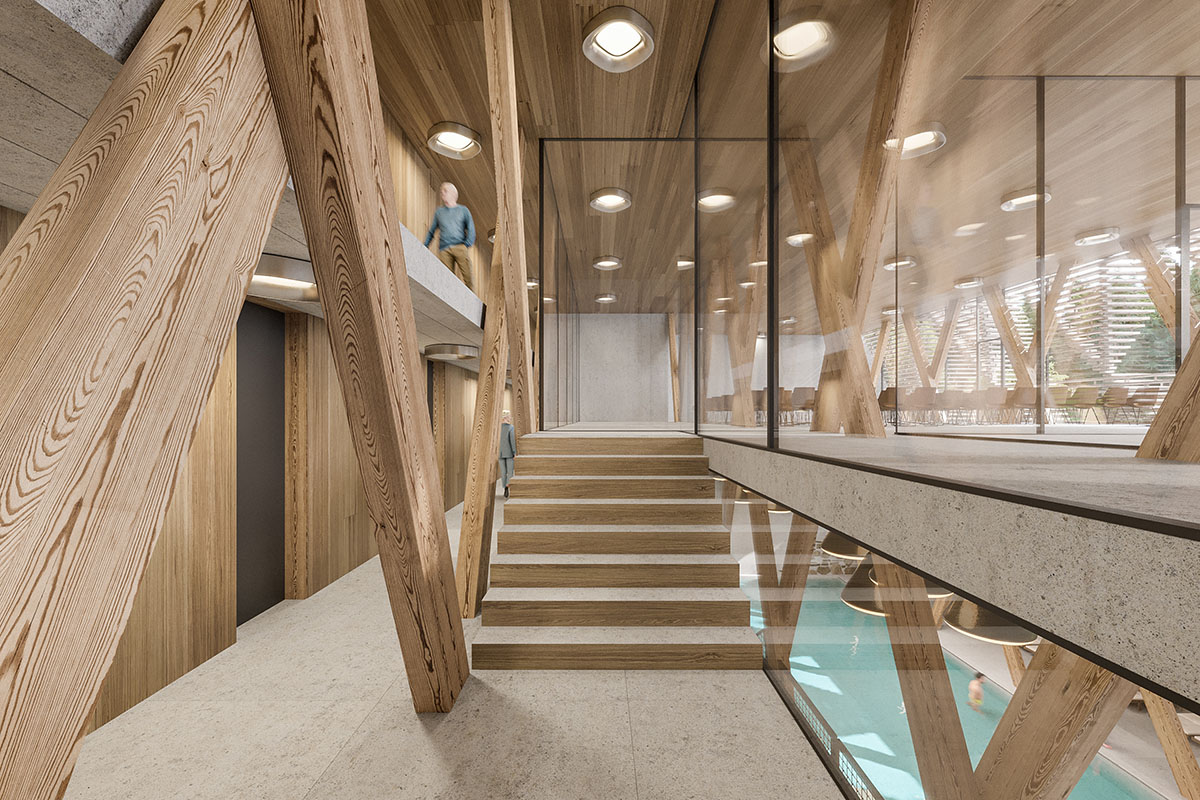 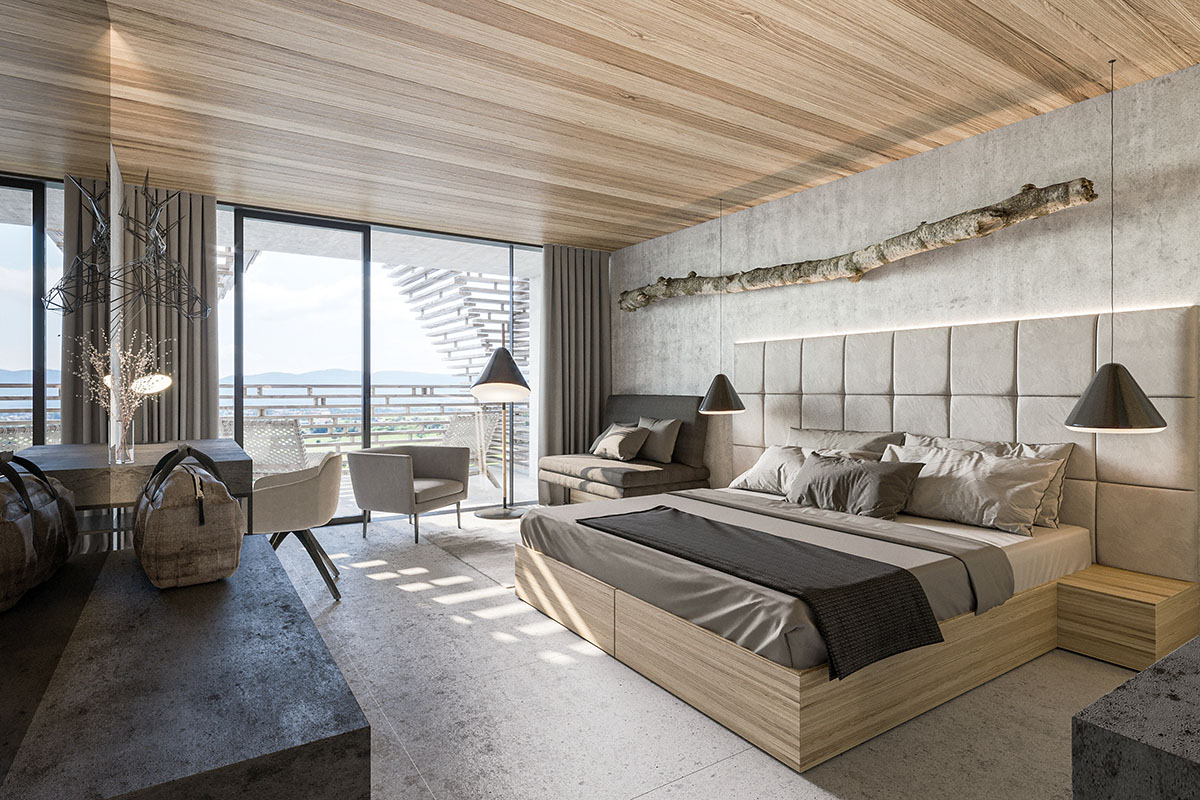 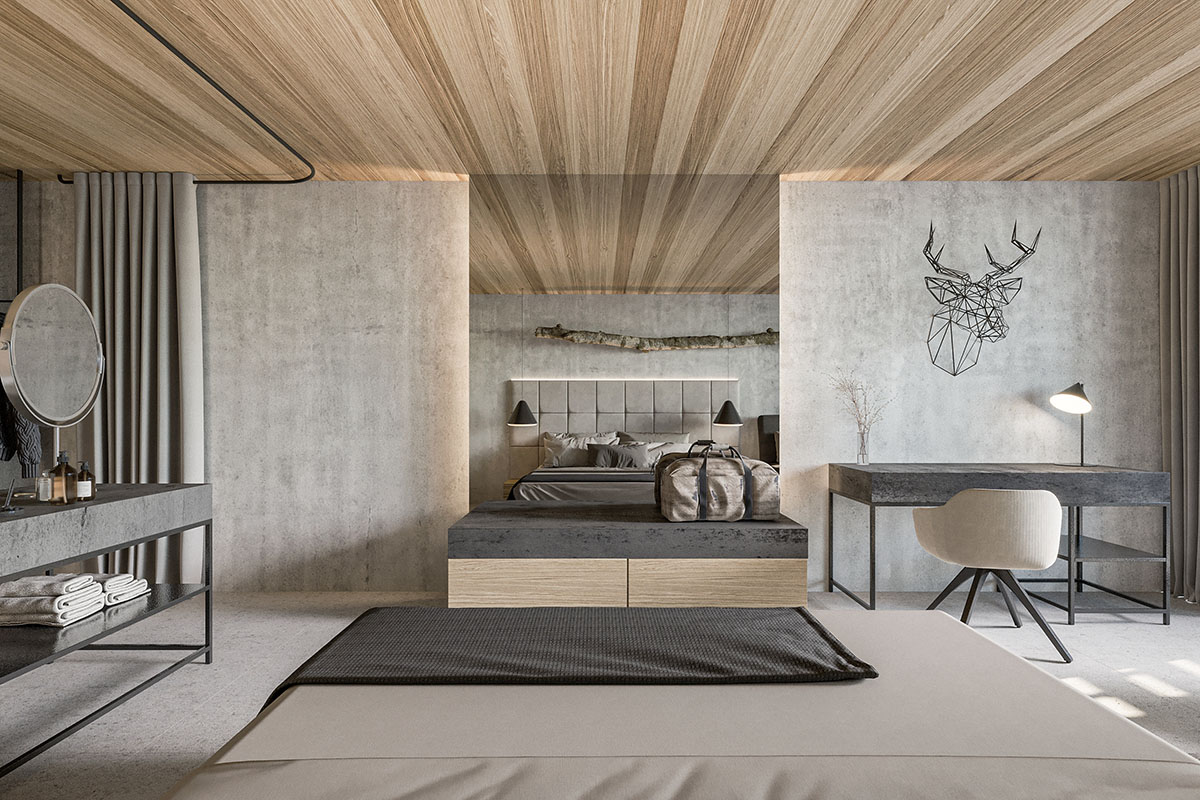 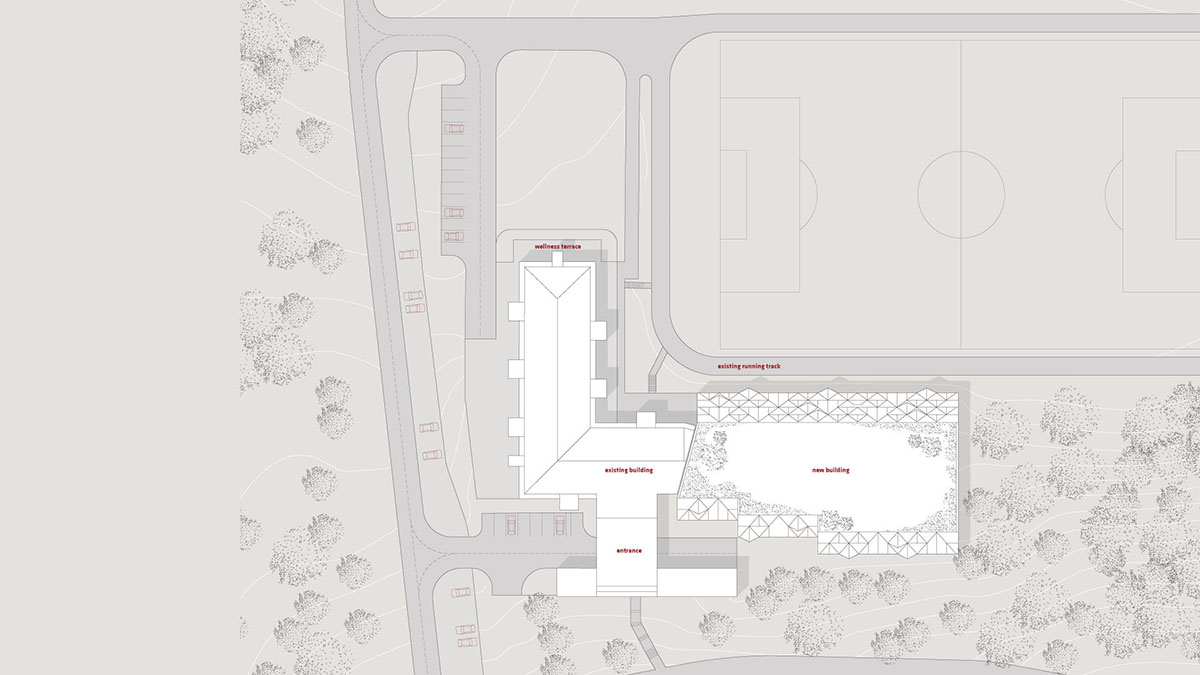 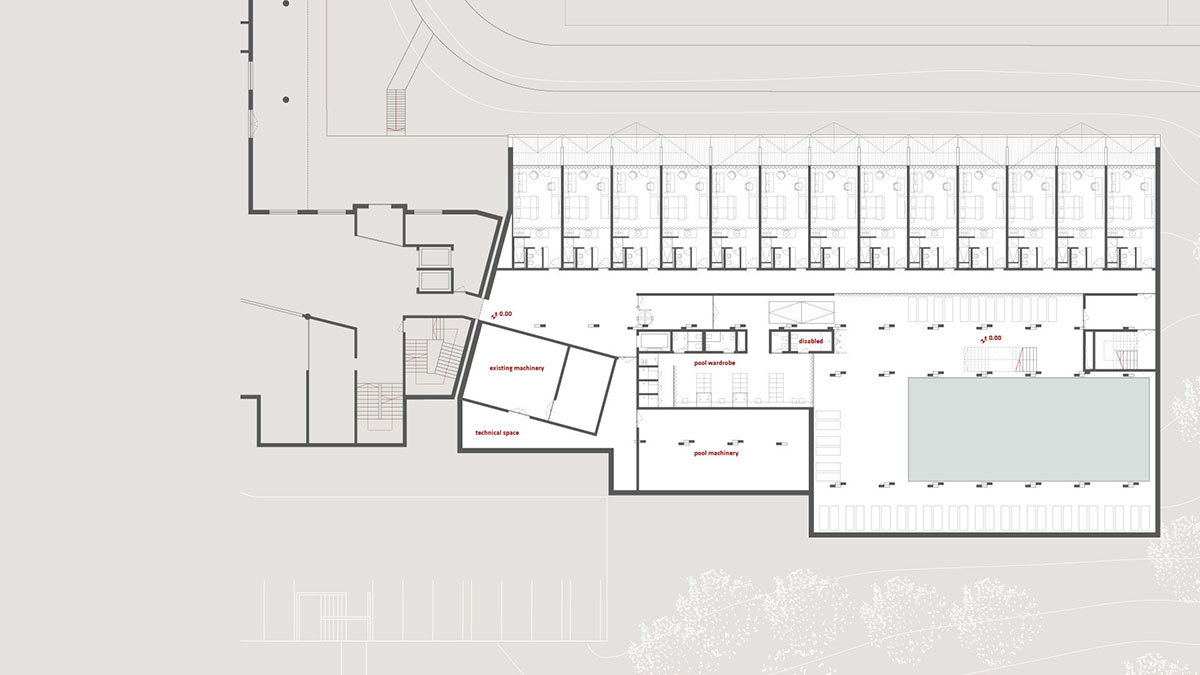 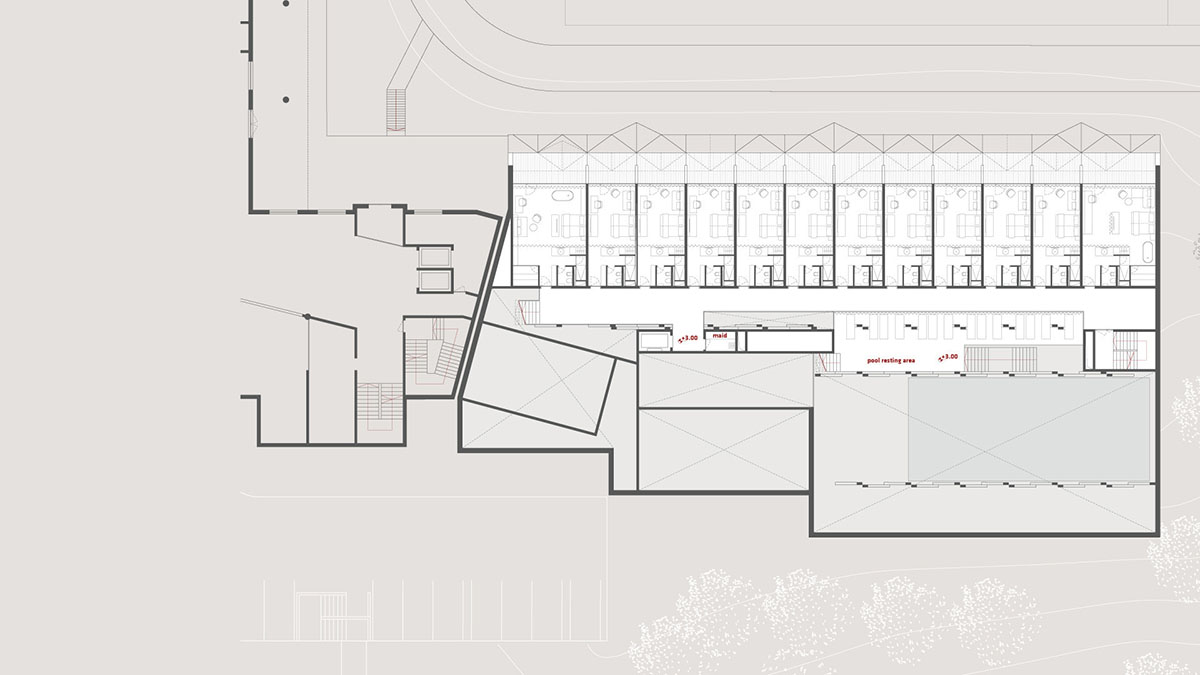 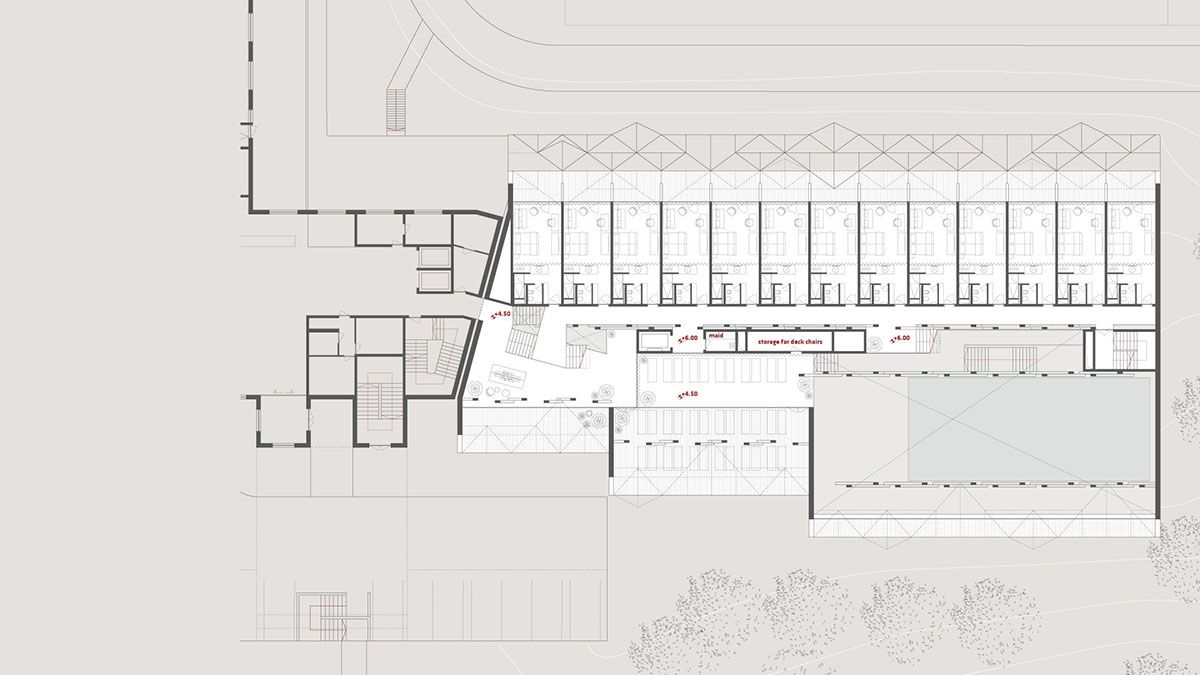 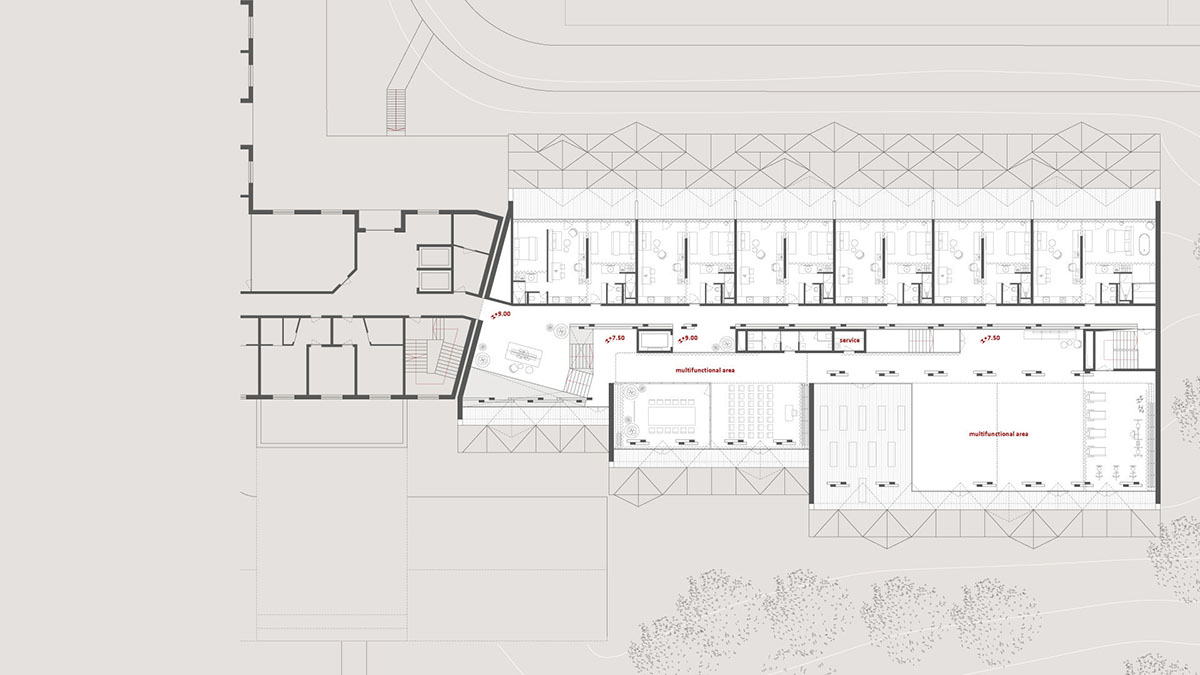 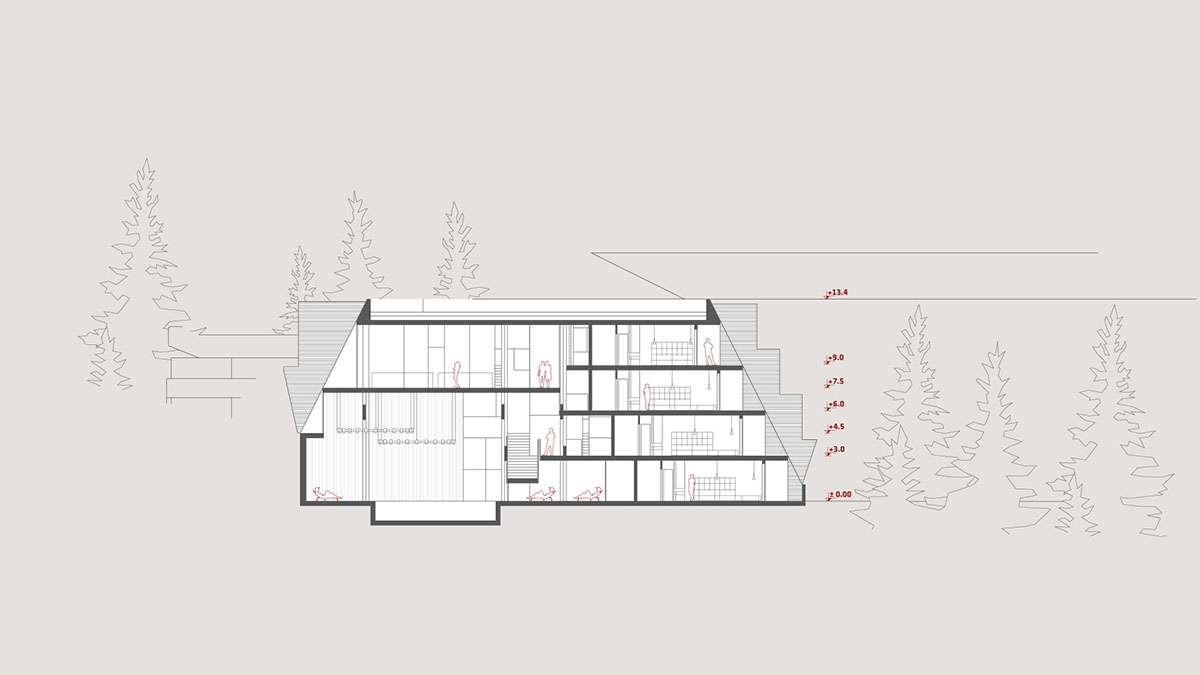 Enota also completed a hotel encapsulated by "aggressive façade" made of interwoven white fences in Lipica, Slovenia. Enota is designing an extension for a new pool & wellness building of Hotel Kardial in Banja Vrućica, Bosnia and Herzegovina.

Slovenian architecture firm Enota was founded in 1998 by Dean Lah and Milan Tomac. The studio's projects are based on a collective approach for the development of architectural and urban solutions.