Casa Santos, made of cuboid modules, creates aesthetic harmony with the desert in Mexico 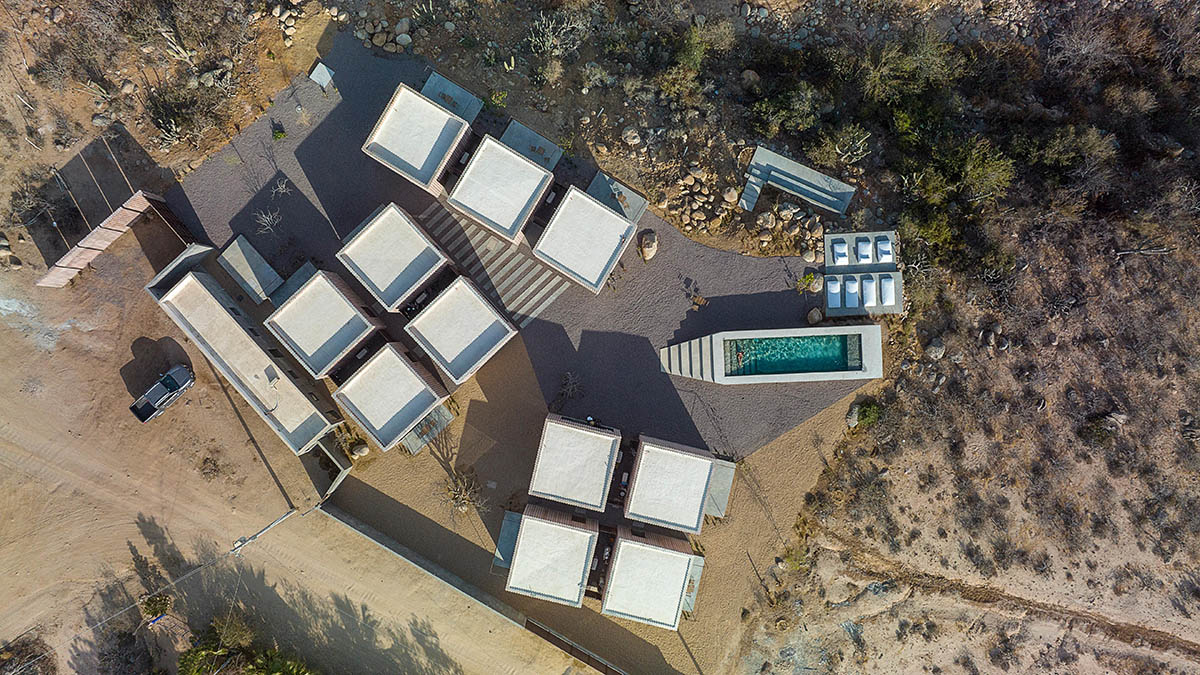 Named Casa Santos, the project, located on a compact plot of 2,000 square meters in Todos Santos, Mexico, is made up of three houses distributed in eleven standard modules in which each module covers an area of 25 square meters.

Taking inspiration from the area where is situated, Casa Santos emerges as "an exploration of the possibilities of concrete" to offer community and sustainability in aesthetic harmony with the desert. 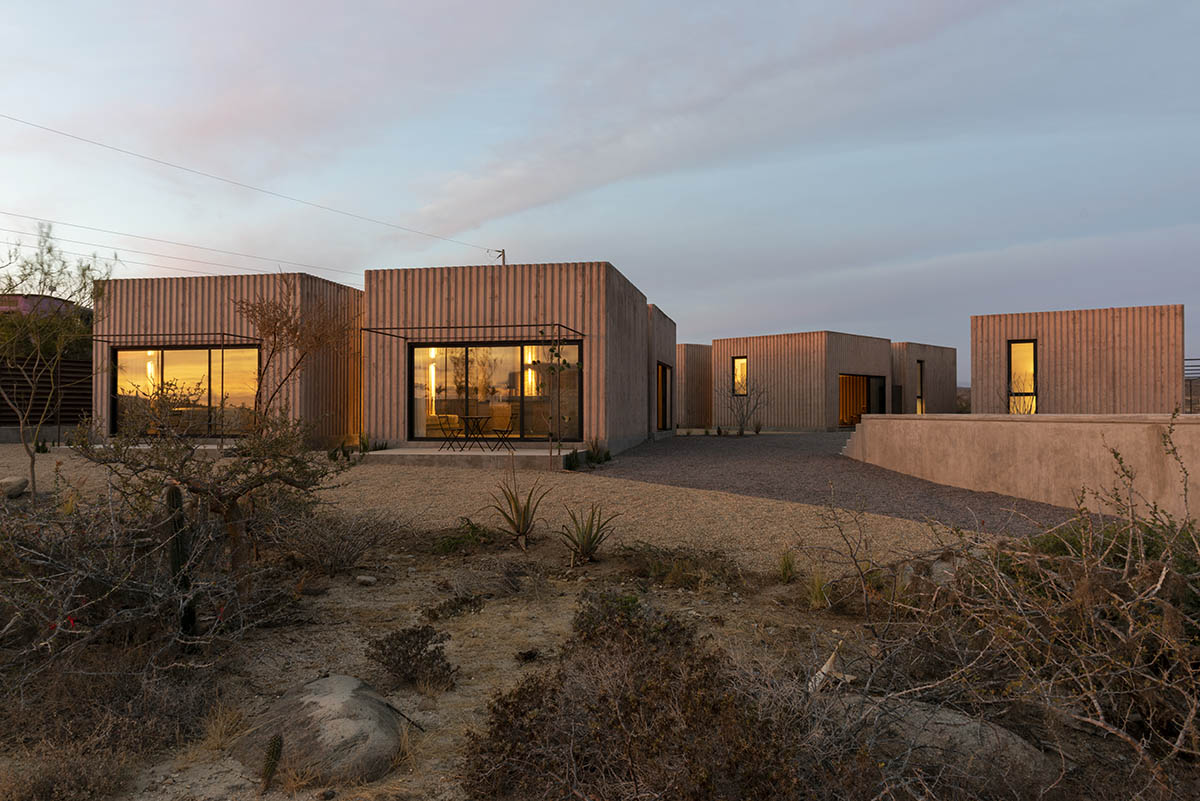 The architects Maria Gomez, Giovanni Ocampo and Héctor Coss conceived each module to incorporate a private room, a bathroom or a public living area where these three elements are combined carefully.

Each module is a separate dwelling and interacts with each other. The modules are also shaped through passages, alleys, patios and squares that emulate trace of a medieval town. 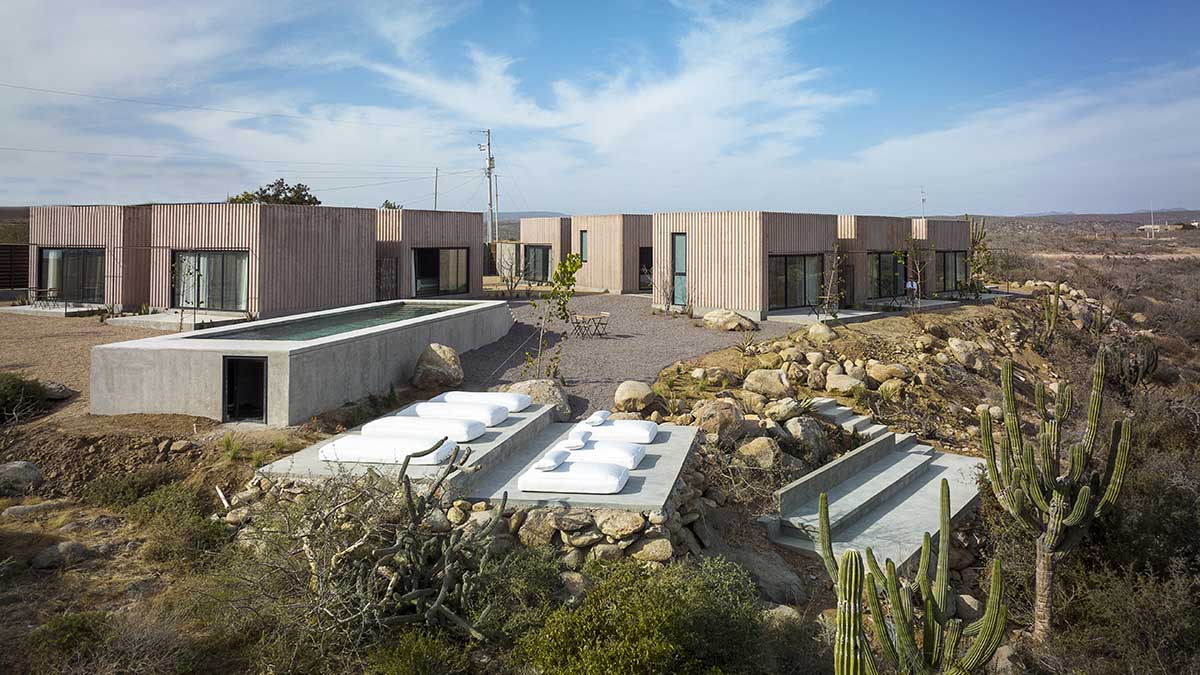 "If the brutalism of Louis Kahn echoes of the monumentality of the palace, the facades of Casa Santos recreate the intimacy of the first urban grids," said the team.

"In the opposite direction to proposed by the mansions of Cabo San Lucas, Casa Santos invites the community among its inhabitants."

The project is composed by its own formwork system to provide flexibility so that different design elements can be exchanged in between them. Doors or windows should be placed on any wall of the module. 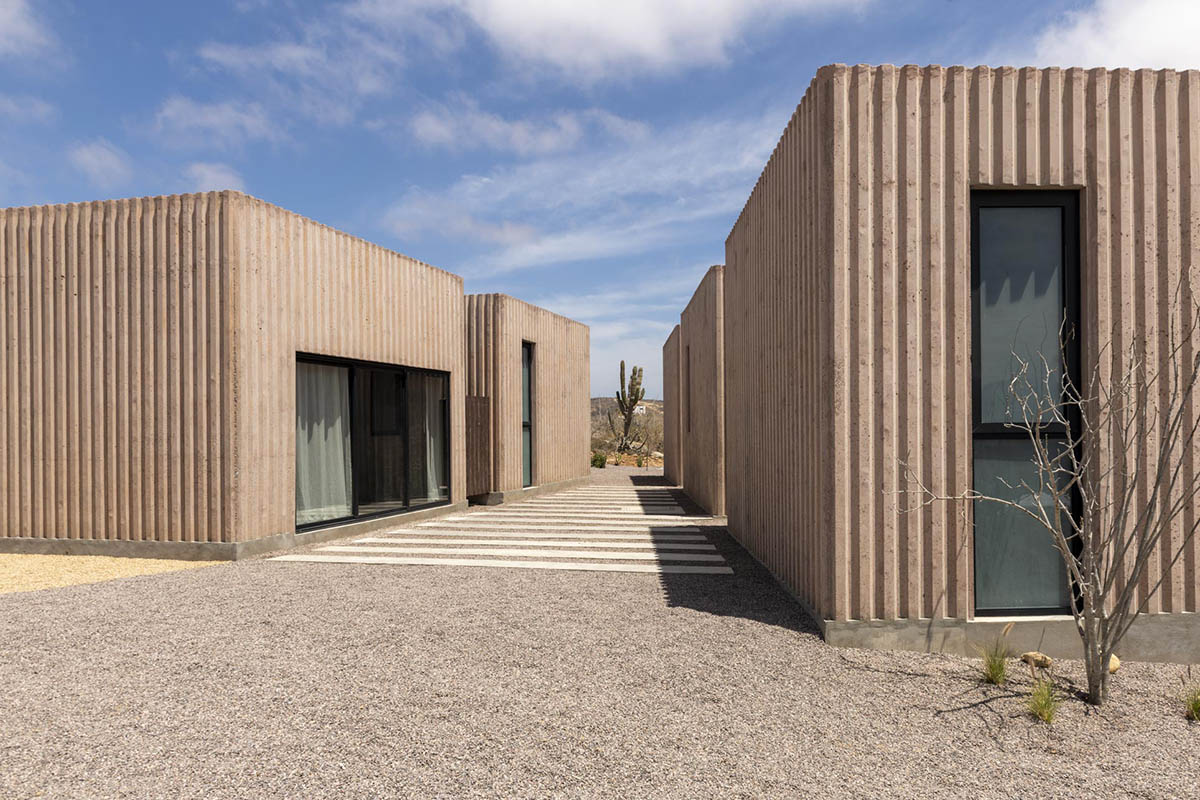 The walls of the modules were produced by using a falsework system which is made up of rolled steel sheets where the mixture of sand-colored concrete with pinkish tones become more visible and perceivable in details.

"The project manages to understand the wall as a pure element that articulates the habitable," the team continued.

"Every wall is at the same time a wall interior, exterior facade, structure, texture and finish."

"The centering offers answers to the original questions of modern architecture: provides the possibility of a modular construction and accessible to scale, offers sustainability and climate resilience, and achieves an architecture austere and formal in harmony with the surrounding nature," the architects added. 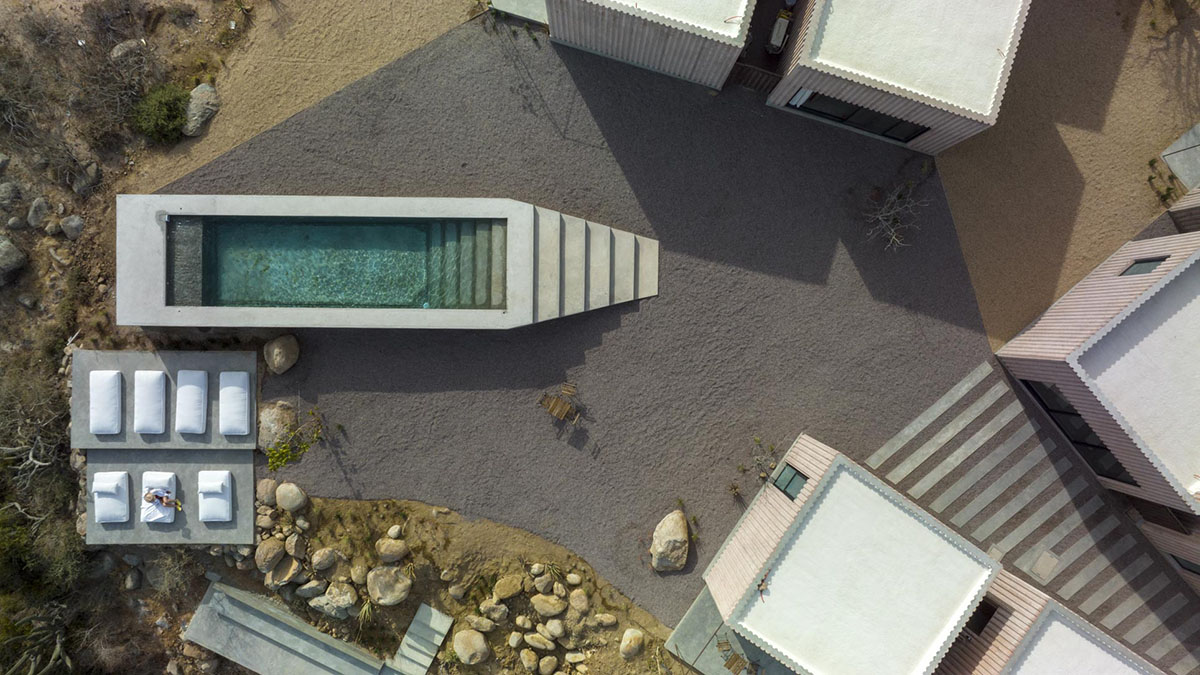 The project were compleetd with a low-cost construction budget due to its cuboid volumes which allows the project a potential to grow in scale - it can be expanded with additional modules.

After the project was completed, the team recycled the steel sheets from doors, gates and fences of the complex housing.

"The collision of sunlight with the angle of the walls in the form of gutter generates a constant and changing shadow that works as protection thermal," the team added. "Concrete provides relief from the desert heat as well as refuge in a seismic area facing the sea." 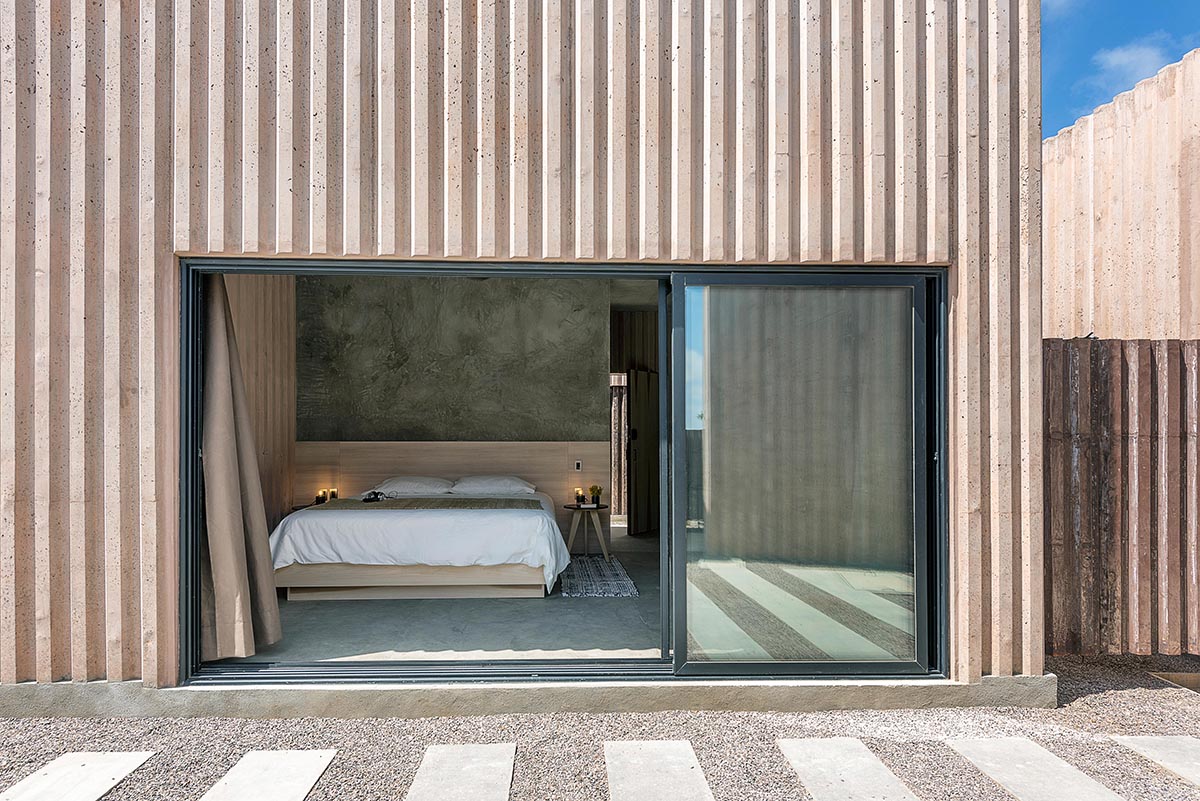 Beyond its constructive qualities, the architects inserted a set of modules of a plant into the landscape with the slightest trace of anybuilding around it. 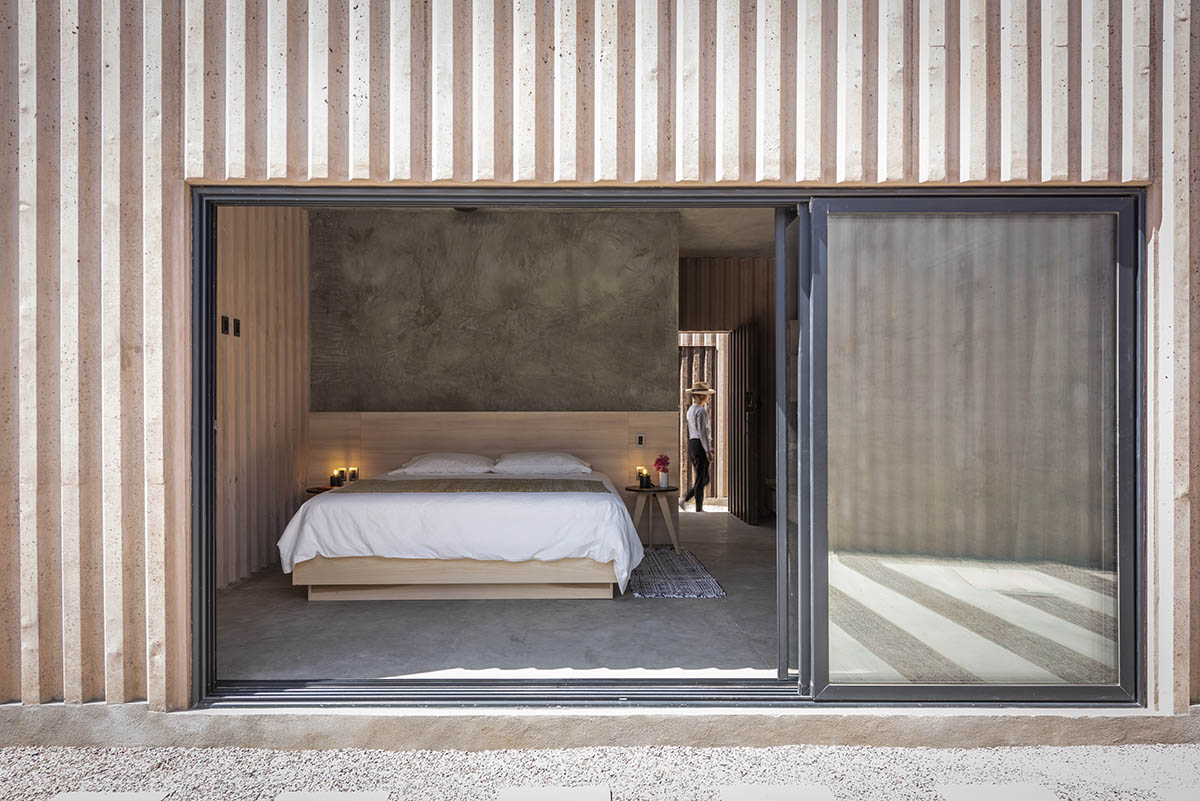 "Low key from afar, the walls form three interior alleys that run through the complex from east to west. The grid opens and closes to make way for three large fields of coexistence: in the east, in the center, and towards the west," the architects explained.

According to the team, "the project dances between pause and time in a clear allusion to scenery." 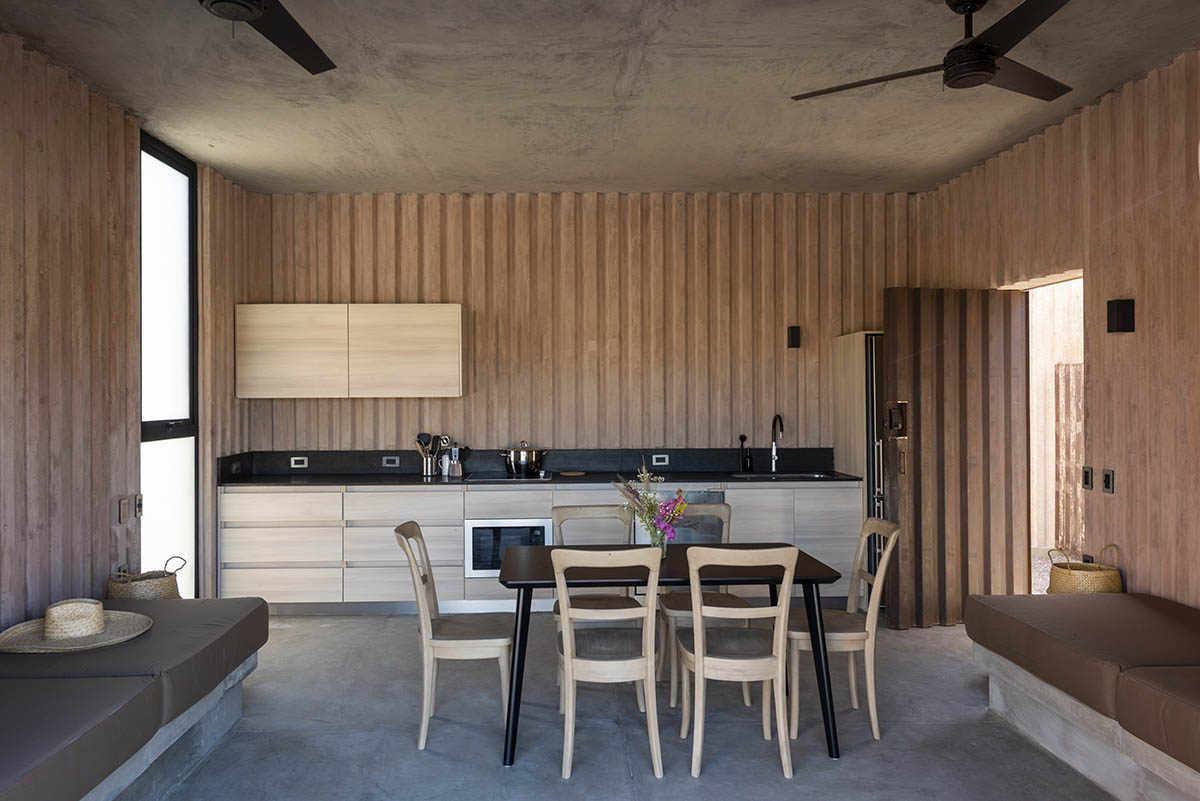 "Architecture is shown as a door to understand what was said by nature, and a window to see how life passes over the sky, the earth and ourselves," the team added. 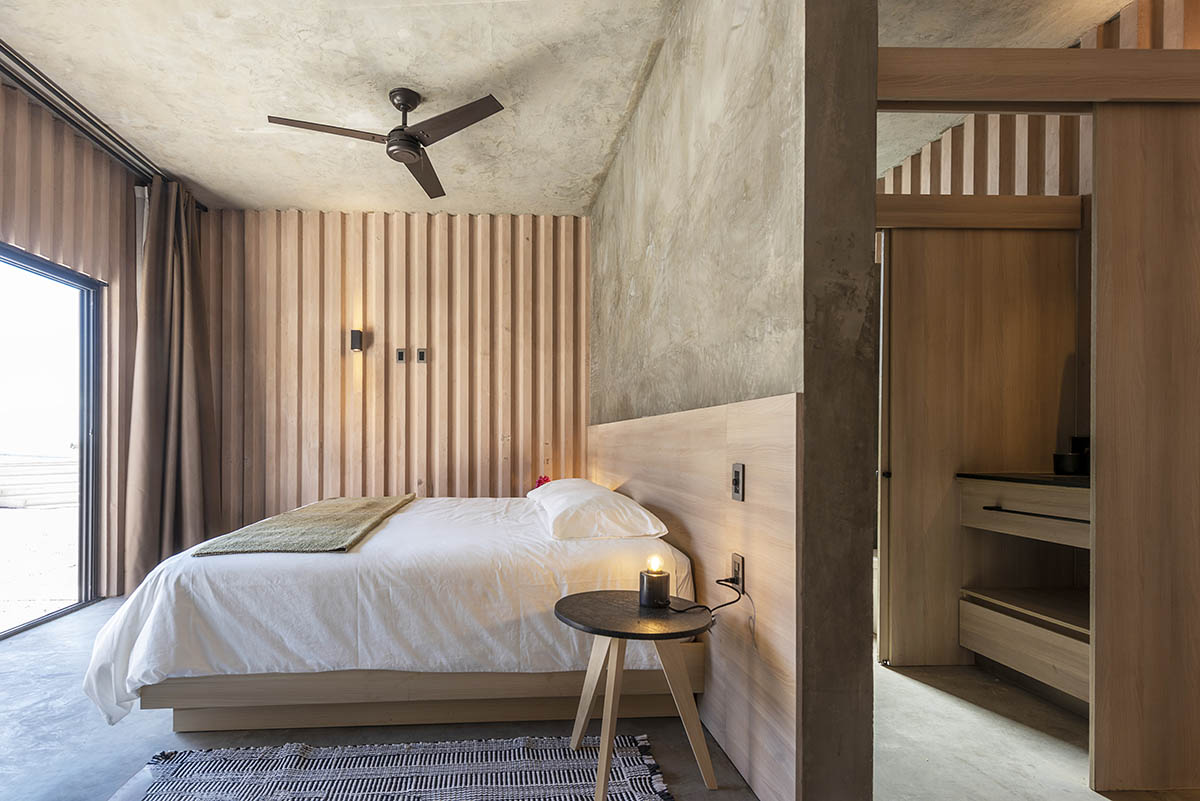 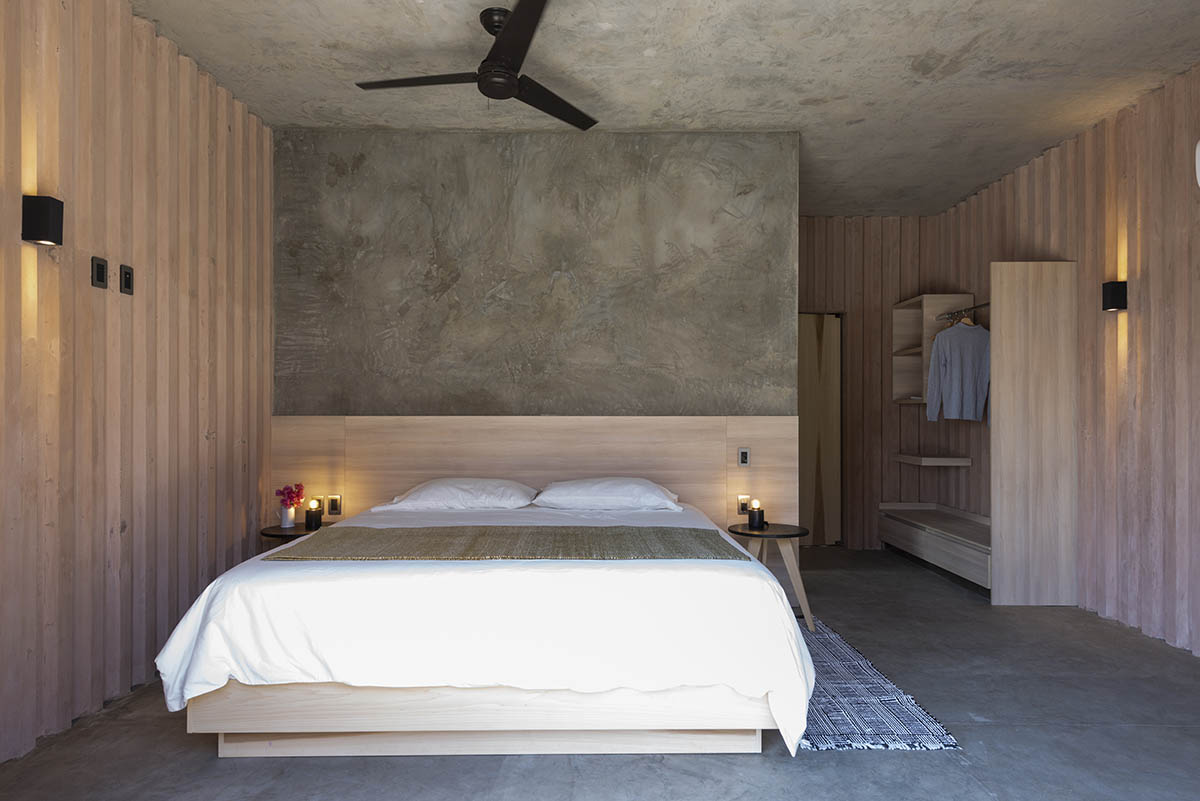 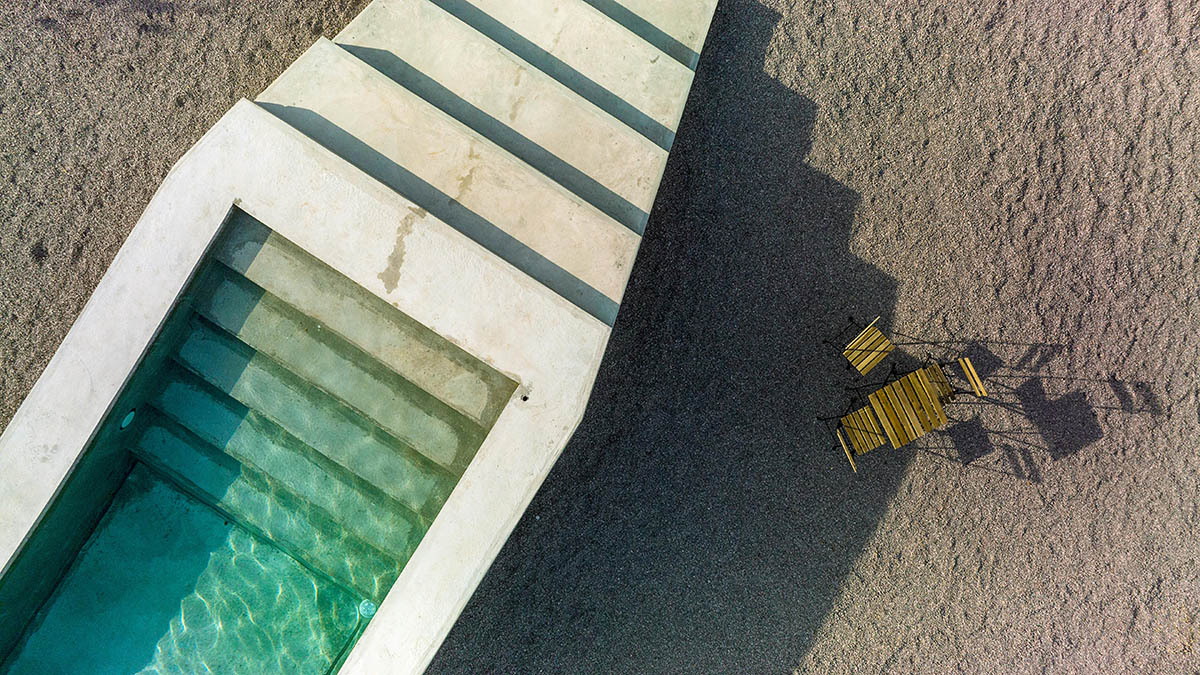 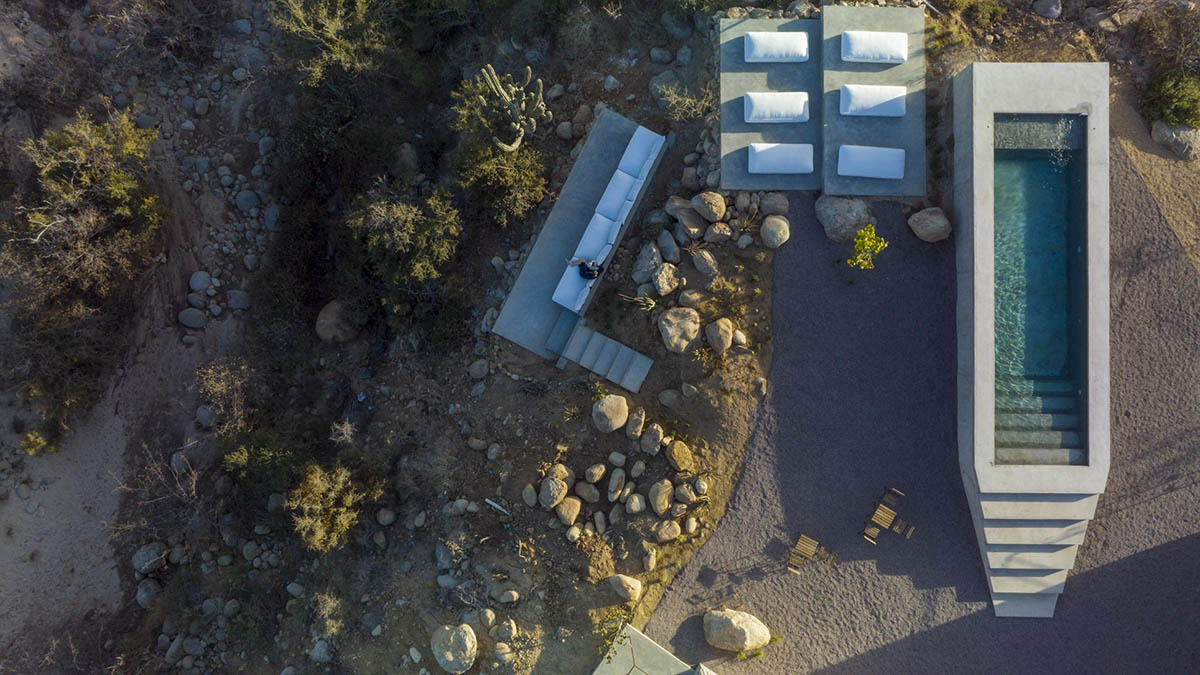 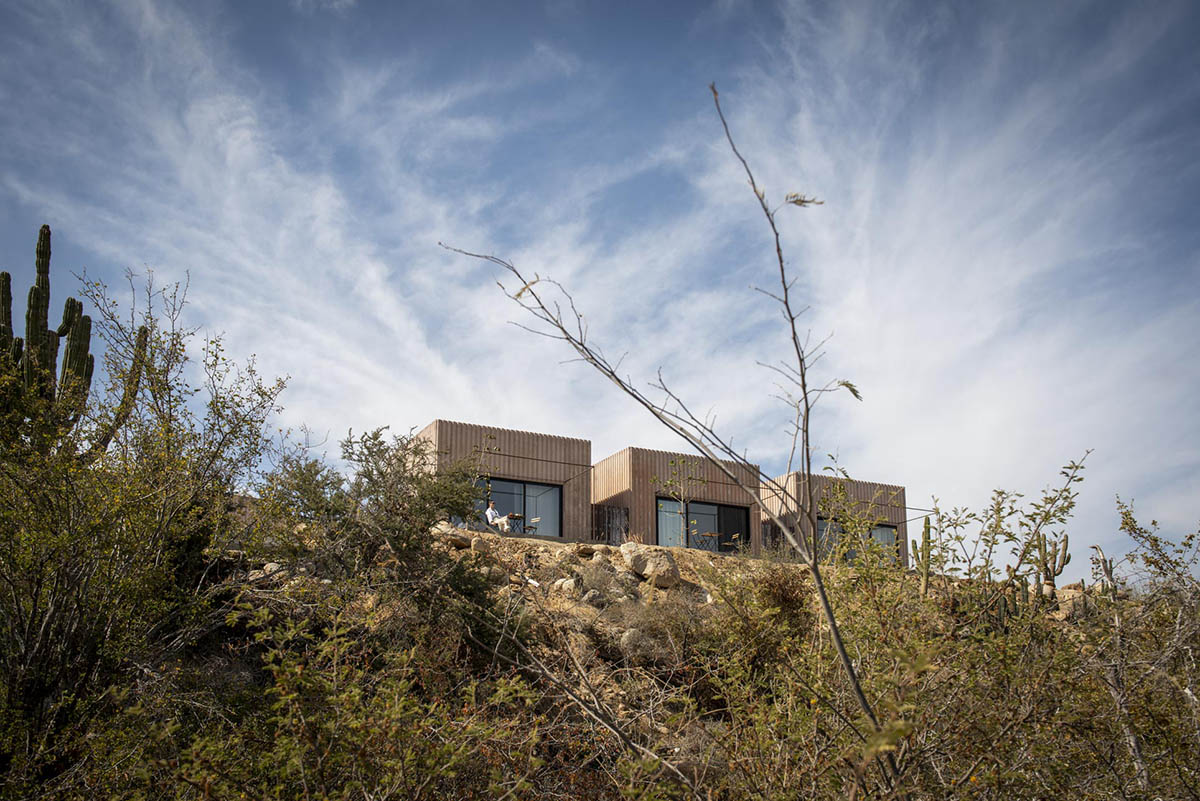 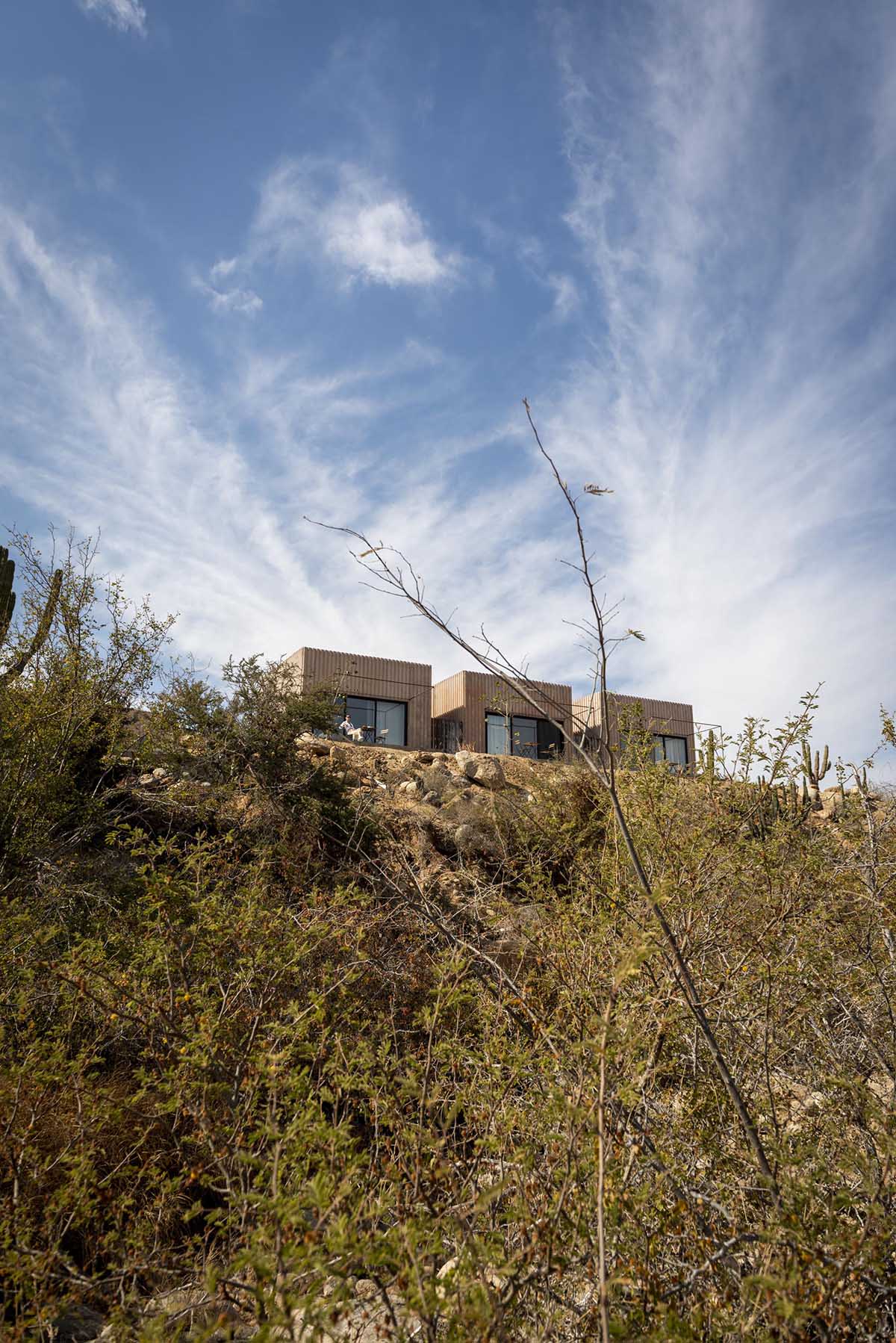 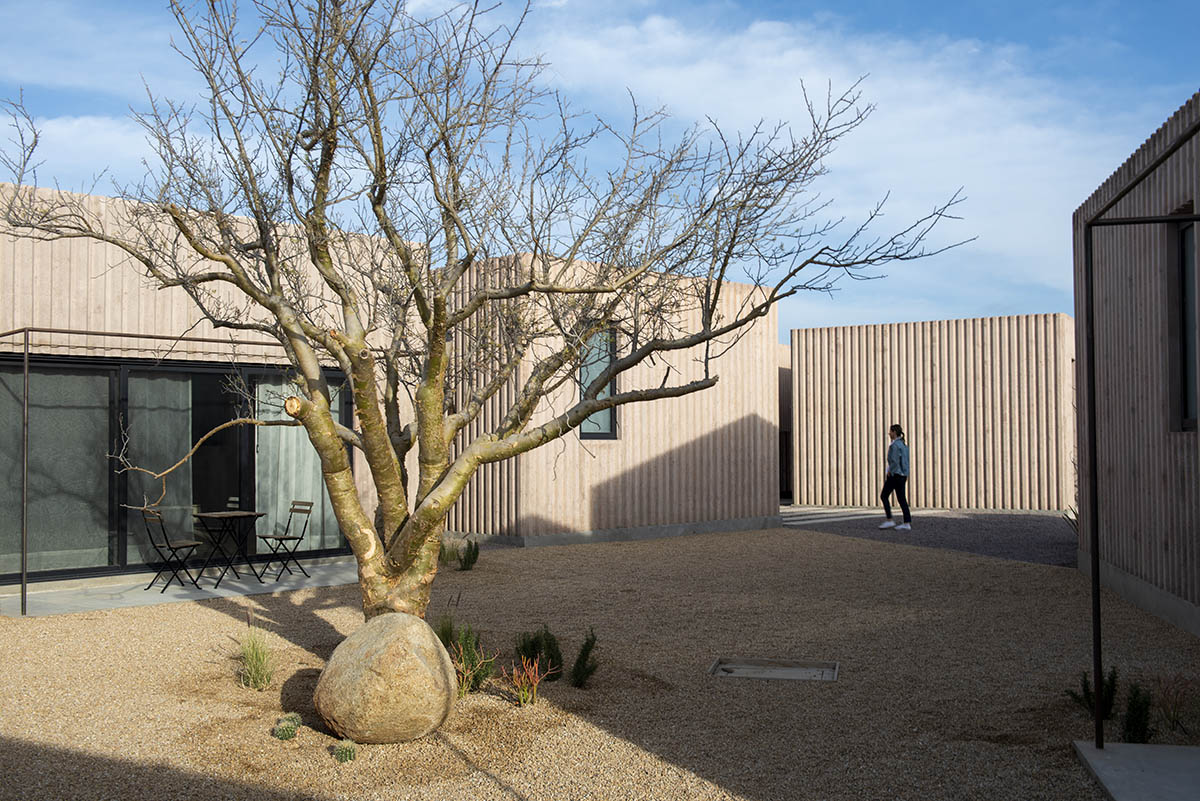 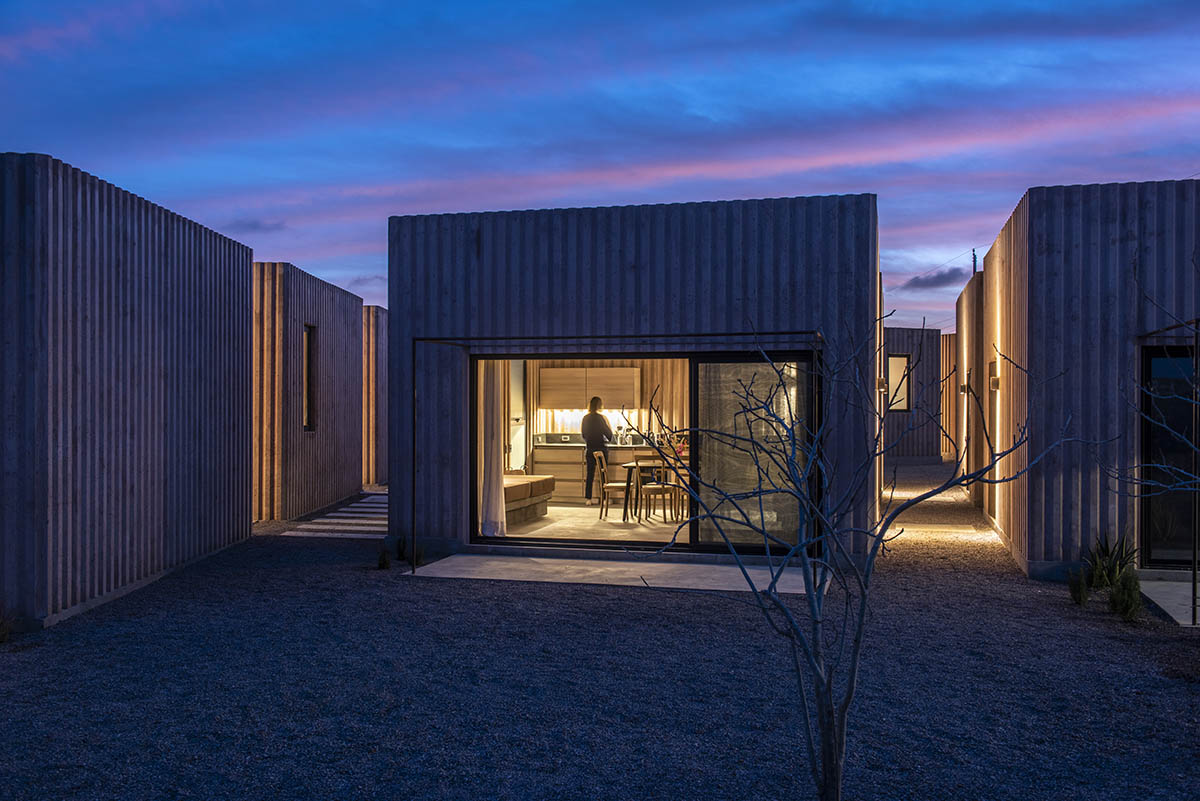 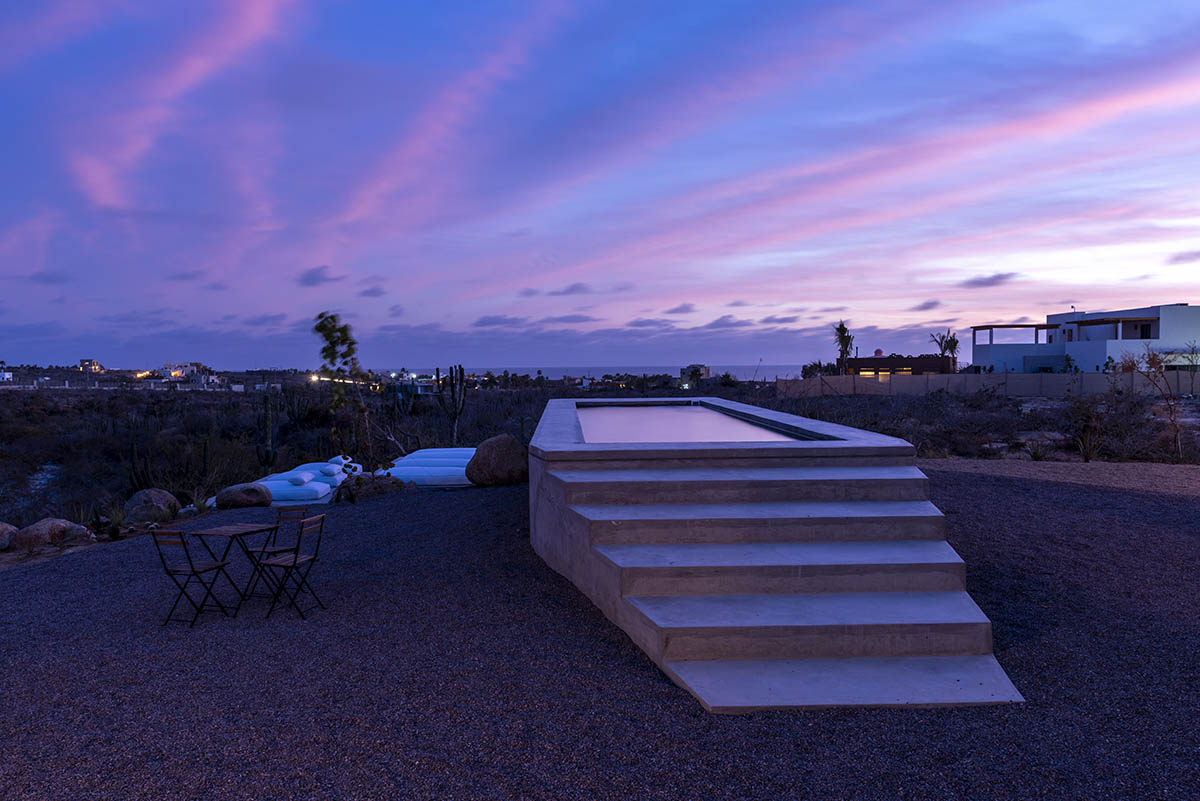 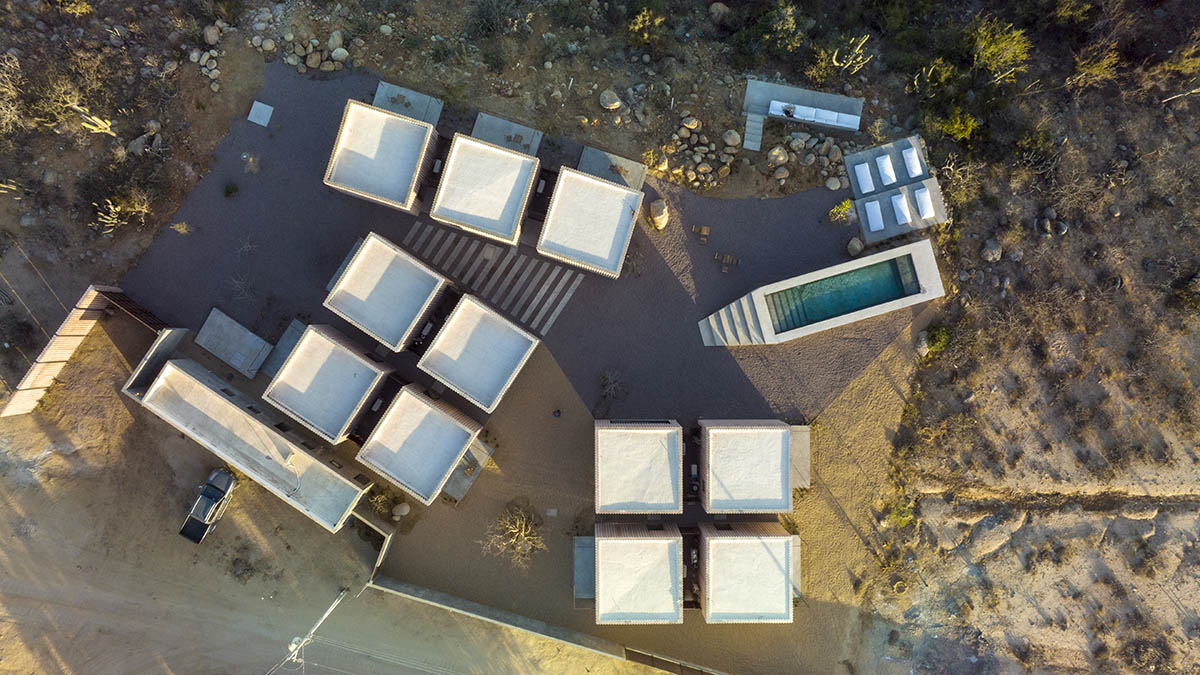