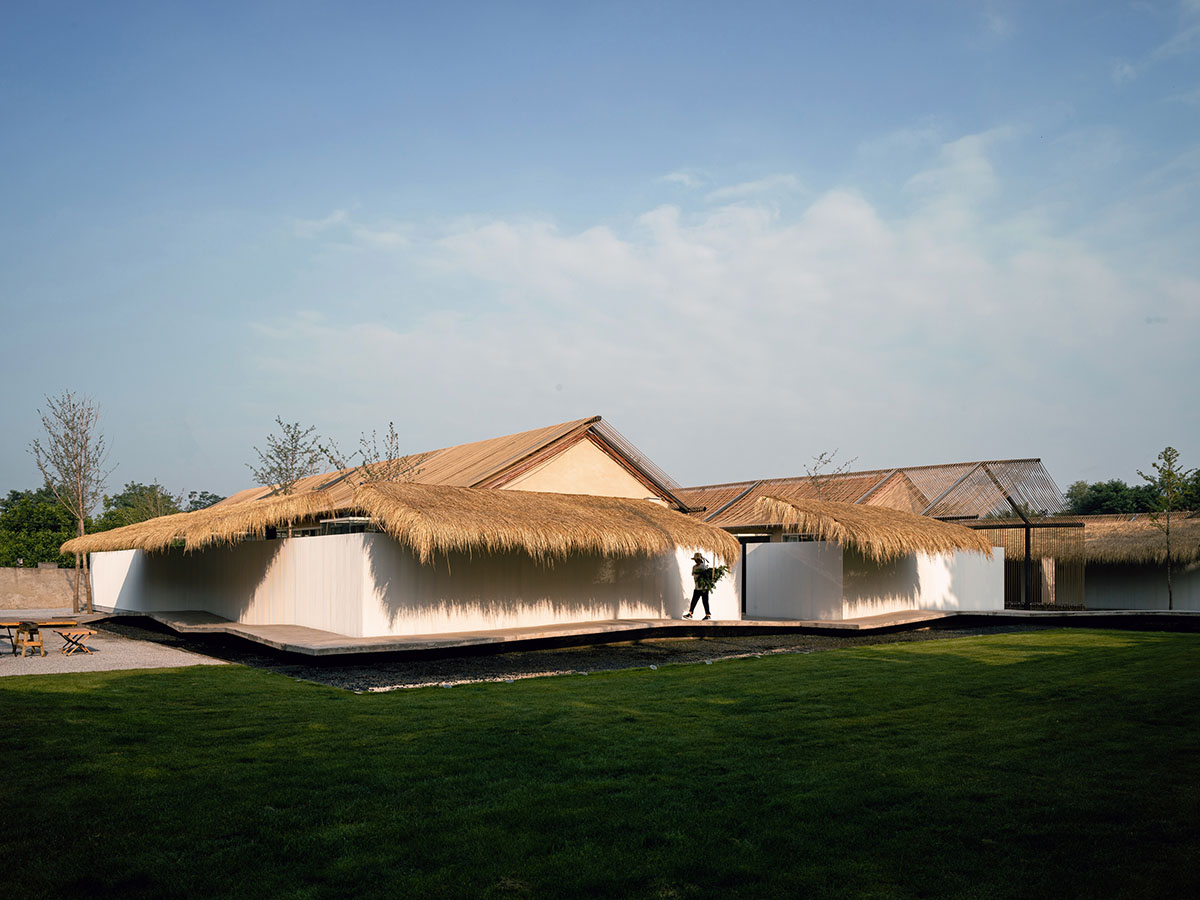 The school remained abandon for years in a mountain village in Beijing, consisting of four rows of brick and timber frame houses arranged in a repeated way and surrounded by high perimeter walls.

The project site is located close to Miyun Reservoir in the mountain area surrounding the city center of Beijing is still kept rural and natural.

As the studio explained, as a rent property, the client wanted to renovate it into a high-end boutique hotel. "Due to the lease terms and local regulations, any addition, subtraction or major change to the original structures was not allowed," said Domain Architects.

There are four volumes that serve as a hotel arranged in a linear configuration.

While the first house from the south is used as public space and service space, including the reception desk, restaurant, kitchen, staff housing, the other three houses are used as guest rooms, including six double rooms and five suites. 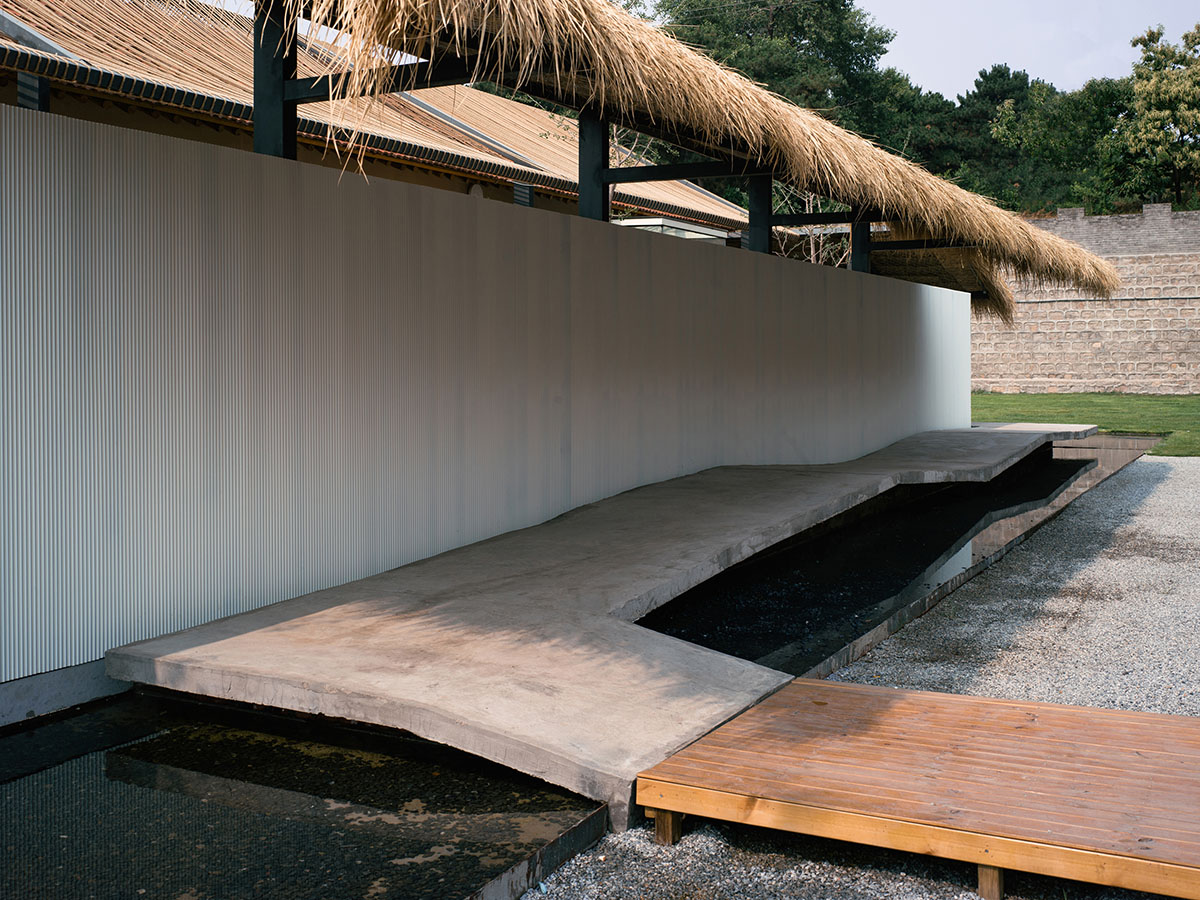 Unlike most projects in Beijing, Domain Architects worked with local villagers and many of them were not professional workers for construction in order to strengthen the connection with the village.

"Affected by the Covid-19 control policies, traffic restrictions and seasons, the building materials had to be sourced from locations as close as possible, while the actual construction time was only three months," said the office. 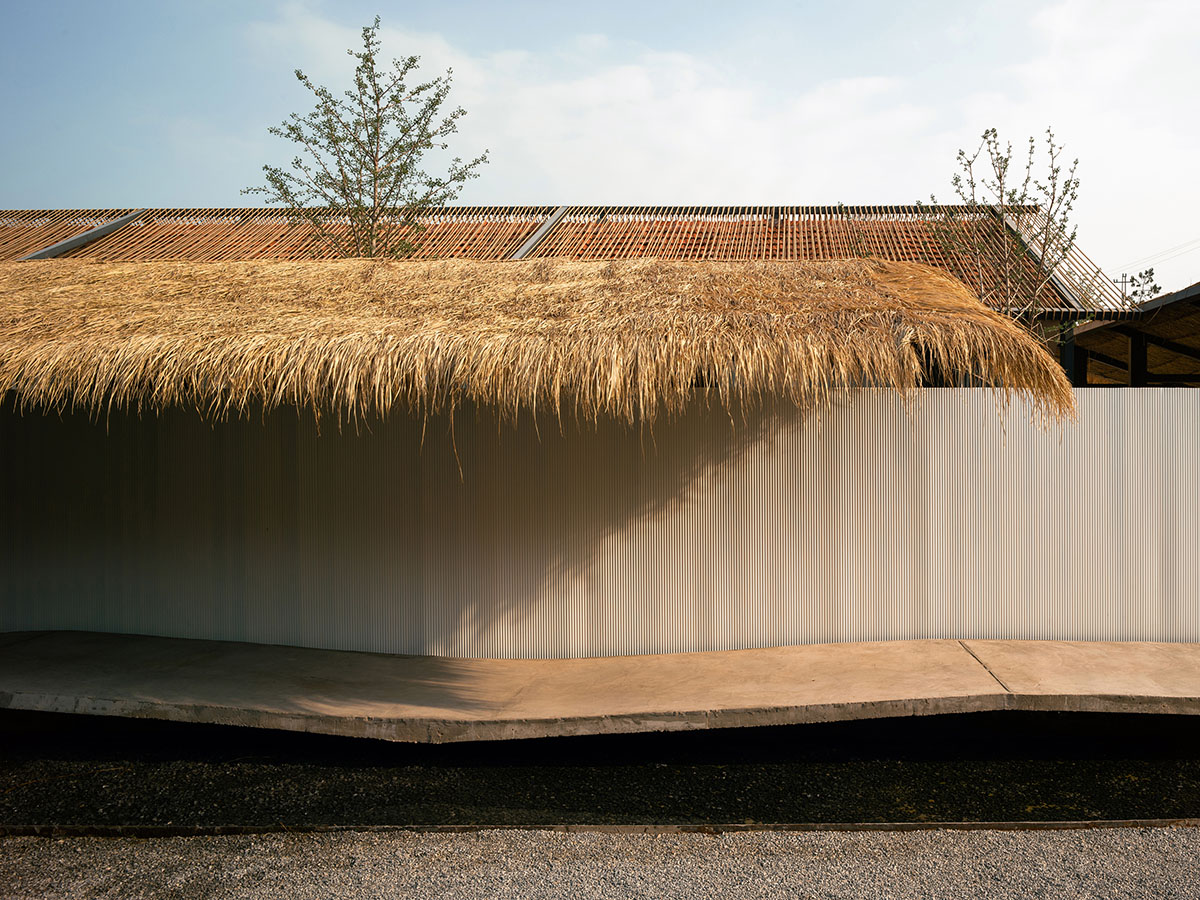 Based on the existing conditions, the studio implemented a low-tech and light intervention strategy to reform the site experience.

As an extreme common material since prehistoric times, the studio used hemp rope which has been rarely used in architecture on a large scale on this project.

In this project, the studio used 60,000 meters of hemp rope to wrap the facades of the buildings while barely touching the existing houses. 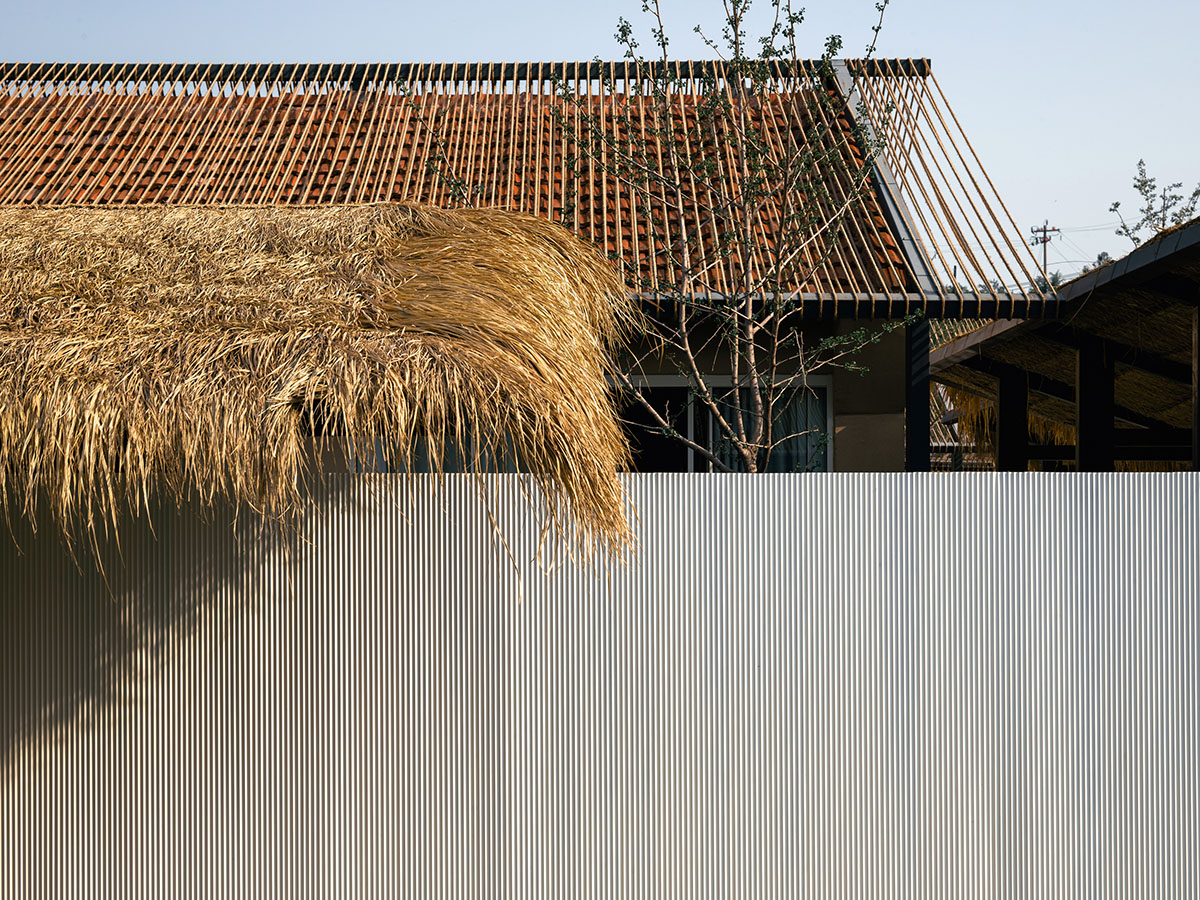 Through the mesh of ropes, the original orange-colored tiles and walls are revealed in a changing degree as viewers change their standing points.

According to the architects, more importantly, the ropes provides very rich and dramatic light effect inside and outside the houses, in both intended and unintended ways. 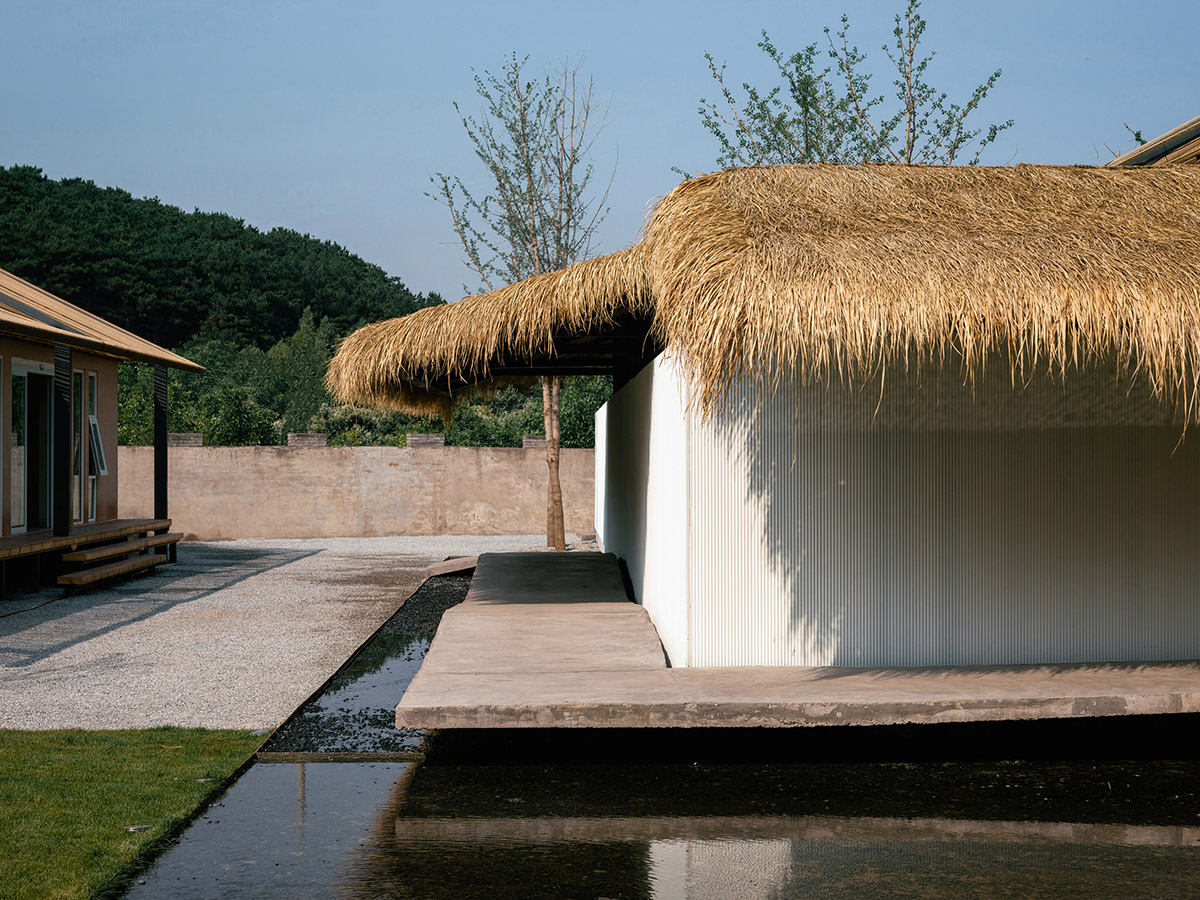 Taking cues from the project's site, which is close to Miyun Reservoir, the team recreated the atmosphere of a waterfront settlement with a system of public paths elevated from the reflection pool, undulating up and down in gentle slopes.

"After the hotel started operation, we unexpectedly found that the various heights of the paths encouraged many ways of playing with water for both adults and children," added the office. 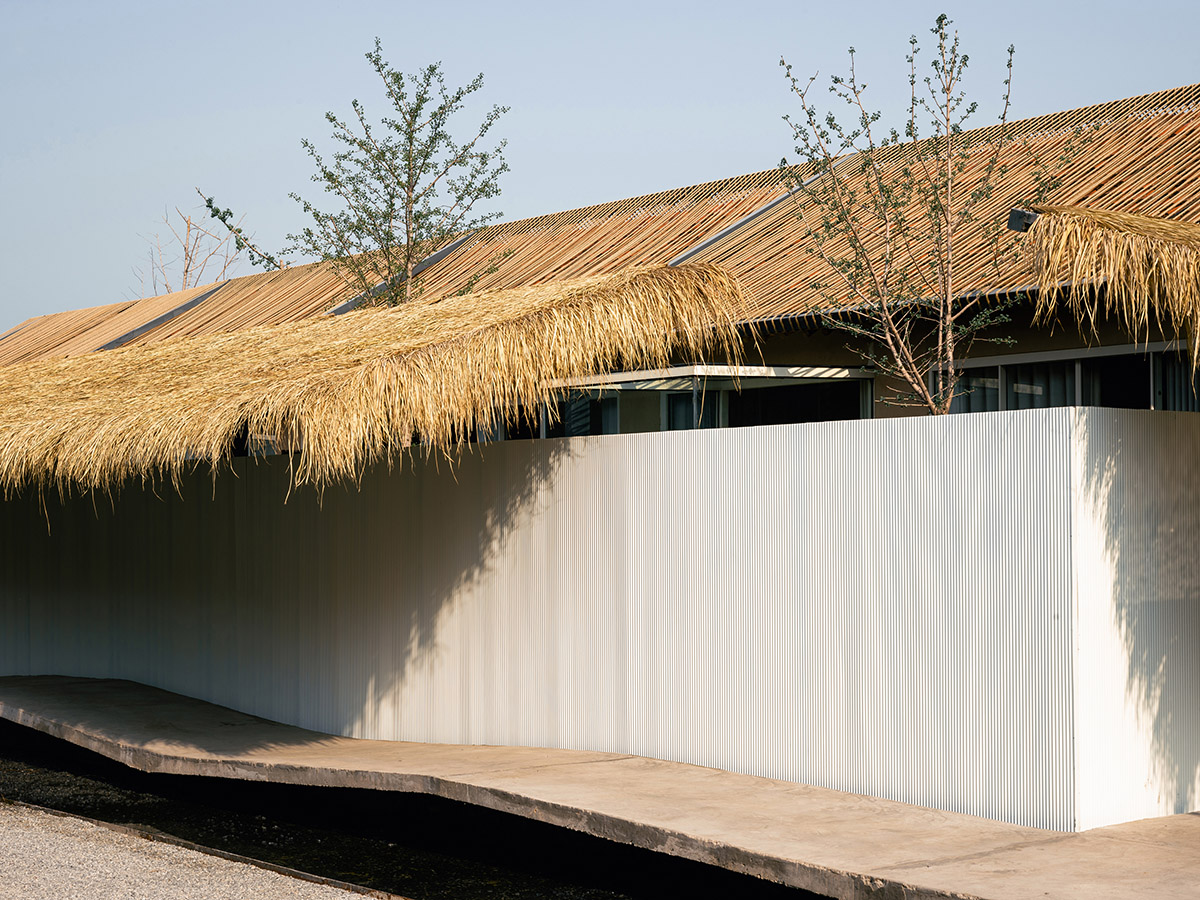 The team transformed the area next to road into the major entrance, that's why, the first house from the south is dedicated to public space and service space, including the reception desk, restaurant, kitchen, staff housing.

Every room has a courtyard by offering a complete privacy. Glass vitrines equipped with bath tubs or serving as tea rooms protrude from guestrooms to enable guests to “dive” into the courtyards and experience them in an immersive way. 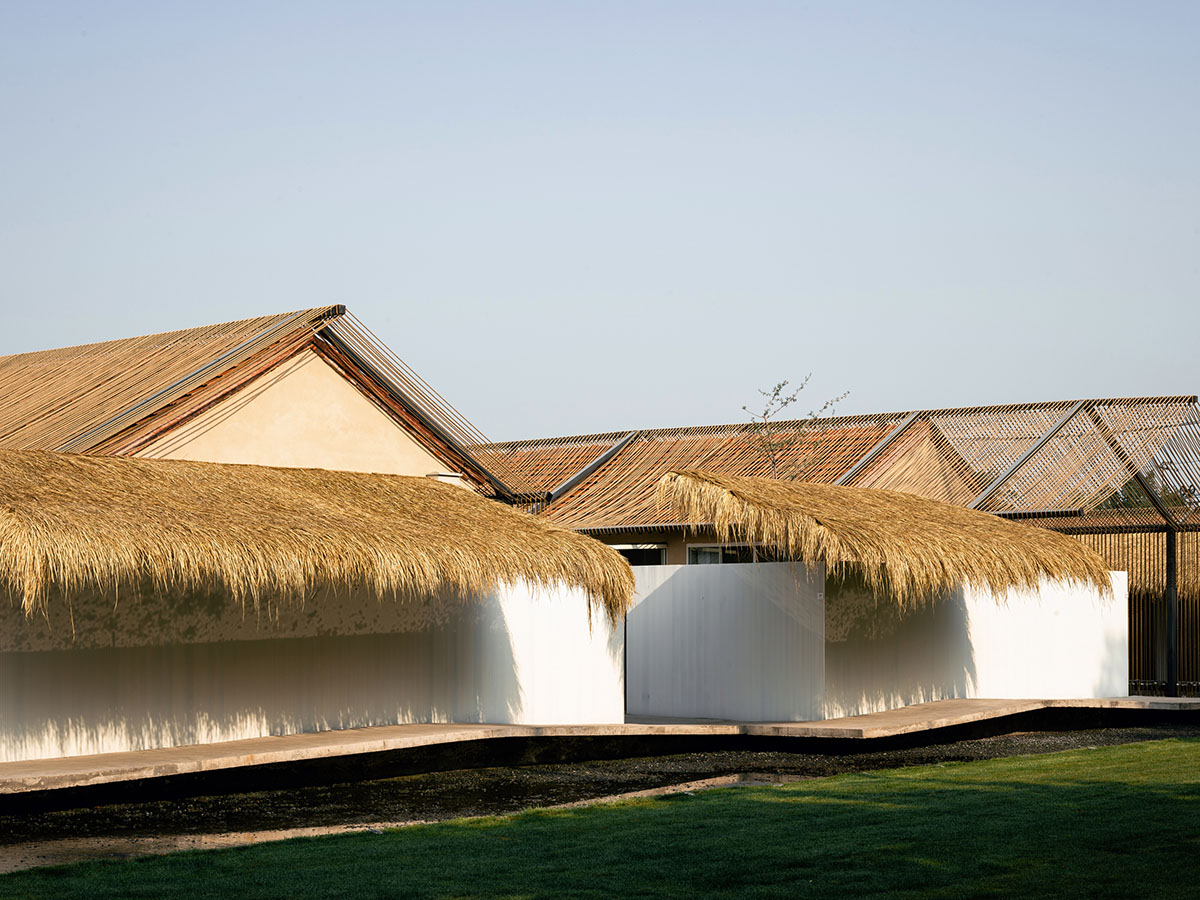 The original moldy straw roof sheathing was replaced by wood board, and other than this and some changes of partition and fenestration, the original houses were almost kept intact.

Due to the extensive use of natural materials such as timber and hemp rope, and the studio preffered to reach to short-distance suppliers and the carbon footprint of the entire renovation project is estimated to be close to zero. 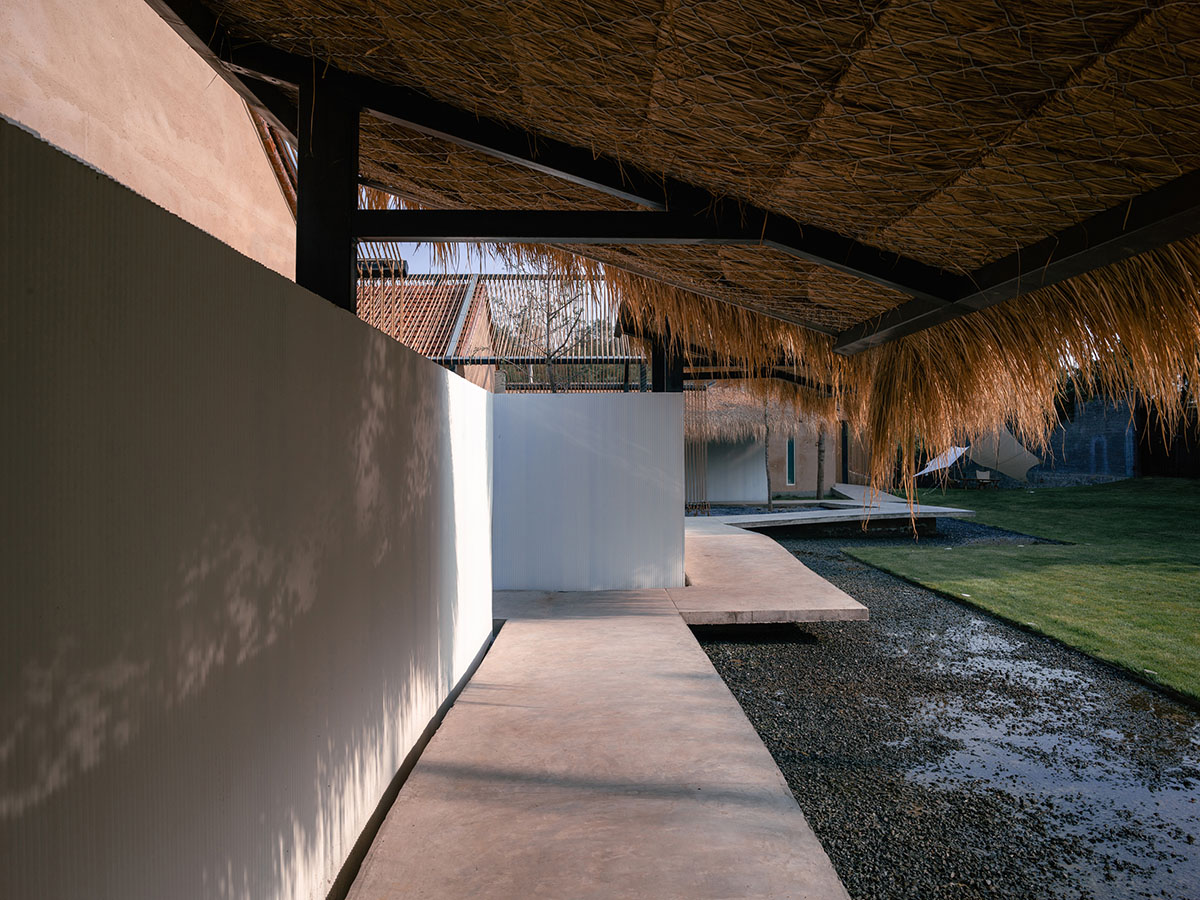 As the architects stated, renovation is an extremely common situation in today's commercial activities. "Changes of tenants often result in significant amount of construction waste," the practice added.

At the end of the lease period, this project will come to a much more environmentally friendly ending: all the steel will be recycled, and the hemp rope will be buried on site and return to dirt. 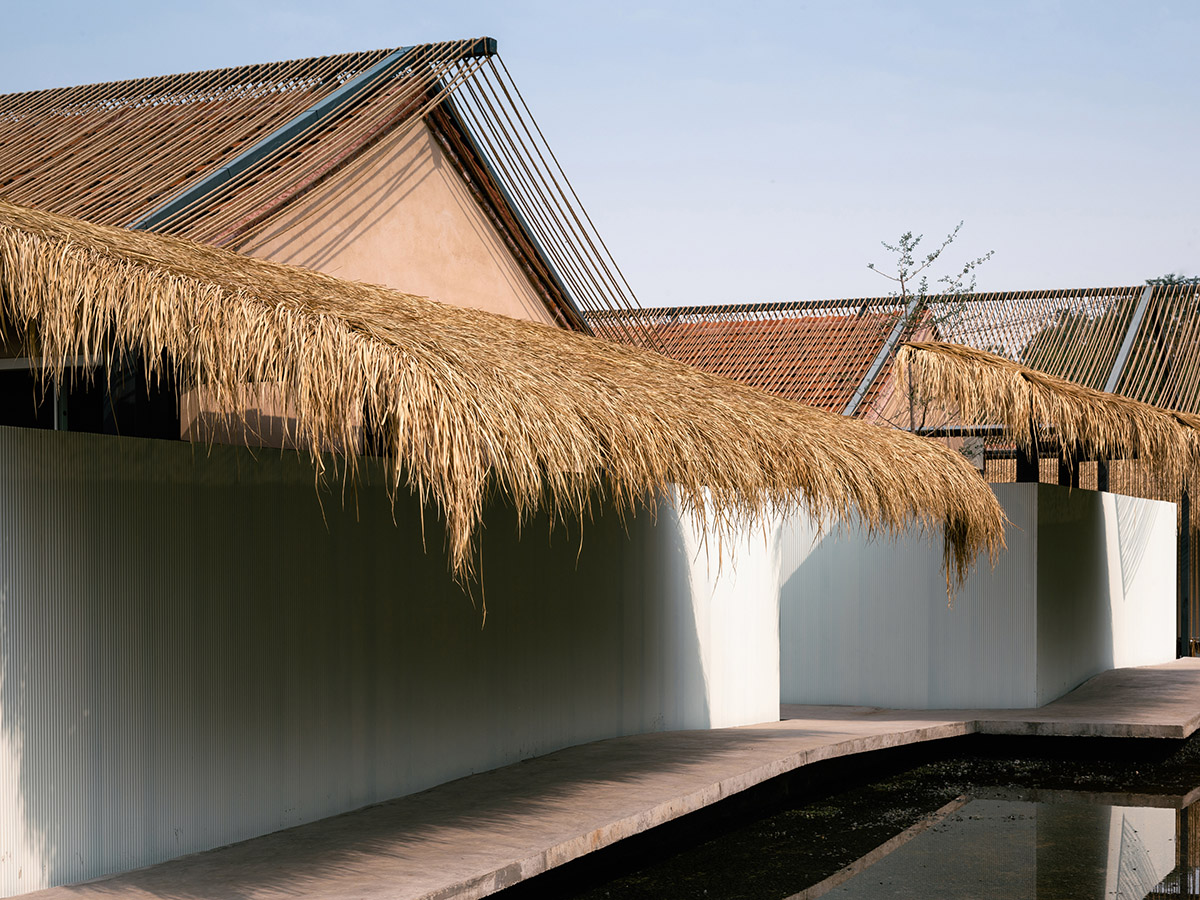 After helping this project to complete its ephemeral life, all the natural materials we used will also return to their life cycles in natural world. 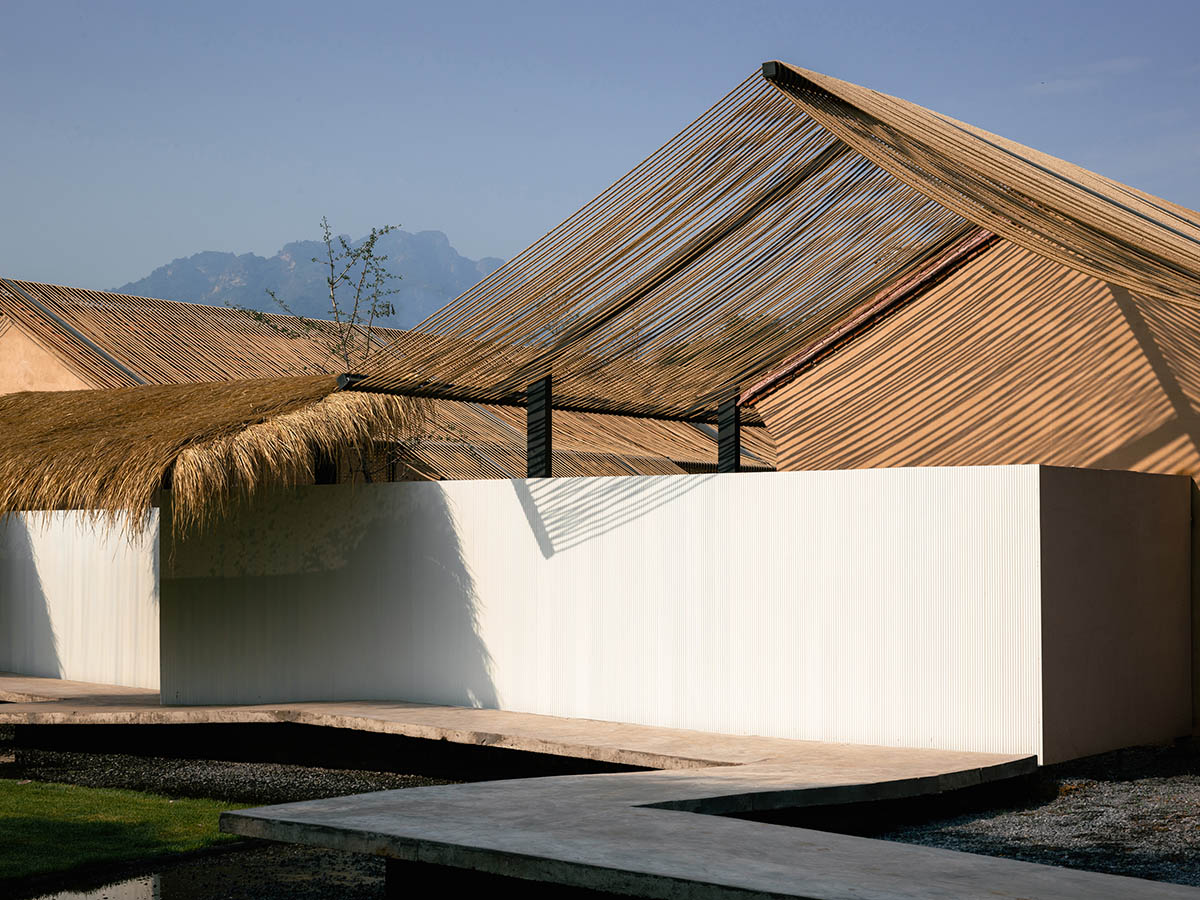 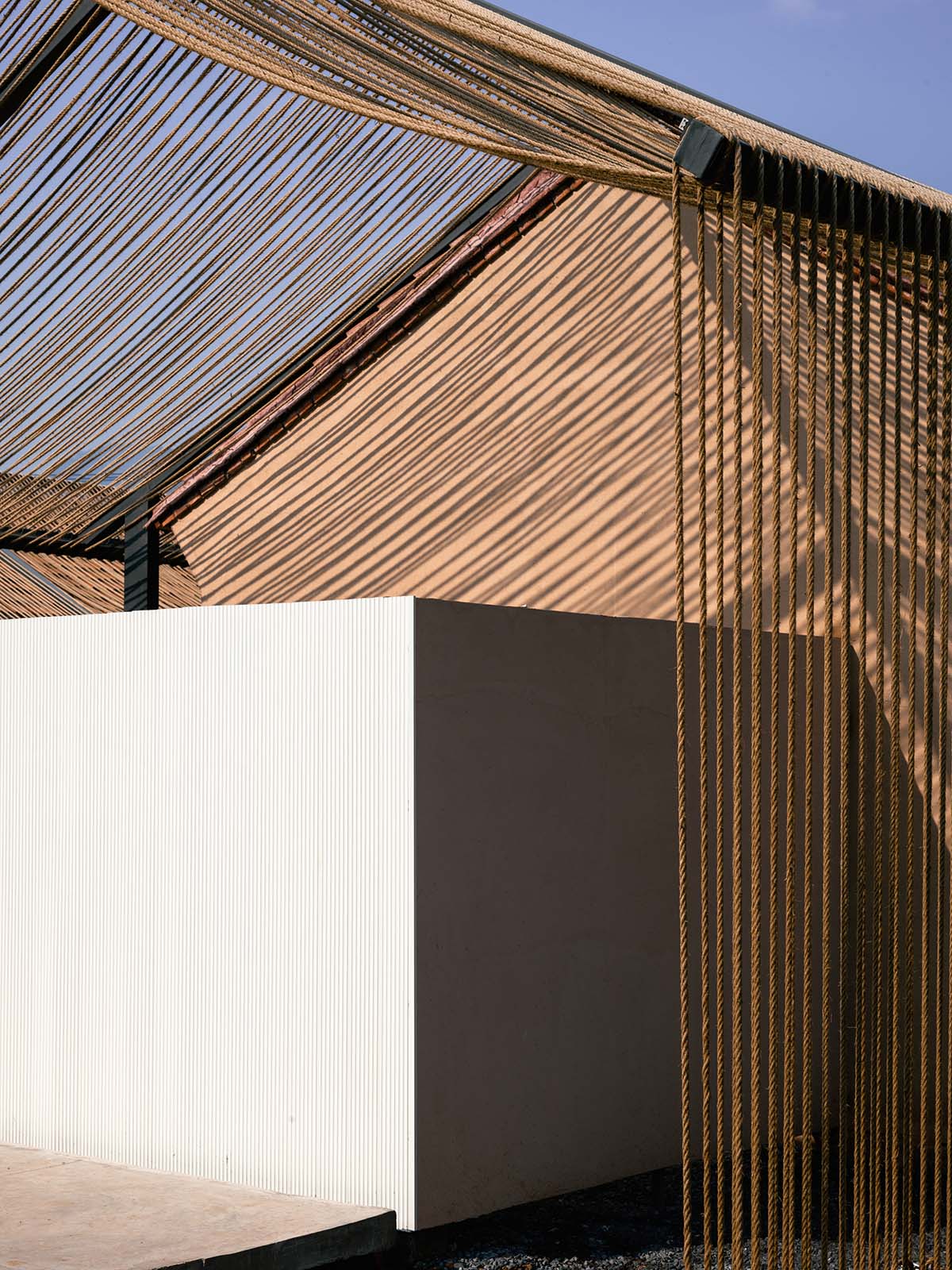 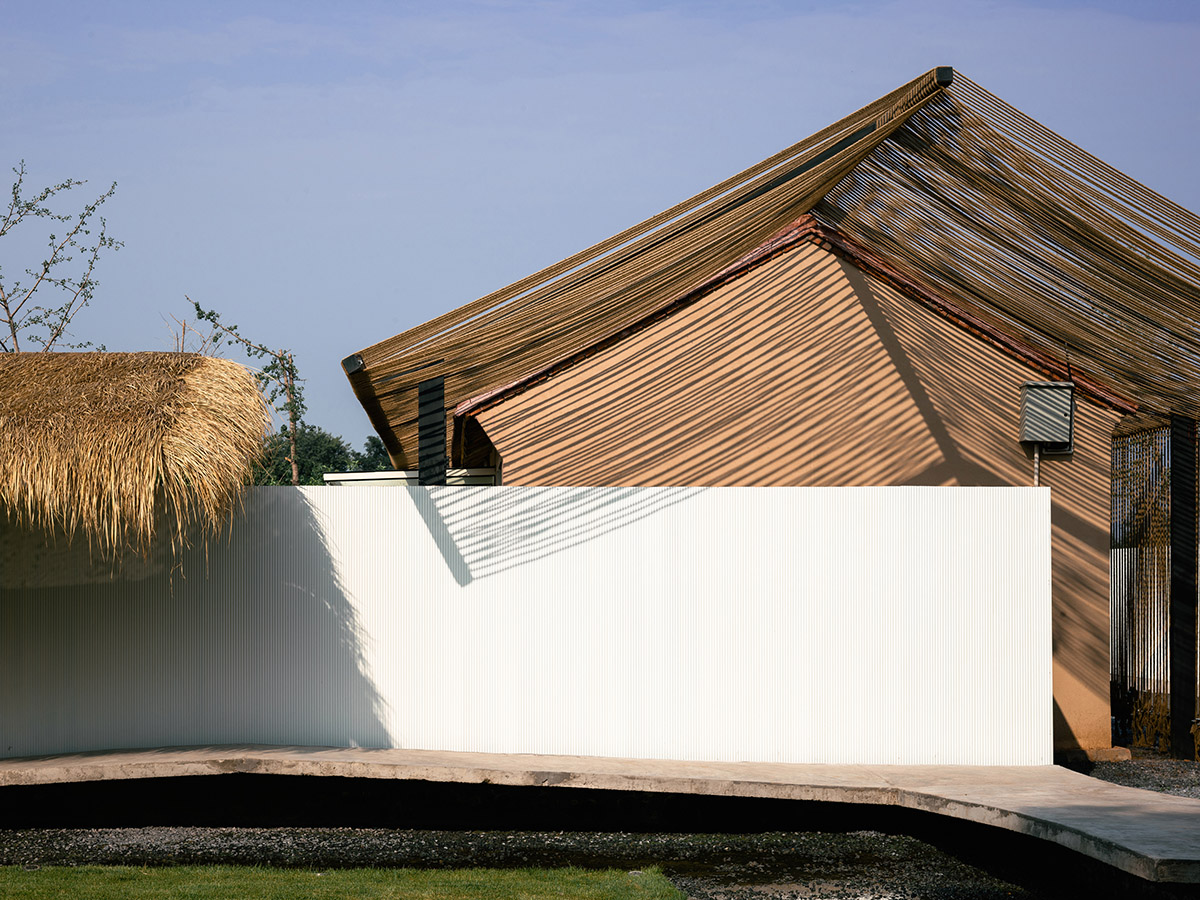 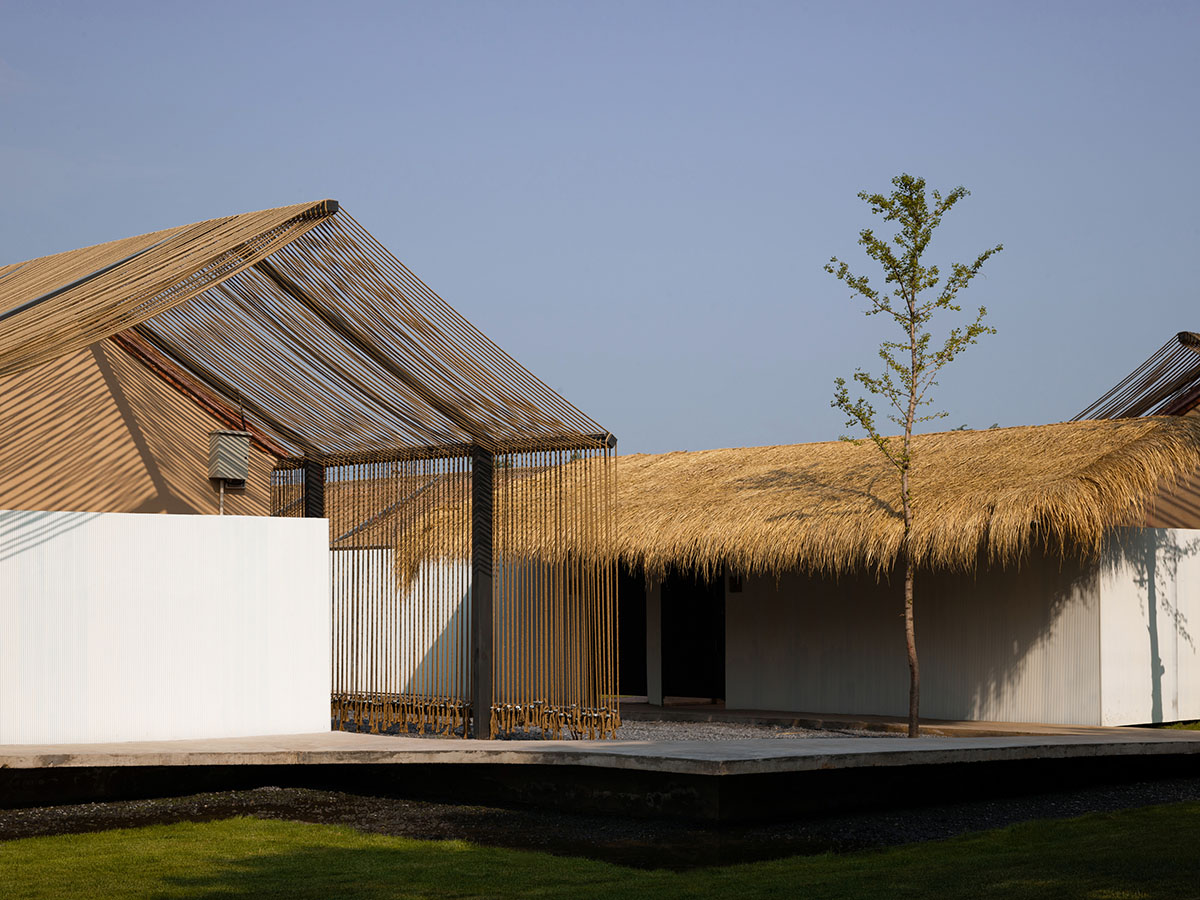 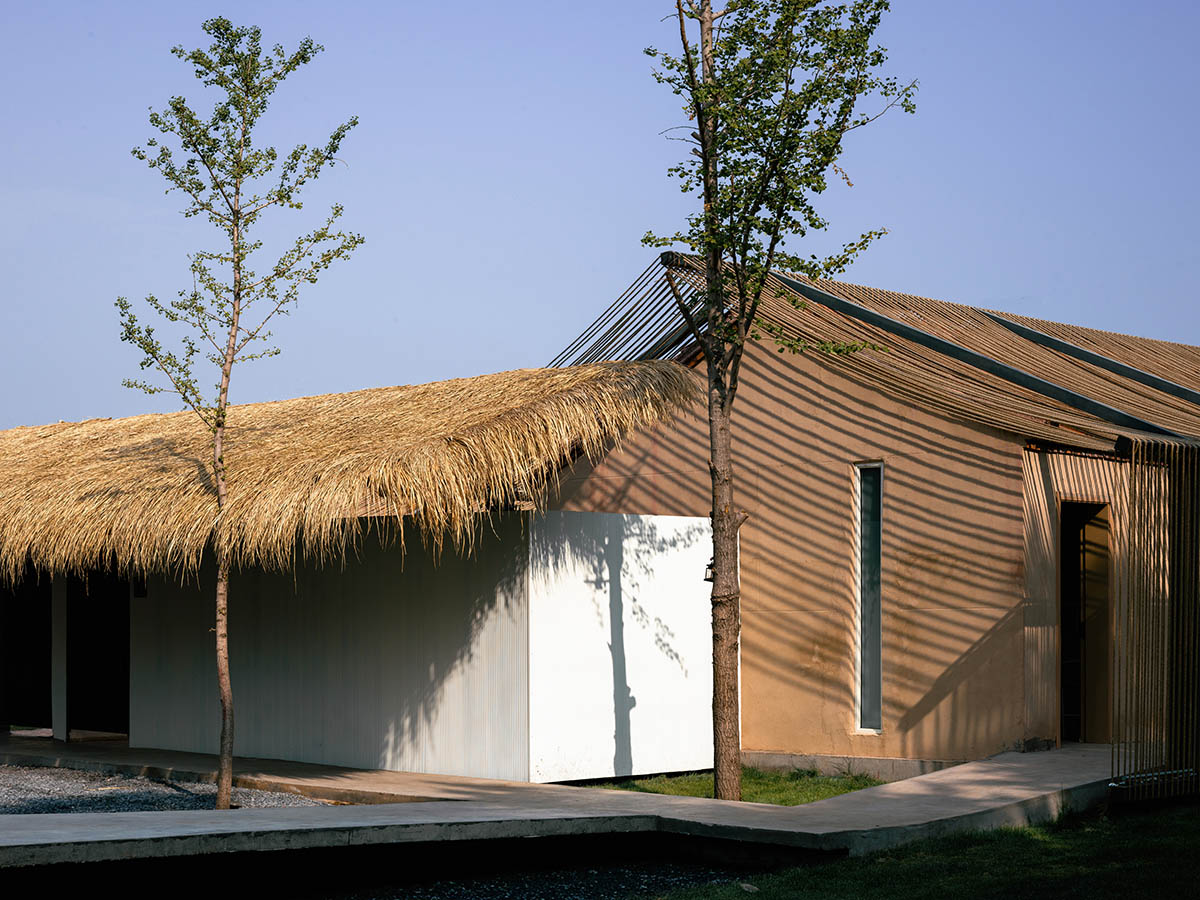 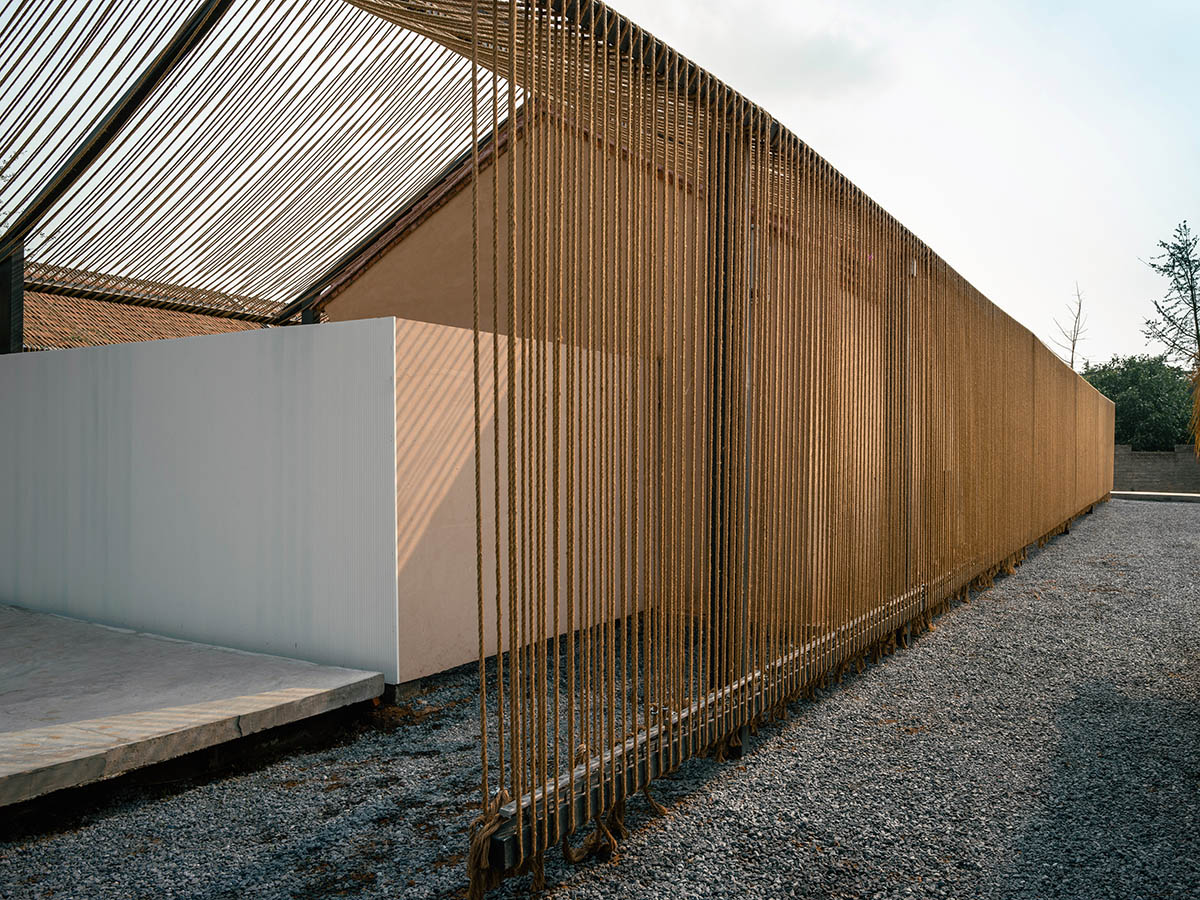 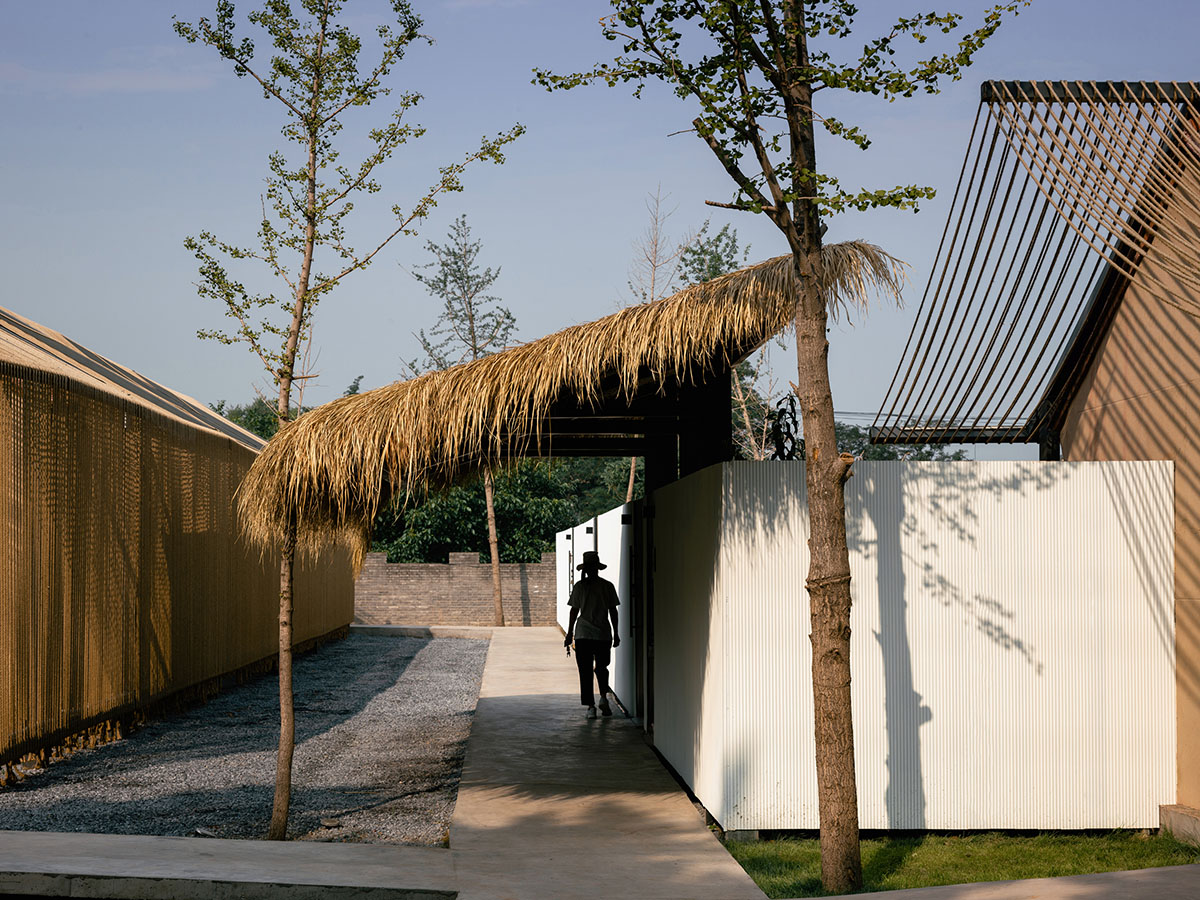 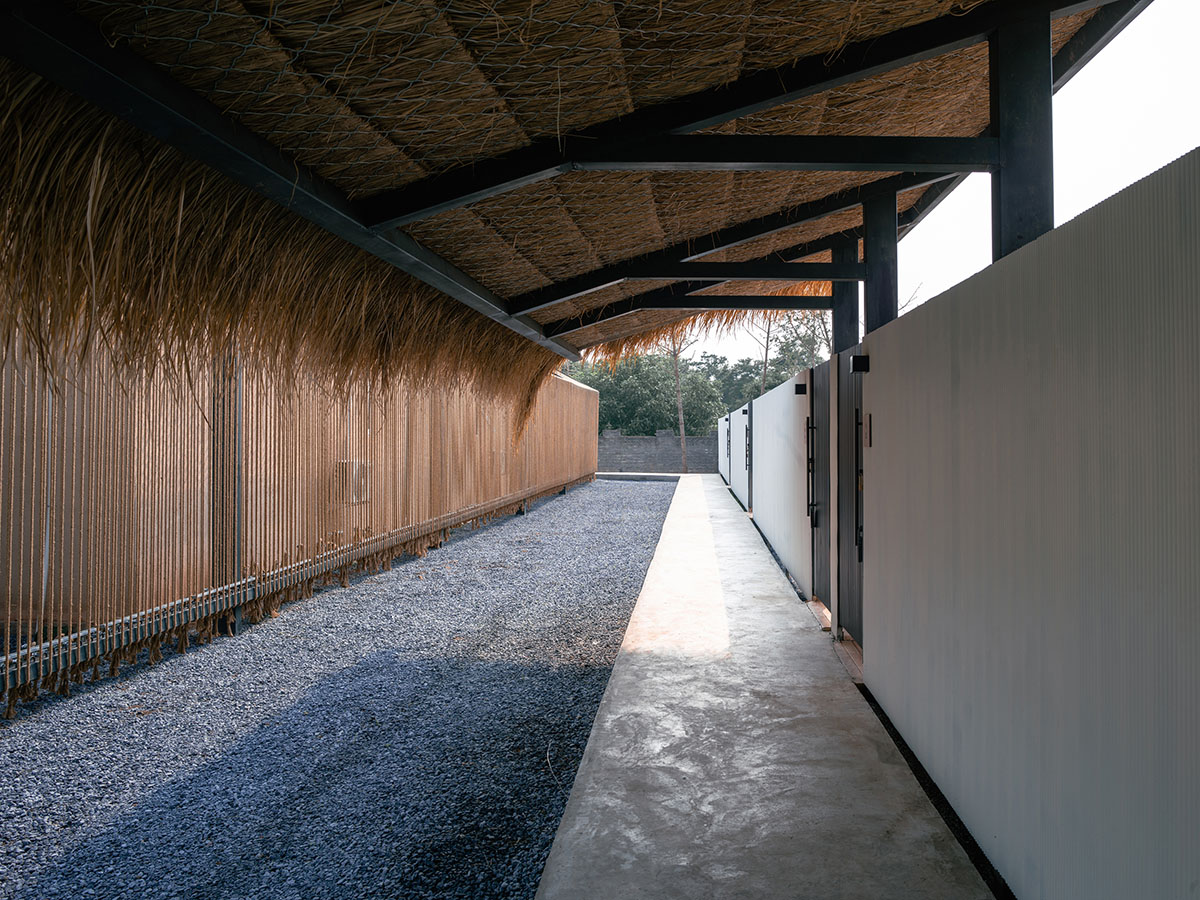 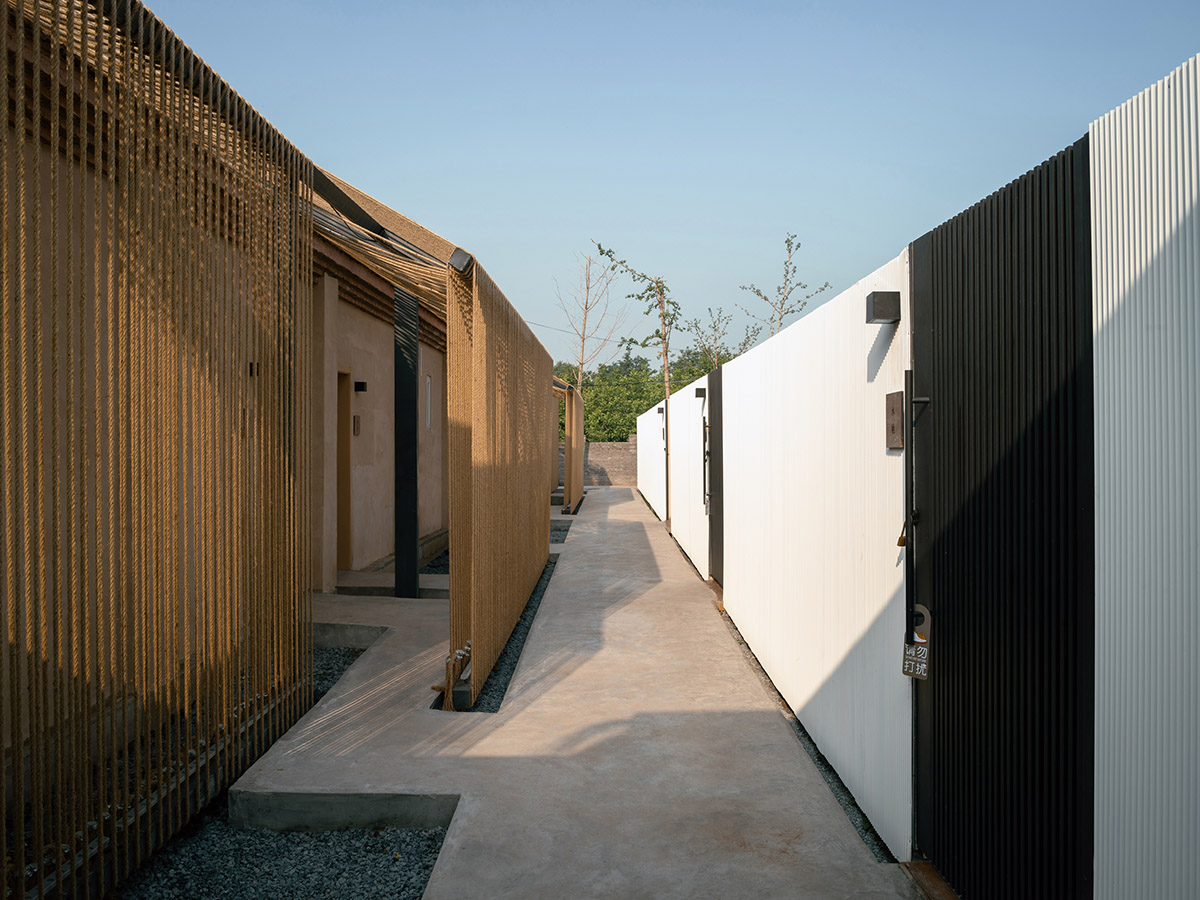 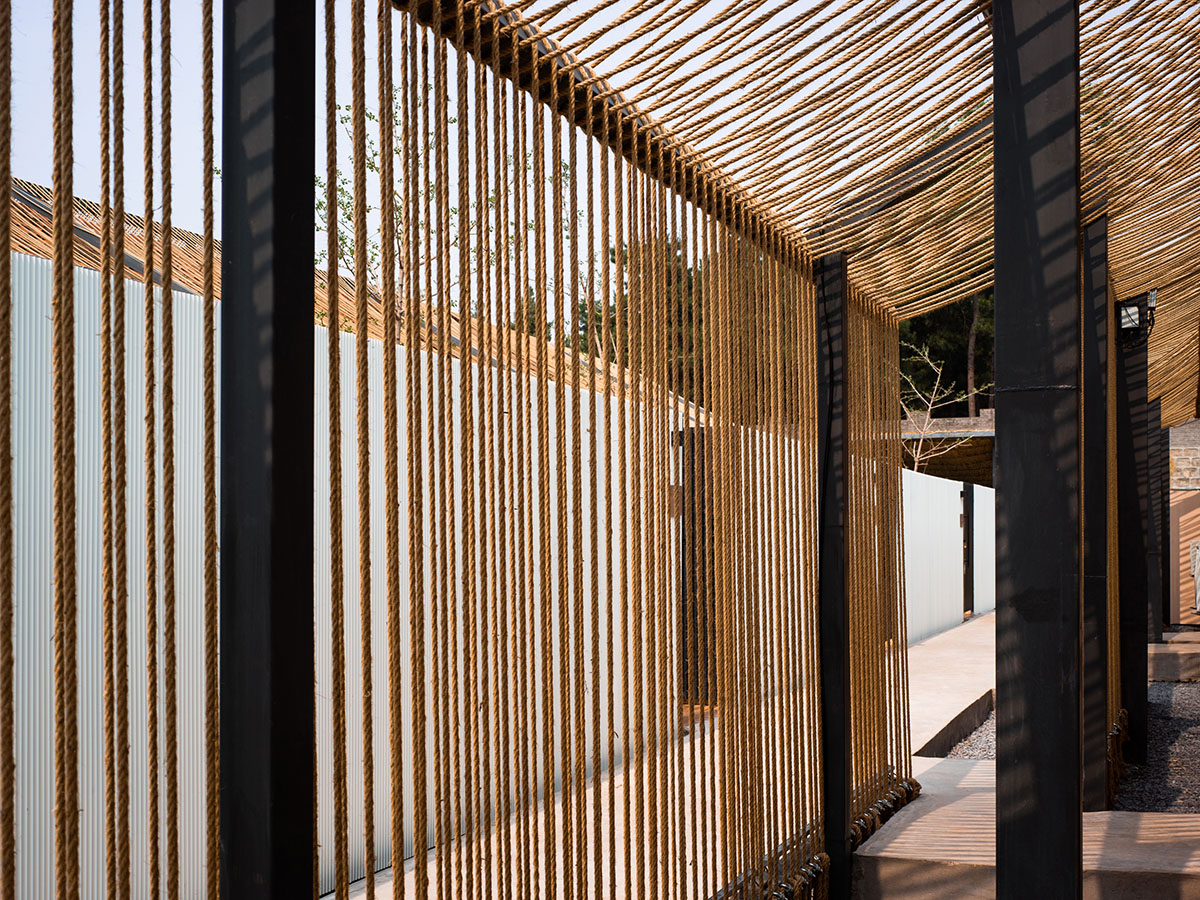 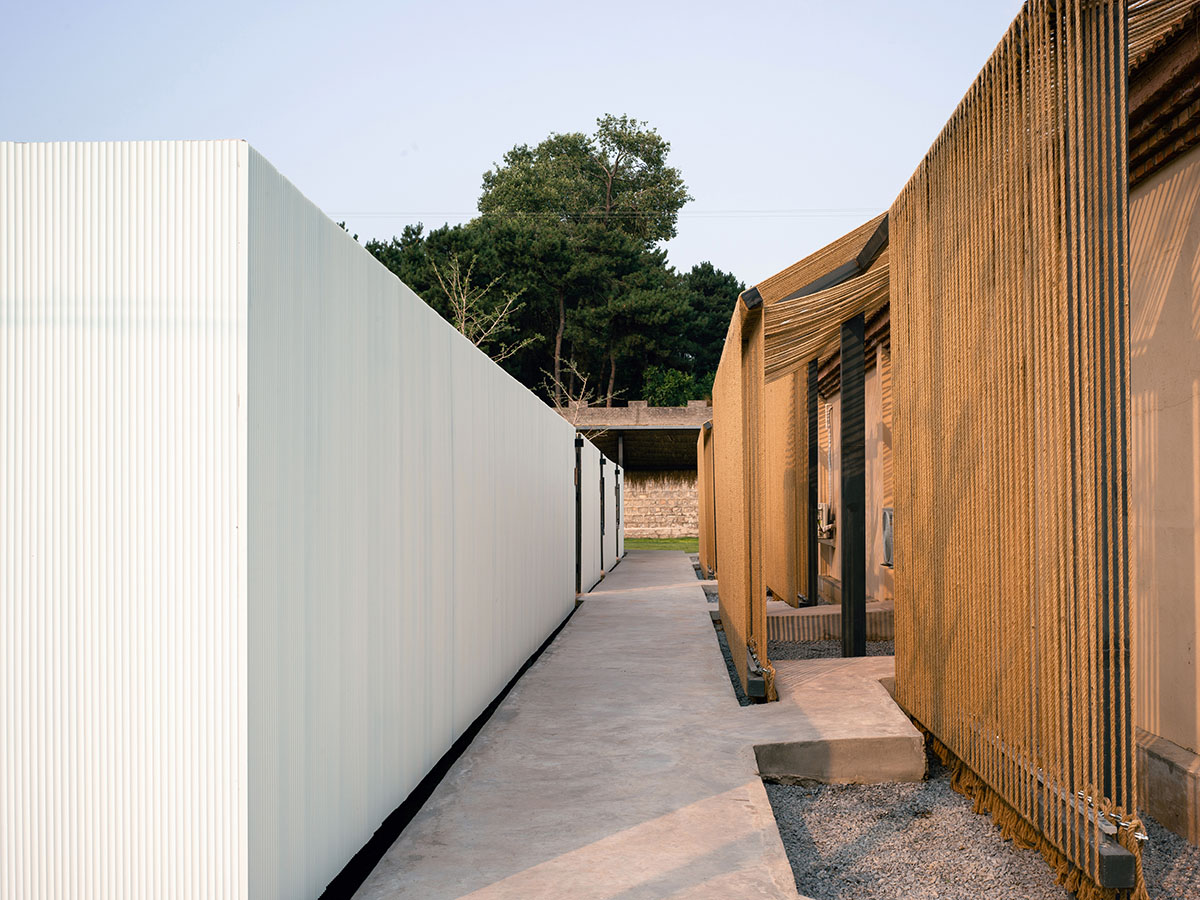 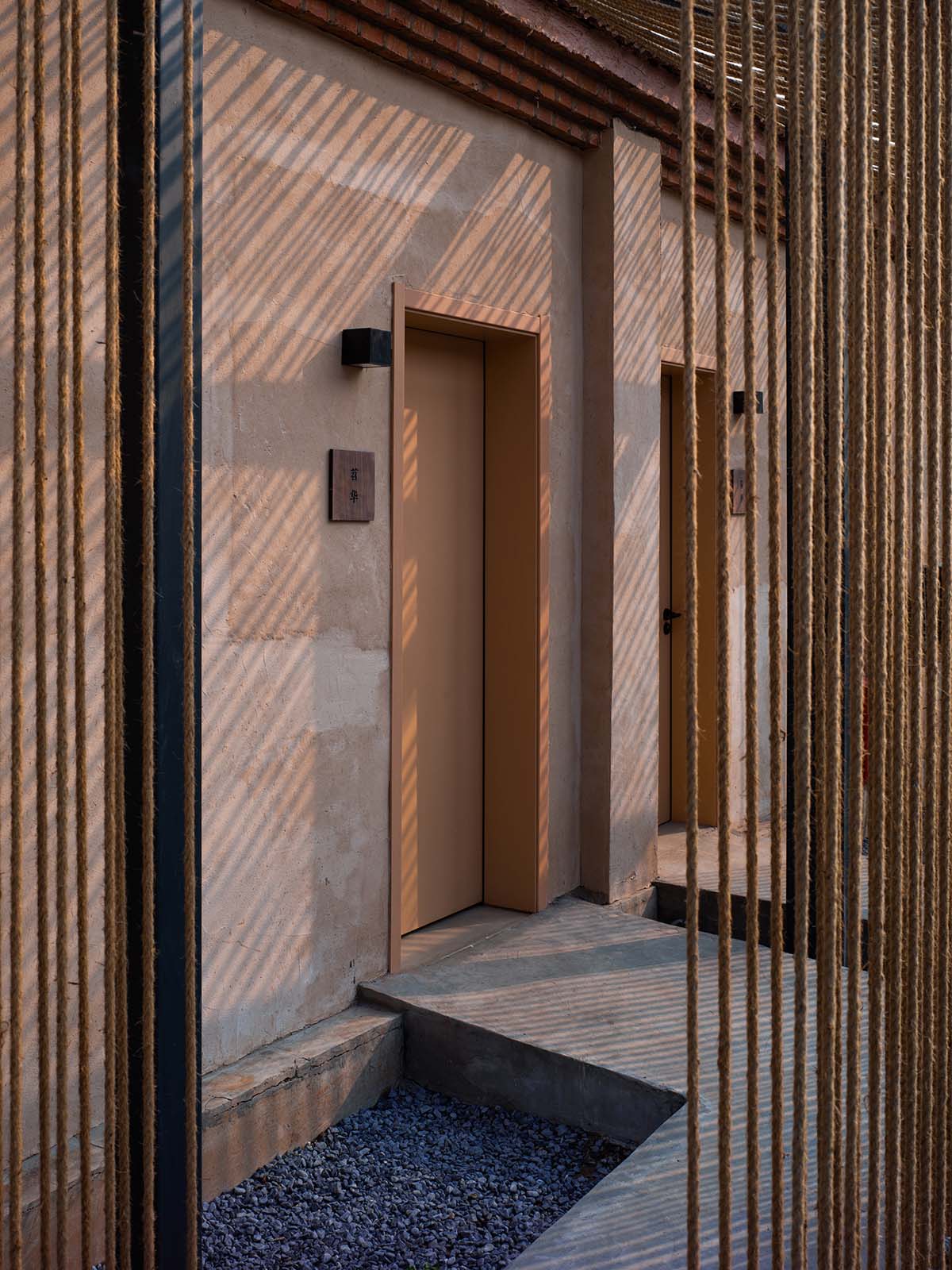 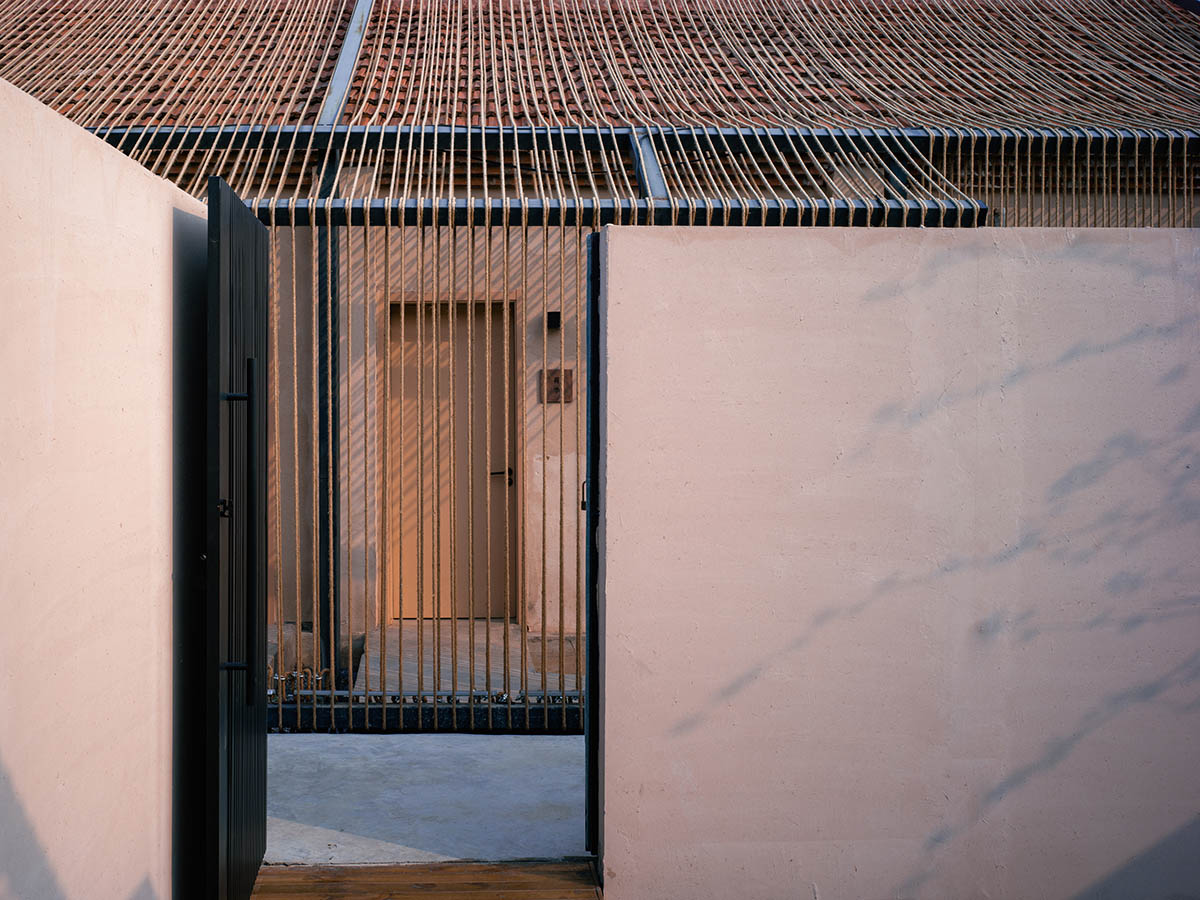 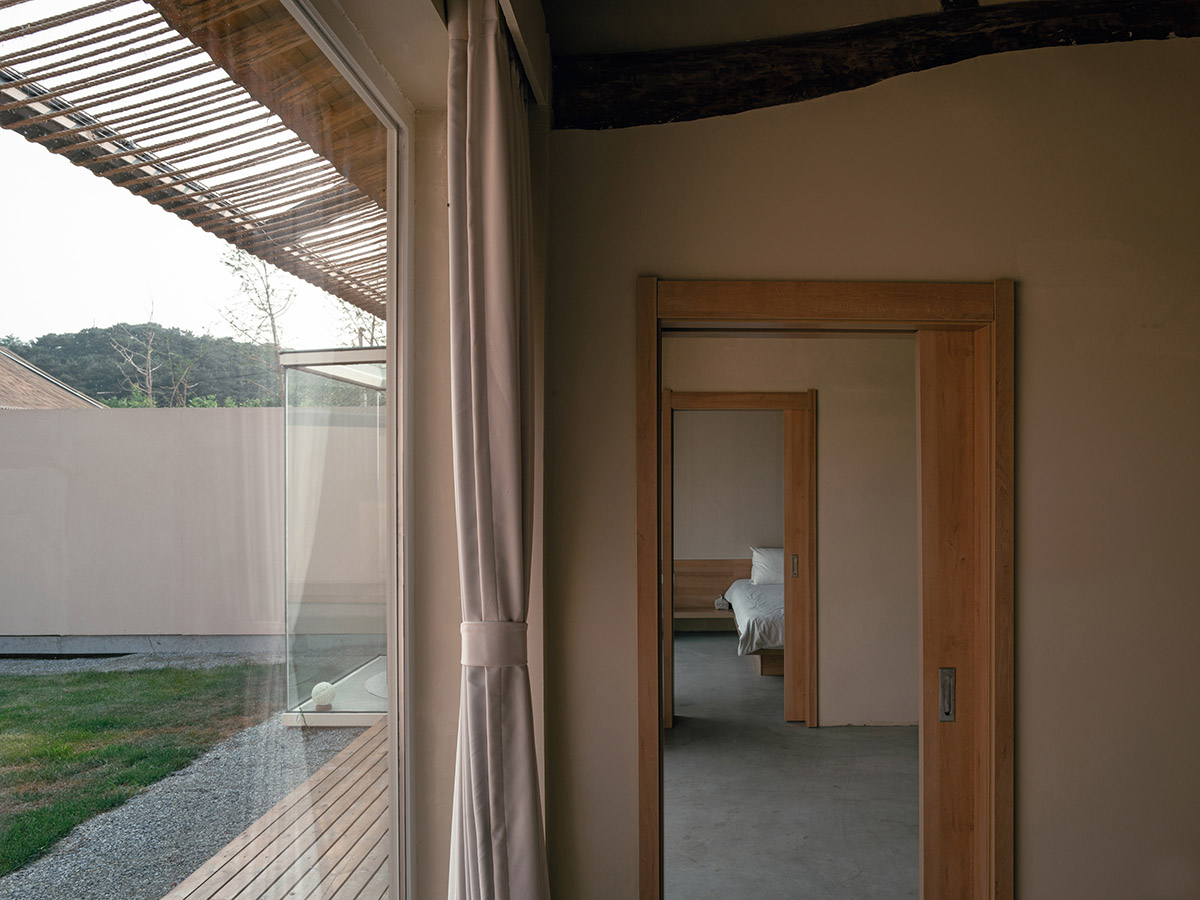 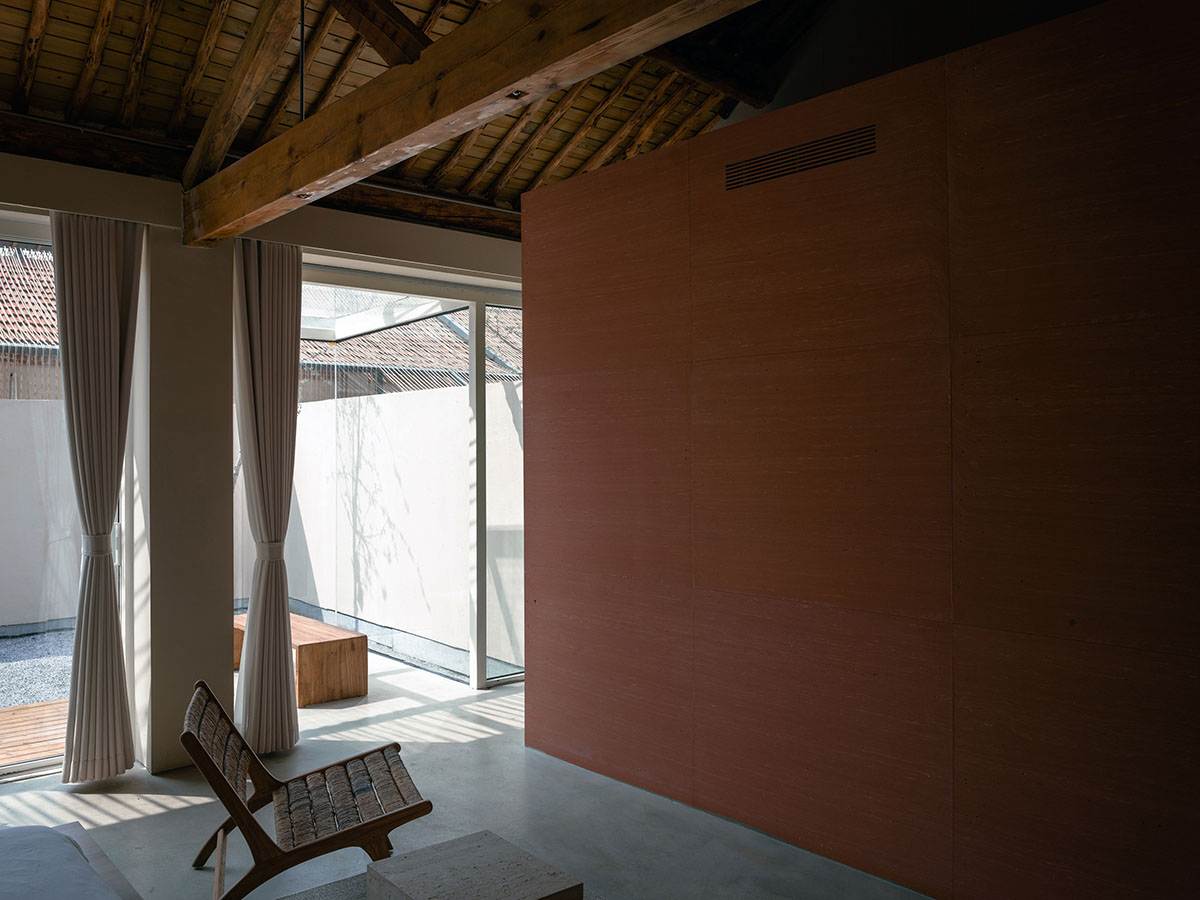 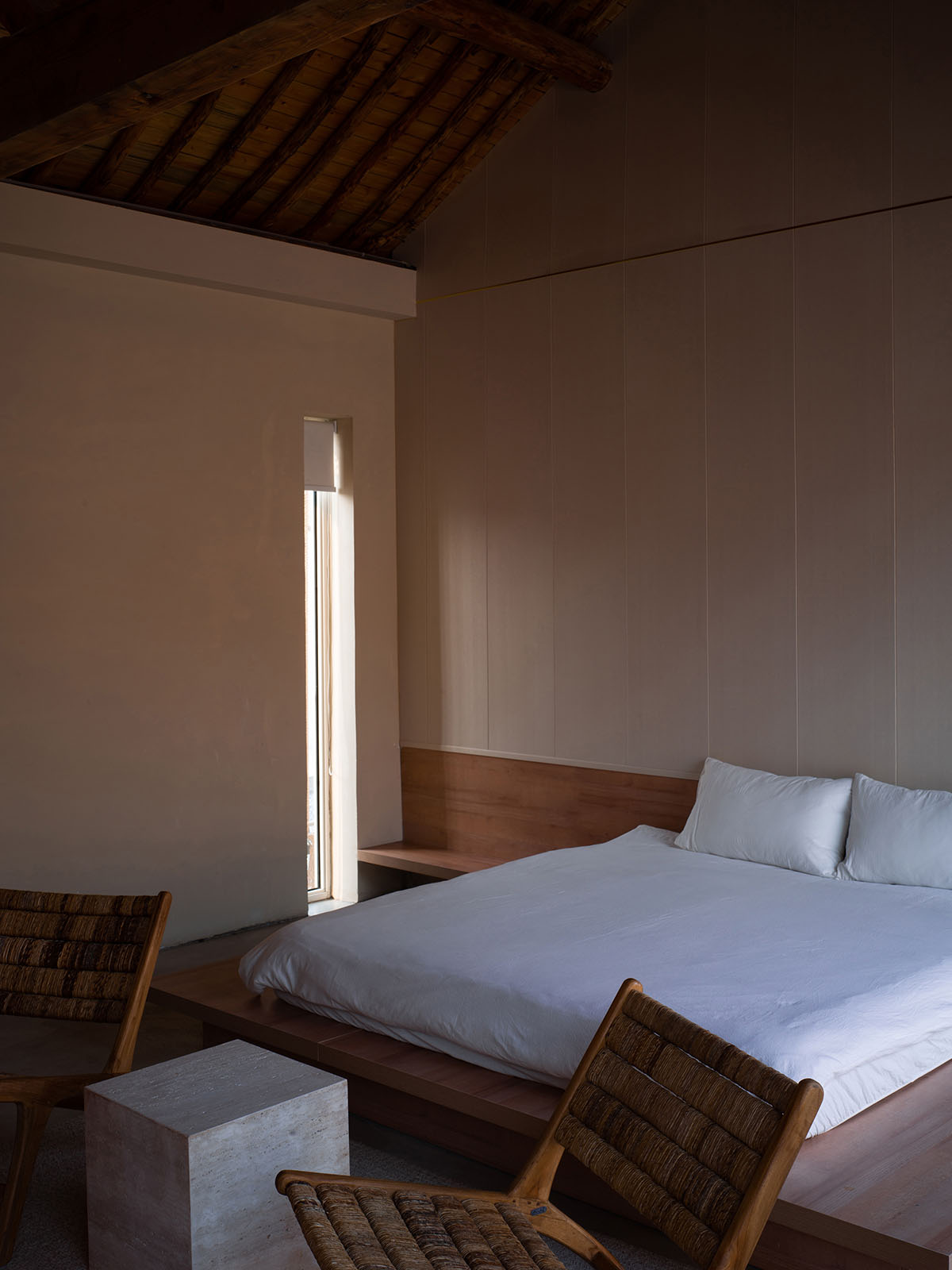 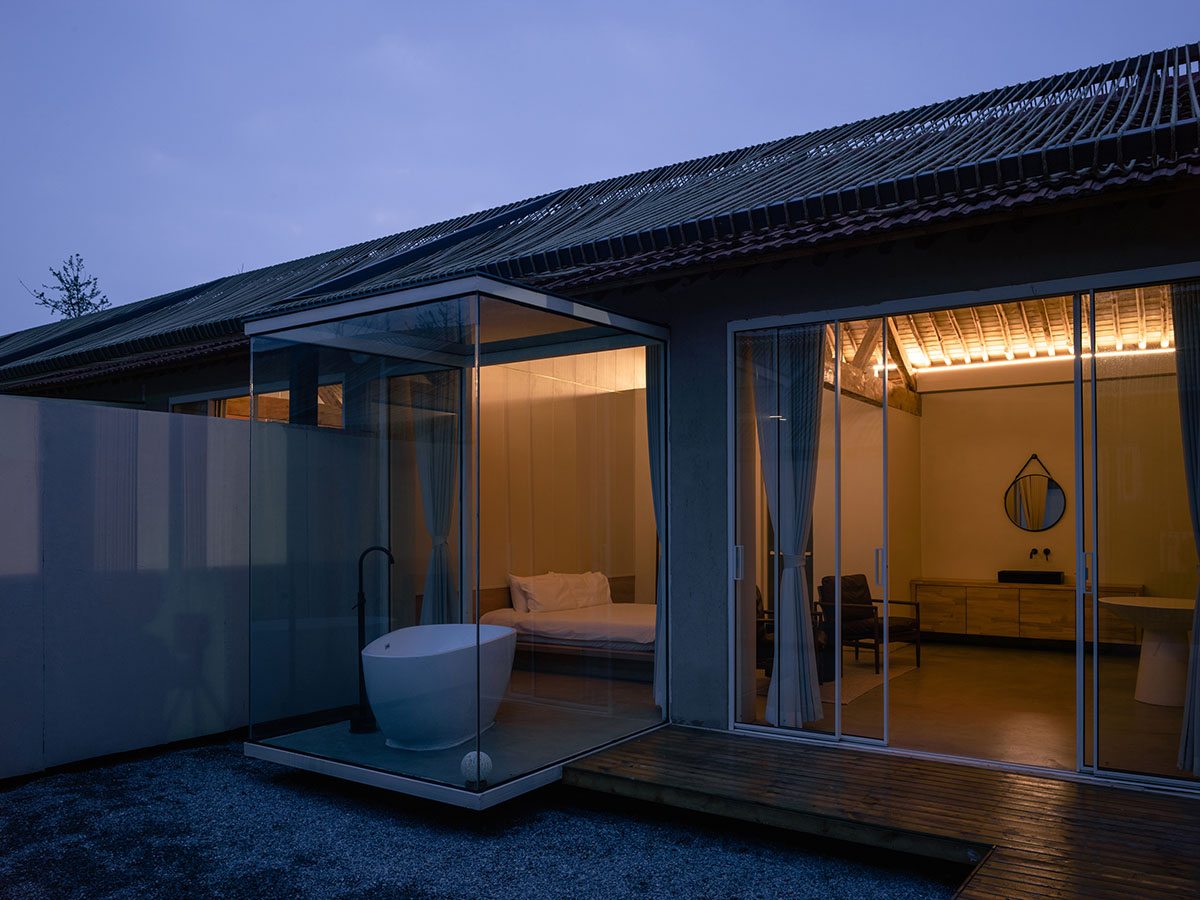 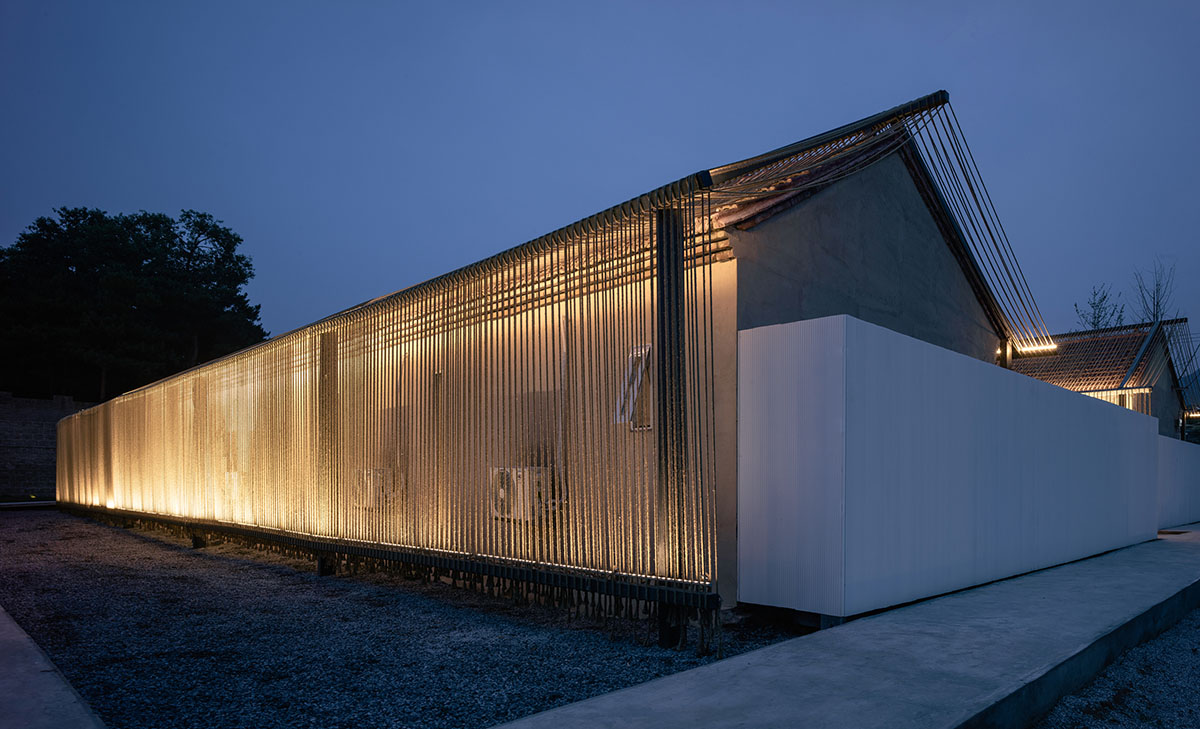 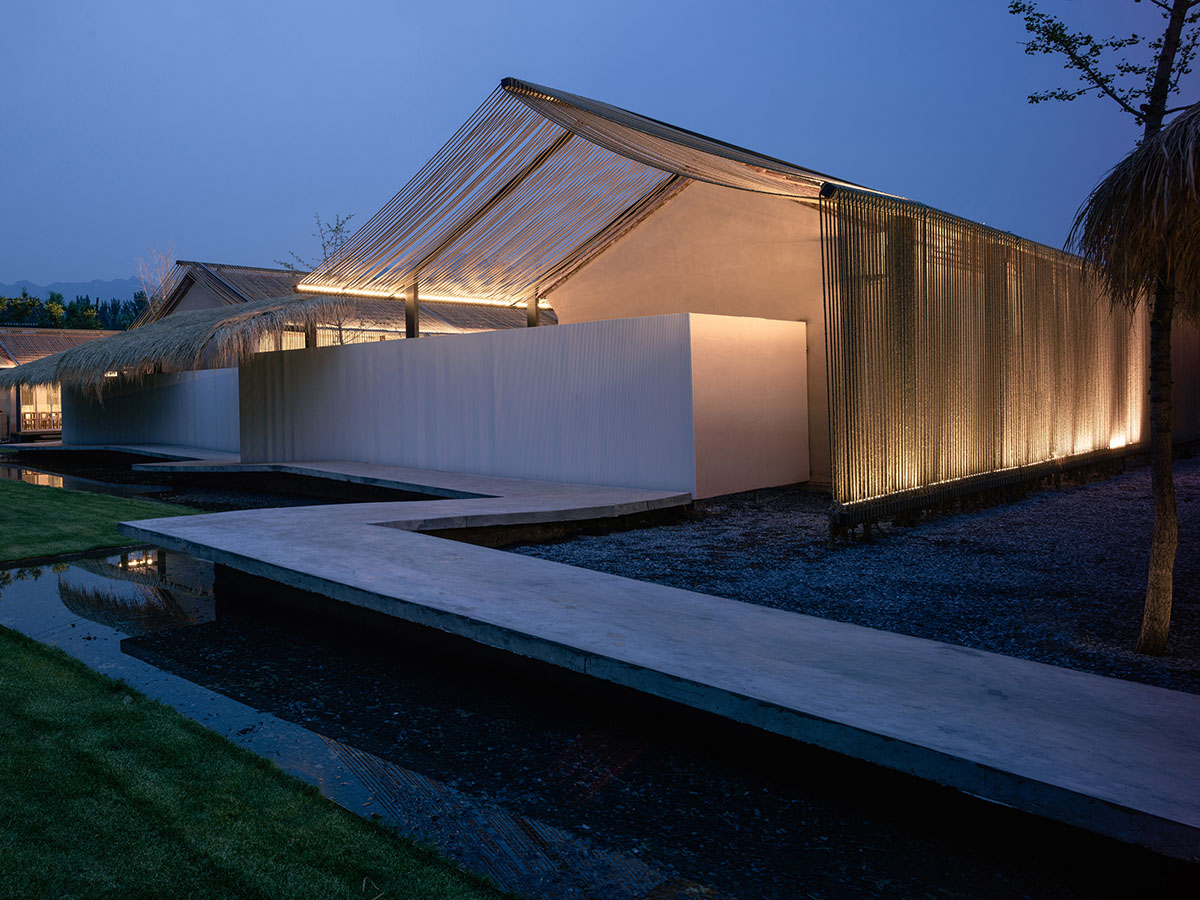 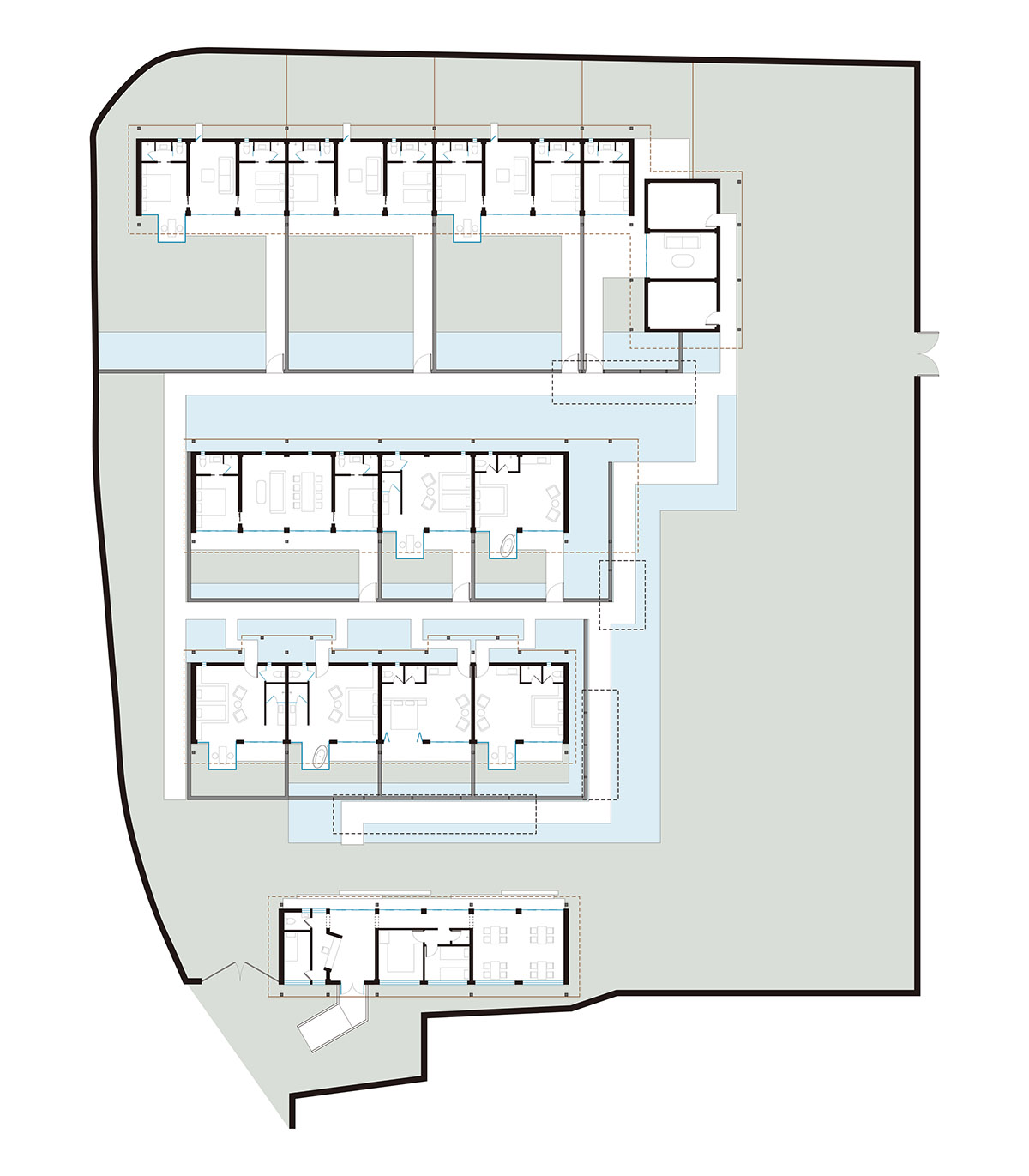 Established in Shanghai, Domain Architects, led by Xiaomeng Xu, is a studio operating within the boundaries of architecture, urbanism, landscape, interior and product design.