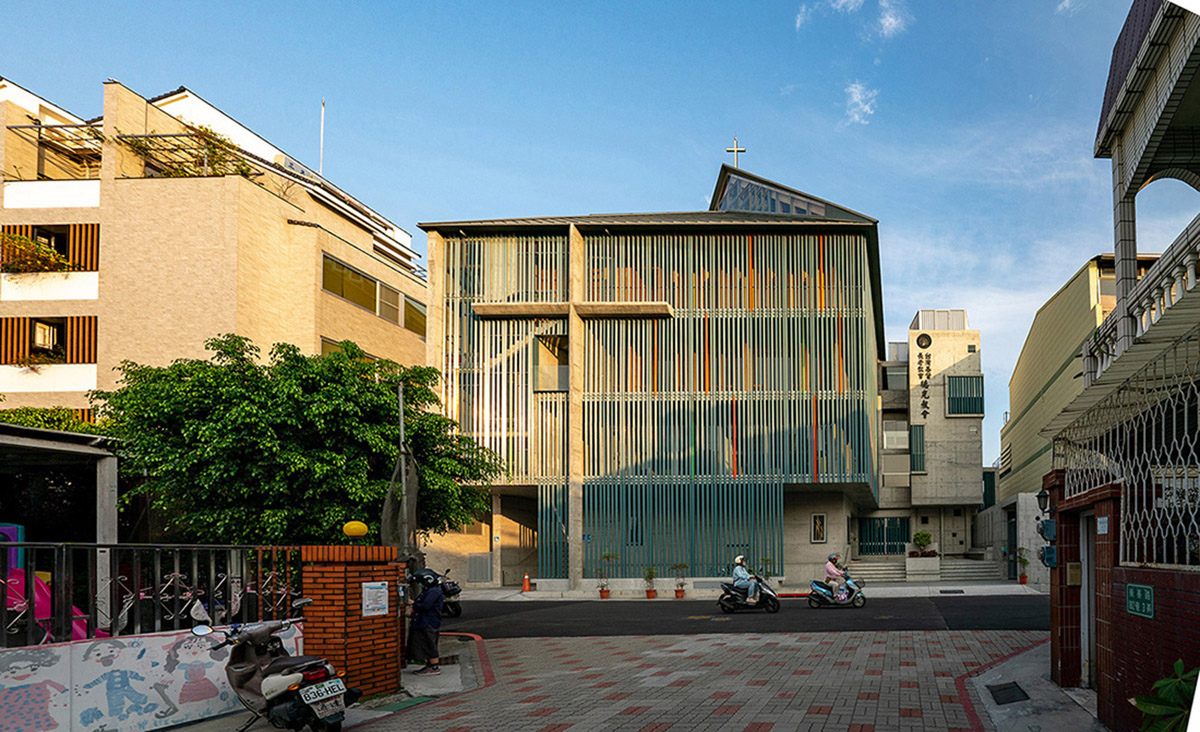 De-Guang presbyterian church is located in Tainan, a southern city of Taiwan.

Most of the buildings around the site are three to six stories raw houses in the high-density residential neighborhood. The small church plays the role as the community center. 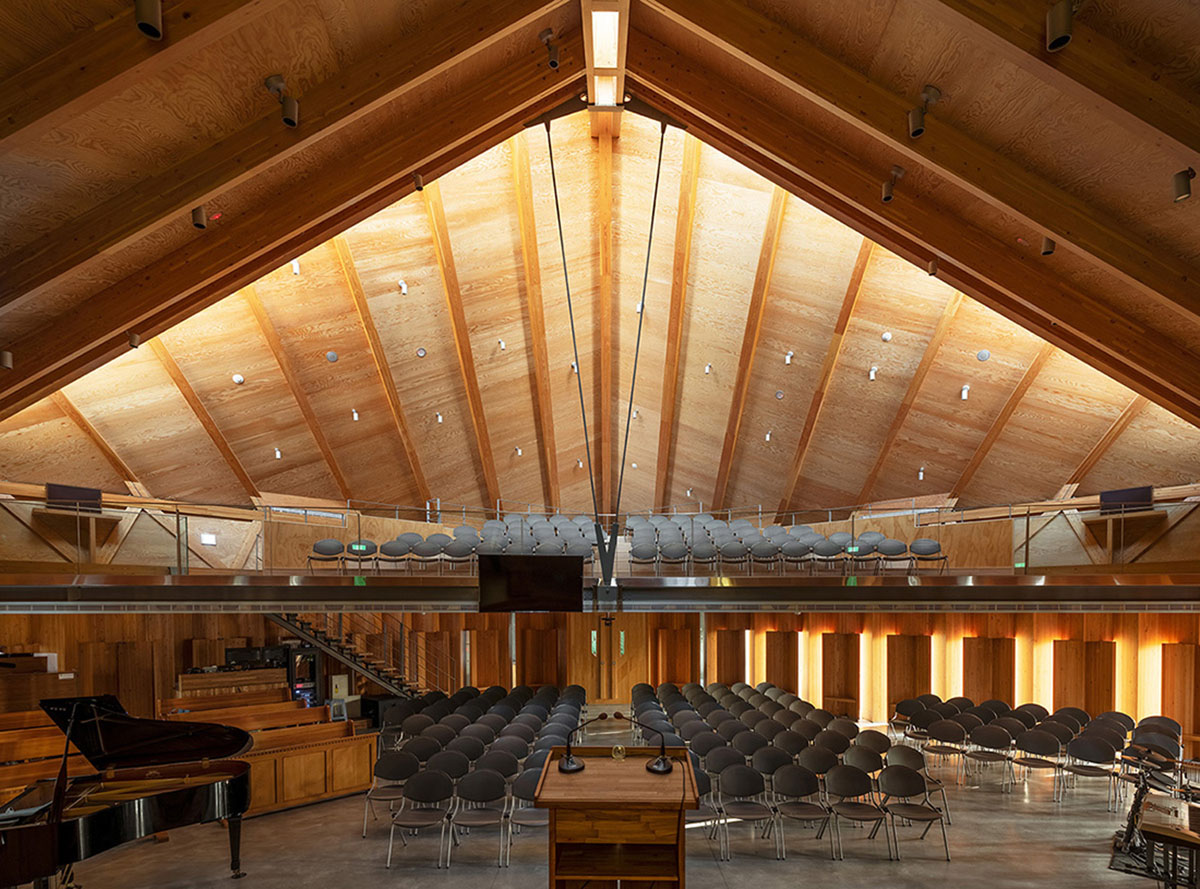 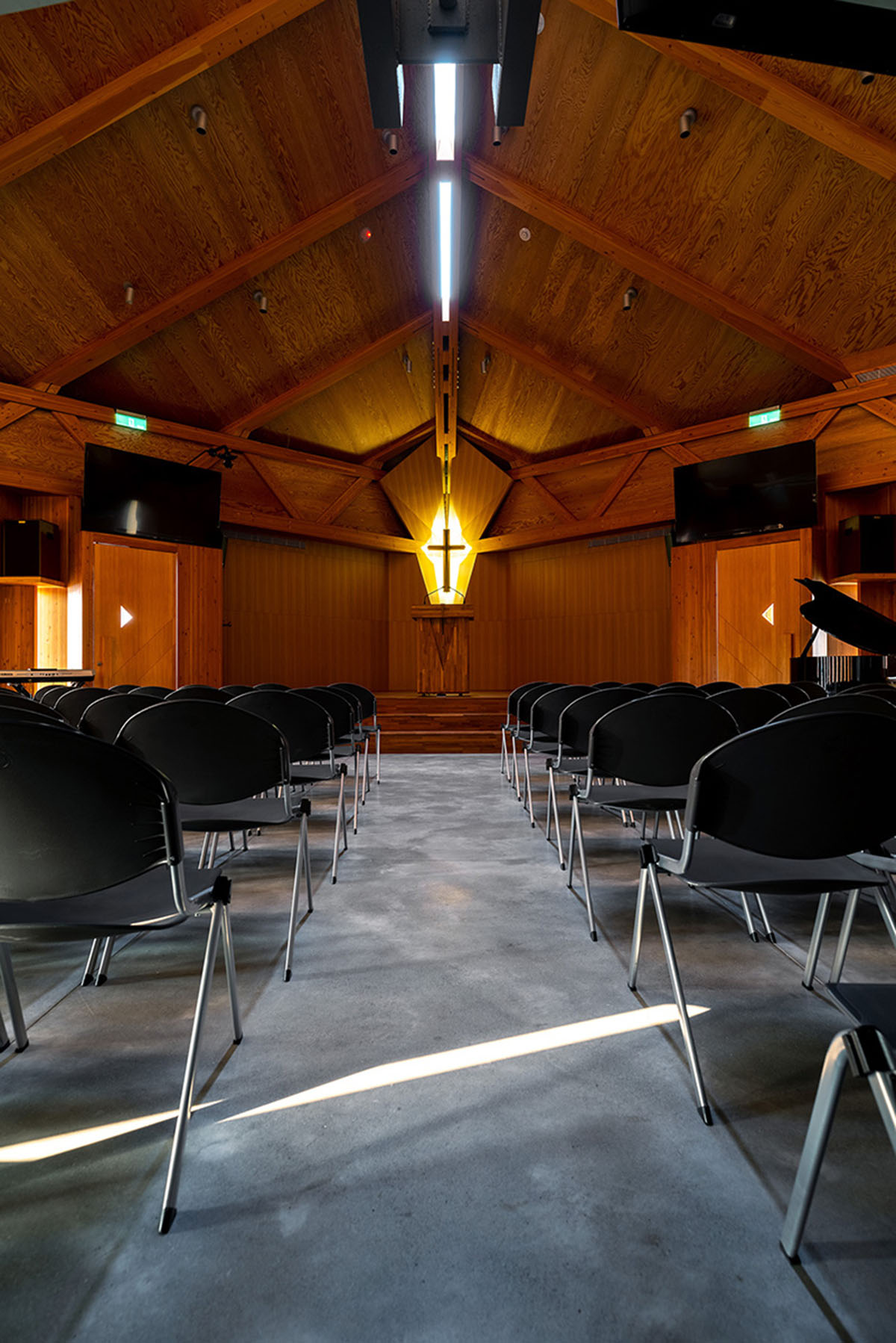 According to the Bible, before King Solomon built the first temple, believers were inspired by the image of “meeting  tent”. The architect Liao converted the figurative concept of "the tent" into a concise architectural image, responded to the neighborhood in a simple posture, and achieved a sense of harmony with the surroundings in the end.

Speaking of construction, fair-faced concrete was mainly applied on the building, the grille façade is made of painted angle steel which is easy to maintain in the local that effectively achieving the sunshade effect, the double facade helps the air circulation in the building. At the same time, it meets the needs of the hot local environment.

Before entering the church, a bougainvillea as the focus of sight which symbolizing the eternal church. Squares and seats can attract community activities here, people and religious are connected here.

The interior of the church is surrounded by many corridors, penetrating and connecting with each other, just like the alley of a miniature city, coupled with a high atrium, allowing the wind to flow freely and improve the comfort of the building. 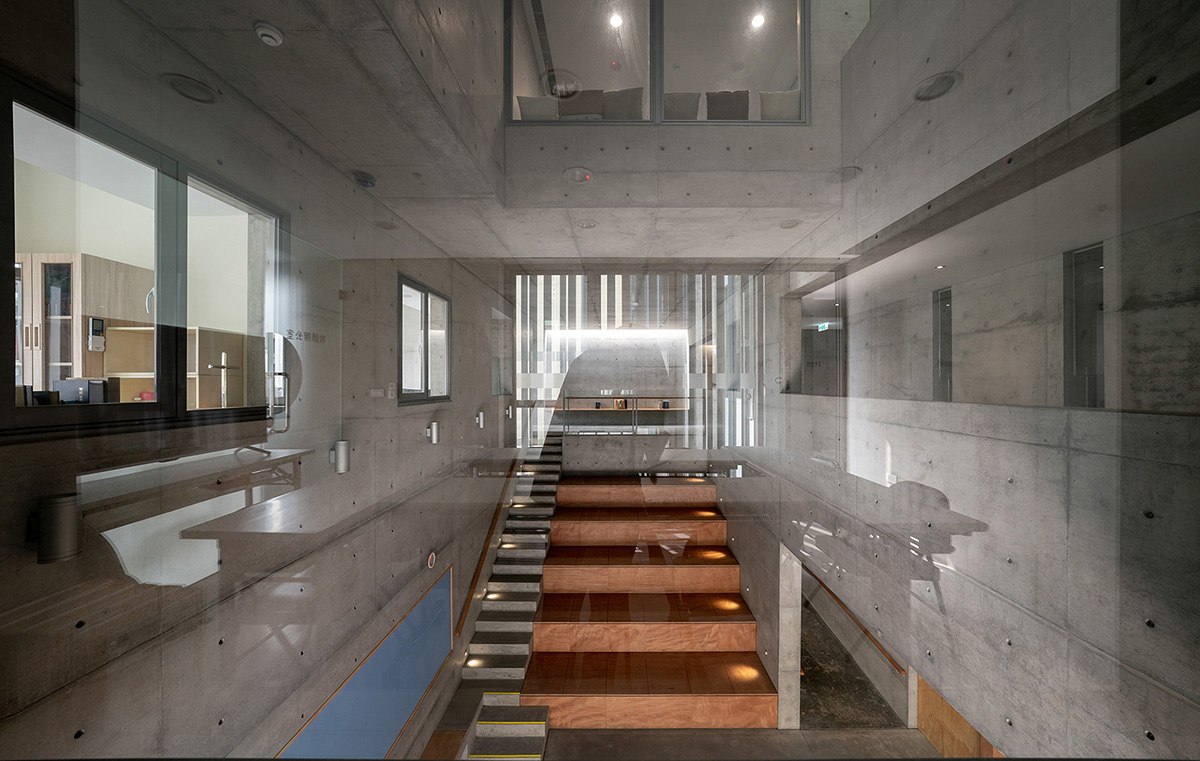 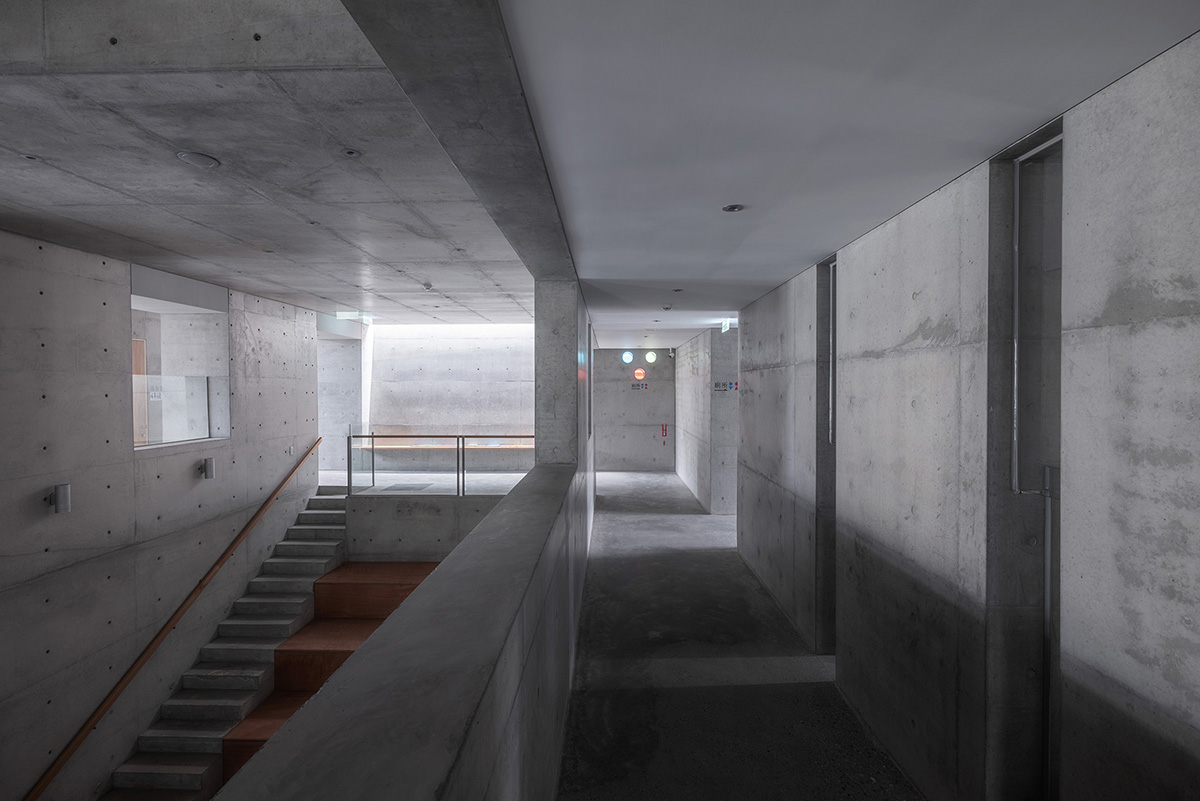 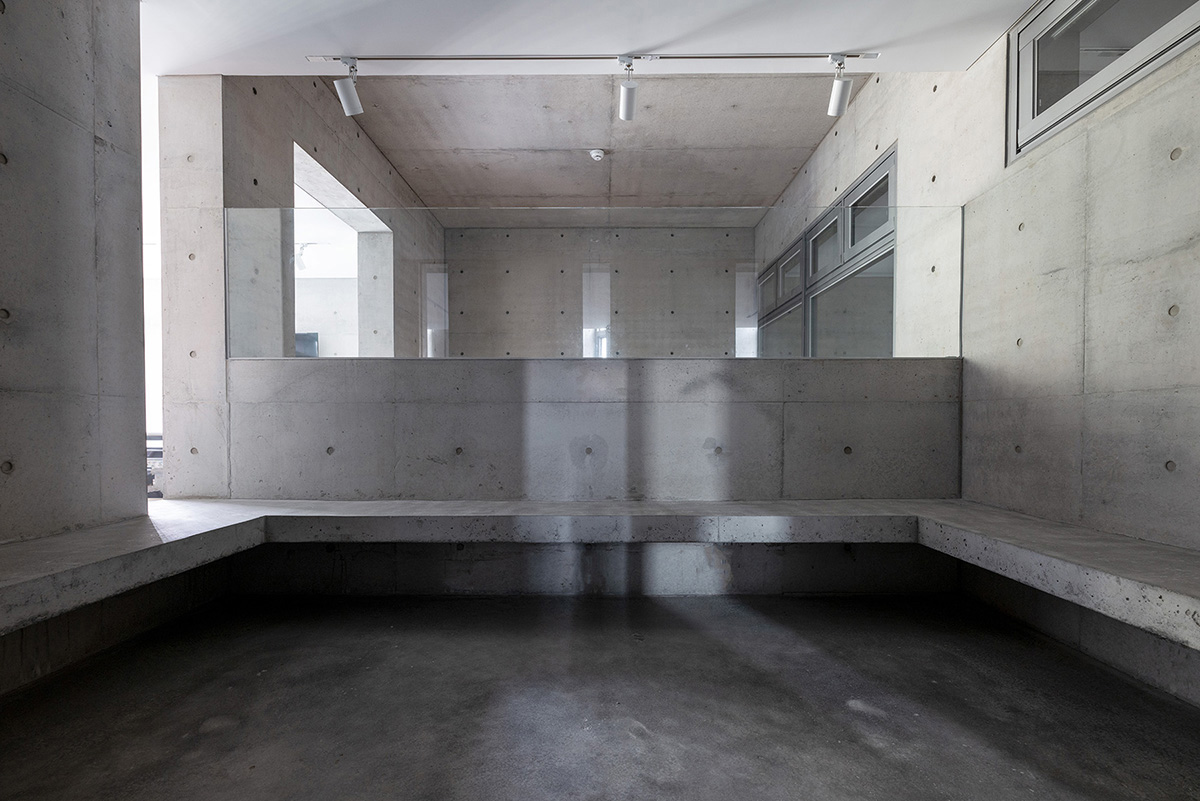 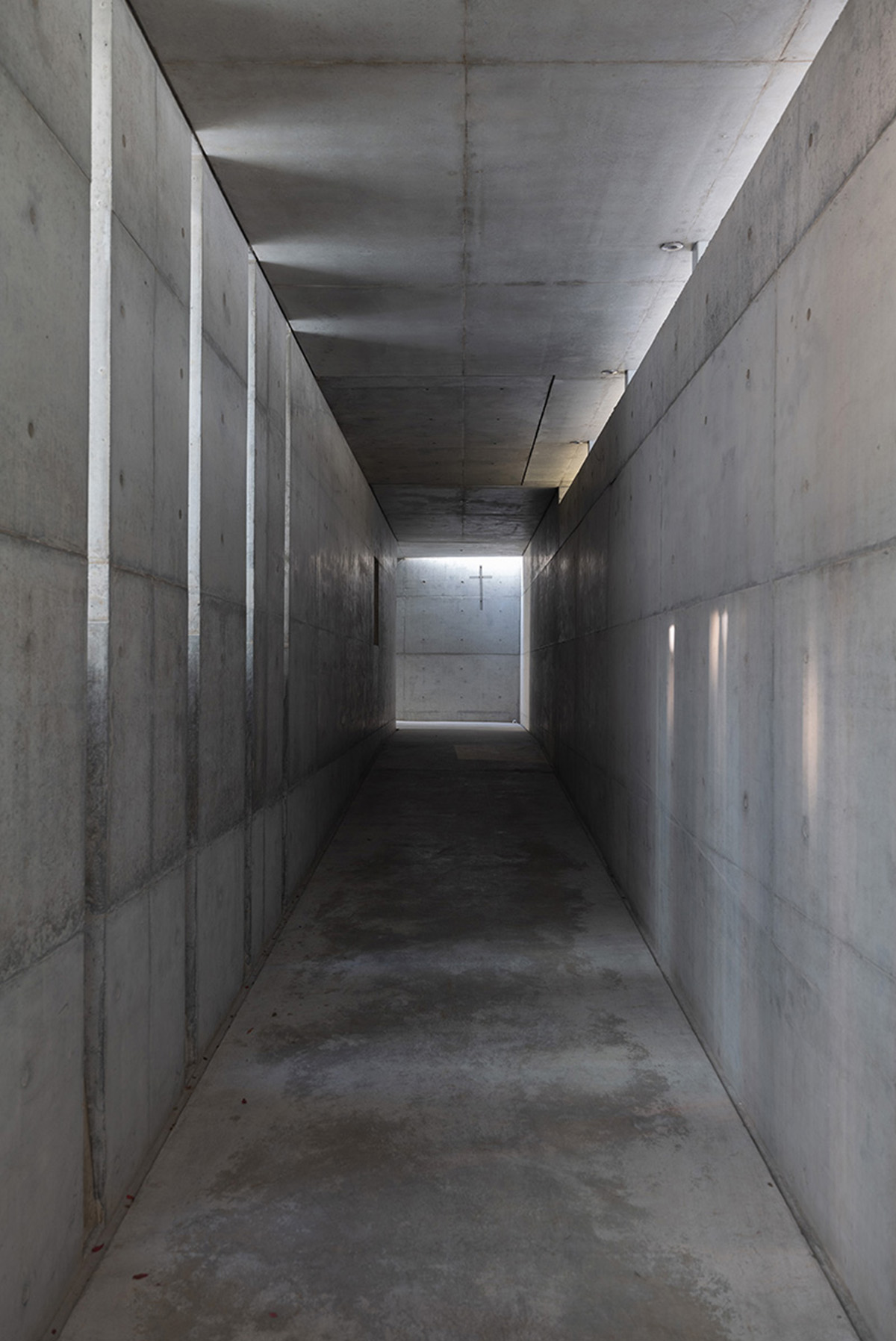 These intermediary space, semi-outdoor space and semi-public space penetrate into each layer of internal space, trying to make people "enter inside and seem to enter outside, enter outside like entering inside", and internal and external spaces blend with each other, making people reflect on themselves.

When people move through alley-like corridors, these intermediary spaces increase the body's perception, slow down the sense of time, and try to settle people's hearts down and prepare to enter the temple at the highest point. At night, light shines from the inside, and the church like a lantern against the neighborhood. 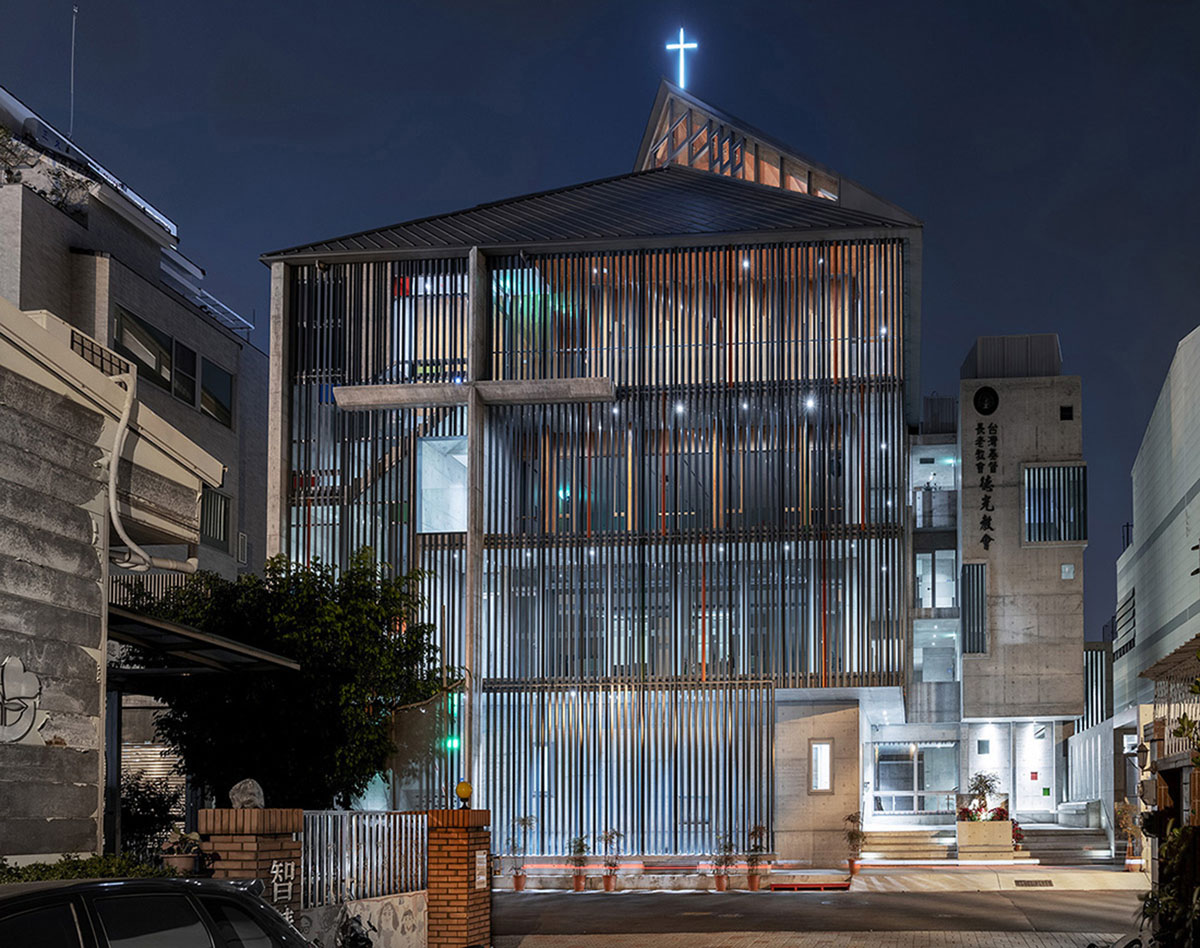 All images and drawings courtesy of Liao Wei-Li & AMBi Studio.