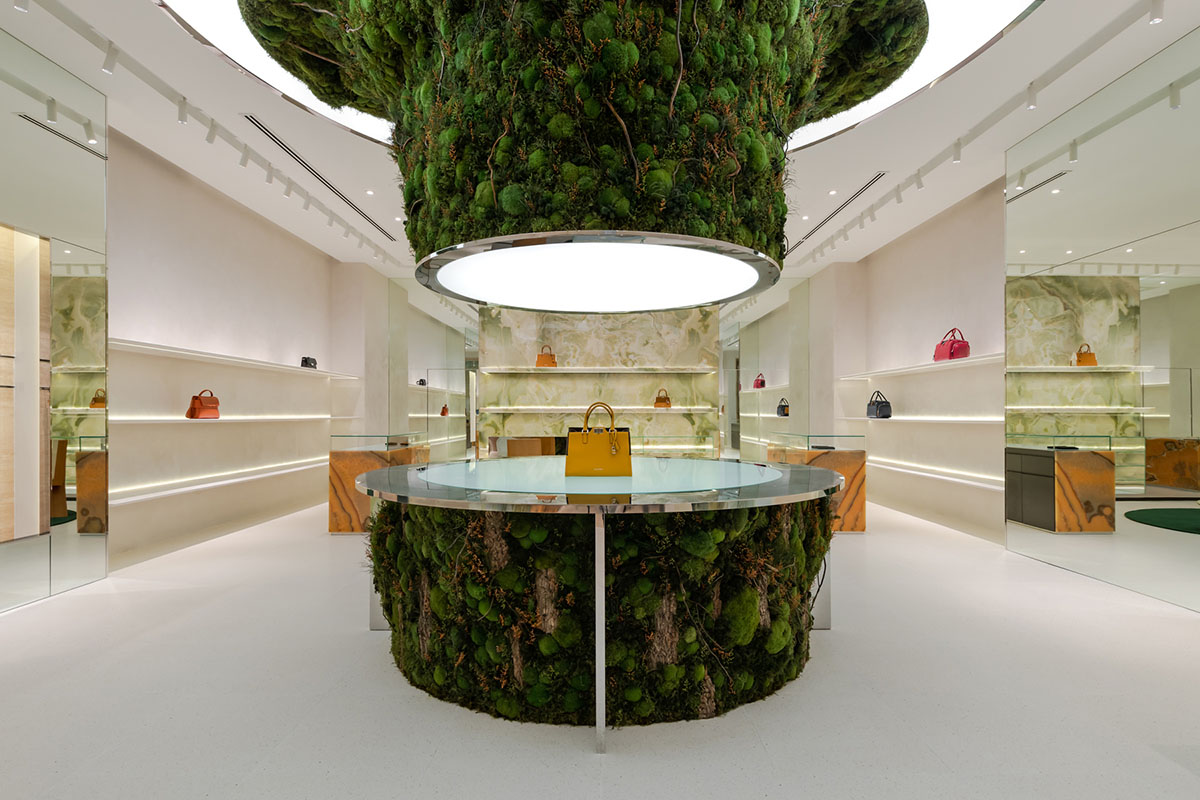 Shanghai and Kuala Lumpur-based architecture practice Spacemen has created "an abstraction of a living tree" in the interior of a store in Putrajaya, Malaysia.

The artistic appearance of the moss-covered organic structure was realized by moss artist Ohsum Mossum, a botanical art platform founded by plant artist Ronnie Khoo in 2015. 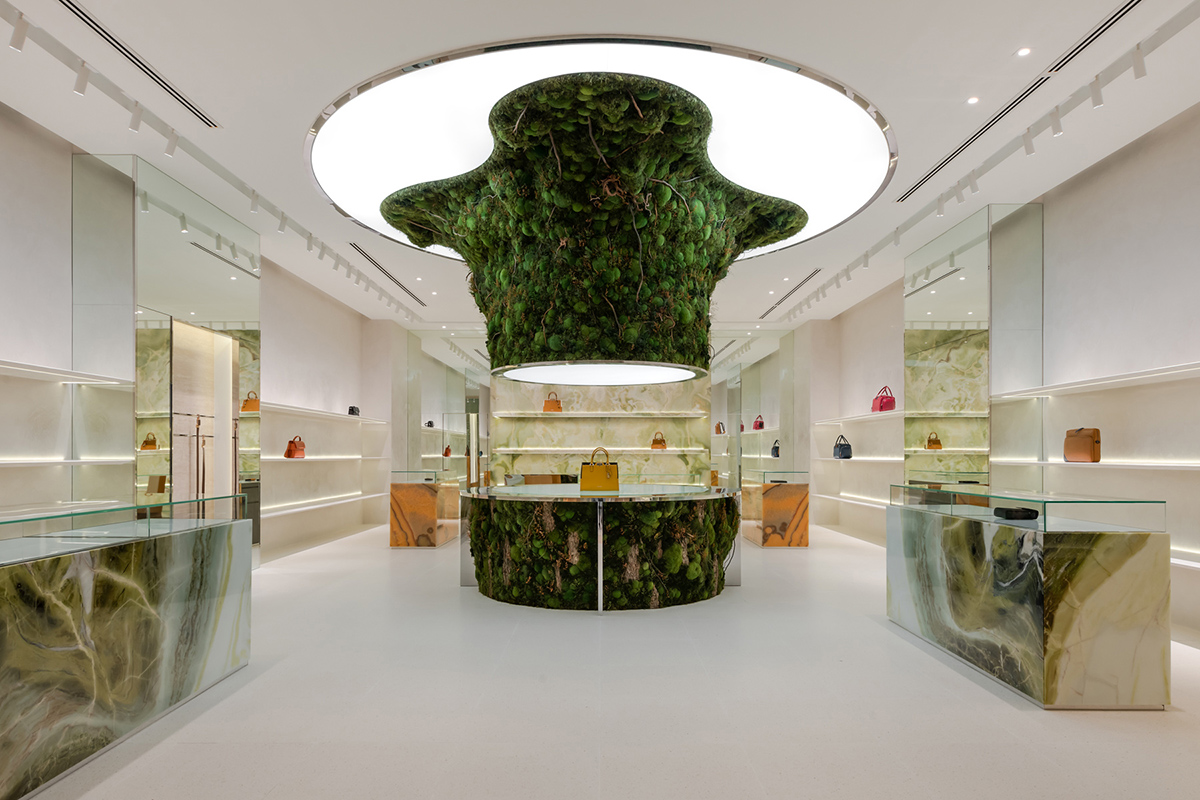 Designed for Braun Büffel, a German brand premium leather handbags and accessories, the interior space is made of light and powder color palette with green tones to create a striking contrast with products.

Spacemen has designed the latest flagship for Braun Buffel, the first in a series of conceptual spaces entitled "‘Urban Bloom". The studio conceived the interior space by merging the concept of a gallery and a laboratory.

The interior looks like a living laboratory as a whole, carrying the shopping experience to another level. 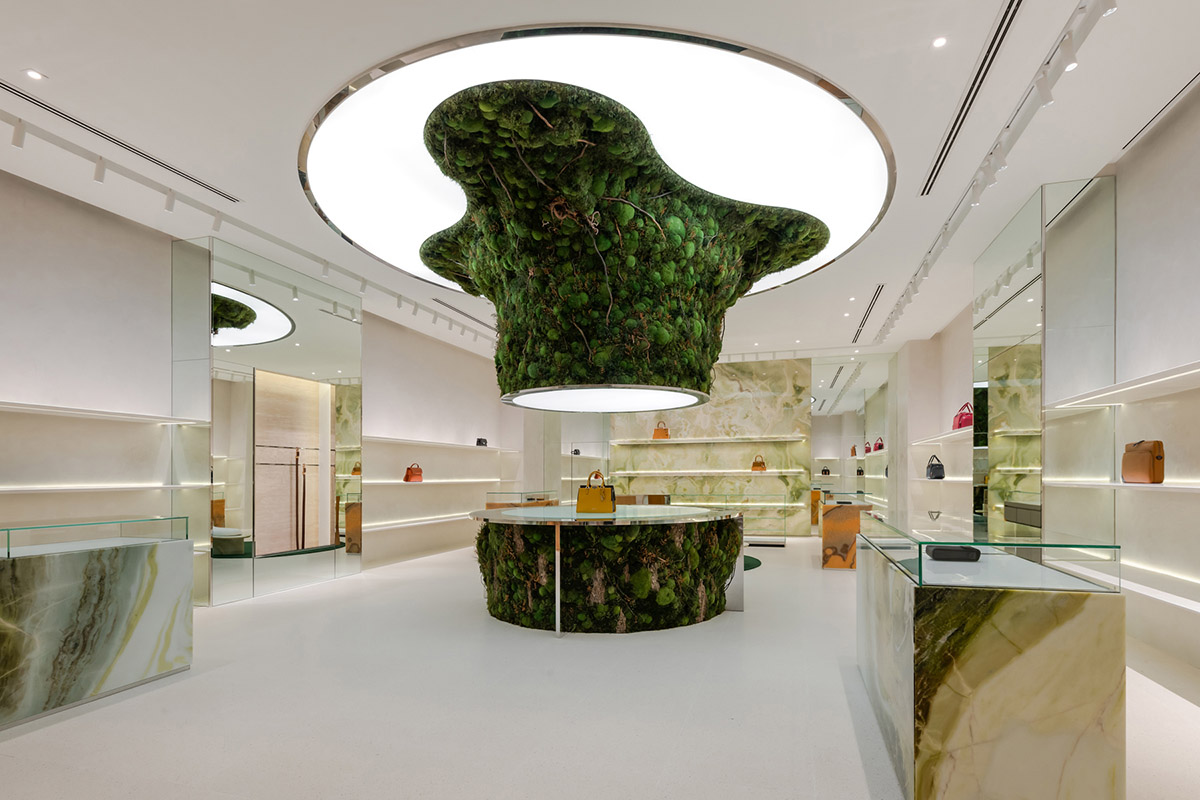 "The brief called for a concept with the visual impact to draw people into the store with the intention to experiment with human interest taking precedent over design intention," said Spacemen.

"Eschewing the traditional concept of luxury in favour of a maximal minimalism approach, the centerpiece of the space is an abstract interpretation of a living tree sprouting from the floor through to the ceiling, like an experiment growing in a sci-fi lab," the studio added. 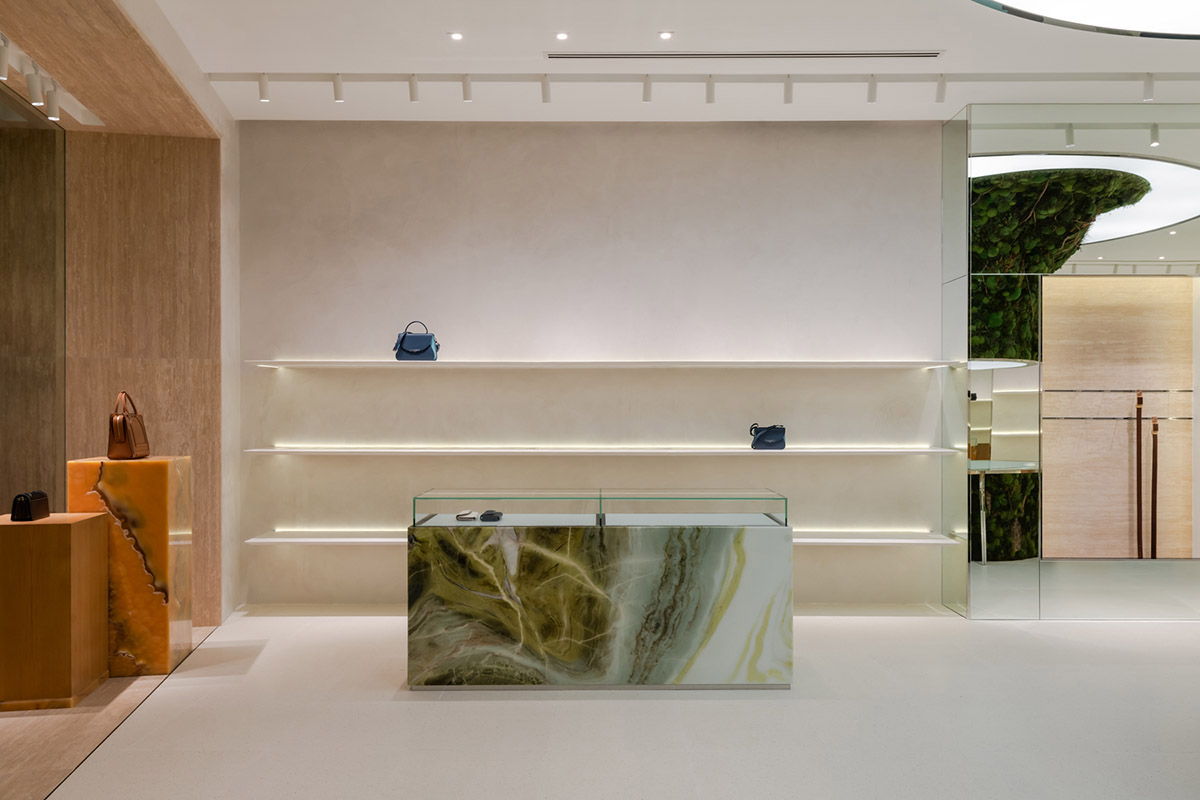 The central structure is clad in a moss to give the installation like an appearance of an organic silhouette.

Due to the nature of green installation, it creates a calming contrast with the open plan layout of the store, while aiming to merge architecture with sculpture, giving unique identity to the space. 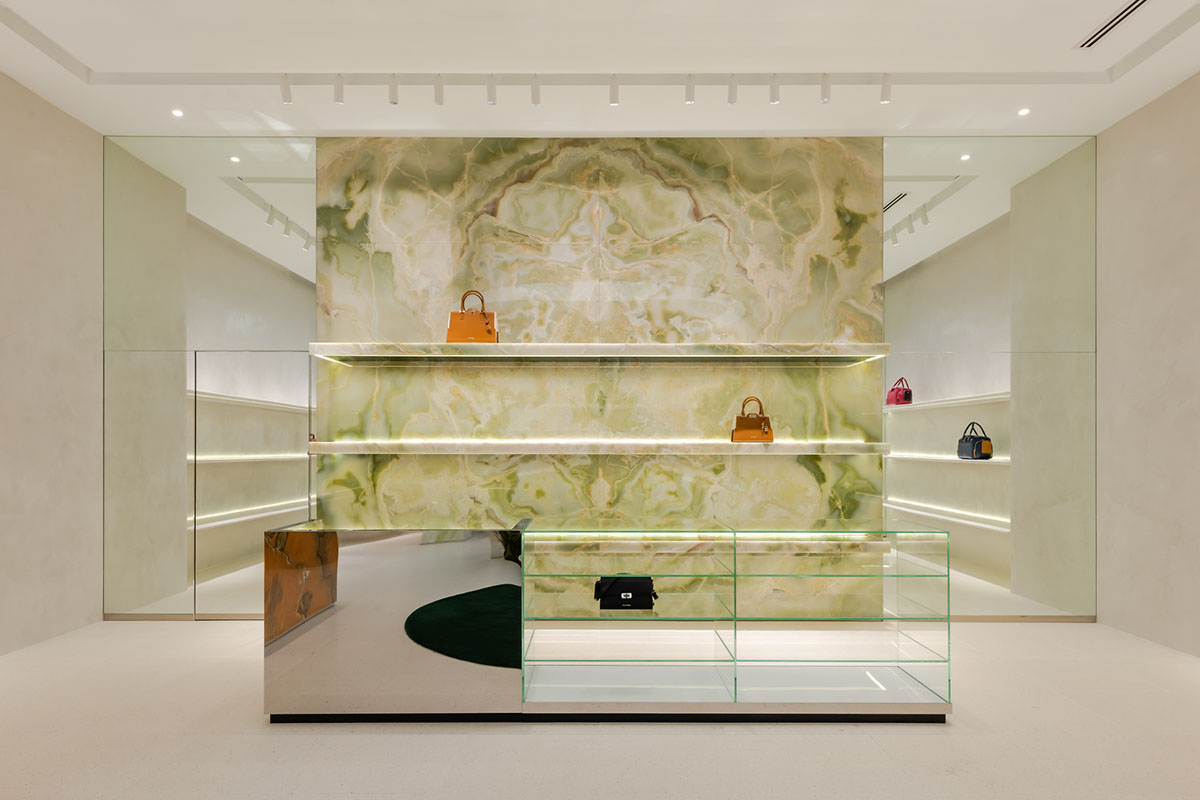 Against a base of pale plaster walls which is used throughout the space, a composition of precious stones with onyx walls and counters take centre stage drawing focus to the displays allowing the products to stand out to shoppers.

A pair of matching green jade marble clad counters with glass vitrines display small leather goods at the front of the store. Its natural green grains provide a visual connection with the rest of the biophilic themed space. Further in, orange onyx display counters add punchy accents into the store. 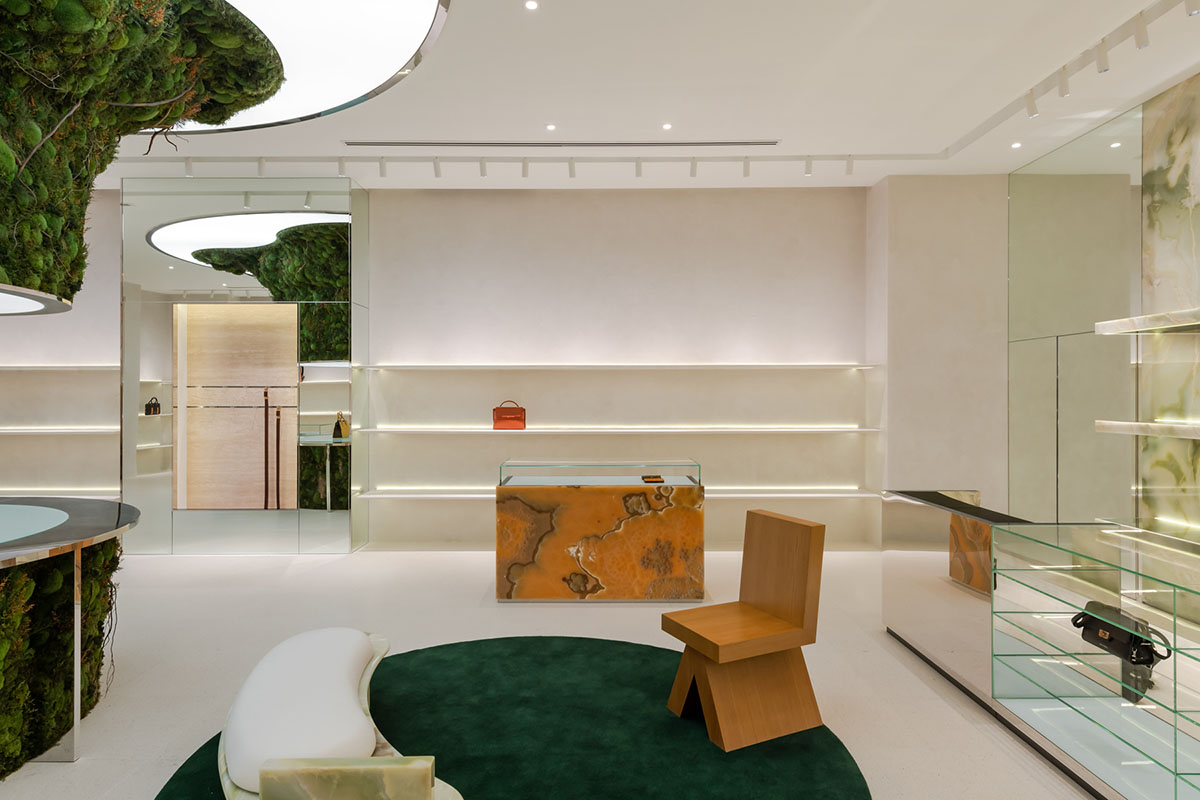 The serene green onyx feature wall which sits at the end of the store is accompanied by a display counter constructed entirely out of clear glass.

Two bespoke pieces of furniture were designed for the waiting area for customers; a long curved bench fabricated out of the same green onyx and an oak armchair. 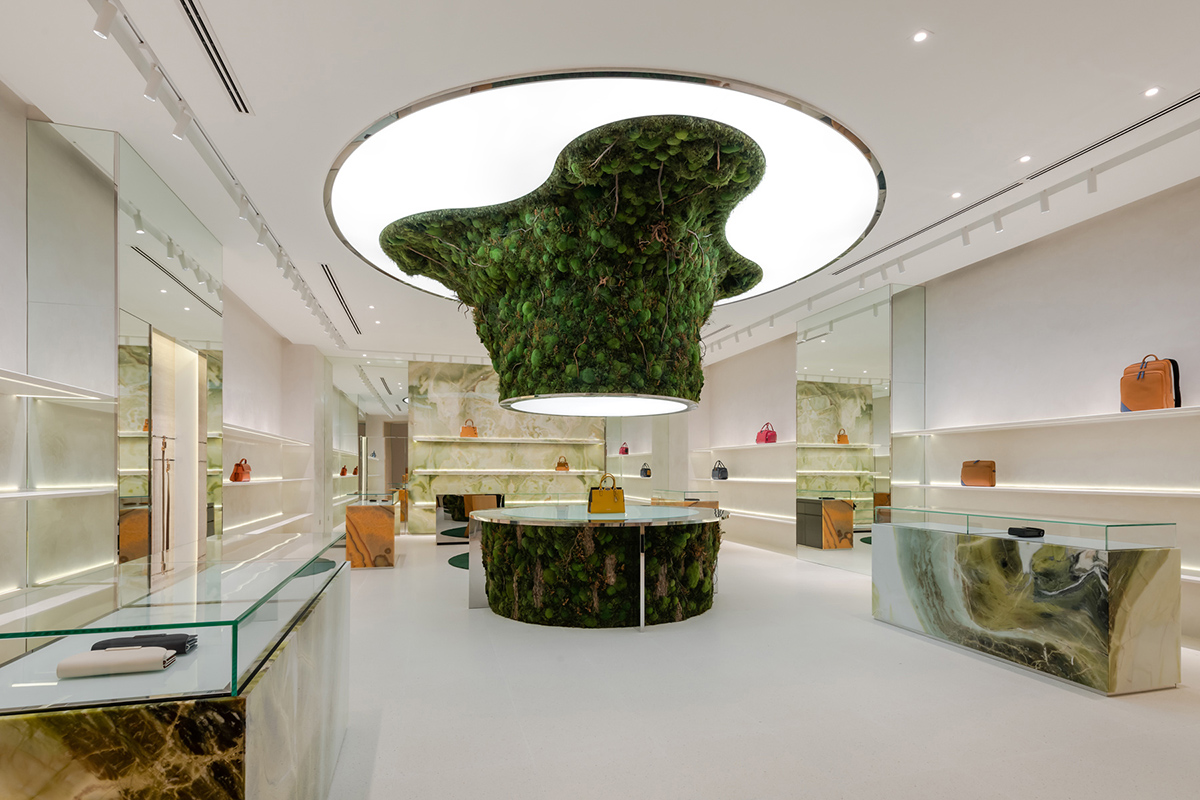 The studio combines artistic elements and nature with a holistic approach.

According to the studio, the store provides an elegant and futuristic aesthetic that redefines the future of brand’s in-store retail environment into an immersive, engaging, and compelling experience. 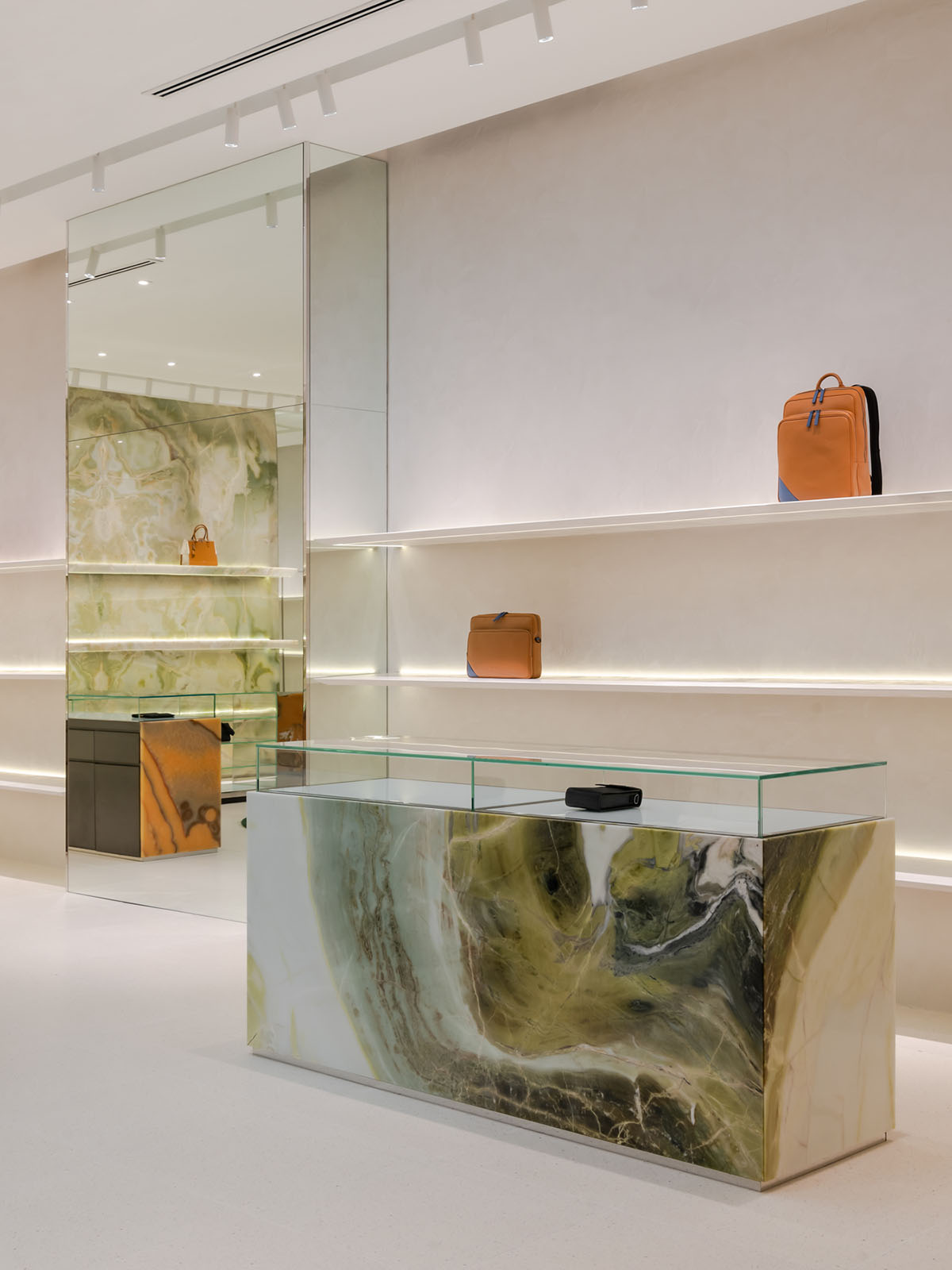 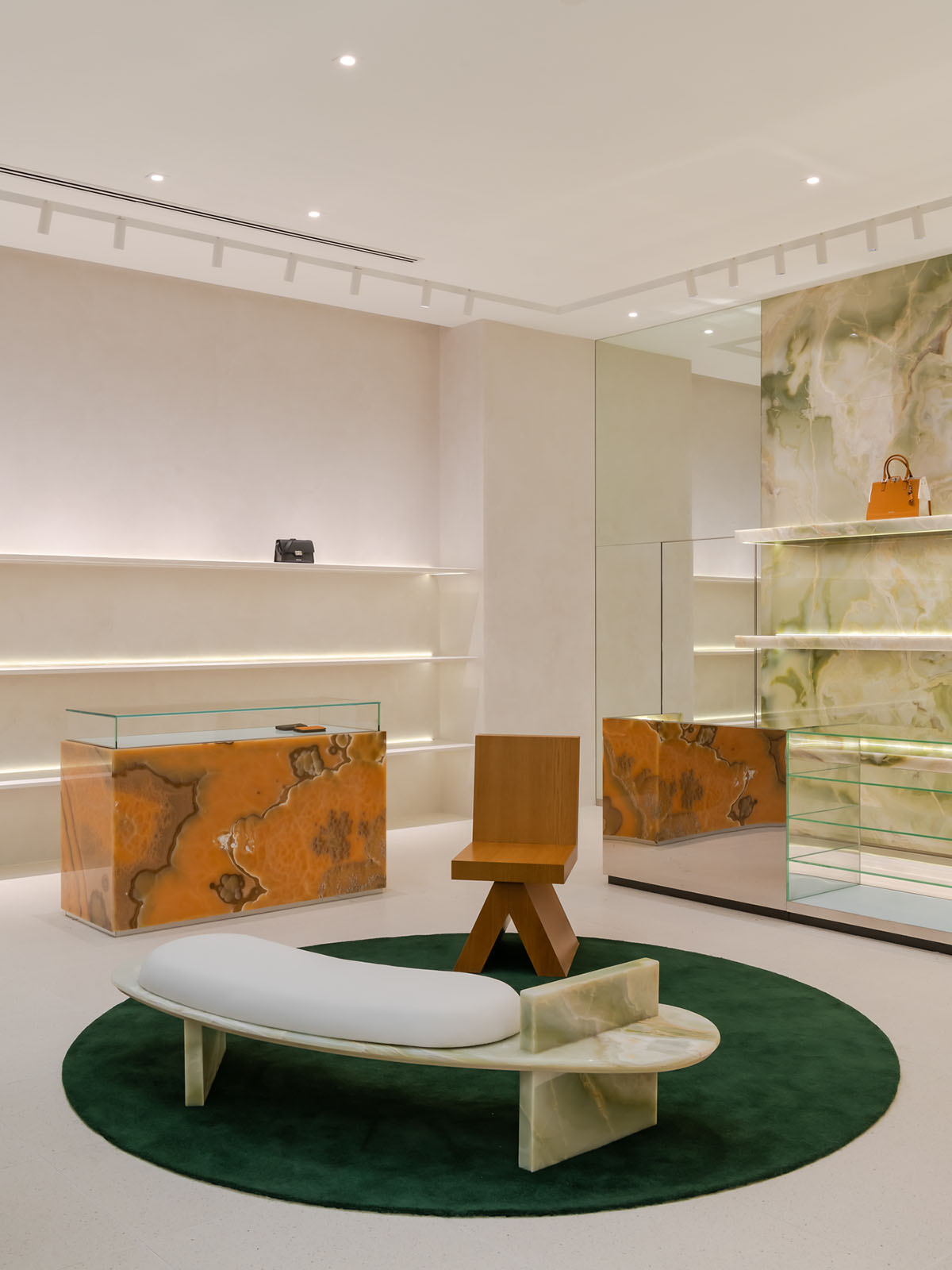 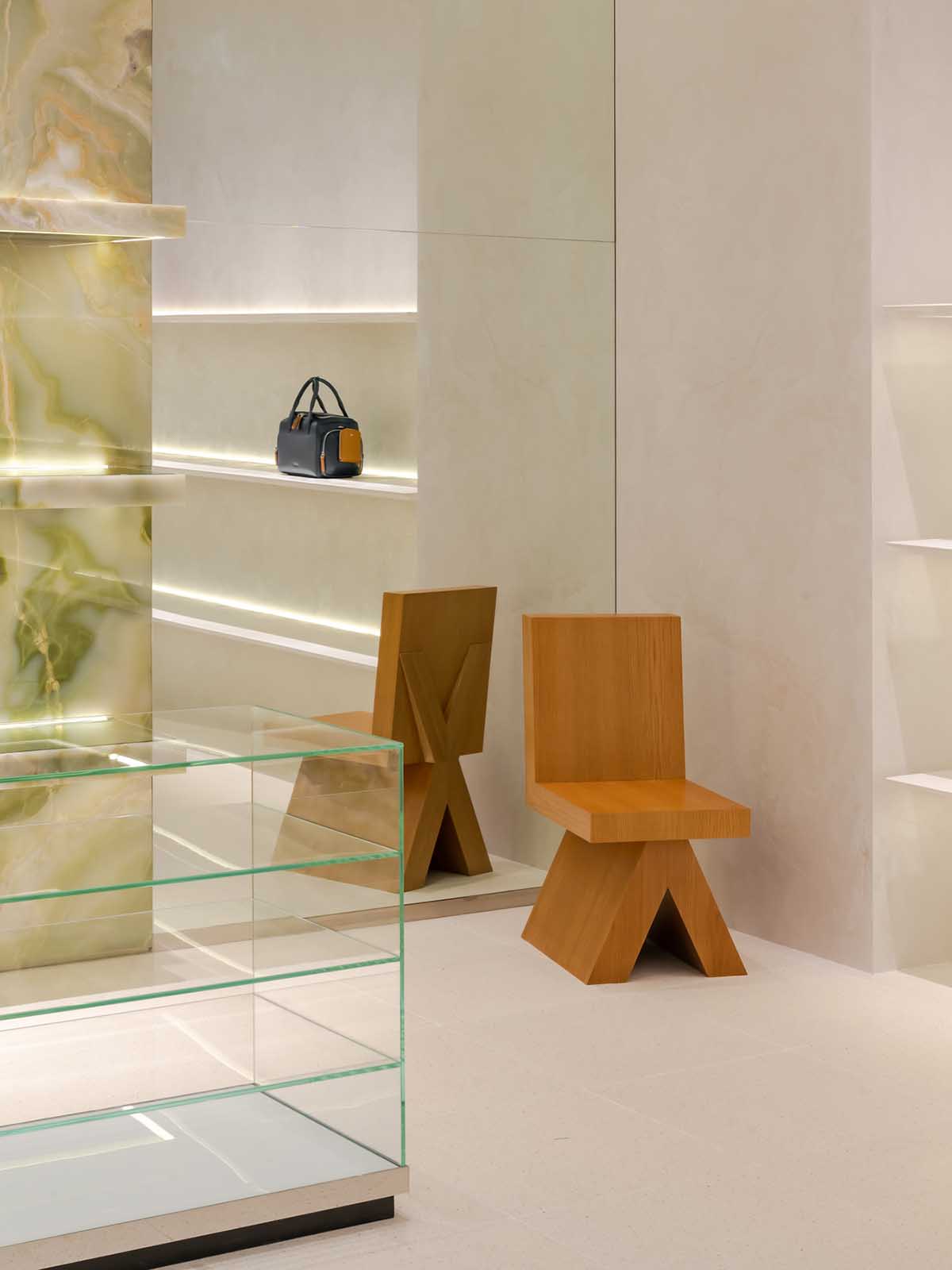 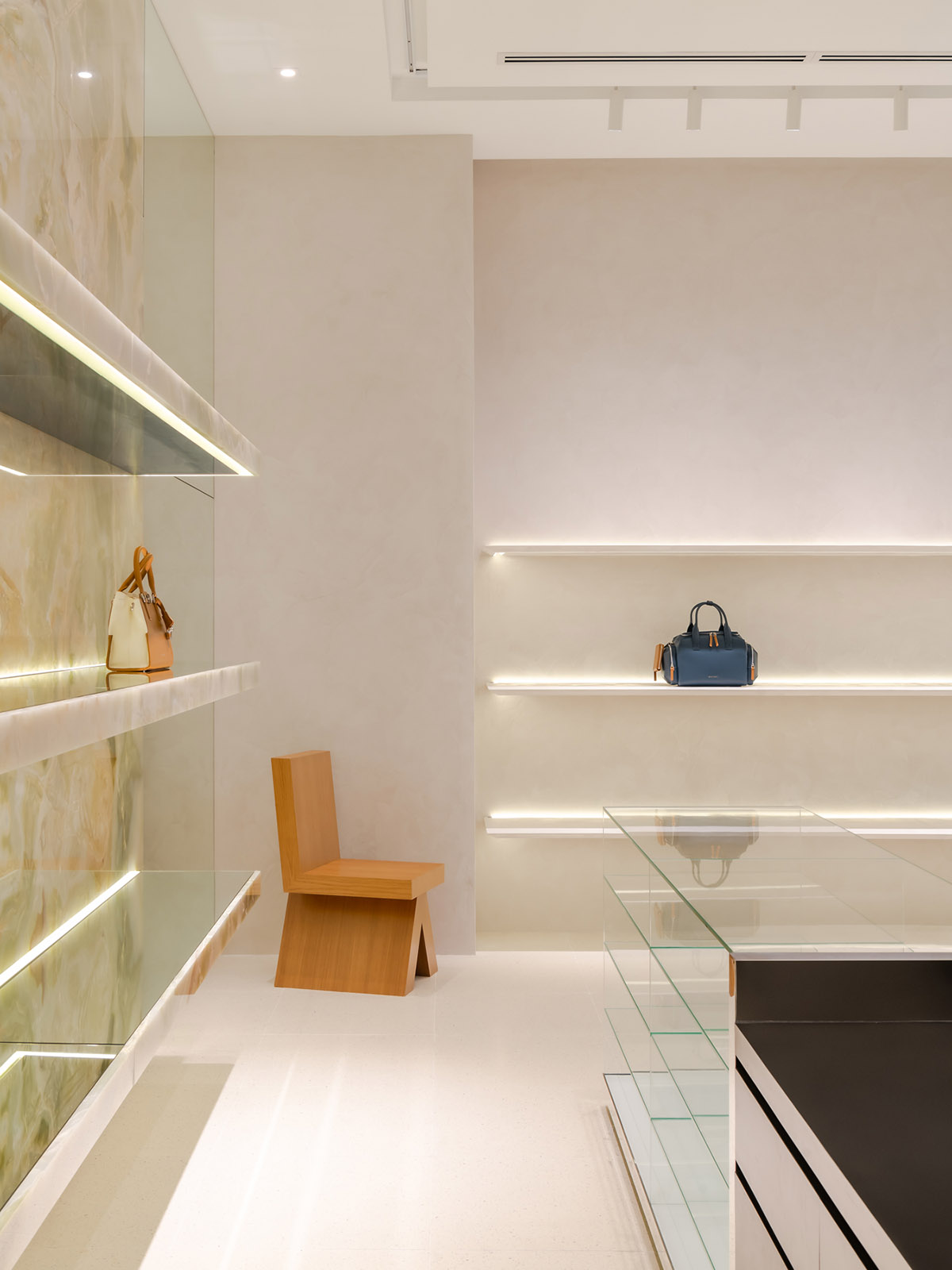 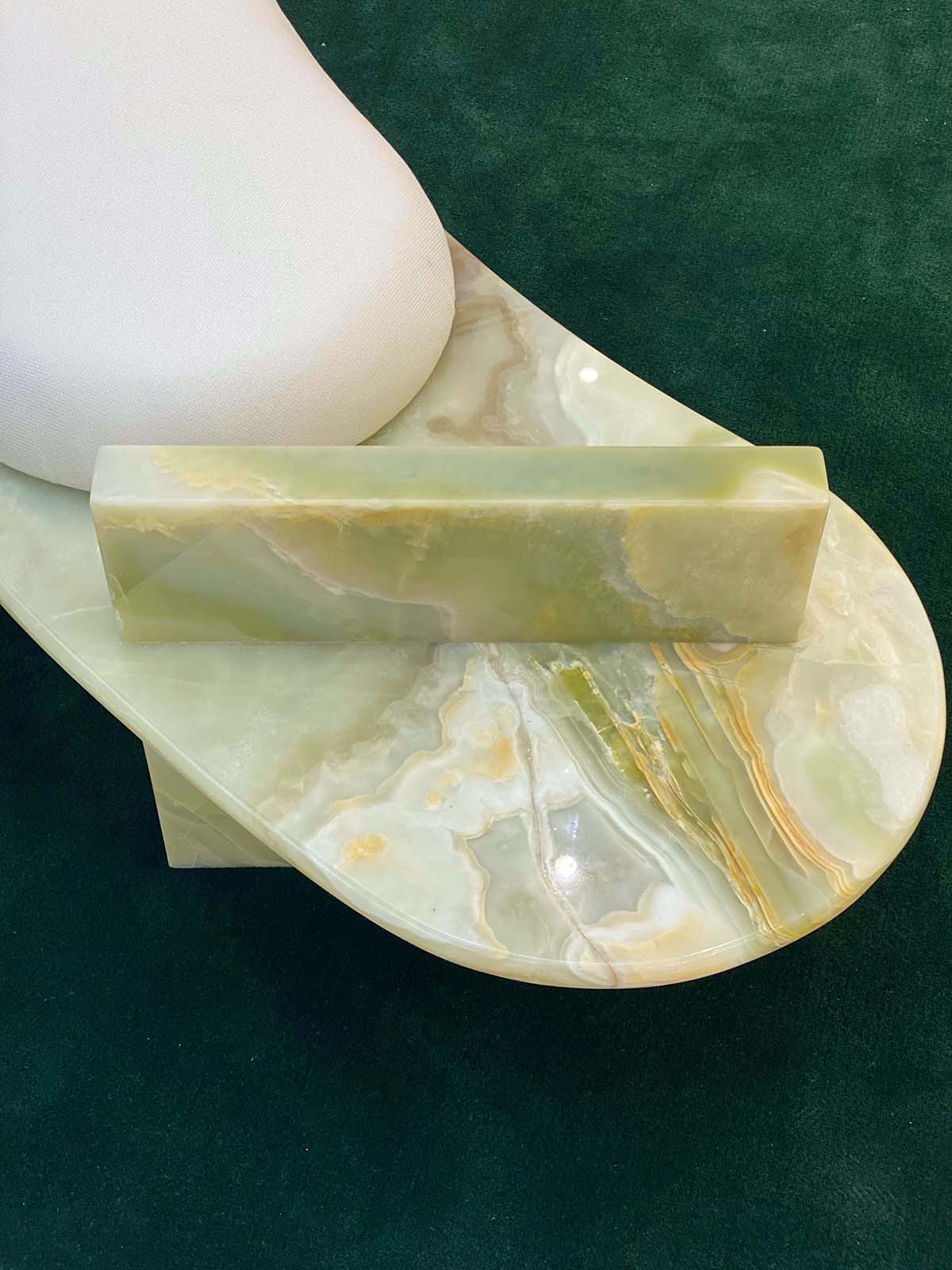 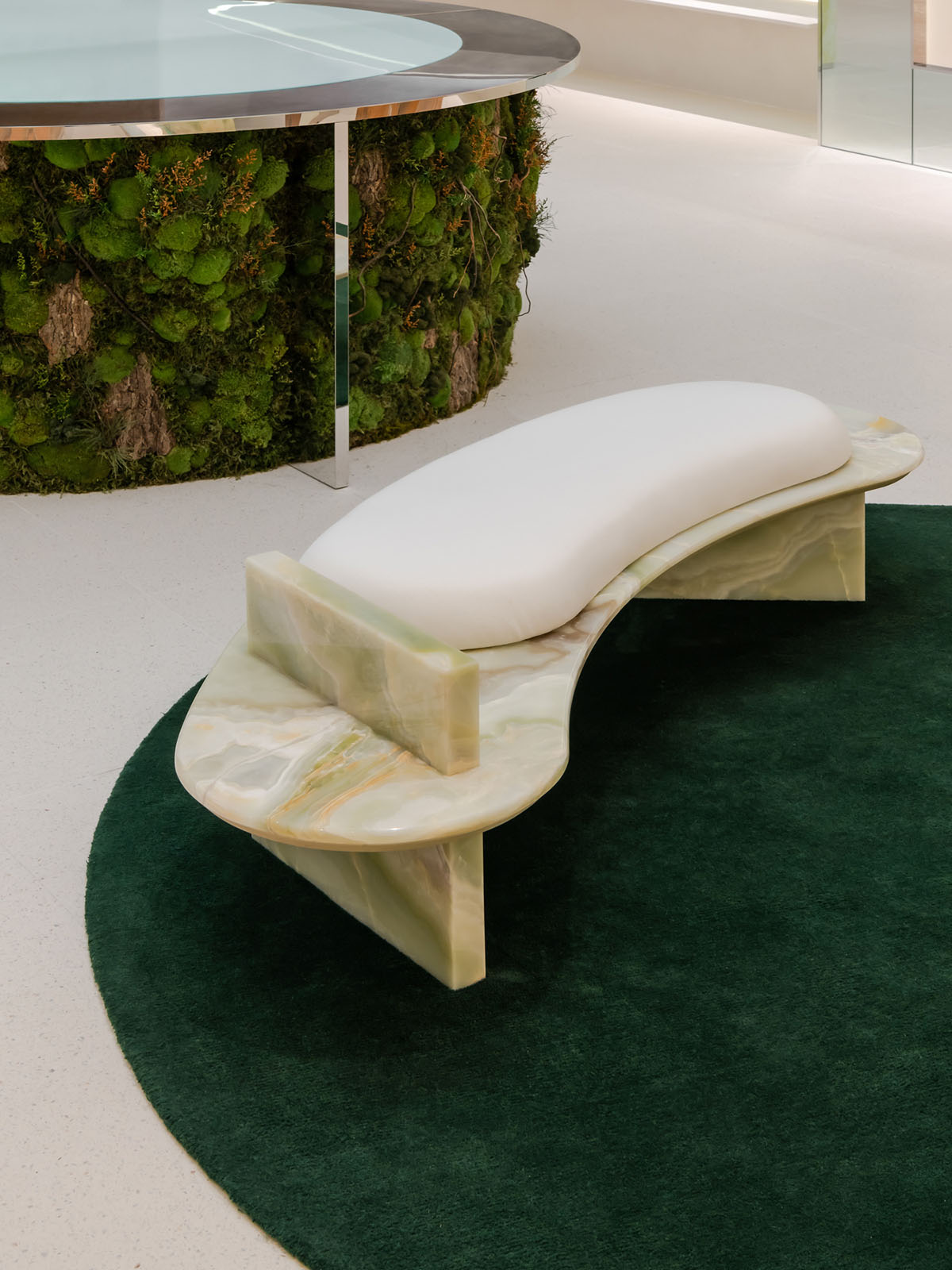 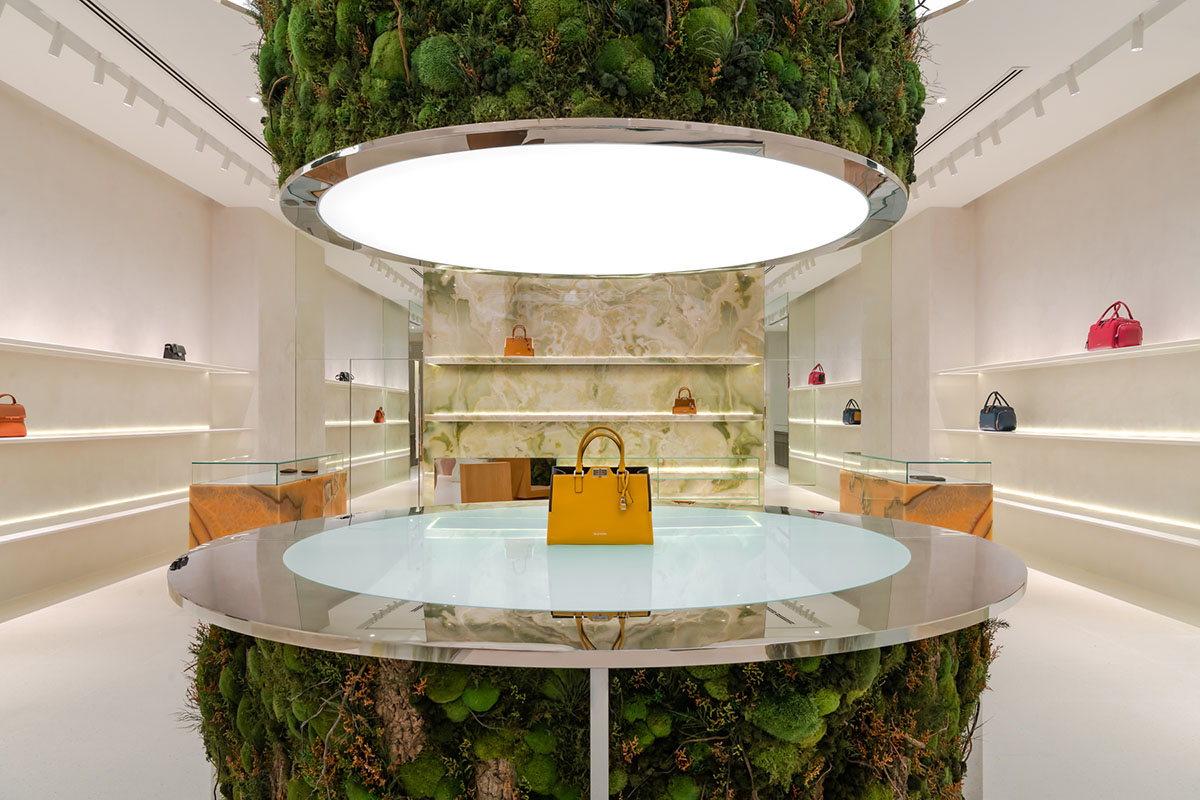 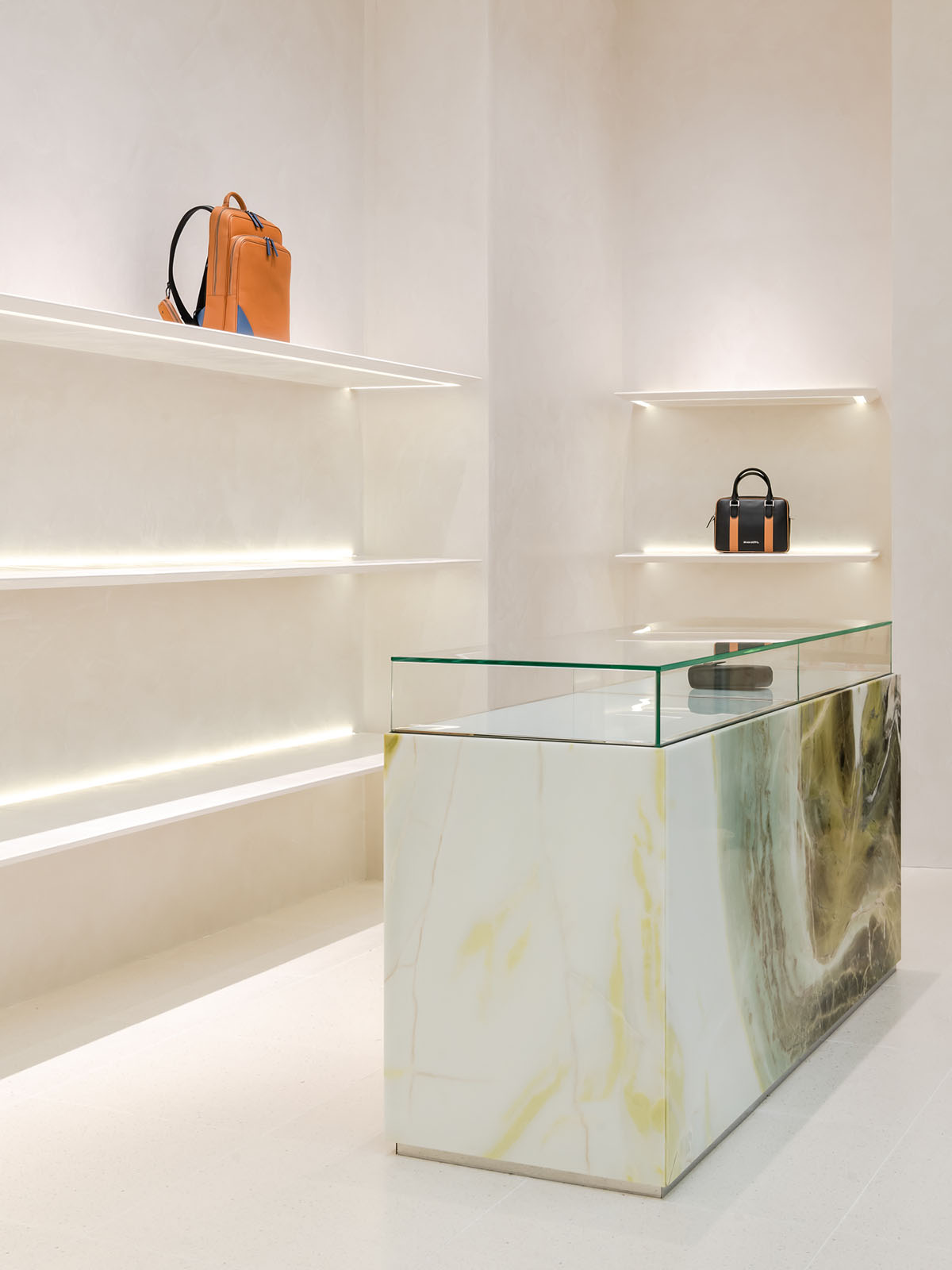 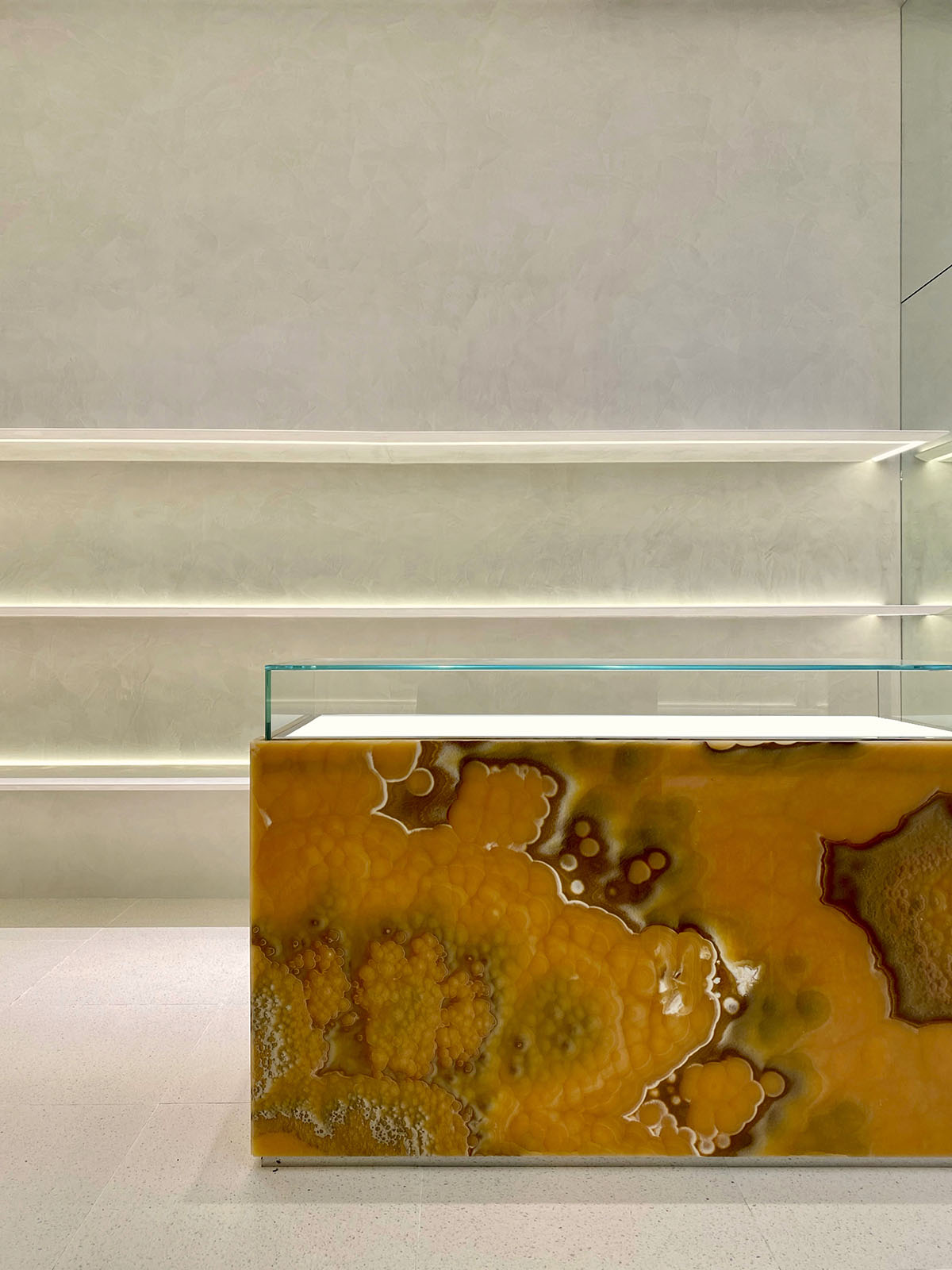 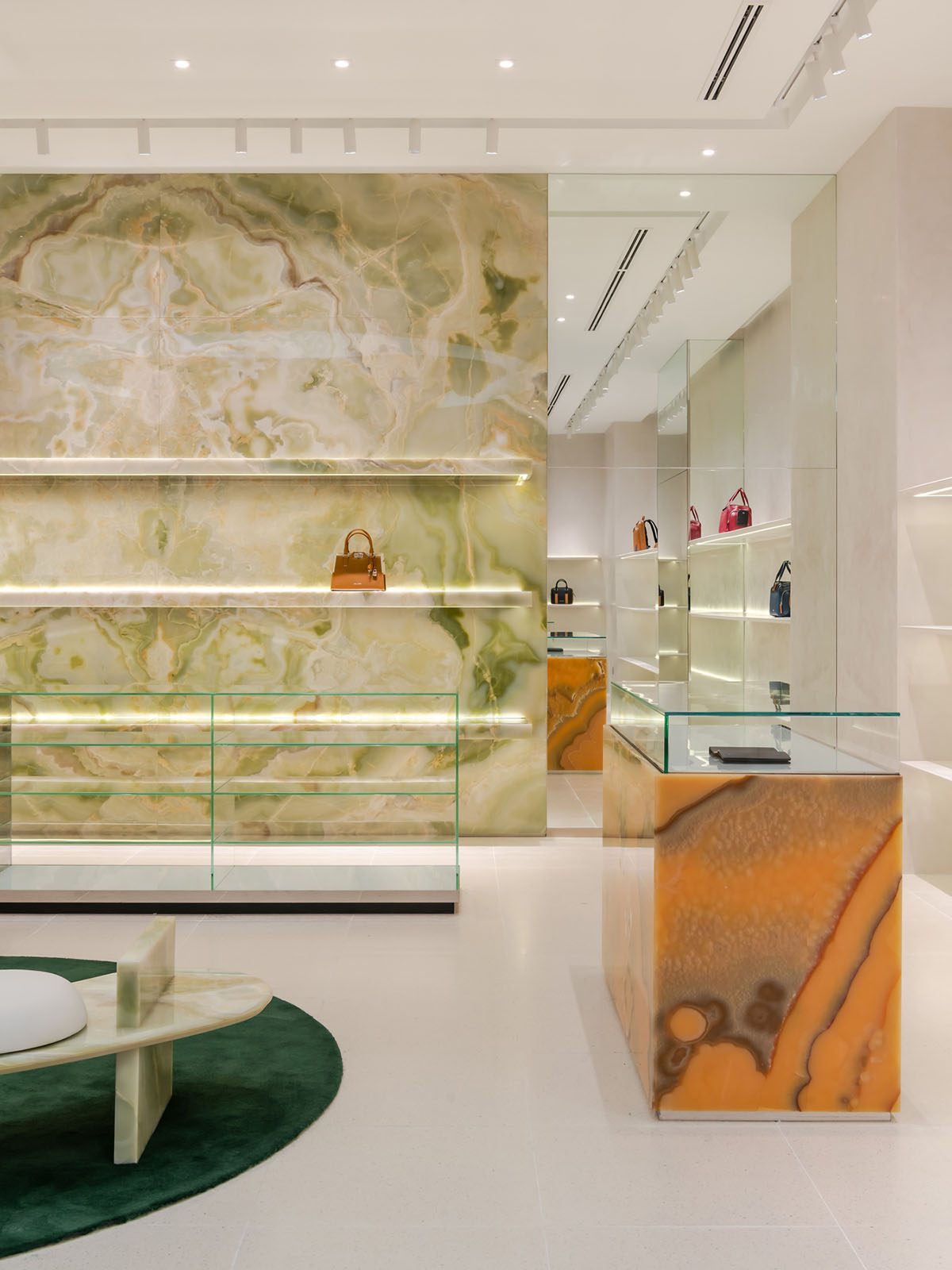 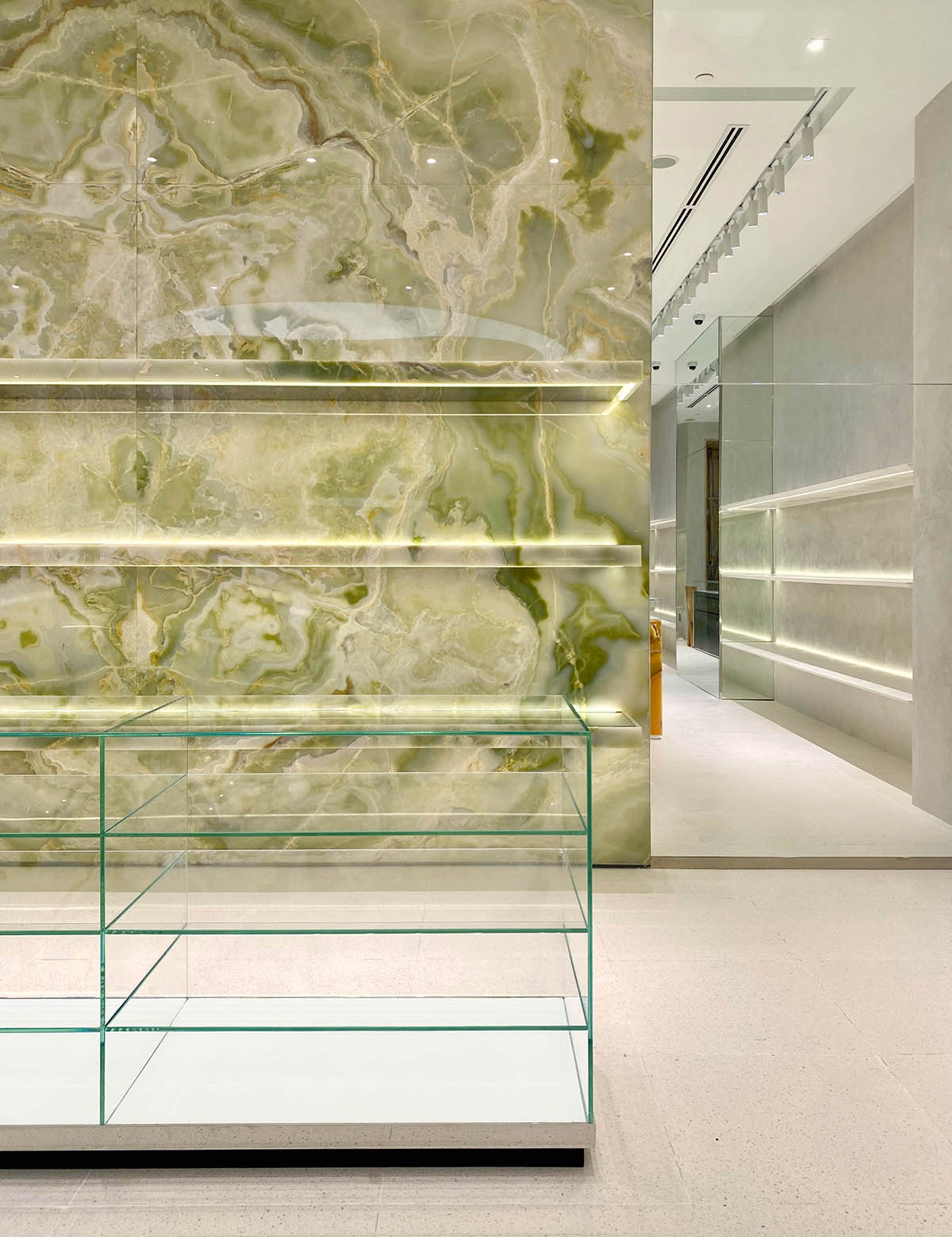 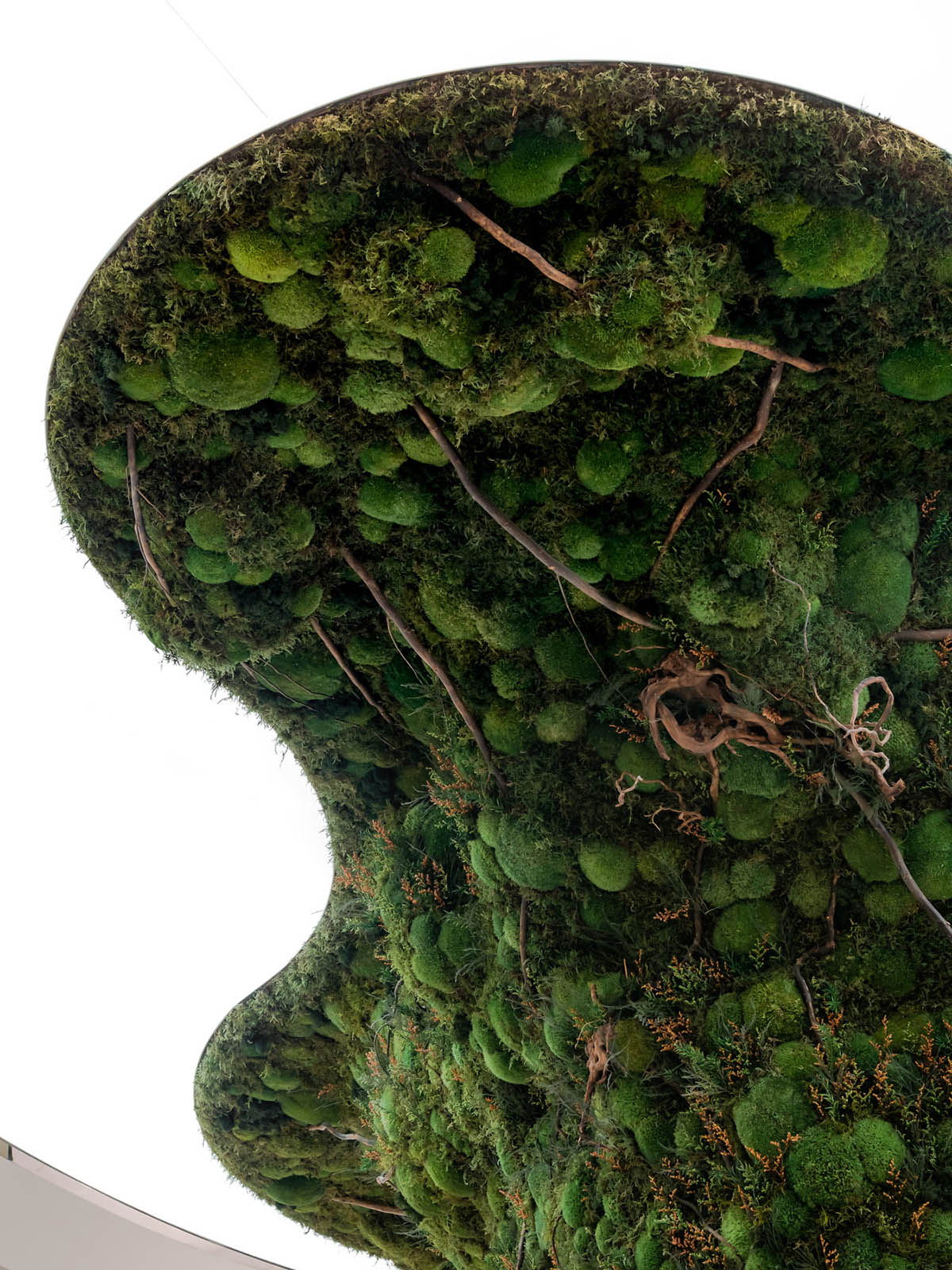 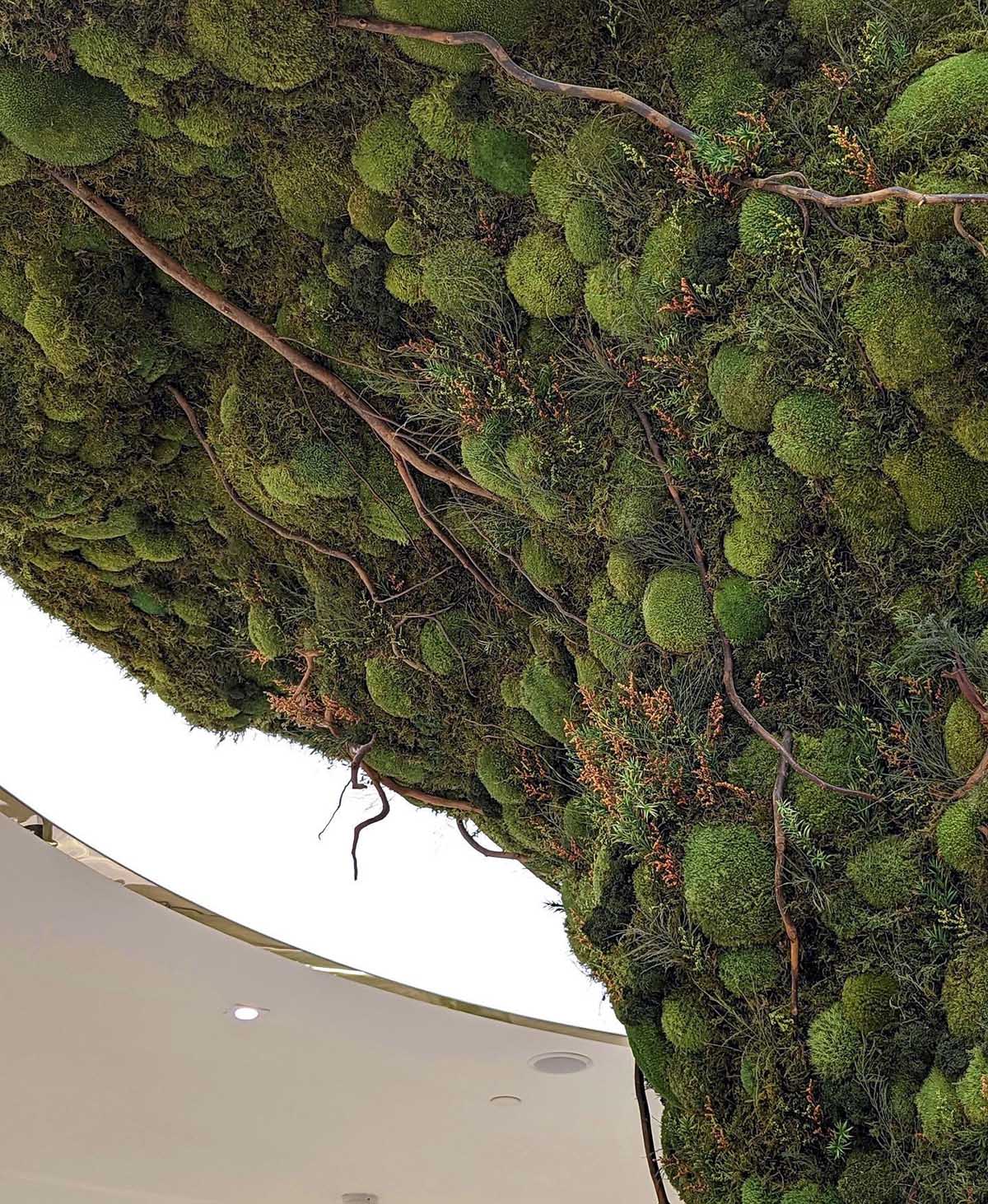 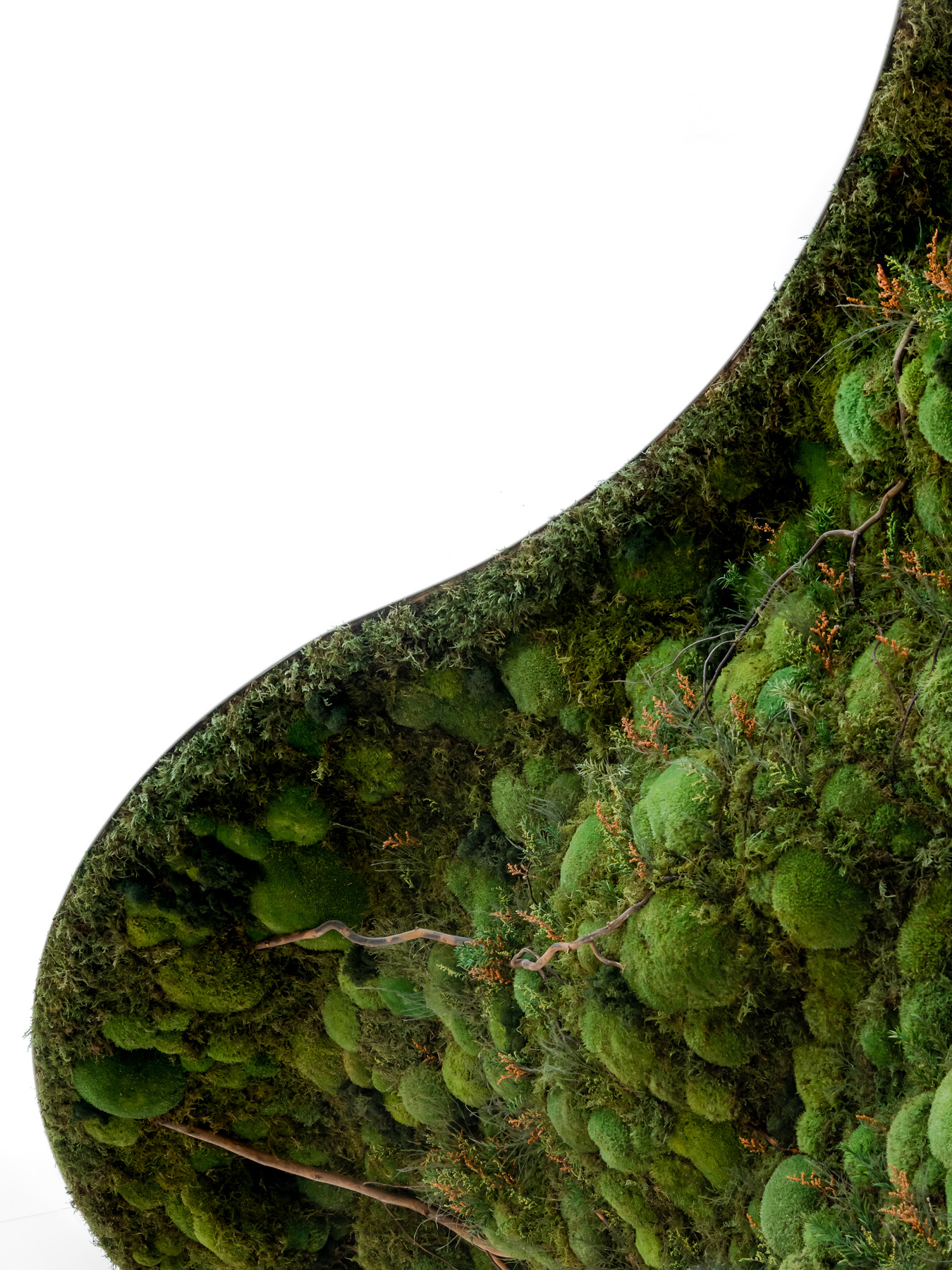 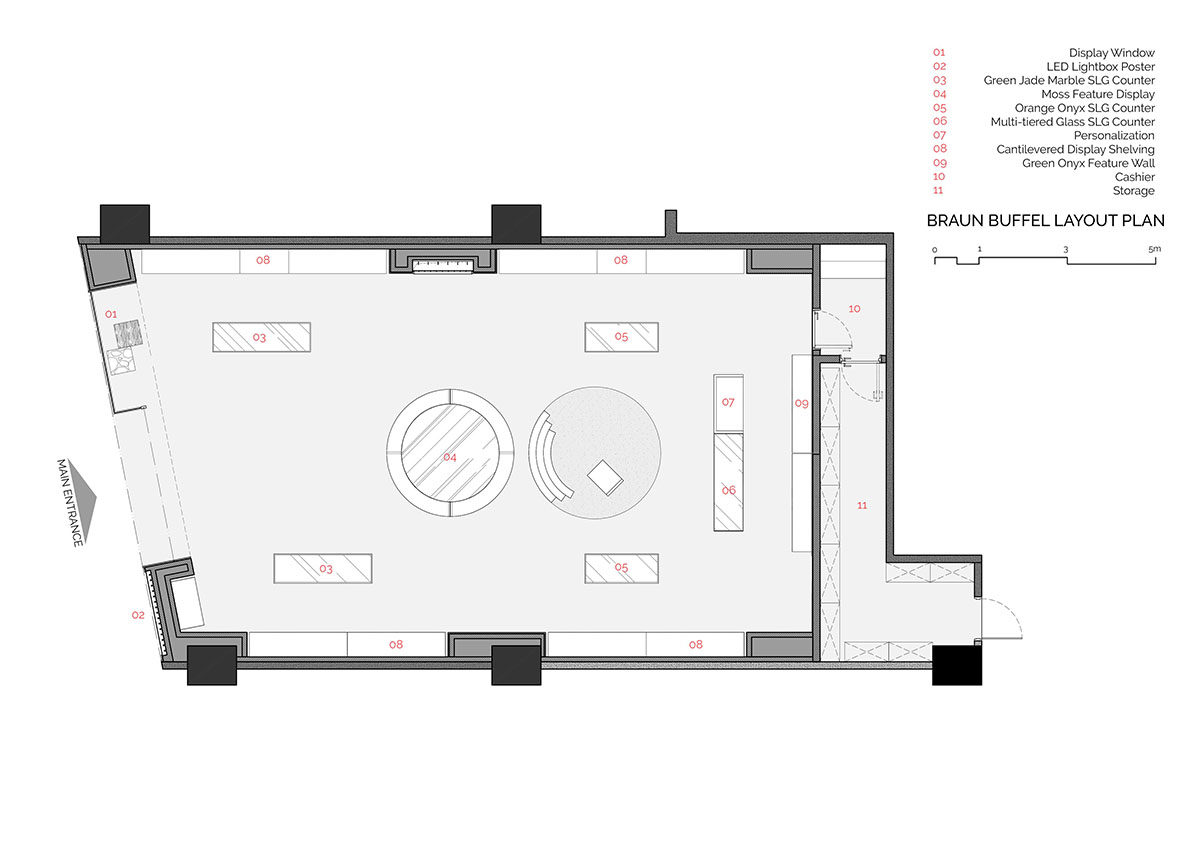 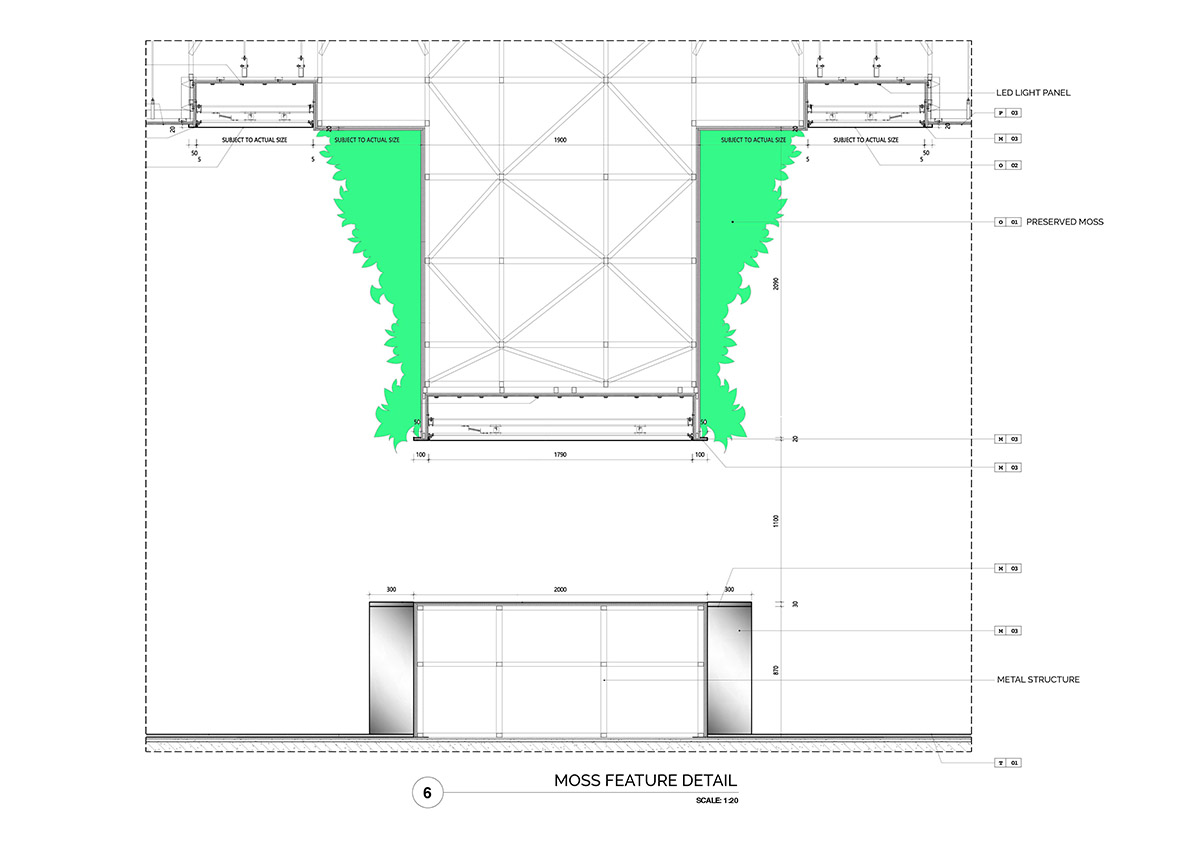