Mexican architecture practice Práctica Arquitectura has designed a rose-hued house topped with a 4.5-meter-high central space to provide the zenithal light to its inhabitants in El Barrial, Nuevo León, Mexico.

Named Avocado House, the 165-square-metre house sits on a square plan that features a large roof to allow the flow of natural light into the space.

While all rooms are plugged into this central area as a volumetric composition, large windows frame the mesmerizing landscape that surrounds the house and end in two of its perimeter patios.

On the other hand, the home features a large terrace that extends into the terrain by means of vegetated platforms.

The house resembles a castle with its introvert form, visitors see the entry door recessed from the front façade and access the house via a pathway.

Práctica Arquitectura arranges rooms and services located in three cells that are articulated around the central space where replicate the visual experience of closeness to the environment and distant views while maintaining a compact footprint of the building and a discreet presence on the site.

The studio stated that "the house seeks to be the interface between its inhabitants and the place in which it is deployed."

According to the architects, the house provides a welcoming space for rest and coexistence whose composition made up of interconnected courtyards.

Thanks to these courtyards volumes allows the free flow of wind, natural light and circulations.

"From an initial scheme of concentric squares, the design of the house develops by defining a geometric, programmatic and structural order that was later subverted to increase the size of the terrace and thus improve its comfort. All the elements work," the studio explained.

The public and private spaces are scattered around the living room and central dining room that supports the large roof with its gray block walls protected by a rustic polished finish.

The sobriety and solidity of the house is achieved through materials made up of a rose-hued pigmented concrete, which also accentuates the stony and monolithic appearance of the house.

Since the external language of the house complements the landscape design, the house creates a strong dialogue through color and textures with the intense green color of the garden and the extensive character of the site.

"To the extent that the differences between the experience of "city" and "country" are blurred by means of transportation and the operational flexibility provided by digital connectivity, we felt it was important to rethink the idea of a weekend house from the environmental, social, economic and aesthetic commitment to provide only what is necessary," said the studio.

"We seek to show that the good approach and execution of an idea, regardless of the scale and budget, allows us to say a lot with little," the studio added.

Interiors feature soft shades of concrete that smoothens the appearance of interior spaces. In the central area, a few furnitures are placed to complement the space, including a large dining table, a fireplace, and sofas.

The kitchen is designed as a separate niche in the living and dining room and is hidden in the back wall. Users can perceive the interior space as a continuous surface. 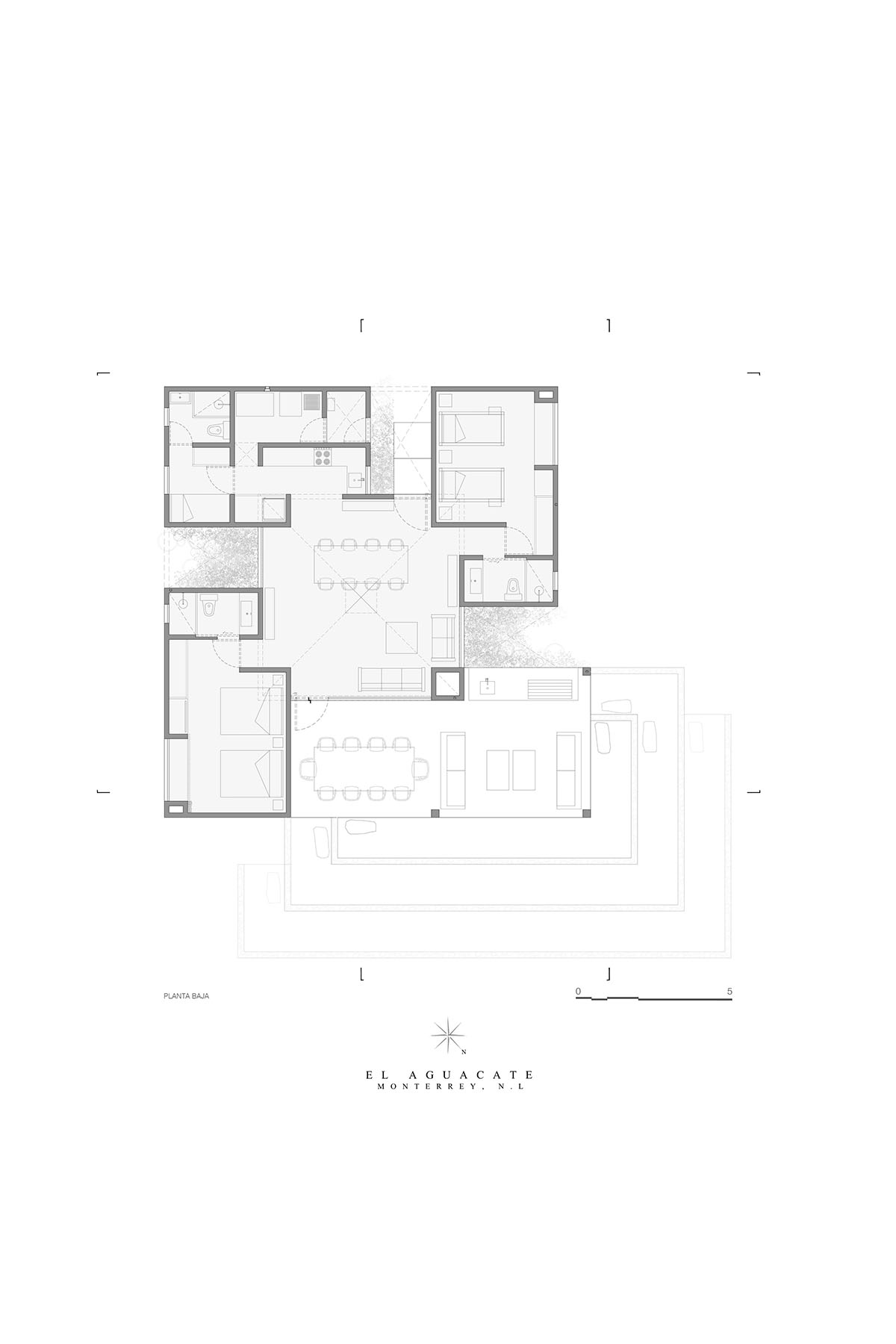 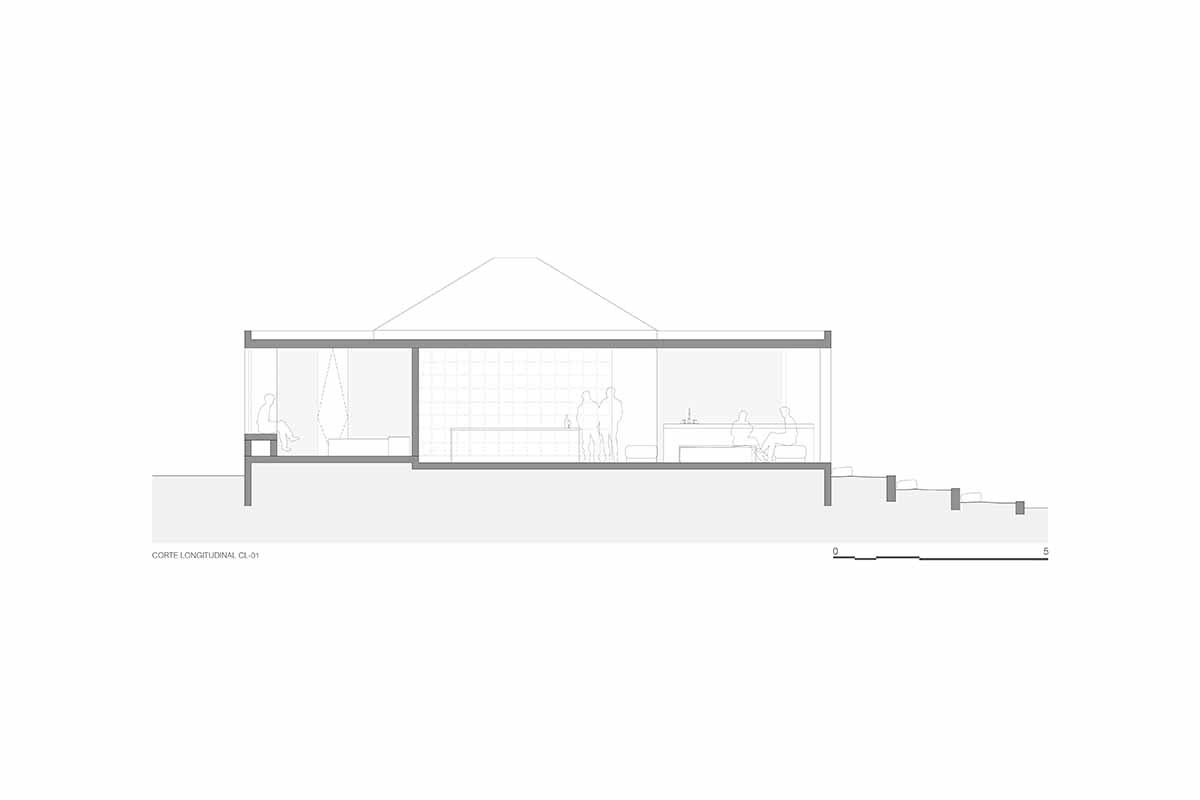 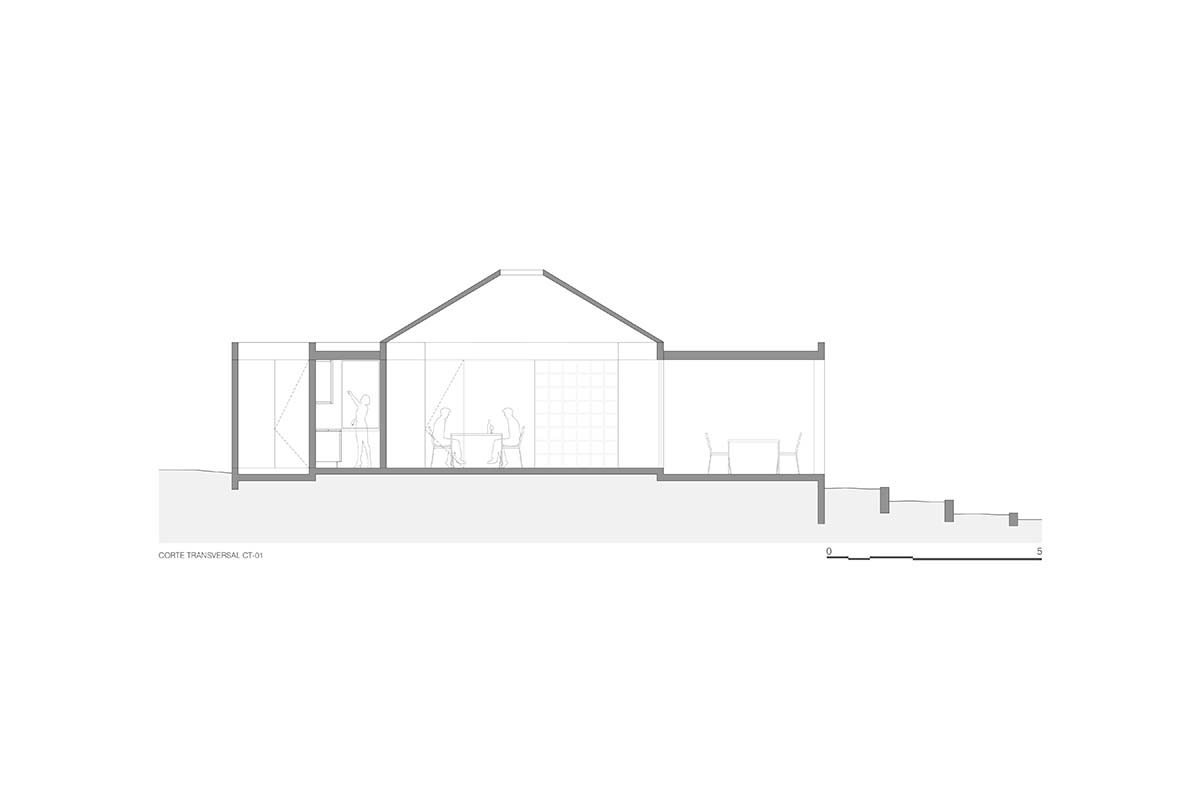 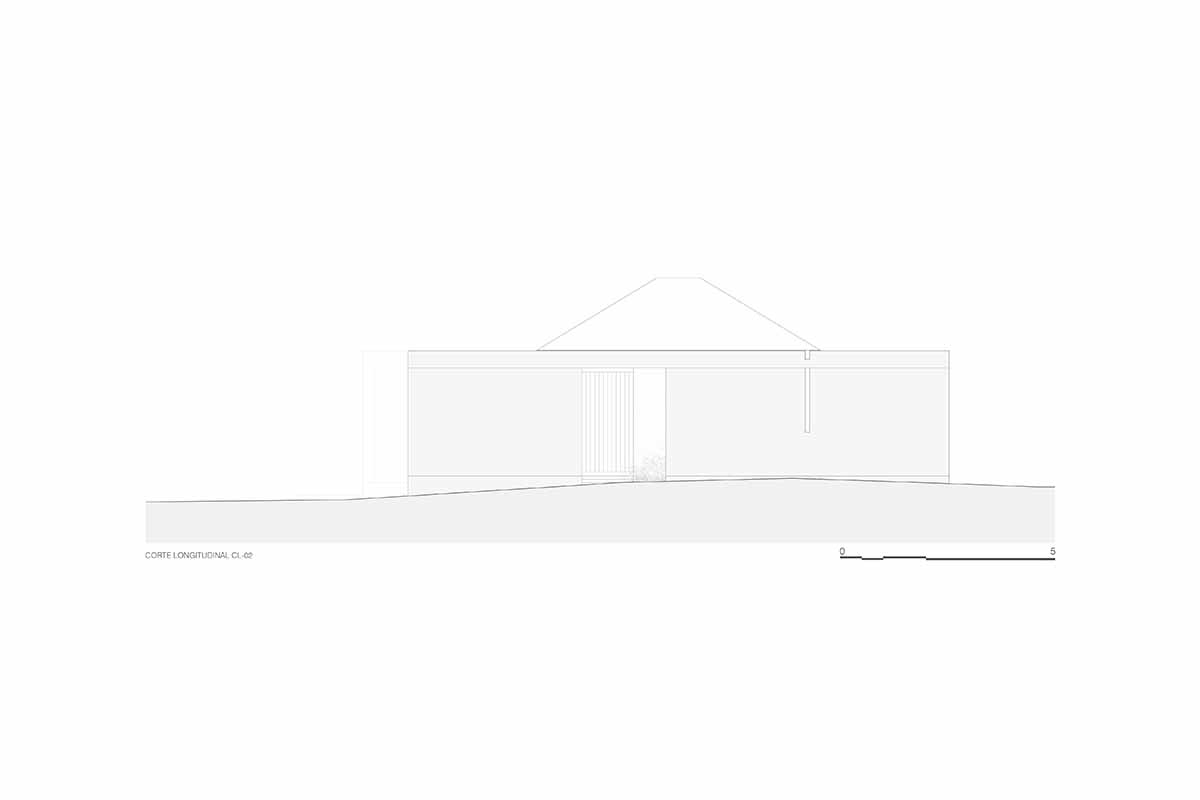 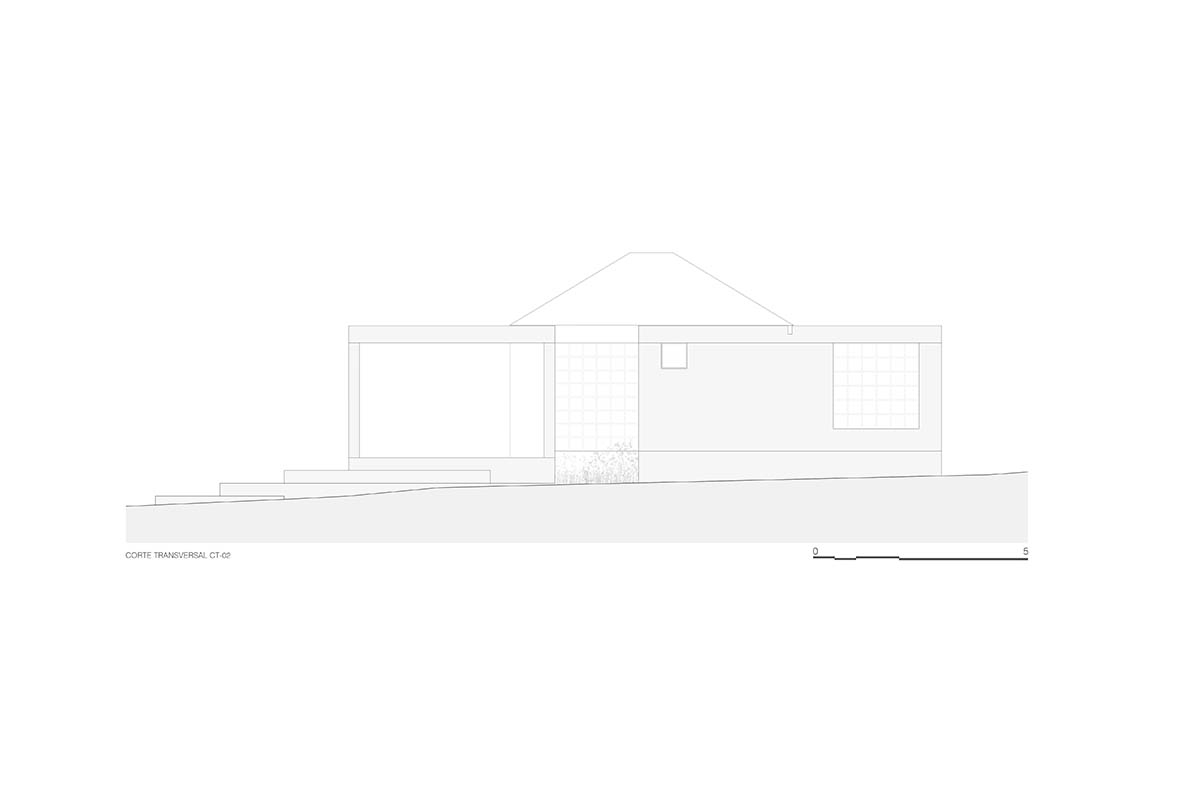 Práctica Arquitectura was founded in 2017 by David Martínez in the city of Monterrey, Mexico.

The design philosophy of the studio is based on a rigorous design process in terms of the technique and the abstraction of learned ideas to broaden the understanding of the problem.