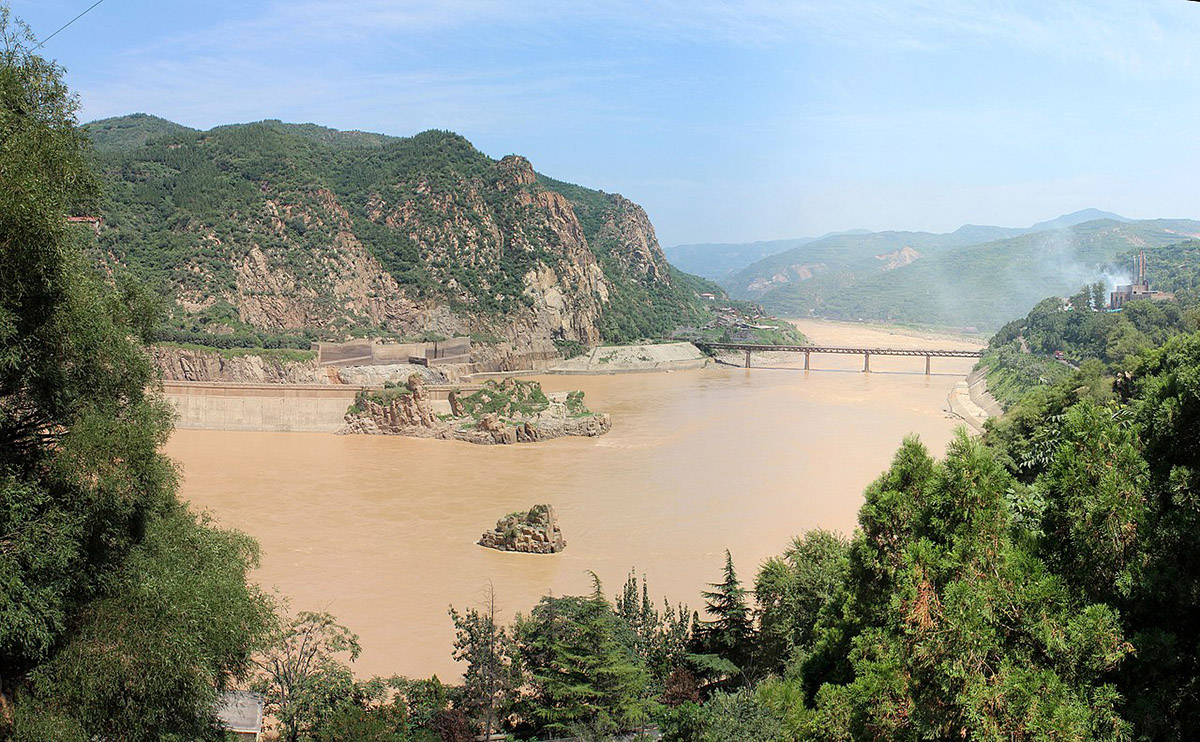 China is building one of large-scale projects, the Yangqu Dam Hydropower Plant on the Tibetan Plateau by using robots, controlled by Artificial Intelligence (AI), and a 3D printing technology, which is set to be completed in two years on the Yellow River.

According to an article published on South China Morning Post, the concrete-face rock-fill dam situated on the Yellow River in Xinghai County, Qinghai Province will be built layer-by-layer by AI-controlled robots and 3D printing without human workers.

The 180-metre-tall Yanqu hydropower plant is set to completed until 2024 by being built slice by slice, which will use unmanned excavators, trucks, bulldozers, pavers and rollers - controlled by AI, according to scientists, - one of them is Liu Tianyun, the project's lead scientist and faculty member at Tsinghua University’s School of Civil Engineering.

"The 3D scheduling system cuts the 3D digital design model into slices to calculate the filling material information and then plans the transport roads on the site map model for each step in the construction process."

Construction began on the Yangqu Dam in 2010 and 1,200 MW hydroelectric power station started operations in 2016 and the new project is expected to be the expansion of the existing hydropower plant.

When completed, the Yangqu Dam Hydropower Plant is anticipated to deliver approximately 5 billion kilowatt hours of electricity every year to Henan province.

There is a different kind of 3D printing system used on the project. In traditional large-scale constructions, 3D printing produces concrete layers driven by 3D printers to shape the structure.

However, in this project, the researchers at Tsinghua University, developed a new system that enables the scientists to 3D-print concrete without a printer.

The 3D printing method, described as "additive", is using an additive manufacturing approach that includes a construction scheduling system and a 3D assembly line which are controlled by AI-controlled robots instead of a large 3D printer.

As the study suggests, the construction scheduling system cuts the design model of the dam into slices to calculate the amount of material required to build a particular section of the dam.

Later, the robots assigned to that section collect the filling material data, plan the transport roads on the site map model for each step and unload it at the targeted spot.

At the last stage, the robots use an "intelligent paving and rolling" step to turn the material into a 3D-printed layer. This process is repeated in multiple layers to complete the section.

Thanks to this new system, the Yangqu Dam will turn into "the world’s largest 3D printer" and could be more efficient in terms of time and resources in which much of work may be applied in multiple sections of the dam at once.

The Yangqu Dam is not the first project which will be built with "additive manufacturing approach". In 2021, a group of scientists developed a 3D printed retractable bridge in Shanghai, which is controlled by the Bluetooth.

Reportedly, additive manufacturing method is an increasing application in terms of material and cost-efficiency and time saving. This method is specifically preferred in the construction of bridges, viaducts, and other civil engineering projects across the world.