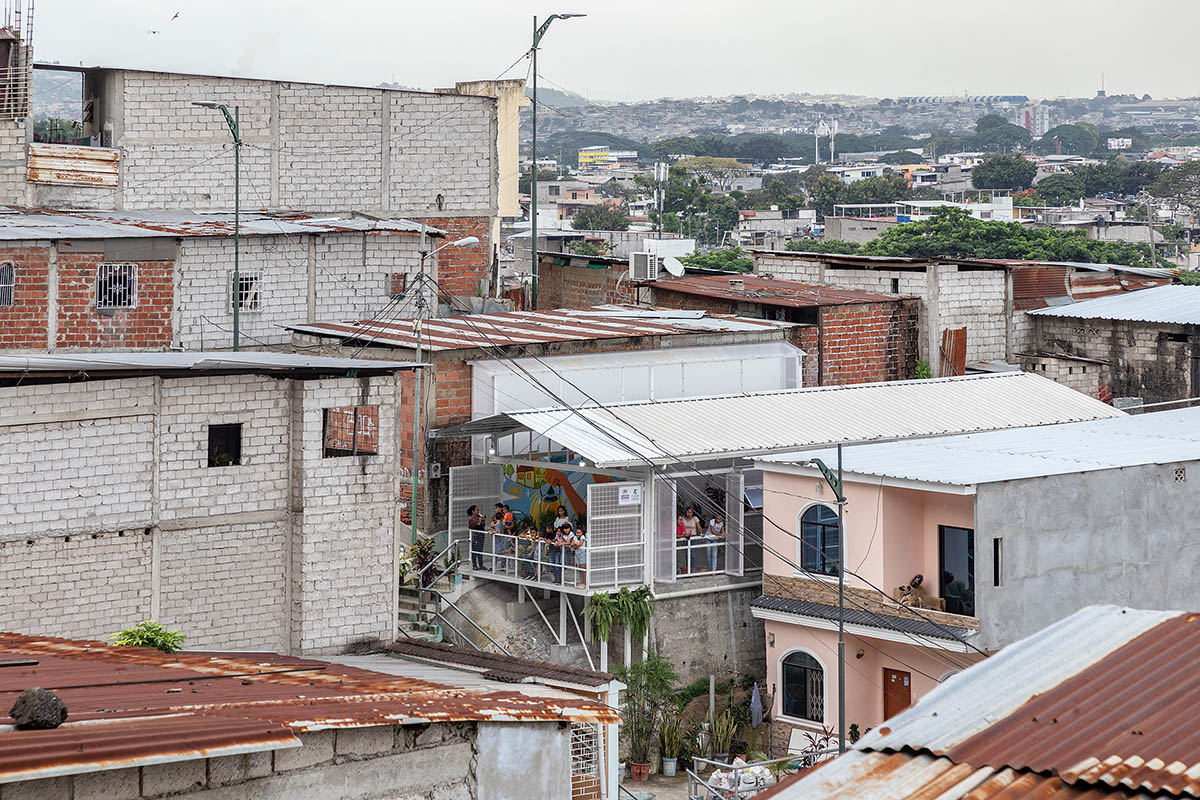 An elongated, permeable community house has been inserted into the existing city fabric of Ecuador to serve micro communities for various cultural and educational activities. 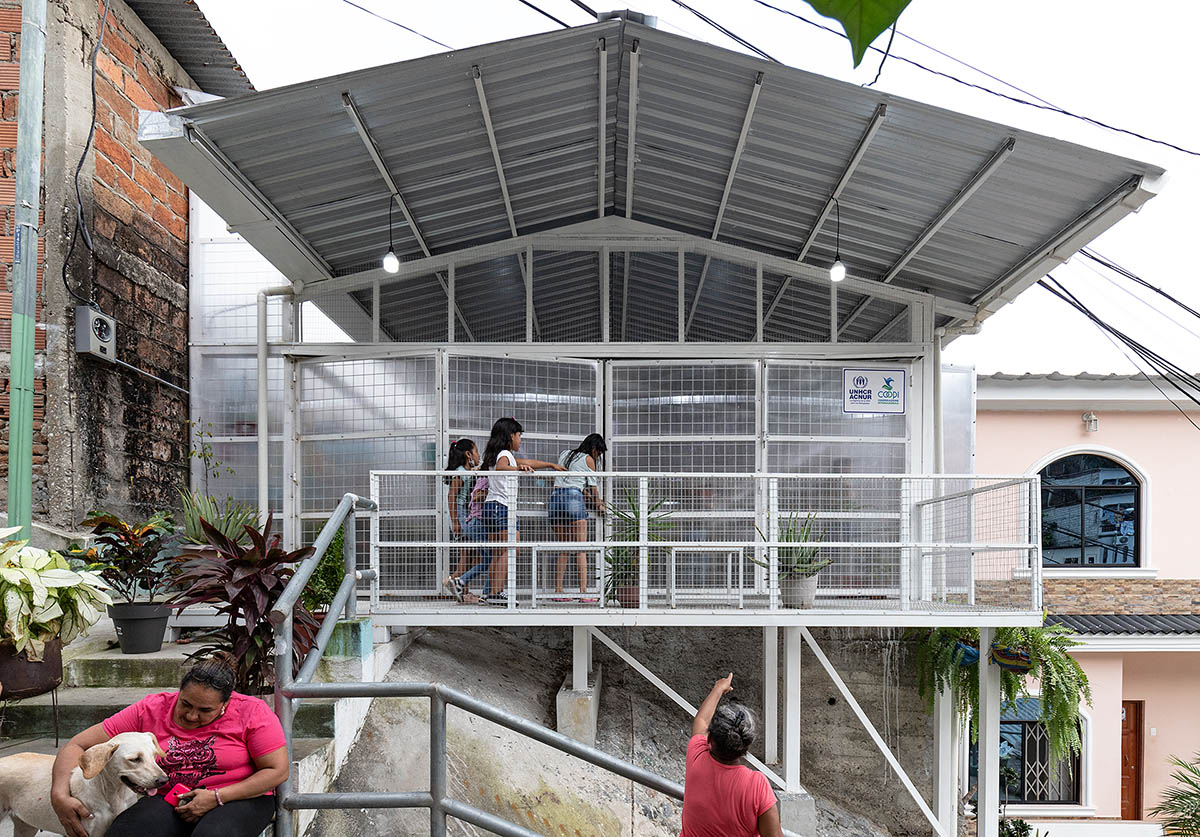 The project has emerged to respond the current pandemic situation that reinterrogates people's relationship between housing and public space. According to the architects, the pandemic has accommodated new ways we share among members and integrate as community.

"Currently, after the COVID 19 sanitary emergency, we have found out the communities are resilient, reorganize, and renew the social bonds for protection," said the architects. 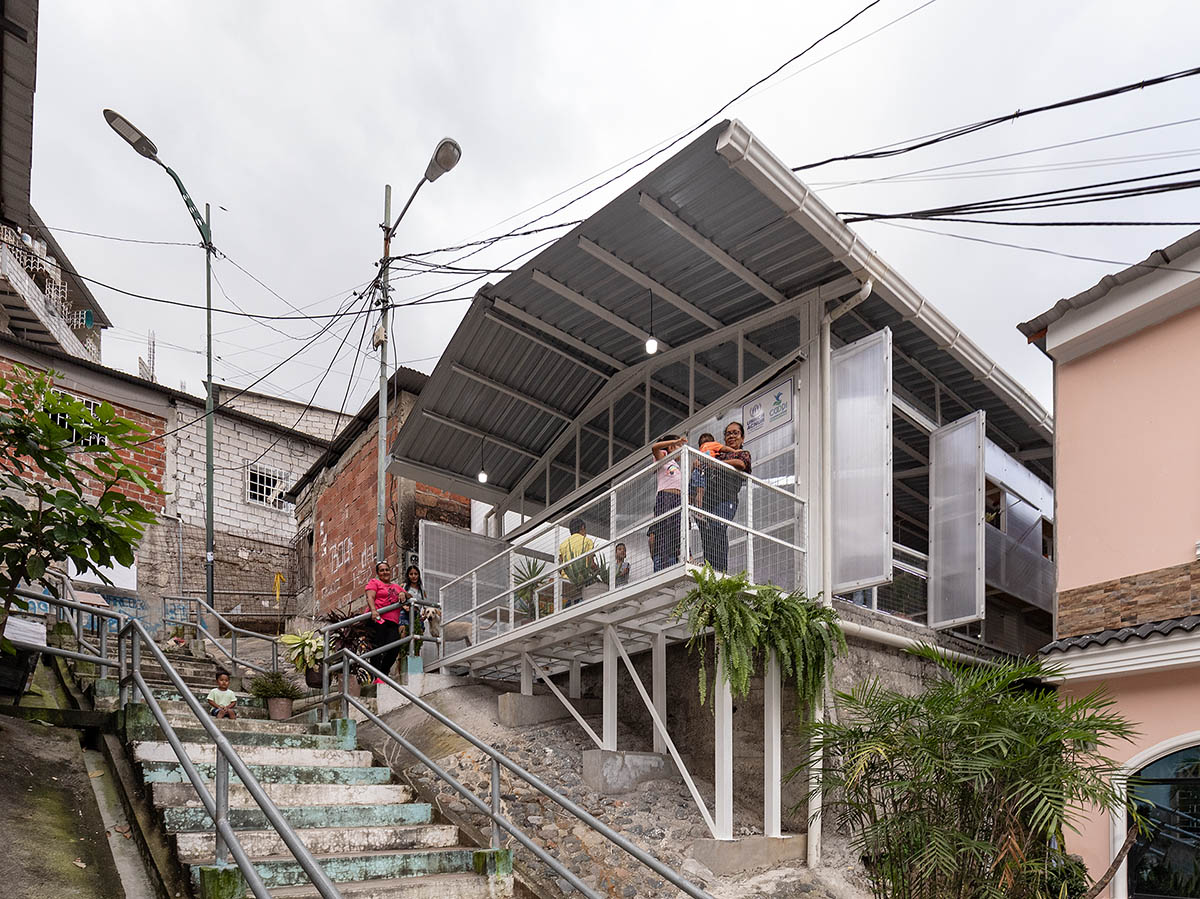 The architects also stated that meeting points have become more important than ever and have also taught ways of how to strengthen the social dimension in micro-communities in times of crisis.

The house was transformed from an old, deteriorated communal home into a new community house, which was carried out with the community "Hijos del Suelo" in East Mapasingue, a marginal suburban area located on a hill in the city of Guayaquil, Ecuador. 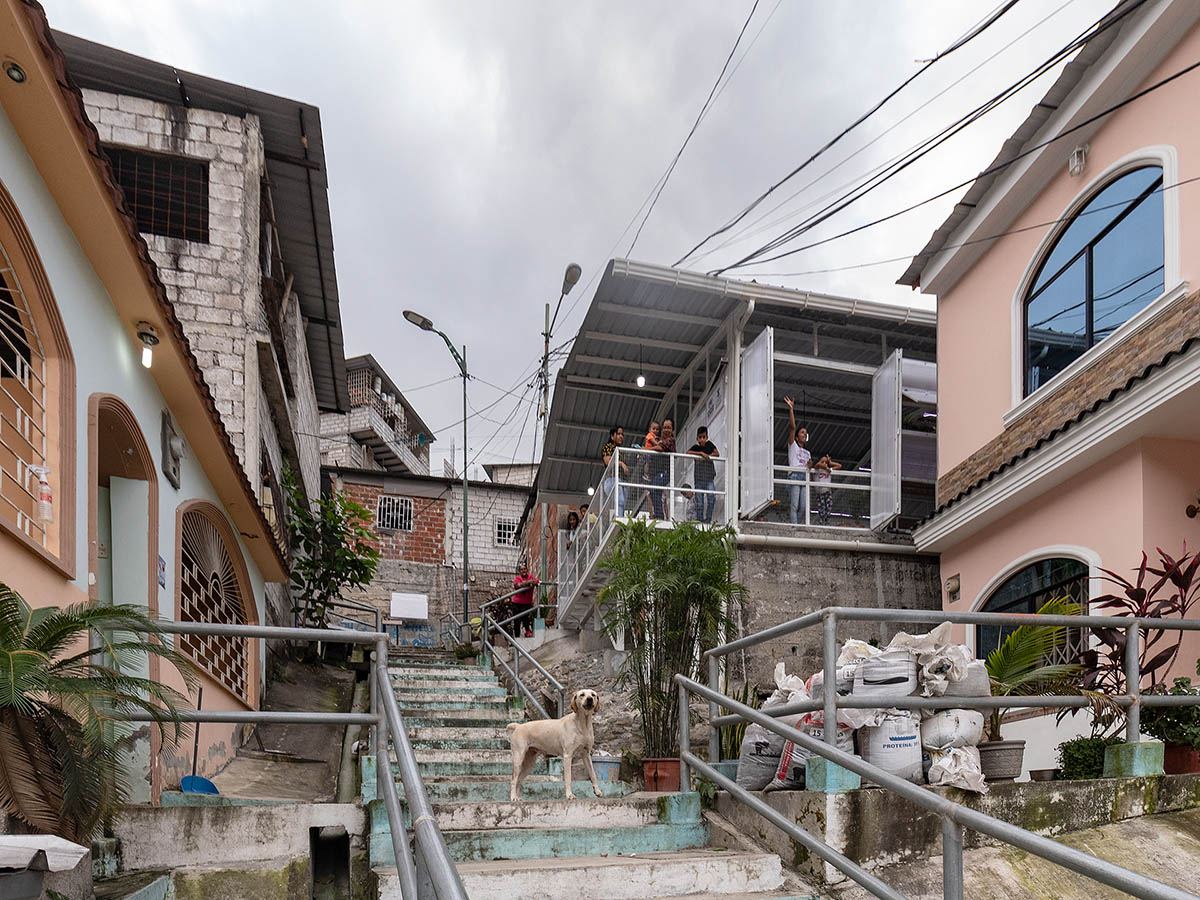 The project was developed as a humanitarian aid and social restoration project with COOPI and completed in five months. The team realized the project with a participatory design process by using diverse methodologies including the social construction of the habitat in order to rehabilitate the old, deteriorated communal home. 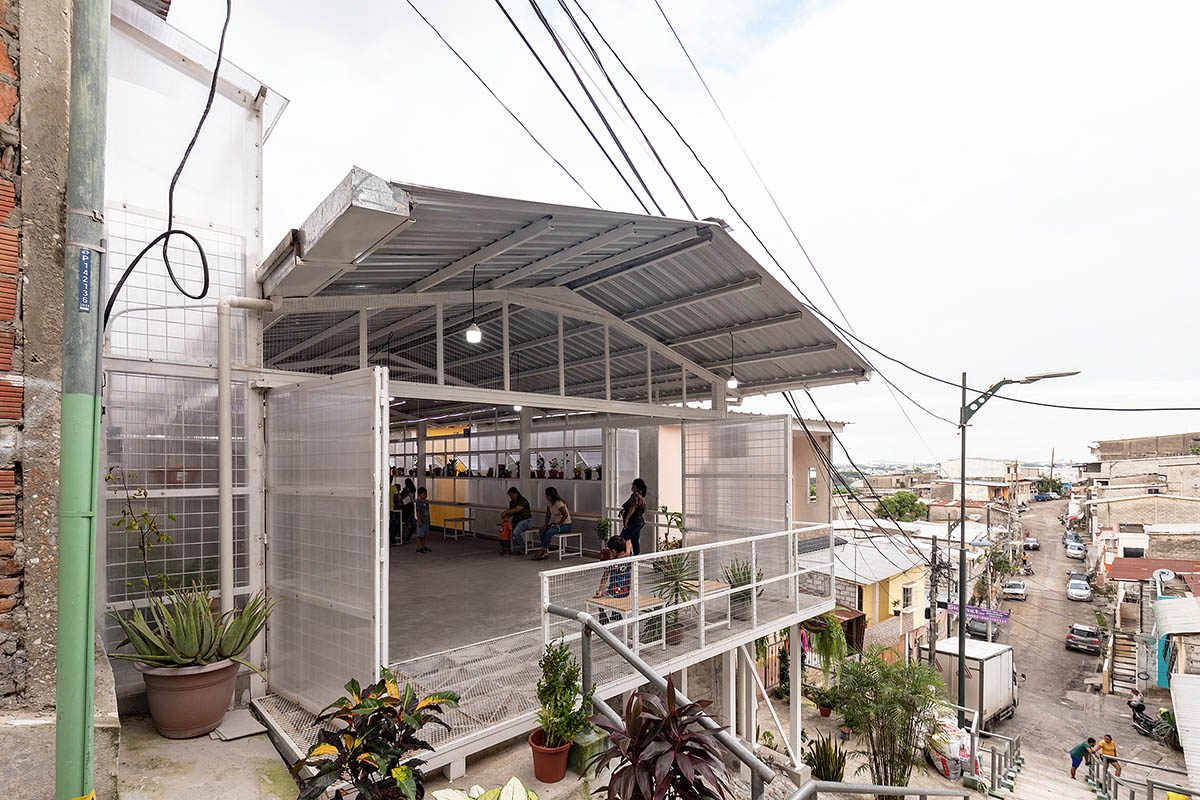 "The communal house rehabilitation project becomes a “lighthouse” for the community, thus, a guide that sees the families though their cultural and educational activities," said BBL estudio.

"It serves as a meeting point both during the day do to its permeability and its ability to extend to the public spacing, as well as during the night where its luminosity projects upon the stairs creating security and dynamism in the neighborhood."

"At present, the lighthouse serves as a safe integration space for 250 families of the area and for more than 150 children of different nationalities who use the space as an area for reading, recreational, and diverse ludic activities," added the office. 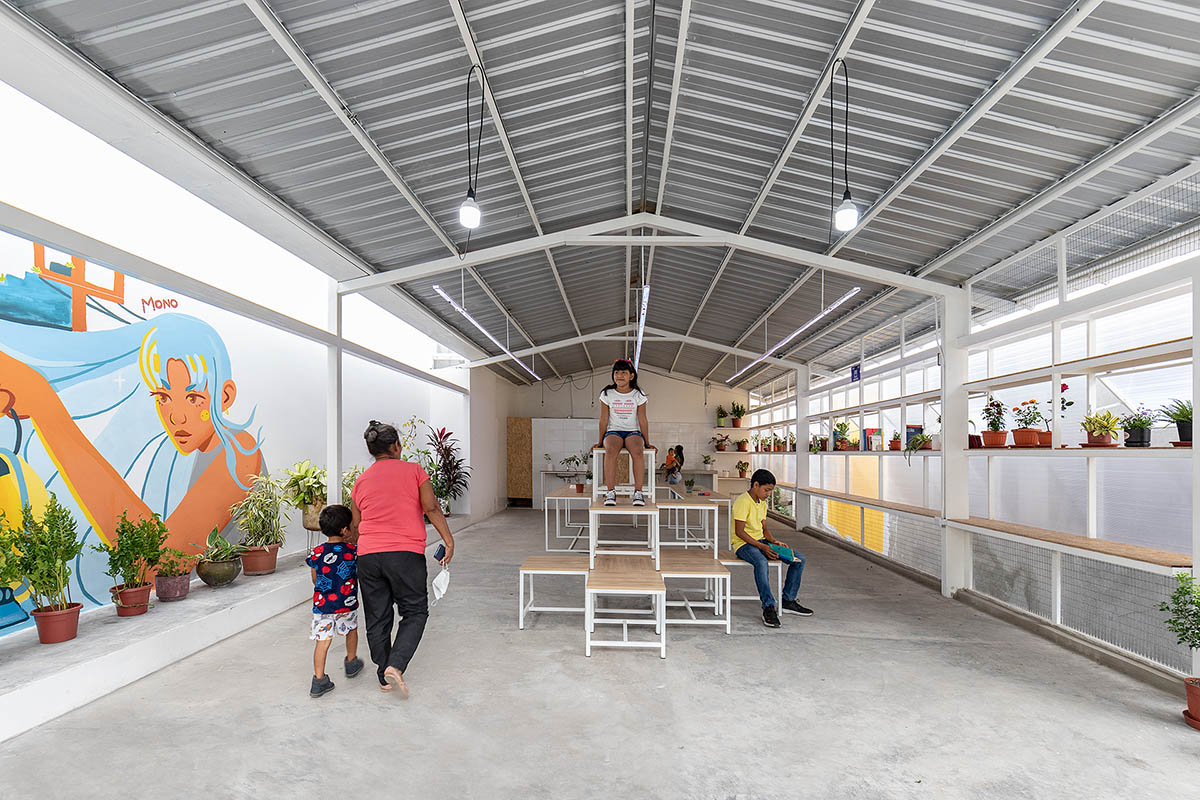 Amplifying the public space was one of the fundamental design strategies, including the construction of a platform, which created a transition space in between the stairway and the interior space.

The team used large folding doors that allow two clear spatial configurations; when closed, the communal house contents are kept safe, and the platform serves as an extension of the stairway; when opened the street is introduced into the communal house’s interior space blurring the boundaries between the private and public space as well as the interior and exterior space. 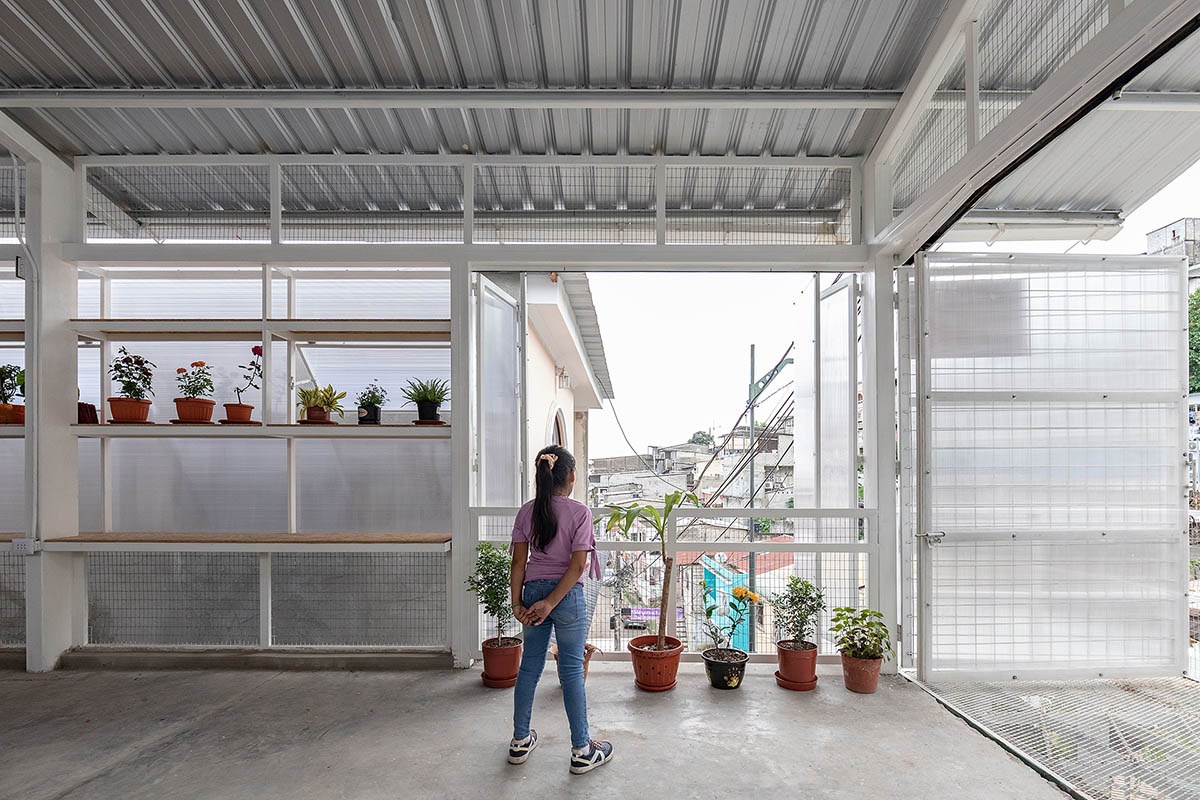 As the studio explained, "this ambivalent situation evidences the reading of the concept “communal house” as an oxymoron that materializes in a hybrid space where the domestic and the common coexists."

Based on the existing conditions, the architects decided to preserve the preexisting modular structure and to intervene on the limits of the communal house to convert them into transition thresholds that in turn function as programmatic bands. 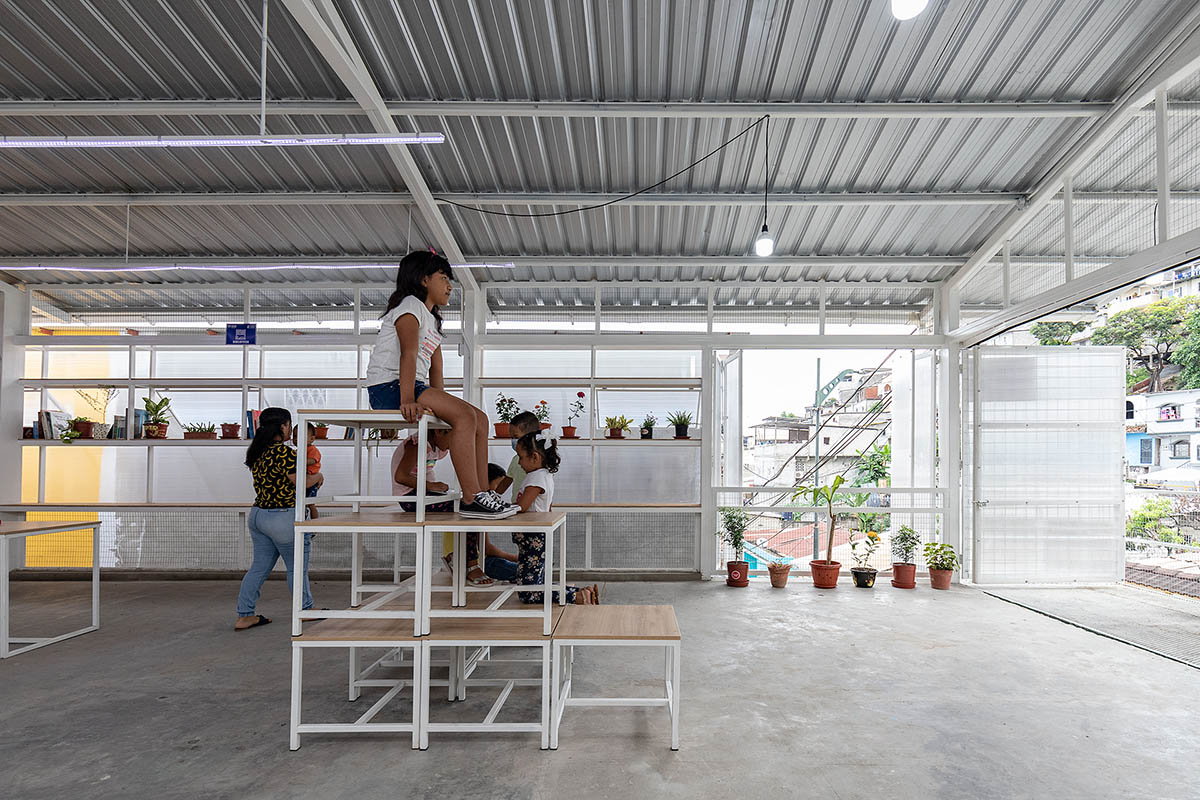 The façade towards the street connects the exterior with the communal house’s extension floor, the diving wall is demolished to gain a strip of light and activity; the previous bathroom and kitchen battery are eliminated to configure a compact and practical services band.

The team demolished the lateral façade wall to create a large transparent piece of furniture where to store, sit and read. Finally, the cover is dismantled and raised to generate further ventilation and lighting. 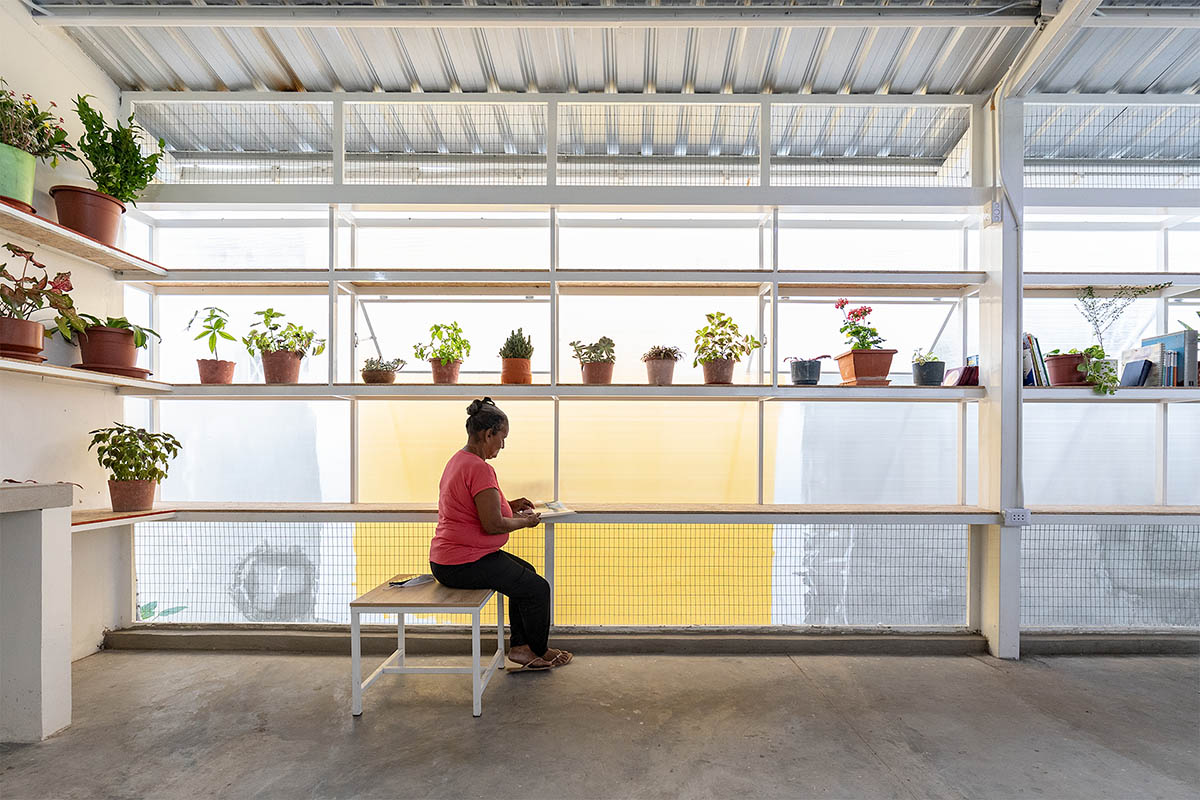 Another gesture in the house is a balcony on the east-facing corner, leans out to welcome visitors and serves as an attraction point on an urban scale as it can be seen from afar.

This protruding balcony, vertical element symbolizes a lighthouse and gives the project an industrial character serves both as a skylight during daytime to capture sunlight, while at night the opposite effect occurs as it projects the light from the interior towards the rest of the buildings. 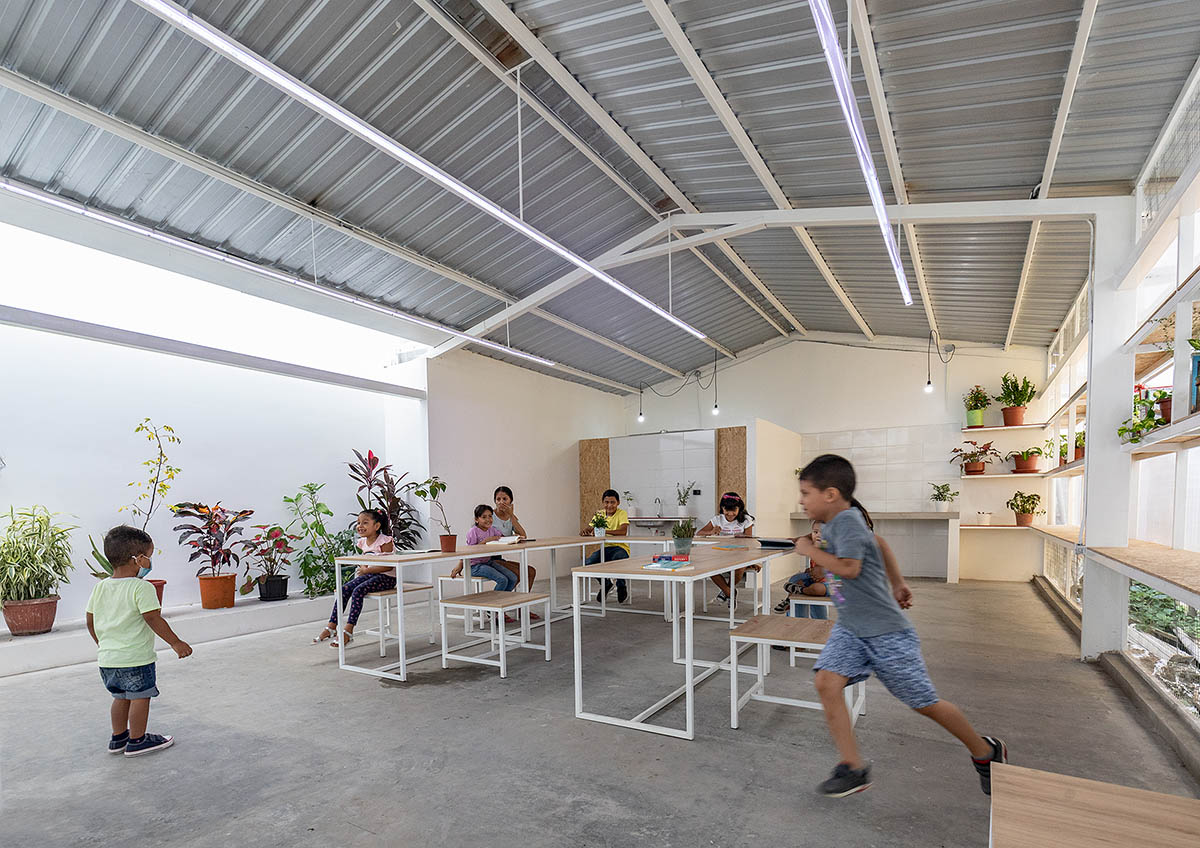 The interior space is designed in all-white color to capture and reflect the greatest amount of light necessary due to the communal house’s implantations complex conditions. 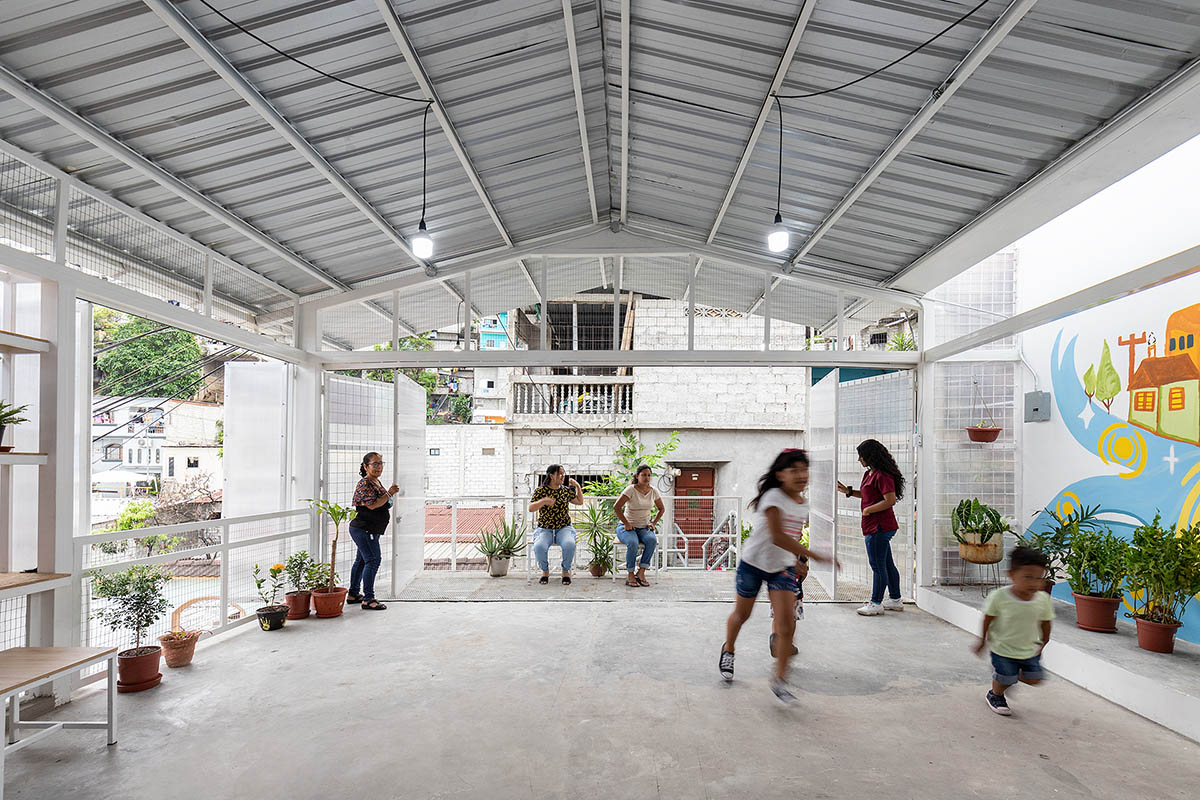 The narrow and elongated piece of land in between diving walls does not allow openings to illuminate three of its facades.

Lastly, the folding doors, the service area’s curtains, the furniture, and plants allow the space configuration to vary to accommodate the spaces’ diverse activities organized at the community level. 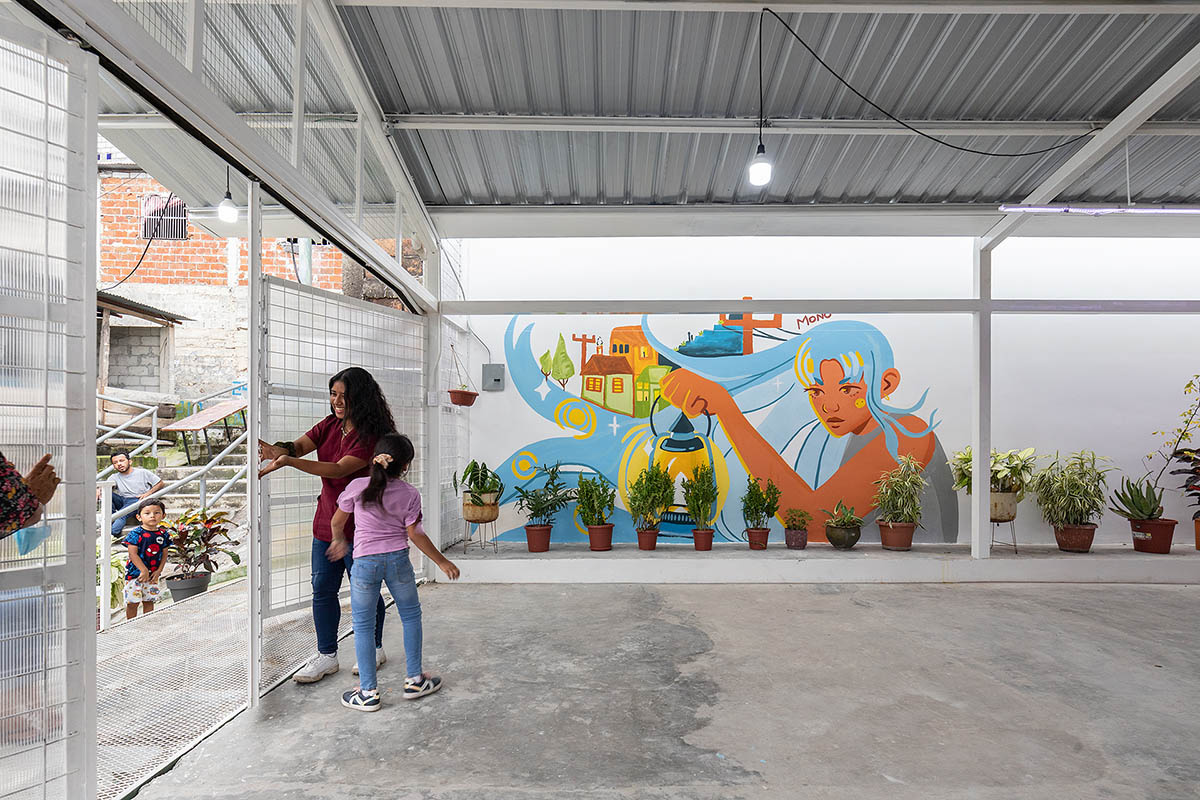 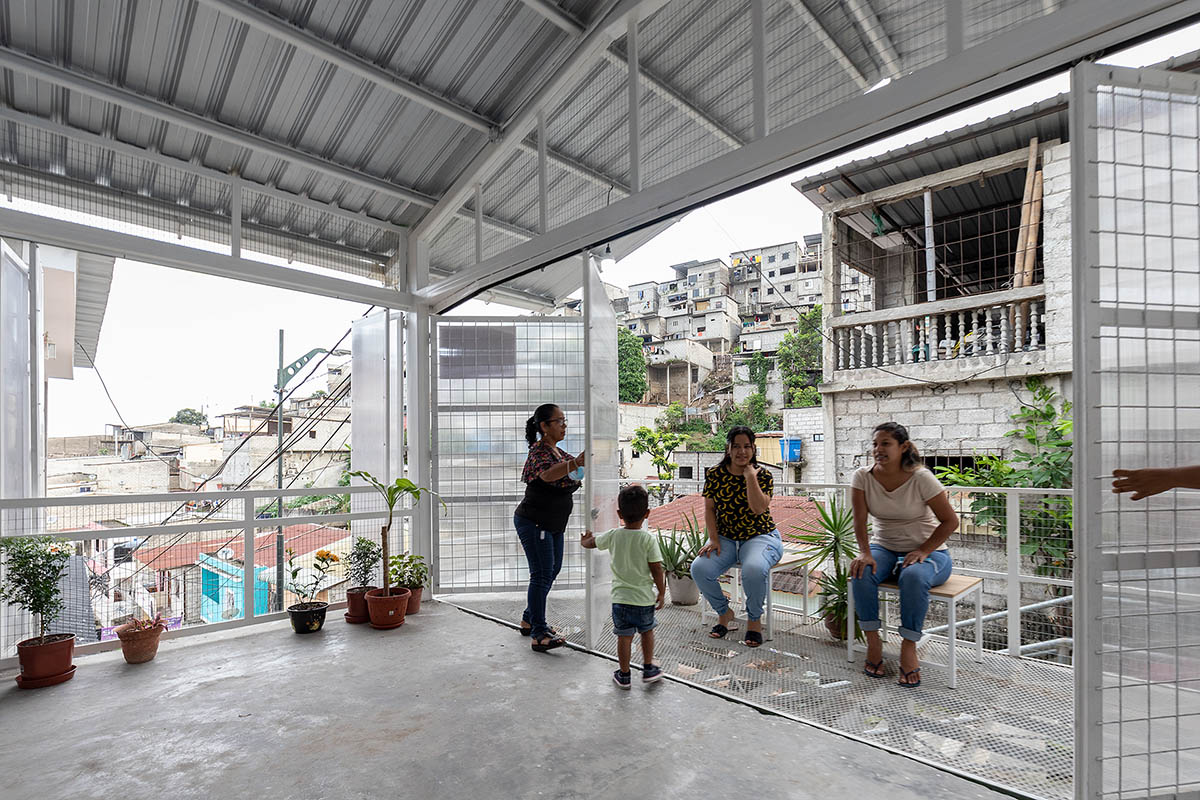 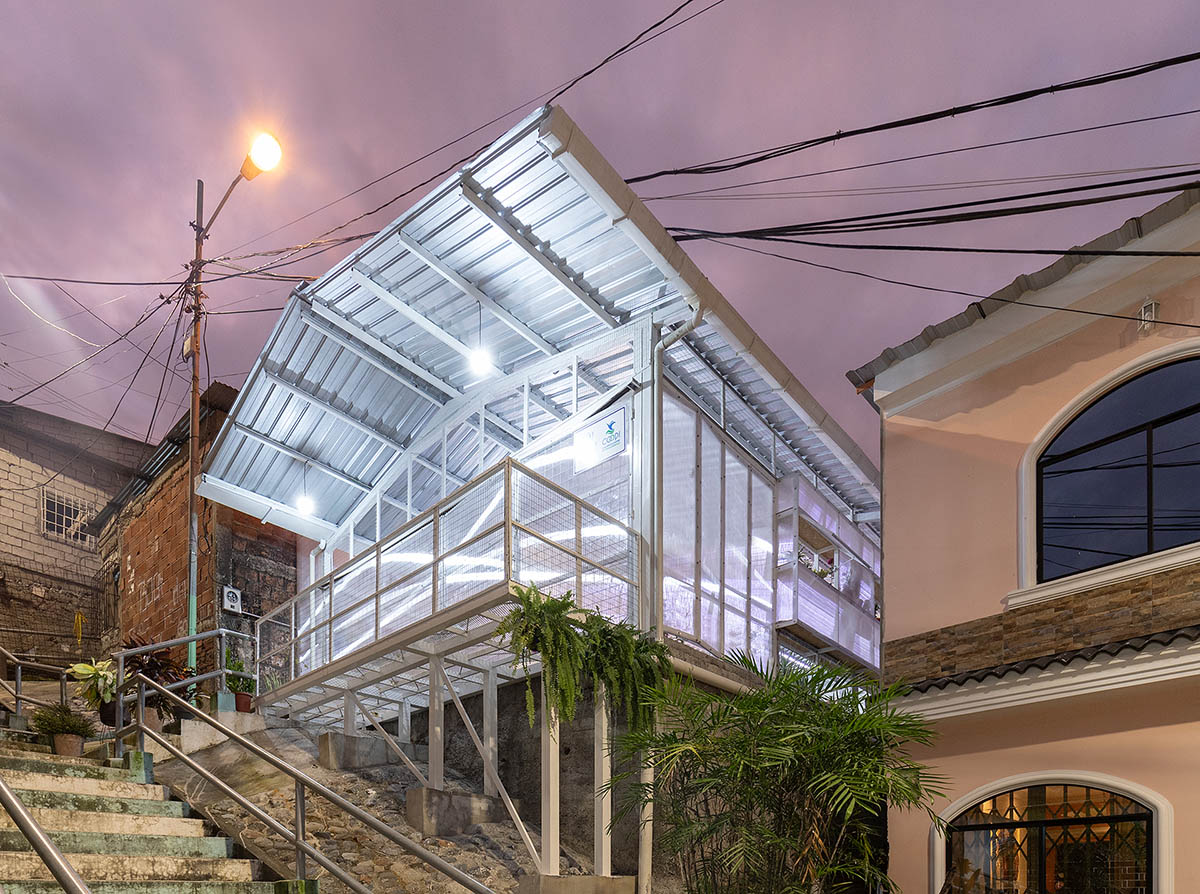 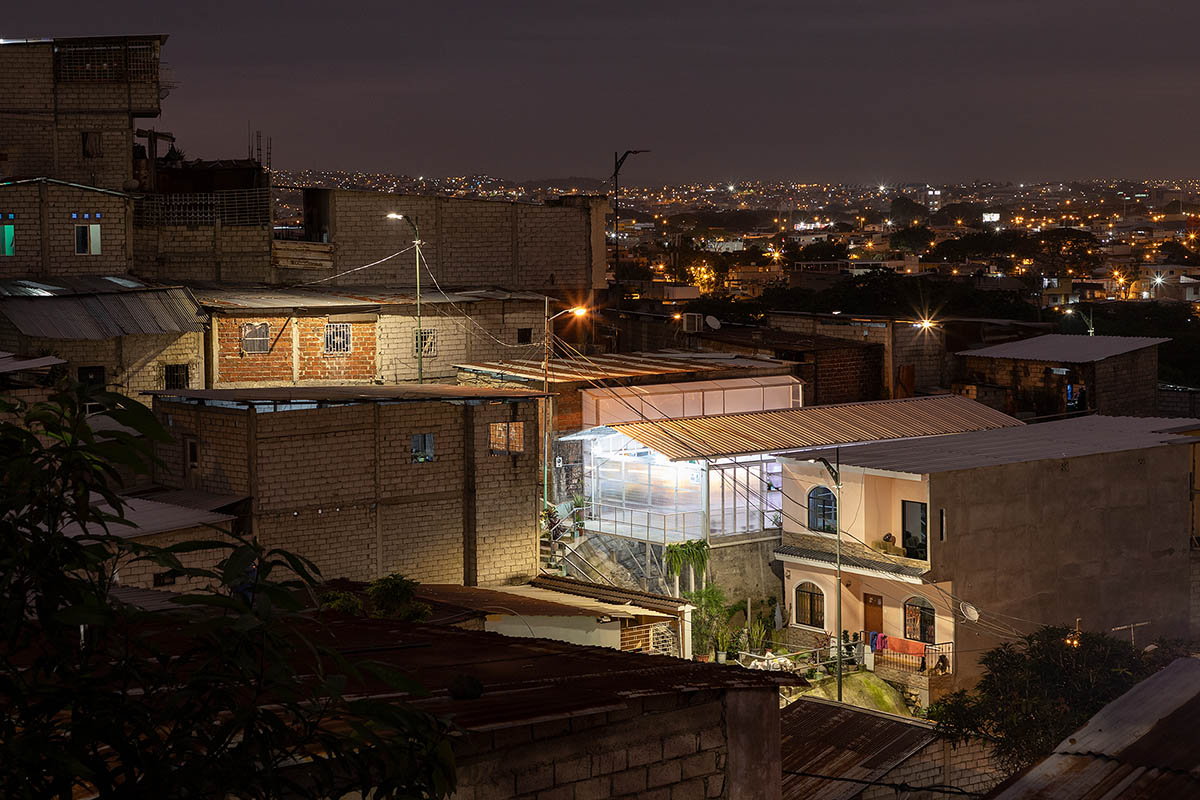 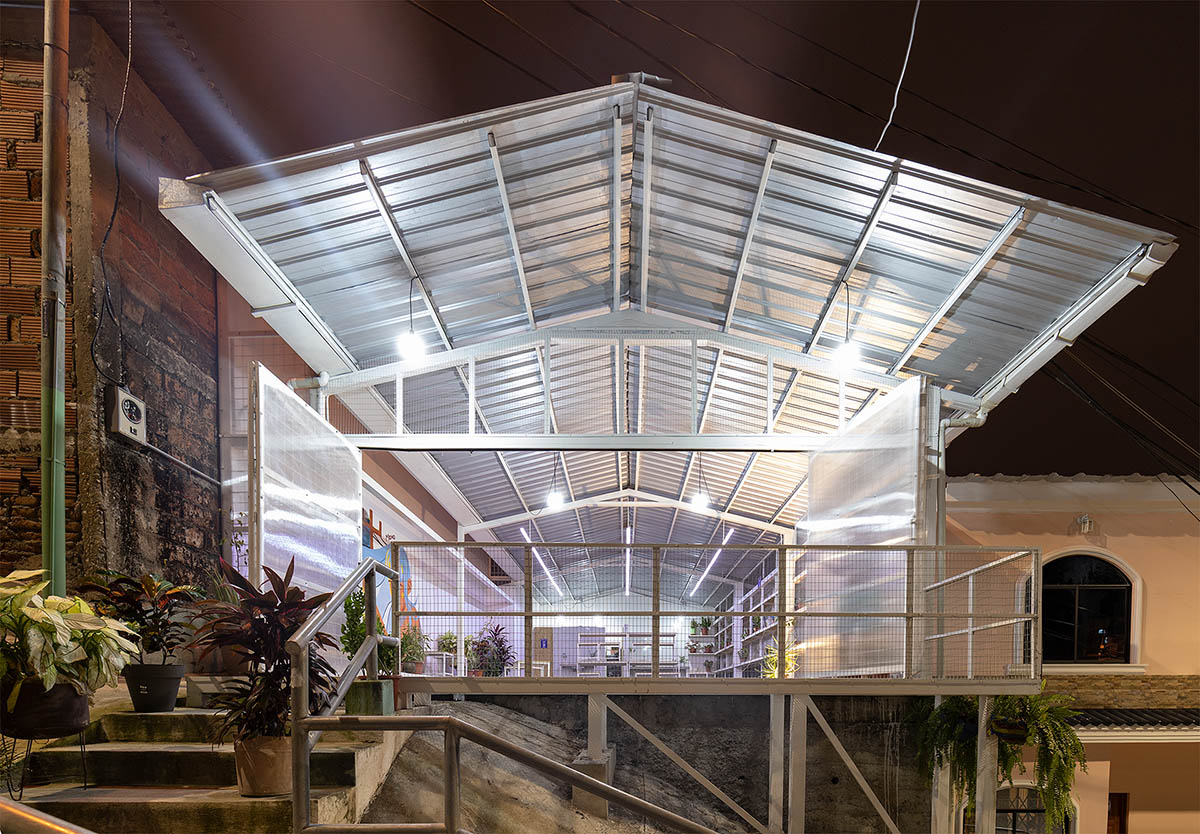 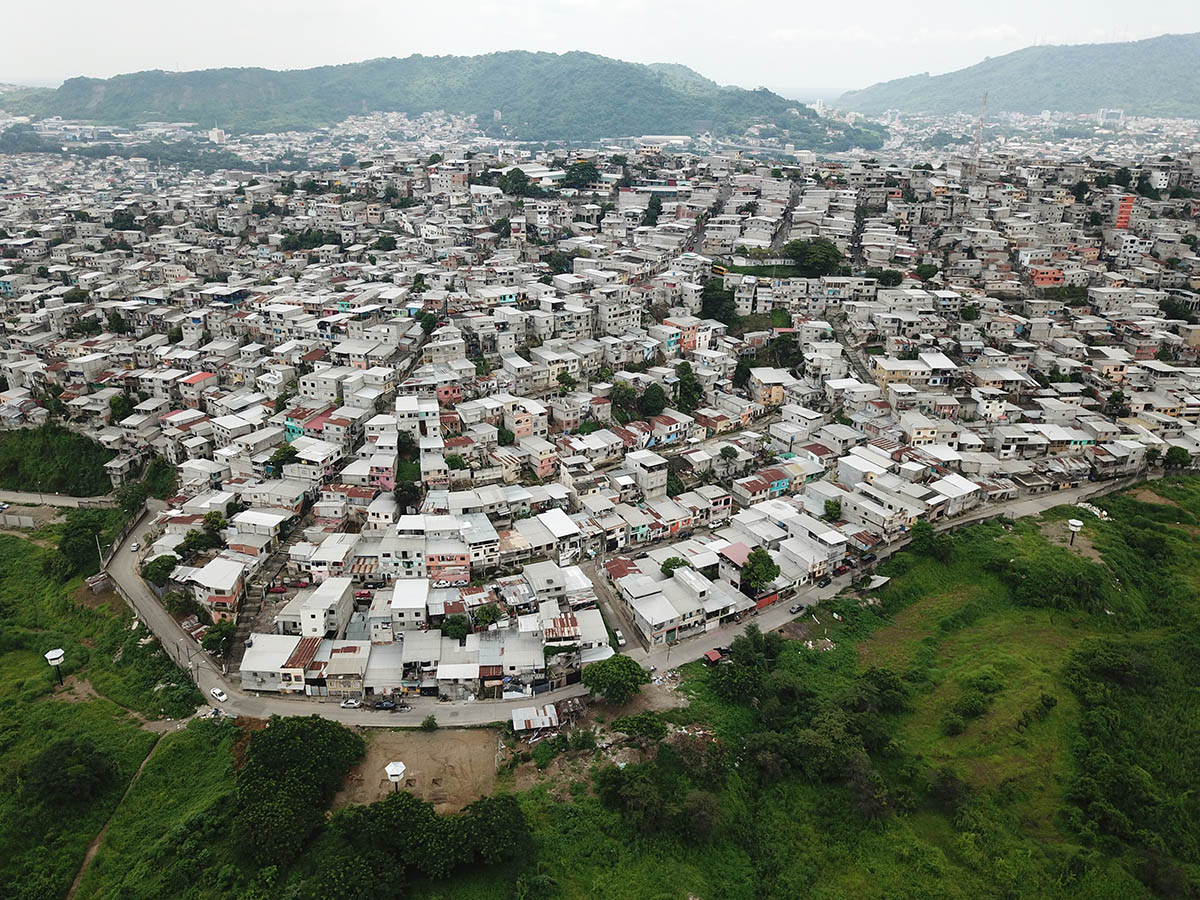 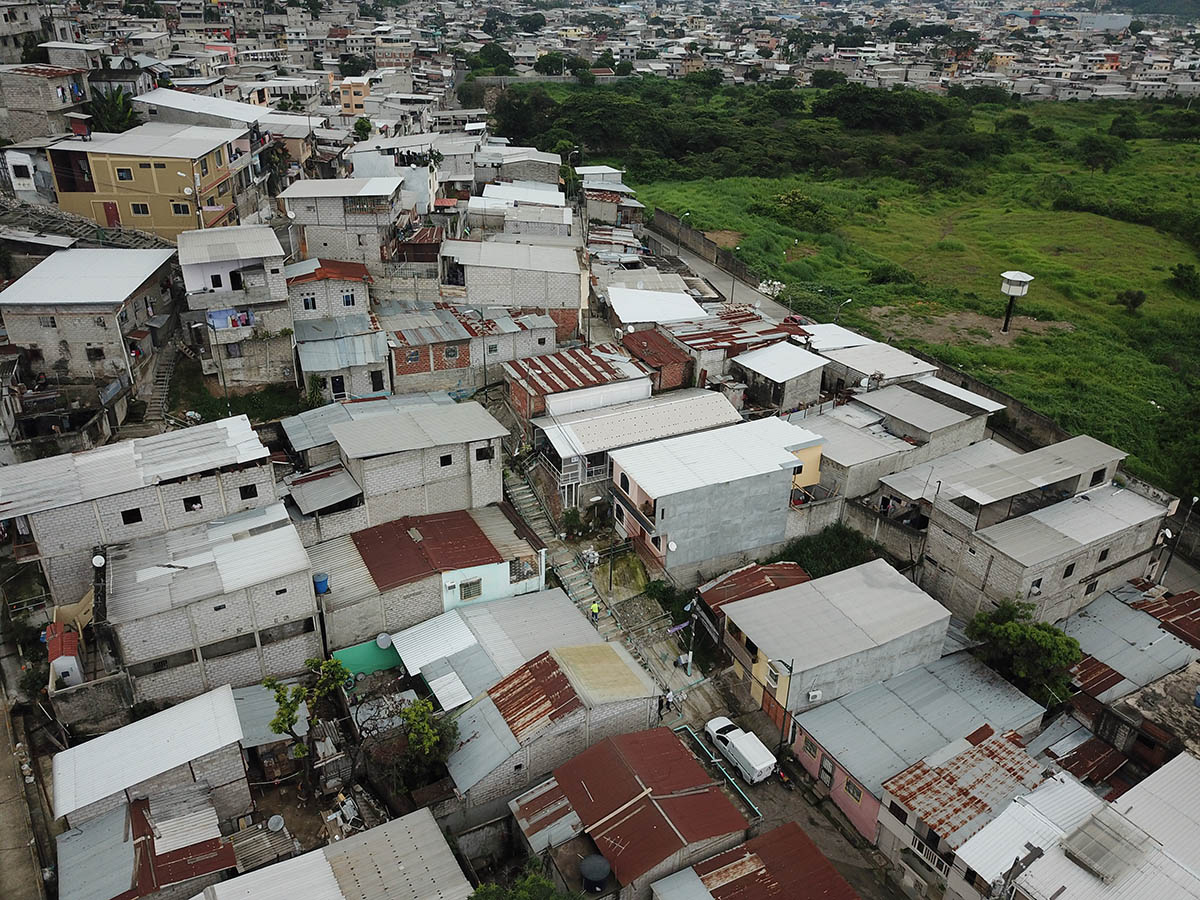 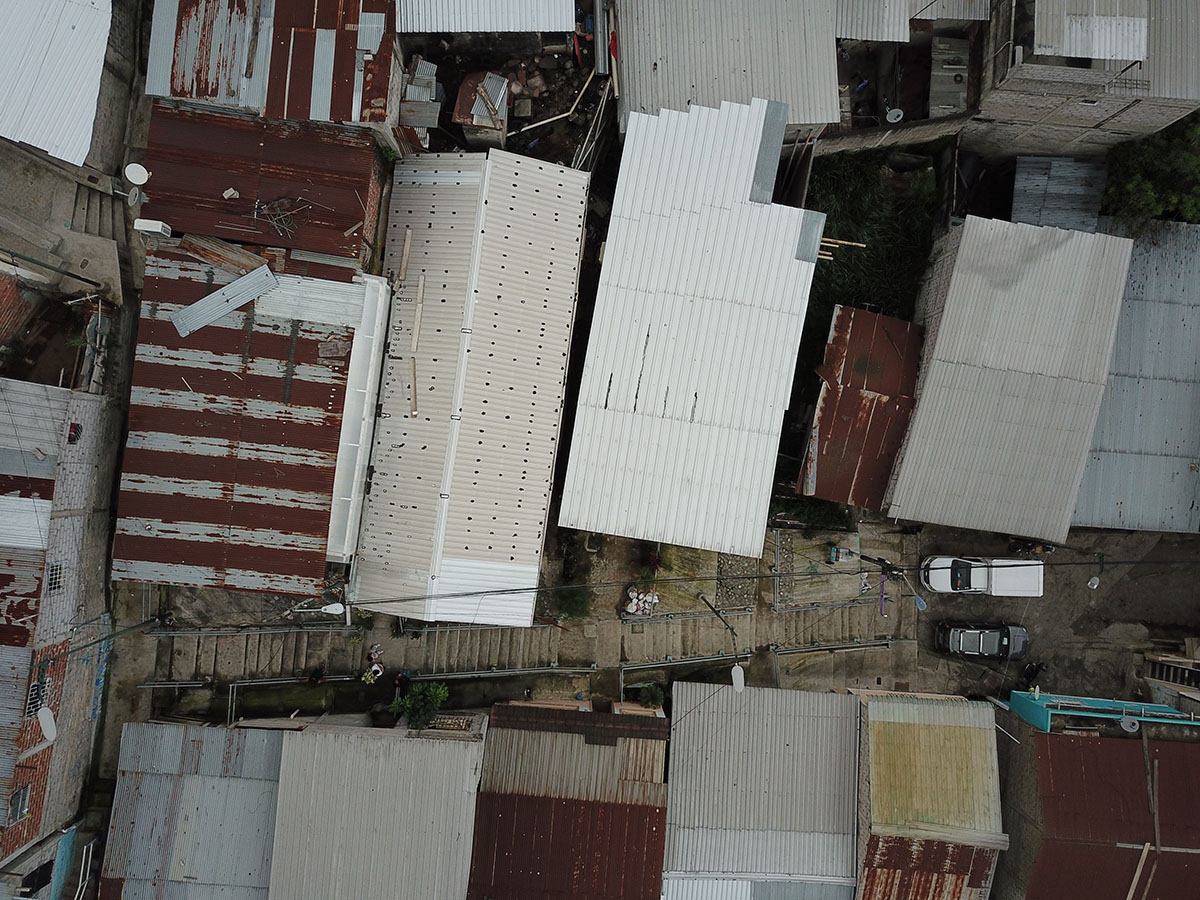 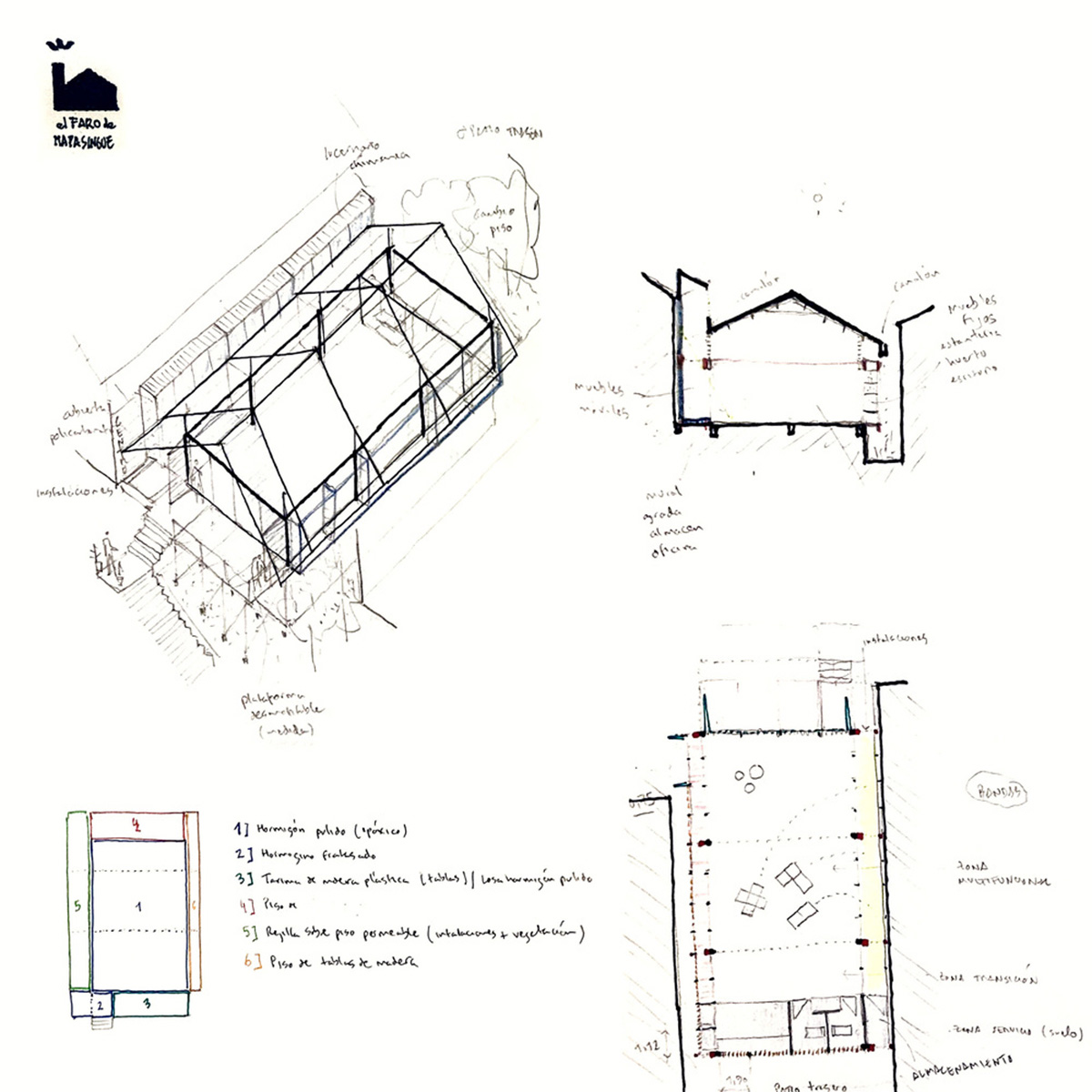 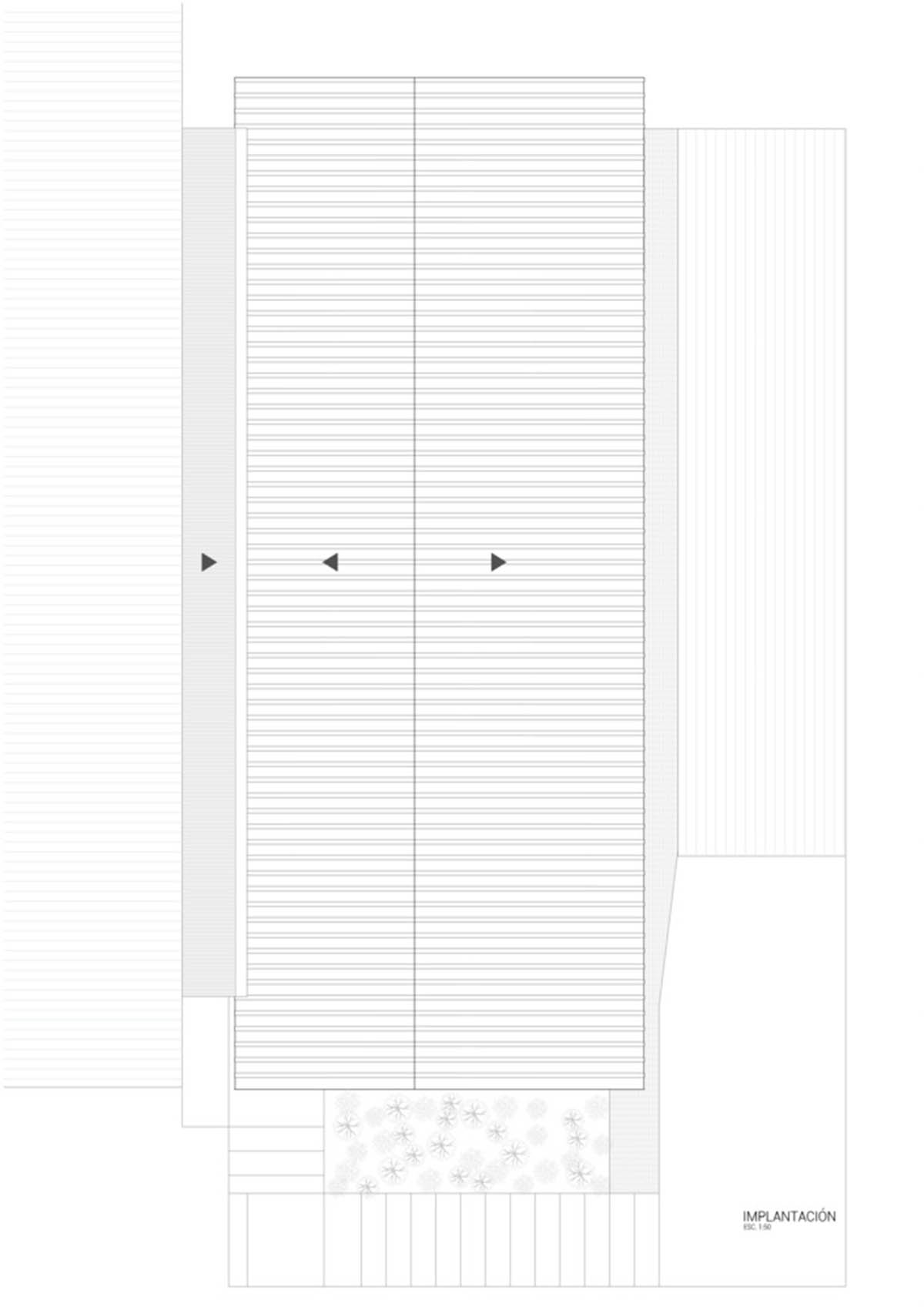 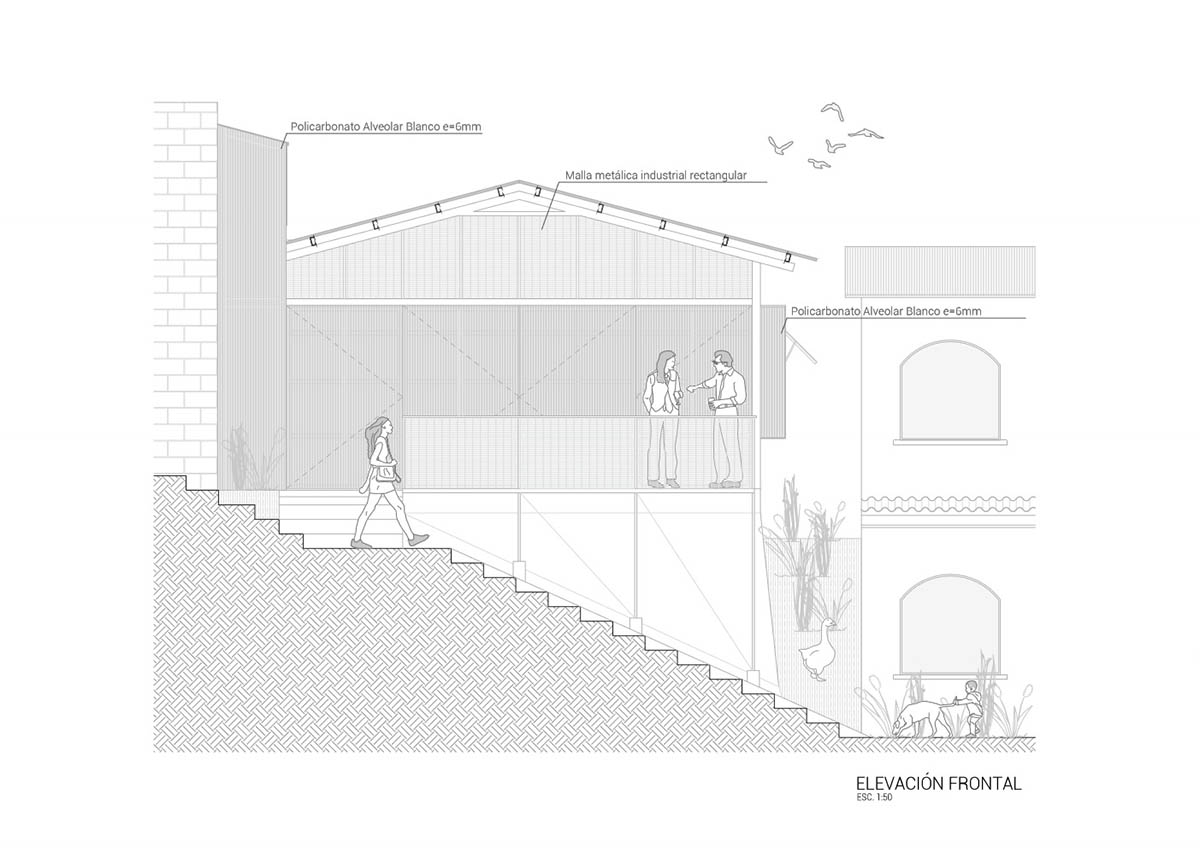