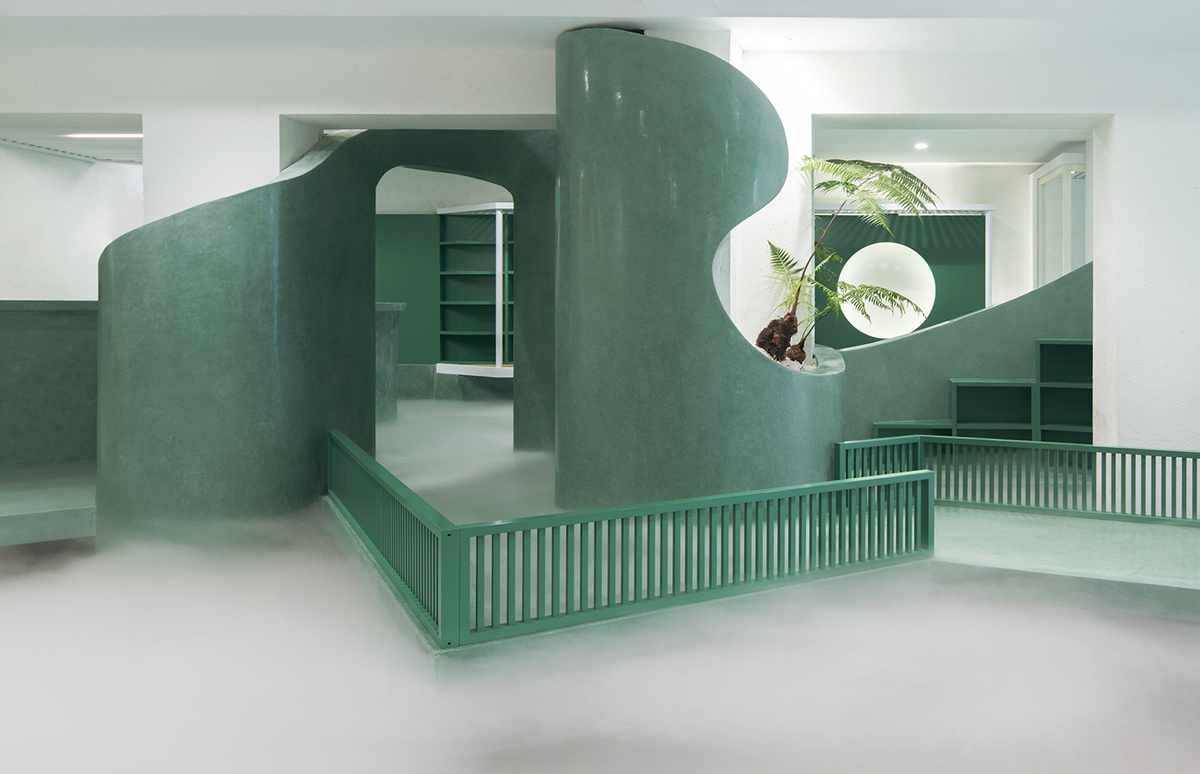 Jiejie Studio has wrapped a misty pond with green-colored three cloud walls and created several mountain terraces for a bookstore and teahouse in Beijing, China.

Named Green Cloud House, the interiors act as an artificial landscape garden that features natural elements, like a half misty pond at the center, a winding bridge, cloud-shaped walls, seven pavilions, and several mountain terraces.

The interior design offers a dreamy landscape that visitors can find themselves playing hide and seek. 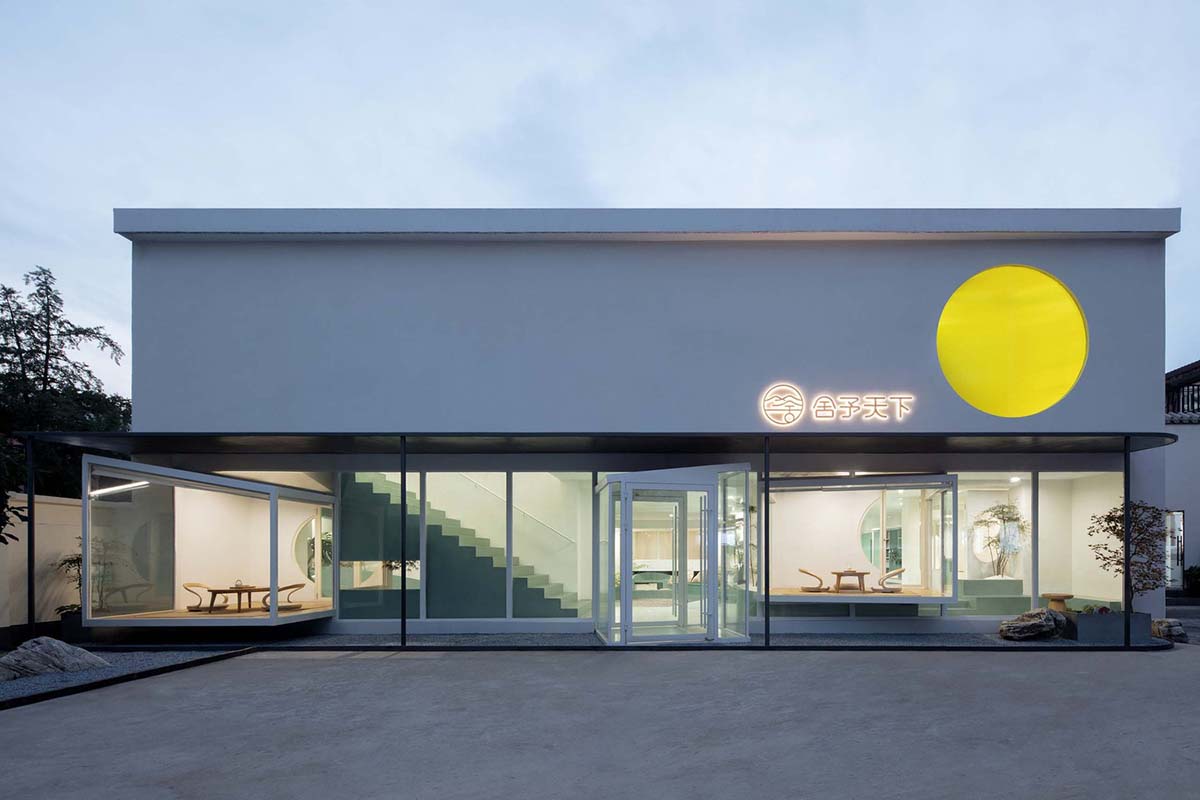 The project is located on the west side of Zhongguancun Street in Beijing. Designed for the Sheyu World Bookstore, the owner of the space commissioned the studio to redesign of the first floor on the basis of the original two-story building.

Covering a total of 200-square-metre area, the bookstore also contains a teahouse exceptionally designed for the bookstore. The two functions are intertwined together to complement each other.

The project is situated inside a city block and surrounded by urban buildings. There is only an eastern side opening towards the front public courtyard.

"We try to find the relationship both inside and outside from here, aiming to build a block facade facing outside and an inward courtyard facing inside," said Jiejie Studio.

As the team highlights, Green Cloud House takes its name of this courtyard. A courtyard is defined with a specific function: a misty pond, that forms a spiritual atmosphere. In the heart of the space, users act as if they are moving in a different universe or on the clouds.

The courtyard is spreading out from a pond.

"We envision the pool water flowing from the underground pool in the east outdoor courtyard to the west indoor room," said the designers.

"The water inlet is hidden somewhere underground in the east and pool water converges into this half pond in the indoor low-lying place. The terraces around the pond flow high or low just like mountains, meanwhile forming an enclosed pond boundary." 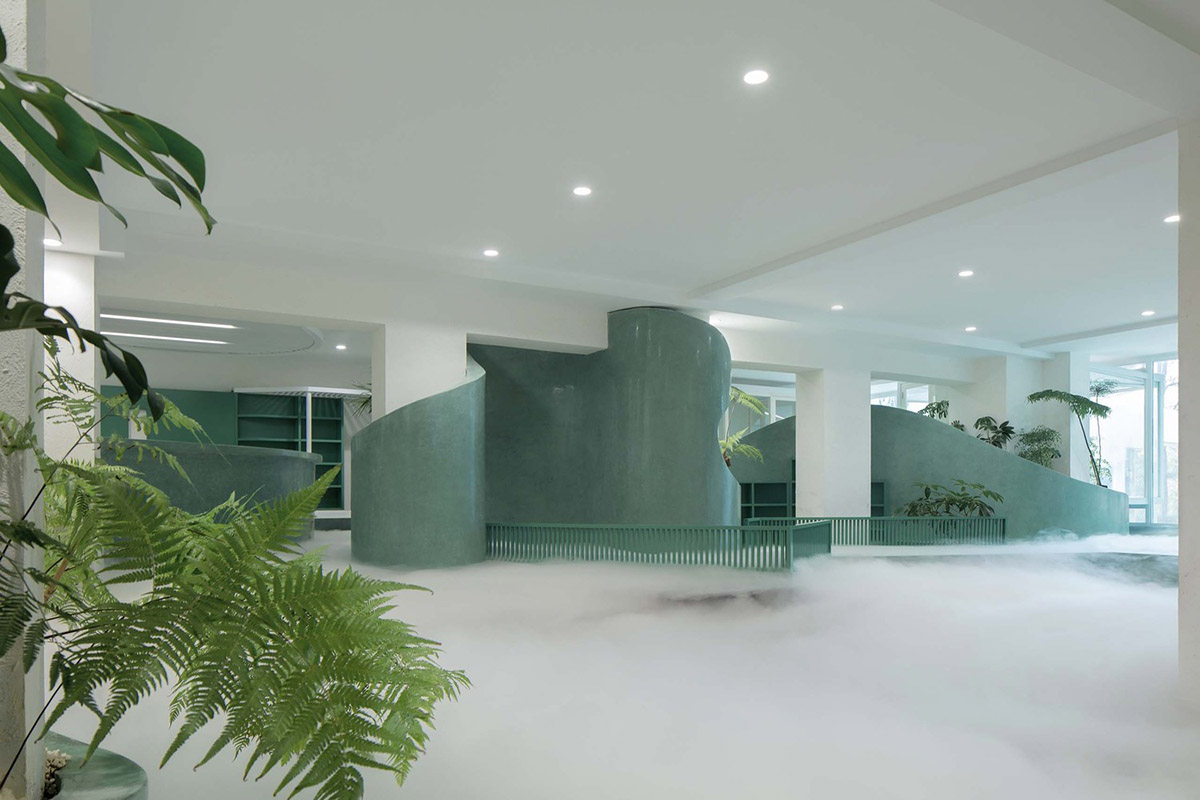 Cloud-like walls become the main elements of design, they are designed in green color and wrap the whole space. Cloud-like walls can turn into a seating area, or a passage area, can be a part of a landscape or a bookshelf. You can never guess what awaits you. 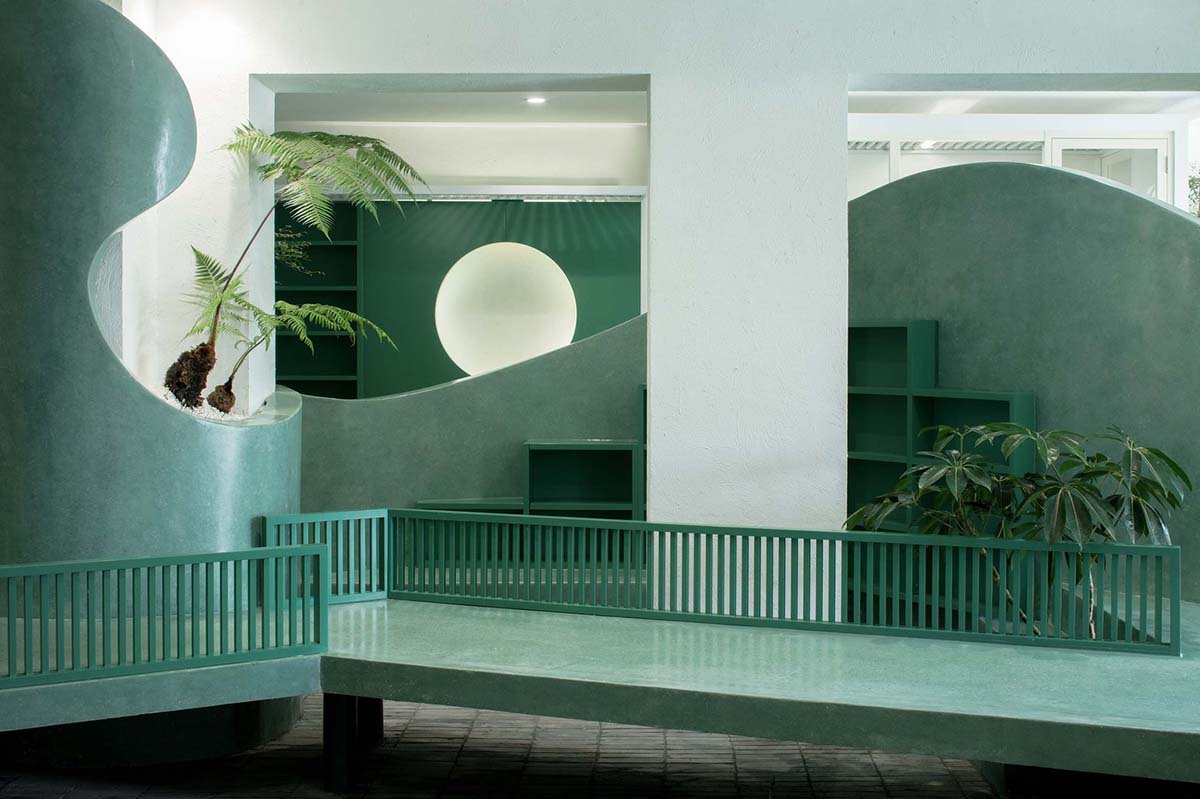 "Because of the winding changes of the cloud walls, people shuttle through the garden among the walls, like playing hide and seek. An infinitely changeable world is shown in such an inch of land." 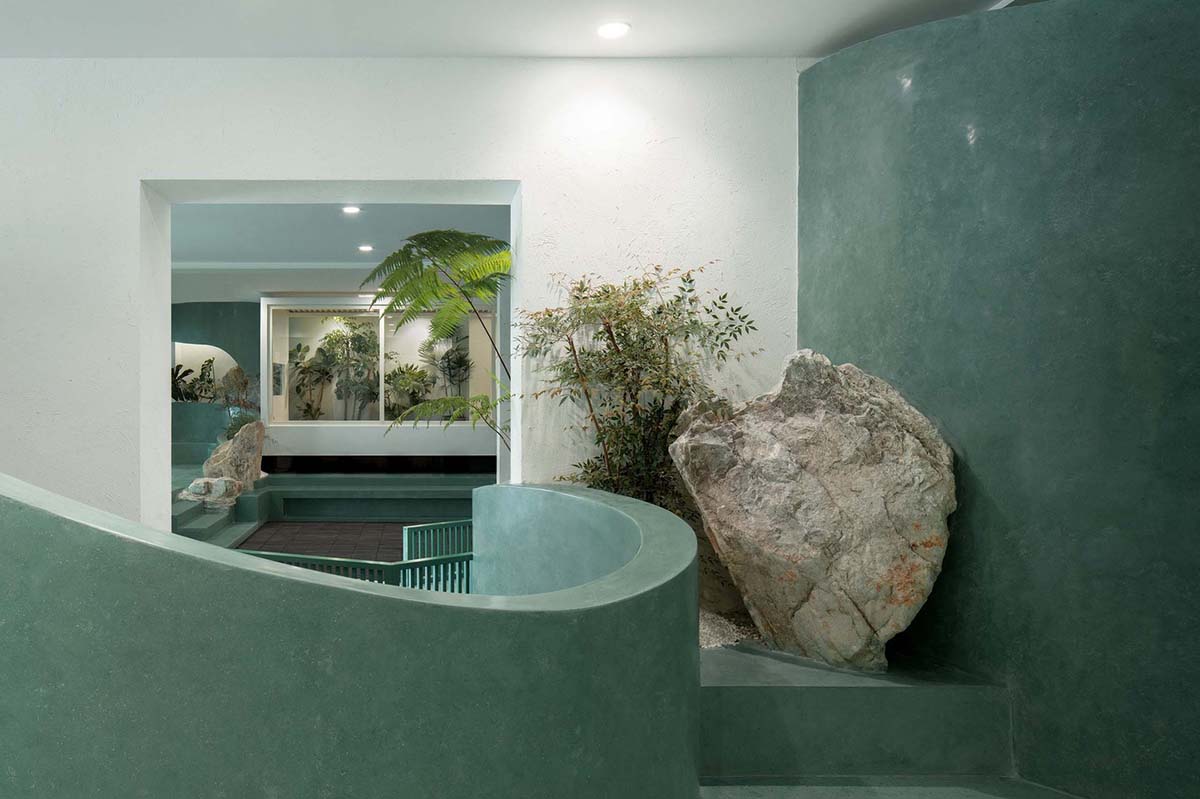 The designers add a winding bridge across the water at the entrance, crossing a moon cave in the cloud wall from east to west, entering the north garden.

As the designers stated, the scenery becomes different in every step on the winding bridge. "With the turning of the forward direction, the scenery will change where your sight reaches," they added. 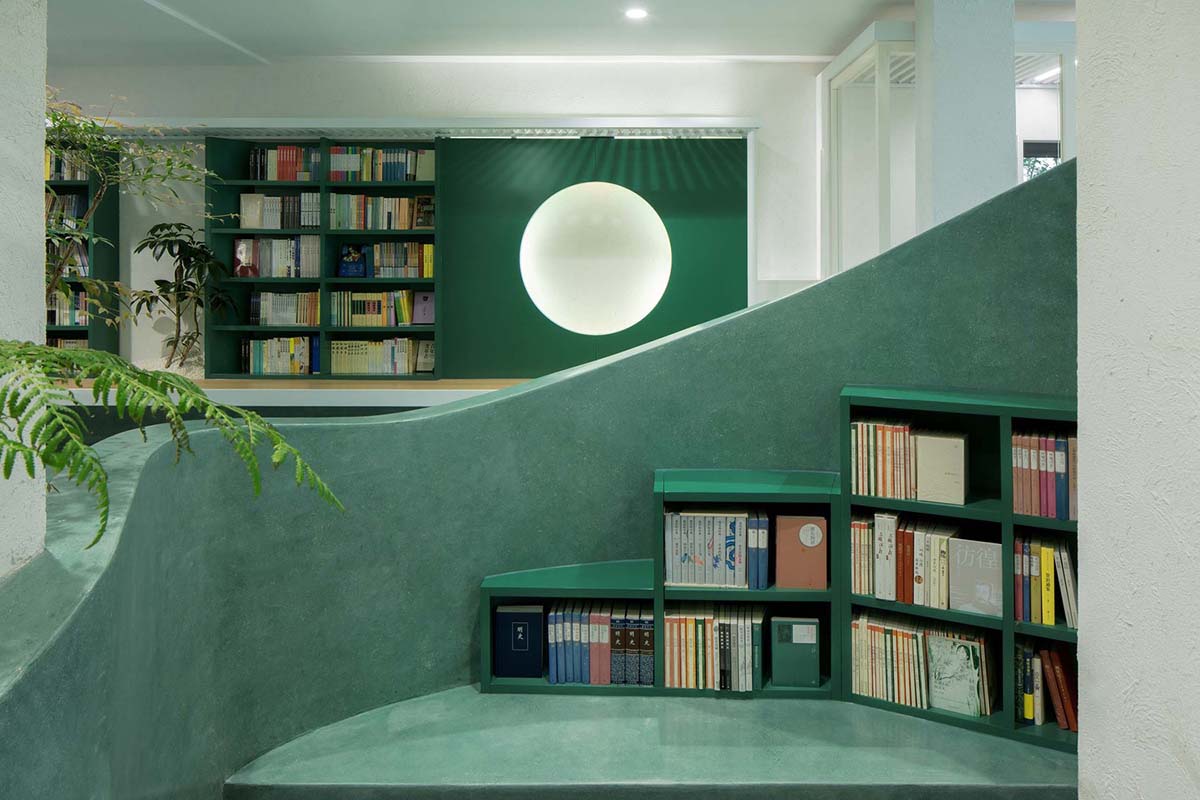 The space is envisioned like a pavilion that becomes a place for reading and tea parties. It is located above the mountain terraces and around the pond. "They present as high or low, near or far, hidden or visible, some are like giant rocks chiseled from the wall protruding out of the mountain," the designers continued. 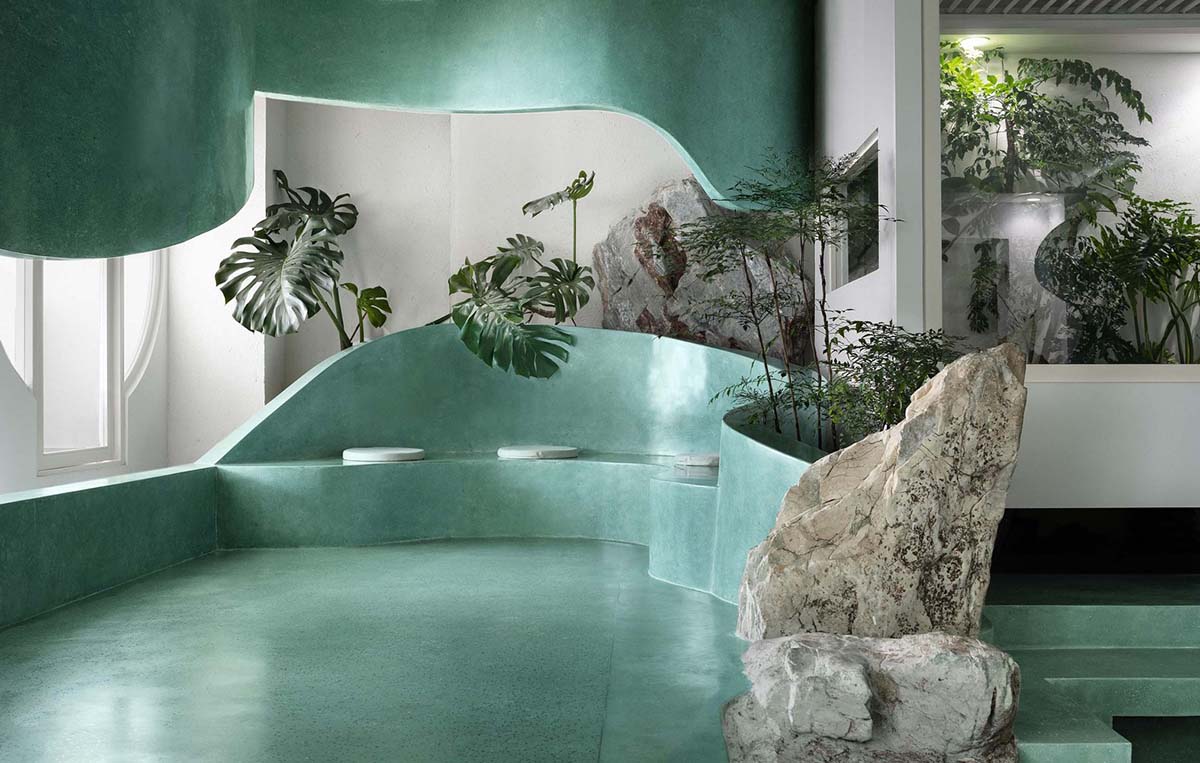 For example, on the mountain terrace, they used jagged rocks and lush plants, which create almost real natural scenery.

"What’s more, the up and down flowing changes of the terraces make various postures of the pavilions," the designers added. According to the designers, "Green cloud house is not only a design practice of gardening in the room but also an attempt to build a landscape garden space in a narrow interior space."

"This architecture, Seven terraces, and pavilions with a pond in the cloud and mist is just that poetic place I want to present." 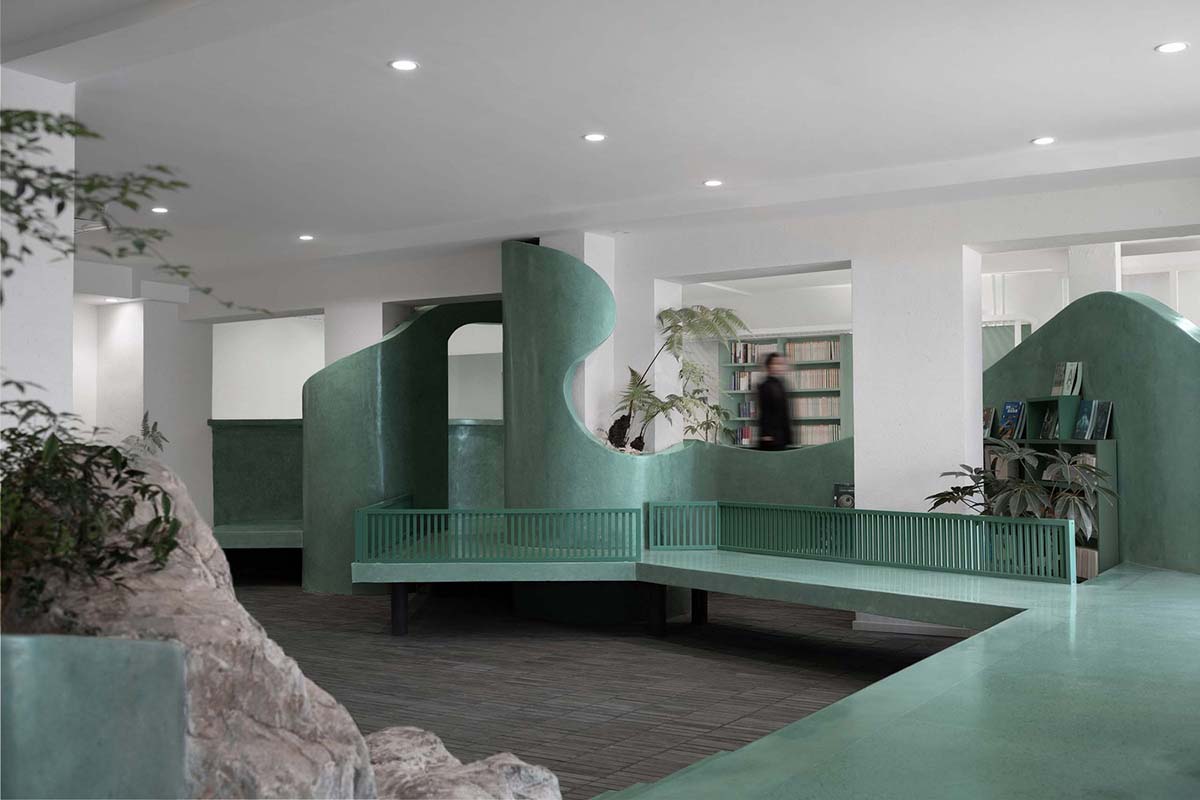 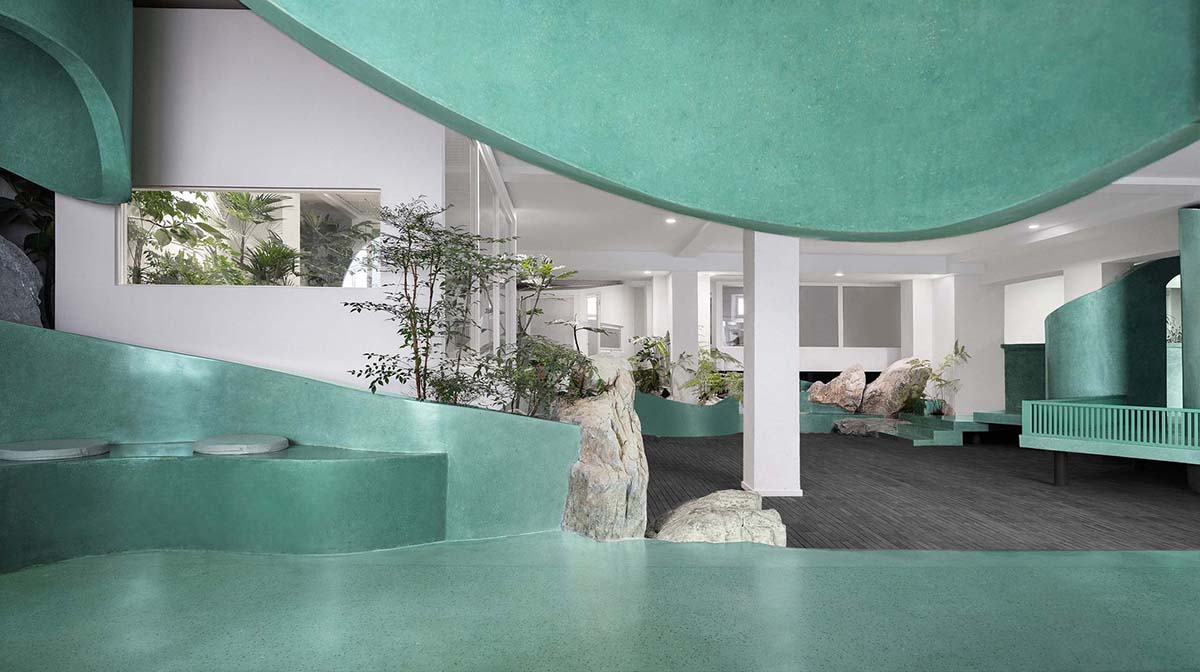 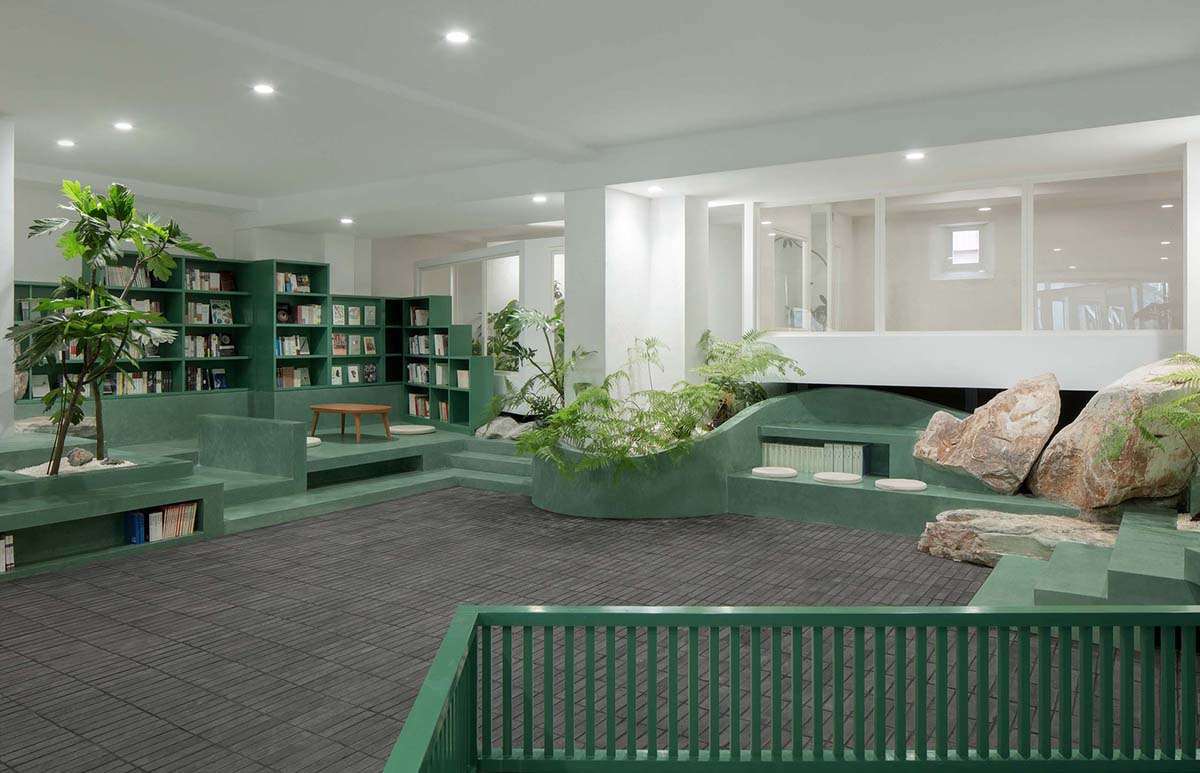 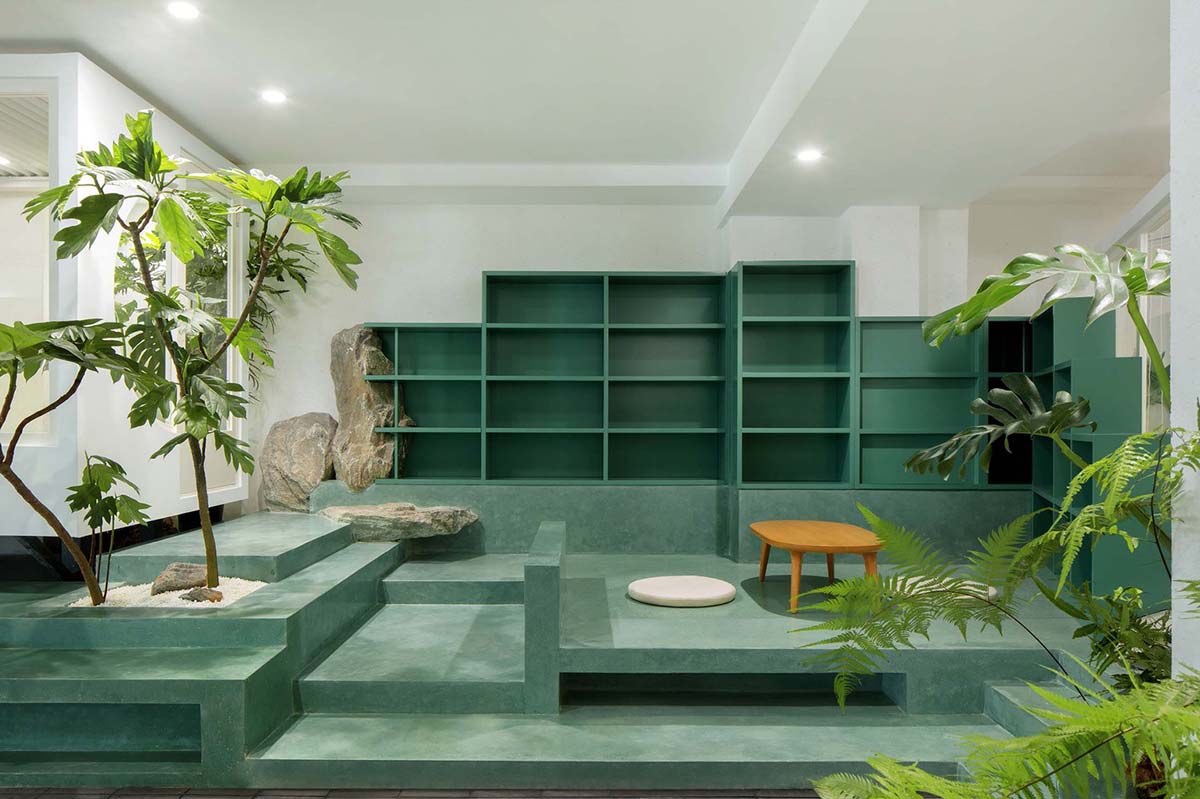 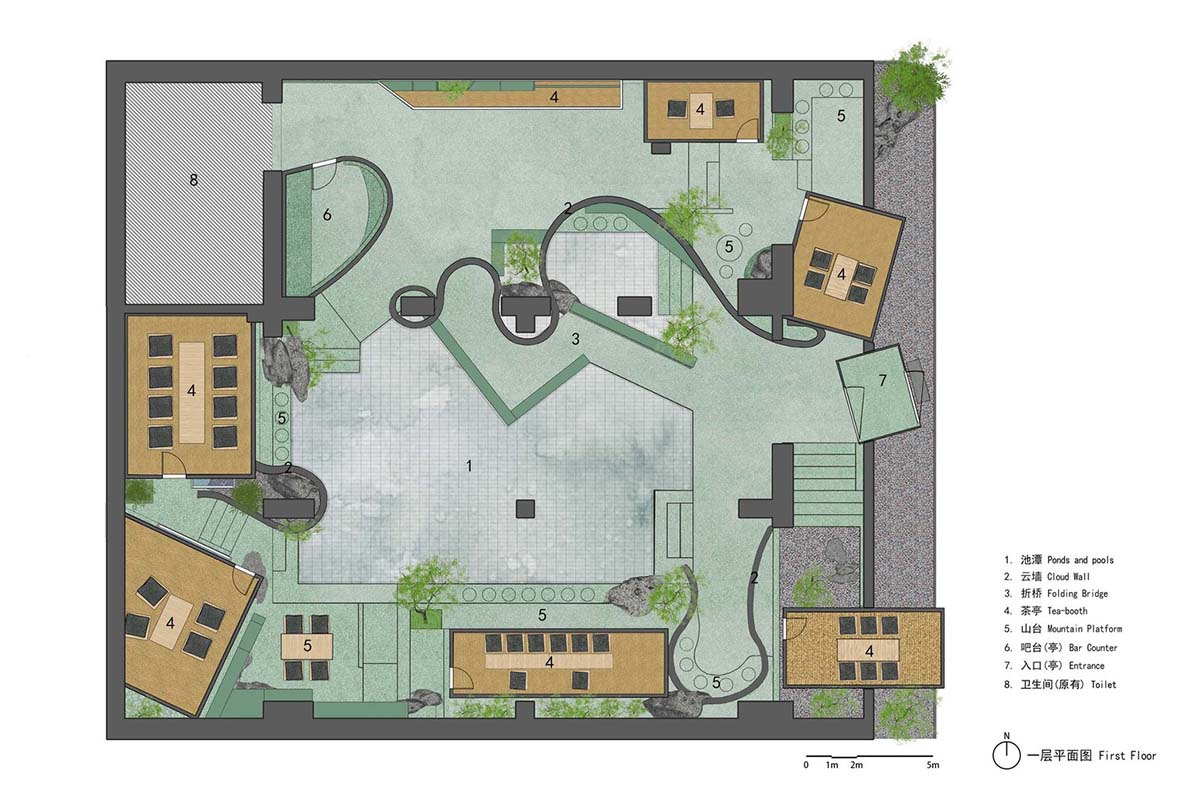 Jiejie studio also designed a tea room with a peach garden that features rocks and forest landscape in Beijing, China.