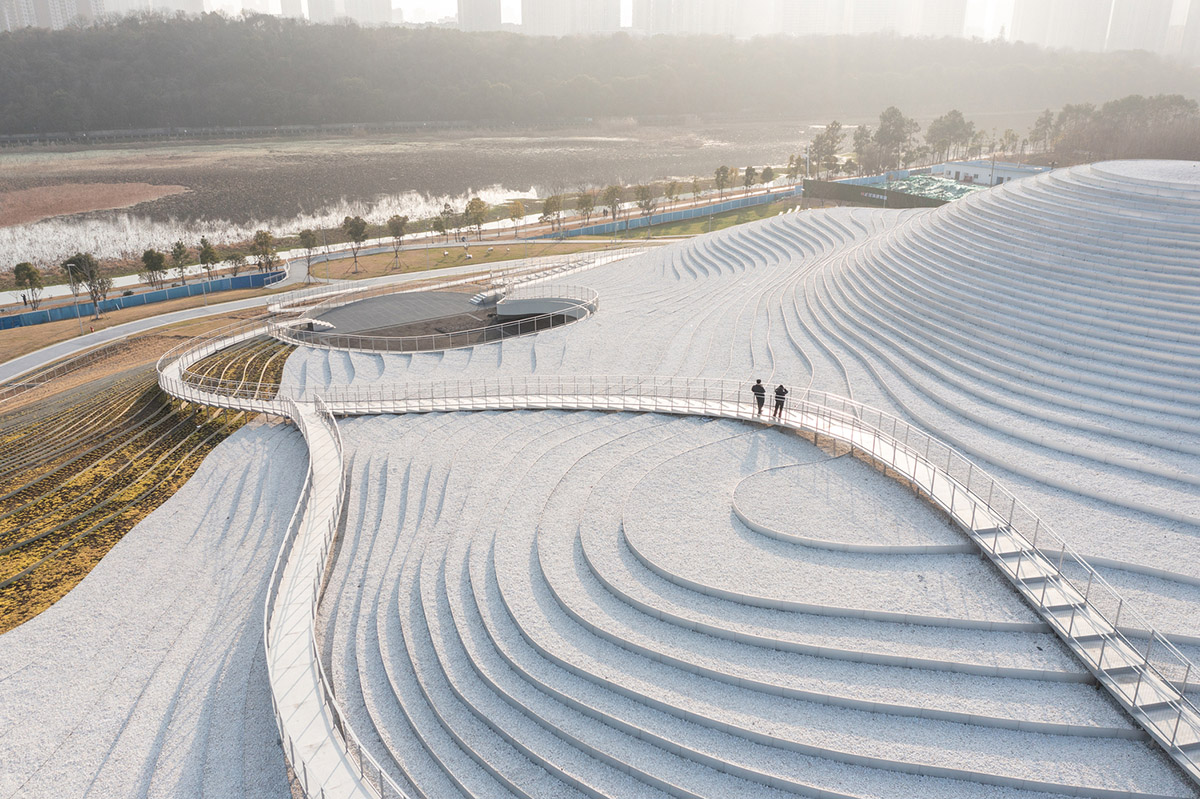 Shanghai-based architecture practice Atelier Deshaus has designed a museum that is shaped by undulating topographic lines, creating a mountain-looking form in Wuhan, China.

Named Qintai Art Museum, the 41,600-square-metre museum is located on the lakeside of Moon Lake in Hanyang District of Wuhan City, facing the Meizi Hill on the other side of the lake to the south. 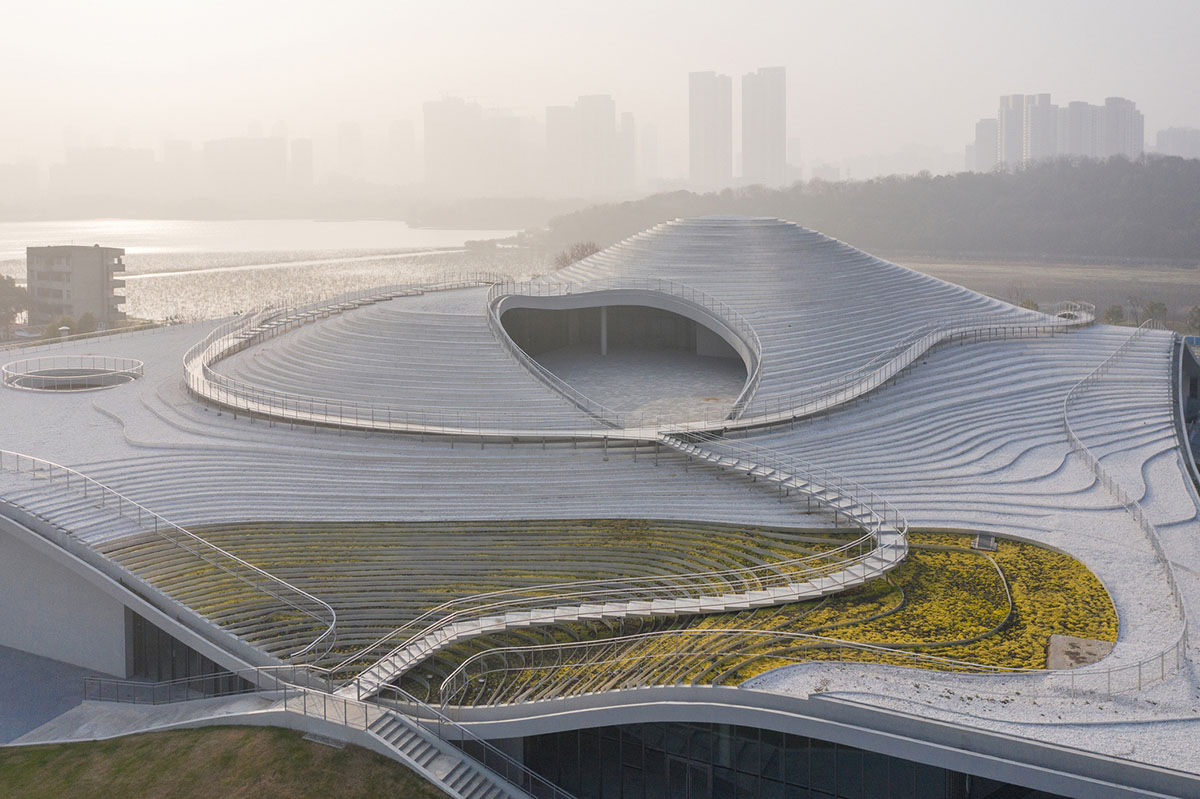 The design takes cues from its natural surrounding in order to confront the natural atmosphere of the lake in a subtle way.

Based on the contextual parameters, the museum creates a form of undulating natural terrain facing the lake and conceives the exhibition space underground. This both takes full advantage of the underground space and reduces the building volume of the surface. The other façade of the complex faces the urban road, while its vertical facade creates a connection to its urbanity. "The formal treatments on these two directions define the relationship between the building and the site," said Atelier Deshaus.

People can access the roof via pathways and walk on top of the roofscape. The pathways give visitors the feeling of moving freely between the contours. 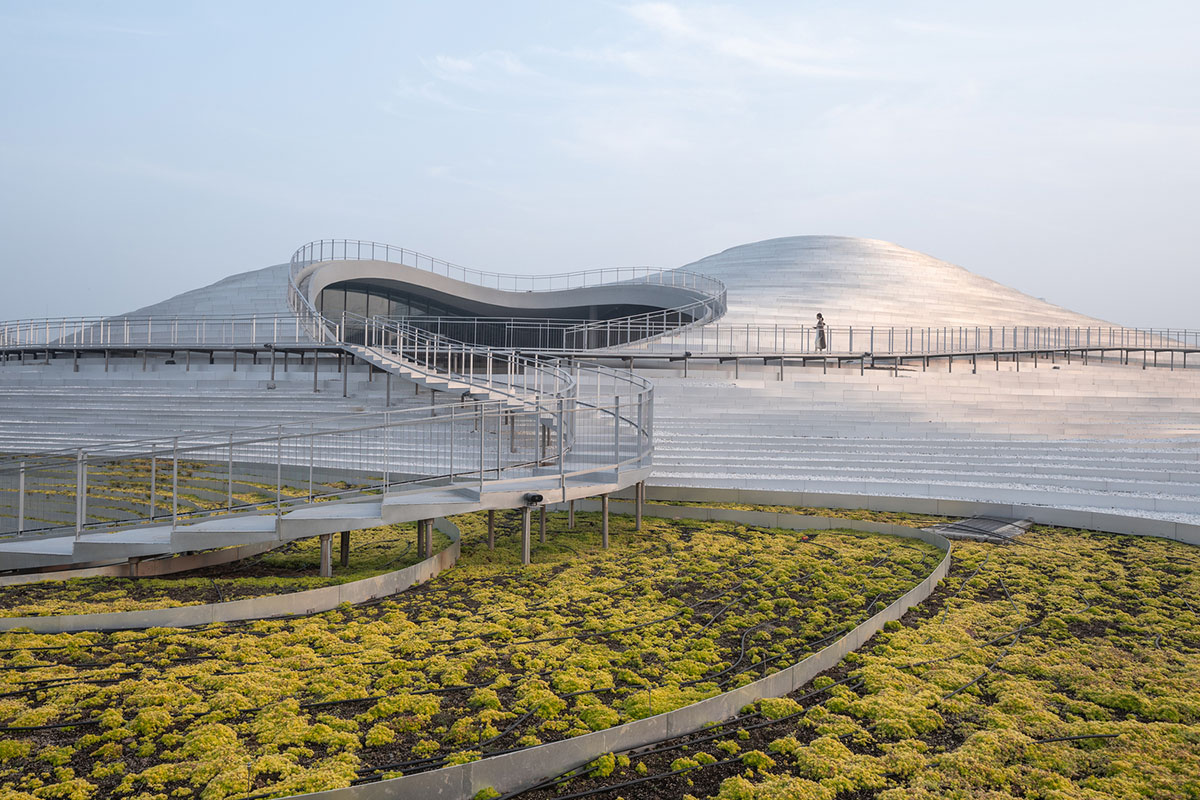 The architects refine the undulating roof with an abstract contour-like stepped terrace. The roof's risers are covered with silver metal surface, and the treads are clad in white stones, vegetation and green plants. Together with winding walking path going through the roof, they formed a very experiential landscape.

The studio invited Icelandic–Danish artist  Olafur Eliasson to create a light installation, the eight color path, for the roof path, with which, the path's color changes as people pass by. 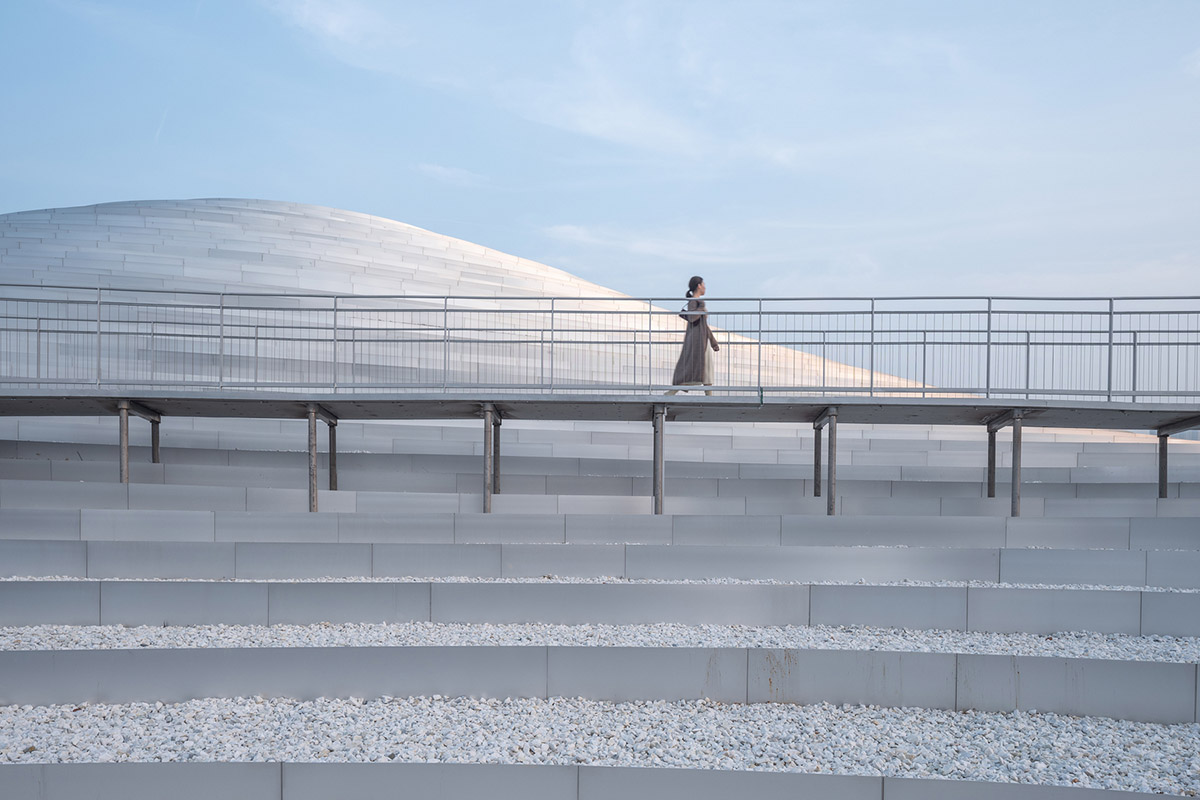 "Every morning or dusk, people may gather from all over to the roof, and immerse themselves in a unique artistic atmosphere and landscape," said the studio.

"The publicity of the space transcends the museum's solitary visual image by accommodating people's activity onto its surface." 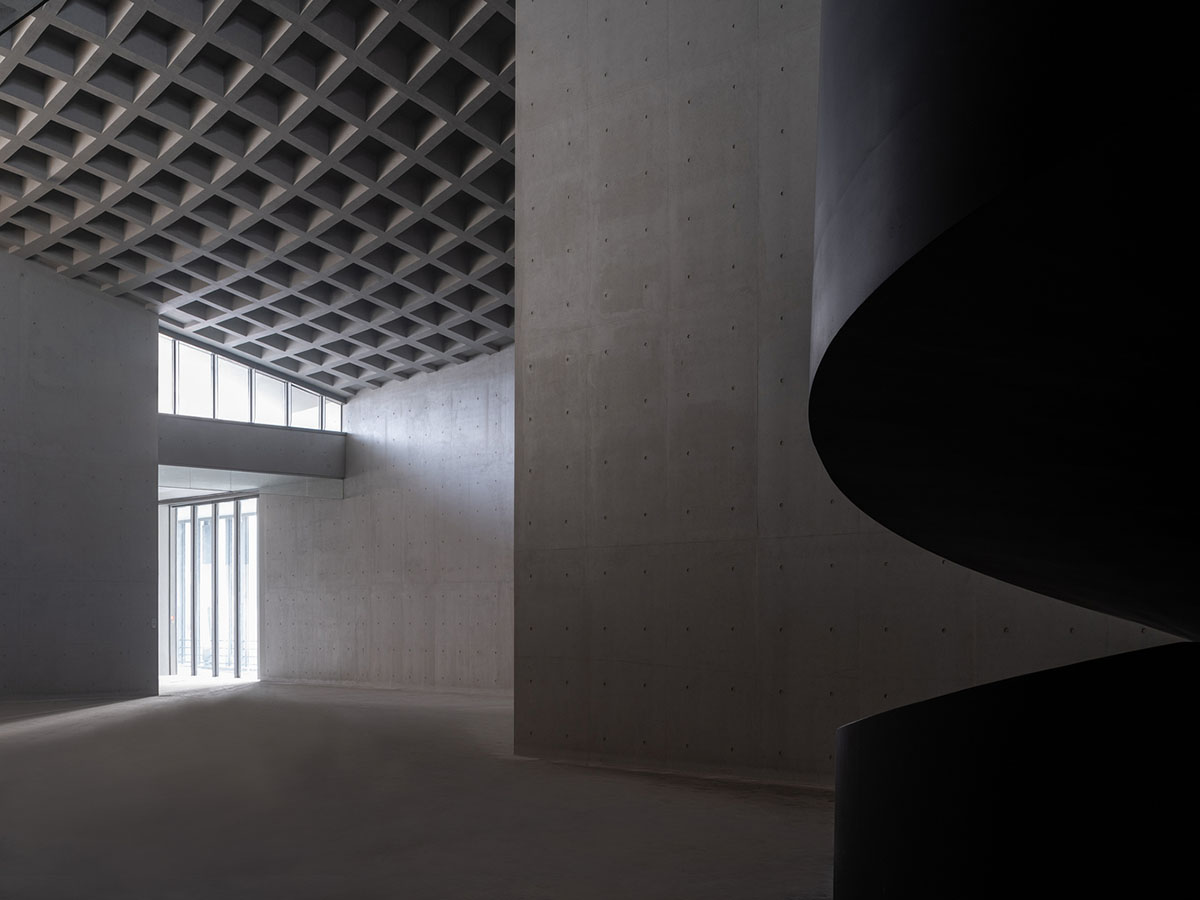 While the rooftop pathways are entirely open to the public, they are also connected to the Moon Lake, as well as the exits of the museum exhibition spaces, the art shop, the café, the space for public education and the other public spaces. 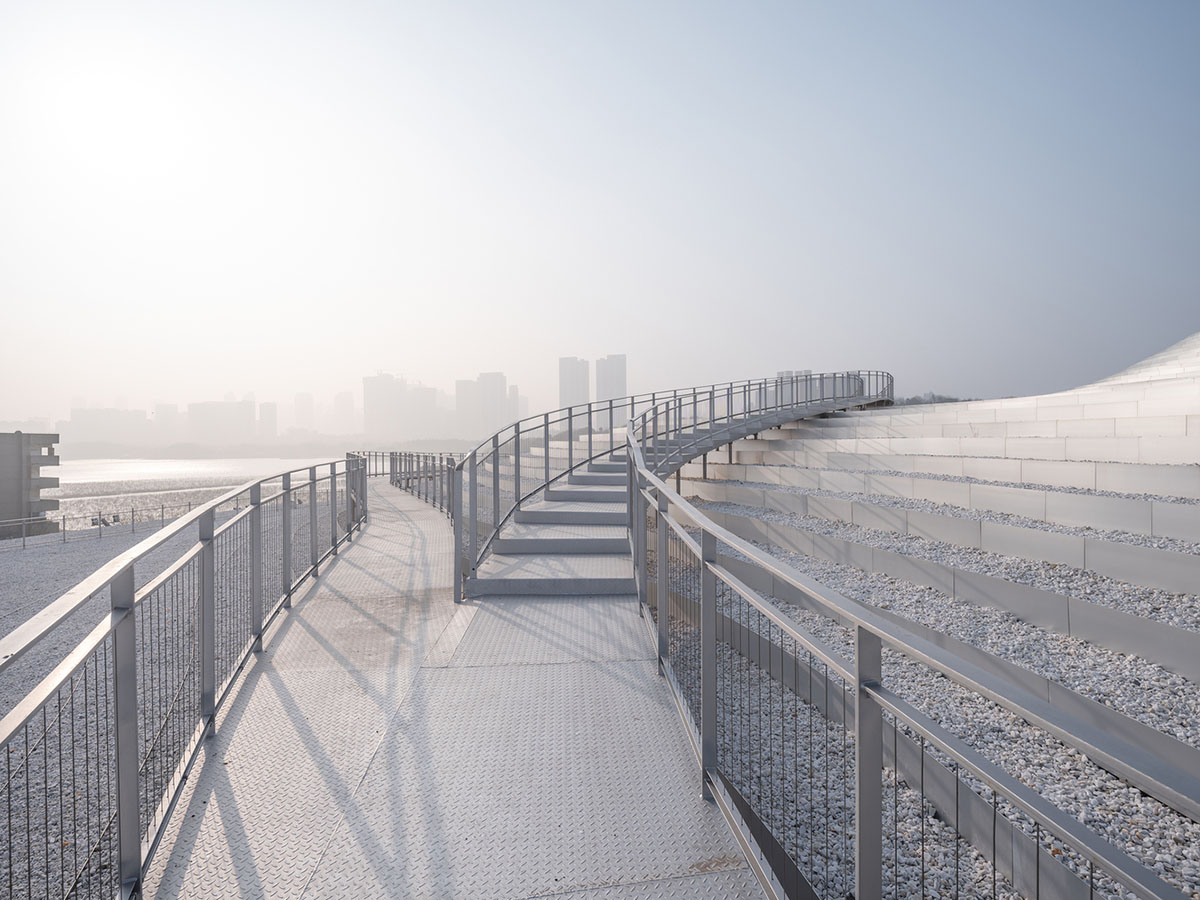 The pathways create a public space independent from the exhibition spaces of the museum defined in two layers for the whole structure. According to the studio, people's activities are part of the architectural surface.

"The intervention of art museum redefines the urban space on the south bank of the Moon Lake, and the west side of the museum is reserved for the city square to response the planned Wuhan library in the future," added the architects. 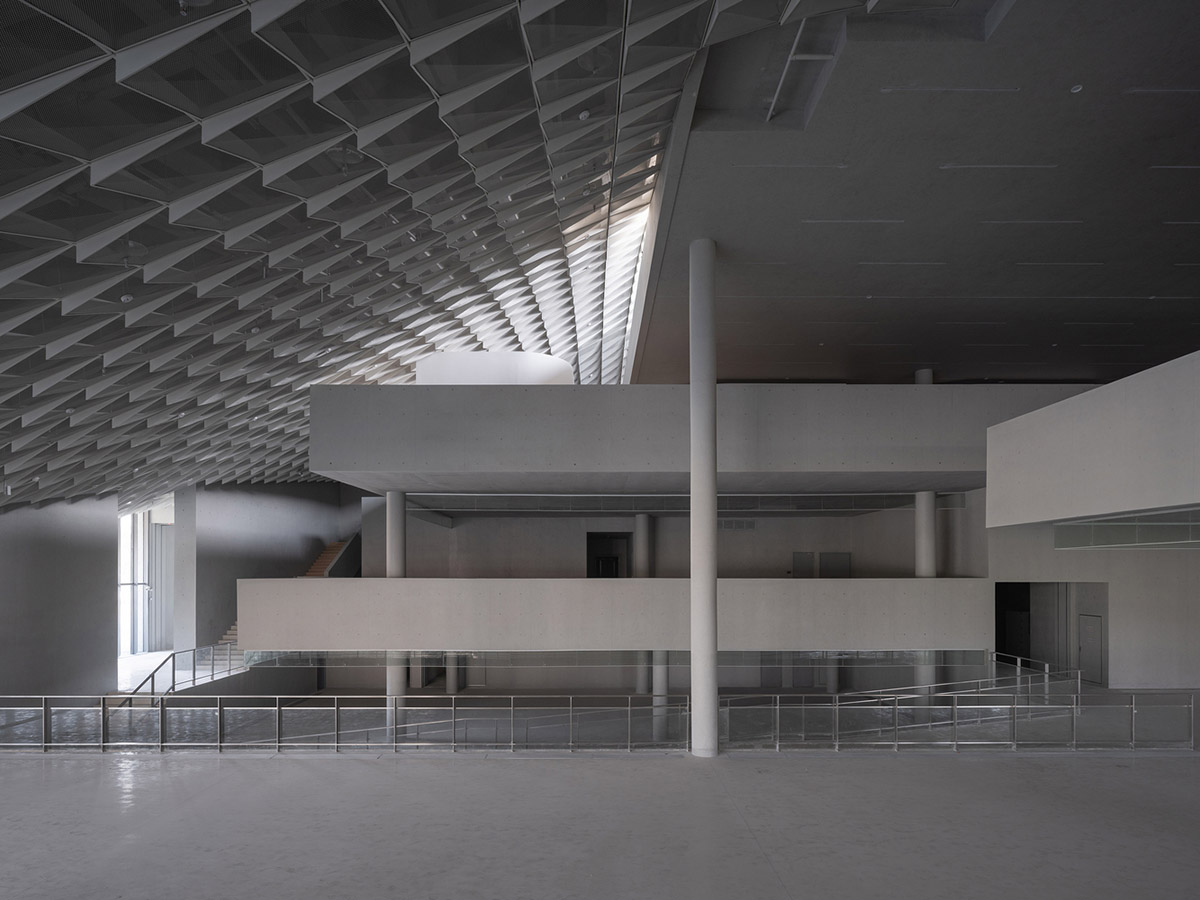 The space of public functions such as the main entrance and culture creative space are placed on this side with a slightly curved facade facing the square to create a sense of enclosure.

"Part of the museum is still accessible for the public after the closure of the museum, as open ramps link the square directly to the coffee shop on the second floor and the roof courtyard. This strengthens the museum's openness as well as its urbanity on the operational level," added the studio. 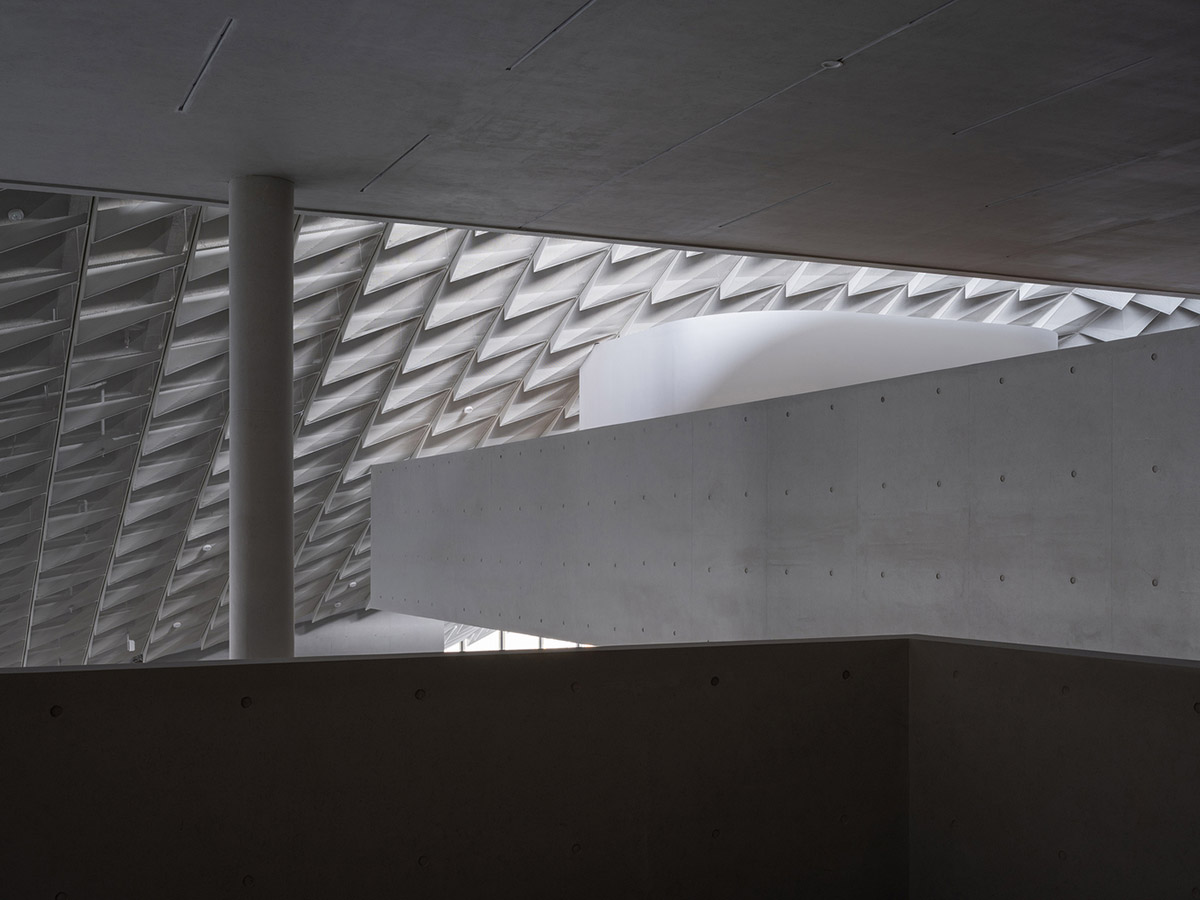 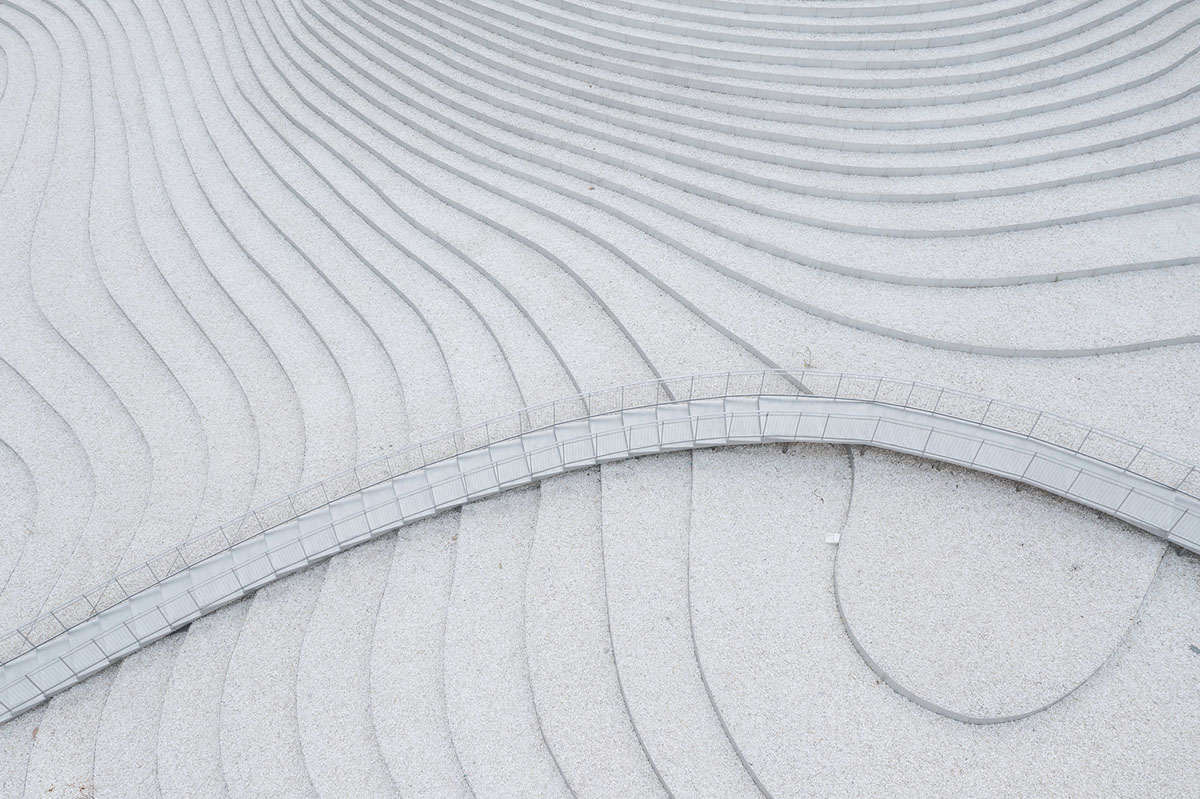 The exhibition wall acts both as an exhibition surface and functions as supporting structure of the undulating roof. 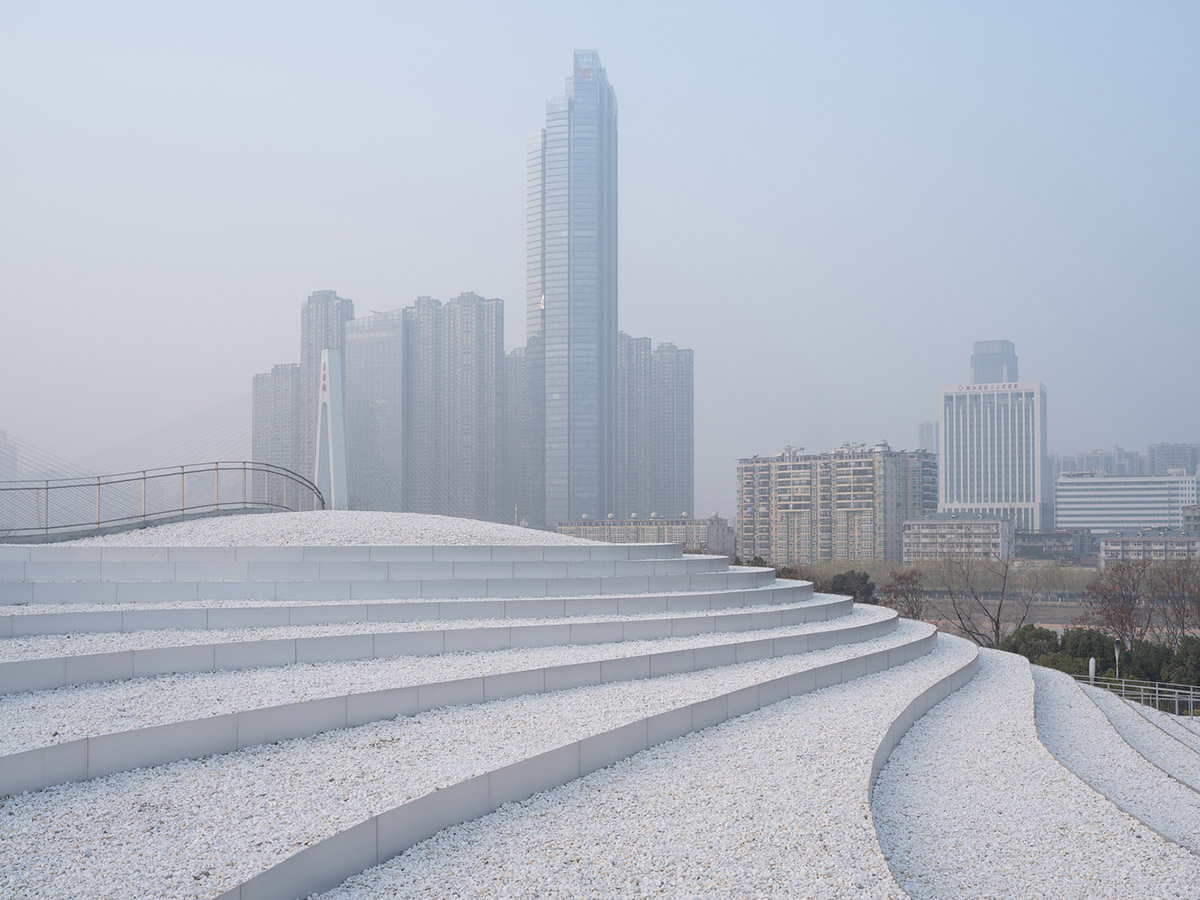 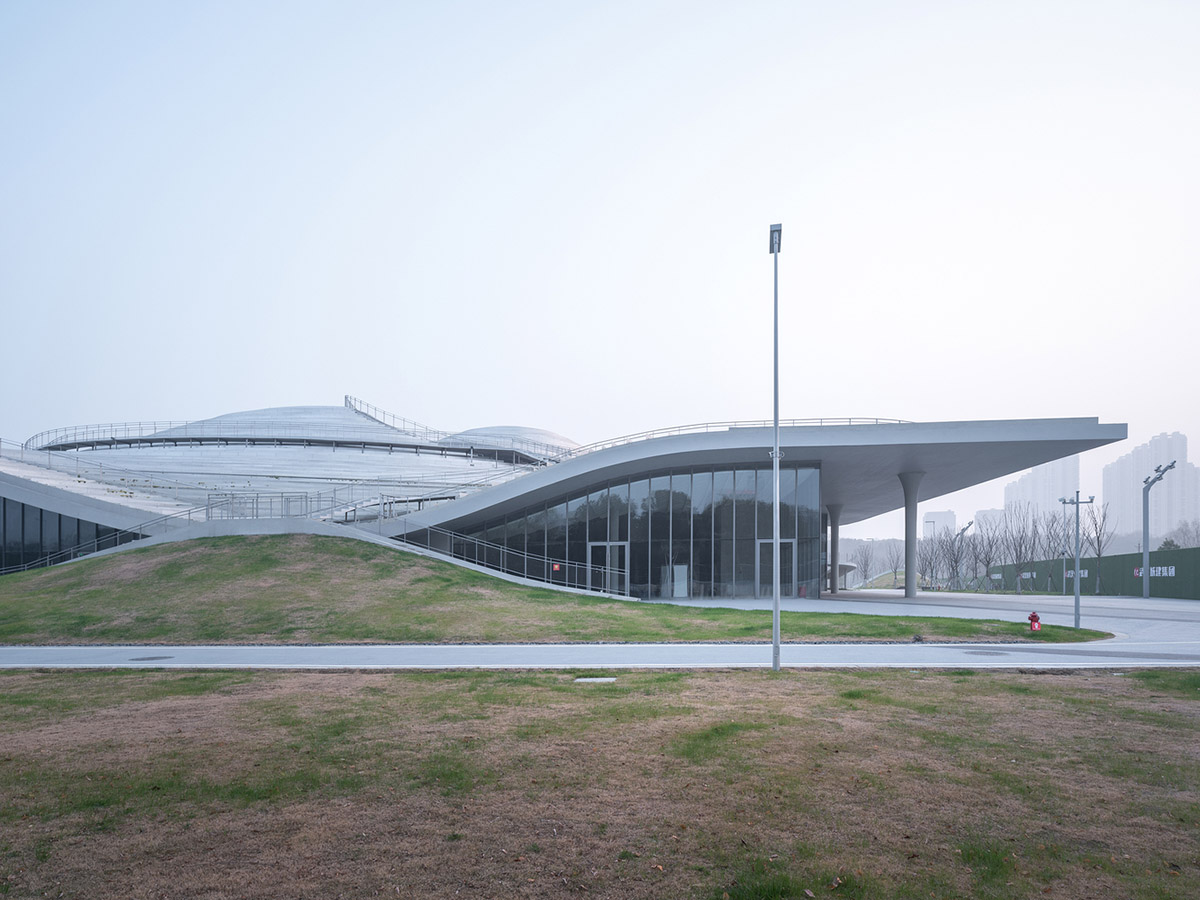 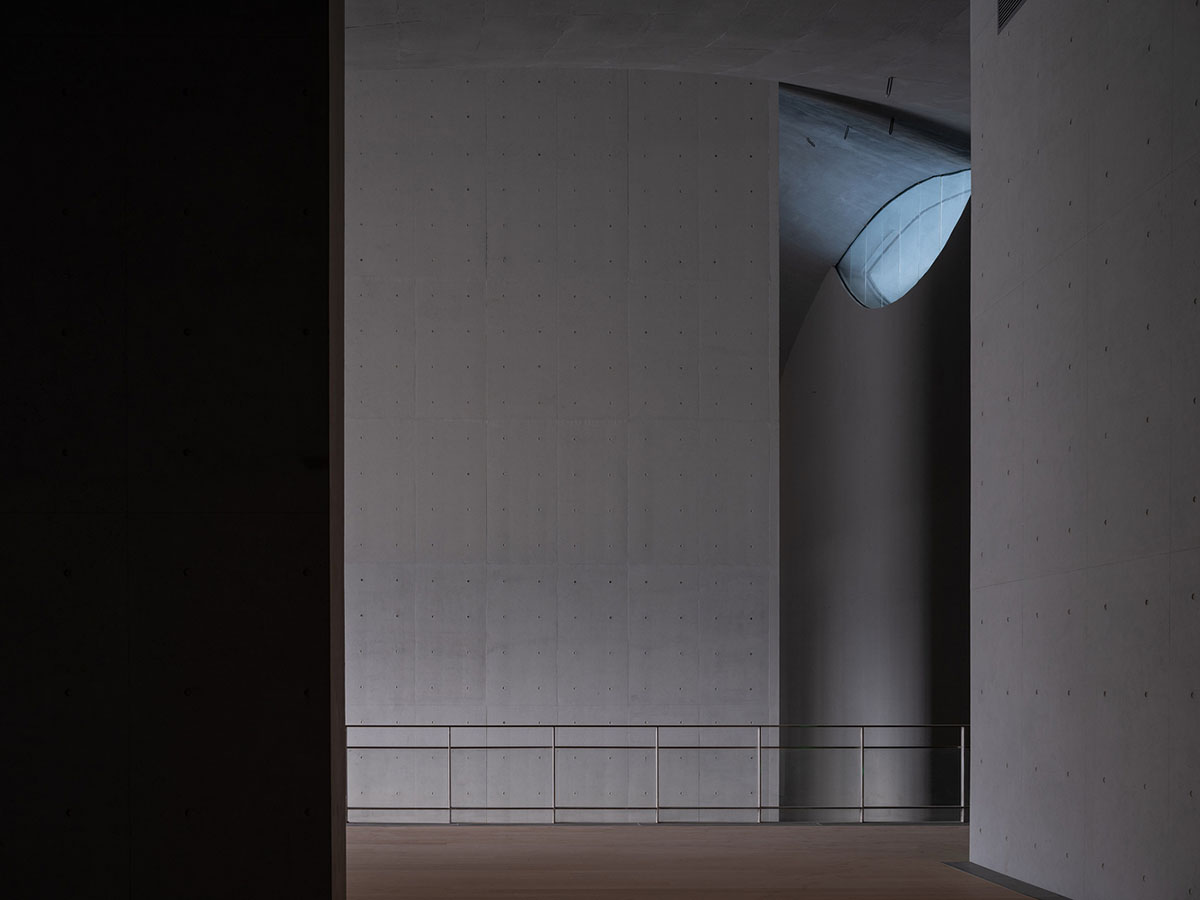 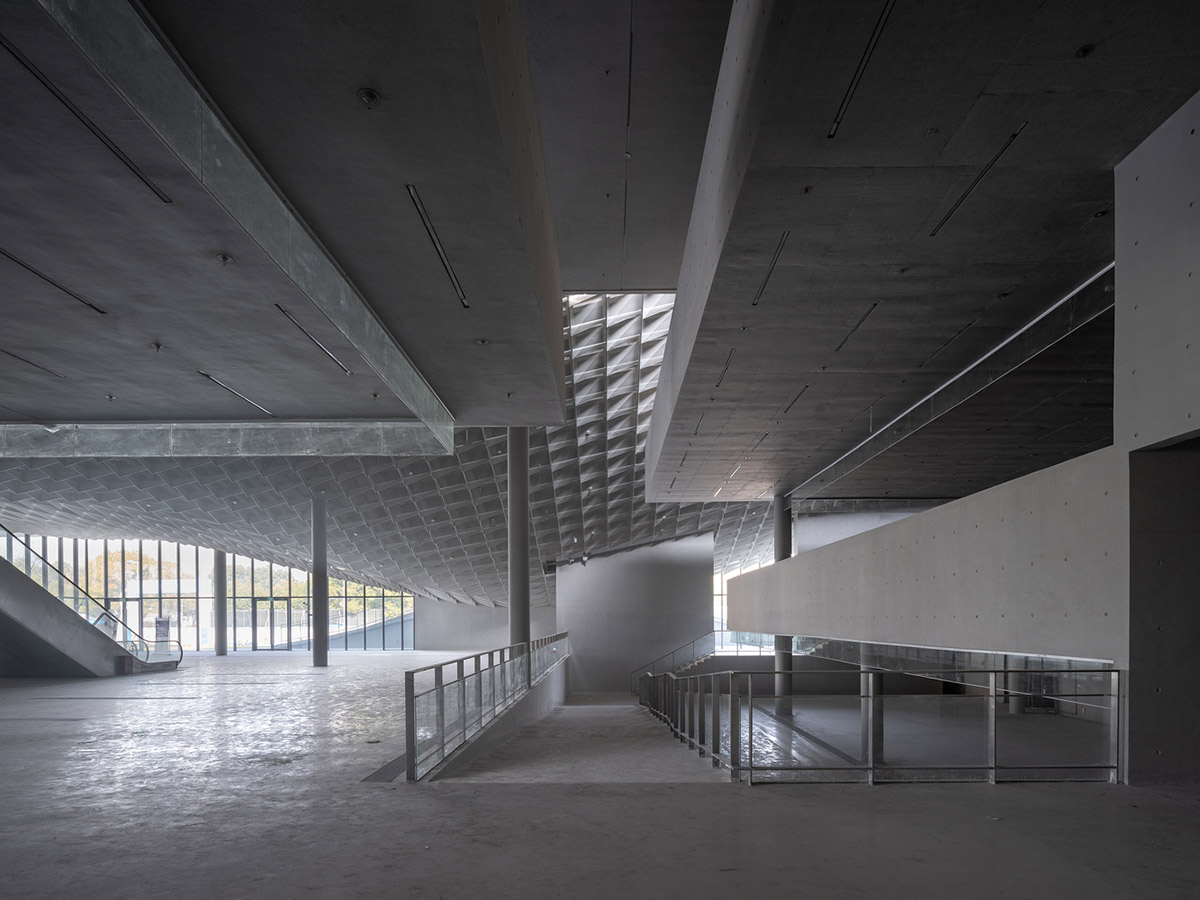 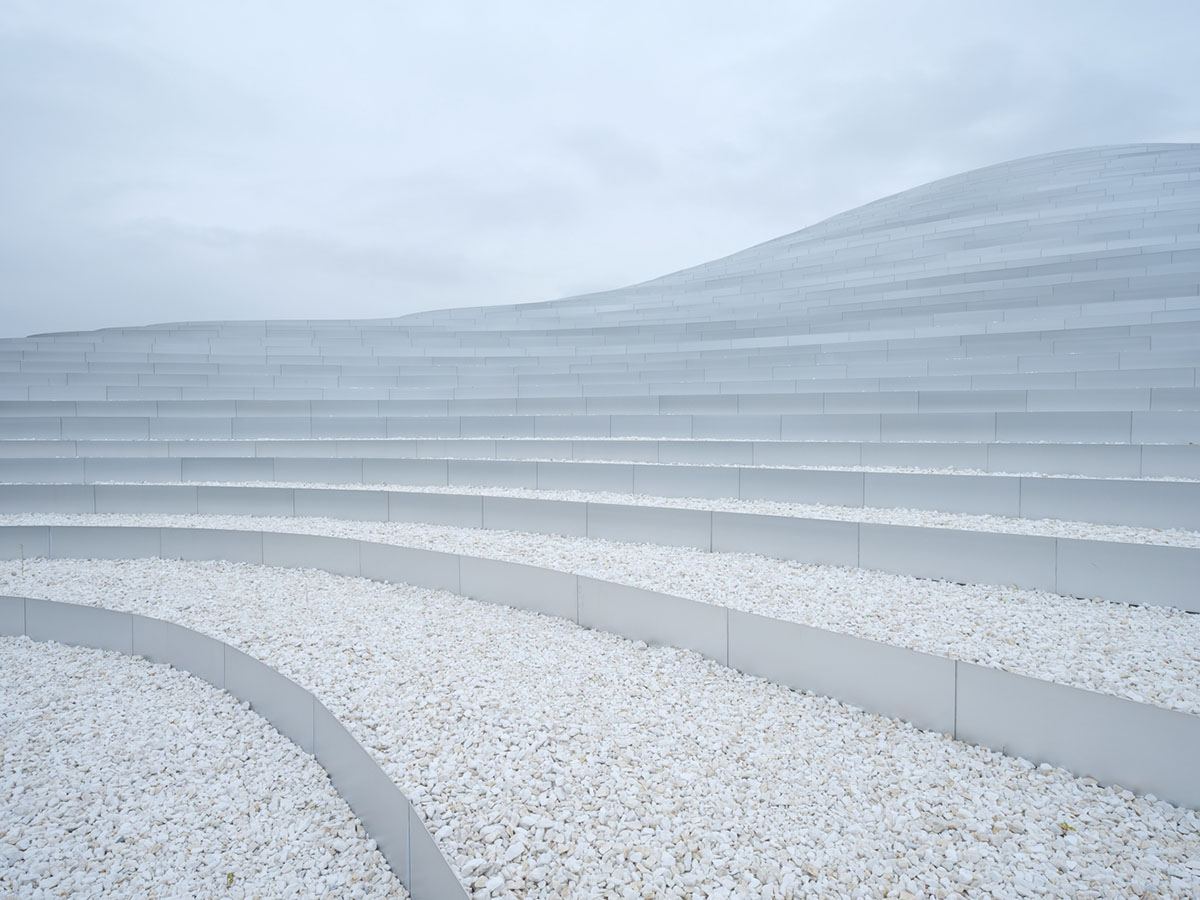 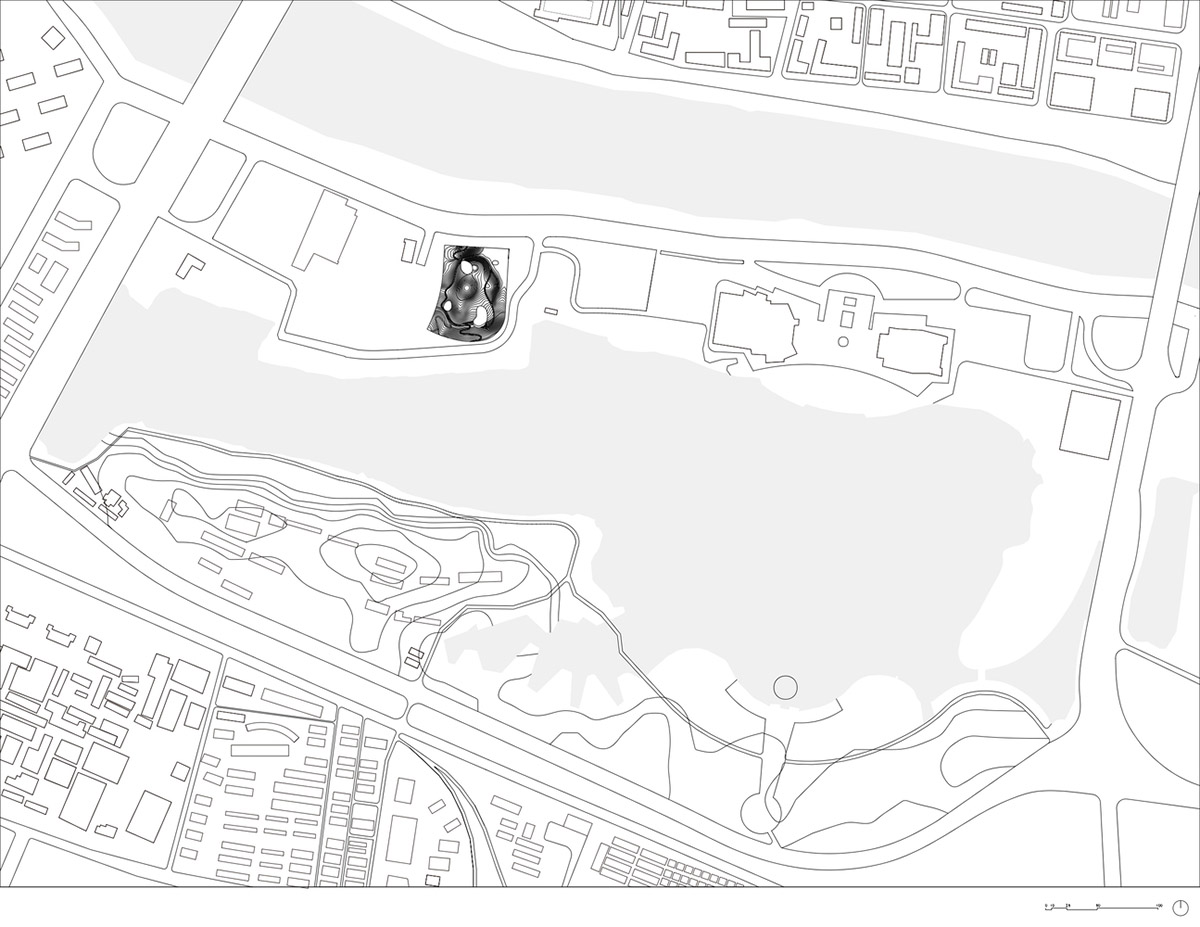 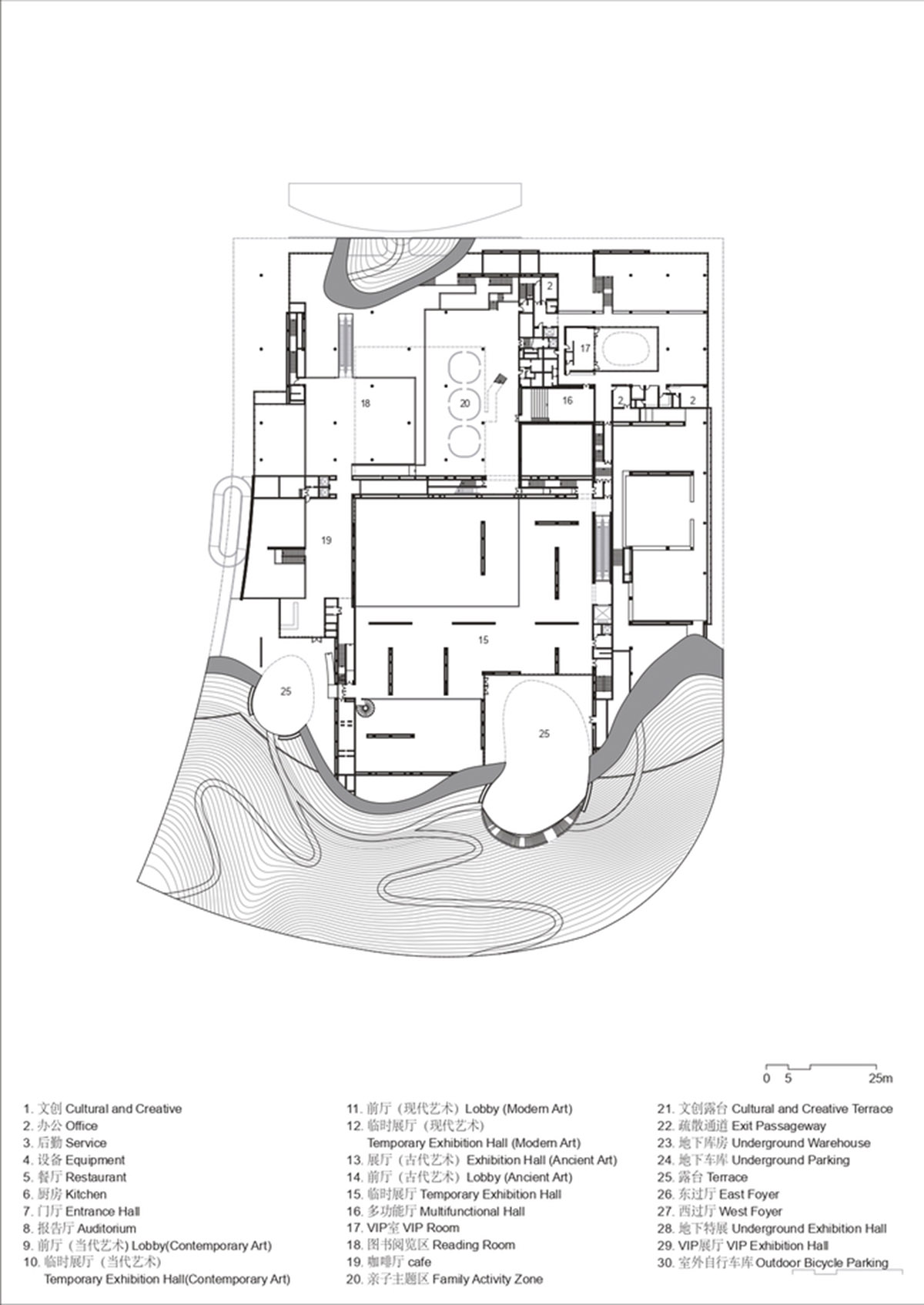 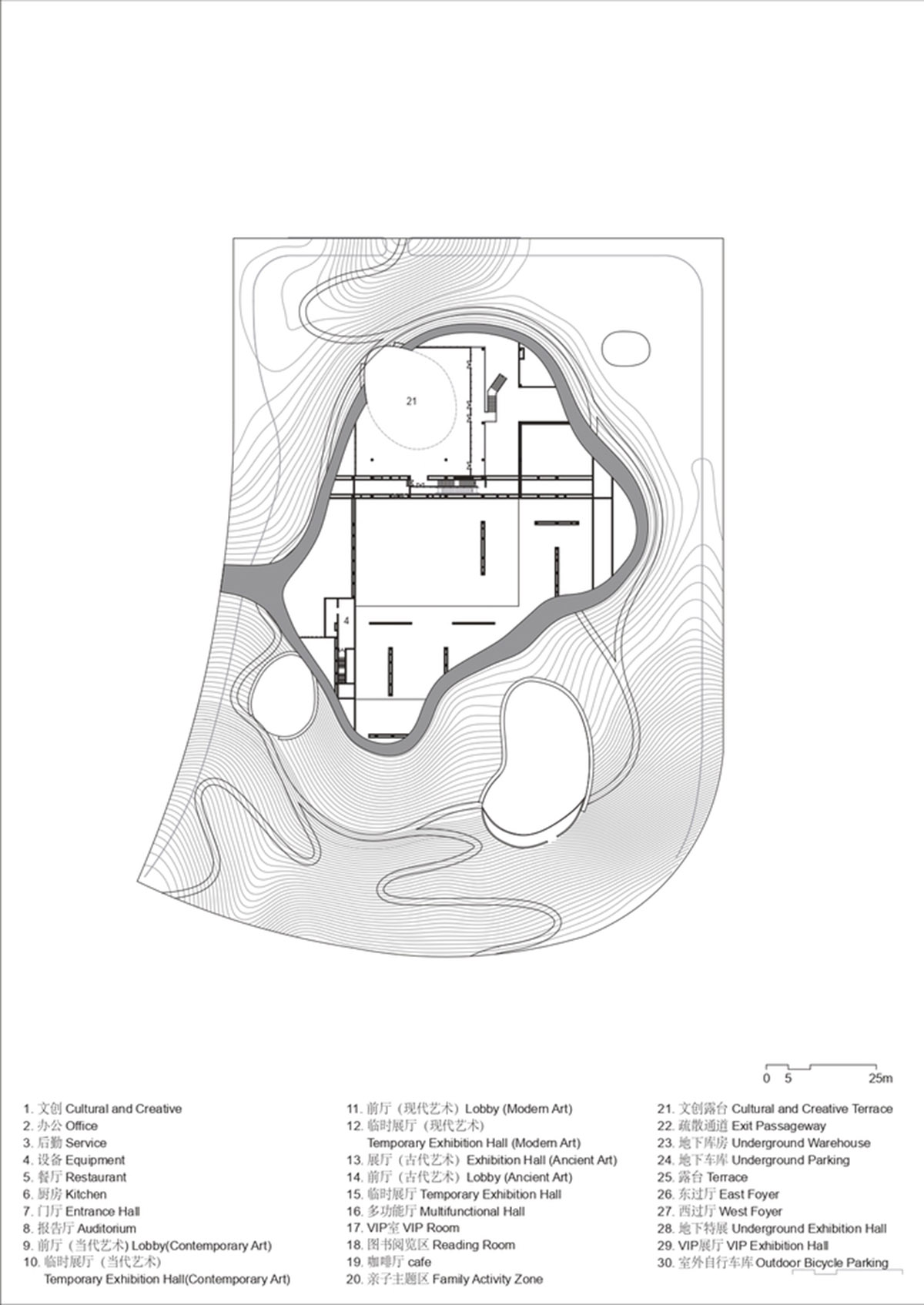 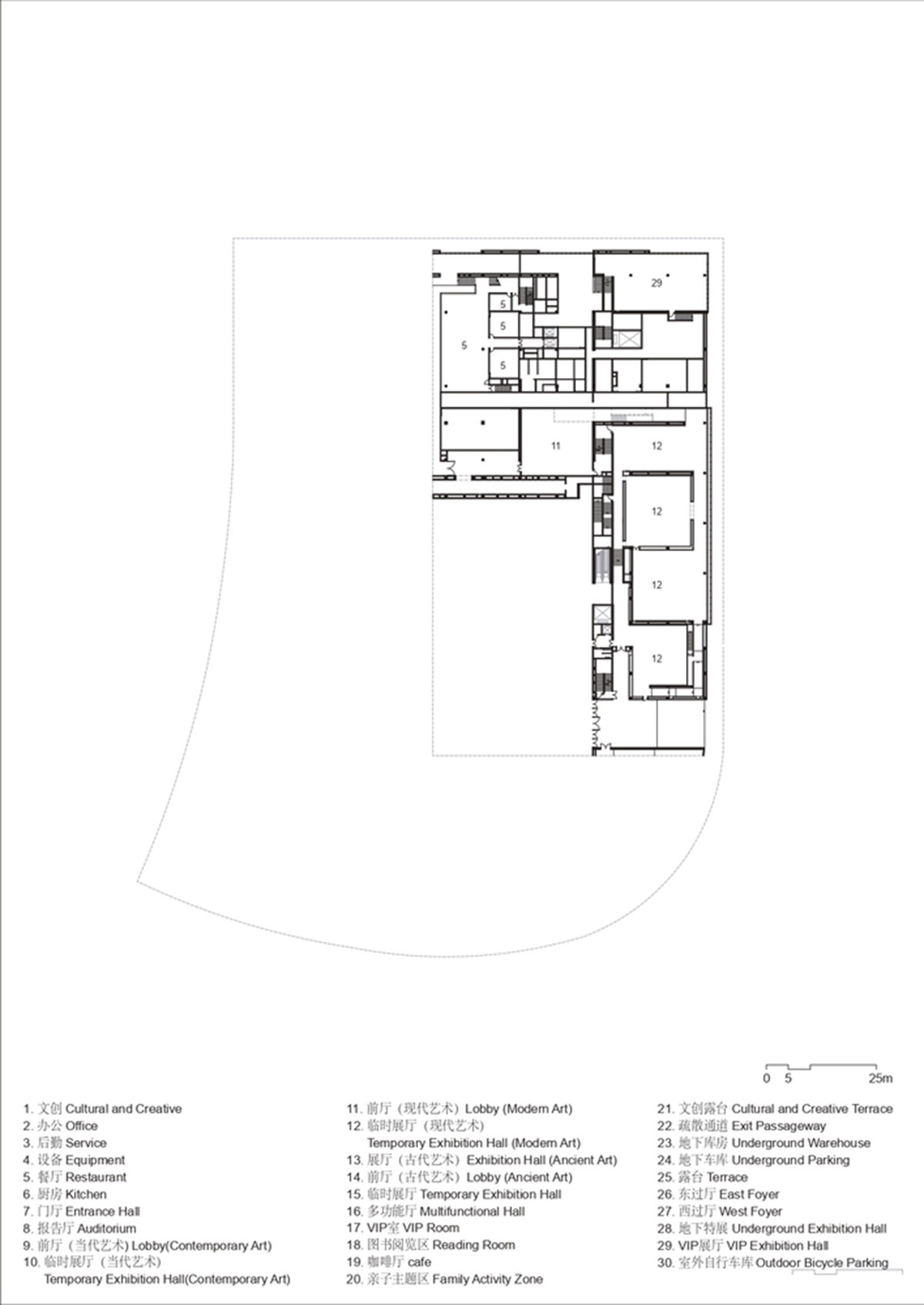 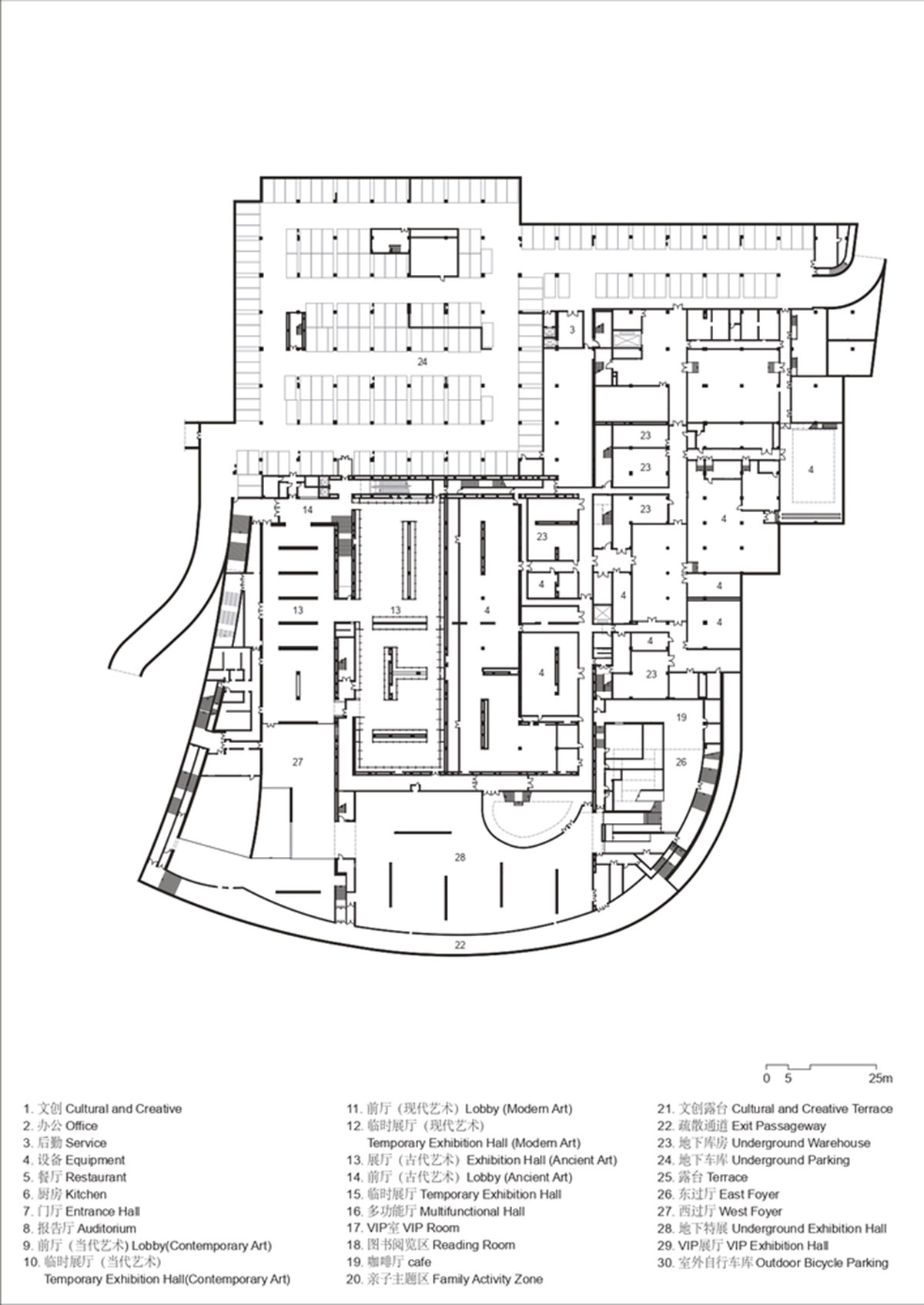 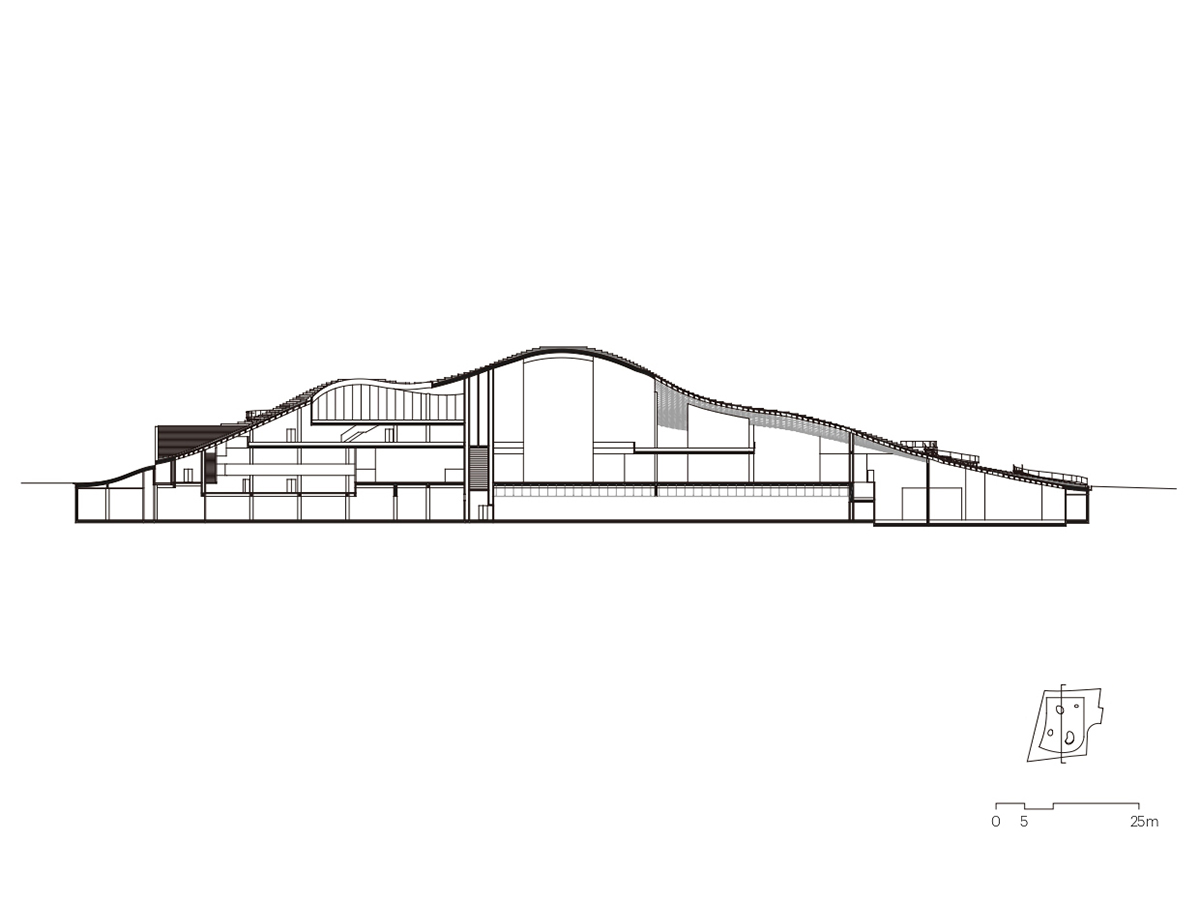 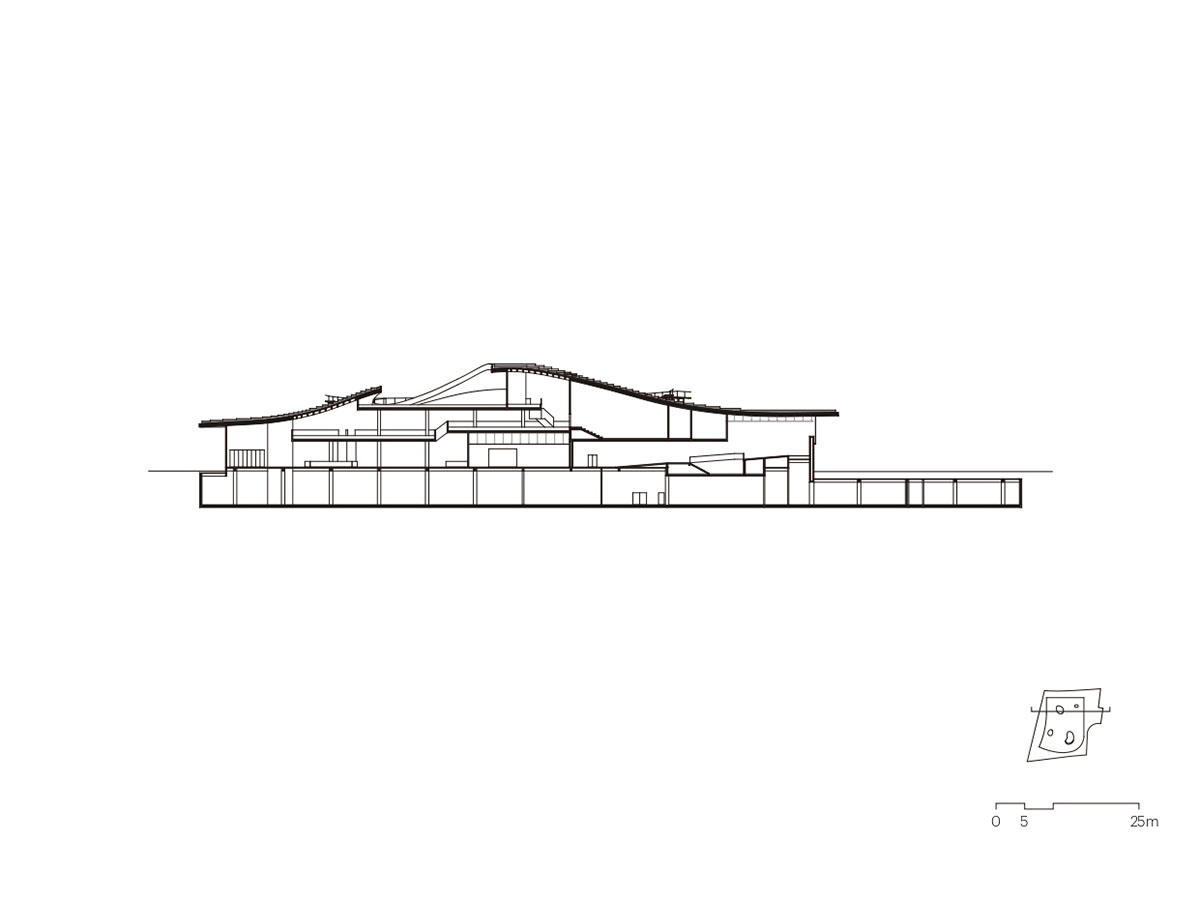 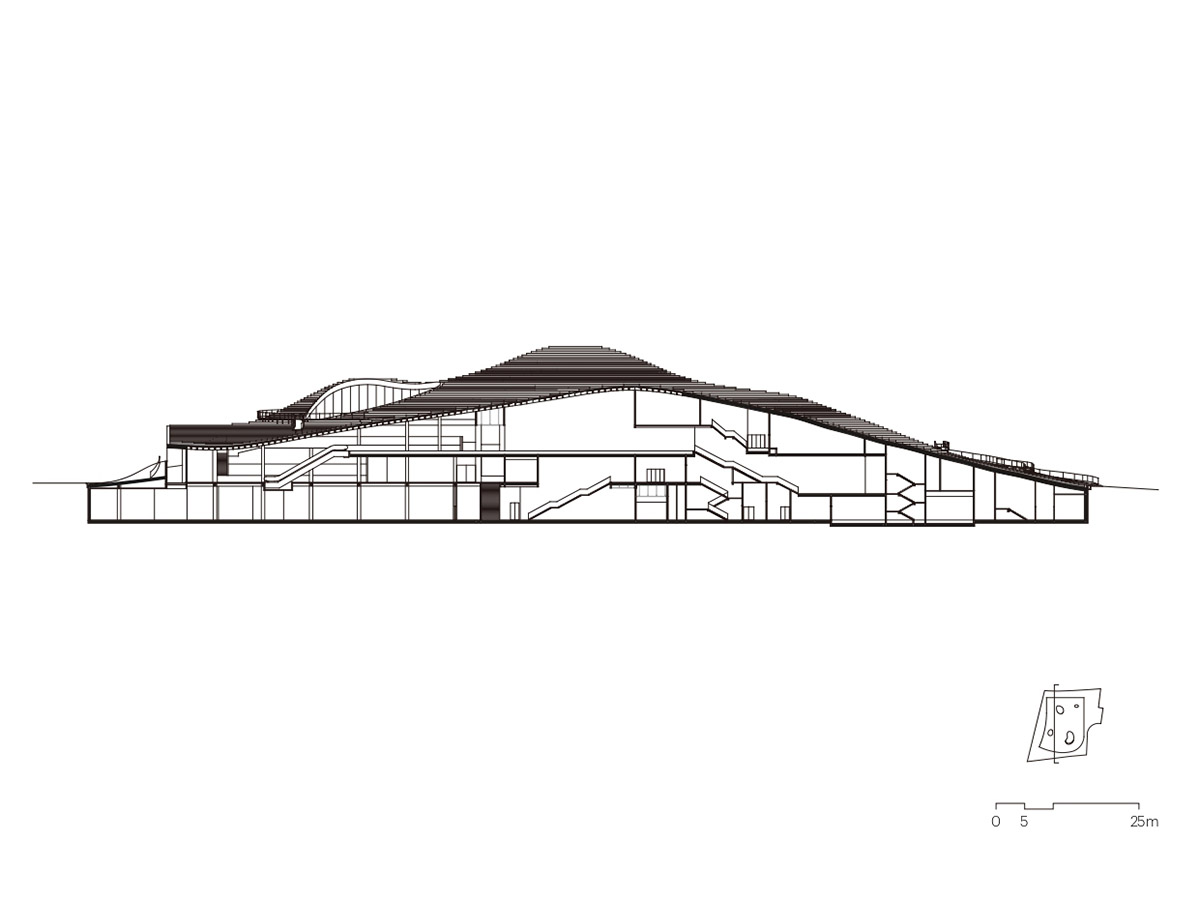 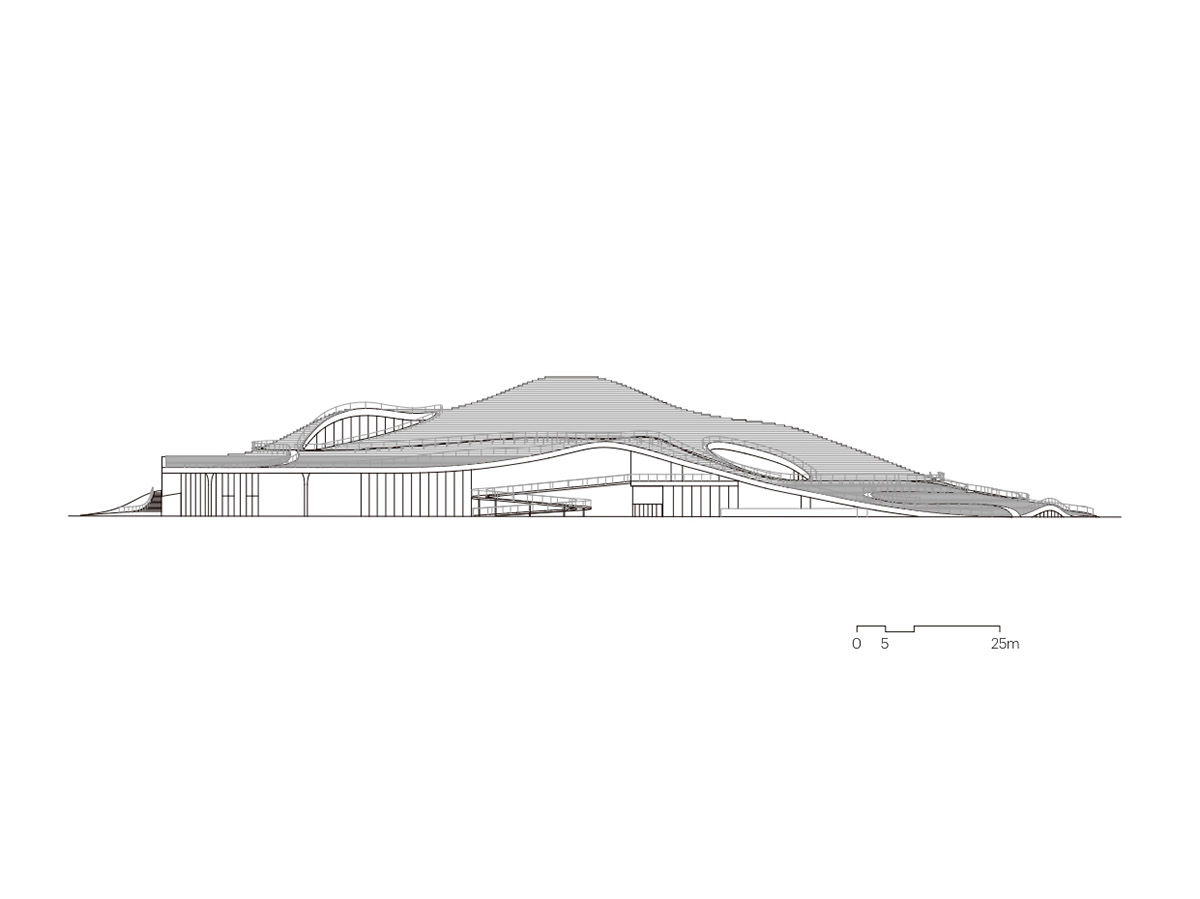 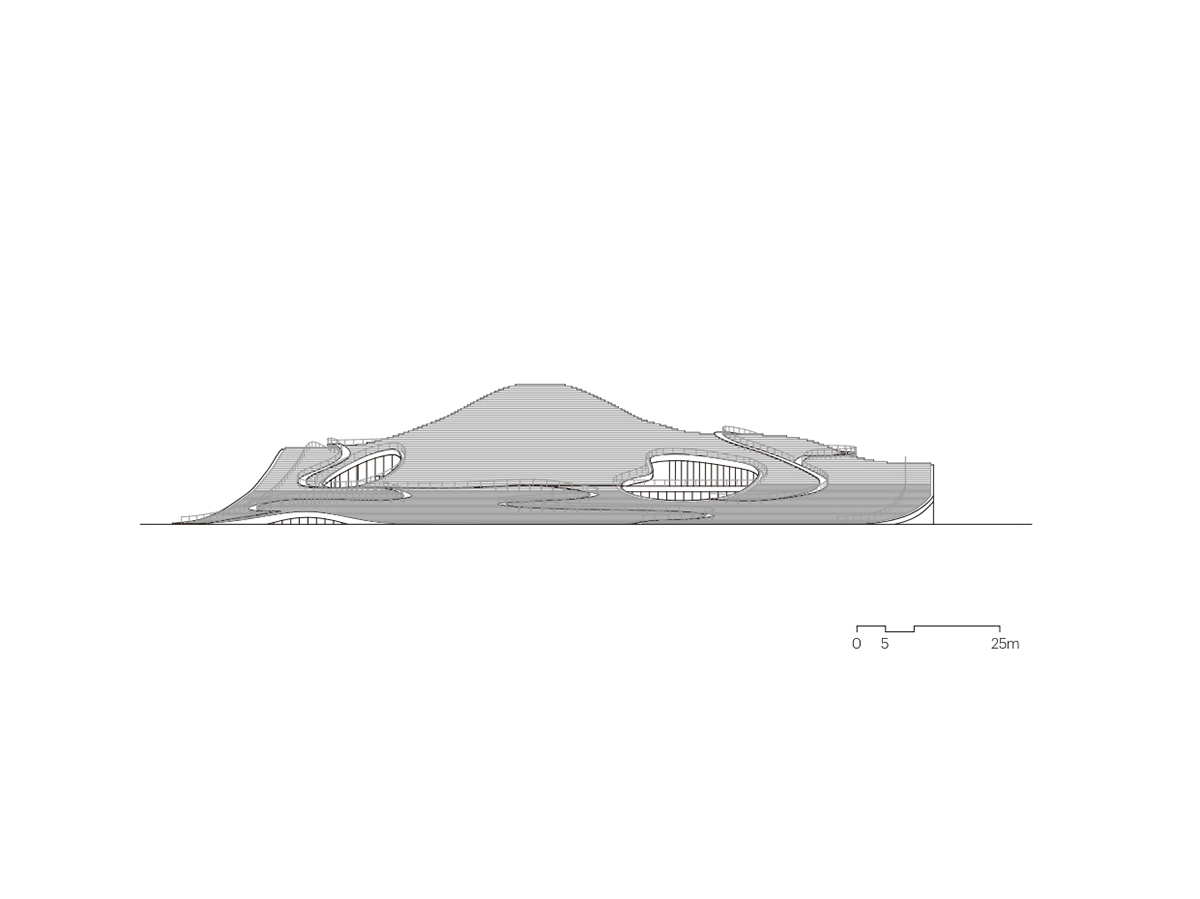 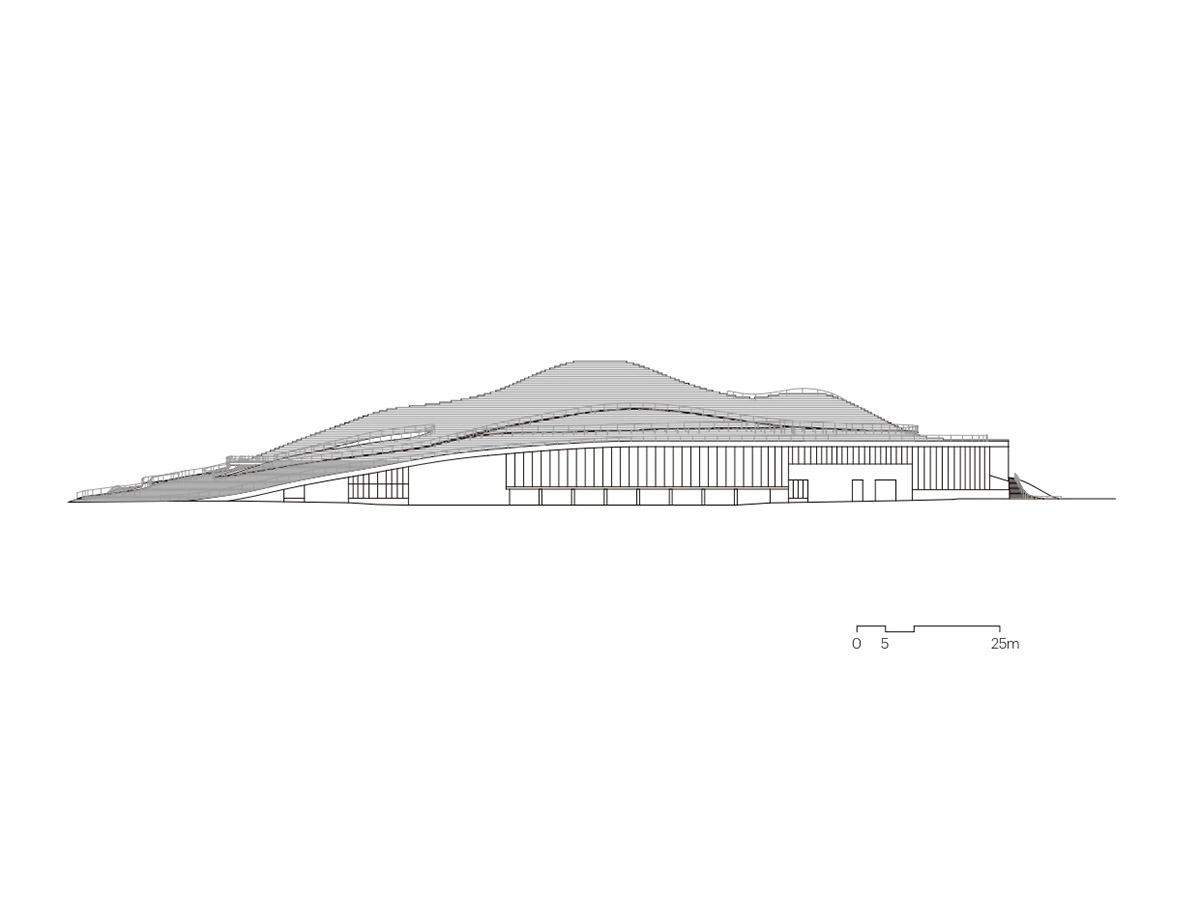 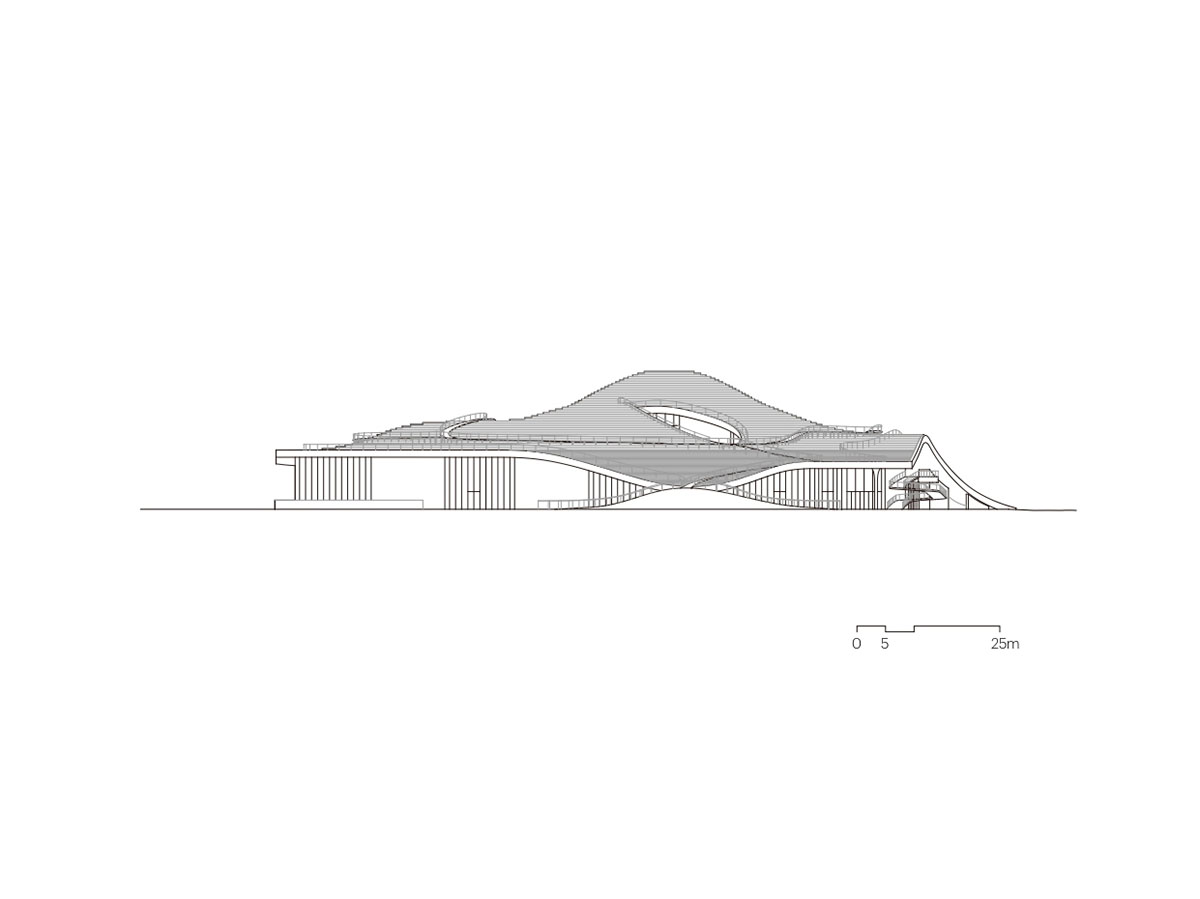 Atelier Deshaus was founded in Shanghai in 2001. The firm is led by current partners and principal architects Liu Yichun and Chen  Yifeng.

The studio's works seek to explore further integration of various elements including landscape, humanity, functionality, until the space and form appear in a tangible way.