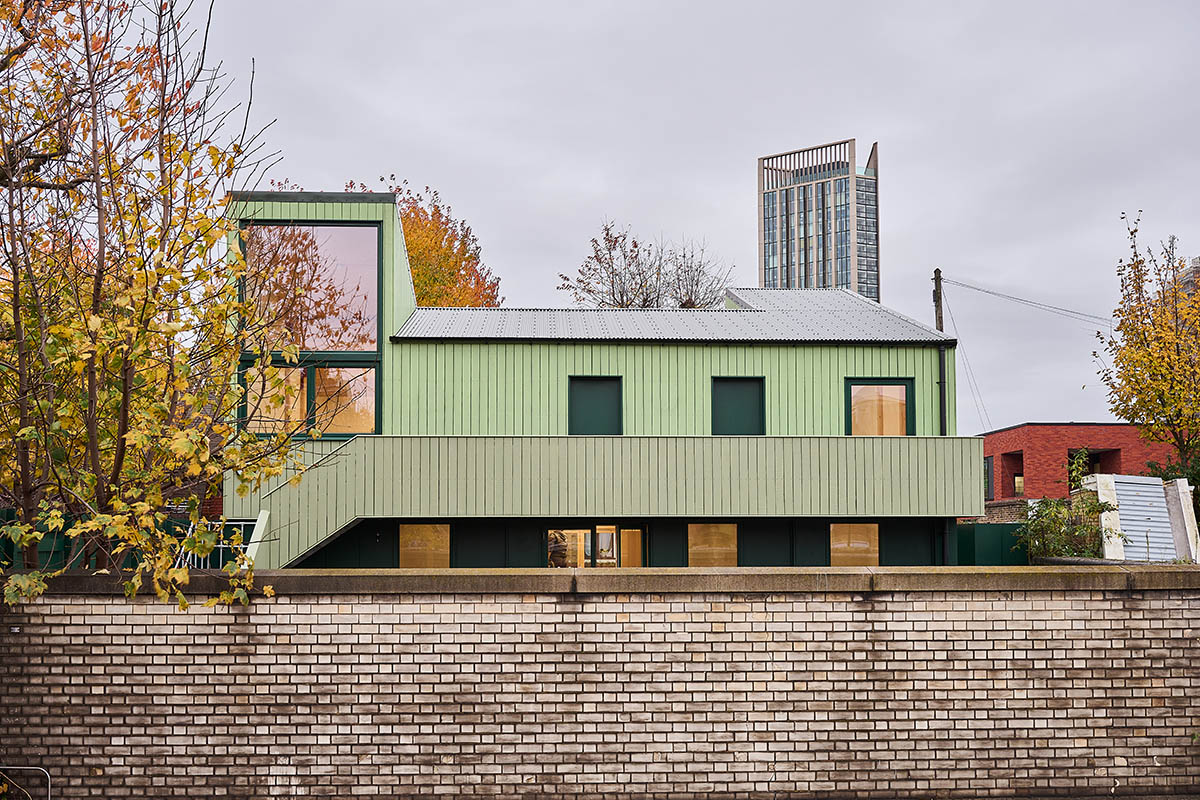 The project, named The Hithe, was developed as a new, low-cost, demountable business incubator space in Rotherhithe, which was commissioned by the Southwark Council.

Created for a pioneering social enterprise Meanwhile Space CIC, bringing temporarily unused spaces to life as a productive program, the studio was commissioned to convert a redundant site of London into a productive use with The Hithe office building.

The 200-square-metre building provides 12 units of workspace and the largest space is occupied by Meanwhile Space. Envisioned entirely as a demountable building, the building was created with a tight budget.

The structure was completed in collaboration with engineer Elliott Wood and fabricator Weber Industries to be fully demountable and relocatable to any other place, ensuring long-term use.

The Hithe is IF_DO’s second project developed with Meanwhile Space, following the success of Granby Space, a 350-square-metre short-term refurbishment on Lower Marsh, Waterloo, which has closed after five years. 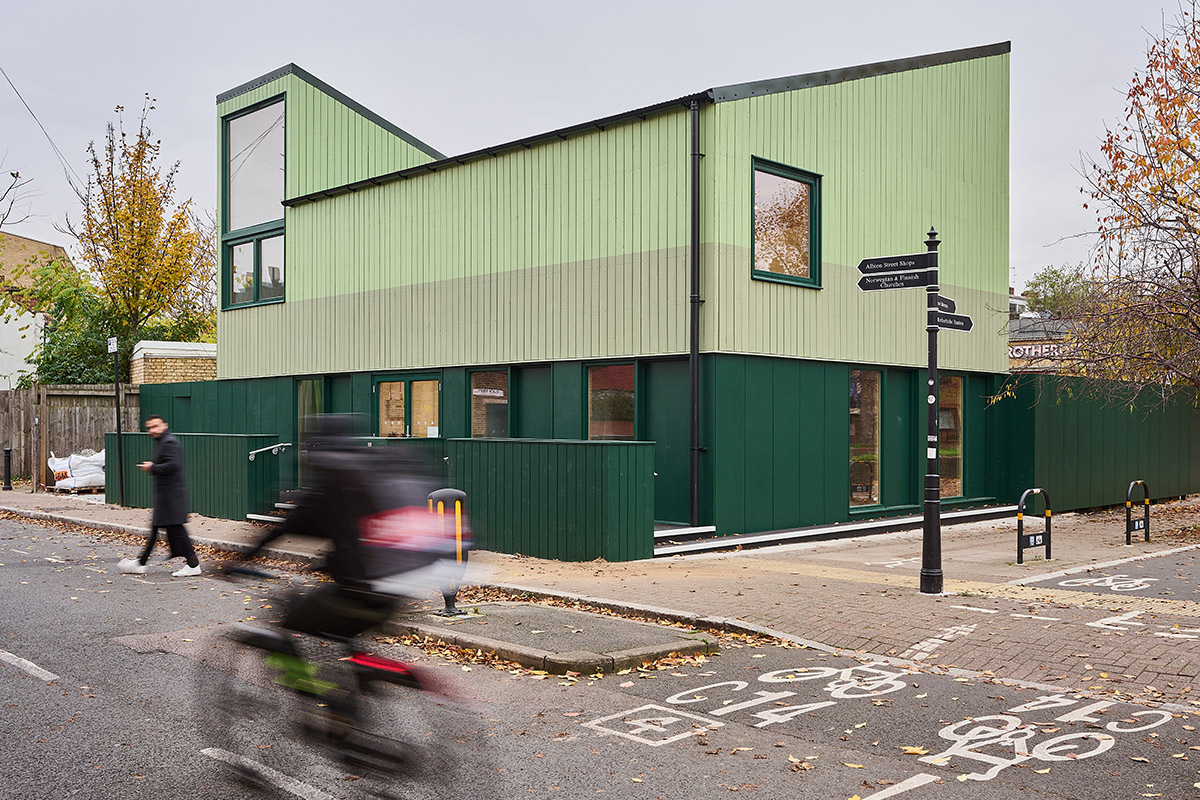 IF_DO describes The Hithe as "a new piece of social infrastructure" for Rotherhithe, which will become a community hub in a neighbourhood undergoing rapid change.

The Hithe gets its name from Old English, which "describes a landing place or small port for ships and boats, making reference to the nautical history of the area fronting onto the Thames."

According to the architects, the building’s role will foster nascent entrepreneurs and the creative community. 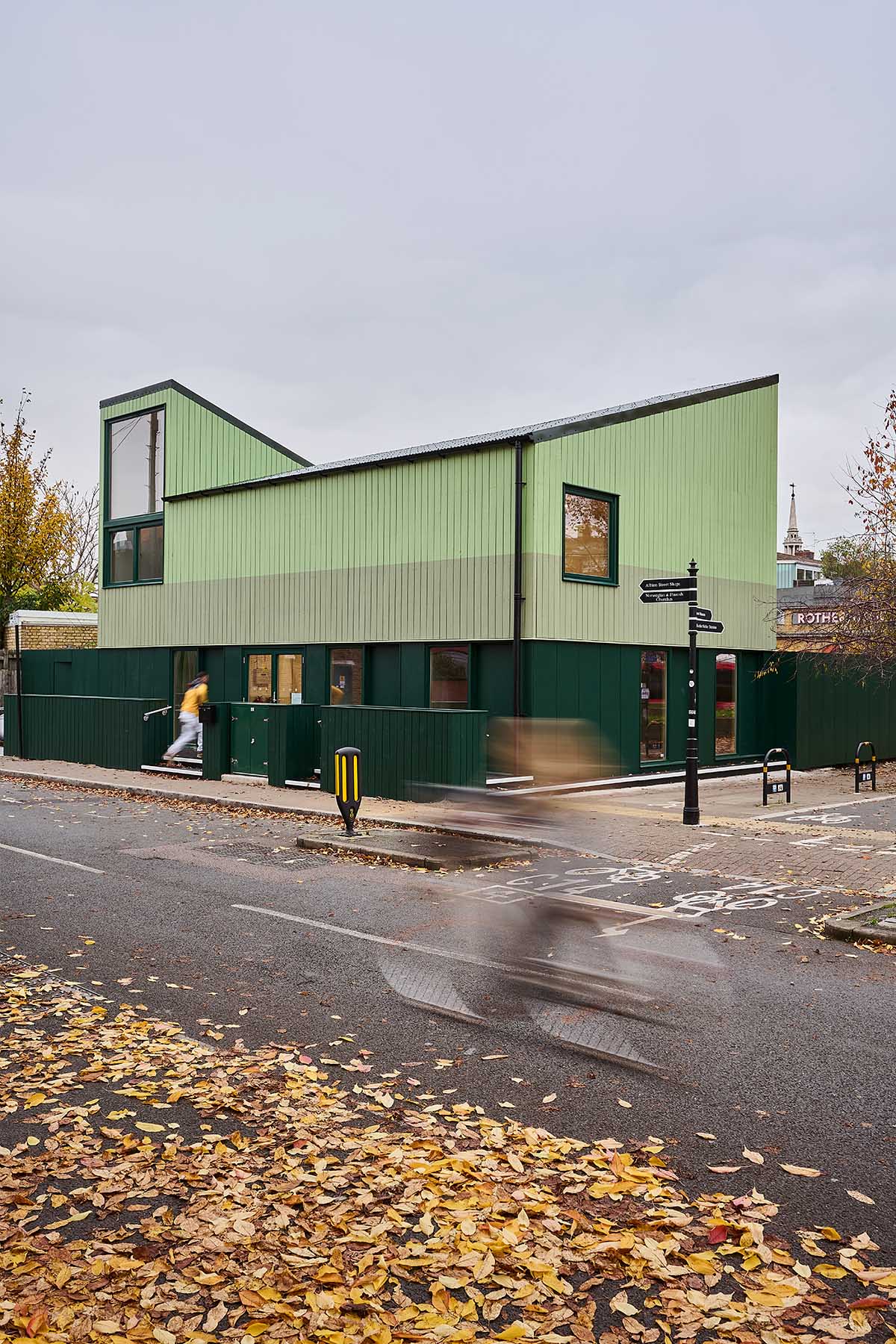 The building is located on Albion Street, within the wider Rotherhithe masterplan area. The project site was identified by Southwark Council for meanwhile use of up to 11 years while the council develops plans for the area.

"One of the key desires from the community was that the building shouldn’t look temporary. They did not want it to feel like another construction site, so shipping containers and temporary site offices were ruled out at the outset," said Thomas Bryans, Director, IF_DO.

"Designing a decade-long meanwhile building of a high architectural standard, to be delivered on a very tight budget, was always going to be challenging, but we added to that the ambition to make it demountable and reusable."

"We had been having conversations with Meanwhile Space for a while about the potential of relocatable micro-work units, and The Hithe was the perfect opportunity to start testing some of those ideas."

"The need for affordable workspace and the availability of vacant lots for temporary usage is a reality in many places, and especially so in London, so it’s a model which we expect to be replicated quite widely," added Bryans. 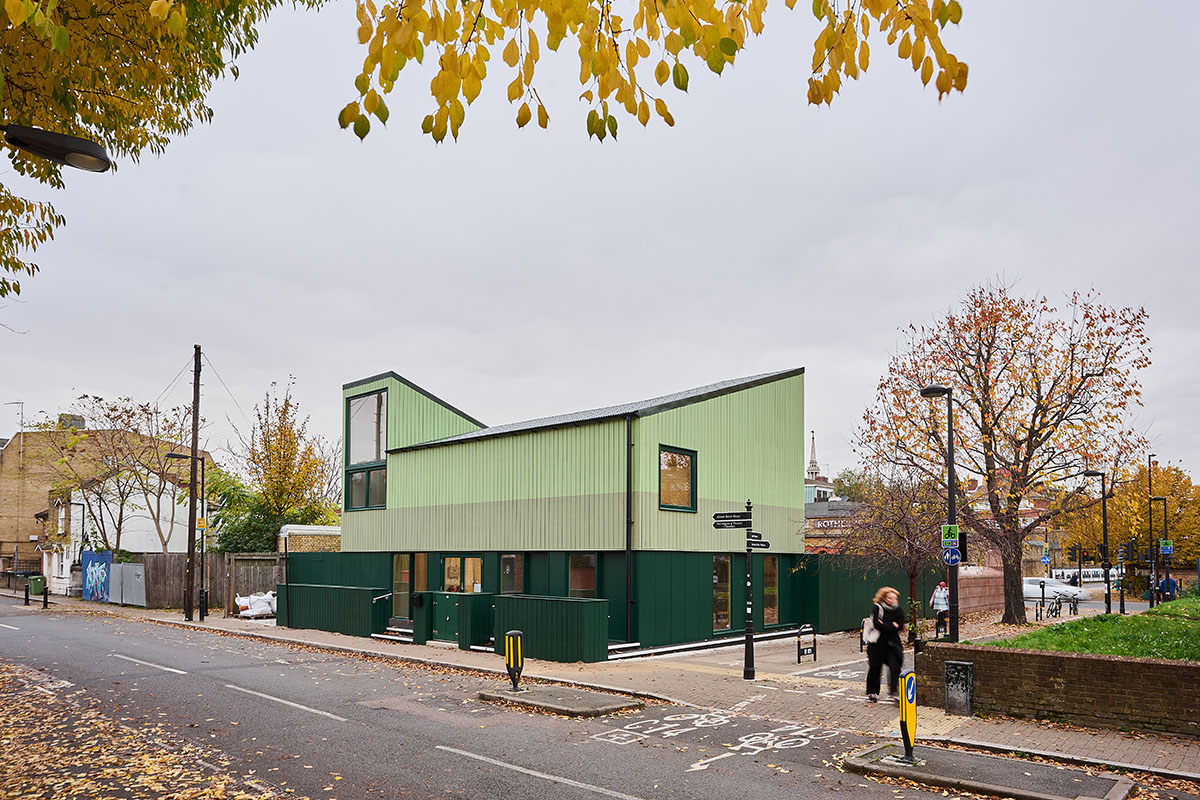 To build and relocate easily, the building was built from an efficient lightweight steel and timber frame. All timber-framed panels were produced bespoke solutions. The team implemented prefabricated components and structural insulated panels (SIP) and built onto the site’s existing foundations, largely eliminating the need for any new concrete on the project.

In the spaces inside, timber structures and services are left exposed. 10 micro-studios are designed around a ground floor central gathering space which is connected to the kitchen and yard to the north of the site. This yard later will be transformed into a planted outdoor social space. 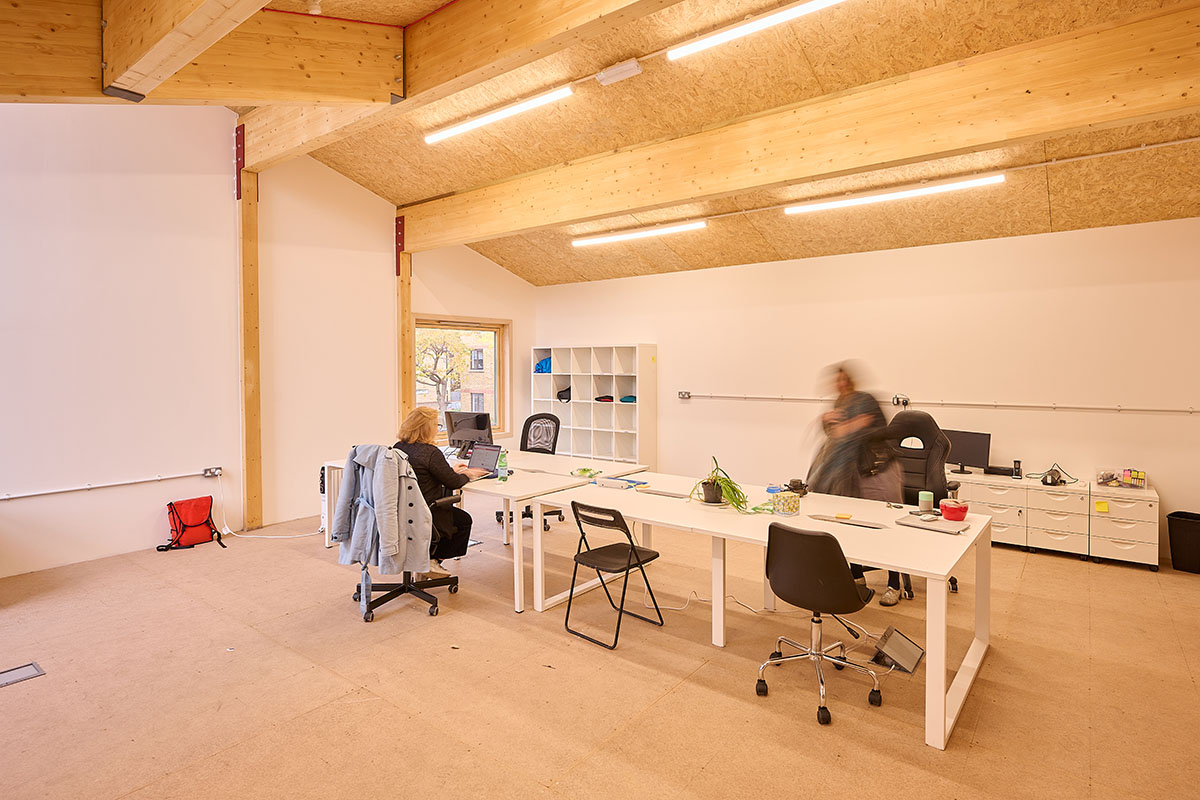 The studio designs two larger workspaces on the first floor. All units are accessed externally, reducing the requirement for built circulation space.

"We needed a few things fulfilled in this brief. The building needed to be up and operating quickly, look good and fit locally, have a light footprint and importantly, have a second, third and maybe fourth life. Shipping containers have been the go-to option, but aesthetically the wrong choice; they also lose a lot of structural integrity once cut into for glazing and joining," said Eddie Bridgeman, Executive Director, Meanwhile Space CIC.

"To re-use the building again and again, maintain a quality structure and look that could be tweaked for different locations, we needed an alternative. IF_DO and Weber have really delivered us something that will recycle our investment and provide us with a product that we can use repeatedly on different meanwhile sites," Bridgeman added. 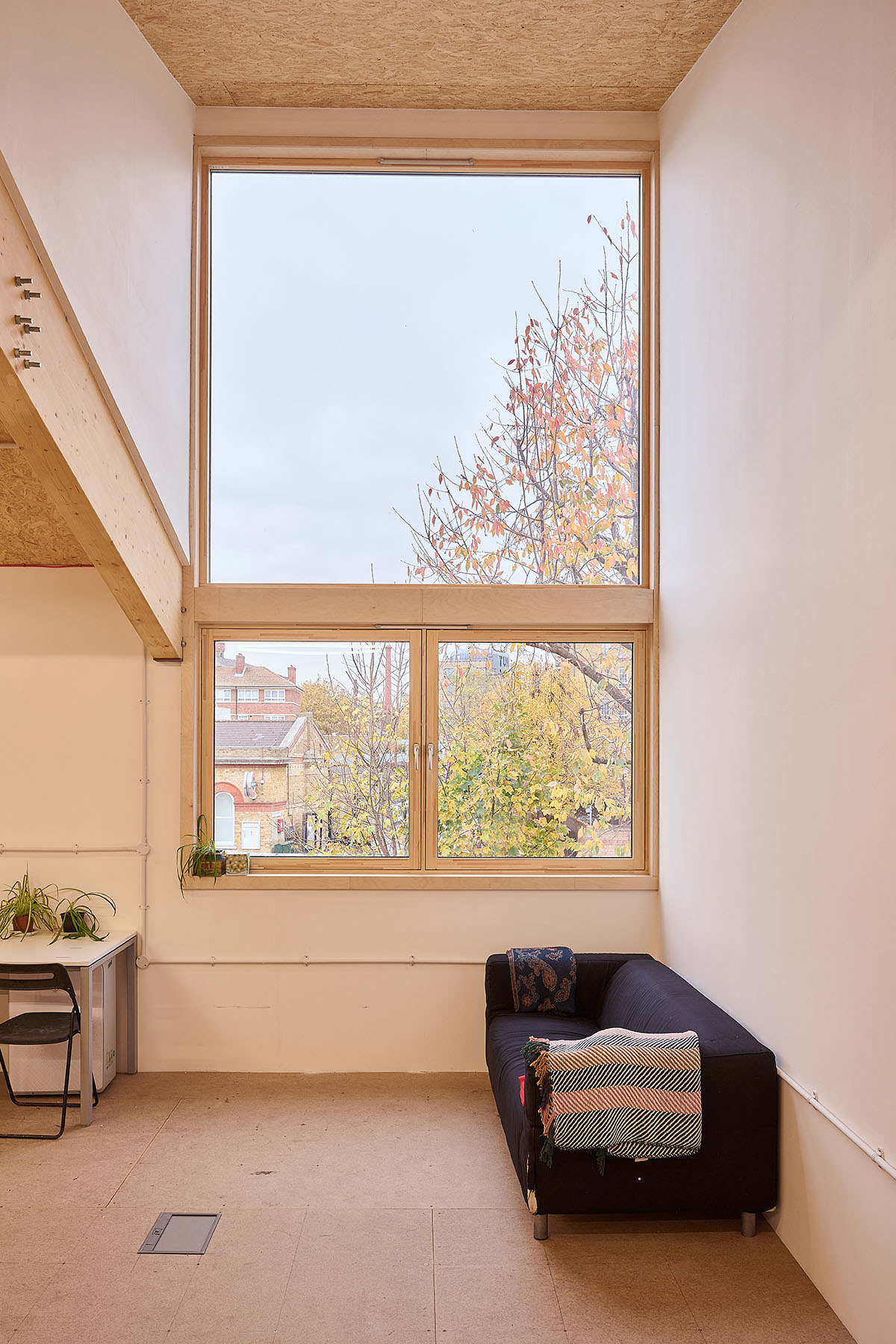 As the team emphasized, The Hithe acts as a hinge between the existing community and the new developments around it, aiming to connect new and existing residents as the area goes through significant change.

Thanks to its double-height glazed lanterns on the north and south elevations, they create a landmark within the streetscape, with the aim of increasing footfall to other businesses along Albion Street. 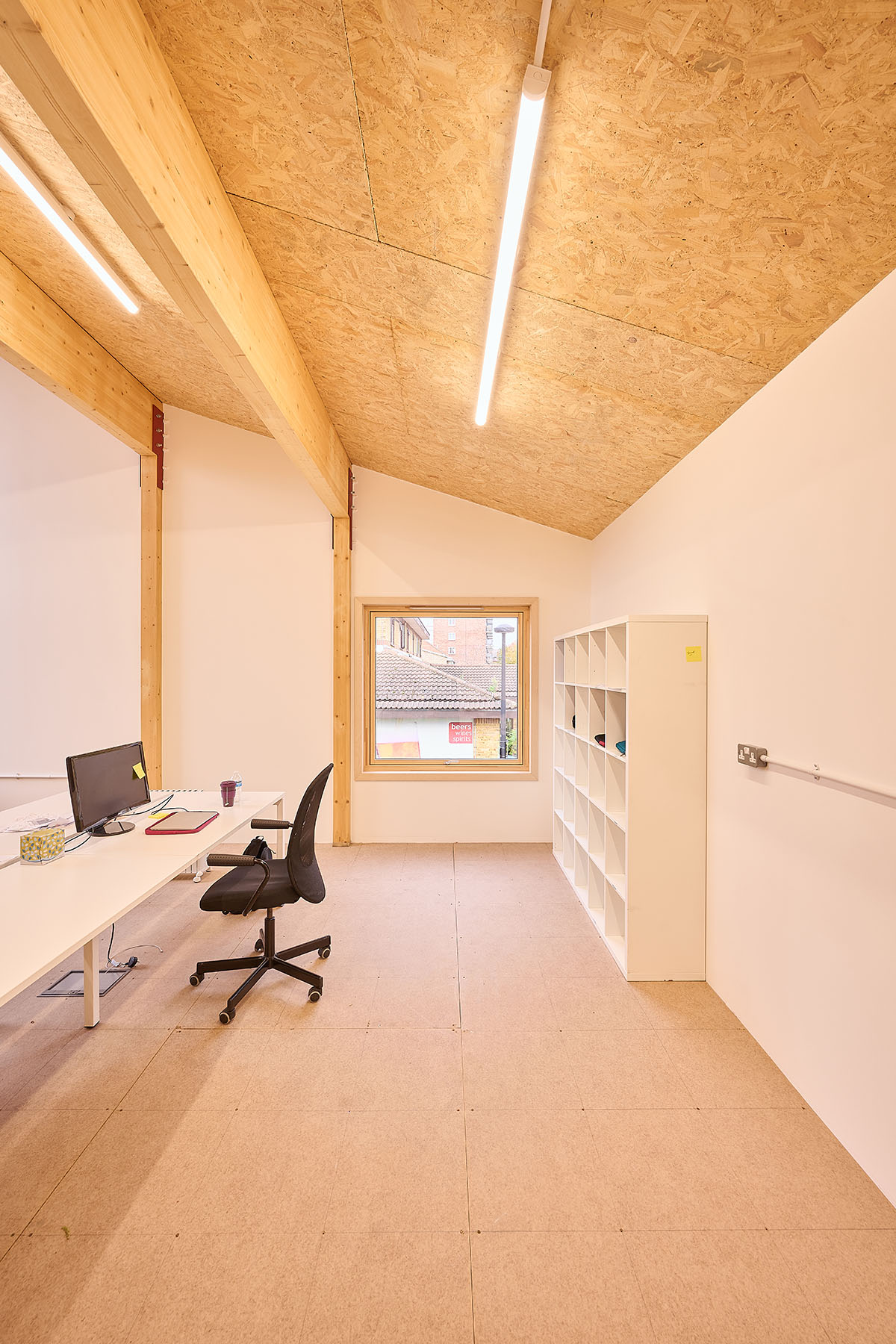 The Hithe becomes an example of how the construction industry can utilise the principles of circular economy aiming to reduce its carbon emissions and offer more sustainable solutions for urban regeneration, according to the team.

The architects also added that the project is one of three circular economy demonstrator projects in London for CIRCuIT (Circular Construction in Regenerative Cities).

The team added that "In the long term, when the site is ready for permanent redevelopment, the building will be broken down into its various components and re-erected on an alternative site." On the other hand, in the short term, the project offers affordable workspace to local businesses, The Hithe promises to inject vibrancy into Rotherhithe, supporting the community as the area undergoes change.

"We are delighted this striking new community landmark will give local entrepreneurs and small businesses access to affordable space to grow and share skills," said Cllr Helen Dennis, Cabinet Member for Climate Emergency and Sustainable Development.

"Our vision for a fully de-mountable building that acts as a beacon for Albion Street has come to life, set to draw in new visitors and the local community alike. This sustainable hub can be redeployed to sites across the borough, meaning in time other areas can reap similar economic and social rewards," Cllr Helen Dennis added. 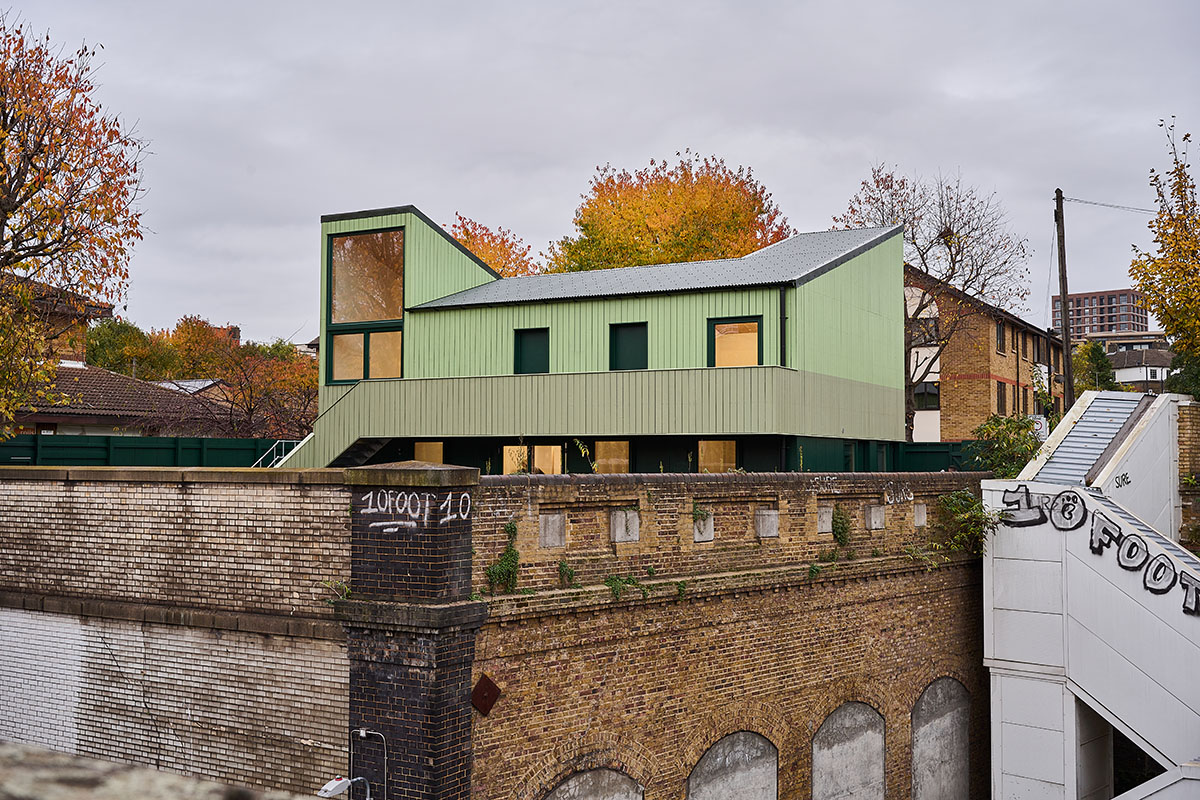 In The Hithe, rents are offered at an affordable price to attract sole traders and start-ups. For example, micro-units' prices are charged at £270 per calendar month, including service charge. Details can be seen on this page.

In addition to Meanwhile Space, tenants include a social enterprise focused on getting kids active, an apothecarist, an architect, a filmmaker, a beauty entrepreneur and a sewing club tutor. 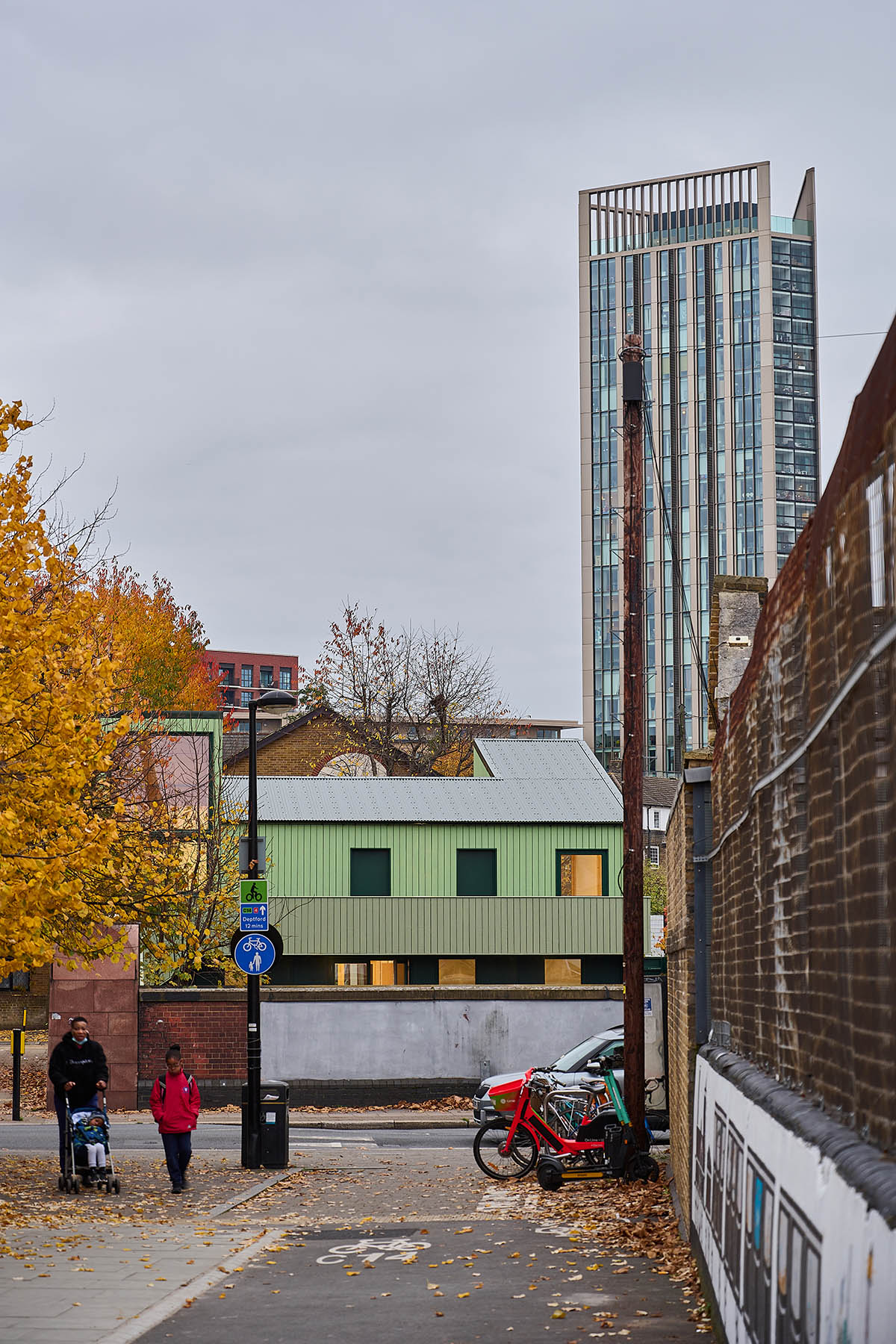 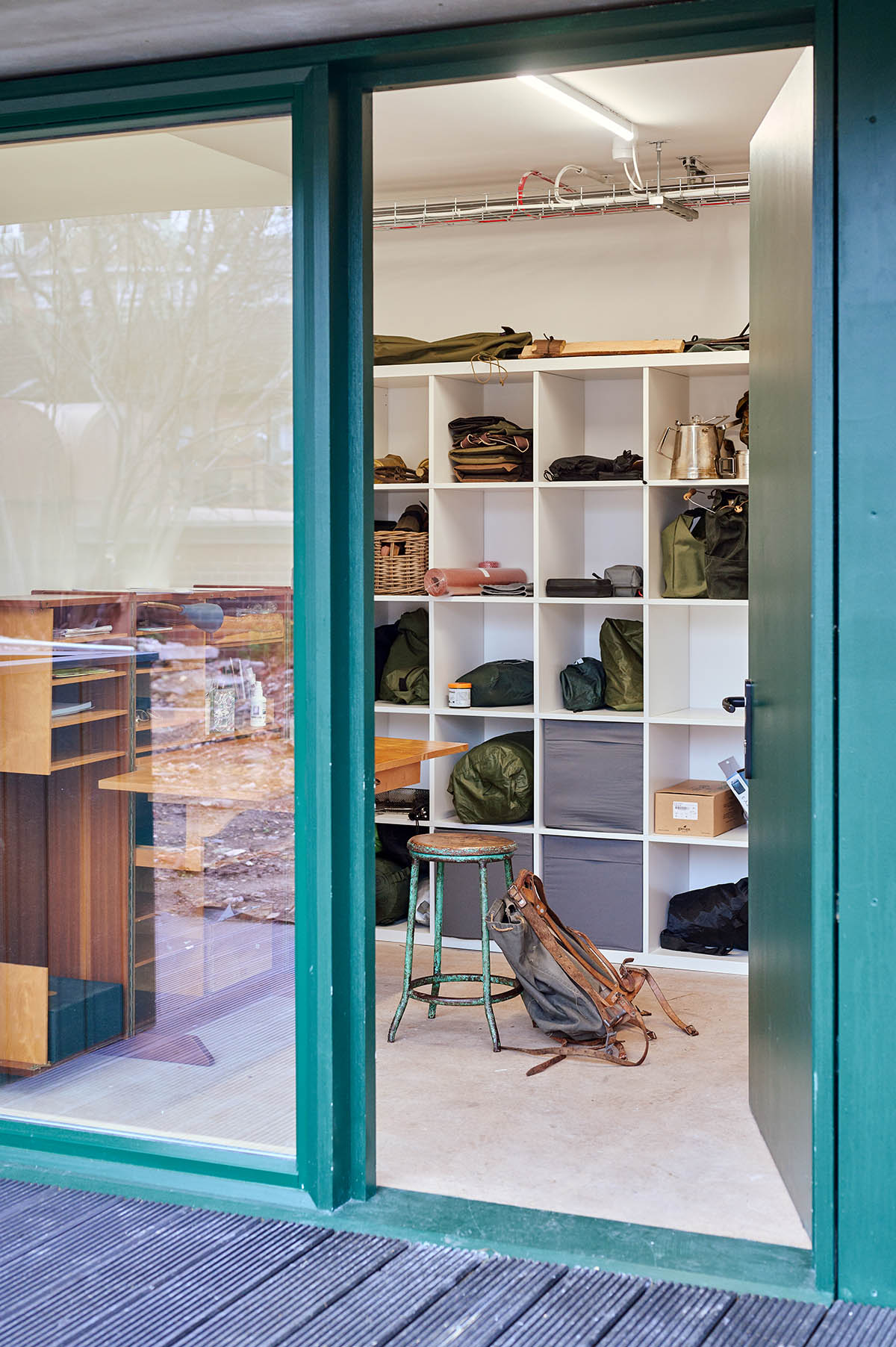 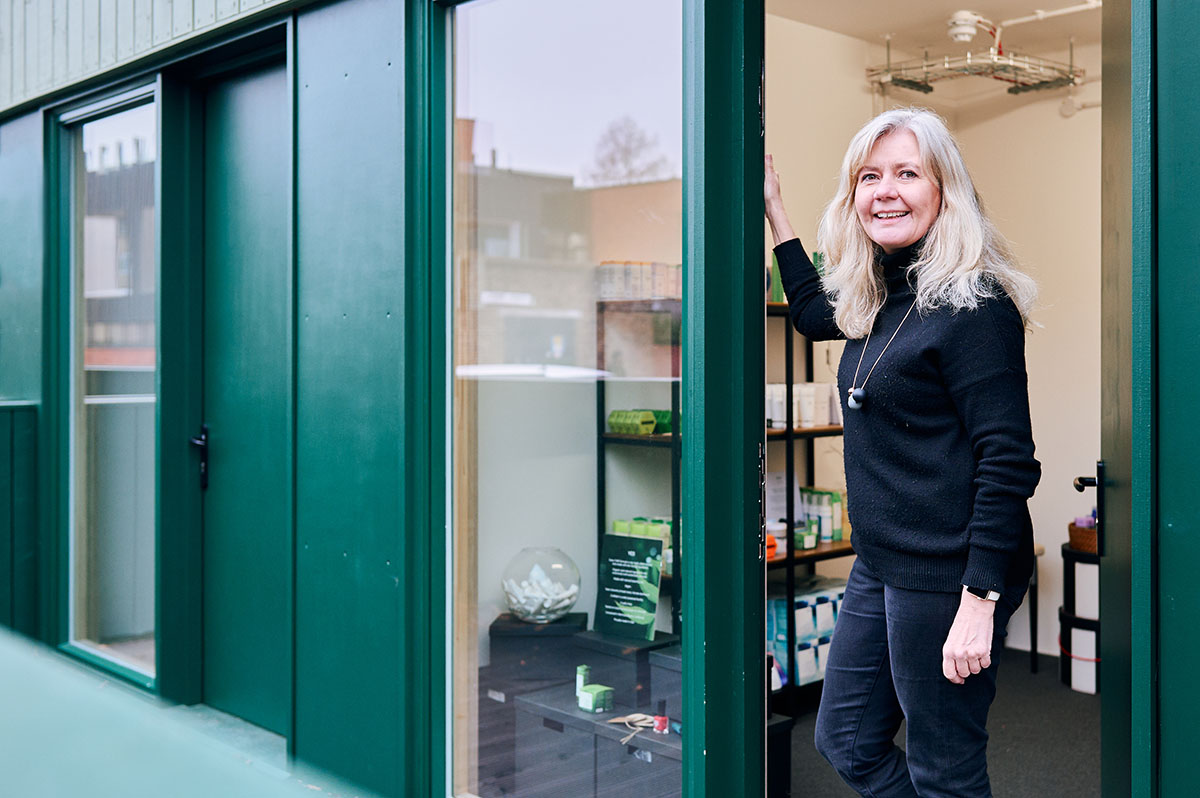 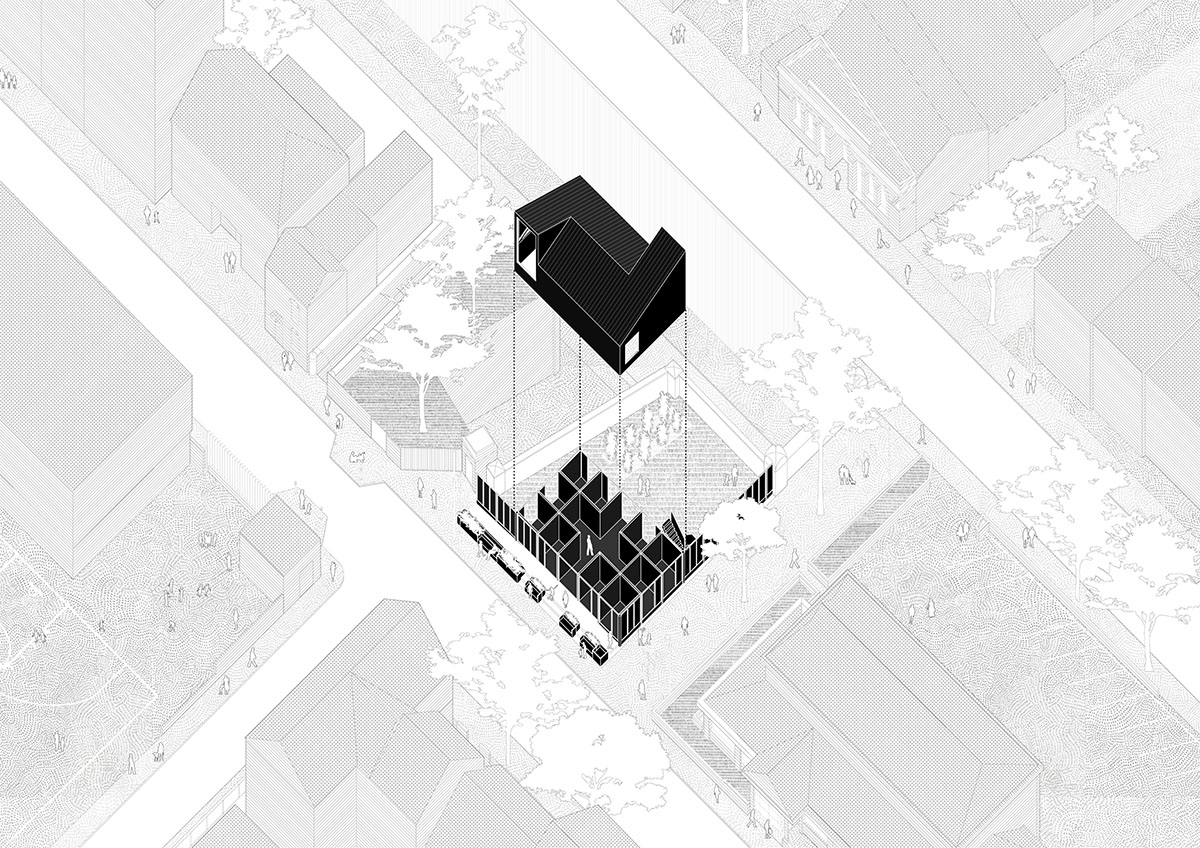 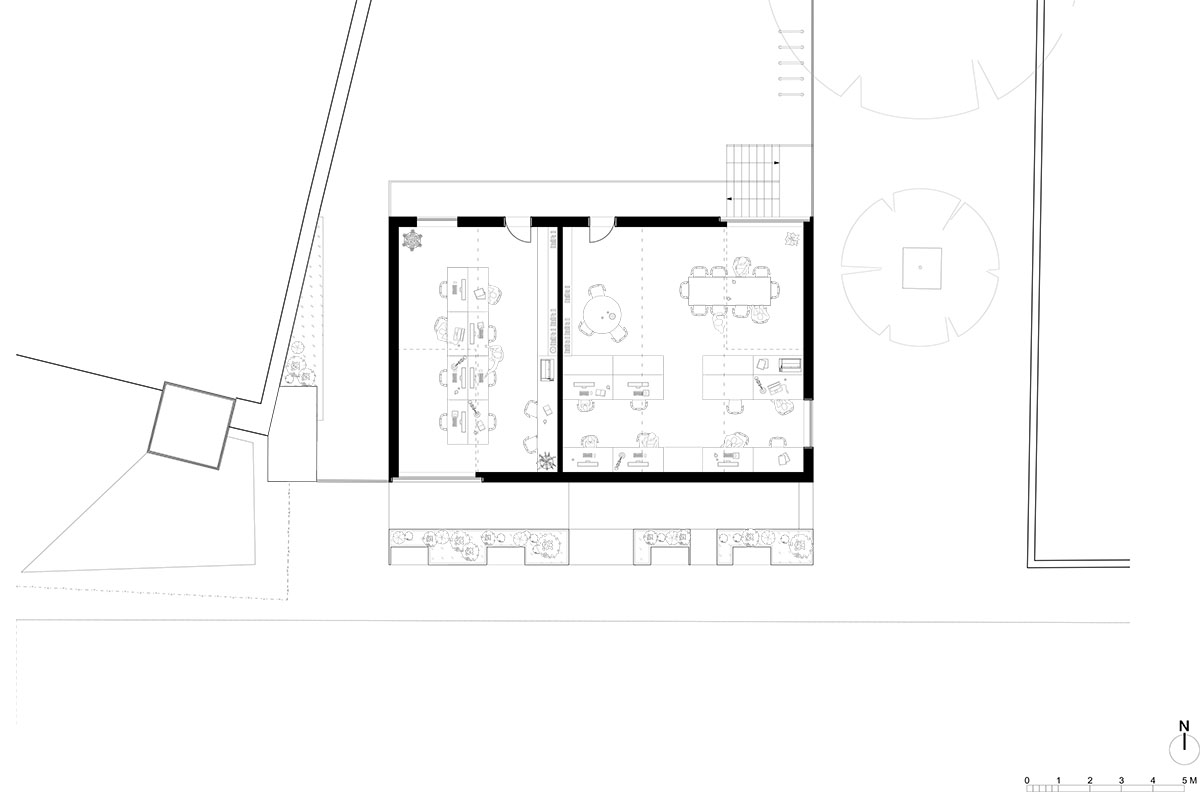 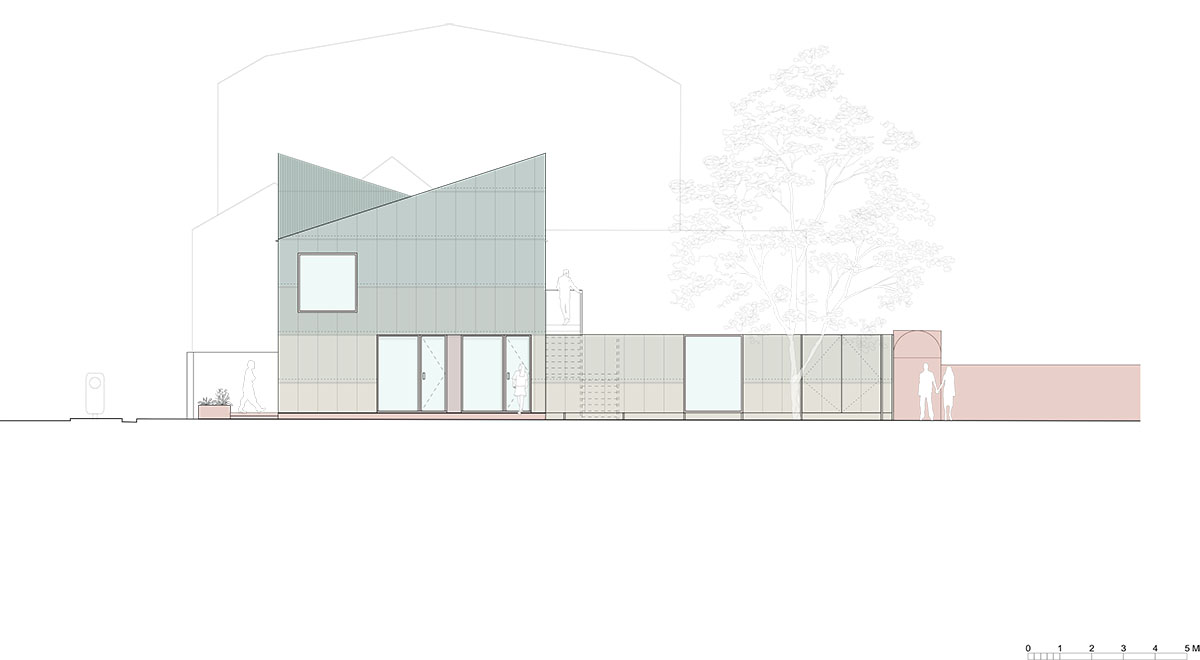 IF_DO was founded in 2014 by Al Scott, Sarah Castle and Thomas Bryans, the studio is a young architecture practice dedicated to creating projects with a positive impact on users, the environment and the surrounding community.

IF_DO's portfolio spans projects of all scales, from interiors and one-off houses to strategic planning and masterplans.

The studio's built works include: Granby Space creative work hub in Waterloo for Meanwhile Space CIC in 2016, ‘After Image’, the multi award-winning London Festival of Architecture Dulwich Pavilion, a temporary events pavilion in the grounds of the Dulwich Picture Gallery in 2017, the practice’s first new-build house, Thorpeness Beach House in Suffolk in 2021.