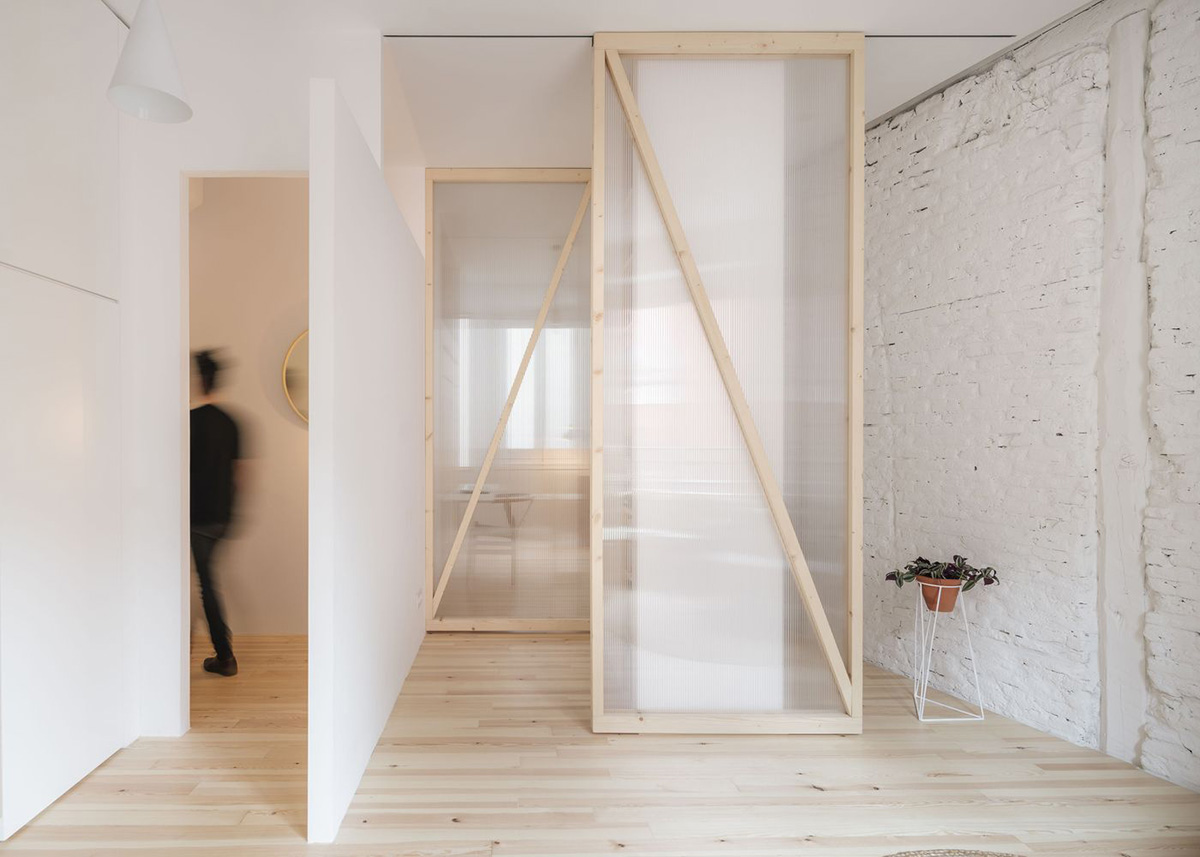 Named Multiple House, the 45-square-metre space is aimed to create a new space containing at least one bedroom, a bathroom, a kitchen, enough storage space, and the possibility of some small extra space for different uses.

The goal of the project is to avoid subdividing the spaces too much, which makes the most of the south orientation of the balcony to fill all the rooms with light, posed a major challenge. 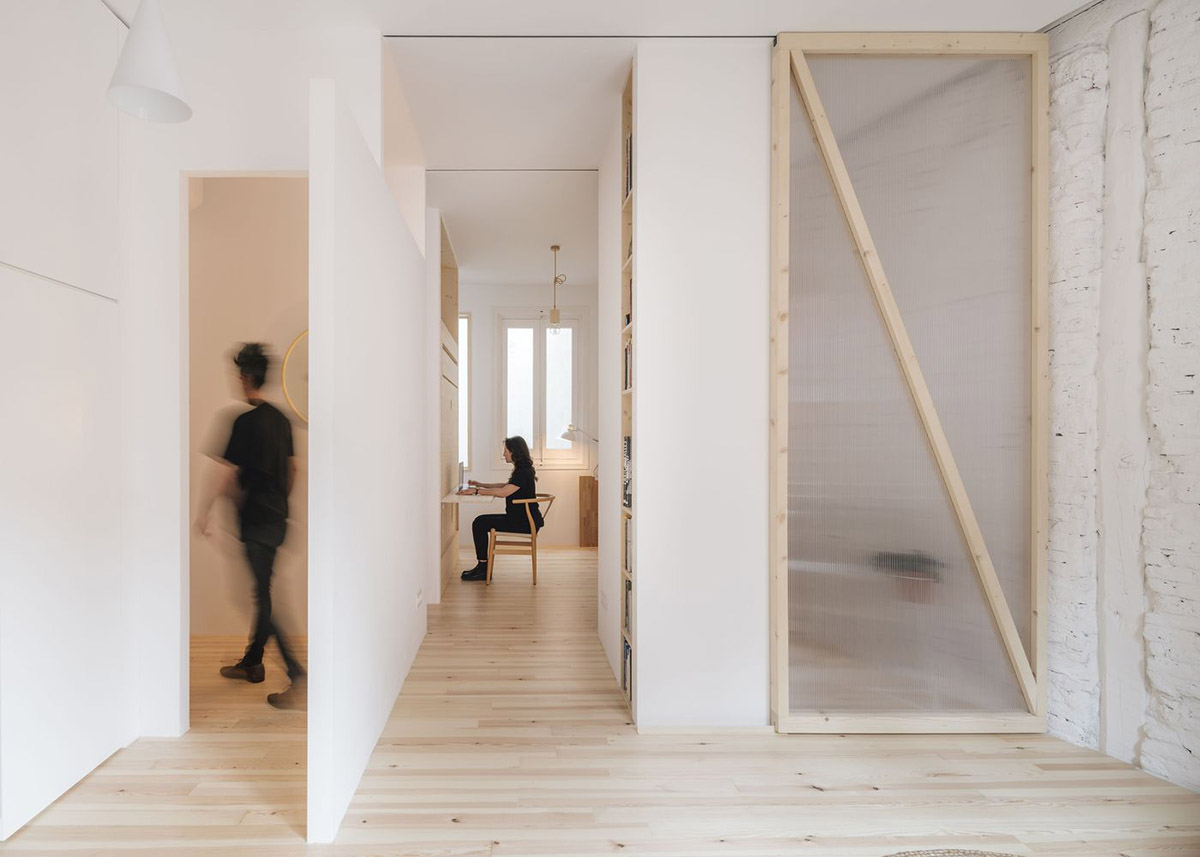 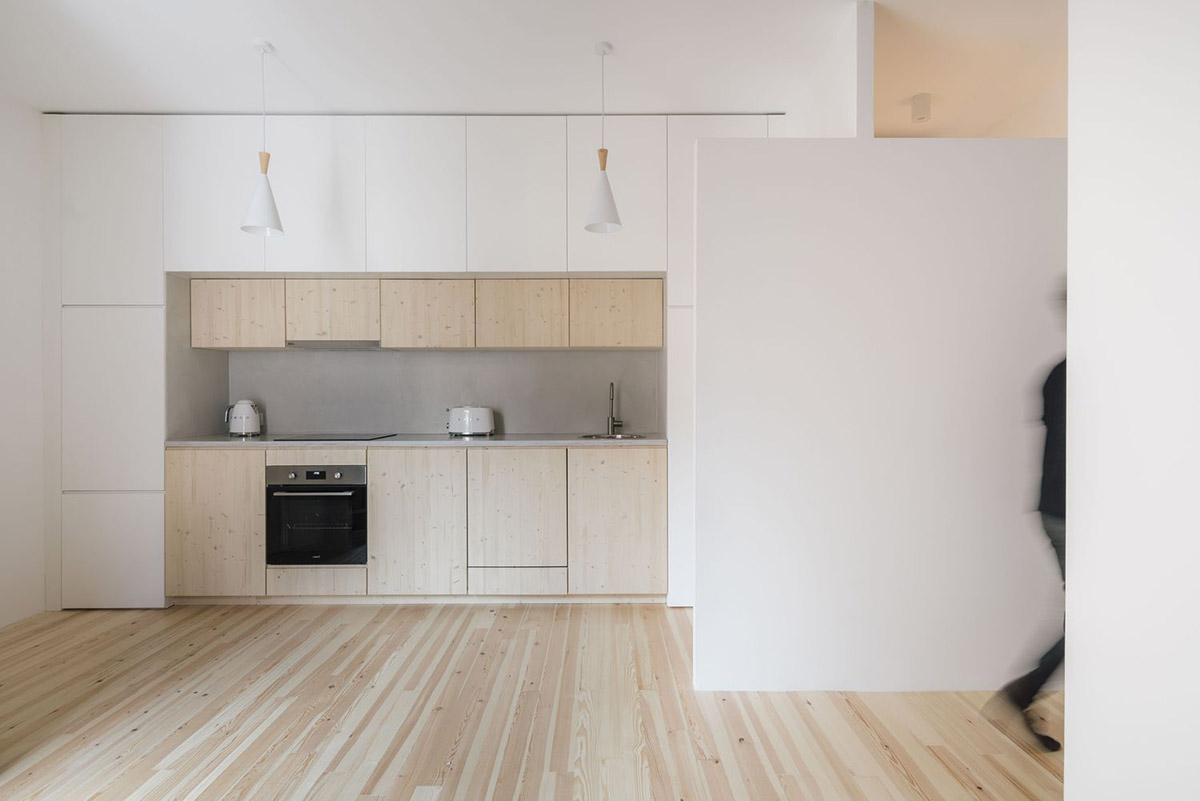 "The house is conceived as a multiple of itself, seeking to multiply the possibilities of appropriation in a reduced spatial area," said P+S Estudio de Arquitectura.

"In this way, "Multiple House" refers to the necessary uncertainty of uses that we understand contemporary housing should have, where the adaptability and flexibility of the spaces play a fundamental role to allow the addition of areas of use without having to necessarily grow in square meters."

The studio said that "the initial question we asked ourselves in order to take on the assignment had to do with how to grow and multiply the uses in a house that only allowed 35m2 of usable space." 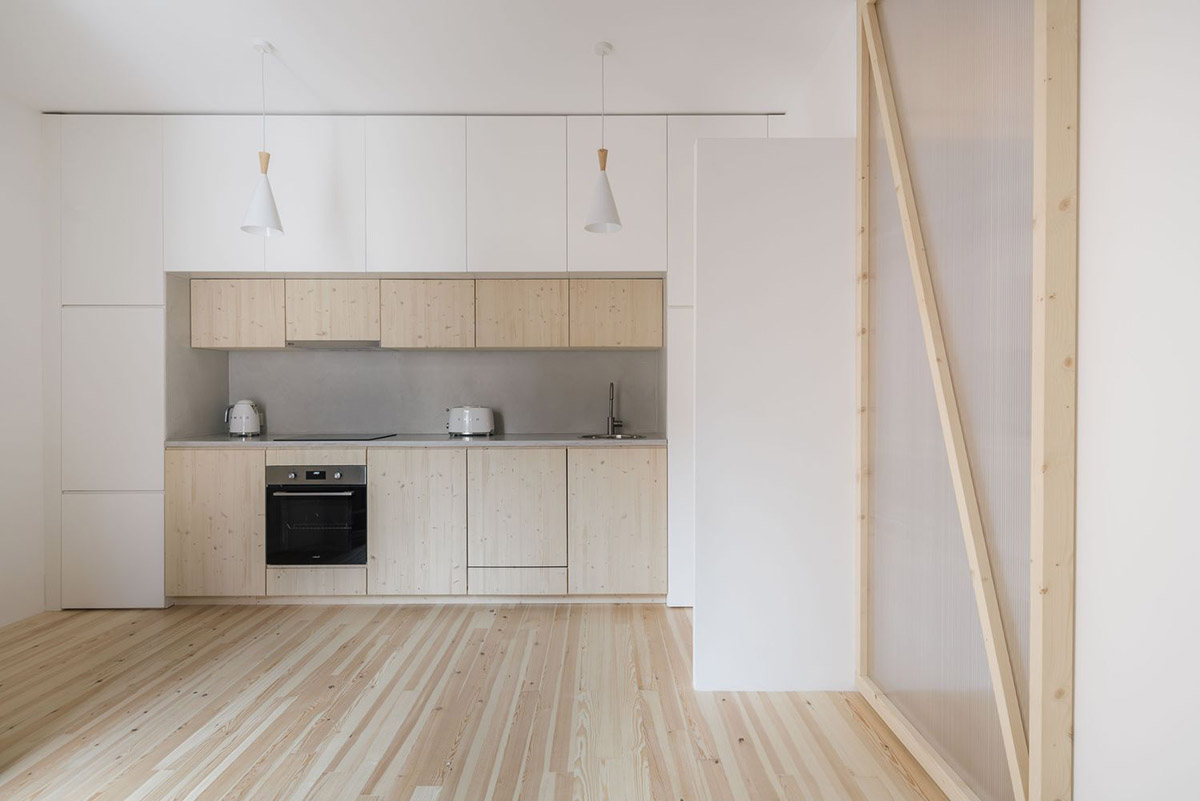 "Consequently, the variable of time (temporality of use) established a first clue and the first resource of action, as a strategy of intervention, assuming the need not to determine enclosures of static uses in those spaces that allowed a transformation during daily use." 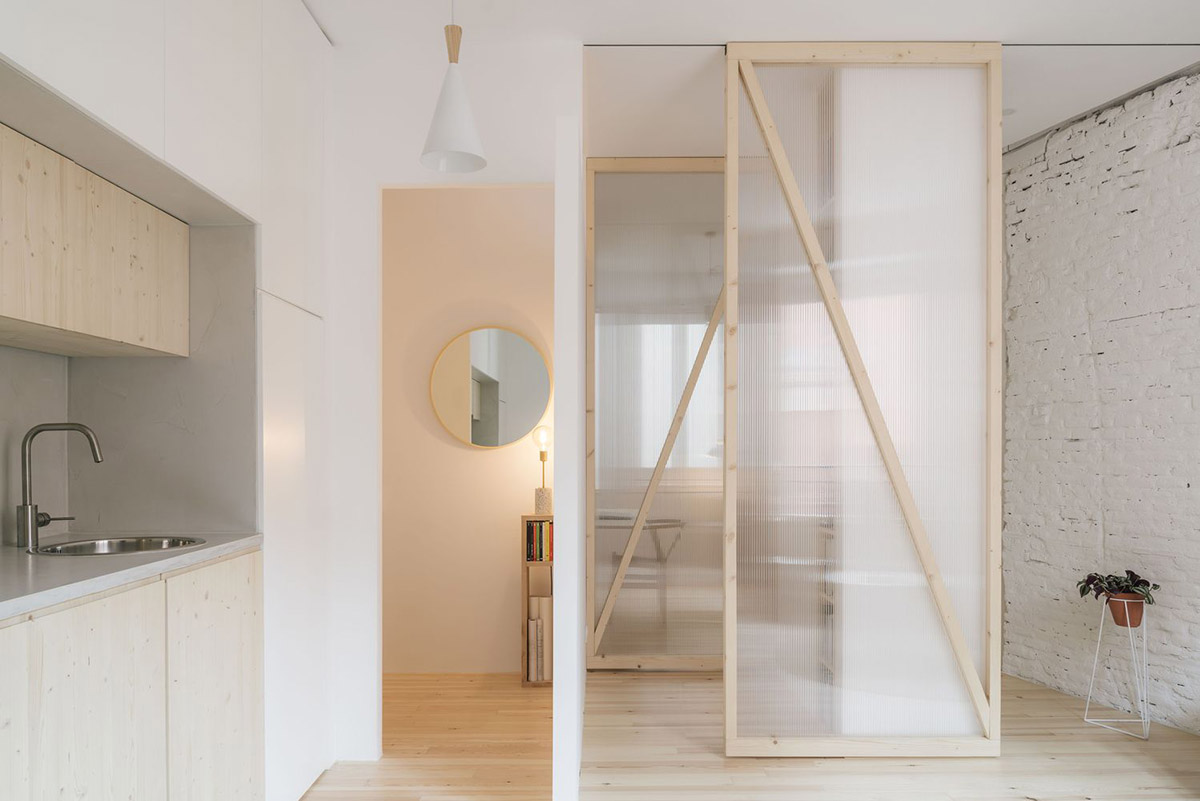 Reconfiguring the original subdivision at the house, the renovation keeps only the structural perimeter as a base, thus establishing a new spatial configuration from the definition of a wet axis that gathers the kitchen and bathroom, articulated by an access area to the house that will function as a hall. 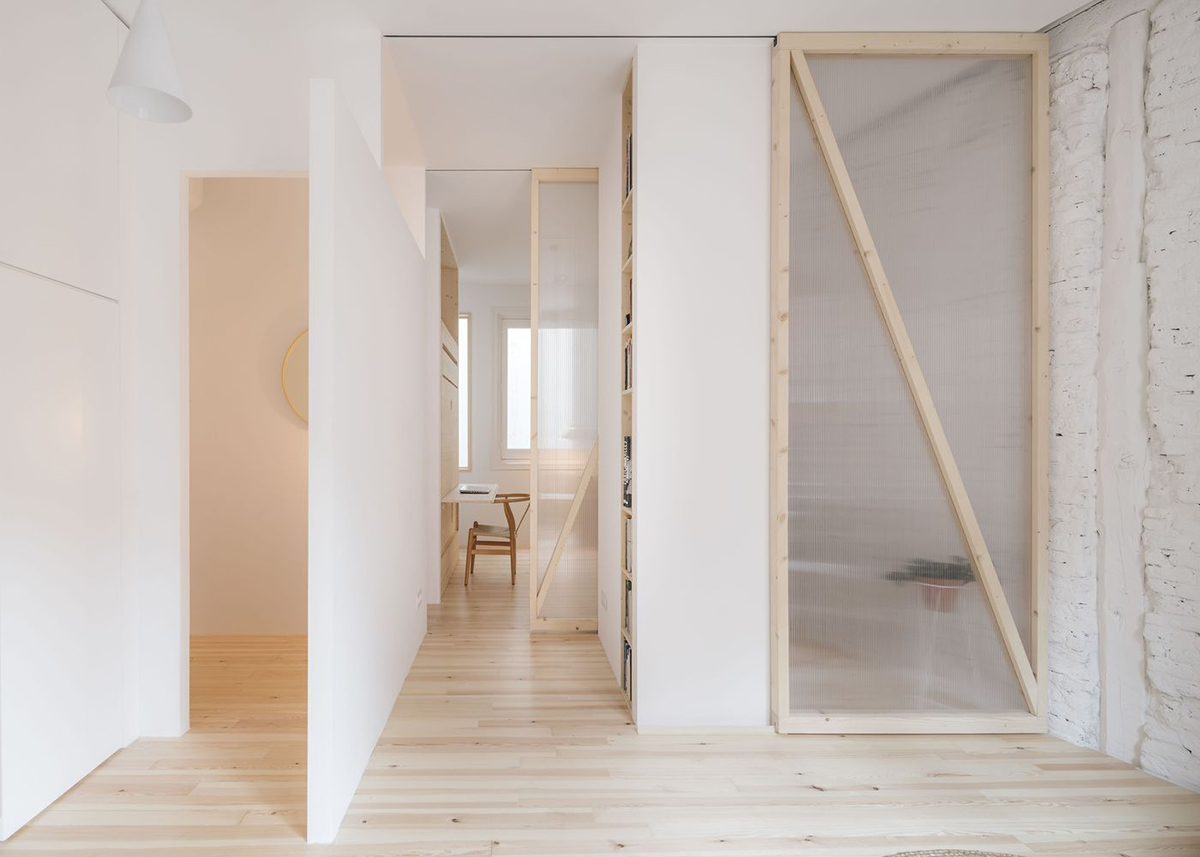 The living-dining room area is then be articulated with the bedroom through two mobile panels that allow to add or subtract meters to each of these two areas, allowing, in turn, to connect the entire floor of the house, in relation to the transformation or uses that the user wants to define; thus allowing the creation of new corners, new visual relationships, and circulations, which may appear in the daily use of space. 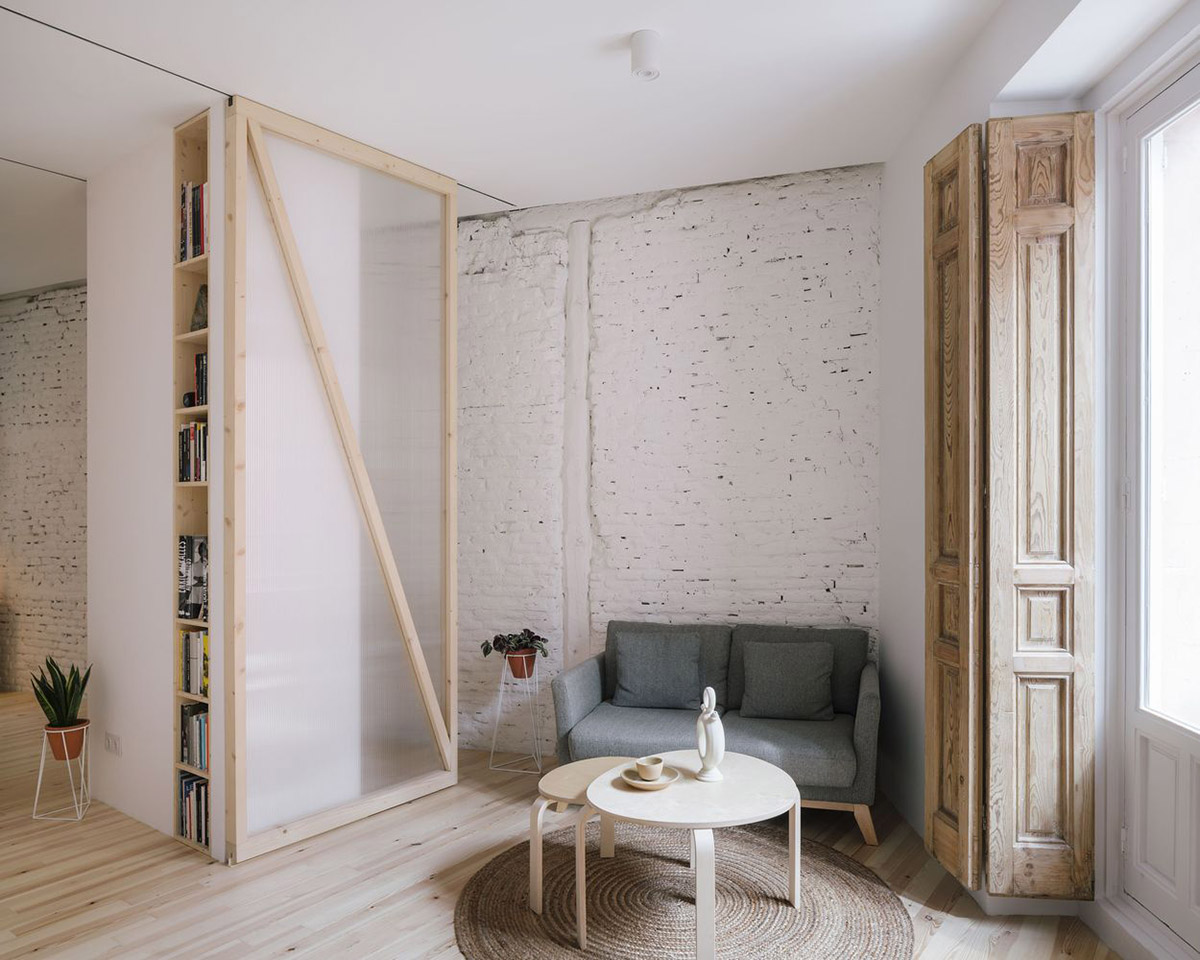 By adding movable partitions, these are articulated by a closet shelf that functions as an intermediate piece between the living-dining room and bedroom spaces.

The architects conceived a flexible scenario for the house, by adding a folding bed that allows the bedroom to be transformed into a work area, a leisure space, or to communicate completely with the main living room. 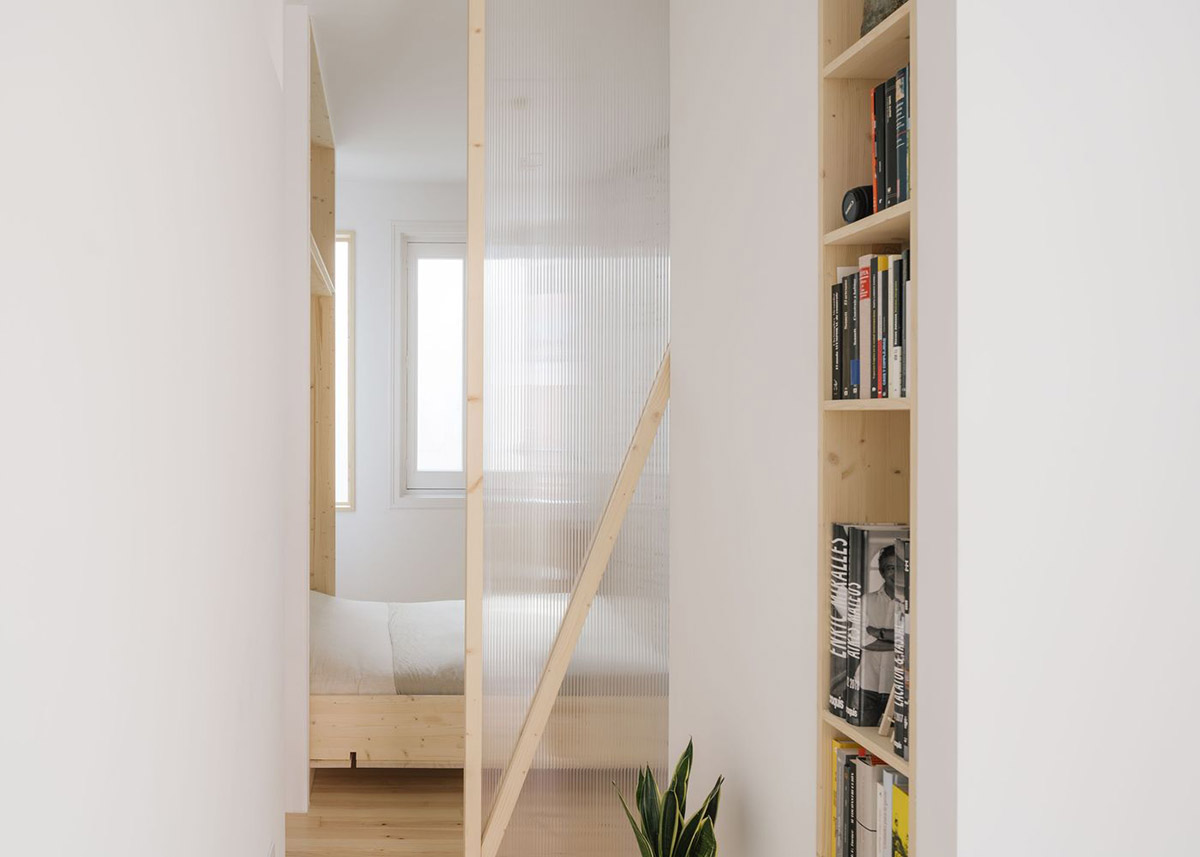 In this way, it is projected as an indeterminate space, where the movement of the panels, together with the appearance or disappearance of the bed, opens the way to randomness, flexibility, and transformation of uses.

As the architects explained, "the strategy with the material was to minimise the number of elements used so that the material would contribute to unifying the spatial operation and thereby reduce the resources used in the work." 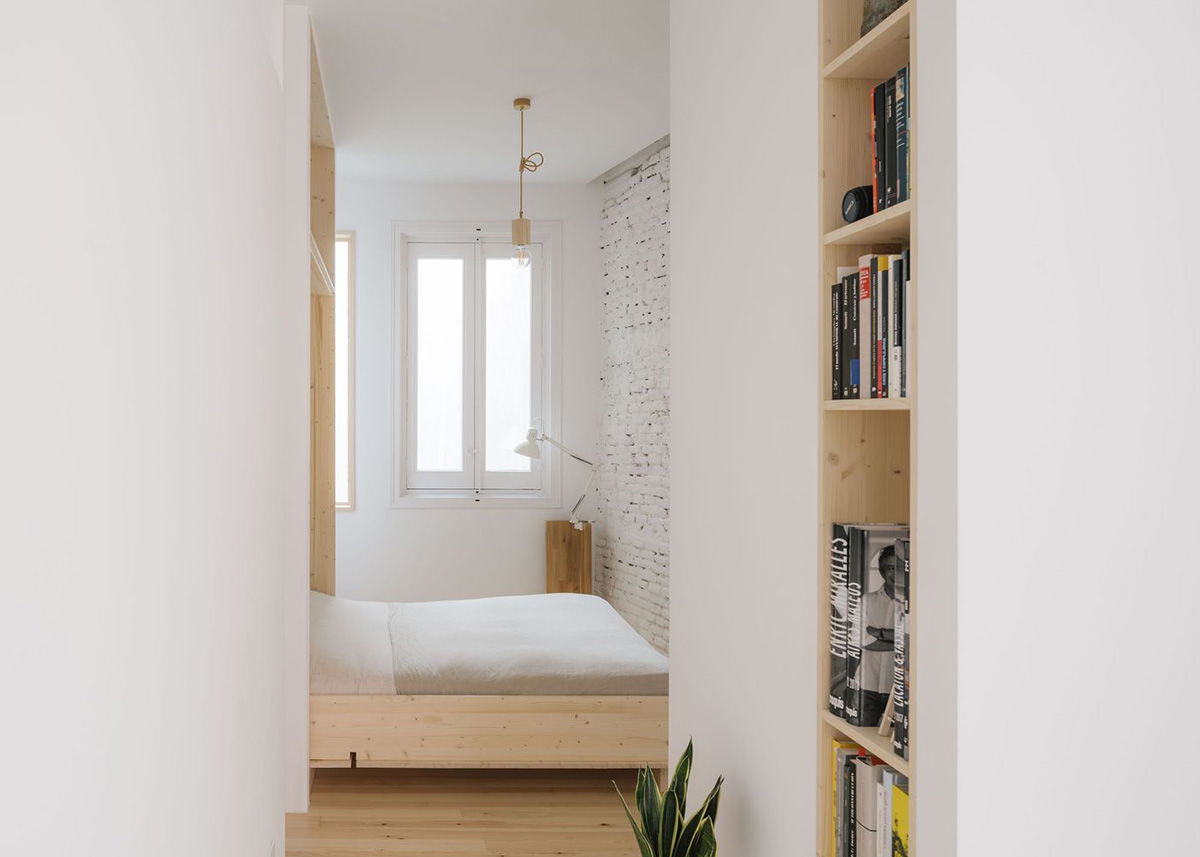 "Thus, the main material is defined, spruce pine wood, which will be used in flooring and furniture, both kitchen, bathroom, folding bed, shelves, as in new window frames, thus establishing a continuous expression between all the spatial elements arranged."

For the wet areas, the team choice the use of gray micro cement - including the bathroom and kitchen to avoid joints and facilitate future maintenance. 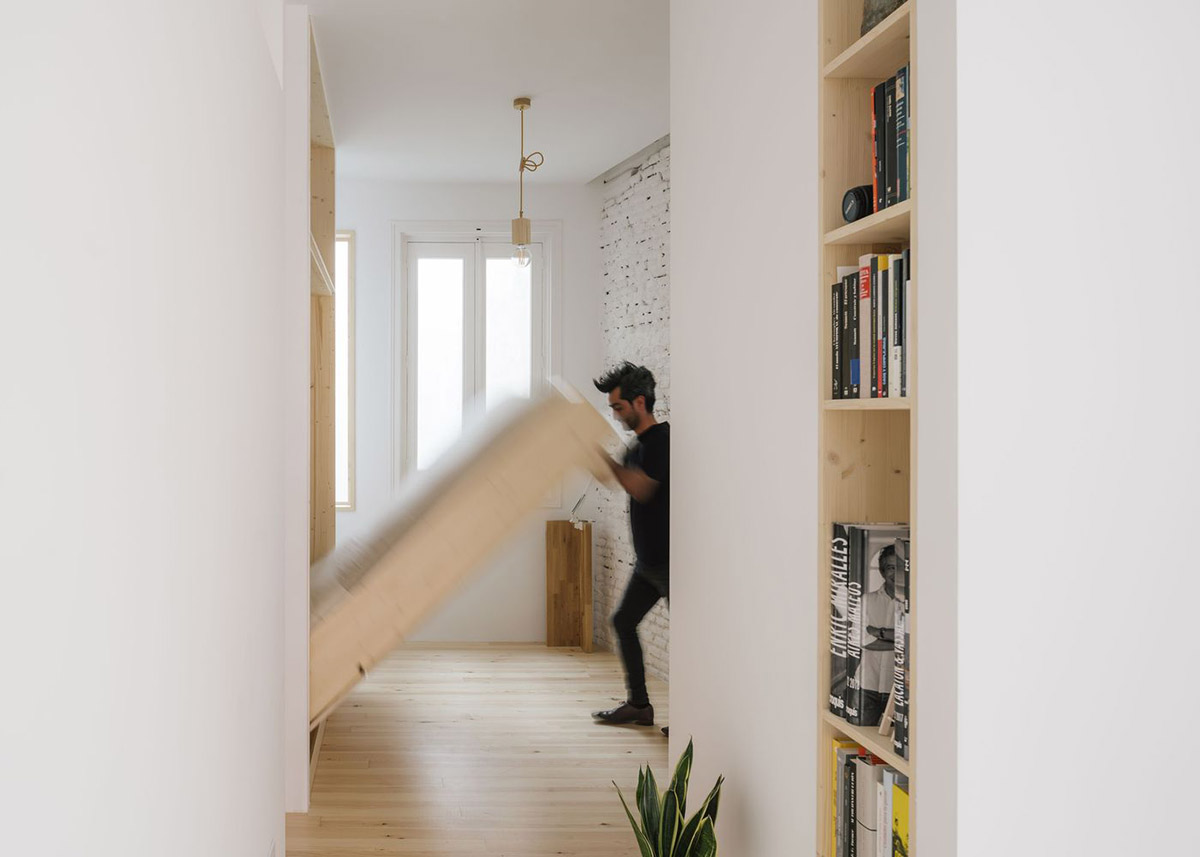 The team used polycarbonate panels for the movable partitions that seek to define a new area to glimpse, connect, divide, and illuminate the deepest part of the house, thus establishing a subtle and economical operation for these elements. 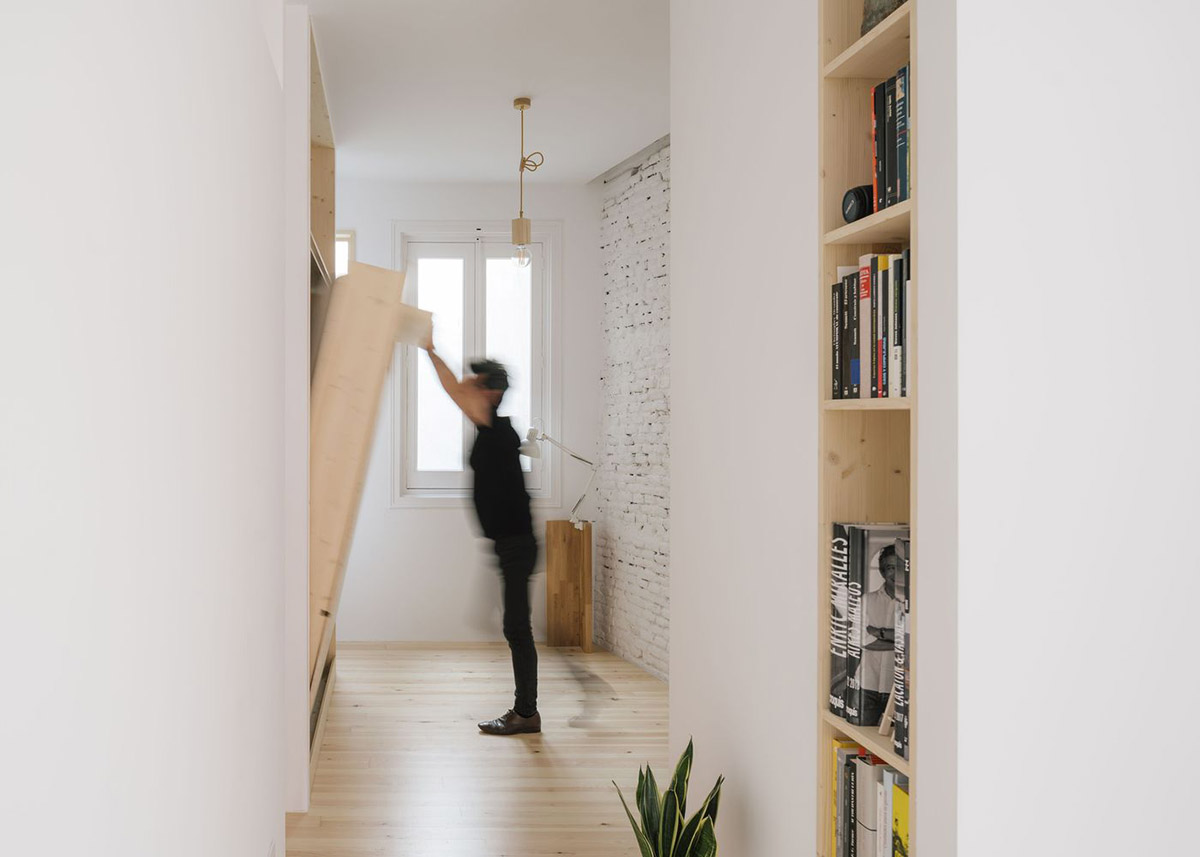 According to the studio, "it was important to highlight the elements that could show the age of the apartment (1850)."

To achieve this, they decided to keep the main wall as raw, so that the original wooden structure and the brick, with all the natural imperfection that the passage of time has added. 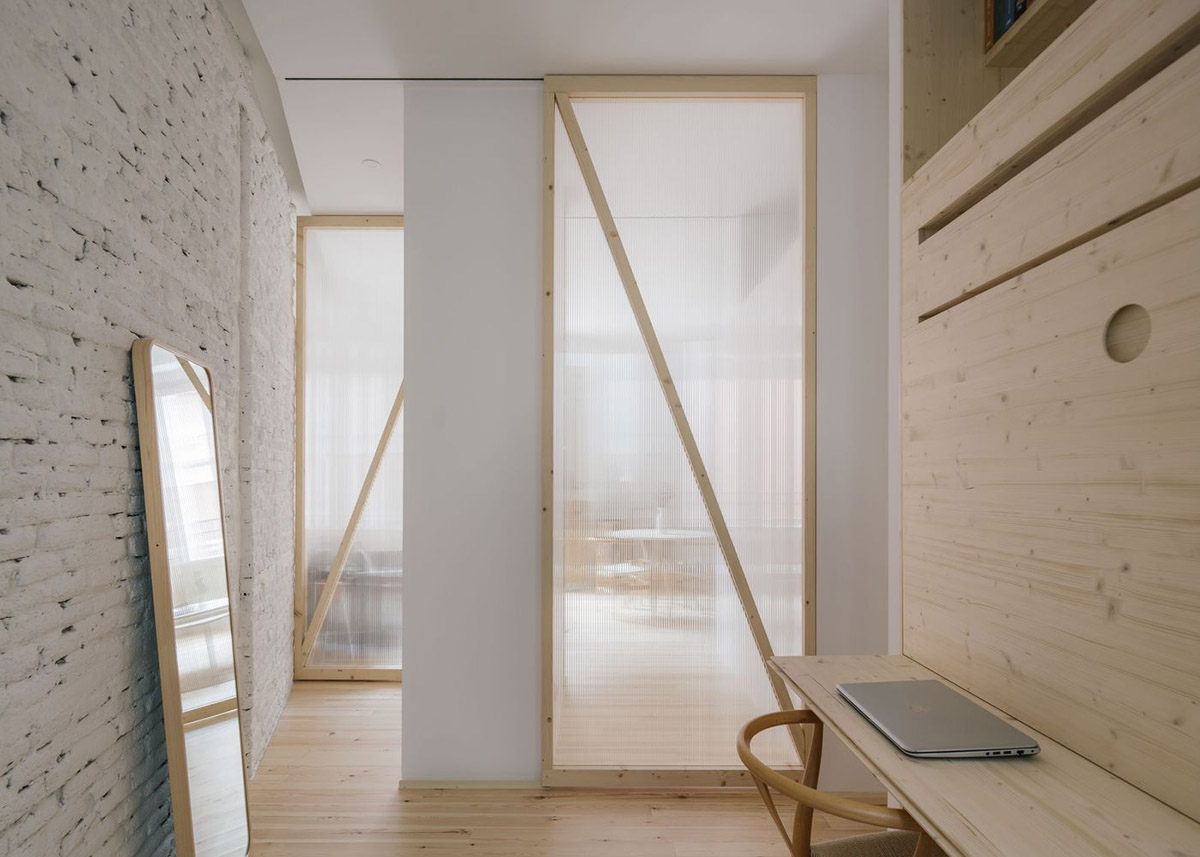 At the same time, they preserved the original woodwork of the main windows, as well as the interior shutters, which are cleaned, exposing the original pine wood, its grain, and all its patina collected over the years.

The studio applied a whitewash to the entire interior, so that the house can absorb as much natural light, which added to the choice of spruce pine wood, end up setting the light atmosphere of the space. 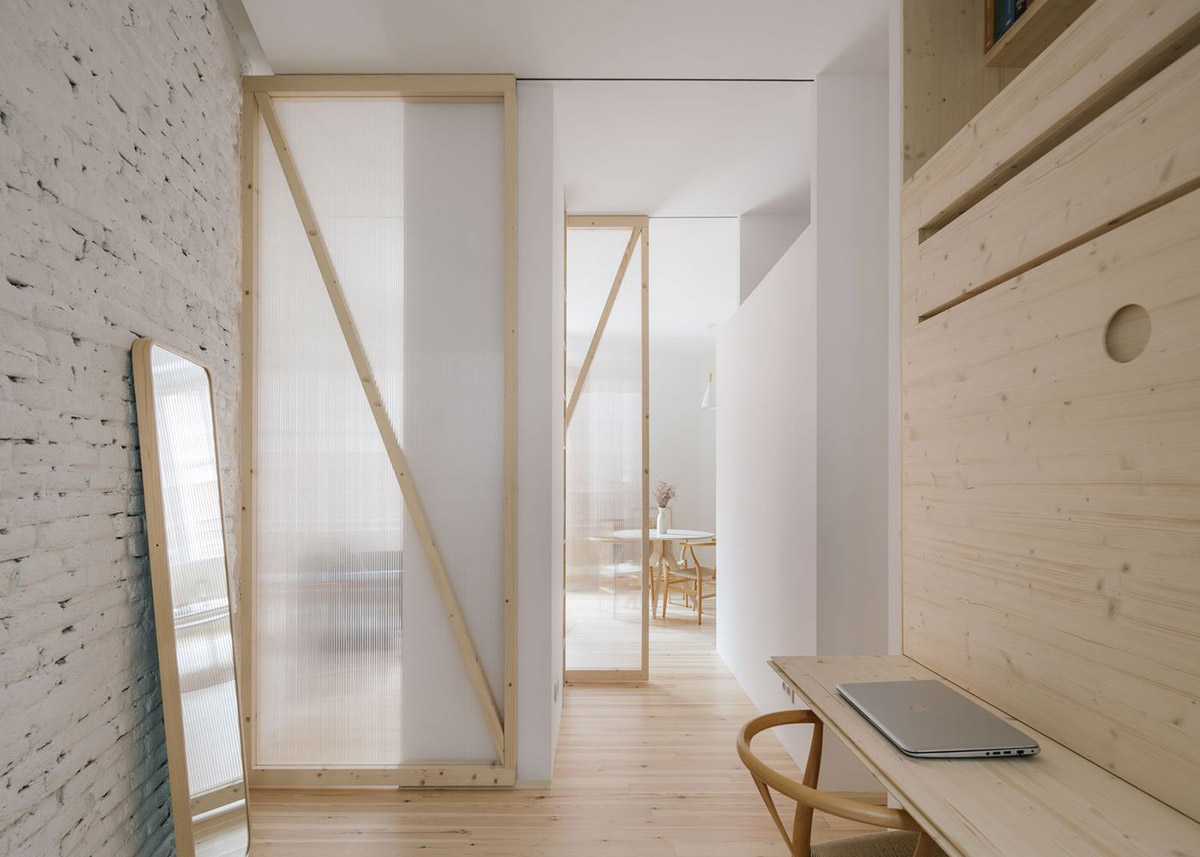 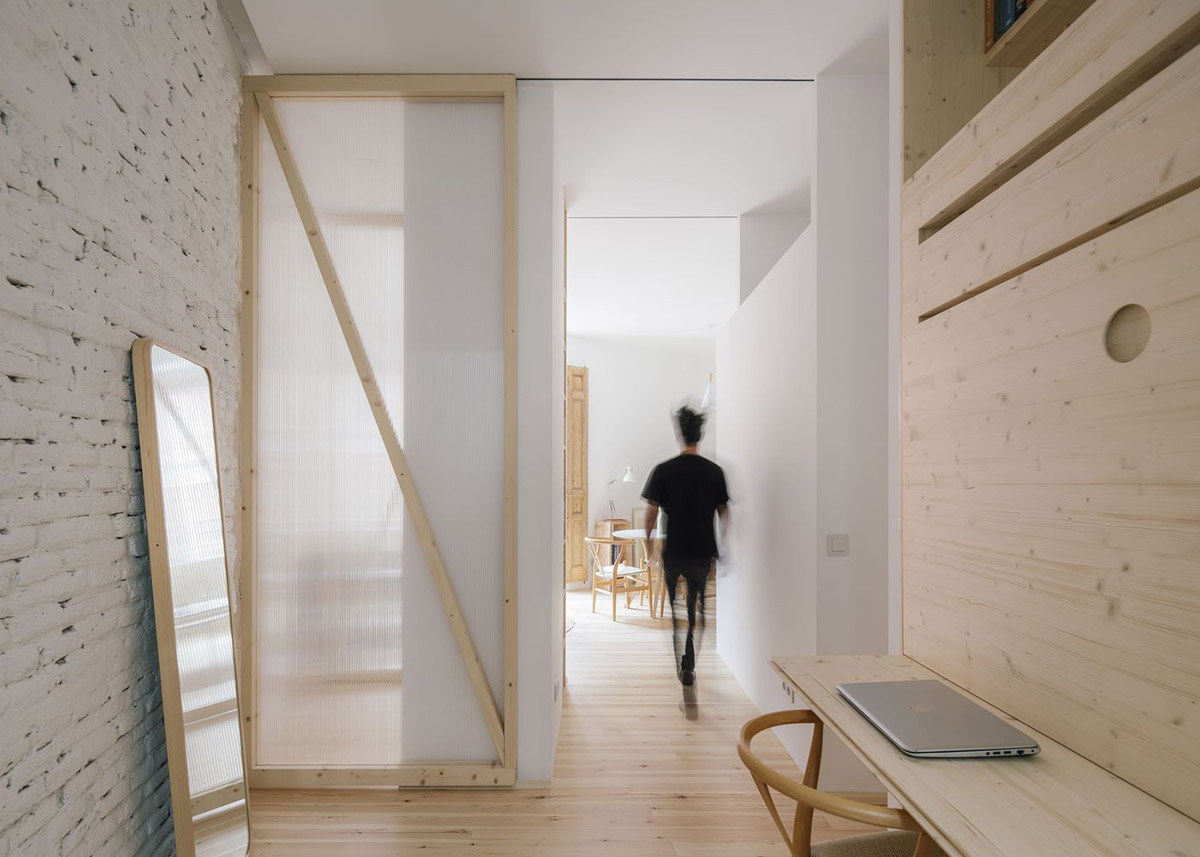 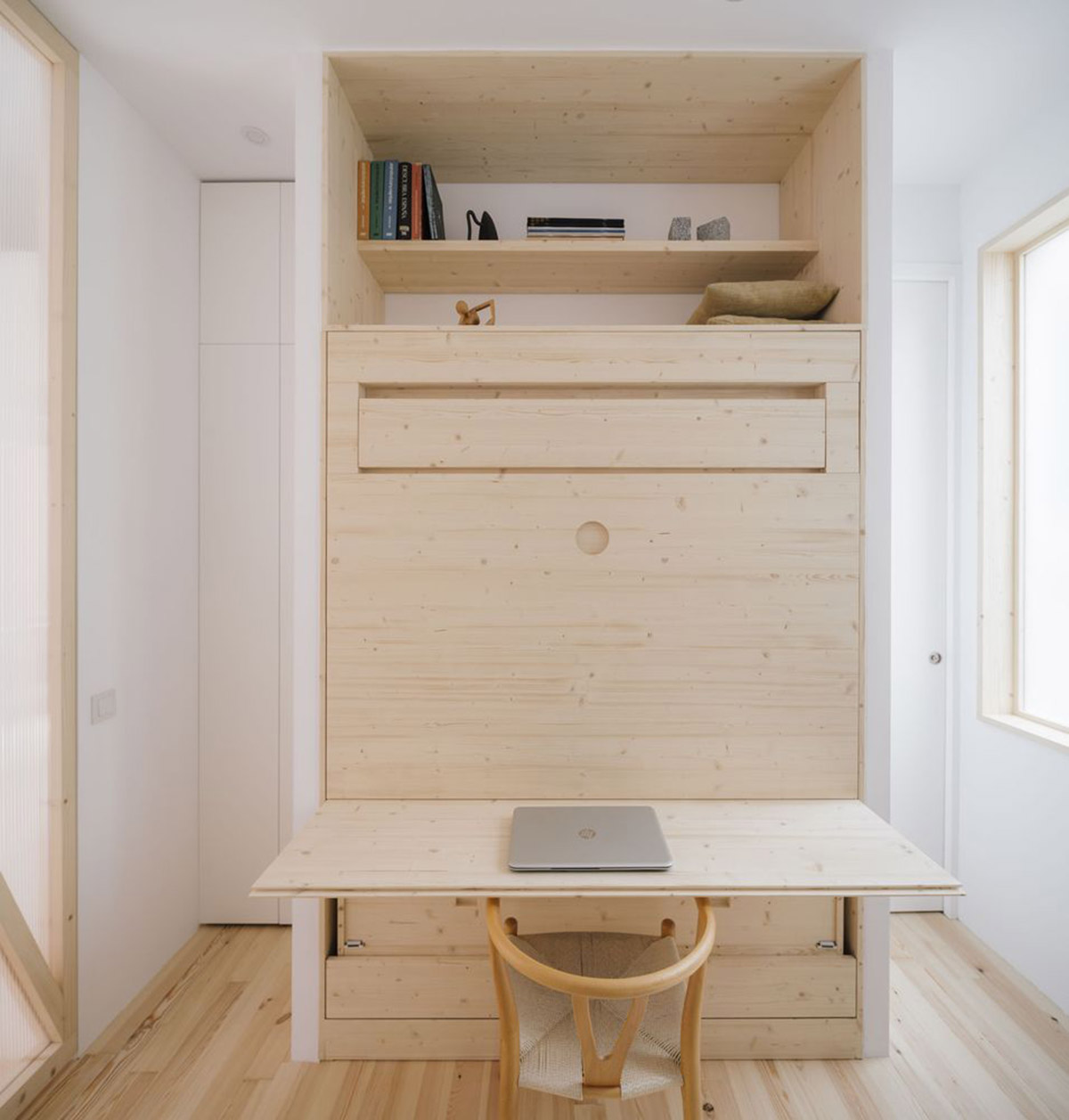 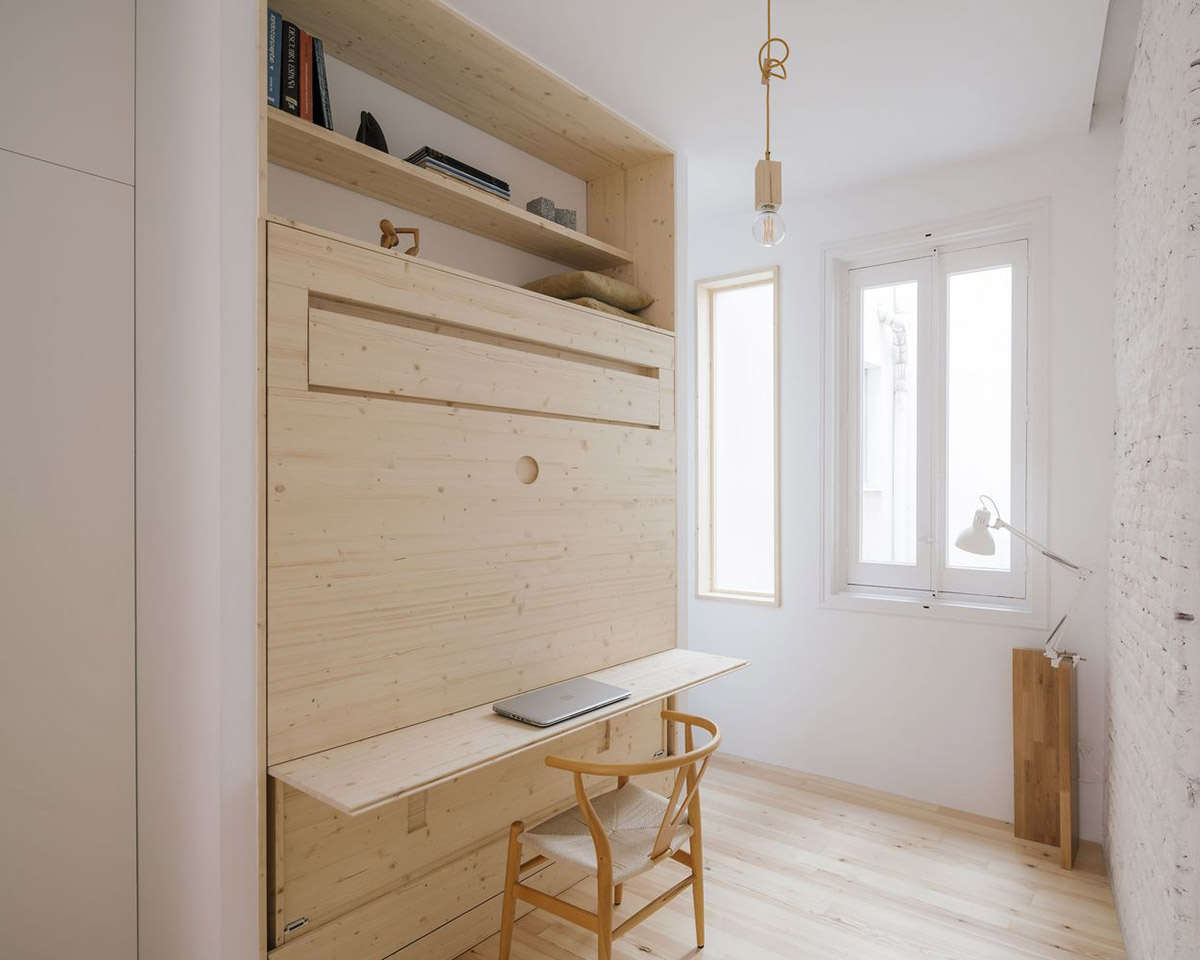 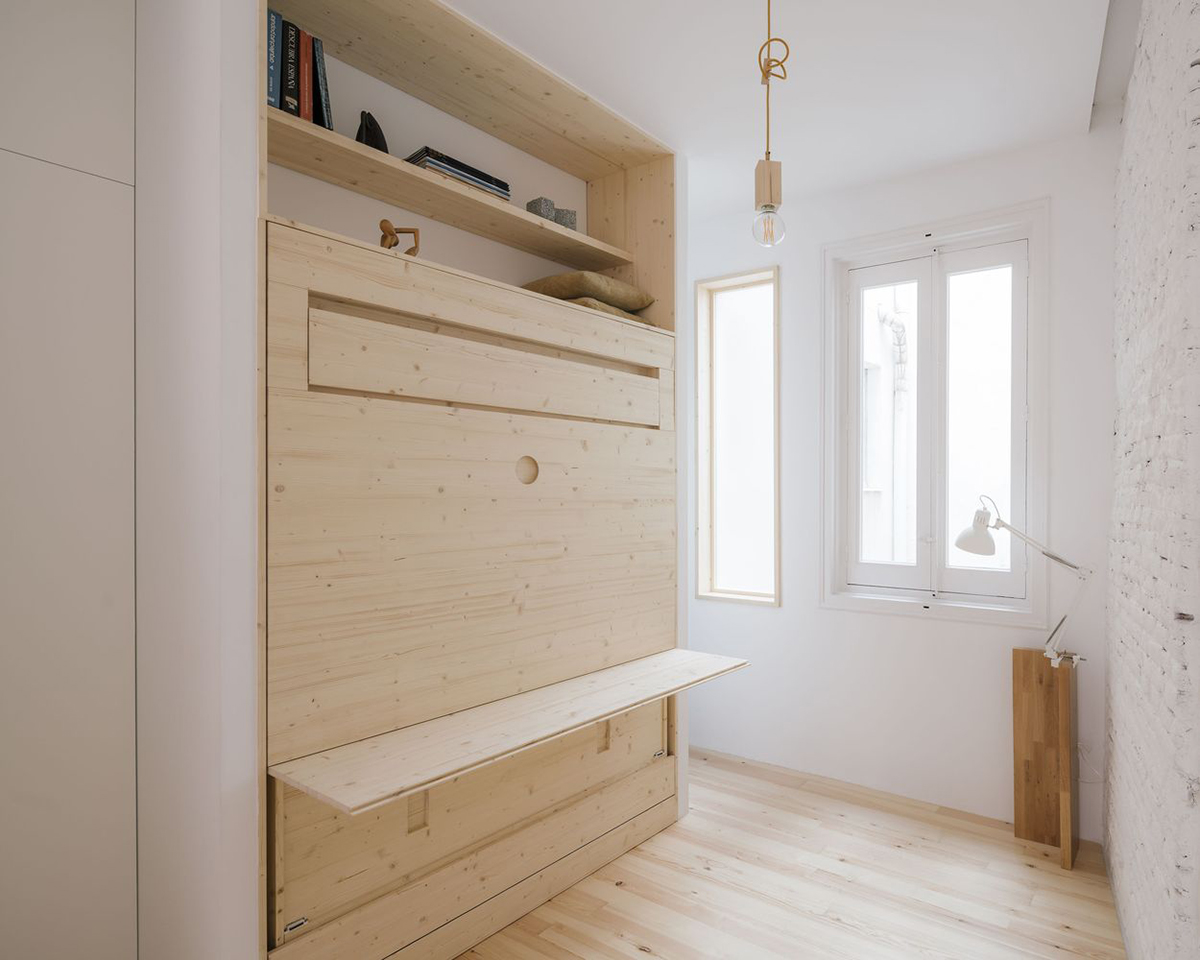 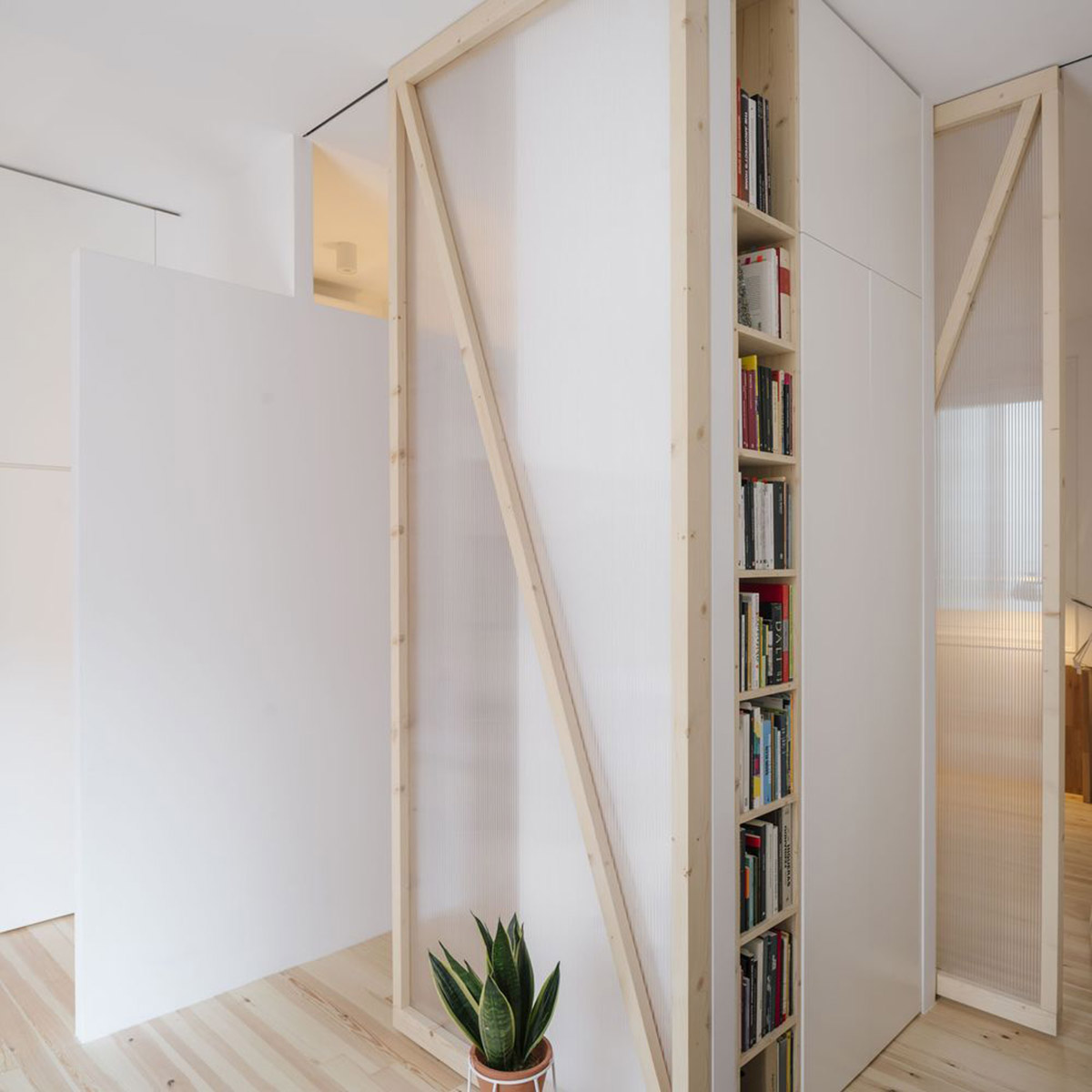 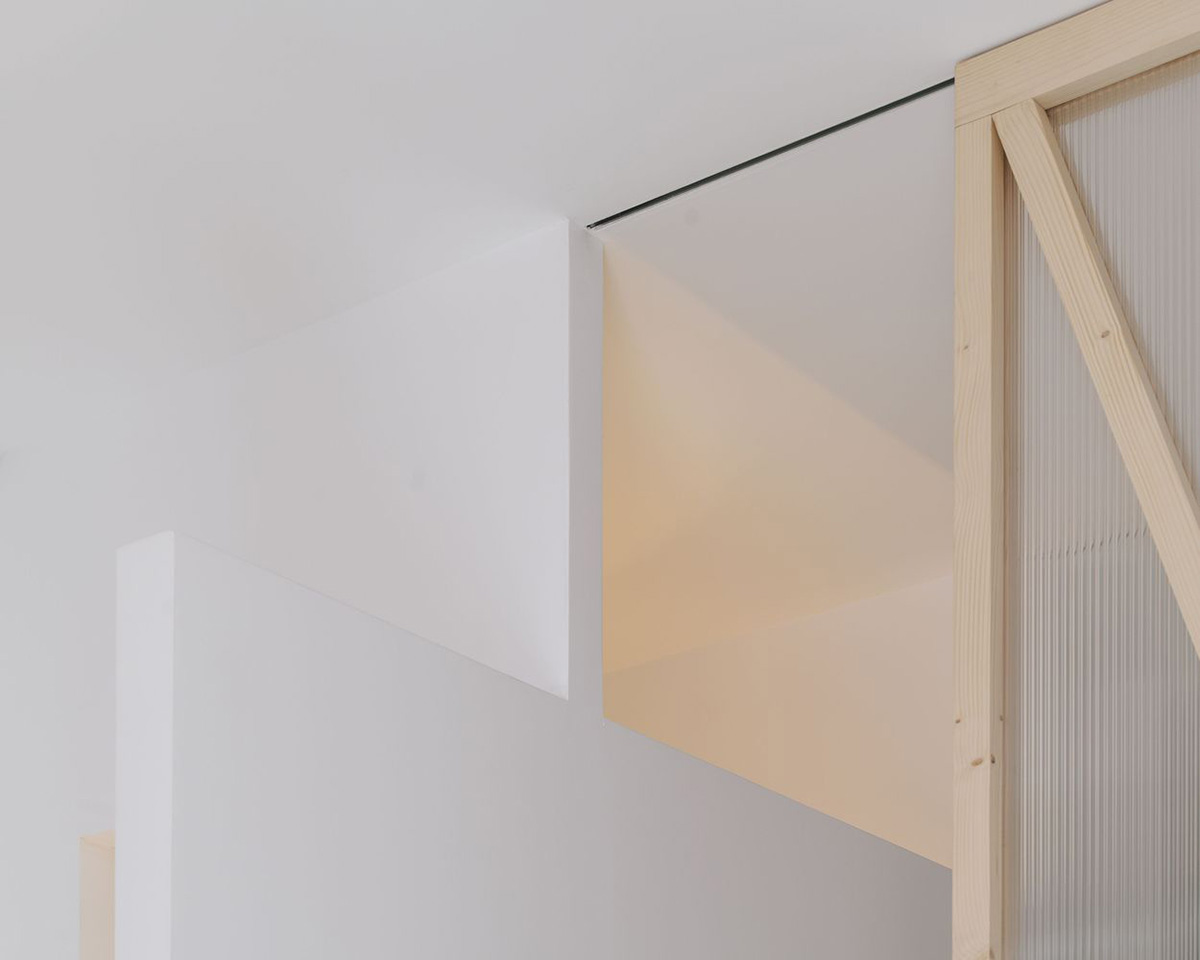 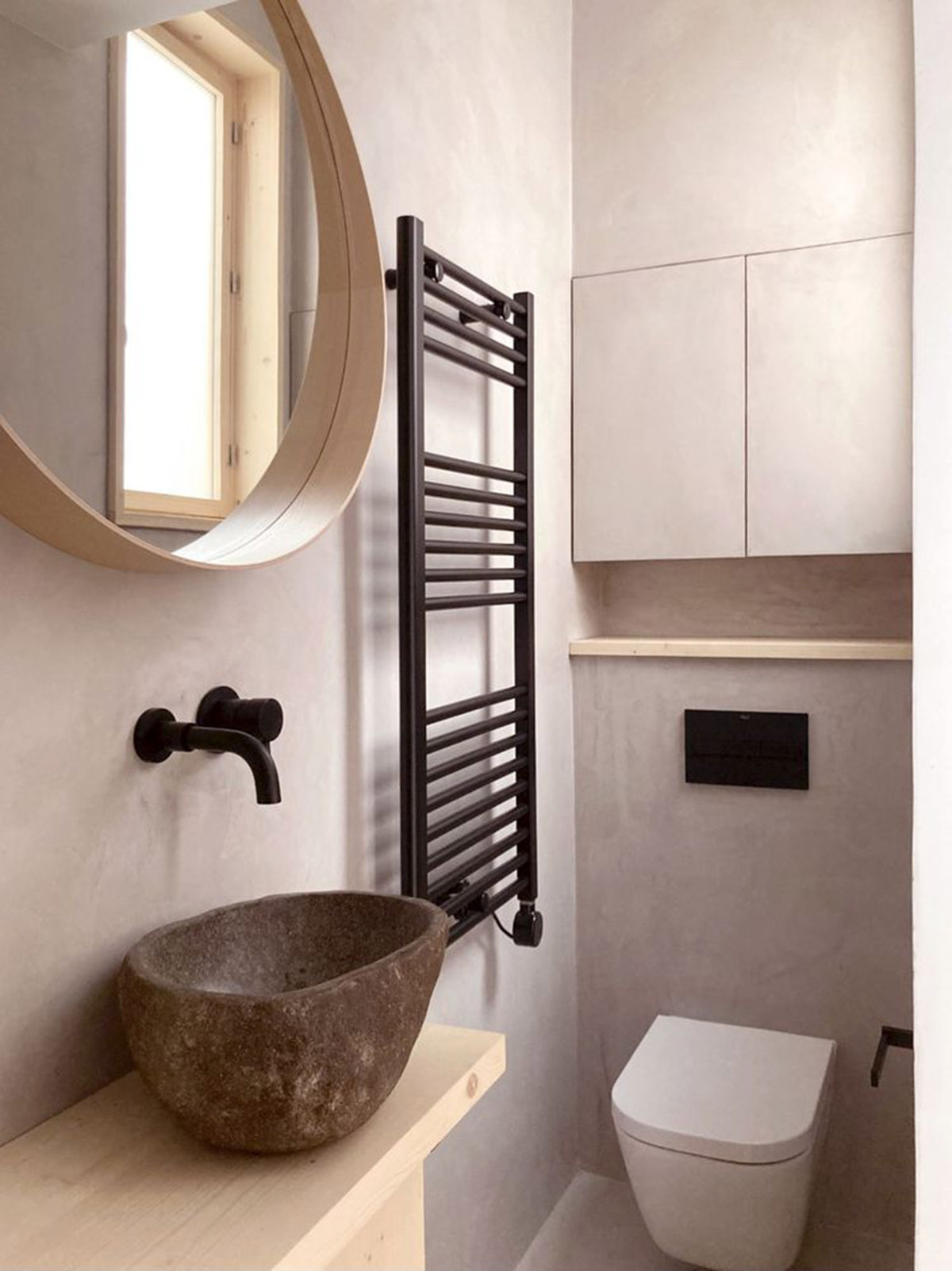 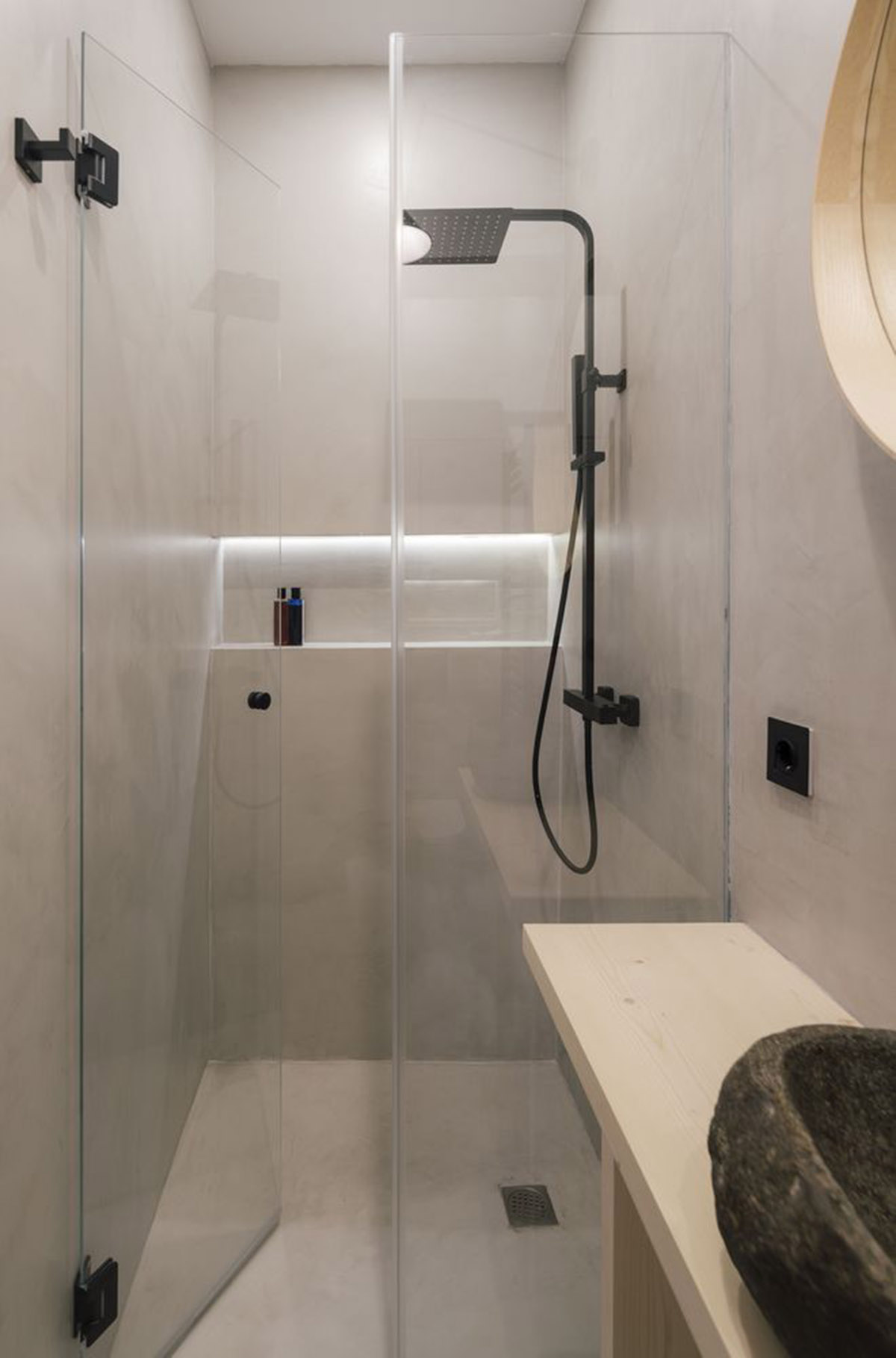 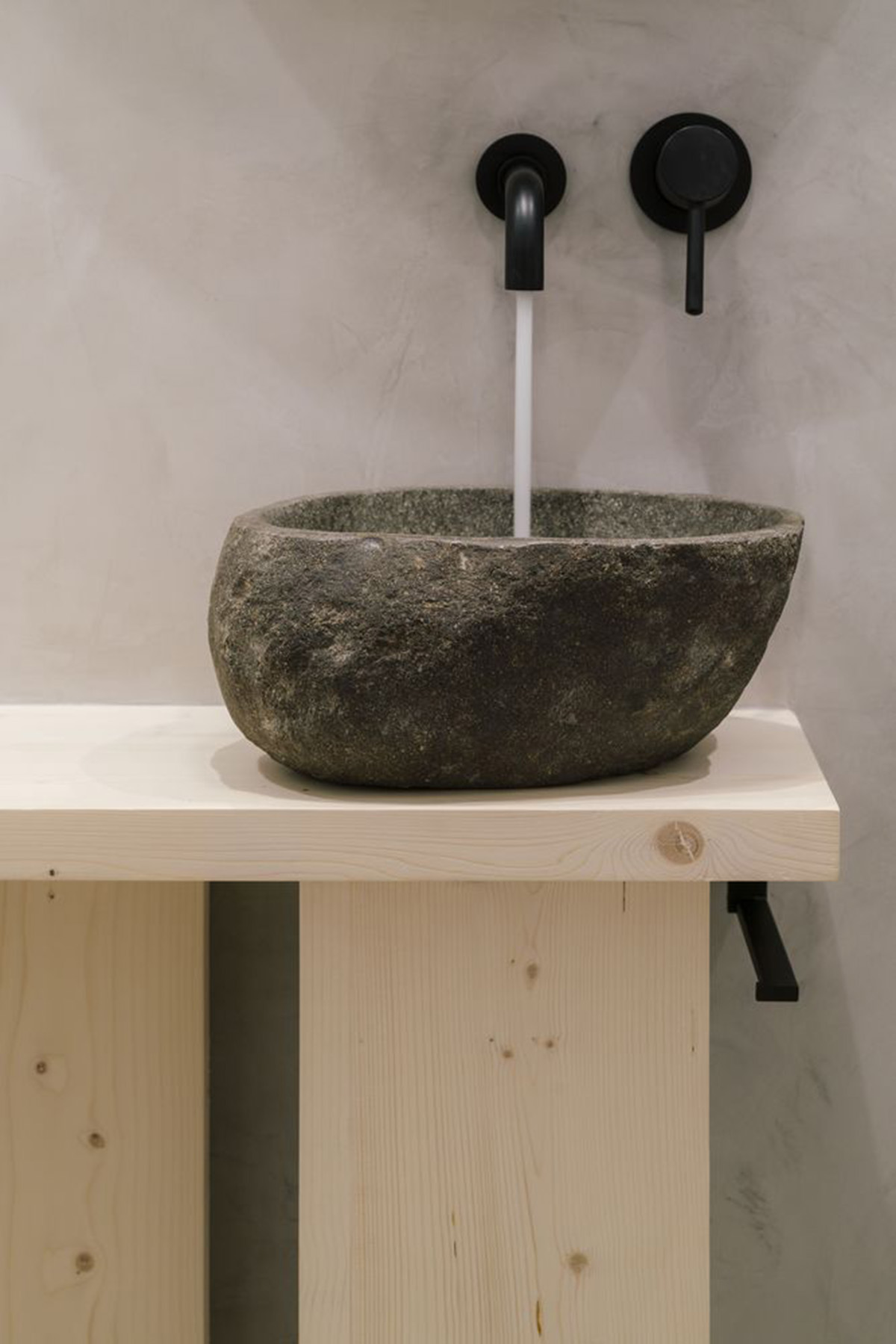