US firm Diller Scofidio + Renfro and Italian practice Stefano Boeri Architetti have won an international competition to transform Pirelli 39 in Milan, Italy, a competition was started by Italy's leading Real Estate investment company COIMA in collaboration with the Municipality of Milan.

Called Pirelli 39, it will be the first project of DS+R in Italy once built. The team's proposal was selected in the competition from 70 groups made up of 359 studios from 15 countries.

The project is being developed to regenerate the area as part of the regeneration process of the wider area that started with the redevelopment of Gioia 22 and will be completed in the coming years with the development of Pirelli 35 and Gioia 20.

The DS+R and Stefano Boeri Architetti's proposal envisages a mixed use model of public-residential-tertiary spaces through the recovery of the existing tower, the bridge building - providing a biodiverse green house - over Melchiorre Gioia and the construction of a new tower.

"Our studio is thrilled to have this opportunity to make a meaningful architectural contribution to the city of Milan, our first project in Italy," said Elizabeth Diller, Partner at Diller Scofidio + Renfro.

"As much of our work focuses on the future of cities, the Pirelli 39 project presents a great opportunity to develop a new model of mixed-use development and sustainable urban growth."

"The project combines the adaptive reuse of heritage buildings with environmentally responsible new construction, and a vibrant ‘living’ cultural destination devoted to the art and science of plants," she added. 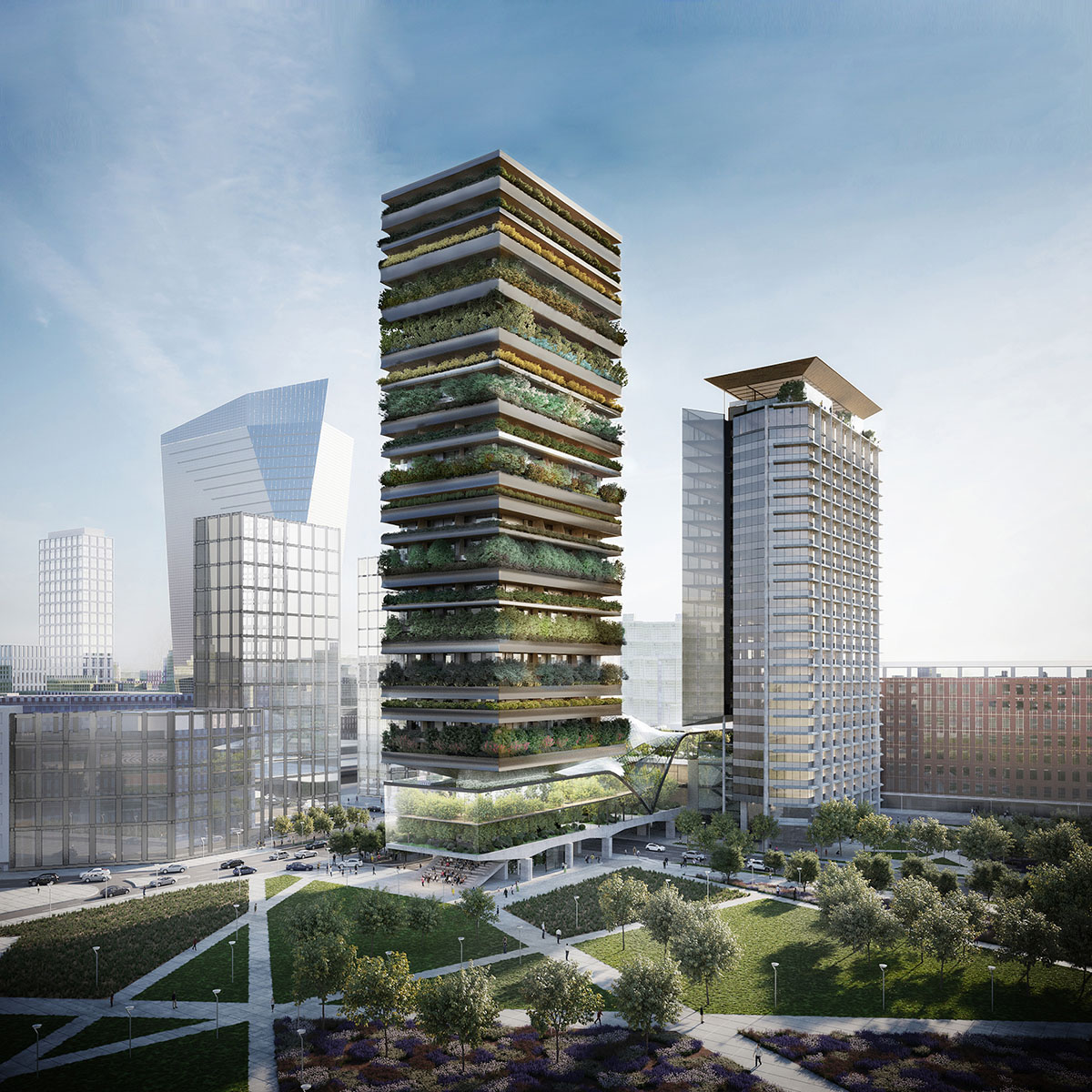 "This project relaunches the vision of a forward-looking Milan"

"This project will reinvigorate the iconic former Pirellino building, creating a new tower that mixes architecture and nature to create a green space that is open to the whole city," said Stefano Boeri, founder of Stefano Boeri Architetti.

"In such a difficult period, this project relaunches the vision of a forward-looking Milan and bravely faces the great challenges of the climate crisis," Boeri added.

"The site was decommissioned by the Municipality of Milan in March 2015, represents a significant opportunity to deliver value by upgrading the existing site, which is lacking in sustainability certifications, not compliant with anti-seismic standards, inefficient for modern use, has with structural problems as well as pollution and environmental-urban-building degradation, and bringing it in line with the buildings in its surroundings," stated in a press release.

Pirelli 39 is located in the center of the Porta Nuova Gioia area in a strategic position between the Central Station and Scalo Farini and provides access to Porta Nuova from the north towards the city centre.

The regeneration of the building has been designed to meet high impact investment criteria and to the highest standards of sustainability.

The project is the first Italian redevelopment project aligned with ESG impact objectives and Next Generation EU guidelines to be planned post-Covid. 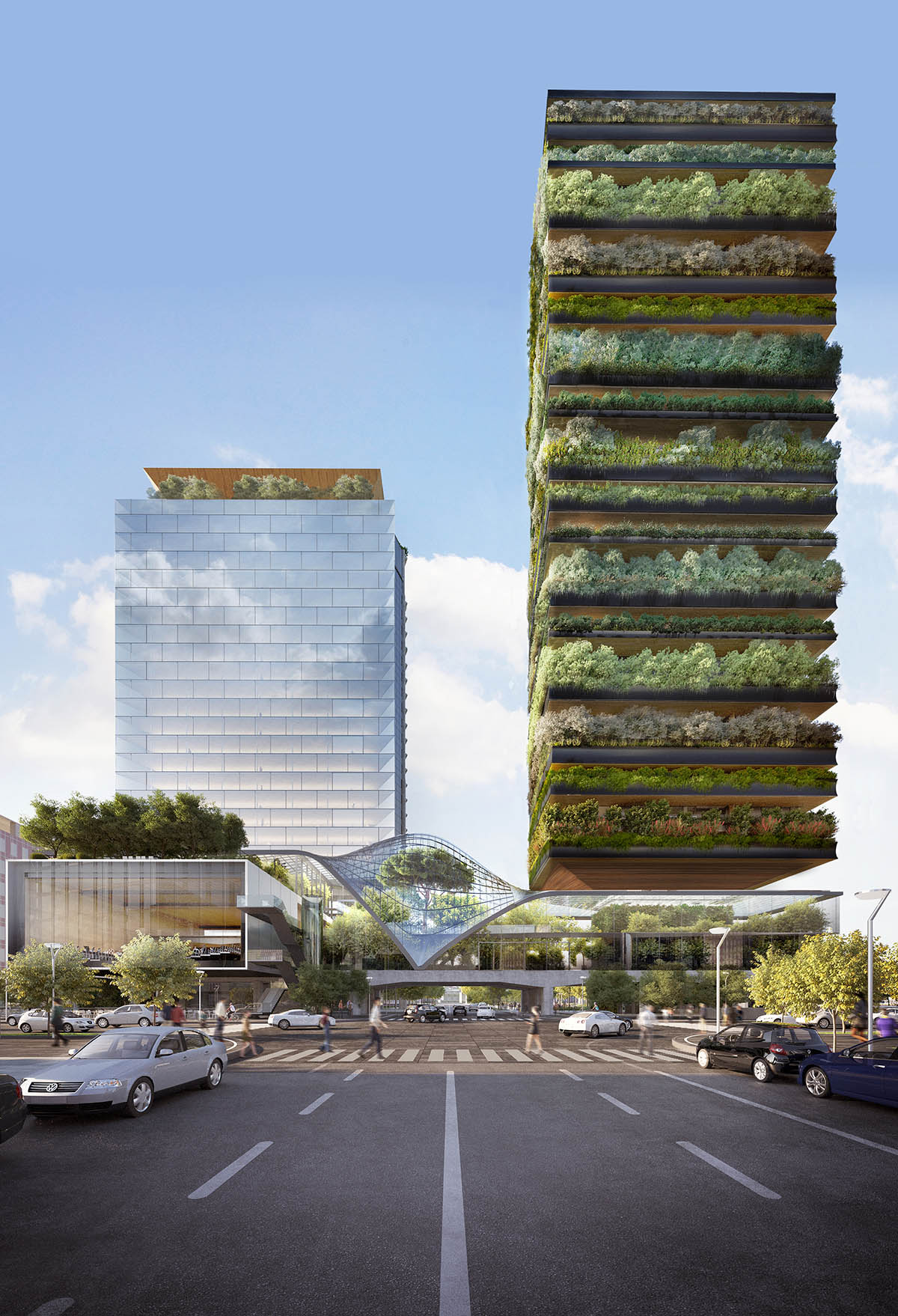 The new Pirelli 39 proposal will recover the existing Pirelli building, built in the 1960s in the Municipality of Milan - made up of two buildings, the building will be adapted to meet the current standards of office spaces in terms of innovation and sustainability and in line with the Next Generation EU parameters.

The project also involves maintaining the character of the original building, while updating it in the plant equipment and energy performance and adjusting it structurally with the aim of enabling proper efficiency parameters solving its actual limits and allowing the reuse of the existing building rather than the alternative of demolition and total reconstruction. 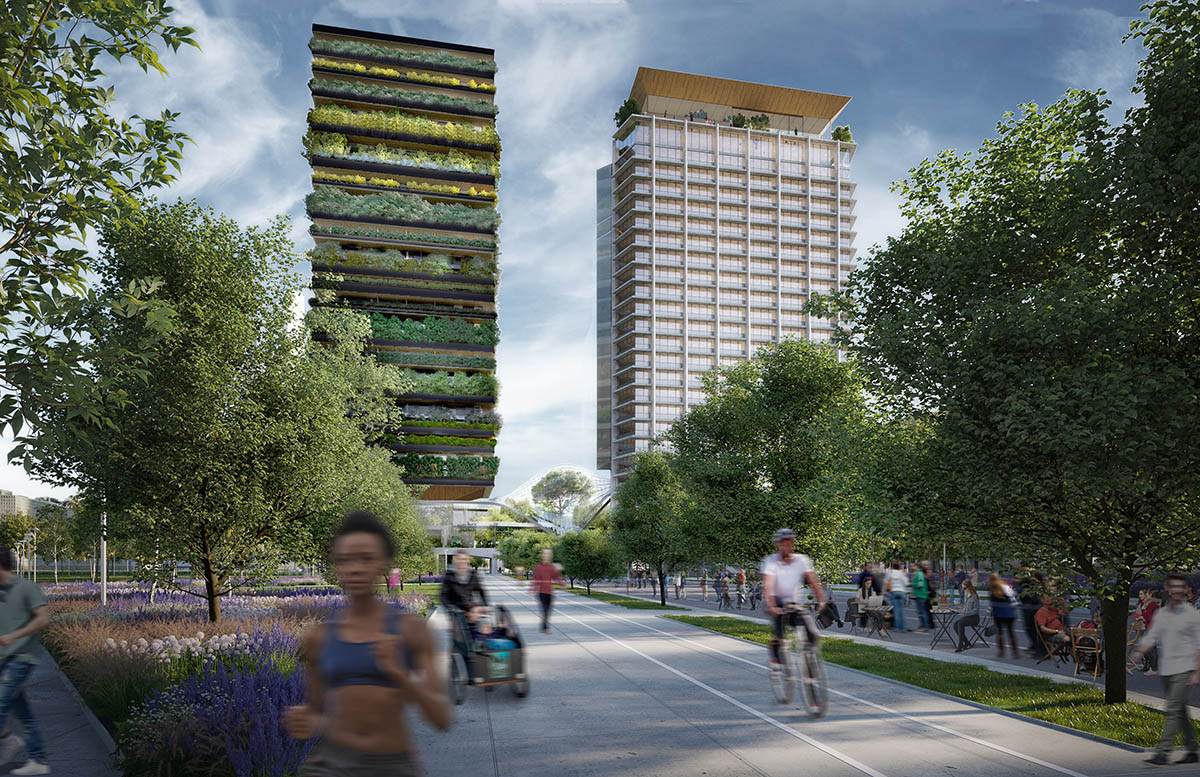 The project will also include a new residential tower, covering a total of 1,700 square meters of vegetation, distributed on the floors so that the flora and forna will change the colours of the building as the seasons change.

Thanks to its vegetation, the tower is aimed to absorb 14 tons of CO2 and produce 9 tons of oxygen per year, like a 10 thousand square meters forest.

It will include 2,770 square meters of photovoltaic panels, the tower will be able to self-produce 65 per cent of its energy needs. The building includes structural parts made of wood that will decrease its carbon footprint, including 1,800 cubic meters of wood for the floors that will save up to 3,600 tons of carbon dioxide in the construction phases. 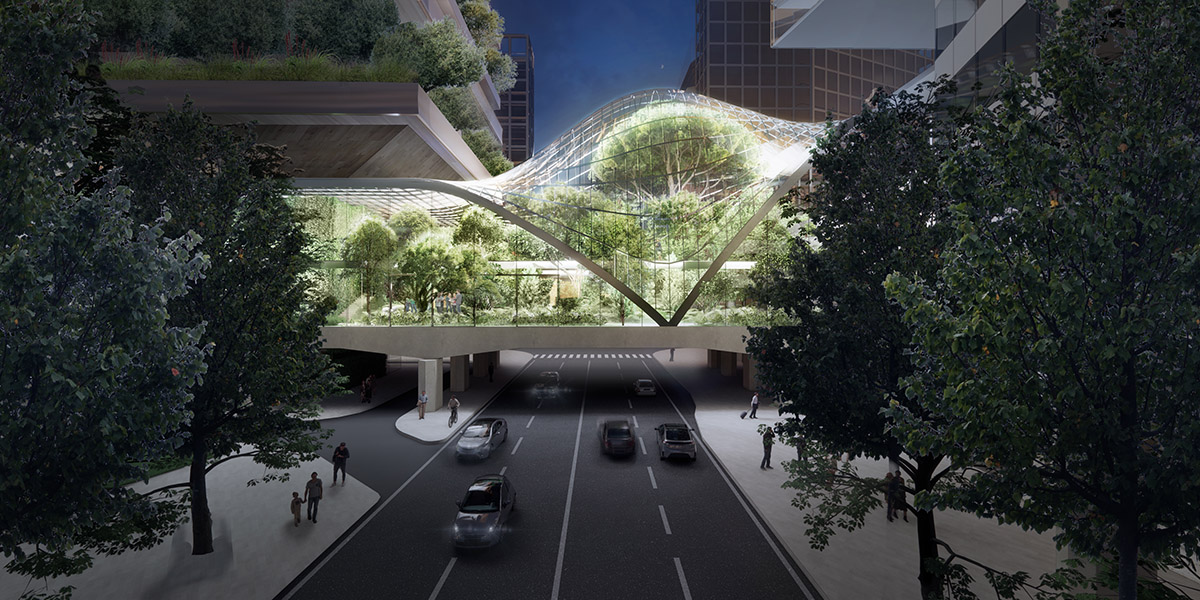 The development will contain a bridge building that will be a new hub for for events, shows and exhibitions, with meeting and wellness areas. This project will redesign the separating "wall" on Via Melchiorre Gioia by creating a new hub through this bridge building.

Designed as "a biodiverse greenhouse space" as an extension of the Biblioteca degli Alberi, it will be a dedicated laboratory to provide an immersive, educational, interactive and innovative experience among various plant species.

The acquisition and development of Pirelli 39 represents more than €300 million of investment and will create more than 5,000 jobs in the design, construction and delivery phases.

All images courtesy of DS+R and Stefano Boeri Architetti