The Adda Experiment Re-imagines Public Spaces With Elements of Play 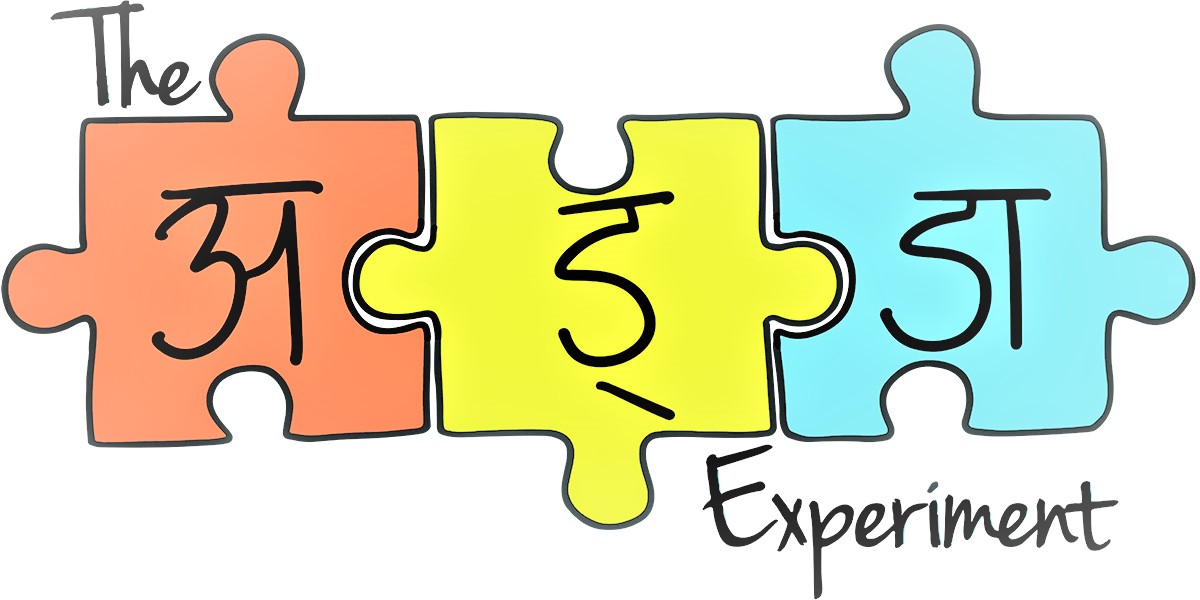 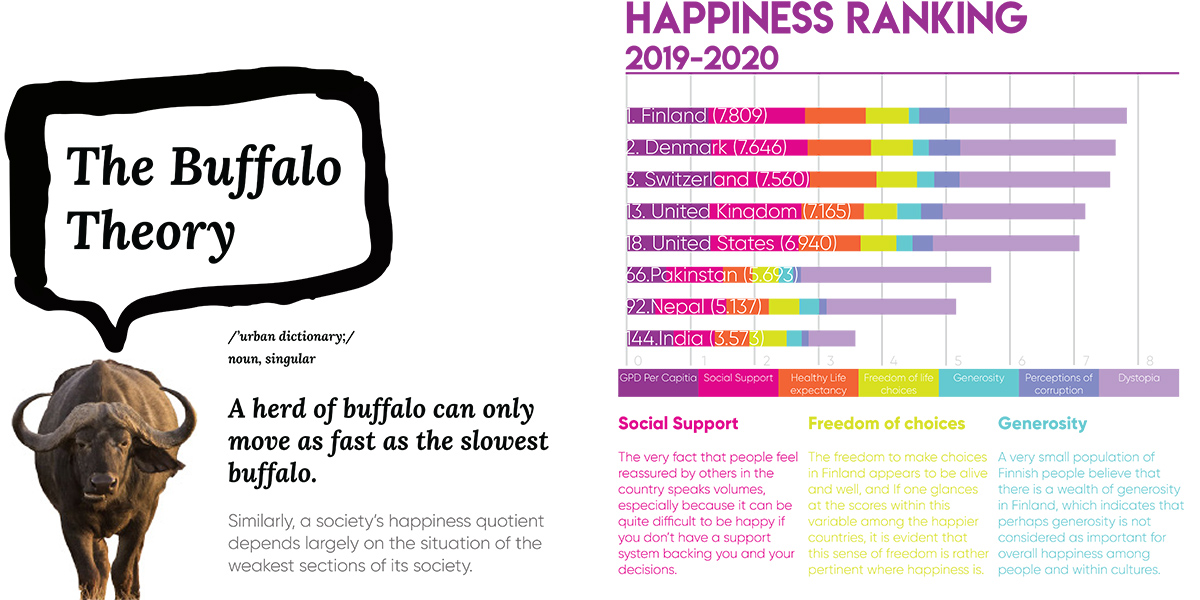 TAE also functions as a research group to explore the current state of urban recreation and match it with appropriate case studies to show possibilities increasing the child’s opportunities to play. Their research tells us that India’s levels of urban happiness have been declining over the last five years, in congruence to the poor ranking in the Human Development Index. 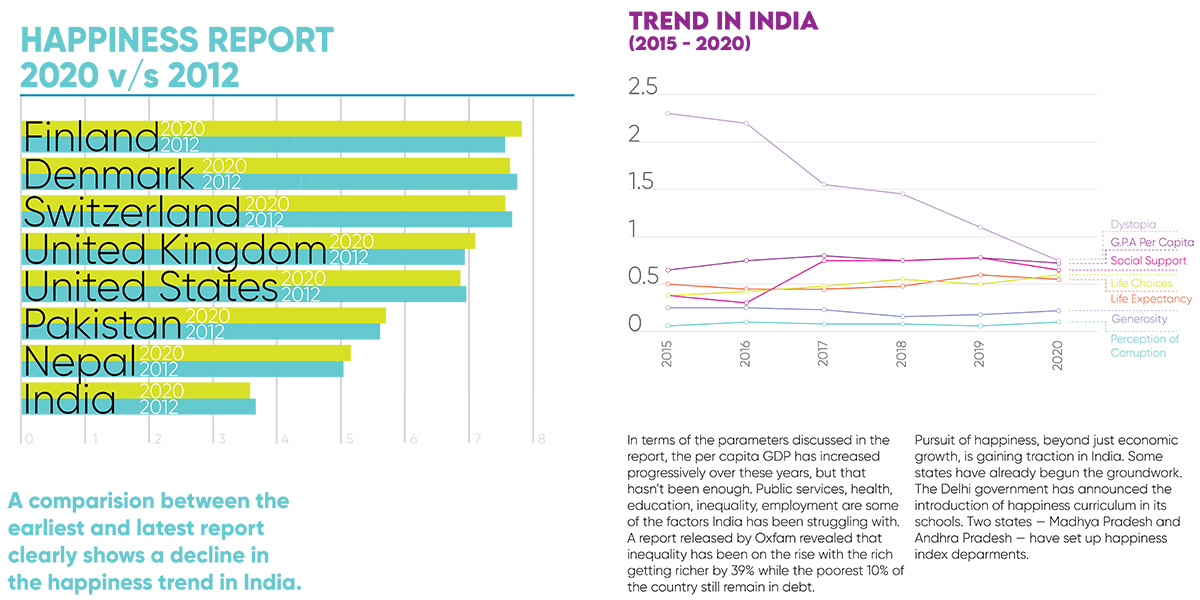 These issues can be traced to have roots in India’s deeper problems such as poverty and migration. It is important to note here that children are included as customers of these perils too. Having said that TAE’s research is conclusive that child-centric urban spaces are crucial for developing sustainable cities and progression in happier living. The exploding global population increases the child-head-count making them the user of top priority in a city. 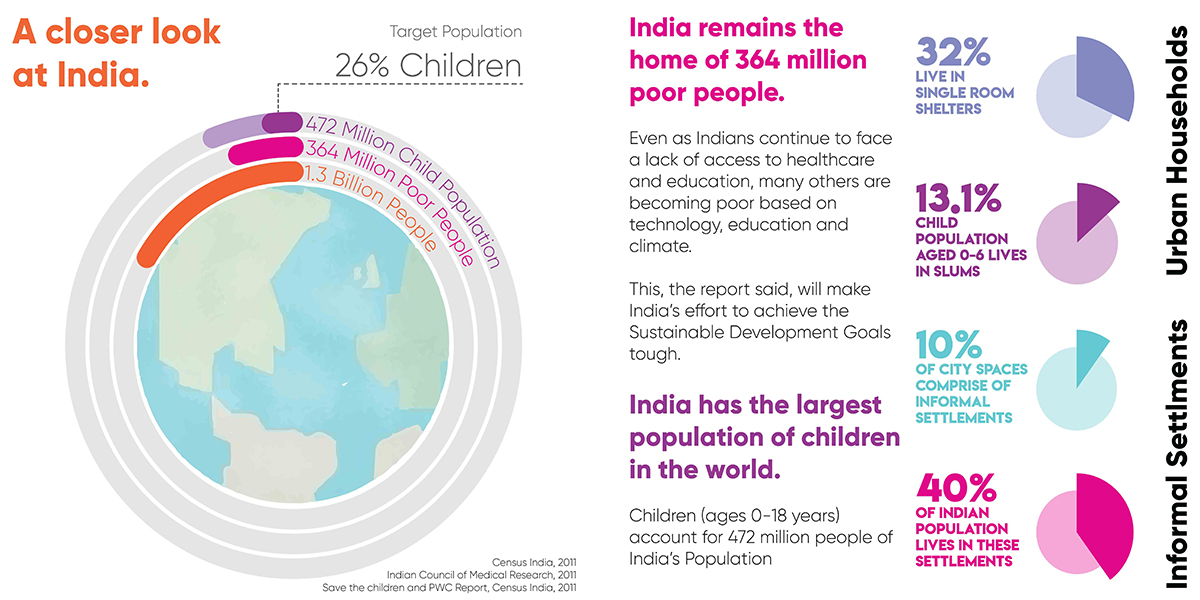 Riya Chadha, founder of The Adda Experiment performed a thesis about public space integration into the city, which exposed her to the disheartening and challenging urban environment that communities lived in. Titled, ‘Public spaces act as a catalyst in upgrading and integrating the urban poor within the city’, therefore inspired the group to research and design simple spaces conducive to the idea of play.

“As part of my thesis”, says Riya, “I had chosen to study, analyse and design in a JJ cluster in Vasant Kunj and all the interactions with the residents of the community stayed with me. It was disheartening to see the conditions they live in and the lack of public spaces for them. In an attempt to turn that research into a small built intervention, this passion project came alive.” 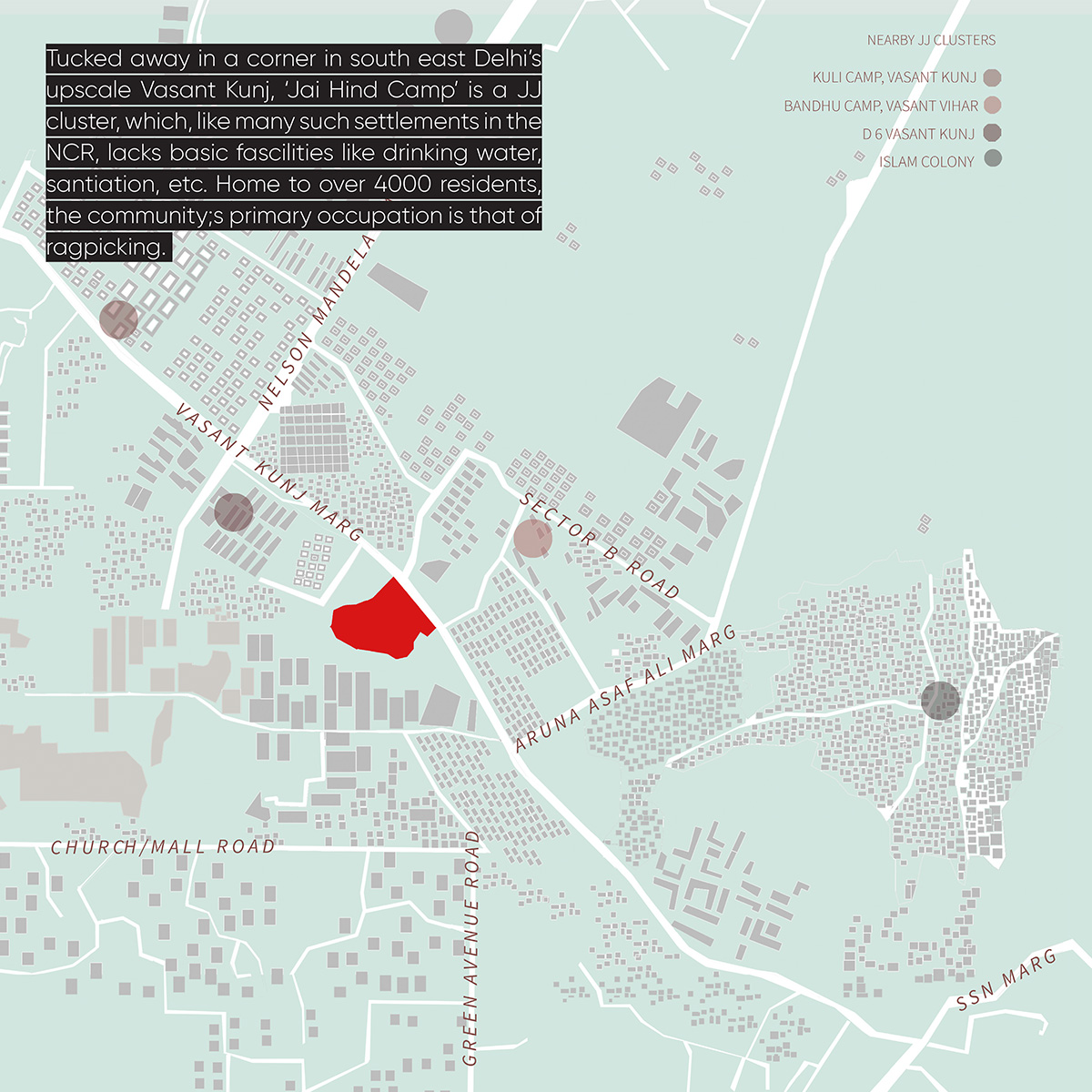 Delhi, for instance, has been an example reflecting that there is a lack of equal public spaces for all the different communities one could find in the city. TAE’s effort is also to work with such communities to build awareness about this shortage and that public spaces can be more recreational for all. On that note, the concept of amalgamating public spaces with play is one of TAE’s aims. 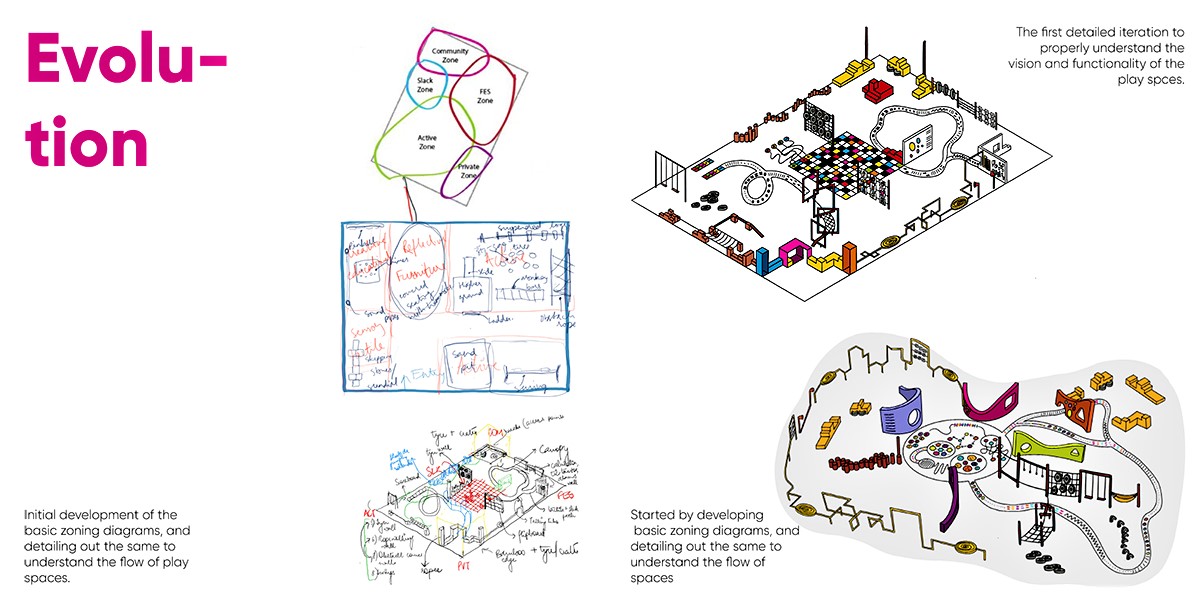 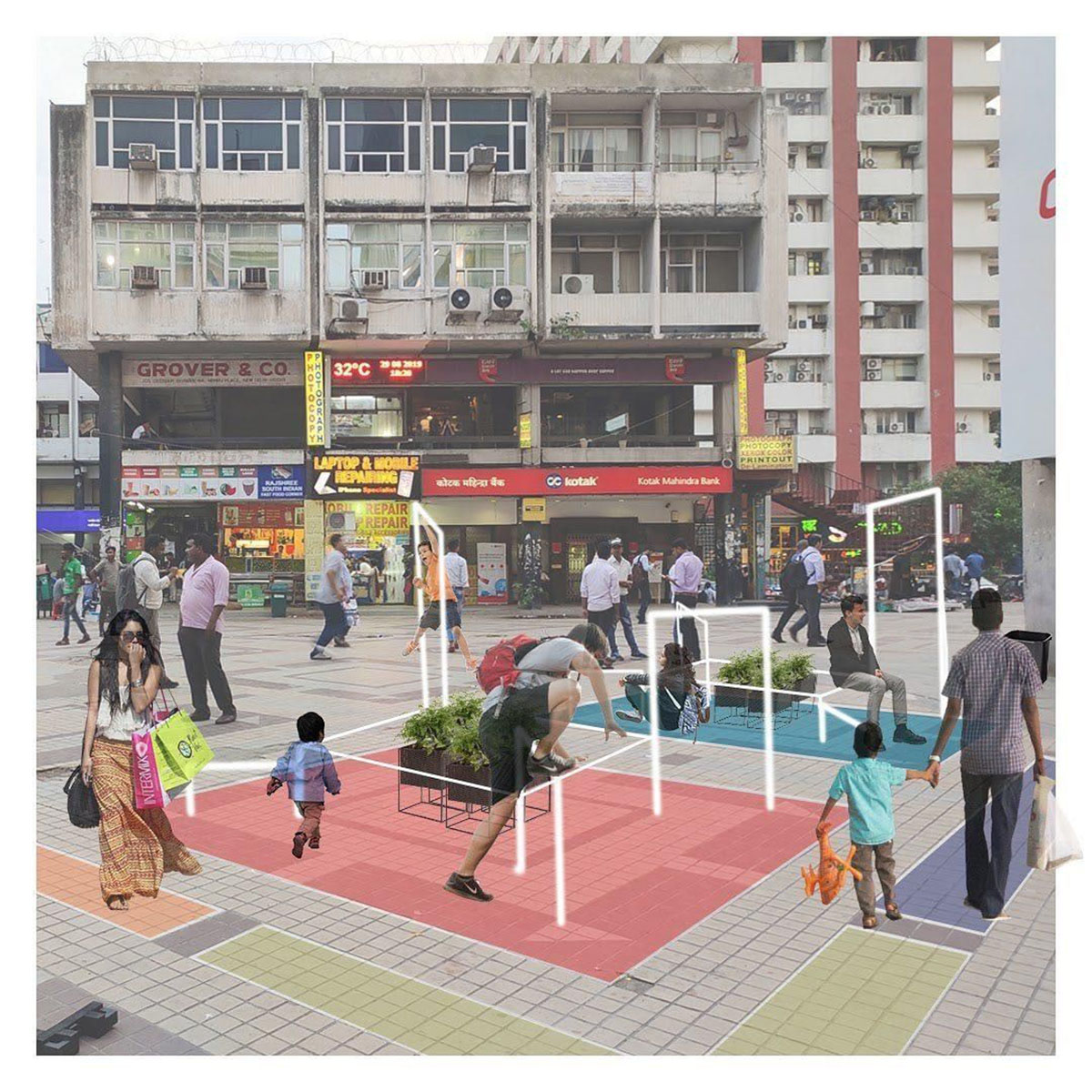 Riya (Sushanth School of Art and Architecture, Gurgaon) is part of the team along with architects Kamya Khandelwal (SPA, Delhi), Chakshu Chopra (SPA, Delhi) and Yash Rathore (final year student at SPA, Delhi), who joined hands with similar passions for positive interventions in urban spaces. TAE has engaged in community workshops, fundraising and collaboration with civic authorities for implementing these ideas. 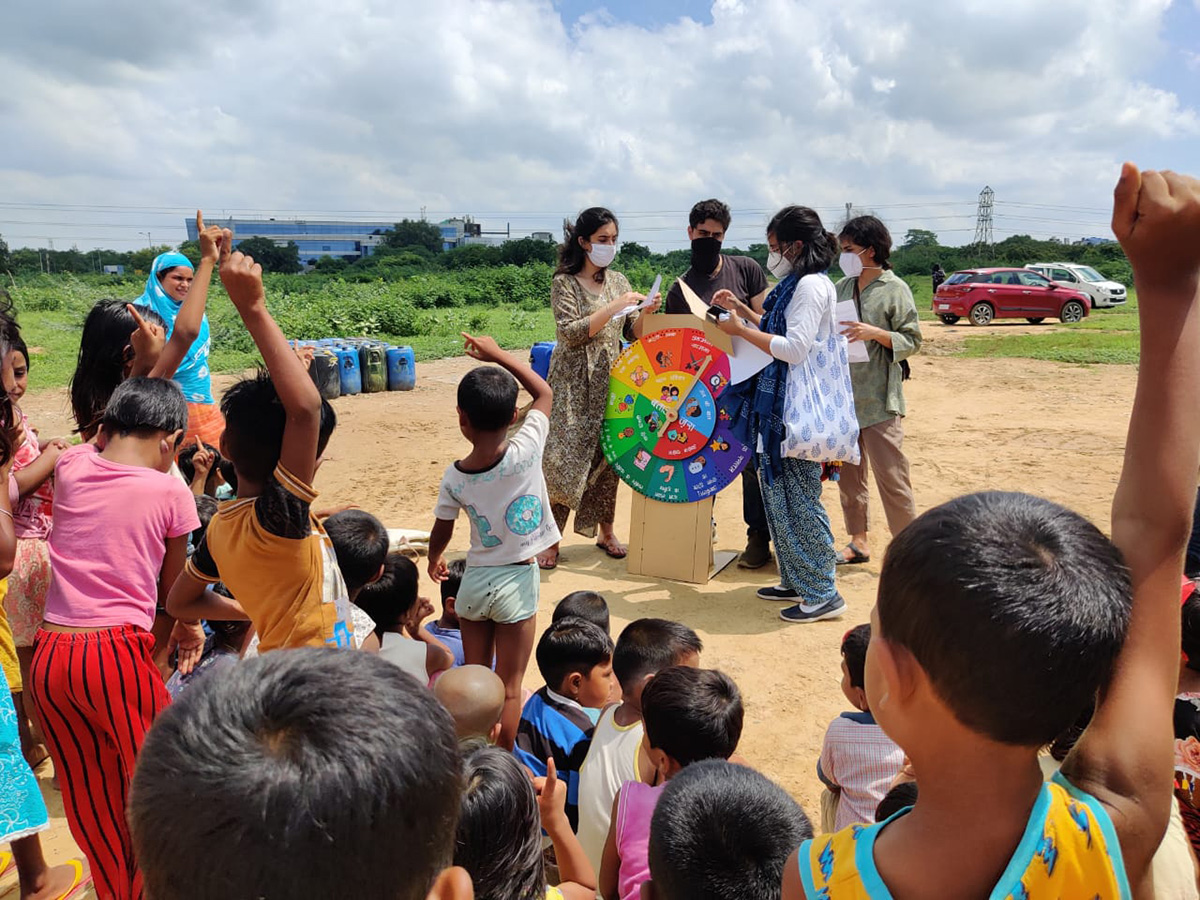 Following up with their research, TAE collaborated with Jai Hind camp to interact with the children there, to find cues on what play spaces will suit them best. Two Pinwheel games were designed to ask the children questions on their life at the camp and their favourite games among tug of war, hopscotch, jumping jacks, and more. 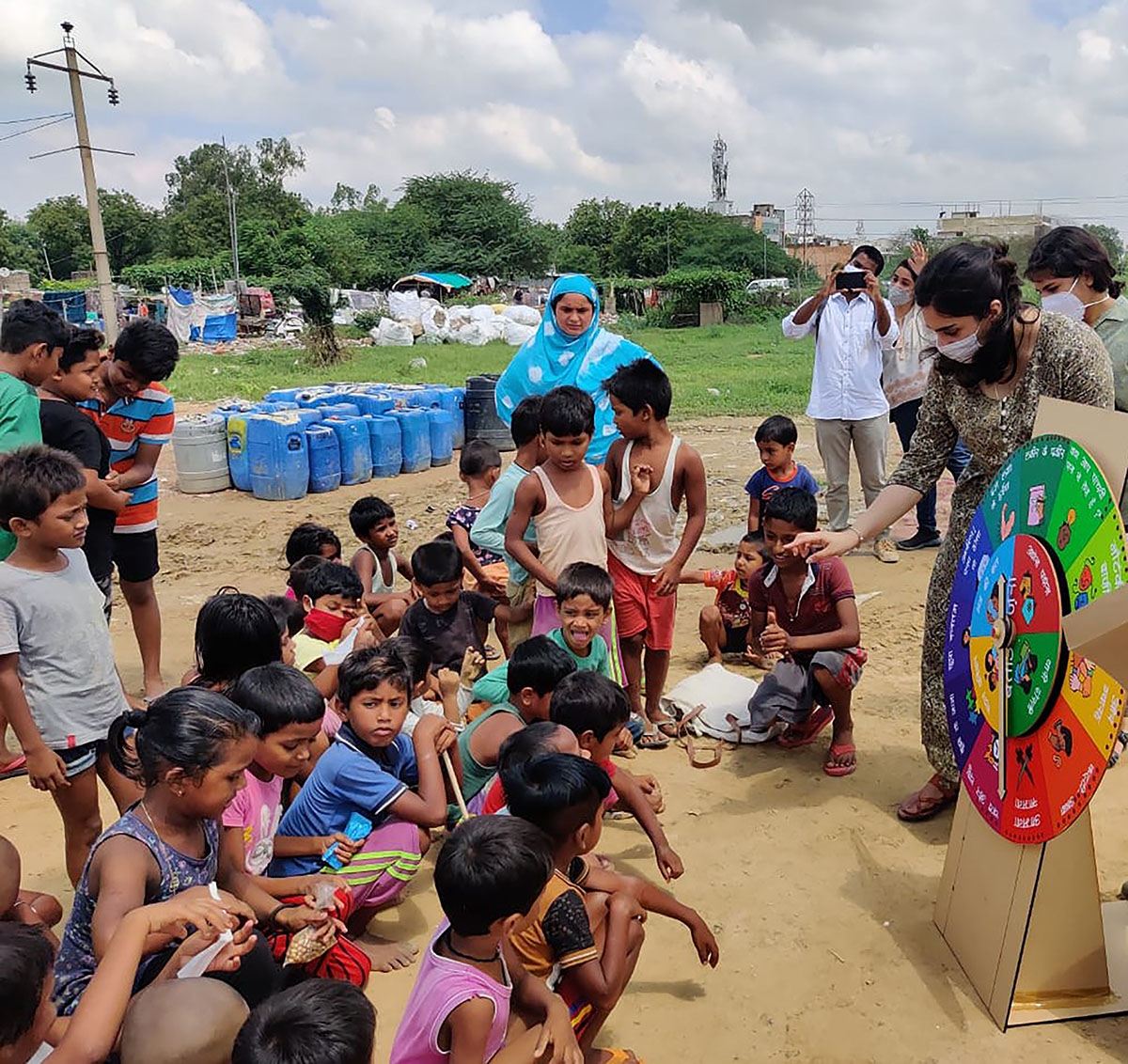 TAE is currently a member of the “Main Bhi Dilli Campaign”, which is a group of organisations voluntarily working with civic authorities and the National Institute of Urban Affairs to contribute to the Delhi Master Plan 2041. The group deliberates on urbanism, housing, transportation, construction worker safety and home-based work practices. In addition to this effort, TAE recently took part in the Youth Sabha which discussed safe and equitable access to public spaces in Delhi. 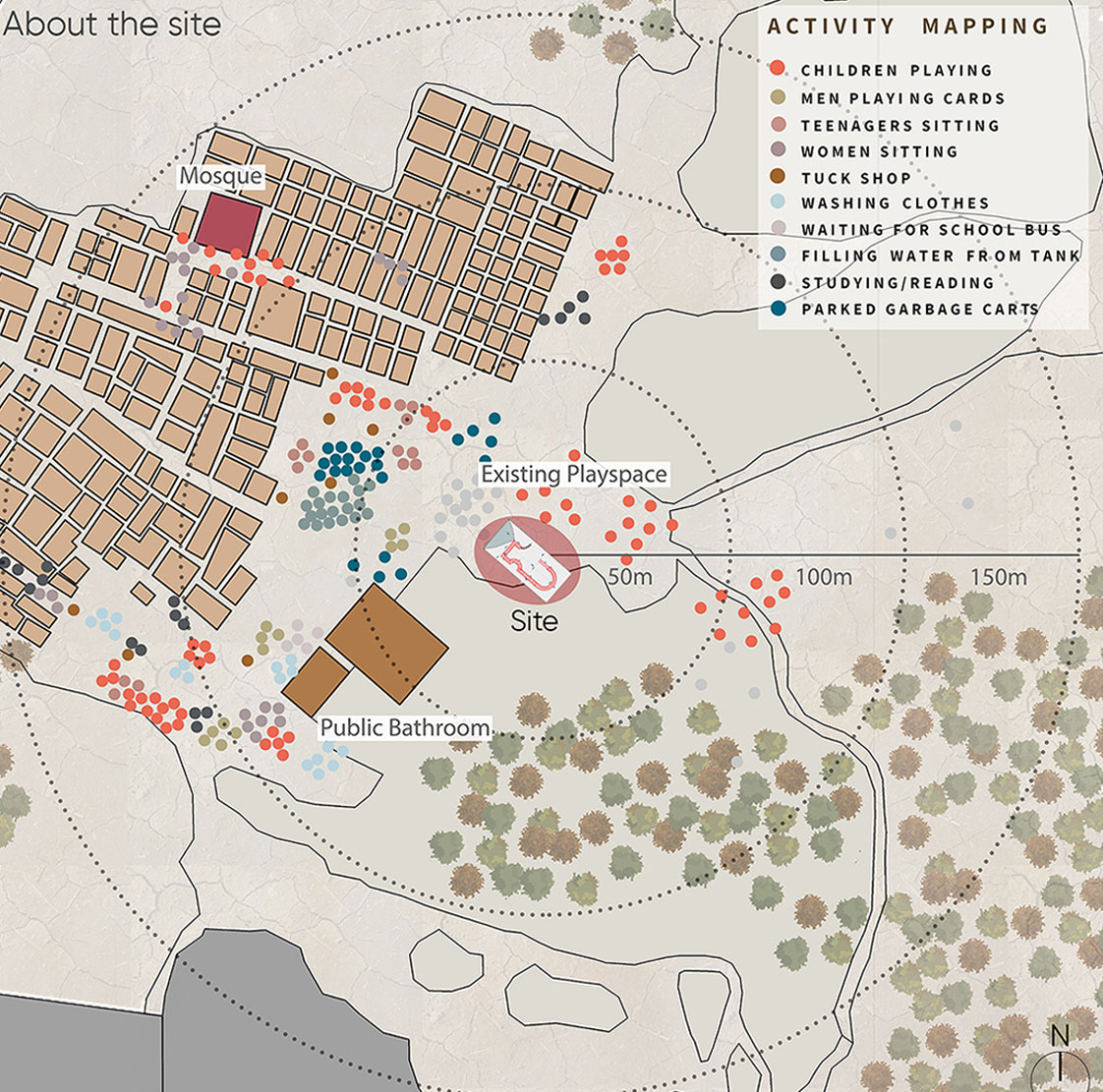 TAE has also collaborated with School Ki Ghanti for a community engagement workshop through online learning. During the pandemic lockdowns, the team opted to introduce 2 weeks of “play, through phone calls” where the children were asked questions through a story to understand their ideas of play, public spaces, and leisure. 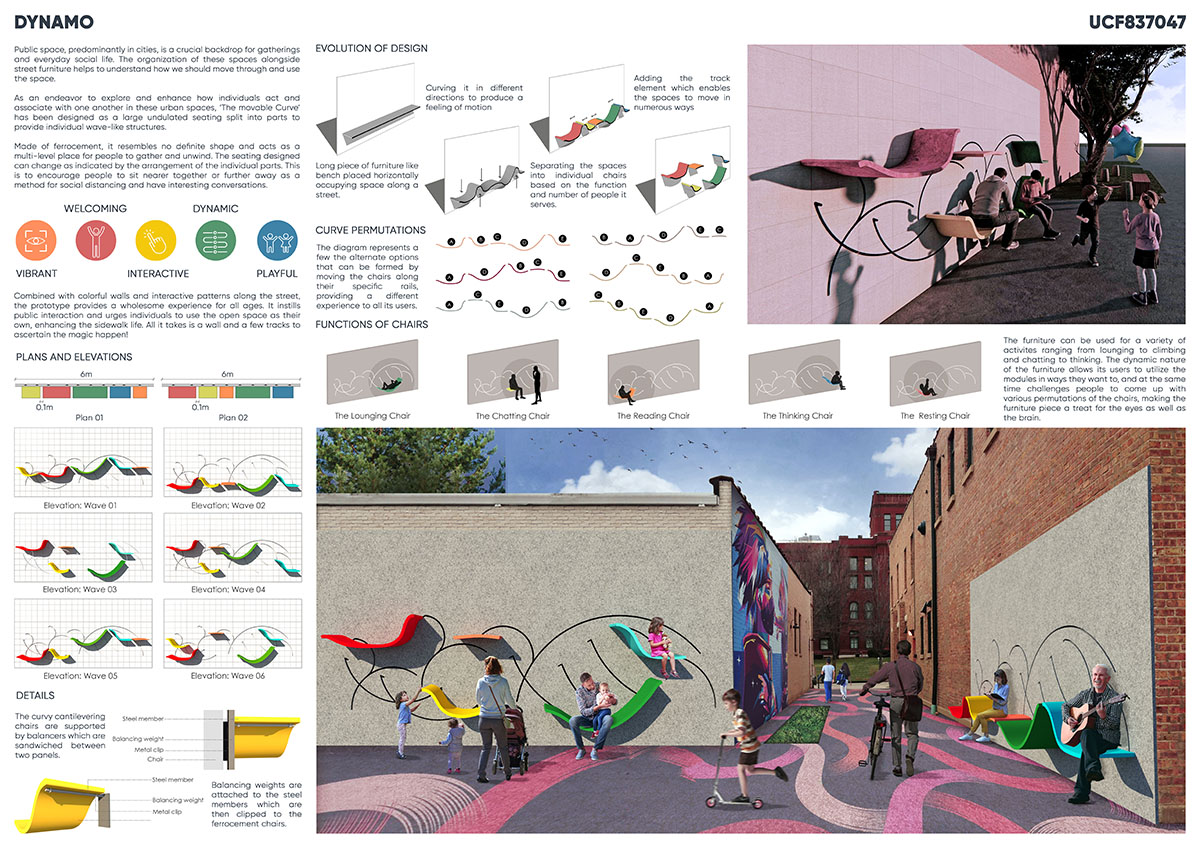 Entry for “Urban Chair” competition by Archasm-2nd prize amongst 212 participants.

TAE has won the “#RealPlayCityChallenge”, a photography contest focussed on depicting the play in the entrant’s city, organized by STIPO, an urban development team in the Netherlands. Also recently the team too emerged as runners up of ‘The Urban Chair’ competition organized by Archasm. TAE’s social media updates can be followed on their Instagram.

All images © The Adda Experiment.

> via The Adda Experiment