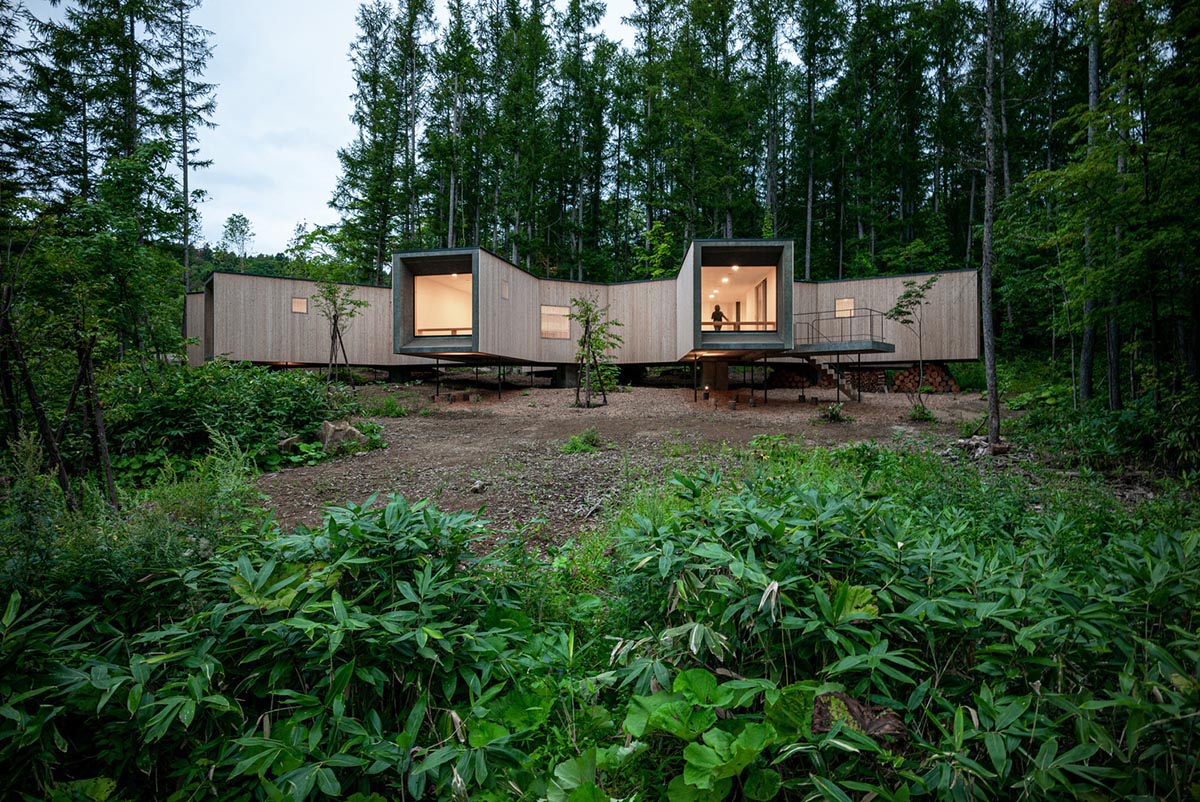 Tokyo-based architecture firm Florian Busch Architects has create a branch-like retreat in a forest in Rankoshi, Japan. Named House in the Forest, the house was designed as a holiday house to escape to forest’s solitude in Japan.

The house is organized in ten branch-like protruding volumes to frame a beautiful view of the forest. Covering a total of 230-square-metre area, the house is situated at a site from a short distance from Niseko’s ski slopes.

The site proposes a silent atmosphere which is the antithesis of the vacation bustle that has turned several of the renown ski area’s towns into a haphazard sprawl of increasingly suburban dimensions. 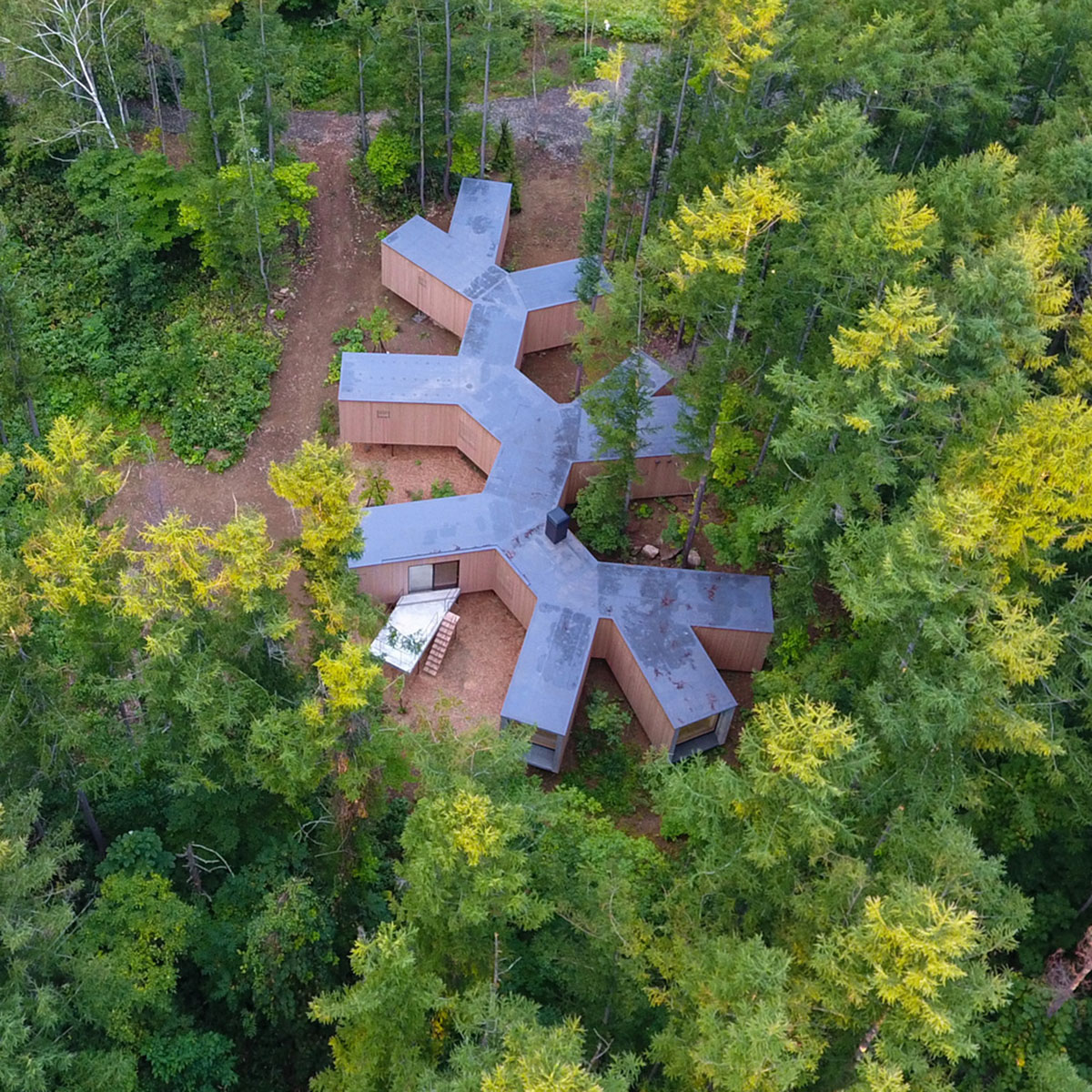 Designed for a client who has a large family, the house is enchanted by the beauty of the region but disturbed by this relentlessly encroaching pseudo-suburbia.

"Consequentially, the brief is not for a house but for a time in and with the forest," said the studio. 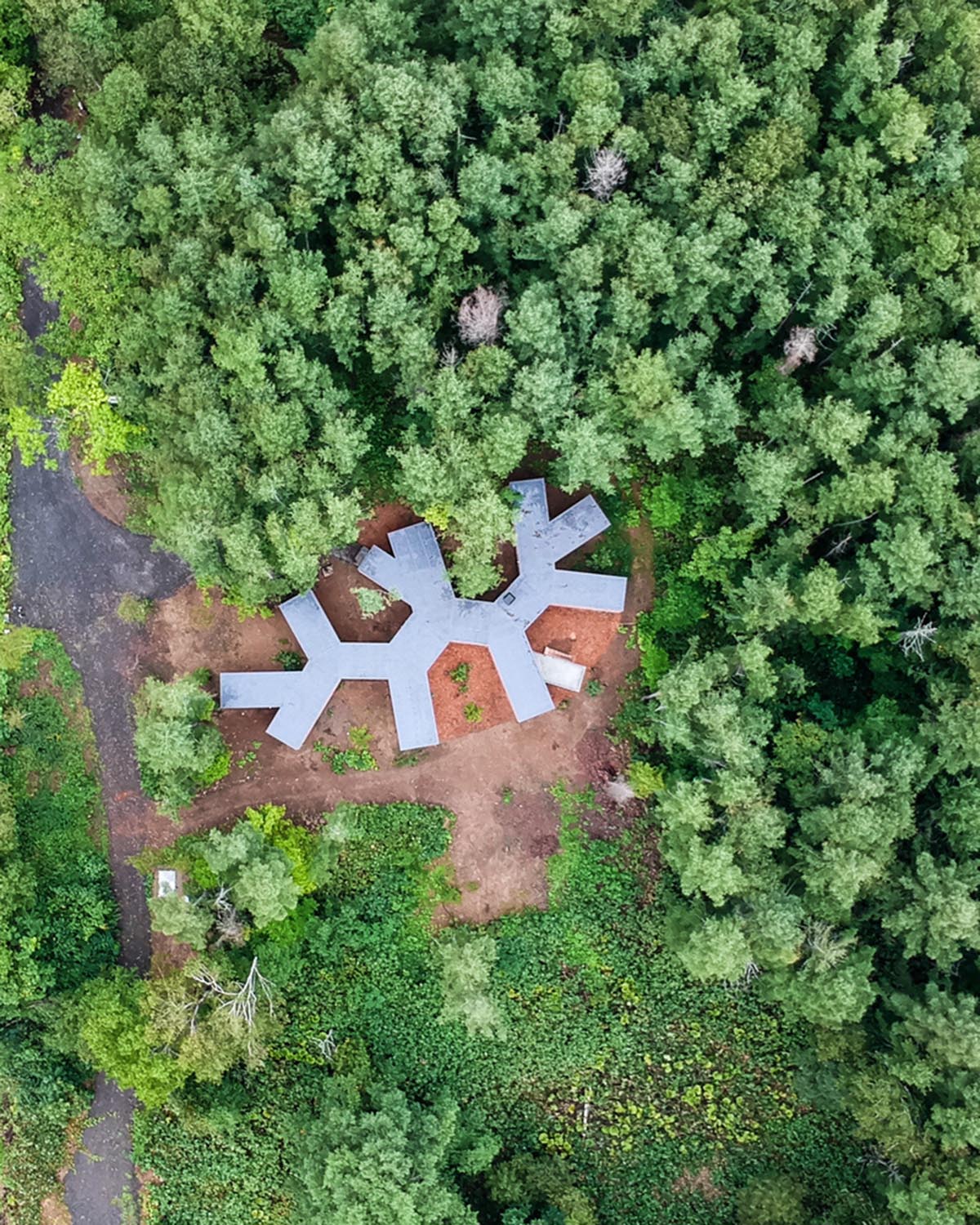 "The site is an almost perfect square with 160-metre-long edges, filled with tall pine trees," added the firm. As the architects approach, a mound prevents any views into the site: The only access, a small rural road running along the northern boundary, was lowered many years ago.

After the architects climb up this mound, they stand between the trees. A gentle slope leads down towards the south for about 100 metres before the top of a steep acclivity demarcates the site’s southern border. About half-way in, there’s a clearing at the site’s western boundary. 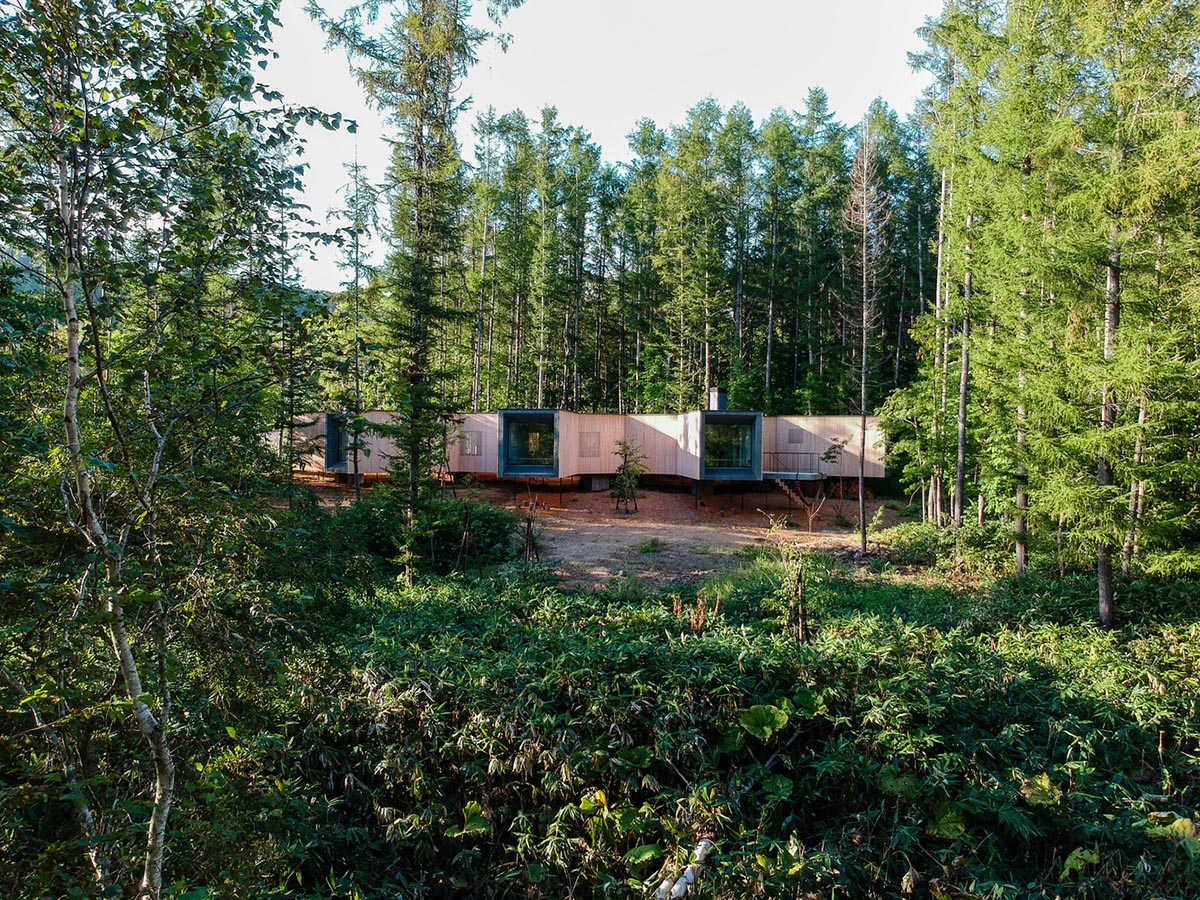 "Moving between the trees evokes curiosity. We are probing the surroundings. Every subtle movement changes the depth of our perception." 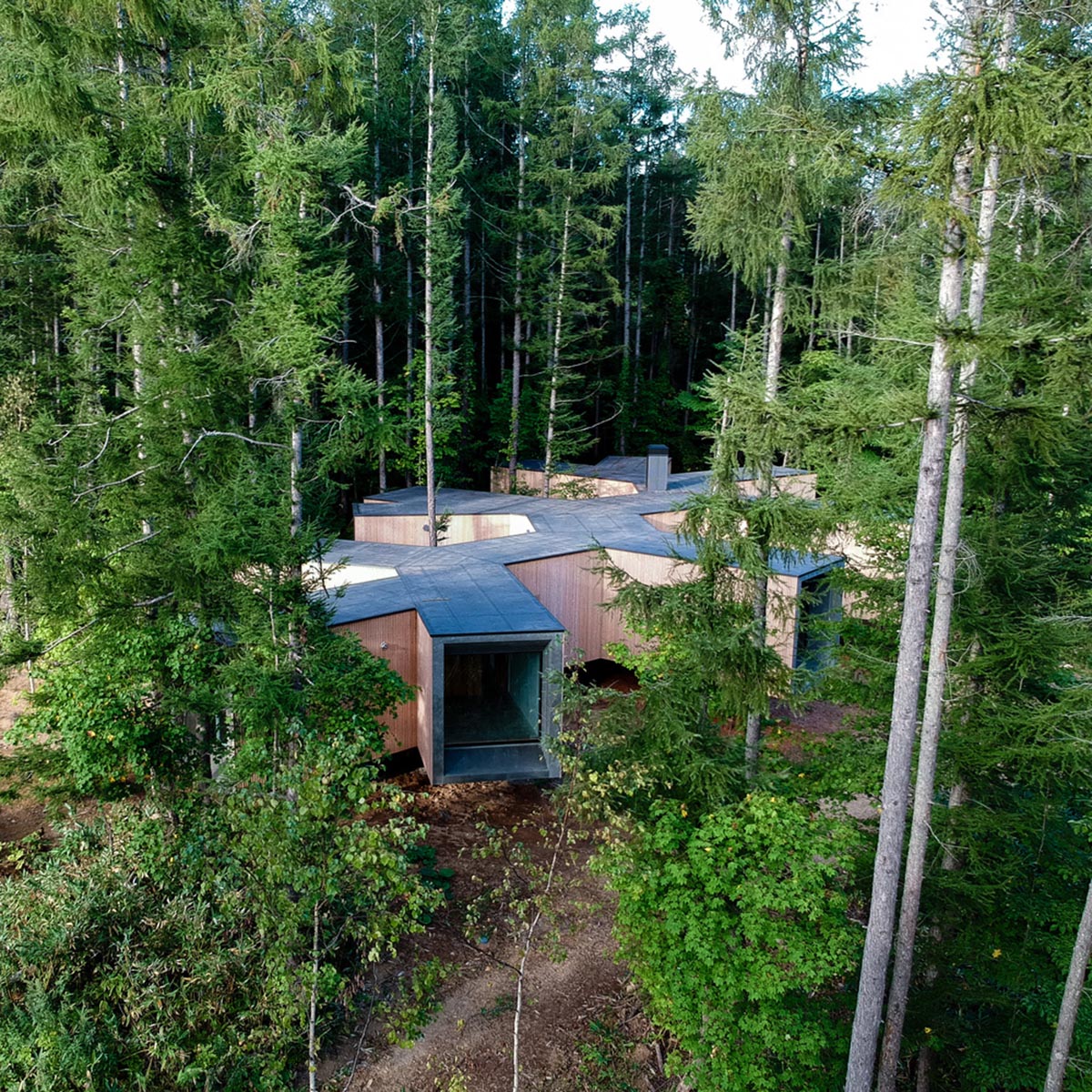 The clearing that the studio has discovered is the site’s only place where the distance turns the trees into an abstract background. Yet instead of placing the building in the middle of the clearing (which would result in 360 degrees of background), the architects keep meandering between the trees at the edge to the clearing, protected by the trees around us. 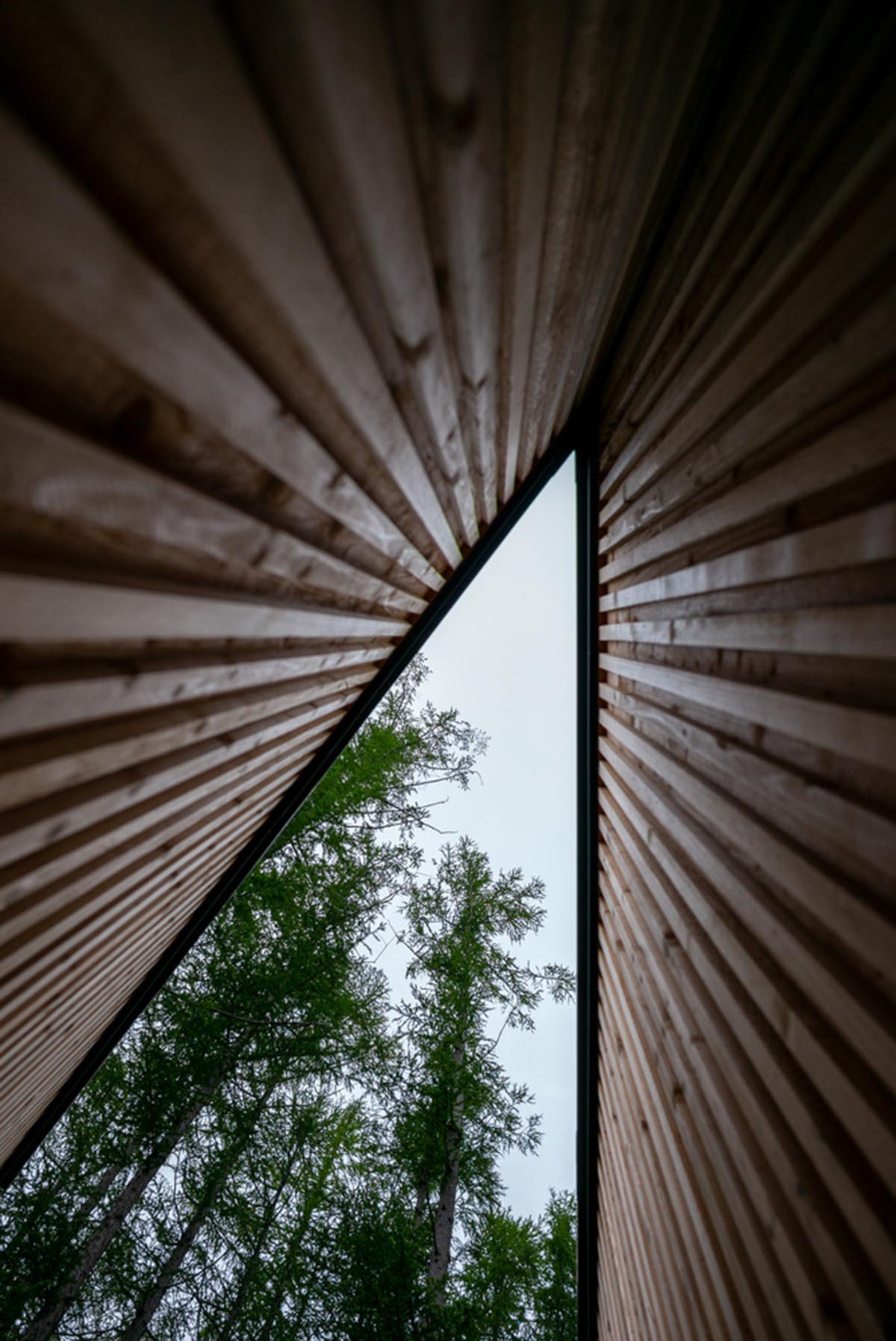 "As our views keep changing from far to near, the forest is both distant background and tactile environment."

The end of each protruding volume is opened up and presents a zen-like view. "The closer we move to the extremes (the end of the branches), the more we are drawn into the forest," the architects added.

"While the protection of the inside separates us physically from the experience of the forest, the focus and scale of the windows to the forest intensifies it. We are sitting in the forest." 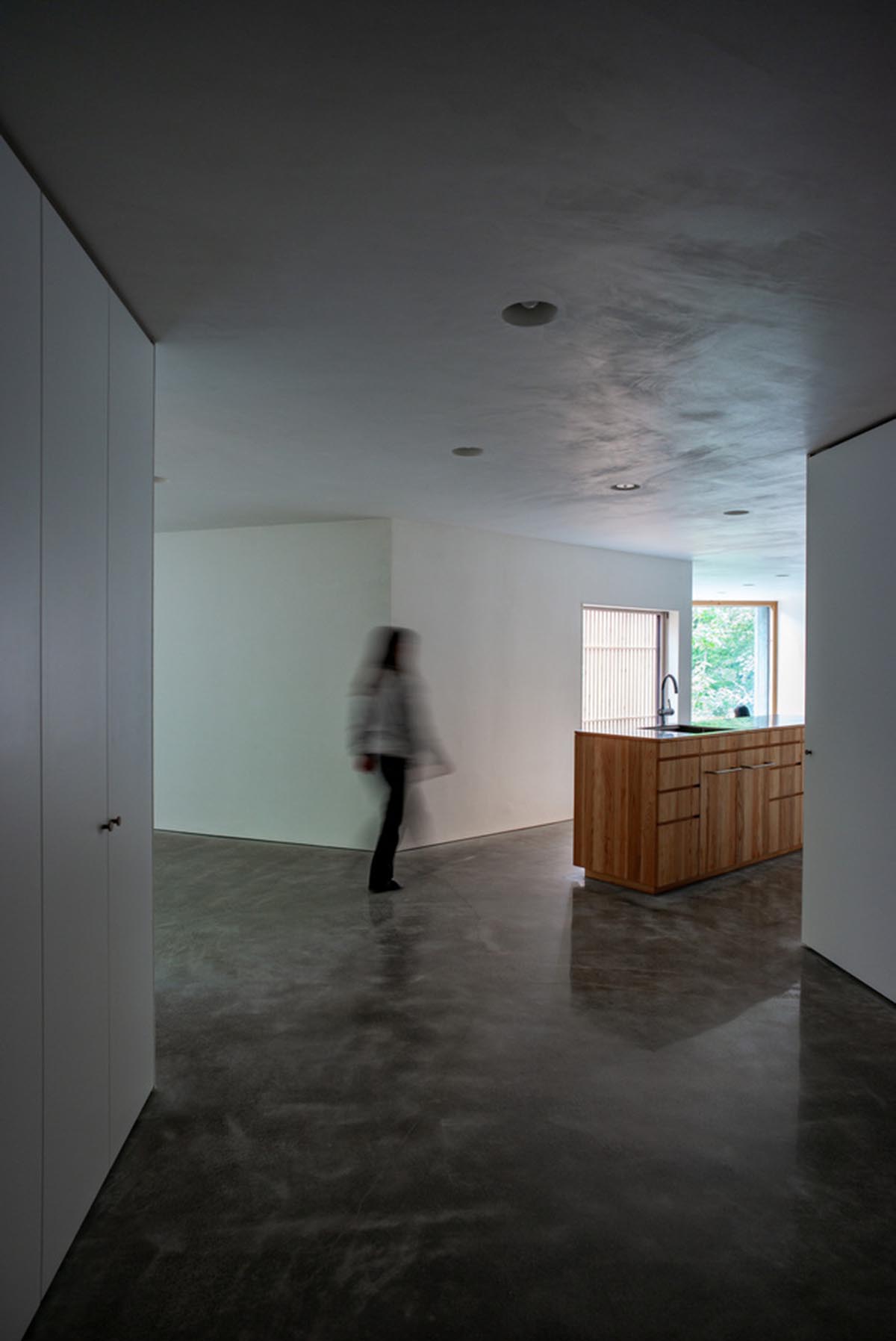 Through the house's central spine, this focus of selection is replaced by a multi-faceted instantaneity. As the house provides a multitude of views towards the forest, the interior spaces are filled the space with green, "the original experience inside the forest is always present," the studio summarized. 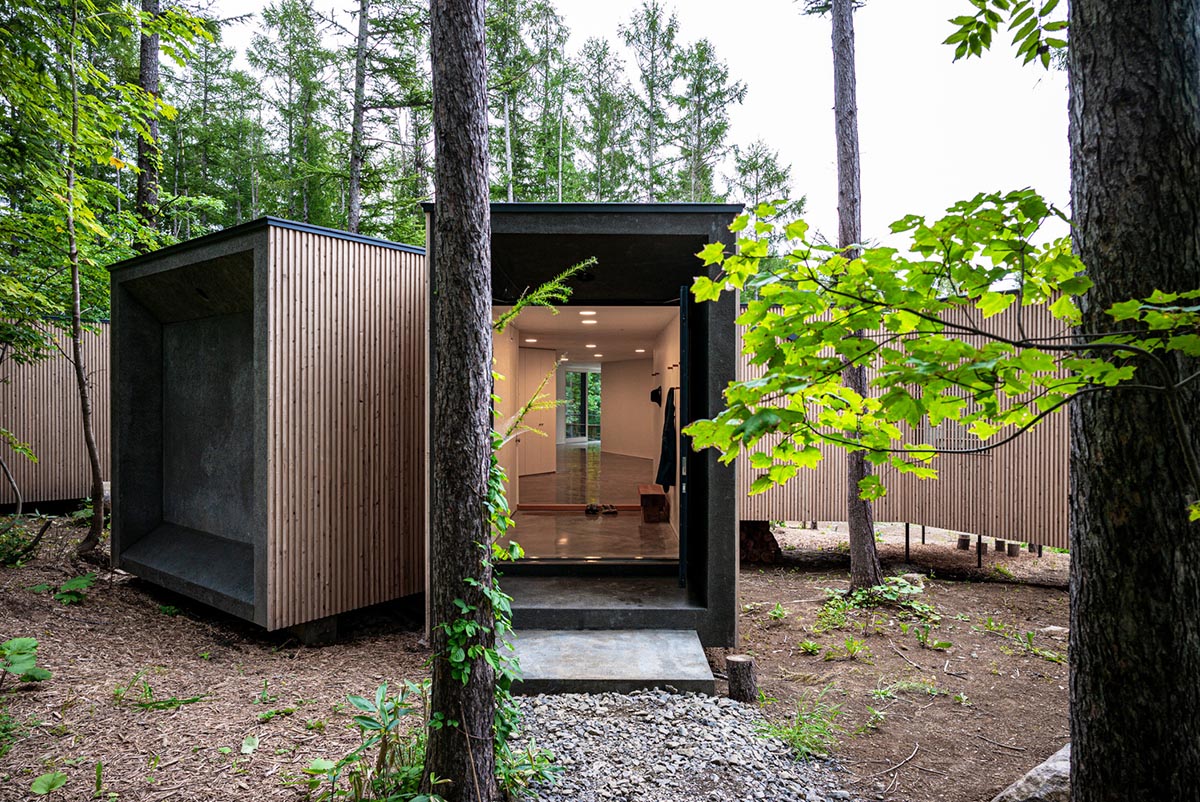 "The House in the Forest is not about a fixed form but an ever-changing dialogue with the forest," explained the studio. "The eventually built is merely the result in a process of probing and responding to the surroundings to create a place where the family can be both together and by themselves, where they can become part of the forest." 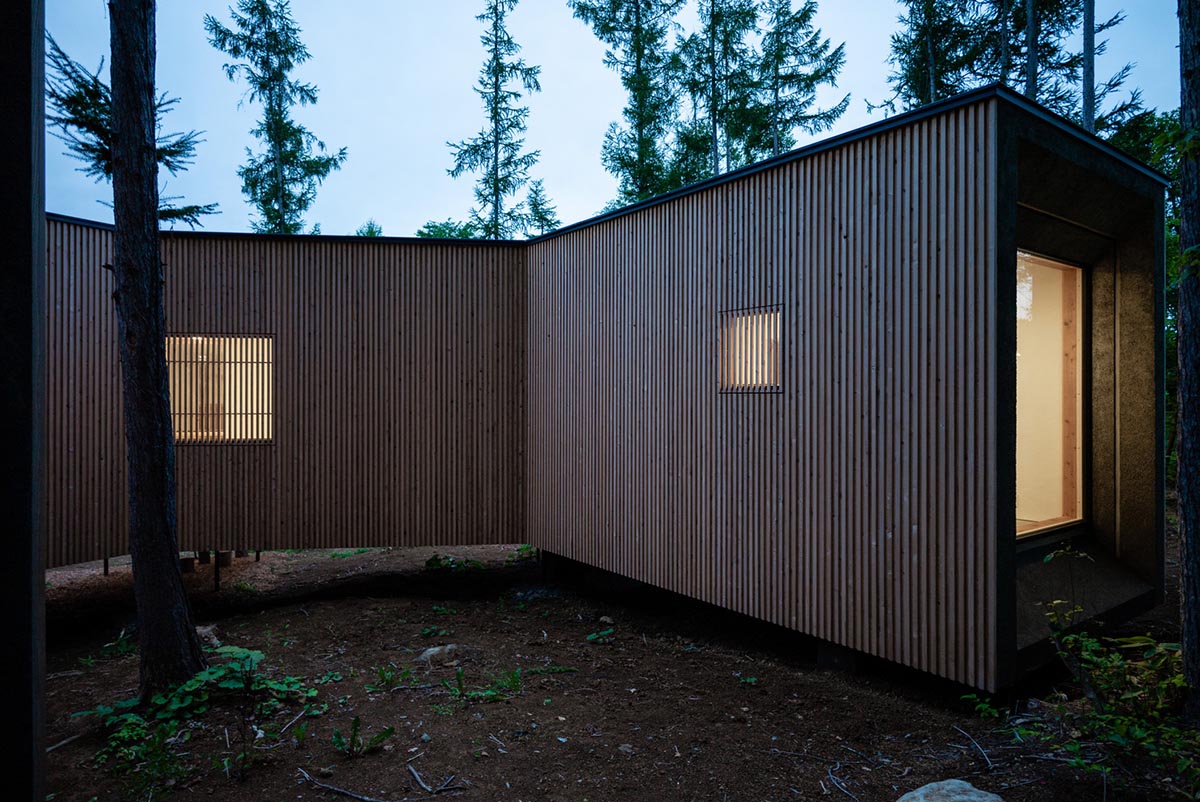 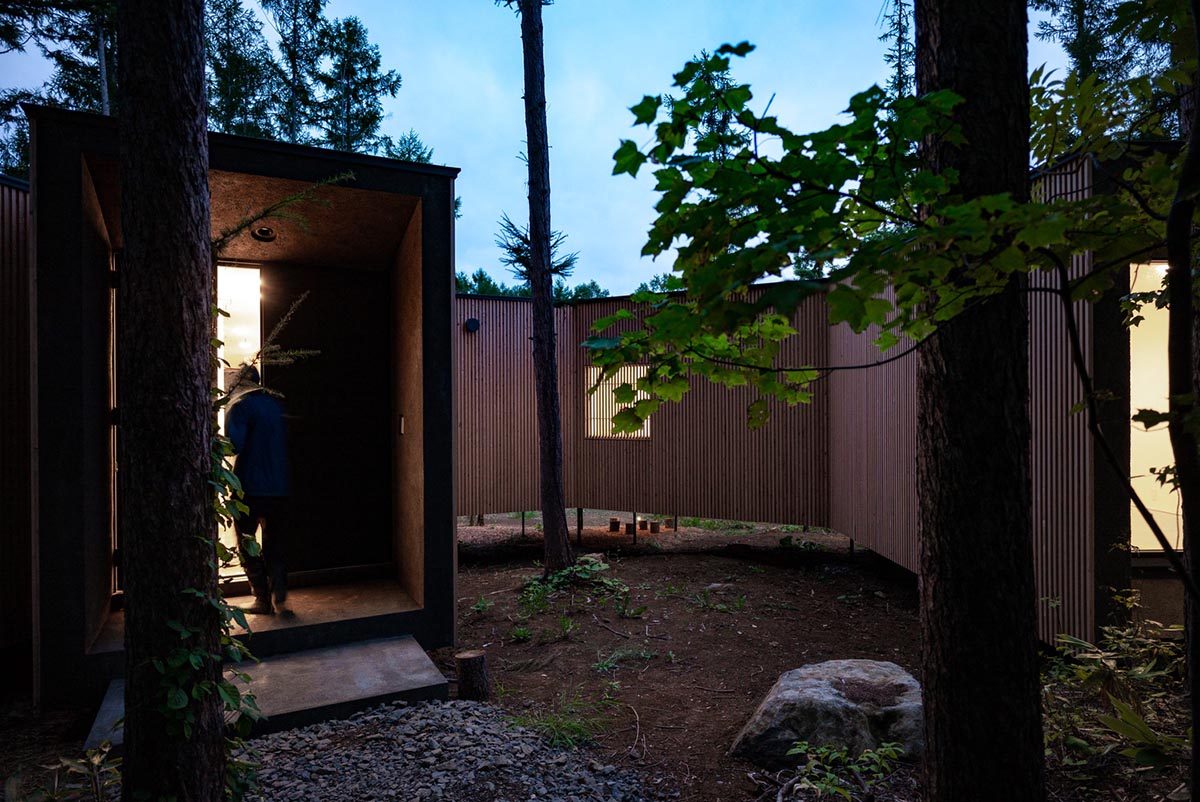 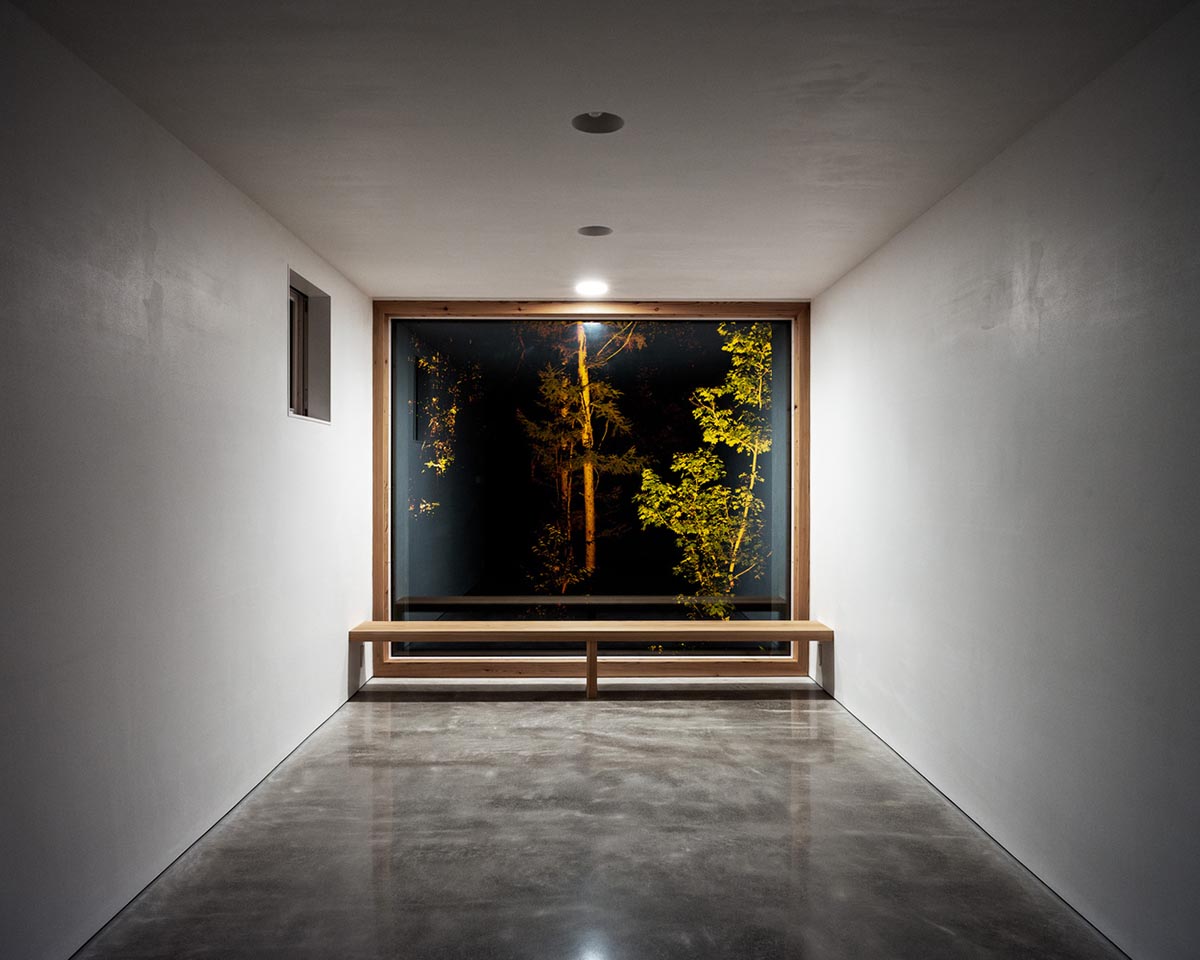 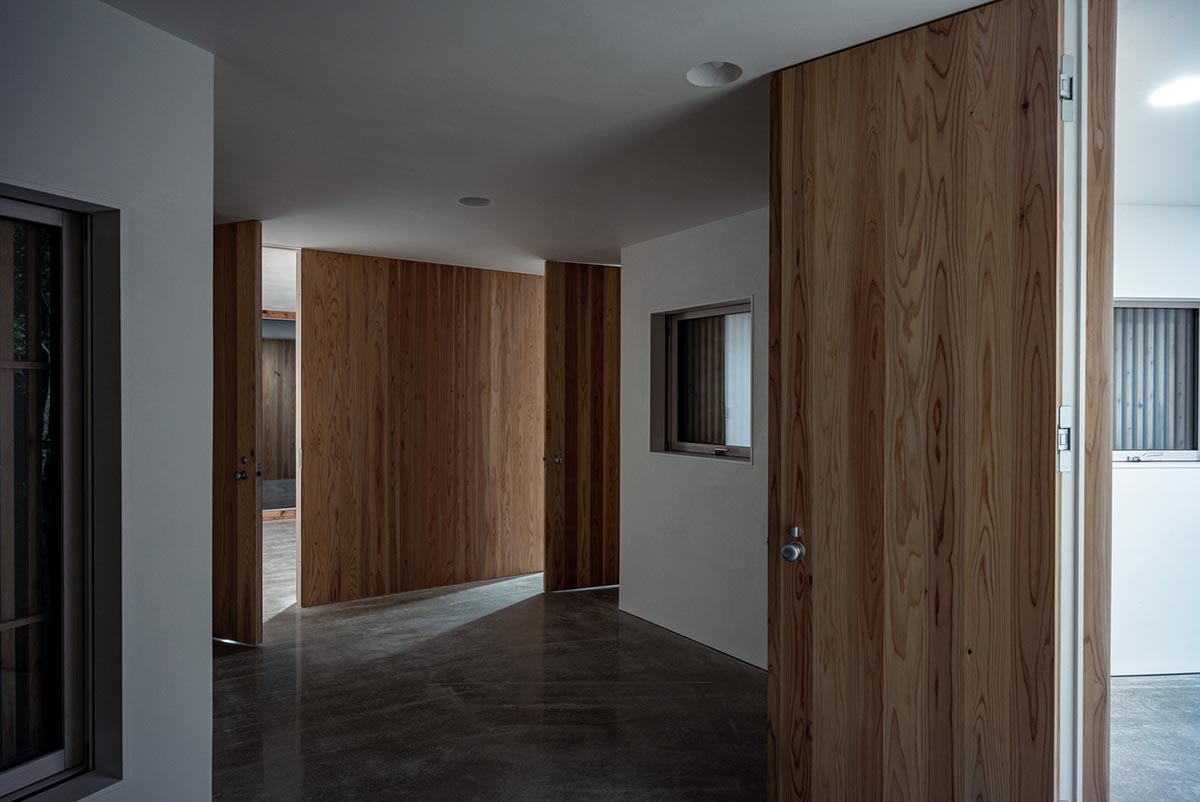 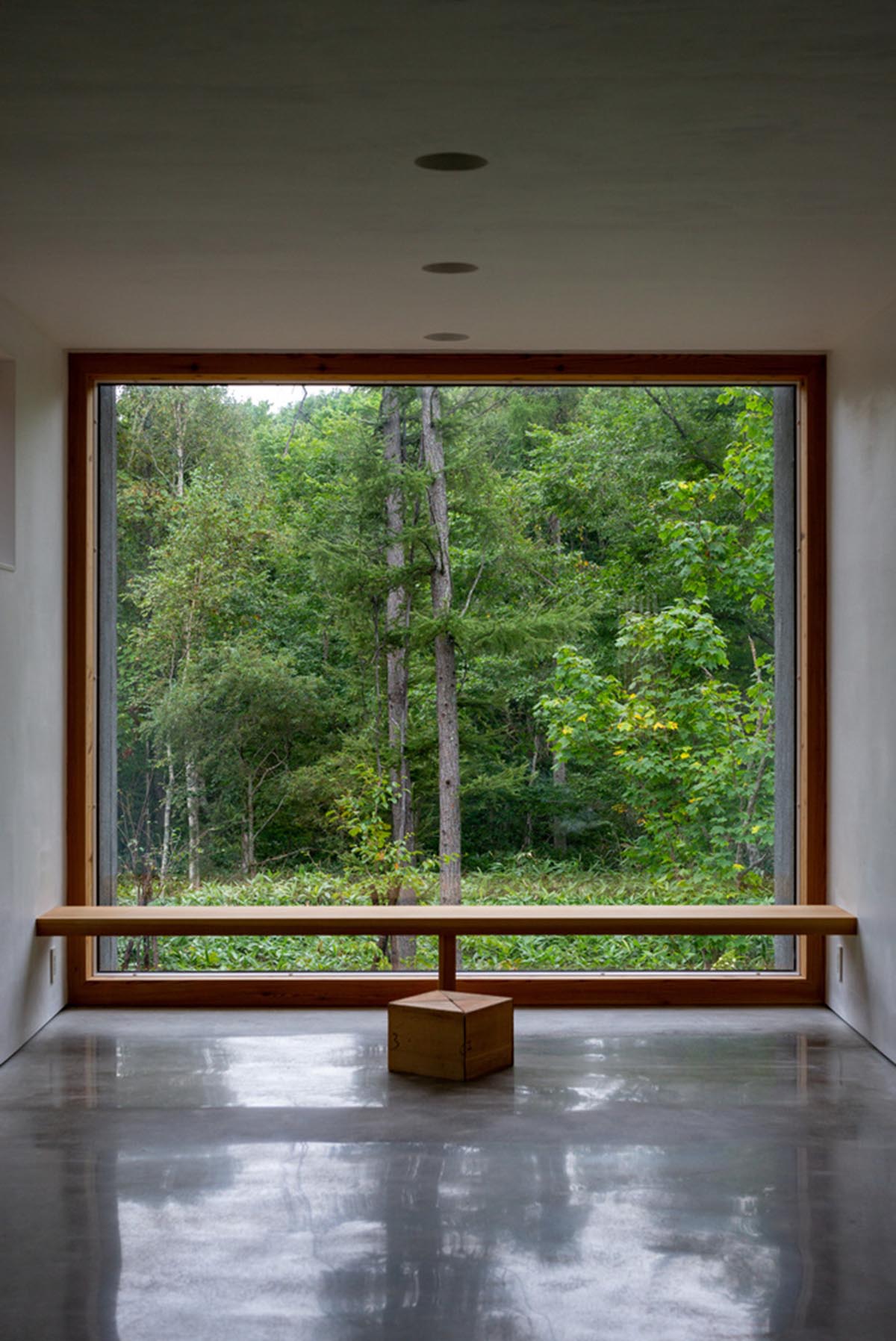 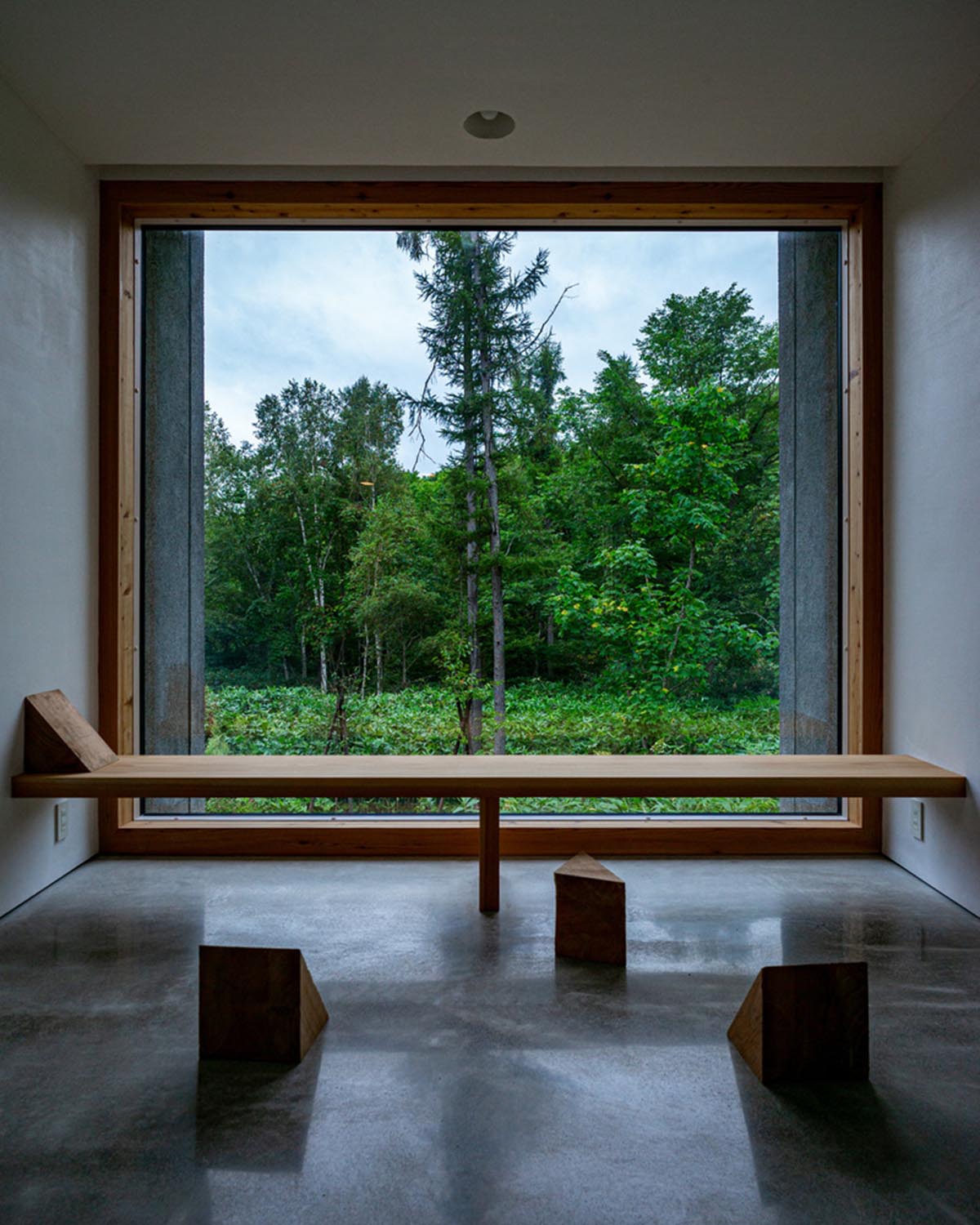 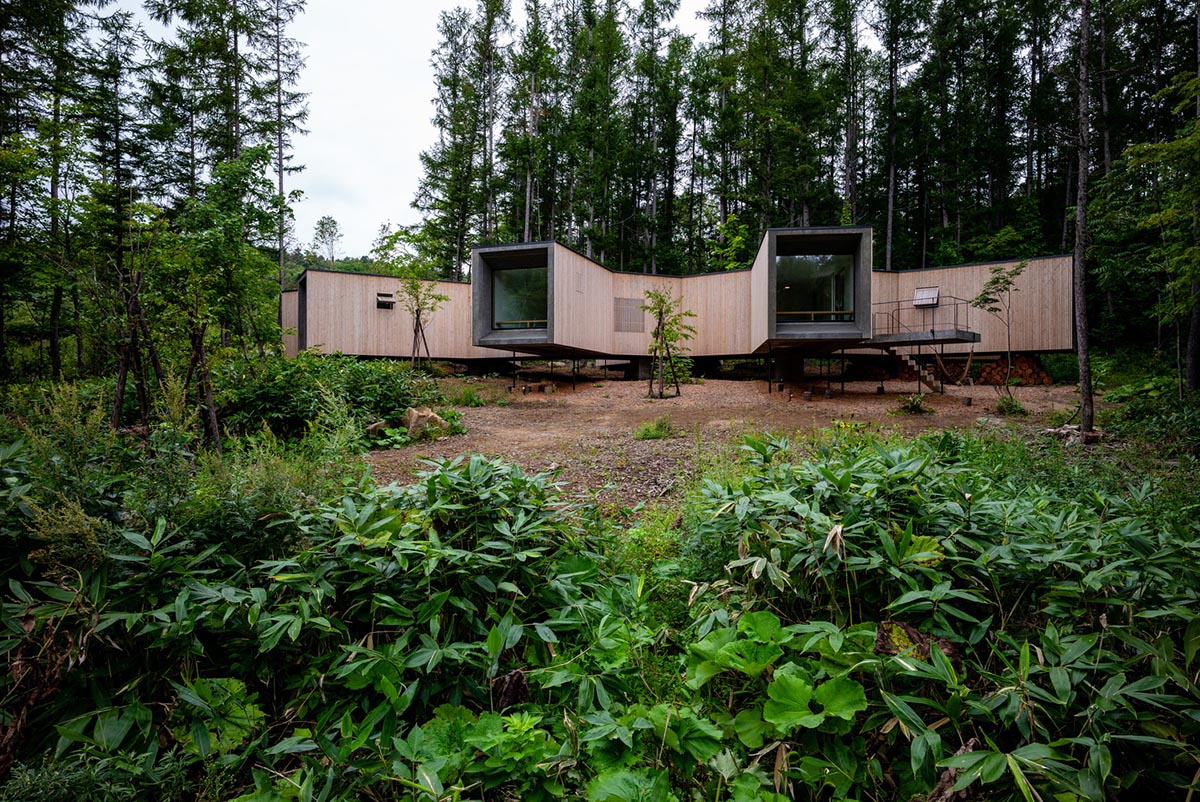 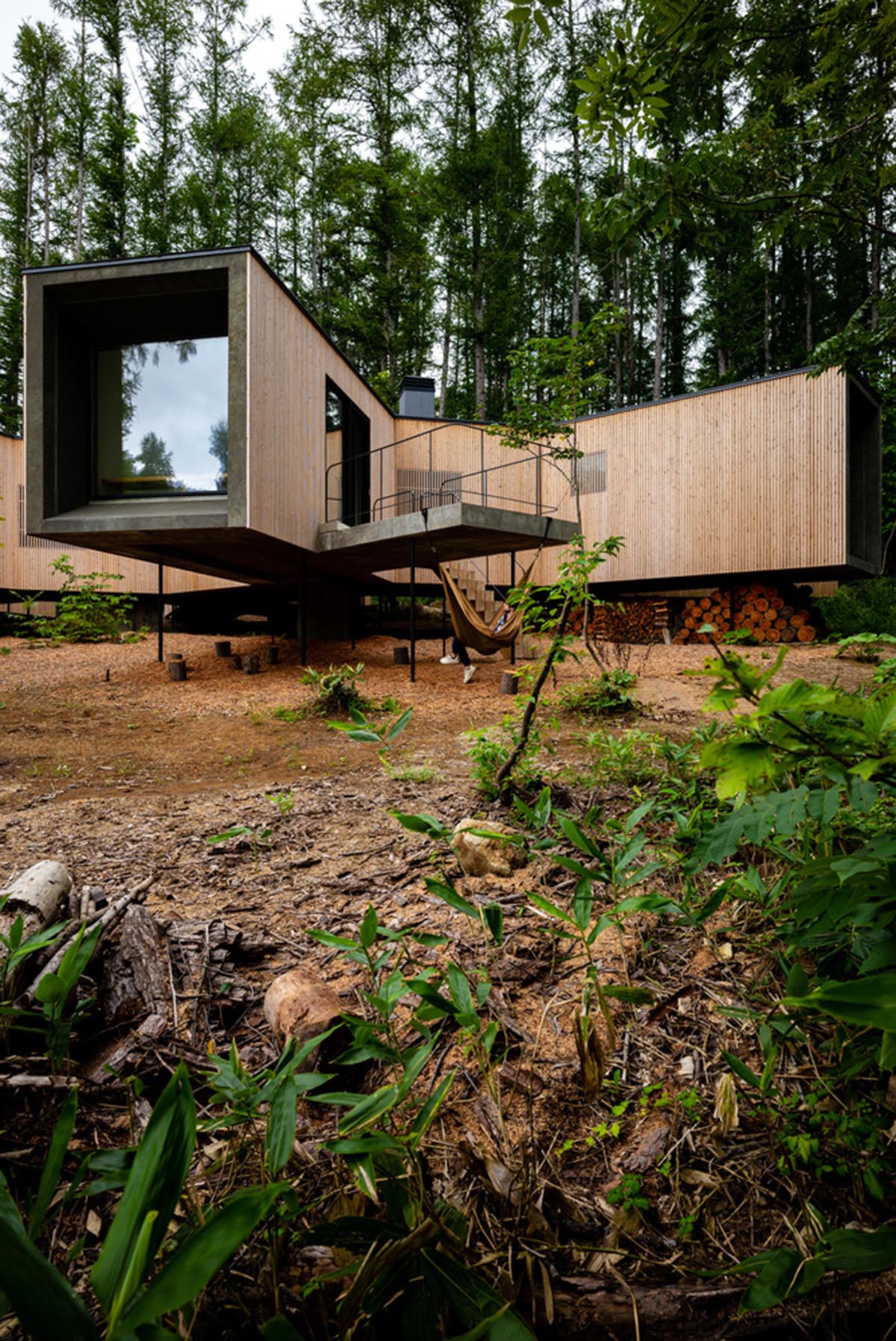 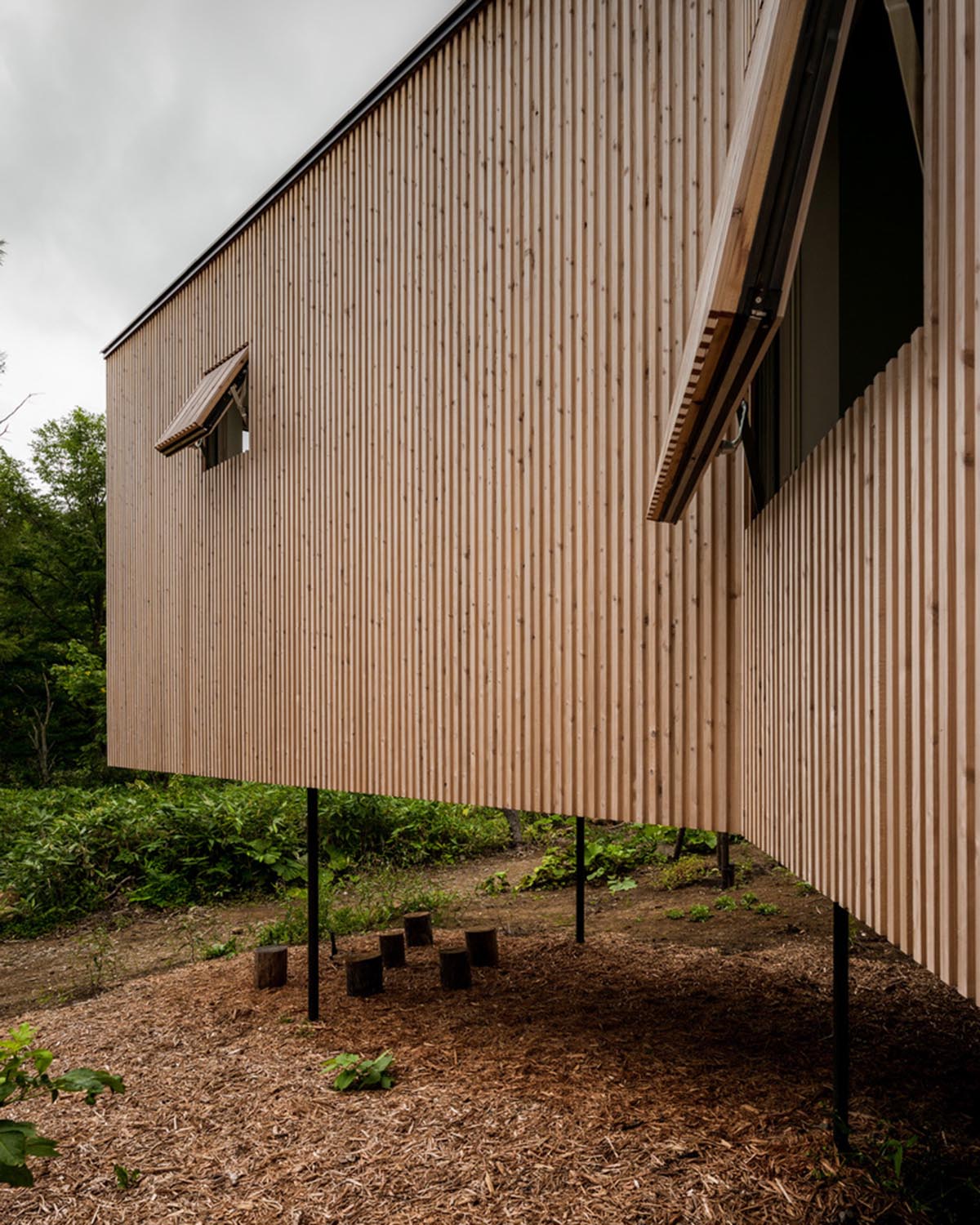 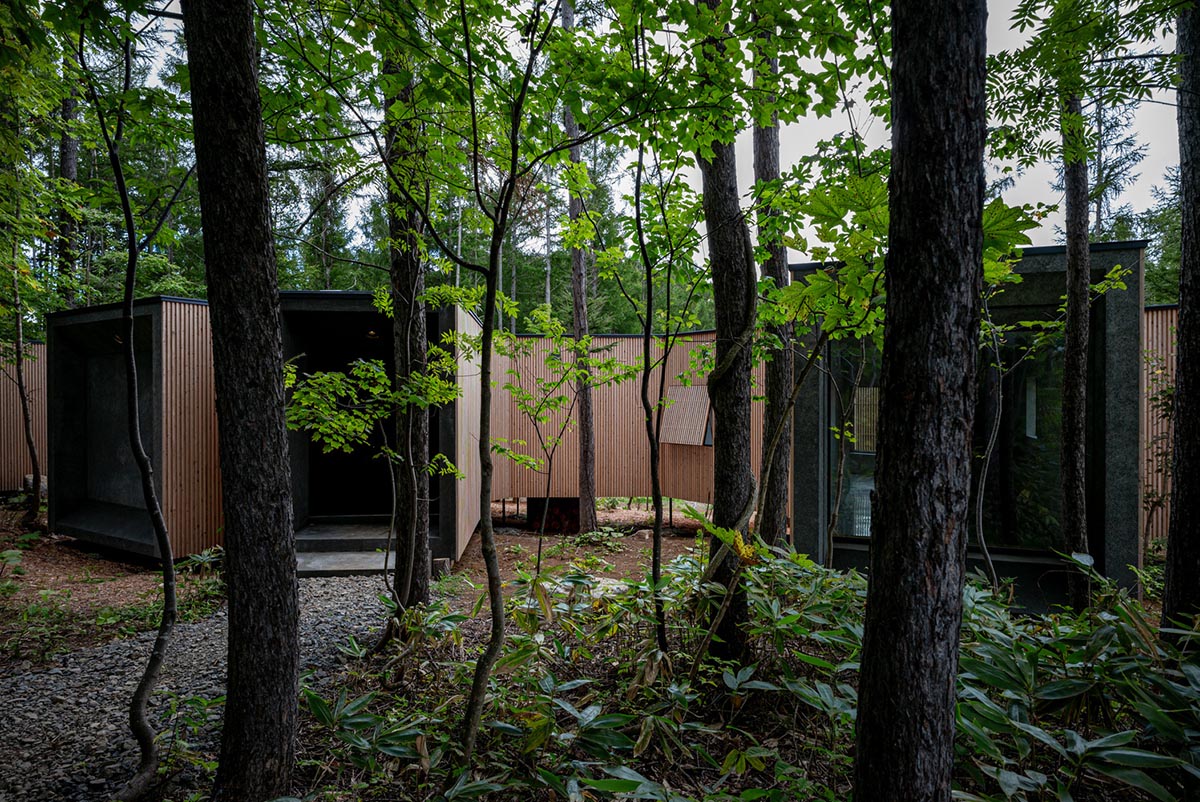 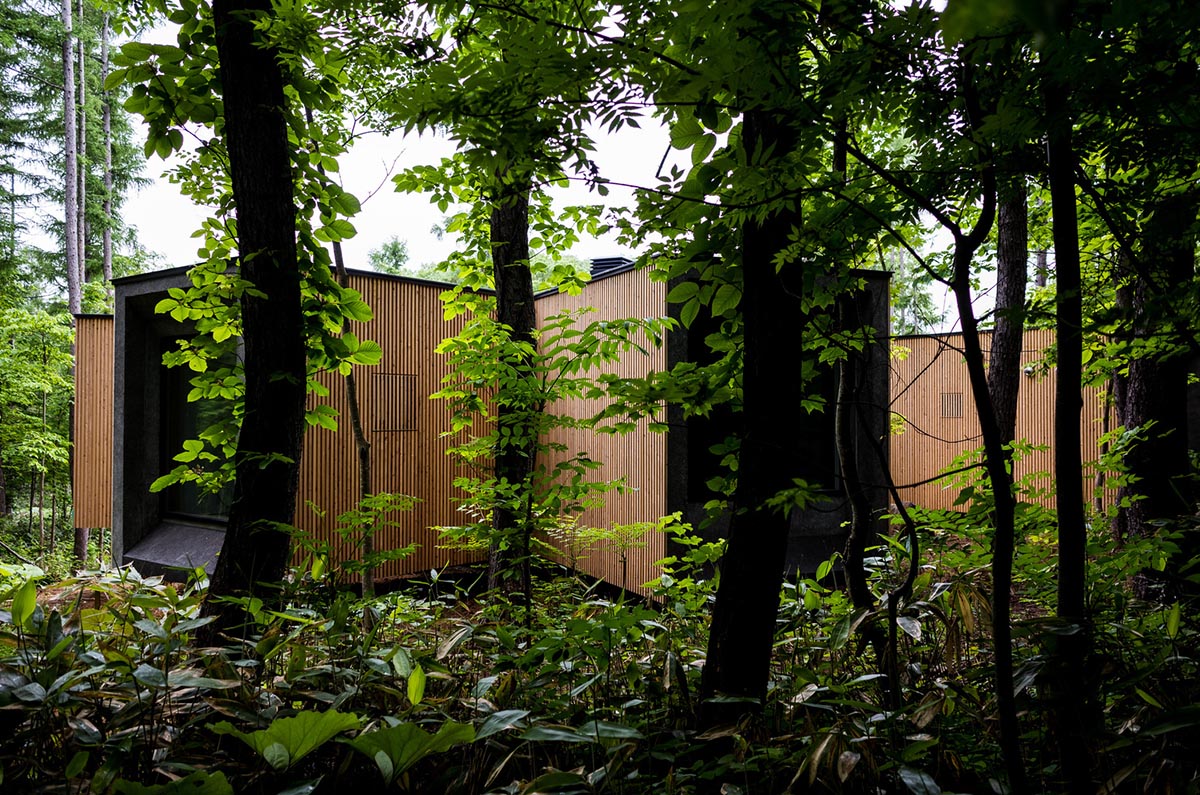 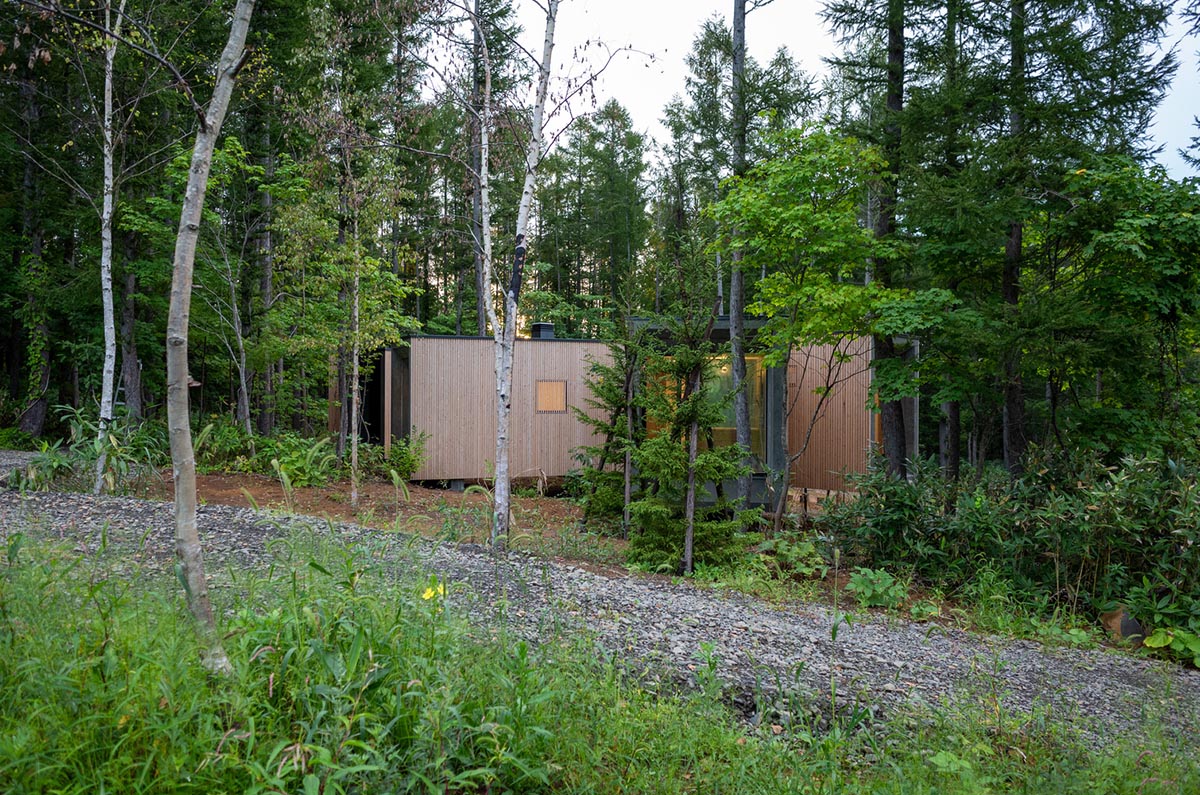 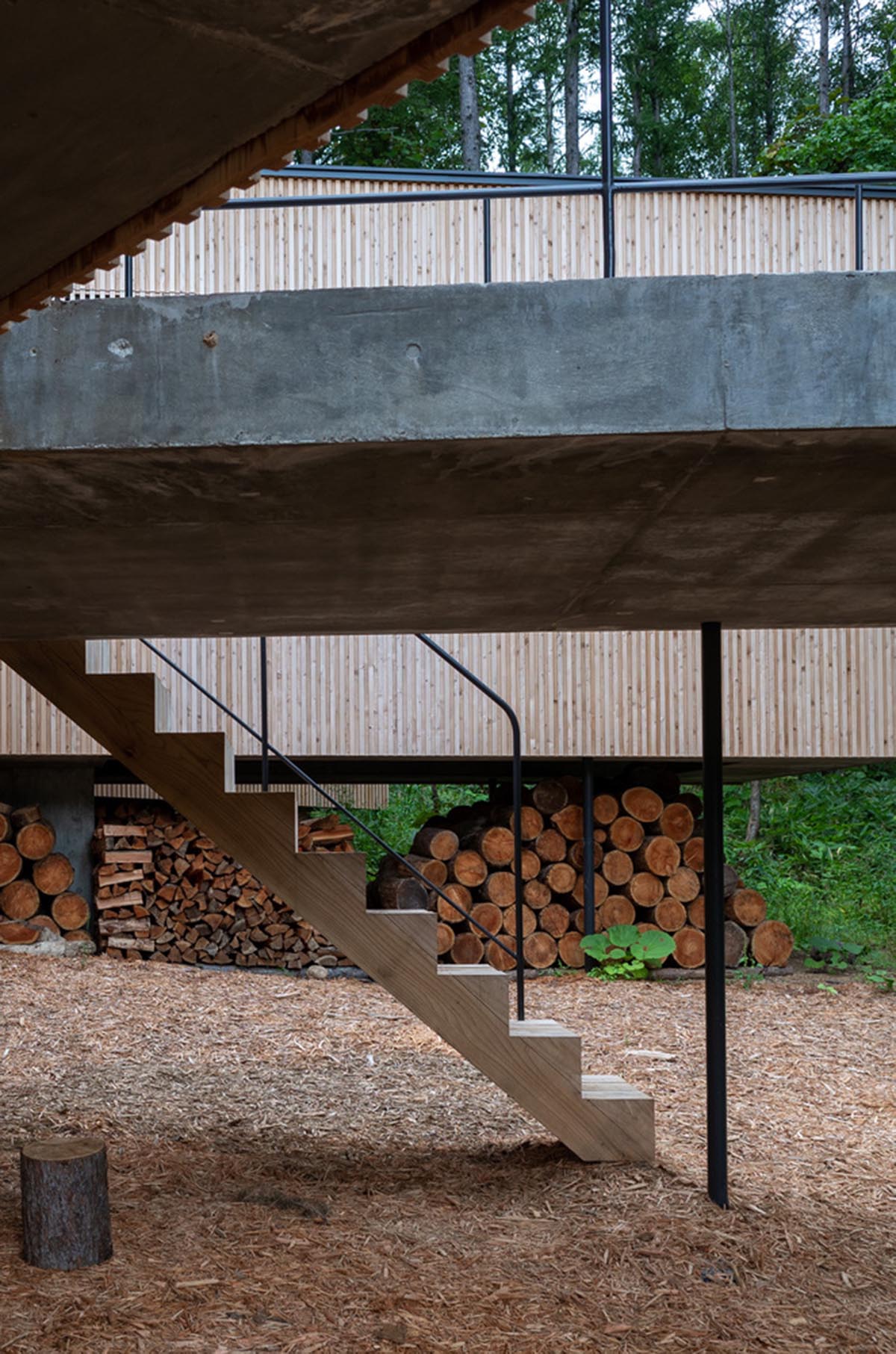 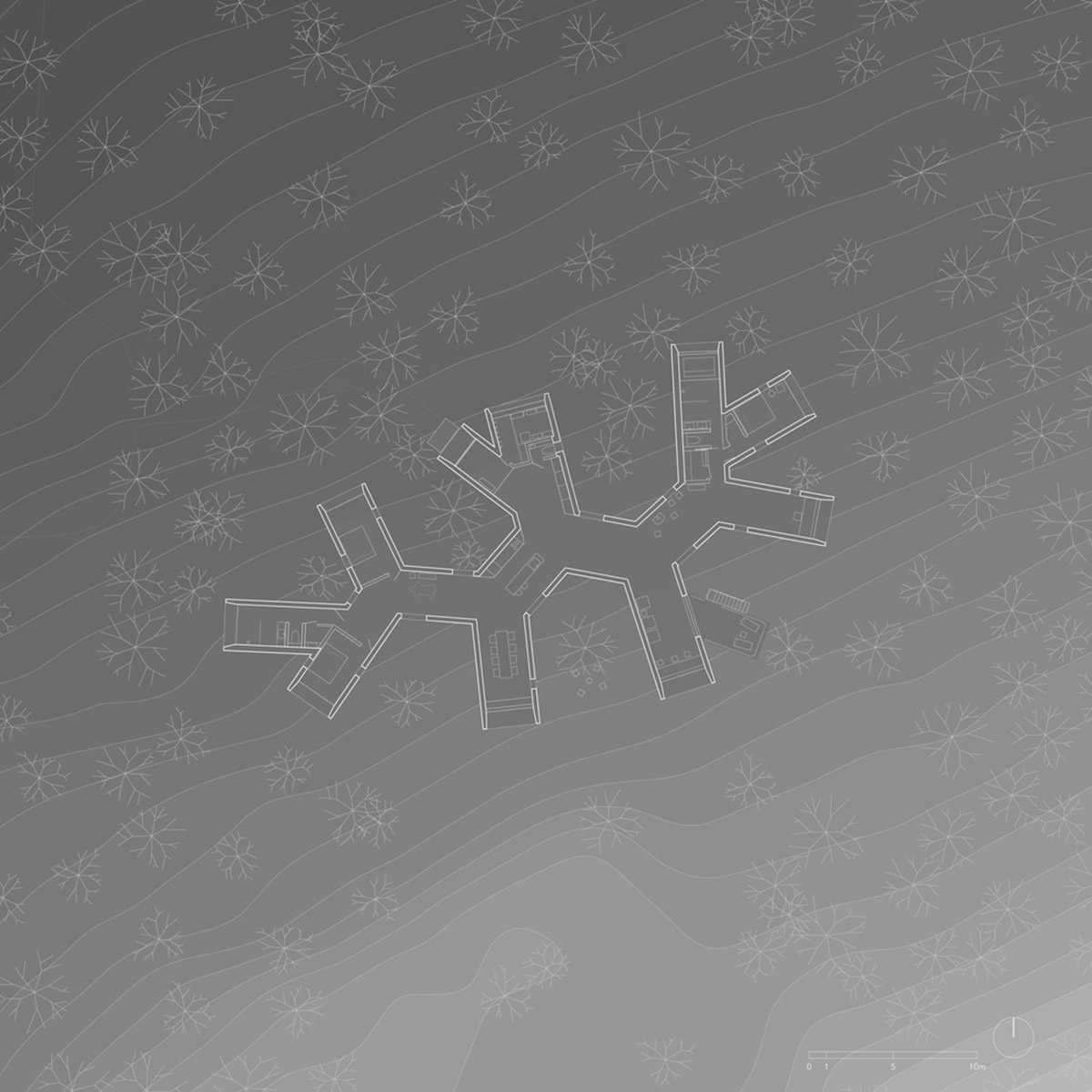 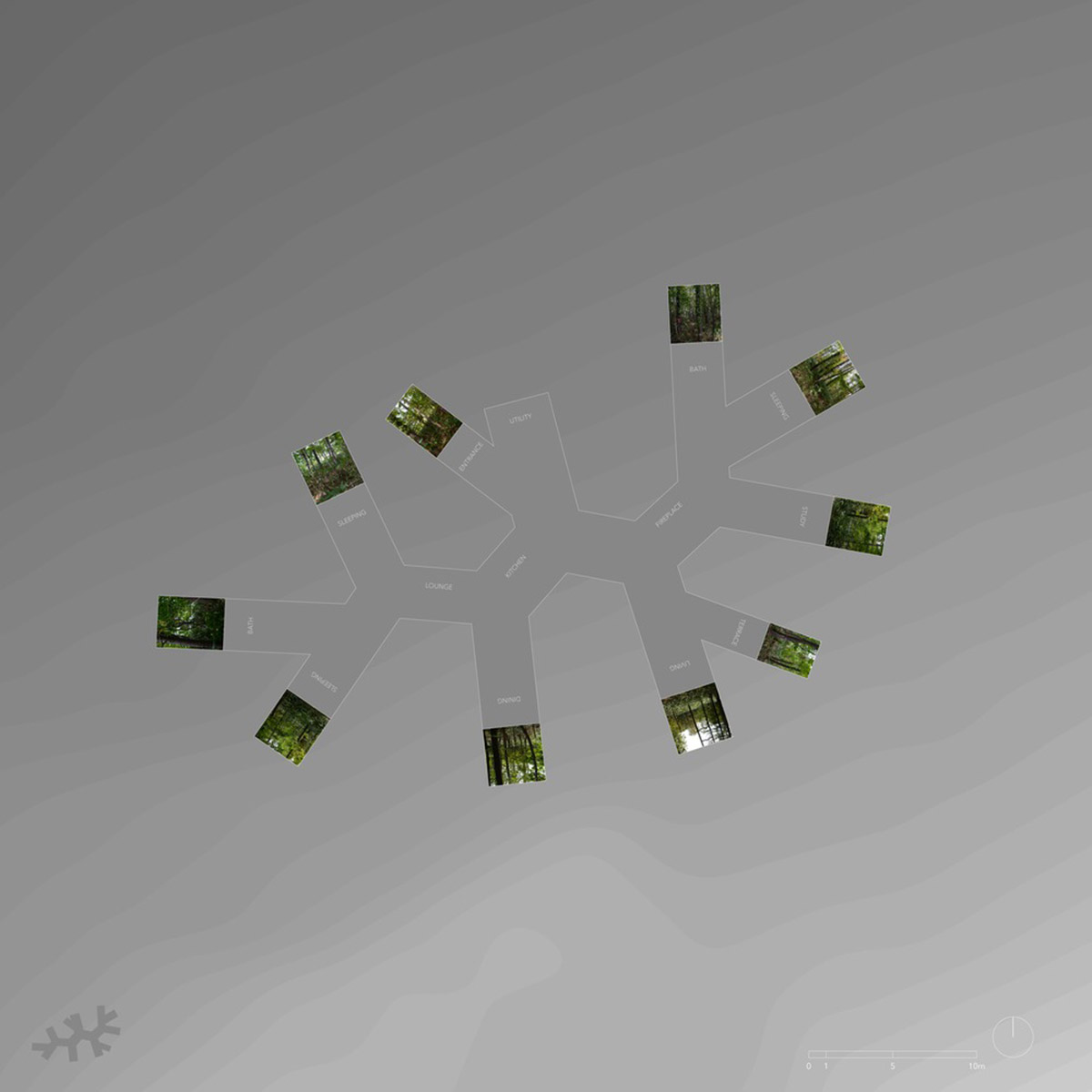 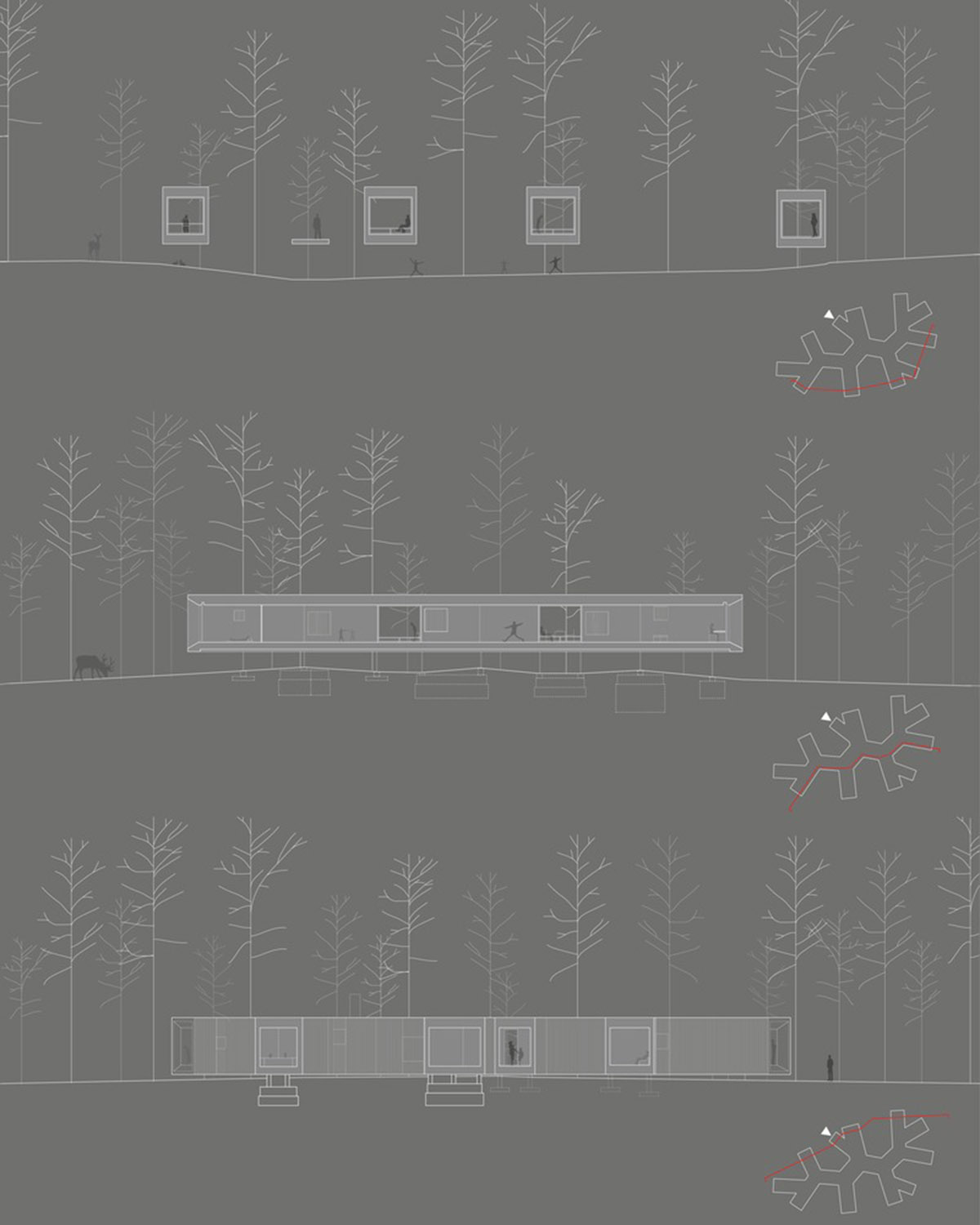 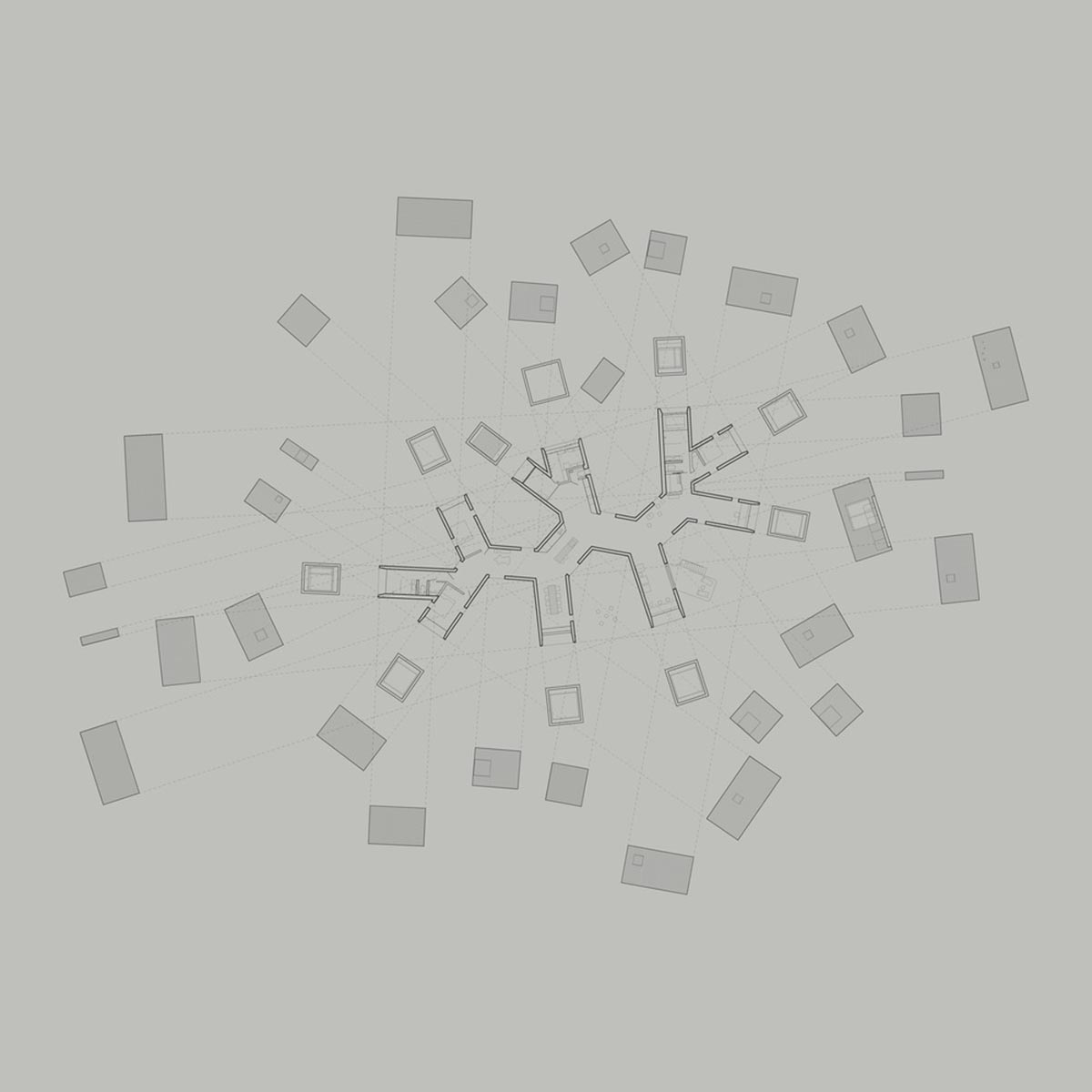 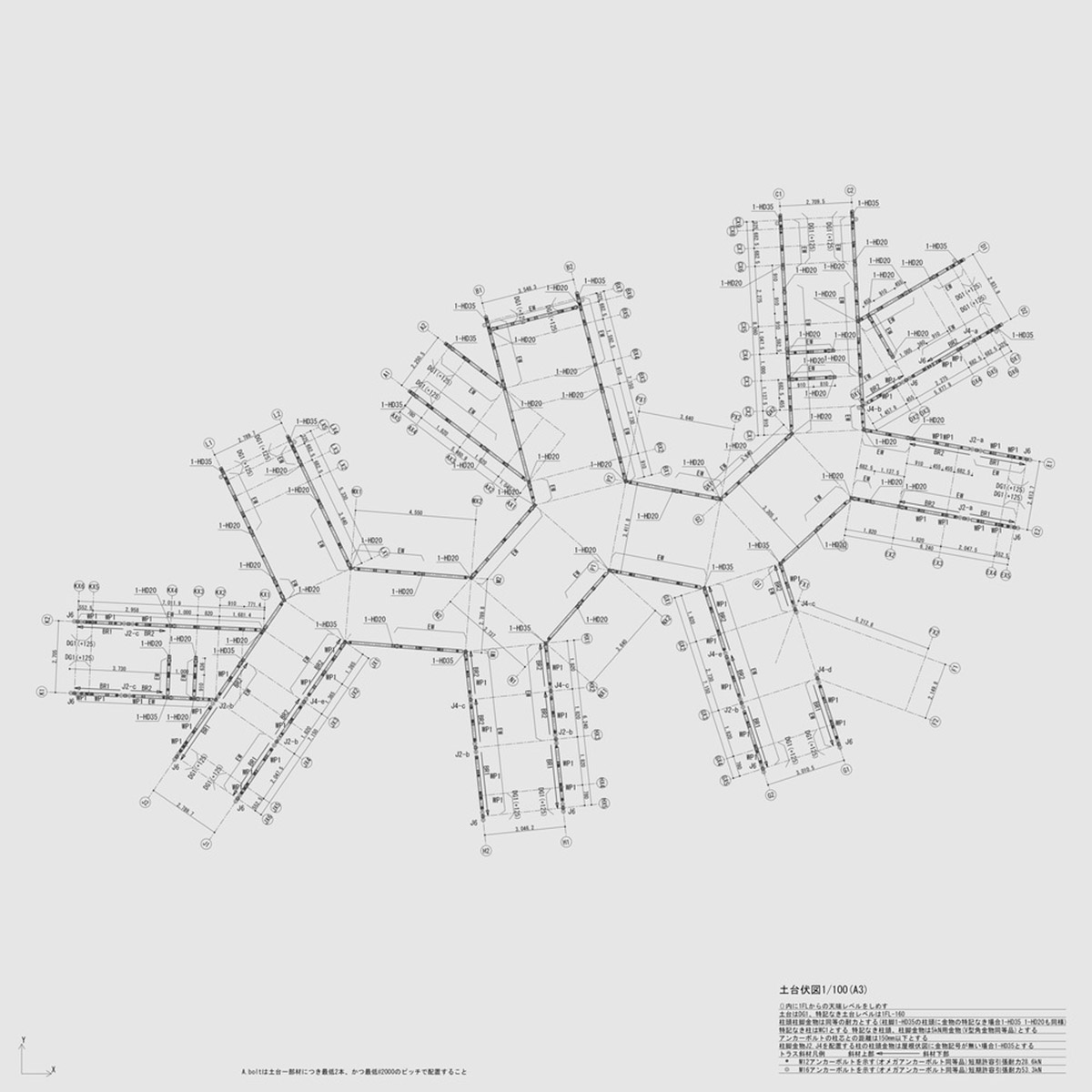 Project name: House in the Forest