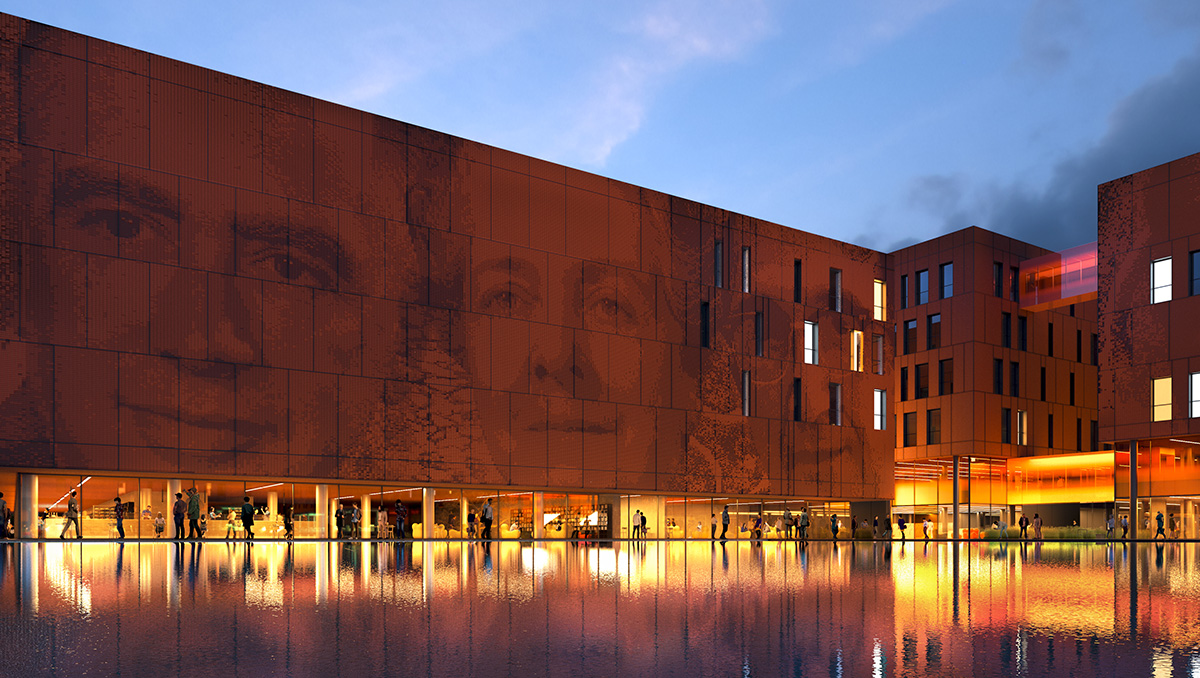 Located in the MIND-Milano Innovation District, the new campus, extending over 190,000 square meters (2 million square feet), will serve approximately 23,000 researchers and students specializing in natural and formal sciences at the University of Milan.

The new university campus will be located in the MIND-Milano Innovation District in the site where Expo 2015 was held, a 1-million-square-meter (10 million square feet) innovation park whose masterplan was also developed by CRA.

The University of Milan’s new science campus is set to open in 2025. The design, developed by CRA in collaboration with architect Italo Rota, comprises a network of green courtyards, a series of uninterrupted walking paths (“common ground”) at different heights, and five brick buildings. It will also feature a large central square with an adjacent lake.

The buildings take cues from the Ca’ Granda, the 15th-century brick building designed by the Renaissance architect Filarete, which today hosts the central seat of the University of Milan. 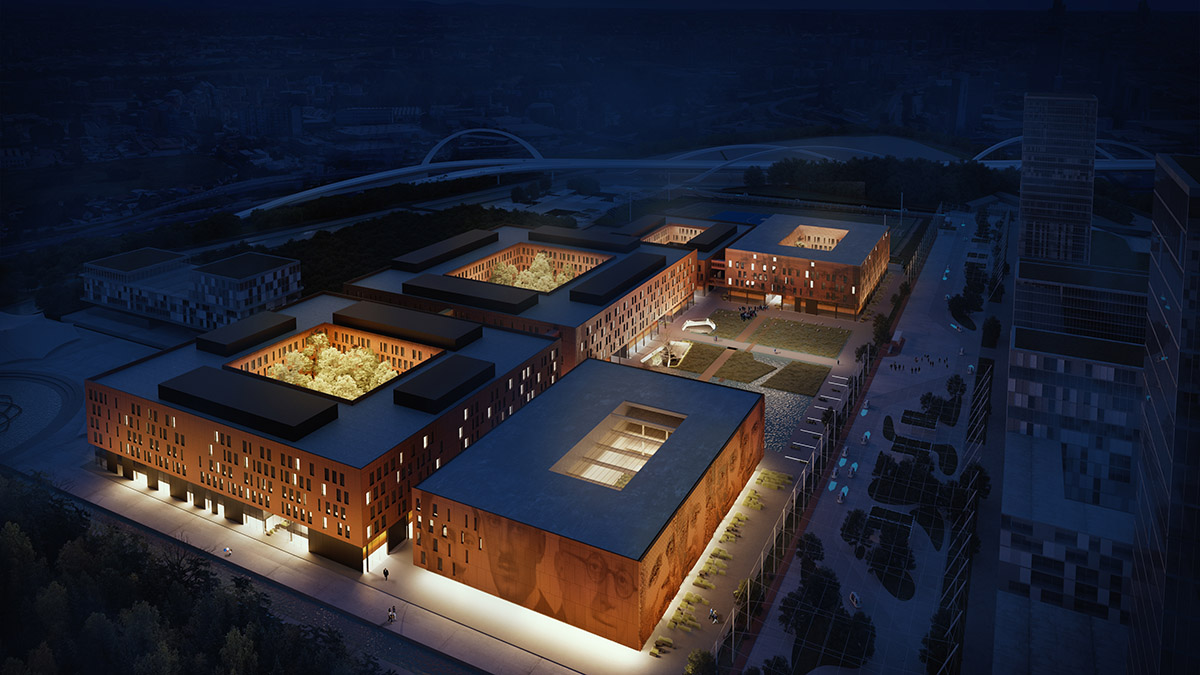 The facades of the buildings will be designed with an innovative construction technique and each brick will individually be positioned by a robotic arm and treated as a pixel within a large-scale bas-relief.

In the end, the overall composition will create a three-dimensional tapestry with textual and visual content.

The project’s main typological features are divided into two elements: the courtyards and the "common ground" – are also inspired by the Ca’ Granda, which was the closest realization of Filarete’s vision for a utopian city that he called Sforzinda. 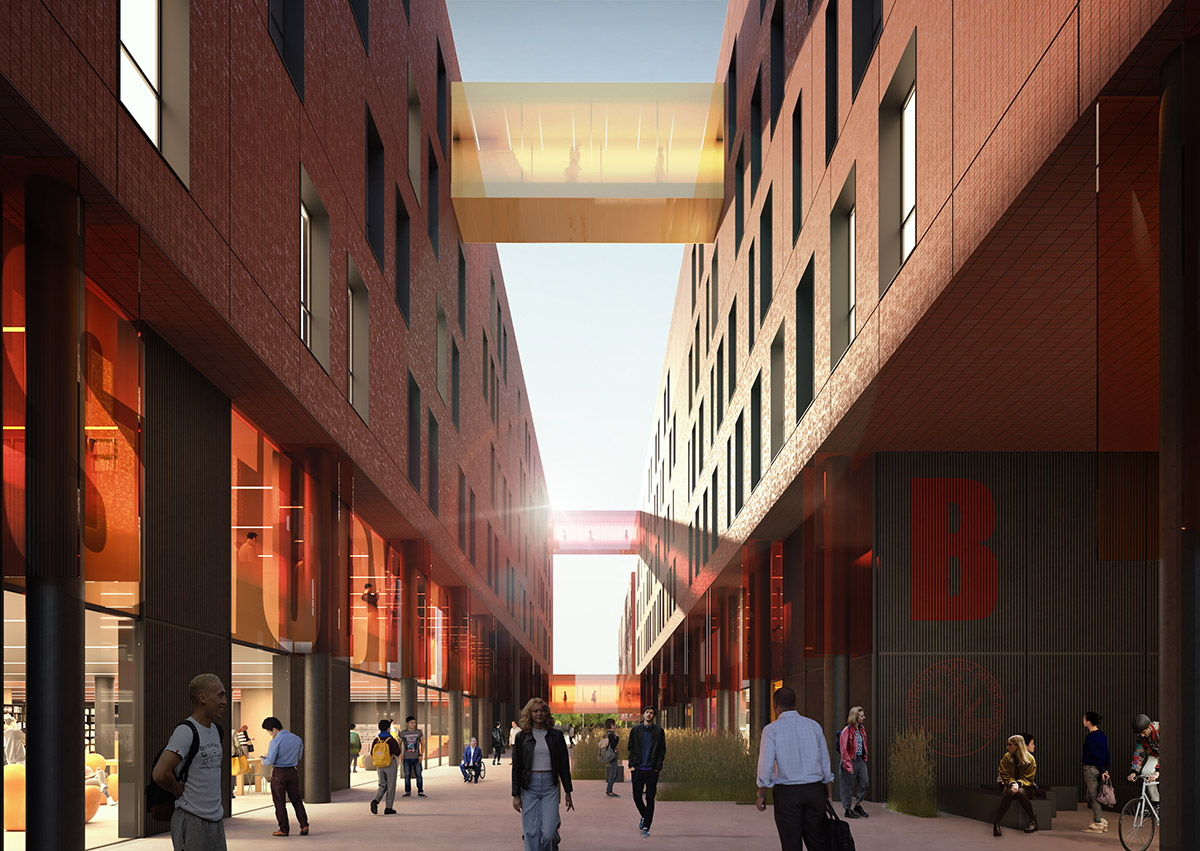 As CRA explains, the "Campus 2.0" reinterprets Filarete’s design principles, albeit with 21st-century digital technologies and new approaches to teaching and learning.

"Recent data analyses of human interaction on academic campuses have shown that there is a direct correlation between the physical proximity of researchers and scientific output," said Carlo Ratti, founding partner of CRA and director of the Senseable City Lab at the Massachusetts Institute of Technology.

"In other words, human interaction is an essential component of the discovery process. The recent pandemic, which forced scholars to live and work for months on end in isolation, only reinforced the importance of physical space. Our ‘Campus 2.0’ design elaborates on Filarete’s thinking from almost 500 years ago to create a testing ground that will promote interaction among diverse communities." 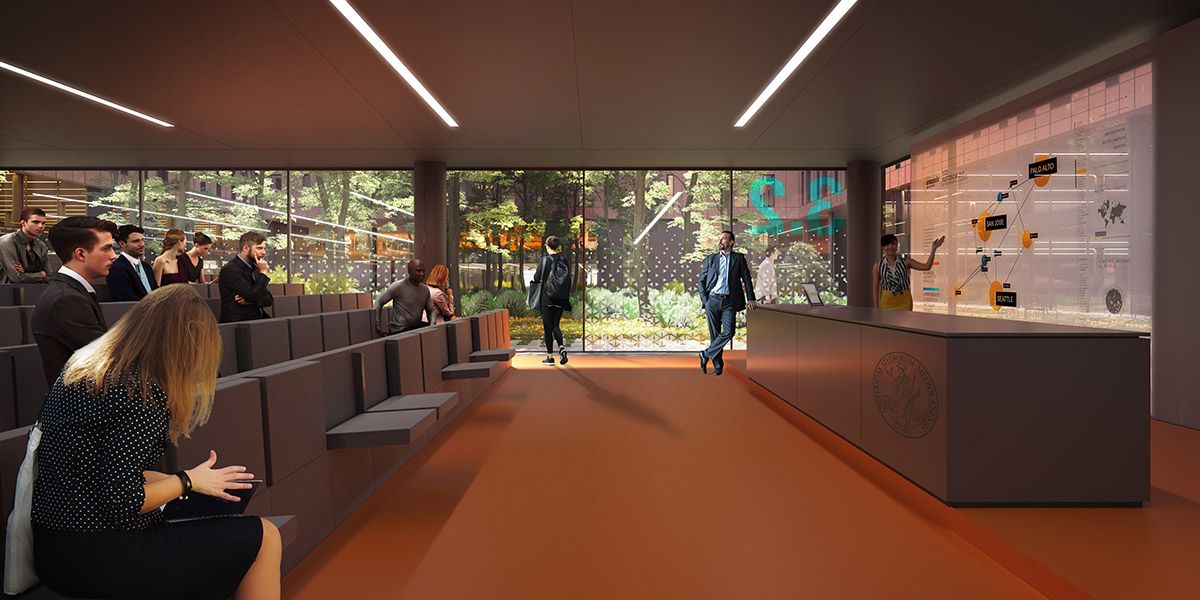 One of the project’s defining features will be the "Common Ground", a public space that winds its way across the Campus. This uninterrupted set of walkways and crossings connect the buildings and meanders across courtyards.

The “Common Ground” will allow people to walk outdoors all year long – under a canopy or portico – over a length of more than 1,200 meters (4,000 feet).

"Filarete’s utopia is often visualized with the eight-pointed star shape of Sforzinda, his ideal city. However, if you zoom in and take a closer look at the design, you can appreciate other compelling features," said architect Italo Rota, the project's creative consultant.

"Filarete thought that architecture should focus on durability, simplicity, and affordable technical sophistication." 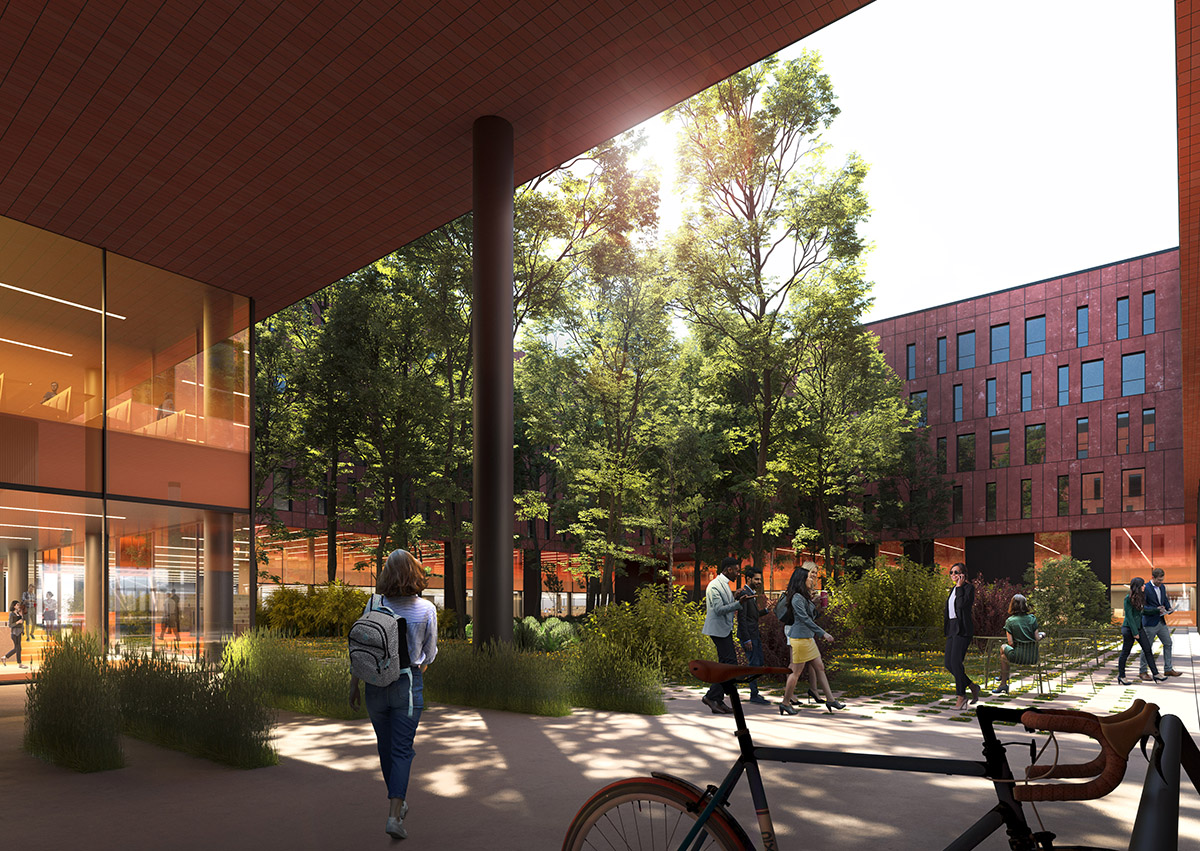 "He wanted his buildings to become the backdrop of a new humanism, blurring the boundaries between private and public spaces. At the new Campus in Milan, we strive to realize Filarete’s utopia, on the very site where six years ago, millions of people from all over the world met for the World Expo."

The path continues inside the buildings, with an additional 800 meters (2,700 feet) of accessible walkways at the mezzanine level. The “Common Ground” serves to reinforce the connection between the Campus and the surrounding MIND neighborhood, fostering interaction between the academic community, and the companies and R&D centers that operate in the innovation district.

The campus also features almost 100,000 square meters (1 million square feet) of greenery, including terraces and hypogeum gardens located below the ground level. Each of the five courtyards will showcase a different landscape from Northern Italy, while the central square and lake can accommodate large events. 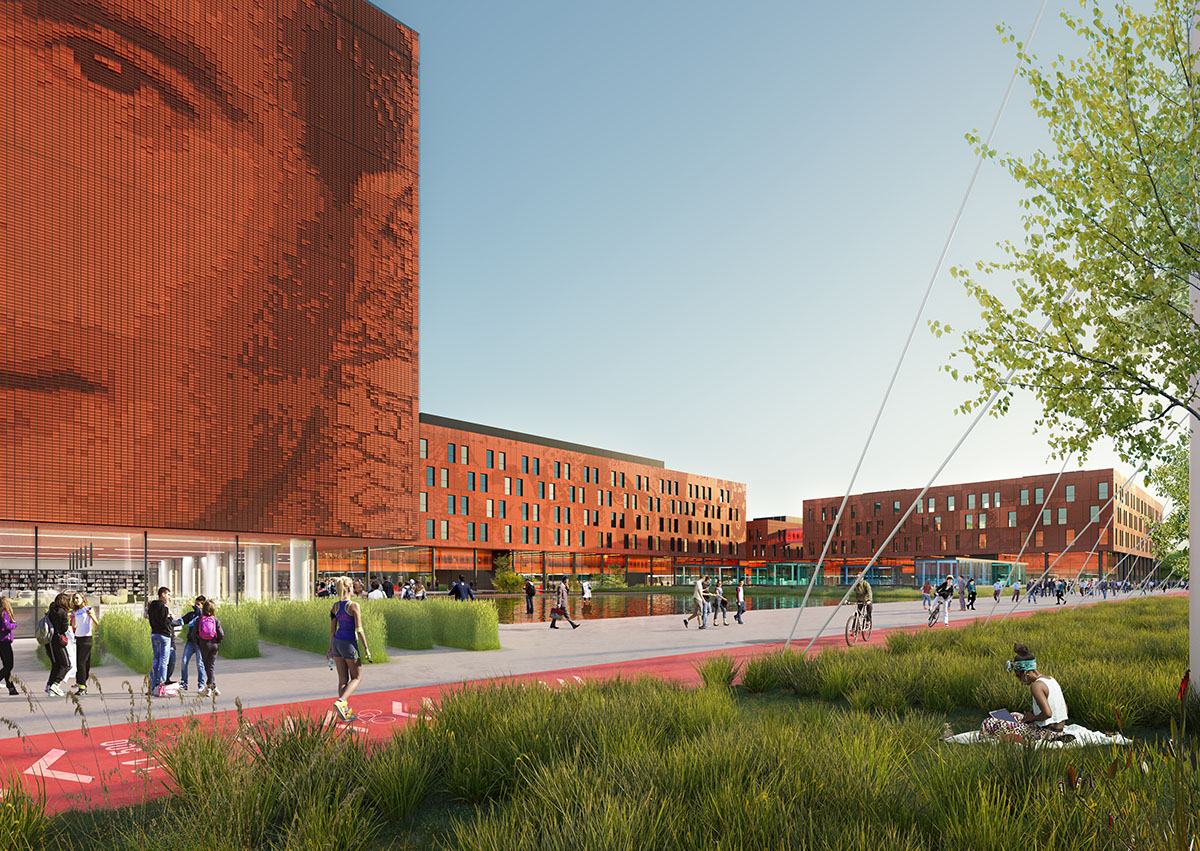 Carlo Rattispoke to WAC editor-in-chief Berrin Chatzi Chousein about the future of mobility and autonomous world.

The live talk was held as part of WAC's Live Interview Series. Watch Carlo Ratti's live talk on IGTV for those of you who missed.