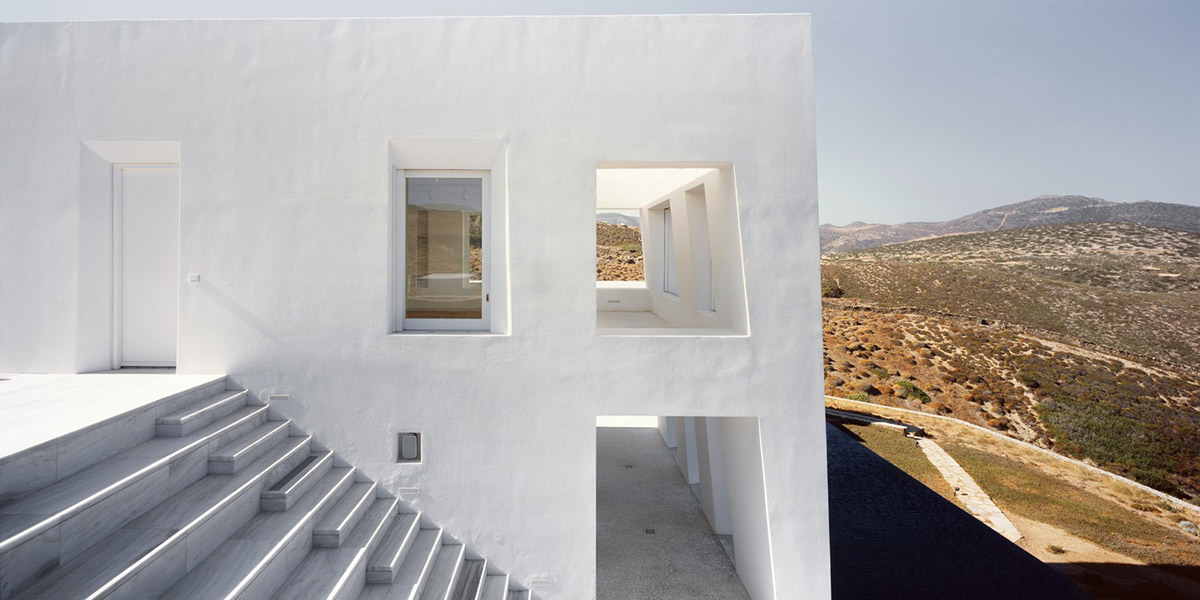 Athens-based architecture studio ARP - Architecture Research Practice has designed a residence that is solved in two volumes on the hills of the Cycladic island of Antiparos, Greece.

The residence, named Avlakia House, emerges from the landscape in the form of stone retaining walls, on top of which, there is another temple-like white-painted volume that features a hollowed form - which gives a monumentality to the house. 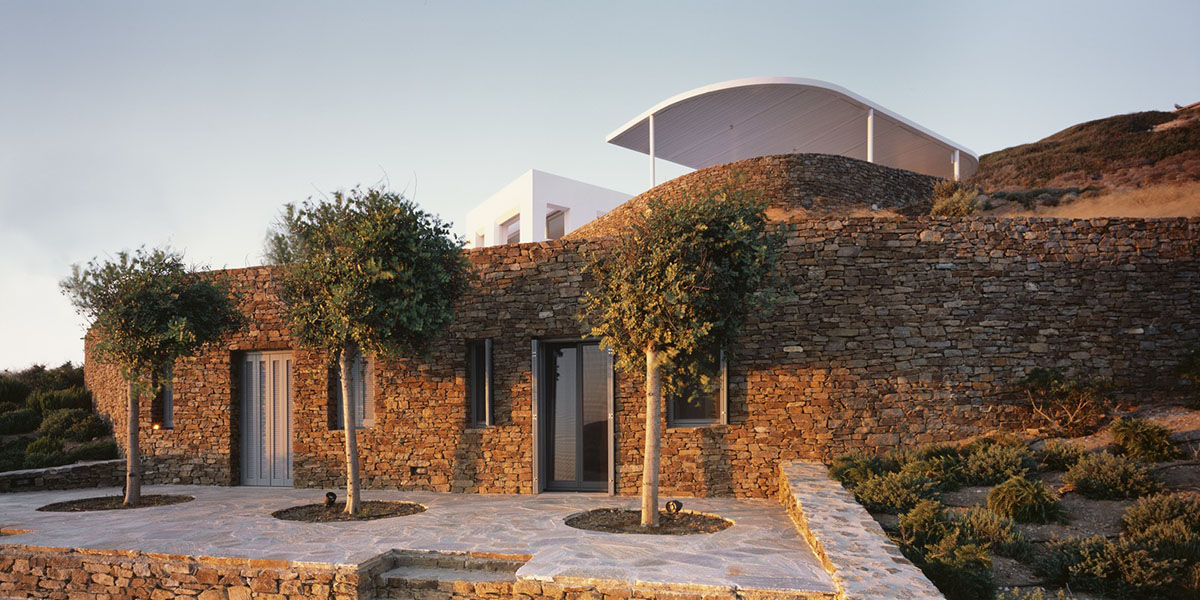 The house is designed as a continuation of the landscape on a site, facing the west directly, while it is also exposed to the northern stronger winds. It enjoys views of 180º towards the Aegean archipelagos and the neighboring islands of Sifnos and Serifos.

For this residence, the aim of the architects was to preserve the topography and the landscape of the Cyclades archipelago.

"Its shape and deciding what to reveal and whatnot is a balancing act between the human experience, environmental and cultural sustainability," said ARP - Architecture Research Practice.

"Avlakia House is a hybrid between a building and a constructed landscape, an earthwork." 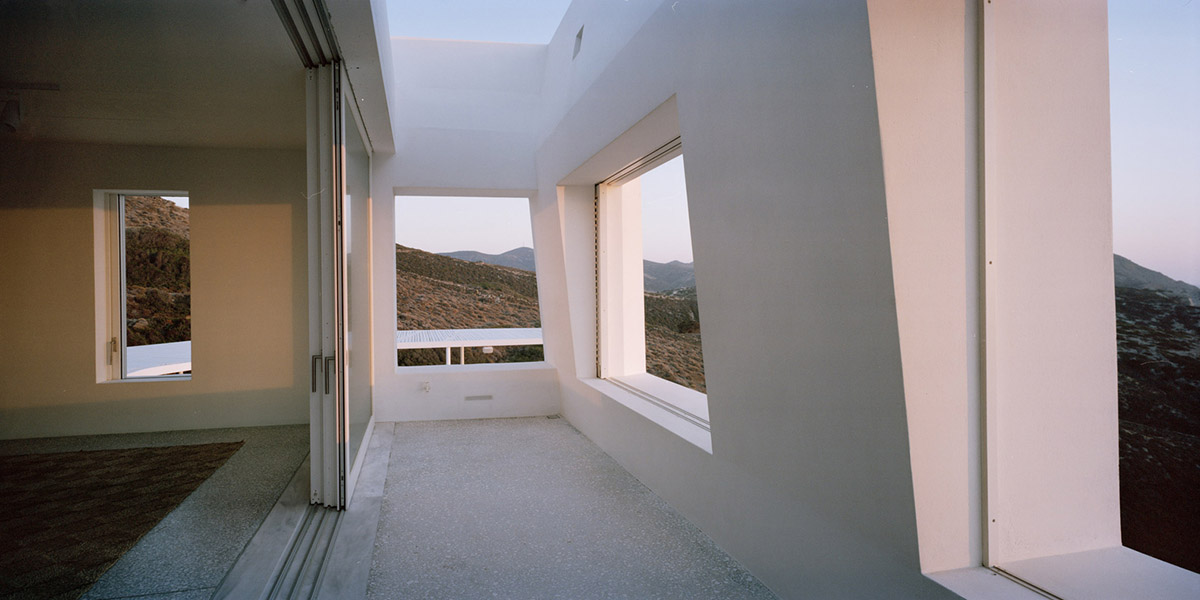 Creating a deep contrast on site, the house uses the site's advantages properly and it acts like branches of a tree, and expands its arms with the topography and slope.

The studio designed a white volume resting on the stone retaining walls, with a monumental, temple-like presence. 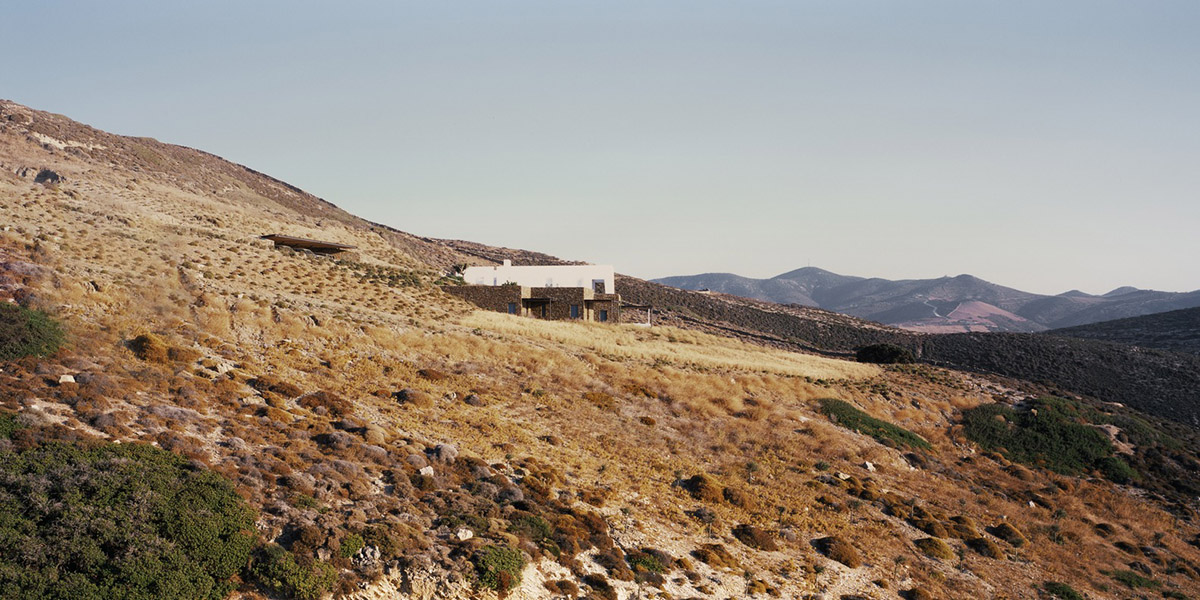 "This monumentality is achieved by a series of formal operations such as inward inclinations, scale, proportions, symmetry, repetition of openings - that consider the site's relation to the sun and transform a white box into a sculptured building, a Cycladic temple," added the studio.

"The “temple” and an organically formed retaining wall that follows the topography host the public interior and exterior areas." 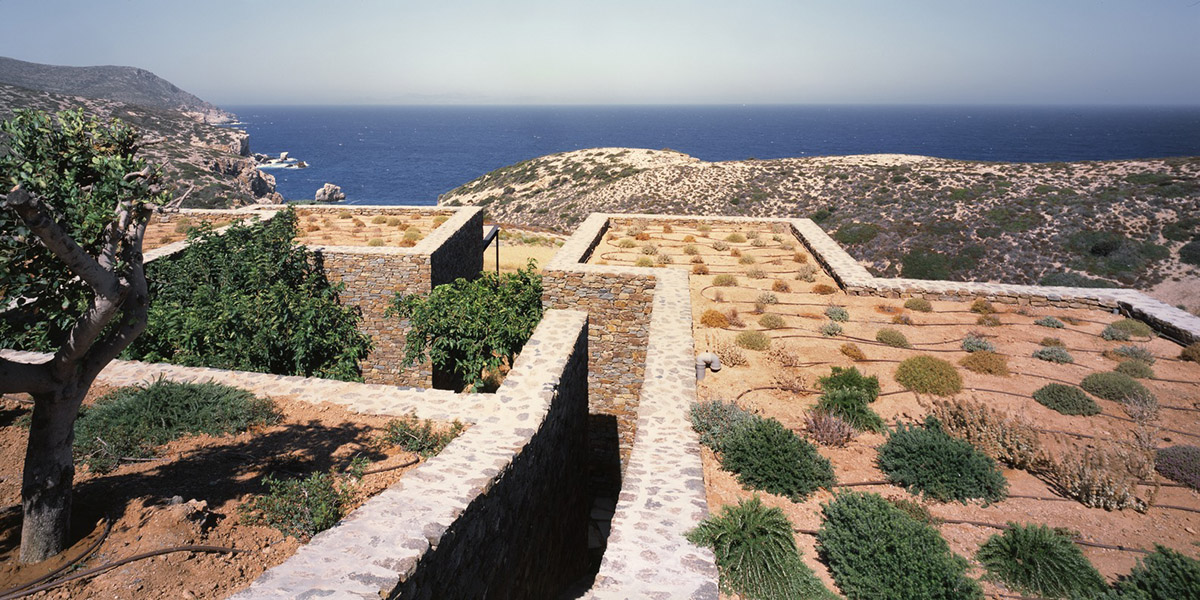 Subterranean stone volumes comprise private areas, like bedrooms and wrap around a courtyard in a village-like arrangement.

The amphitheater acts as a viewing platform, with its only purpose being to take in the site. The subterranean guest house takes up the form of an agricultural stone retaining wall. 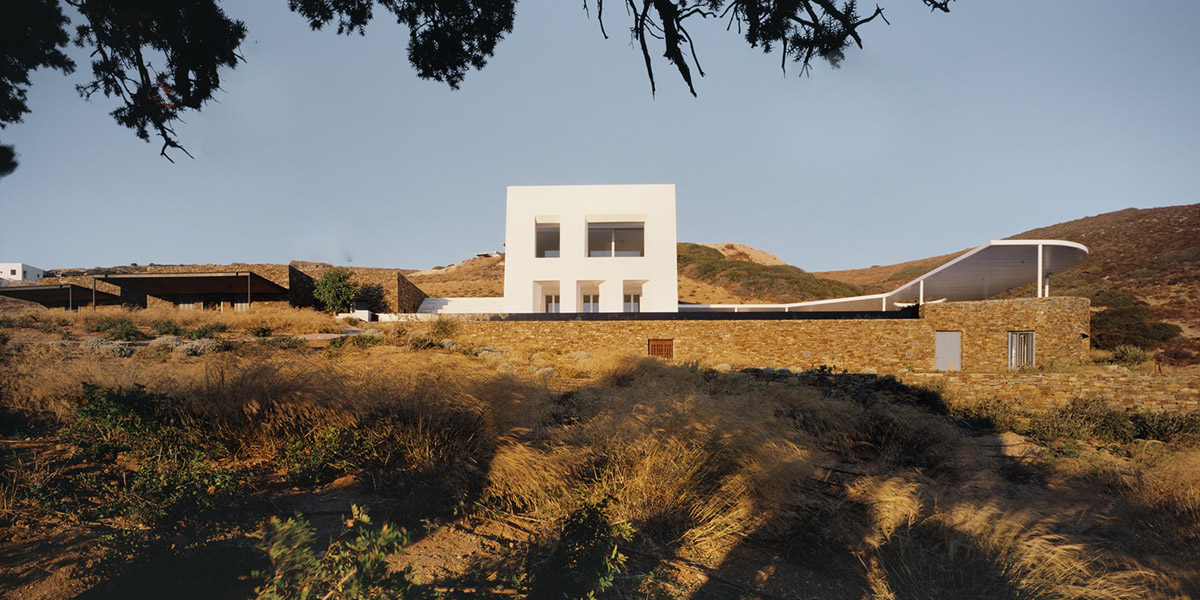 The architects were inspired by the vernacular building tradition for this residence while it elevates spaces into new contemporary forms. They wanted to give emphasis on vernacular architecture to be able to engage with the local economy. 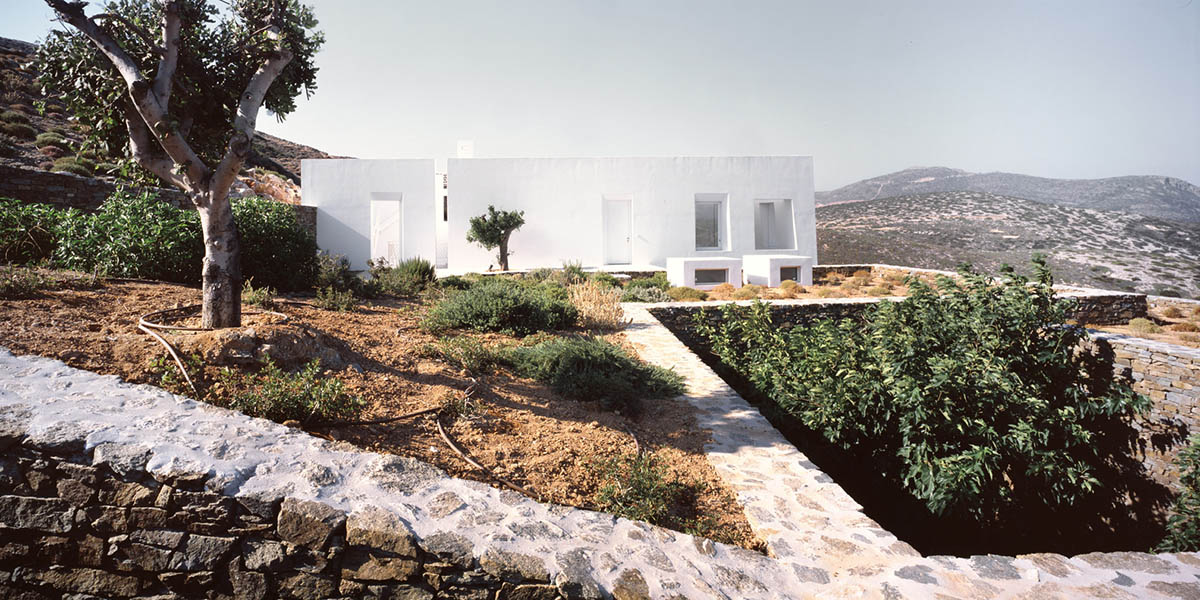 Using local materials from the region, the architects worked with local crews, and reenacting craftsmanship traditions (explicit use of local stone and Greek marbles, terrazzo floors, and traditional mortar) contribute to the site's both cultural and environmental sustainability. 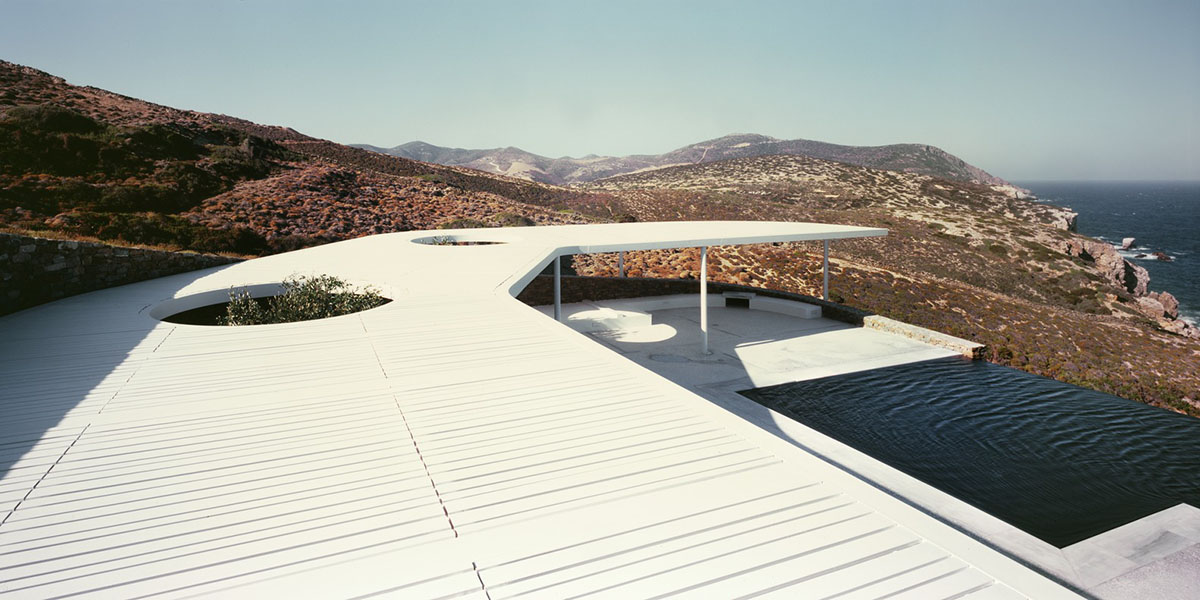 "Planted roofs and courtyards relieve the spaces from the need for powerful cooling systems." 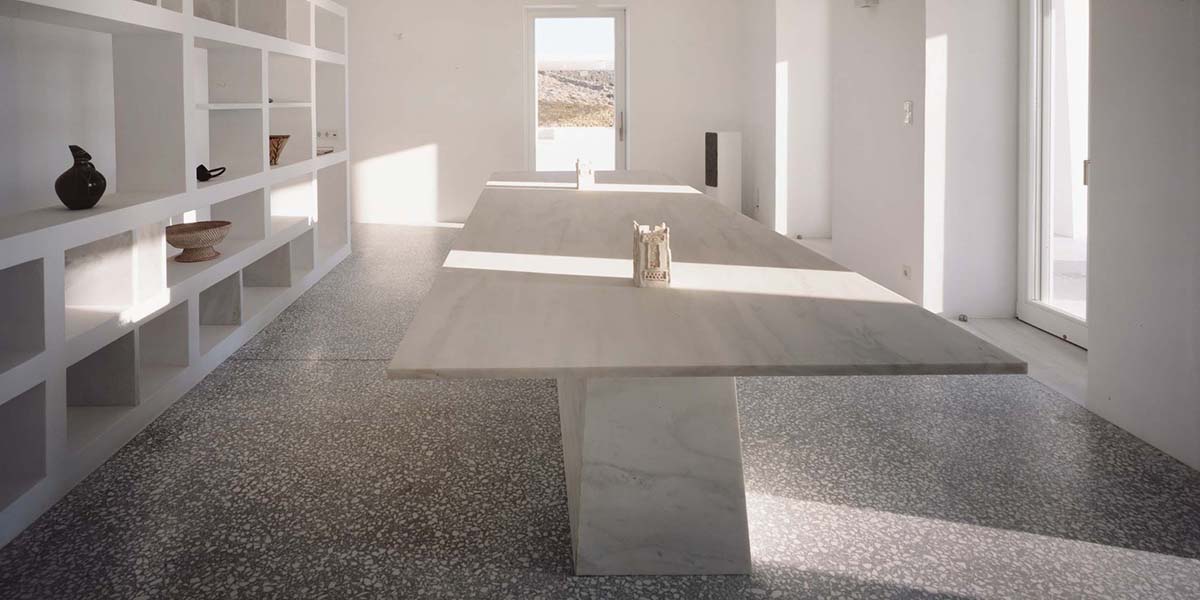 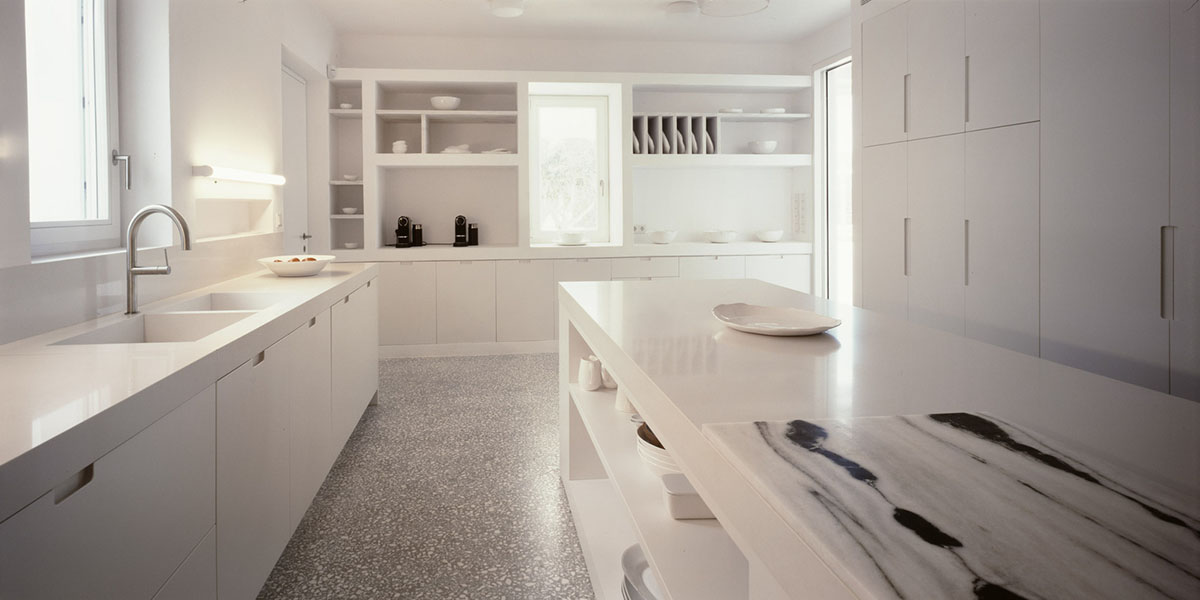 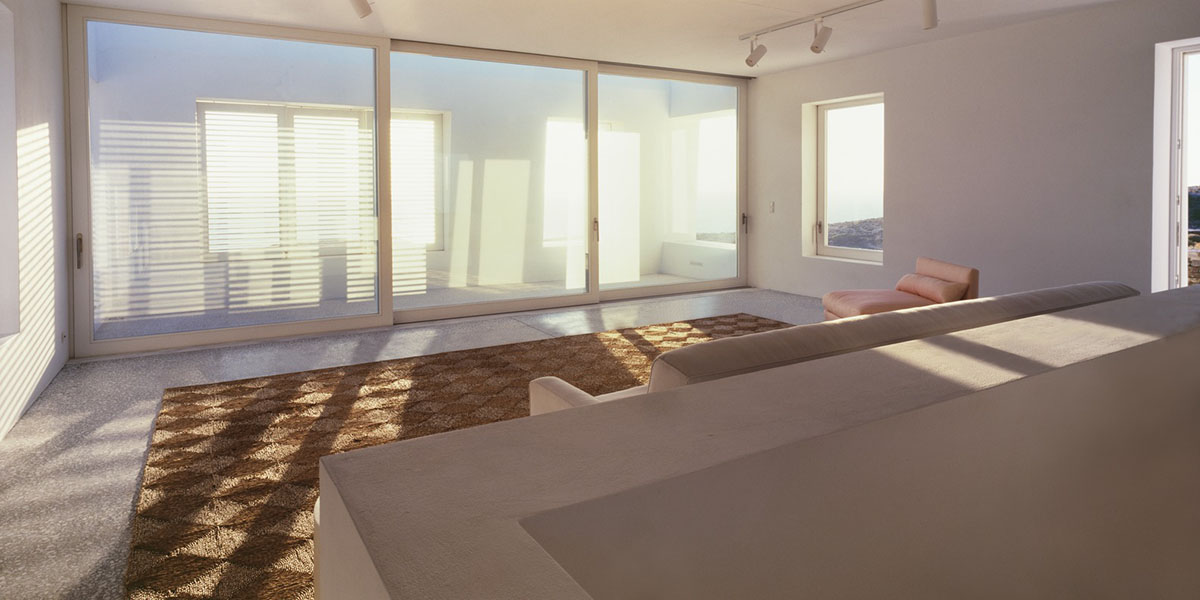 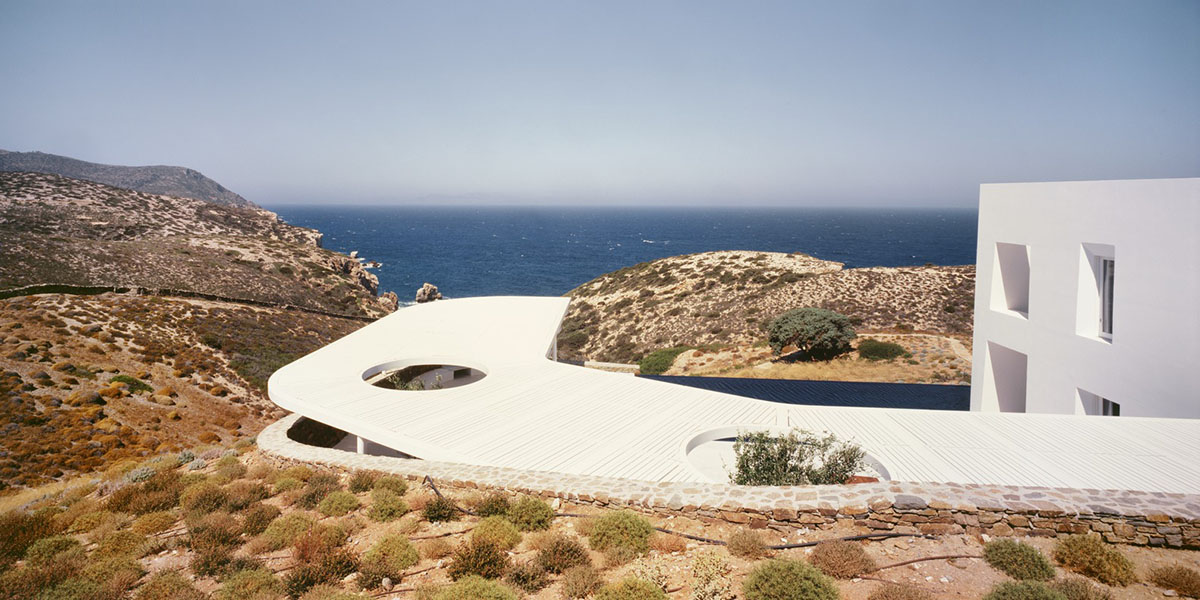 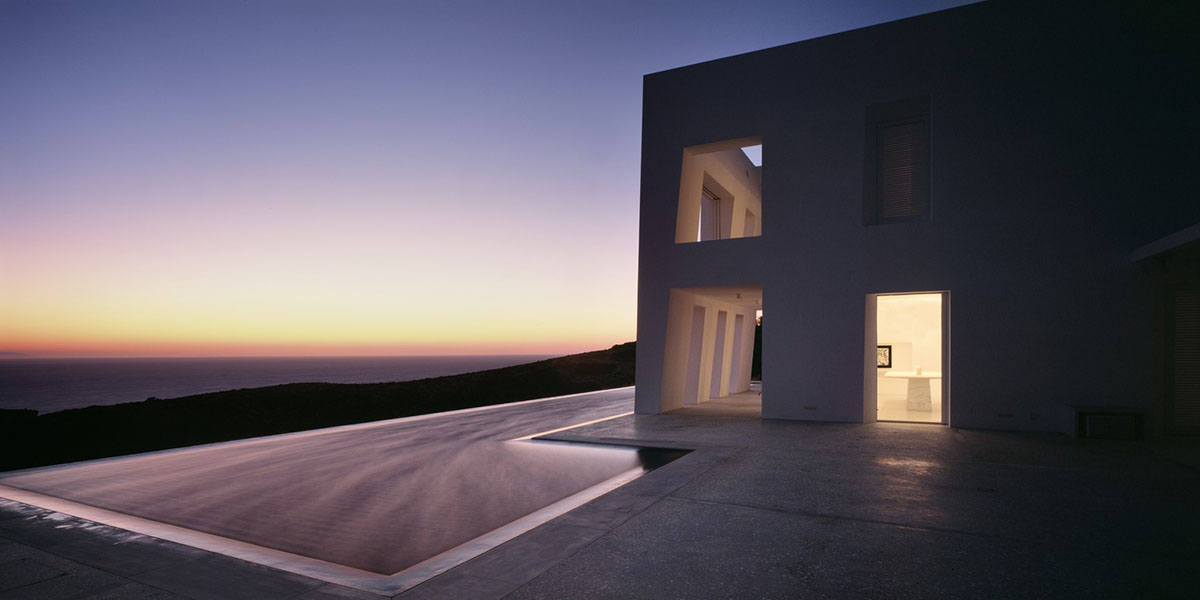 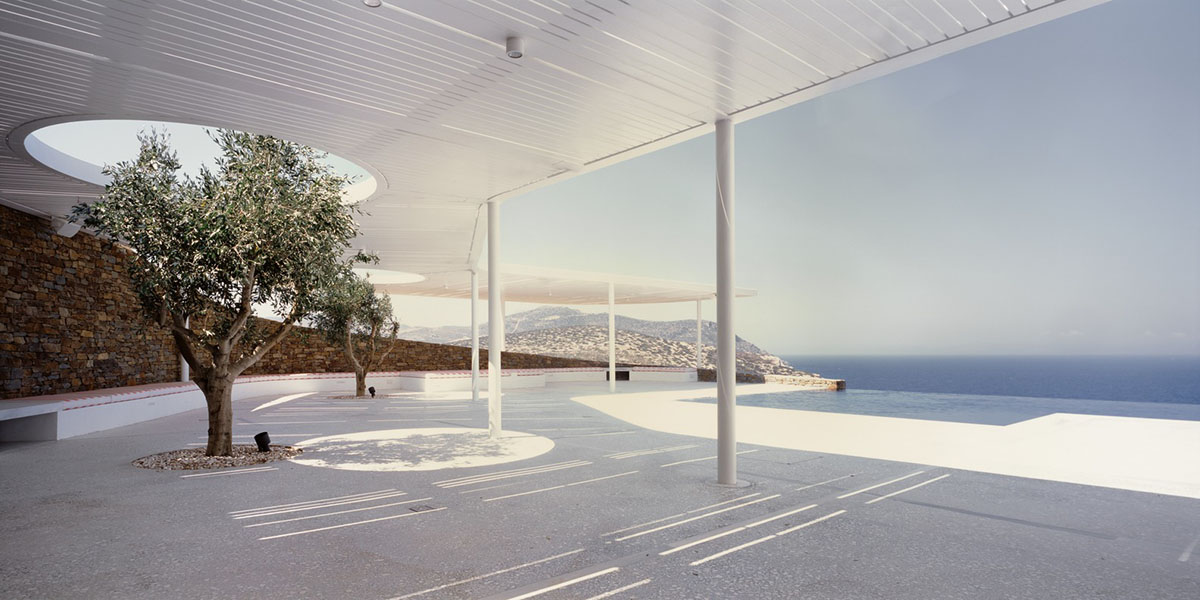 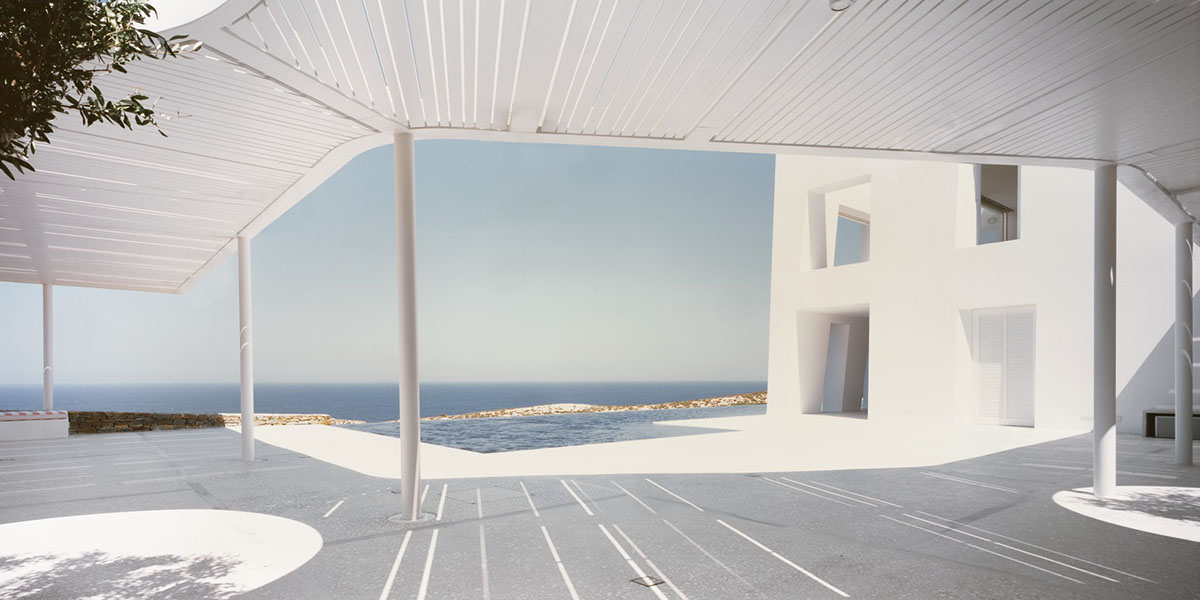 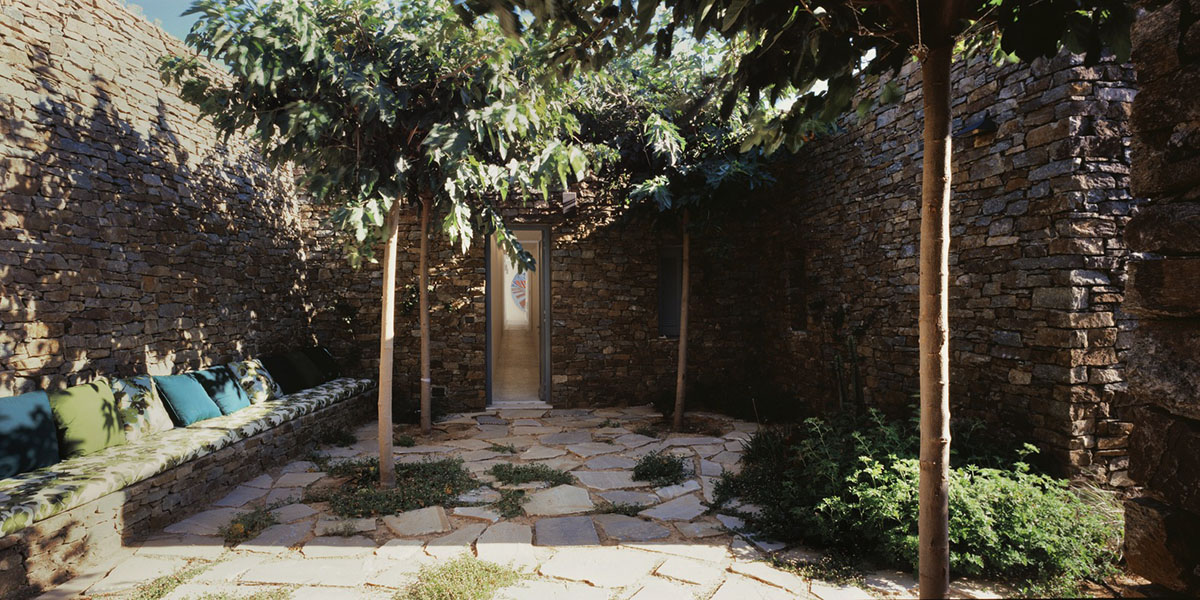 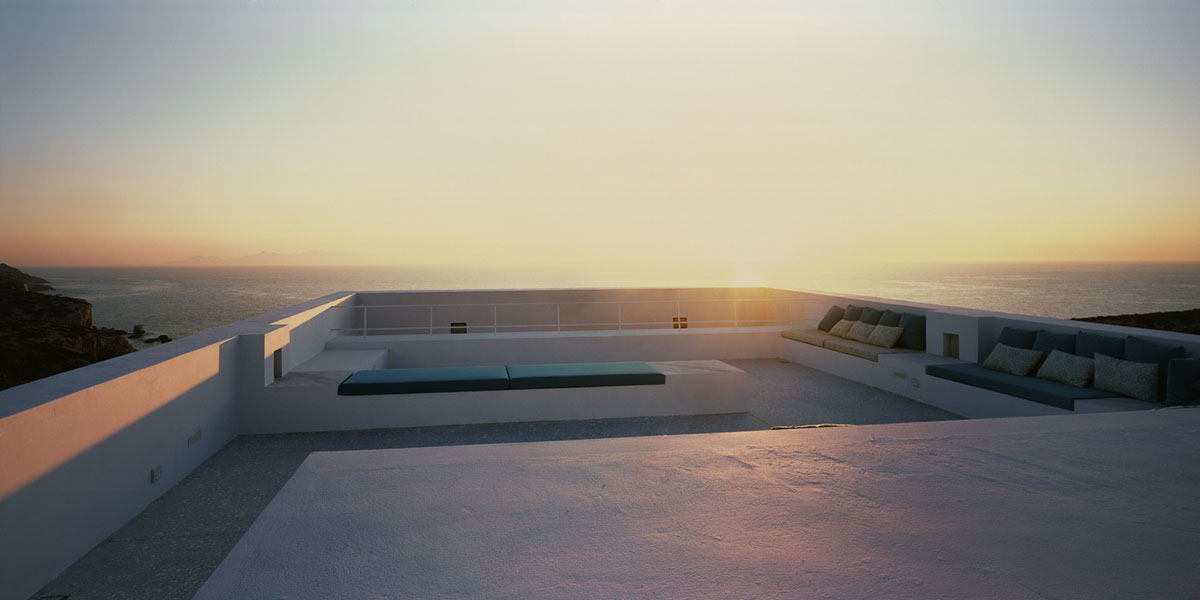 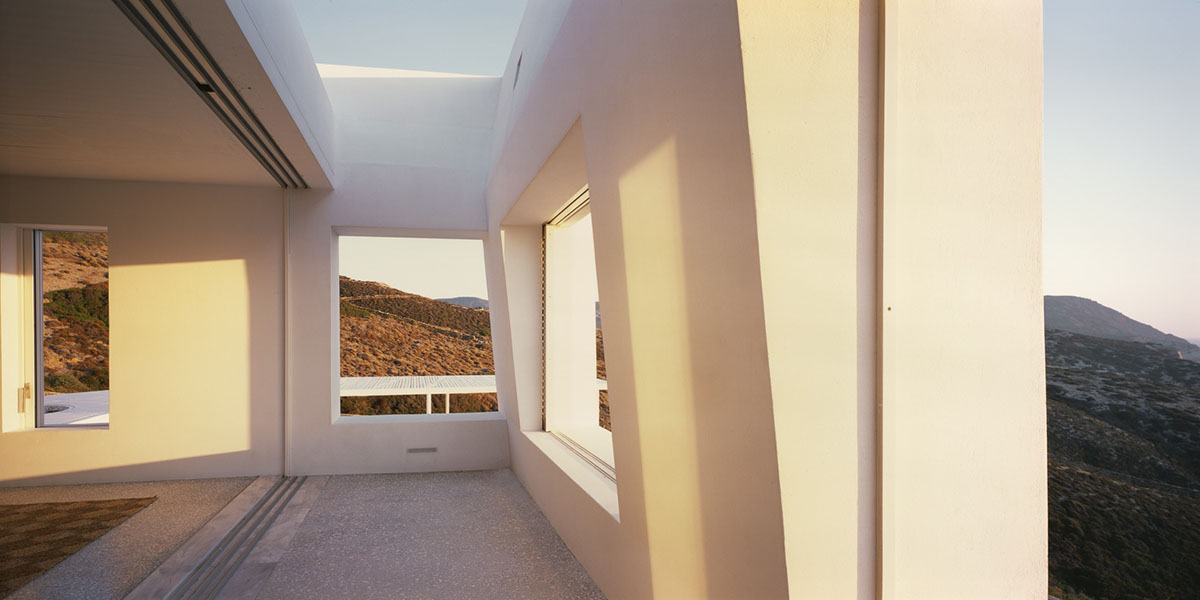 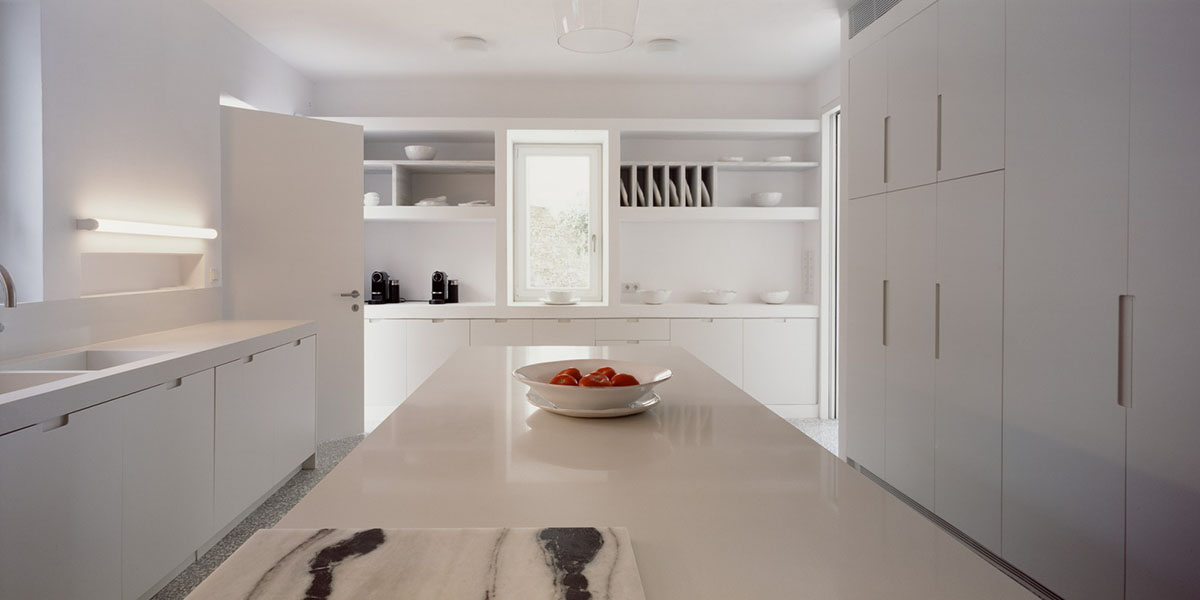 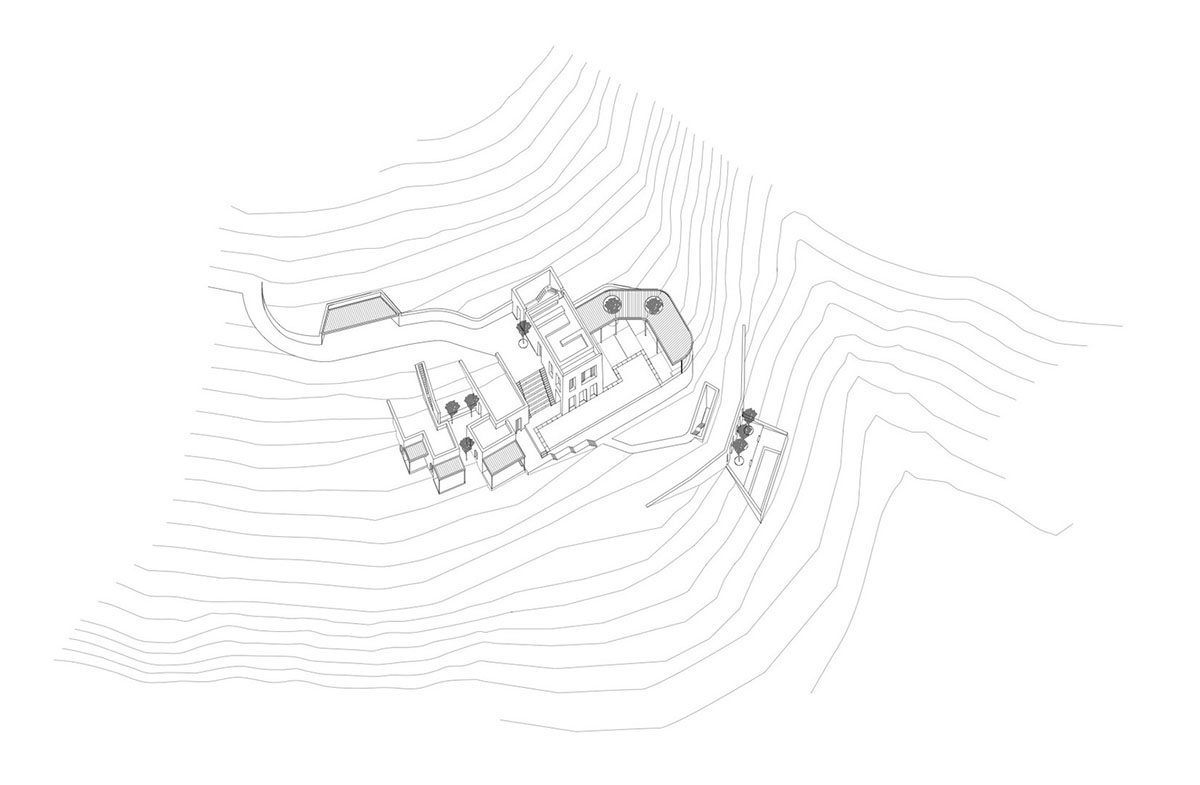 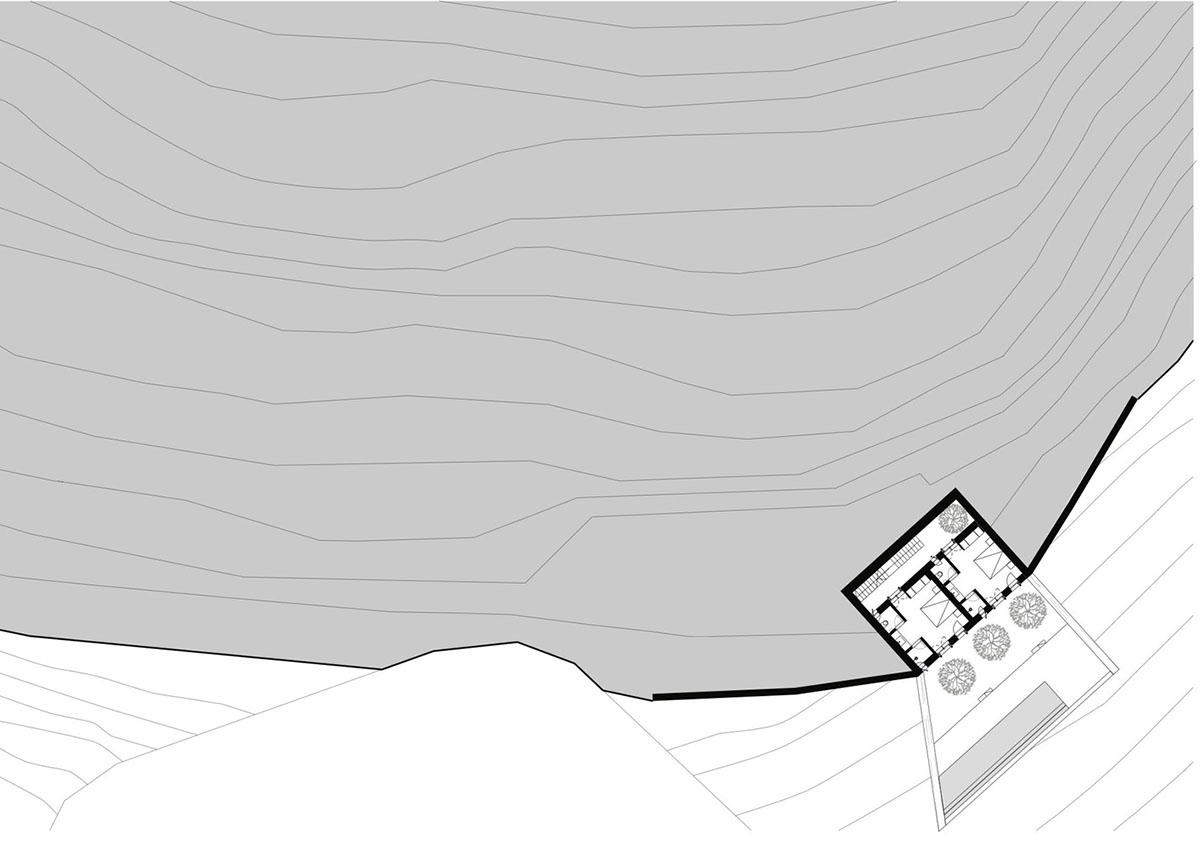 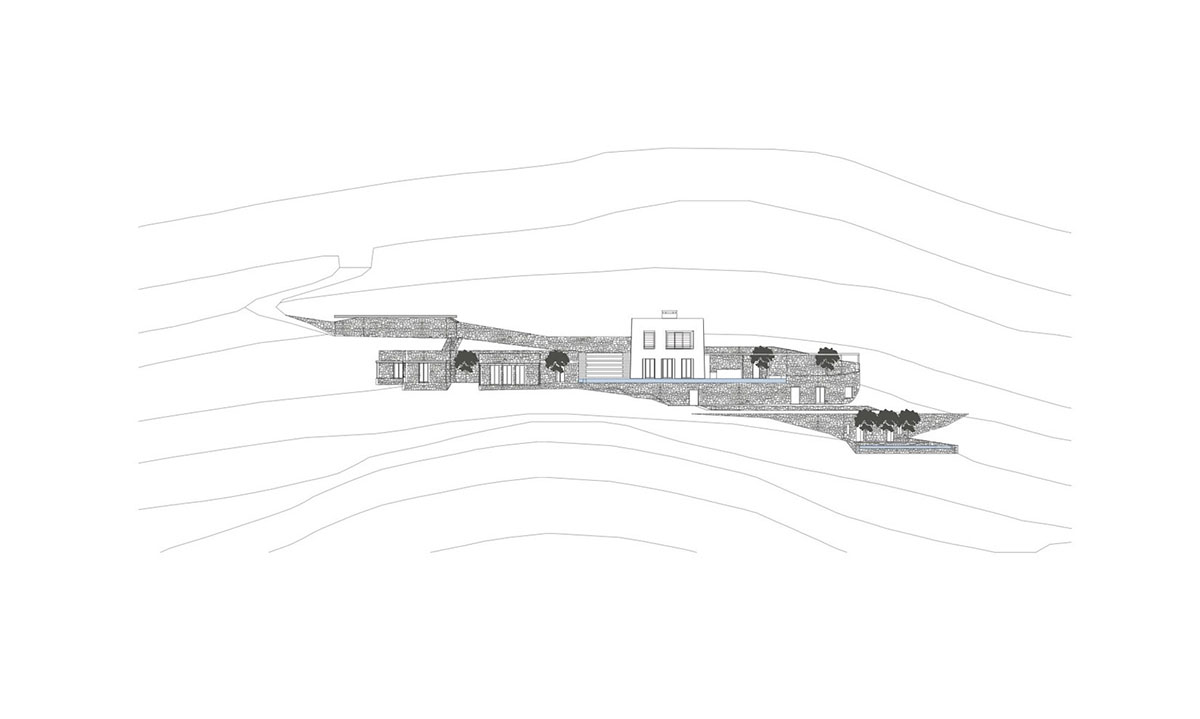 ARP - Architecture Research Practice was founded by Argyro Pouliovali in 2014 in Athens.