Realised as the first prize of a competition, the 14,080-square-metre building is composed of five volumes distributed at site irregularly, giving views towards different directions.

The program of the center consists of a religious school building, a cultural and office programme, an apartment building for the employees of the community, a restaurant and the mosque, the first one to be built in Slovenia, all of them supported by car parking in the basement. 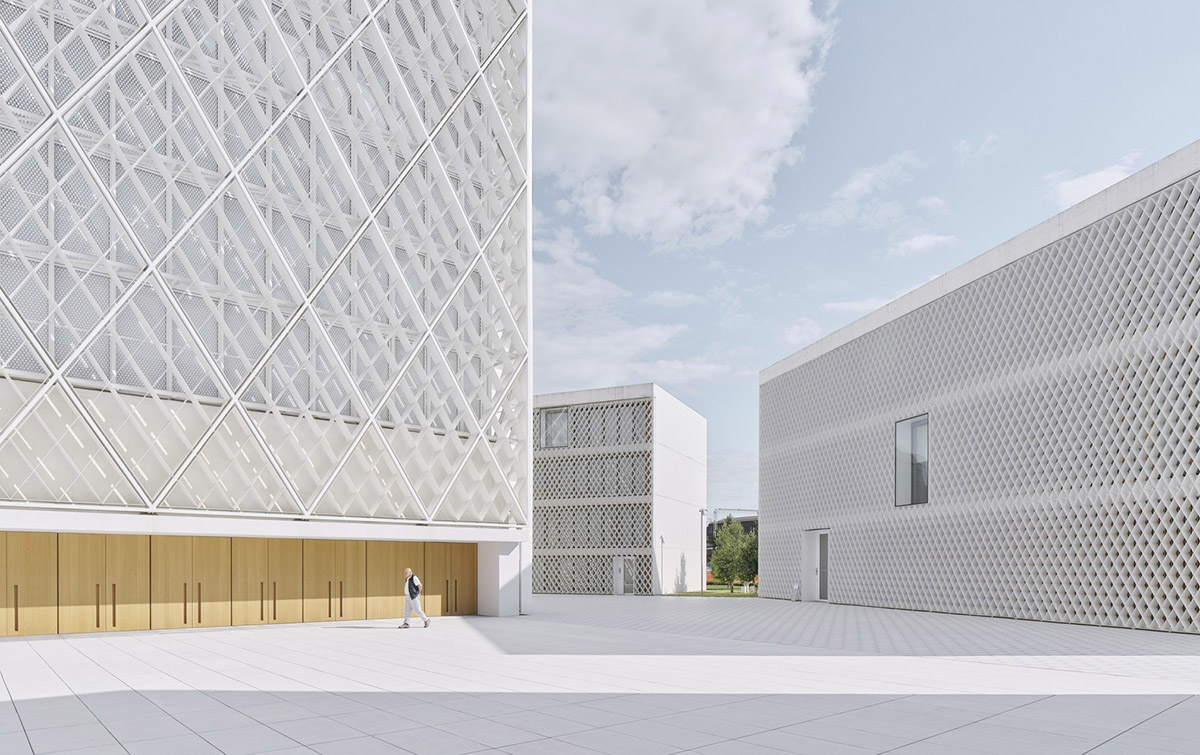 "The ‘specificity’ of the new location for the Islamic Religious and Cultural Centre is precisely its complete lack of ‘specificity’ – an area that is near the city centre, but abandoned and forgotten, in a fragile undeveloped state, with an uncertain urban future," said Bevk Perović arhitekti.

"Much like its historical predecessors – the case of Sarajevo mosques during 19th century being a nearby example, where mosque complexes – built by rich donors – were the starting points, the ‘seeds’ for the development of the new parts of the city, the new complex becomes one such thing for this part of Ljubljana." 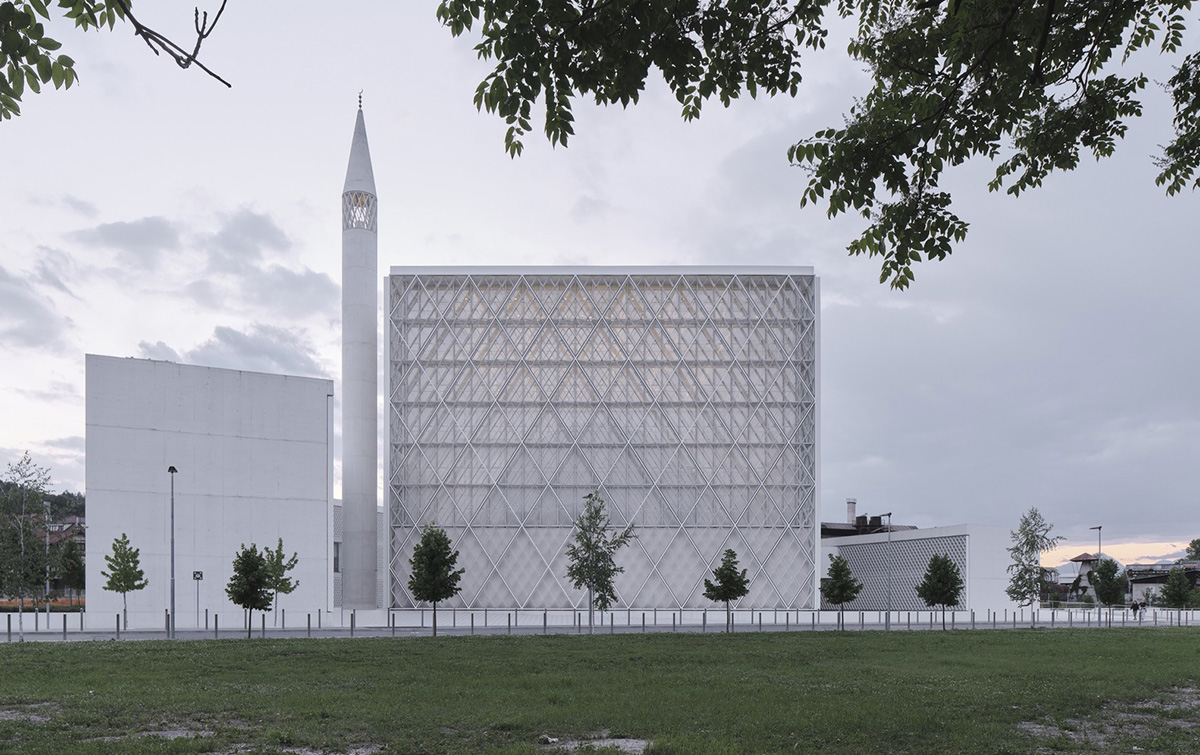 The architects arranged the new buildings as separate entities and autonomous buildings surrounding the central square area with a mosque in the centre of it.

The buildings are kept as simple volumes, oriented always towards the ‘outside’ world with their respective programmes, simultaneously surrounding the mosque building and allowing views towards it form all sides through the gaps in-between them. 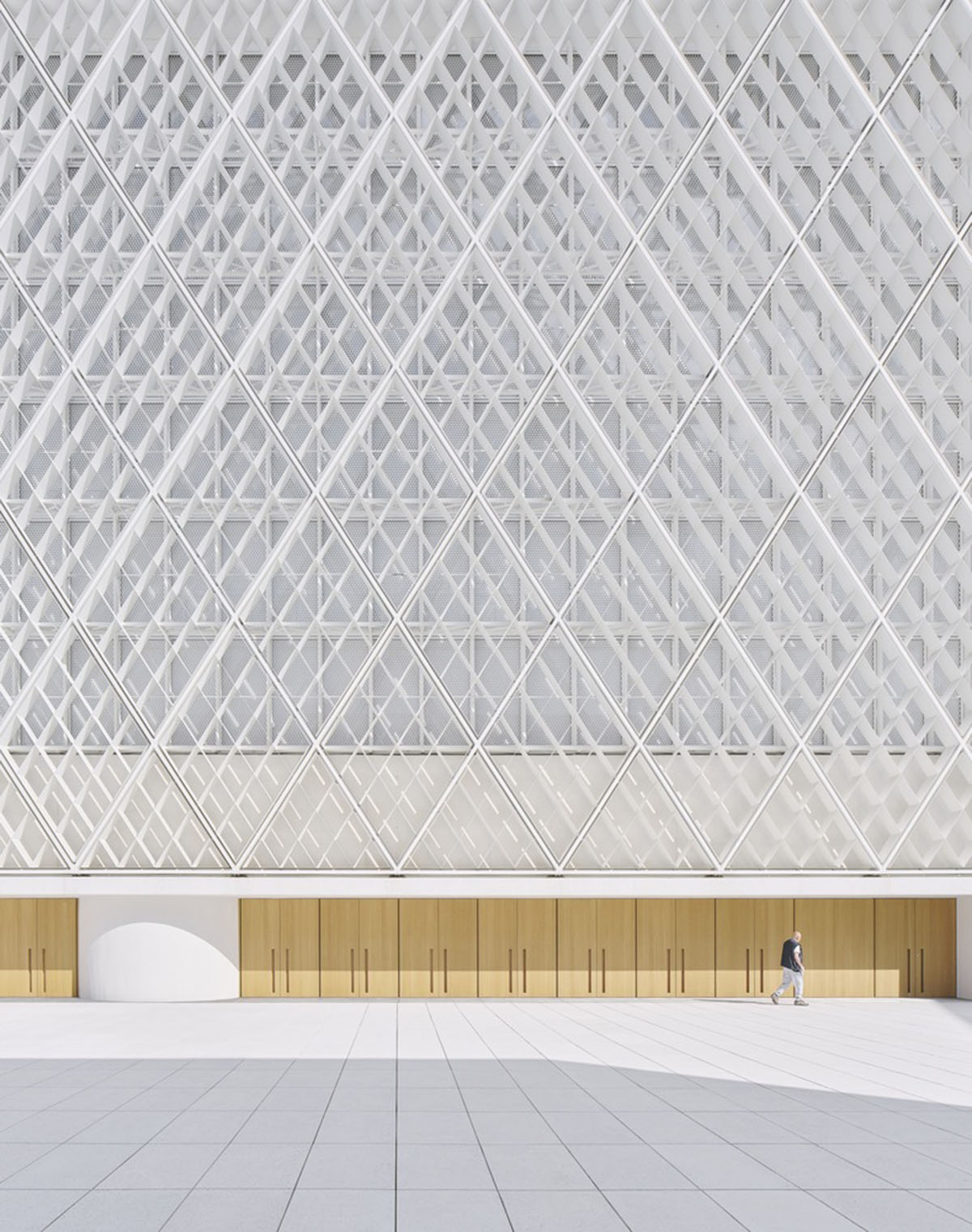 Their articulated façades make the center more interesting, pure and light in terms of their mass and heaviness.

The mosque, sitting on and opening fully towards the square to allow for extension of the prayer space on the outside during large gatherings of congregation, is the central element of the new complex. 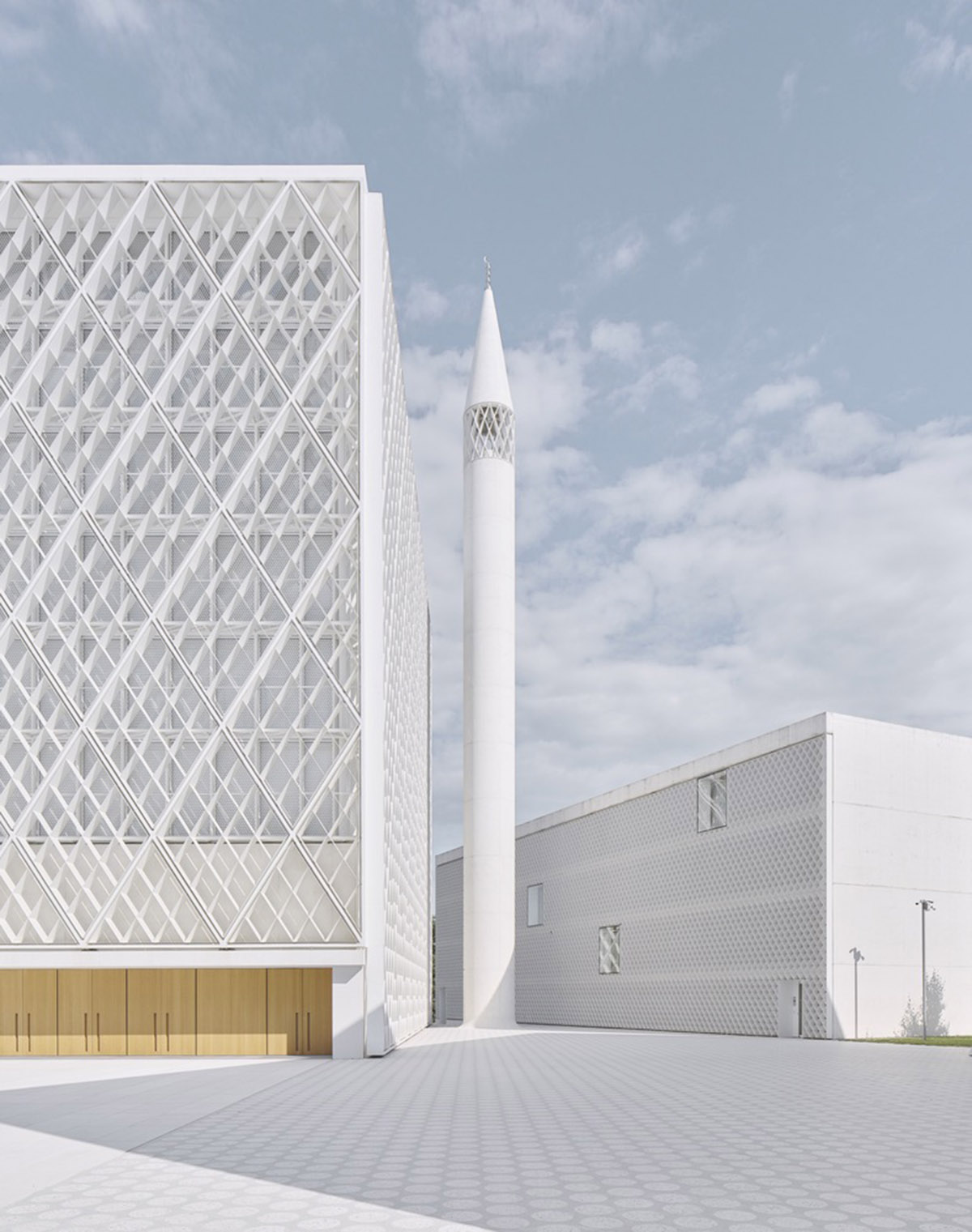 Rather than following obvious historical precedents, as well as the recent iconographically obvious examples, it is conceived as a steel structure – a 32/32/24 metre box constructed of 1-meter (45cm) deep and only 2 (8cm) centimetre thick steel latticework, filled with white concrete on the lower part, and transparent glass on the upper part, allowing for the sun to flood the interior space. 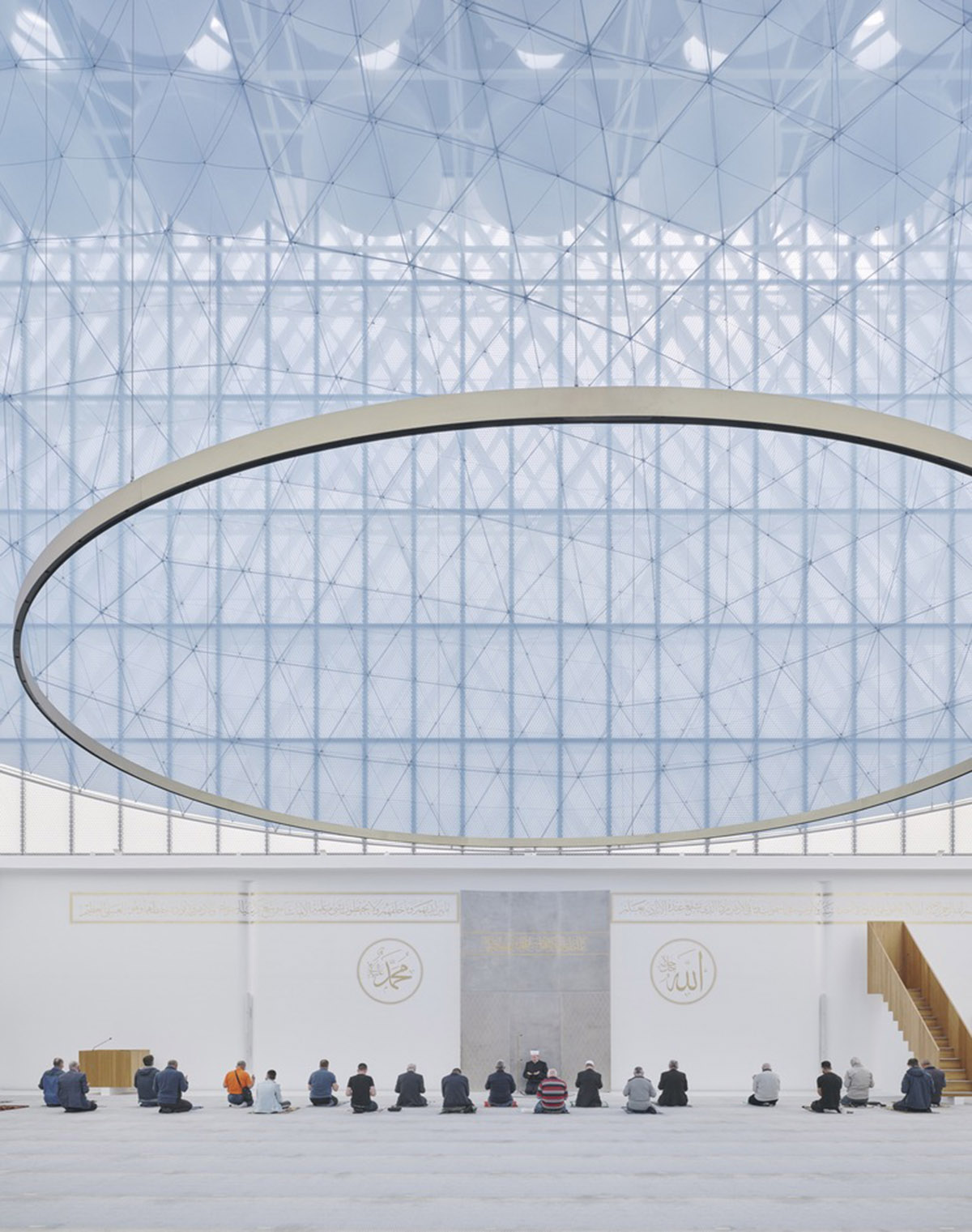 "The cupola – the central element of the mosque – rather than topping the space, hangs suspended within its interior," said the office.

"As a representation of the sky in historical examples – it is made of transparent blue textile, the flimsiest and most fragile of materials, the material which in Islam has a long and rich history – starting from the Kiswah of Kaaba to the portable tent-mosques of Iran." 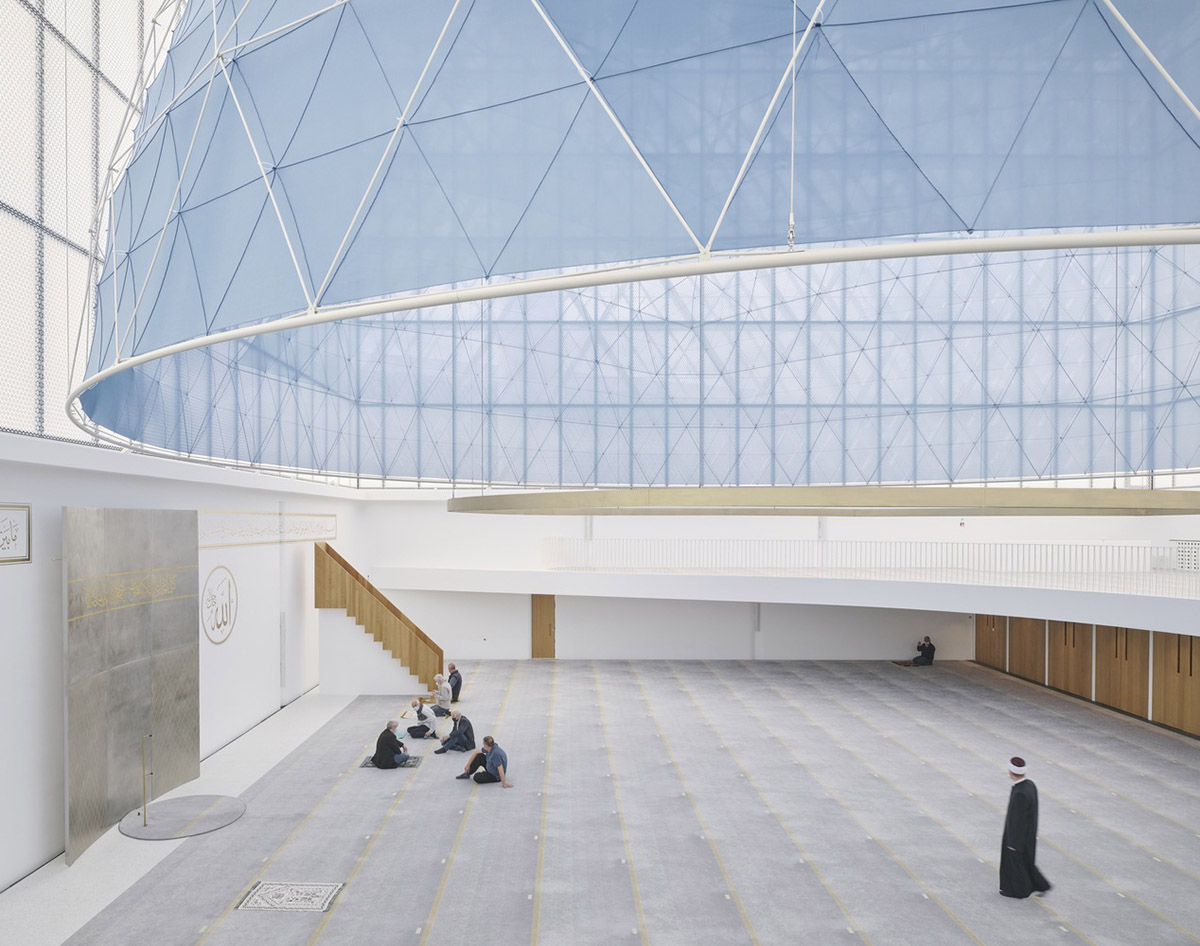 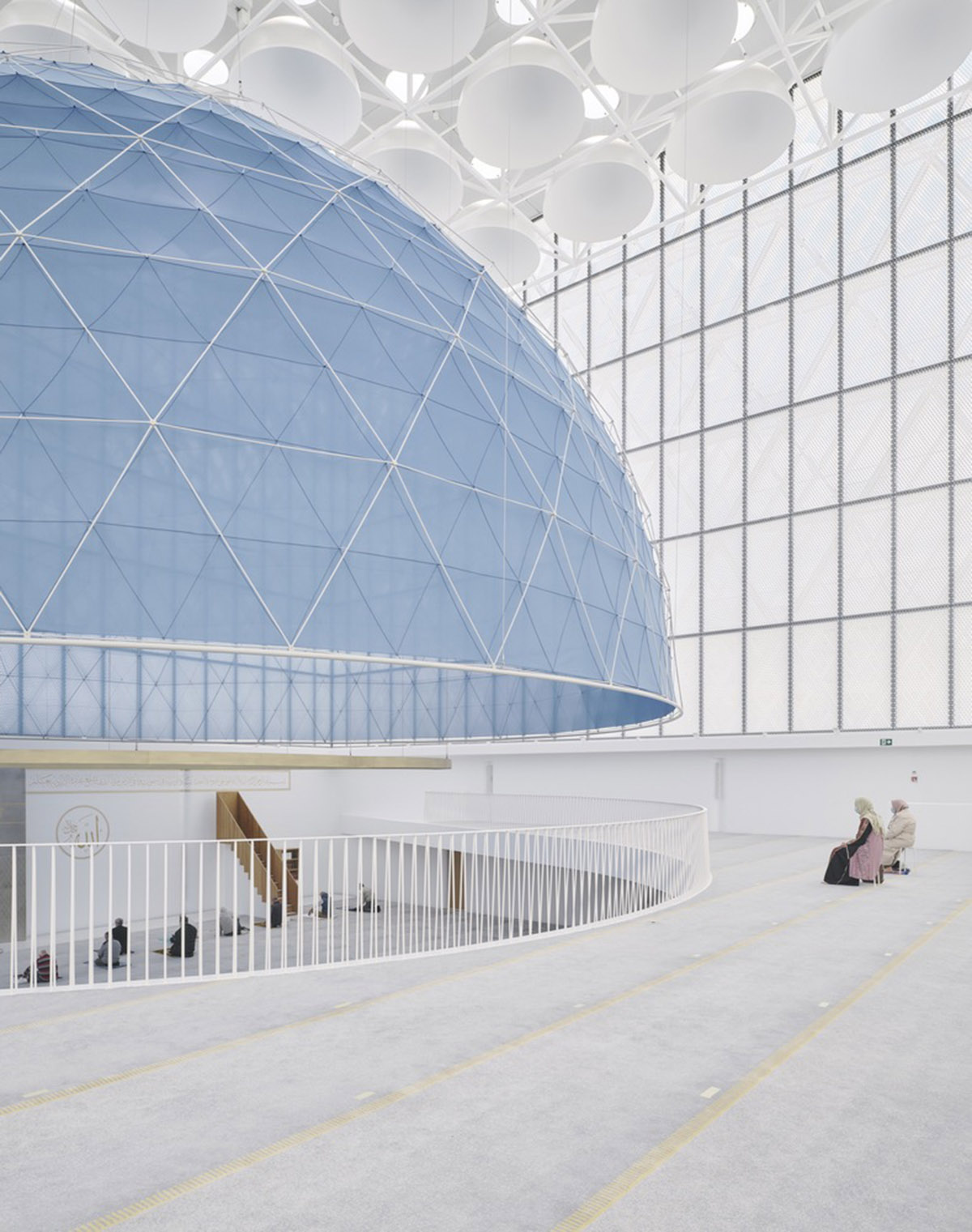 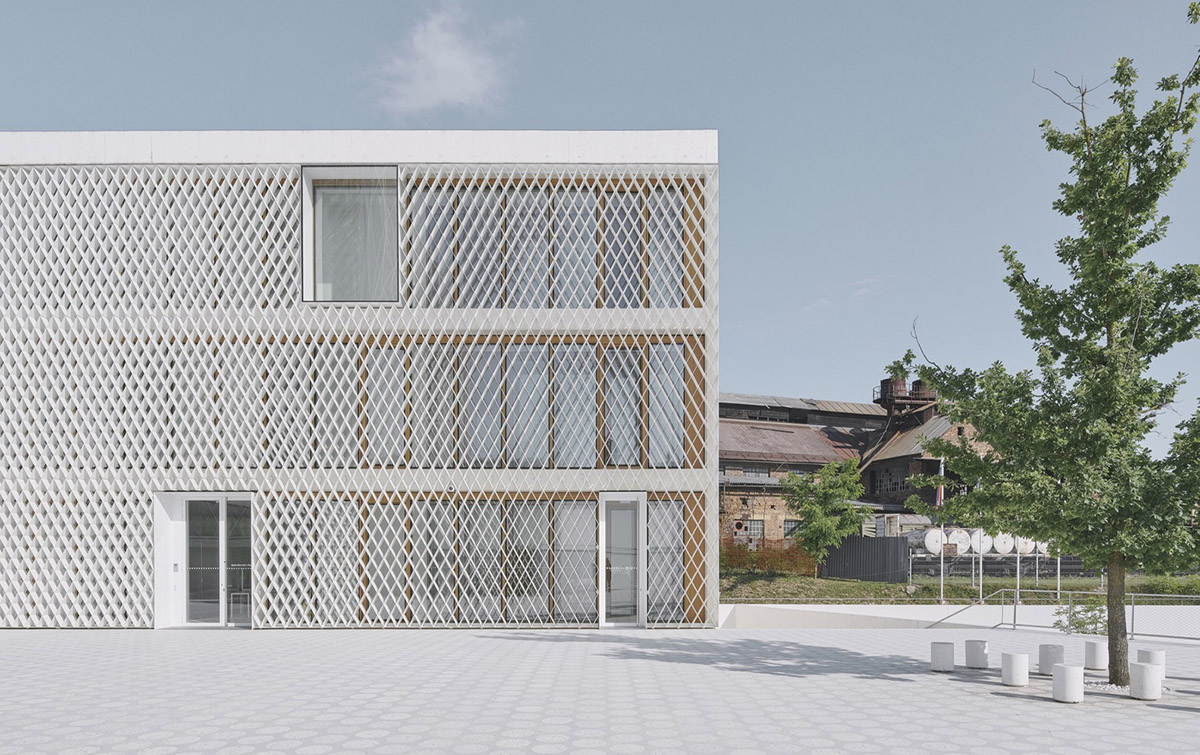 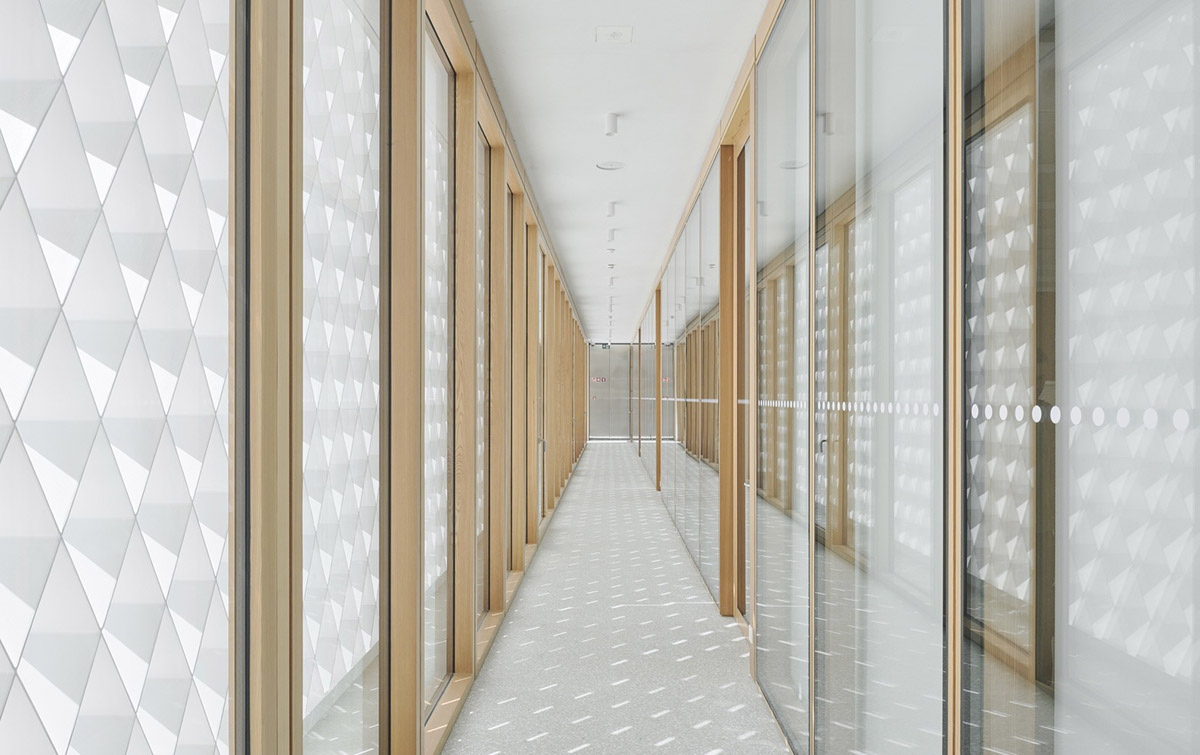 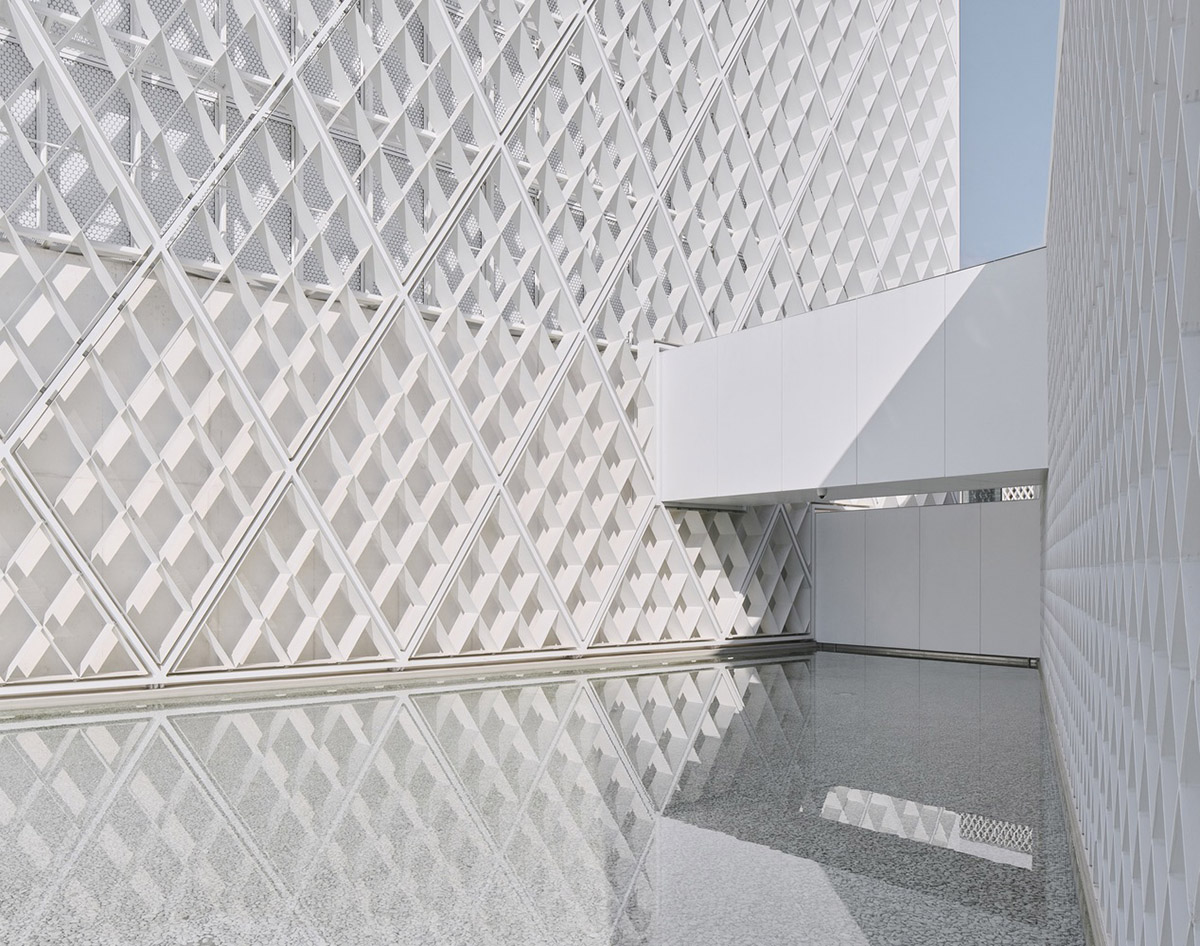 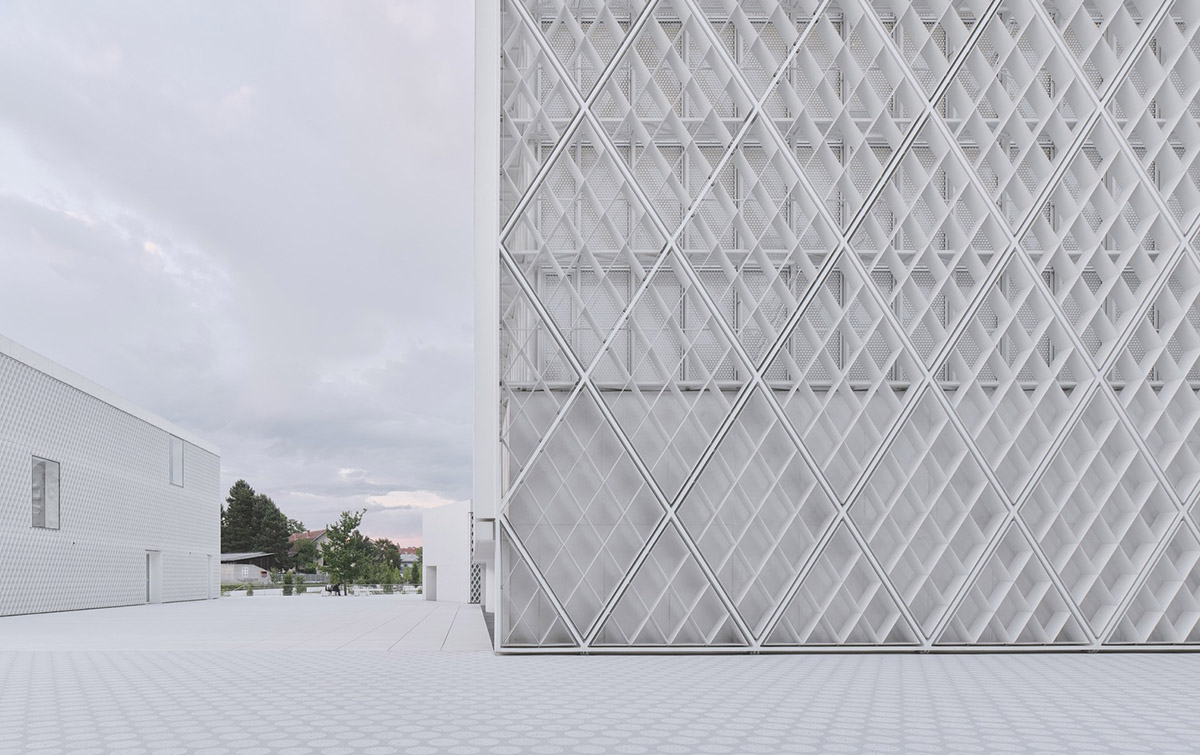 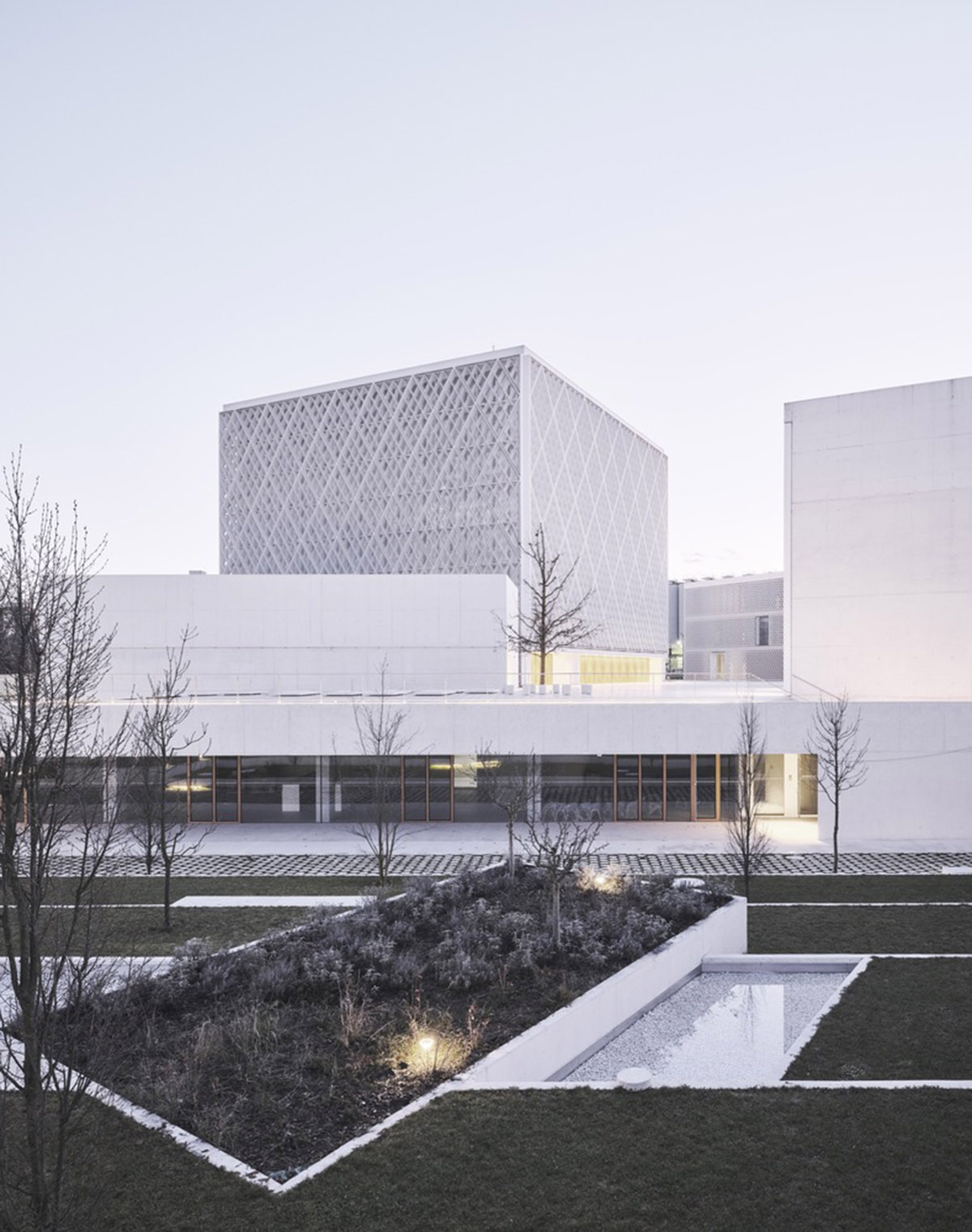 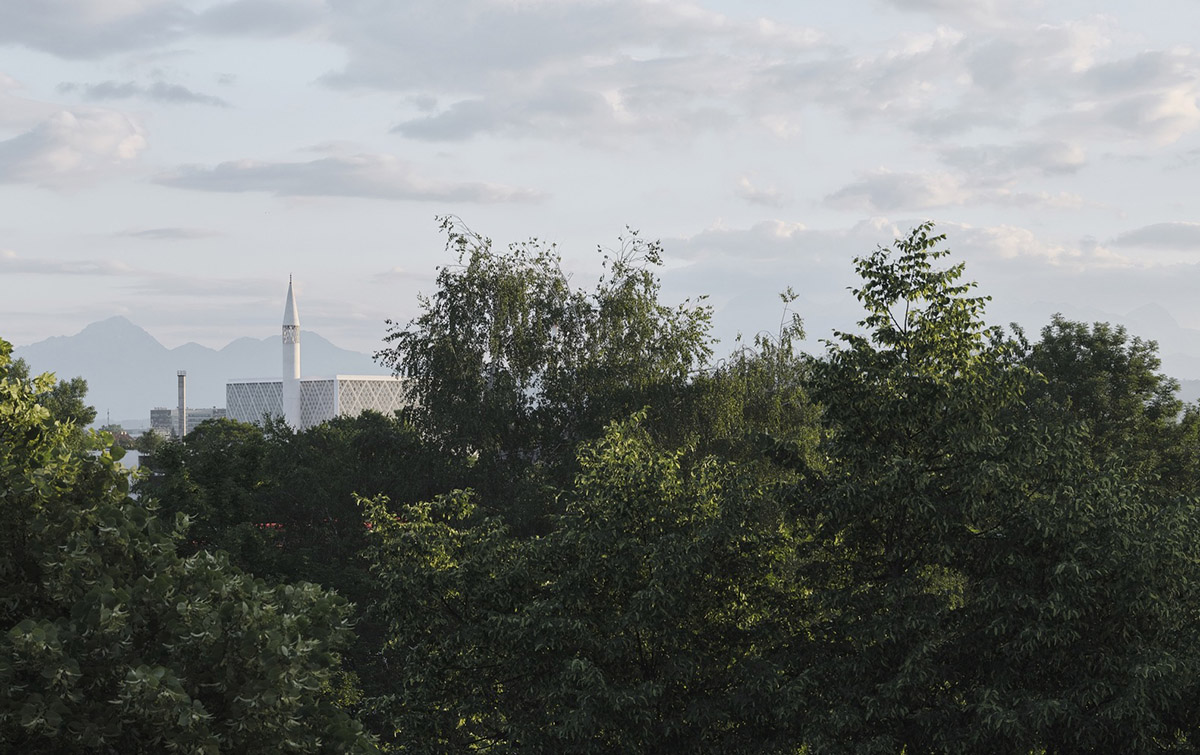 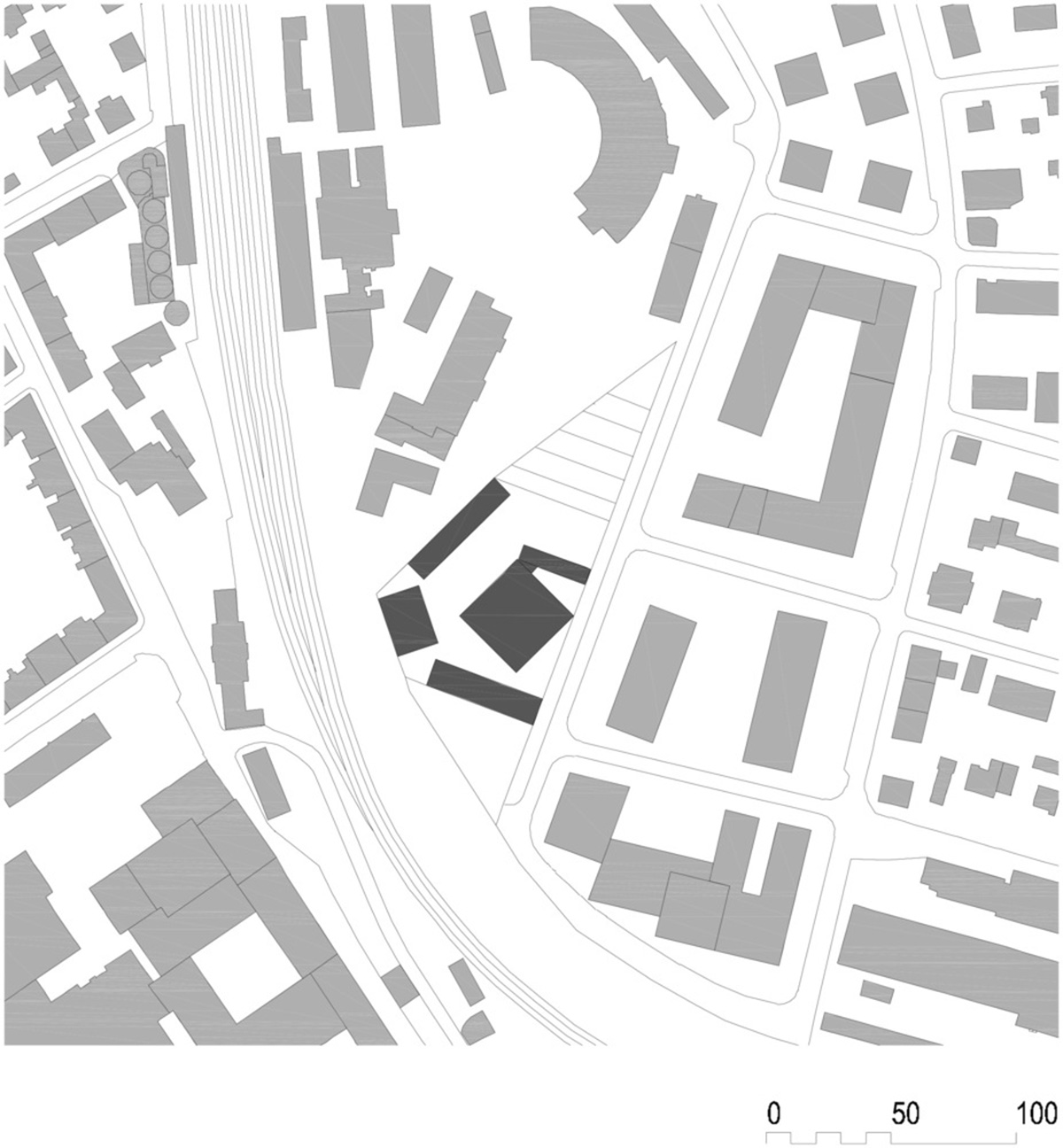 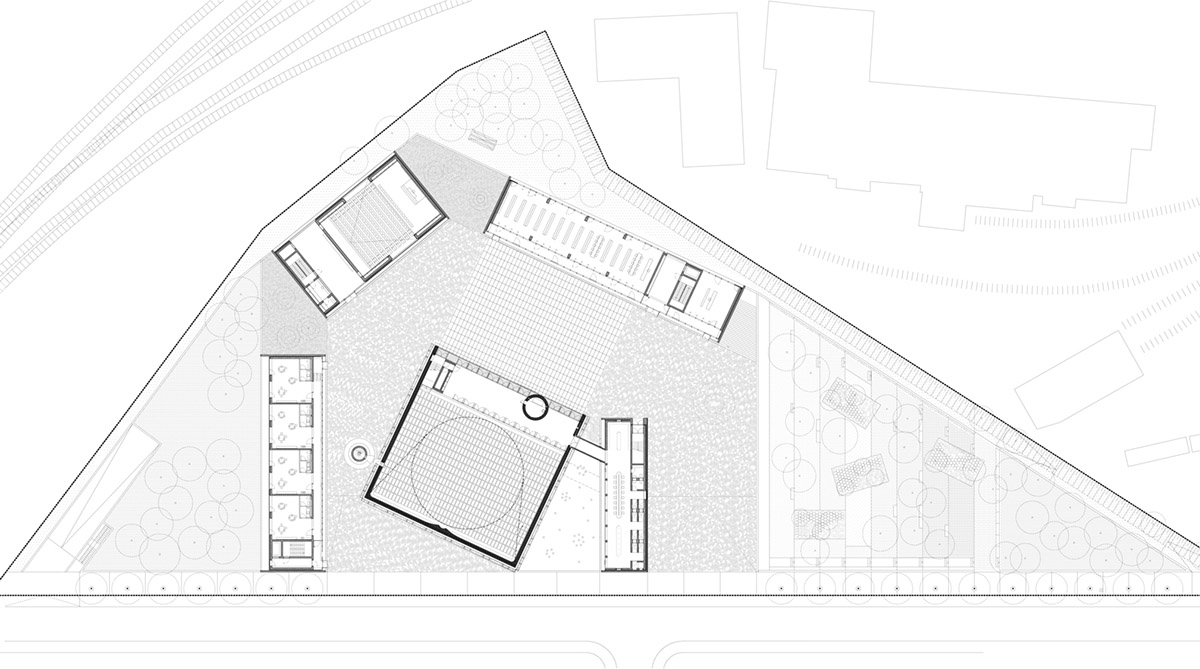 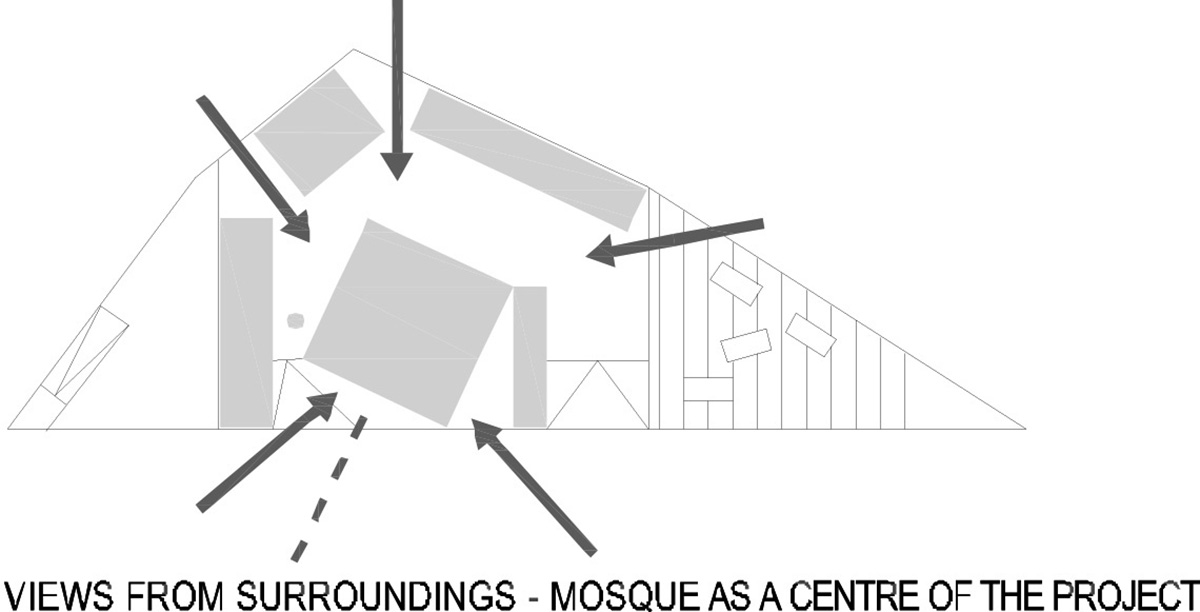 Client: Islamic Community in the Republic of Slovenia, The City of Ljubljana