Space within a space 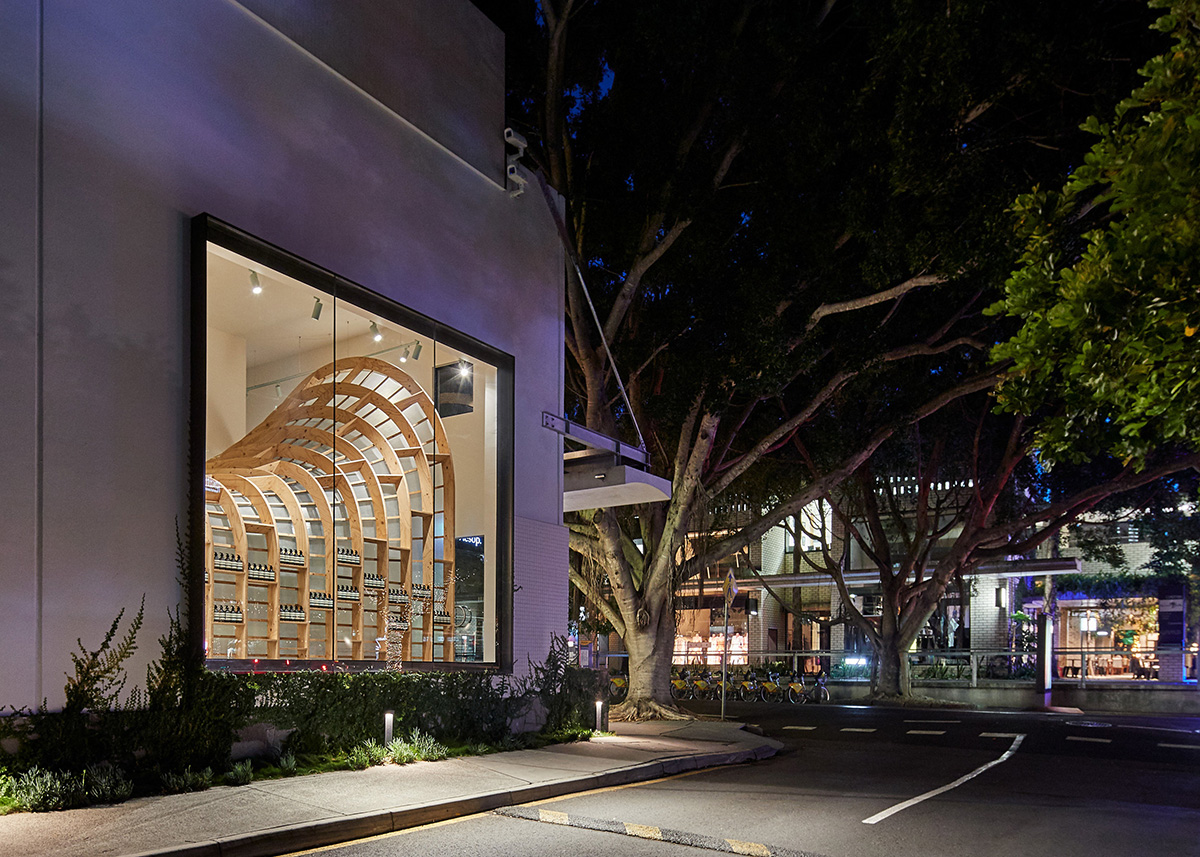 Just by walking a little through James Street in Brisbane, you can see the freestanding structure which is inserted into the space to create a focused product and testing area. The structure was created by March Studio in 2015 to combine cultural awareness with a relaxed Queensland spirit. The key concept for designing this mesmerising space is inspired by the fluid lines of artist Anish Kapoor’s sculptures. 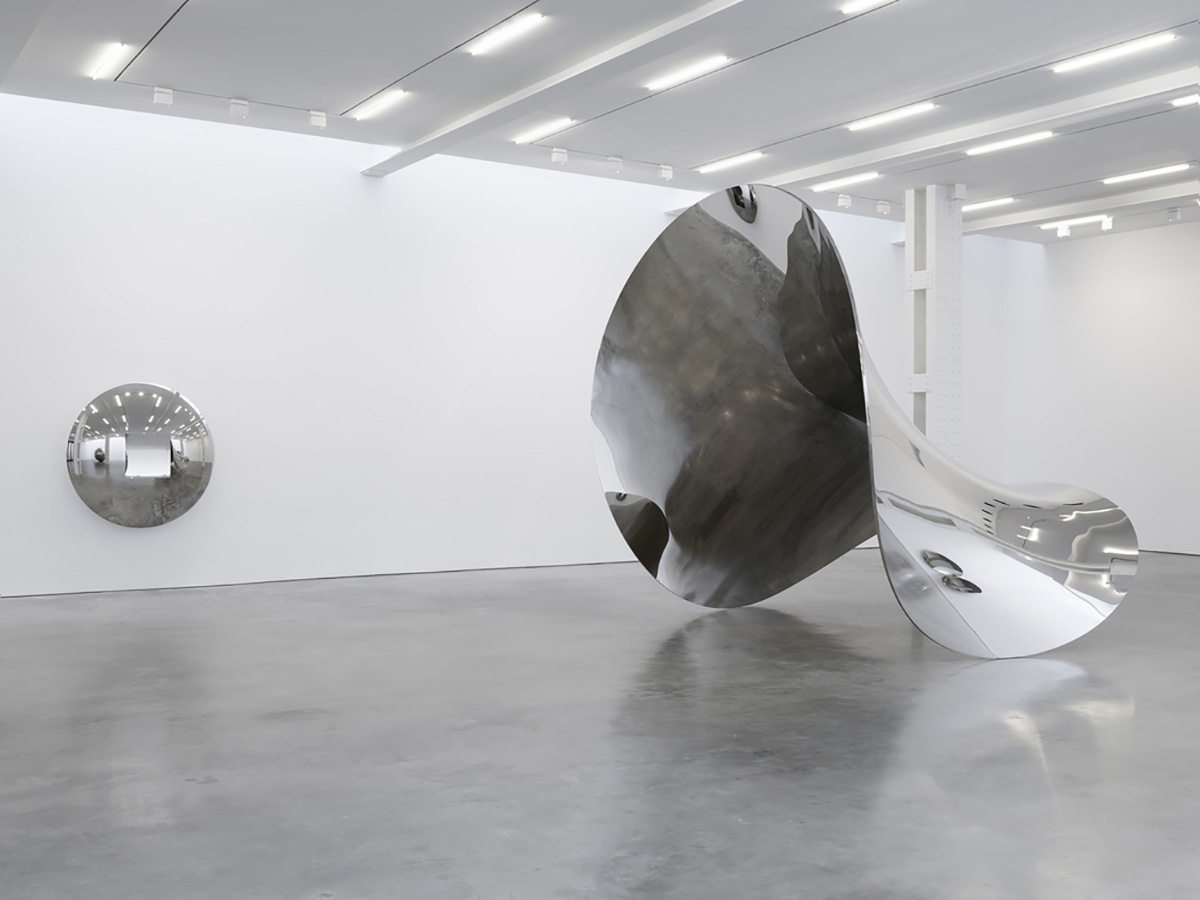 "The entire interior is encased in fibreglass, its translucency affecting a welcoming, light-filled enclave. The grid-like framework is reminiscent of a boat’s internal structure, recalling languid summers spent along the Australian coastline," reported by Aesop. 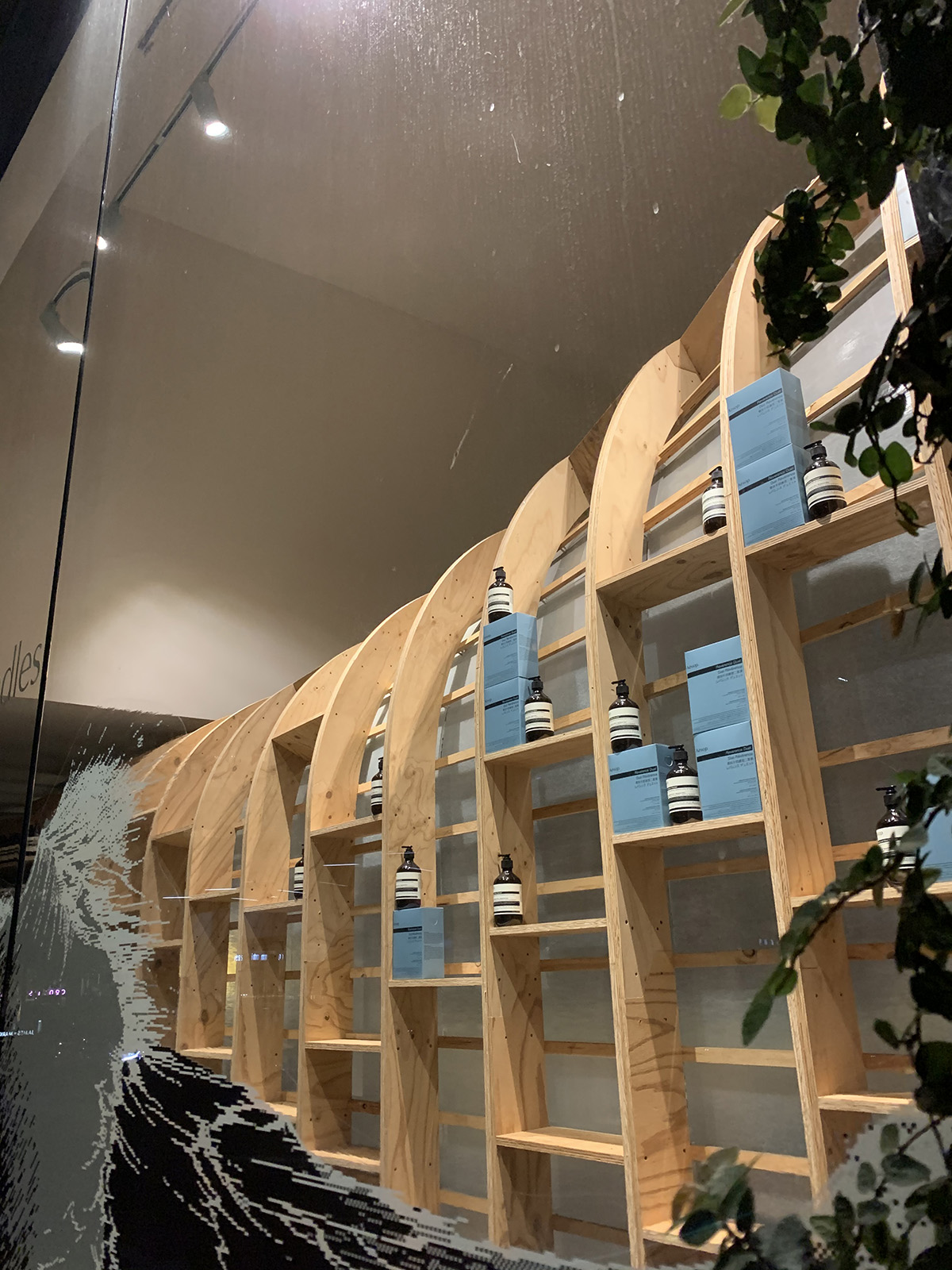 "The resolution of the design was limited by one-way curving fibreglass sheet, not two-way curving mouldings. Open at each end, the arching form connects wall and ceiling, moving through the undercroft space and then billowing out into the double-height void," reported by March Studio.

As the fibreglass sheet is limited to only being able to curve in one direction, the form presents dual entrances to which equal importance at each end.

"The horizontal beams of the external timber frame are used to display products along with the outer shell, visible through the façade windows", reported in Taxonomy of Design, a recently launched digital magazine of Aesop. Interestingly, the view of the fibreglass sheet from the street evokes "the trumpeting horn of a phonograph". 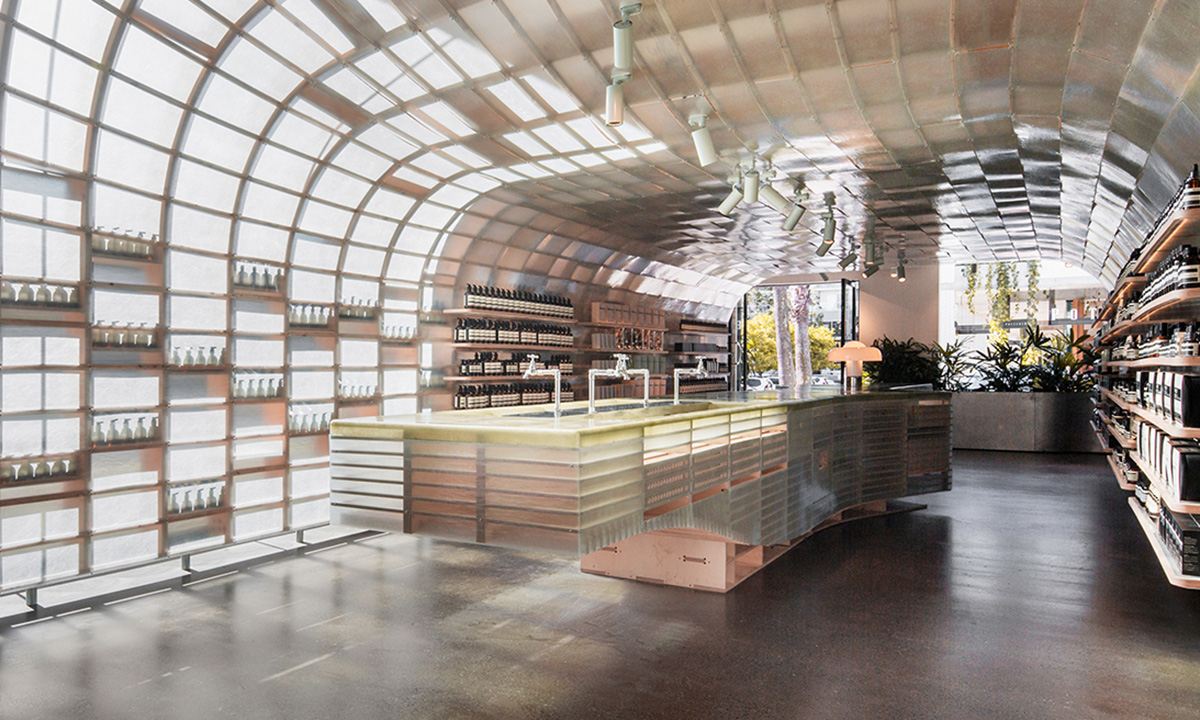