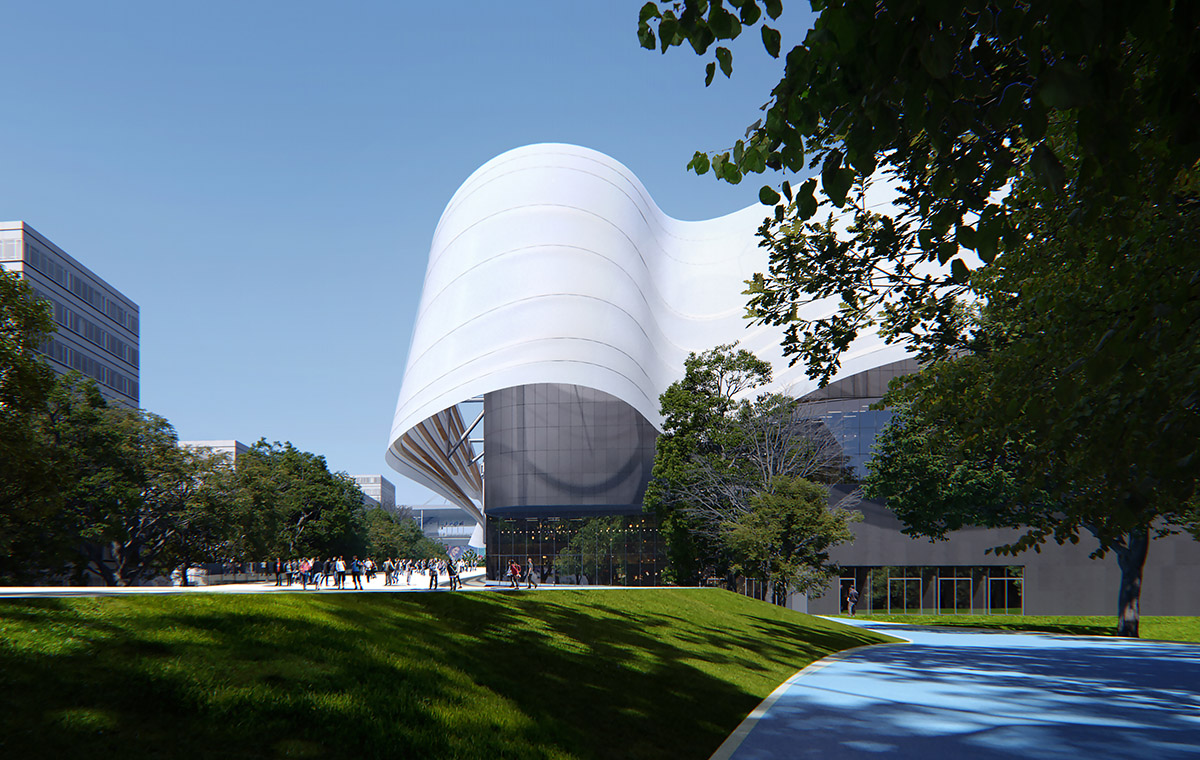 The project is located in the Saint-Denis district of Paris, adjacent to the important Stade de France, which will host the opening and closing ceremonies of the Paris 2024 Olympics, along with track and field events.

Positioned to the west of the stadium, separated by a high-speed road, the two key Olympic venues will be connected by a dynamic pedestrian bridge linking them to one another. 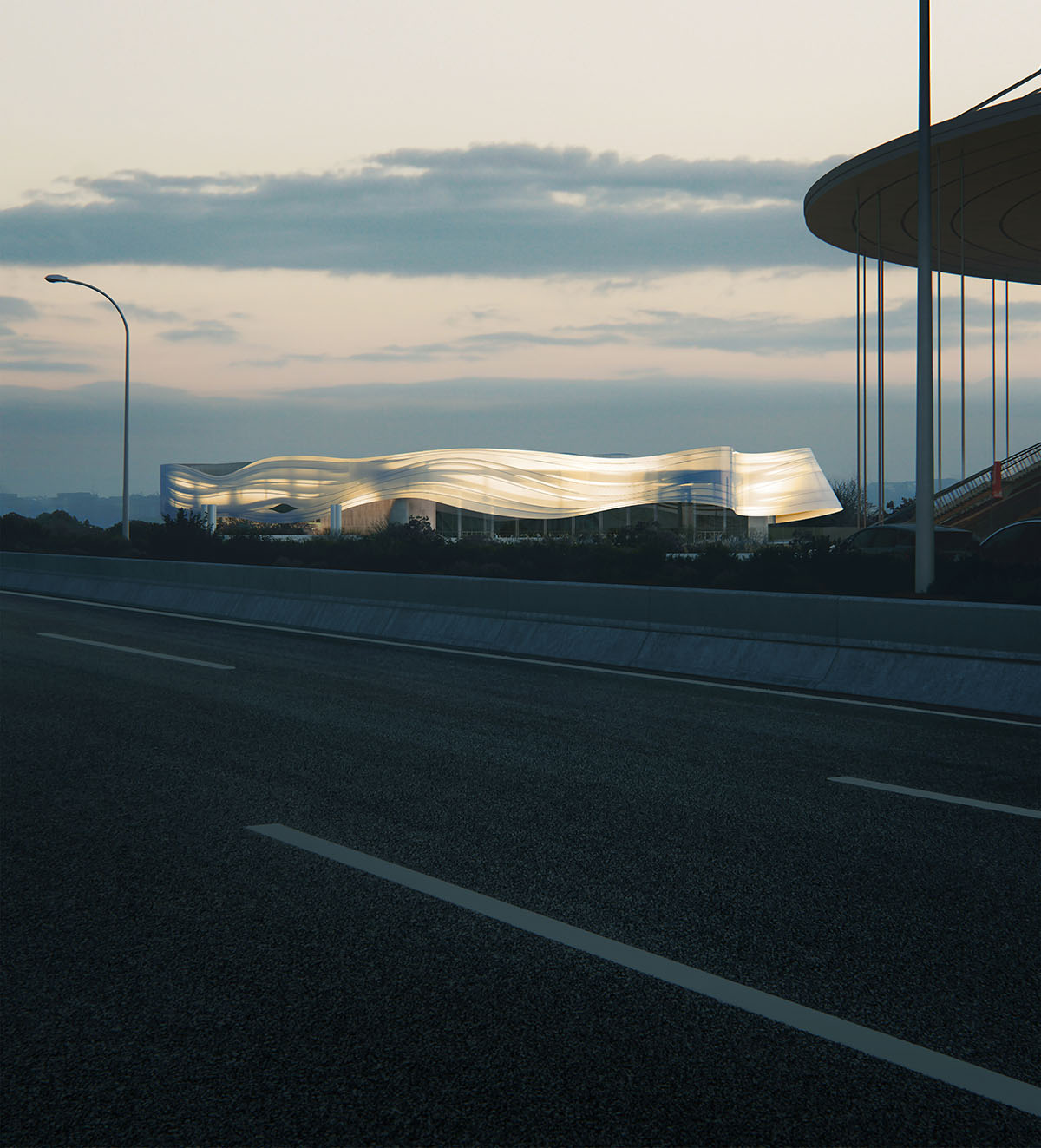 "The ambitions of the 2024 Paris Olympics is to instill environmental change and work towards hosting the games as carbon neutral," said MAD.

"The 36 venues set for Paris 2024 will be housed in existing or temporary infrastructure, with only two new large-scale venues being built. One of these is the Aquatic Center."

The design team’s proposal envisions the sports facility as an urban public artwork that showcases the beauty and hope of Paris. Driving along the city’s main road, at the intersection of the A1 and A86 highways, the translucent curved building appears to be floating, equipped with an incredible lightness, with the city in the distance.

Its energetic curves change with the sunlight and the sky, like ripples through a translucent curtain.

The Aquatic Center will have the capacity to accommodate 5,000 spectators during the Olympics; but to maintain its legacy and usability, it has been designed to easily transform to half its size after the games. 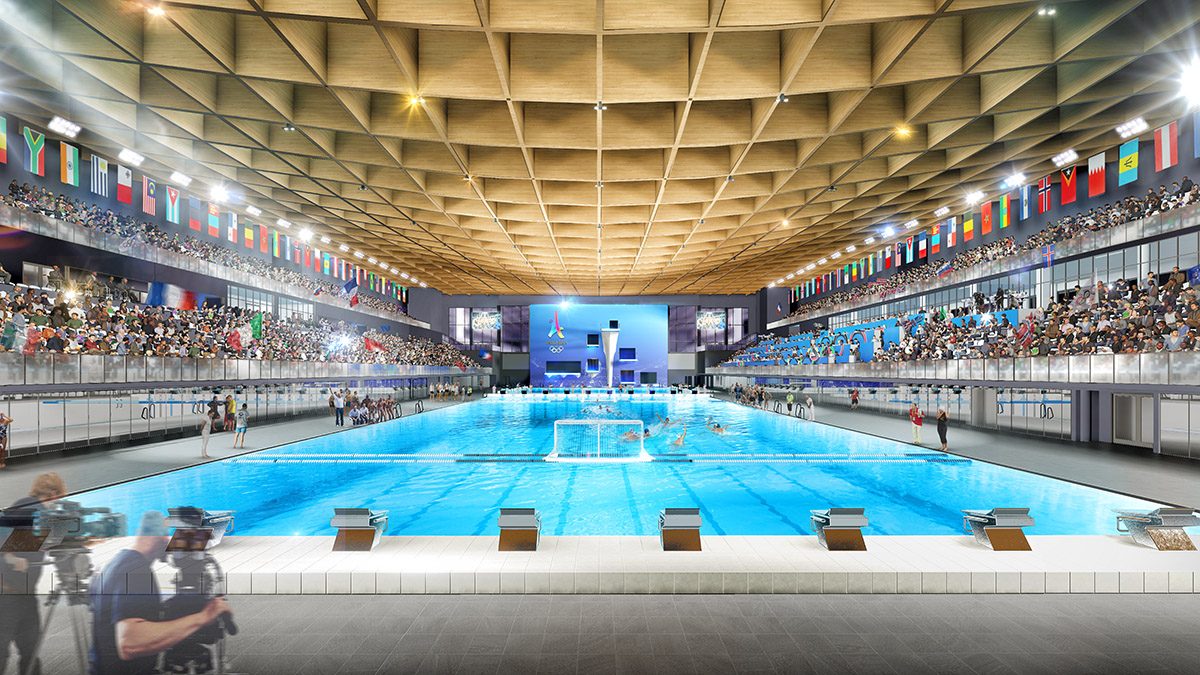 "Aligning with Paris 2024’s environmental protection considerations and sustainable development, approximately 70% of the structure is constructed from wood, minimizing the project’s carbon footprint," said the office.

At the same time, the building will employ renewable energies. By using large solar panels, they will contribute to reducing light and energy consumption; and rainwater collection systems recycle water to irrigate integrated landscaping that covers an area of 6000 square meters. 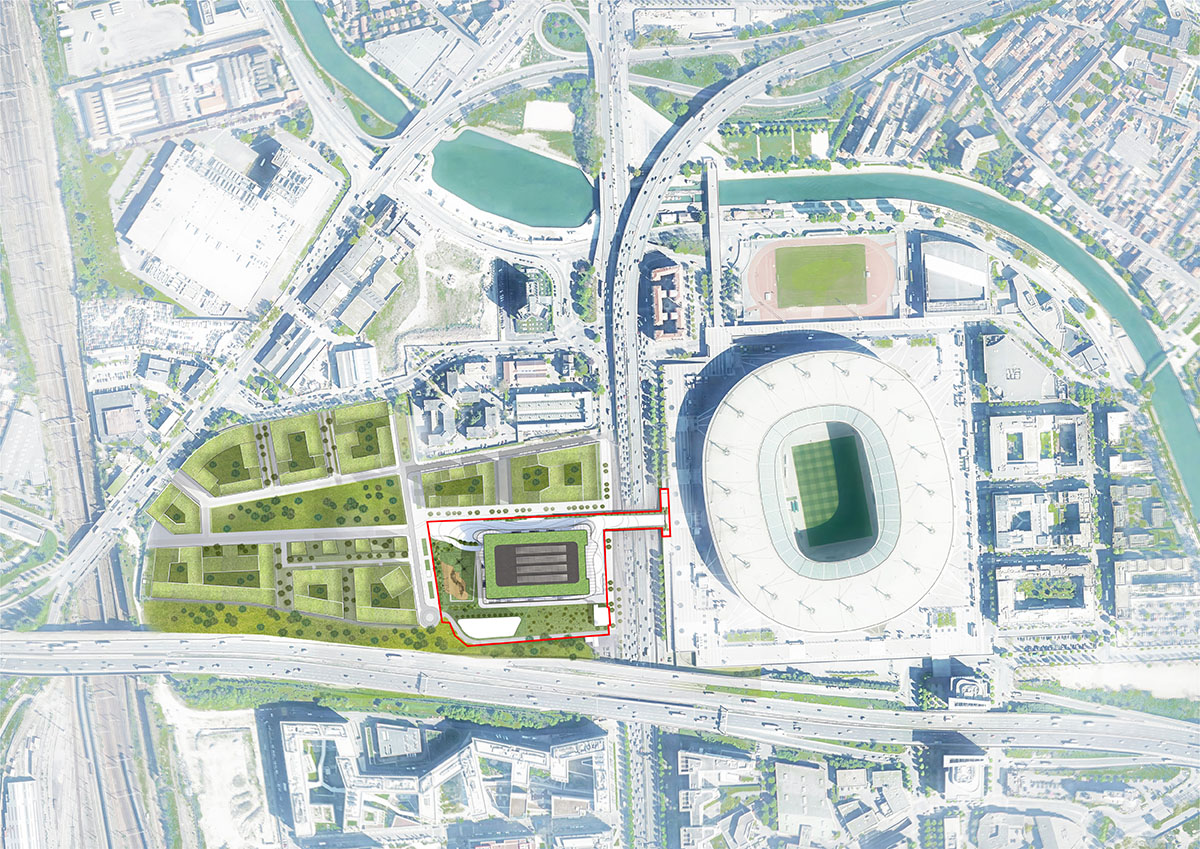 Through the white translucent curtain wall, natural light is able to enter the interior, creating a continuous play of light and shadow. On the exterior, it also functions as a 360-degree projection screen.

During the games, it will display information and provide live broadcasts of on-going events inside. In collaboration with local multimedia artists, it will become the largest display interface of public art in the region, bringing vitality to the community at night.