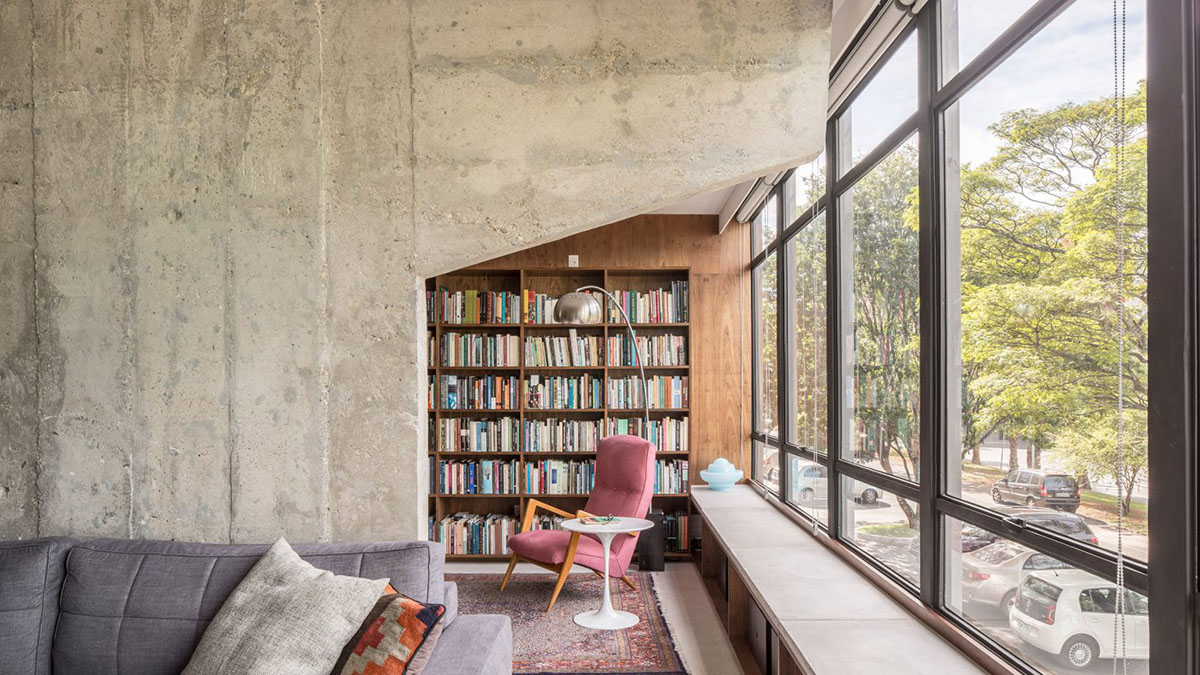 Sao Paulo-based architecture studio Debaixo do Bloco Arquitetura has redesigned a historic apartment with modern elements and a wooden bookcase as the main divider of the house in Asa Sul, Brazil.

The project, named Apartment 3 Zero 8, was converted from an old apartment built in the 1960s - known as 308S - one of the typical residential blocks (Superquadras - “super blocks”, completed as part of masterplan completed by Lucio Costa. 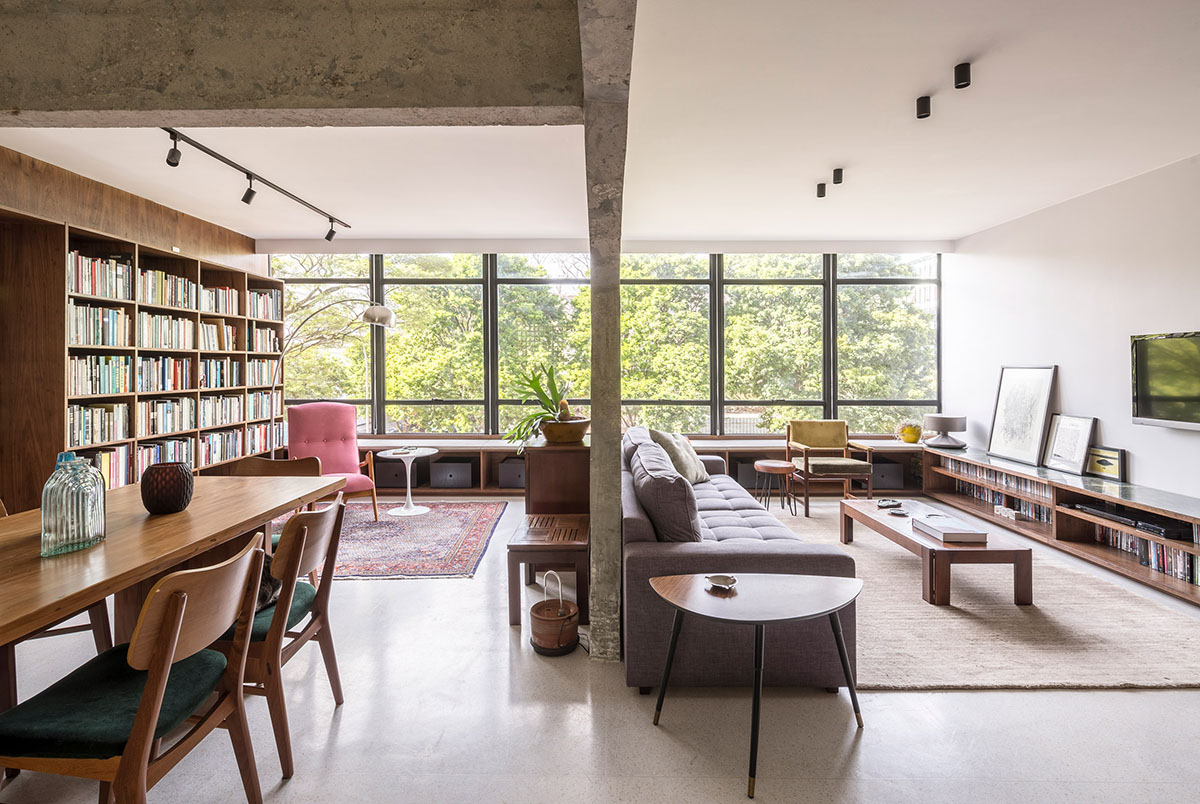 The studio redesigned this apartment for a couple who have a daughter to meet their future needs and their special interests. A wooden bookcase is the main protagonist of design that is used both as a separator and used a shelve for the family's book collection.

"The choice could not be better for a family that appreciates the modernist architecture of the city," said Debaixo do Bloco Arquitetura. 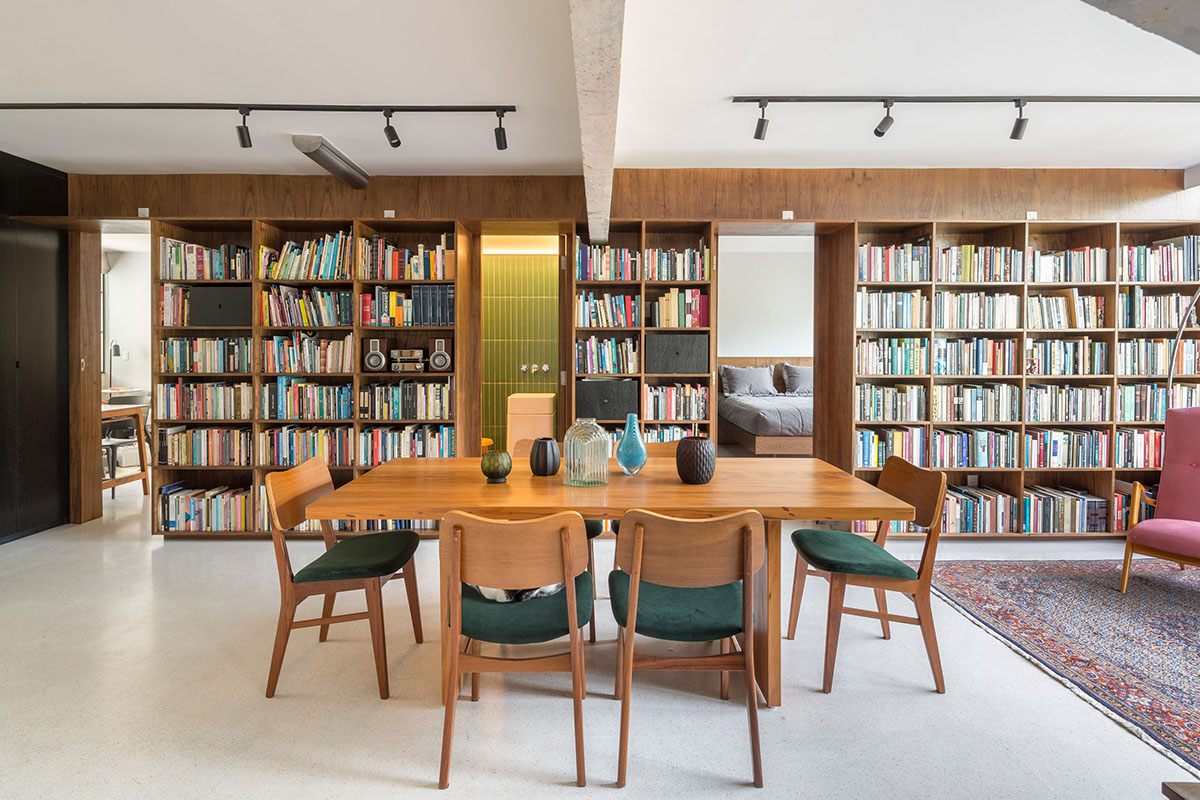 The architects divided the standard configuration of the house into two separate areas. Two bedrooms and bathroom are placed in one side of the plan, while service area, kitchen and living room are reshaped together in a flexible layout.

A concrete column also separates two living rooms while ensuring circulation around them. 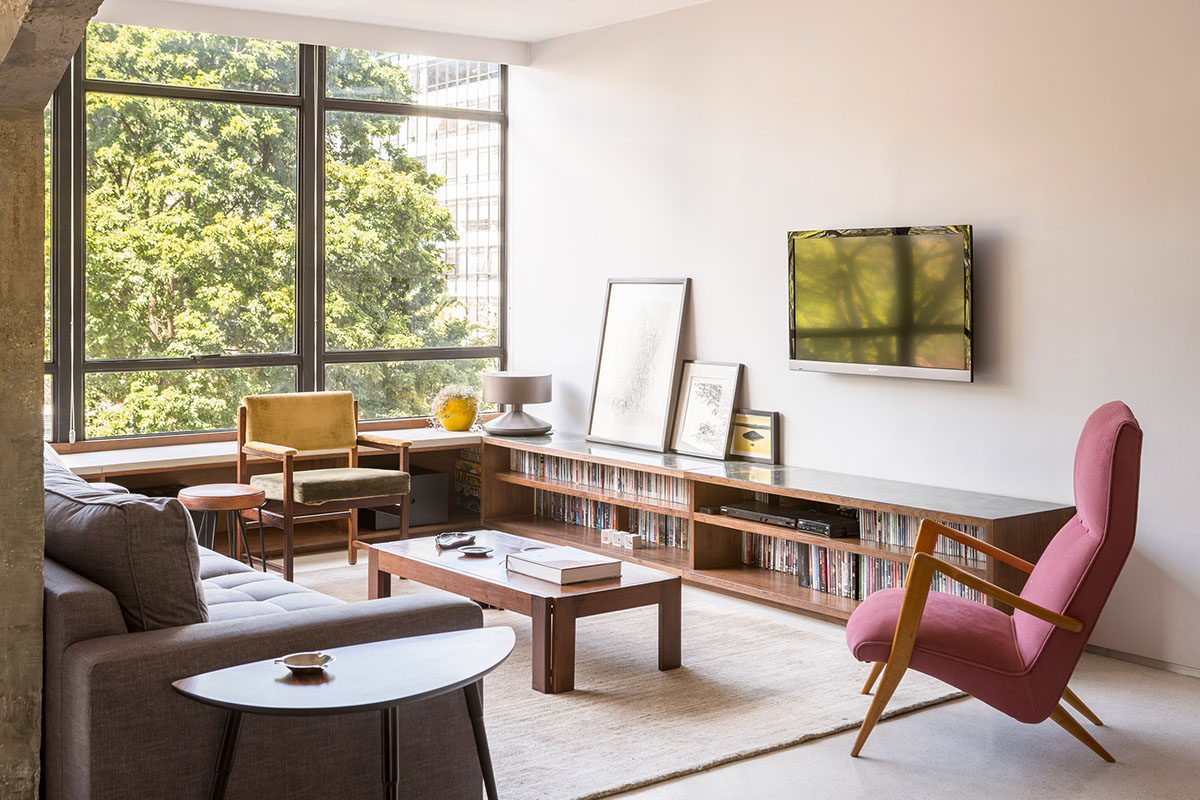 "Hallways and social areas, this including the kitchen, are no longer arranged separately and turns into one unit, as if it were a large loft," added the firm.

"The integration of the areas improves communication between the family since even if the residents are doing different activities they can share the same space." All main rooms have large windows to take daylight, while the daughter's room is located at the back of the building where natural light and ventilation come through a cobogo wall.

"In order to separate the intimate area from the social area a wooden bookcase divides these two environments that receive the family's book collection and affective items, blind doors are arranged between the niches to access the couple's bedroom suite, daughter's bedroom and the guest toilet," continued the studio. 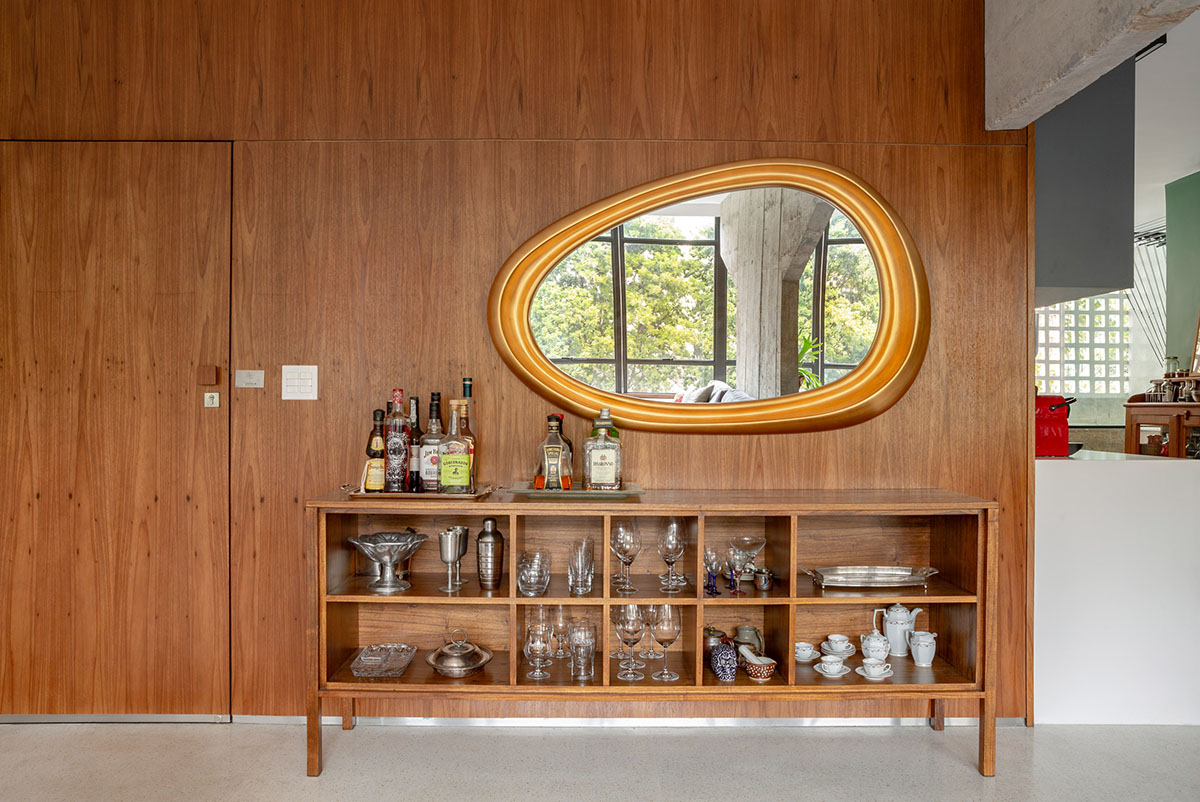 The architects used granilite flooring that is a reference to the buildings of Brasilia, where the social area was always covered in this material, the concrete has its place.

In the interior, many wooden pieces were designed by Clay Rodrigues, lead architect of the firm. In the exaltation of the apparent structure, including one of the pillars of the room is revealed and treated as a sculpture. 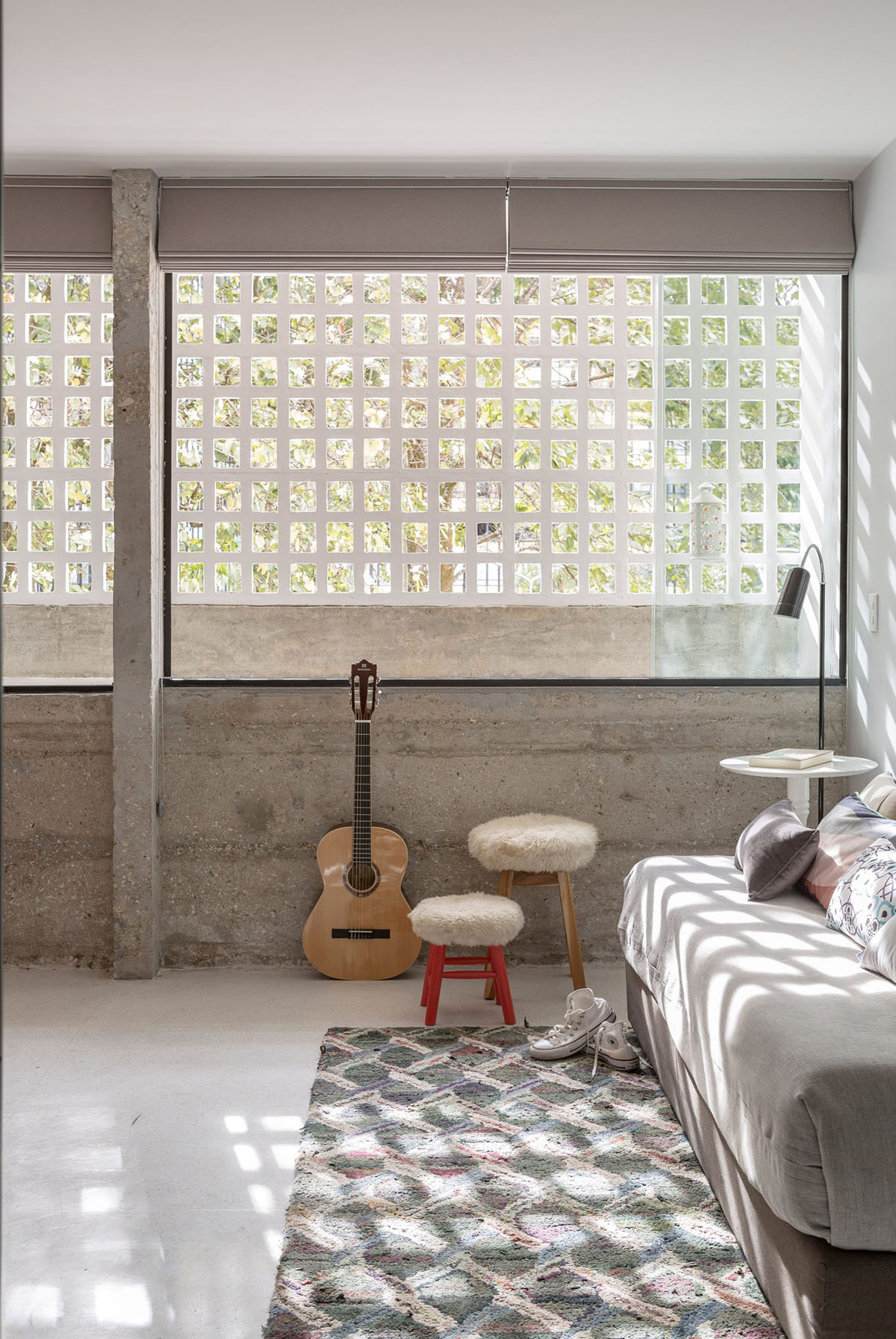 Corrugated glass in the kitchen, cabinet-making were designed by the office itself, Le Corbusier's palette-lined washbasin and furniture bring the air of midcentury at the same time as items such as the lighting rails, tensioned bathroom screens and mirrors the air more contemporary. 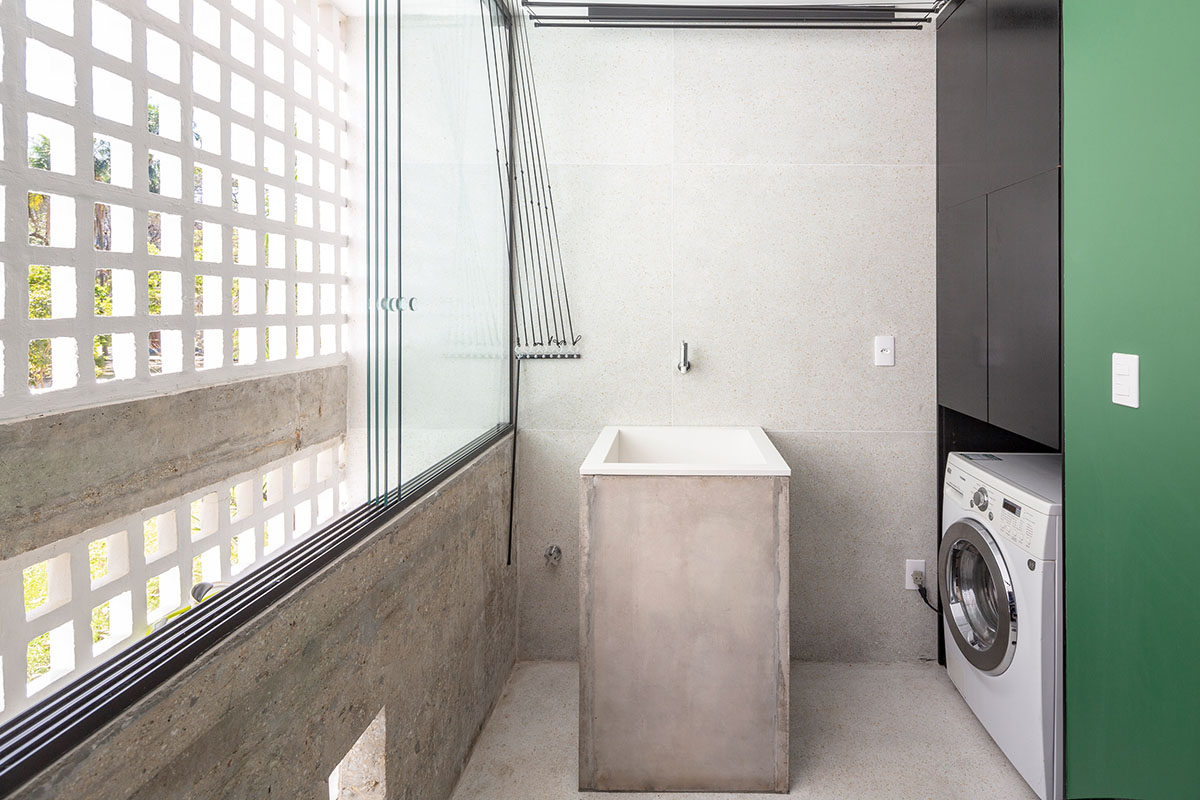 "Thinking about family pets, access to a technical slab where the cobogos are located makes it easier for cats to get in and out of the litter box," said the office.

"The project is summed up in an exaltation of the Brazilian architecture lighting what is most typical in the city's residences and buildings while joining the modernist and contemporary office technologies and references." 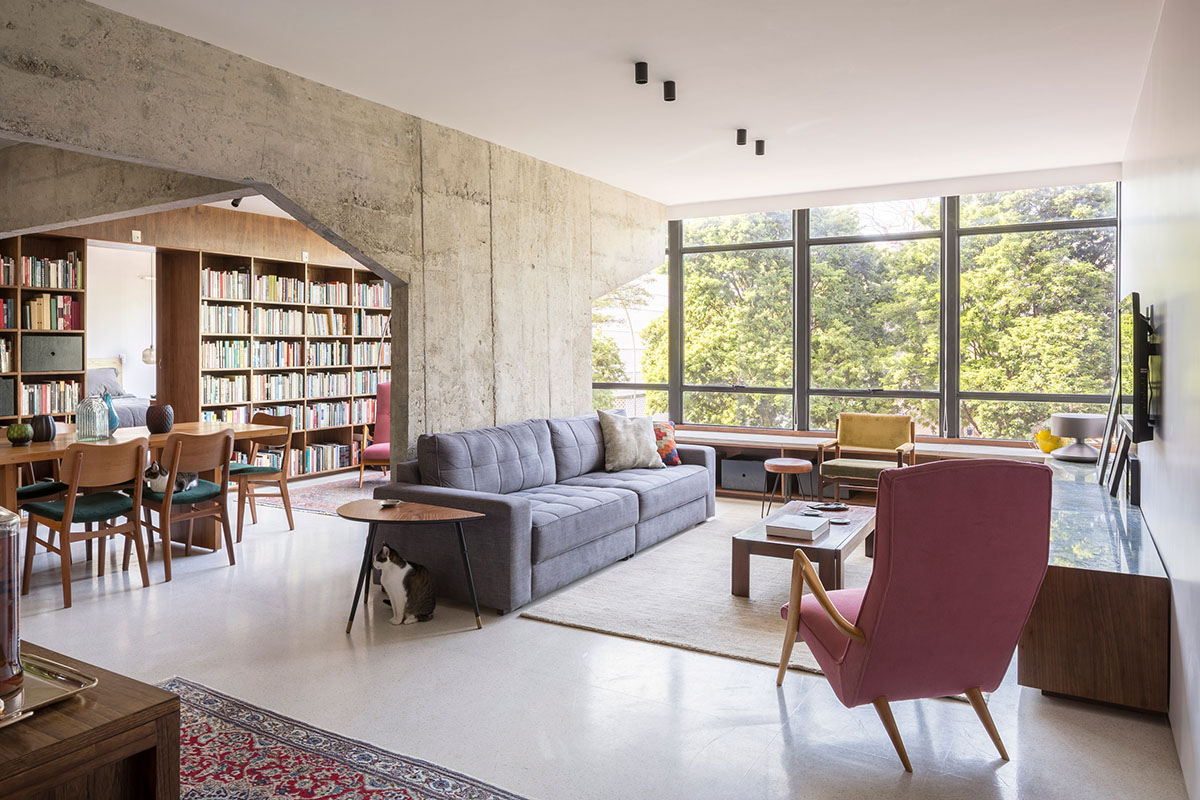 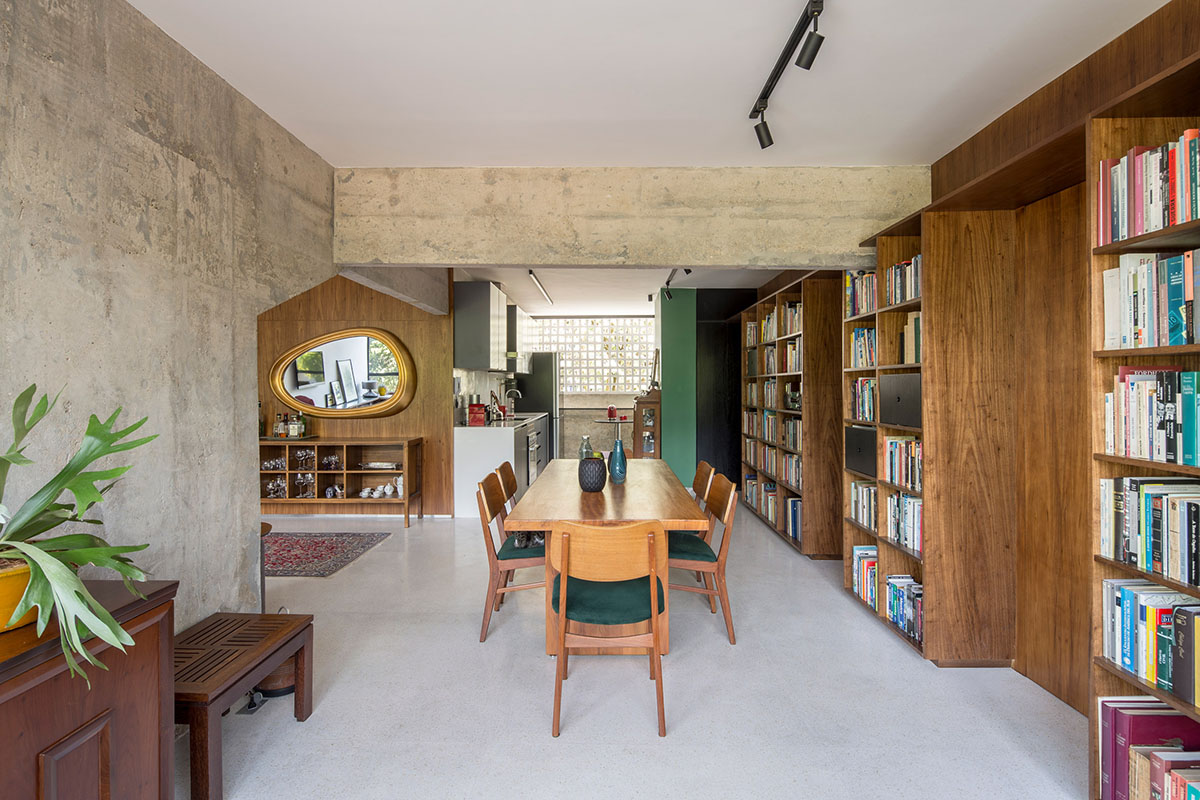 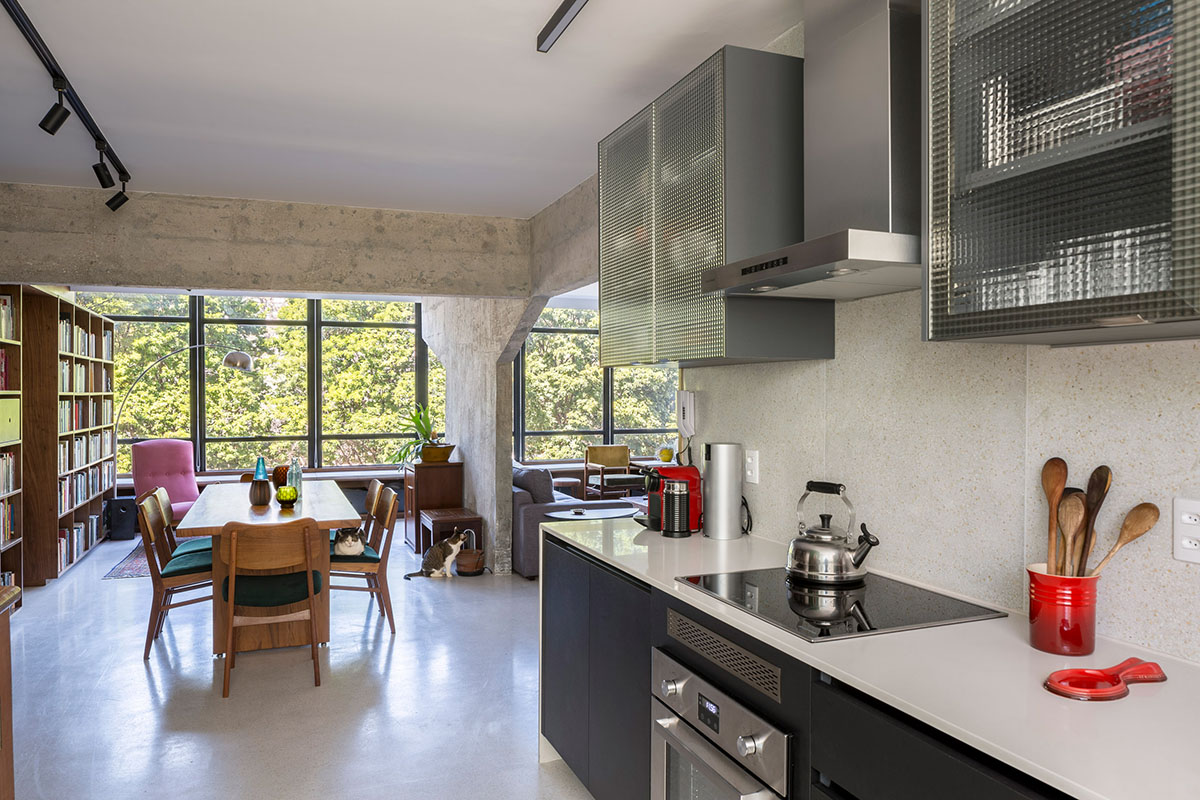 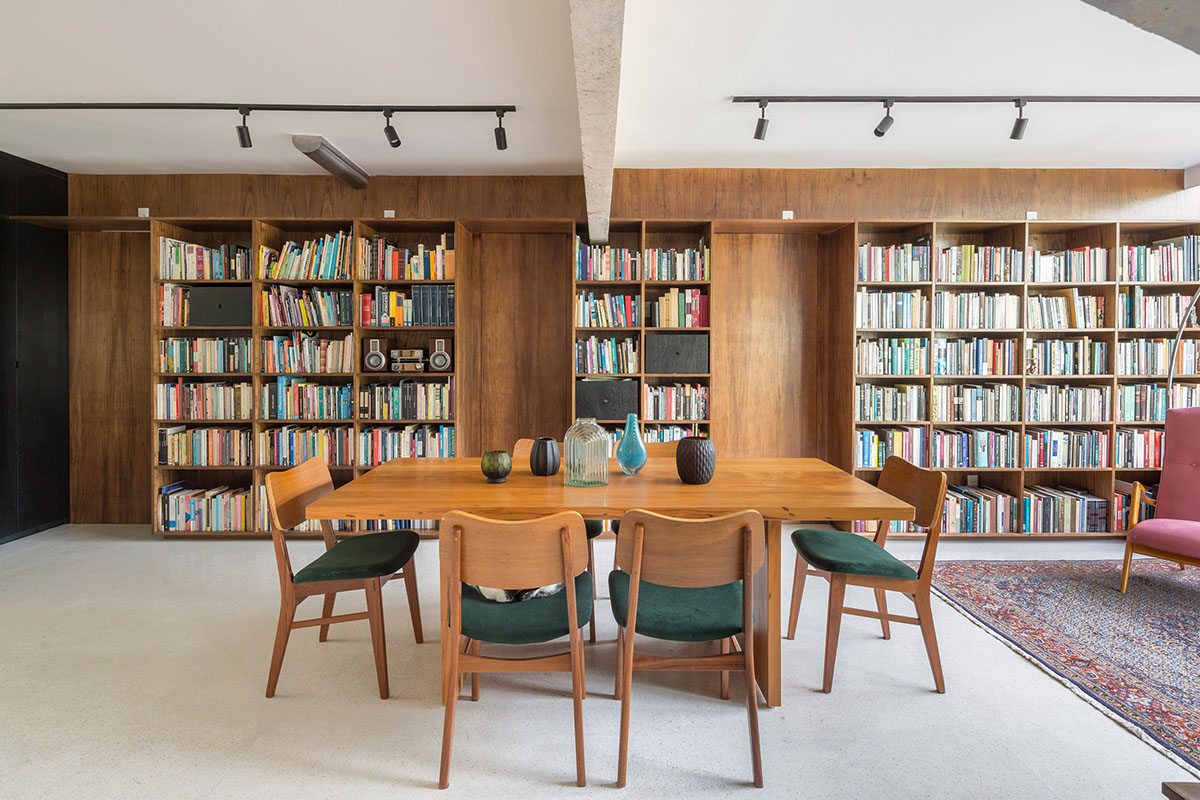 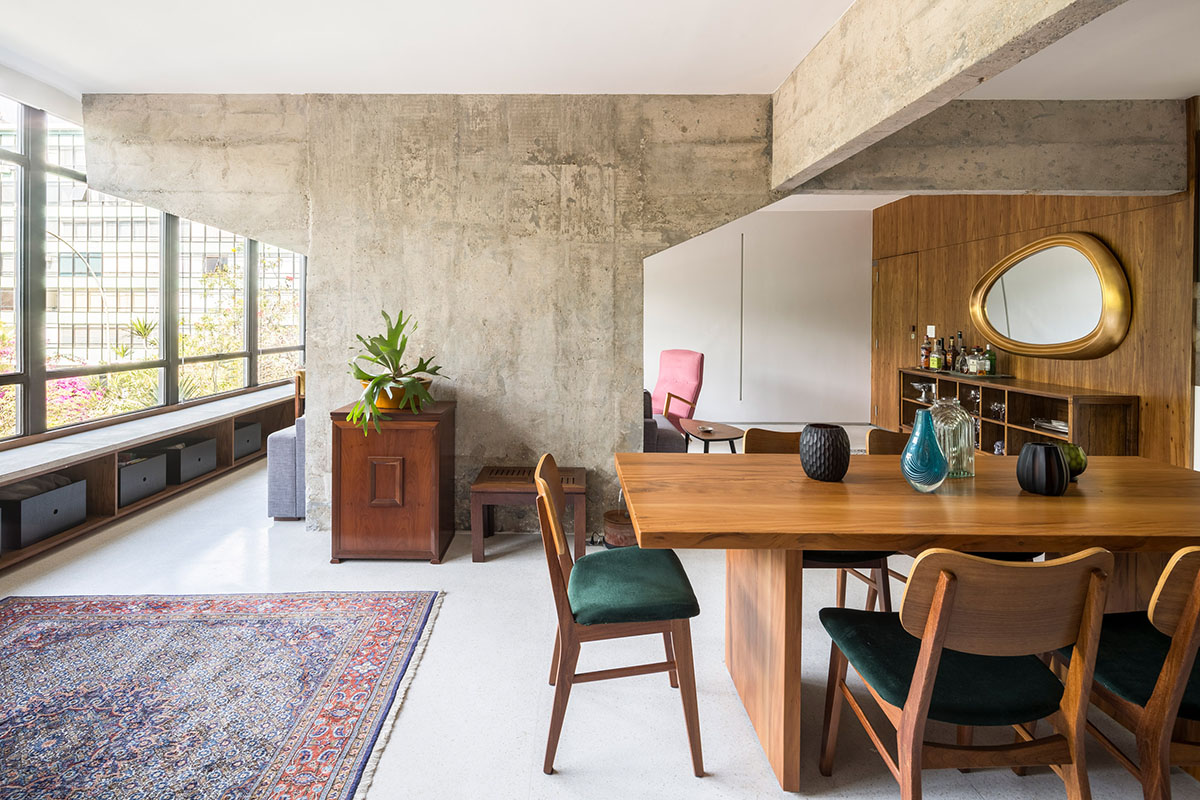 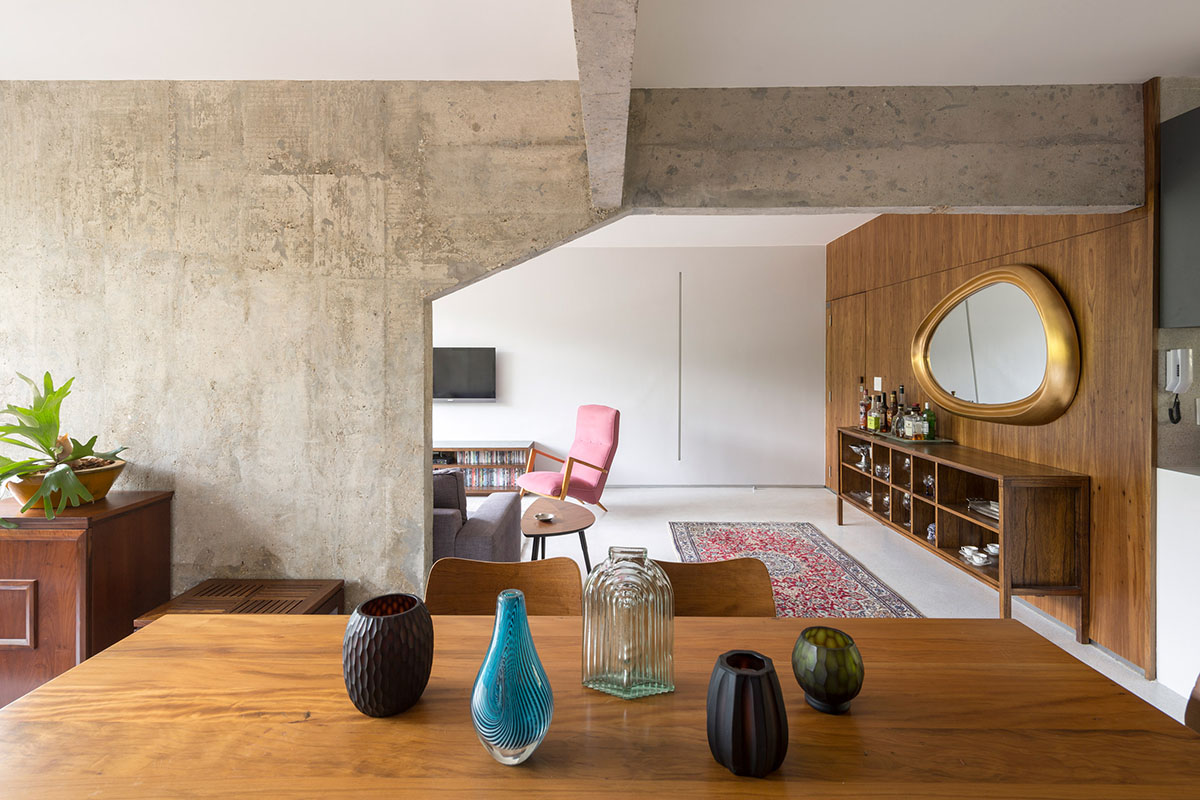 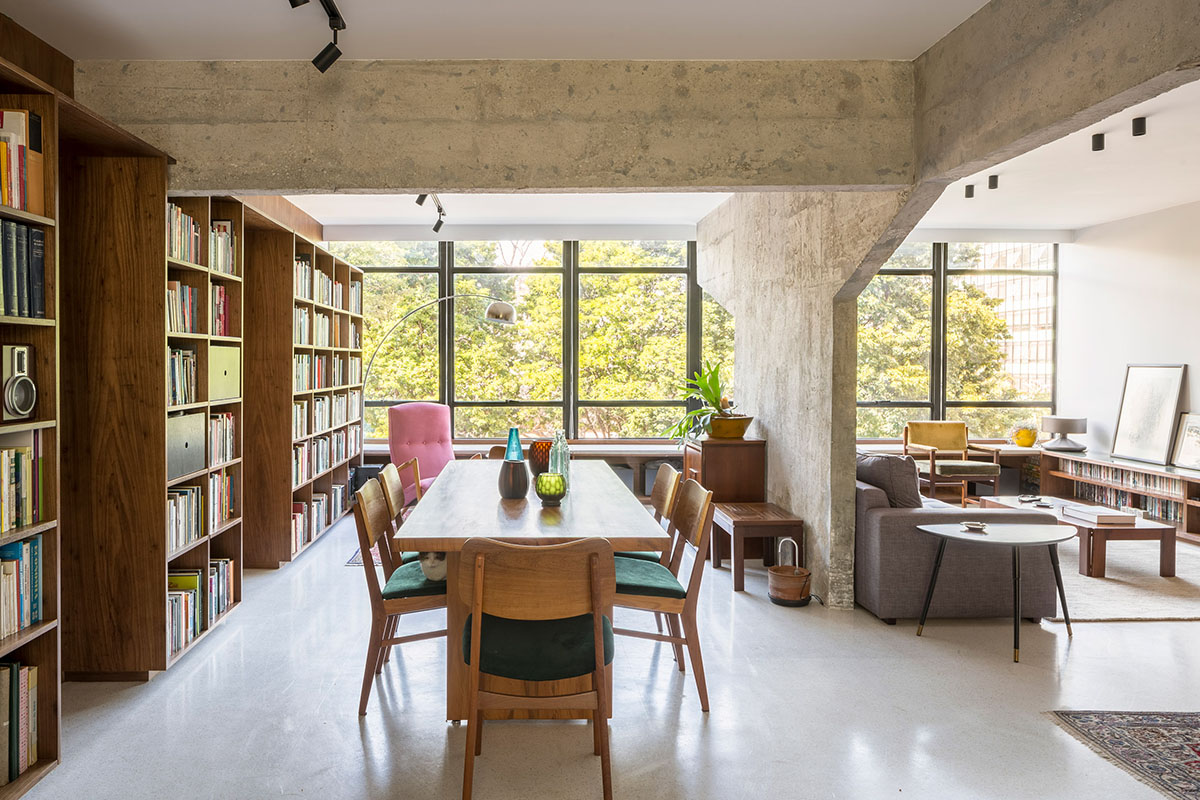 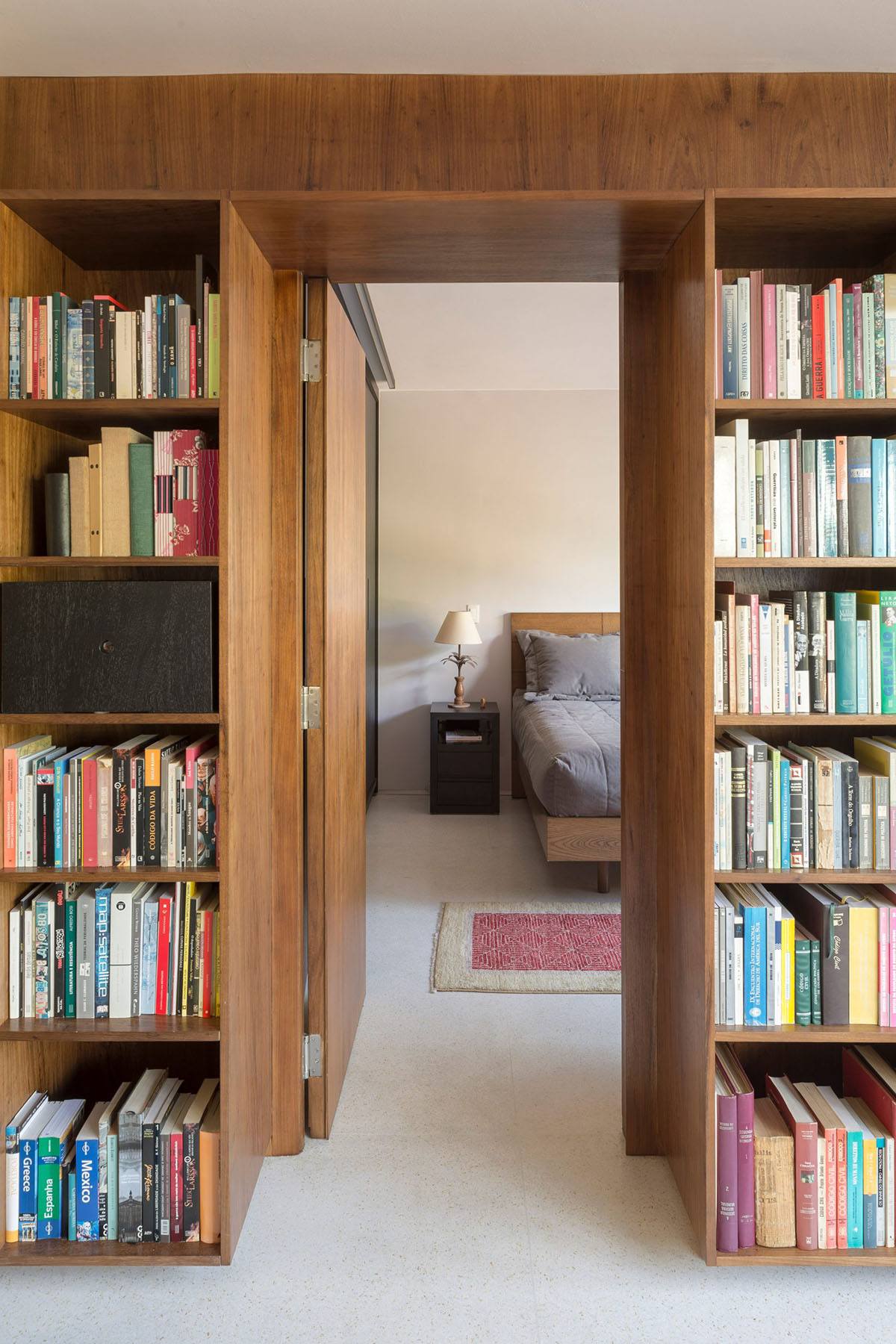 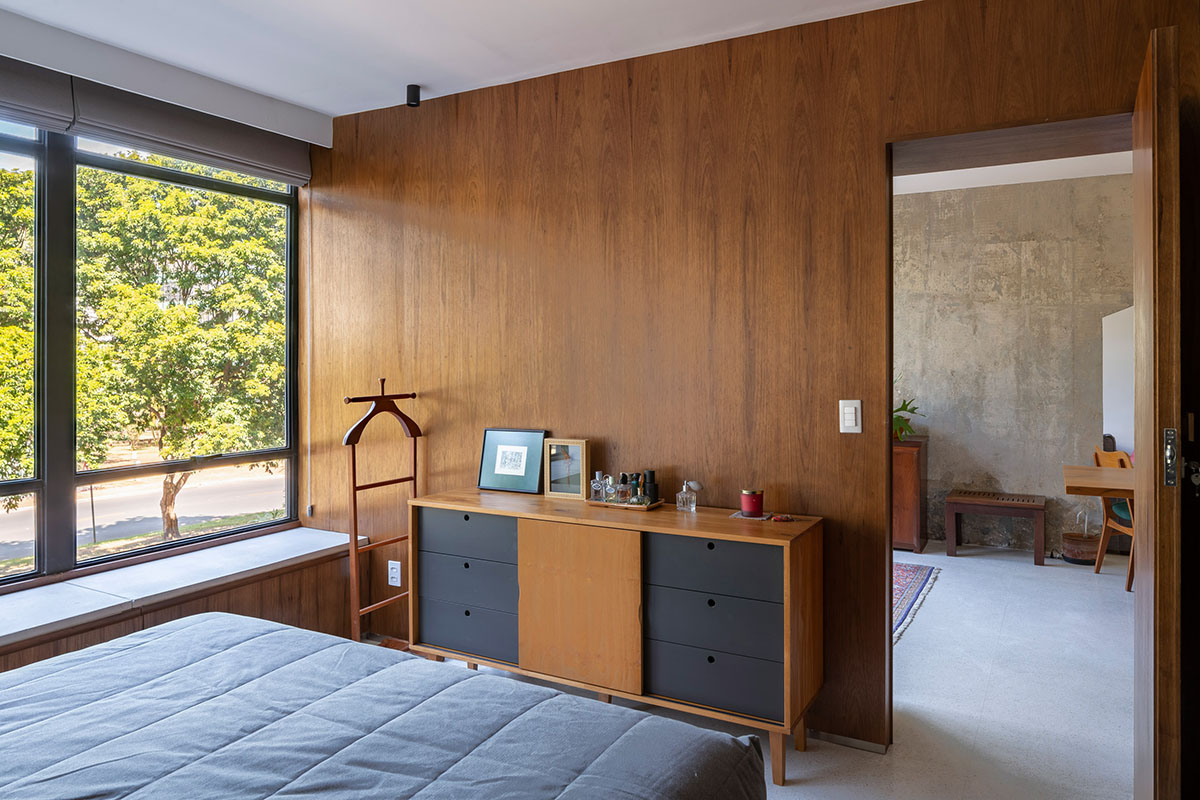 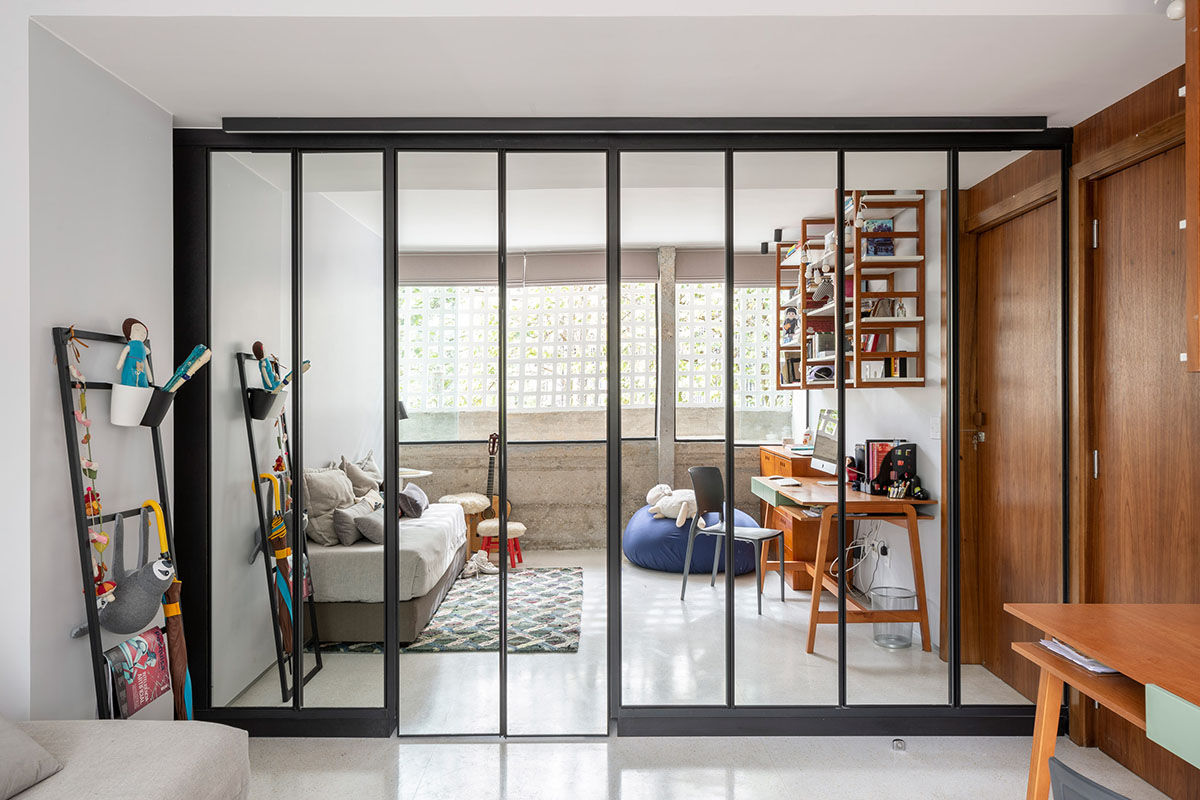 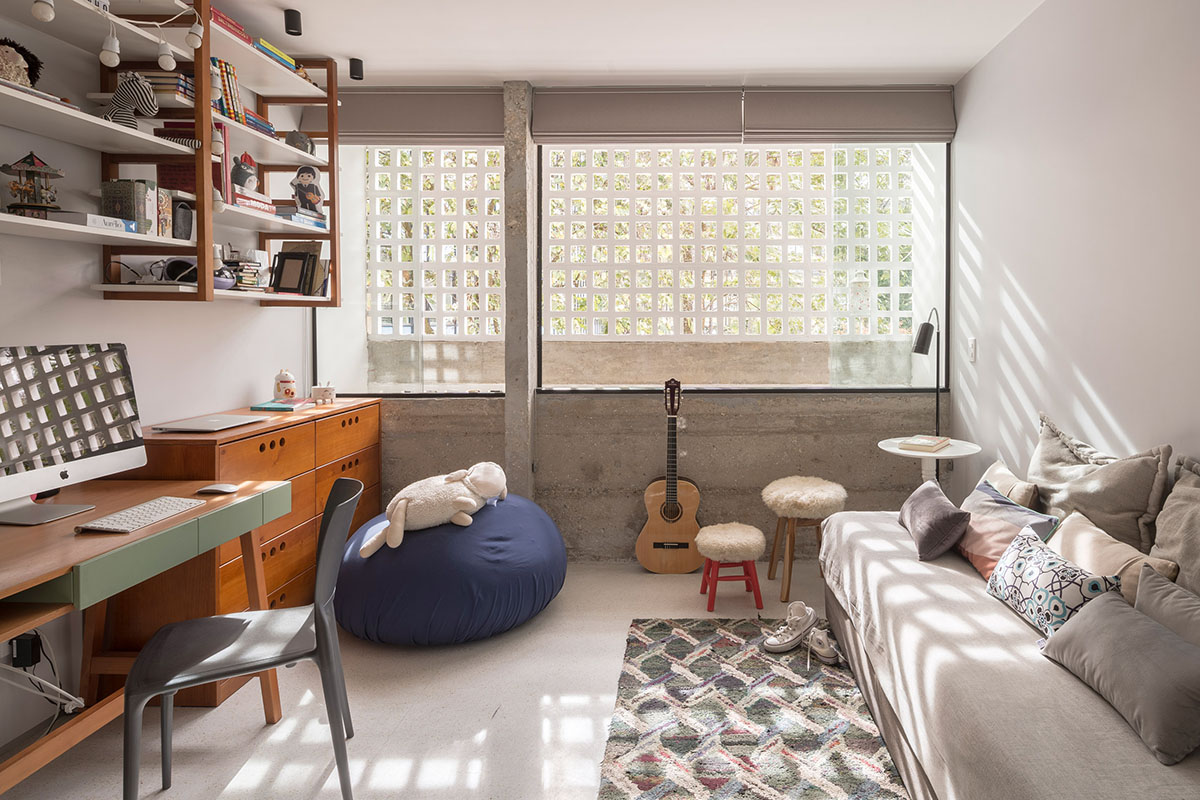 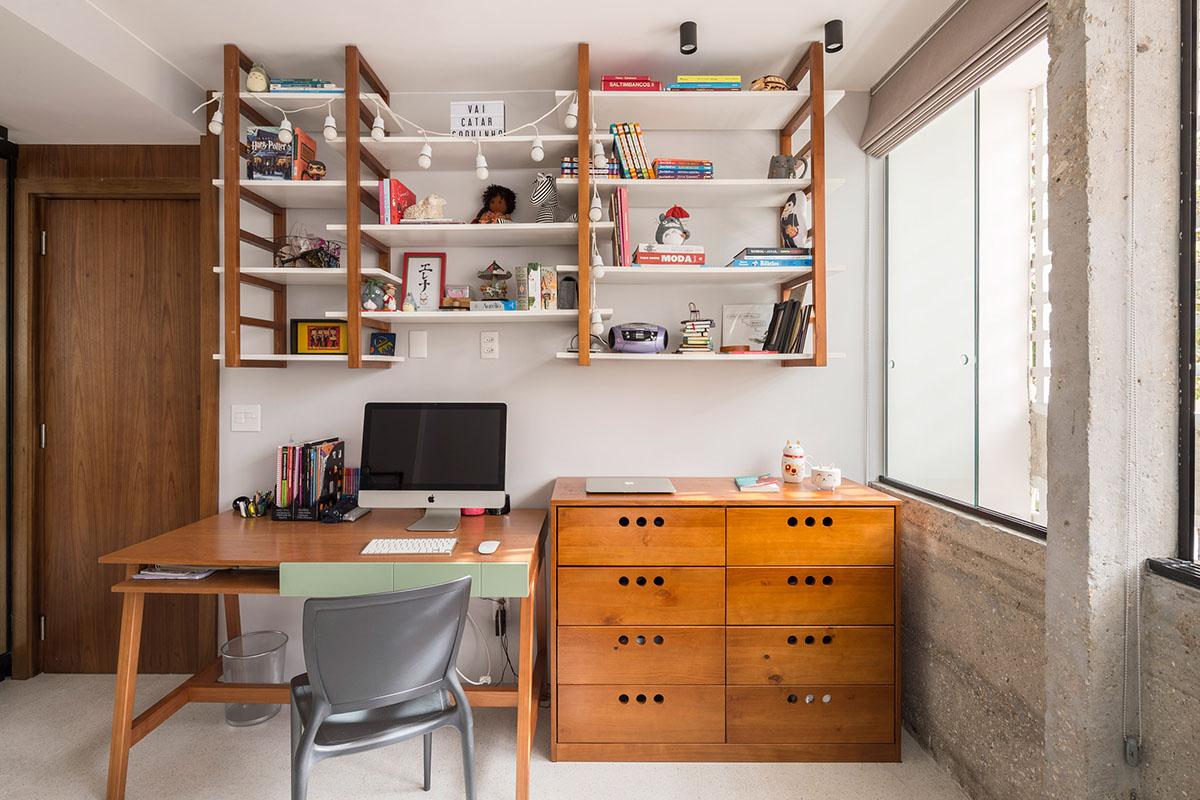 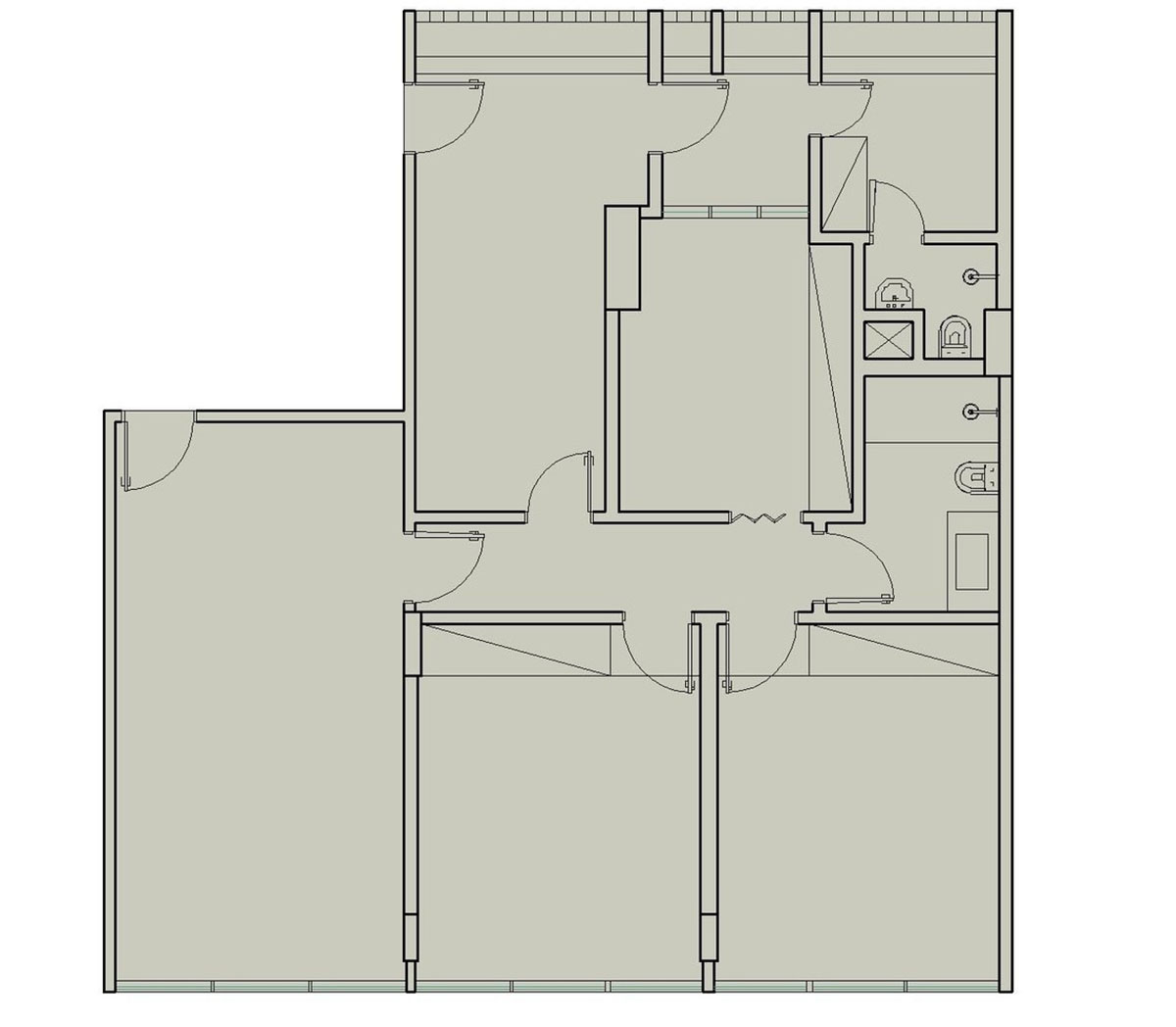 All drawings © Debaixo do Bloco Arquitetura

> via Debaixo do Bloco Arquitetura