Amsterdam-based Italian architect Angelo Renna has released proposal to transform Milan's historic San Siro stadium into a memorial for Covid-19 victims who lost their lives during the pandemic.

The San Siro, officially knows as stadio Giuseppe Meazza, is a football stadium in the suburb area of Milan. The San Siro stadium is currently amidst discussions whether the stadium will be demolished completely or not.

Regarding the project, Renna has proposed to save the legendary San Siro stadium from demolition, converting the entire structure into a place of commemoration in memory of the victims of Covid-19.

The San Siro stadium is one of the most important and largest stadiums in the world, having almost 80.000 seats. Designed by Italian architect Ulisse Stacchini, construction of the stadium started in 1926 in the district of Milan named San Siro.

"The idea of Stacchini's architect was to design a private stadium only for football, without athletics tracks, which characterized Italian stadiums built in that period," said Angelo Renna.

"The inauguration was on 19 September 1926, when 35,000 spectators saw Inter defeat Milan 6–3. From 1948 to 1955, engineers Armando Ronca and Ferruccio Calzolari developed the project for the second extension of the stadium, which increased the capacity to 60.000 seats and 25.000 standing." 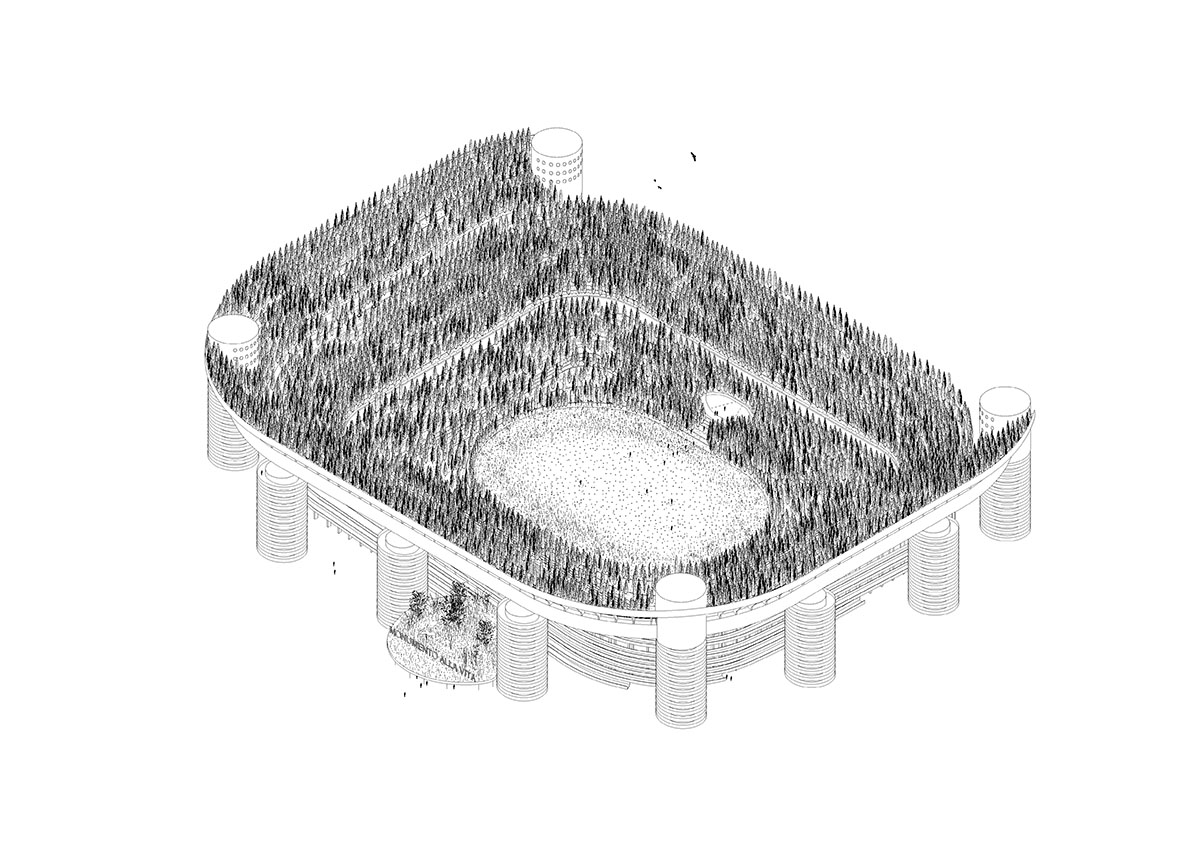 According to the architect, the last major renovation for San Siro, which cost $60 million, was that of 1987-1990, for the 1990 FIFA World Cup. "It was decided to modernize the stadium by increasing its capacity to 85,000 spectators and building a cover."

"Today AC Milan and Inter-Milan have launched their bid to knock down the SanSiro and build a new 60,000-capacity home on the same site." 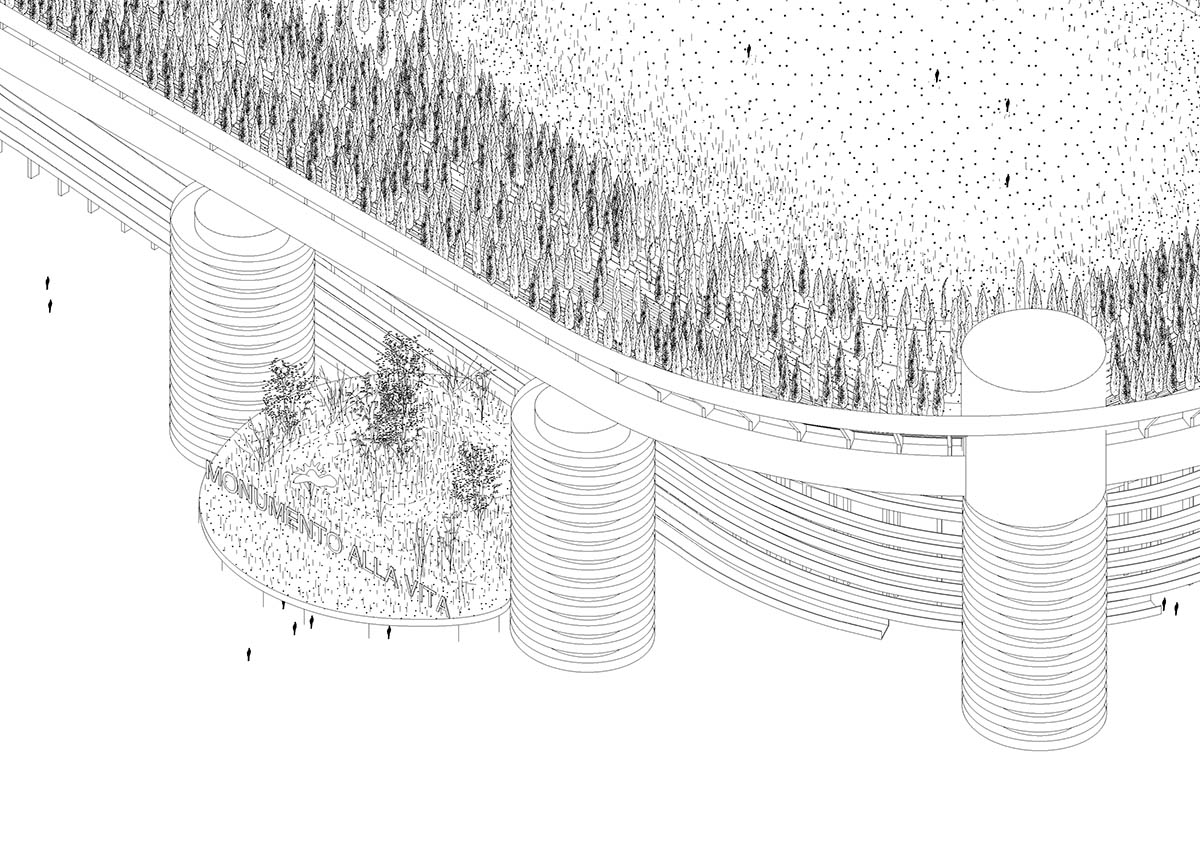 The new entrance to the museum placed underneath the tribunes. The museum will reflect on Milanese' lives during the COVID-19 pandemic.

As the architect highlights, the municipality has been divided over the project and requested the opinion of Italy's heritage authorities. Renna added that: "According to the report, recently released, "The property named 'Giuseppe Meazza Stadium (SanSiro) has no cultural interest and as such it is excluded from the protection provisions”.

Although there is no official decision from Italy's heritage body, but Renna added that "it could be an important step towards the complete demolition of the stadium." 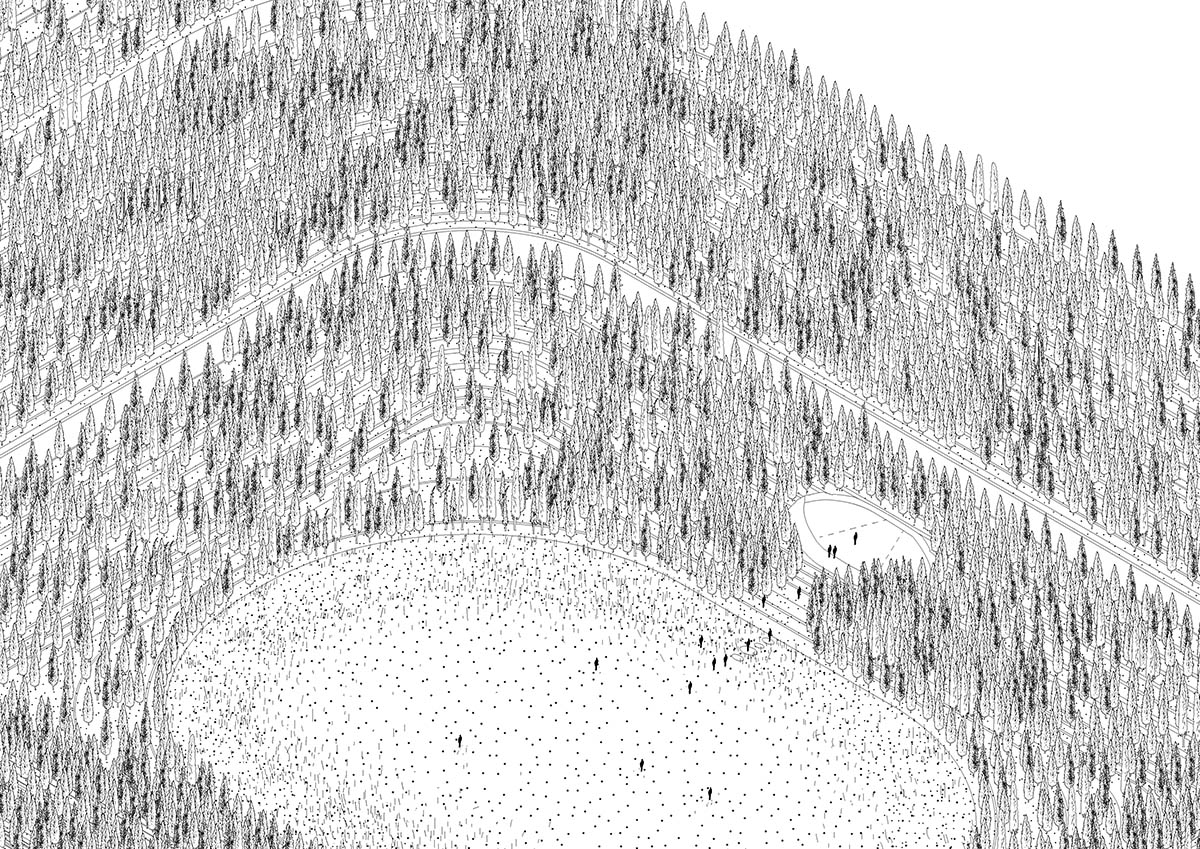 A new entrance connecting the stadium with the hippodrome on the side.

Renna's ideas aims to save the structure and give the stadium a second life.

"Almost 35.000 people have lost their life in Italy during the last five months during the coronavirus pandemic and Milan city has been one of the main epicenters," Renna said.

The cypress is a common ornamental tree cultivated for millennia throughout the whole Mediterranean region. The dark green vertical shape of these trees is a highly characteristic signature of cemeteries and sacred spaces, like a symbol of immortality, emblem of life after death. The intricate and thick crown of this tree provides habitat for many birds, dormice, squirrels, lizards, and many other animals. 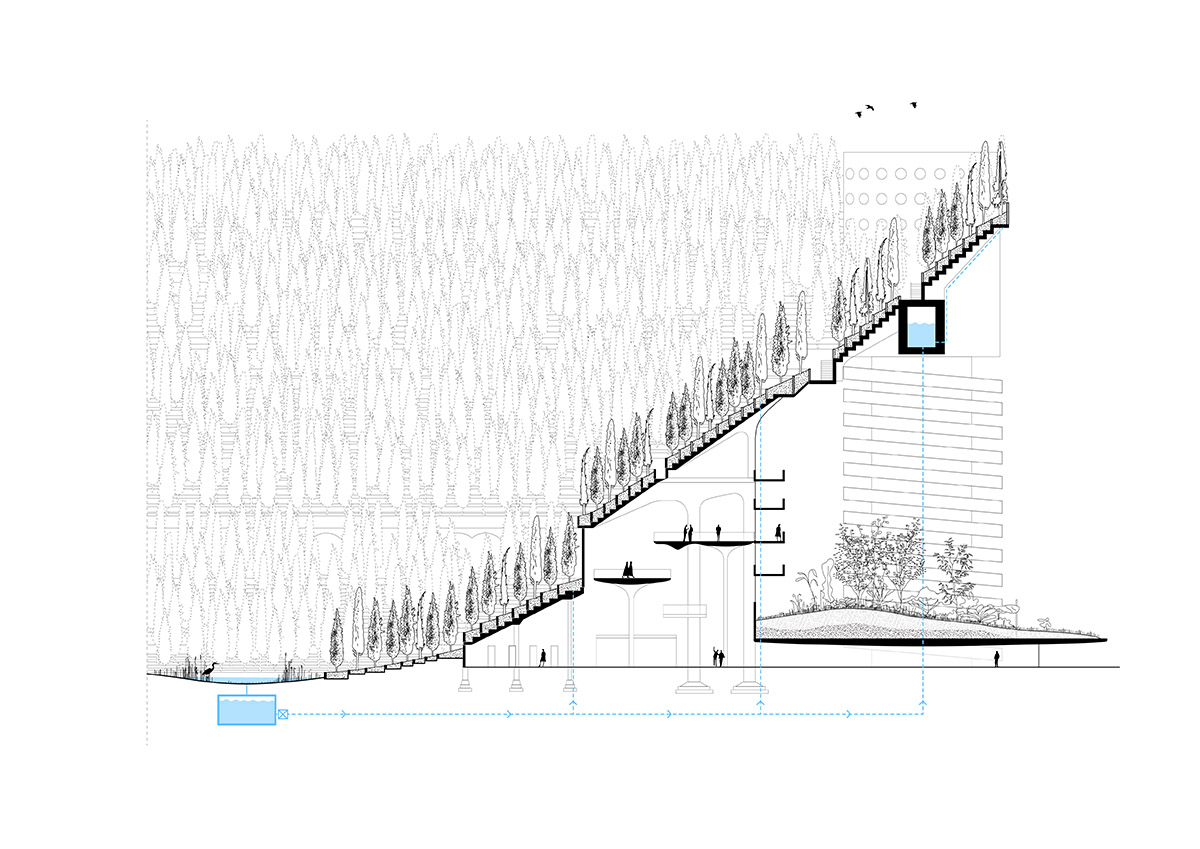 The existing tribunes will transform in green terraced allowing trees to be planted.

The project proposes also the complete demolition of the roof in order to allow daily light and rainfalls to hit the ground. The architect also proposed new programs that will be placed underneath the tribune: a museum, a research center, ateliers for students and researchers.

At the bottom of the tribunes, a new concave shape of the ground pitch will allow the possibility to collect rainwater creating water zones (wadi).

The water will be collected in underground tanks and reused for irrigation and cleaning purposes. In case of heavy rainfall, the wadi area will flood supporting the biodiversity of different species of flora and fauna.

Top image: The 35.000 cypresses will surround the visitors entering the stadium.