Mecanoo reveals plans for a new residential masterplan in Amsterdam 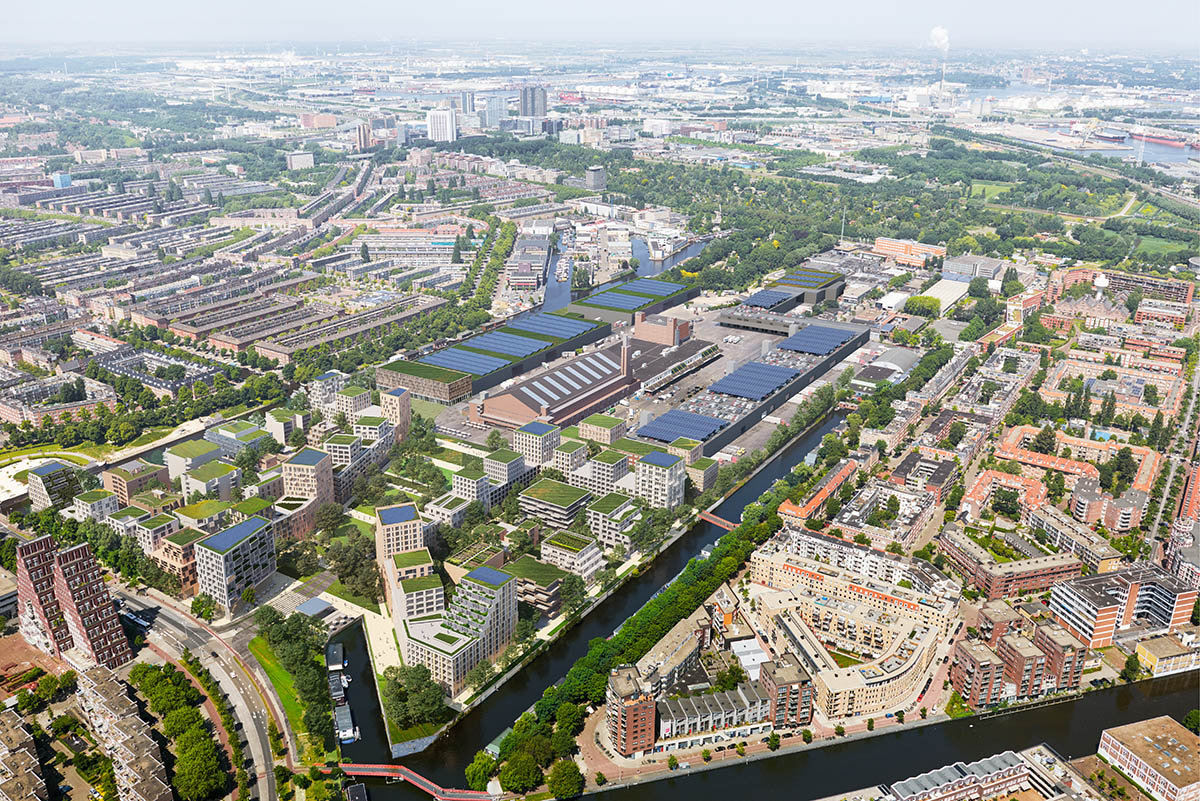 Mecanoo has revealed plans for a new residential neighbourhood located in the old Food Center terrain in Amsterdam, which will accommodate families, singles, students and seniors in a varied residential programme of around 1700 units.

Called The Marktkwartier, the 200,000-square-metre masterplan will be a new neghbourhood for all Amsterdammers. The Food Center terrain in Amsterdam is somewhat hidden between Jan van Galenstraat and Haarlemmerweg.

For decades, shops and restaurants have bought their vegetables, fruit and other food supplies from here. Today, the site is a jumbled ensemble of high fences, shed roofs and a closed gate; it is undergoing a large-scale transformation.

The Food Center terrain, a long quay bounded by two canals, will be renewed and more efficiently organized by developing the series of harbour basins that were filled in and reclaimed during the seventies. 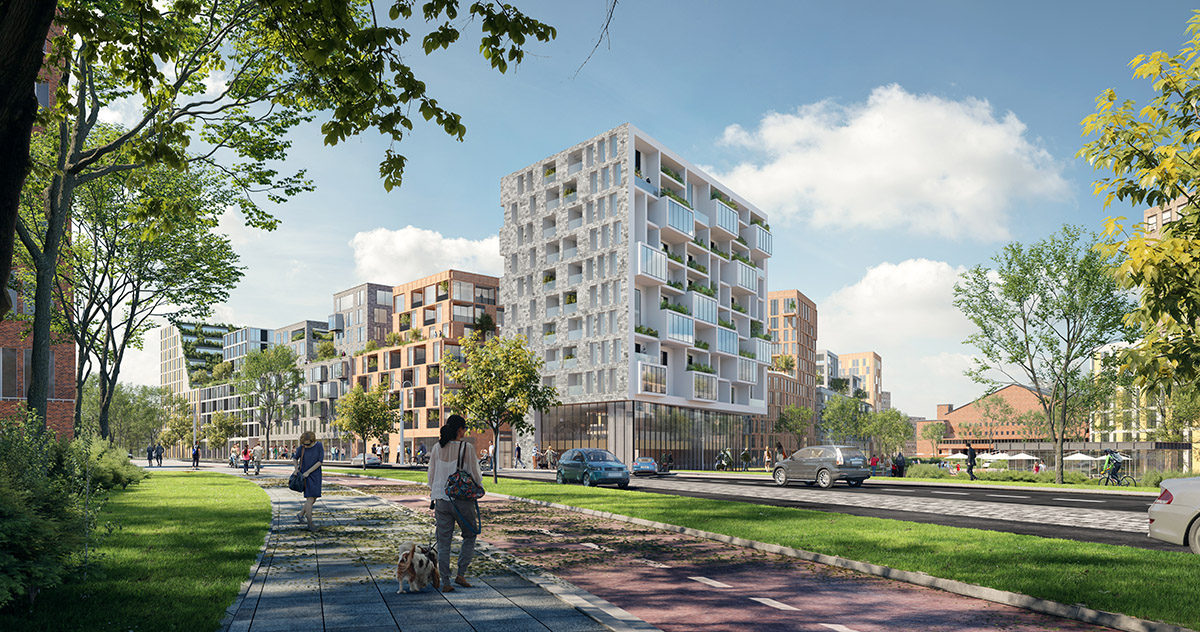 As part of this reorganization, the footprint of the Food Center will be halved and a large part of it moved to the northern end of the quay. This change will free up space on the southern end of the quay along Jan van Galenstraat, making room for a lively new green residential neighbourhood: the Marktkwartier.

The monumental Market Hall, located between the Marktkwartier and the renewed Food Center terrain, will form the heart of the new residential district.

The historic building will be restored to its former glory and will be made accessible to everyone. The hall will be the new attraction in Amsterdam West and will include a hotel, a Food Lab for food-related knowledge sharing and restaurants. 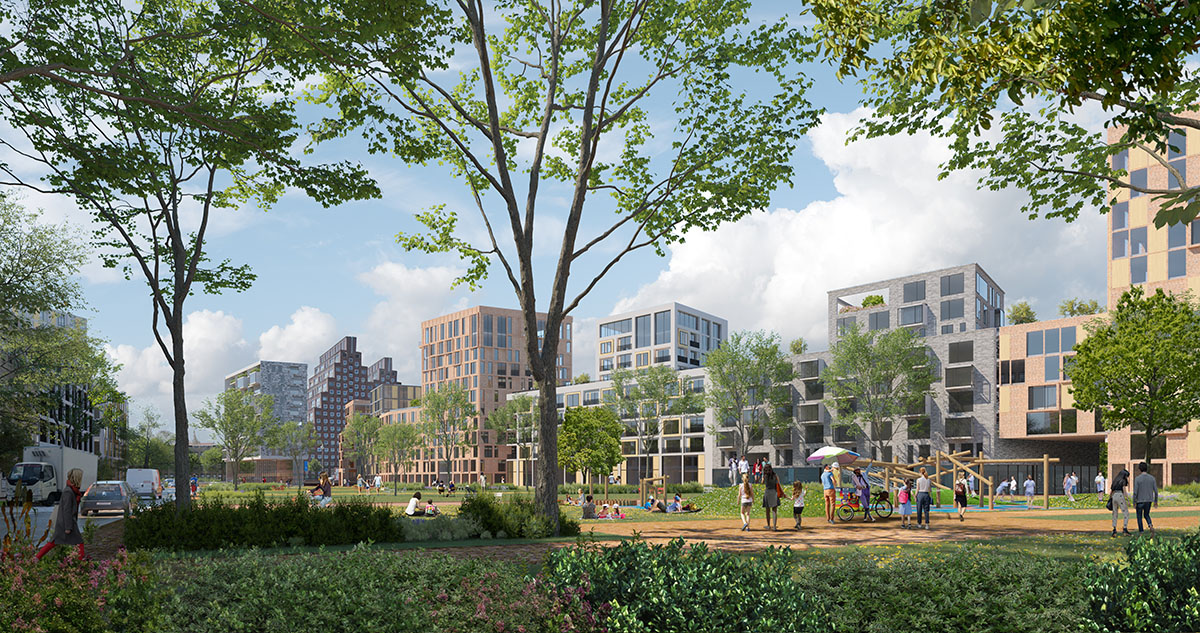 Mecanoo creates public spaces with their own identity

The studio explains that the starting point for the urban design is a series of well-connected public spaces, each with its own identity.

The Marktweide (market meadow) is the centrally located green heart and allows for different types of use for the neighbourhood and for the city. It is bordered on two sides by six-storey residential blocks with accents of twelve-storey volumes.

The blocks feature a series of distinct facades, inspired by the existing buildings along Jan van Galenstraat, framing a view of the Market Hall.

This central open space gives clear visibility to both the Market hall and the nearby Koelhuis, which features a Keith Haring mural. Between the Marktweide and the main entrance to the Market Hall is the second open space: the Market Square, which offers space for events and for the outdoor market. 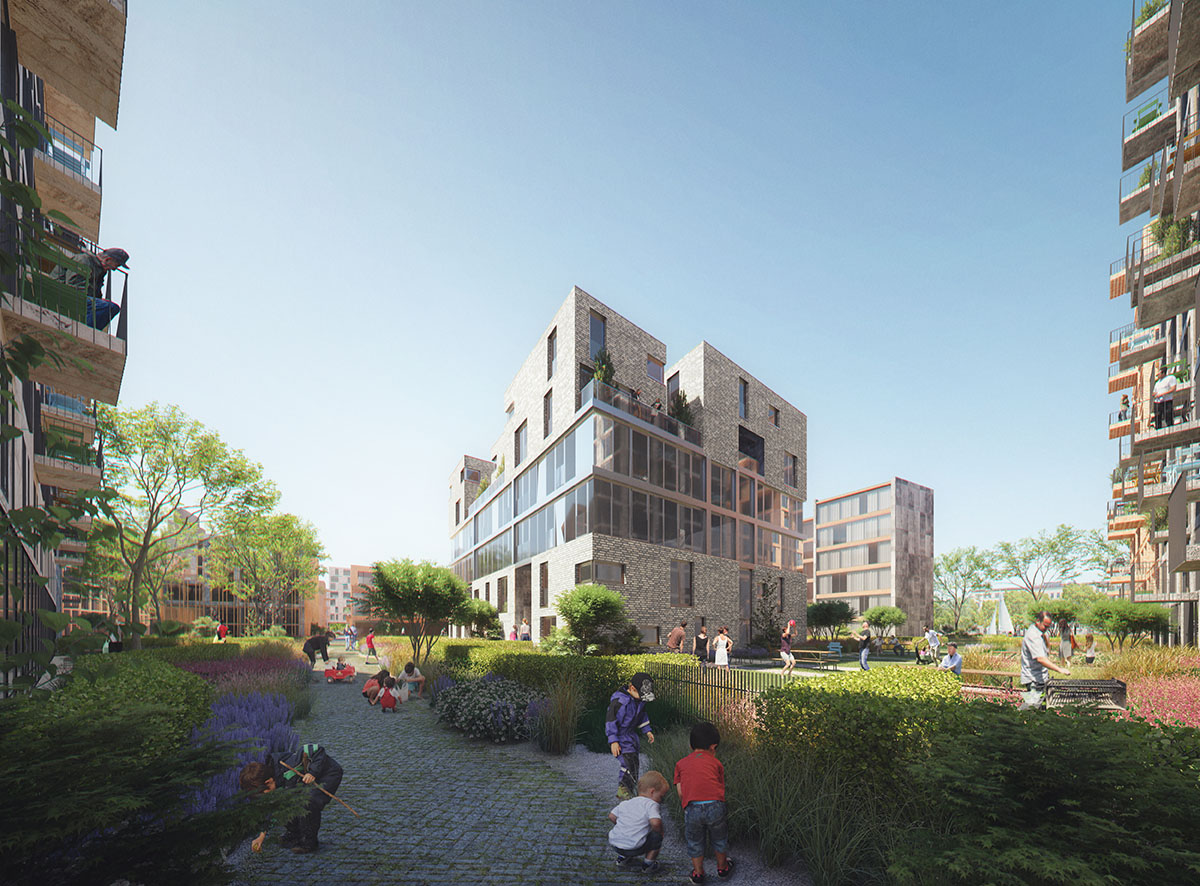 On either side of the Marktweide are two green residential courtyards with free-standing residential buildings or ‘palazzinos’, shielded from the surrounding city by six-storey blocks.

The semi-public courtyards have an open connection to the two canals. Large gates and passageways connect these courtyards with the central Marktweide.

Continuous sight lines over the water and new pedestrian and cycling bridges connect the Marktkwartier with the Landlust and Staatsliedenkwartier residential areas across the canals. 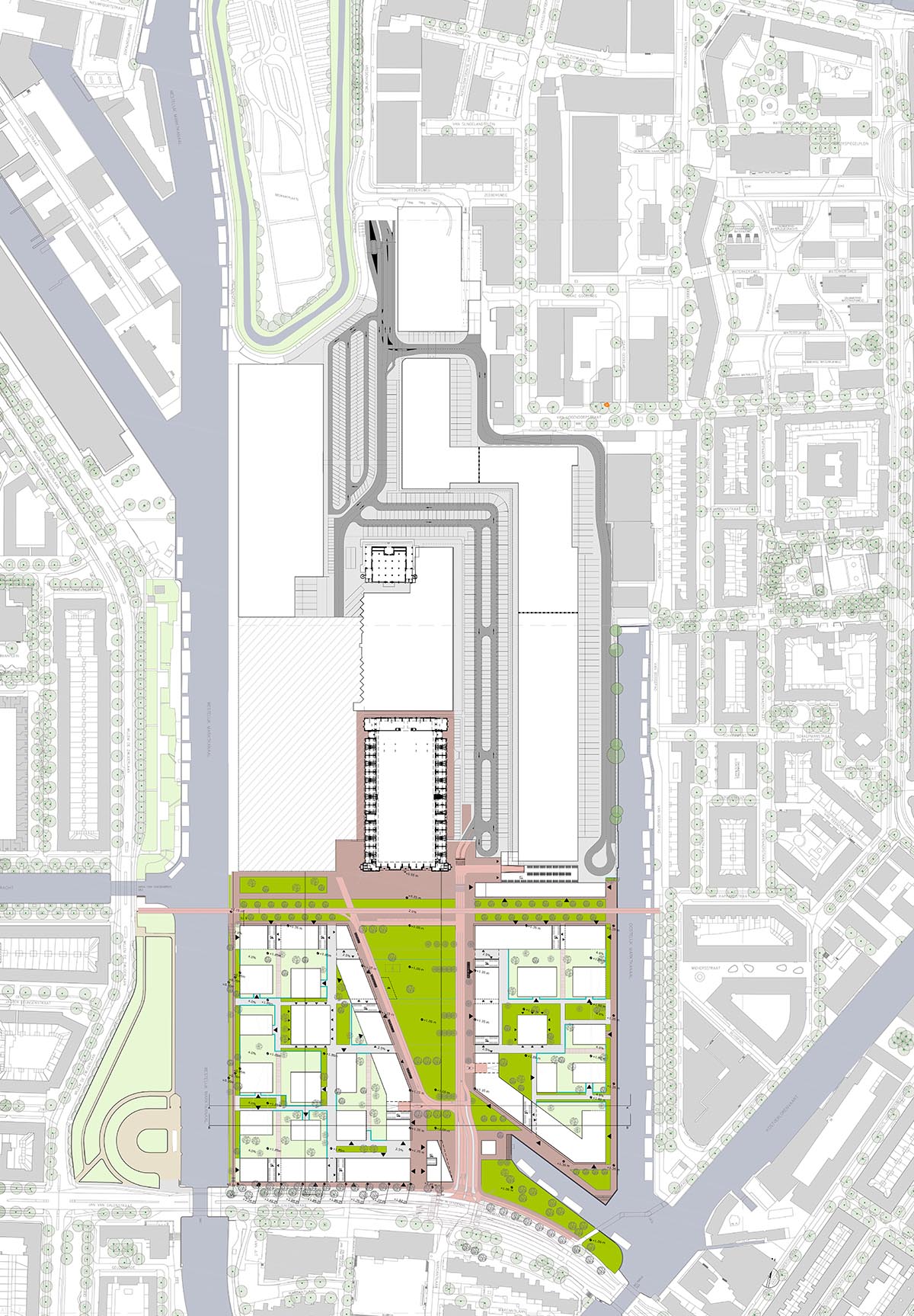 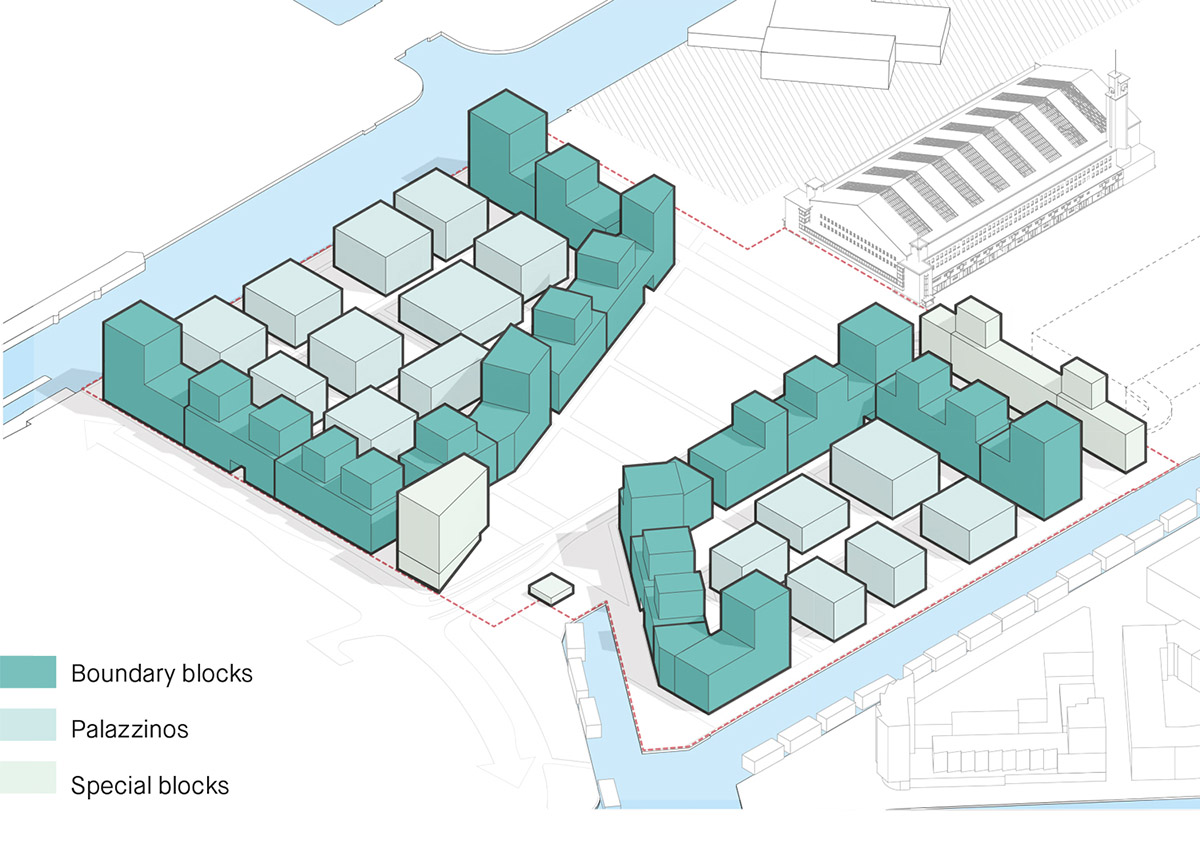 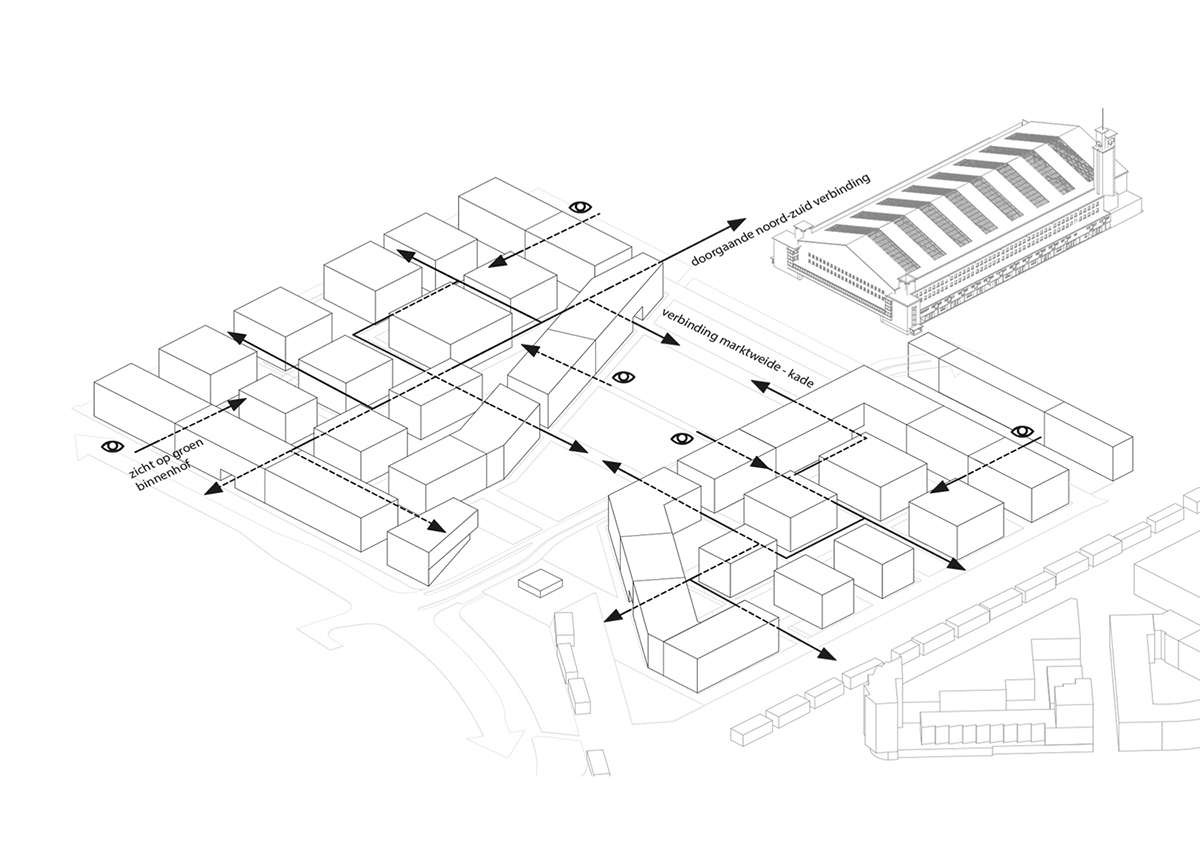 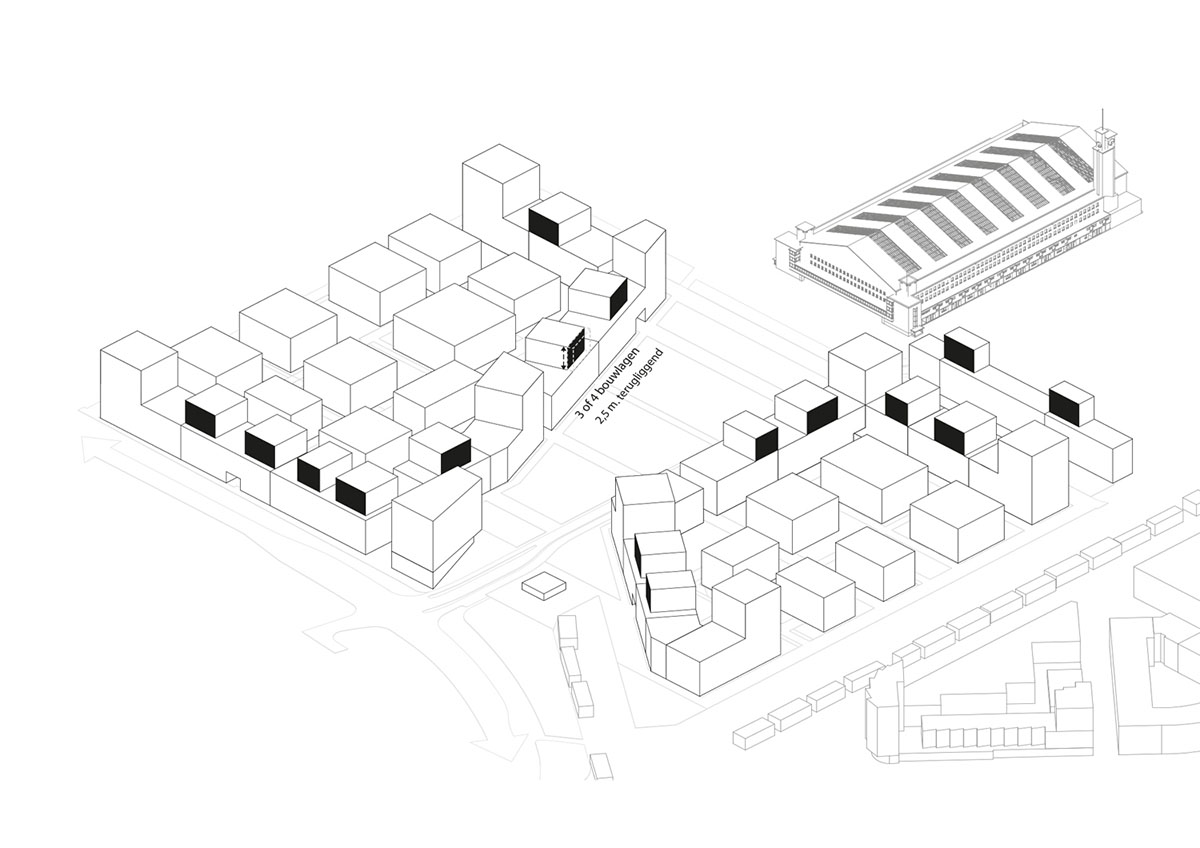 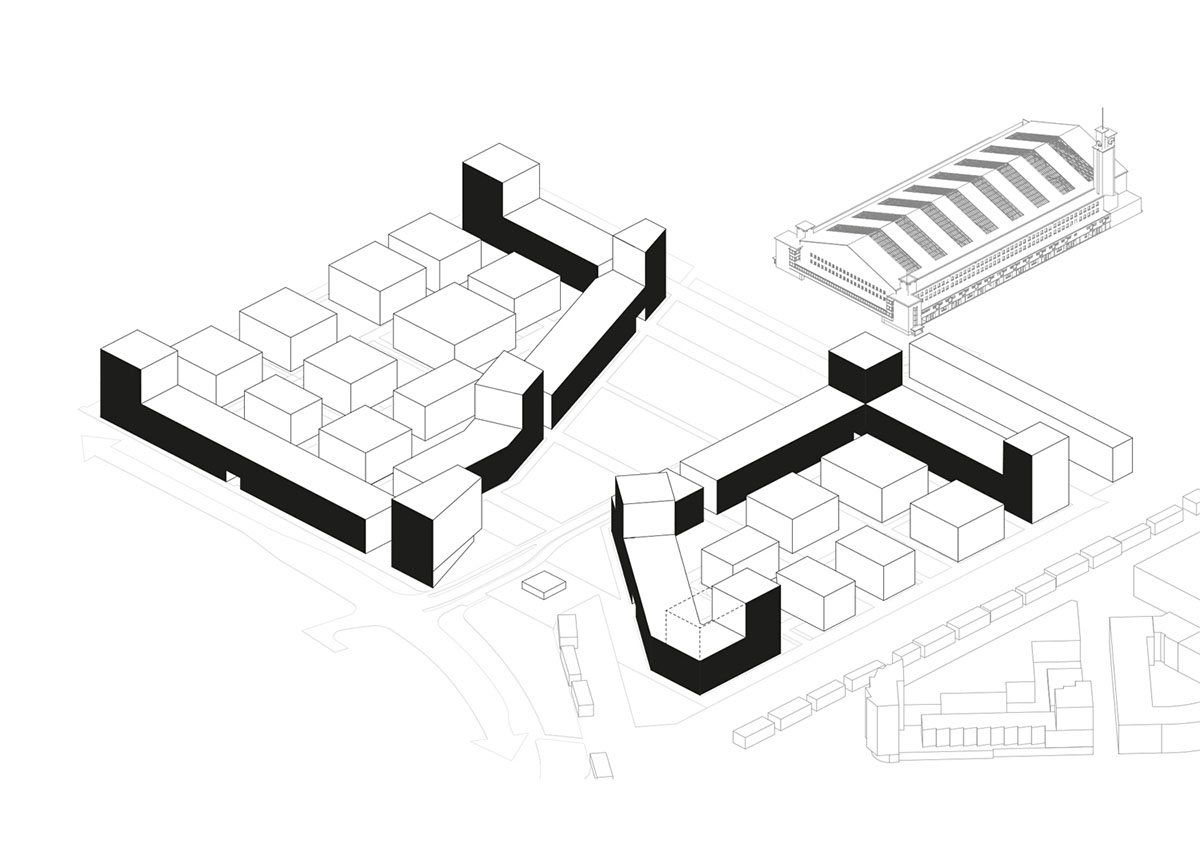 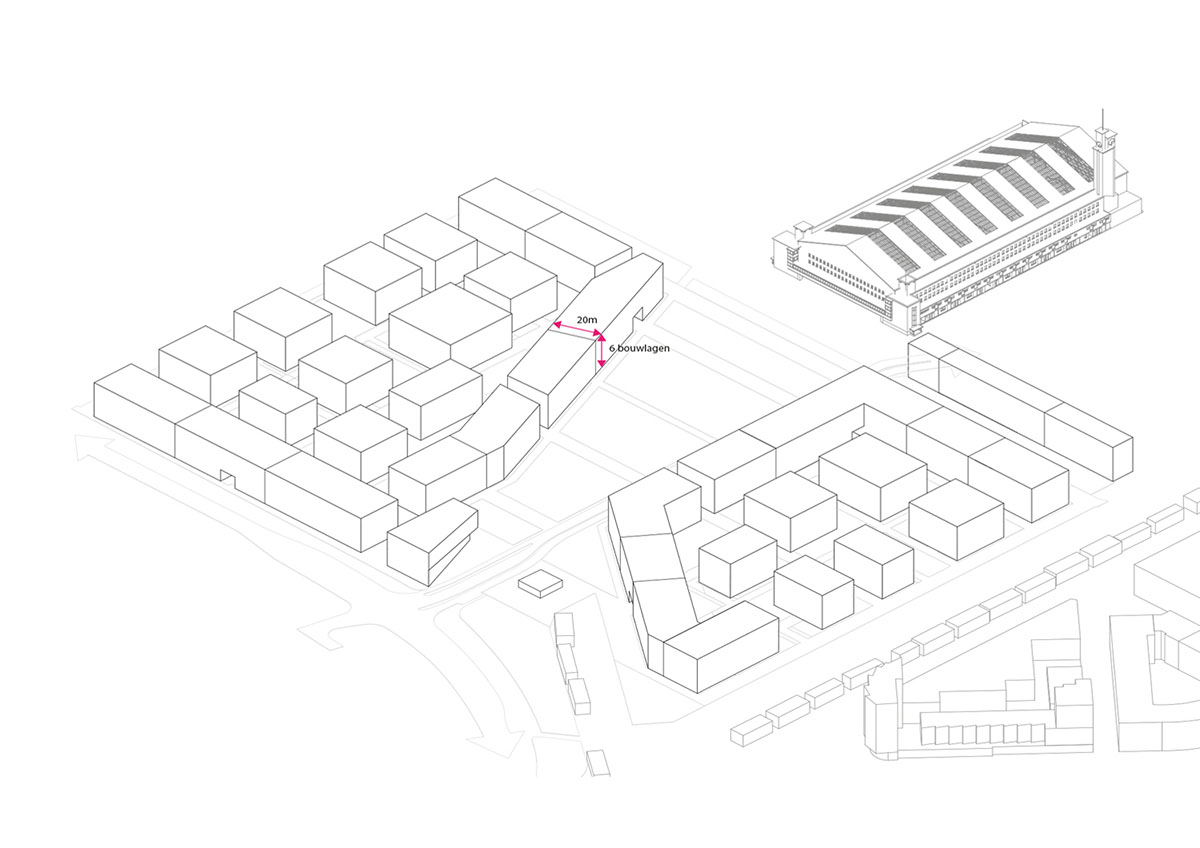