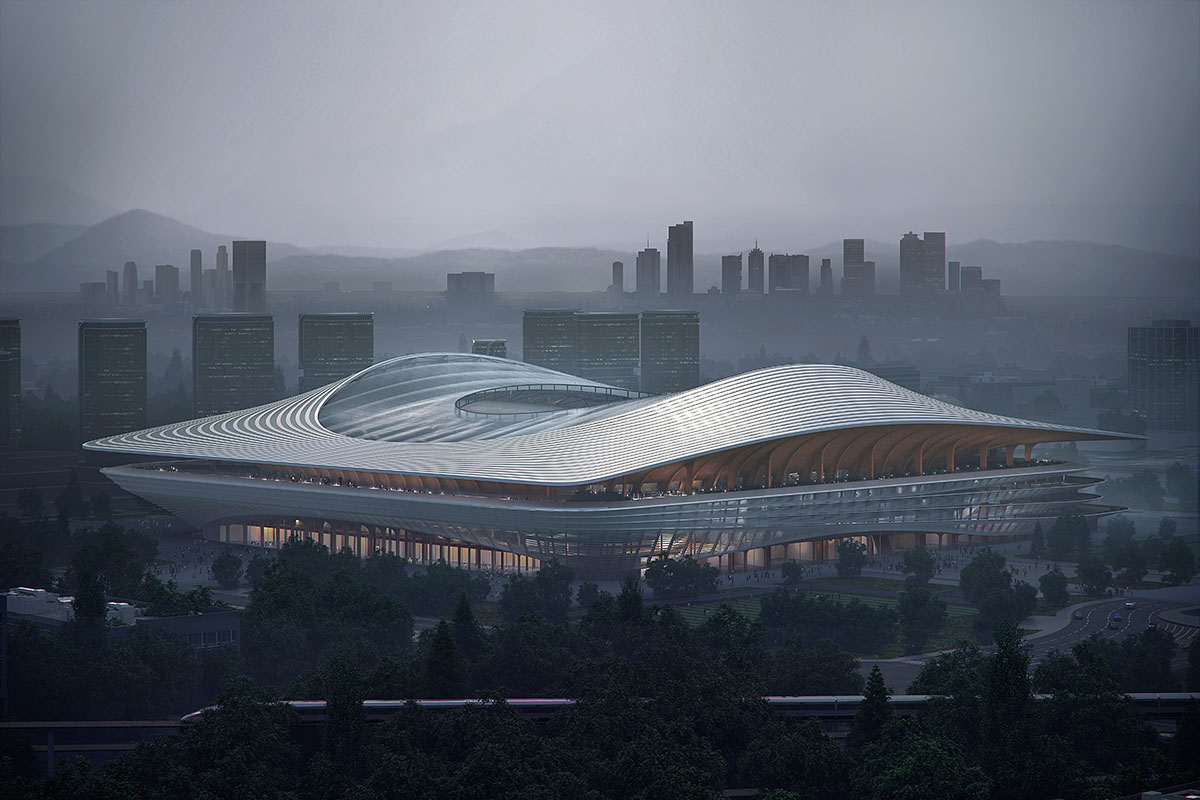 Called Xi’an International Football Centre, the new stadium will have 60,000-seat capacity and feature open facades and garden terraces with undulating roof structure that will create a minimum load and material footprint on the stadium's structure.

The new stadium will be located in Xi’an's Fengdong New District with its stations on the city’s expanding metro network.

"With a population of nine million people and two professional football clubs, Xi’an will be a host city of the 2023 Asian Football Confederation (AFC) Asian Cup in China," said Zaha Hadid Architects in its project description.

"Taking its legacy mode of operations as the starting point of the design, the stadium has been designed to provide optimum conditions for football and maximize its use by generations after the 2023 tournament."

ZHA conceived the design of the stadium by integrating within the orthogonal urban grid of Fengdong’s business district. Thanks to its open façades, the stadium, apart from its solely function, will invite the city into the heart of the building to enjoy its public spaces, recreation and dining facilities throughout the day.

"Located in a series of shaded south-facing garden terraces with views over the city to Qing Mountain, these amenities will also serve spectators visiting the stadium during football matches, cultural events and performances," the studio explained. 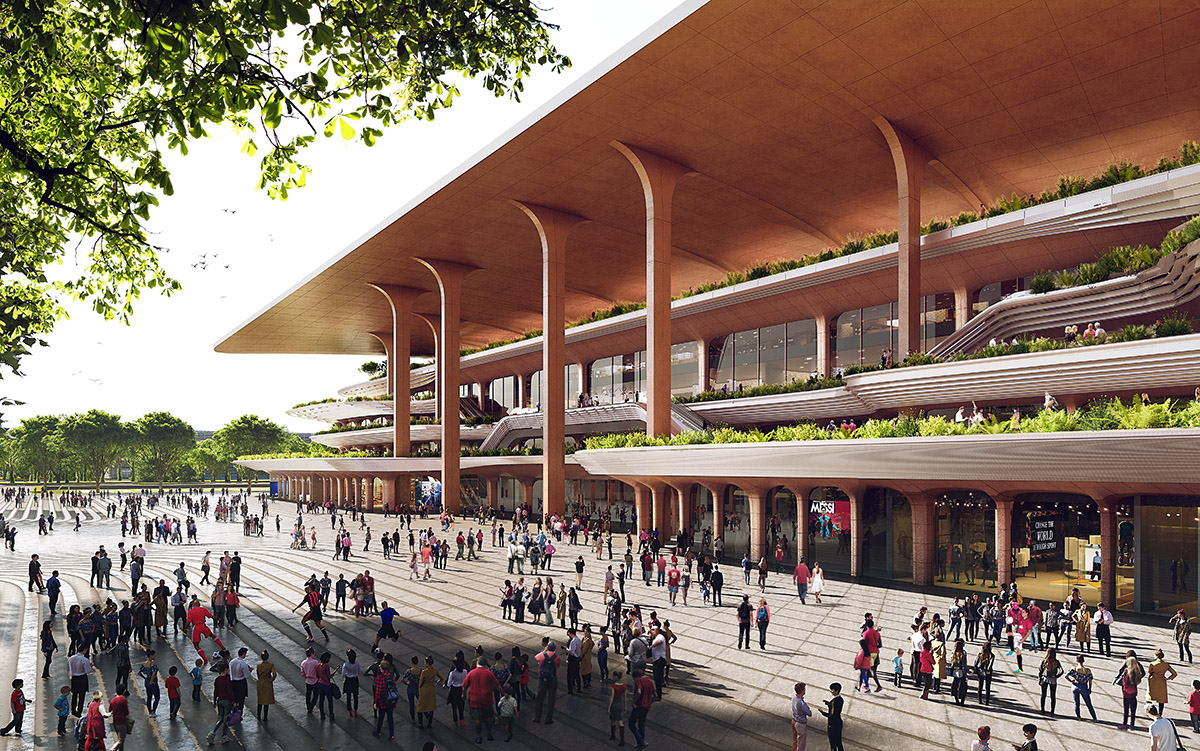 ZHA created sweeping lines for the façade to protect the stadium from northerly winds and convey the fluid forms of the roof that shelters the saddle-shaped seating bowl which maximizes the spectator seating provided at midfield.

The stadium employs an ultra-lightweight long span cable-net roof structure, resulting in a minimum load and material footprint that in turn reduces the stadium’s primary structure.

The structure is wrapped by wide perimeter roof overhangs to shelter facilities within the building's envelope while the large, shaded, open-air terraces and public concourses incorporates extensive planting on all levels, providing comfortable conditions in Xi’an’s hot continental summer climate. 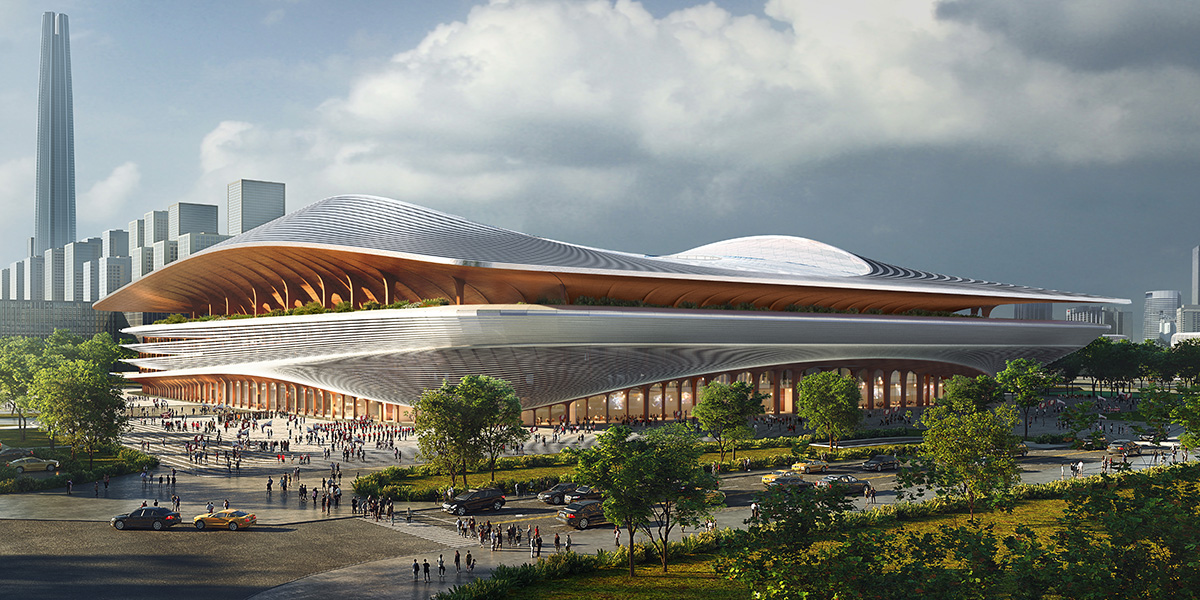 "Supported by the tensioned cable-net structure, a translucent membrane over the seating protects spectators from inclement weather and direct sunlight while also allowing the most amount of natural light to reach the playing surface, promoting the growth of grass on the pitch to provide playing conditions of the highest standard," explained ZHA. 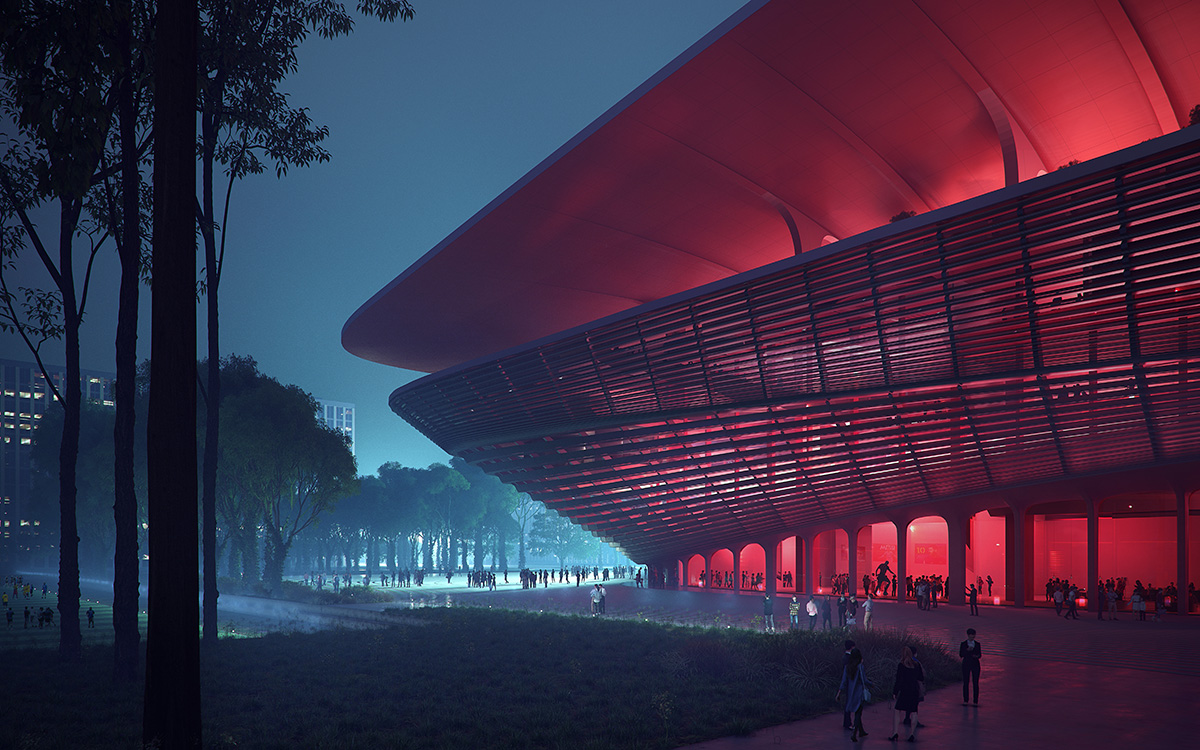 The studio designed the saddle-shaped seating bowl by using digital modelling to define the geometry of the spectators’ seating bowl to get optimum proximity and views to the field of play from all 60,000 seats.

Thanks to its special geometry, the stadium is aimed to generate the most exciting atmosphere for football and ensuring an outstanding match experience for all players and spectators. 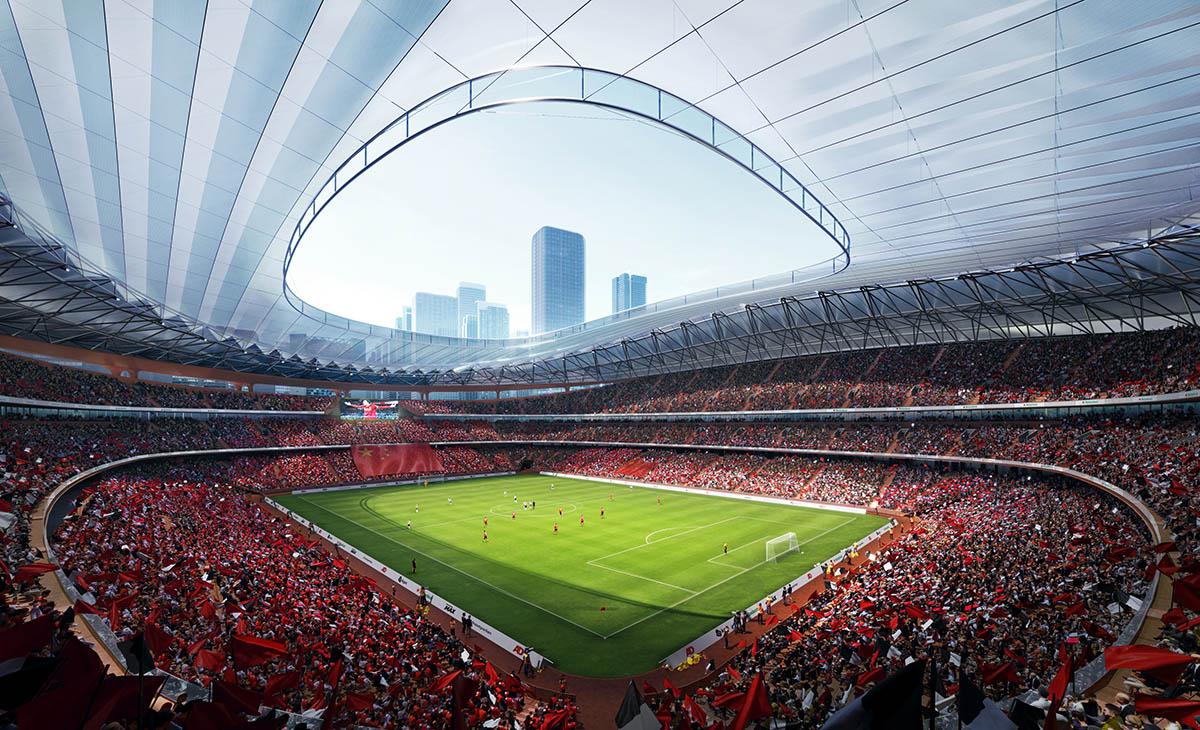 China’s ancient capital and core of the Silk Road, Xi’an has a long history of welcoming visitors from around the world. In the global arena of football, the Xi’an International Football Centre continues this tradition and builds a lasting legacy of new civic spaces, sports and recreational facilities for the city. 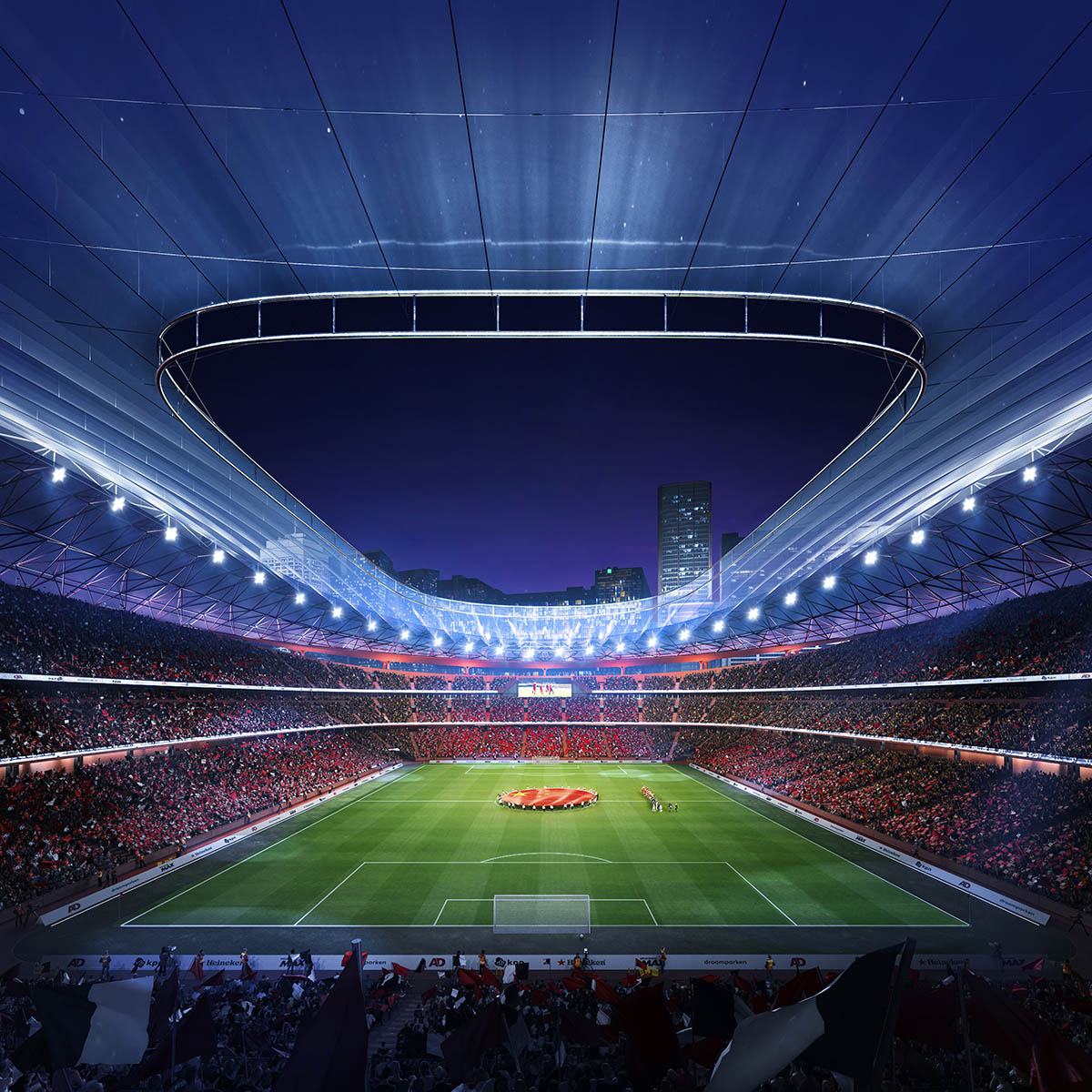 Zaha Hadid Architects recently unveiled design for new residences made of modular system with sustainable timber in Honduras. The studio is currently working on the "greenest" building for CECEP's new Shanghai Headquarters.