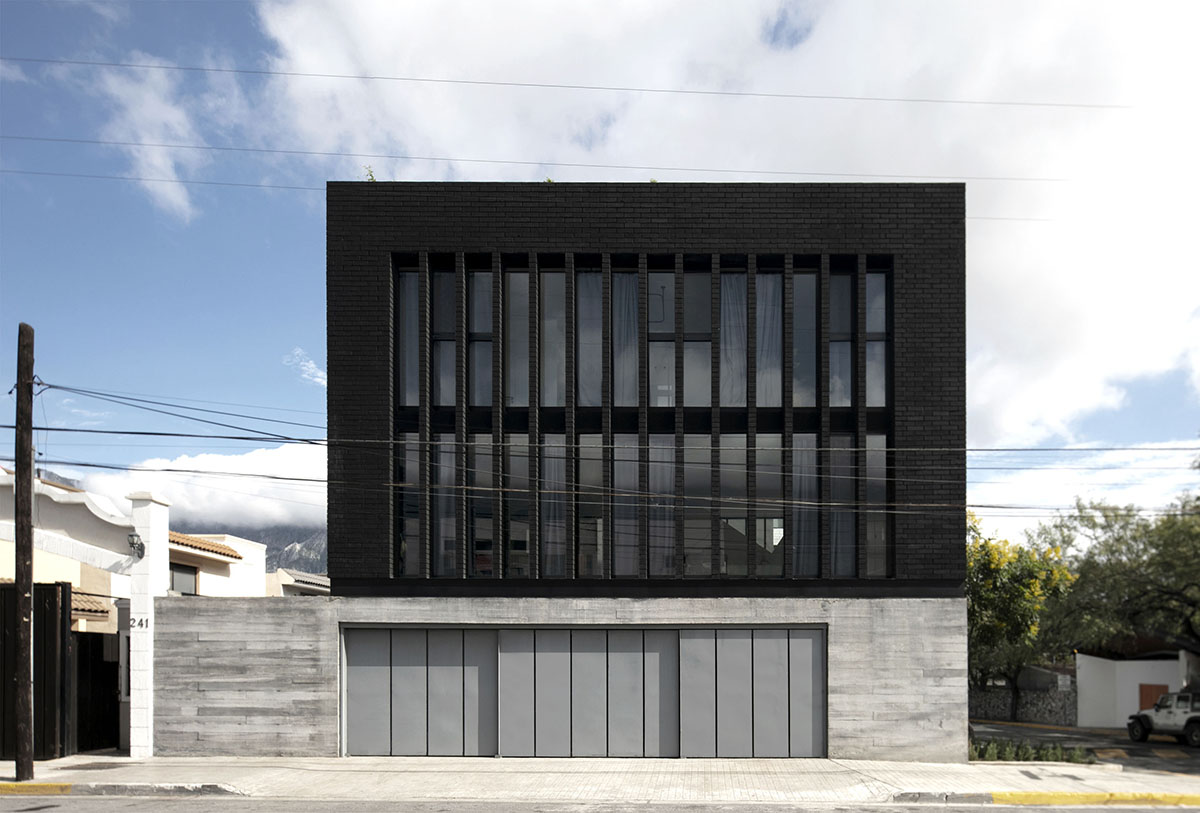 The project, called Cate House, covers 300-square-metre area and acts as "a closed back volume" that maintains its privacy towards the street.

The conditions of the terrain being a corner and its orientation were the guidelines to define the spacial and constructive strategy of the house. 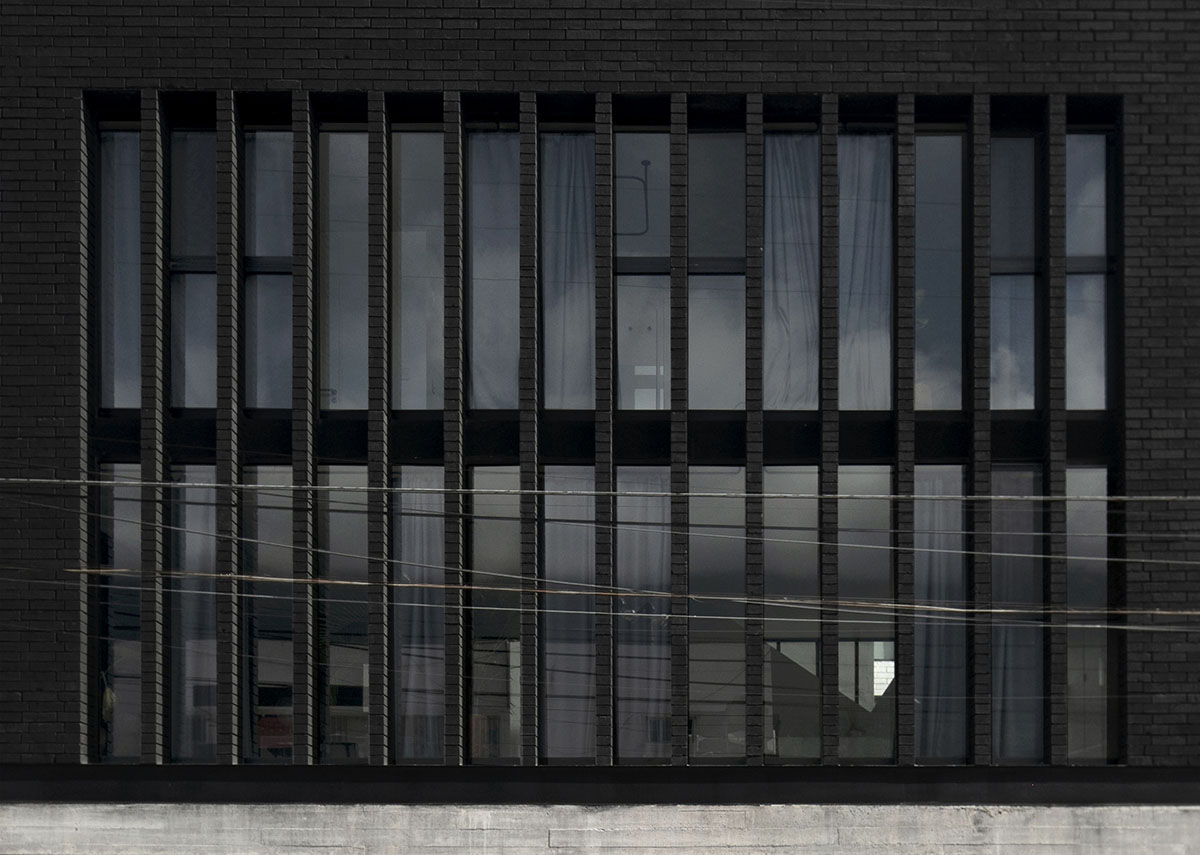 The local regulations establishes a remission of the corner to leave it construction free almost the same size as the one in the back side of the plot. As well they require a service hall. This reduced significantly the constructive area, forcing to concentrate the house in the center of the plot. 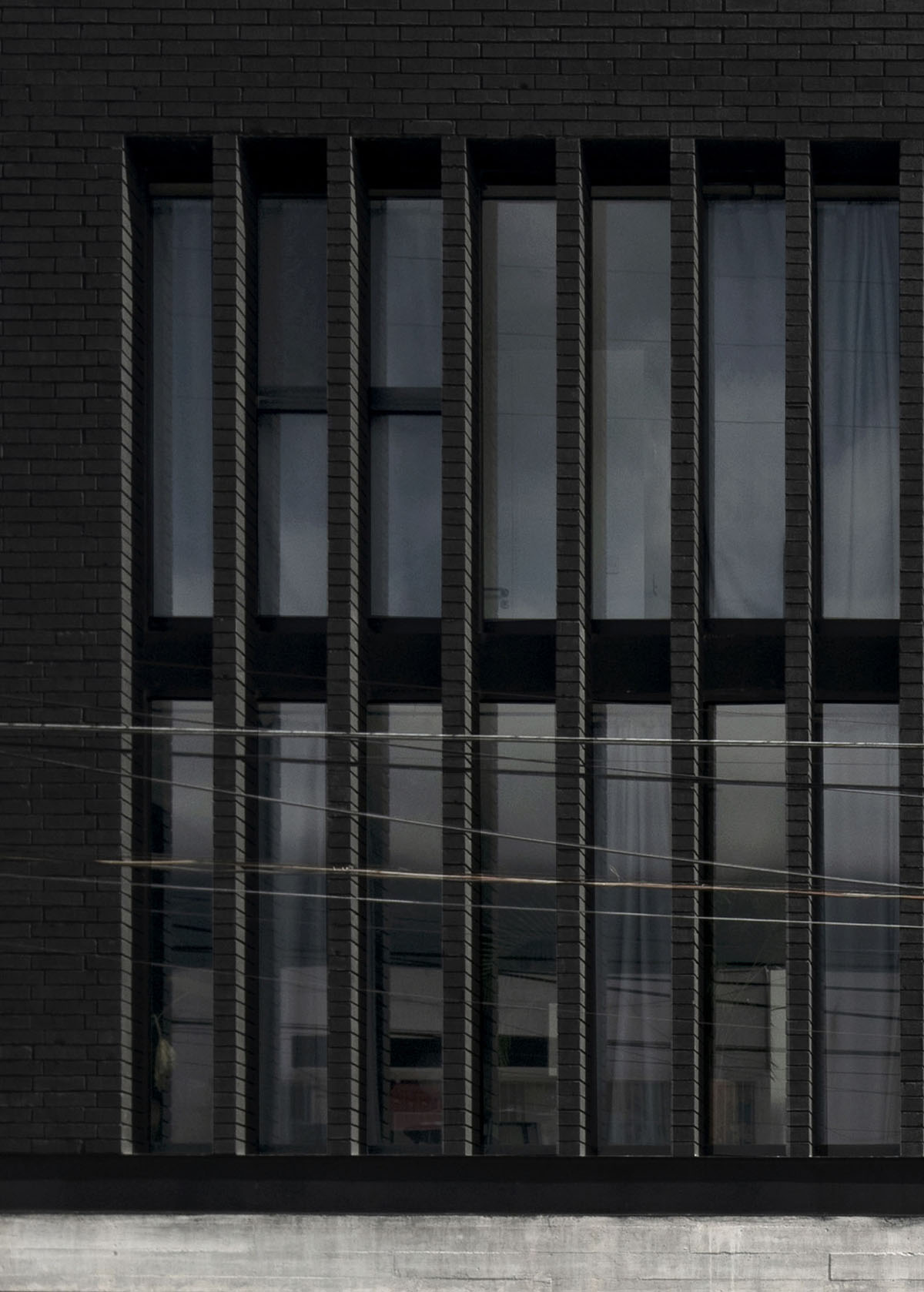 This way, there are 2 independent concrete pieces used as basements supporting the house. These basements hold service spaces such as closets, bathrooms, storage room, laundry and the entrance.

By doing this the basement floor is almost free, permitting the parking space (required by the regulations) but most important is a potential free space for different programs like reunions, workshops, parties, cinema. 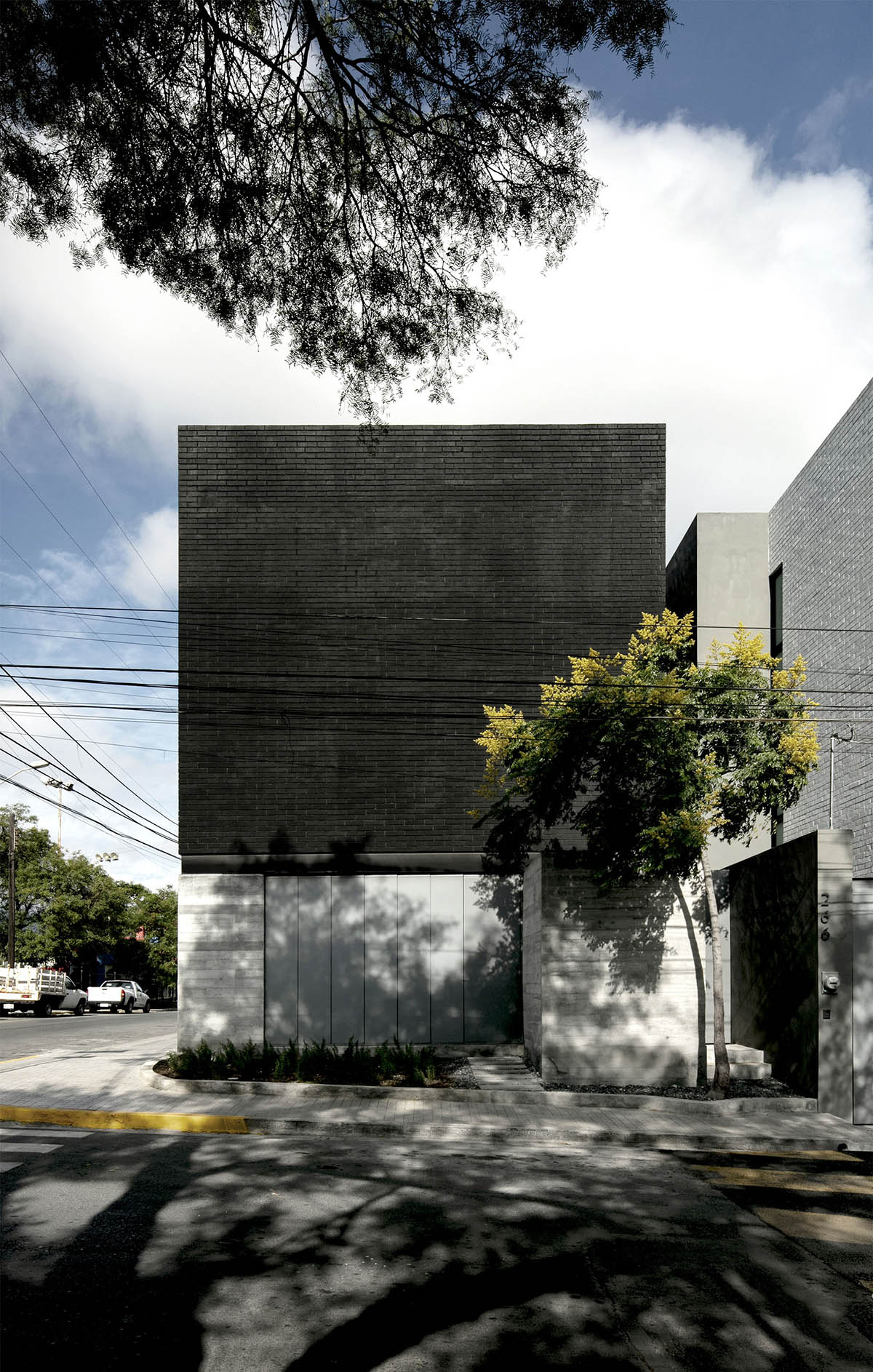 Once inside the house, the stairs lead you to the first floor that is the social area. It is really open and two service volumes are hidden in wooden boxes at the side. Windows in the lateral walls of the traversal section of this floor brings natural ventilation and lighting.

A latticed wall made of brick protects the house from the south sun light during the morning and the sunset, providing rhythm, texture and scale to the superior part of the house. From the outside this part is conceived as a big black brick block standing over the inferior concrete supports. 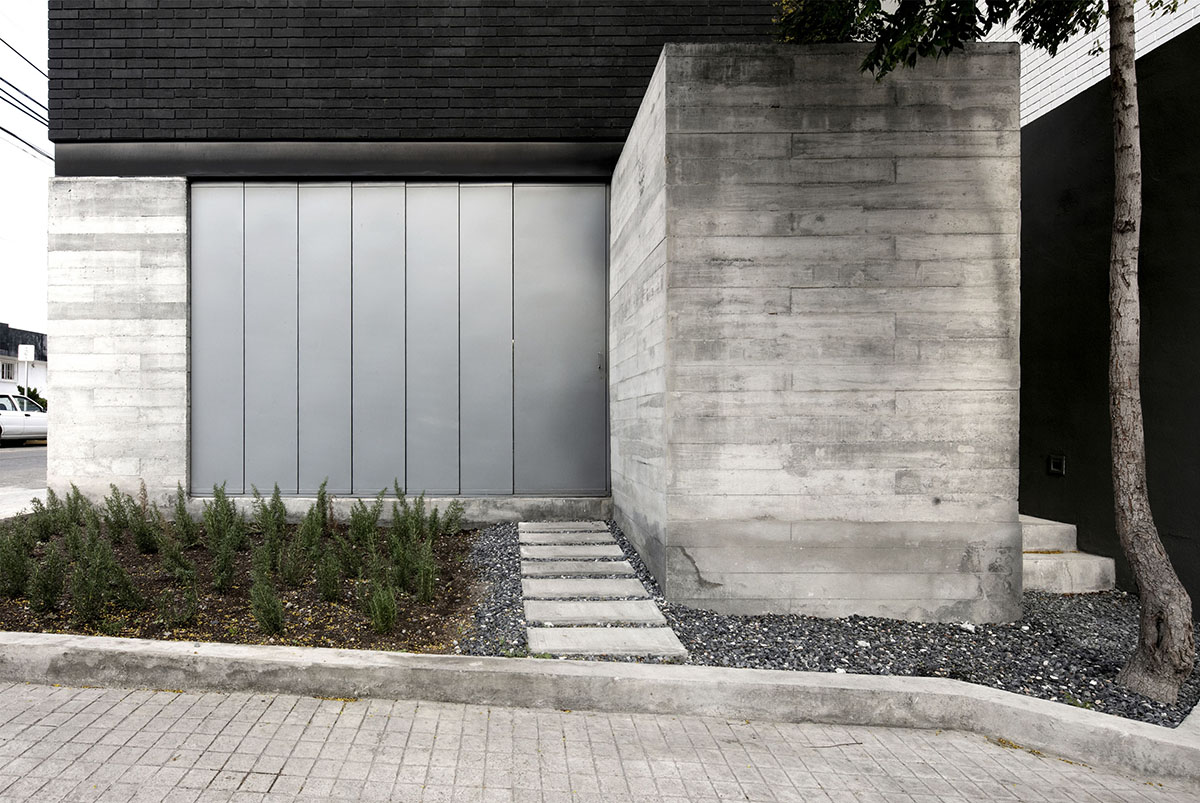 In this social area floor the stairs are hidden in a white volume that looks like coming down from the slab and appears like a sculptural element in the space. 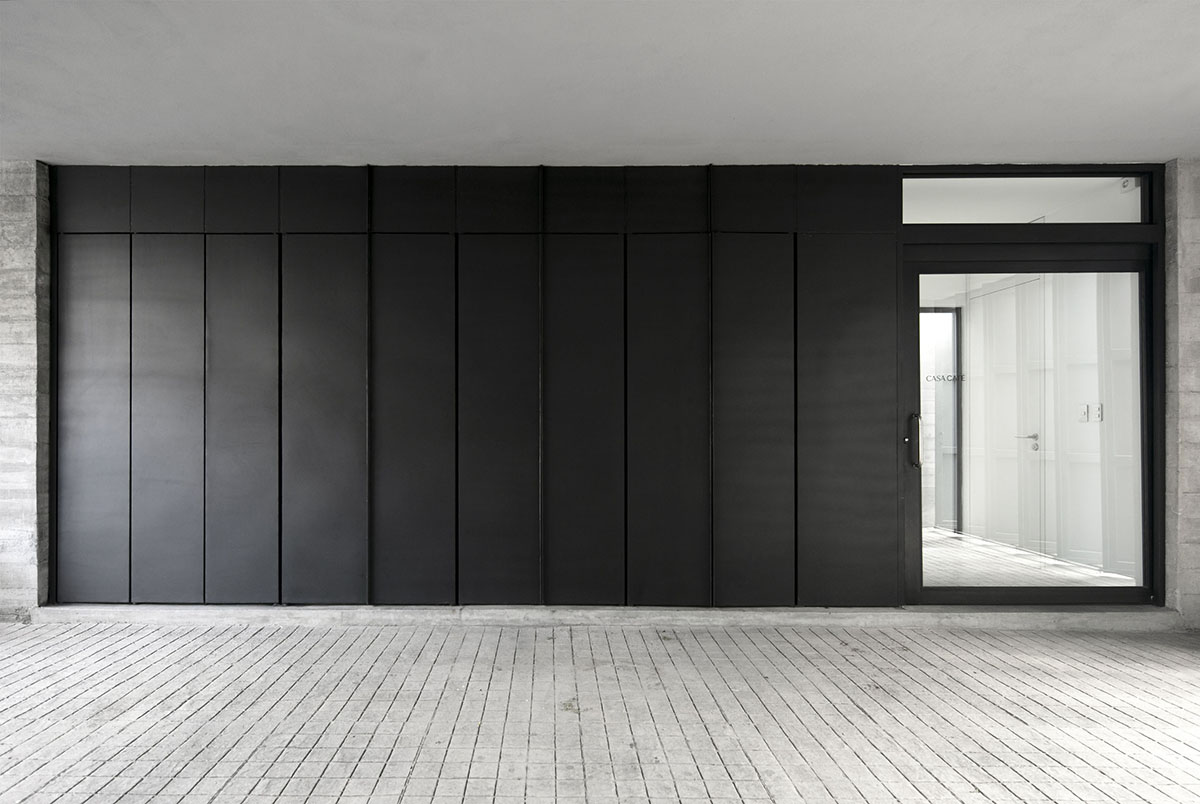 Next level is designated for the three rooms the house holds. Oppose to the stairs on the floor below, the stairs leading to the roof terrace is an open structure, visually making  the hall and the circulation nucleus more spacious. The roof terrace is a lookout to the nearest mountains, a space for contemplation and gathering. 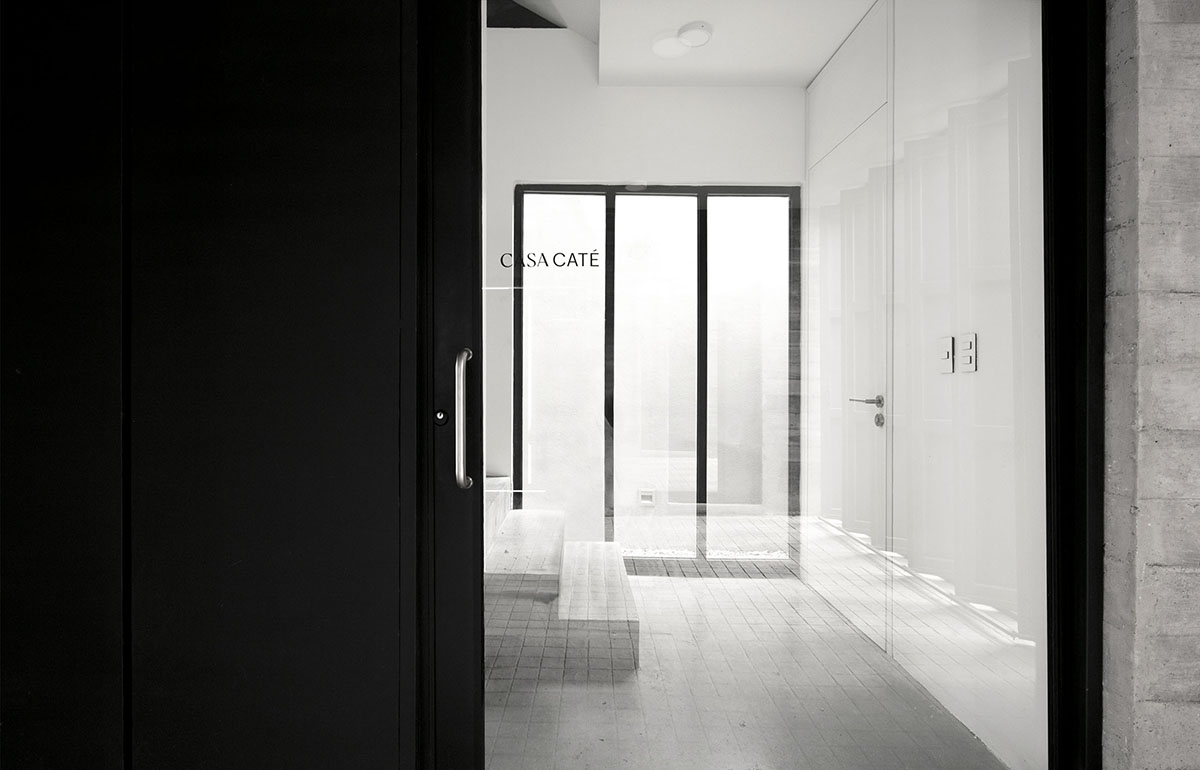 The materiality of the house is defined by local materials of great tradition of use in Monterrey, such as concrete, brick, steel and glass, under the premise of representing through these the industrial heart of the city. 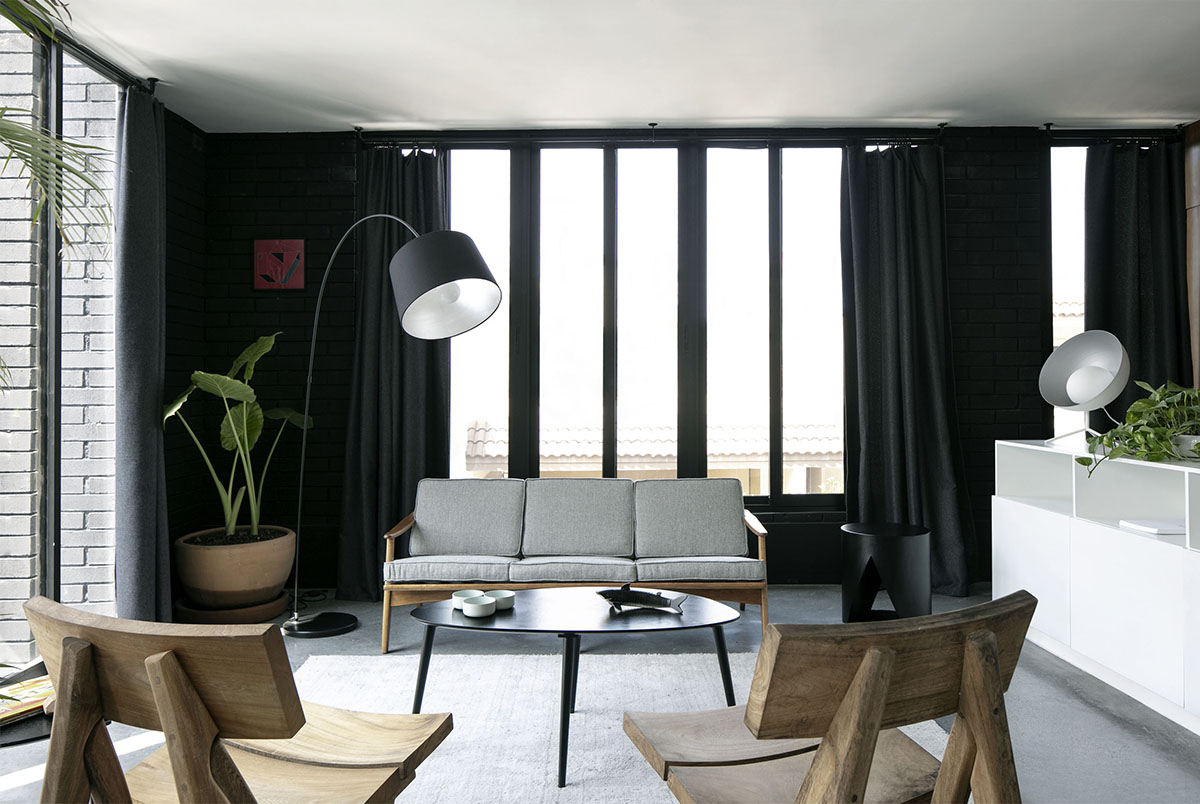 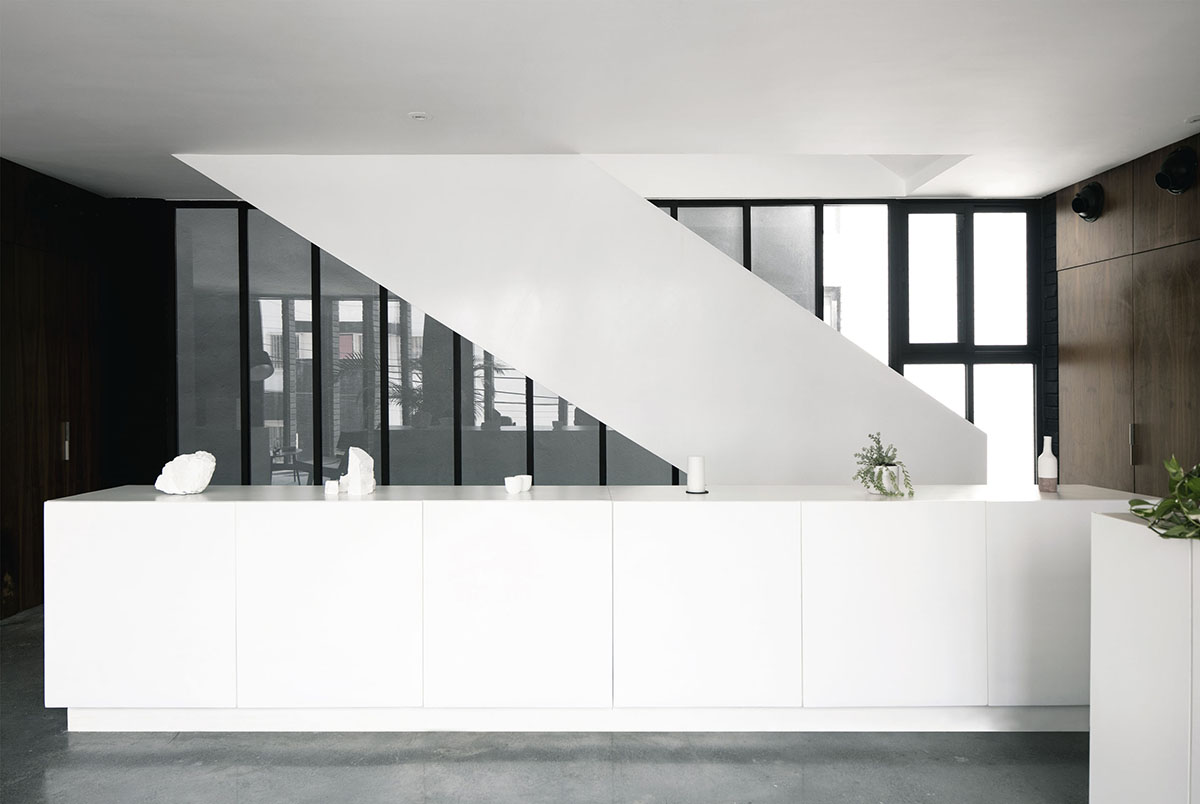 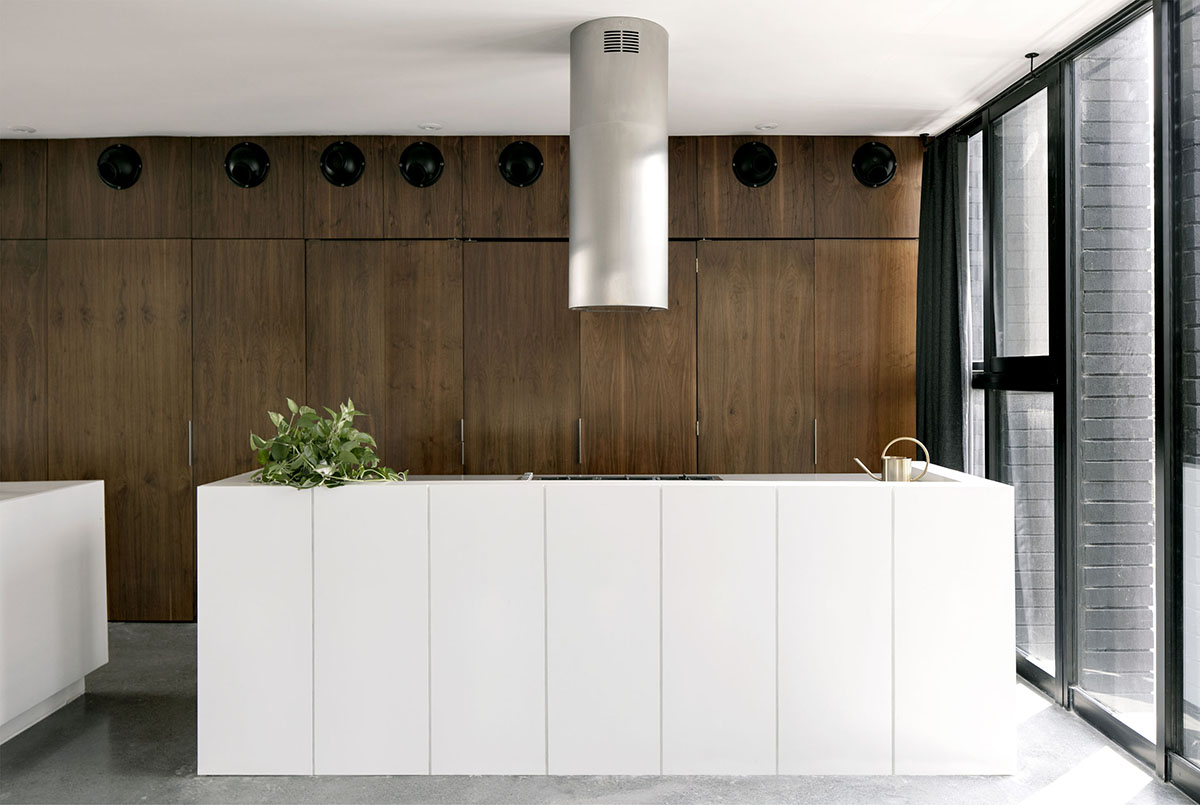 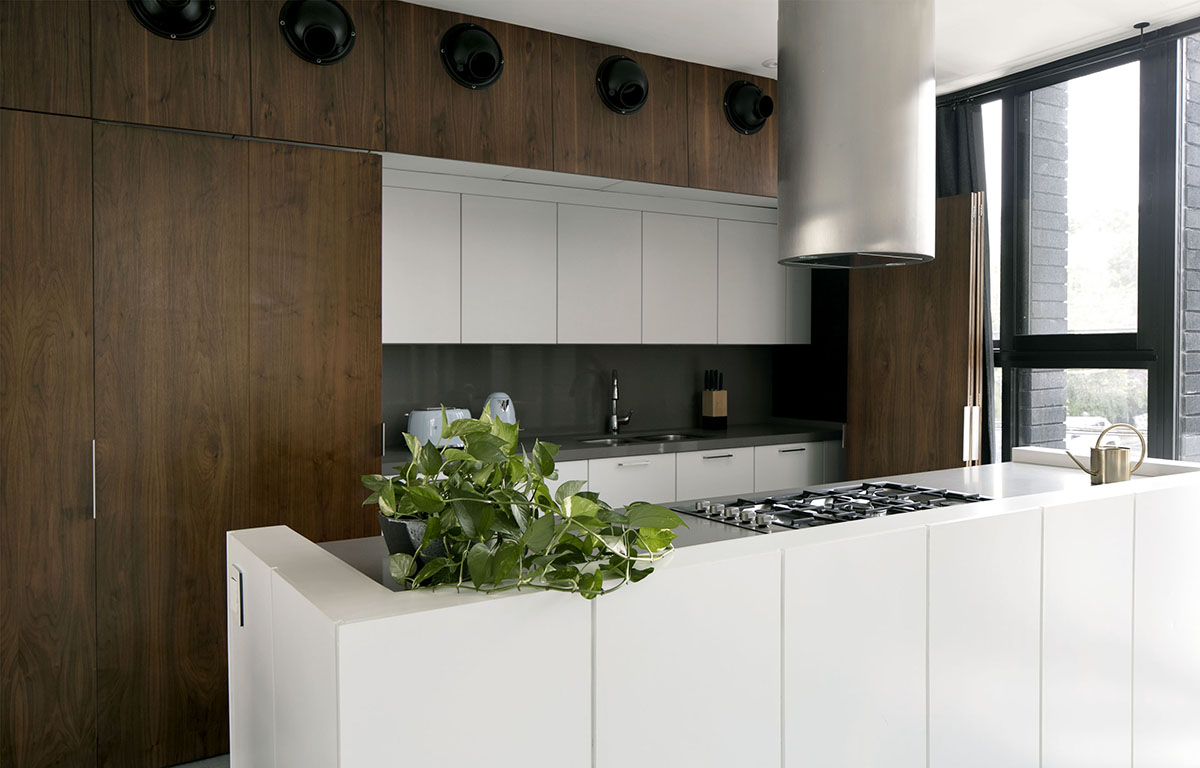 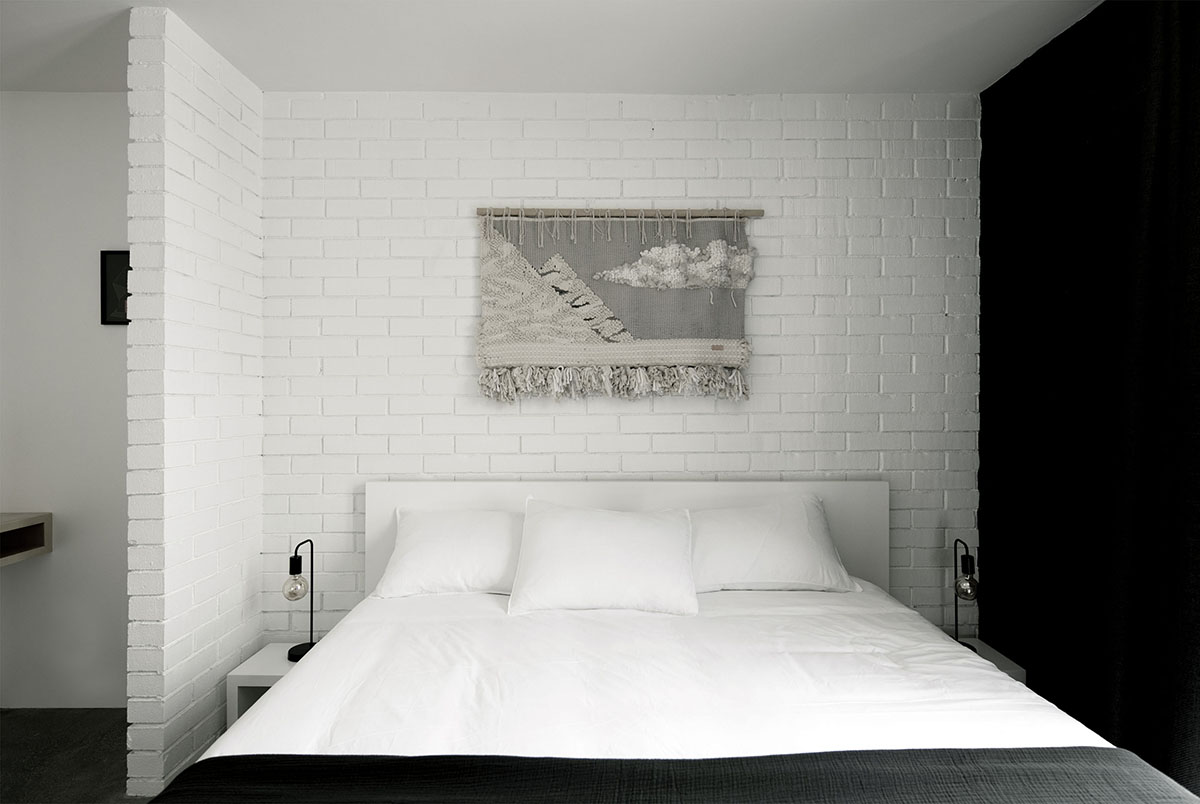 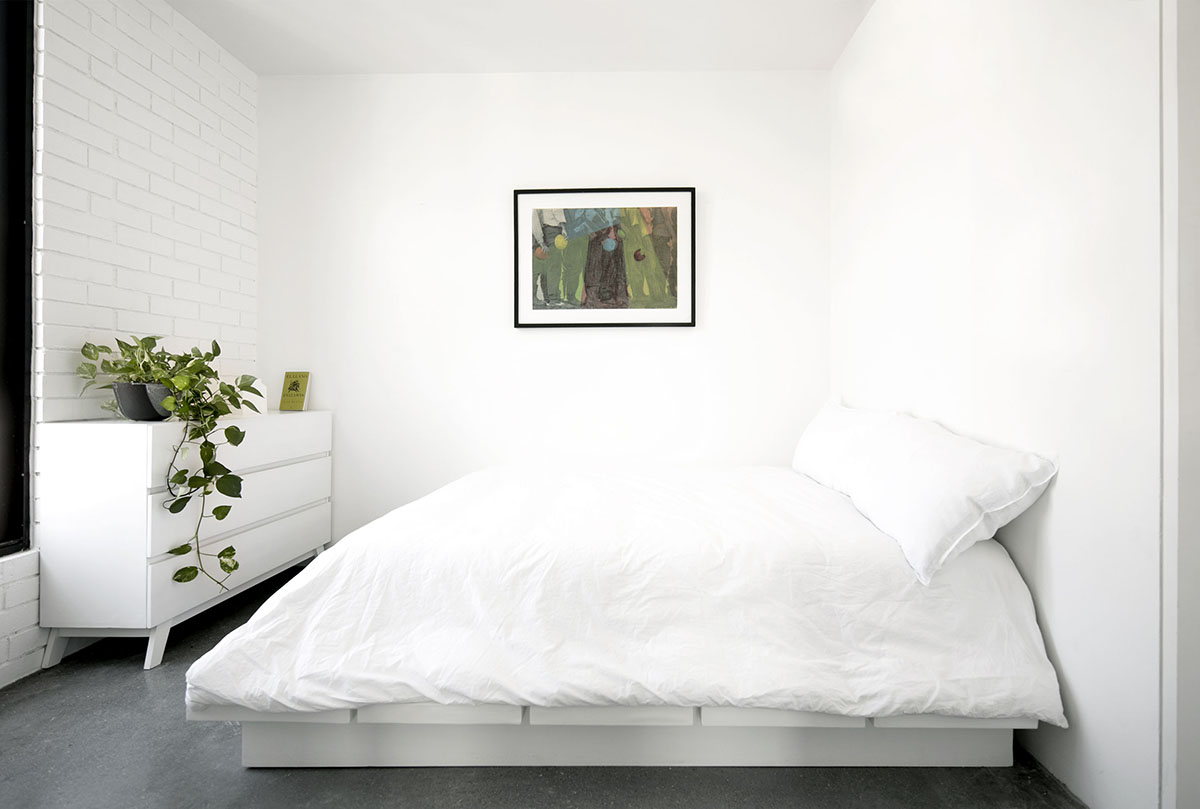 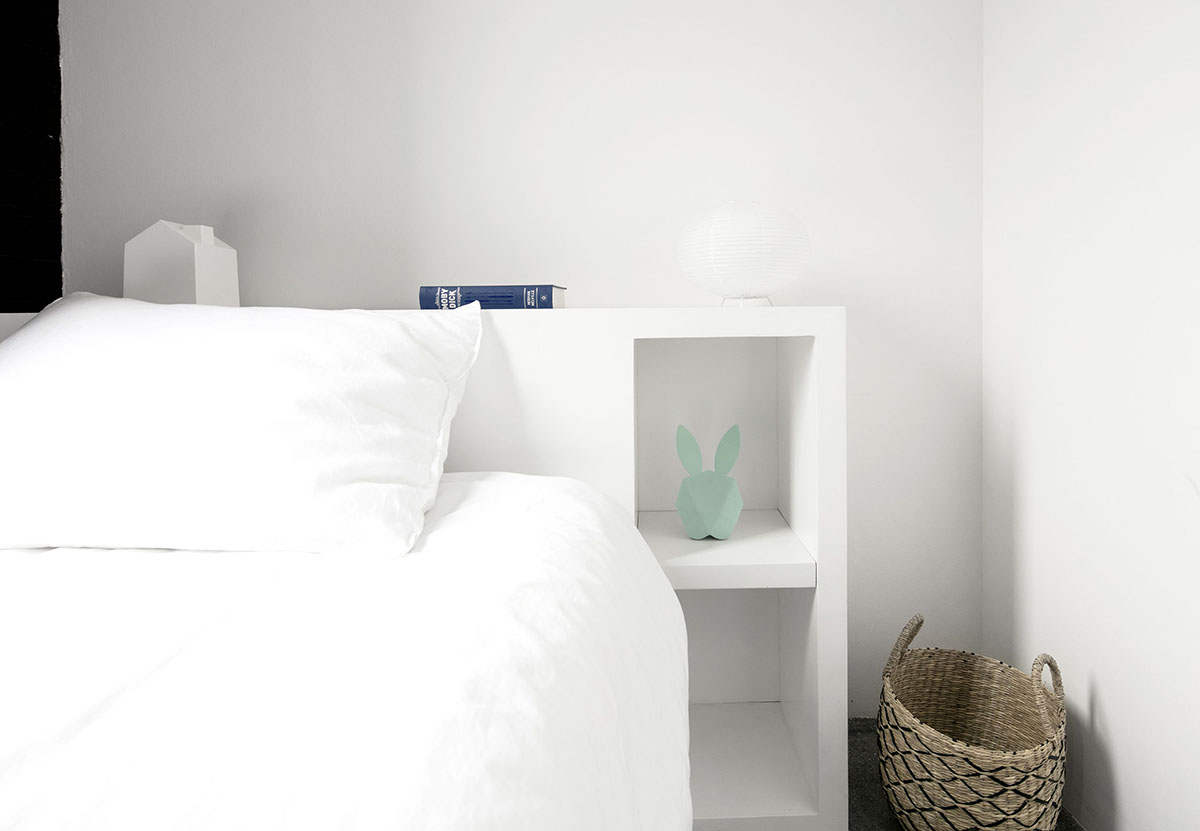 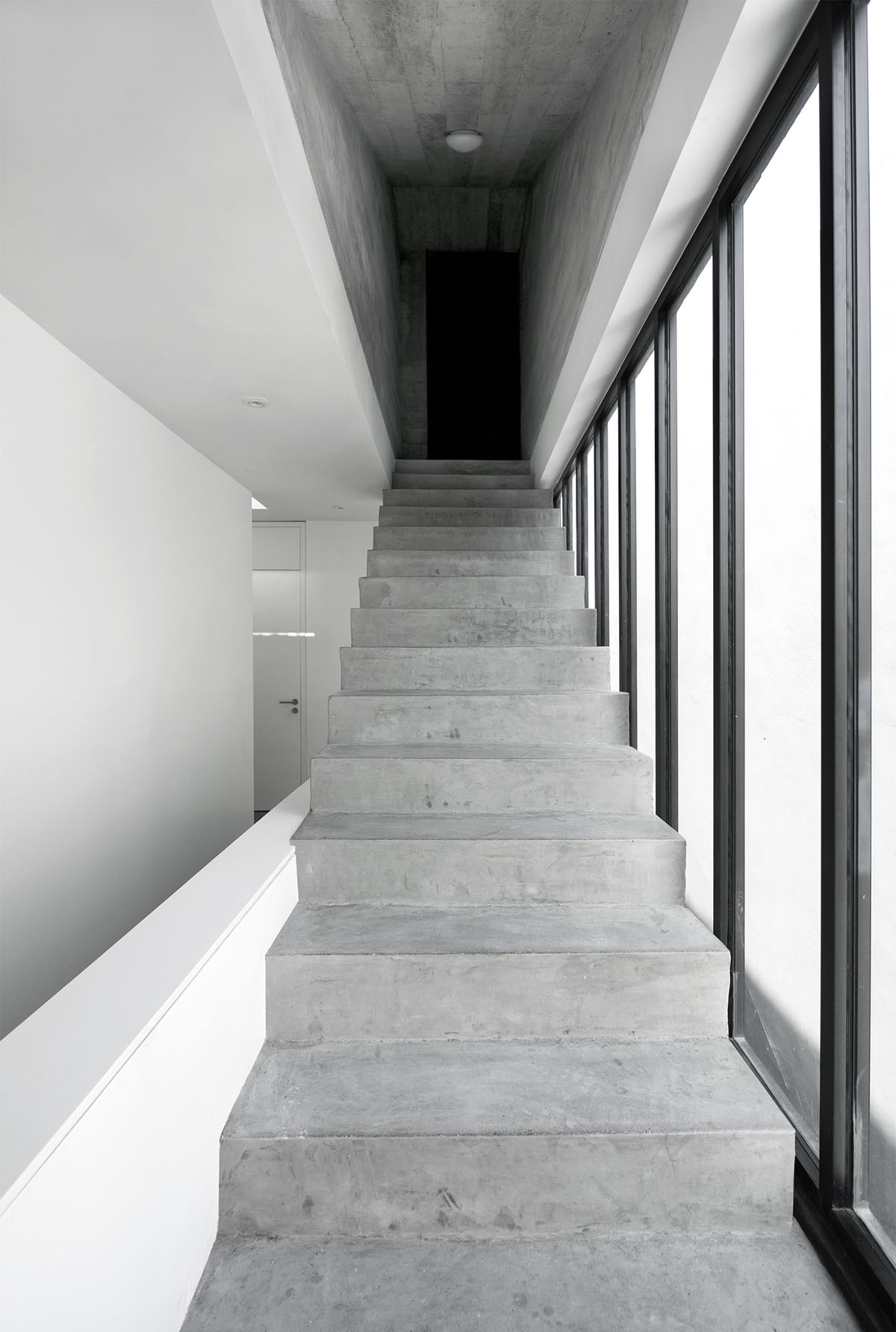 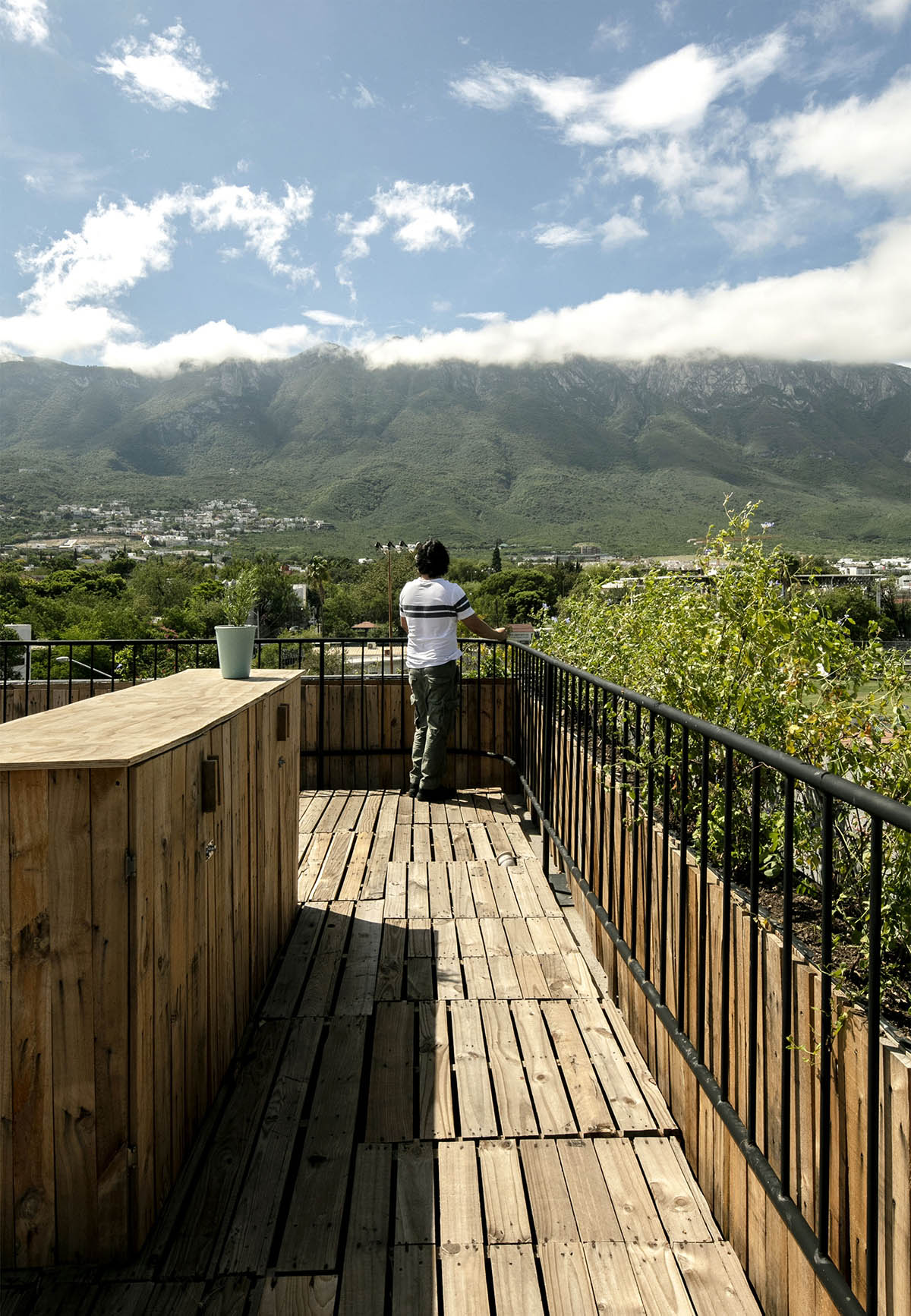 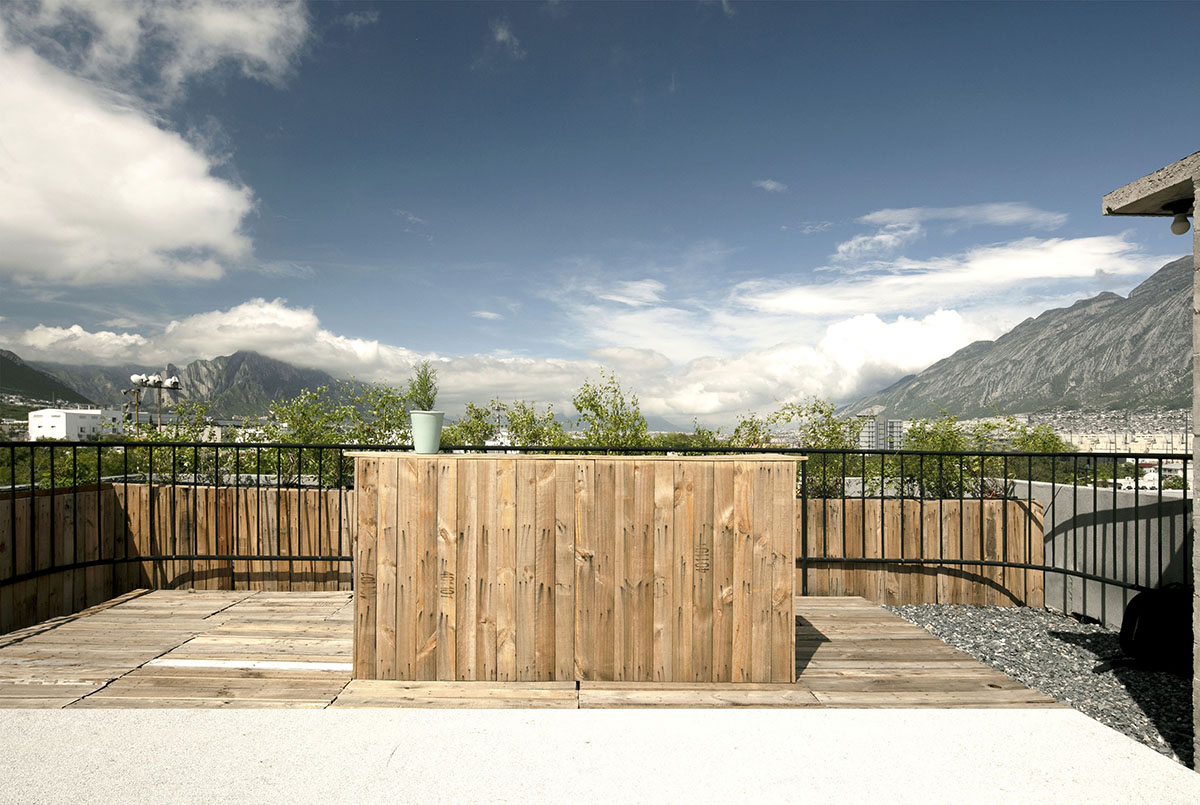 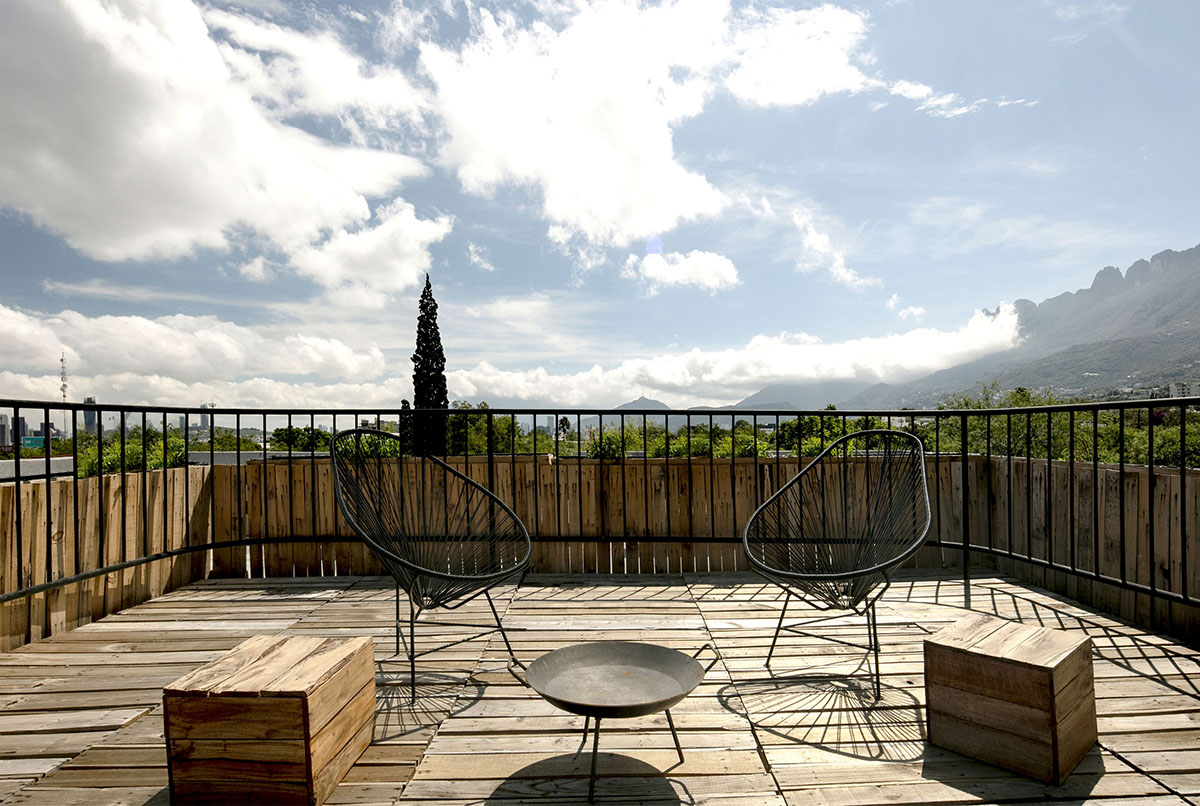 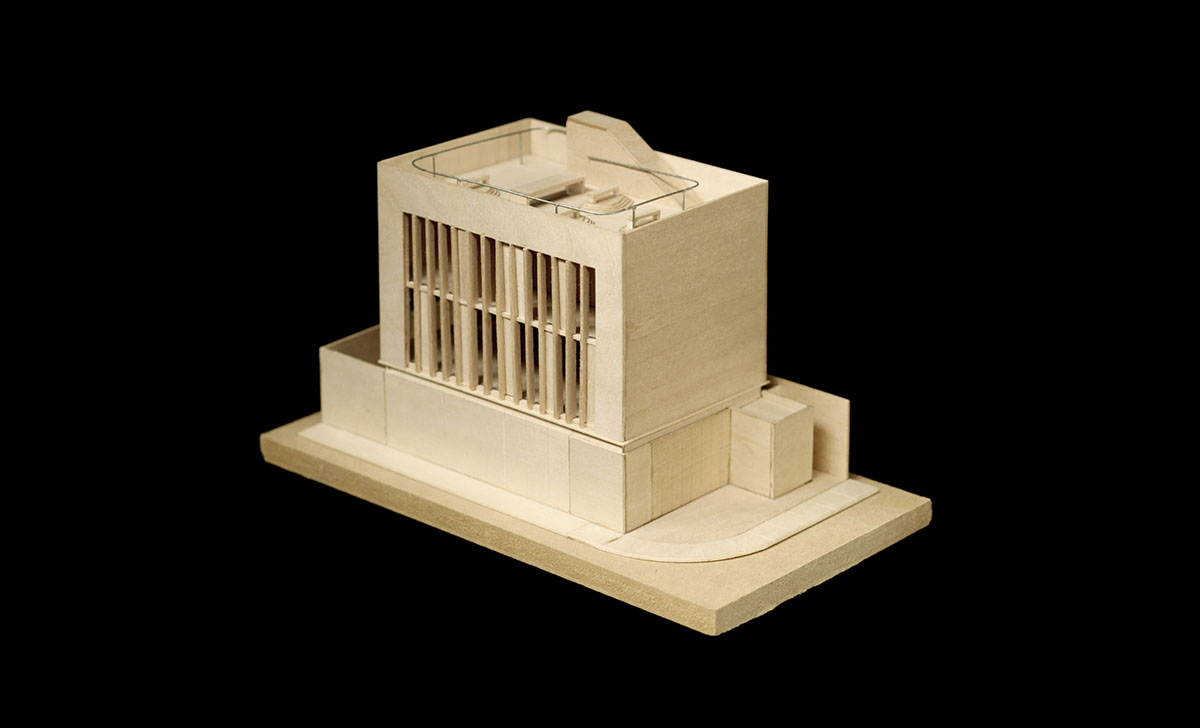 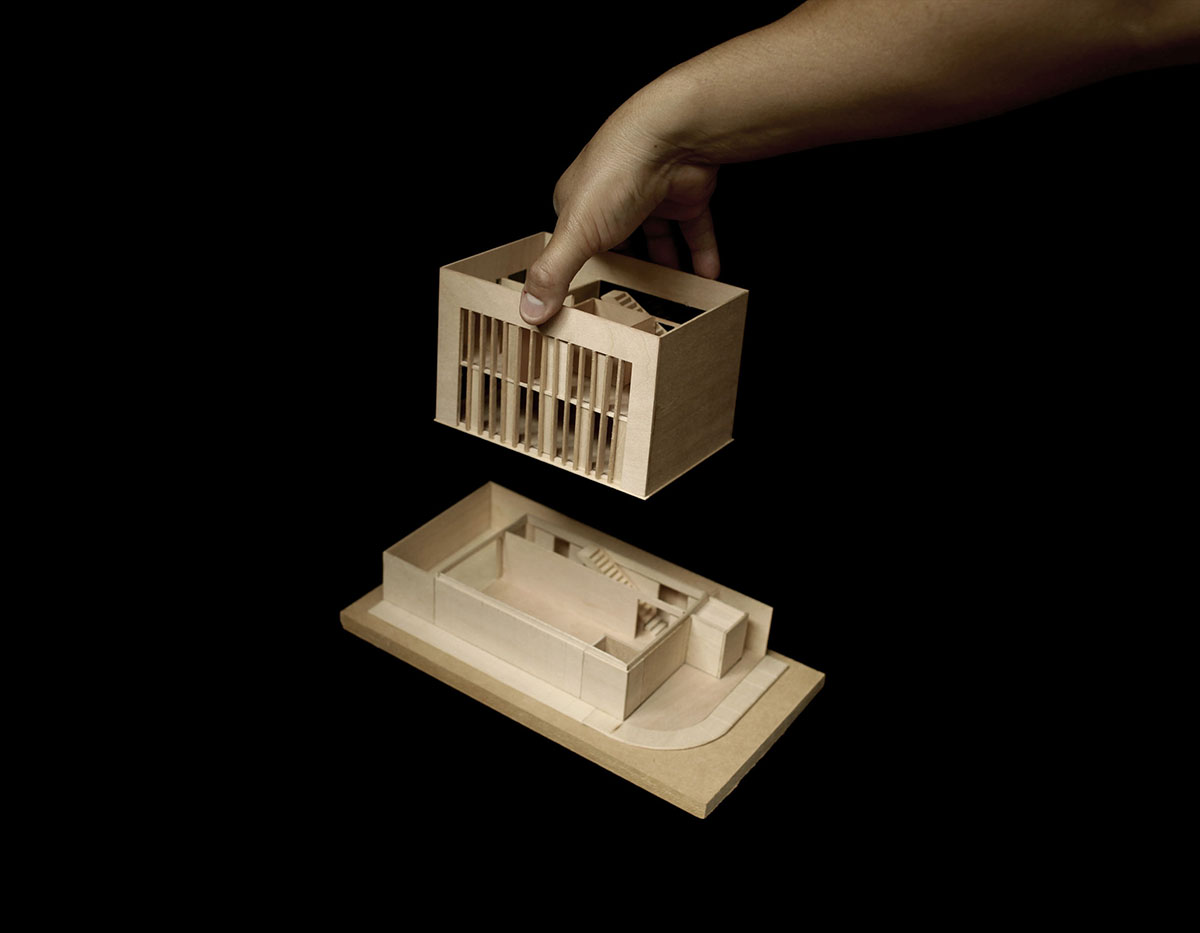 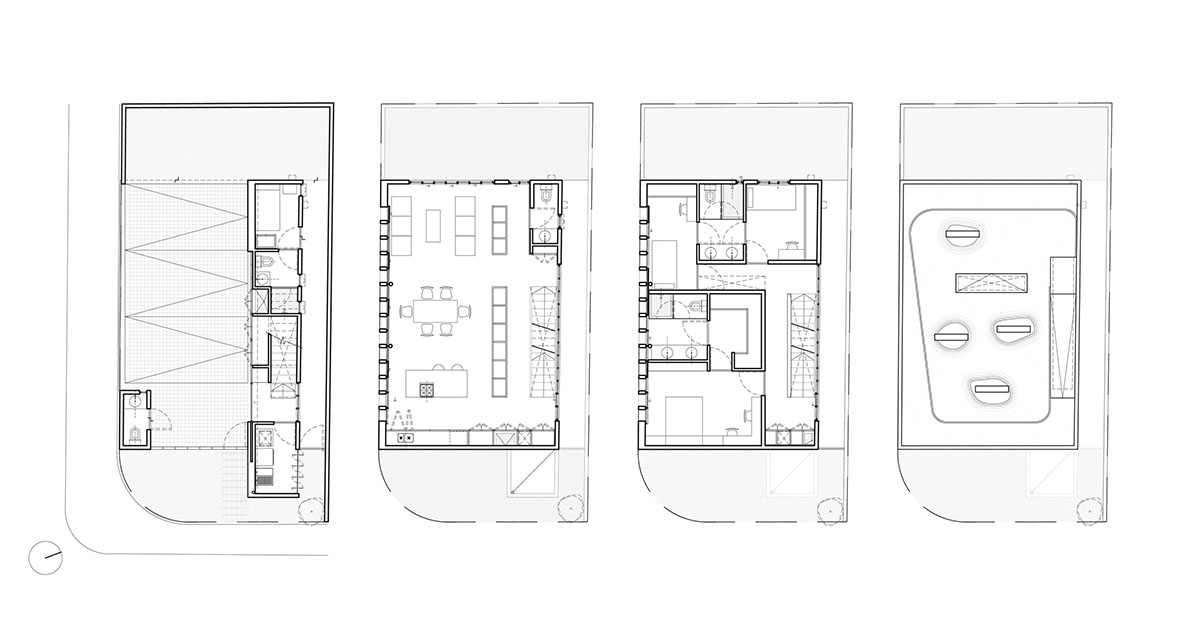 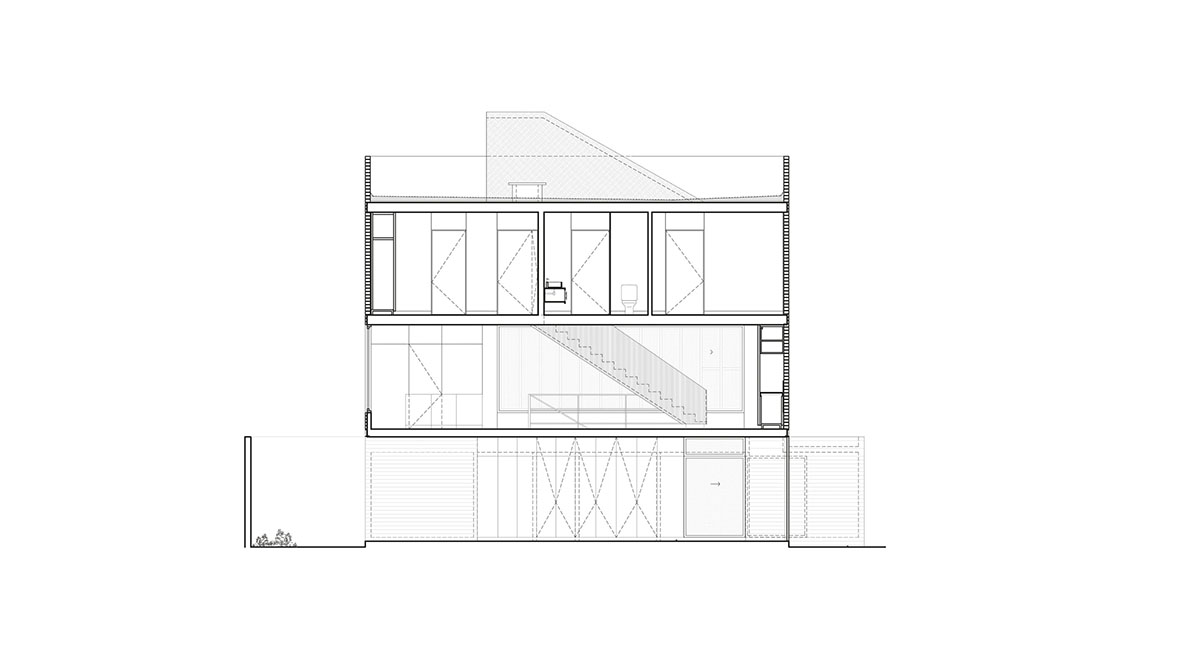 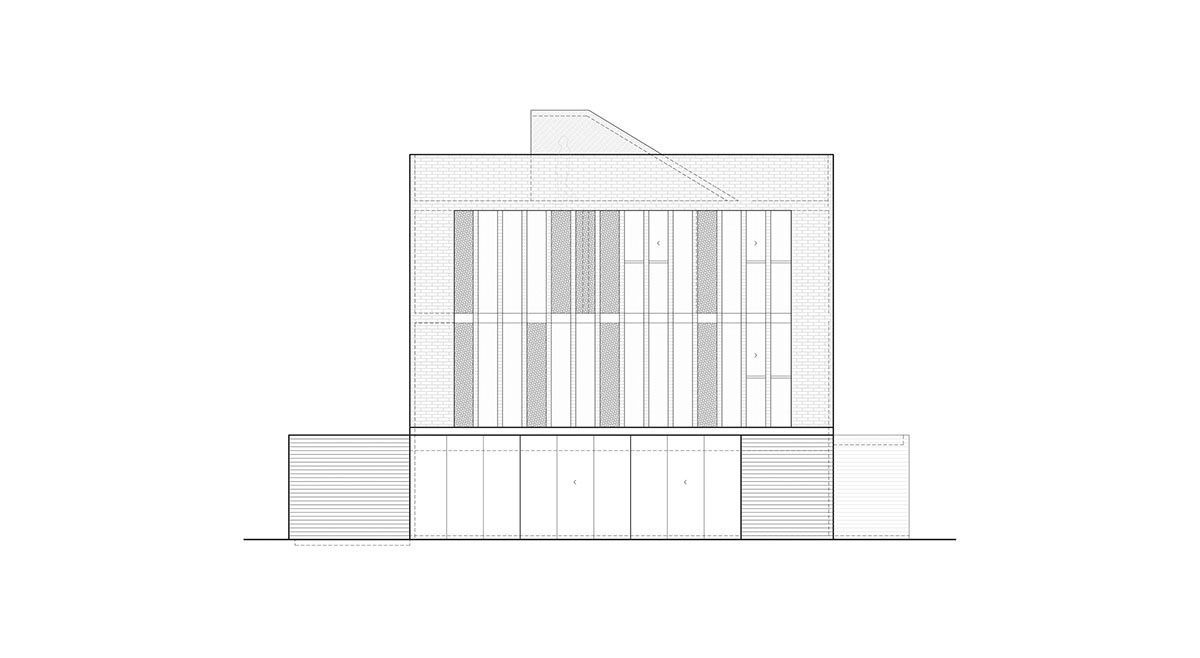 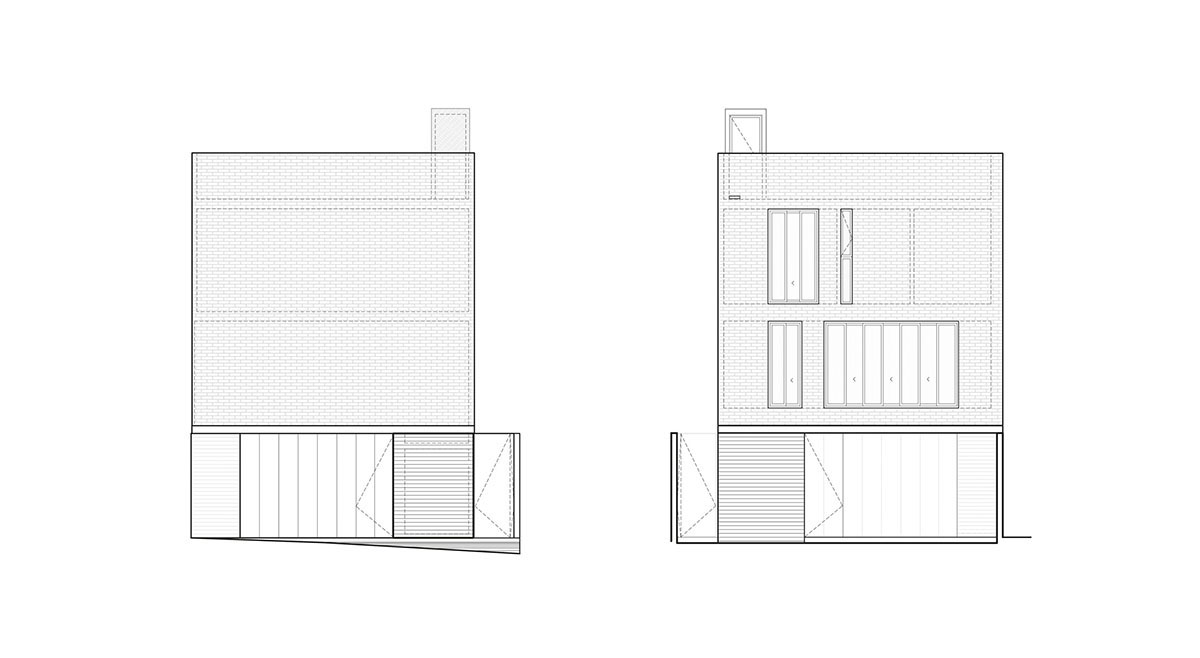 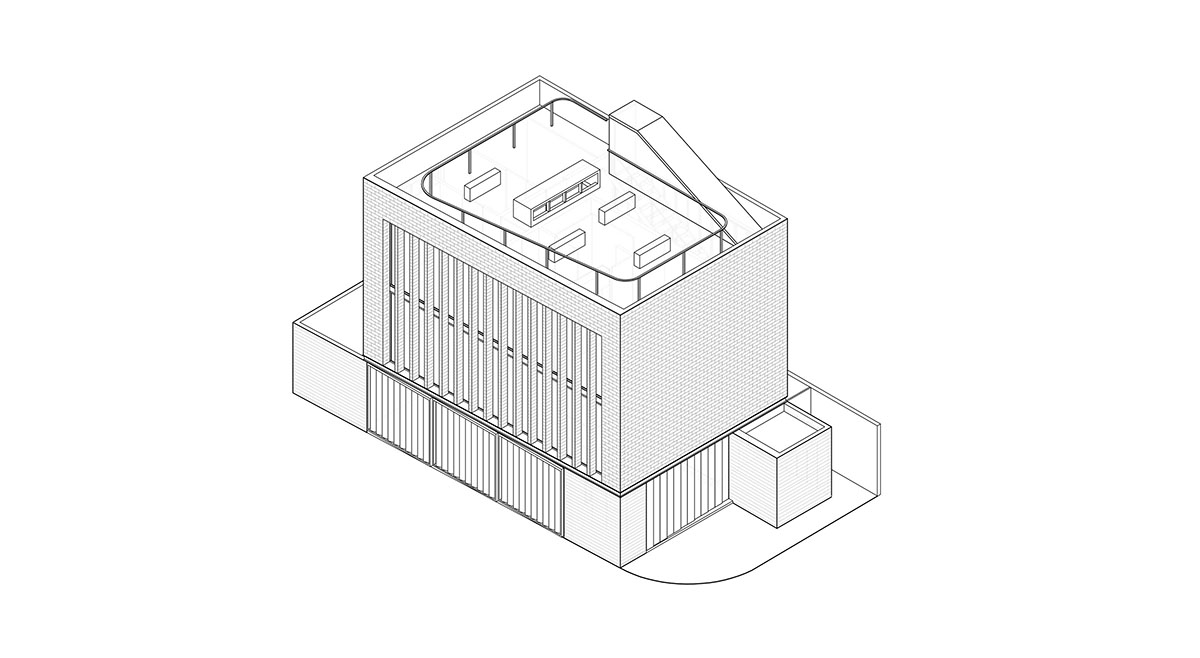 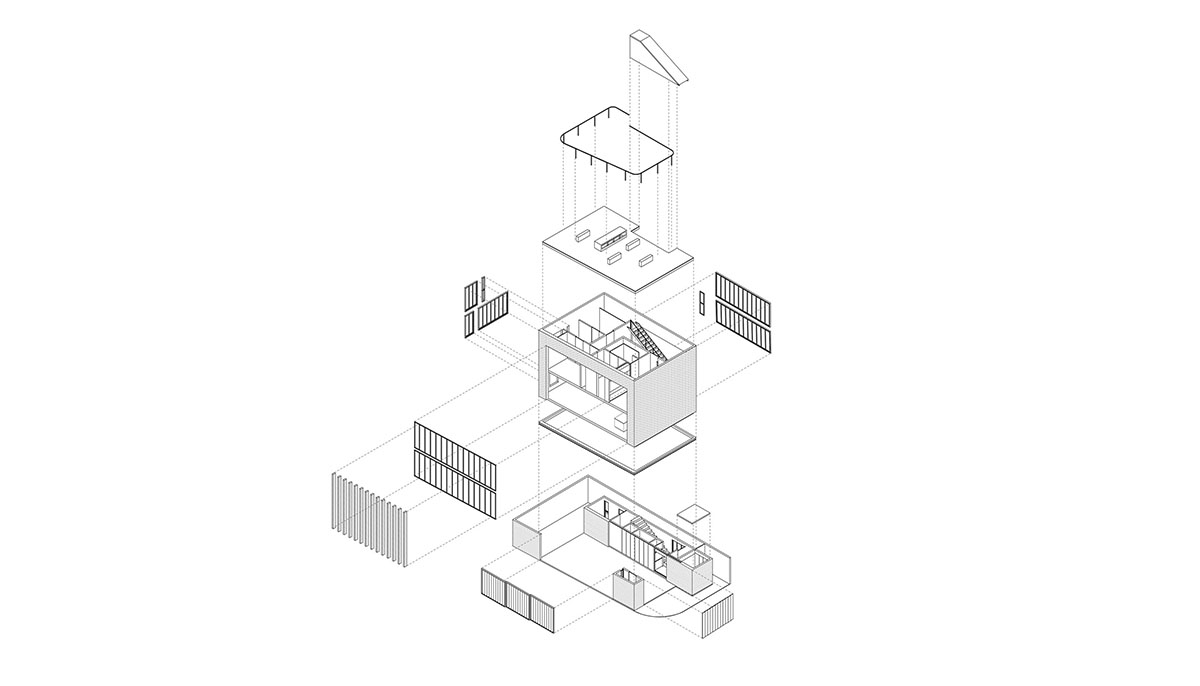