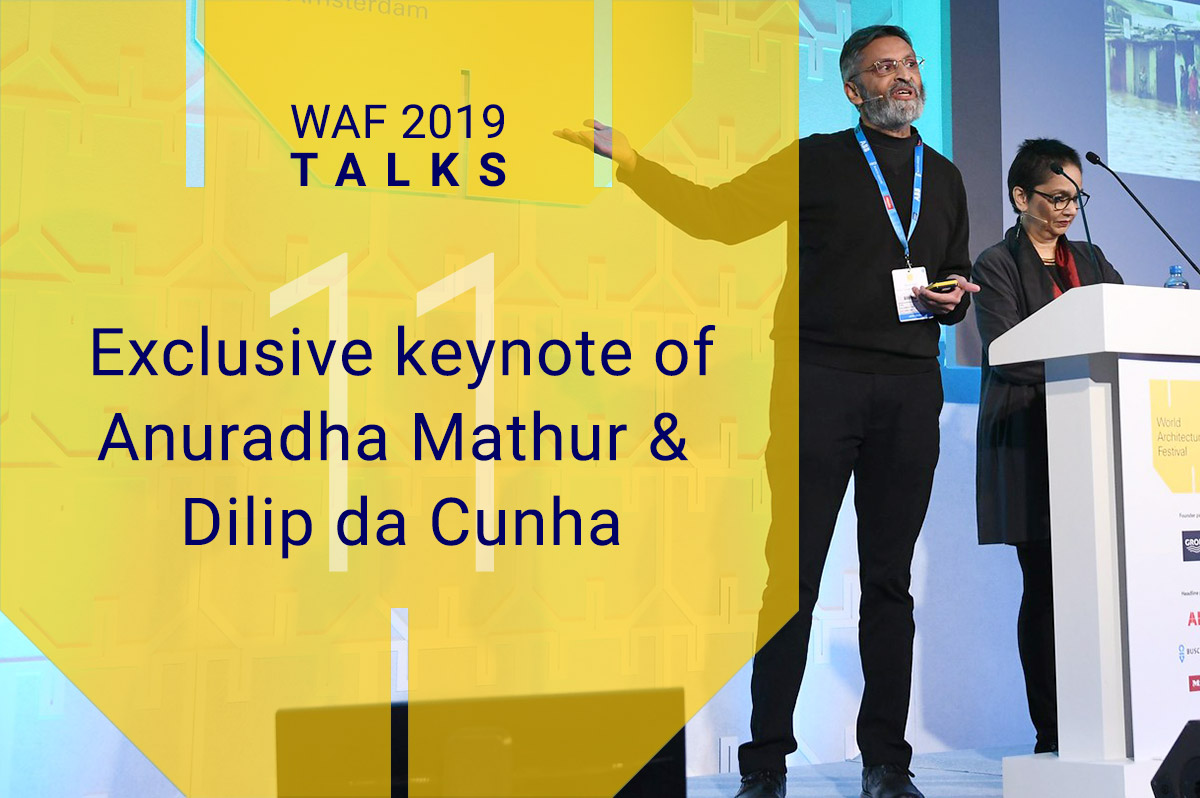 WAC releases exclusive lectures each week as part of WAC's media partnership with WAF. WAF's 2019 talks & keynotes series bring exclusive talks of outstanding architects to audience who was not able to participate to the festival in 2019.

In their lectures, Anuradha Mathur and Dilip da Cunha discuss the nature and importance of rains and waters in design. The architects also touch upon the difference between water and wetness and they explain how architects and designers should think together with natural disasters in design process.

"Inhabiting the cycle not inhabiting the surface, an accommodating as you call it nature as coming from beyond," Da Cunha added.

"It is just a start because then you move to also start thinking like - it’s not just about a project on the ground - it is also educational agenda."

Anuradha Mathur and Dilip da Cunha's lecture, titled What We Learn from Water, explores that "there are two waters in design." "The first is somewhere in flows and gatherings: in rivers, oceans, channels, pipes, reservoirs and lakes."

"The second water is everywhere, a ubiquitous wetness that does not necessarily flow. It precipitates, soaks, seeps, osmotes, and evaporates in ways that defy delineation."

"If the first water is in a crisis today with rising seas, melting glaciers, increasing floods, pollution, and scarcity, the second holds a way forward for design." 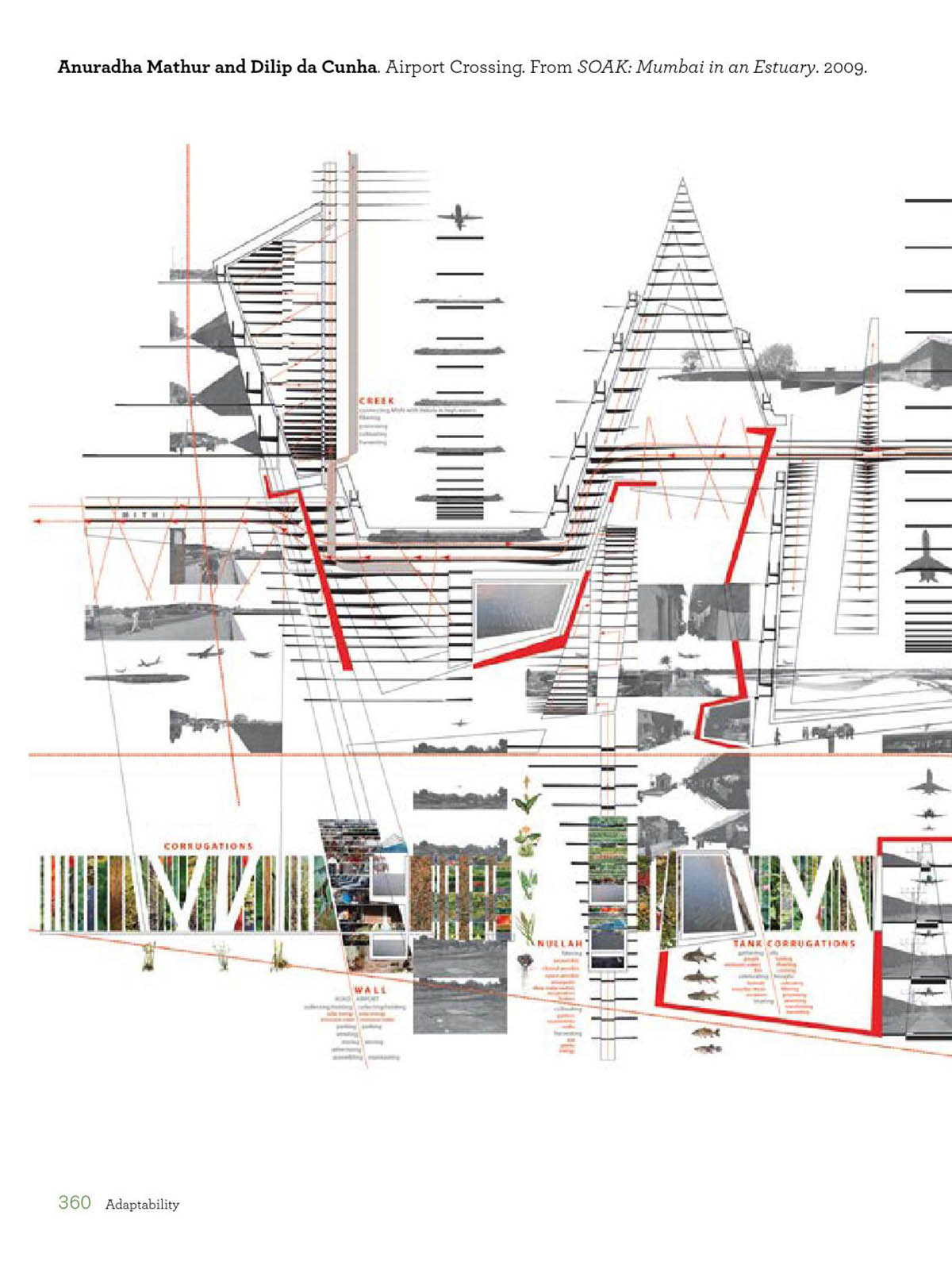 "Our work is really working between starting to understand rain from very basic principles that’s what we have to deal with," said Anuradha Mathur in her speech.

Anuradha Mathur an architect and landscape architect is Professor in the Department of Landscape Architecture at the School of Design, University of Pennsylvania in Philadelphia.

Her work is focused on how water is visualized and engaged in ways that lead to conditions of its excess and scarcity, but also opportunities that its ubiquity offers for new visualizations of terrain, and resilience through design. 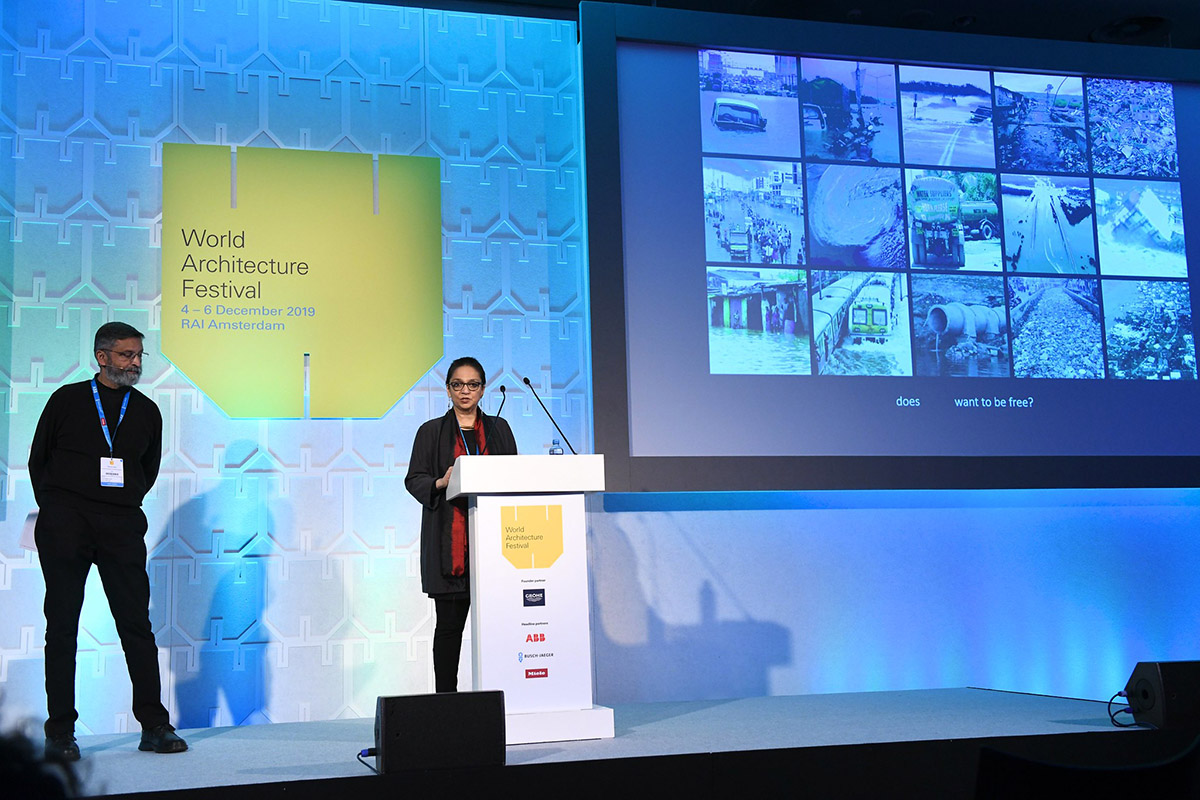 This focus has guided her collaborative research, practice, and teaching with her partner Dilip da Cunha in diverse cultural milieus such as Mumbai, Jerusalem, Bangalore, the Western Ghats of India, Sundarbans, Coastal Virginia, US–Mexico border, and the desert of Rajasthan.

She is author with Dilip da Cunha of Mississippi Floods: Designing a Shifting Landscape (2001), Deccan Traverses: the Making of Bangalore’s Terrain (2006) and Soak: Mumbai in an Estuary (2009), and co-editor of Design in the Terrain of Water (2014).

An analysis from the works of Anuradha Mathur and Dilip da Cunha. Image courtesy of Mathur / da Cunha

Dilip da Cunha is an architect and planner based in Philadelphia and Bangalore. He is co-director of the Risk and Resilience program at the Graduate School of Design, Harvard University, and Adjunct Professor at the GSAPP, Columbia University.

He is author with Anuradha Mathur of Mississippi Floods: Designing a Shifting Landscape (2001); Deccan Traverses: The Making of Bangalore’s Terrain (2006); Soak: Mumbai in an Estuary (2009); and co-editor of Design in the Terrain of Water (2014).

His most recent book, The Invention of Rivers: Alexander’s Eye and Ganga’s Descent, (University of Pennsylvania Press 2019) draws attention to rivers as a consequence of one of the most fundamental acts in the design of human habitation, namely, the separation of land from water. 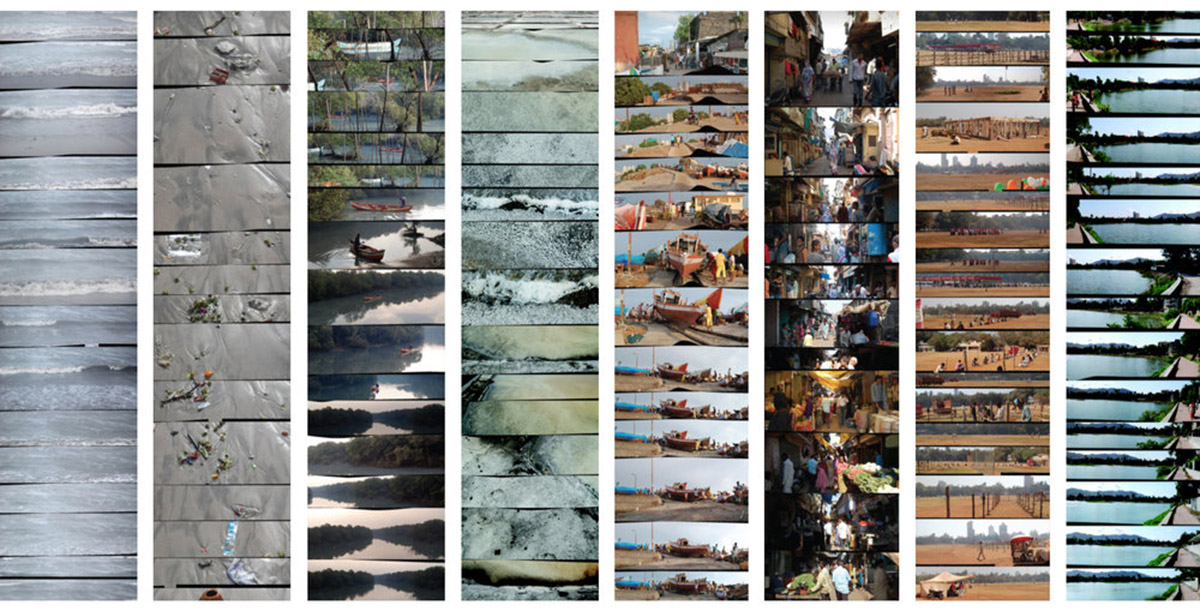 Soak: In the second section of Soak the architects draw out landscapes that survive beyond the delineating eye of the surveyor and pervasive colonial descriptions, both appreciative and critical, that begin by seeing Mumbai’s terrain divided into objects in geographic space. Image courtesy of Mathur / da Cunha