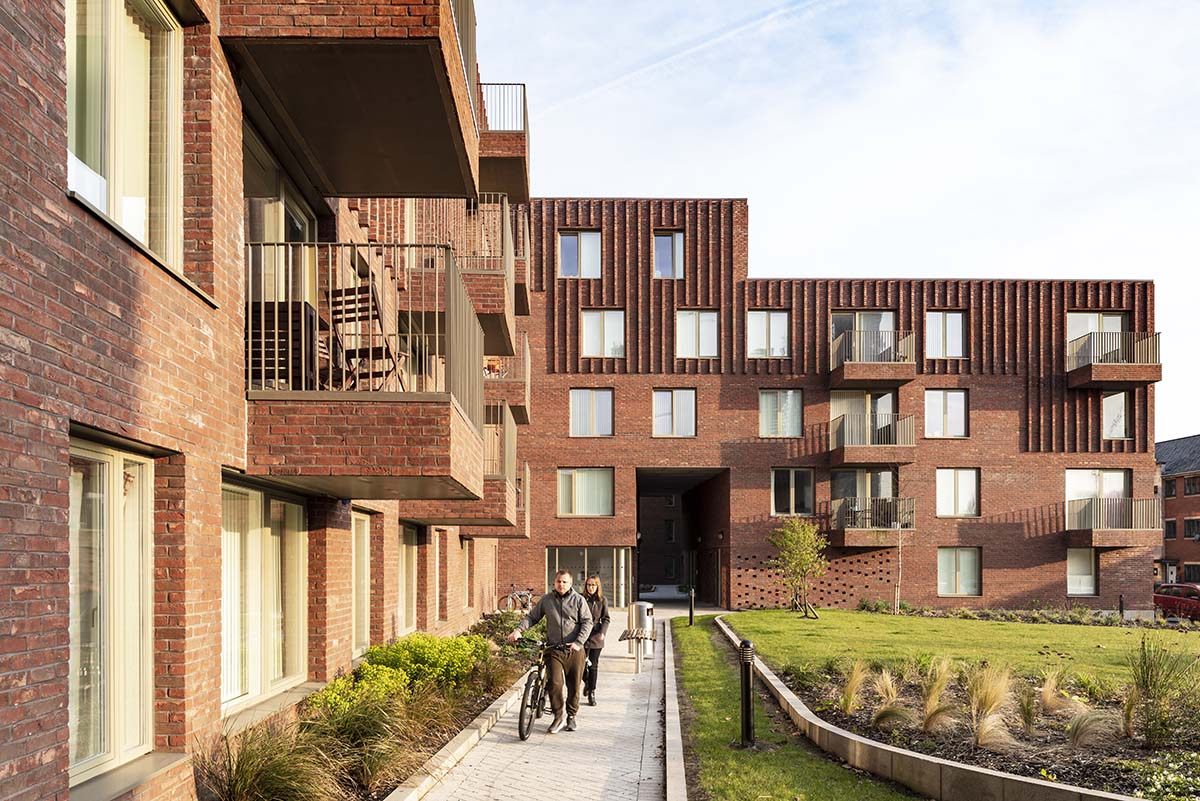 Mecanoo formed an s-shaped layout in a single mass, creating semi-public garden spaces and internal squares to maintain the human scale, accessibility and the character of the site as it was. 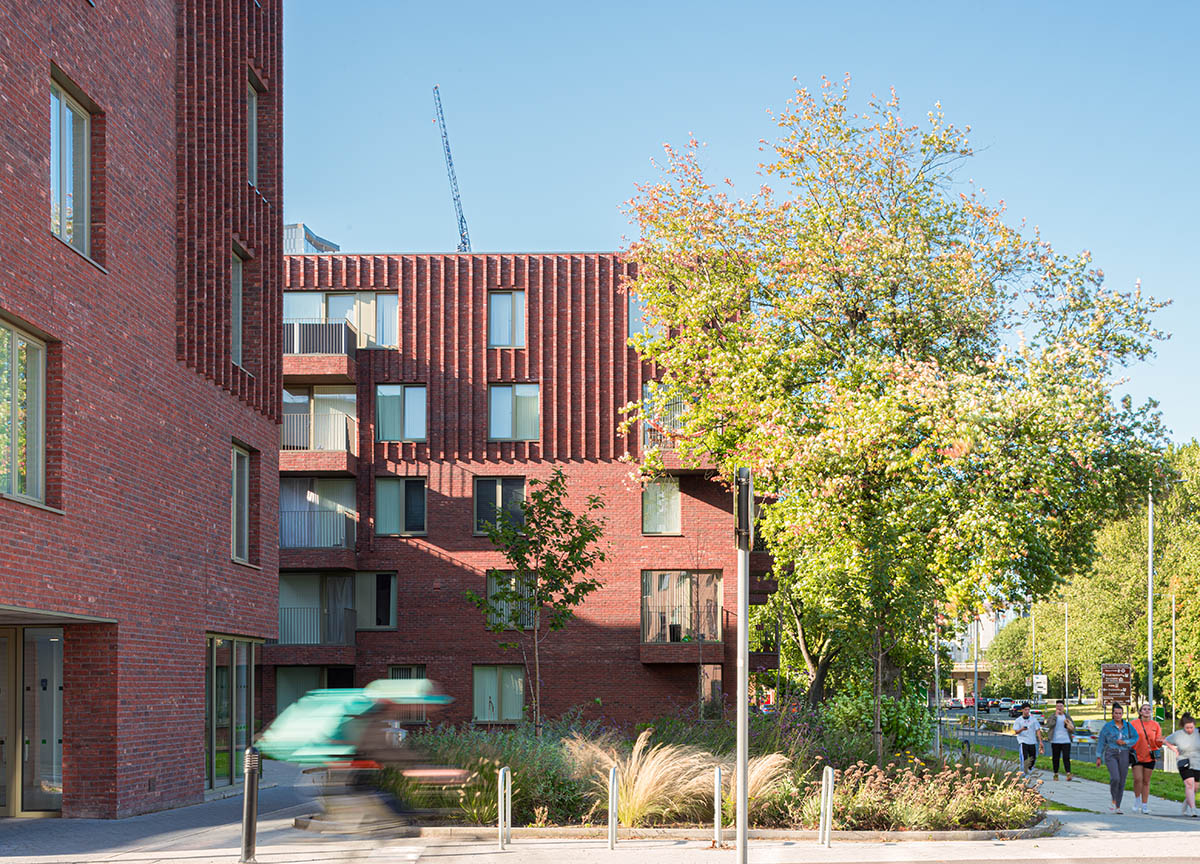 The area around Leaf Street in Hulme, just outside Manchester city centre, has a history of urban renewal. The typical Victorian terraced houses were demolished after World War II to make room for the infamous Hulme Crescents, the largest social housing project in the United Kingdom at the time.

In the 1990s, the ‘Crescents’ were demolished and a large part of the neighbourhood redeveloped. Hulme Living on Leaf Street is a fourth generation urban renewal housing development that combines apartments and single-family homes in one building mass. 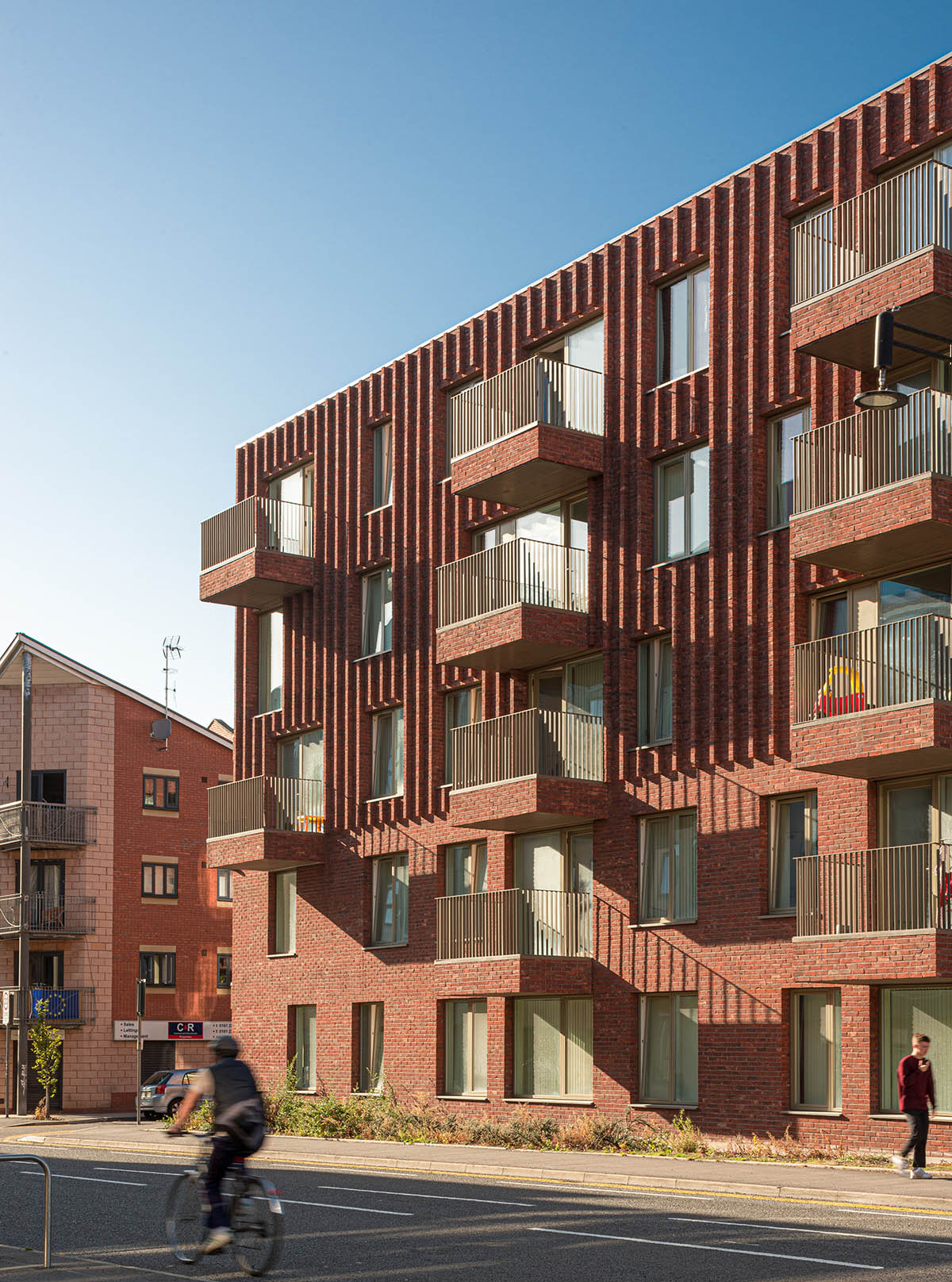 "Affordable housing was an extremely important statement of myself back in the 80’s when we started Mecanoo; that affordable housing should also be beautiful and pleasant to live in," said Francine Houben, founder of Mecanoo.

"Though we changed our focus and mapped many other typologies over the years, affordable housing was and still is as relevant as before."

"The present and the future is still about urban renewal. It’s the responsibility of the architect to address to the needs in society," added Houben. 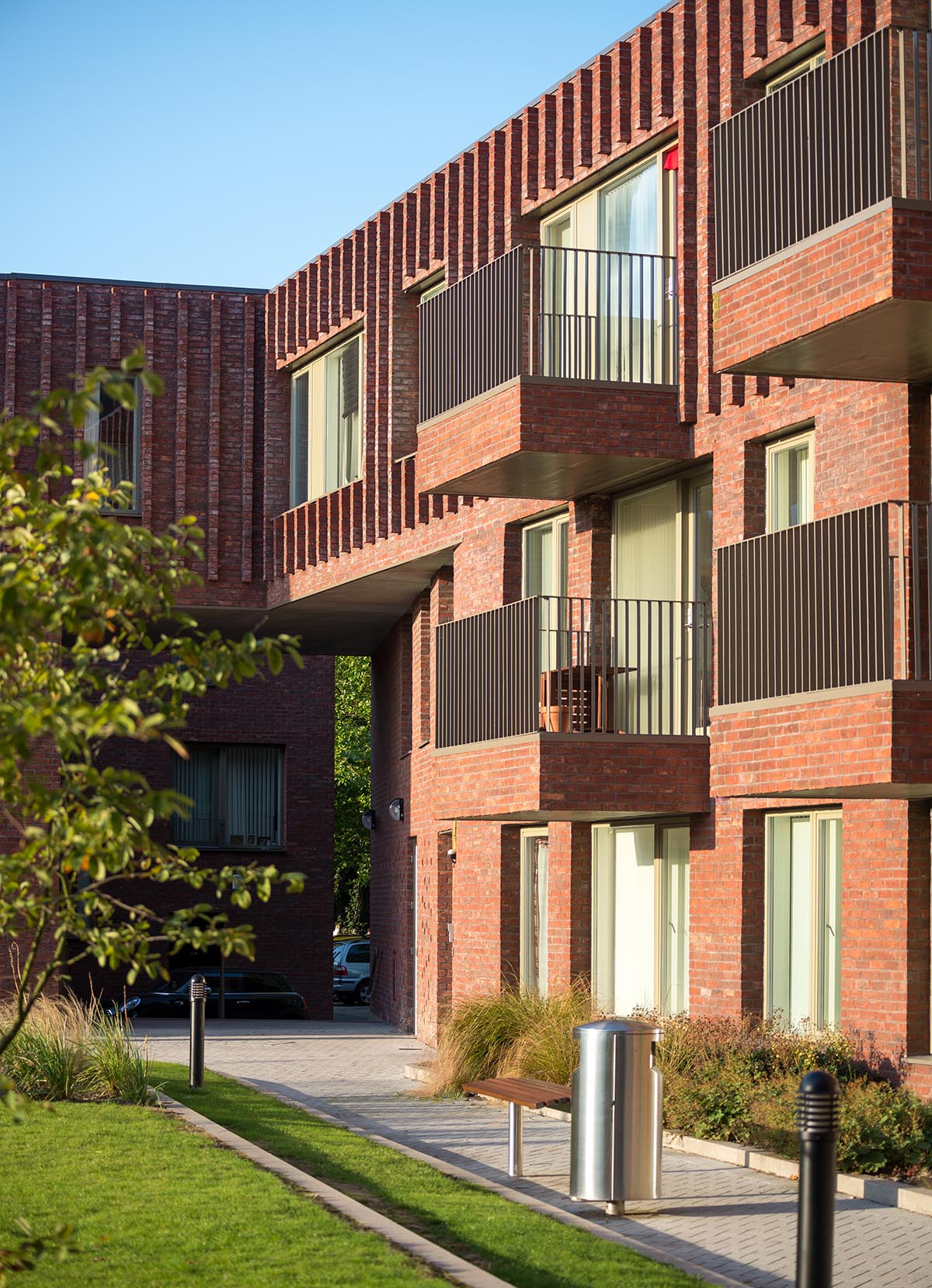 On the south-eastern side, the plot borders the main access road to the neighbourhood and other buildings from Manchester Metropolitan University. Appropriate to this scale, the residential complex extends to five levels of apartments. The compact building volume meanders across the plot and gradually decreases in scale to the north.

The three-storey family houses on this side of the development are on par with the adjacent 1930s dwellings. The brick building acts as a connecting element between the various structures bordering the plot. 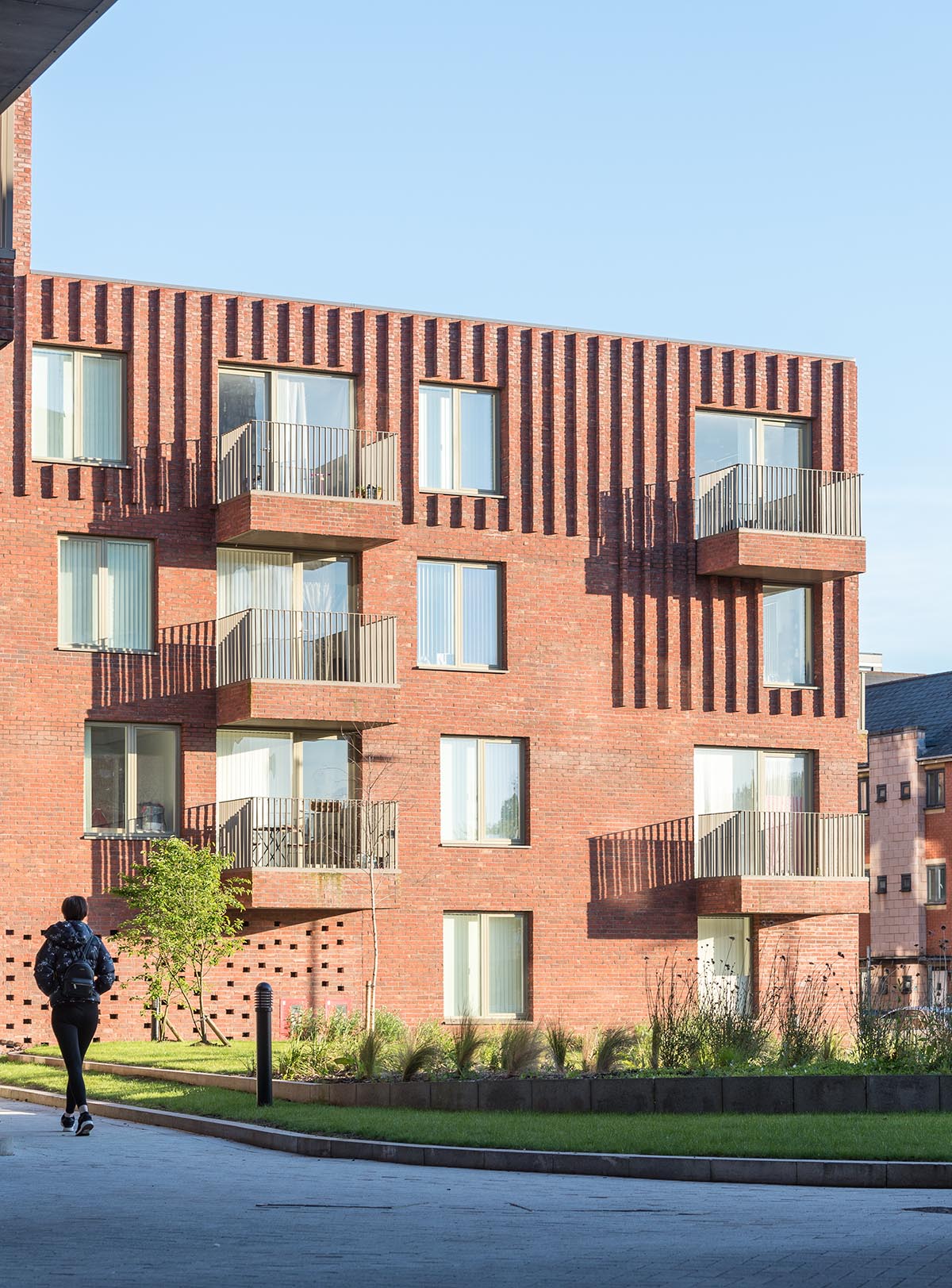 The S-shape of the building creates two semi-enclosed public green spaces. The entrance court is turned to the Hulme Arch Bridge and has the character of a garden square. Facing Leaf Street is a park area where children can play.

The public spaces are connected to each other via large gates in the building volume, which also mark the entrances to the apartments. 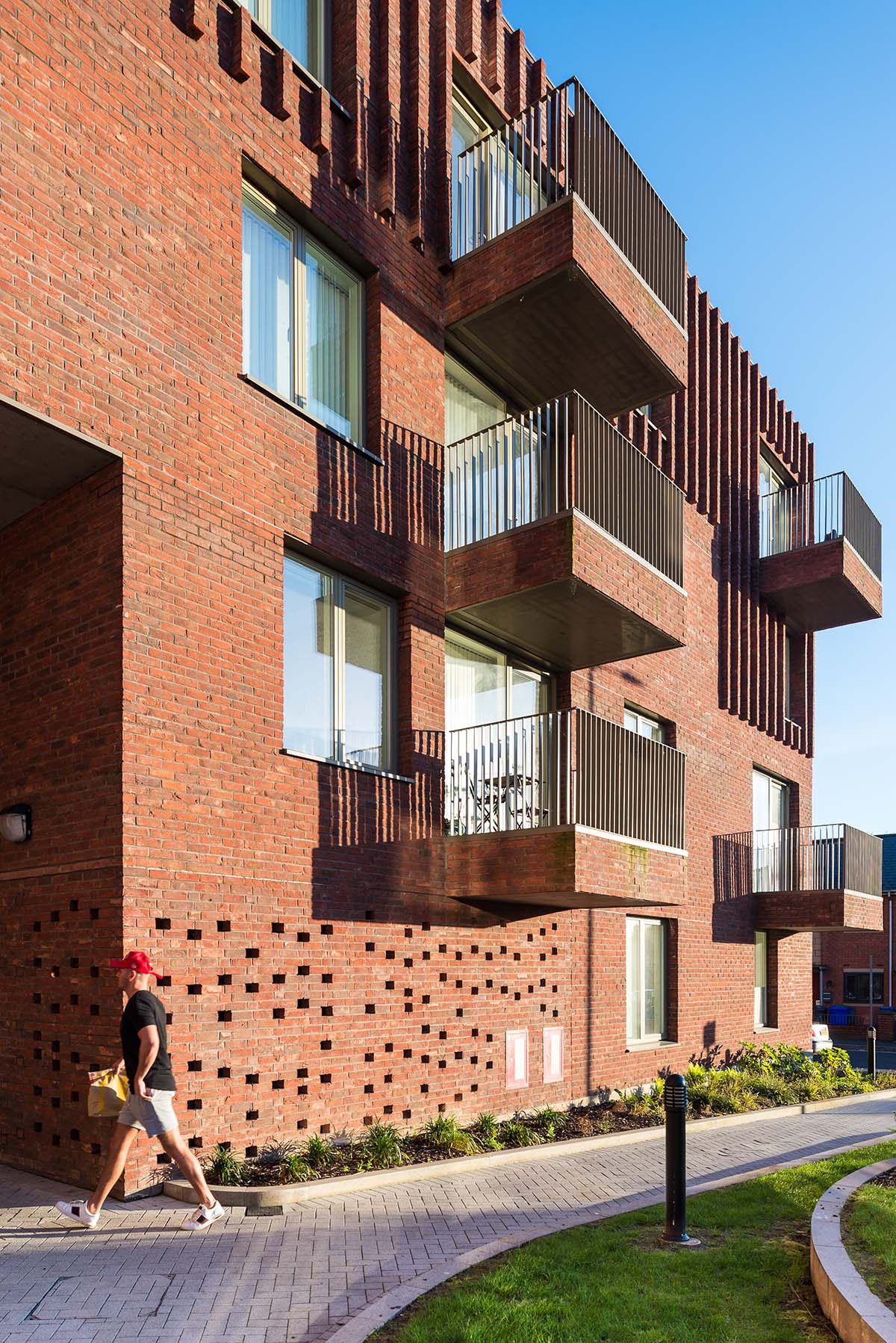 Many existing trees on the plot were preserved by the elegant shape of the complex. A wide variety of vegetation ensures that residents can experience all different seasons.

Cycling paths and footpaths across the plot are connected to the existing infrastructure and informal walkways. This way, the building complex and its surrounding public space form one unified urban plan. 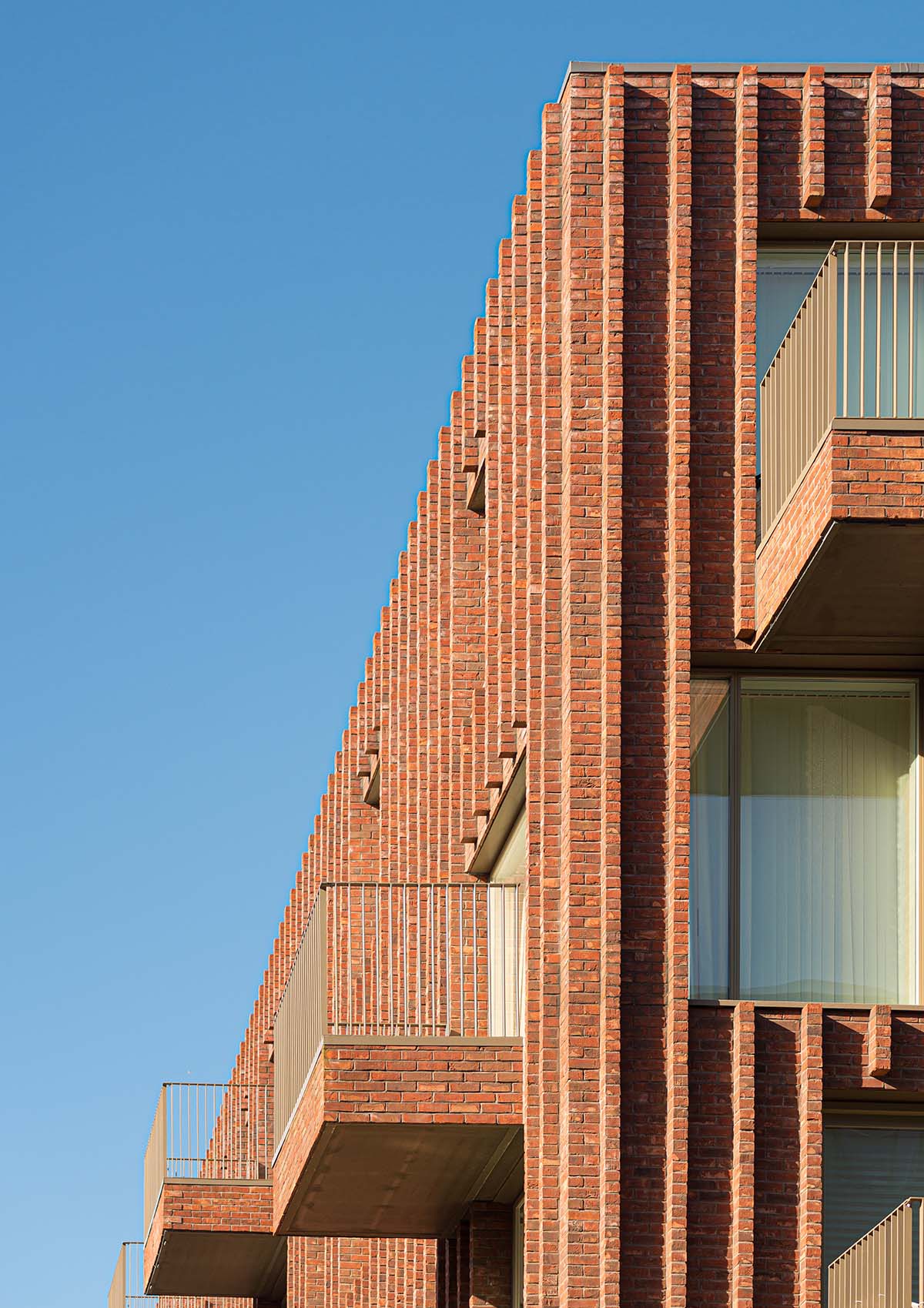 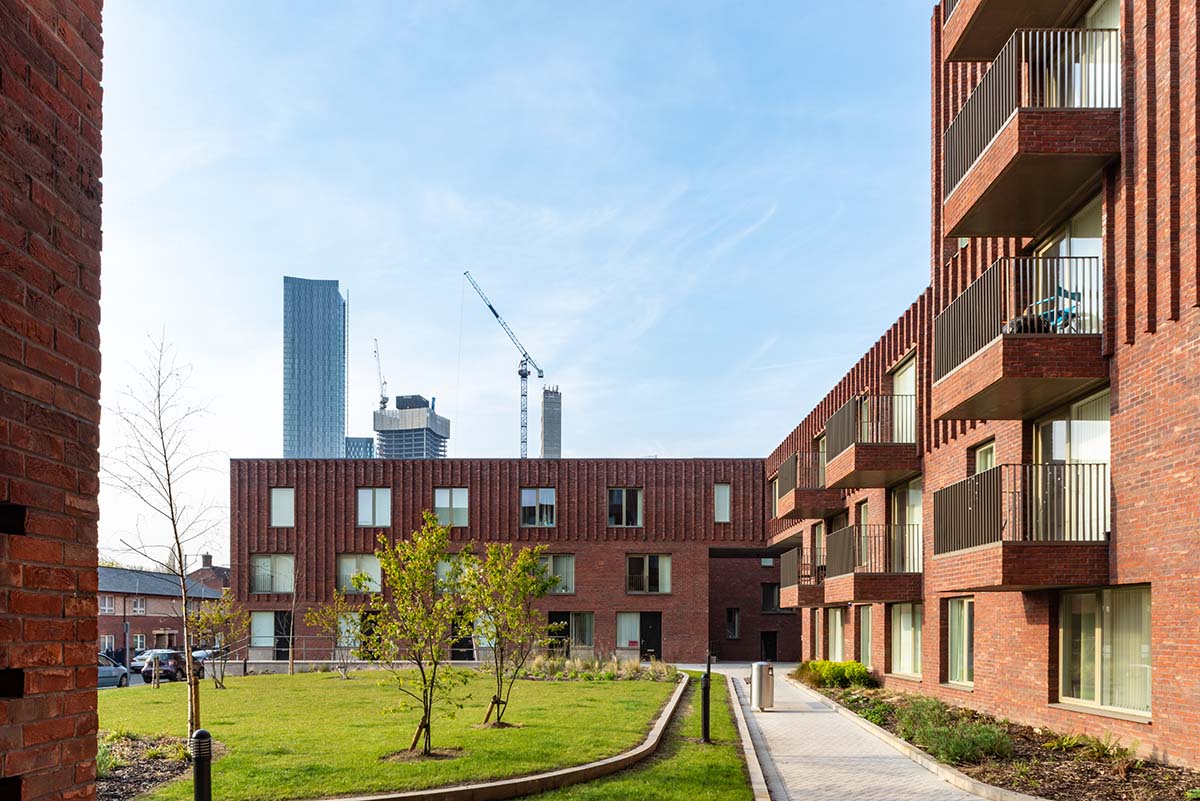 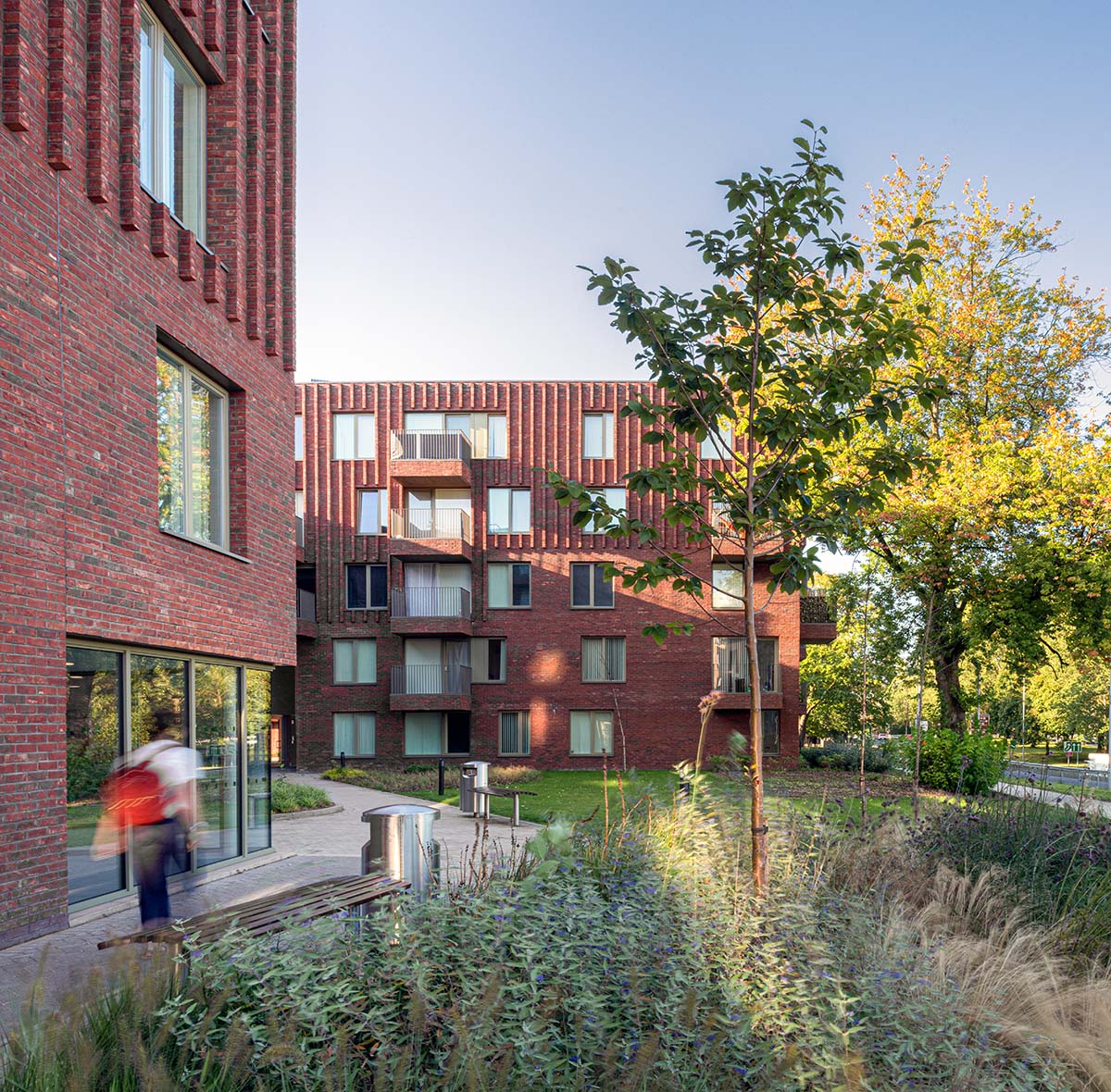 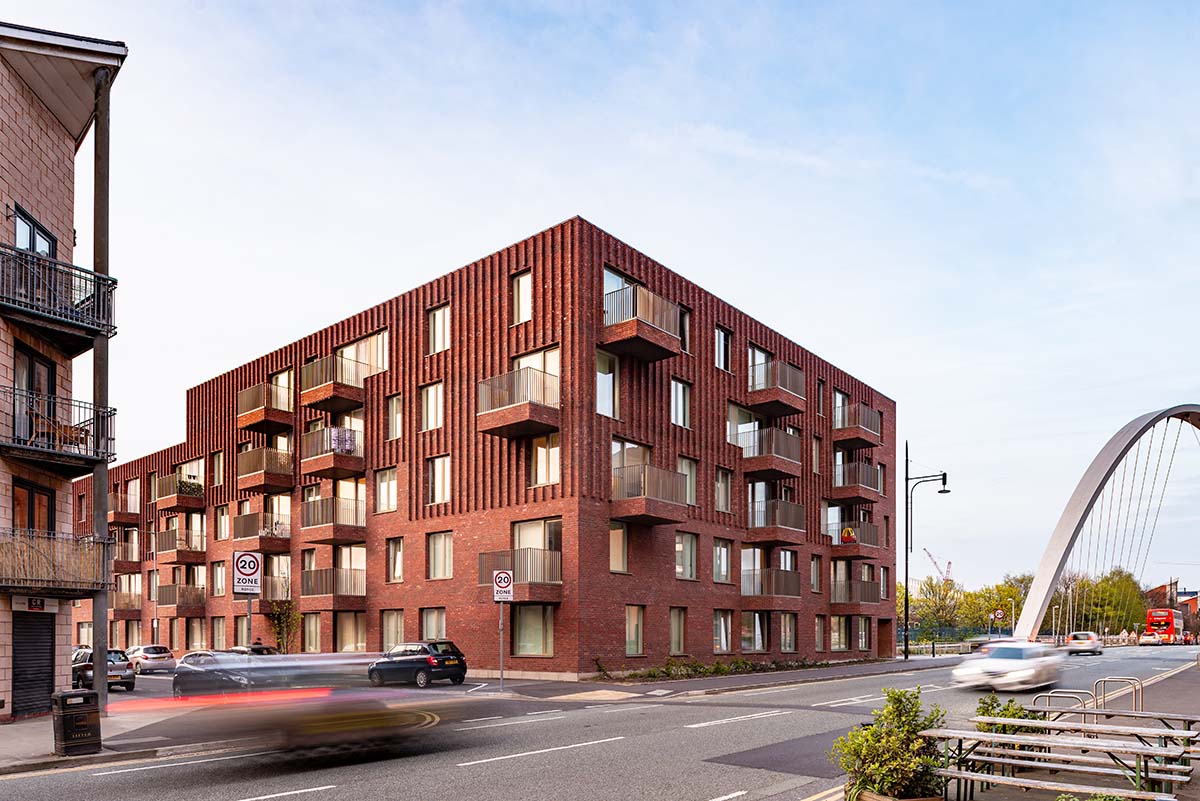 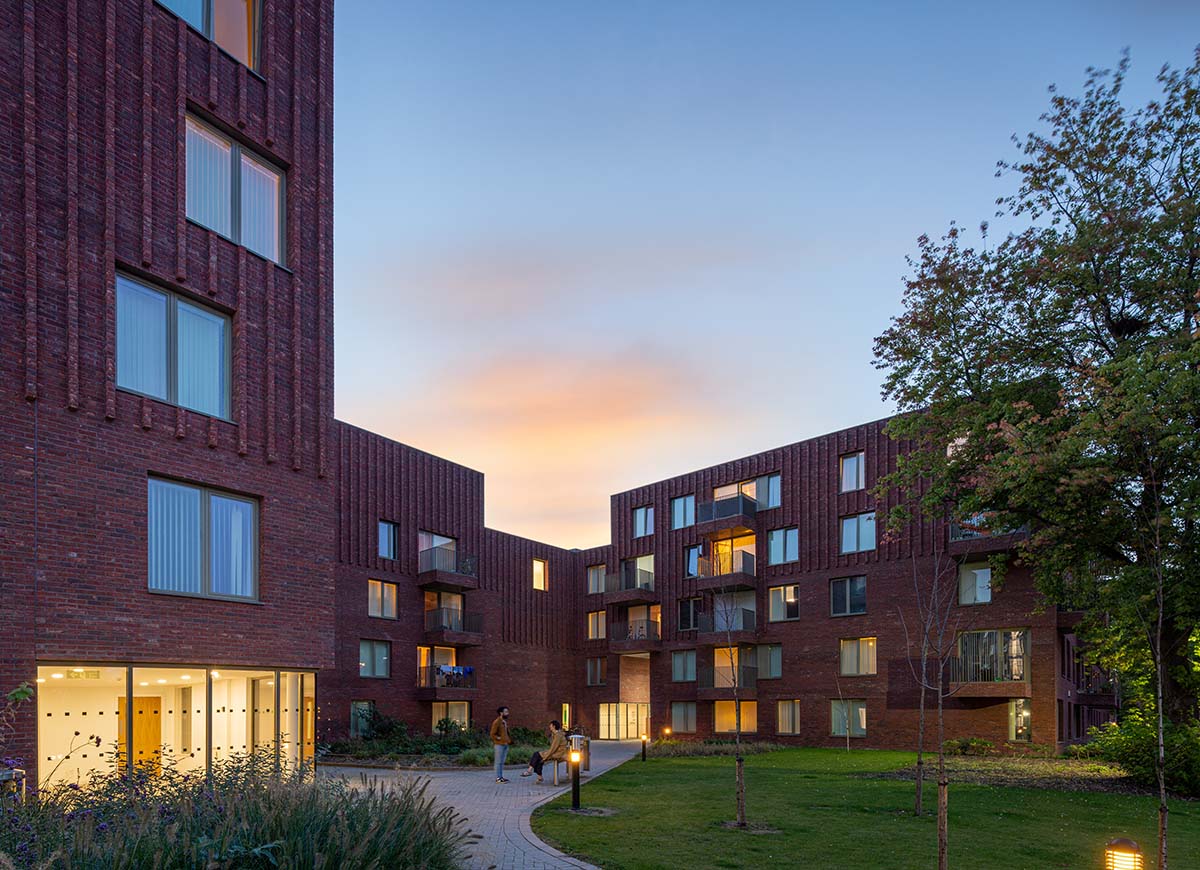 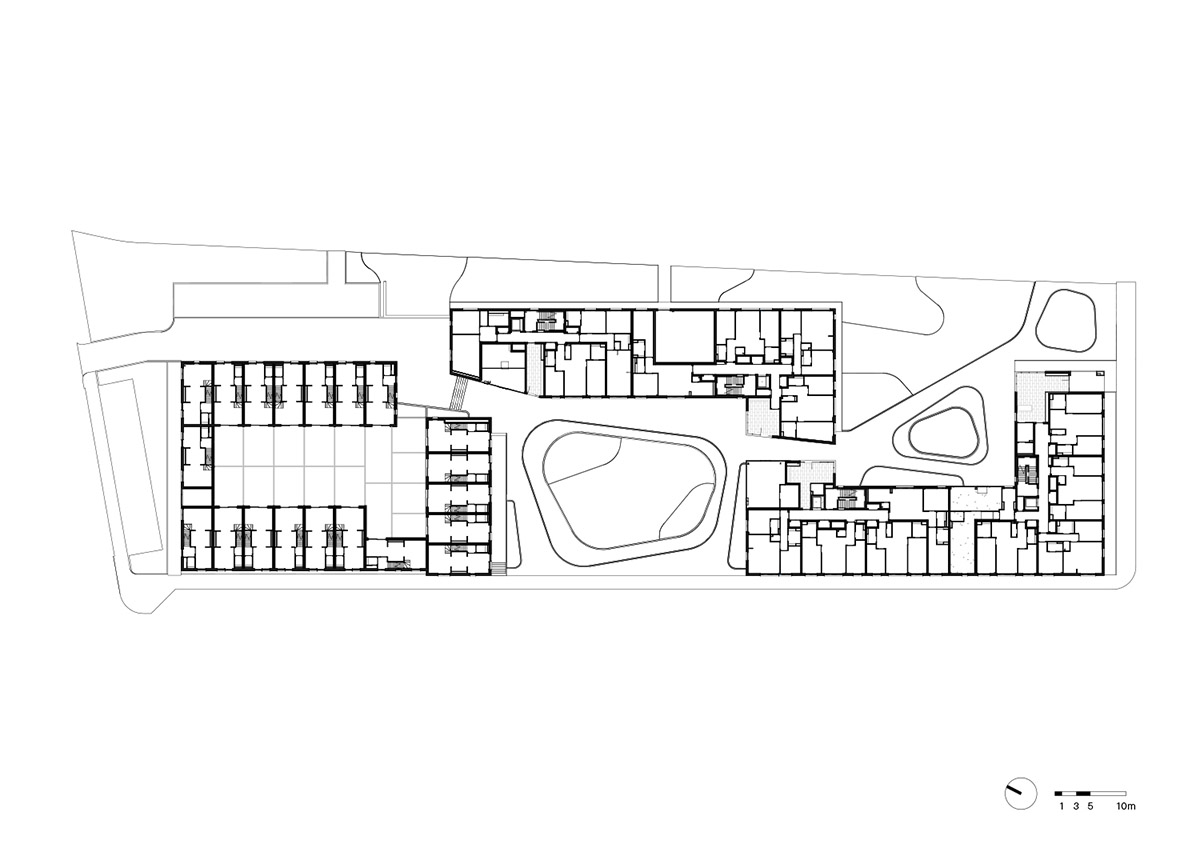 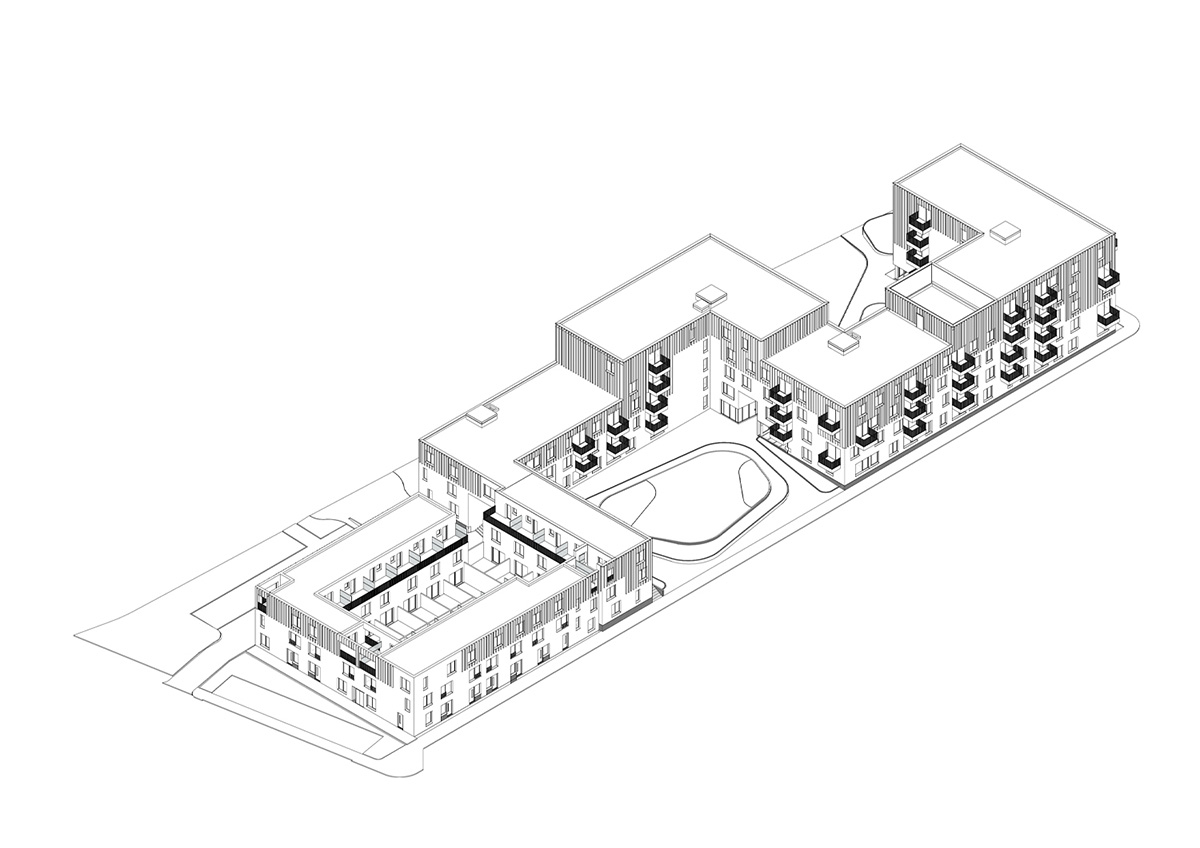 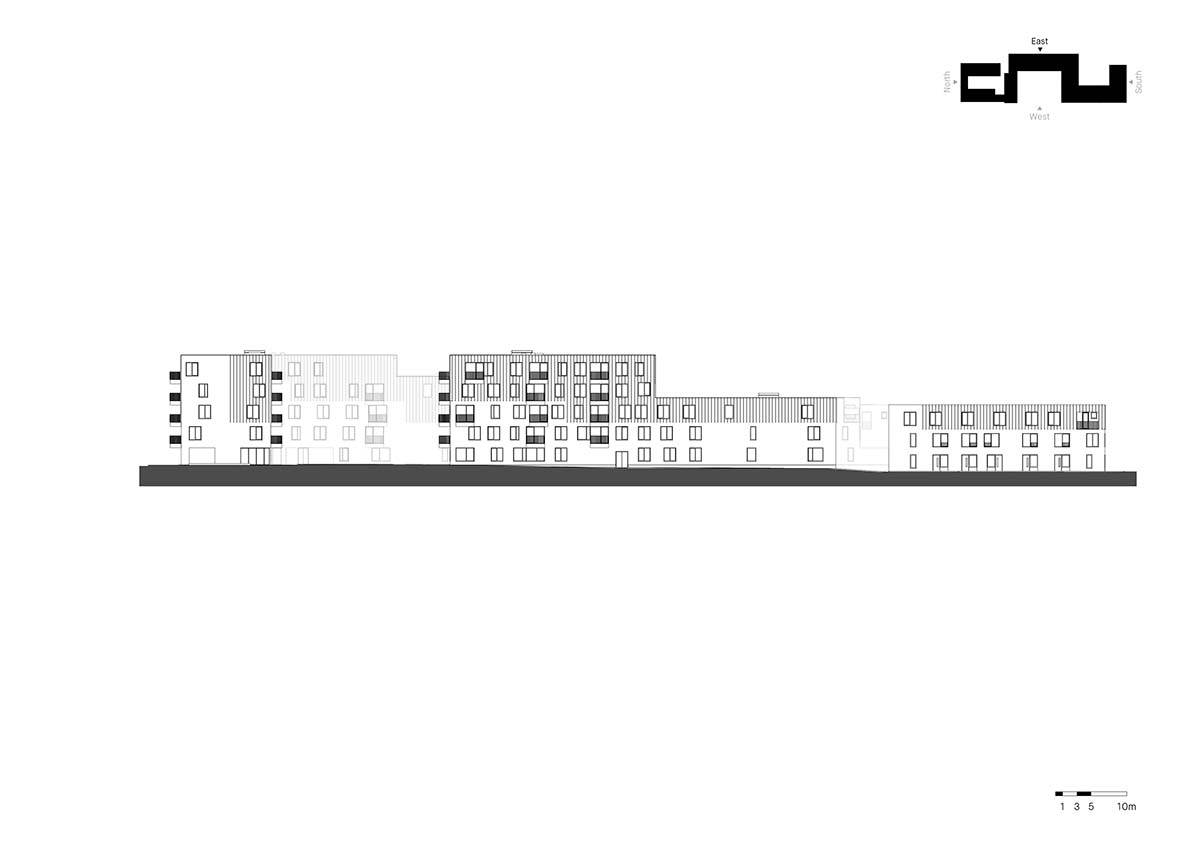 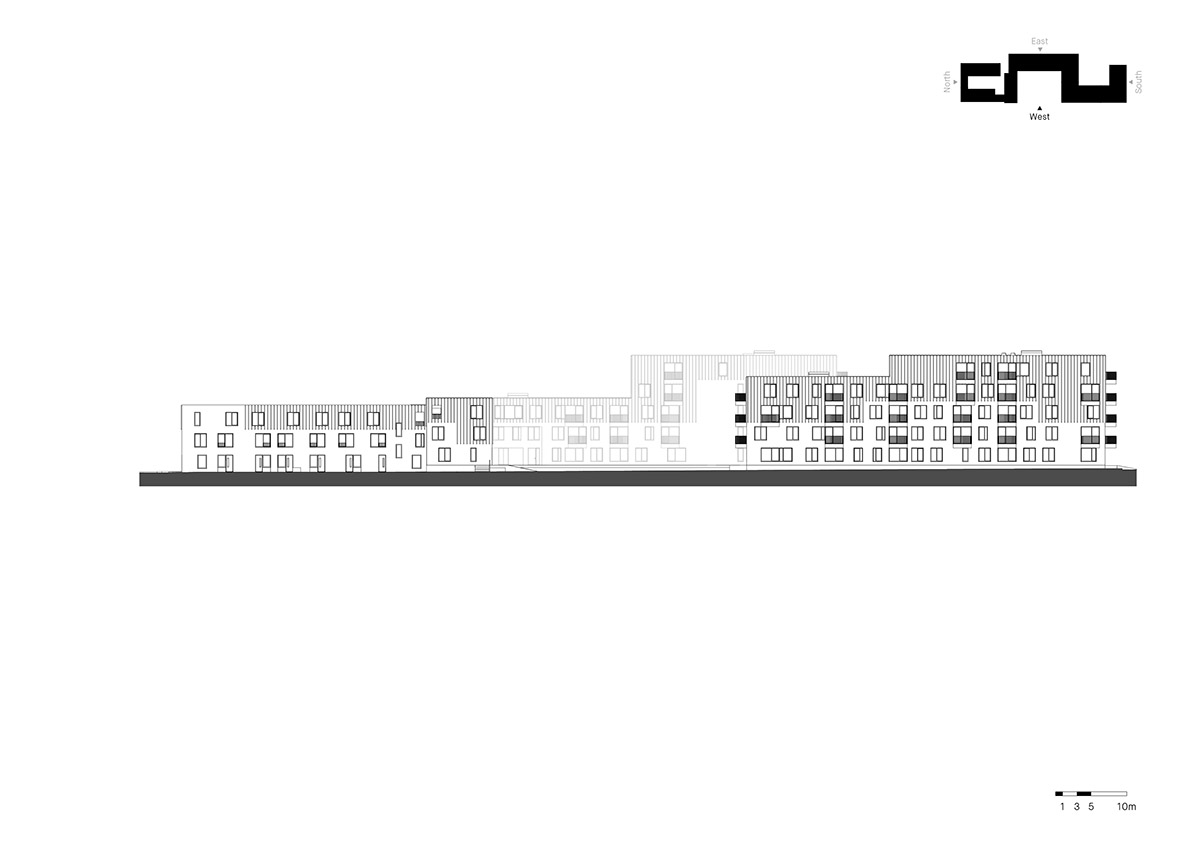 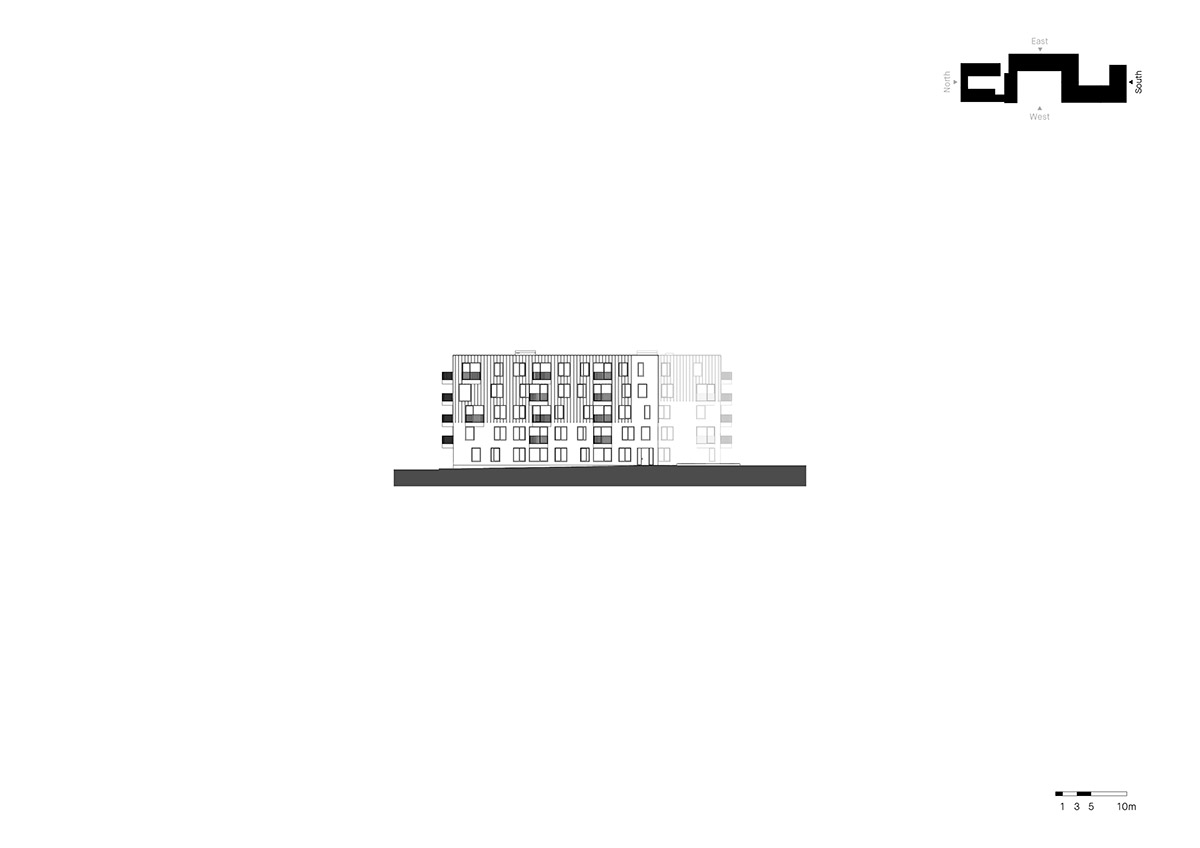 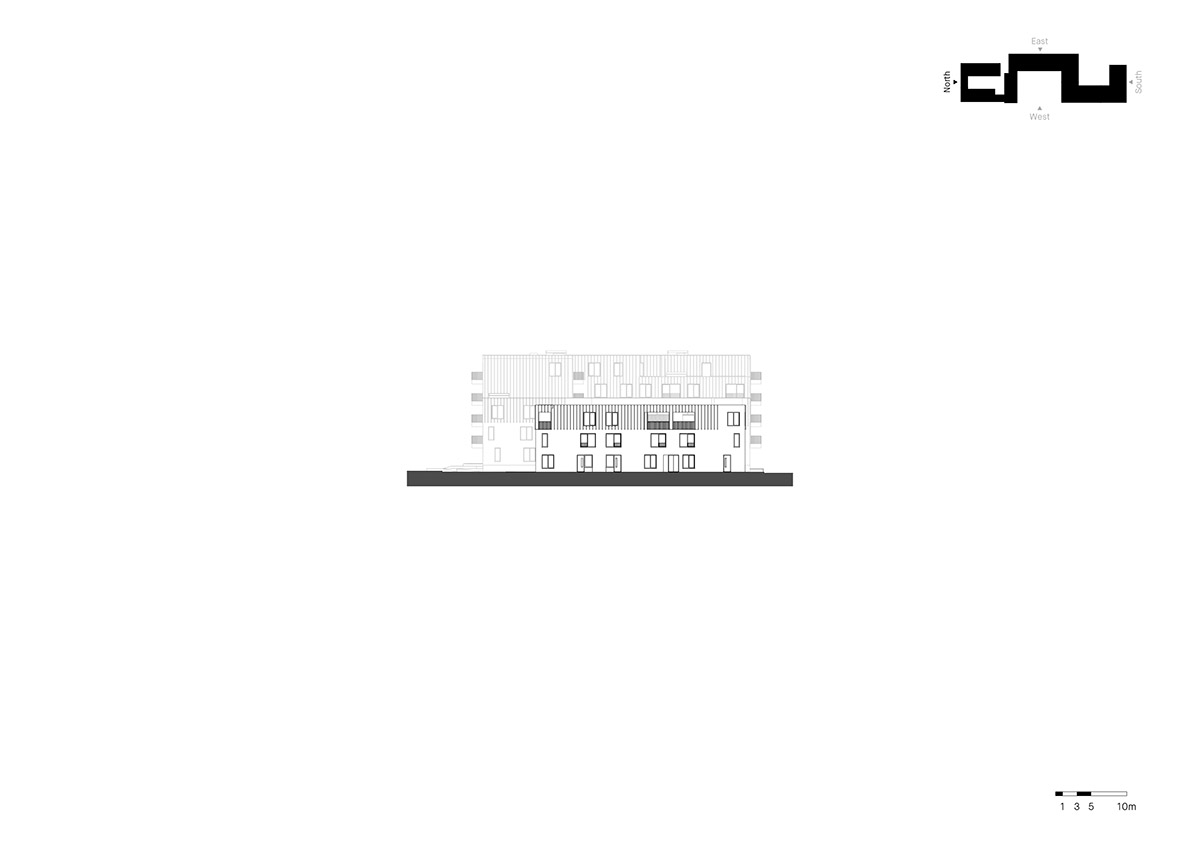