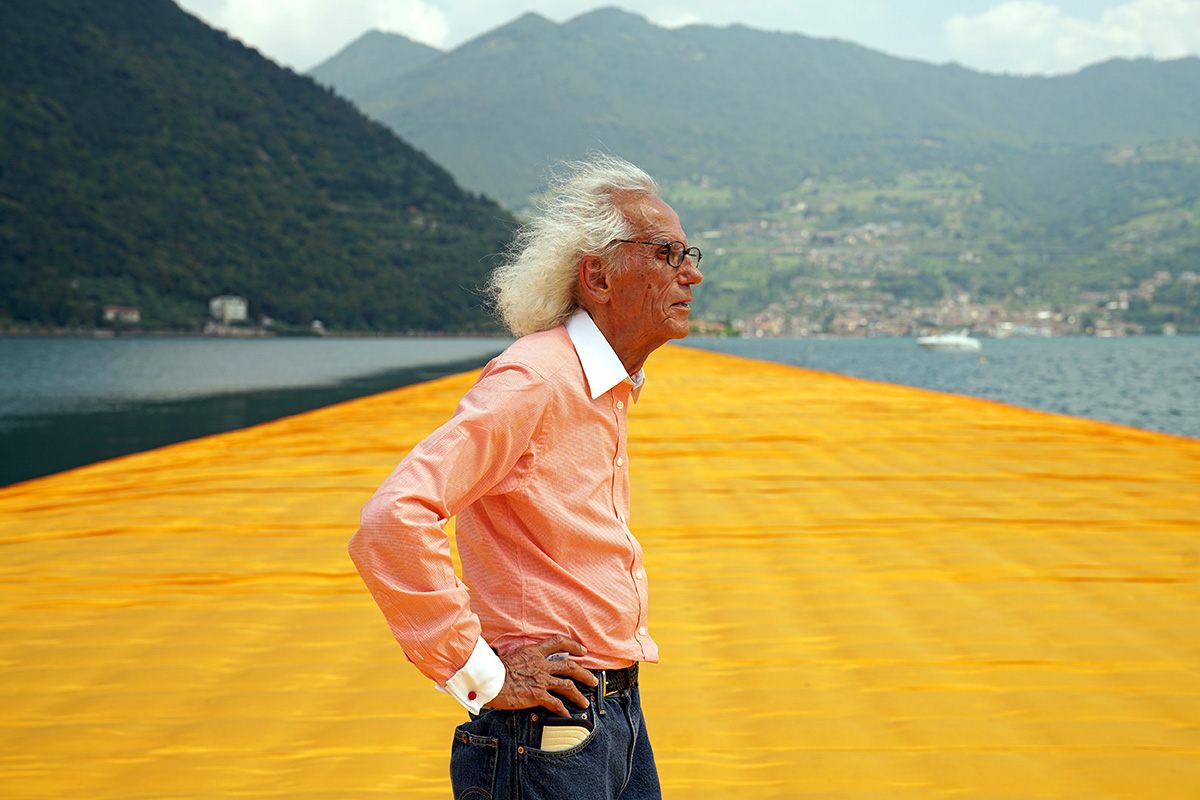 Acclaimed Bulgarian artist and environmental sculptor Christo Vladimirov Javacheff, known as Christo, has passed away of natural causes on May 31 in his New York apartment. He was 84 years old. The sad news has been posted on the artist's official website.

Christo was known for wrapping buildings for his monumental outdoor large-scale installations, including the Reichstag in Berlin, the Pont-Neuf in Paris, Running Fence in California, and The Gates in New York City's Central Park. 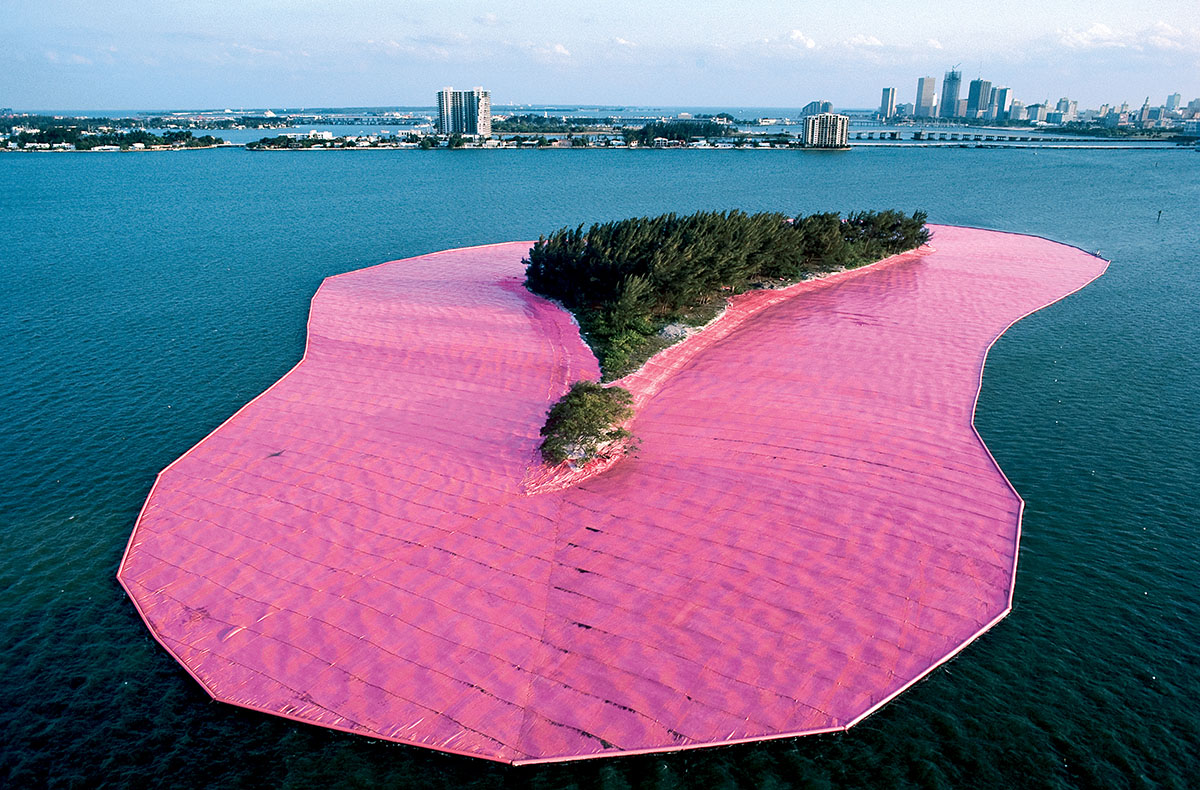 "Christo lived his life to the fullest, not only dreaming up what seemed impossible but realizing it," stated Christo's office.

"Christo and Jeanne-Claude's artwork brought people together in shared experiences across the globe, and their work lives on in our hearts and memories."

"Christo and Jeanne-Claude have always made clear that their artworks in progress be continued after their deaths." Per Christo’s wishes, 'L'Arc de Triomphe, Wrapped' in Paris, France, is still on track for September 18 – October 3, 2021," added his office. 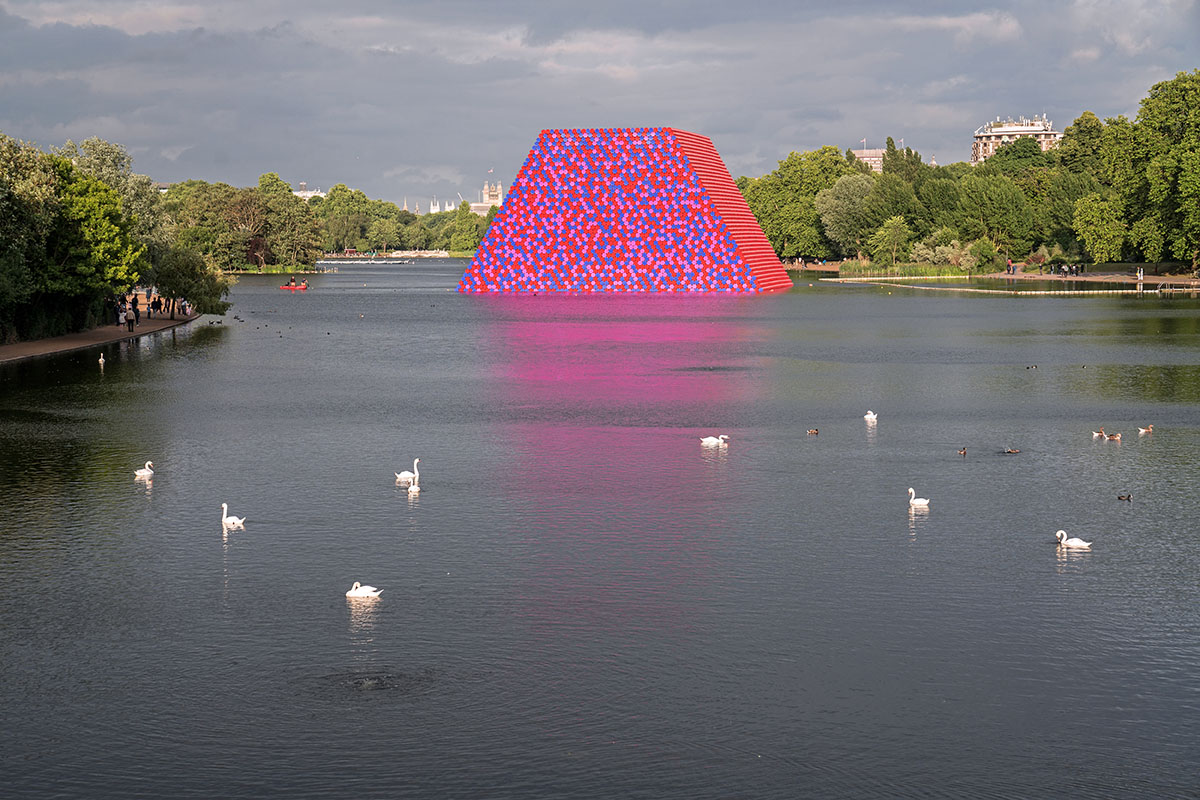 The London Mastaba consisted of 7,506 horizontally stacked barrels on a floating platform in the Serpentine Lake, which was made of interlocking high-density polyethylene (HDPE) cubes and was held in place with 32 6-tonne anchors. Image © Wolfgang Volz

Christo created his monumental artworks with his wife Jeanne-Claude under the name of "Christo and Jeanne-Claude" in the 1960s.

Christo was born on June 13, 1935 in Gabrovo, Bulgaria. He left Bulgaria in 1957, first to Prague, Czechoslovakia, and then escaped to Vienna, Austria, then moved to Geneva, Switzerland.

In 1958, Christo went to Paris, where he met Jeanne-Claude Denat de Guillebon, not only his wife but life partner in the creation of monumental environmental works of art. Jeanne-Claude passed away on November 18, 2009. Christo lived in New York City for 56 years.

In a 1958 letter Christo wrote, "Beauty, science and art will always triumph. We hold those words closely today."

Christo designed a playful temporary floating platform in the Serpentine Lake of London, in collaboration with the Serpentine Galleries in 2018. The Floating Piers, a 3-kilometer-long walkway extending across the water of Lake Iseo of Italy was installed in 2016 by Christo - his work later stirred a controversy by Italian consumers.

Their works' influence, from early wrapped objects to monumental outdoor projects, transcended the traditional bounds of painting, sculpture and architecture.

Additionally, a major exhibition at the Centre Georges Pompidou about Christo and Jeanne-Claude's work and time in Paris will be on view this year, from July 1–October 19, 2020.

> via Christo and Jeanne-Claude