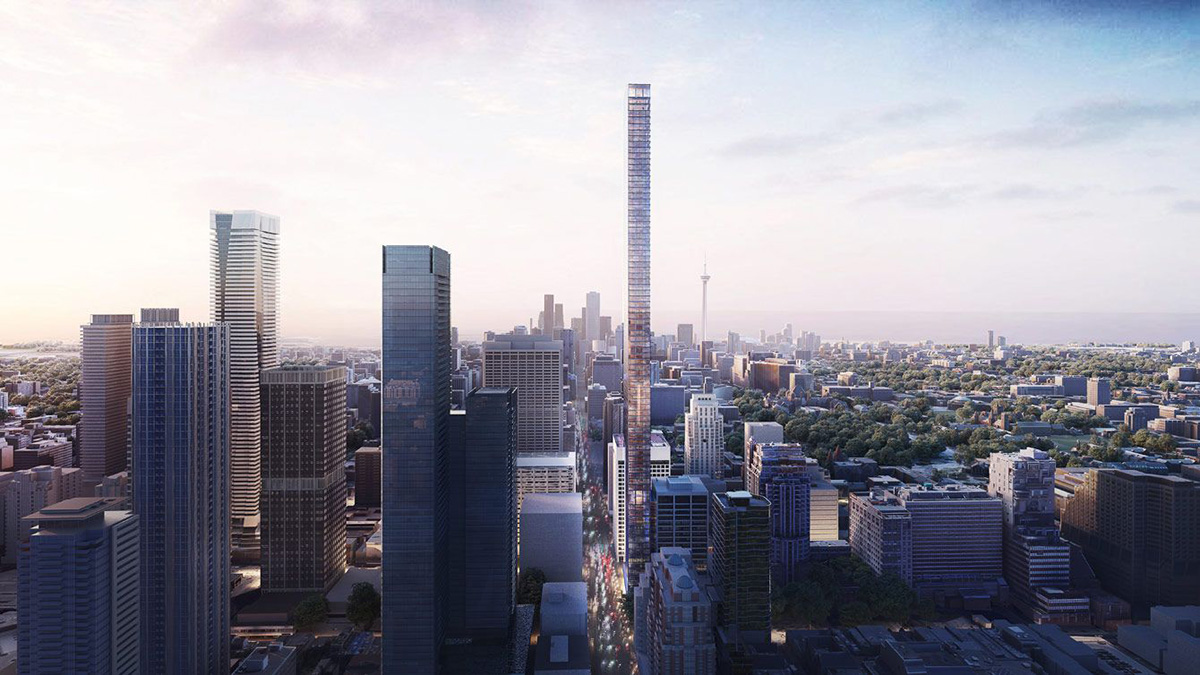 Herzog & de Meuron and Toronto-based architecture studio Quadrangle have unveiled design for a slender mixed-use skyscraper which will be added to Toronto's skyline.

Located at the corner of Bay and Bloor, the 87-storey skyscraper, named 1200 Bay Street, will be the first project of Herzog & de Meuron in Toronto.

Commissioned by Kroonenberg Group and Pro Winko, the new skyscrape is situated at a prominent intersection of the city, part of a vibrant shopping area and at the centre of a new cluster of high-rise developments.

"Bloor Street has played a significant role in the identity and organization of the city. It is a major east-west axis which defines the northern edge of the downtown core and hosts one of the best-known shopping areas in Toronto," reads a press statement.

"Its intersection with Bay Street – the location of this project – is a strategic site within the city and at the heart of a new cluster of buildings.

"The tower defines the northern edge of the downtown area and provides a landmark in the urban grid. It is a very direct response to the site and the city around it," said Herzog & de Meuron. 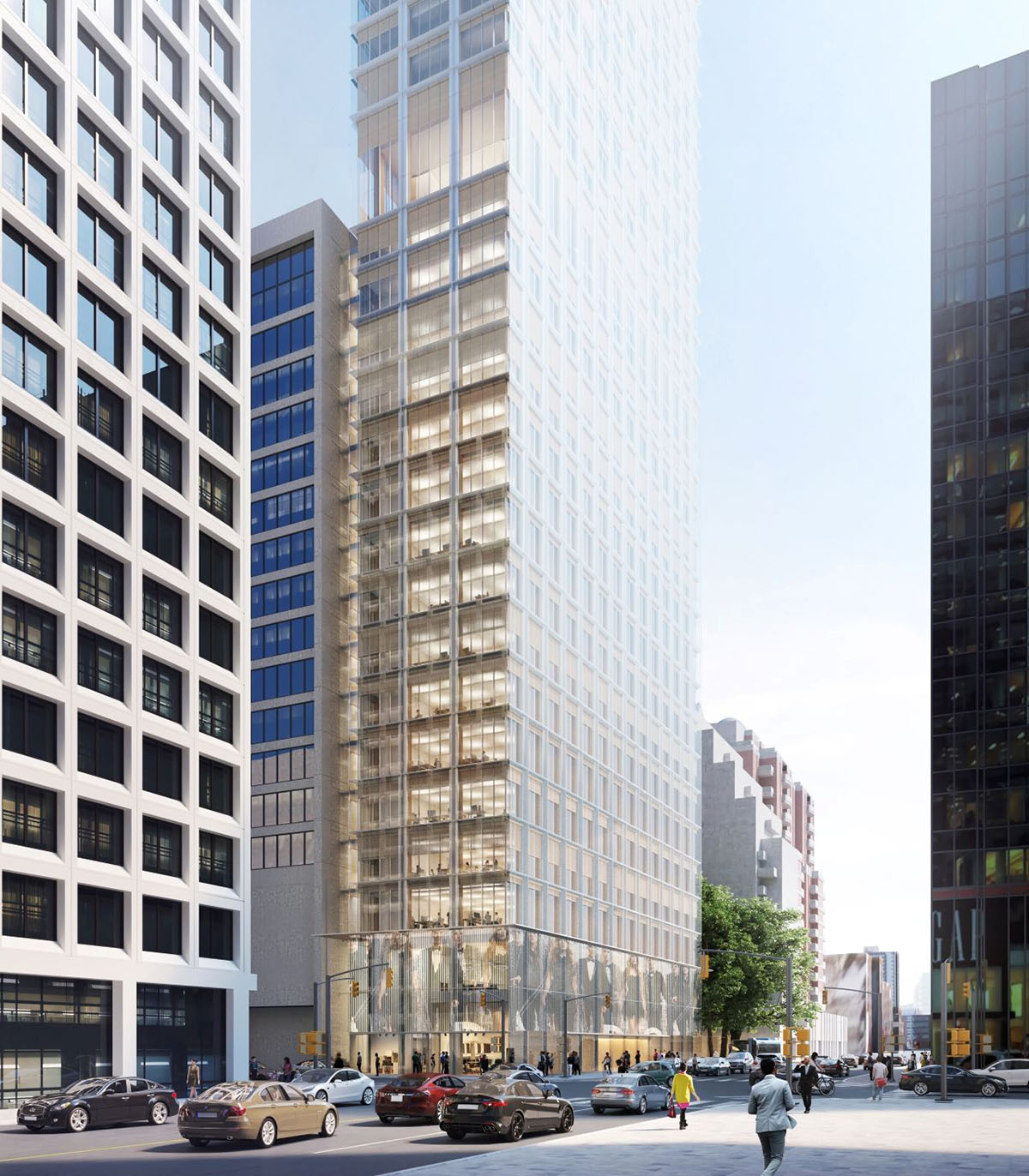 With a 3:1 ratio in the north-south orientation, the architects uses a simple extrusion of the site footprint rising 87 storeys, resulting in an elegant, well-proportioned tower volume.

Featuring a linear core at the western façade, the core is proposed to maximize the usable area of the floorplate, the aspect over Bay Street to the east, and simultaneously provides privacy from any adjacent development to the west.

The team's design scheme provides diversity in the proposed program is an important component of the building’s approach to sustainability and enhancing the vibrancy of the local community.

The first 16 floors will replace the existing retail, office and technical functions. A private amenities level will separate these functions from the condominium levels above, which are characterized by generous daylight through the floor-to-ceiling operable windows which provide natural ventilation. 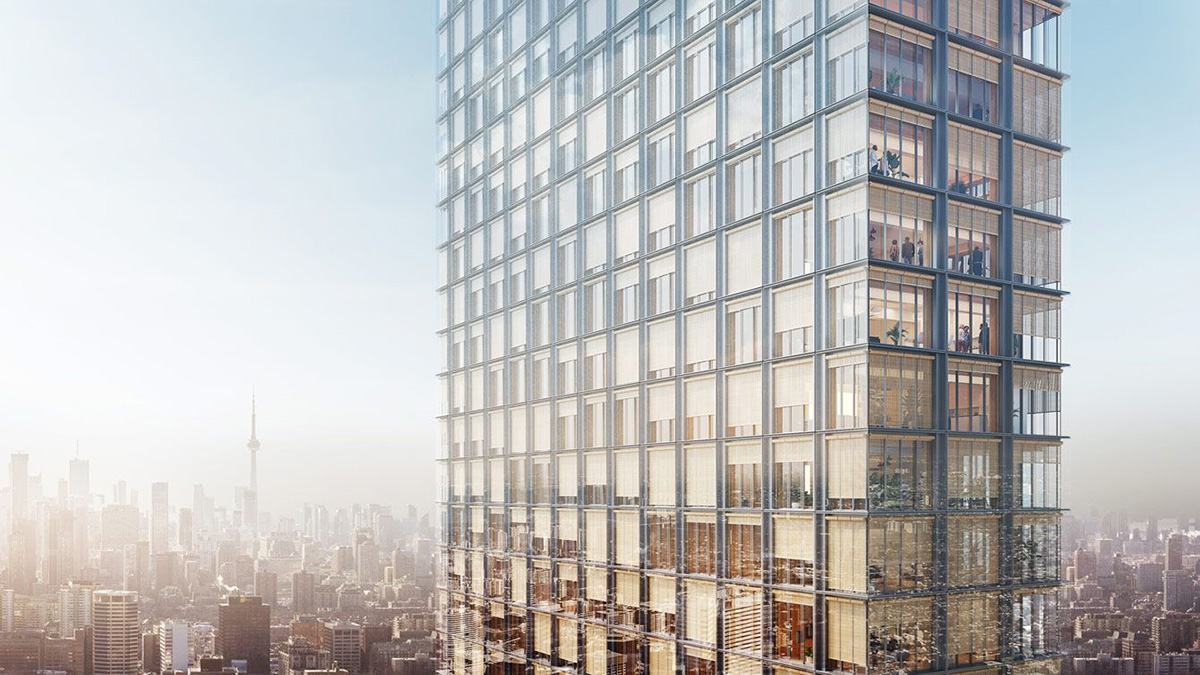 Additionally, external shutters allow each individual user to regulate the daylight and heat load into the apartment. A large restaurant, sky lounge and rentable spaces occupy the highest three floors of the building with spectacular panoramic views over the city of Toronto.

The effect is a building which at times appears transparent and expressive – revealing the scale and activity within the building; and at other times, the reflective outer layer of glass gives the building an abstract quality, emphasizing its dramatic proportion. 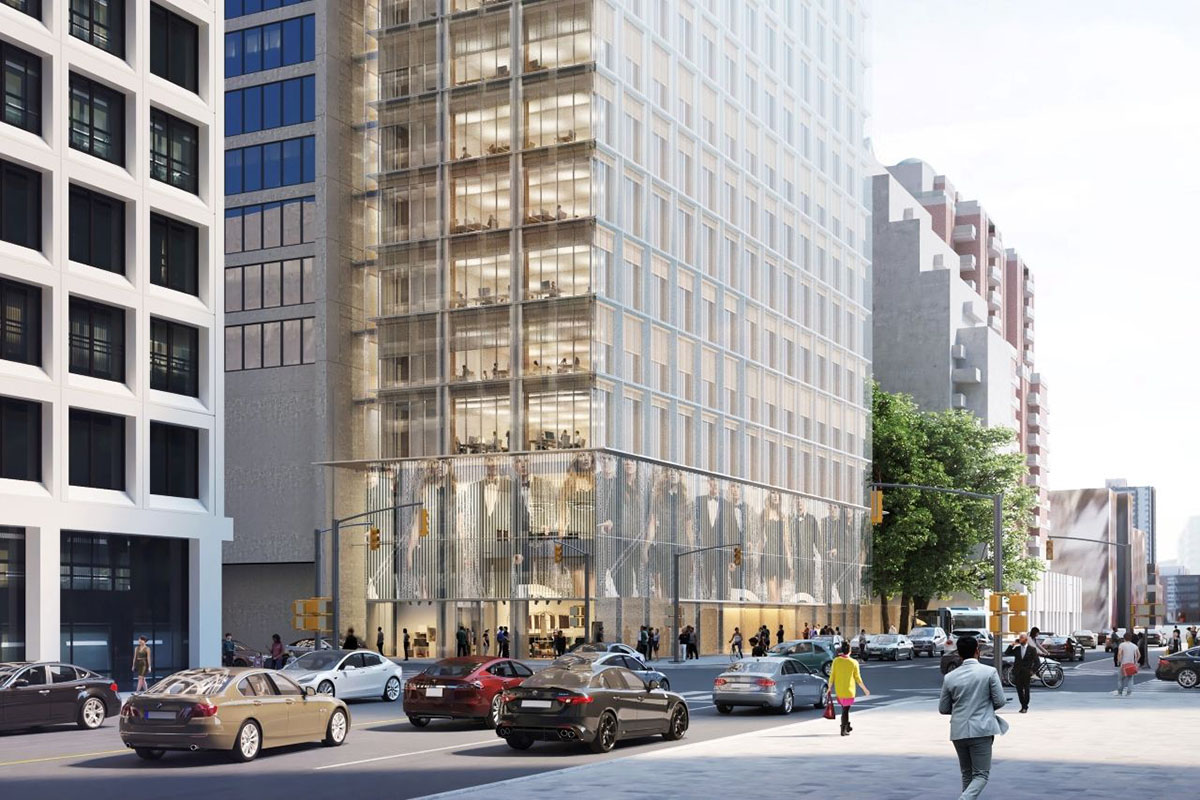 At street level, residents enter a triple-height lobby from Bloor Street and take one of four dedicated lifts to their condo level. Residences will range from one bedroom, to multi-level penthouses, totalling 332 condominium units spread over 64 floors.

An international team of nearly 500 collaborators including the two Founders, five Senior Partners, eight Partners, and 42 Associates work on projects across Europe, the Americas and Asia. The main office is in Basel with additional offices in London, New York, Hong Kong, Berlin and Copenhagen.