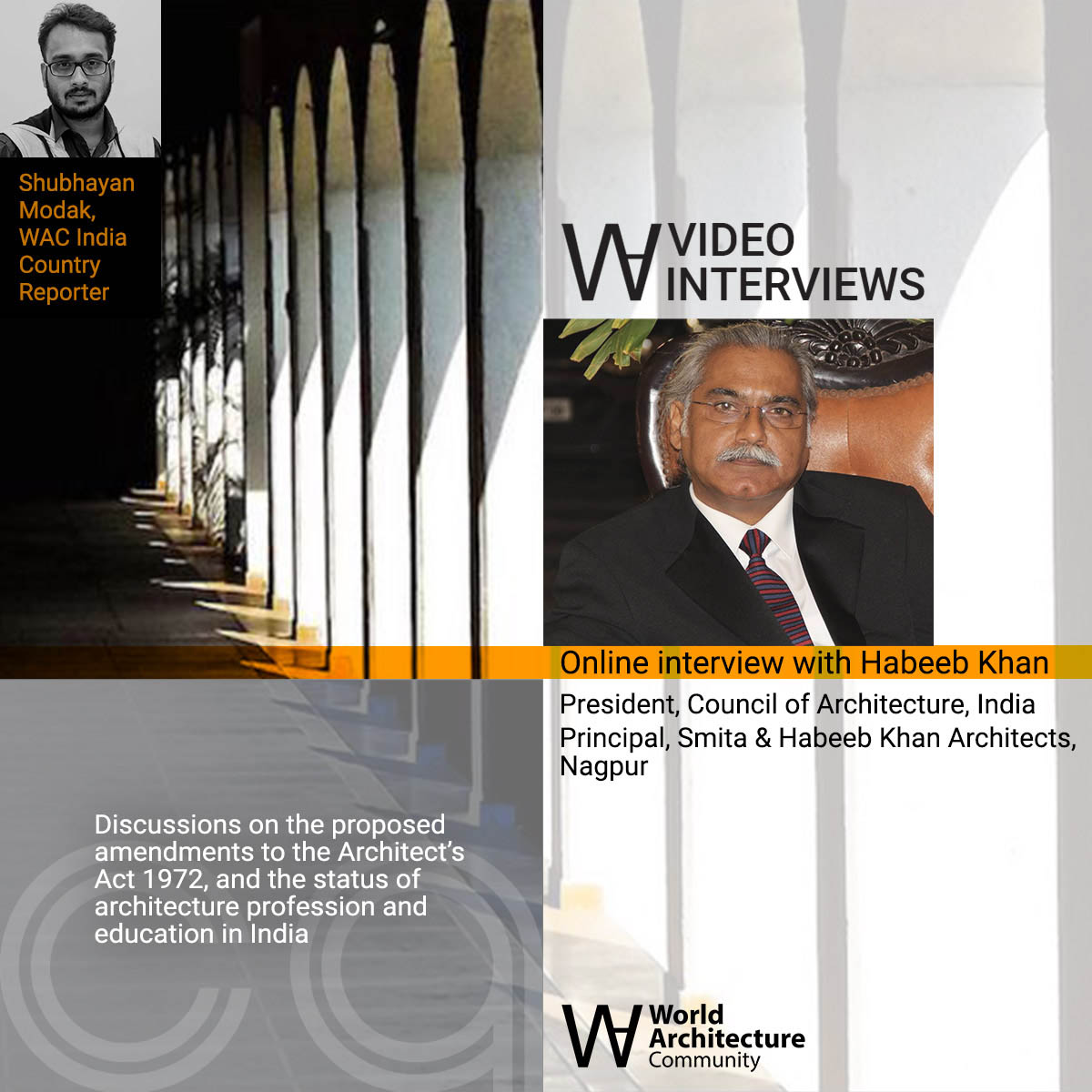 Ar. Habeeb Khan, President, Council of Architecture, India in an exclusive interview with Ar. Shubhayan M, Country Reporter- India, WAC gets candid about the Proposed Amendments to The Architect’s Act 1972, Exit Exam & the status of the architecture profession & Education in India.

The current Executive Committee of the Council of Architecture, India which came to office on the 22nd of November ’19, has put out to the public, a draft version of the Amendments proposed to The Architect’s Act, 1972. Headed by Ar. Habeeb Khan, the present council seems to have taken considerable initiative towards setting right the wrongs in the state of architecture in India. From getting active on social media in a bid to introduce active communications and engagement with the fraternity to hosting multiple discussions pan-India on the various issues plaguing the profession, the Council of Architecture, India finally seems to be moving actively in the direction of reform.

While certain clauses of the amendments have been welcome by the fraternity, there are new policies introduced that has received considerable flak from the industry as well. One of those is the introduction of a Professional Examination which will make it mandatory for an aspirant to clear the exam before he can apply for his professional license of practice, should the proposed amendments get passed in both the houses of the Indian Parliament.

In this interview hosted by Design Journalist Ar. Shubhayan Modak, Co-founding Editor of Sthapatya.co & Country Reporter- India for WAC, he engages in a rather long and exhaustive discussion with Ar. Habeeb Khan, President of the Council of Architecture, India on aspects related to Amendments of The Architect’s Act 1972, the status of architectural education, professional fees, exploitation of labor, and much more!

It is highly recommended that the viewer acquaint himself with the Proposed Amendments to The Architect’s Act 1972 attached below before he views this interview.