CCD completes interiors of an experimental pavilion above water in Foshan, China 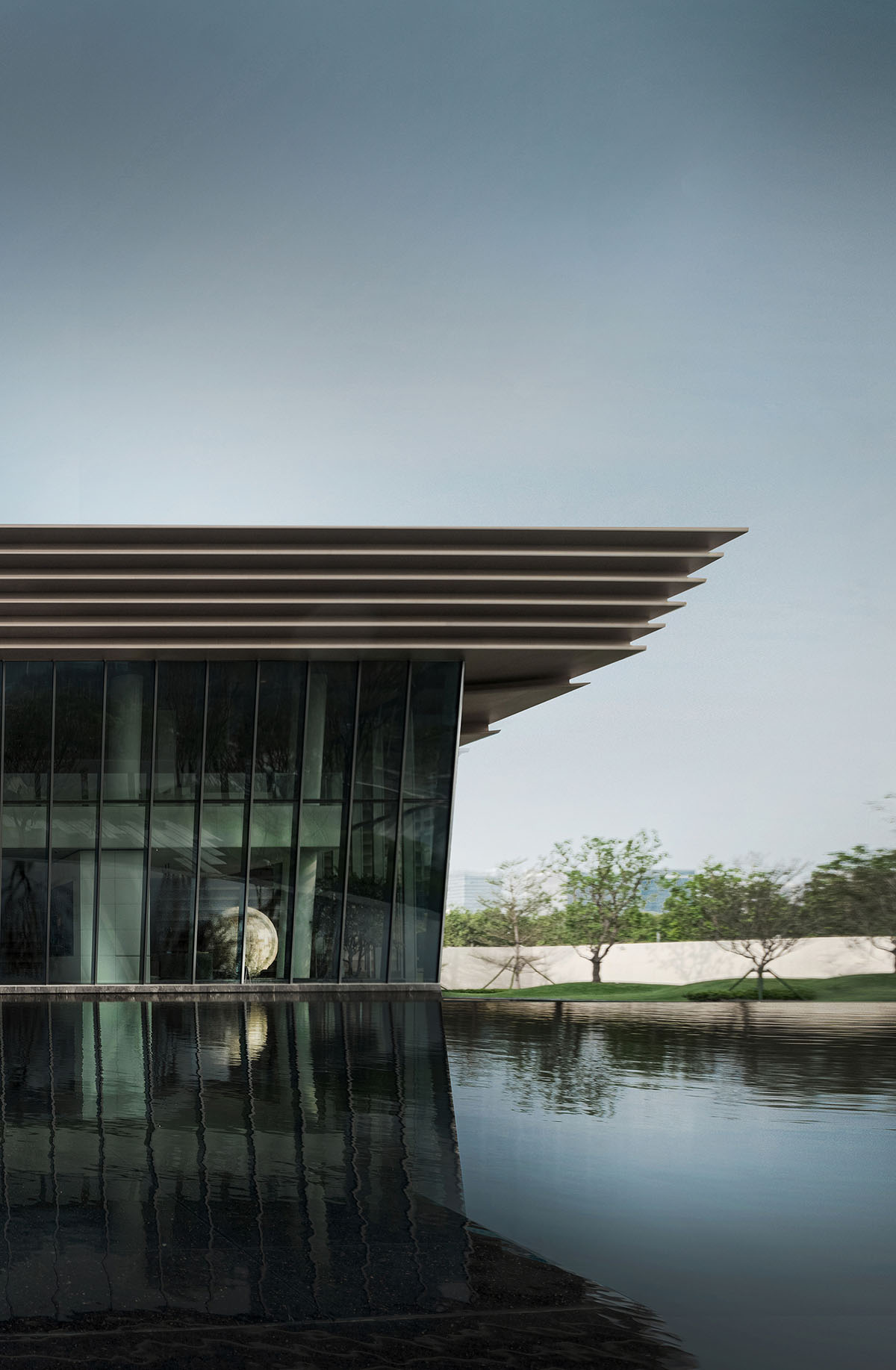 Hong Kong, Shenzhen, Beijing, Shanghai-based architecture and interior design studio CCD has completed the interiors of an experimental pavilion above the water in Foshan, China.

Called Foshan Poly - OPUS ONE, the pavilion is situated at the central axis of Qiandeng Lake area, Foshan, China, OPUS ONE is Poly's fifth property development of the "Top Series" that defines the city skyline.

Responding to Lingnan people's ideal of living in symbiosis with nature, it creates a cozy and artistic lifestyle in the bustling urban jungle. 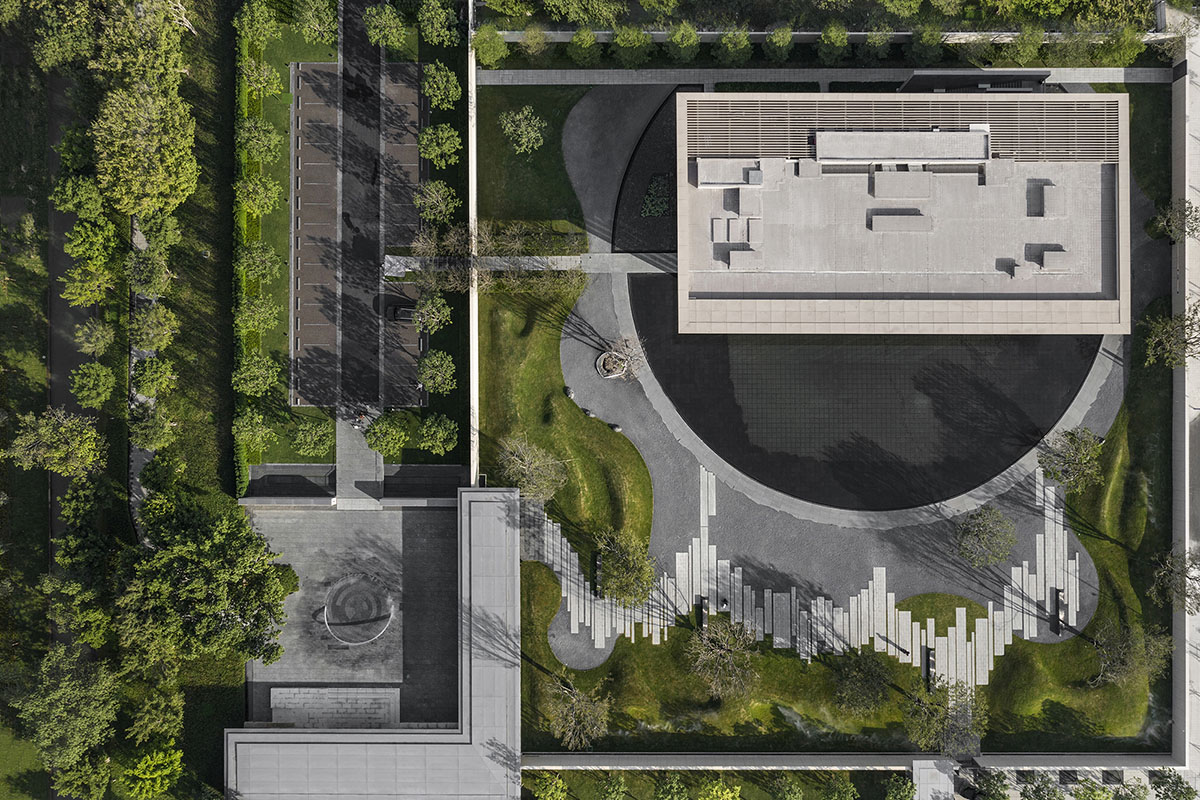 The project sits on a prime site which enjoys rich natural surroundings including a river and a garden. As approaching the design, CCD extended water and other natural elements to the space, built connection among the cultural context, the city, life and humanism, and worked to lead the local urban lifestyle with appropriate scale and highest standard.

Ancient Chinese philosophy believes that the “origin” gives birth to all things in the world. At the entrance, there is a floating sphere, which is derived from local traditional furniture and characterized by a mortise and tenon joint system, without even one nail.

This sphere can be seen as the "origin". The design thread starts from it, then extends to the large grilles, the interior and the architecture blends with landscape, thereby eventually forming an experiential pavilion above water. The architecture, landscape and interior design are integrated in a consistent and clear manner. 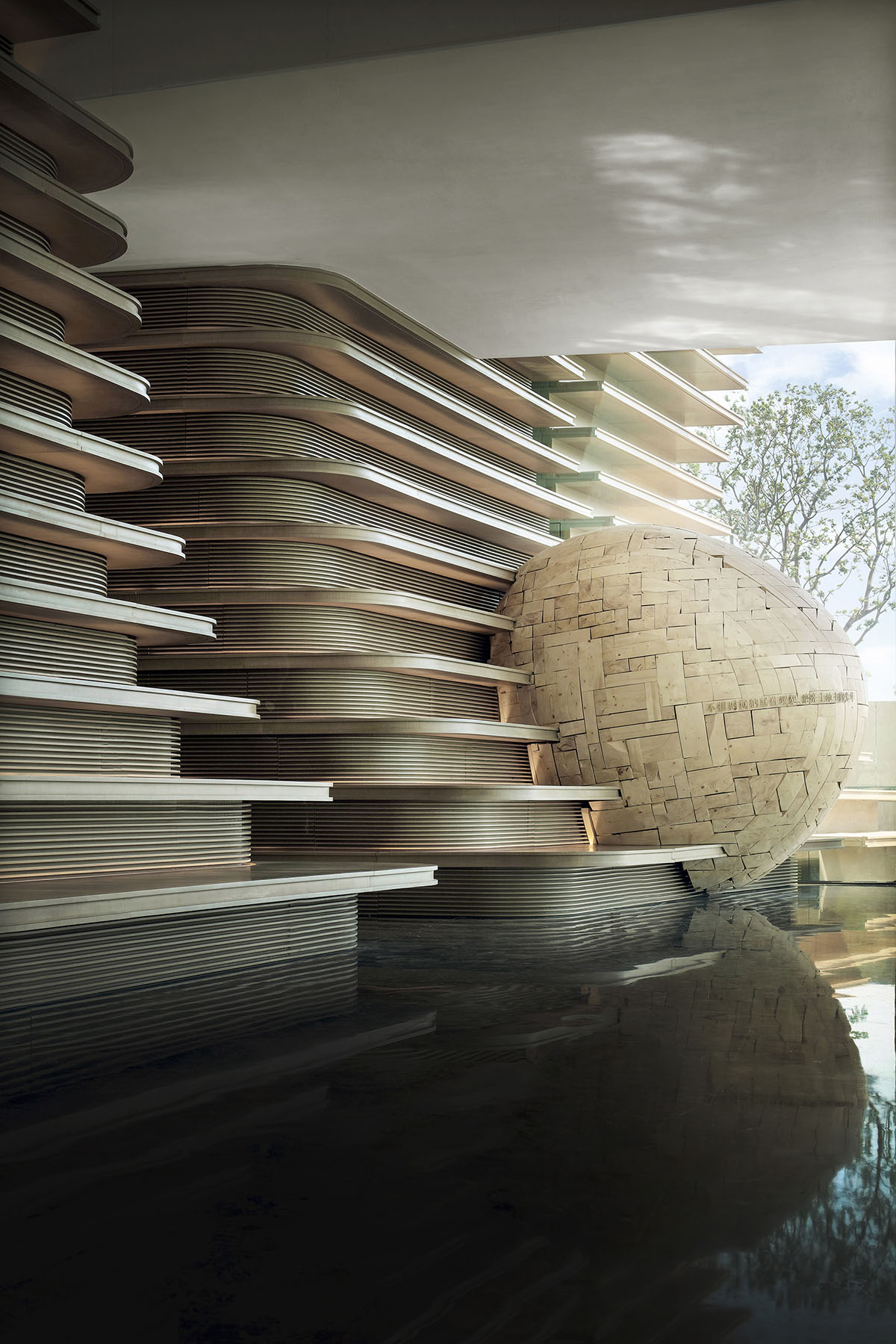 Then, when people come, life is brought in and all things are enlivened. The simplistic, flowing lines as well as the multiple layers produce dramatic visual effects, whilst guiding the sight line and indicating the change of spaces and ambience.

Light moves freely throughout the space, and produces varying interplay with shadows, either overlapping or chasing each other. It’s like life, which is sometimes splendid and sometimes still.

The two floors are linked via a spiral staircase on the side. On the second floor, lots of round openings are carved out on a wall, allowing natural light to filter in.

Like a water drop, the nearby wooden art installation symbolizes the infinite vitality of the space. 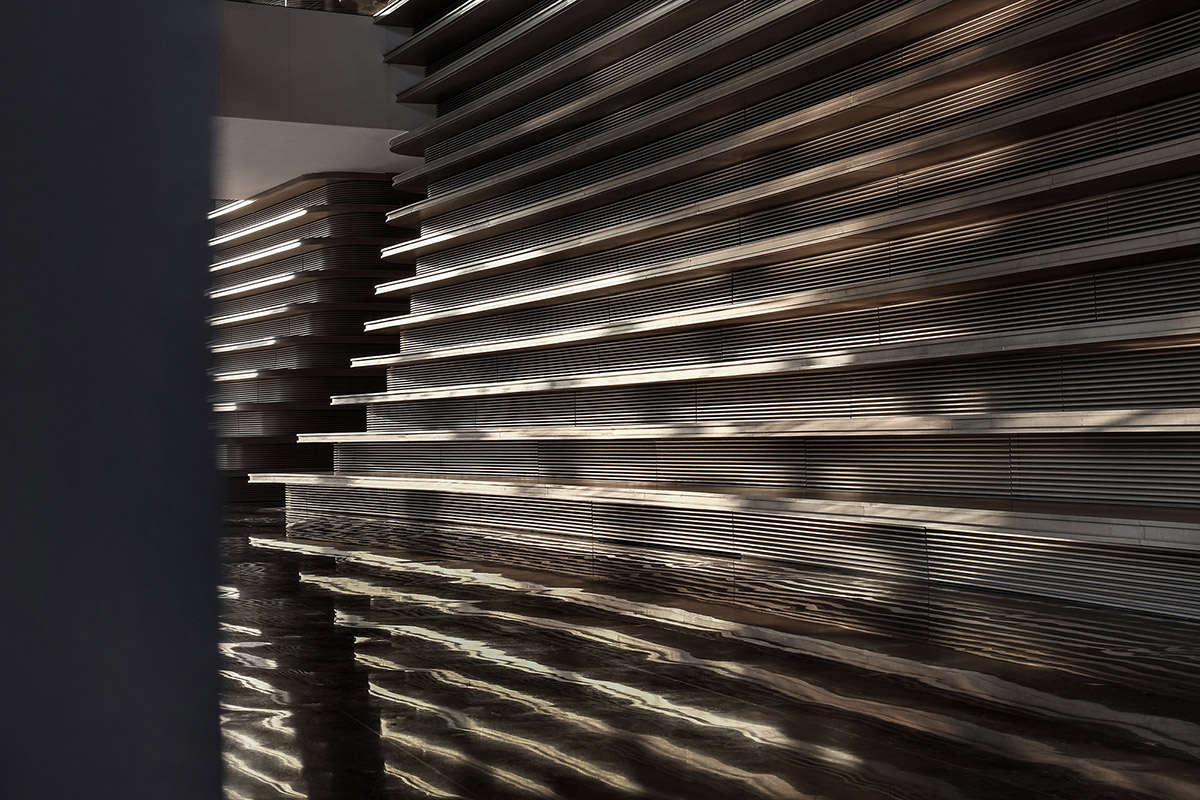 The front communal areas on both 1F and 2F extend the relationship between the building and the courtyard. The water-facing glass French windows on two sides seem to frankly "expose" the interior space.

In fact, however, the transparent glass and the unified building material textures blend the first floor’s reception foyer with the water courtyard, and "hide" it in the environment. Looking afar, the main building volume appears like a "box" floating over the water surface.

The double-height main hall is expansive, just like an "urban living room". Its geometric layout is dynamic and free, and the wall is clad in multiple layers of local wood, which forms bookshelf-like resting areas where the visitors can take a rest and read.

Meanwhile, the entire space, which floats above water, can accommodate concerts, art workshops, art installations, and large-scale exhibition events, etc. It's an inclusive art pavilion, which will bring brand new artistic and cultural experiences for the prime section of Qiandeng Lake area, Foshan. 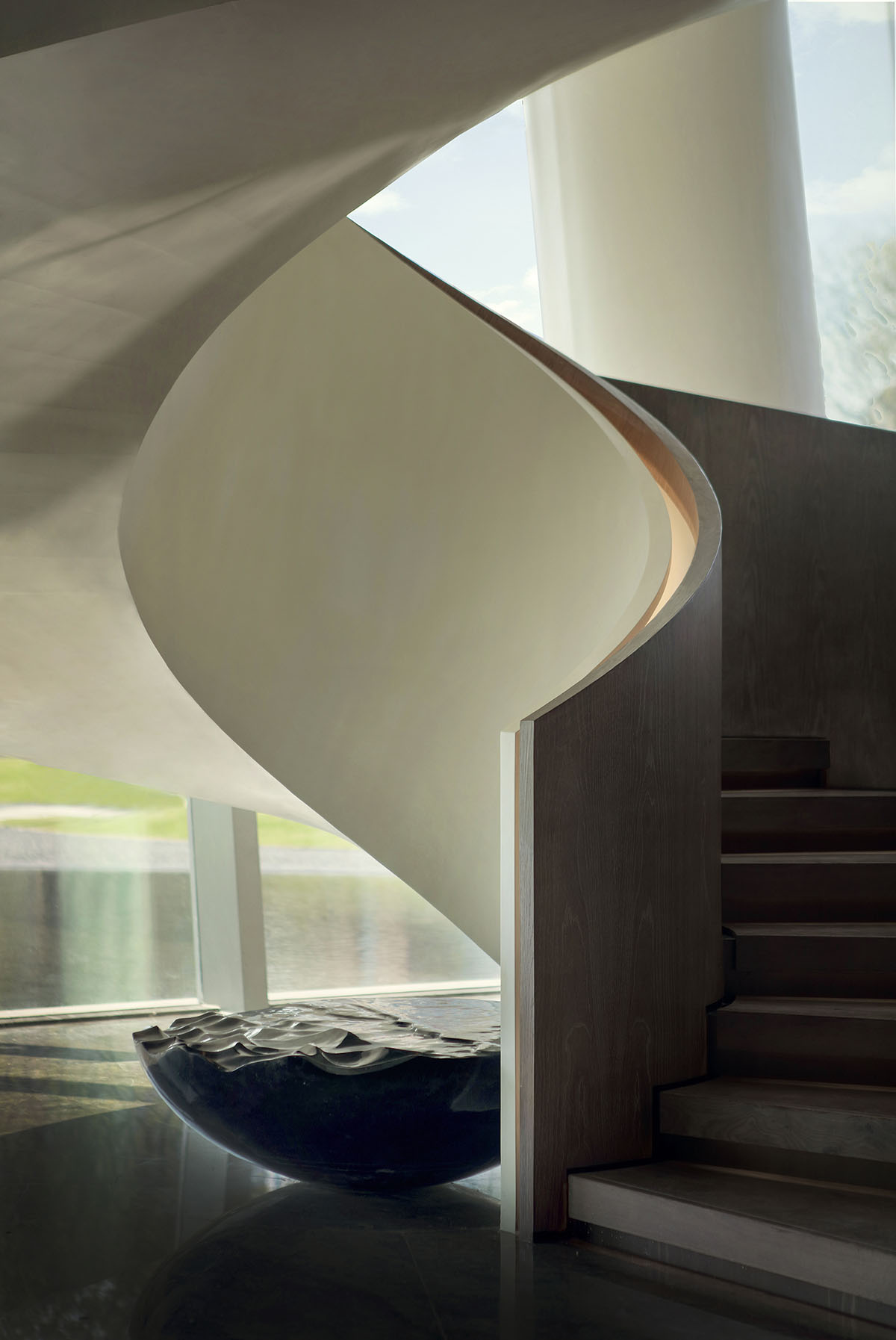 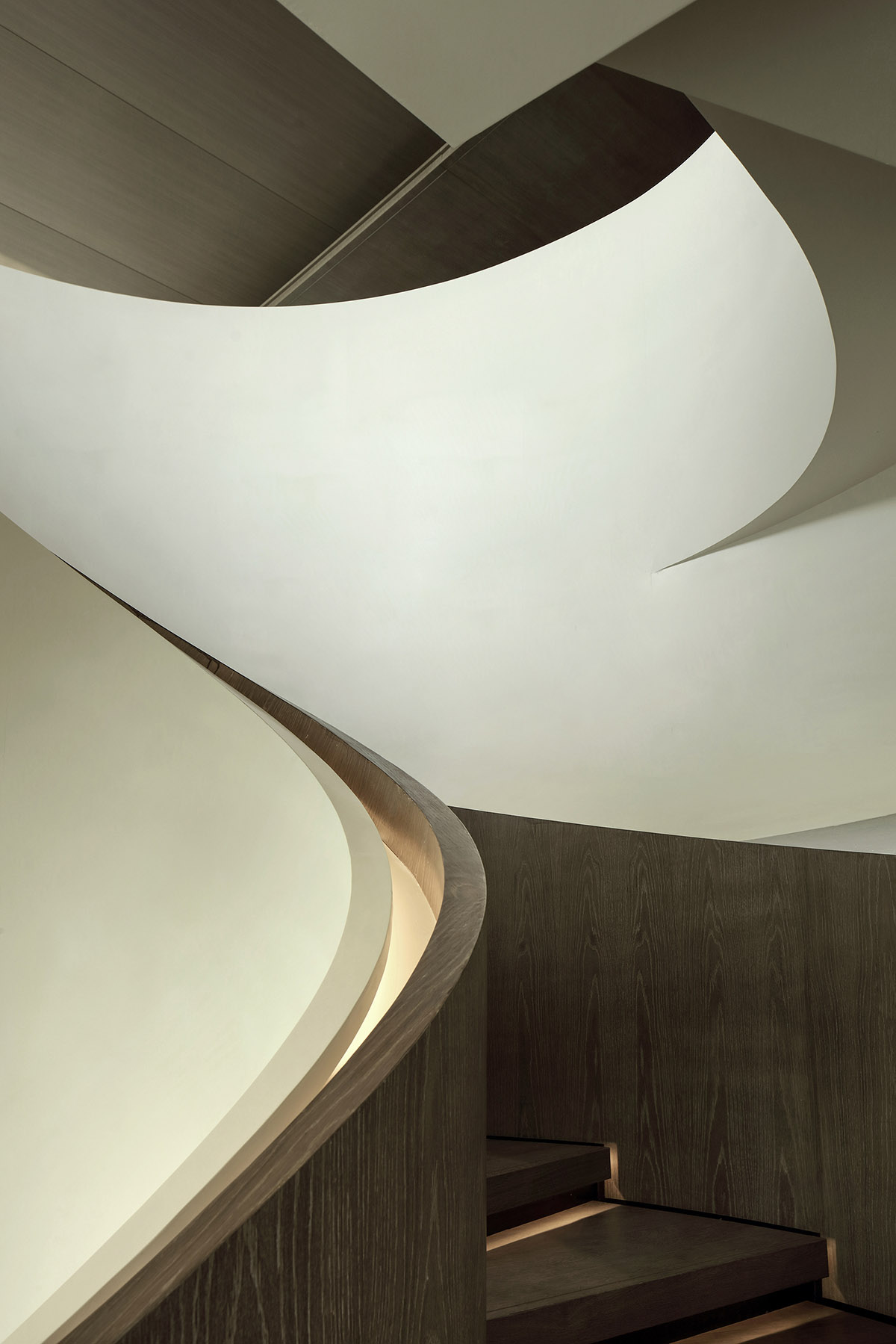 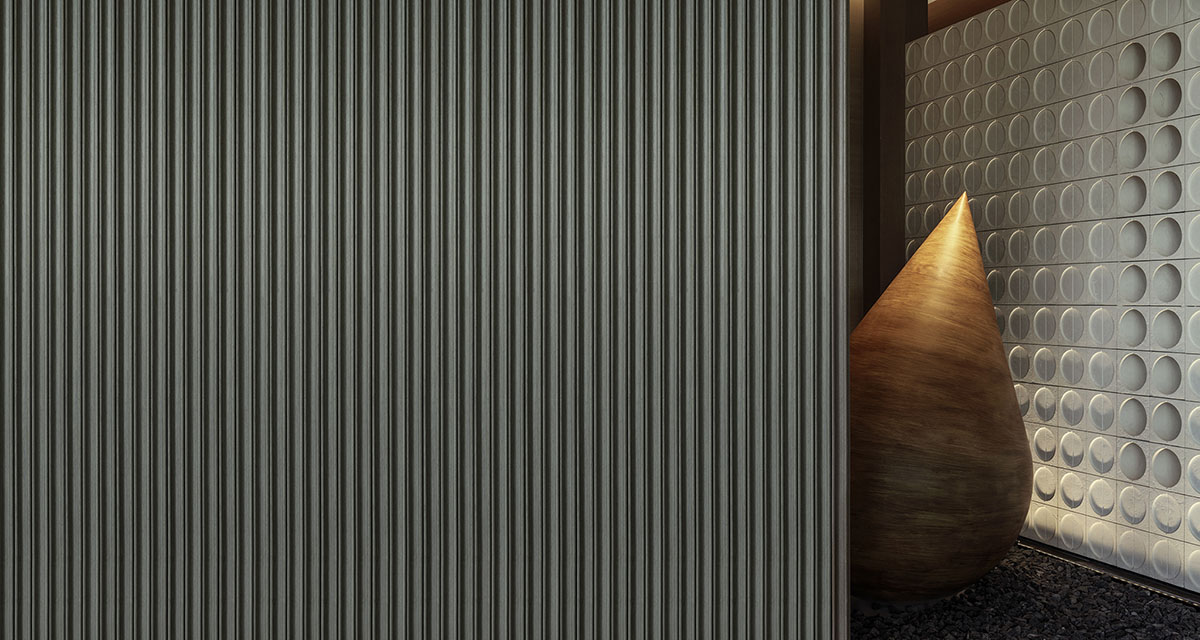 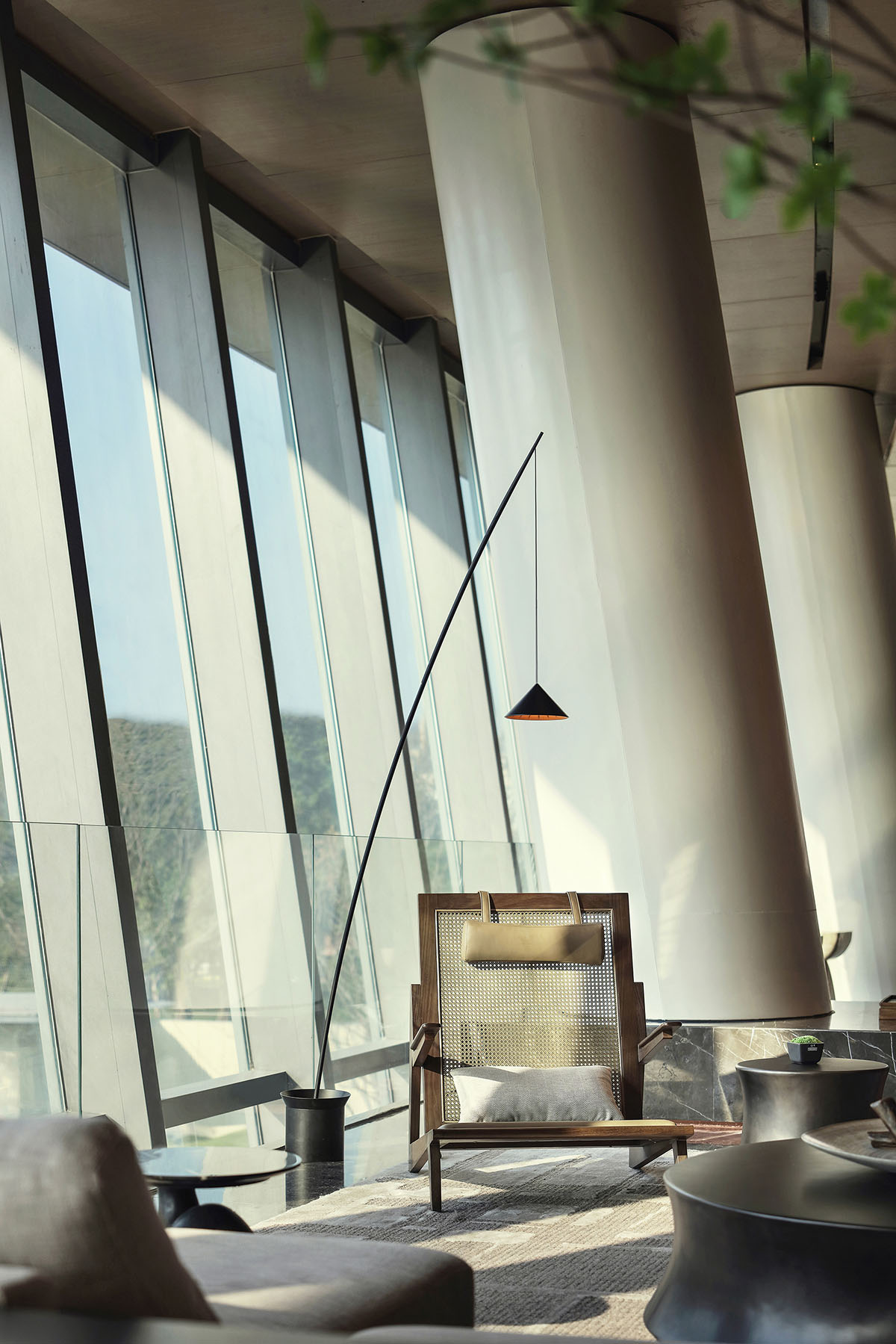 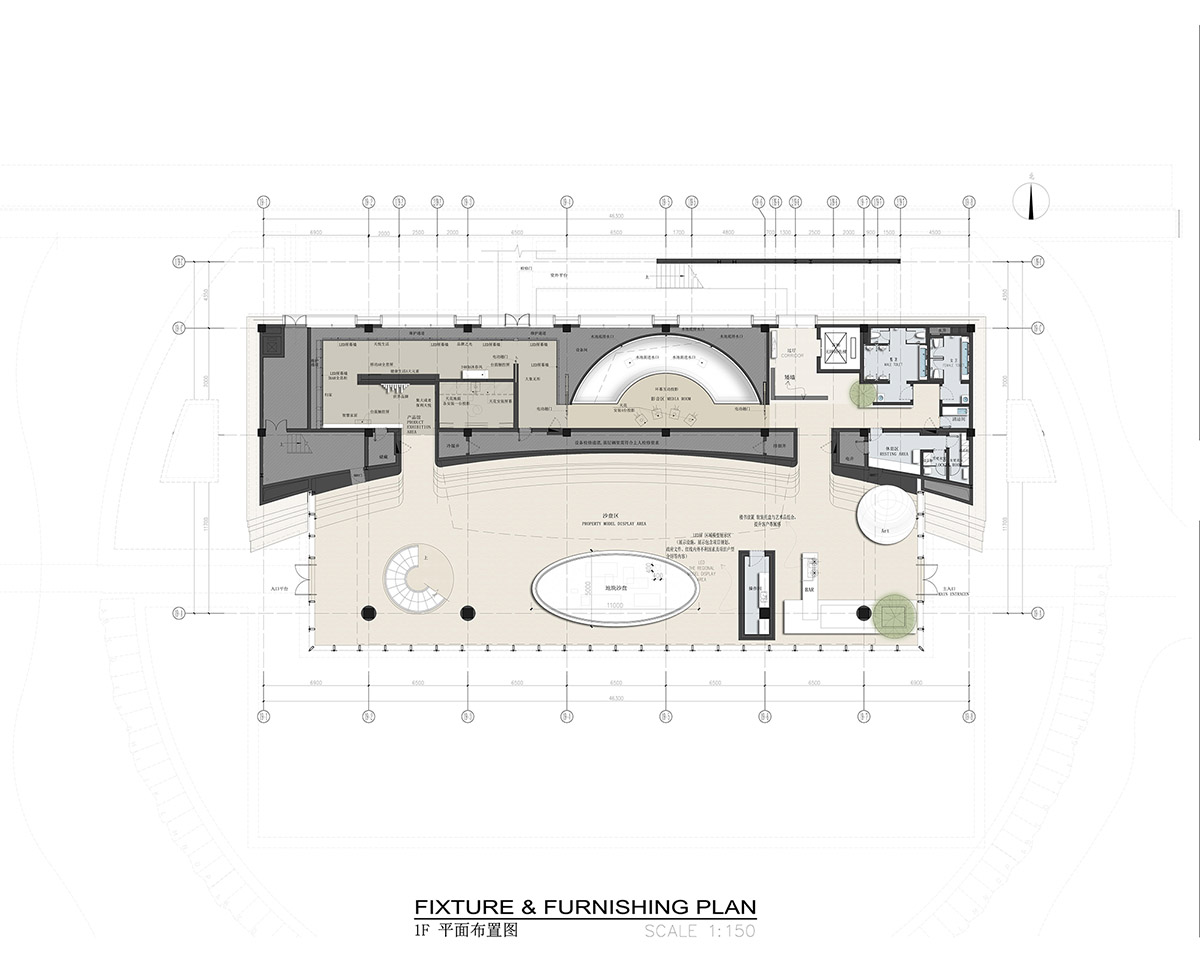 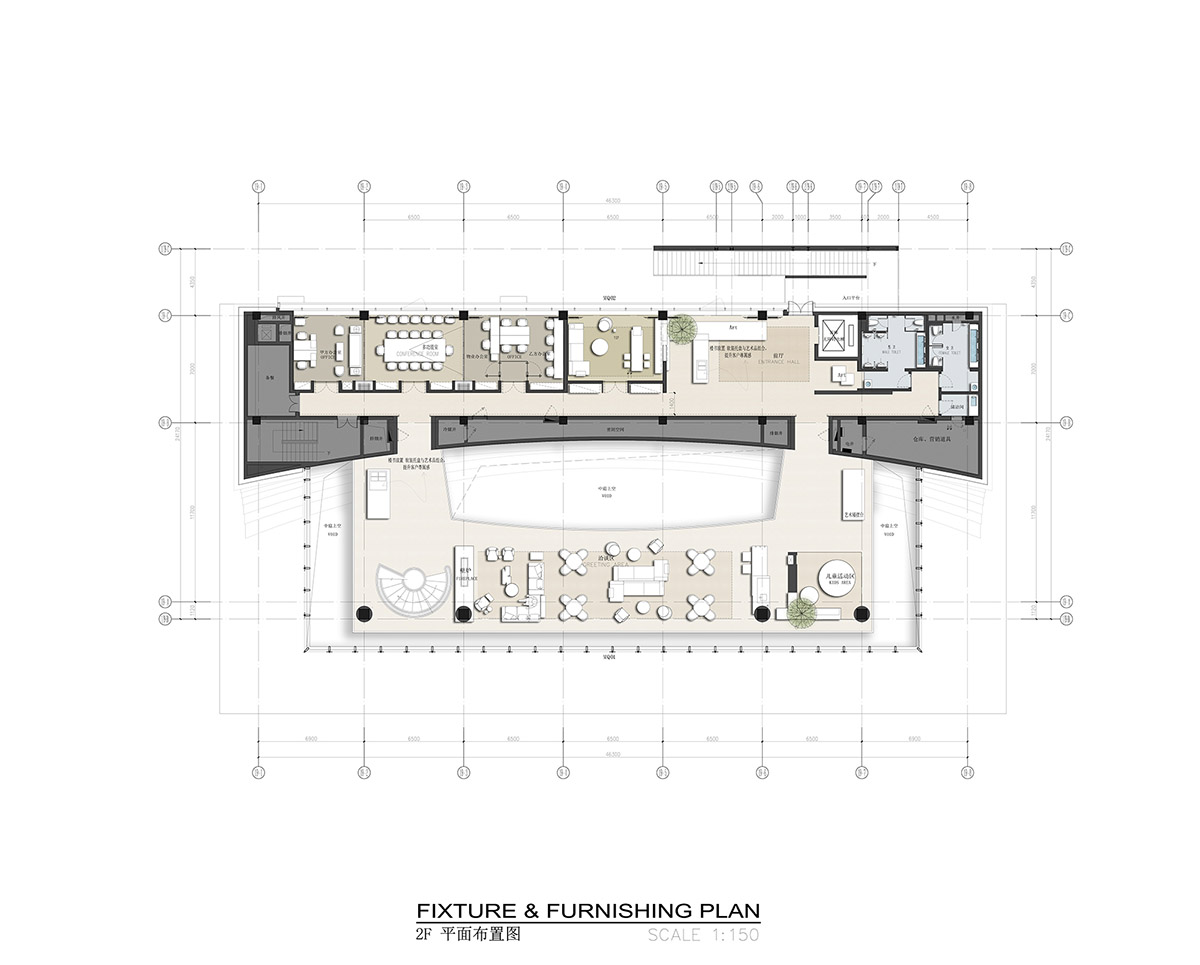