Called Lasvit Headquarters, the complex reflects the longstanding tradition of glass making that Lasvit represents and promotes. The two buildings, situated next to each other, creates a sharp contrast and are brought together in a harmony in which the old and new complete each other.

The studio's aim is to design a new building that speaks with the existing historical building and to complement each other. The architects were inspired by the traditional slate roof shingles of the region, because these glass tiles integrate transparency and technology, combining the intrinsic beauty of glass and light in the local vernacular. The houses on Palackého Square in Nový Bor have been occupied by glassmakers since the late 18th century. The Lasvit company decided to restore both historic sites, and is dedicated to restoring the authentic glassmaking traditions of Nový Bor.

The two traditional buildings from the early 19th century were completed with another two similarly sized and shaped abstract black and white volumes to create a harmonic and functional compound.

"The relationship between the two houses, originally baroque-era cottages, and their modern incarnation is most interesting," said project architect Štěpán Valouch.

"These houses have a unique shape, both on the inside and the outside – the black house is closed in upon itself, while the glass house is like a shining lamp lighting up the city. May this be a sign of the rejuvenation and new burst of confidence in glassmaking in the region," added Valouch. 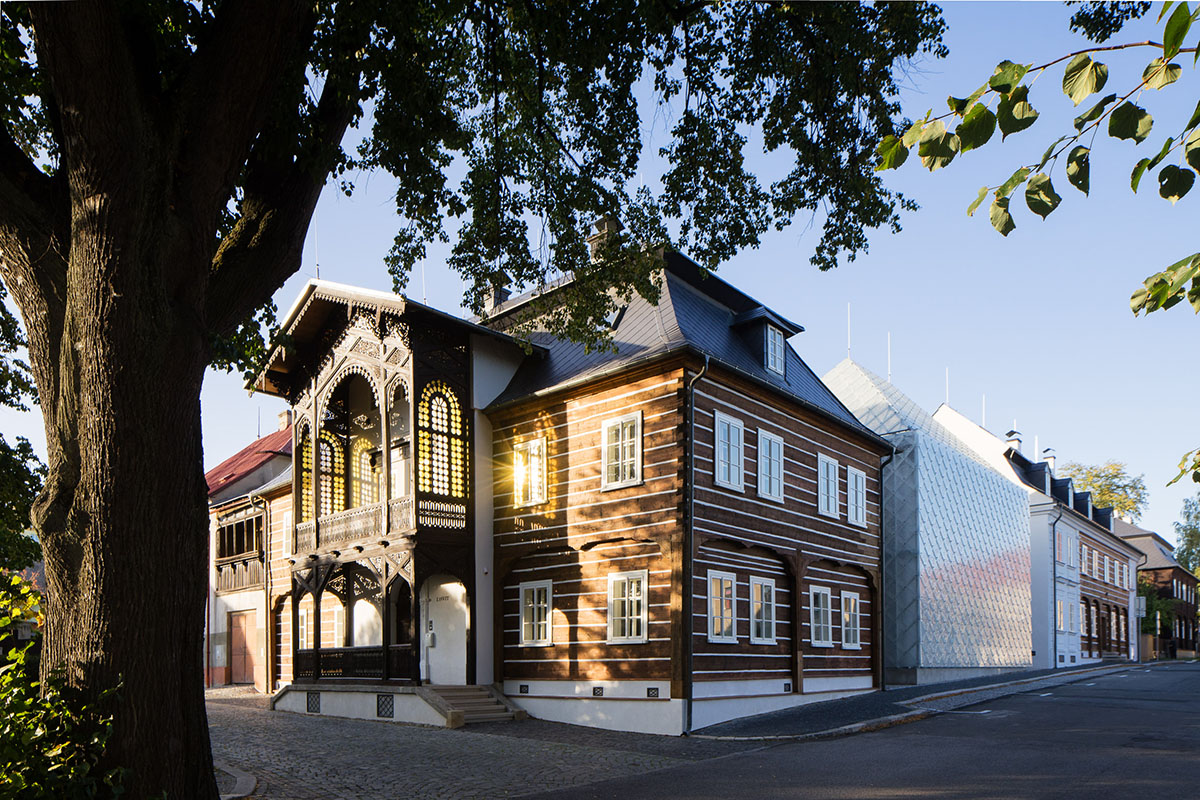 The first of the new buildings, made entirely out of translucent glass, serves as an office café on the ground floor with an archive of the design samples on the floor above.

This large, well-lit rectangular space with an unusual concave dome ceiling with a grid pattern can be also used as a conference room, when enclosed. This glass house acts as a lighthouse, shining not only on to the surrounding town but also performs a symbolic function, shining a light far beyond the borders of the Czech Republic.

The entire building is clad in glass tiles, which Lasvit developed especially for it. "The overlay drew inspiration from the slate shingles which have traditionally been used for buildings throughout the Česká Lípa district since time immemorial," Valouch explained. 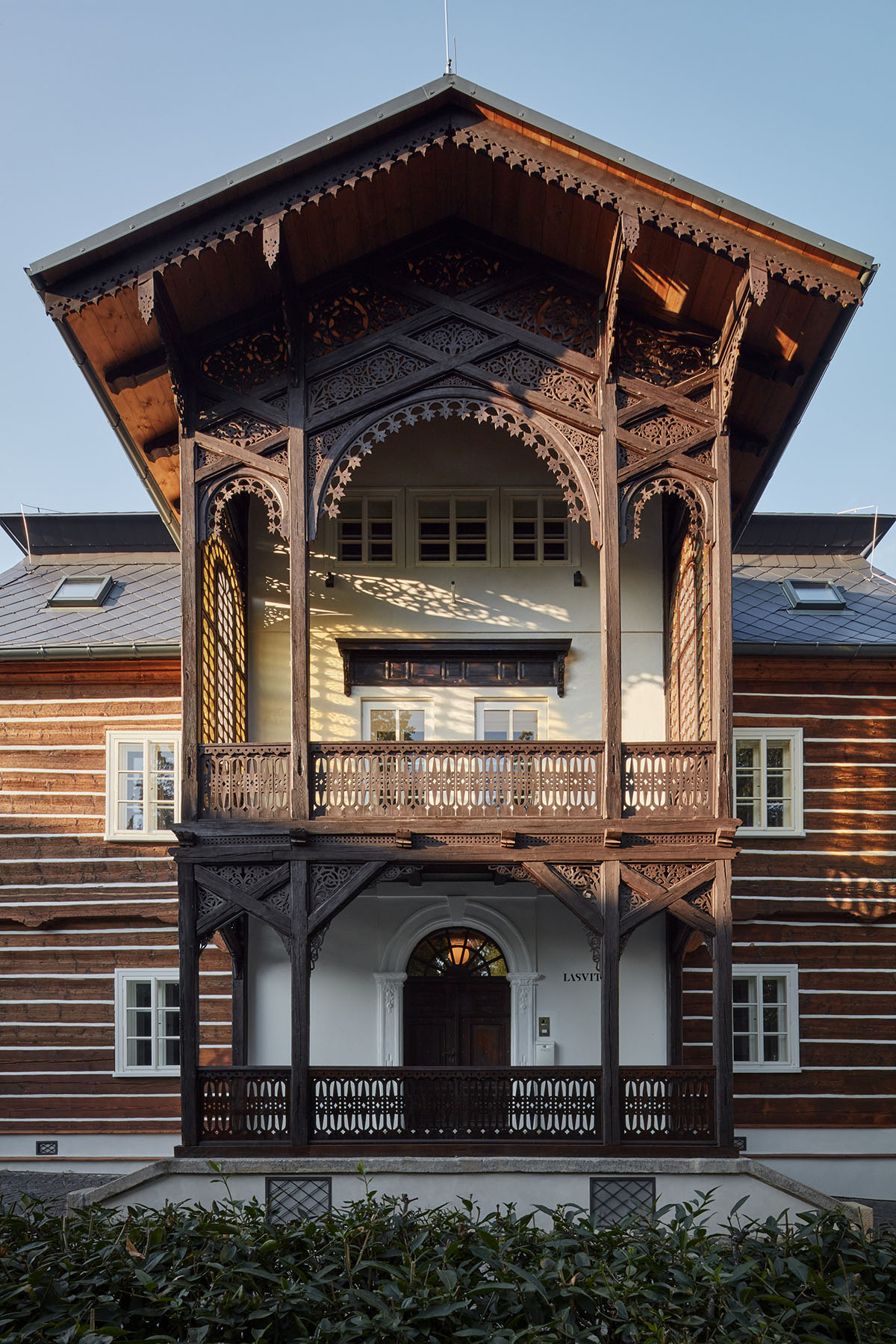 The second building covered with black metal plates, which resemble the traditional cladding of slate plates used on roofs throughout the region, provides a four-story space partly hidden below the ground and is used for testing and presenting the full-scale products – chandeliers and light-sculptures weighing up to 5 tonnes. 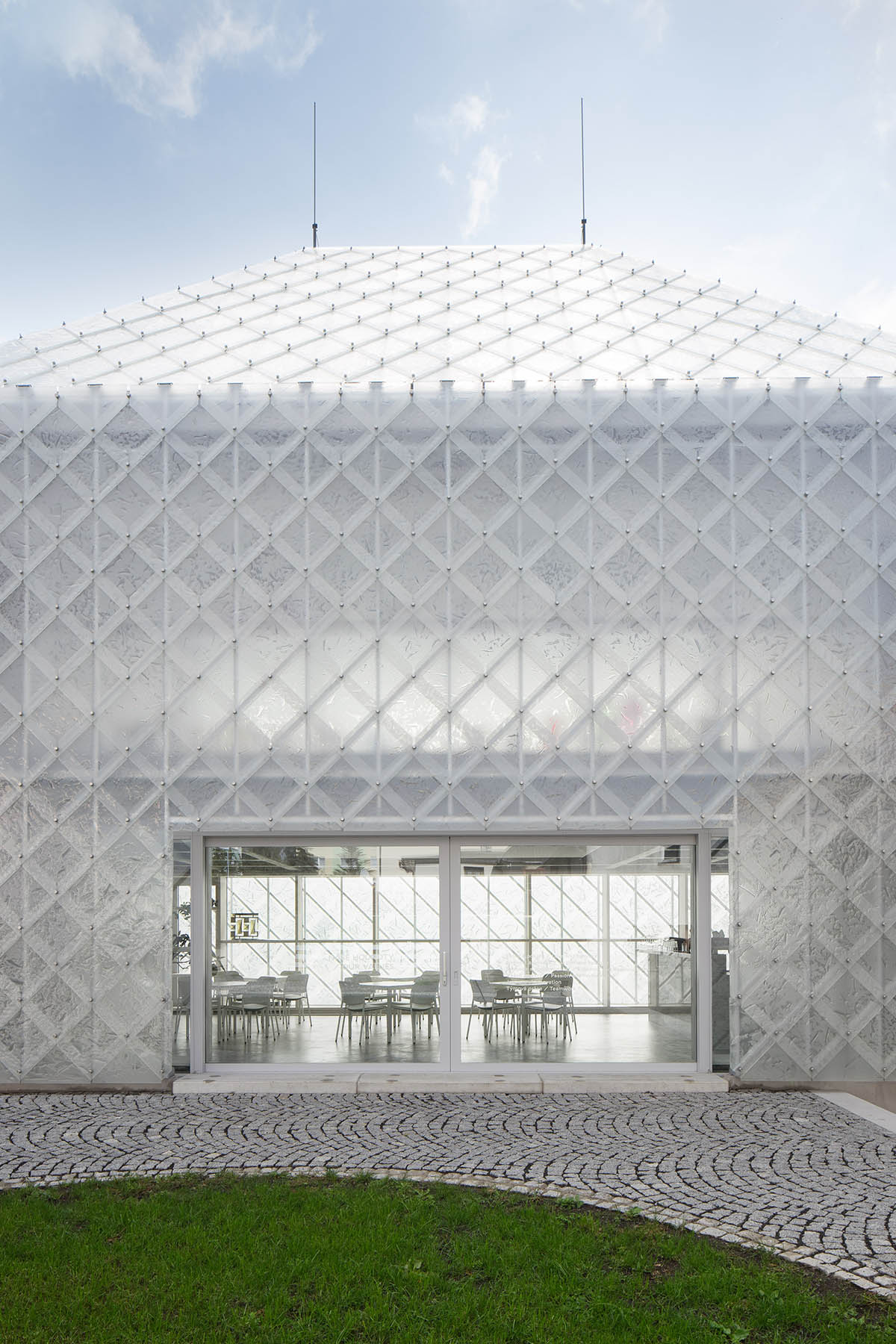 The two culturally protected historical buildings were stripped of their various extensions and additions which were made within the two hundred years since their construction.

Their facades have been carefully redesigned to its historical original state and the interiors were humbly reconstructed to work as an office space for the Lasvit company. 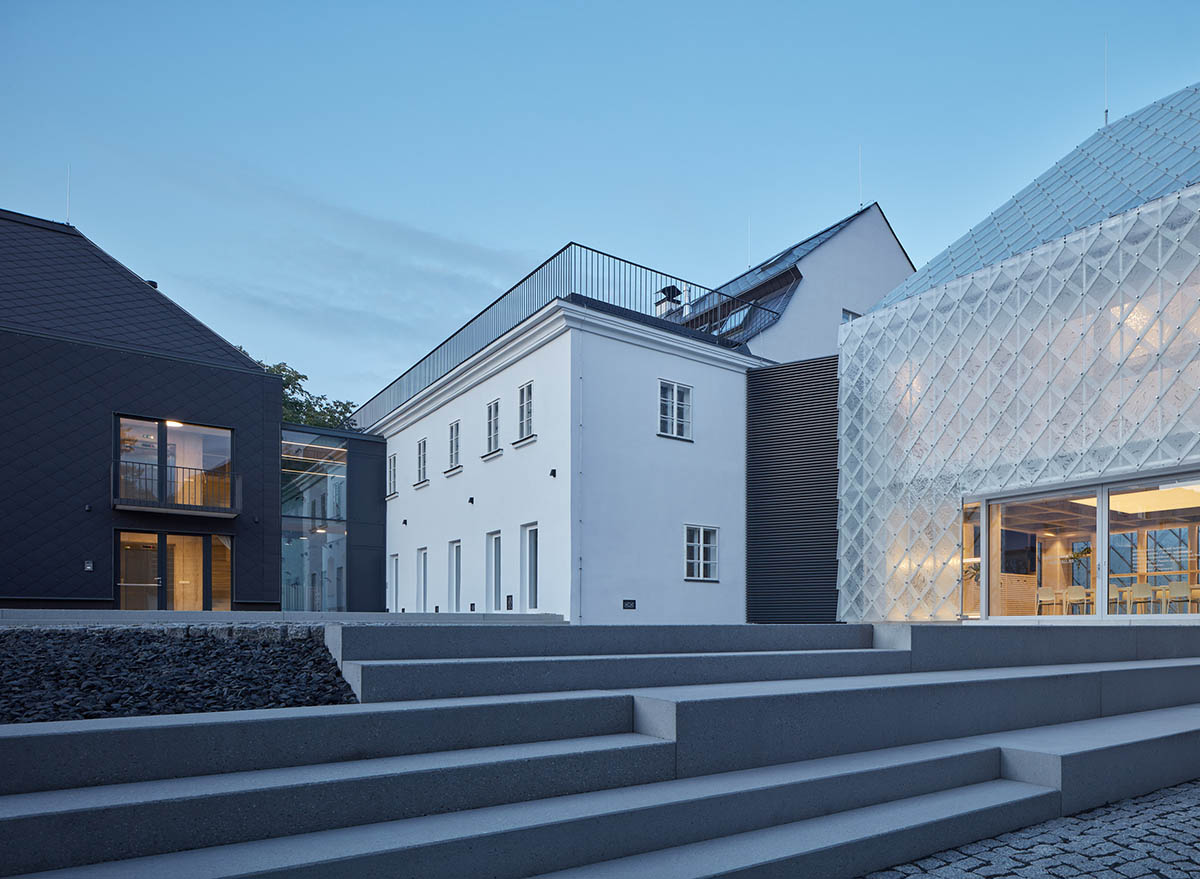 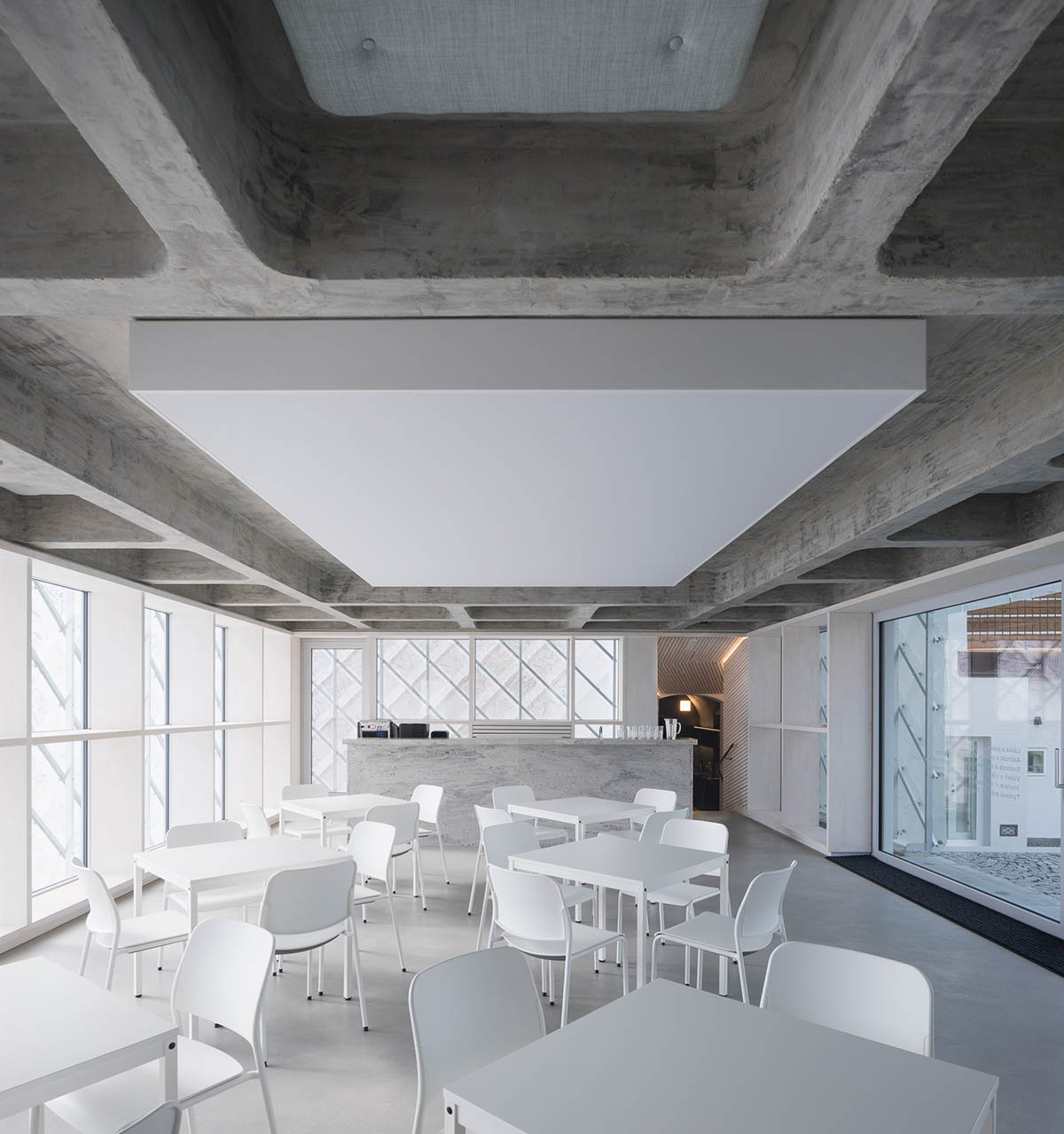 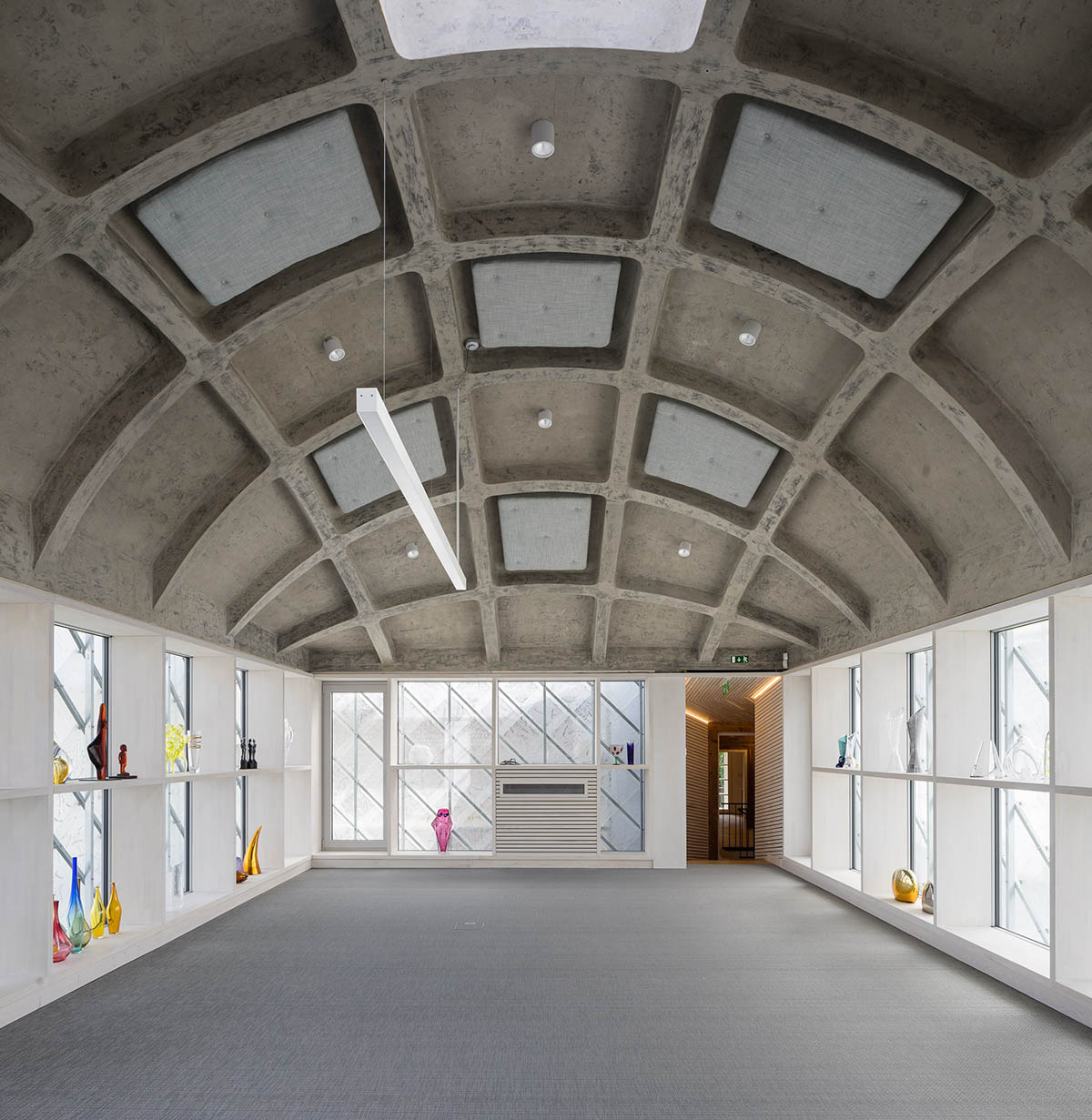 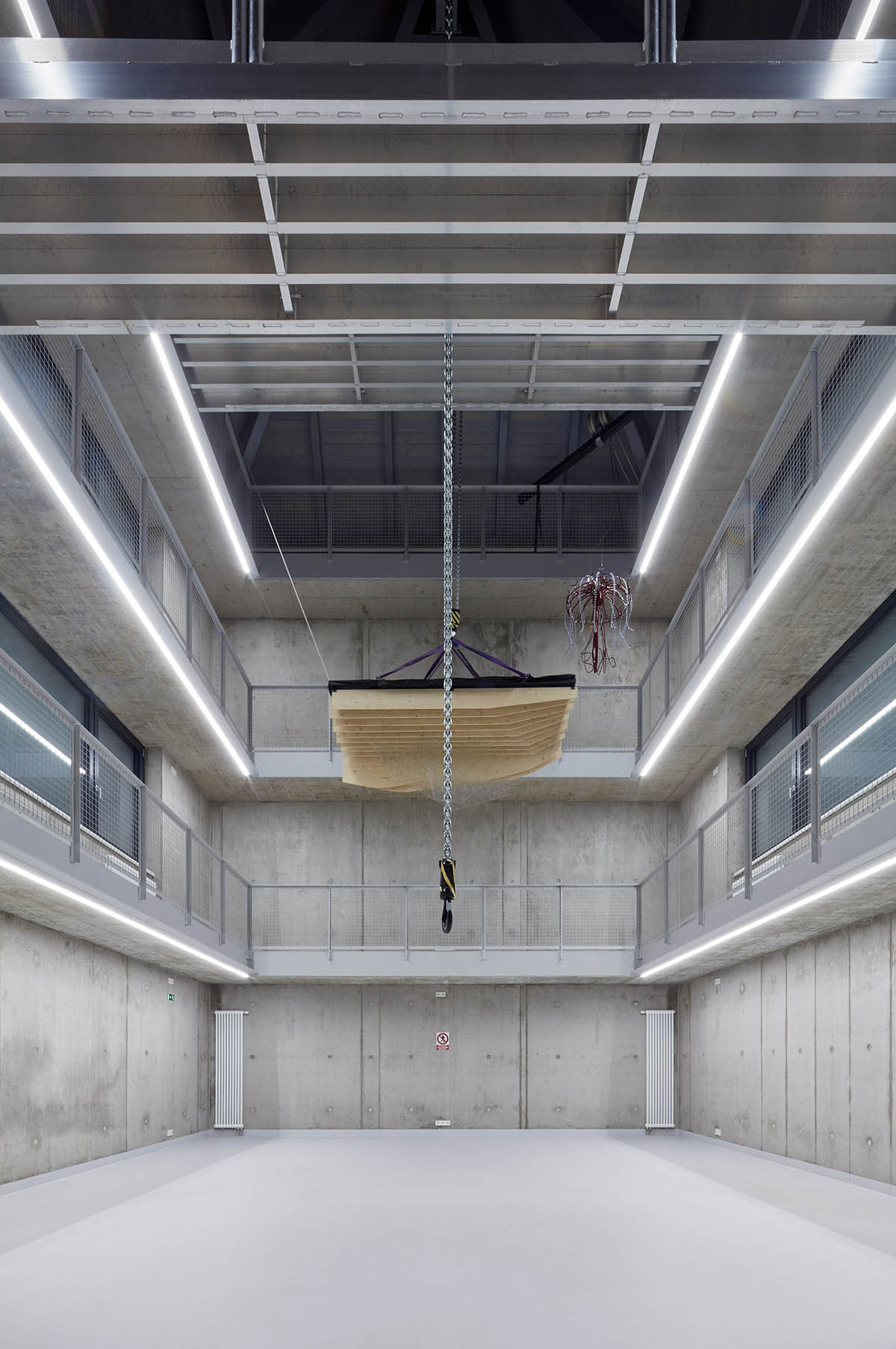 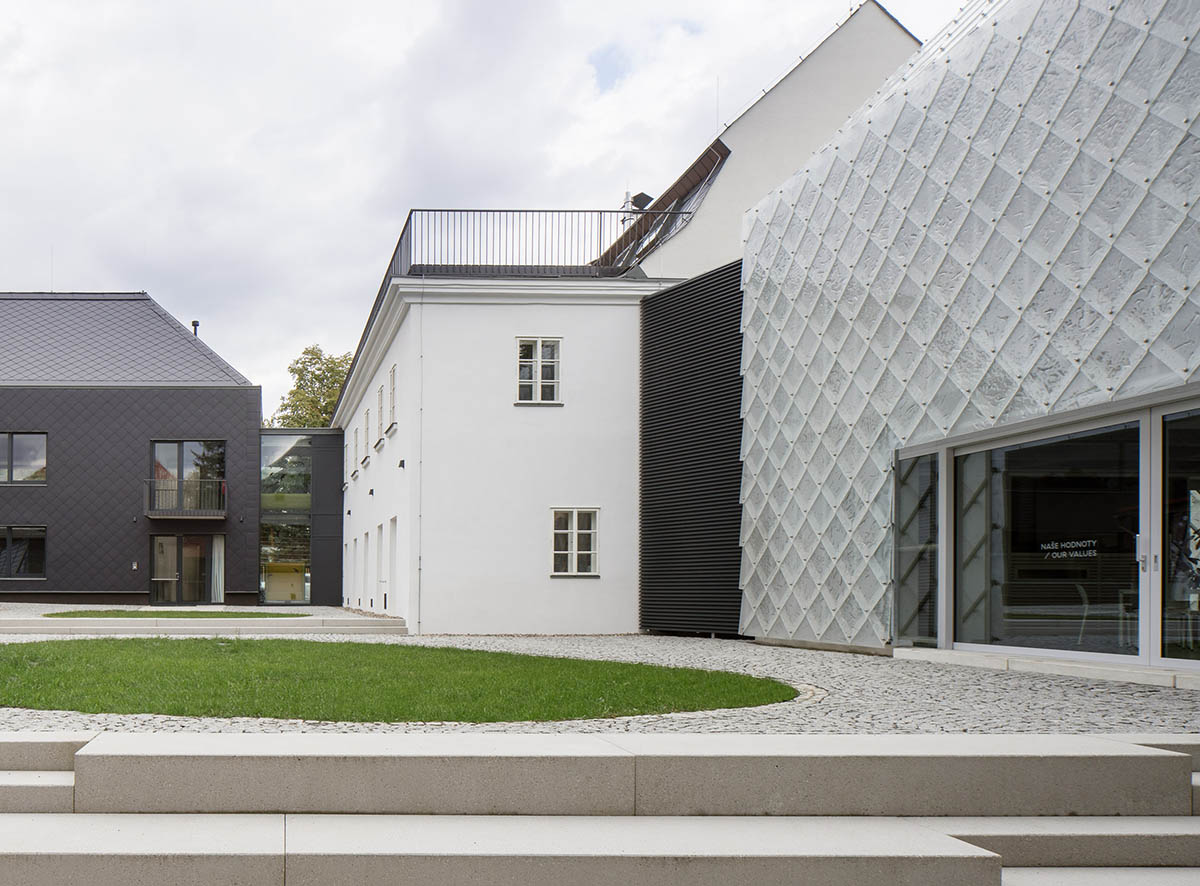 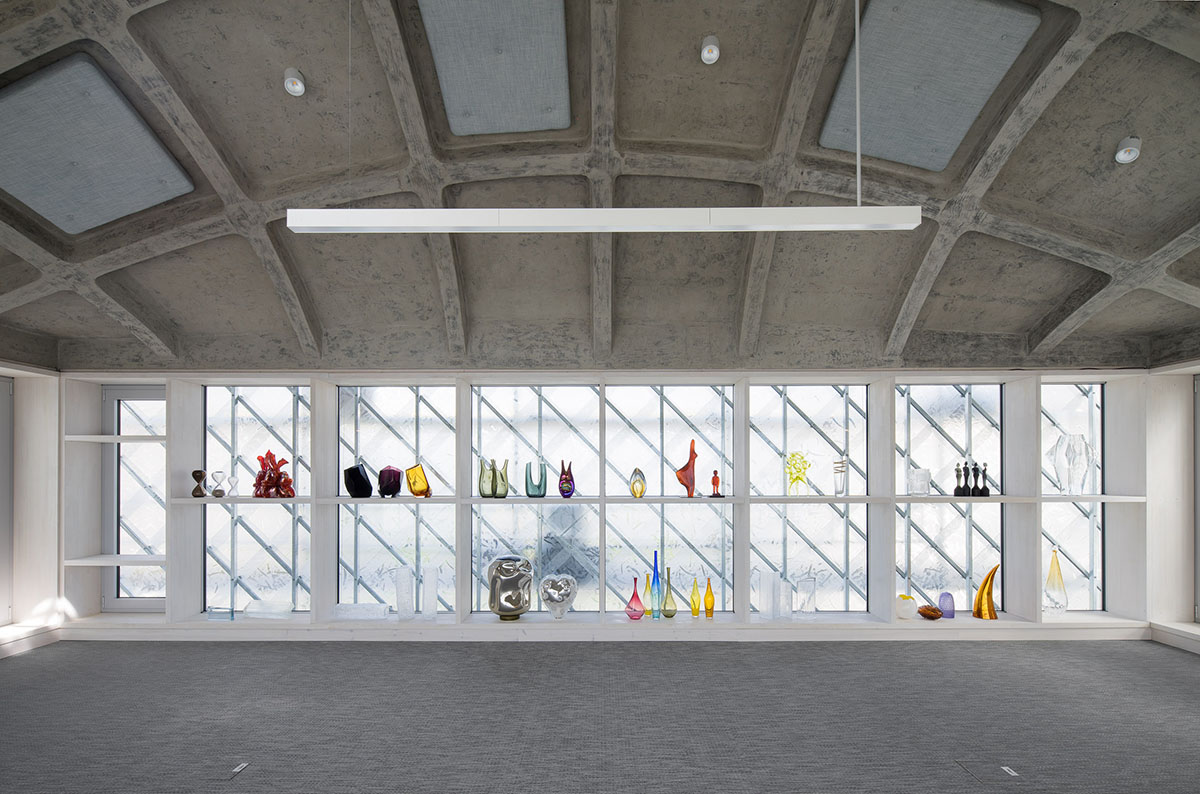 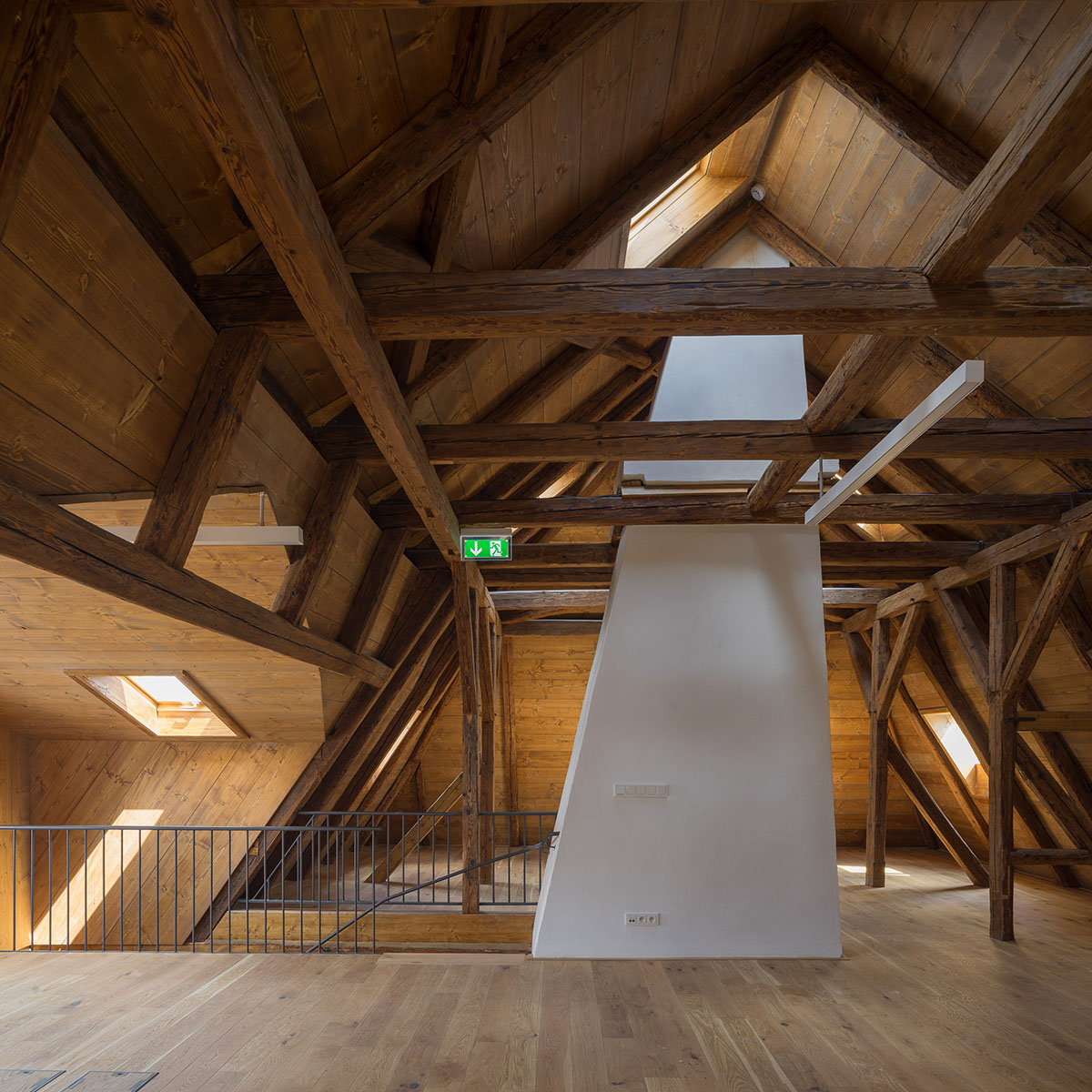 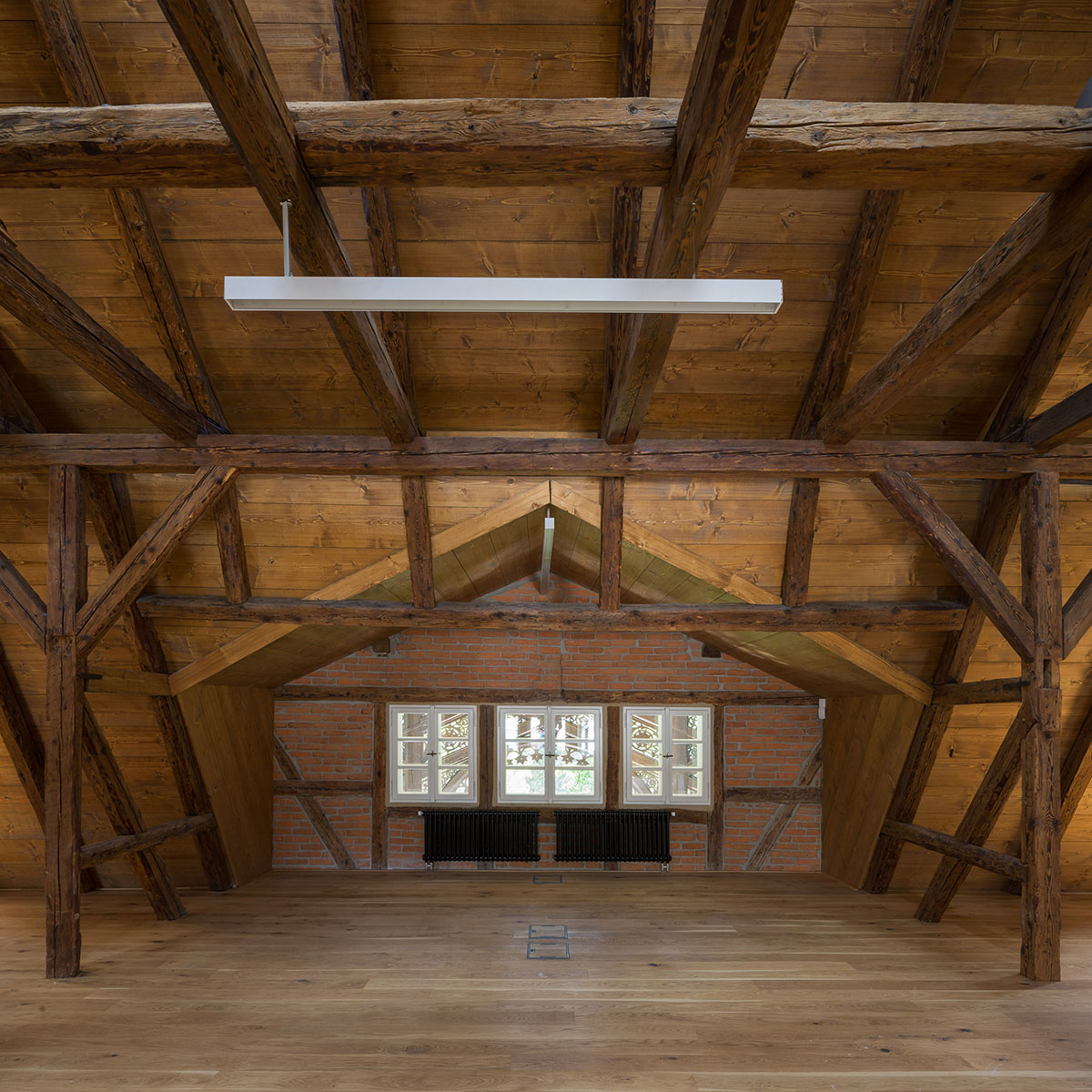 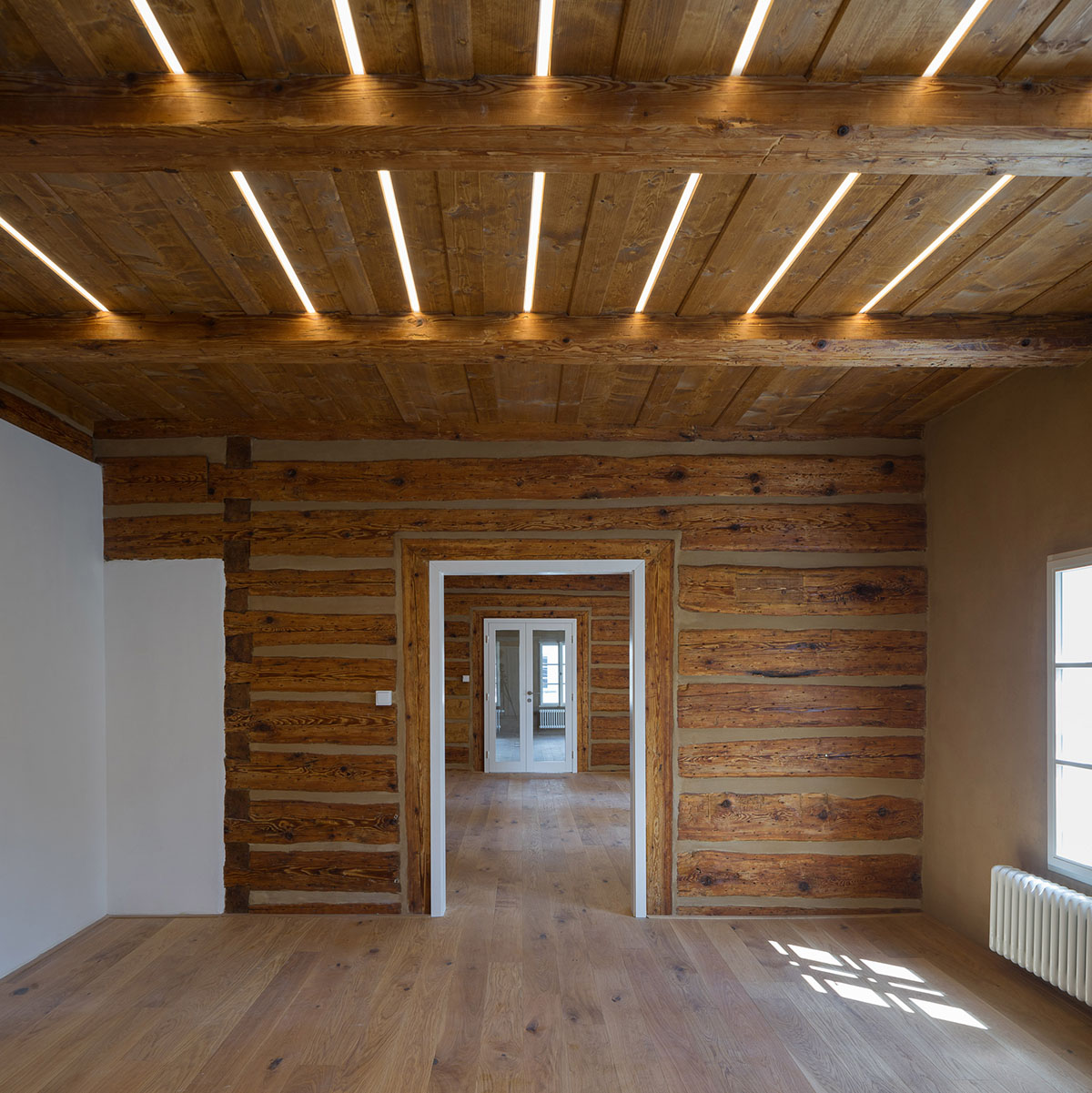 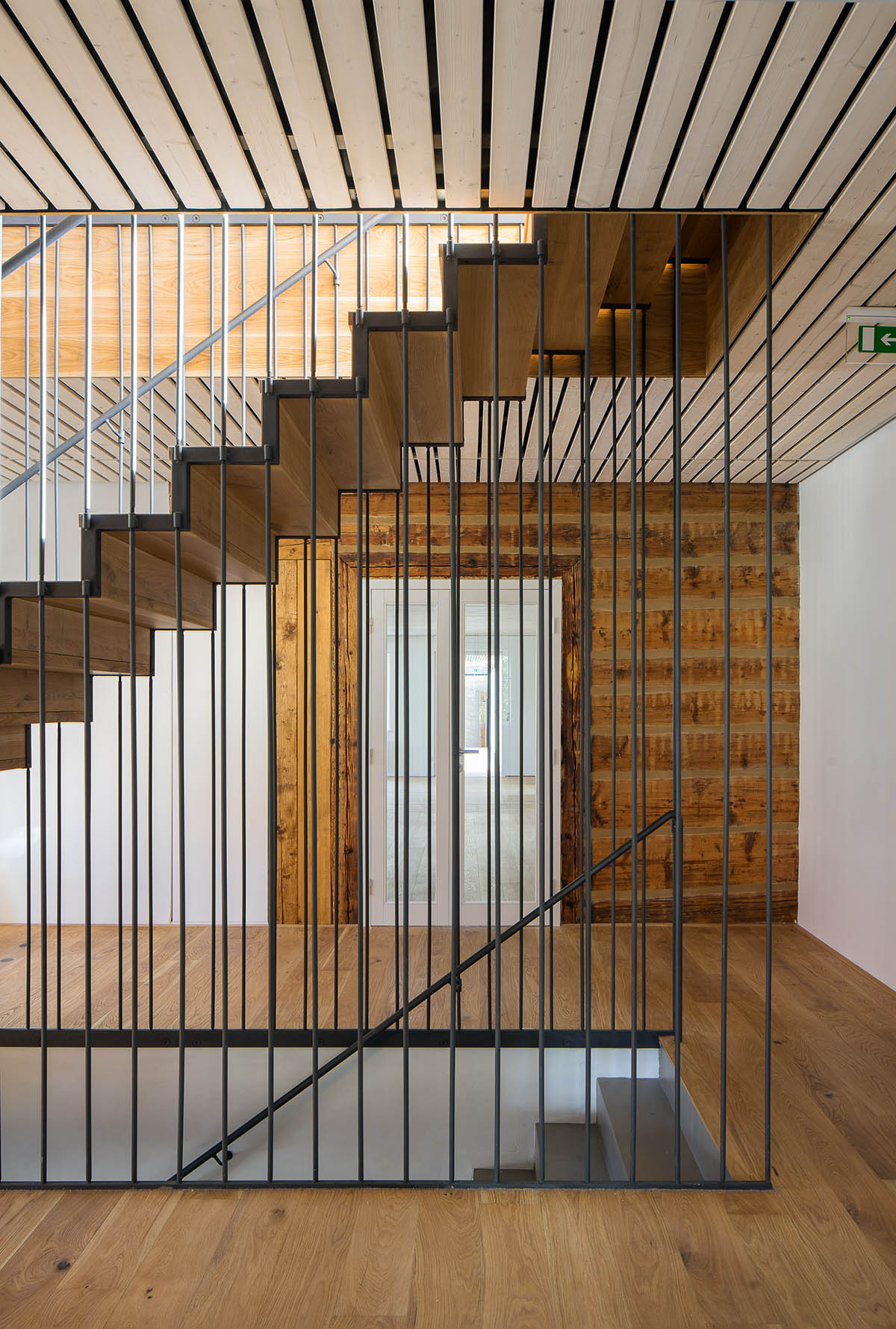 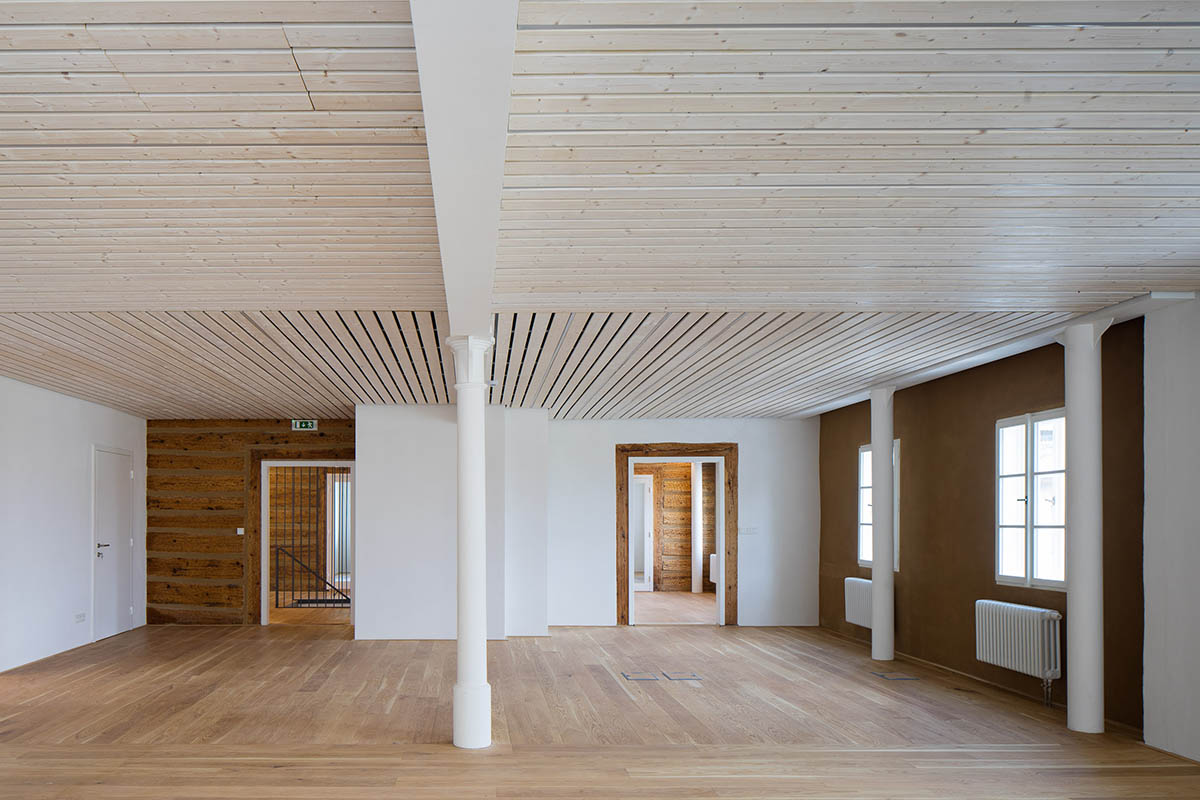 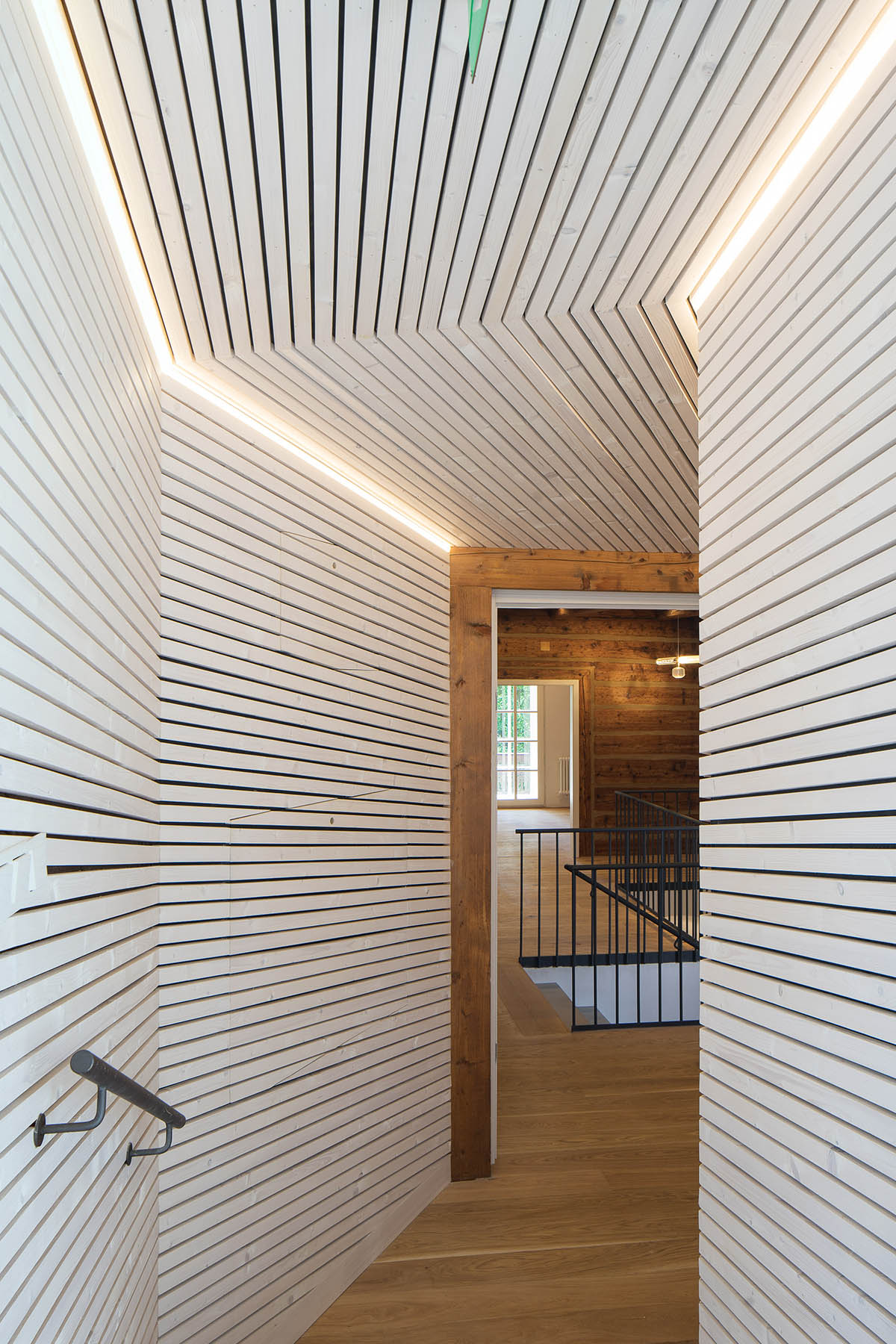 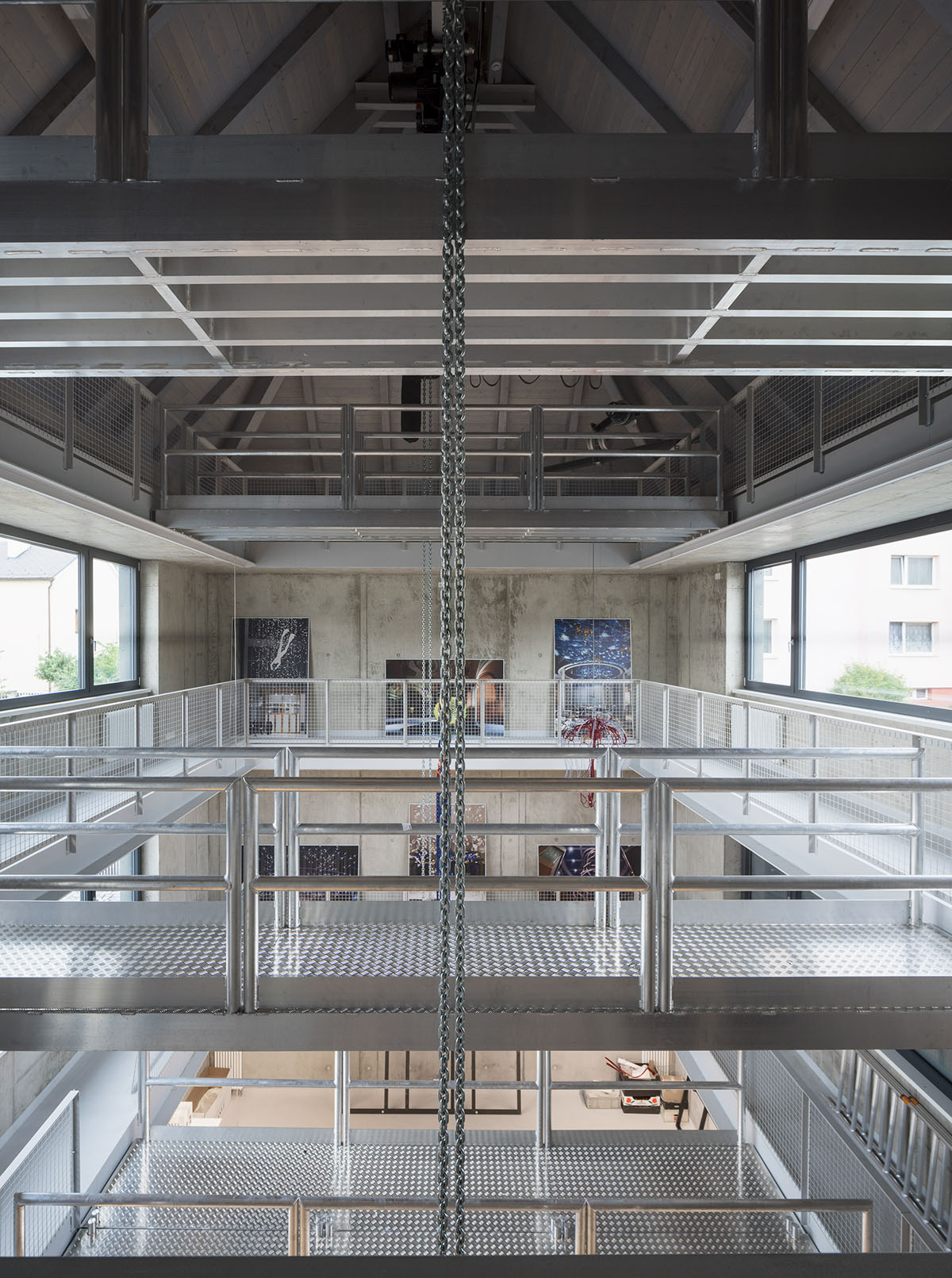 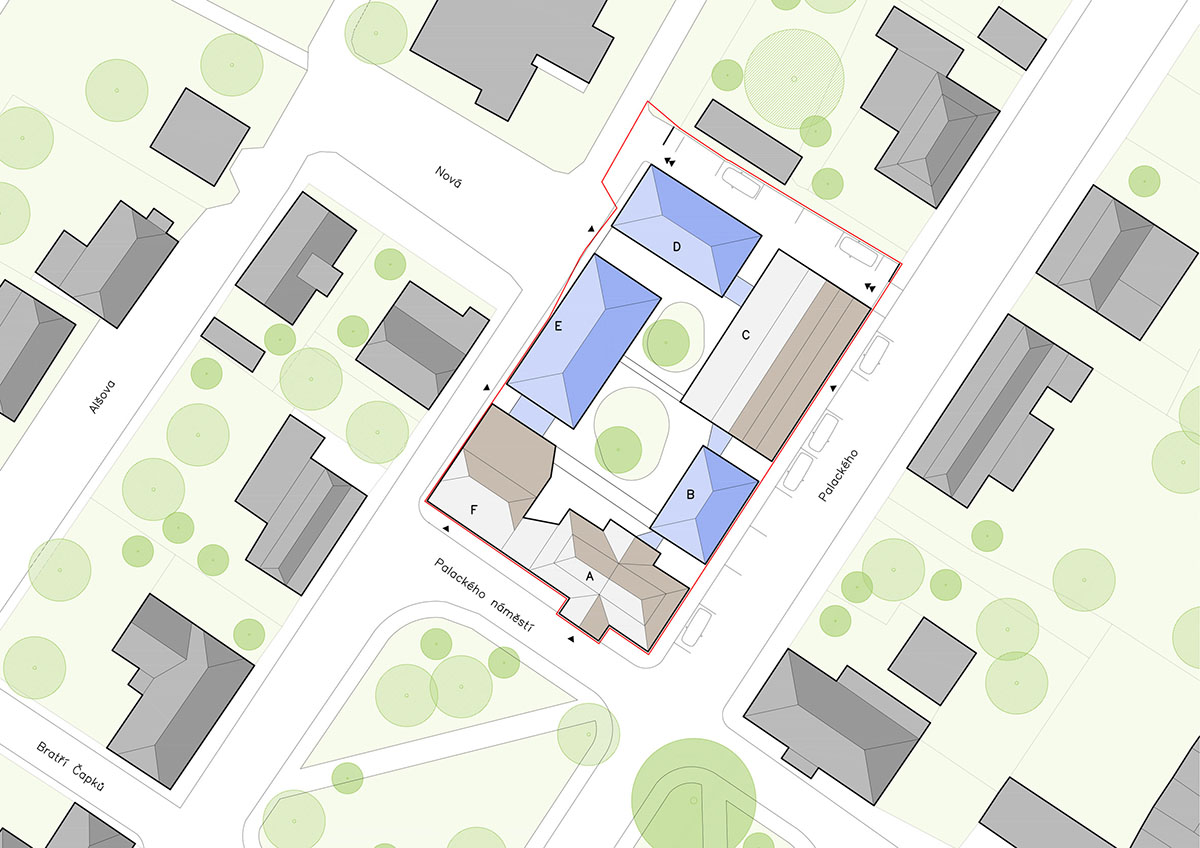 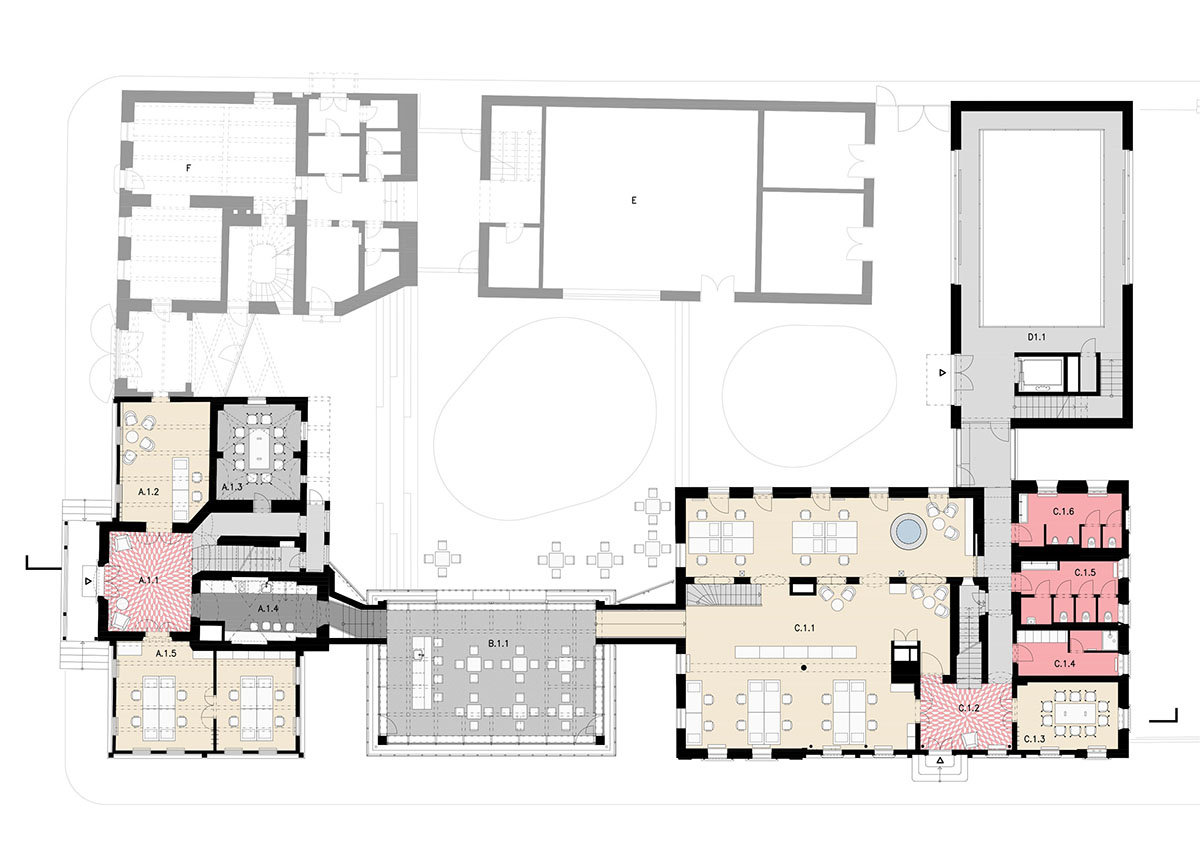 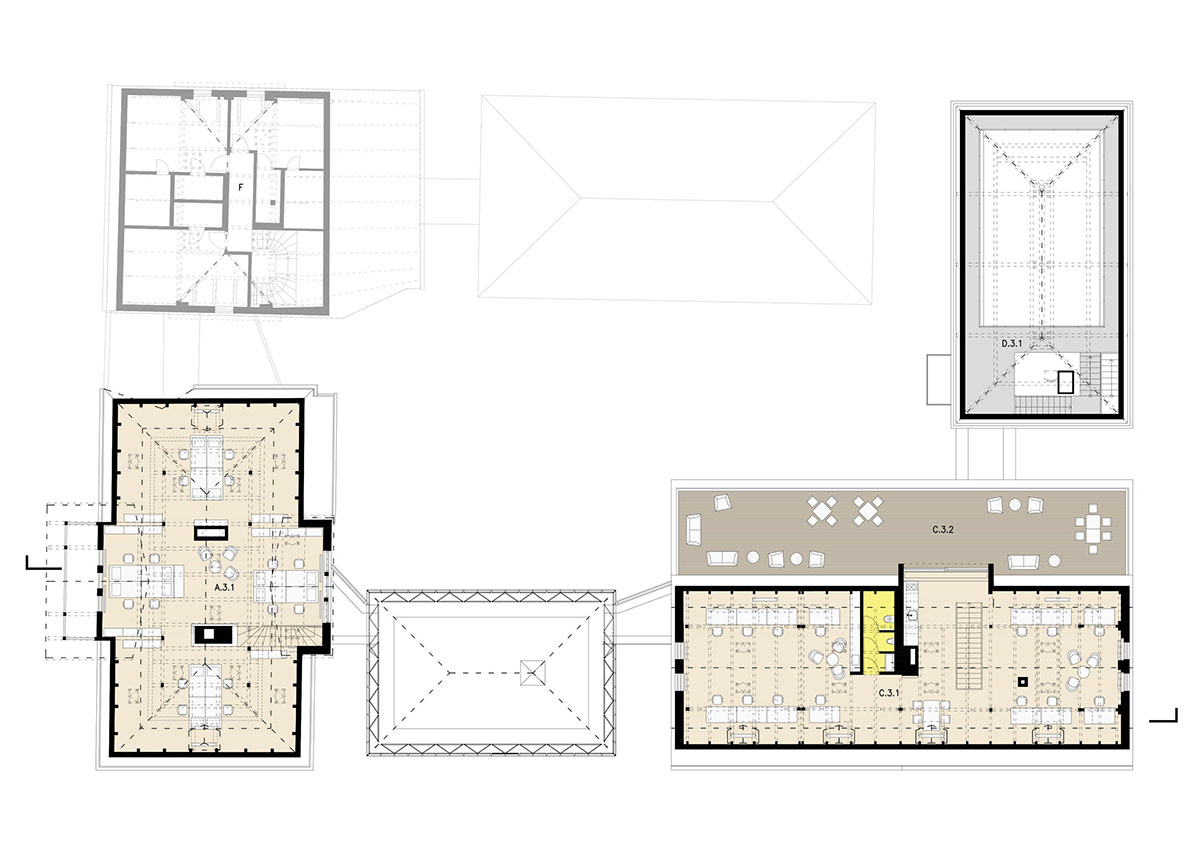 The OV-A architectural studio was founded by Jiří Opočenský and Štěpán Valouch in 2007. The studio's objective is to find unique answers to clients' unique requests.