The new interventions combine Chinese and Dutch cultures and creativity to create unique art village. The new program comprises a watchtower, a public hall, a new village museum, a library and artist studios that are arranged for the new functions that bring new life and creativity to the village. 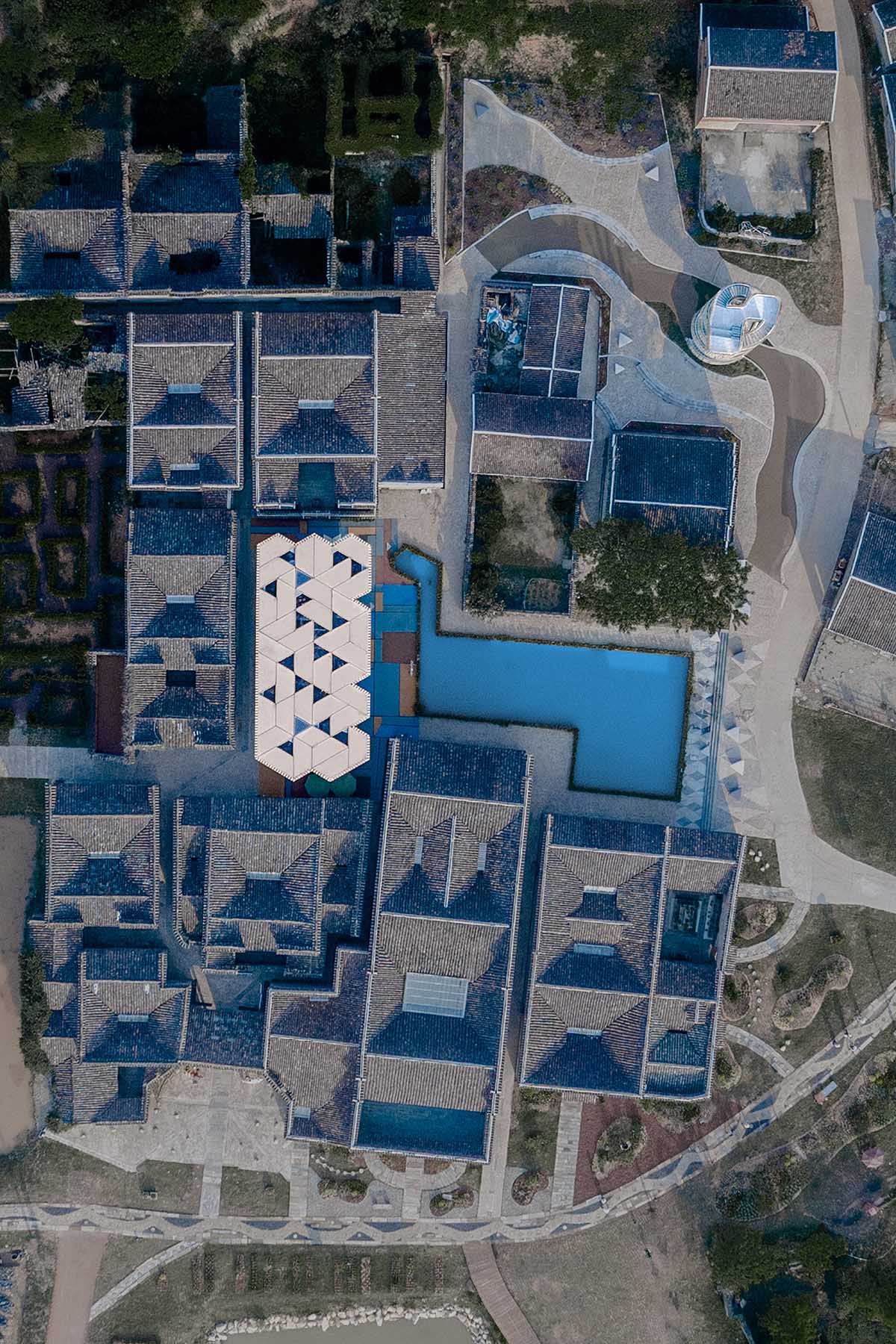 "China has undergone an unprecedented urbanisation process, from being a predominant rural society to having an estimated one billion Chinese living in cities in 2050," said NEXT architects.

"In this transformation so far, urban migration has left hundreds of thousands of villages abandoned. Many of these have dozens of generations of social, cultural and monumental value but are currently lacking major future significance."

The project was commissioned by the Government of Jinxi, Jiangxi Province to develop a strategy for one of its 102 abandoned villages, Dafang. NEXT architects was responsible for the masterplan, architecture and interior. 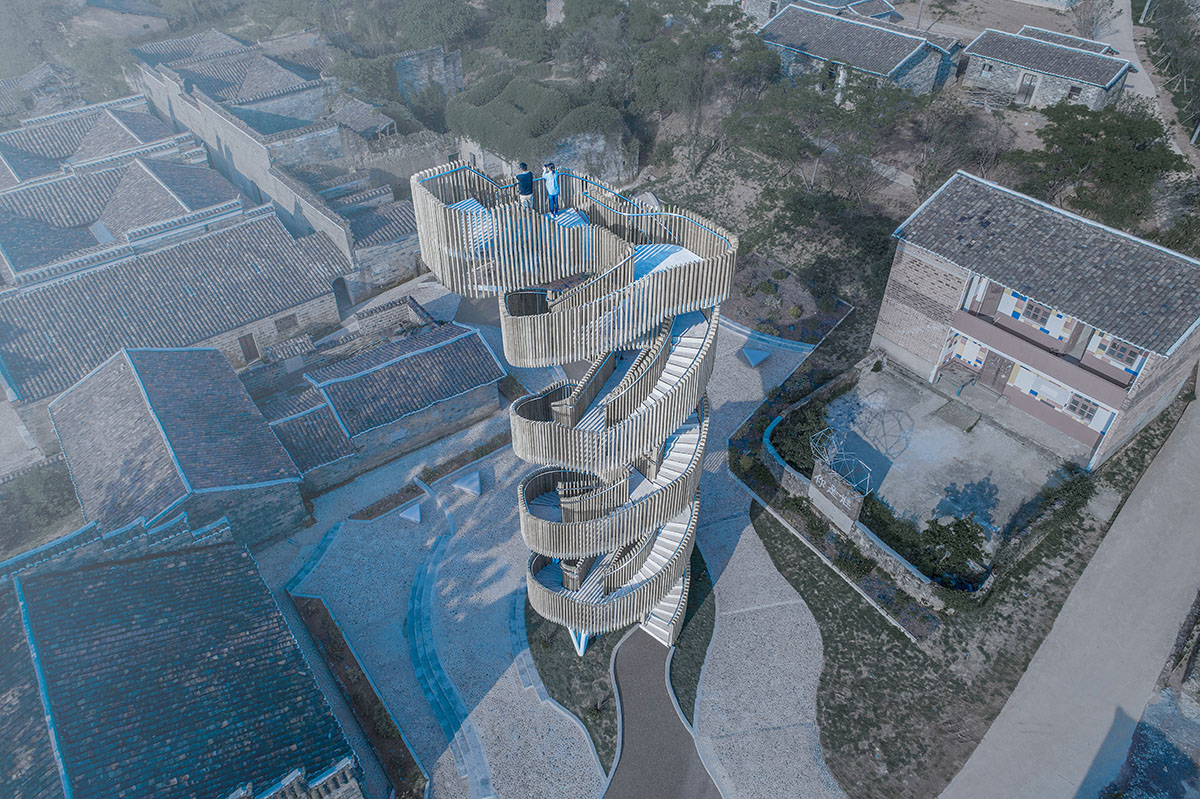 "Rural revitalization is one of China’s key future developments. We believe this asks for the design of balance between old and new, living and visiting, history and future," said John van de Water, partner NEXT architects Beijing.

Dafang has over 900 years of history but with only a few Ming and Qing Dynasty artefacts remaining, it had been dilapidated for over ten years. The Jinxi governments’ "wish for Dutchness to revitalise Dafang" was translated into the design strategy: 'adapt to newness’. NEXT architects designed a flexible and attractive environment for Chinese and Dutch artists to work, interact and exhibit locally. 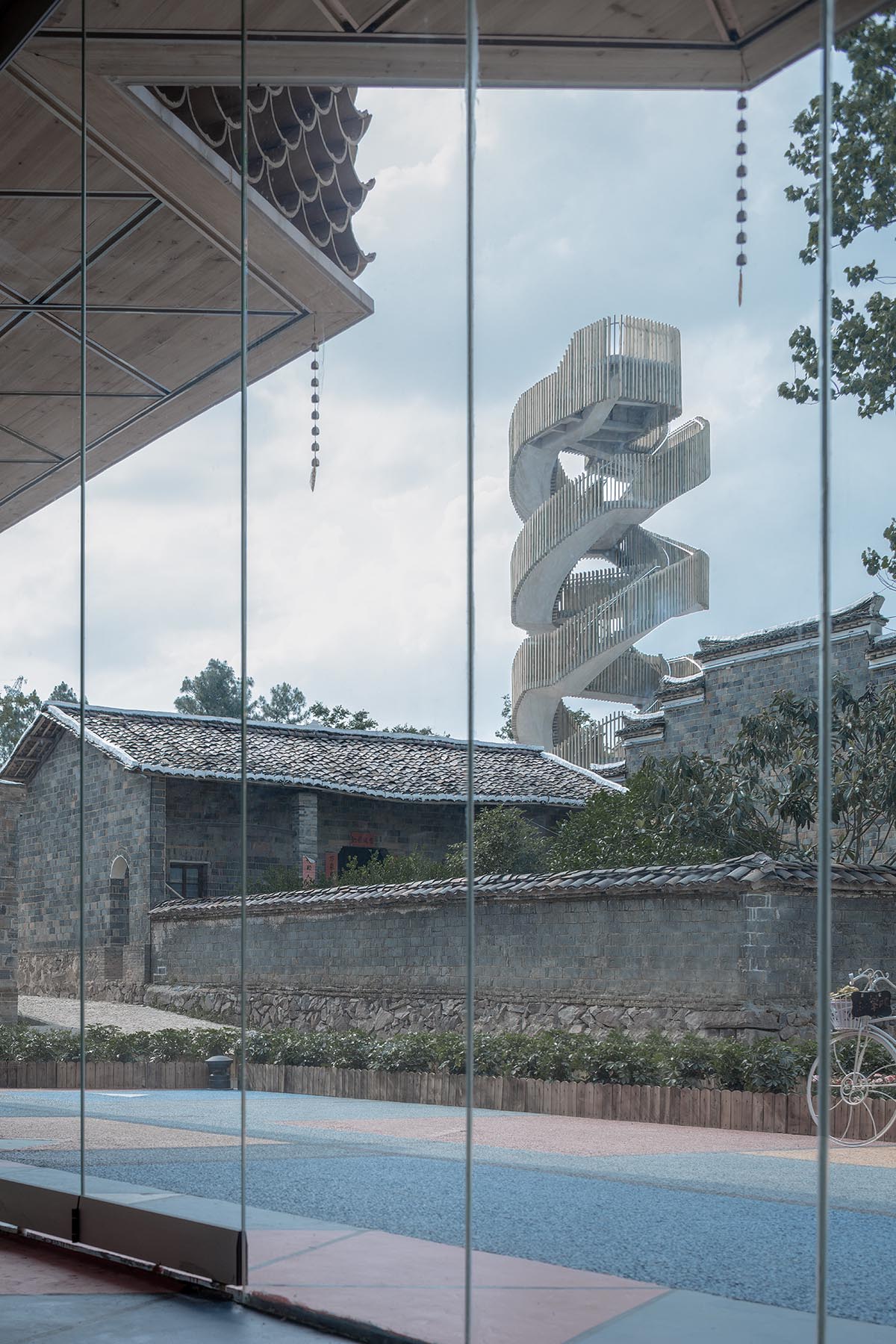 The whole village, including its architecture and landscape, becomes an interactive environment constantly able to re-invent itself. As a result, a new generation of visitors and inhabitants will be attracted and inspired.

Interventions are designed on three levels. Firstly, urban space, architecture and landscape are restored where possible, with new materials, creating a dialogue between old and new elements.

For example: glass roof tiles are used to restore the roofs of the old houses and the ancient irrigation system has been restored adding elements such as a natural helophyte filter to clean the water. 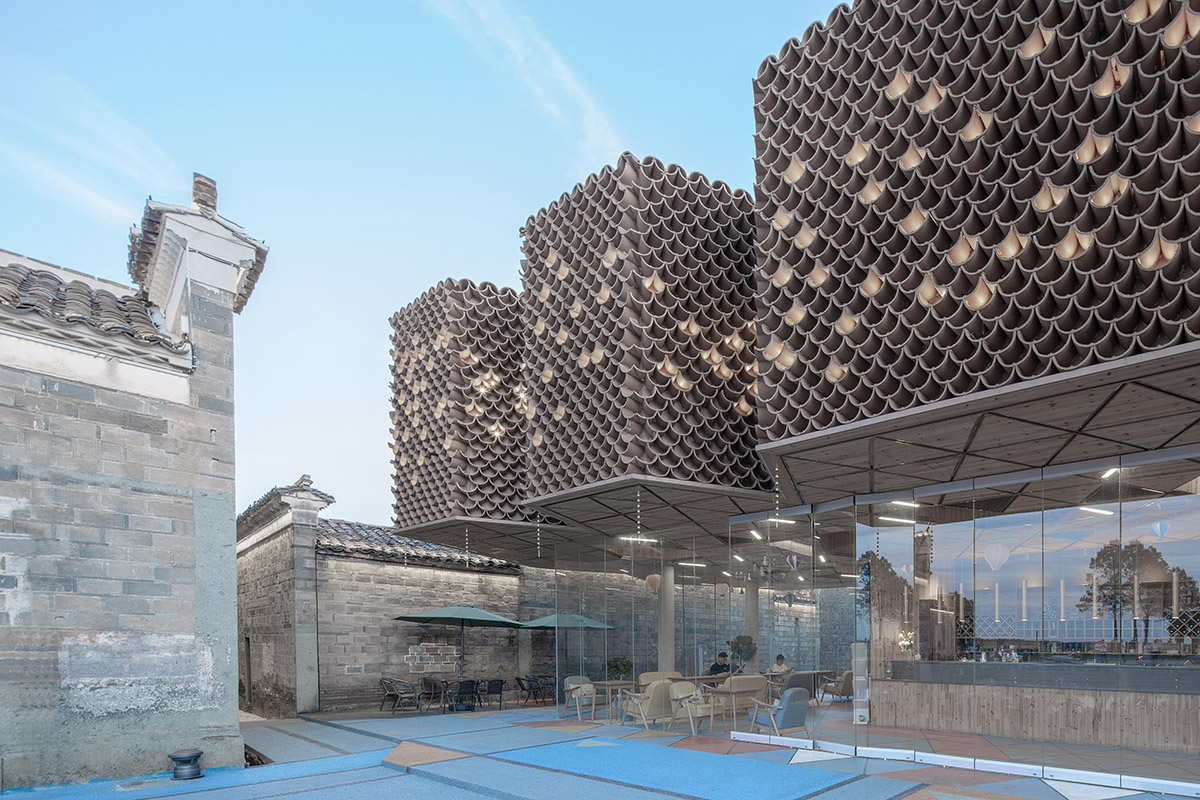 Secondly, the team have added a watchtower and public hall - these are the new building structures that take cues from on-site precedents. Ancient villages in this area all had watchtowers for defense purposes.

With the original tower long gone, a new watchtower has been designed in which two intertwining routes embrace each-other, loosely resembling a giant Chinese ‘dragon column’. 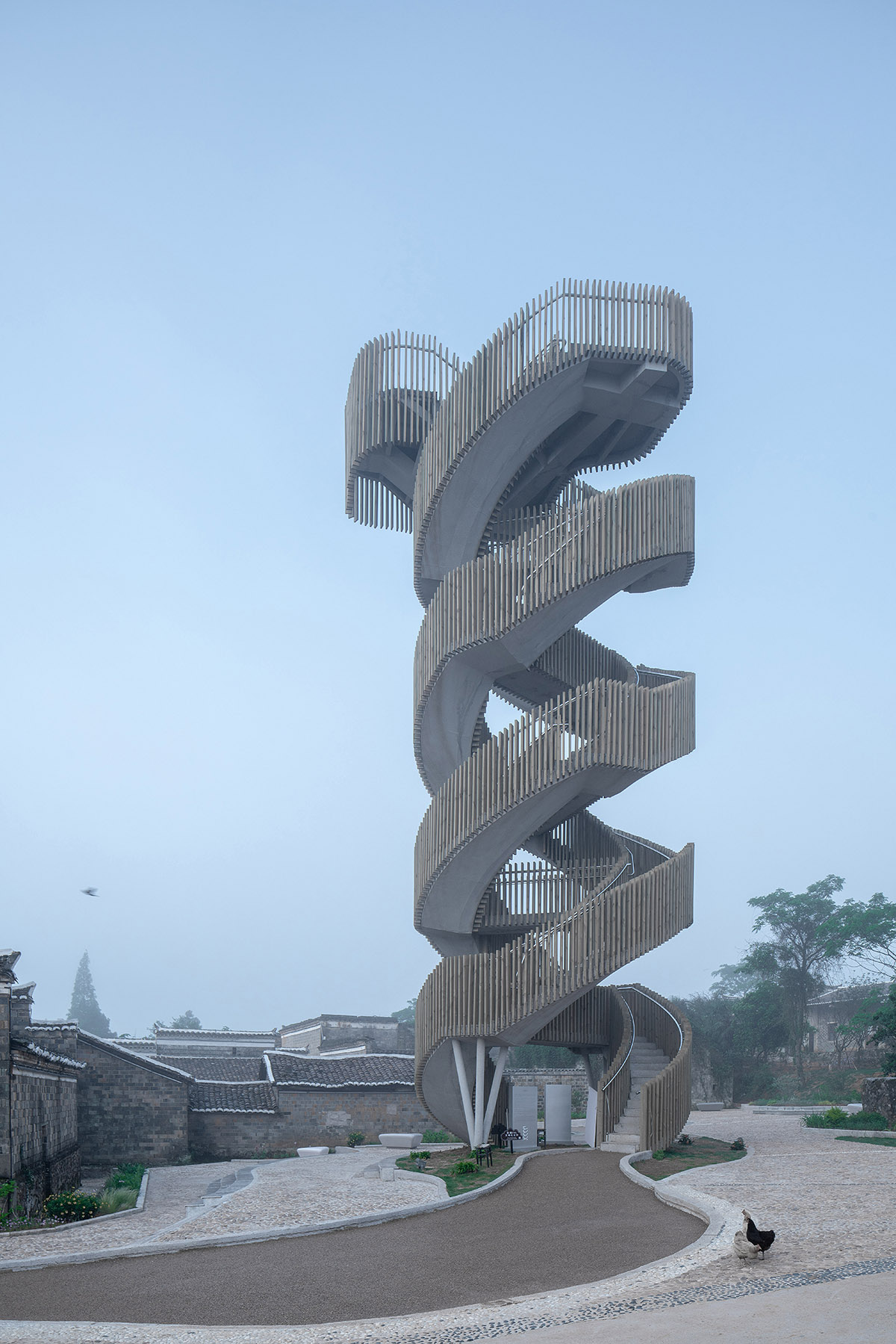 The watchtower provides alternating views over old and new in the village, as well as views as far as over the rural landscape towards the mountains at the horizon. Locally, the watchtower is embraced as the ‘Wandering Tower’, reminiscing a poem of the famous Chinese poet Li Bai about people waiting for loved ones to return to their hometowns.

In the center of the village, a new public hall is realised. The hall is built on the former site of a courtyard building that was destroyed during the cultural revolution. 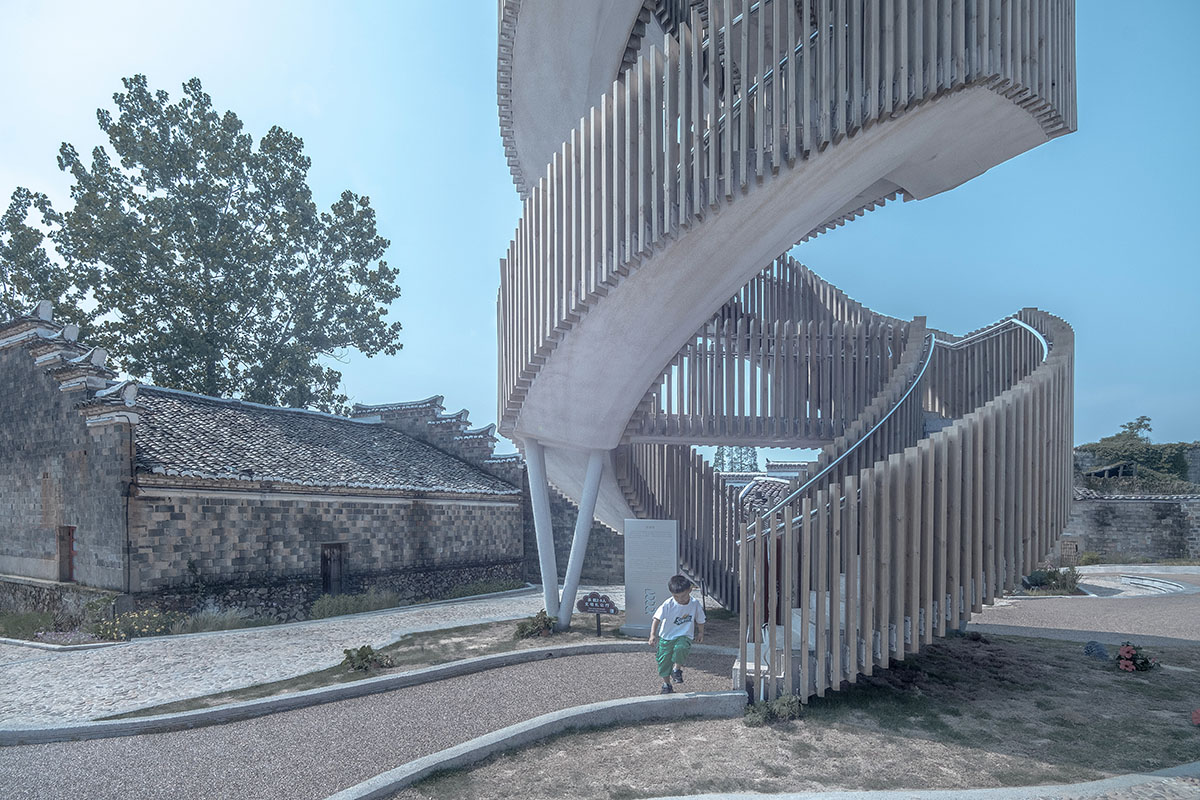 The inspiration and shape for the unique roof comes from a century-old camphor tree outside the village, whose lofty canopy for decades provided a gathering space for the villagers.

The camphor hall dissolves in the fabric of the village and provides a shaded collective space. The terracotta tiled facade provides places for birds to build nests. 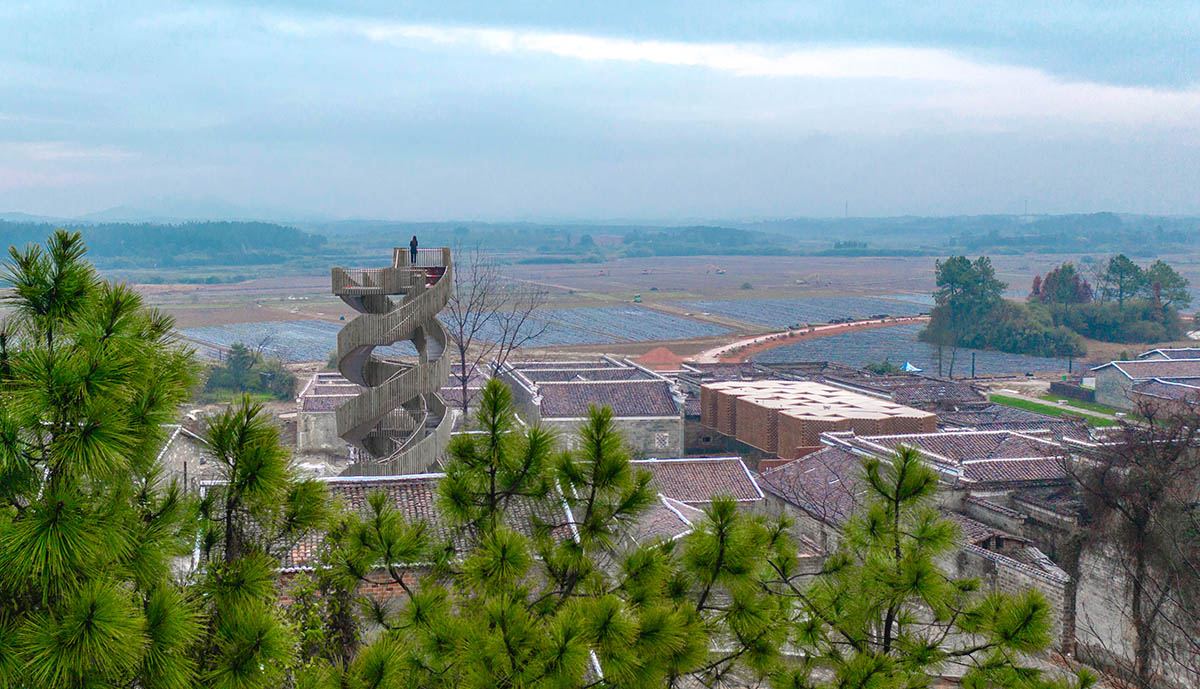 Thirdly, there is the programming of the spaces through art and activity. A new village museum, a library and artist studios are amongst the new functions that bring new life and creativity to the village.

Artist are allowed to react on the village structures: to add, change, and transform its context. The floor of the public hall has for example been painted in a Mondrian-like pattern by a Chinese artist. Dutch artist Herman Lamers has installed an airplane in an old house, called ‘The Dream’. 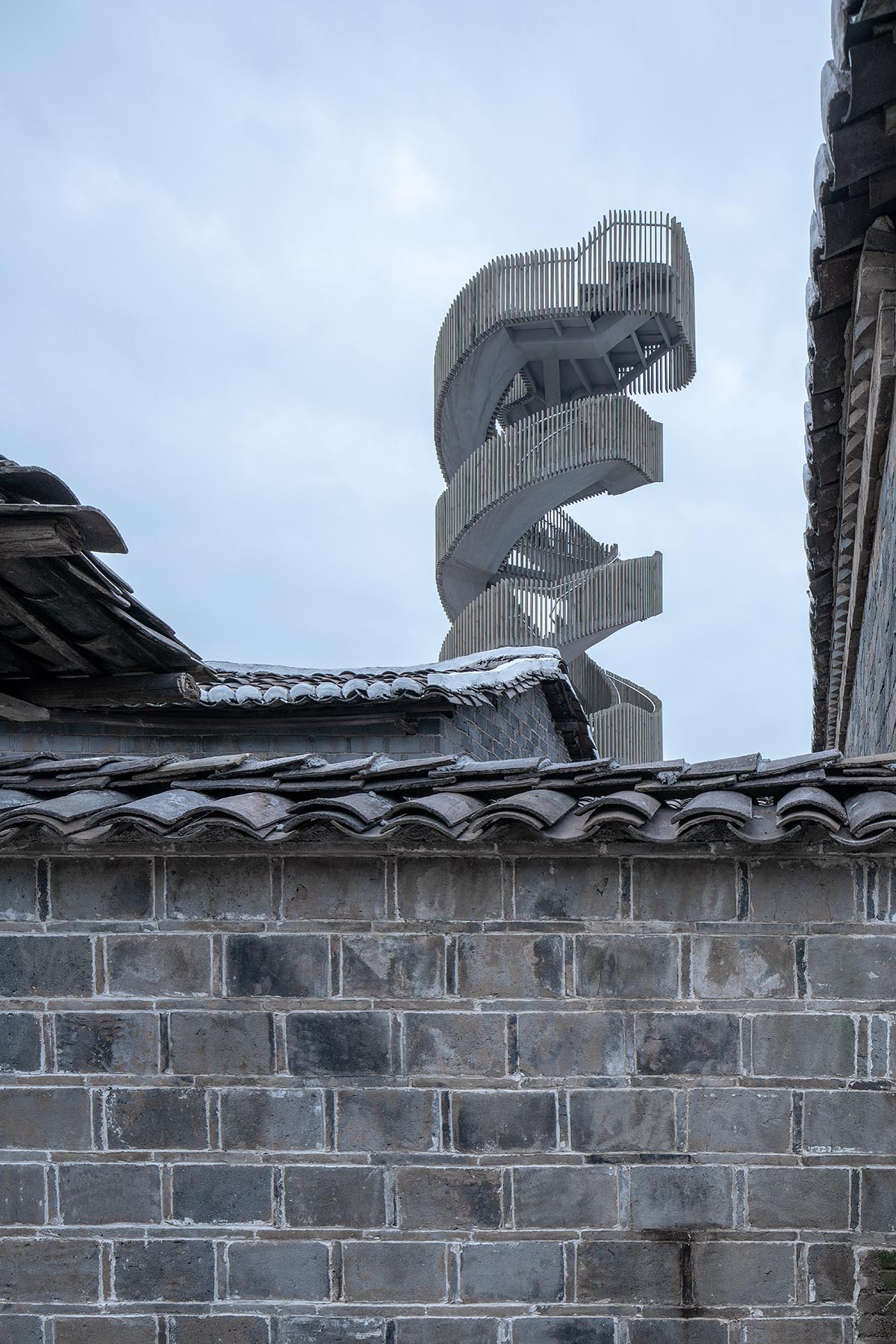 "We hope it will have a - positive lasting - social and cultural impact and will provide a new development model for abandoned Chinese villages," added Xiaofei. 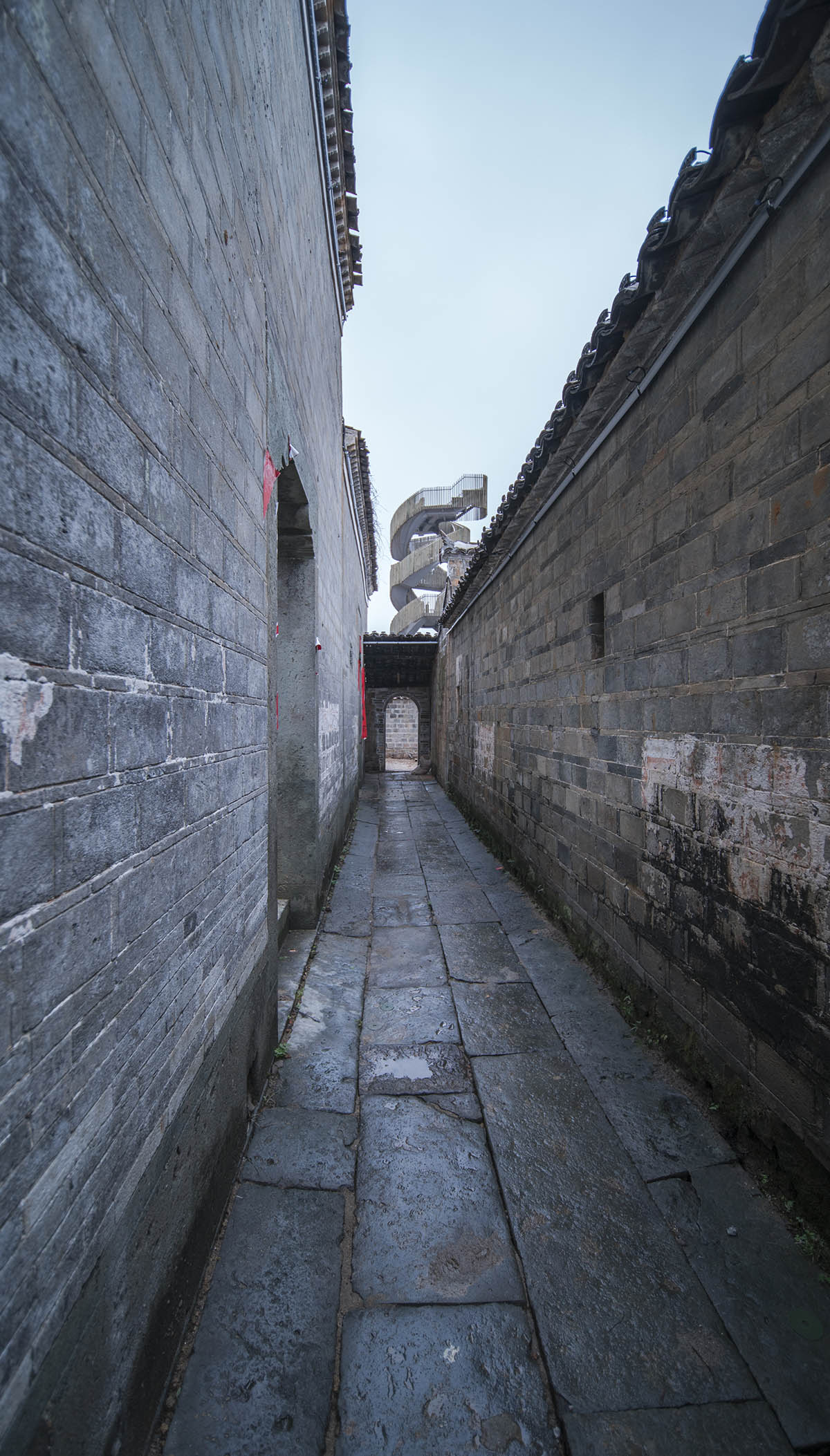 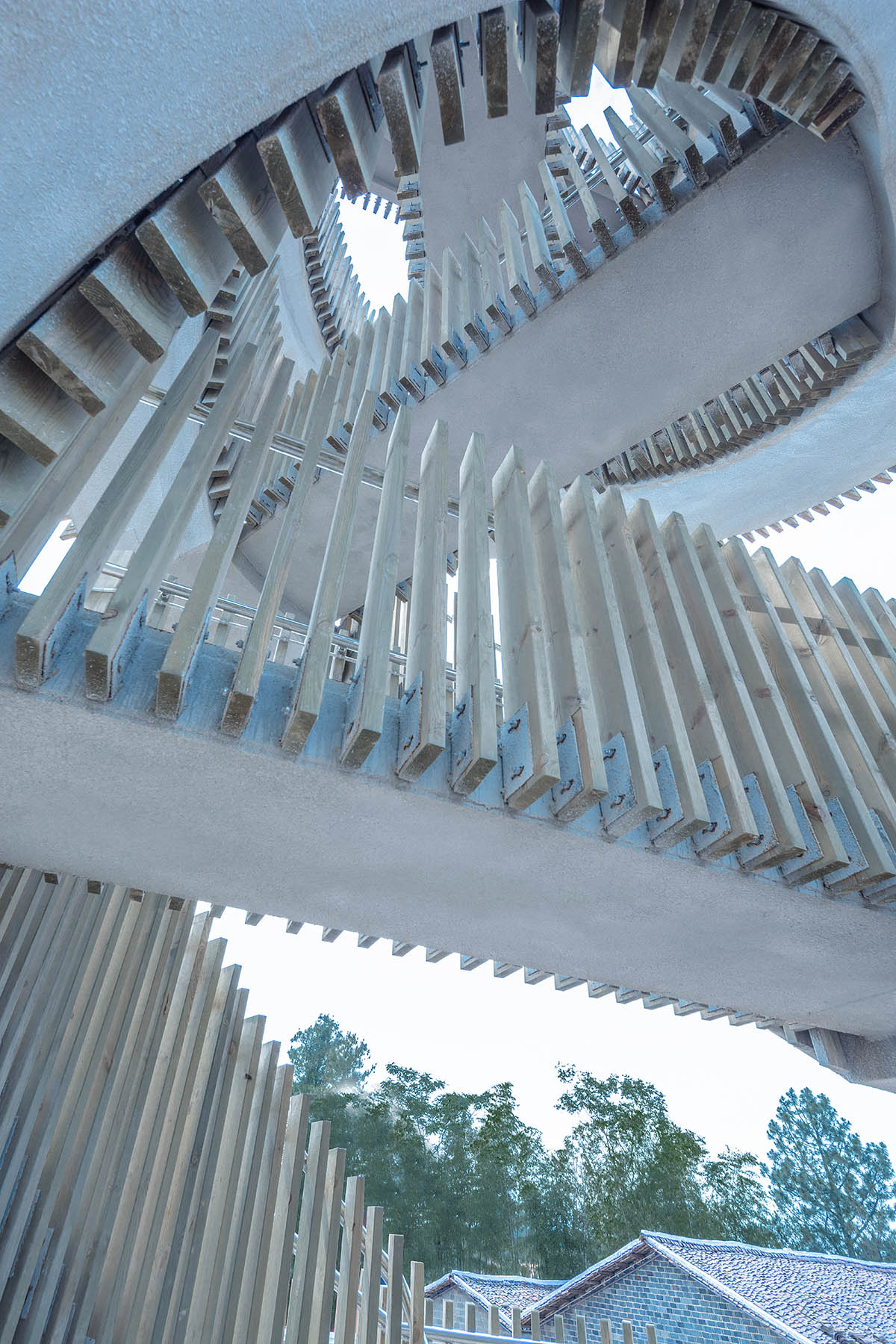 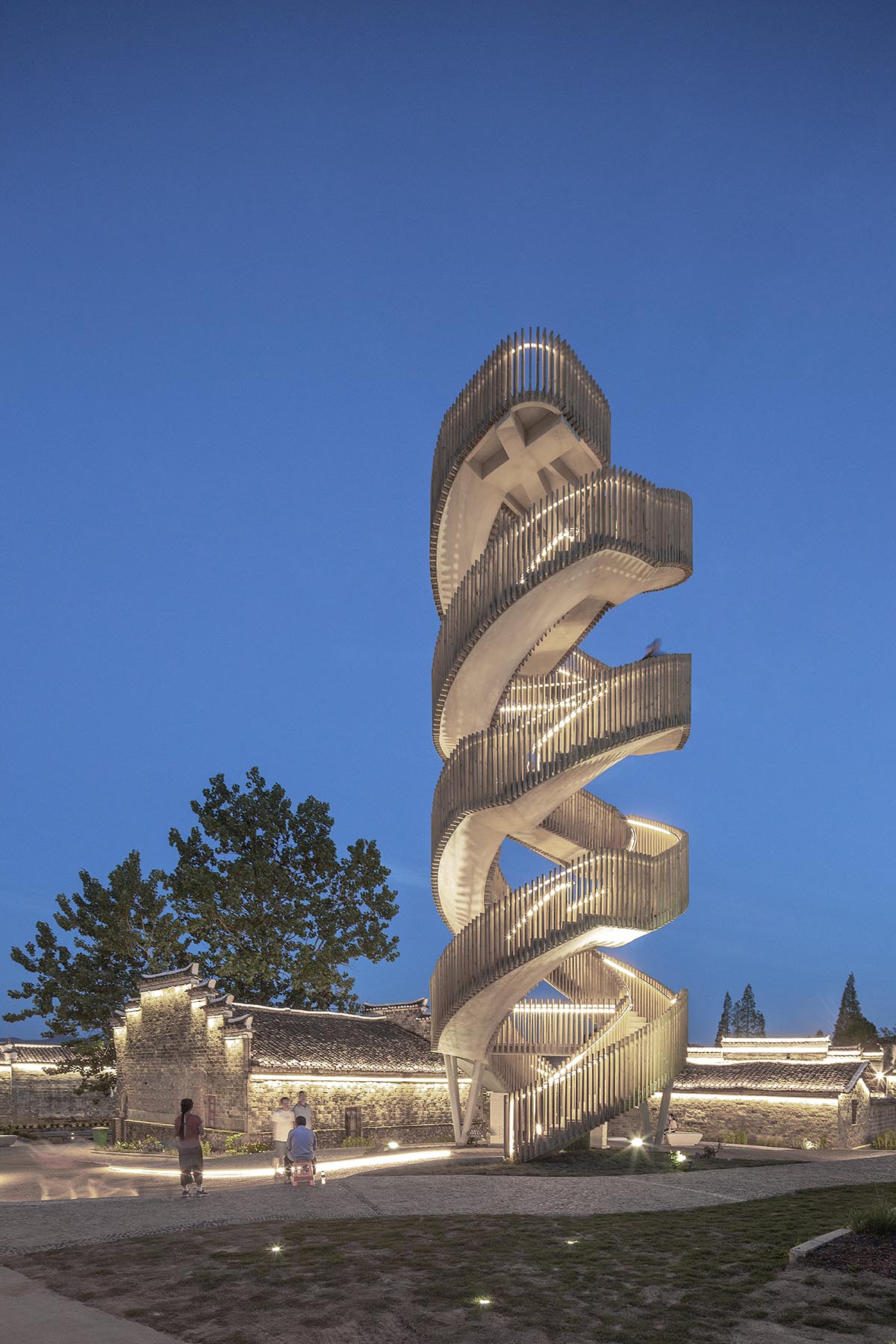 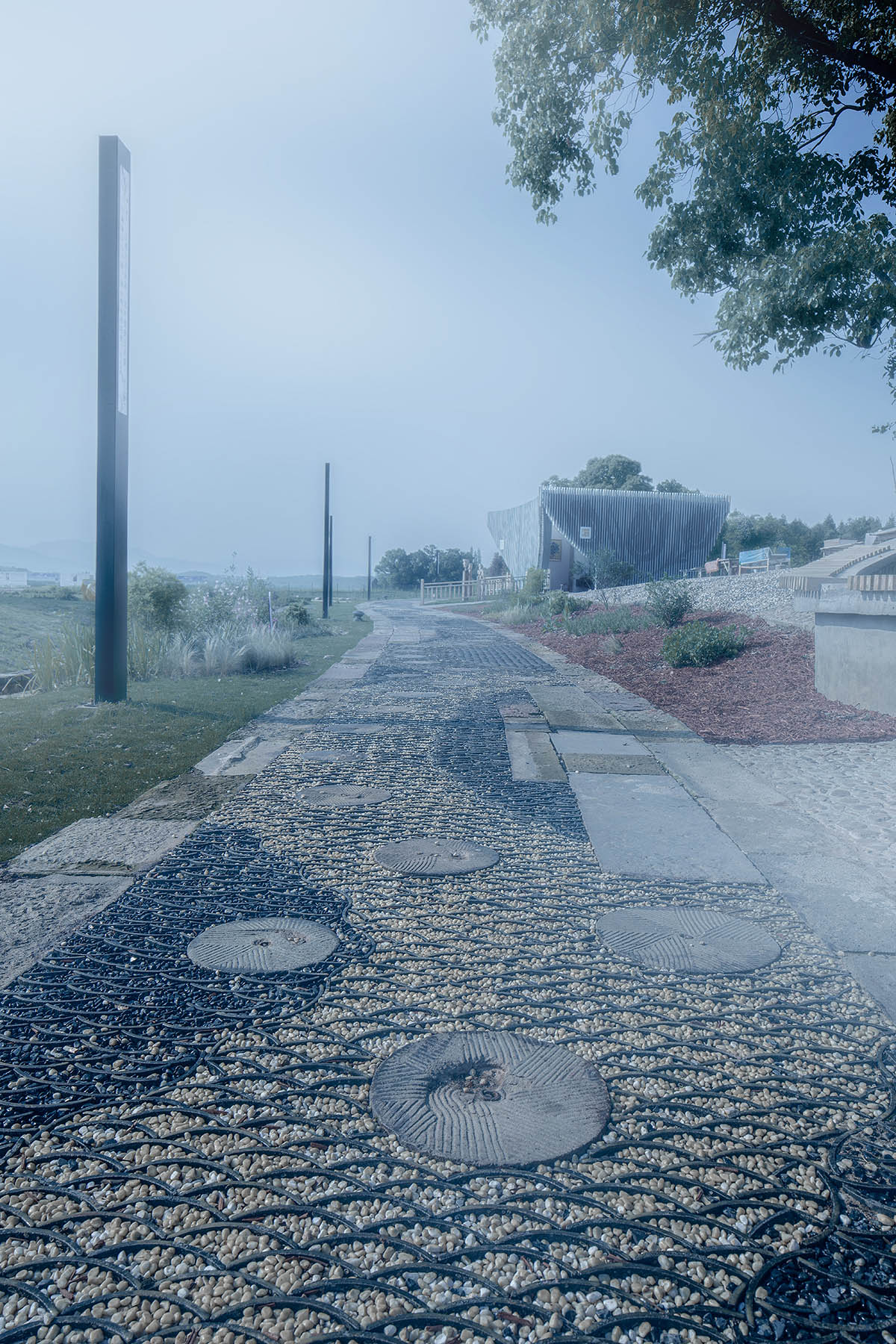 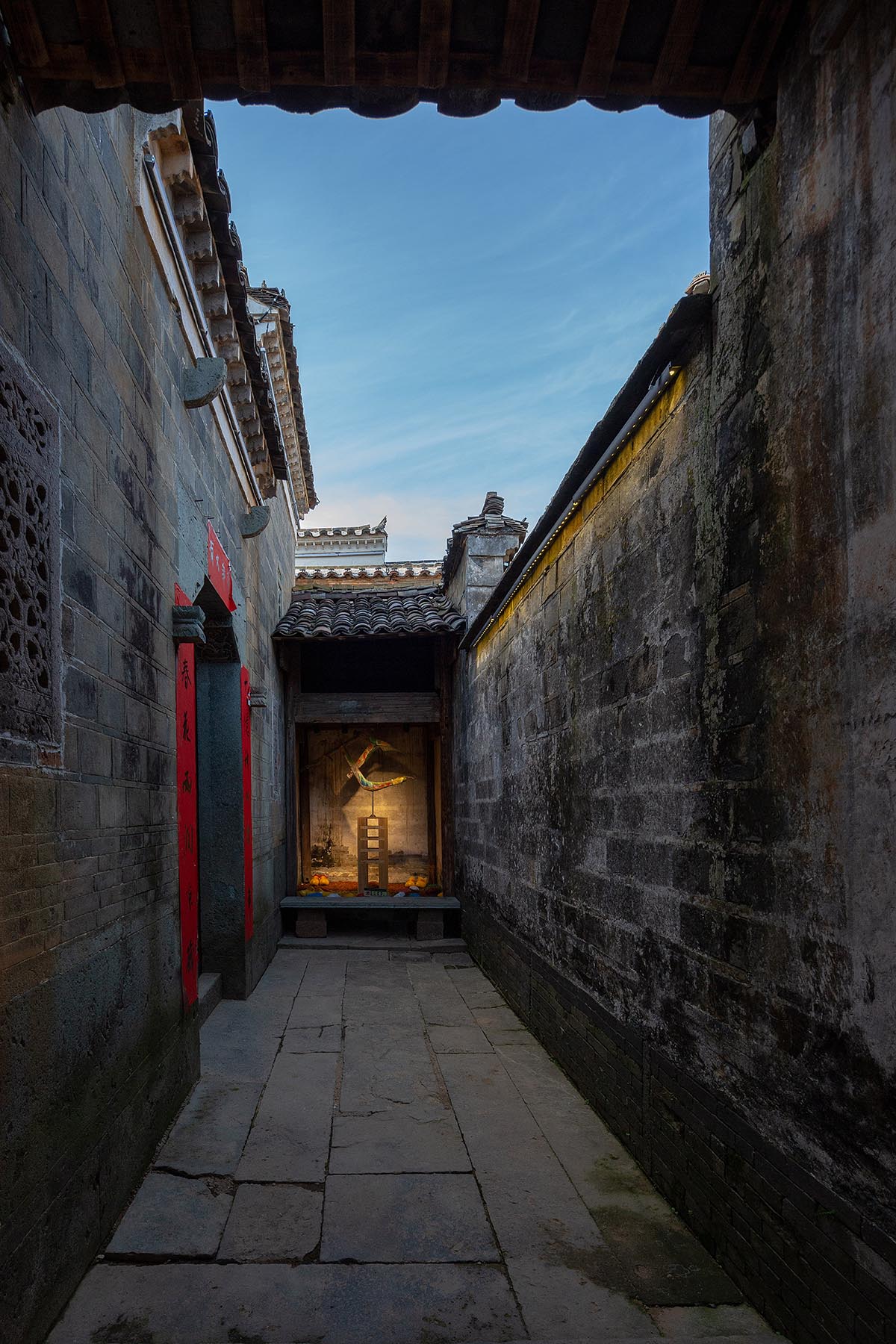 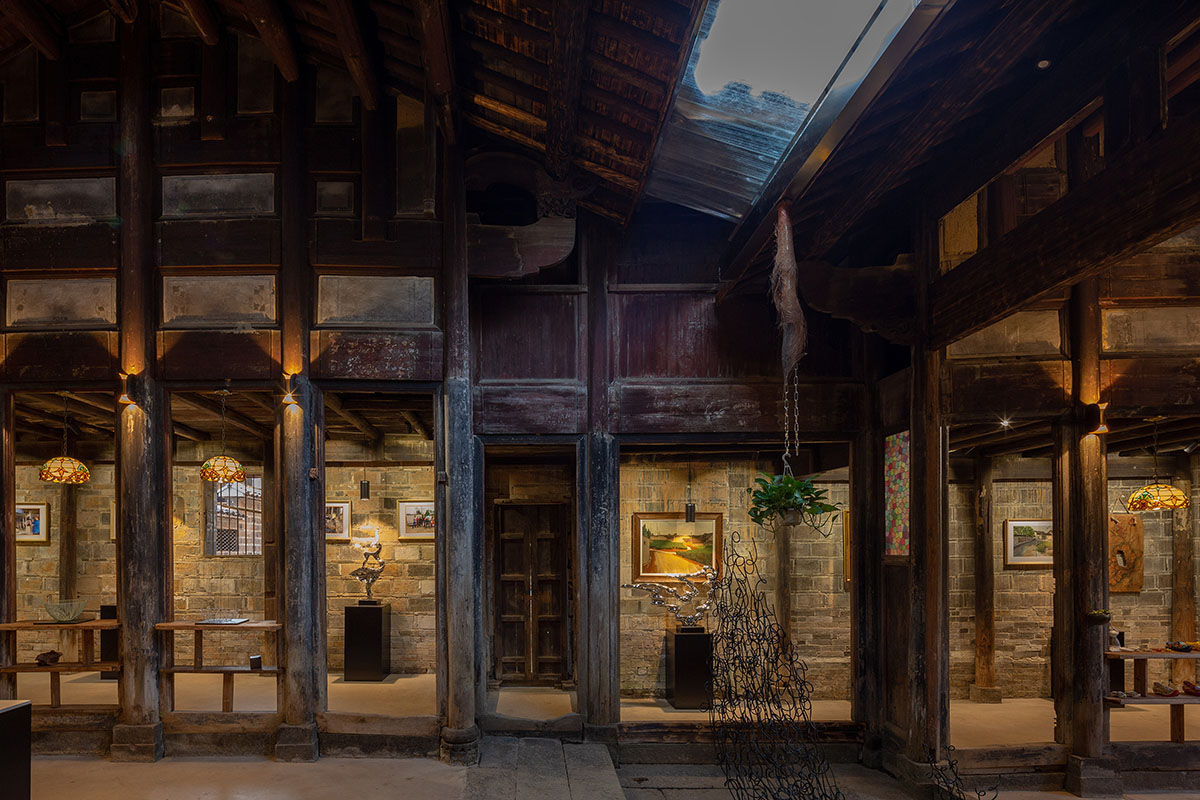 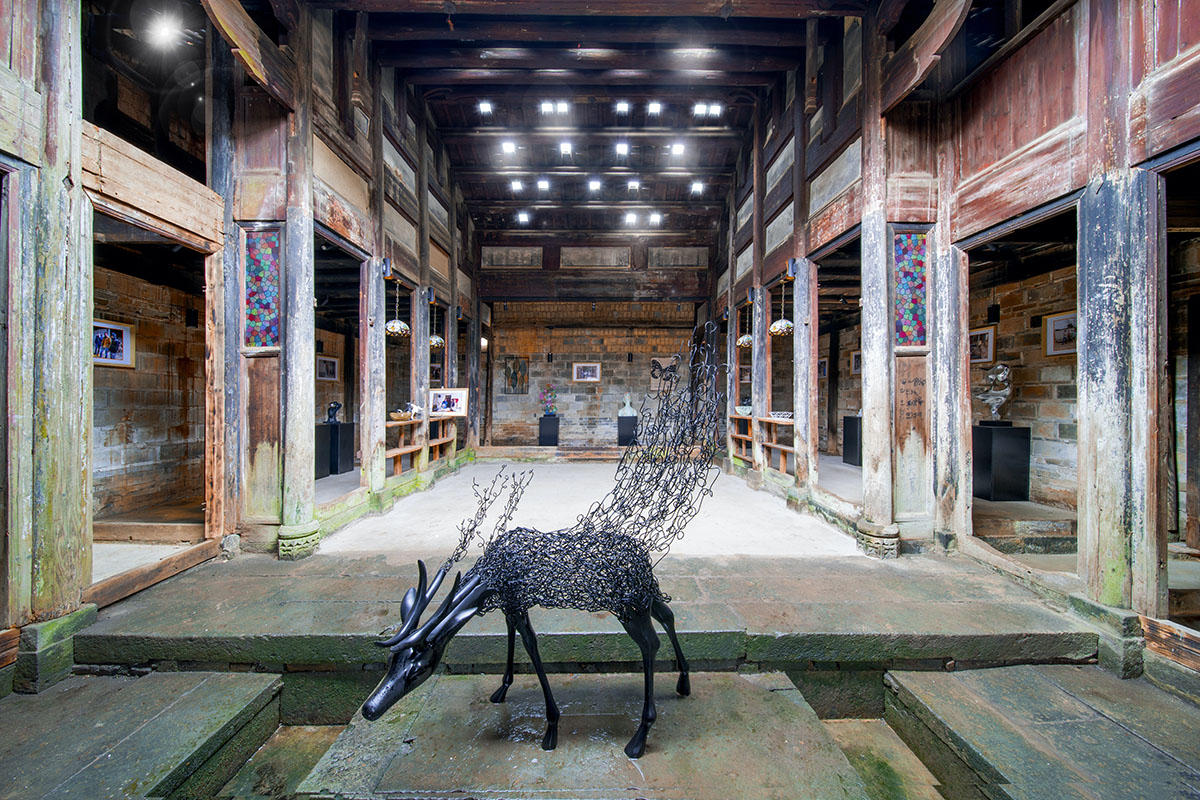 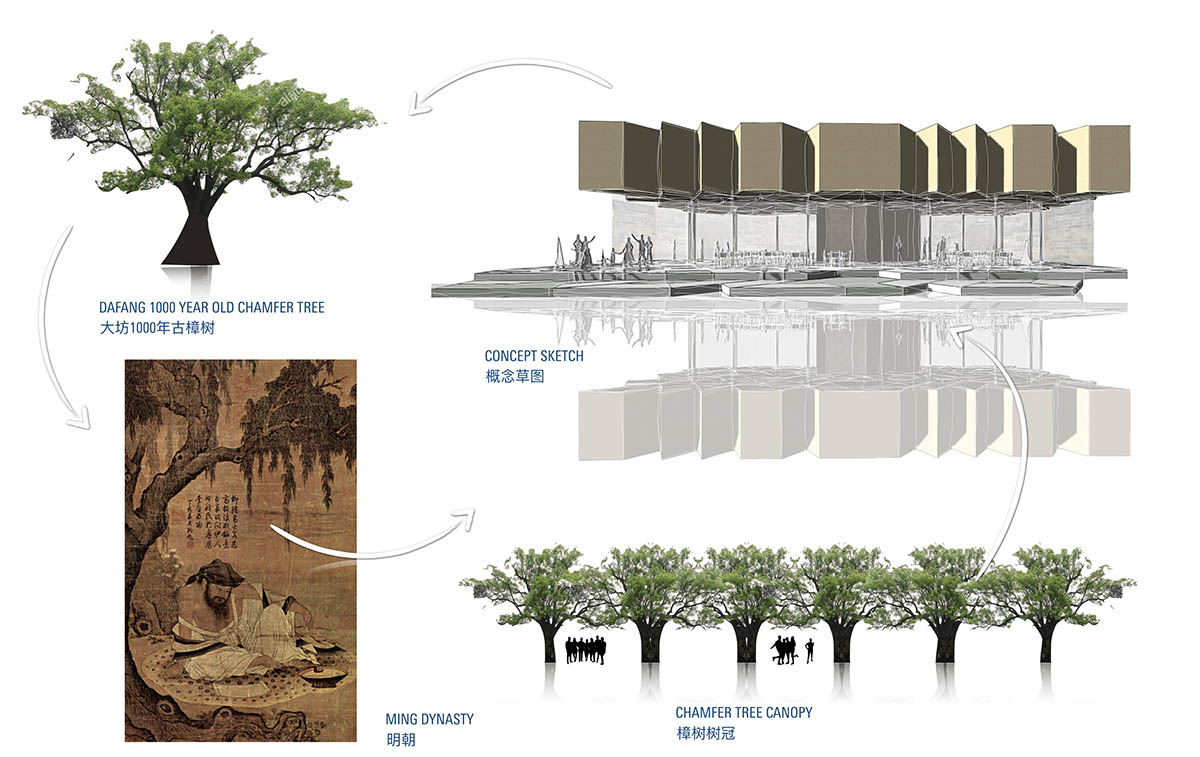 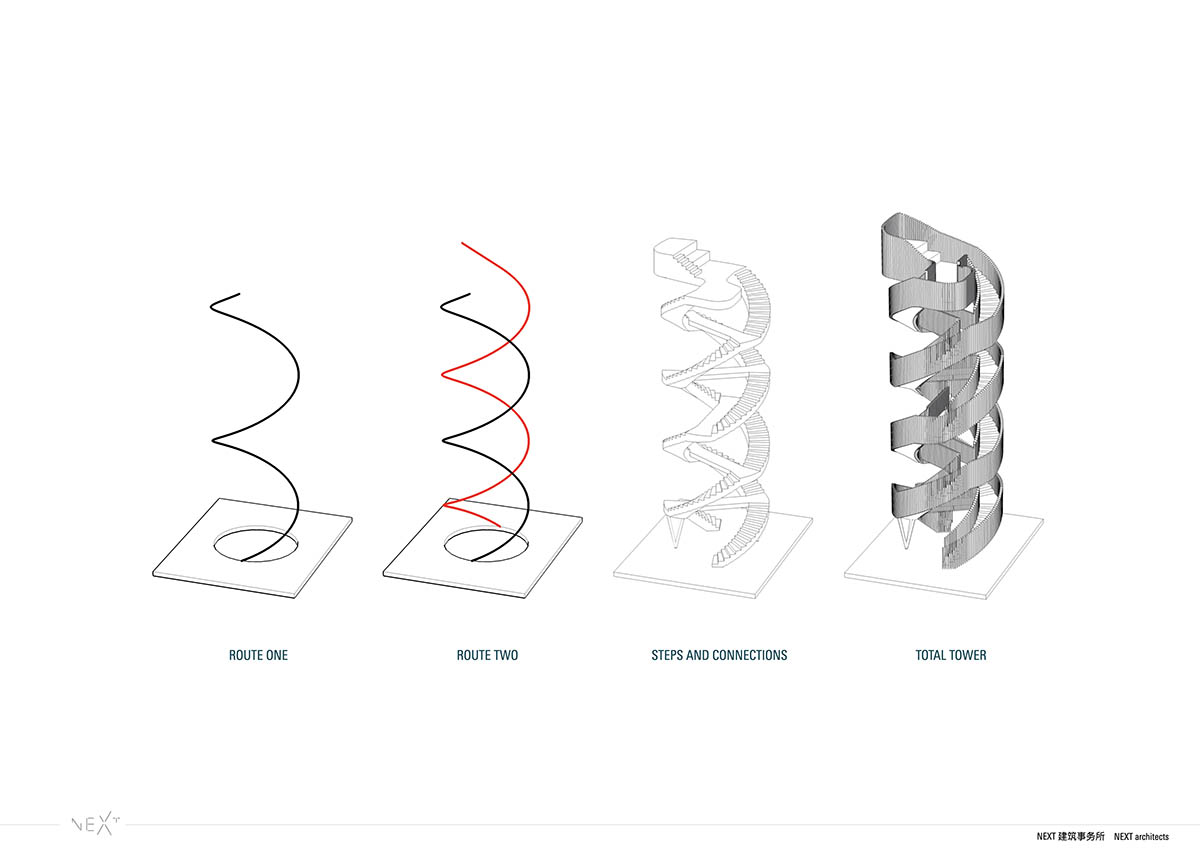 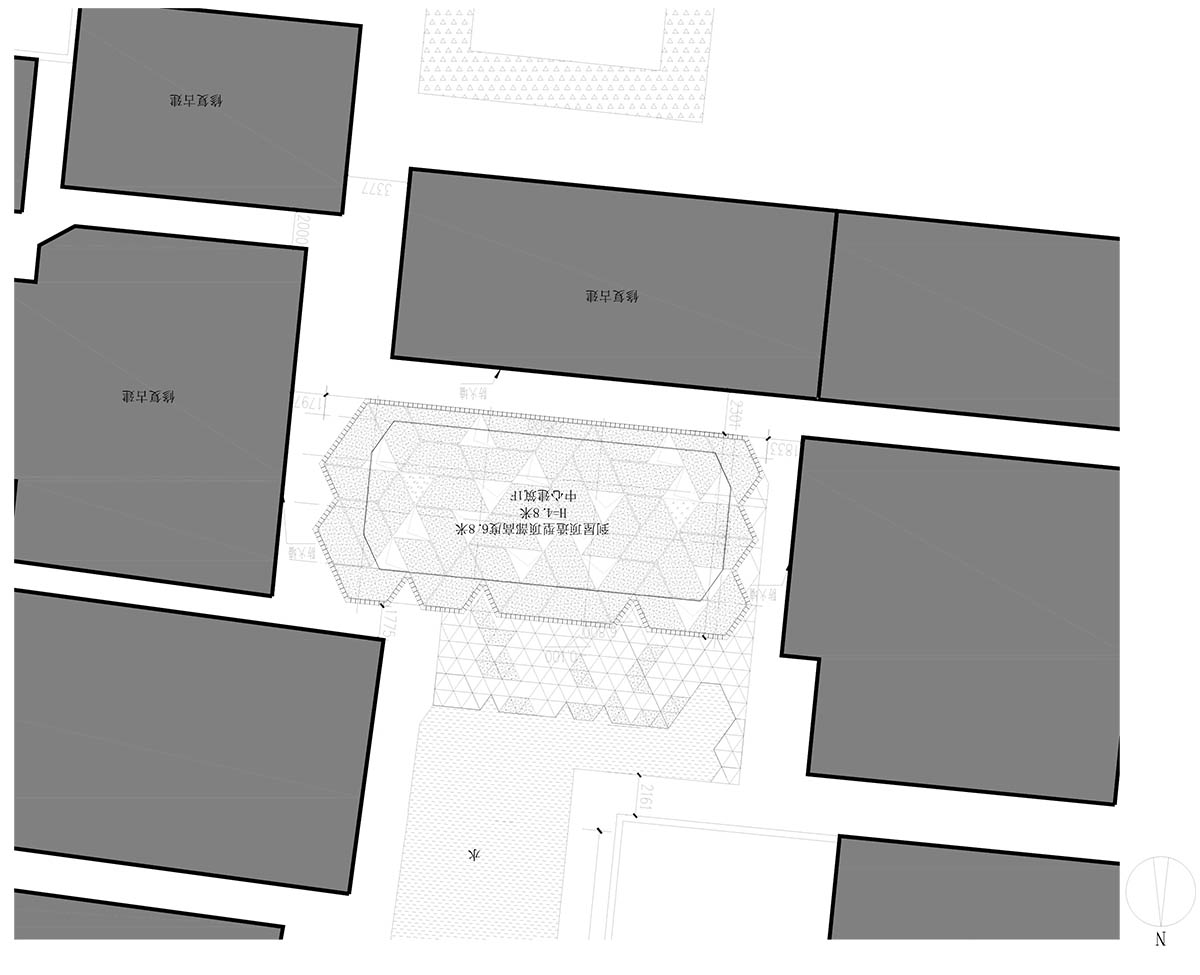 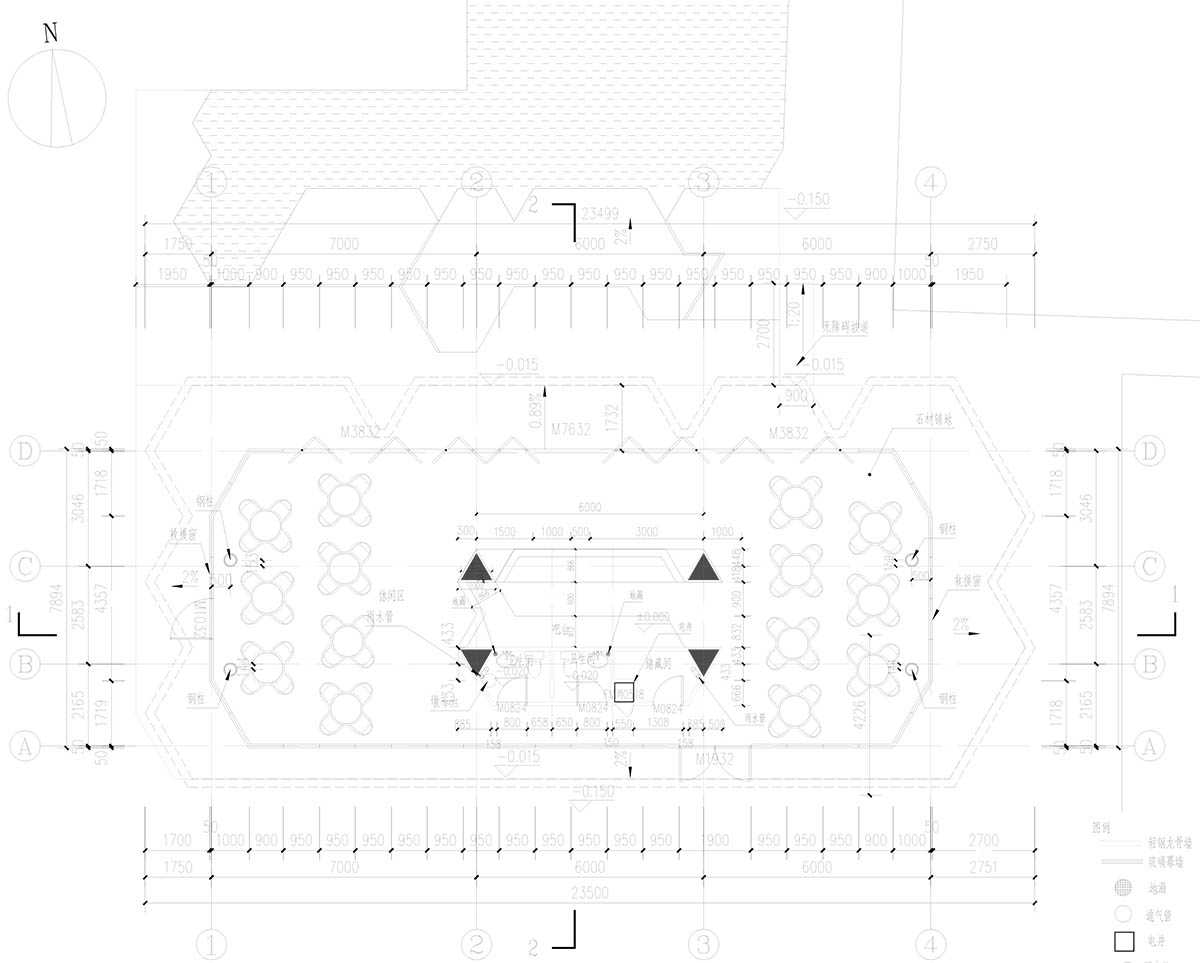 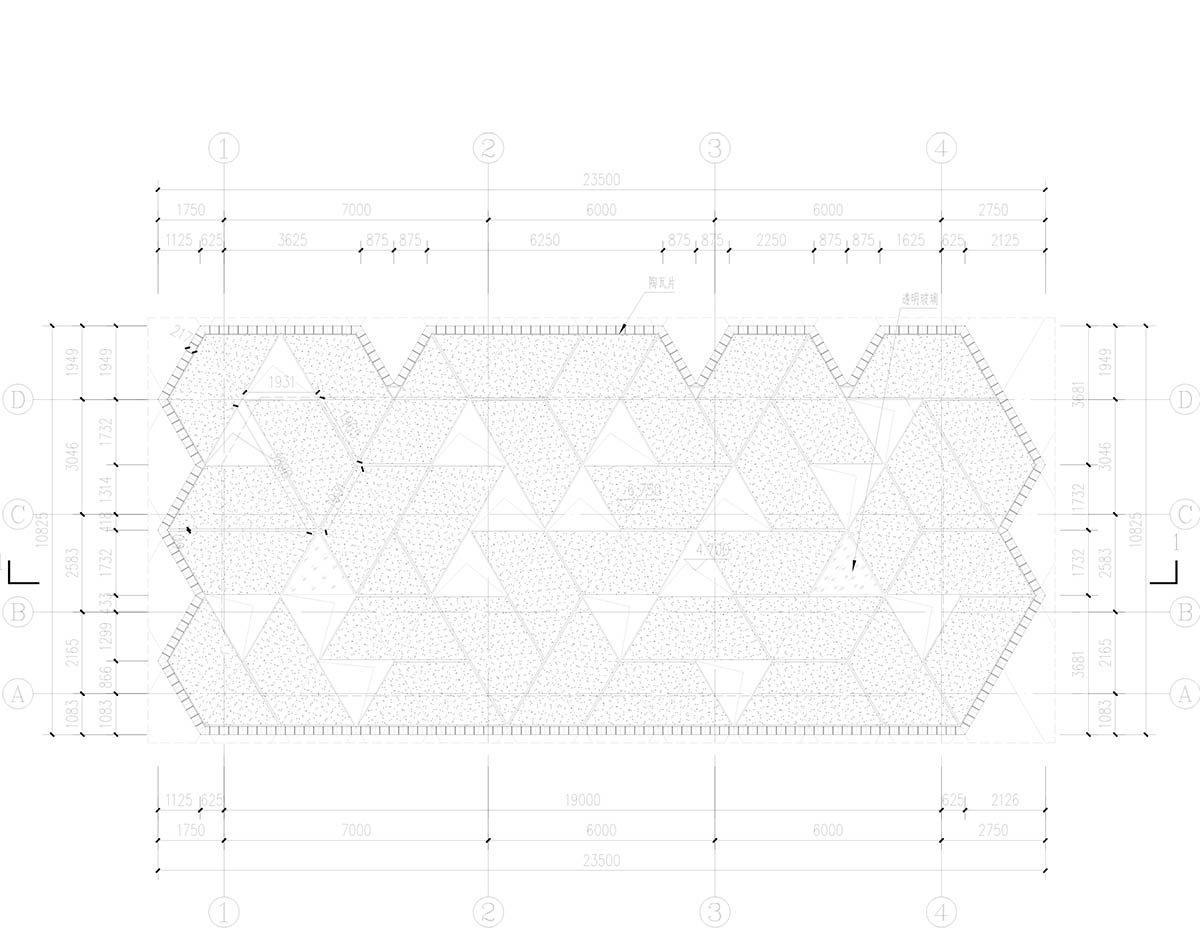 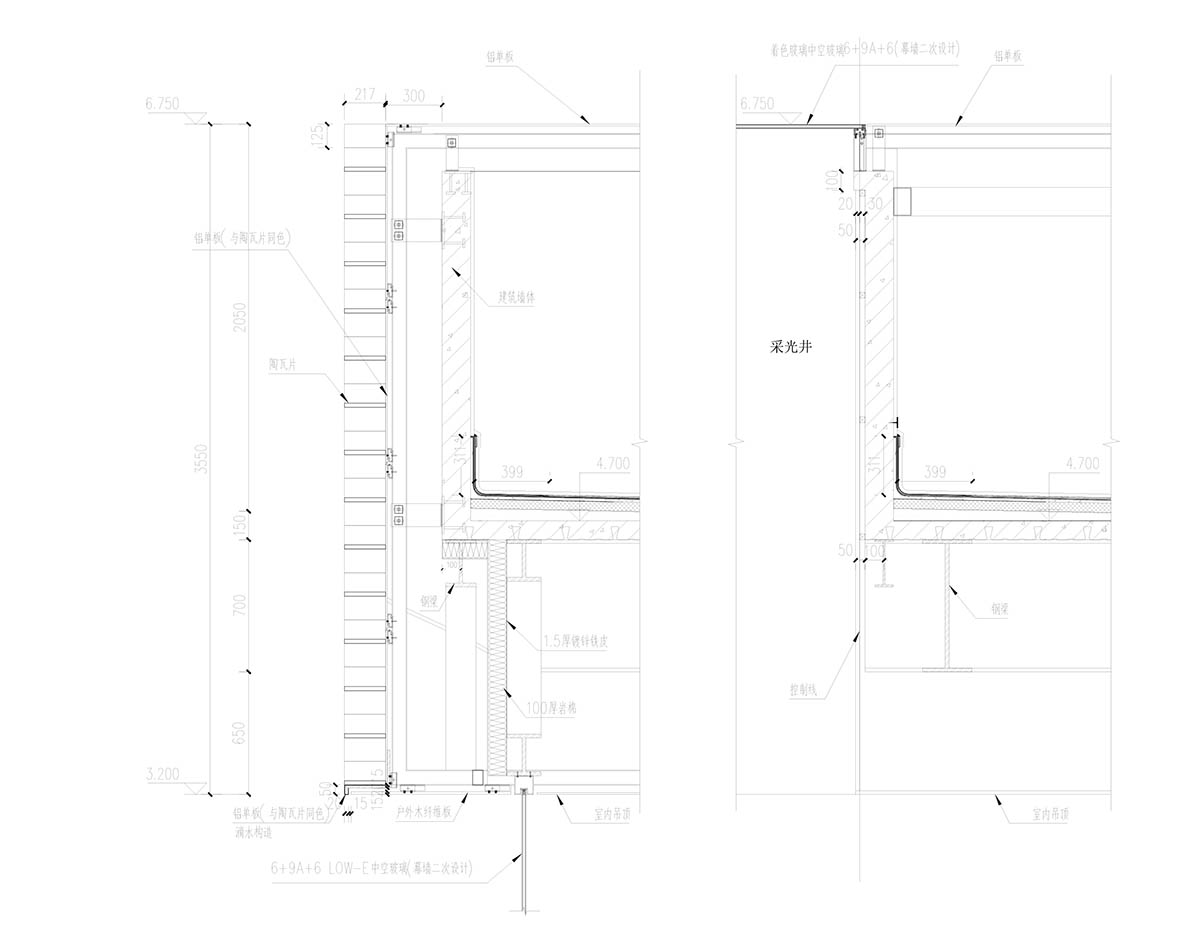 All images © NEXT architects

All drawings © NEXT architects