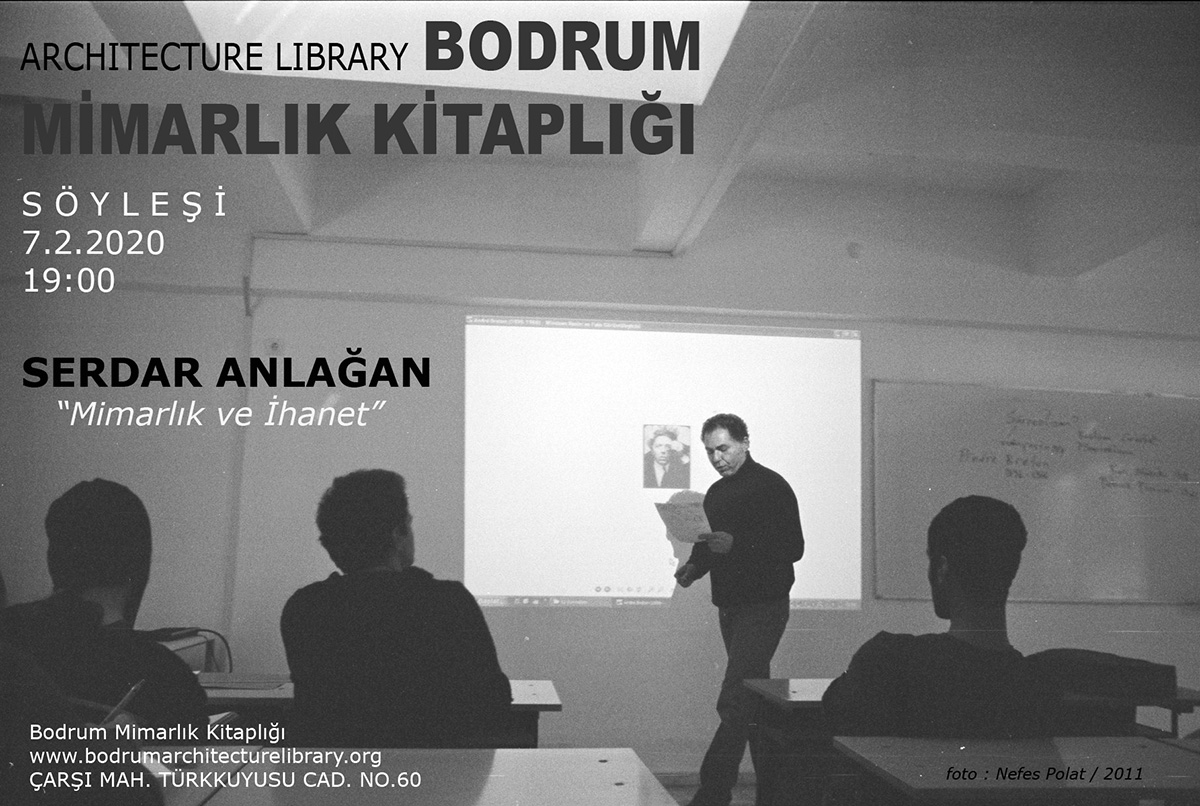 Architect Serdar Anlağan will give a lecture on Friday, February 7, 2020 at the Bodrum Architecture Library in Bodrum, a port city in Muğla Province, Turkey.

Anlağan's lecture is titled "Architecture and Betrayal" and starts at 19:00 at the library. Architect Serdar Anlağan will share his efforts to put his ideas into action in the declaration he read at the 22nd World Architecture Congress organized by the International Union of Architects (UIA) in Istanbul in 2005.

Serdar Anlağan: He was born in Ankara in 1968, he is the second son of an archaeologist and museum family. He was interested in mythology and philosophy at a young age. He started to study at Mimar Sinan University Faculty of Architecture, Department of City and Regional Planning in 1985, but the following year he moved to the same department of interior architecture. He graduated in 1991. He worked as a writer and illustrator in various humor magazines between 1990-94. He received advanced English education at UCLA ALC in 1994. Between 2010-13 M.Ü. He gave "Contemporary Art" lessons at Bodrum GSF.

He has projects and applications for institutions such as Sadberk Hanım Museum, Darüşşafaka Museum, Bodrum Underwater Archeology Museum, Sermet Çifter Library, Haci Abdullah Restaurant, Air France. In 2005, he read the manifesto at the Free Chair at the UIA 22nd World Architecture Congress and withdrew his career. Published books: The Book M (2004) to the Bubble of the Sea (2019).