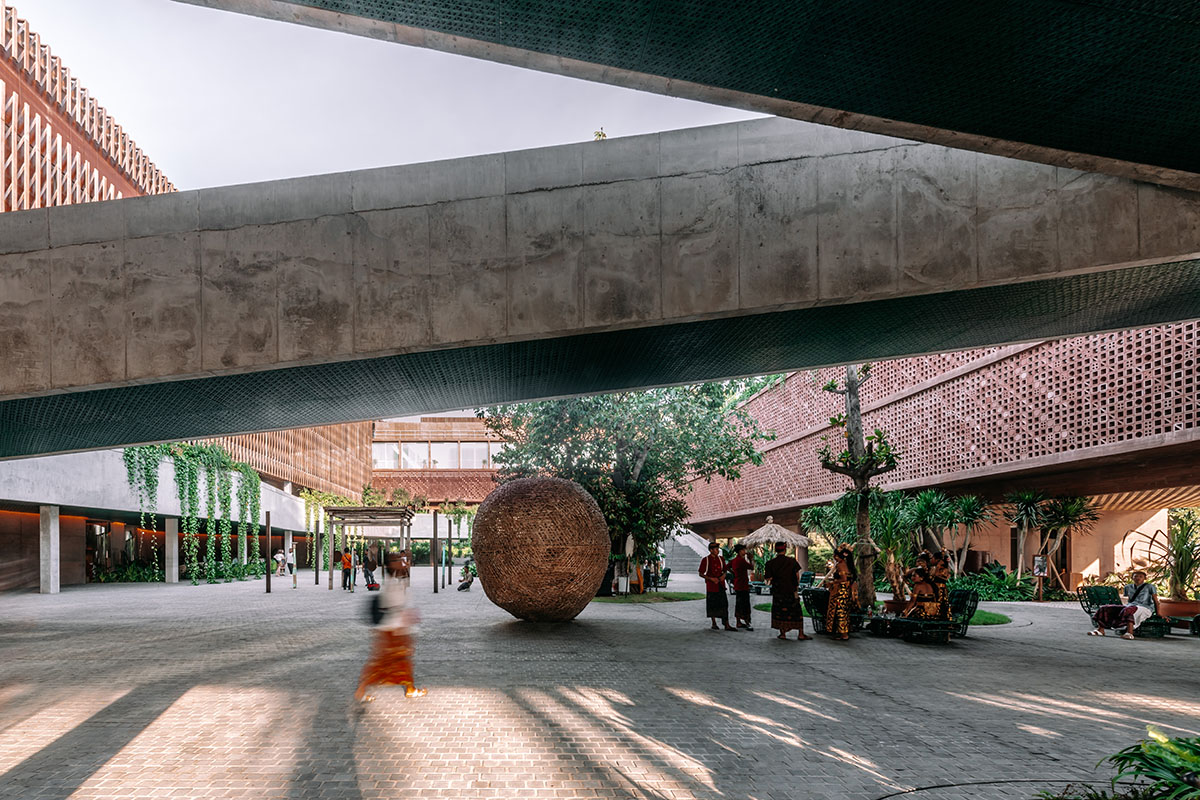 OMA's first hotel in Bali is lifted from the ground to feature an open platform to accommodate curated cultural events and daily leisure activities for Balinese community and visitors of all kinds.

Named Potato Head Studios, it is the first project of OMA completed in Bali, Indonesia. The hotel is dedicated not only to guests but also the local community, the Potato Head Studios features an open ground plane that allow visitors a continuous movement.

Challenging the typical resort typology, OMA's design rejects the notion of "exclusivity" and the resort is reconsidered as a part of the local community. The hotel was built as one of the three buildings of Desa Potato Head—a village (desa being the Indonesian translation of village) that includes a beach club and two hotels—the Potato Head Studios is a resort open to the public.

Led by OMA Partner and Managing Partner David Gianotten, he said: "The essence of Bali lies in interaction between different cultures."

"Our design for the Potato Head Studios offers both private guestrooms and facilities, and public spaces to encourage exchange between different kinds of users. It challenges the typical Balinese resort typology that highlights exclusivity," added Gianotten. 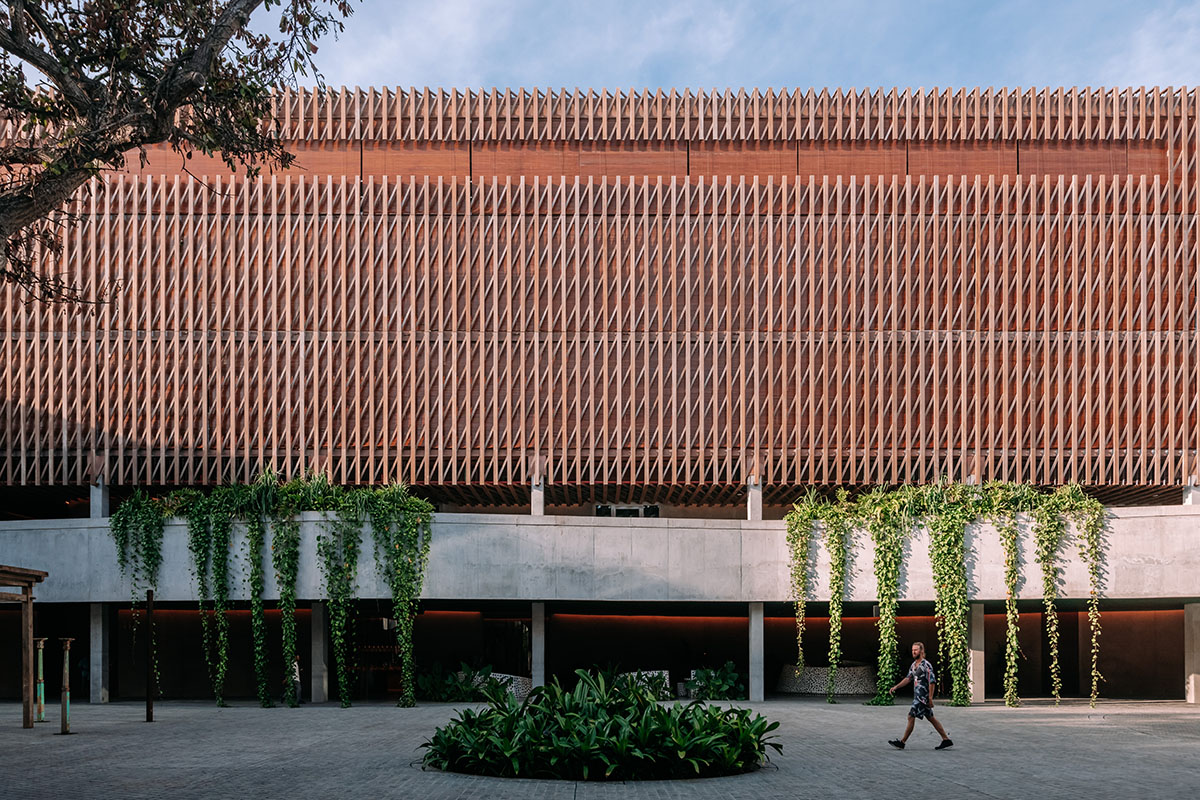 The Potato Head Studios features a floating ring, which is lifted by pilotis, accommodates the private guest rooms and other functions, including an exhibition space and a sunset bar.

"This has resulted in an open cultural ground plane—or an open platform—which leads to the beach," said OMA. "This is a flexible stage for a range of programs, such as festival celebrations, cultural events, and day-to-day leisure activities that welcomes everyone to experience Balinese contemporary culture." 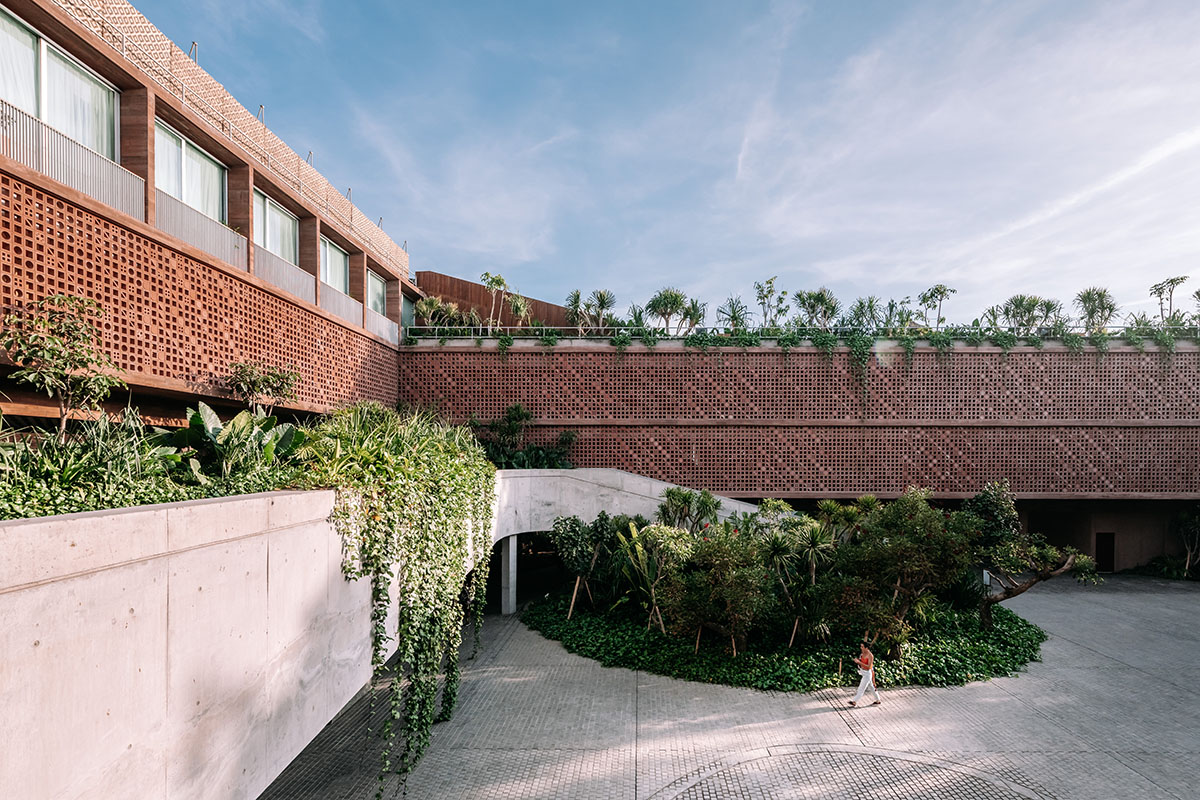 At the roof top is a sculptural park open to public, accessible via a public route that connects amenity spaces including restaurants, pools, and spas. 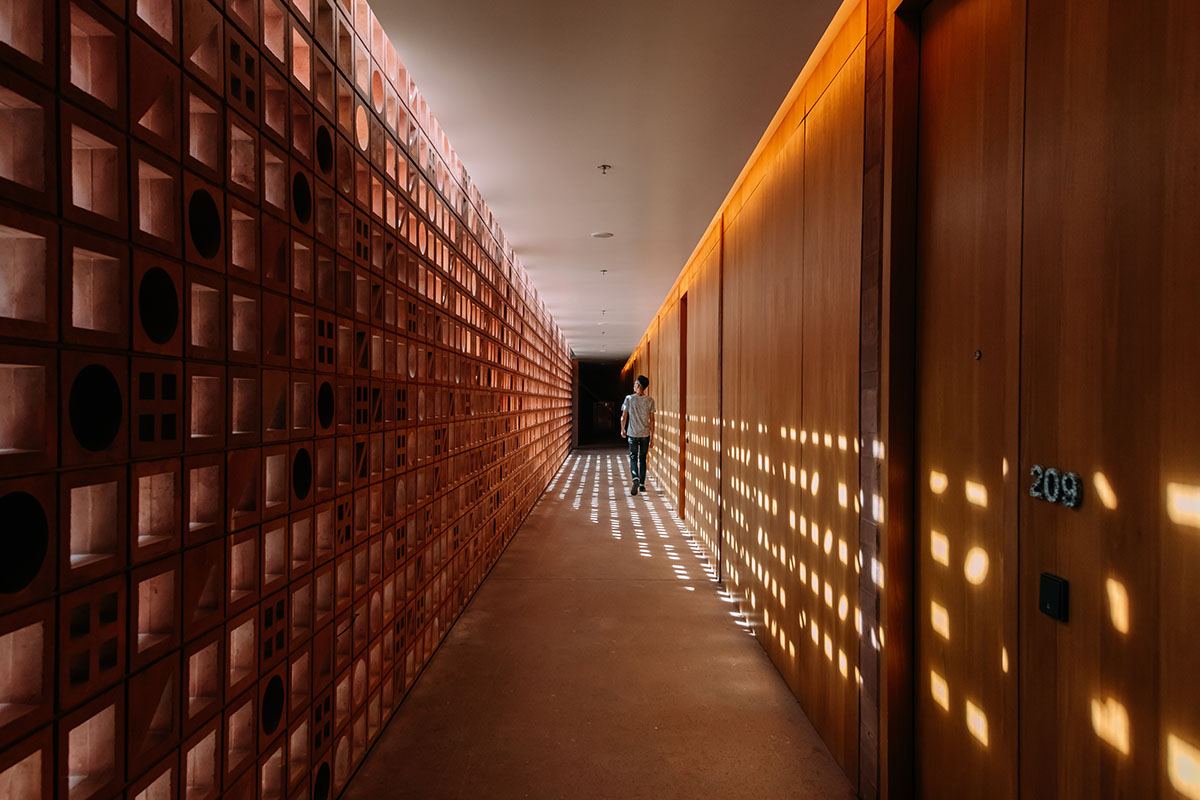 OMA used textures on some concrete walls, which were created by local craftsmen, while the façade design of the guest room corridors was inspired by Balinese Tika, or divination calendar.

"At Desa Potato Head we’re not trying to change the industry, we want to create an entirely new model for it. If we bring people together for good times, but offer them the unexpected, it will open their minds in new ways," said Potato Head founder Ronald Akili.

"OMA is known for building public spaces, like museums and institutions, and that was our idea for the Desa: to create a type of cultural institution that mixes public with private, guests with locals, and future thinking with time-honoured craftsmanship," Akili added. 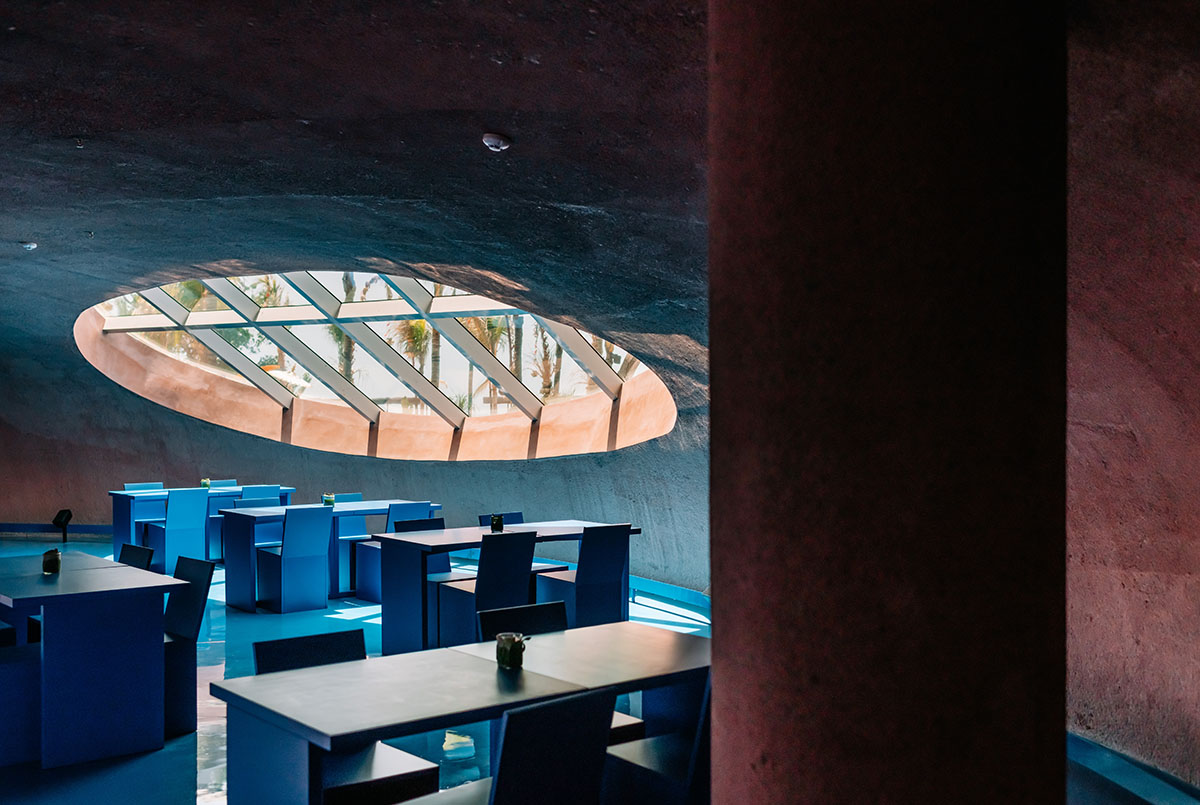 The Potato Head Studios, alongside Katamama and the Beach Club, form the Desa Potato Head. It is open for bookings and public visits. The project is led by David Gianotten and Project Architect Ken Fung. OMA worked with local design consultant Andra Matin on this project. 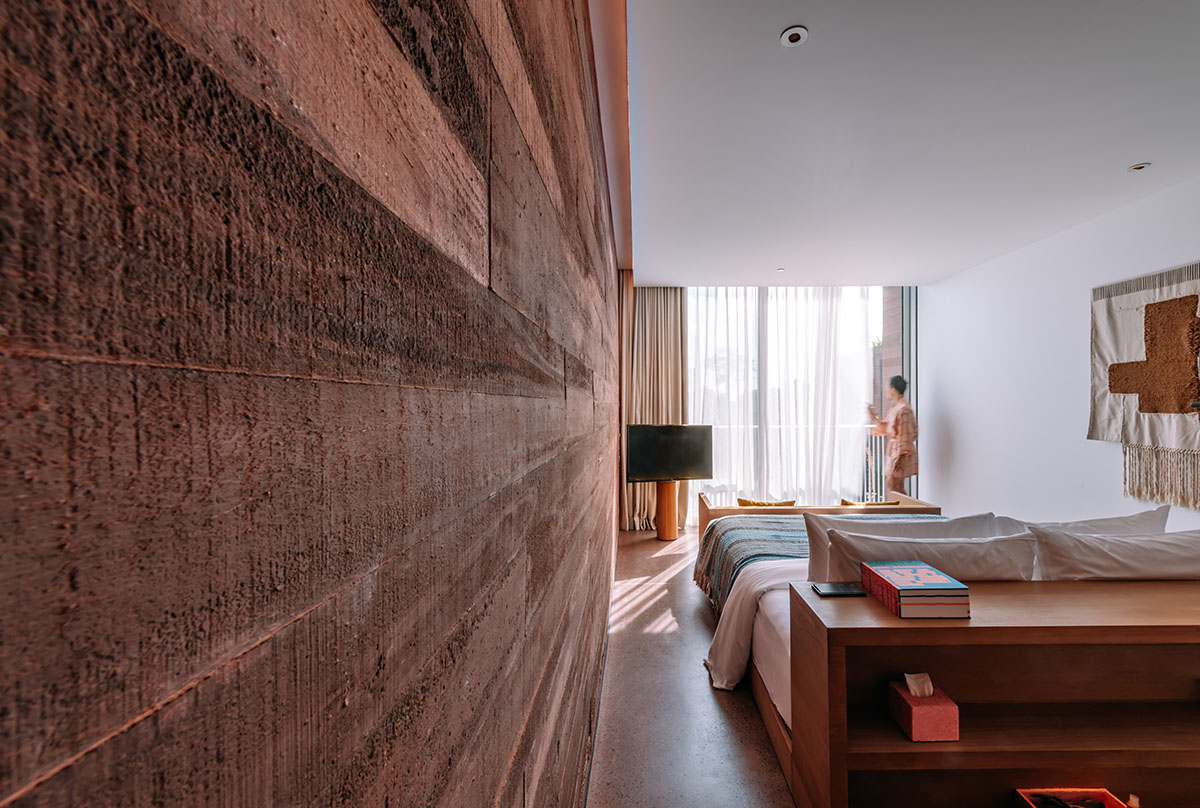 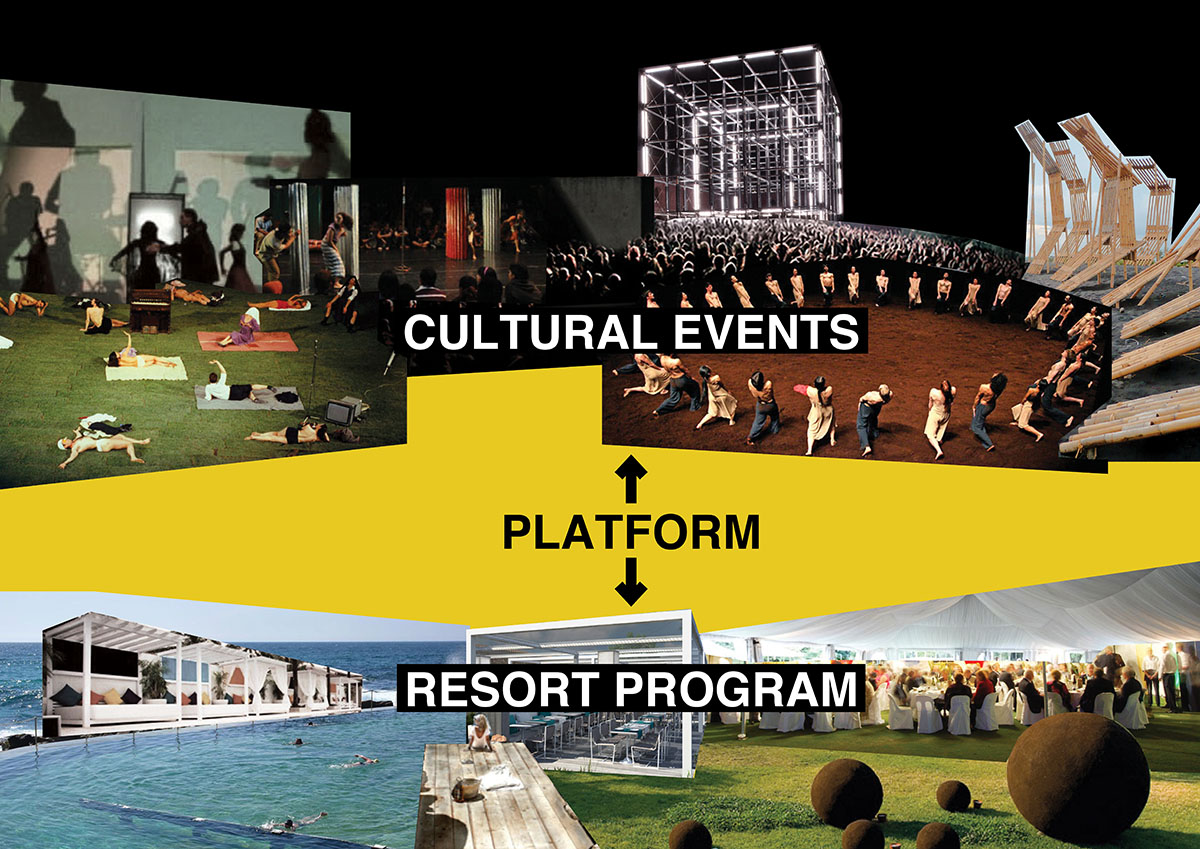 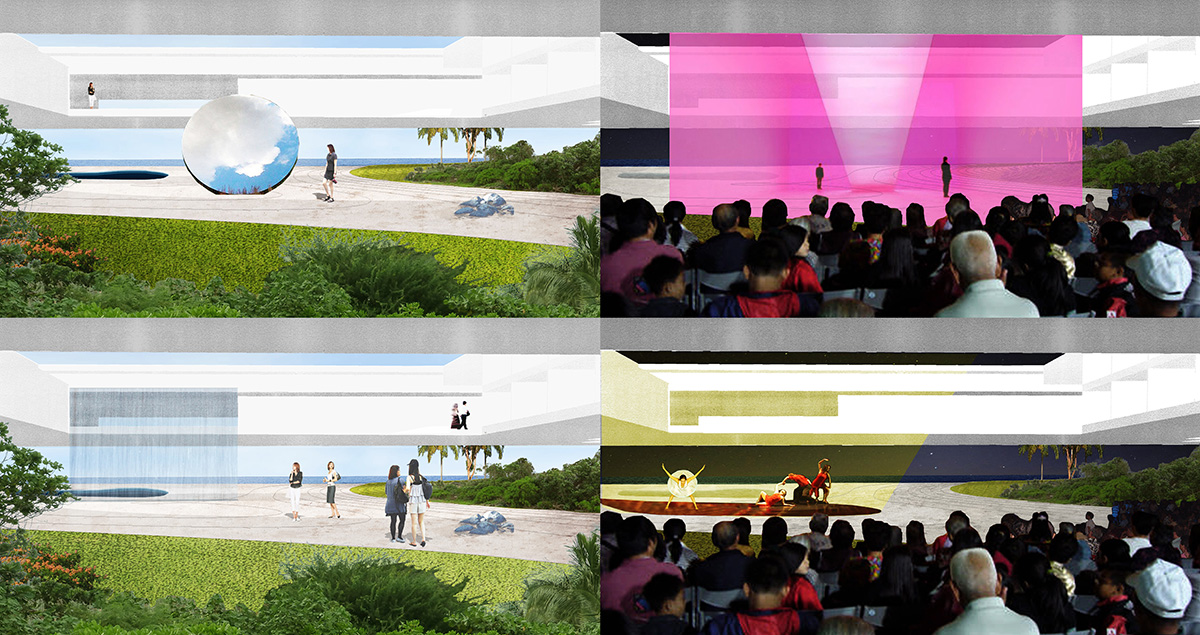