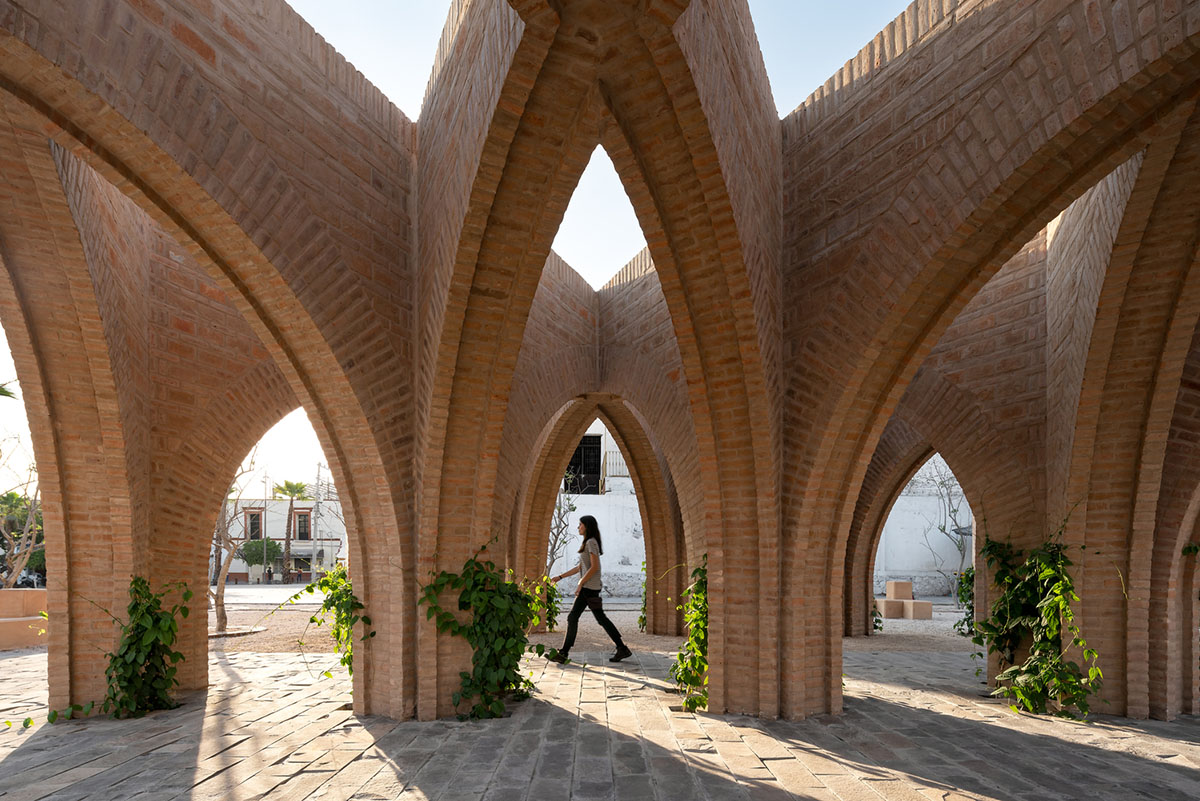 Mexican architecture firm MMX has built a series of thick arcades to revive a public space in Jojutla, Mexico, after devastating earthquakes damaged several structures of Mexico in 2017. Jojutla was one of the most affected communities in the state of Morelos, suffering damage in multiple structures and public spaces.

Named Jojutla Central Gardens, the public space is surrounded by a circular archway that creates a continuous loop. After a tragic earthquake in September 19 - caused major destructions of the states of Puebla and Morelos, the Greater Mexico City and 350 people killed - MMX followed a participatory process with the local community to rebuild an identity that uses public spaces as its media. 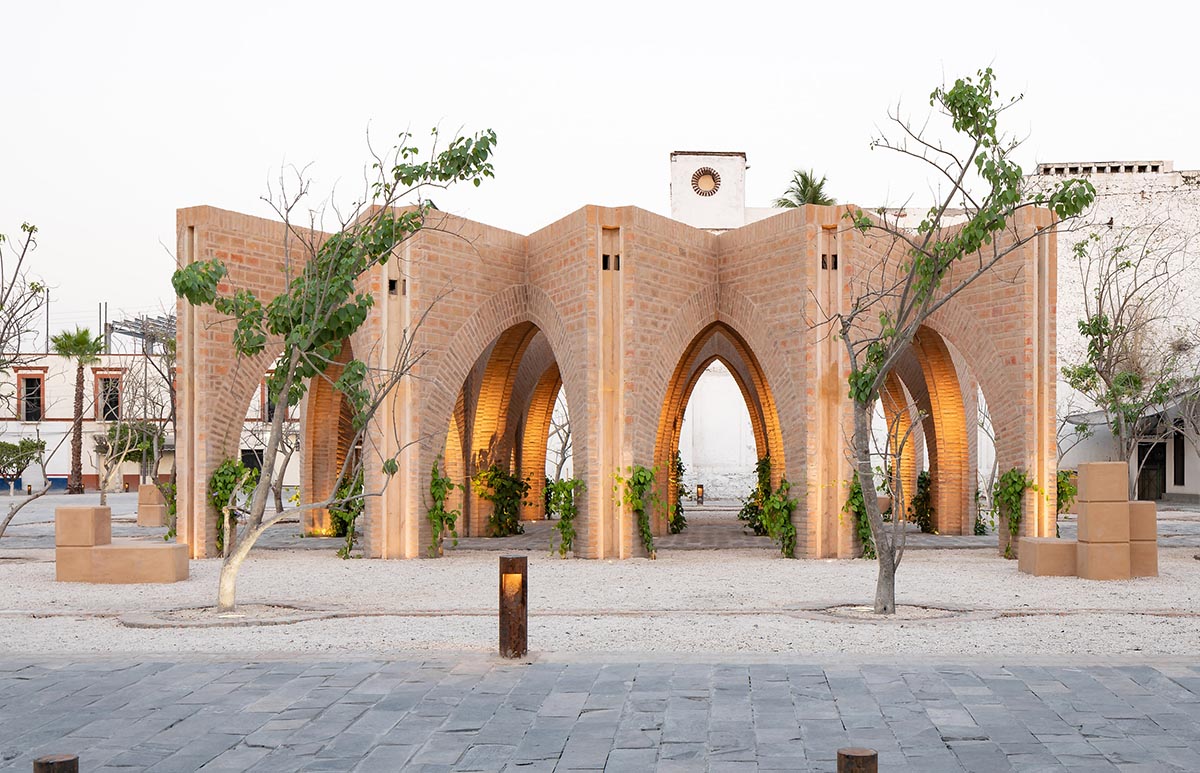 "Obtaining the community’s approval was the major challenge for developing Jardines Centrales de Jojutla," said the studio. "There was a close interaction at all times with the inhabitants of Jojutla." 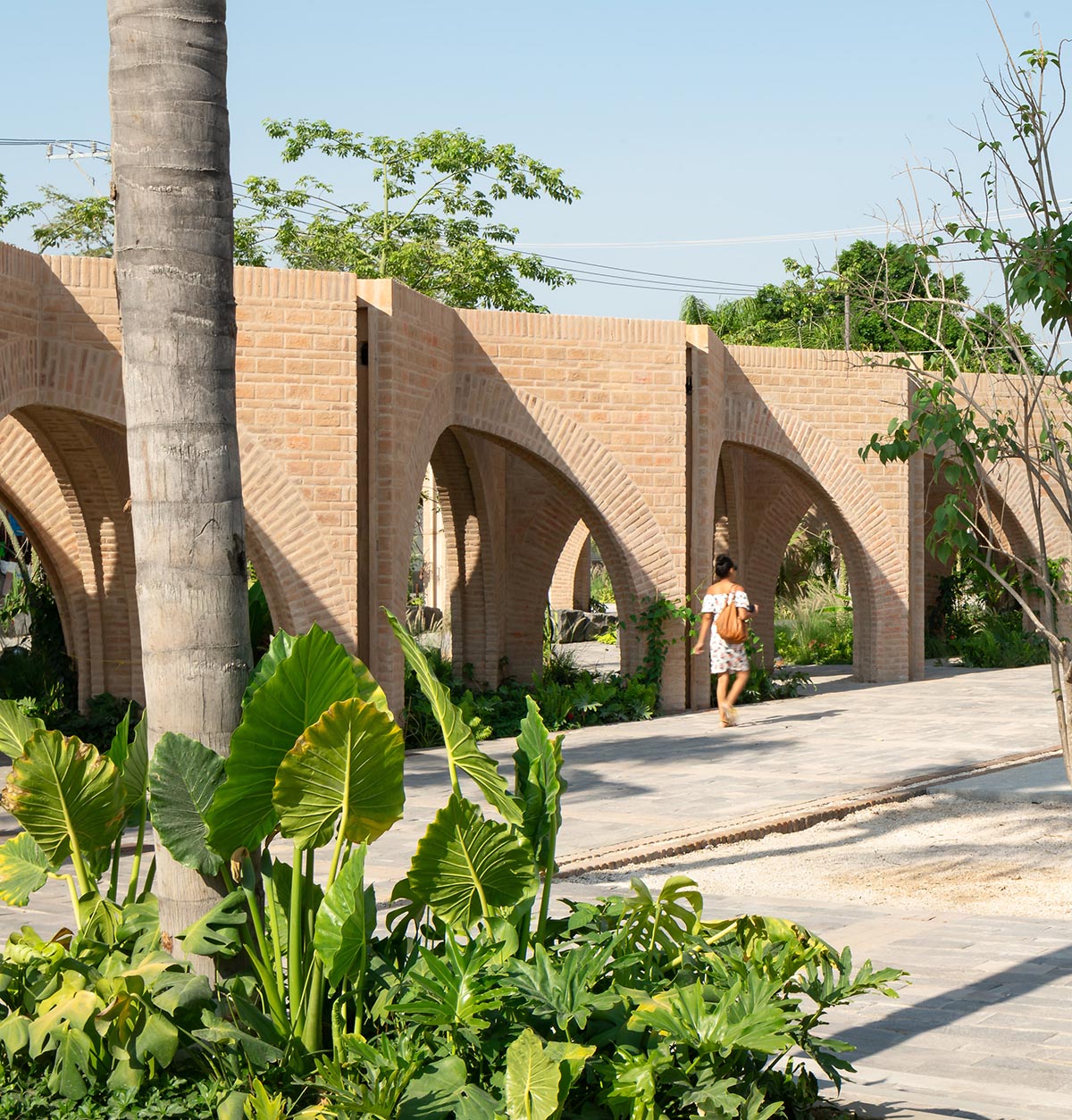 The local communities' advice and participation were key in the conception and development of the project. Community leaders, historians, architects, government and the population were all actors of an open and participative process, which Estudio MMX materialized through the design process. 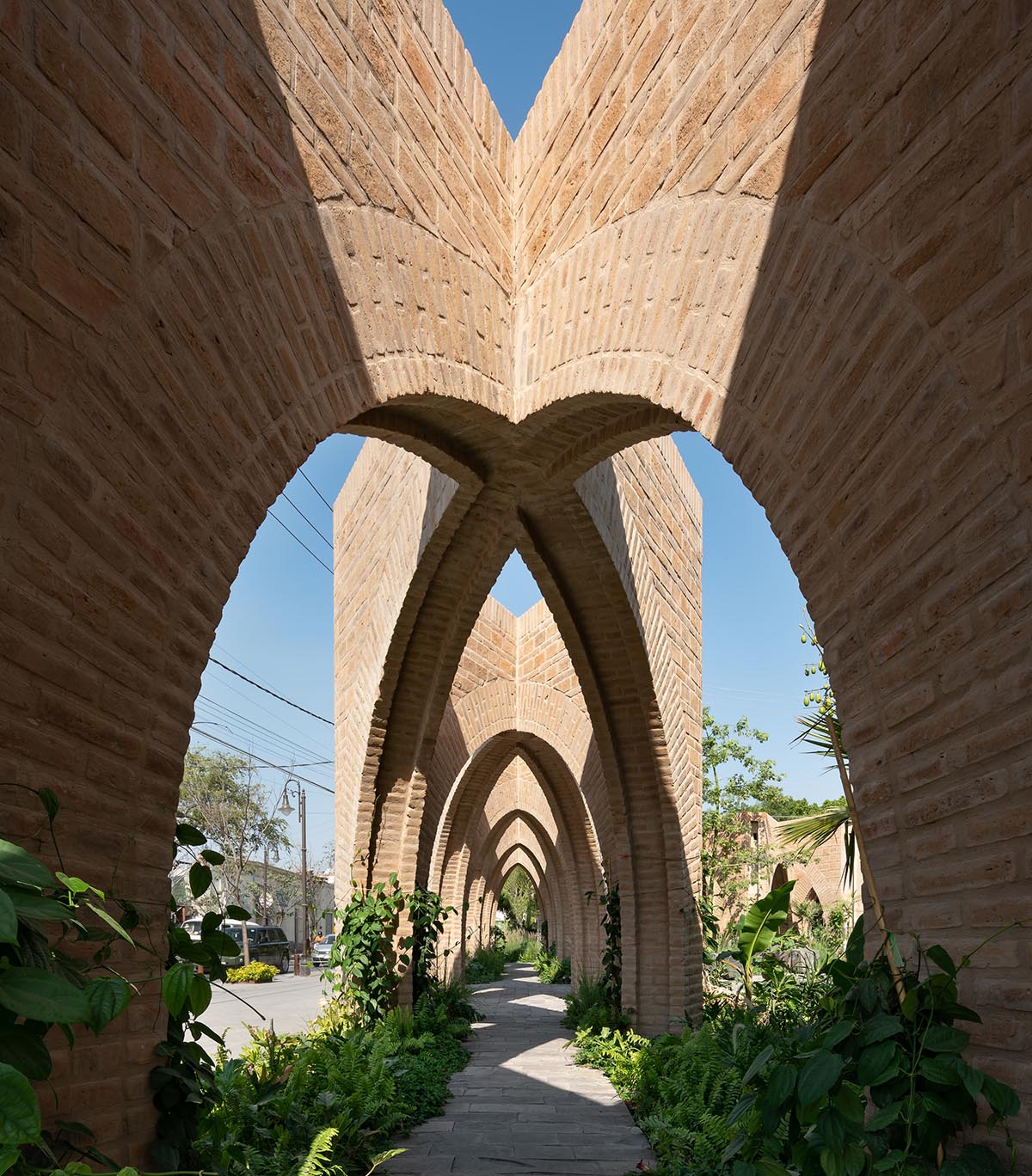 The core idea was derived from the trees, the studio stated. Unique elements that survived the earthquake standing without damage, therefore, in a symbolic stand, the Civic Centre of Jojutla was bound to become the "Central Gardens of Jojutla" evoking the concept of resiliency by means of the vegetation. 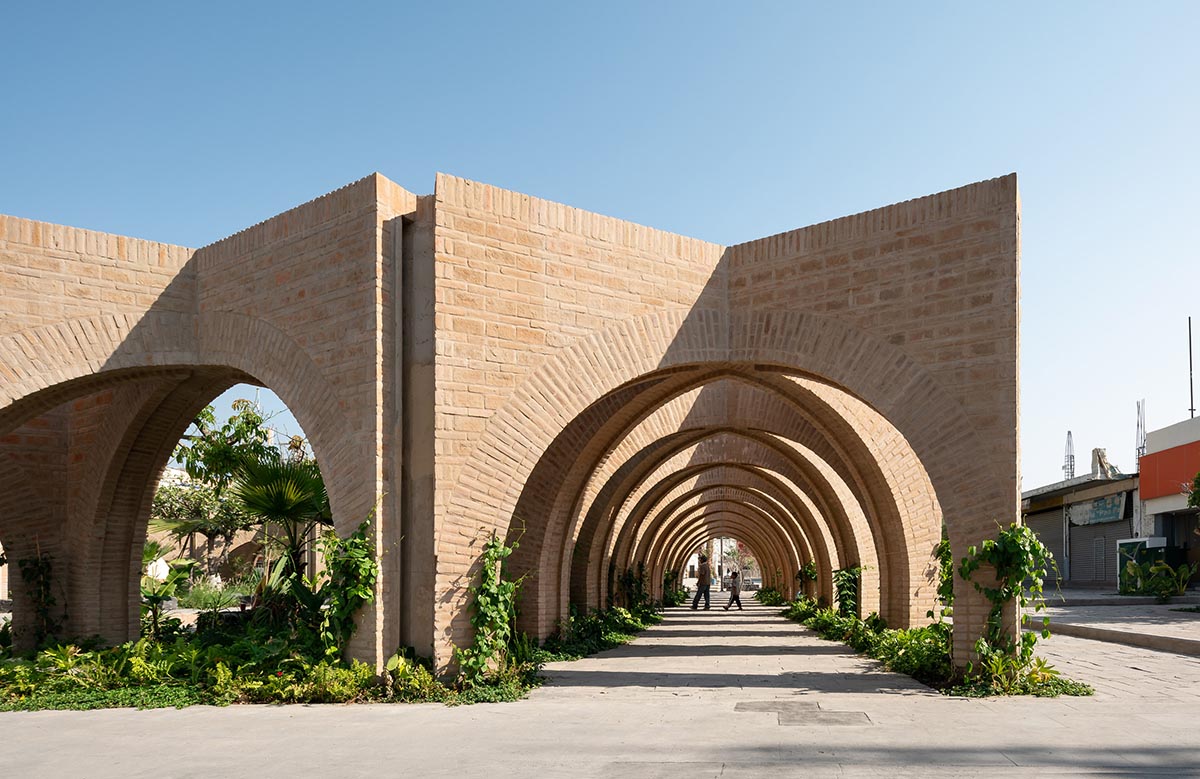 "The arcades that coexist next to the gardens are structures that reinterpret the region's traditional architecture," added MMX. "They serve as frames for the civic and leisure events required by the city."

The architects used materials such as artisanal ochre brick, basaltic grey stone for pavements and an extensive array of local flora species. 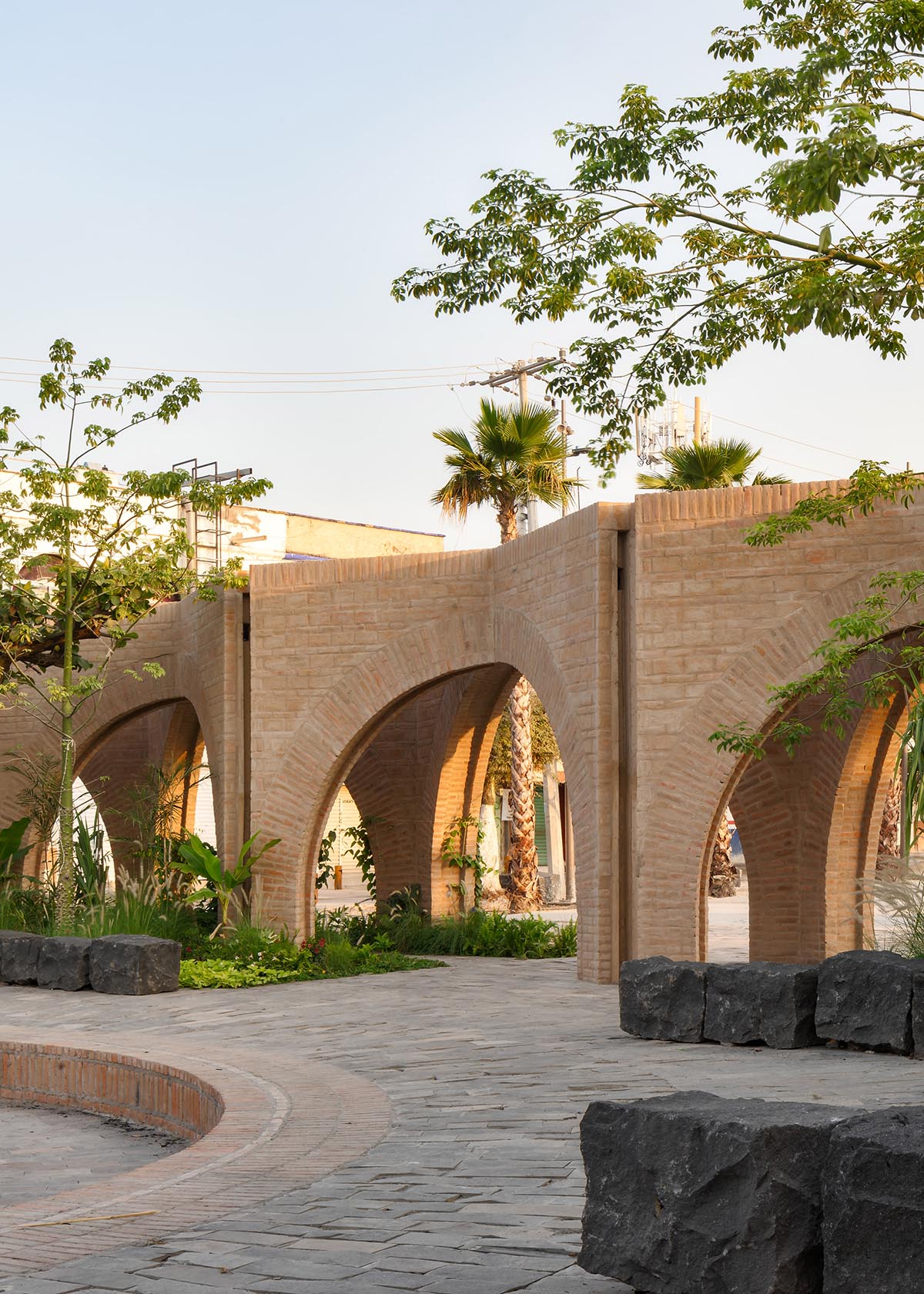 The generation of a civic square with a new identity was only possible by understanding and ordering the previously disarticulated spaces and giving each of the spatial elements a new role while keeping a strong relationship between them. 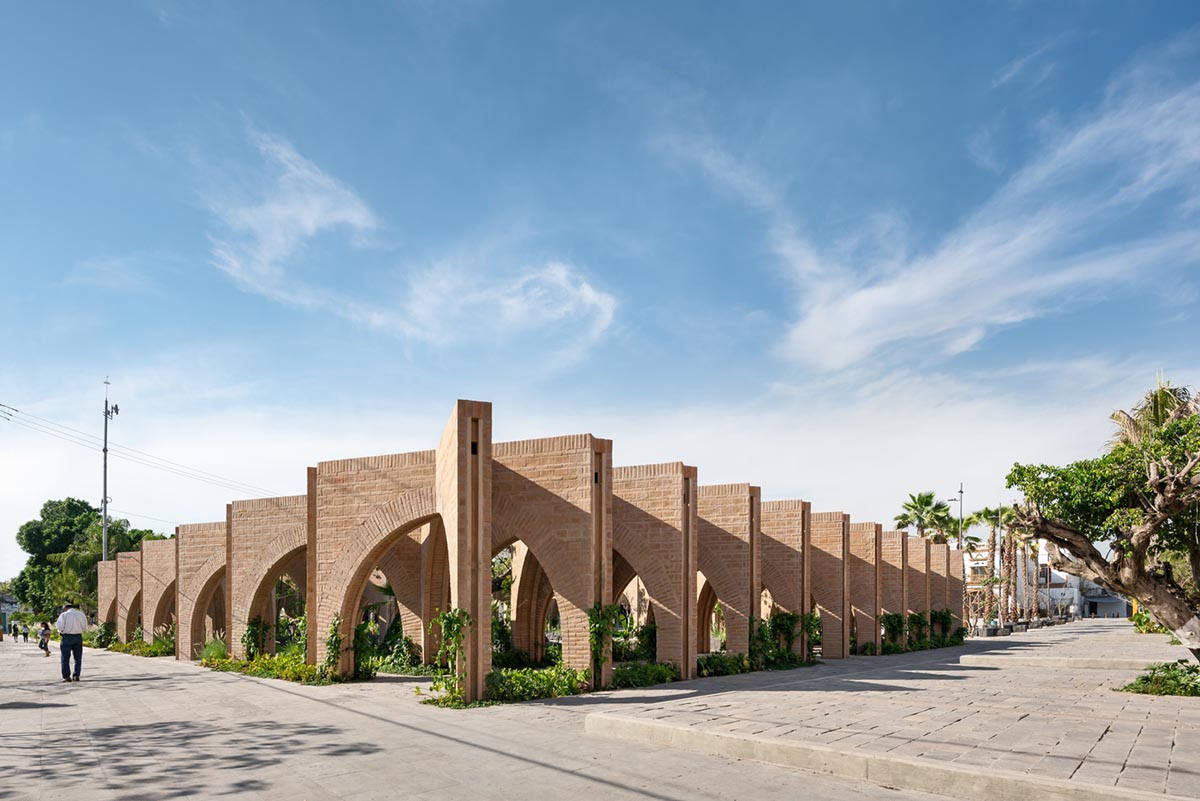 Different spatial and experience qualities were achieved for each of the spaces. Leisure and meeting points for the community, a civic square and open-air forum. Spaces that recognize and fortify the transit, pause, leisure and encounter of their users. 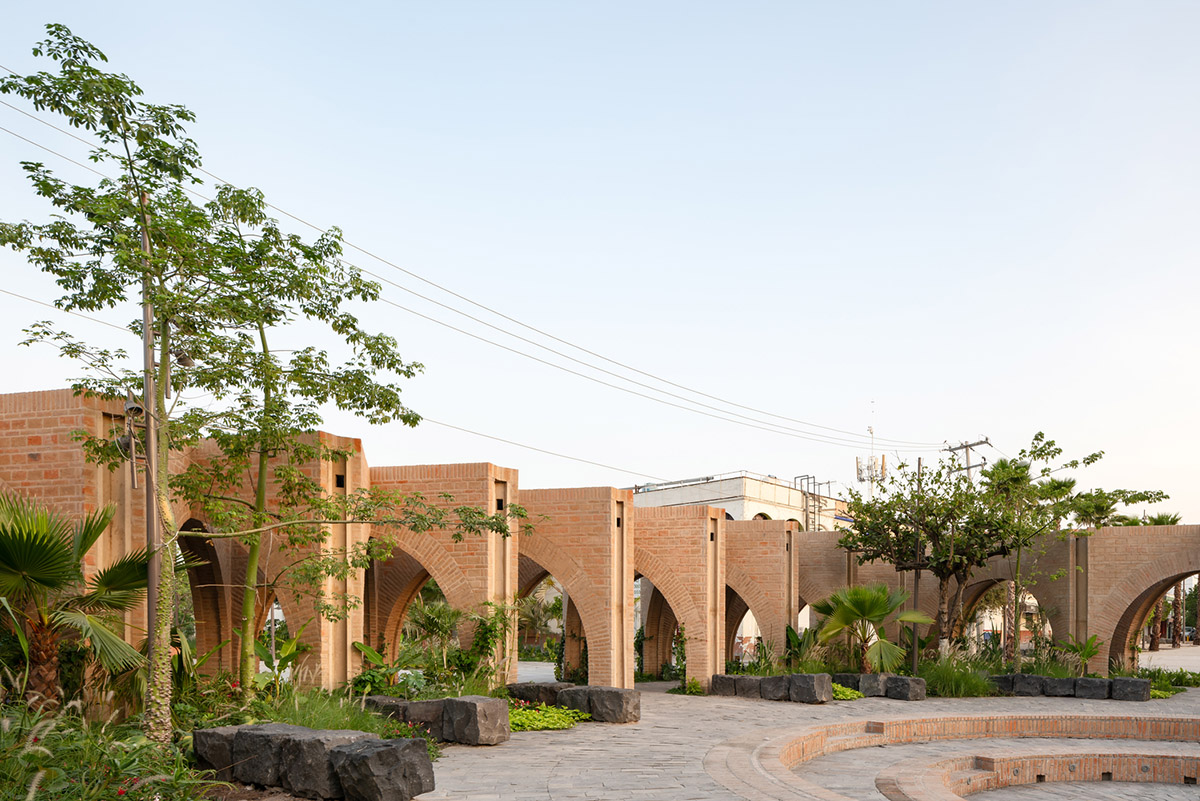 The use of thoughtful architectural and landscape design, generates shaded areas on the open plaza, creating diverse atmospheres throughout the gardens, ranging from a dense vegetation zone, with stone benches under tree shadows, to a civic square with hard pavements that holds its own social dynamics. 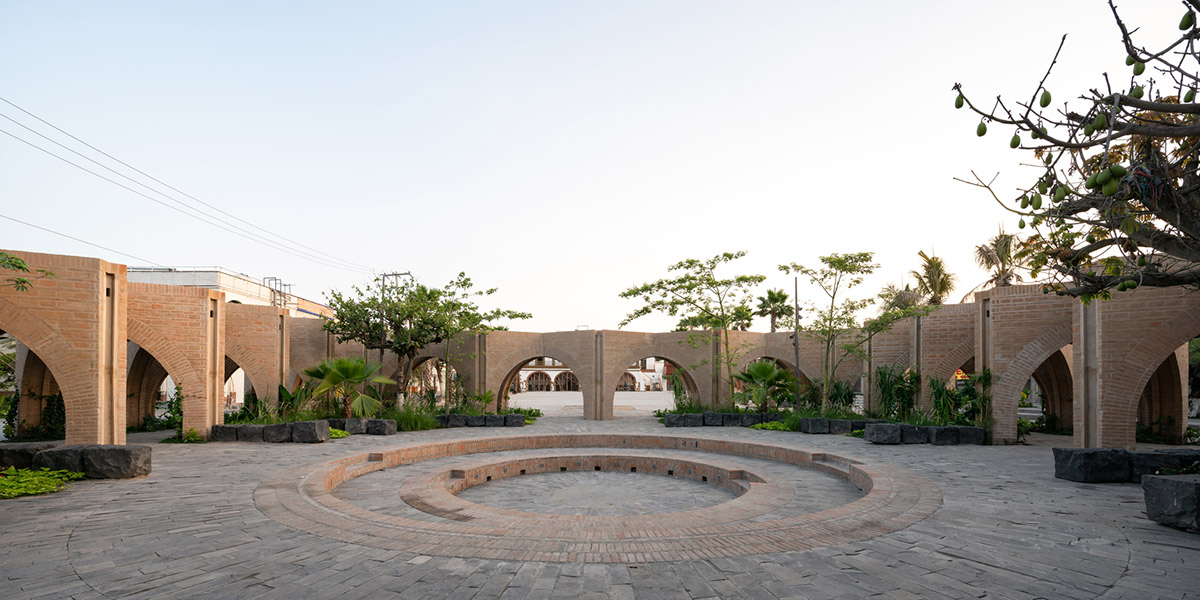 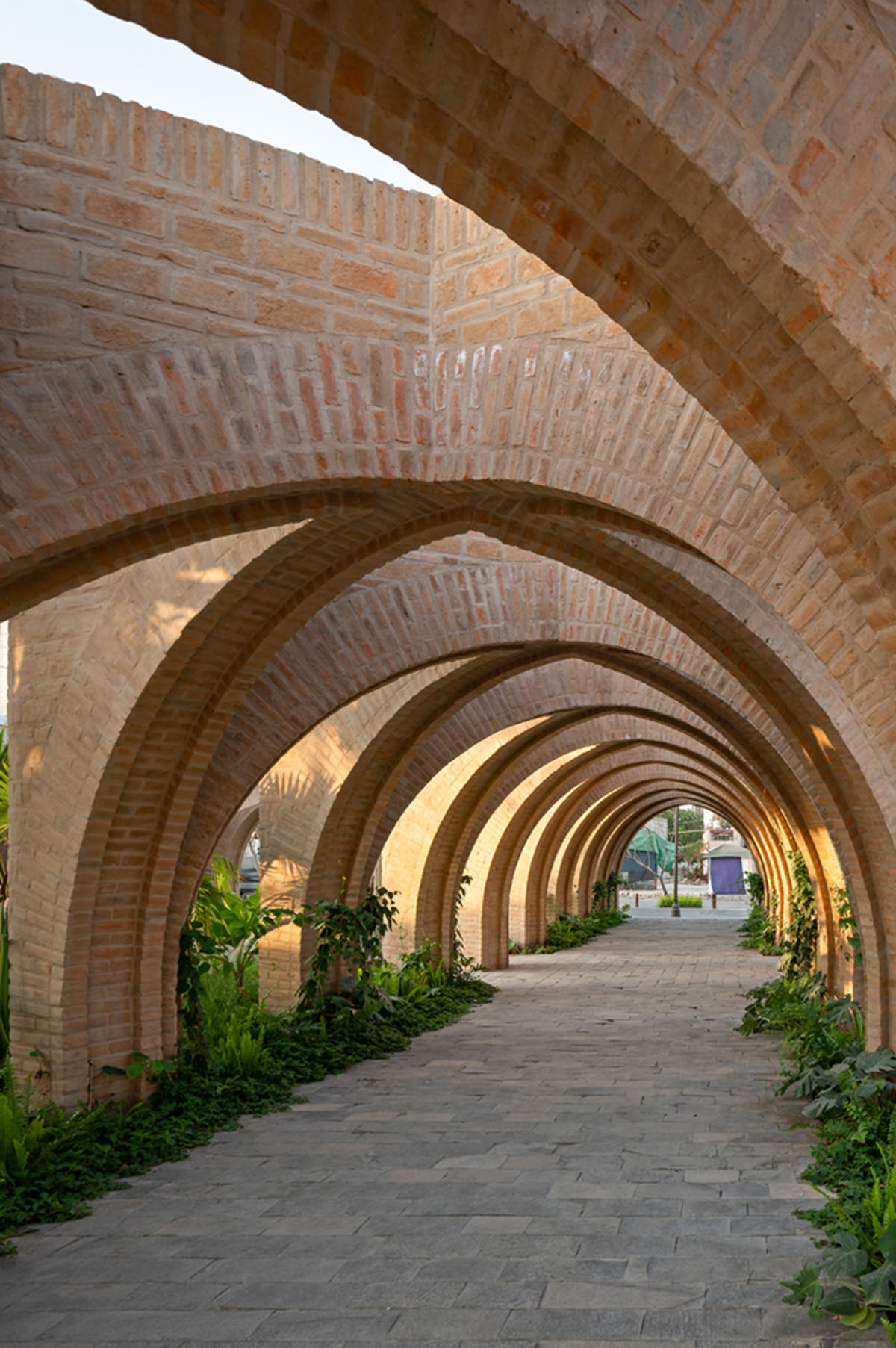 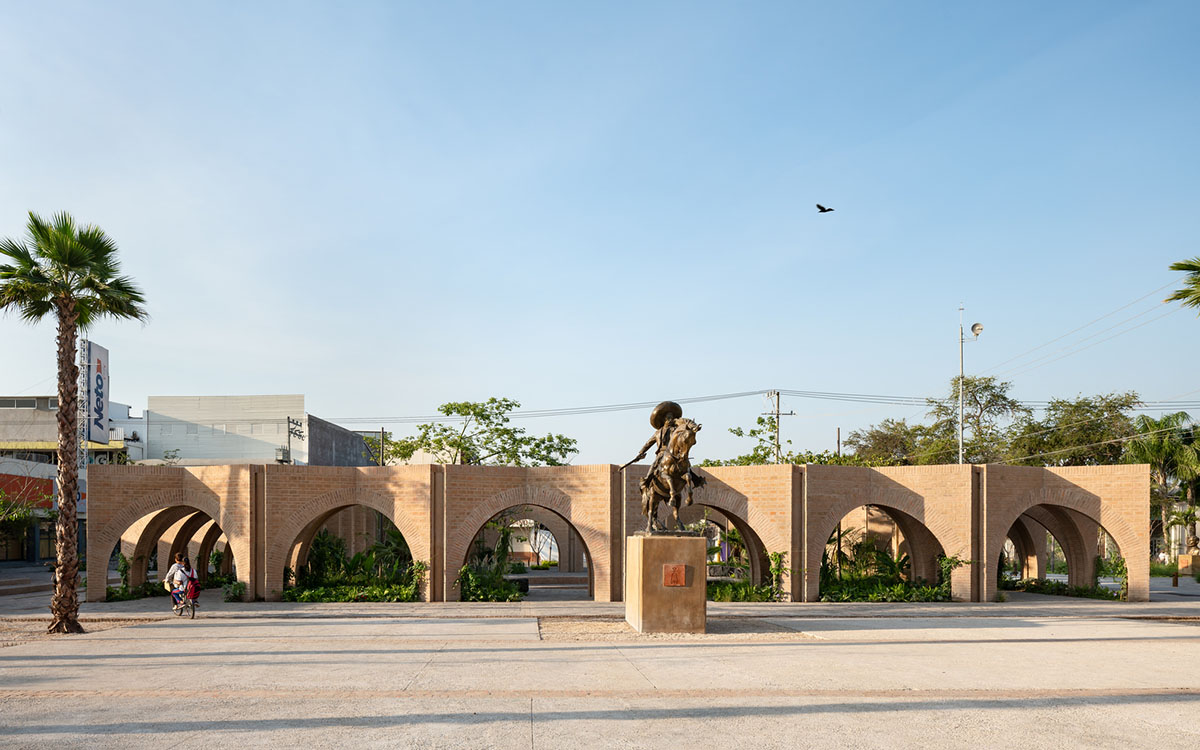 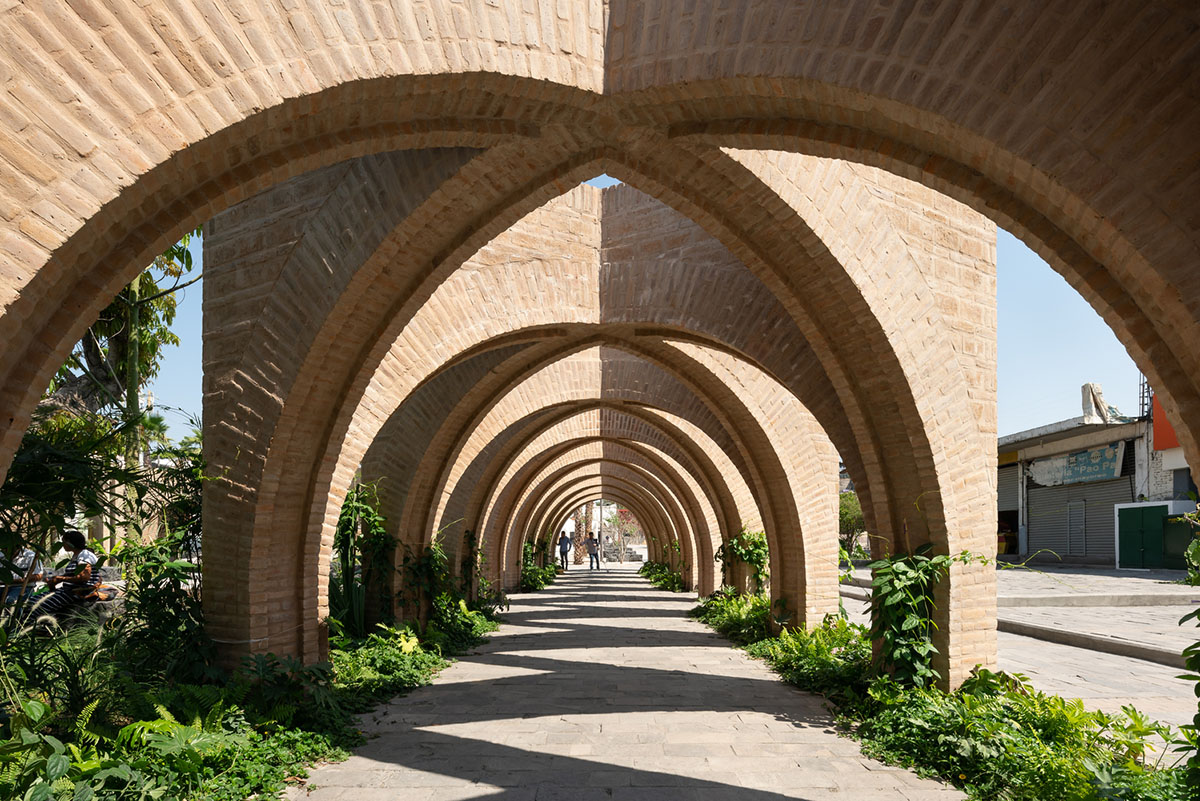 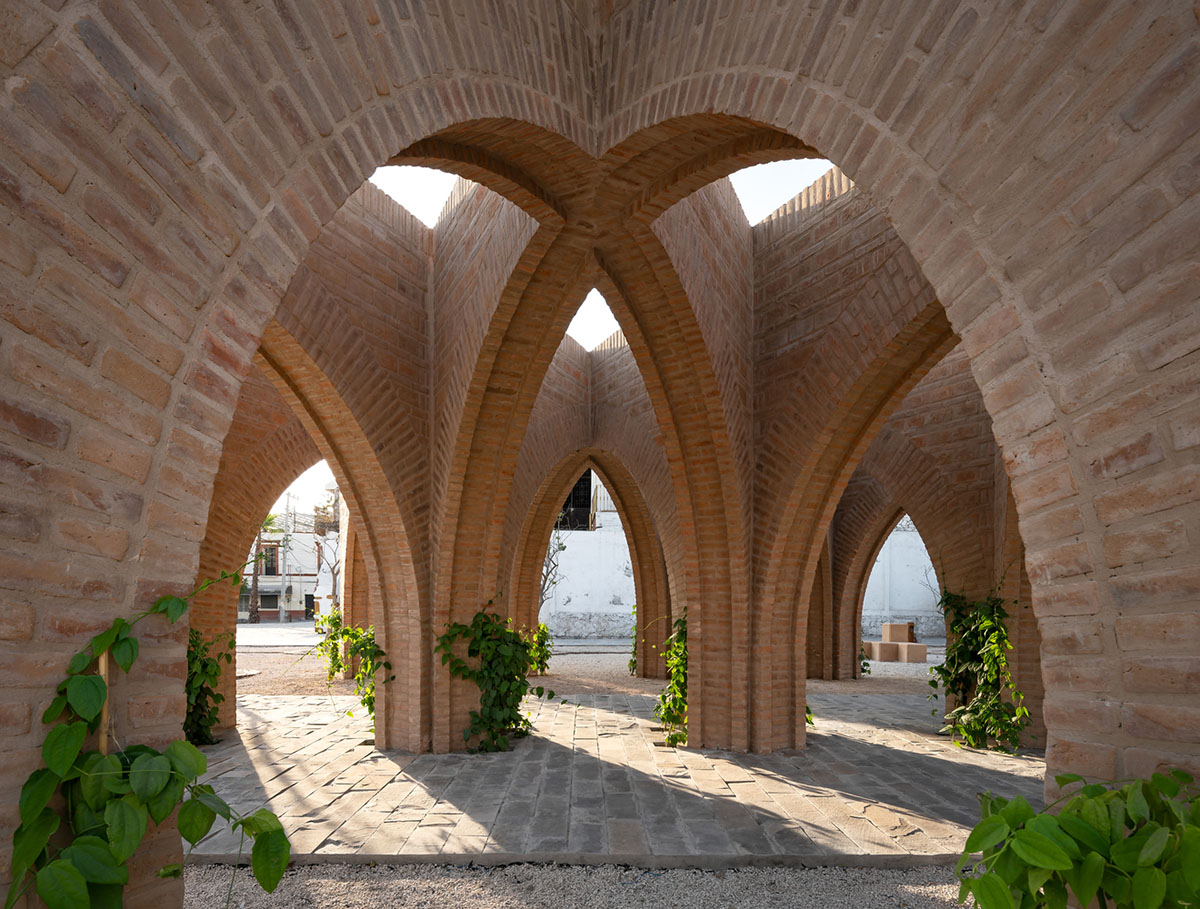 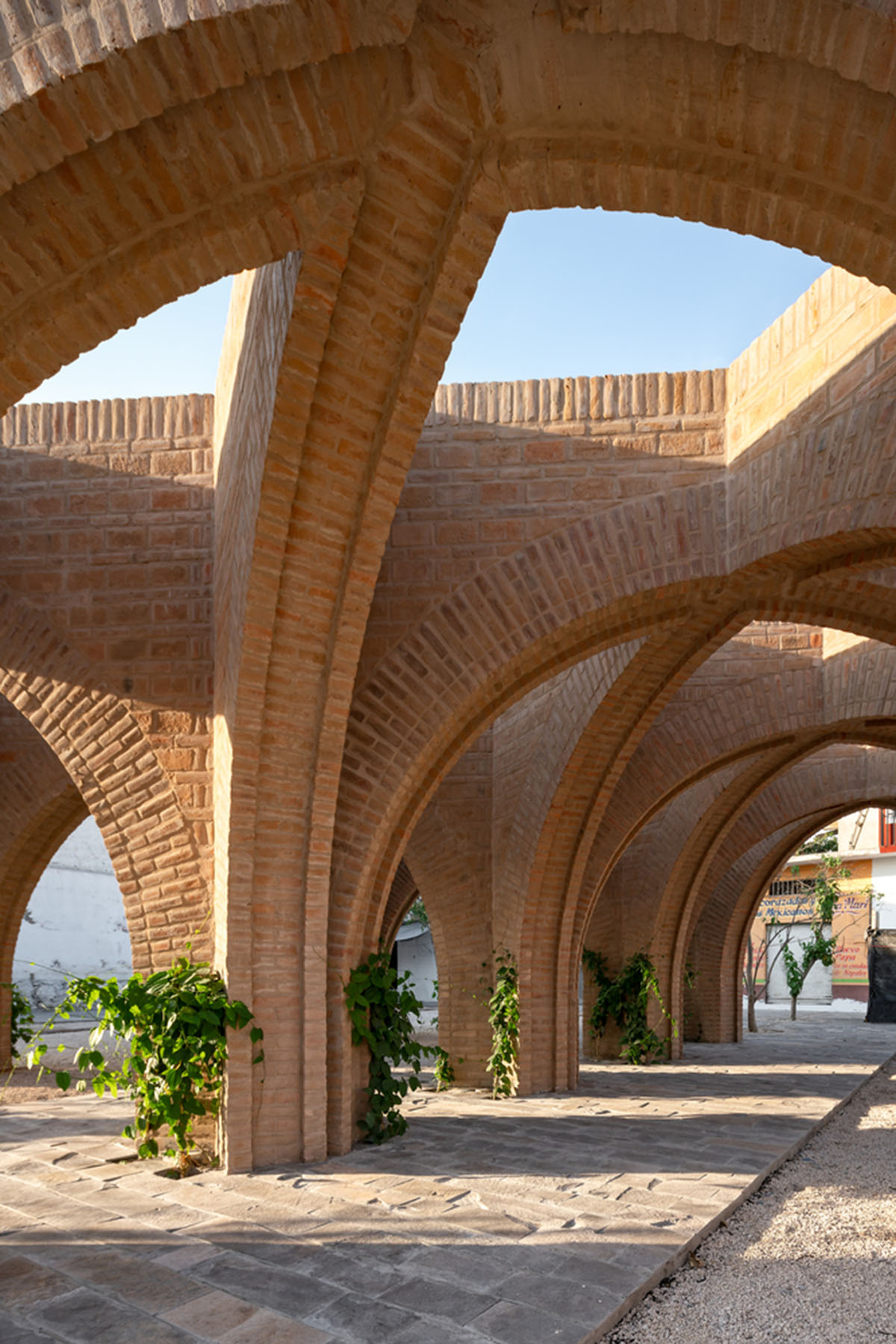 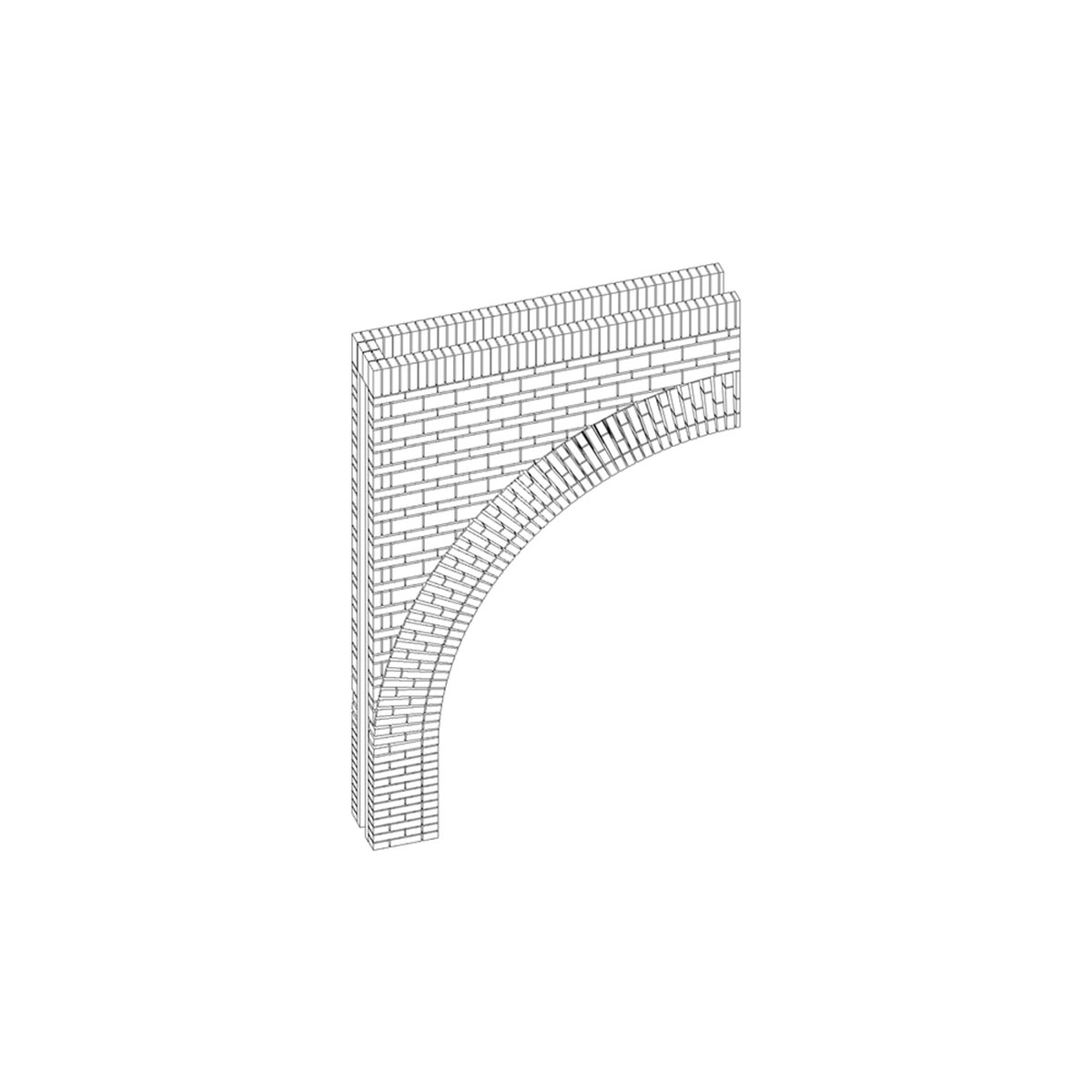 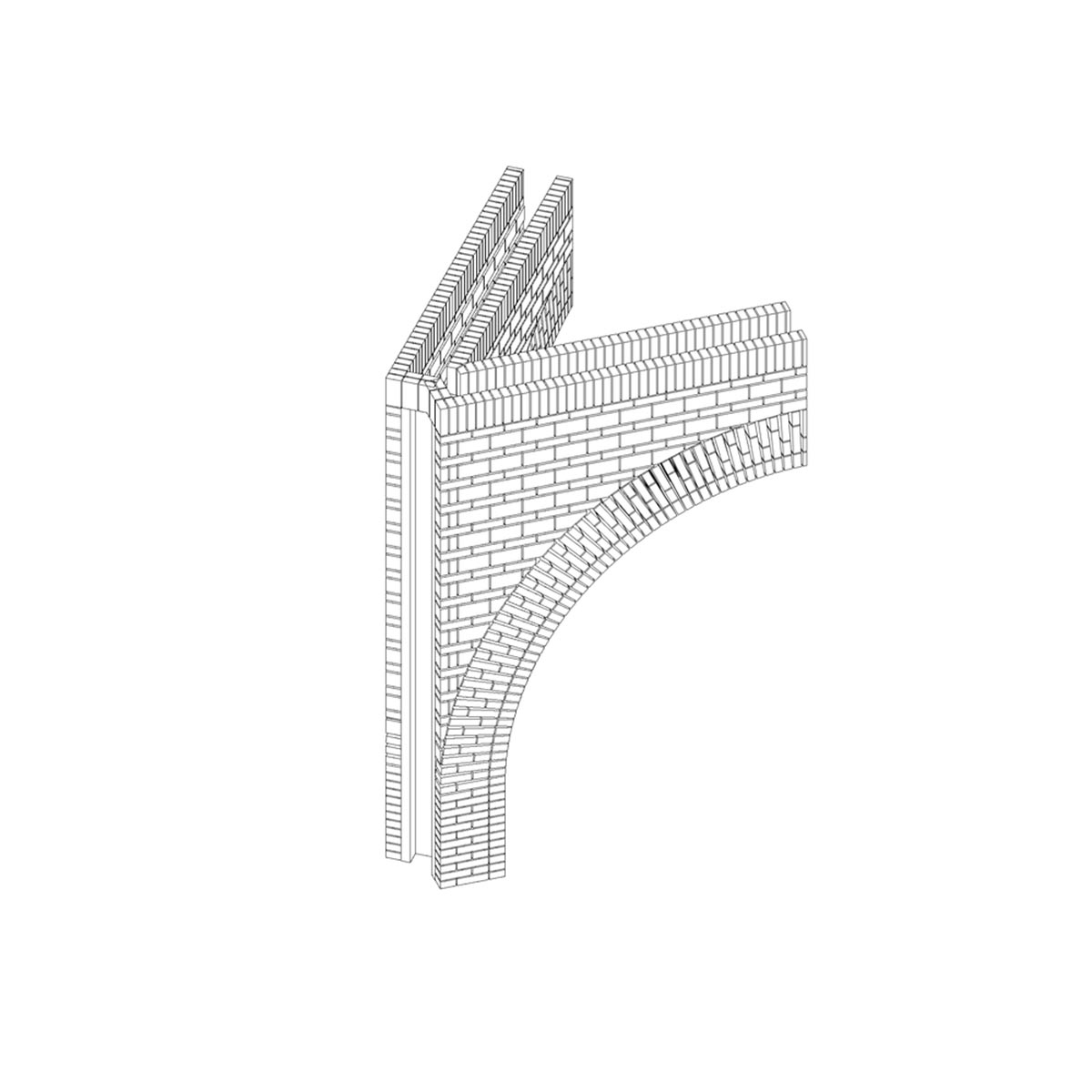 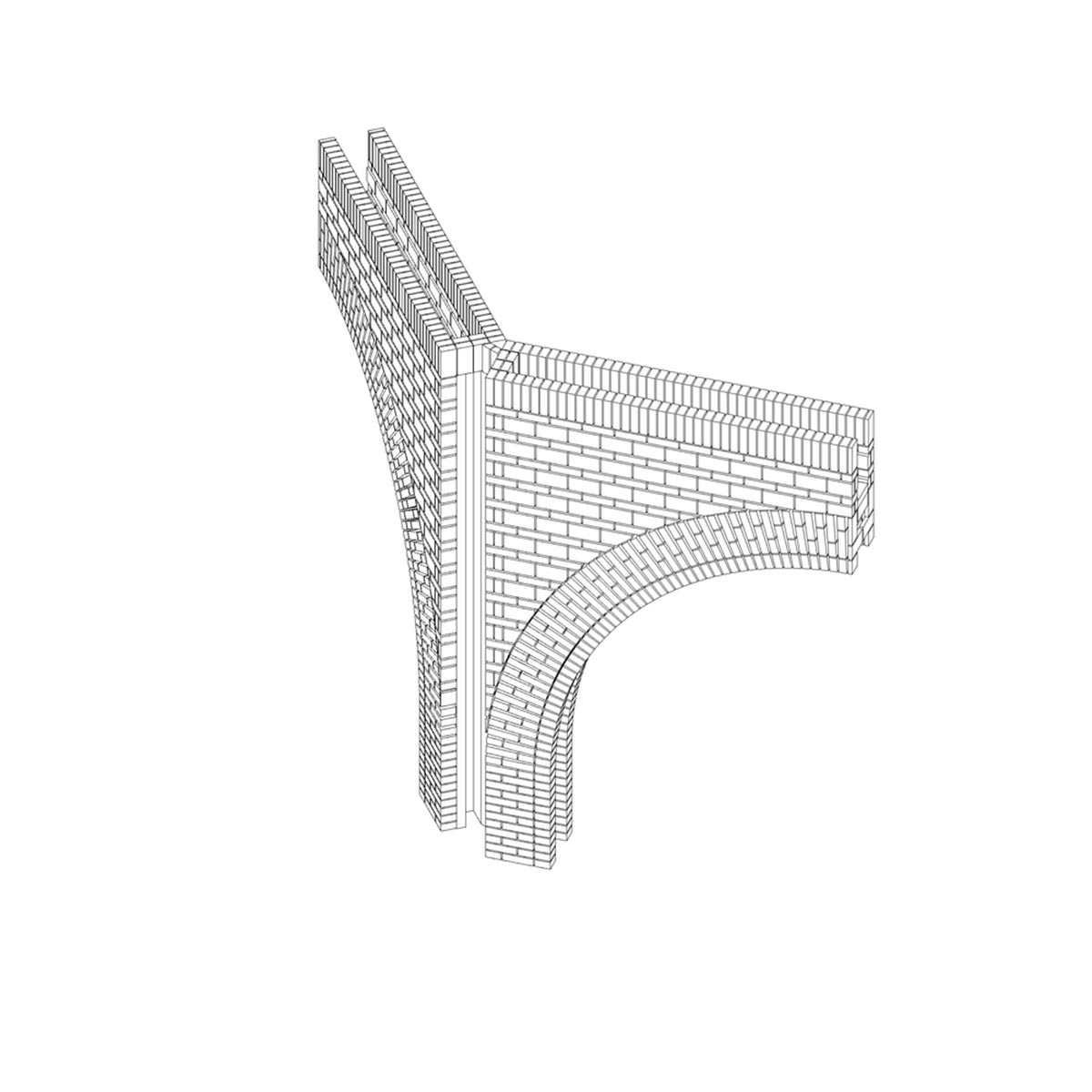 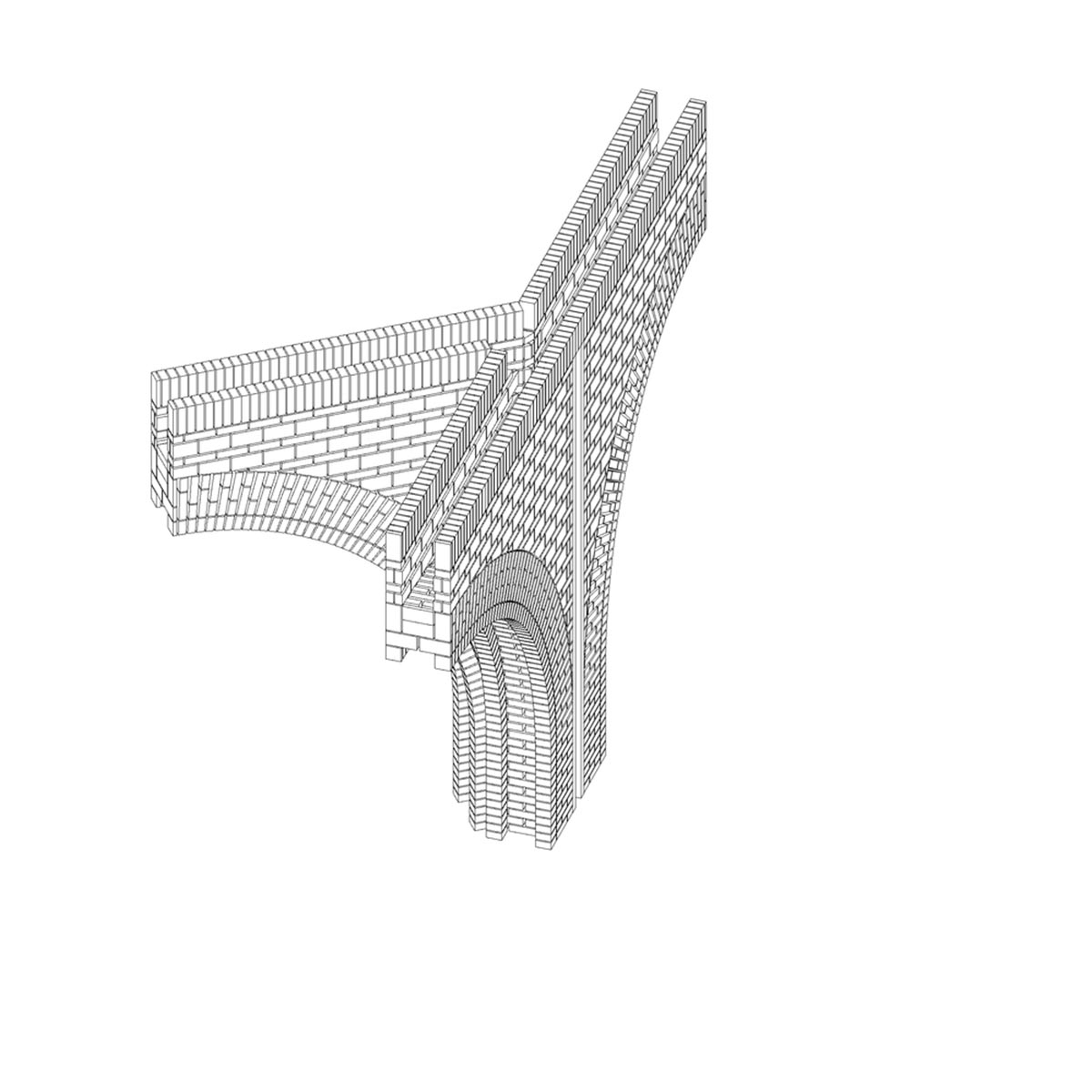 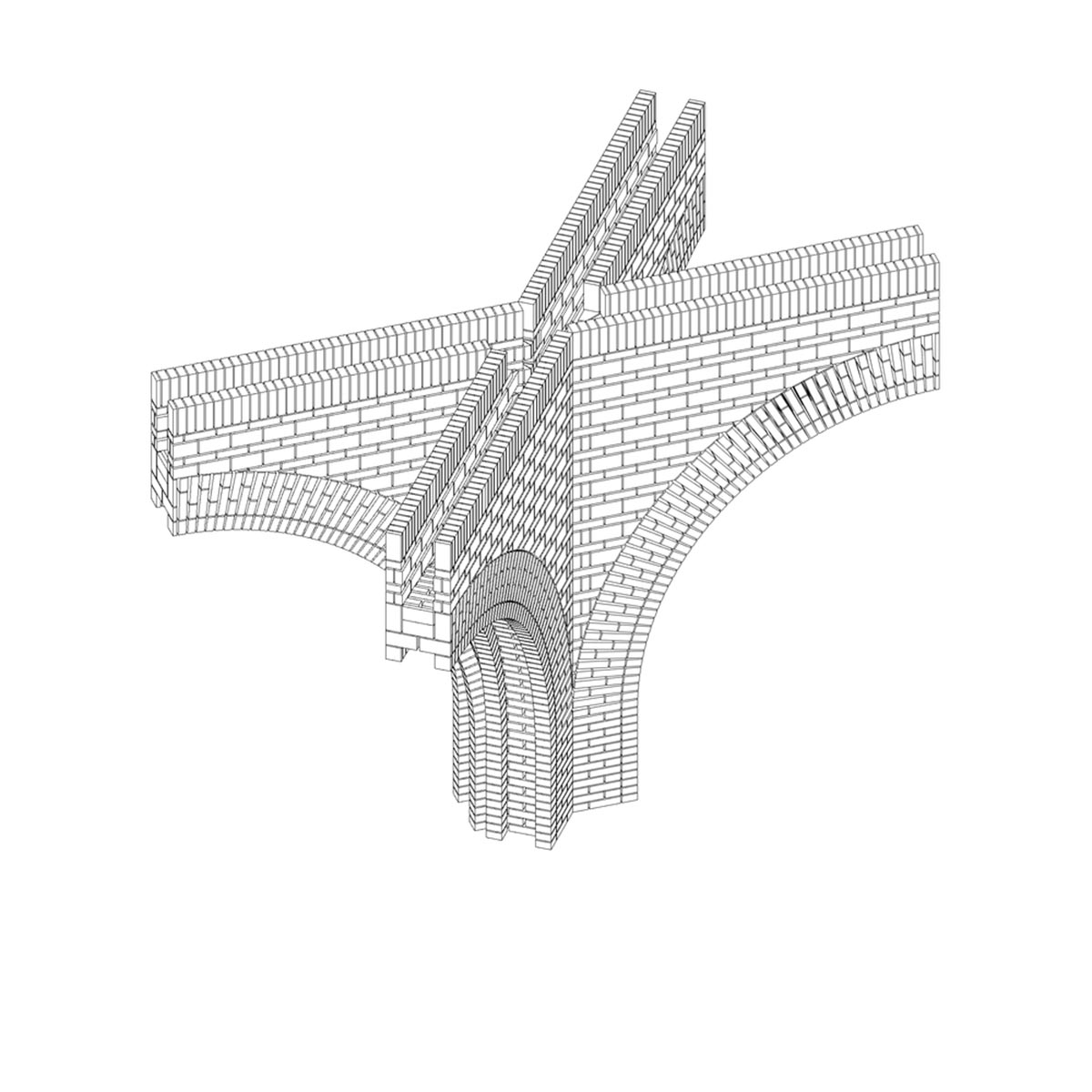 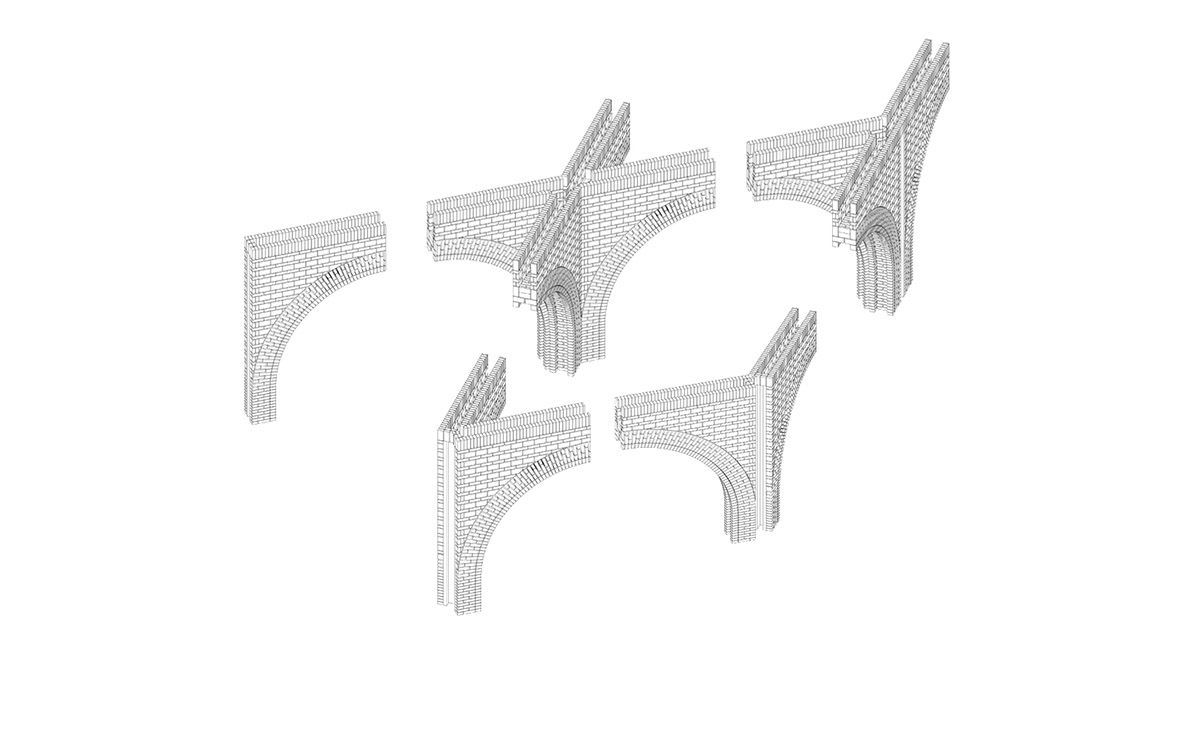 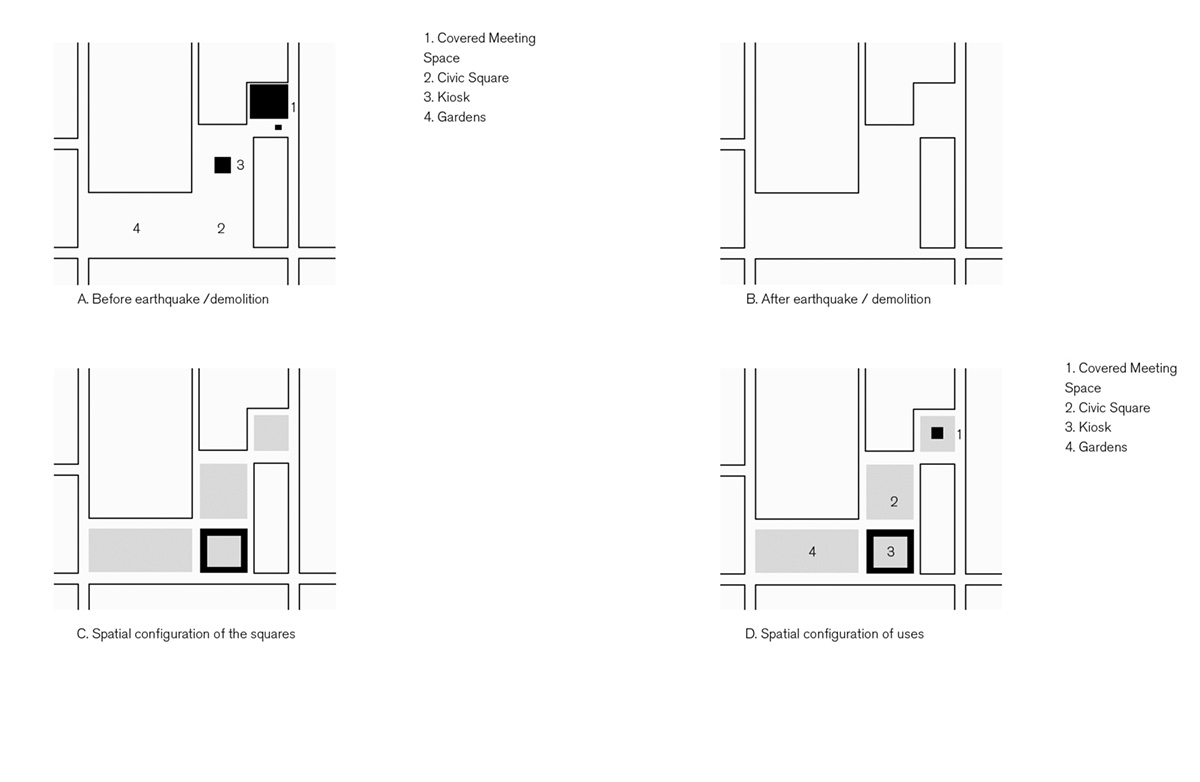 MMX is Associate Member of World Architecture Community and see MMX's up-to-date projects on WAC. Established in 2010, Estudio MMX was born as a collaborative team based in Mexico City, focused on the design processes for the diversity of scales of the territory.

Founded by Jorge Arvizu, Ignacio del Río, Emmanuel Ramírez and Diego Ricalde, the team seeks a practice of participation, whose work, synthesis of the structure of the team, promotes the consolidation of his experience through a collective dynamic.