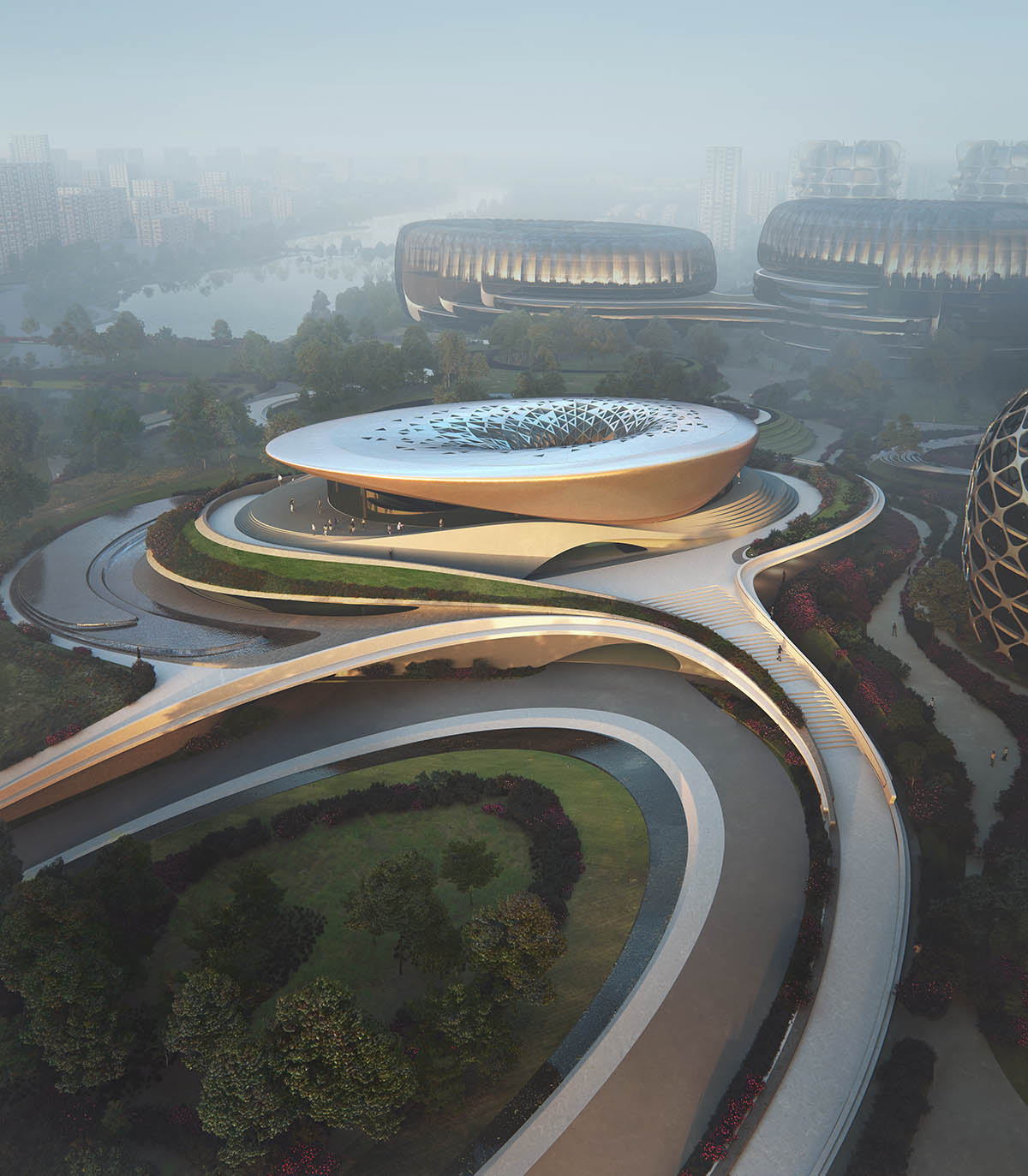 The firm has also released the construction video of the building to show how it is shaped with curved lines and with its super-smoothness.

"With China’s economy evolving from traditional industries to internet and technology-based organisations, the country is now home to a third of the world’s technology start-ups valued at over a billion US dollars - termed ‘unicorn companies’," said Zaha Hadid Architects.

"Chengdu, the capital of Sichuan province, has developed into a centre of excellence providing computer chips for half the world’s laptops and is a leading producer of mobile computing hardware."

"With a focus on next-generation information technologies, intelligent manufacturing, digital entertainment and new energy, the Tianfu New Area to the south of the city is being developed as an ecologically sustainable civic, business and residential centre for China’s technology and research sectors," the firm added.

The masterplan takes cues from the principles within the region’s historical natural engineering projects. The design creates a mixed-use masterplan for 70,000 researchers, office staff, residents and visitors, Unicorn Island has been designed to enhance the wellbeing of its community. 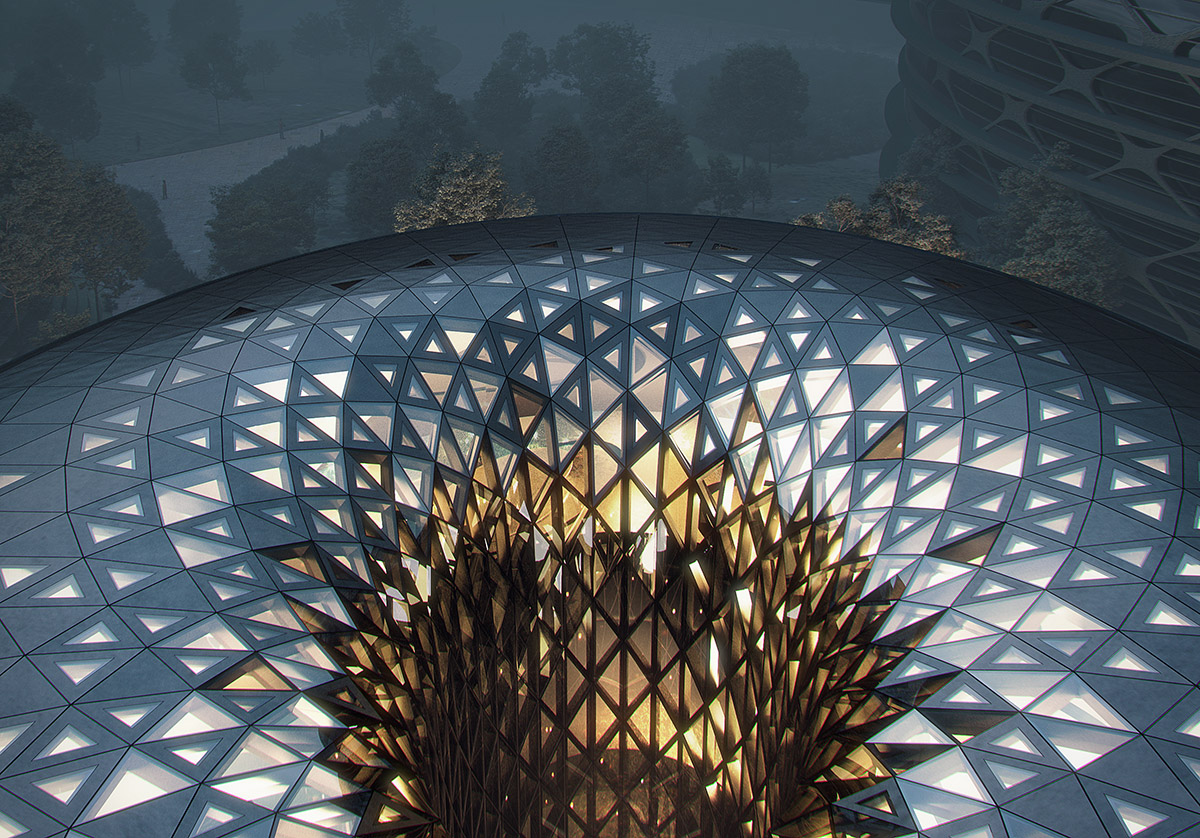 "Constructed 2,300 years ago to the northwest of Chengdu, the nearby Dujiangyan irrigation system on the Min river was named a UNESCO world heritage site in 2000," added the studio.

"This ancient water management system deployed the river’s natural forces to irrigate the Chengdu plain, creating some of the most productive agricultural land in China and protecting the region from flooding." 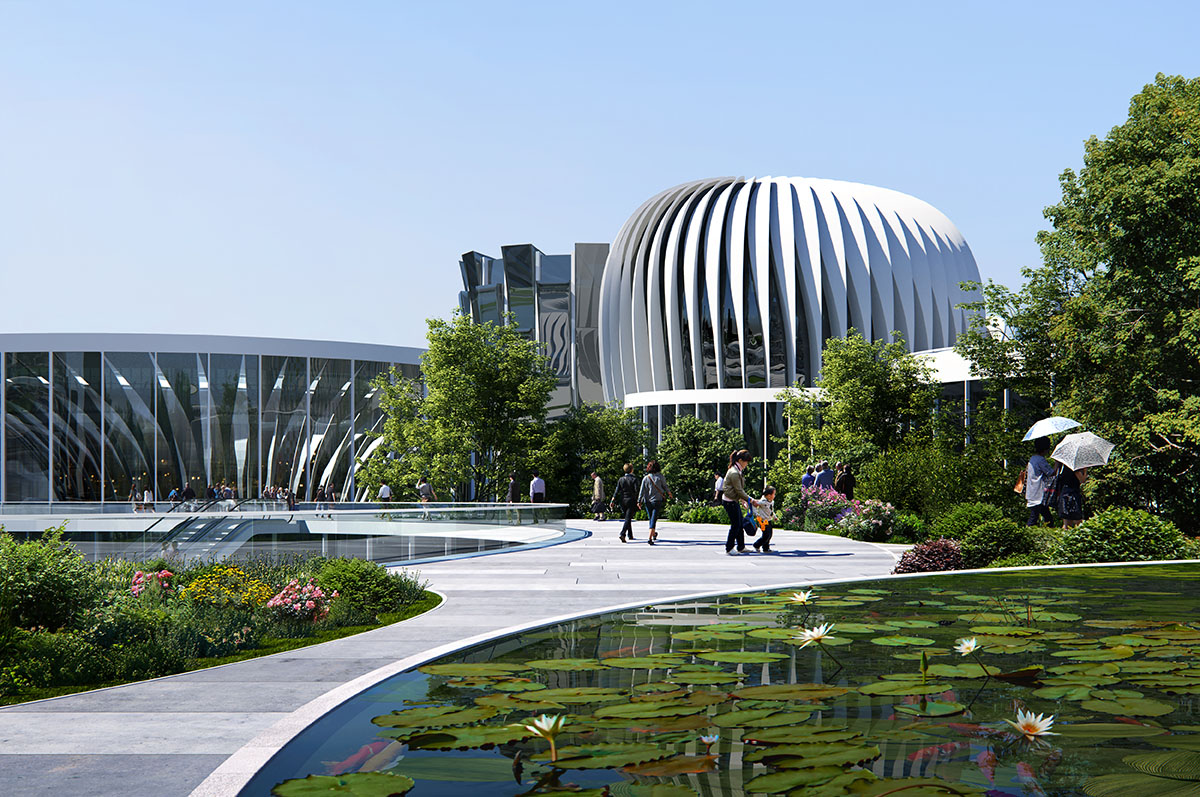 As the studio highlights, contemporary hydraulic engineering is also re-establishing the wetlands of the Tianfu New Area as part of a comprehensive ecological project that serves as water conservation, flood control and recreation area.

ZHA's design scheme is derived by the environmental principles of Dujiangyan’s historic irrigation system and Tianfu New Area’s ongoing work to re-establish its natural wetlands, Unicorn Island’s parkland design incorporates green civic spaces, water conservation and enhanced connectivity to create its living and working environments; following concepts that are redefining the true measure of a building’s efficiency as the improved wellbeing of its inhabitants. 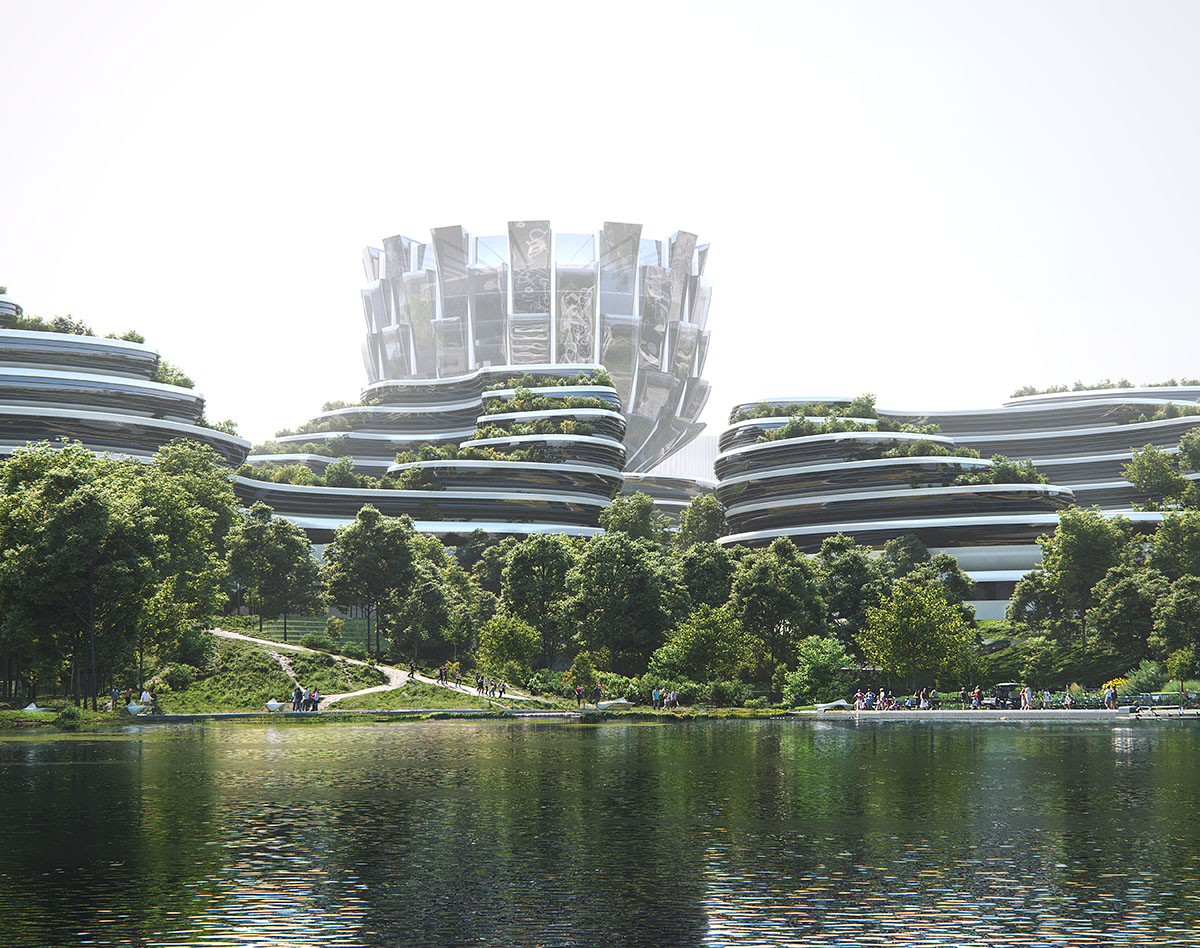 The studio designs clusters of buildings that surround Unicorn Island’s central plaza and metro station; its radial masterplan enables the entire island to be accessed by a few minutes’ walk or bike ride.

The height and composition of each cluster will be established organically over the lifetime of the development; directly responding to varying requirements of function, programme and efficiency to cultivate a diversity of interconnected buildings at a human scale that establish a sense of community. 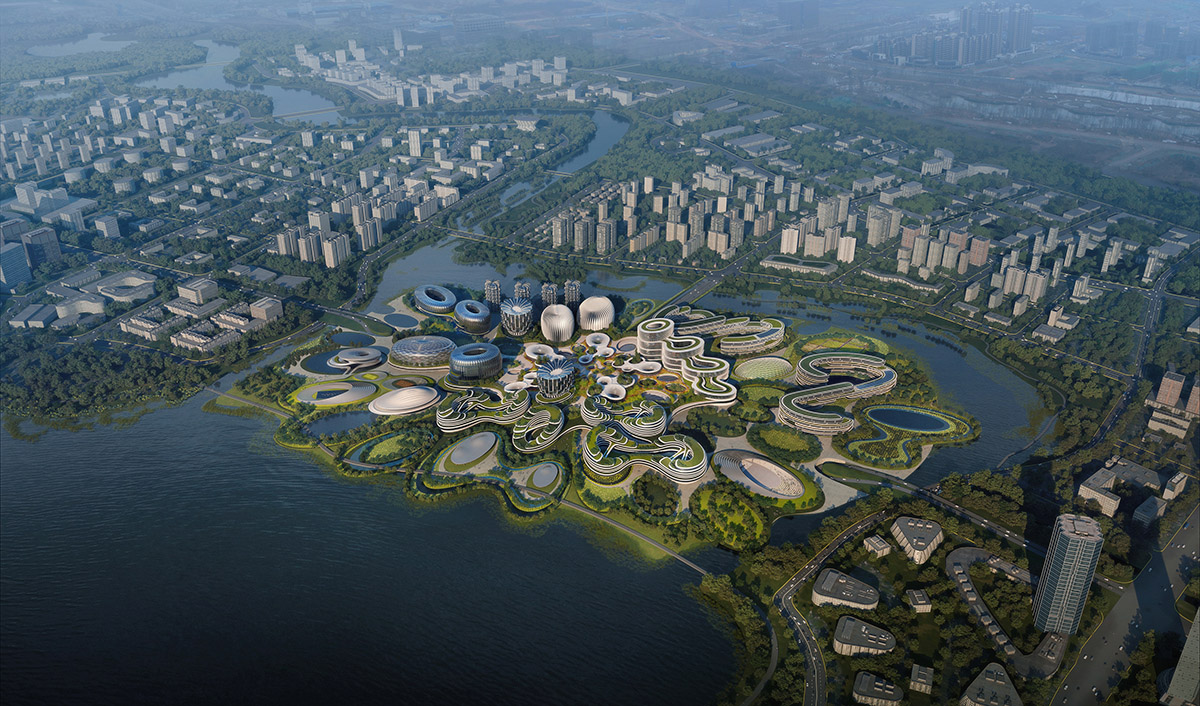 All images © MIR unless otherwise stated.