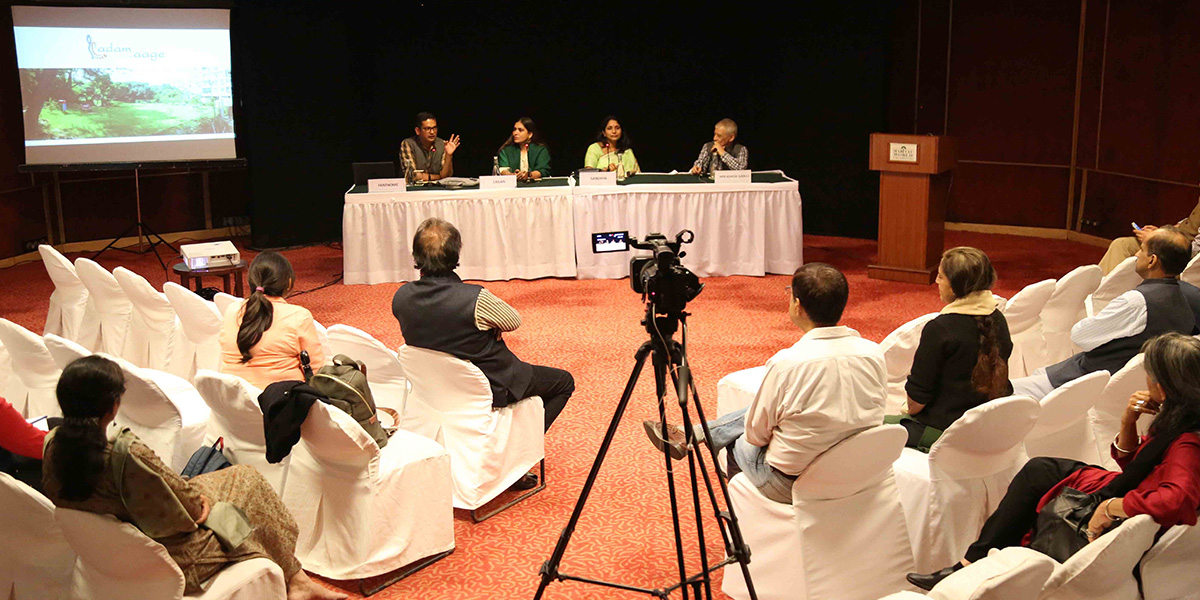 The 52nd edition of Architecture and Society, held on 19th November 2019 at the India Habitat Centre hosted speakers from Ek-Kadam-Aagey — an urban initiative that seeks to rejuvenate neglected pockets of the locality of Mehrauli through sustained community action.

Individuals from all walks of life, united by a common purpose have come together to create this robust team. Led by Sandhya Singhal, Lagan Rai McPereira and Andre J Fanthome, the team’s efforts have paved the way for greater involvement, recognition, and responsibility on the part of the citizens to take stock of things when it comes to confronting quotidian cleanliness problems.

With regard to the intervention in the Mehrauli Archaeological Park, Fanthome narrated how this initiative came about as a result of the overbearing stench emanating from garbage dumps along the park boundary at the end of the monsoon season. The process of transformation demonstrated the will to look beyond one’s confines for the betterment of society and bring to fruition a thriving green expanse where people of all age groups come today to unwind.

Sandhya and Lagan shared animated anecdotes about overcoming the numerous impediments that came in the way — battling regressive mindsets to convince the local authorities and residents, addressing the menace of stray bovines, ridding parking lots of illegal activities and confronting local goons, among other obstructive elements.

Despite the array of challenges, the speakers expressed how grit and determination towards their work proved to be immensely rewarding in the end, and not just with the public park taking shape — but with finally convincing several stakeholders of the need to undertake such voluntary initiatives. Help eventually poured in from certain levels of the government, and the project materialised as a resounding success.

As the audience applauded the team’s painstaking efforts, Greha President MN Ashish Ganju noted that when citizens unite to find solutions, ideas emerge, and however incoherent they may seem, the will to create positive change will organically bear fruit. Congratulating the trio for their spontaneous engagement with cleaning up the neighbourhood, he expressed his hope for others to follow suit.