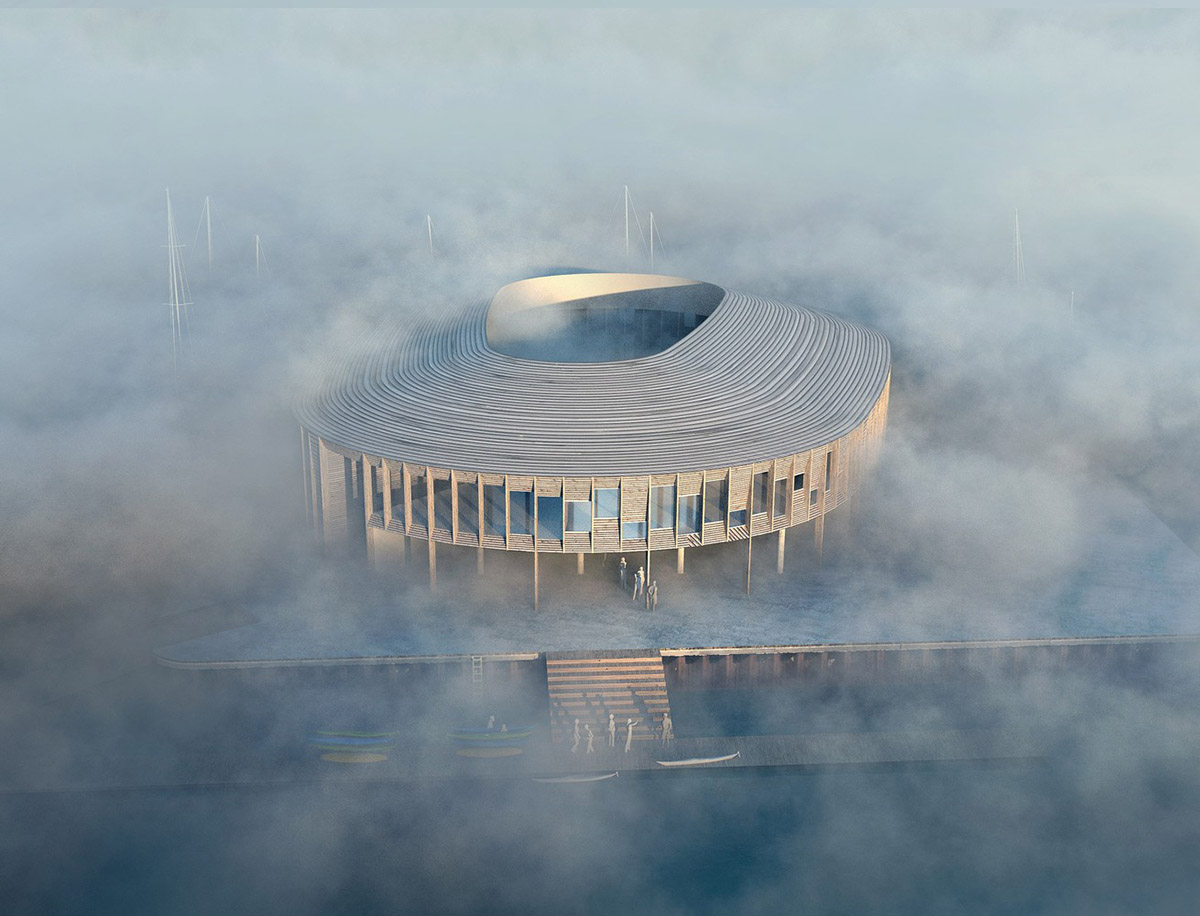 Danish architecture firm WERK and Snøhetta have won a competition to design a new maritime center in Esbjerg harbor, Denmark. Called Lanternen or the Lantern, the design scheme aims to create a unifying framework for the harbor's many maritime activities and rich associations, focusing on community-based activities.

Designed as "a glowing lantern in the vast coastal landscape", the new maritime center has been designed to reconnect the water and the city. The front facade of the circular structure is raised over thin wooden columns and opens itself to the harborfront.

"Our project Lanternen thus becomes a new landmark for a coastal community and a living focal point along the North Sea," said WERK in its statement. 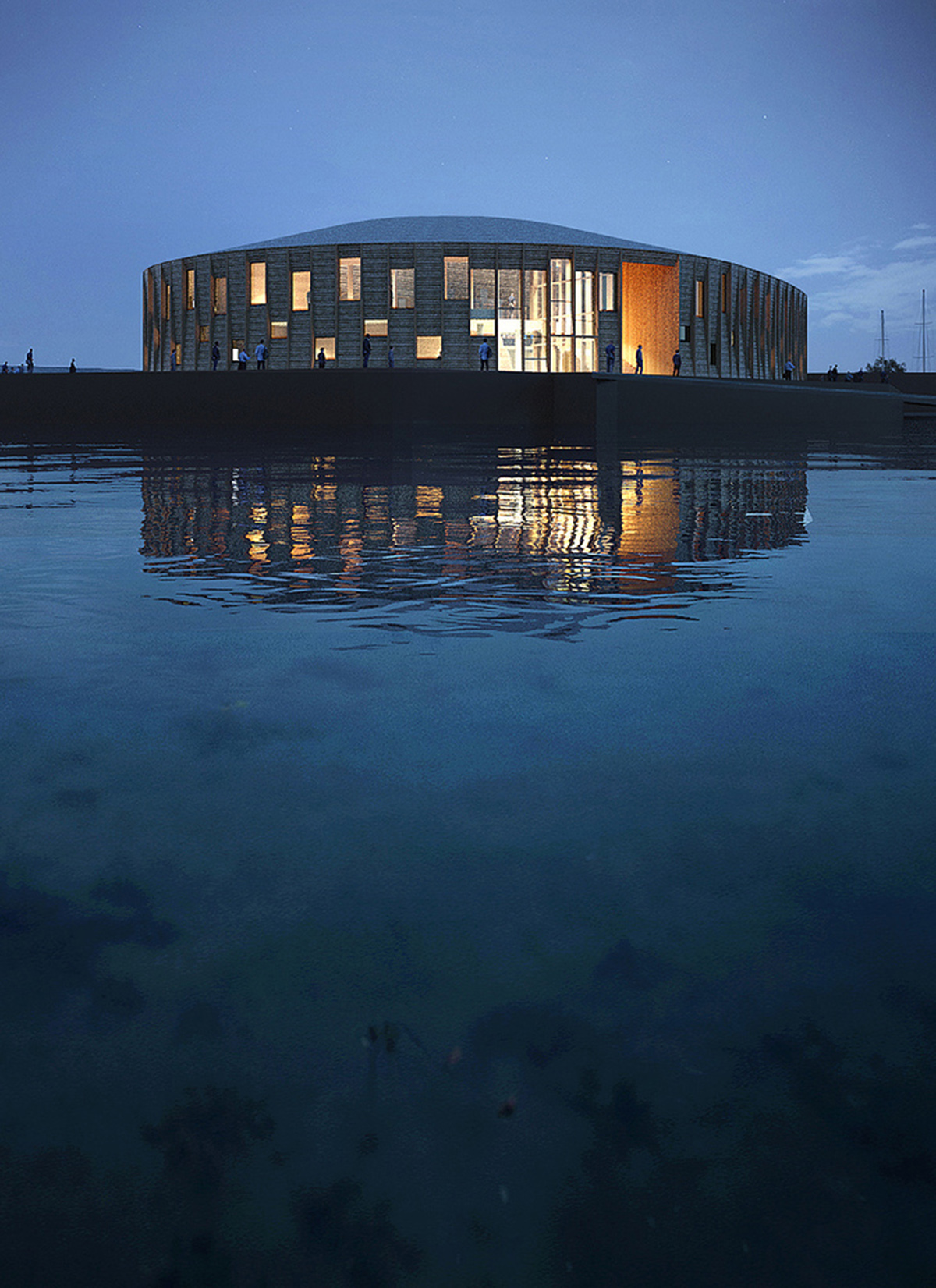 "The Maritime Center is a house with no back sides and a house where the community is the focus. In the heart of the house you can feel and follow life both on land and at sea."

According to the jury, the structure proposed a high level of functionality and offers a distinguished architecture to bring community in it.

"The proposal is distinguished by combining the desire for a fascinating and innovative architecture with high functionality and the intention to create a framework that supports the community and creates a new cohesion between the players," the jury said.

"Overall, the proposal is considered to balance aesthetic, raw and robust functionality in a very beautiful combination, tailored to Esbjerg, the new context and the harsh climate, and is therefore considered to best fulfill the program's wishes."

"The proposal has, with a strong main handle, created a unifying and very identity-building structure," the jury concluded. 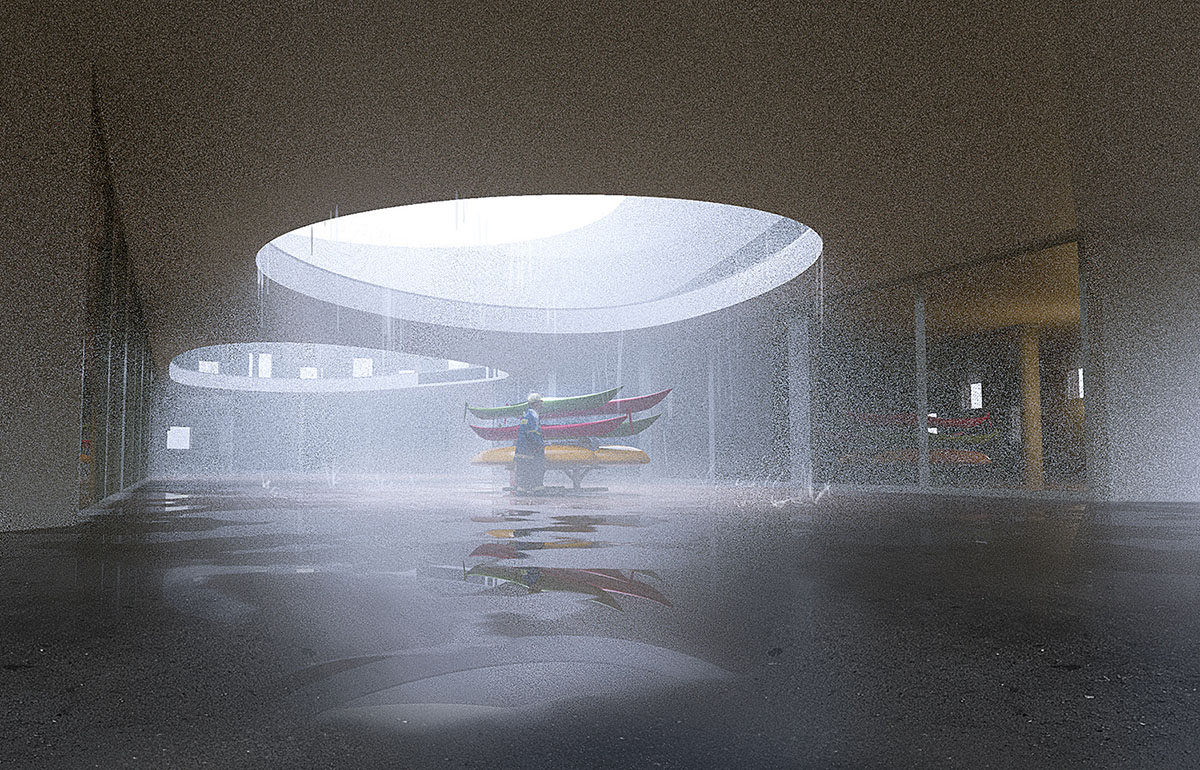 The 4,000-square-metre structure reflects the forces of the sea and creates a connection between the city and the harbor. Like a lighthouse, the maritime center has to face the sea and literally light up. The lantern will be a new landmark for the Port of Esbjerg.

The team tried to form a room for the experienced diver, the tireless calms and the school class who will catch crabs, but also for the random passer-by who catches a glimpse into a fantastic world of heaven and sea. 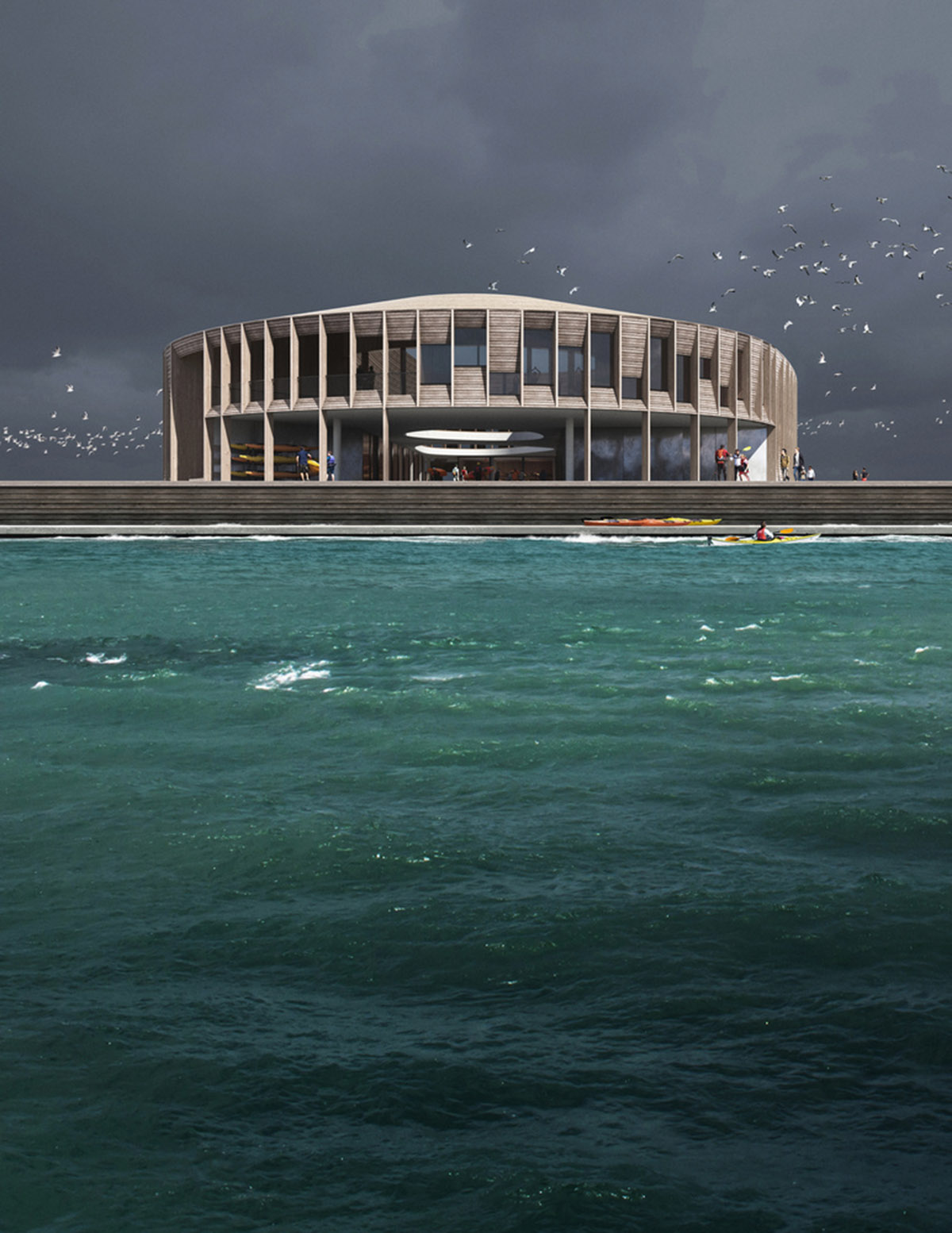 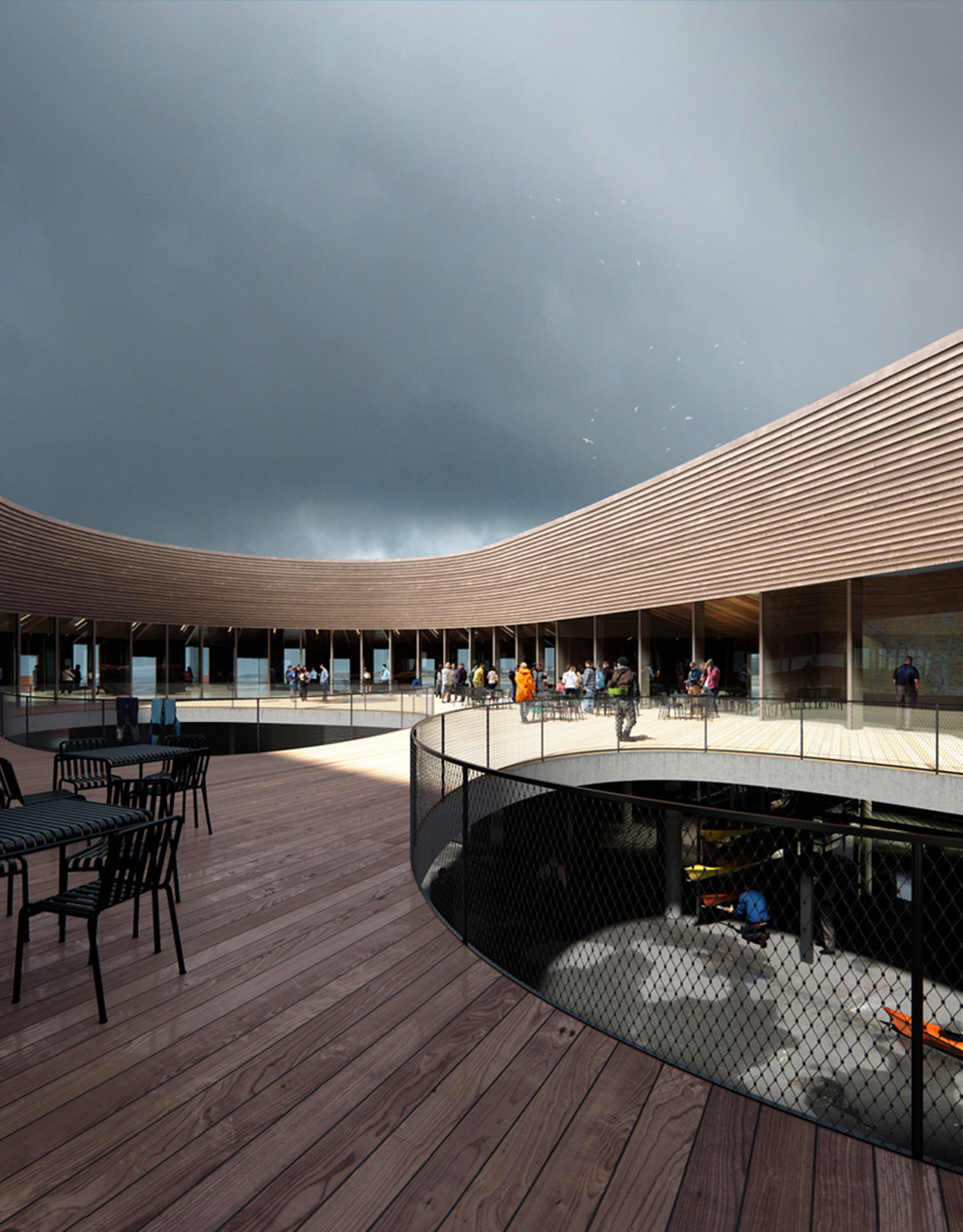 The lantern consists of of two central areas that create activity and cohesion. The hall provides a framework for the associations' common practical facilities with space for equipment, tools and equipment. It offers a direct contact with the water, space to flush boats and meet about workshop activities. 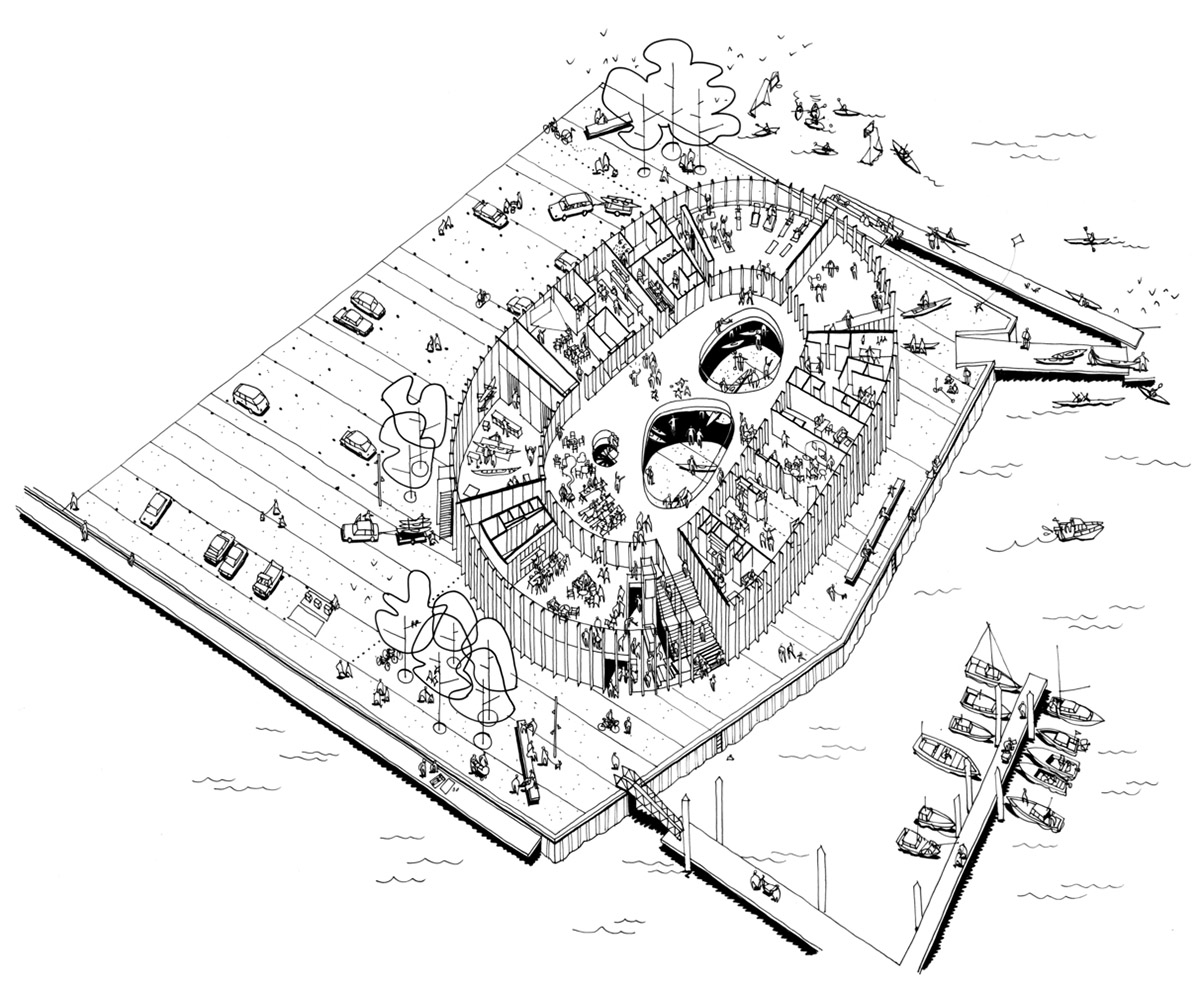 The Lantern includes two skylights, contact is made to the Social Heart on the floor above, where the associations' individual areas are placed close around an inviting common space and terrace, which becomes a new urban space in itself. In the shelter of wind and weather, people gather in the house's Social Heart and exchange experiences about the sea.

The Maritime Center is expected to be completed by 2021 and will be erected in wood.

All images © MIR, courtesy of Lantern-WERK, Snøhetta and Oluf Jørgensen A / S.