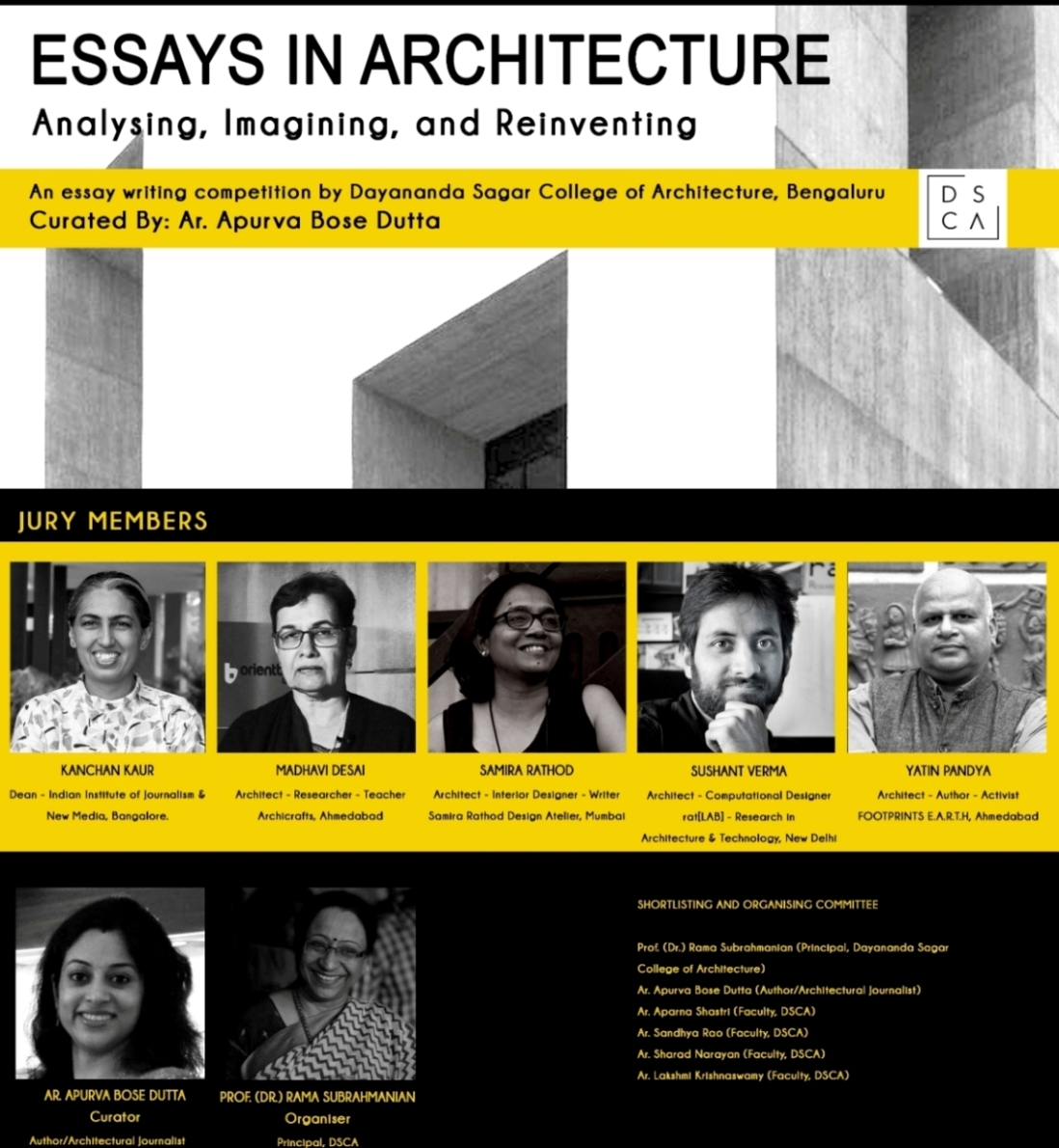 Dayananda Sagar College of Architecture (DSCA), Bengaluru, one of the renowned architectural institutions of India has announced the launch of its essay writing competition "ESSAYS IN ARCHITECTURE: Analysing, Imagining, and Reinventing".

Essays in Architecture is aimed at architectural students who have a flair for writing and display an ability to articulate ideas in written format. It has been conceived with the belief that the expression of thought and ideas can be done with the help of the written word, and not just the time-tested methods of architects.

The institution through this maiden venture in South India hopes to establish this event as a standard for exemplary literary output. It is also hoped that this competition will encourage students to think beyond the conventional roles that architecture as a profession has offered thus far.

Reflecting on the need to initiate this kind of a competition, Dr Rama R Subrahmanian, Principal, DSCA says, “The ability to communicate and write logically and with clarity is essential if architects are to assume leadership, and prevail in social, political and economic contexts where key decisions about the built environment are made. The Essay Prize is an endeavour to promote writing about design as a valuable accomplishment. The ability to write about design is rare, and we hope to honour this less valued skill and highlight the accomplishment.” 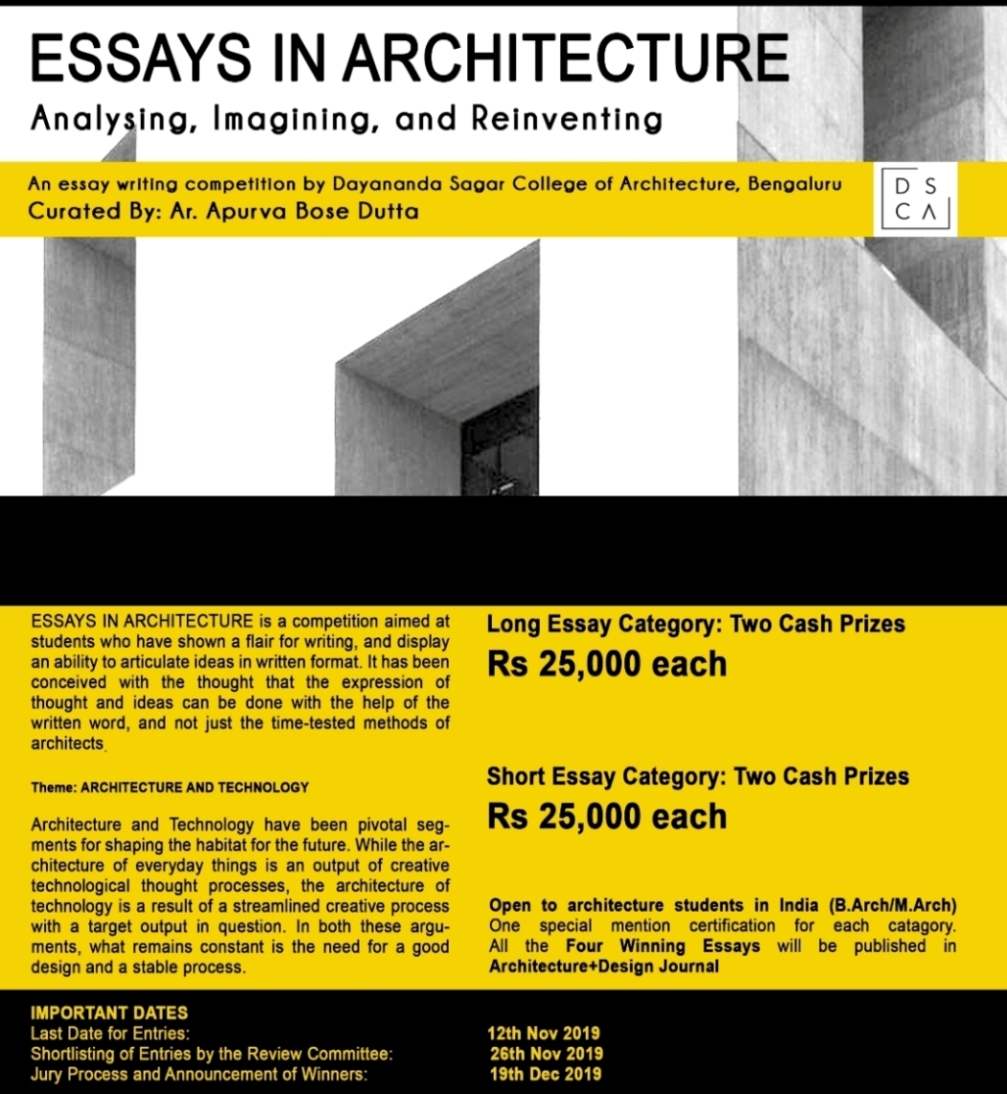 The theme of the essay writing competition is "Architecture and Technology", and it hopes to explore motifs of both a utopian and a dystopian nature. It is eventually hoped that the students attempting the essay competition will learn the nuances of applying architecture with technology.

The competition is open to registered architectural students who are pursuing a bachelor’s/master’s degree in accredited schools of architecture in India. Entries are invited in two formats, Long Essay (2500 words) and Short Essay (1000 words). Two Cash Prizes of Rs 25,000/- each, plus a Special Mention will be declared in both the formats. The four winning essays will also be published in a forthcoming issue of India’s respected architectural journal, Architecture+Design.

For any queries, write to [email protected].

> via inputs from Apurva Bose Dutta, Curator for the Competition.