Istanbul-based architecture firm Superspace has created a group of mini solar balloons harvesting limitless energy from the sun in the city of Masdar, Abu Dhabi.

Named solarCLOUD, the team used 1500 solar balloons covered with a "solar fabric" which is one of the latest products of the solar industry. Once planting a balloon on the site, it behaves like a crop, growing daily and catching the sun for "electric energy".

The proposal was designed as part of the LandArt Generator Competition, bringing forward solutions for sustainable energy infrastructures that enhance the city as works of public art while cleanly powering thousands of homes.

Proposing design for Masdar City, which is described as a 21st-century urban laboratory, not only with its energy and sustainable policy but also urban and environmental approach, the team's project also offers "a place for the community" and "a gathering place for all", while creating energy for electricity and also creating energy for life within the biologic rhythm of earth. 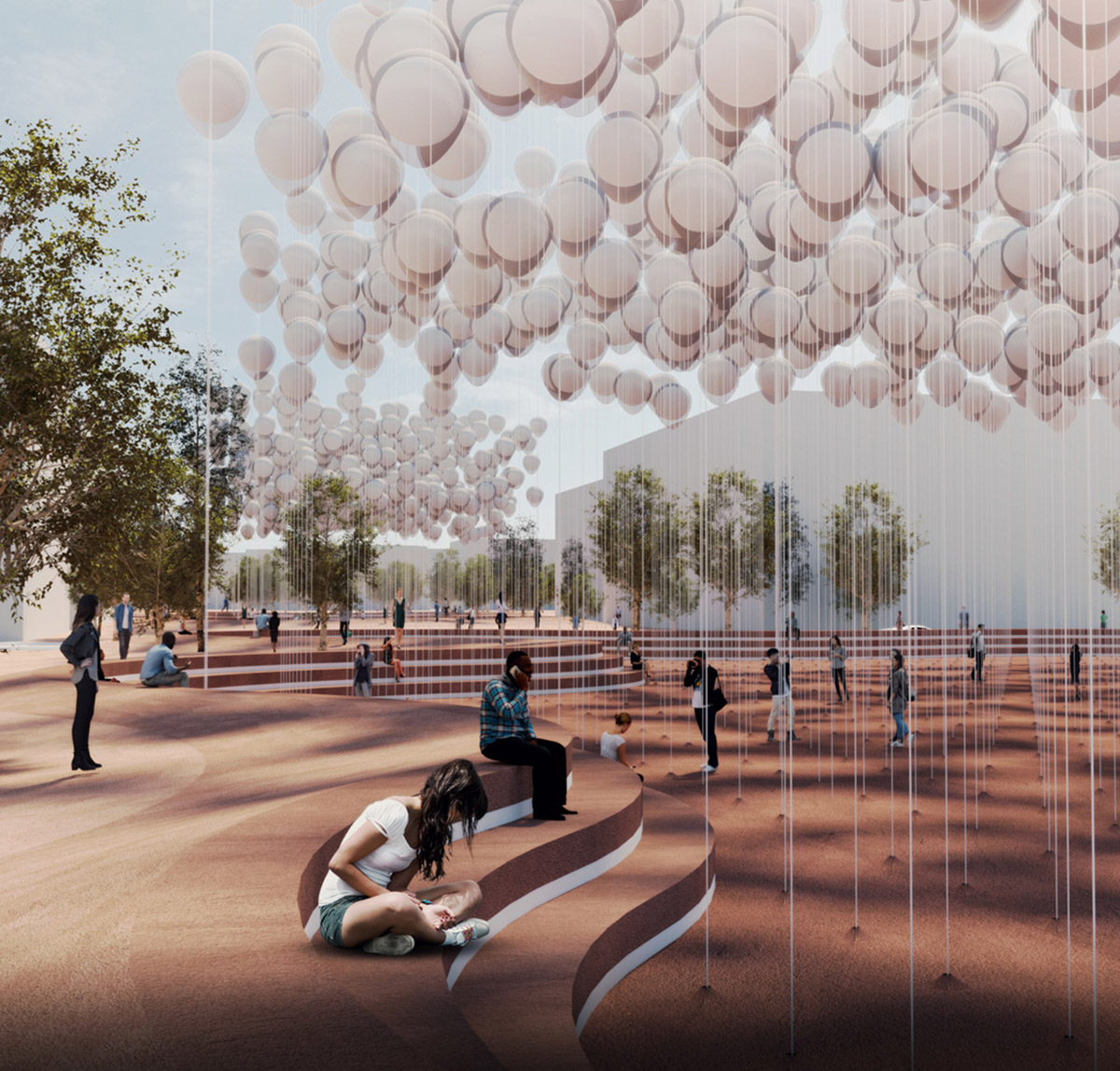 solarCLOUD consists of a group of mini solar balloons gathering together as the society comes together for a bigger reason, in this case, hunting renewable energy; a modular and holistic sculpture, which starts moving by the day for catching the worthy and limitless energy of the sun.

They also provide a relaxable shaded aggregation square for inhabitants, turning itself into a digital art platform at night, as the moon lits up, having limitless amount of shapes and light. 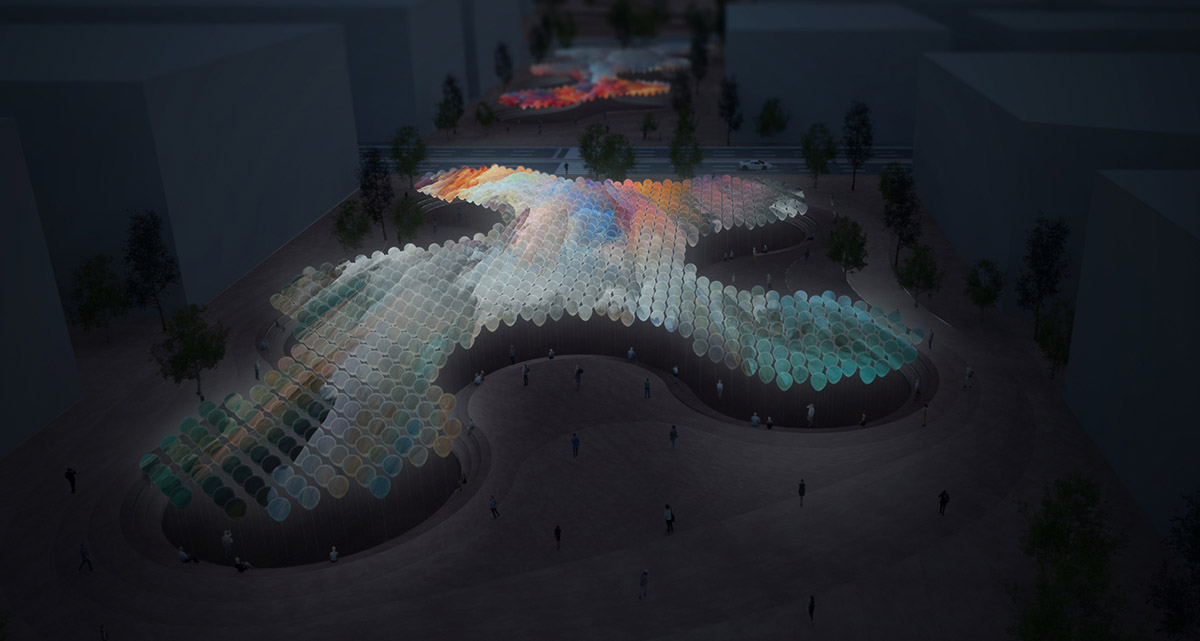 The installation acts as a sculpture that is hung in the air and a sculpture that never settles down, a sculpture, like a living creature, living as humans and many other animals and plants go with circadian rhythm of life.

The solar balloons, like sunflowers, are triggered by the sun and followed it every day like a moving sculpture. The solar balloons would start to rise by using the heat of the sun to catch more daylight to generate electric energy from the sun, also triggering the roller for mechanical energy. It generates an endless variational cloud every single day, also generating and providing a moving shade underneath.

"While the cloud is hunting sun at daytime and shading for the podium, nighttime balloons descend to a specified height, after losing their heat energy inside, and becoming individual ‘pixels’ of a 1500 balloon media cloud," said the architects.

"solarCLOUD is a programmable digital platform, which would become an open-air new media museum that host many artists all over the world, scheduled for a ‘changing and refreshing content’ monthly, weekly and daily programs from different artists."

"In this era of internet and digitally enhanced IoT technologies, a community fosters not only in actual spaces but also in virtual ones, and sometimes more than easily," the team added. 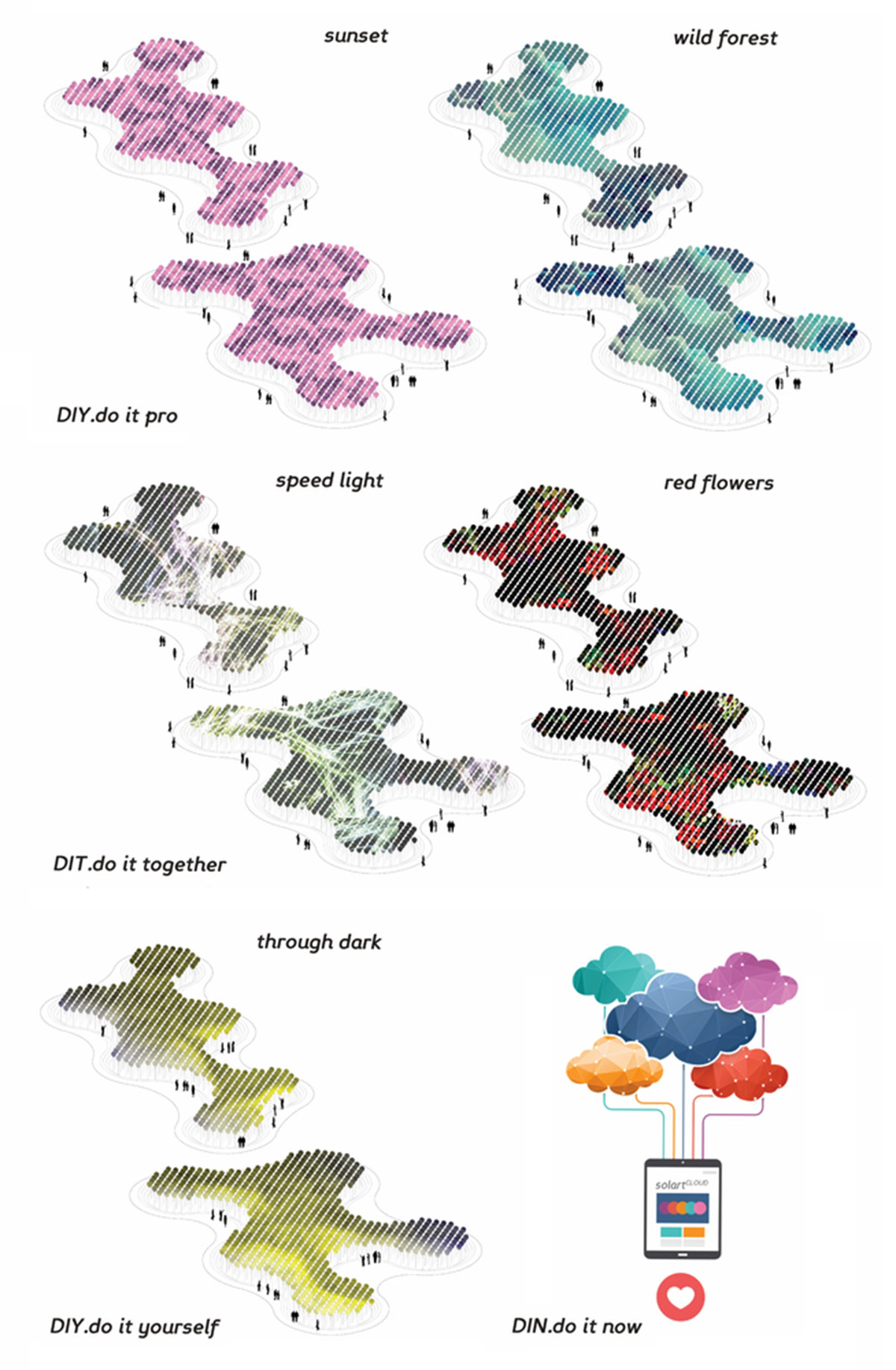 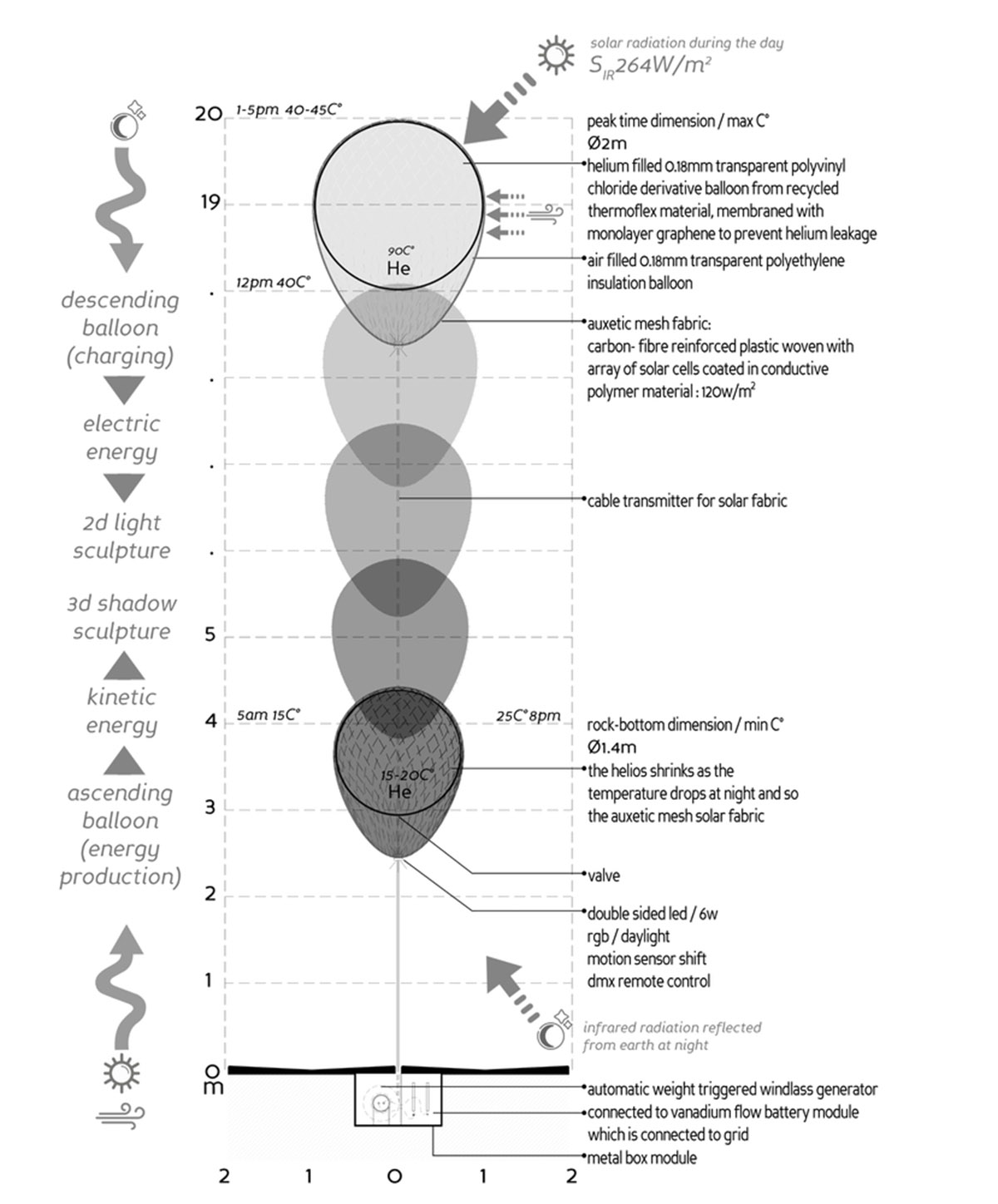 solarCLOUD could serve as an interface for both, even living a double simultaneous life of dark and light in the realms of cyberspace and Masdar at the same time.