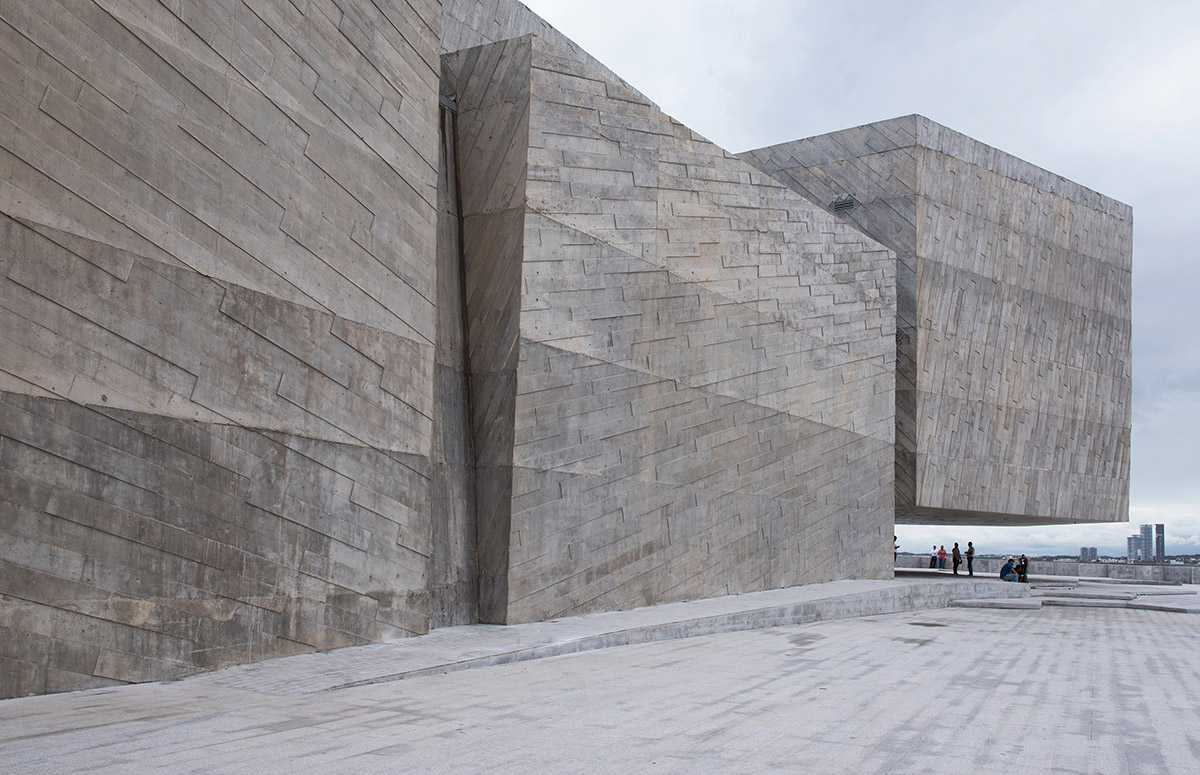 Mexico-based architecture firm Rojkind Arquitectos has completed its new concert hall in the coastline of Boca Del Rio, Veracruz in Mexico, which is stretched out along the Jamapa River with fragmented and board-covered-looking volumetric pieces. Named Foro Boca, the 5,410-square-metre project will house the Boca del Rio Philharmonic Orchestra, which was formed in 2014 to activate city's local cultural life.

Developed as a big masterplan of the city to revitalise Boca Del Rio's urban area that is currently deteriorated, the site is situated in a strategic location where the piece of land is located beside the breakwater - dividing the river and the sea, the end of the Coastal Avenue Vicente Fox, and its point of convergence with Avenue Zamora, where all the local restaurants are lined. 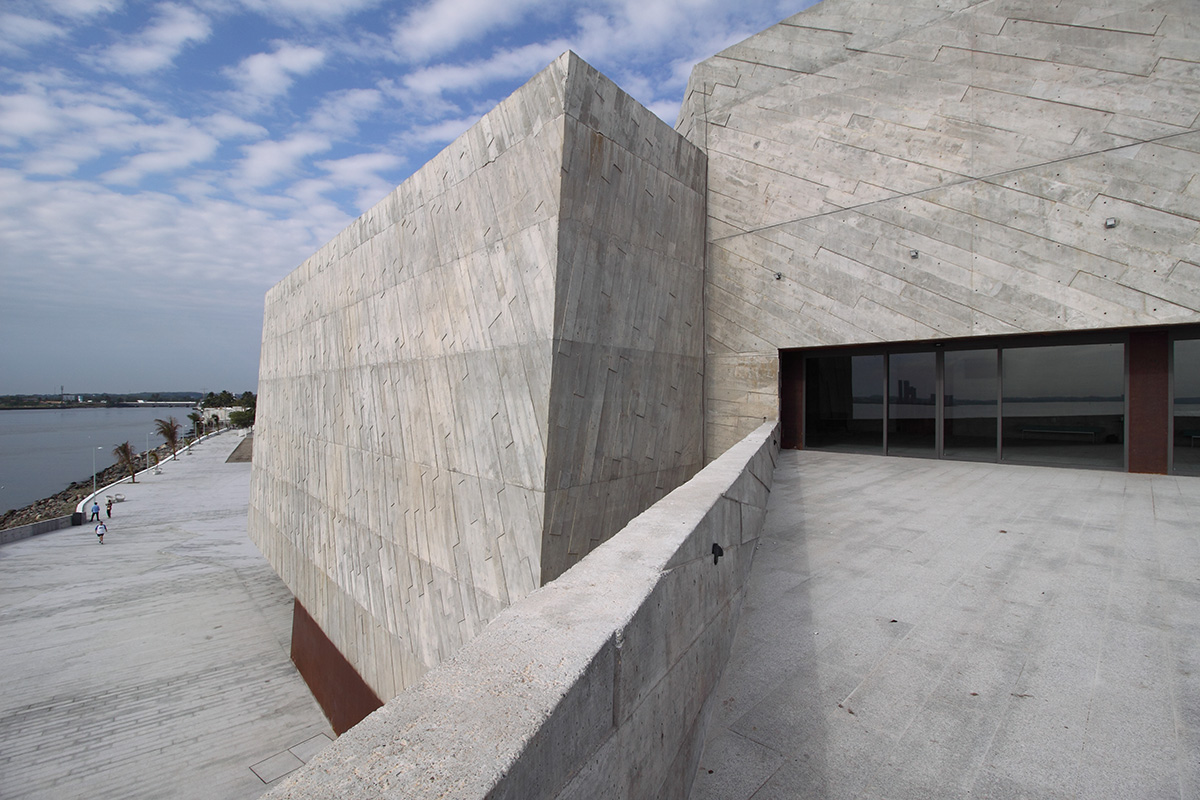 Boca Del Rio's this area is seen as the continuation of the contemporary urban image of the central city, which is conceived to be renovated and reconstructed in the near future throughout this Jamapa River. Rojkind Arquitectos' Foro Boca Concert Hall will be a modern and trigerring tool to boost this modern redevelopment plans. 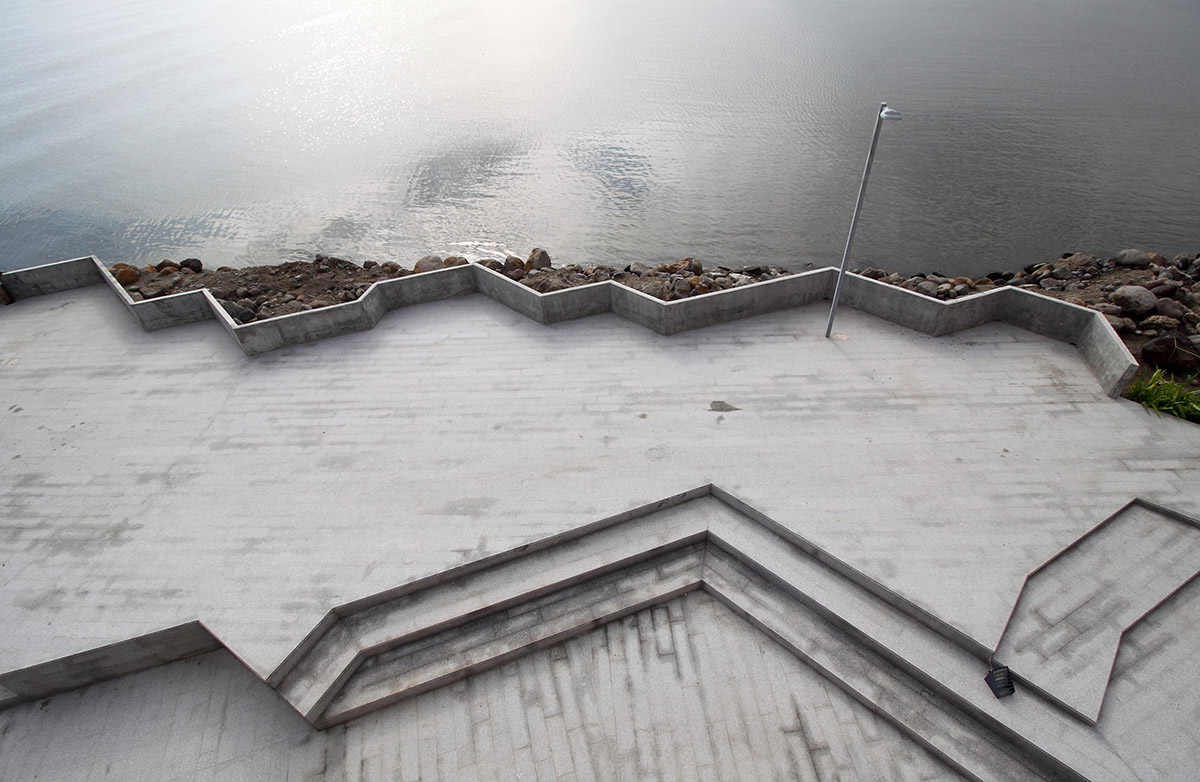 The studio creates a timeless expression by using giant concretes cubes - formed by ripraps in the breakwater, assimilating them as its origin and re-interpreting them in a building made of apparent concrete, forming various areas of volume that contain the concert hall.

Following a distinctive architectural language for the form of the building, the concrete volumes' facades are marked by board-looking texture and gives a different identity to the building with simplistic details. The volumes are changed in sizes, geometries and angular configurations. 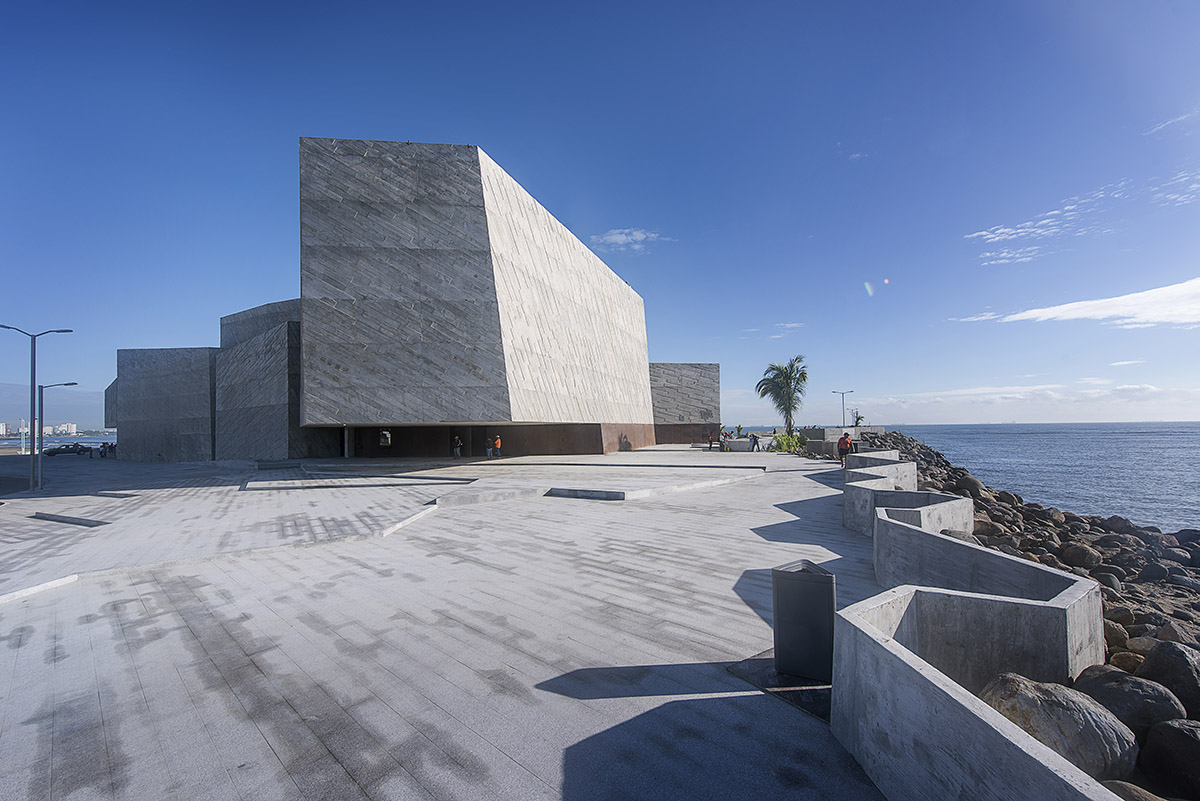 The architectural program of the building houses a concert hall for classical, traditional and popular music for an audience of 966, also having the possibility of presenting shows involving dance and theater, as well as cinema.

Additionally, the forum will have a rehearsal hall that can also serve for camera concerts, floor theater plays, cinema and contemporary dance presentations. The hall accommodates up to 150 spectators. 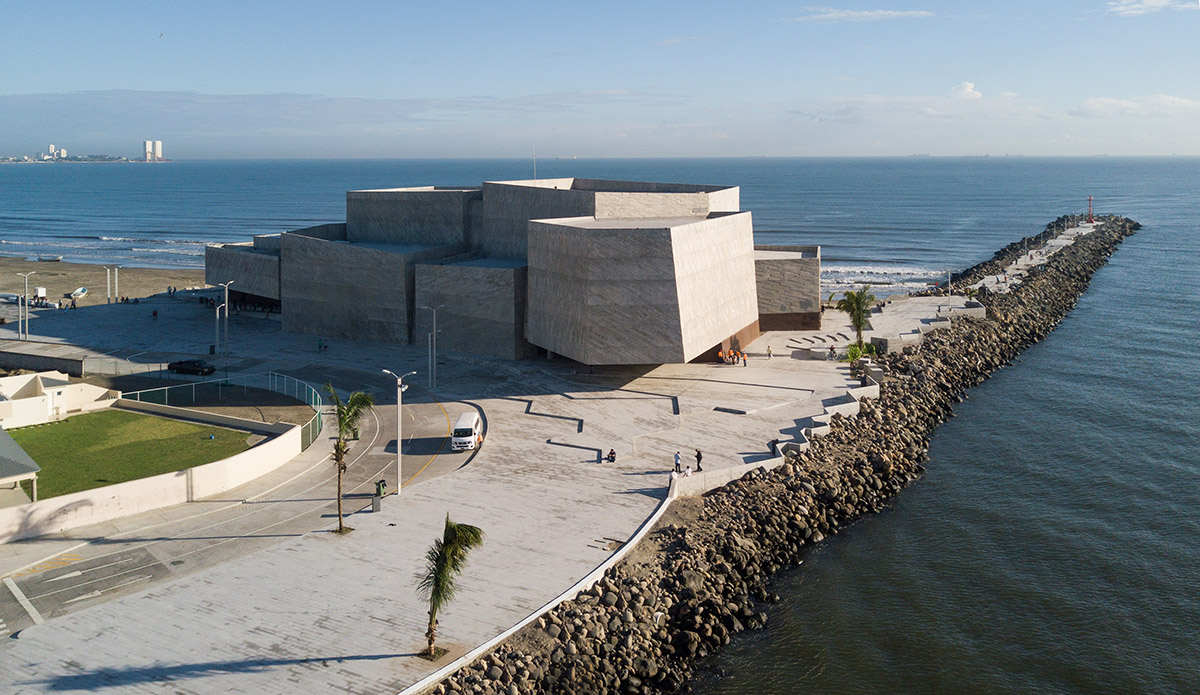 In its interior, the concert hall unfolds thetechnical knowledge of foreign and local specialists in acoustics, isoptics and theatrical mechanics. It possesses the equipment to become the most sophisticated concert hall in the country.

"The Back of the House area of the forum responds primarily to the needs of the philharmonic orchestra. It will feature rehearsal halls for percussionists, pianists and solo performers, and a recording studio. It has general changing rooms, private changing rooms for directors, guest performers and the philharmonic’s director," said Rojkind Arquitectos. 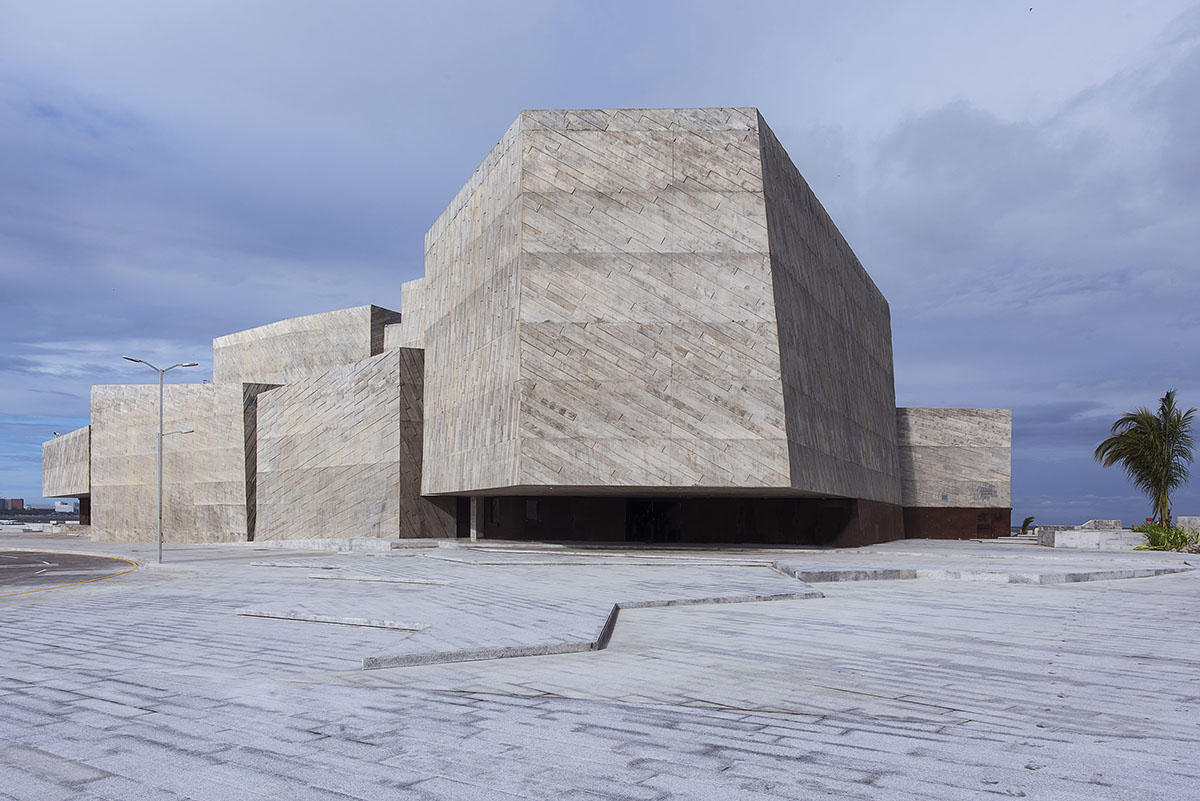 "These areas were conceived to combine the daily routines of the orchestra with the needs of the other activities, such as a theater performance. The building will also hold an office area and a musical library. In all these facilities, the forum will be able to offer workshops, courses and various festivals."

"The public area of the building features a three- story height vestibule combining the floors and voids creating the access to the halls. The final floor fits a terrace overlooking the river and the sea. The building also has a cafeteria and a restaurant. Within the platforms of the vestibule, spaces are formed where solo concerts, camera concerts, dance performance and contemporary theater plays can be held."

"The Foro Boca generates a public space on its exterior that permits the extension of the access plaza throughout the breakwater area, creating points of entertainment, or ludic spaces that complement the public life of the hall. There will also be an audio and visual projection system to be screened on the interior façade of the building, with the intention of consolidating a social enclosure that builds on the public sphere of the area," added the studio. 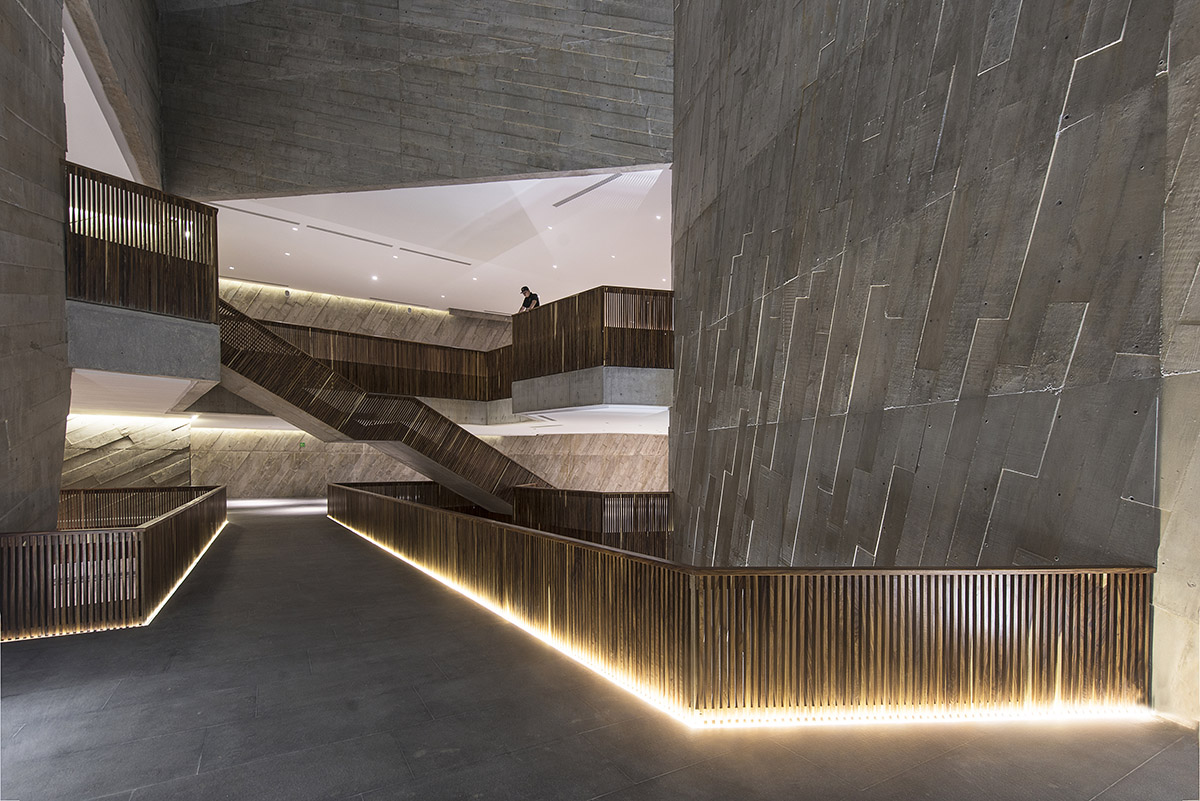 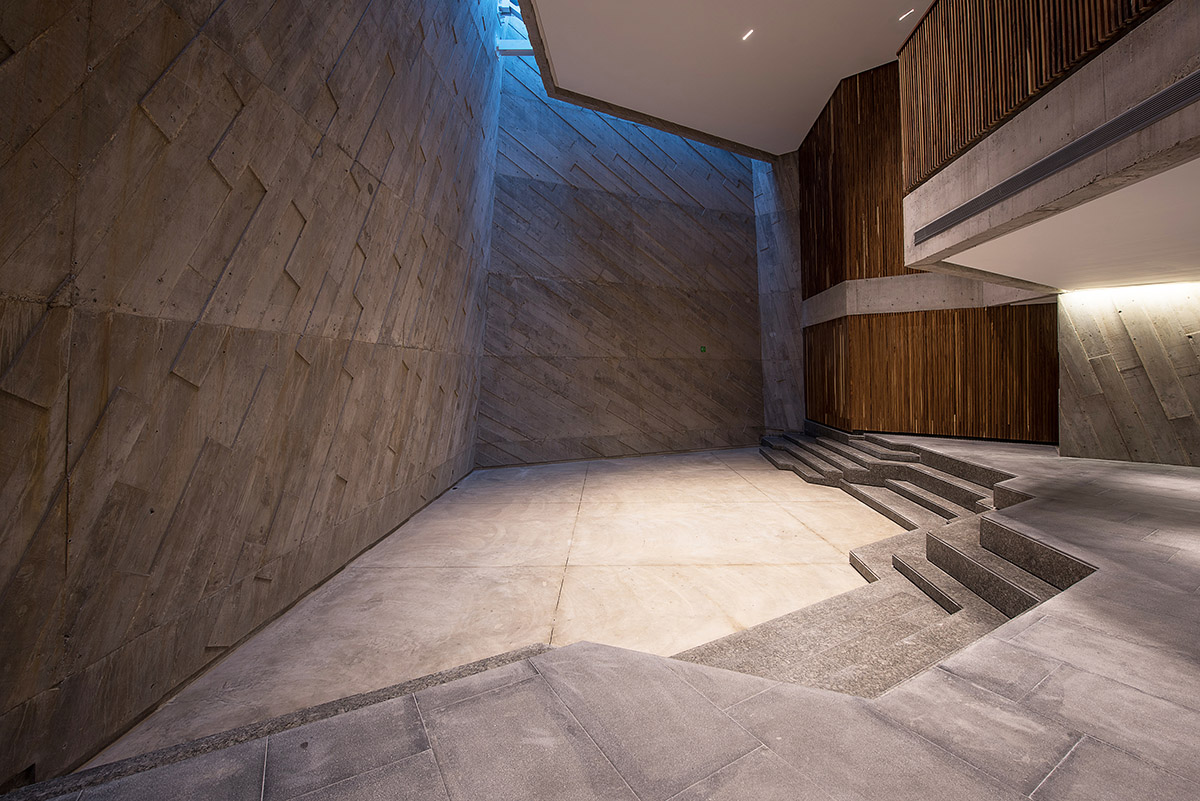 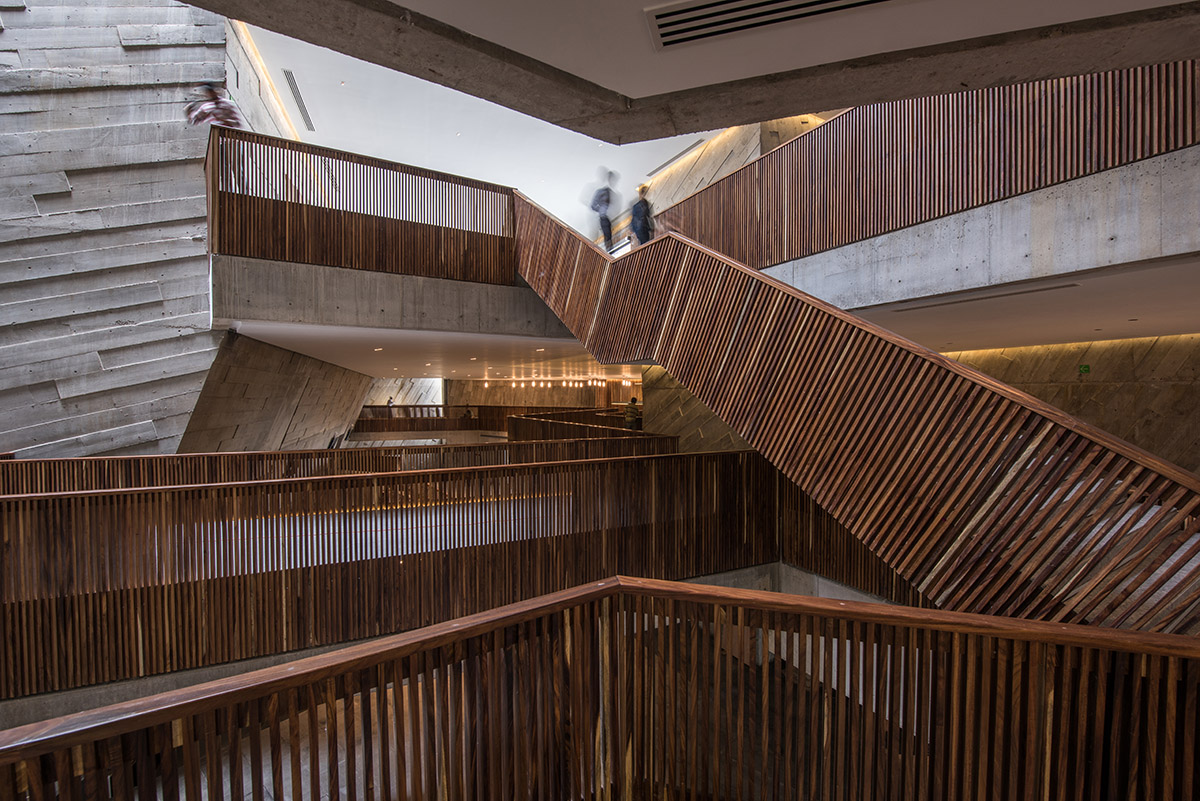 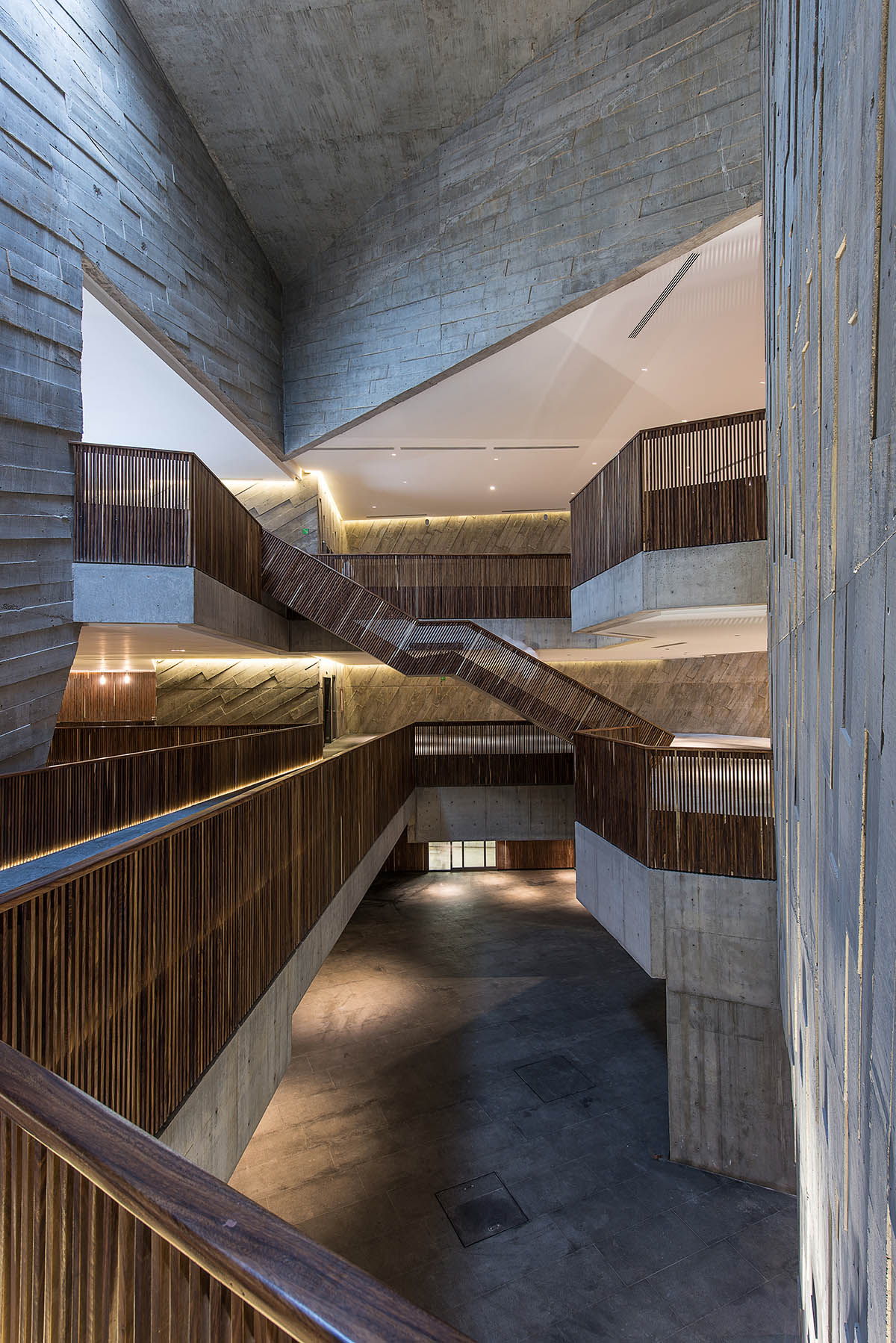 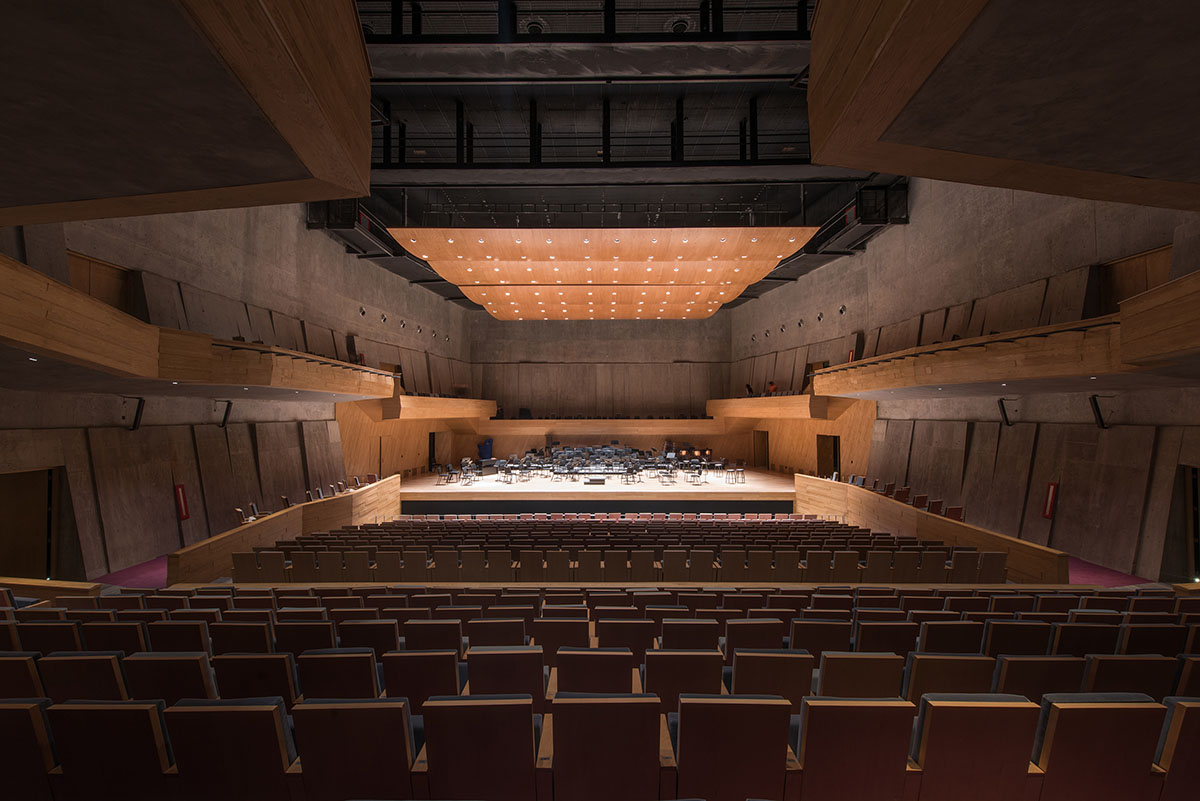 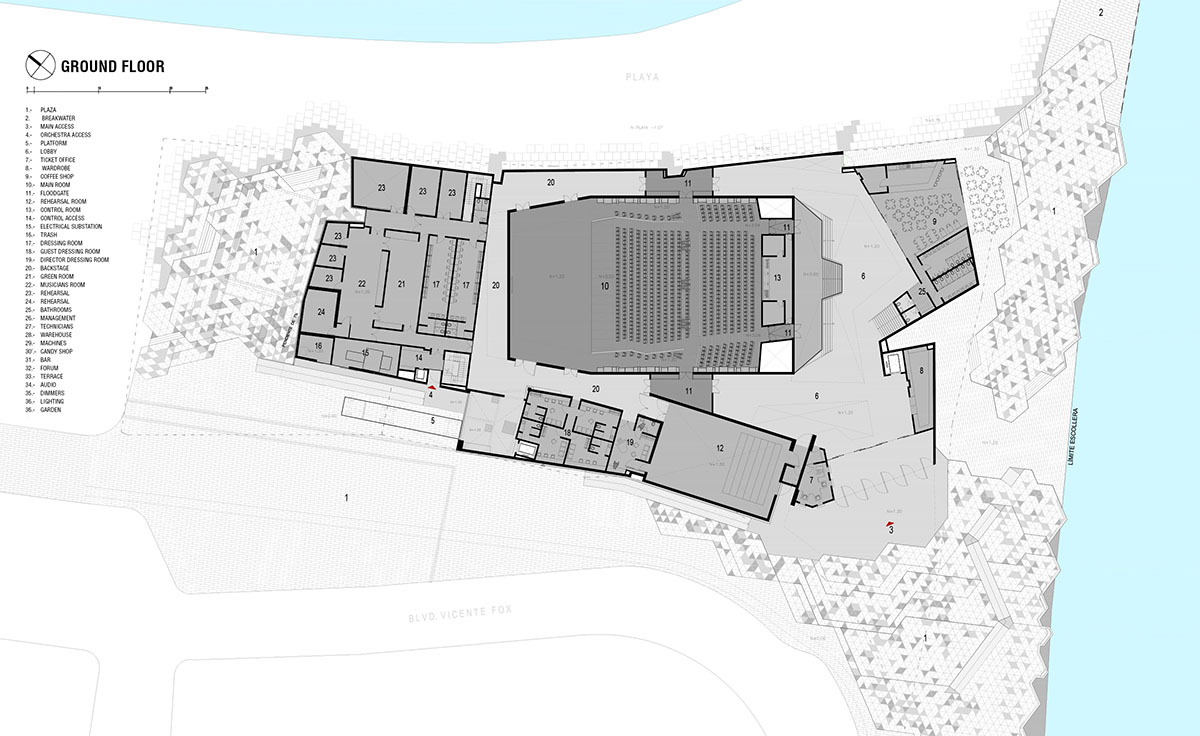 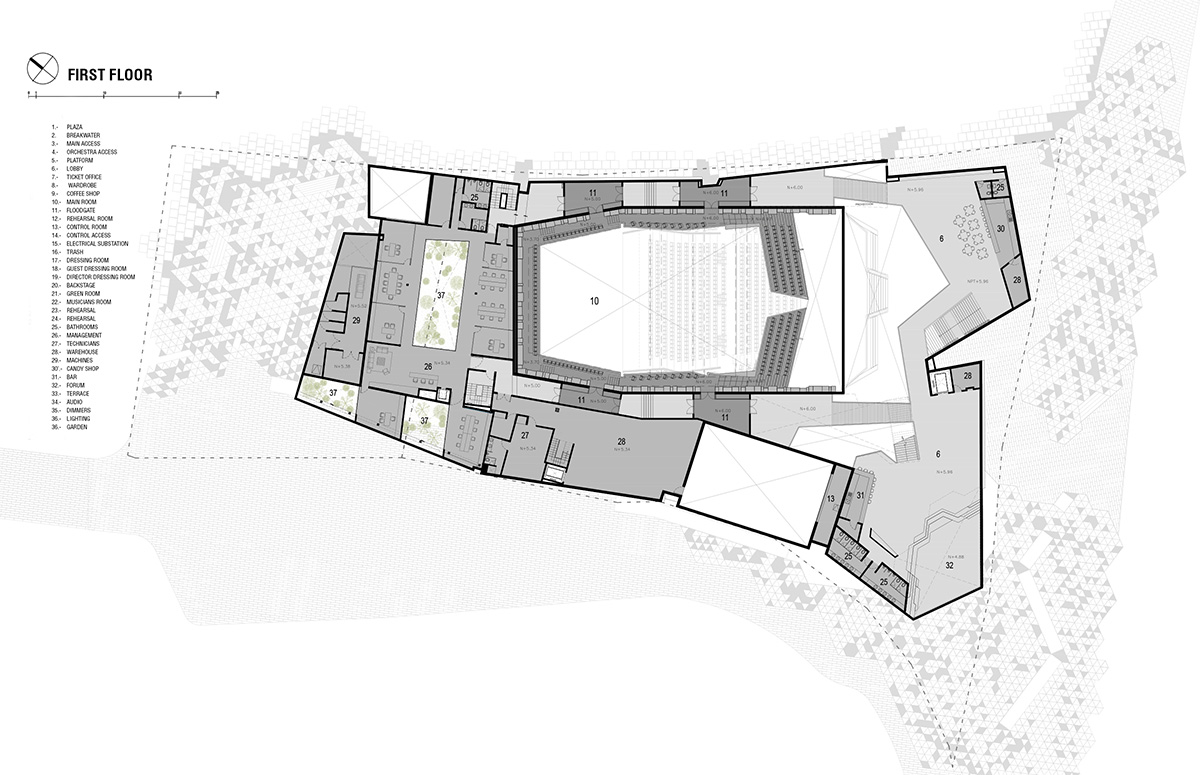 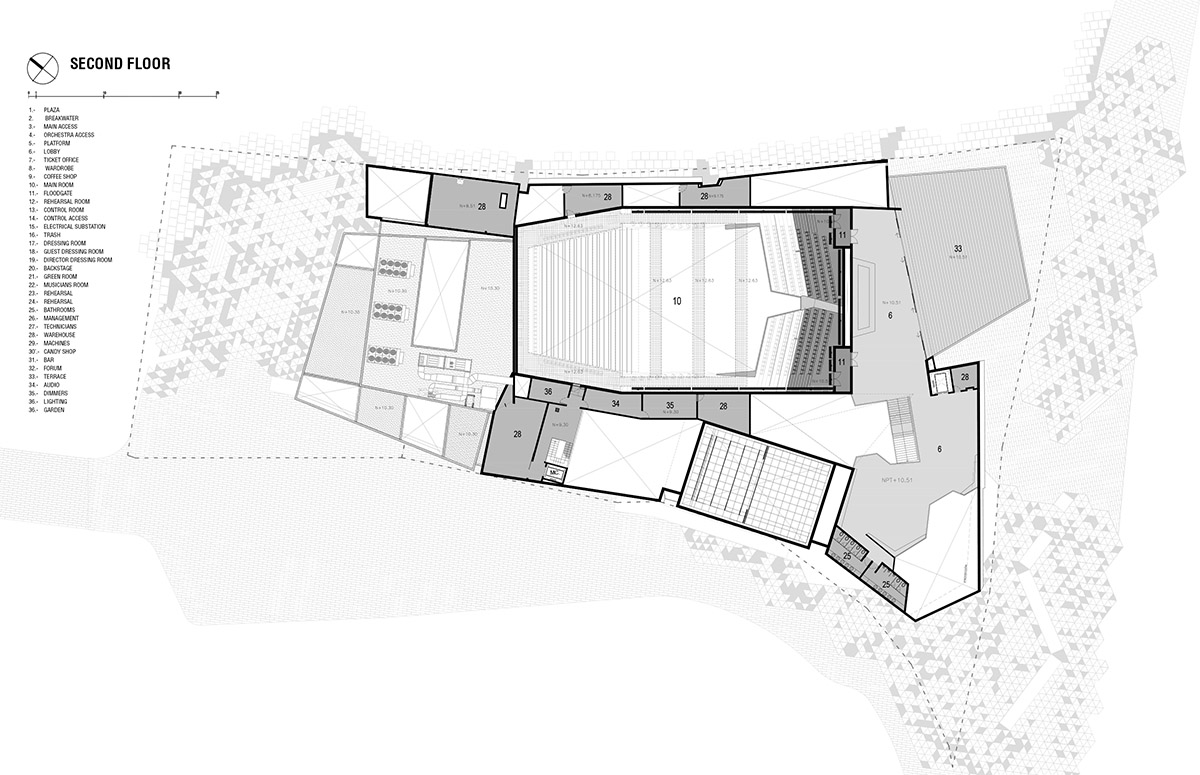 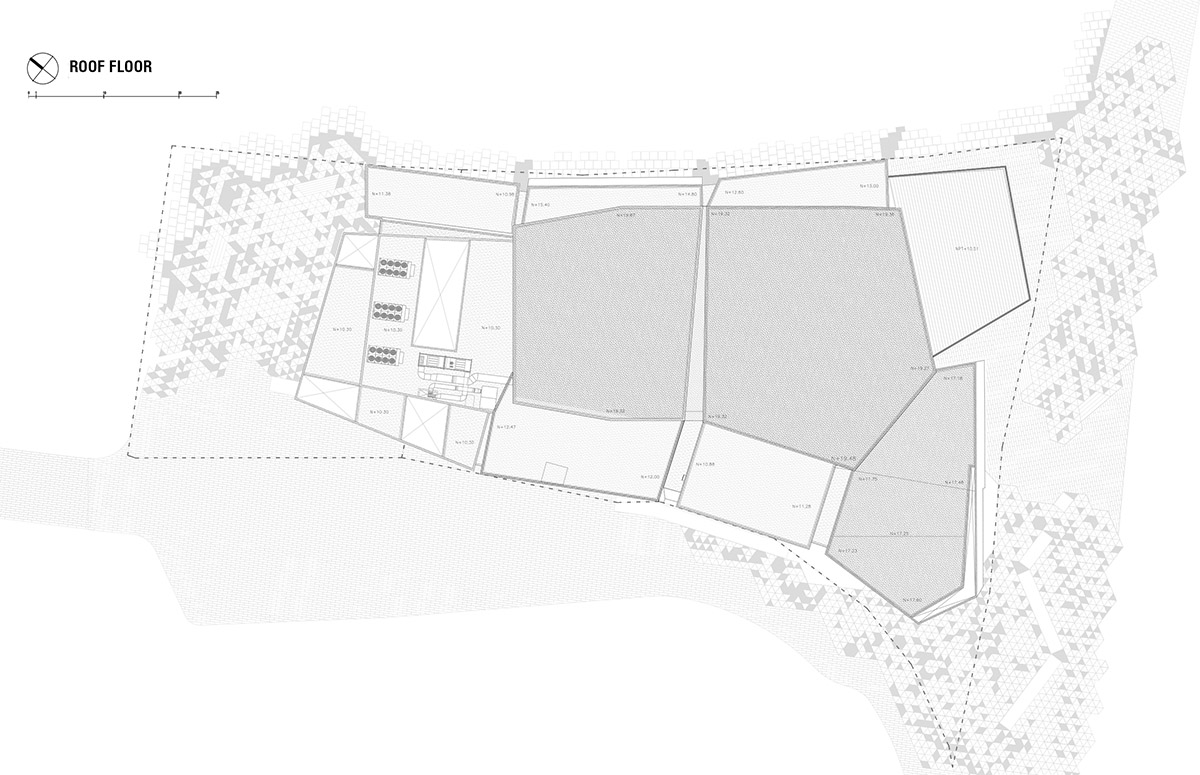 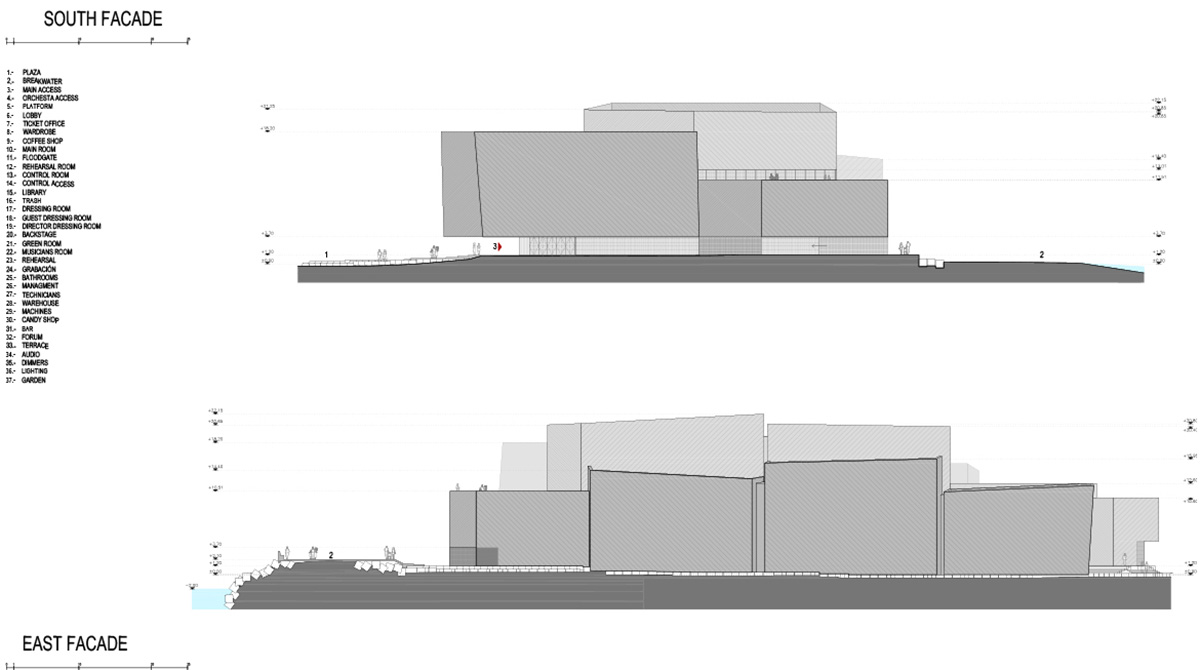 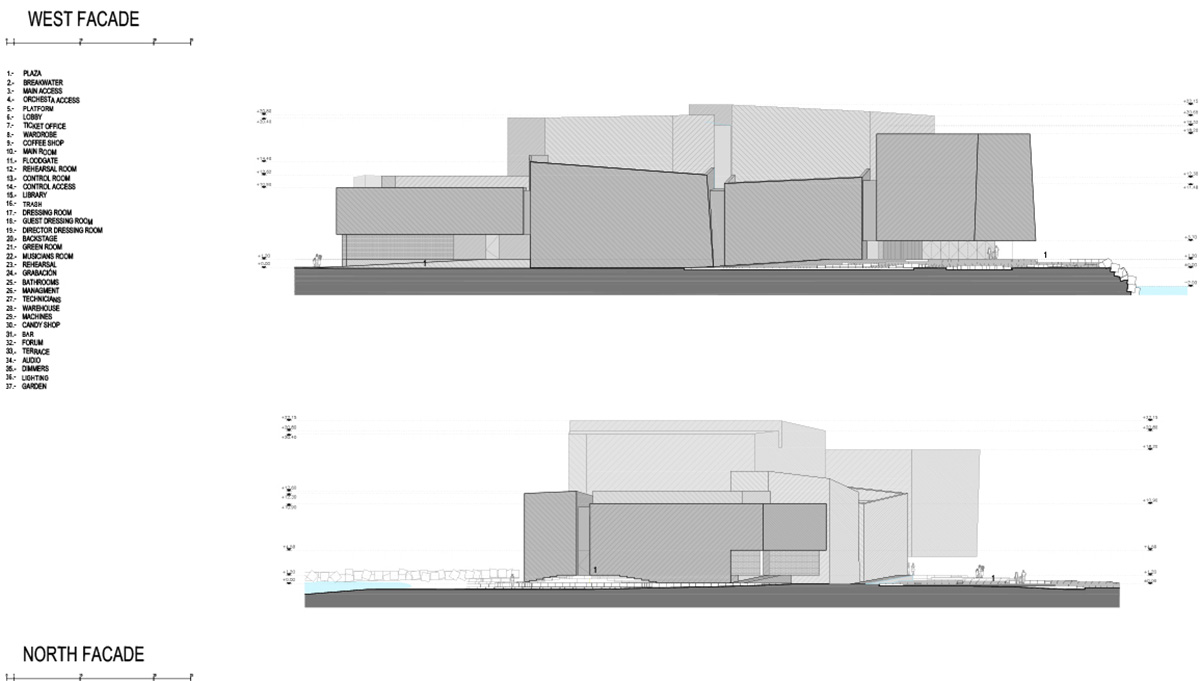 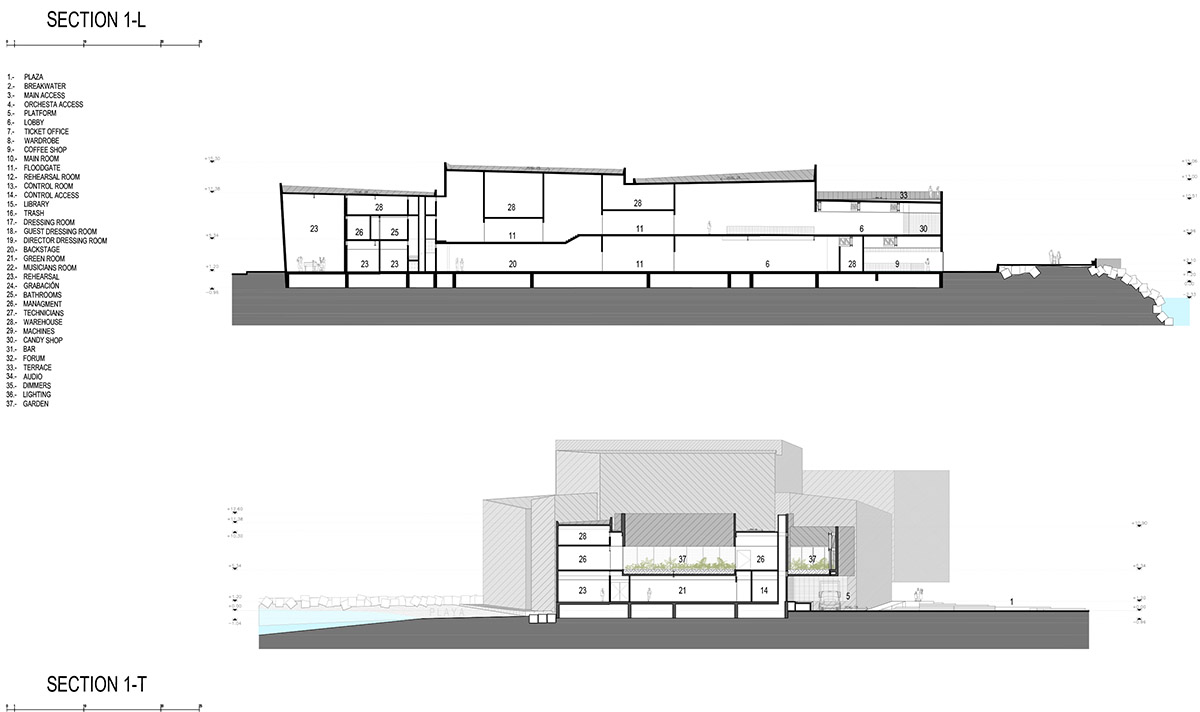 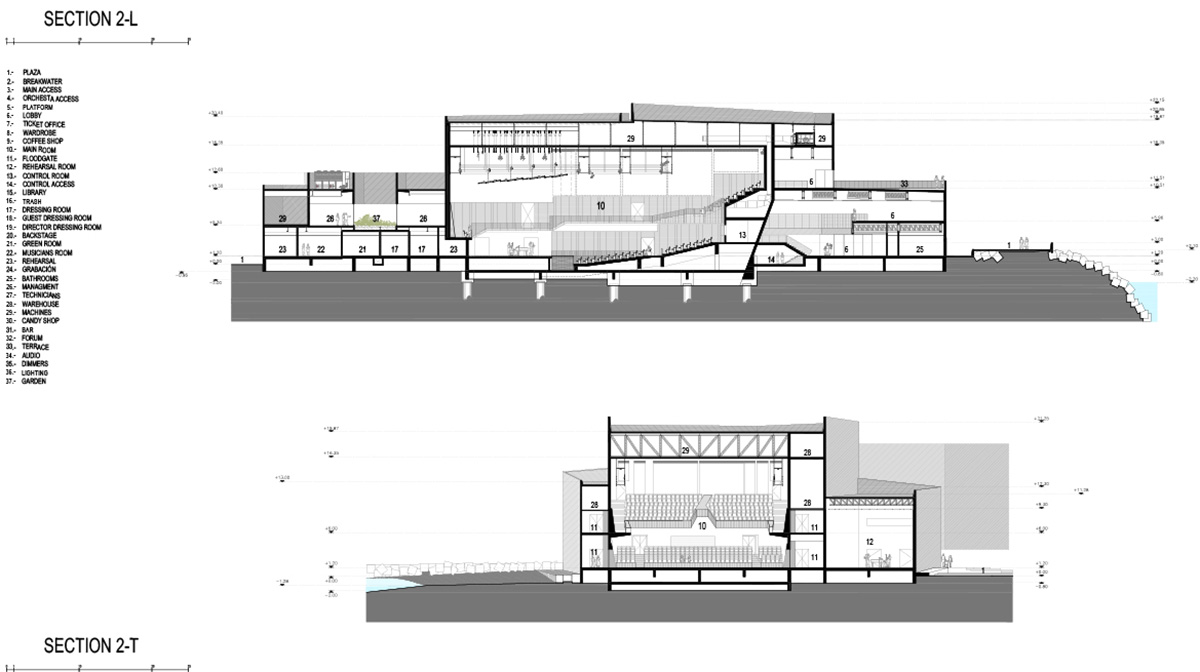 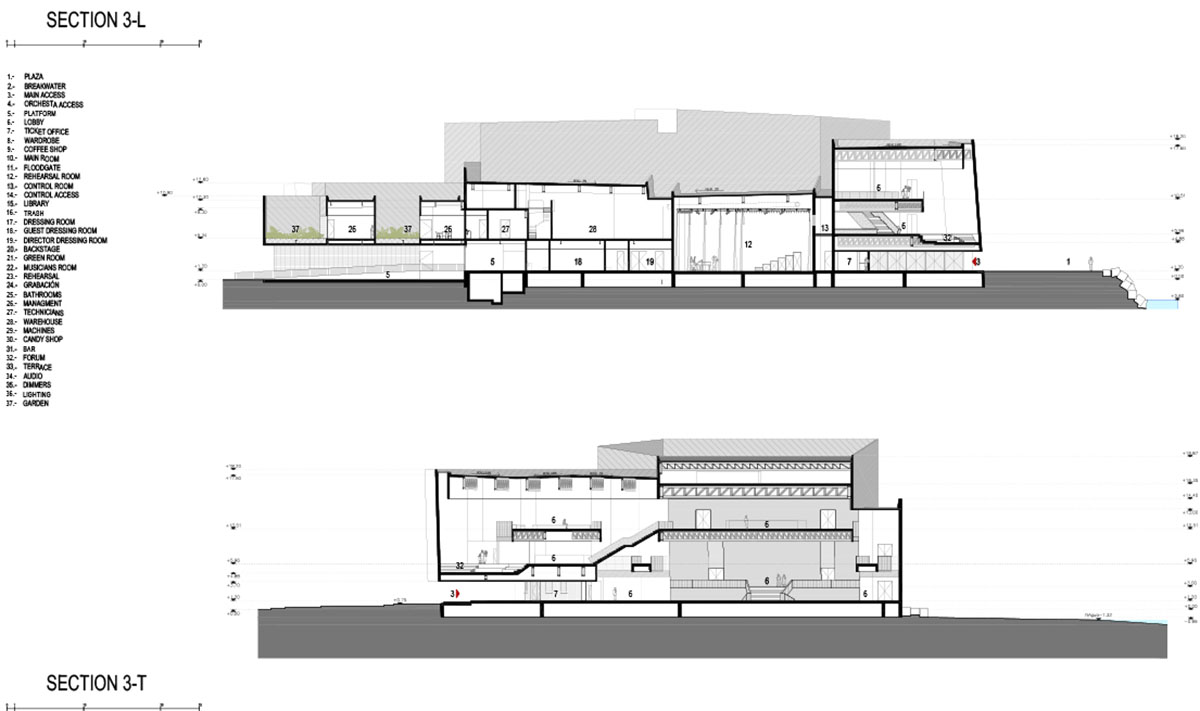