'I Do': Architectural Musings by Prof. Krishna Rao Jaisim 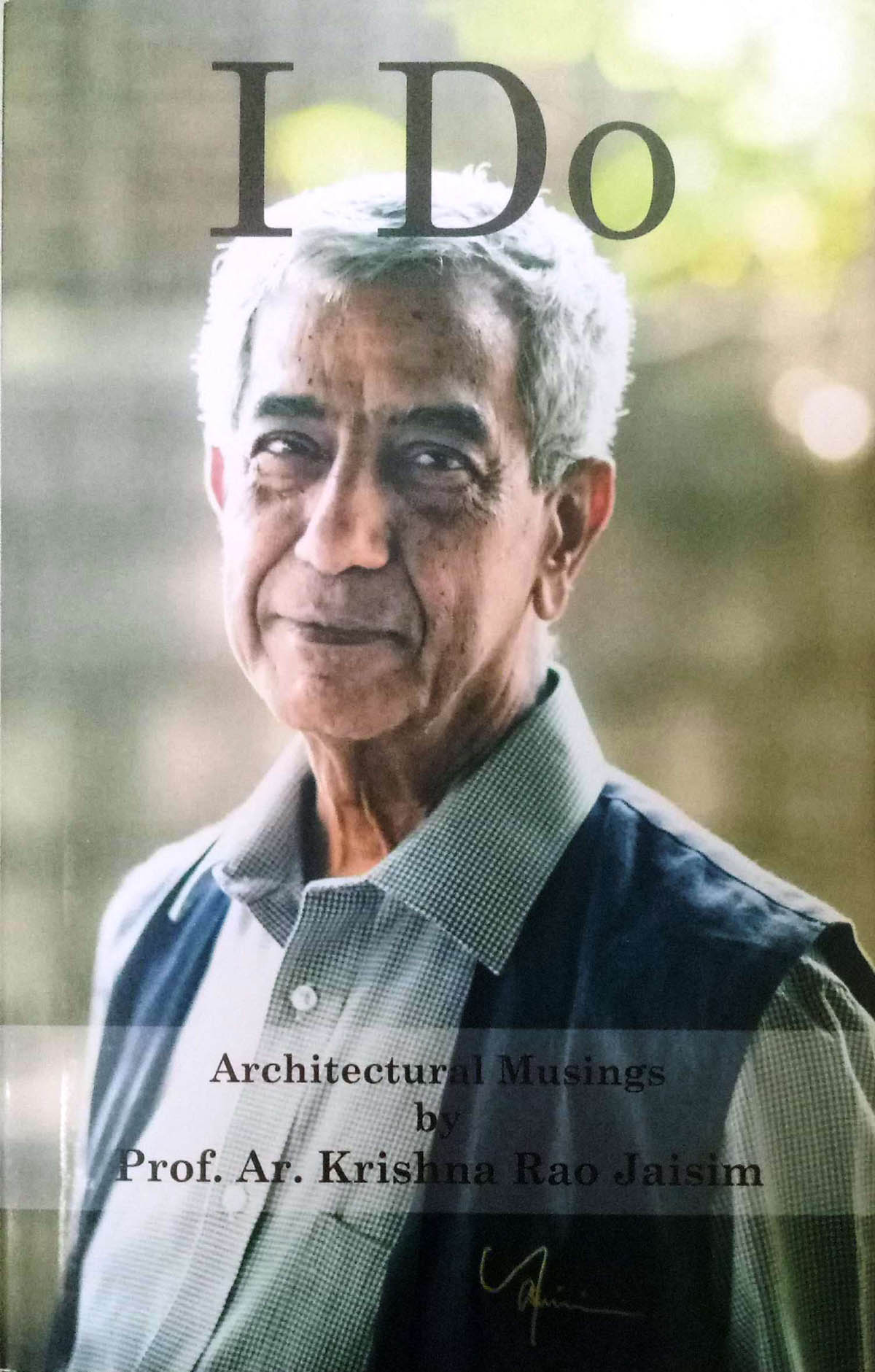 The new book, 'I Do': Architectural Musings authored by Krishna Rao Jaisim, Indian veteran architect and founder of Jaisim-Fountainhead is an affirmation of ideas, thoughts, beliefs and more that forms the basis of his design philosophies and his own way of life.

The book begins with an article called "A Thousand Apologies"- an address by the author to architecture students of Madurai with a focus that 'Tradition is Never Ecstatic'. 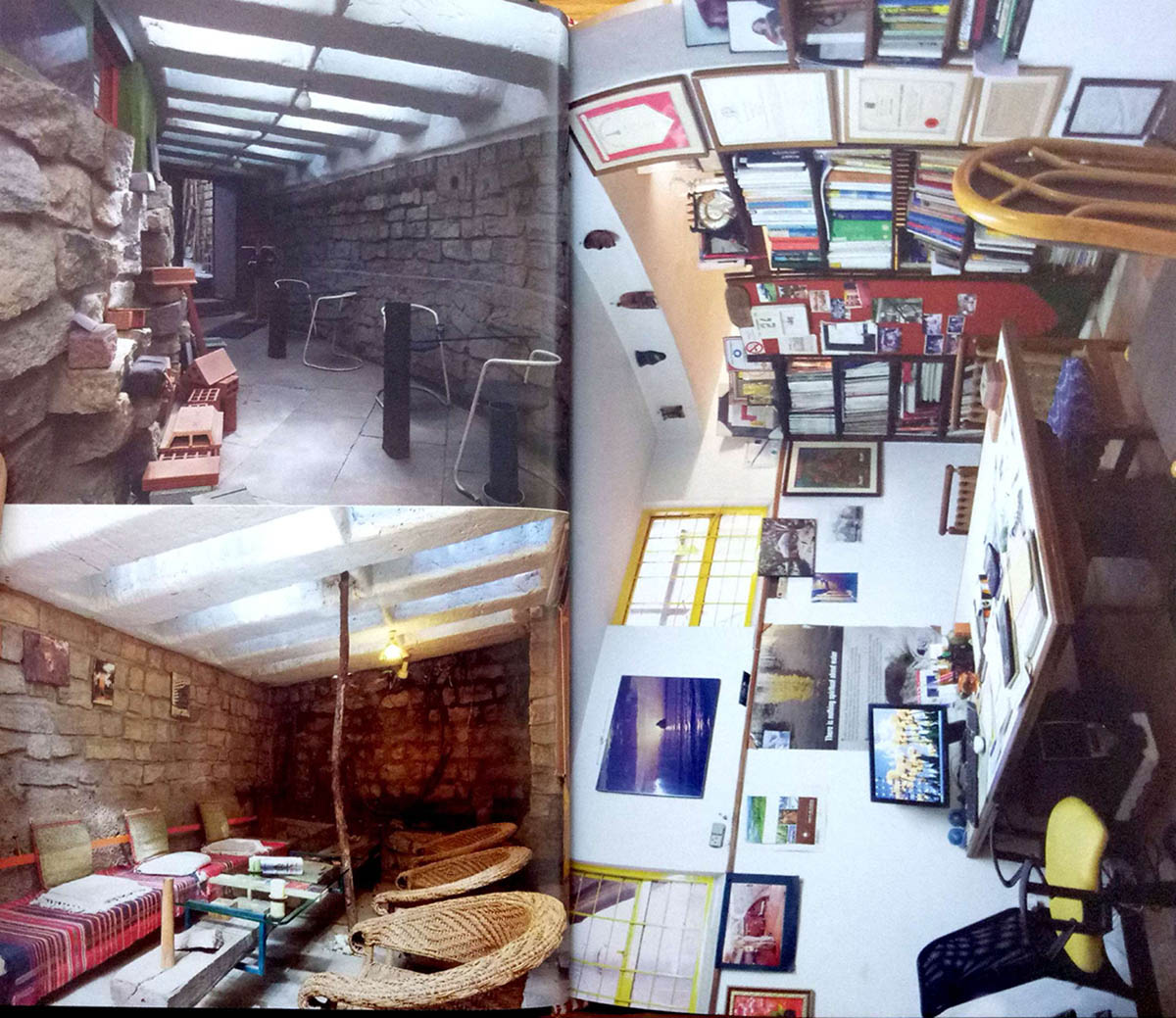 It is inclusive of a collection of articles, it is just the tip of the iceberg that makes up Jaisim's thoughts and extensive writings. There is nothing mild about his stance or expression of opinion on everything from politics to design elements. Never one to mince his words, Jaisim has a unique style all his own.

There are five sections namely Water, Earth, Air, Fire, and Ether in the collection each with a number of articles under its broad theme. The articles have been written over five decades of philosophical musing, design testing, experimental creations, and range in theme from the state of India and its cities to the inherent beauty of building elements, to academic ideals and qualities that make the architectural profession great (or not). 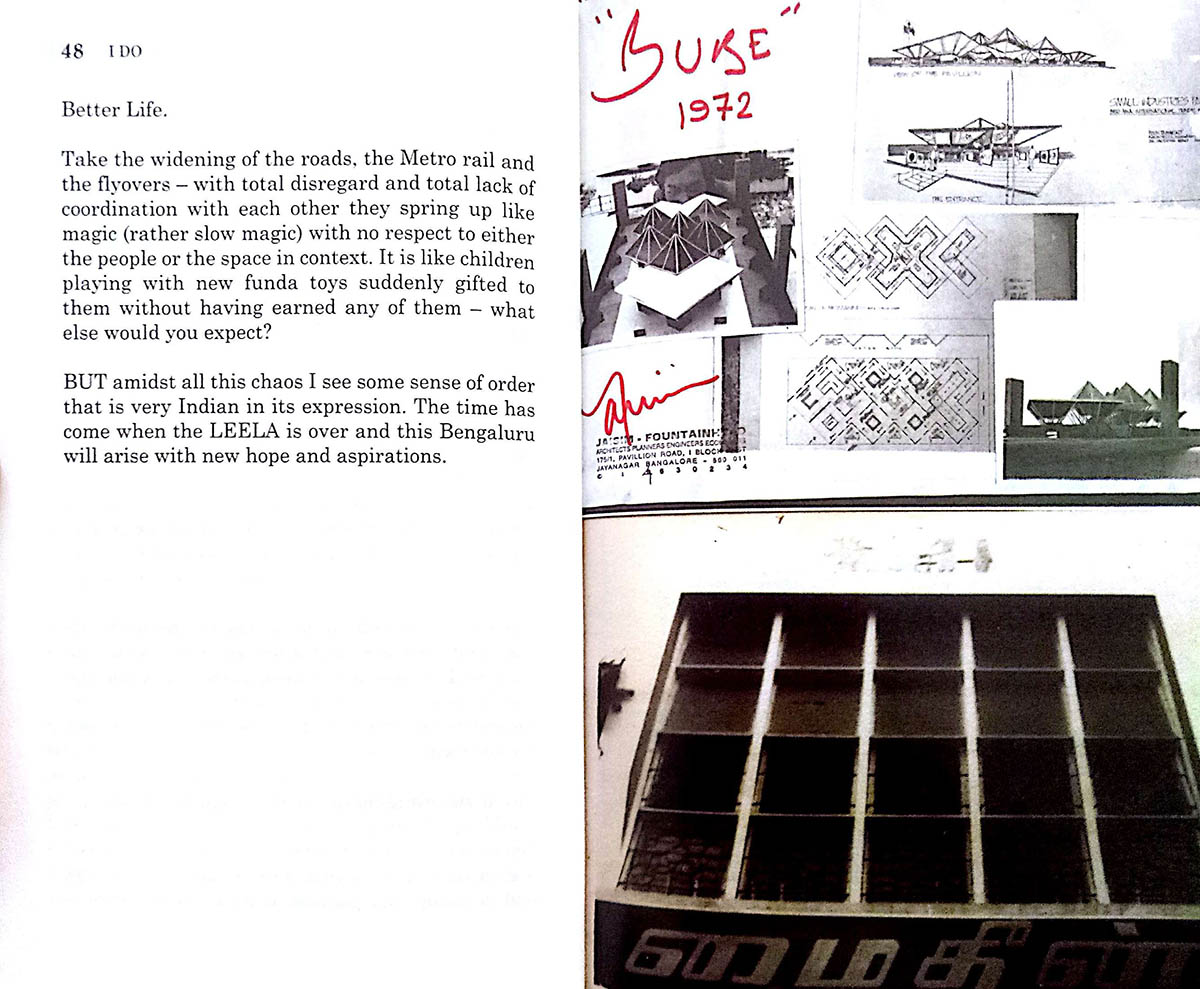 The articles are interspersed with photographs of Jaisim's work that represent his inimitable design statements; a pictographic representation of his philosophy. 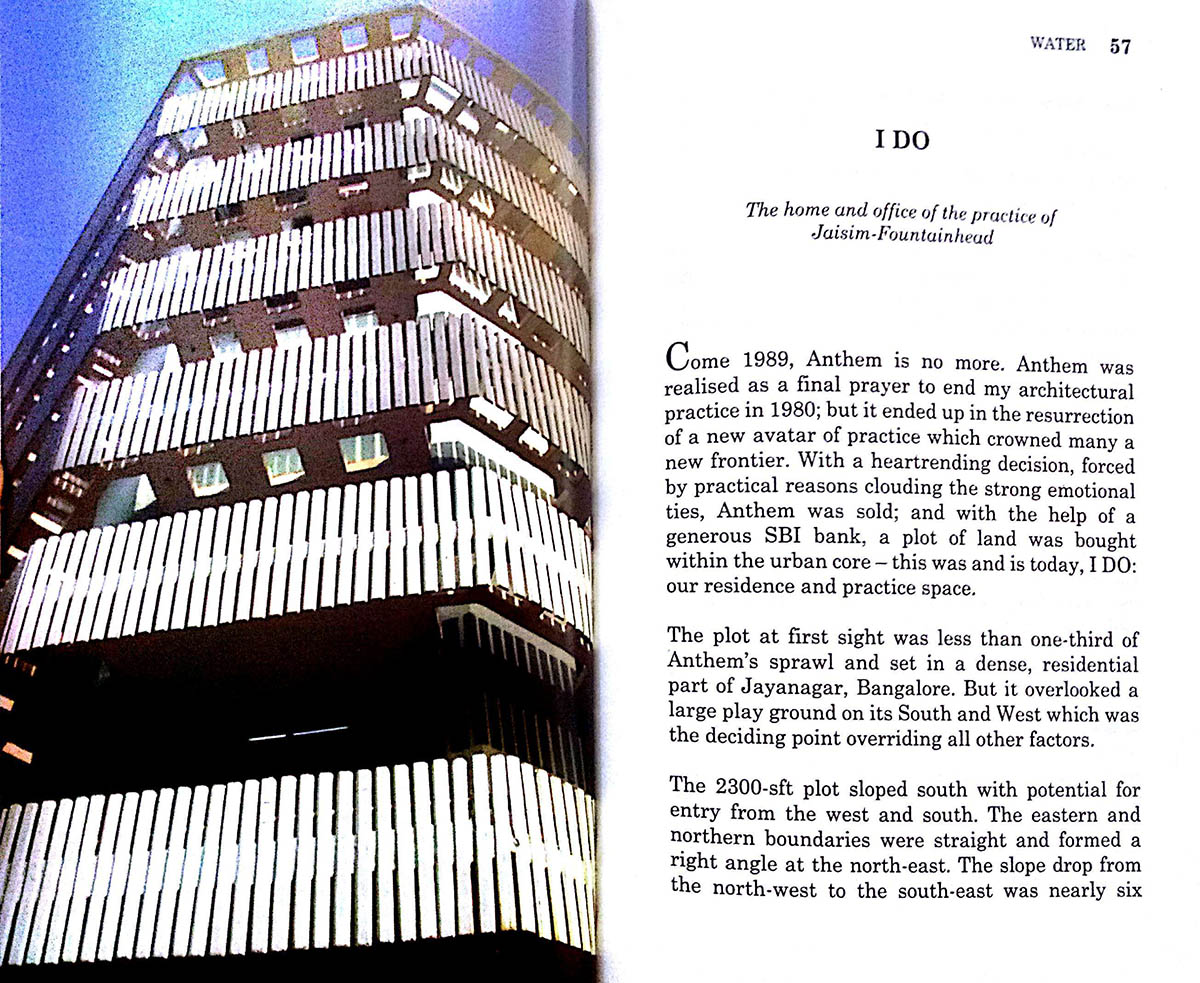 Jaisim's writing unapologetically pushes the reader to think. At times with a gentle questioning of age-old indoctrinations, at others with unabashed damnation. This is a persistent reasoning with the reader towards opening his/her consciousness to higher, more profound understanding-not just architecture and its elements, but of life itself and its several components.

The book winds up with an article called "The Essence of Space": a creative eloquence whereby author quotes a poem of Ayn Rand emphasizing that creator is the man who stands alone. 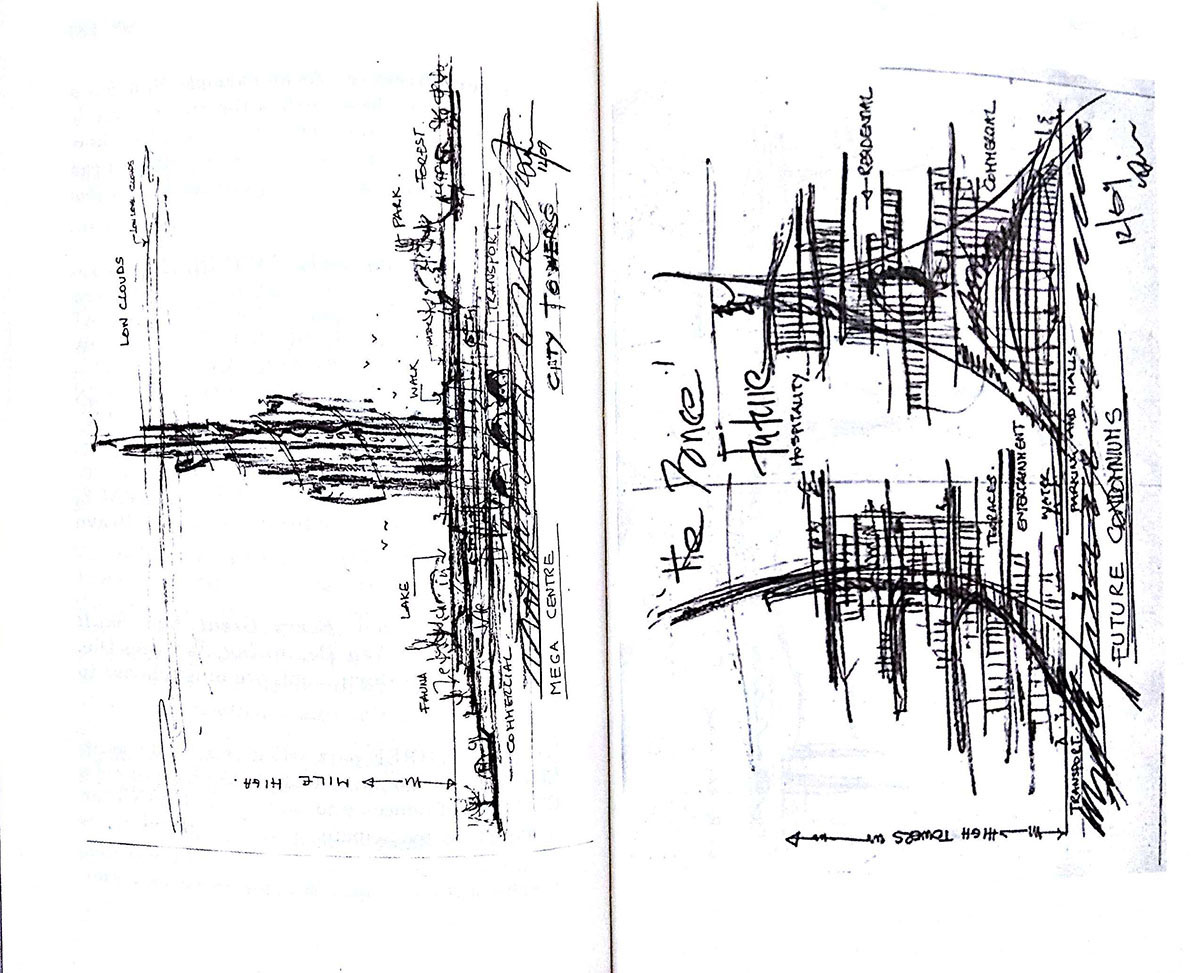 To see what is in front of you and yet see beyond it to its subtler, powerful elements; reconciling time, space and energy, is what I Do does. As a work of artistic expression, as a work of philosophical appreciation. 'I Do' is indeed a revelation.

> via ‘I Do’: Architectural Musings