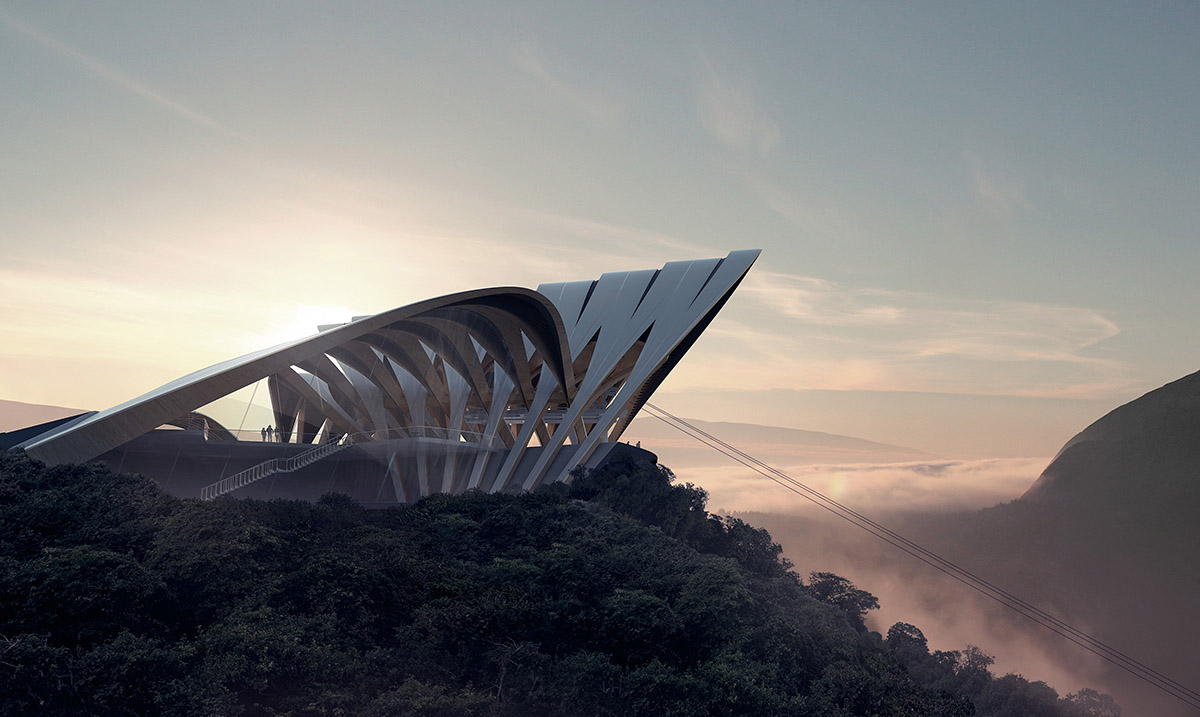 Zaha Hadid Architects' 50 unique projects, which have not yet been built up, are being exhibited at an exhibition within the scope of the Prague's Experimental Architecture Biennial. Titled "The Zaha Hadid Architects: Unbuilt", this mesmerizing 'unbuilt' project show is presented at the Jaroslav Fragner Gallery in Prague and will be on view until October 27, 2017.

Organized by Jaroslav Fragner Gallery and the Academy of Arts, Architecture and Design, the Experimental Architecture Biennial, celebrating its third year, will host a number of events, conferences, workshops, talks, a site-specific pavilion, meetup of academic workplaces and interesting film screenings throughout two months September and October. 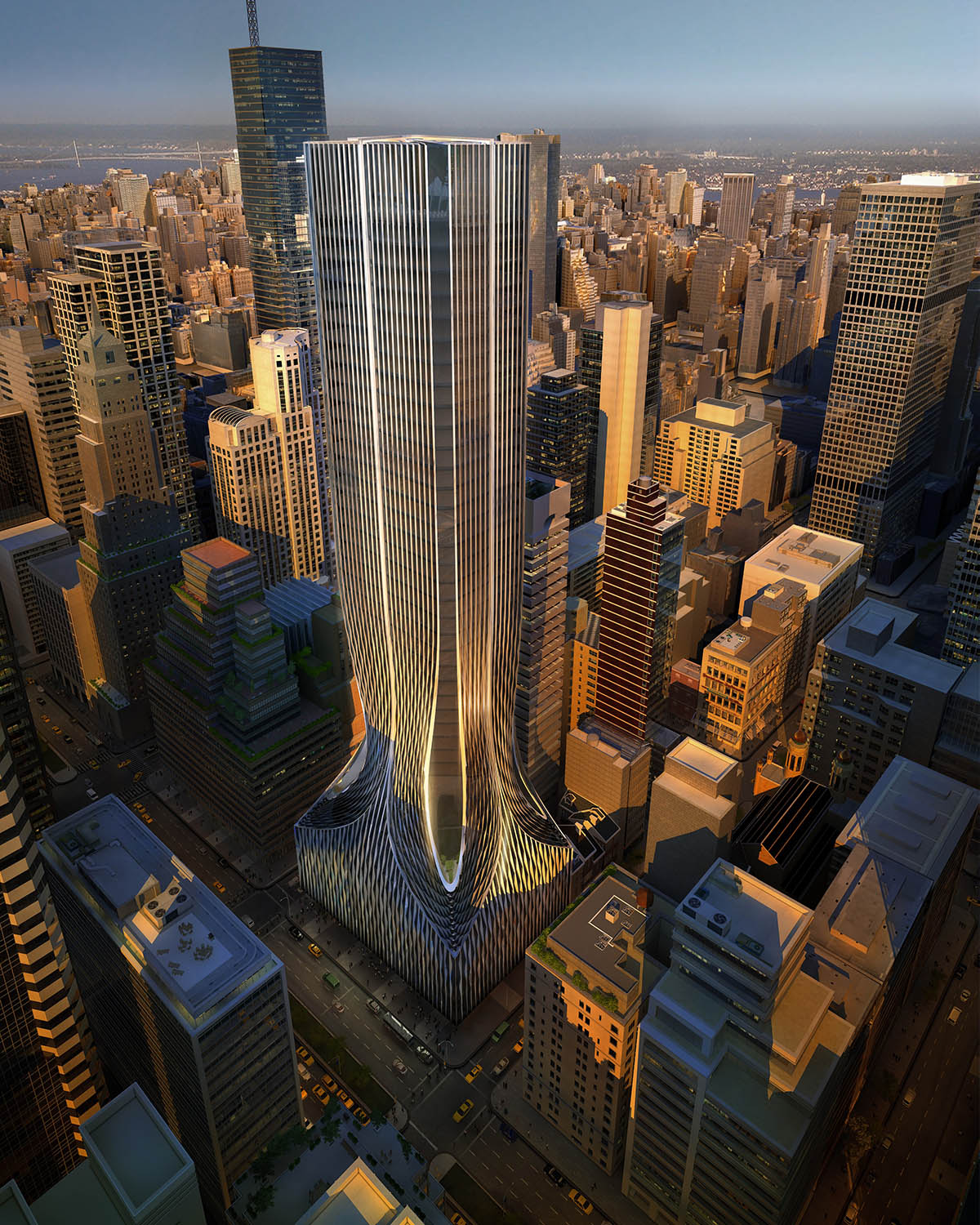 ZHA's 'Unbuilt' exhibition and its architectural concept were prepared for the Biennial directly by the studio. The exhibition presents a series of concepts in terms of typology (towers, mega atriums, stadiums, shells, masterplans, ribbons, bubbles, etc.) which the studio develops continually. The specific focus of the exhibition is not only to explore unbuilt designs, but also to illustrate the methodology and process used by the renowned London based studio. 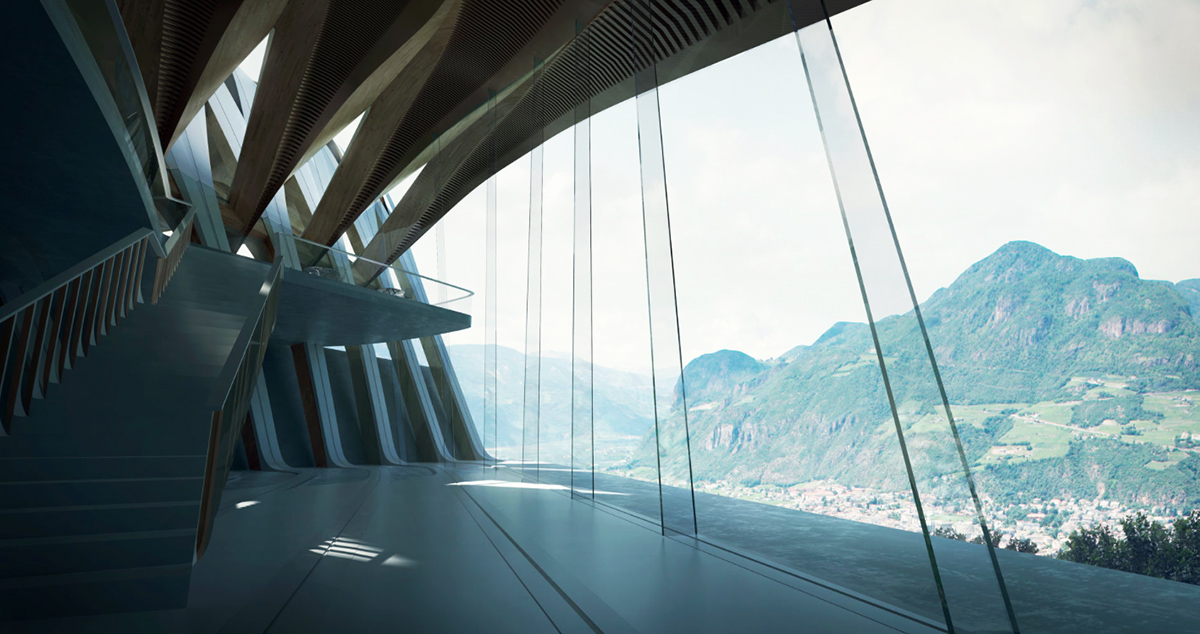 "ZHA: Unbuilt is a series of exhibitions featuring unrealised designs demonstrating ZHA's on-going design investigation; exploring  recent concepts derived from the innovation and research that are the foundations of the firm's architectural works currently in development," said ZHA.

"ZHA’s drive for innovation stems from experimentation with evolving design processes initiated by the studio four decades ago; a cross-pollination of ideas resulting from ZHA’s fundamentally collaborative approach throughout the practice together with engineers and specialist worldwide."

"Showcasing ZHA’s ambitious and expanding repertoire, the exhibition investigates the studio’s iterative design methods that are reinforced by systemic knowledge transfer and a willingness to test new ideas across multiple scales and typologies," added the studio. 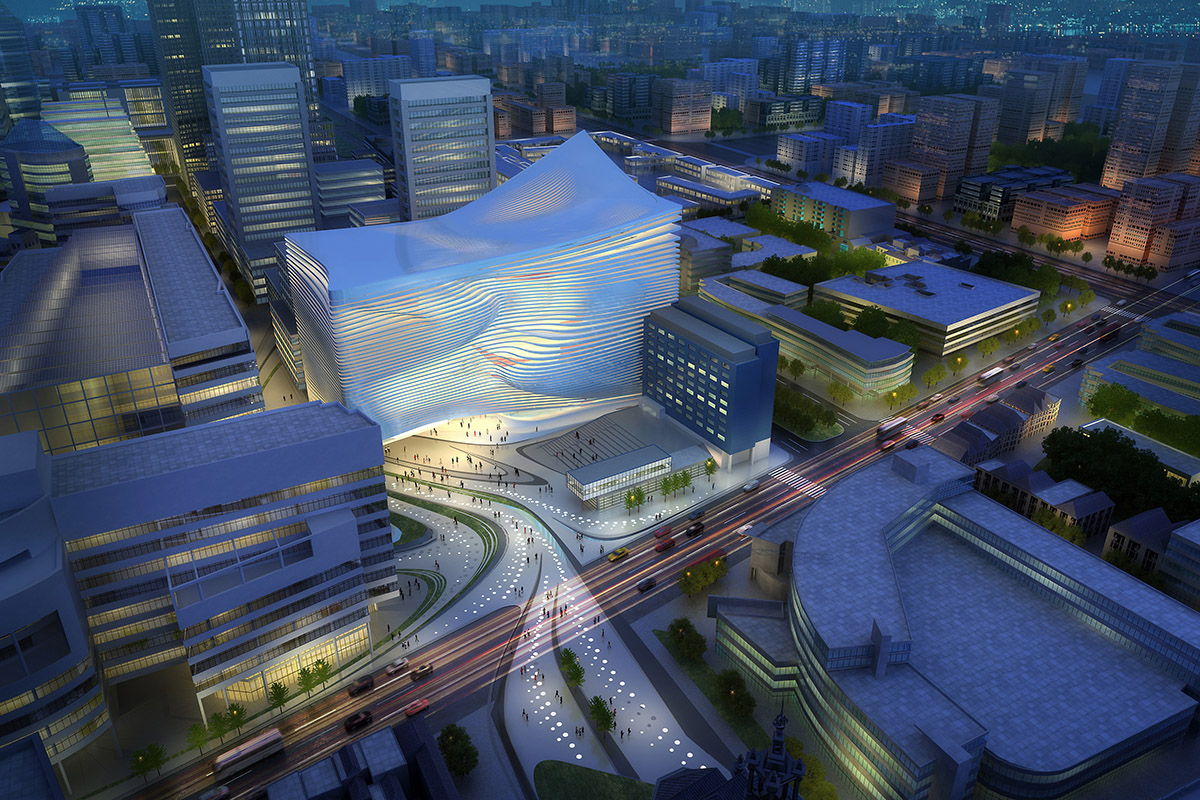 Dance & Music Centre in the Hague. Image courtesy of ZHA

Ambitious vision, innovative research and advanced computational design methods account for the success of the atelier which employs more than 400 experts around the world. In addition to visualisations, visitors can also familiarise themselves with the creations of Zaha Hadid Architects in the form of models, virtual reality and film. 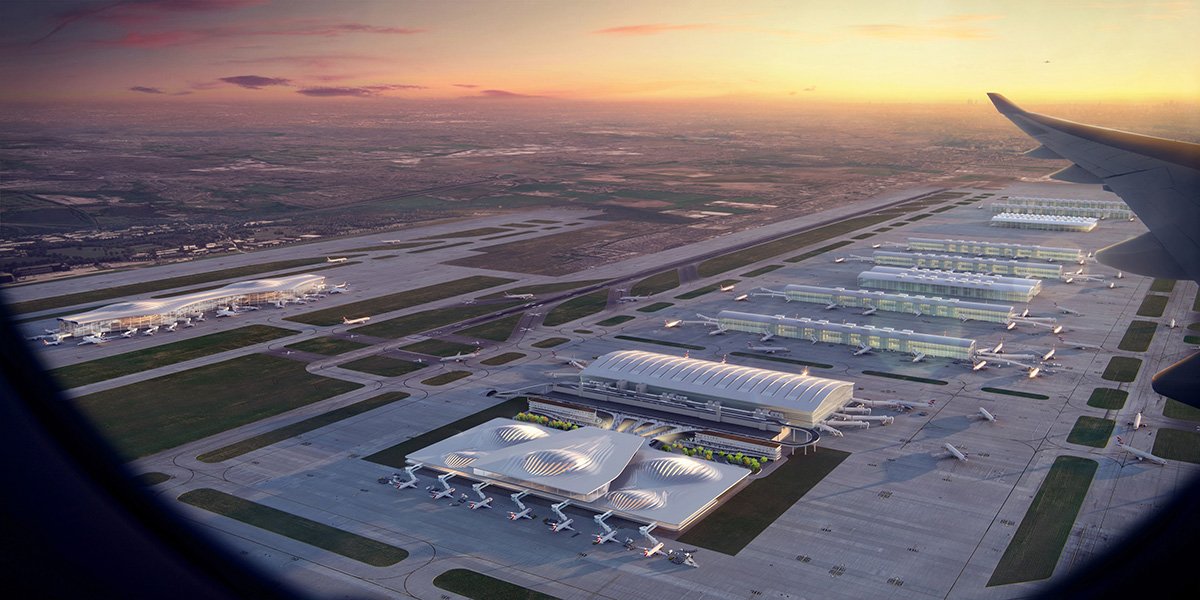 425 Park Avenue in New York, Bolzano Cable Car project in Italy, Dance & Music Centre in the Hague, Heathrow Airport expansion in London and the firm's competition project the Museum of the 20th Century at the Berlin's Kulturforum are among the projects presented in the exhibition.

Separately from the main exhibition premises, the Jaroslav Fragner Gallery will also feature the project of Masaryk Station Investment, which ZHA studio designed for Prague (administrative centre with shops and residential units, including the modernisation of Masaryk railway station). 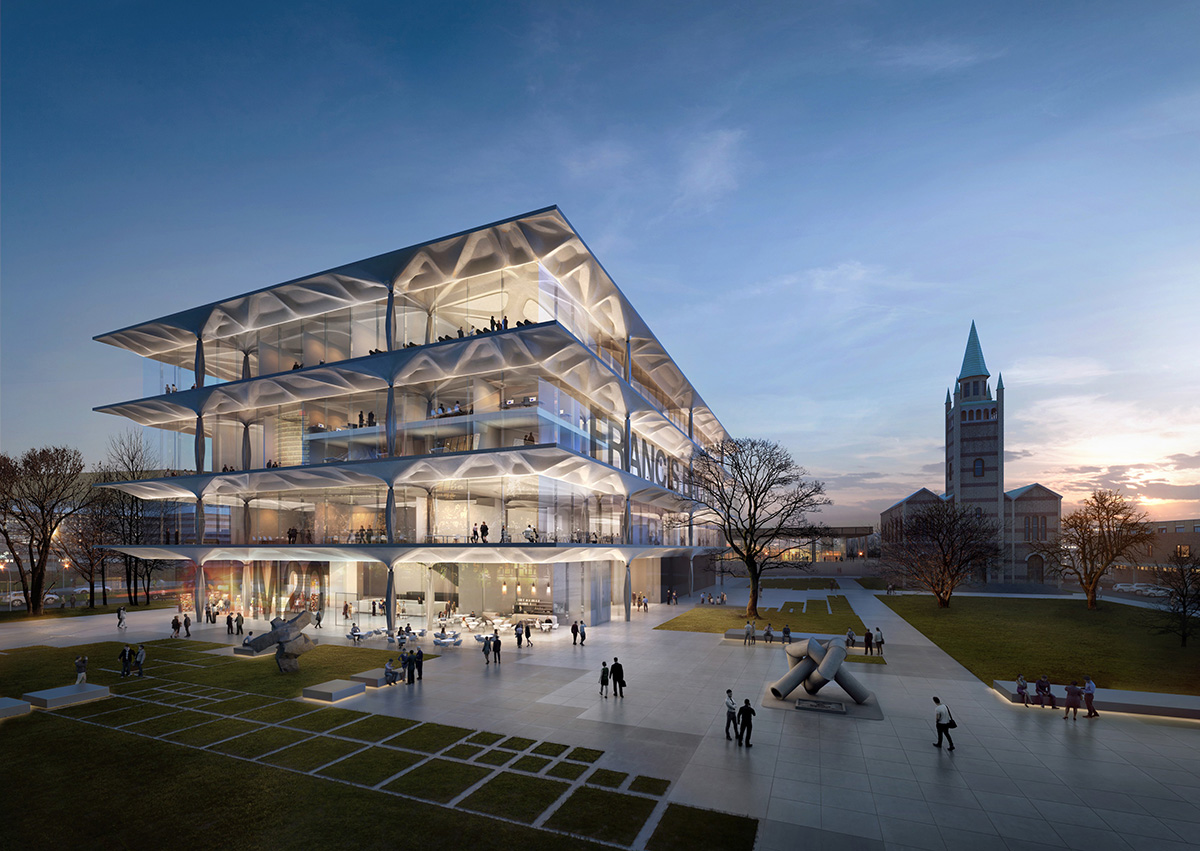 Museum of the 20th Century at the Berlin's Kulturforum. Image courtesy of ZHA

Patrik Schumacher, alongside Shajay Bhooshan and Jakub Klaska of Zaha Hadid Architects, Ben van Berkel of UNStudio and Wolf D. Prix of Coop Himmelb(l)au, will be speaking at the Biennial's closing symposium on October 26, 2017. Detailed program of the symposium can be seen from here.