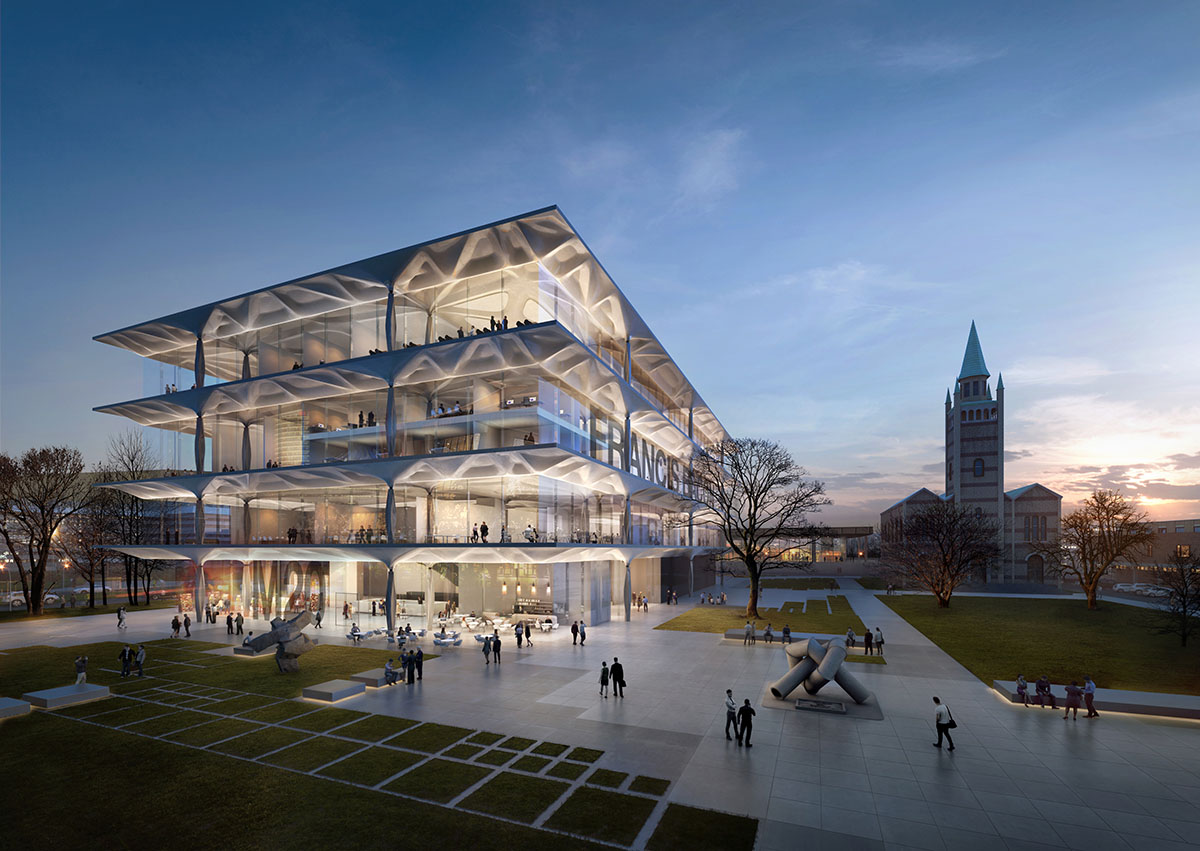 A competition for the Neue Nationalgalerie-Museum of the 20th Century at the Berlin Cultural Forum ended up in late October 2016 and Herzog&de Meuron won the competition to design the Museum of the 20th Century at the Berlin's Kulturforum. Zaha Hadid Architects was one of the participants of the competition and ZHA has unveiled its design proposal to the public, suggesting rib patterning in a coherent geometric structural detailing.

Zaha Hadid Architects’ proposal for the new Museum of 20th Century Art in Berlin addresses the importance of such a prestigious site by recognizing the distinct features of its existing surrounding context. The proposal achieves an architectural expression that creates a coherent dialogue with the adjacent Neue National Gallery, which in 1968 made a clear leap forward from the understanding of traditional museums by introducing radical new concepts and refined structural detailing. 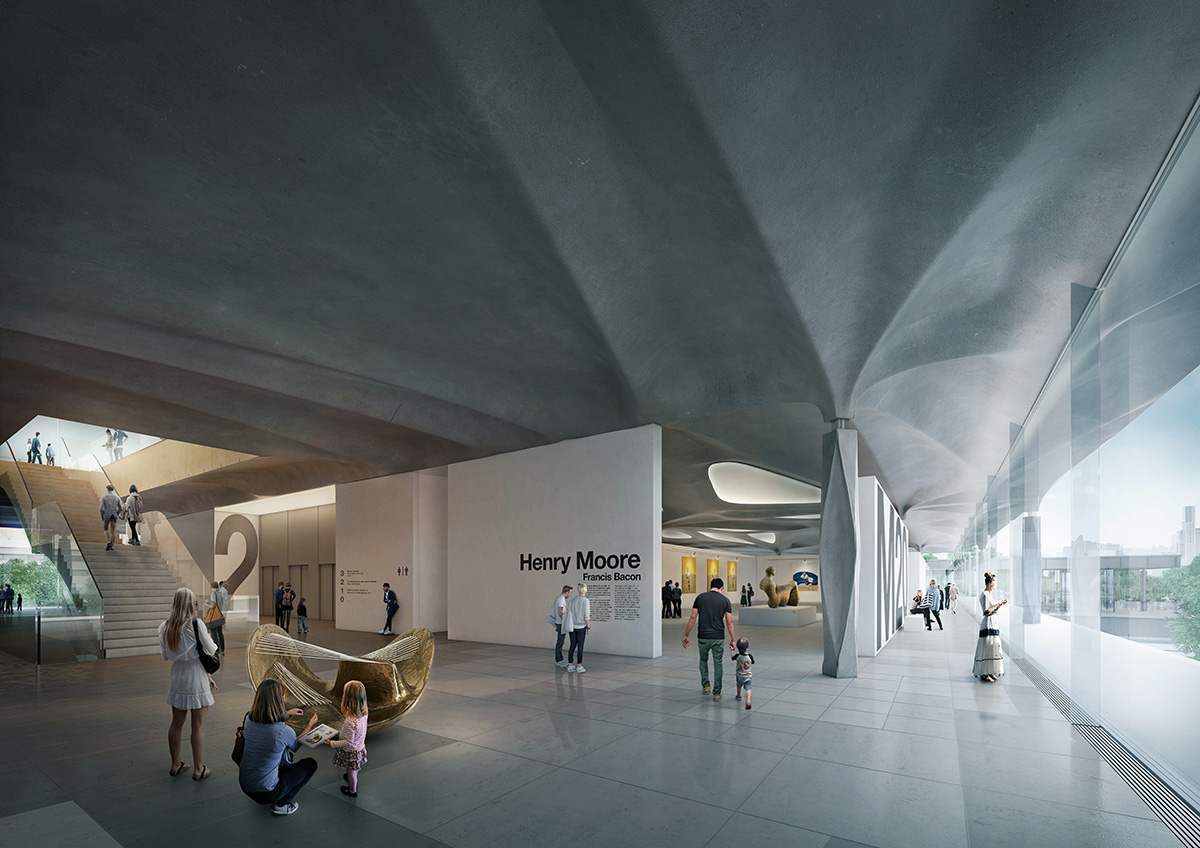 ZHA has re-invented a similar radical approach by applying new advances in technology which enable structural efficiencies with maximum optimization to generate structural and architectural expression within one cohesive building. The design synthesises a flexible, efficient and functional framework with a conceptual spatial organisation that incorporates an entirely glazed perimeter where break-out spaces and social zones appear as open and inviting spaces from the exterior.

The result is a unique, transparent space which serves as a catalyst for social interaction and the display and production of art which is both coherent and contemporary in outlook. The proposed elevations can be interpreted as an evolution of the Neue National Gallery’s lightweight appearance which, by maintaining similar exterior structural proportions with open corners, defines the proposal as a recognizable landmark that responds, respects and understands its presence on such a unique site. 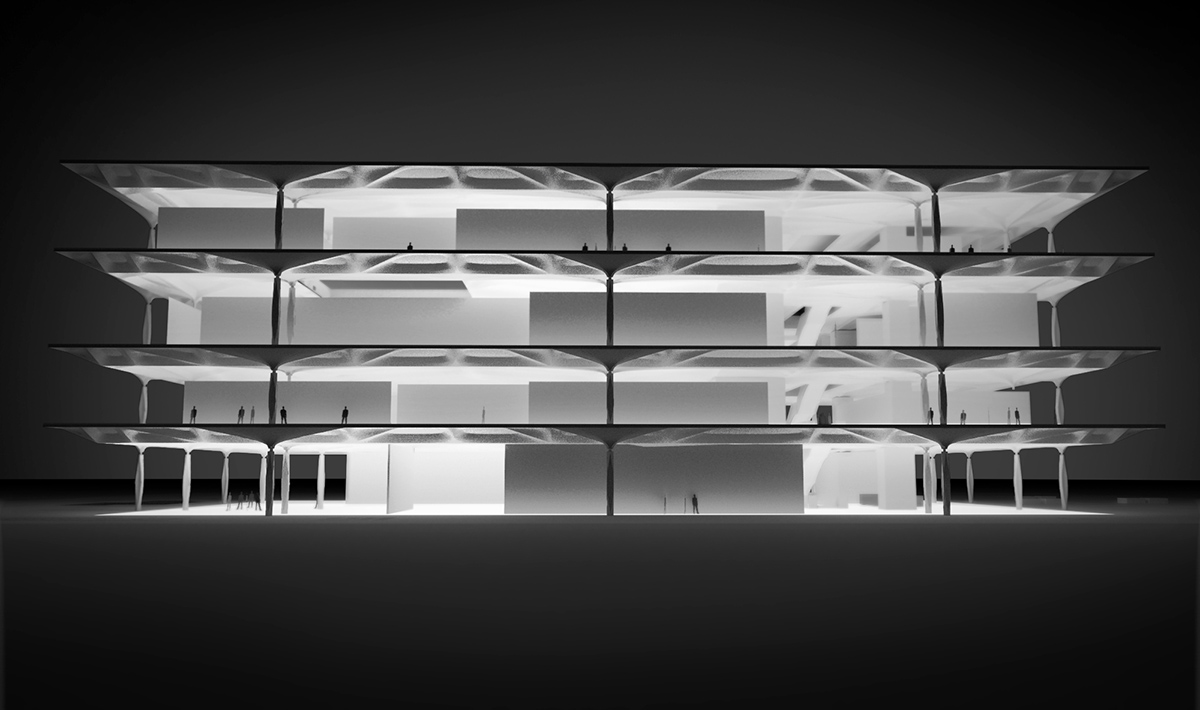 On the interior, a second row of perimeter columns demarcates the carefully organized gallery and exhibition zones that describe a clear but playful organization of rational exhibition spaces. The galleries articulate a logical composition of interior circulation and vistas into other galleries - with the possibility to break-out to distinct locations around the glazed perimeter to offer a unique experience for all visitors.

The proposal’s architectural principles are directly linked with the design’s structural arrangement and allow for full flexibility of the galleries’ arrangement that could be adaptable for future curation and display of art or changing programs and visitor conditions while maintaining a clear and unique exterior expression. 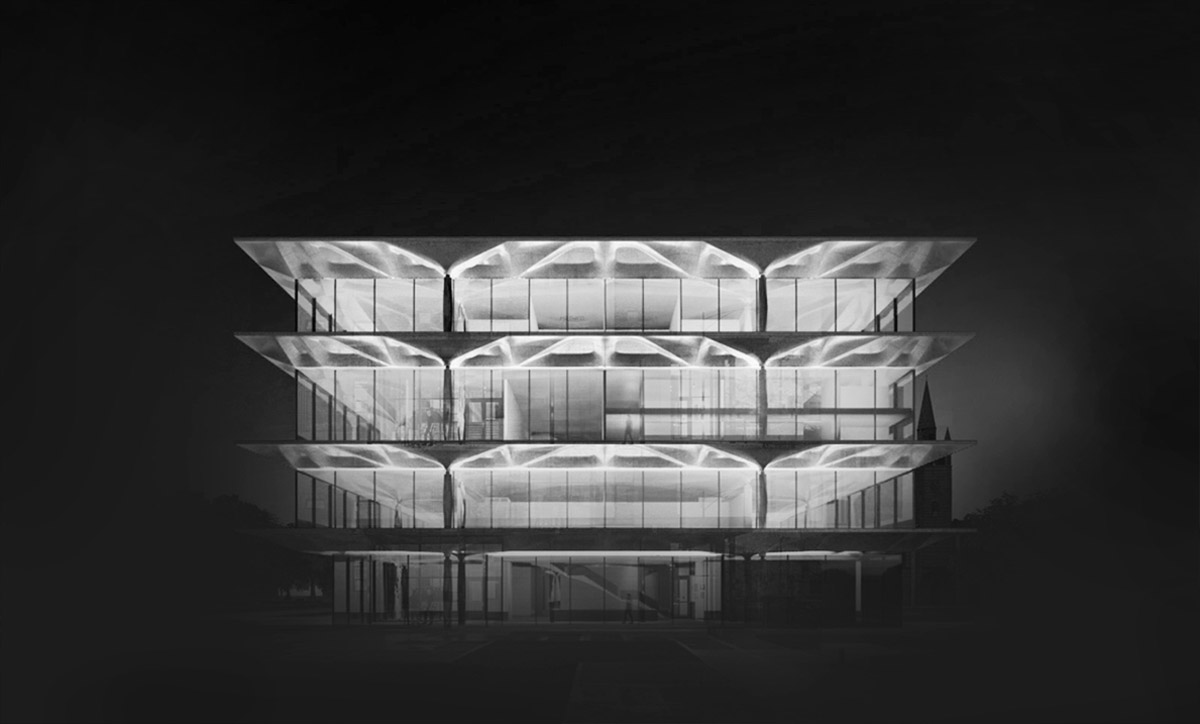 The simplicity of the building’s form is integrated with a sophisticated translation of its structural analysis and other parameters; resulting in a coherent geometric rib patterning defined by the museum’s varied structural loading conditions.

This geometric patterning optimizes material consumption by eliminating any material redundancies within prescribed performance targets, reducing the weight of the concrete structure through the generation of efficient rib patterns that follows the same structural logic of natural organisms; resulting in the lightest possible design solution. 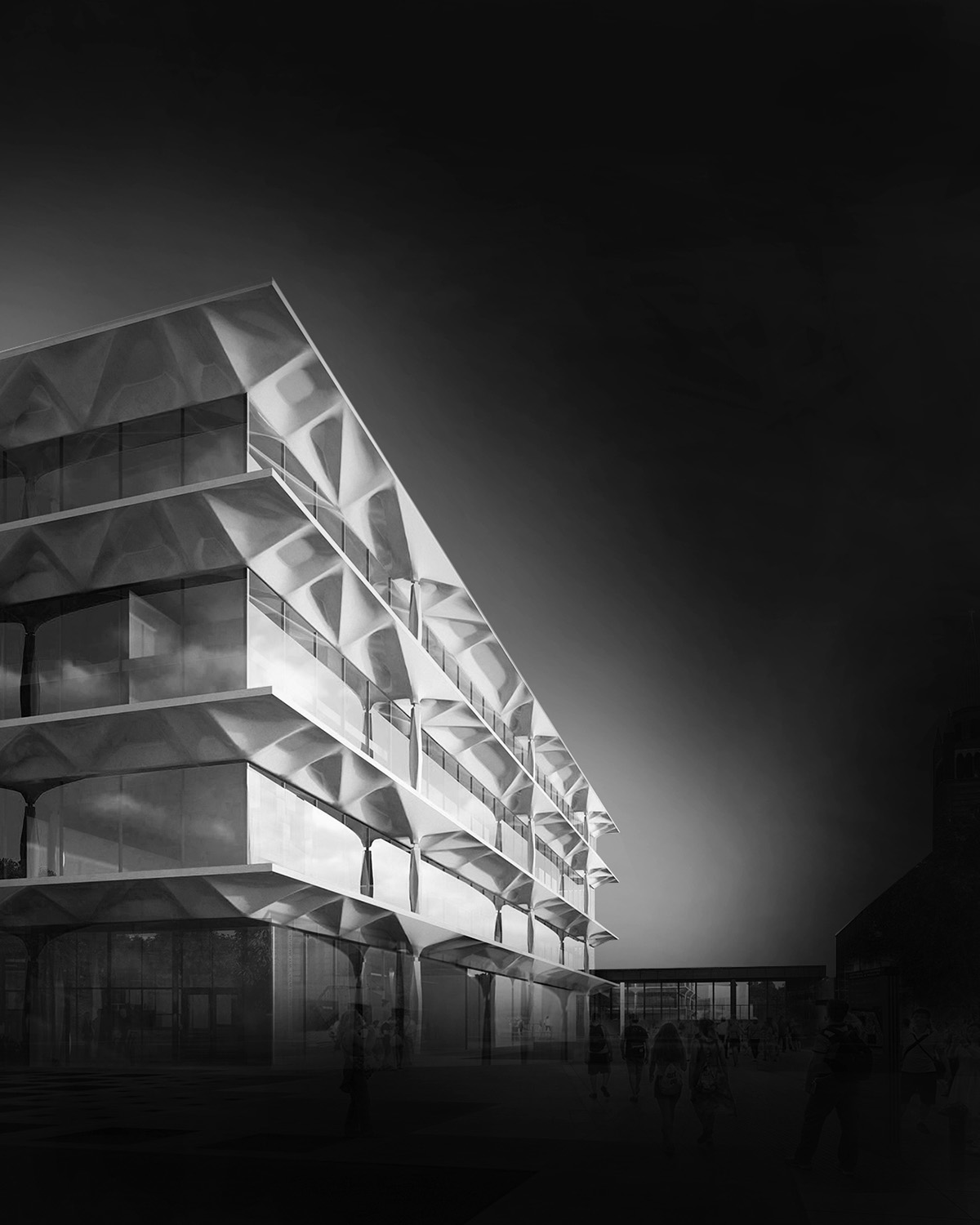 ZHA's proposal integrates this geometric expression of structural forces with advanced fabrication systems and technologies to create efficient and organic structural forms of layered floors and roof which balance lightness and movement within the overall built form.