The mission of Bureau of Energy Efficiency (BEE) under the Indian Ministry of Power is to develop policy and strategies for reducing energy consumption in India and promote energy-efficiency initiatives in the country.

Building sector in India is expanding rapidly. It has been estimated that more than 50% of the building stock that will exist in the year 2030 is yet to come up in the country―a situation that fundamentally different from developed countries. It means that this sector needs to be moderated in its energy consumption. BEE introduced the Energy Conservation Building Code (ECBC) to reduce the adverse impact of buildings on the environment. 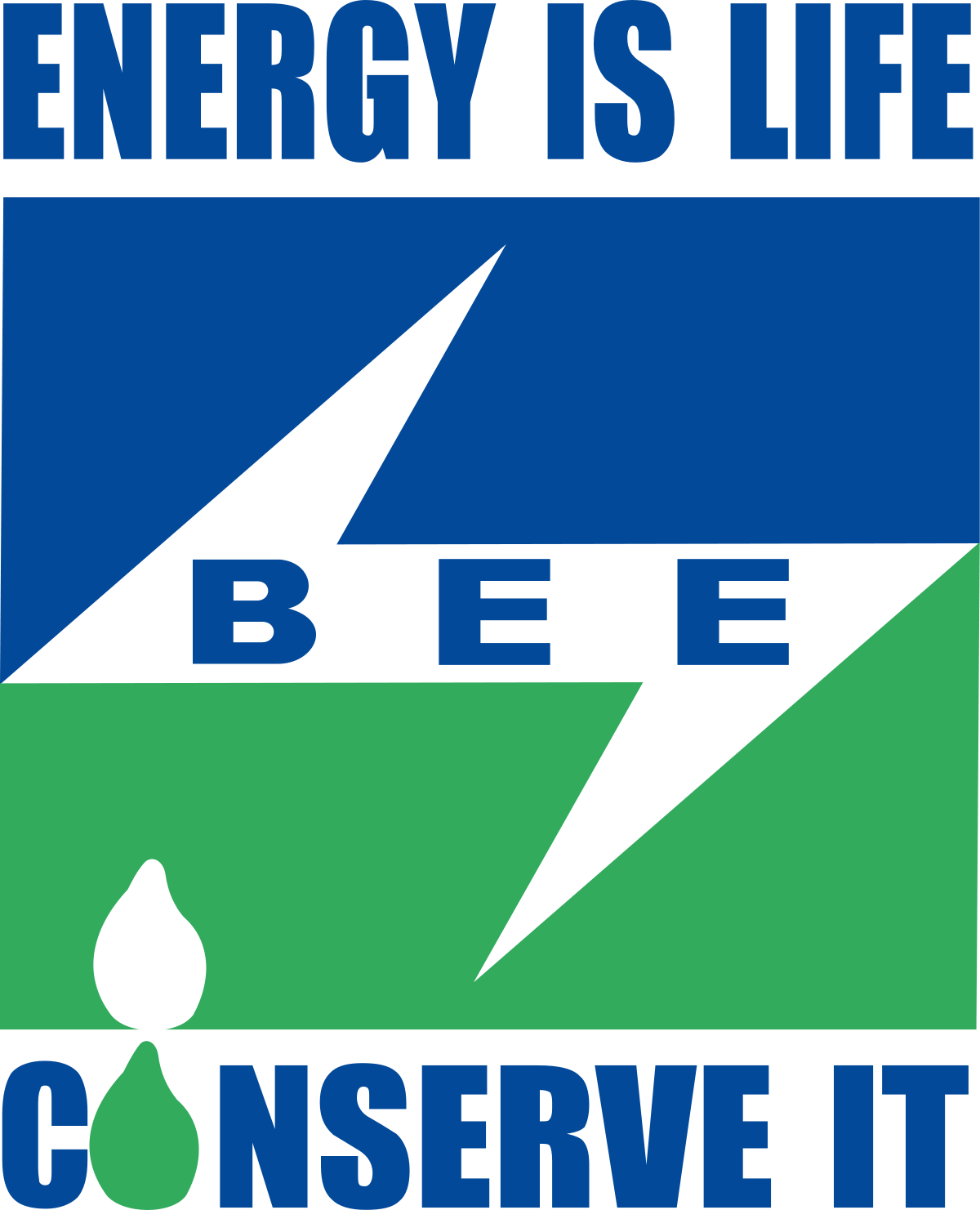 ECBC defines norms of Energy performance for various building components and takes into consideration, the climatic region. The application of these norms lowers the buildings energy requirement without affecting the function, comfort, health or productivity of the occupants.

Energy generation and consumption are considered as the key indicators for growth and development. There has been significant increase in production of electricity through development of hydro, thermal and renewable energy. Industries are the largest consumers of the electricity. Whereas, others sectors like domestic and agriculture have also witnessed exponential increase in electricity consumption from 1970, till date. As the demand for power is increasing, so is the installed capacity. However, there are apprehensions that gap between supply and demand will rise with increased activities in different sectors. These sectors have the large scope of reducing electricity consumption through enhancement in energy efficiency.

The states were asked to revise the code to suit their local and regional climatic conditions and requirements. Punjab Energy Development Agency (PEDA) had taken the initiative to amend ECBC. The work was assigned to a team led by architect Surinder Bahga of Indian Institute of Architects and a technical committee was constituted of the following departments of state government:

Estimates based on research indicate that in buildings where this code is implemented can save upto 40% of energy than what is used in conventional buildings.

After having detailed deliberations in various meetings, final draft was put up to Punjab Government for approval. In June, 2016 this code has been finally notified and a book has been published. 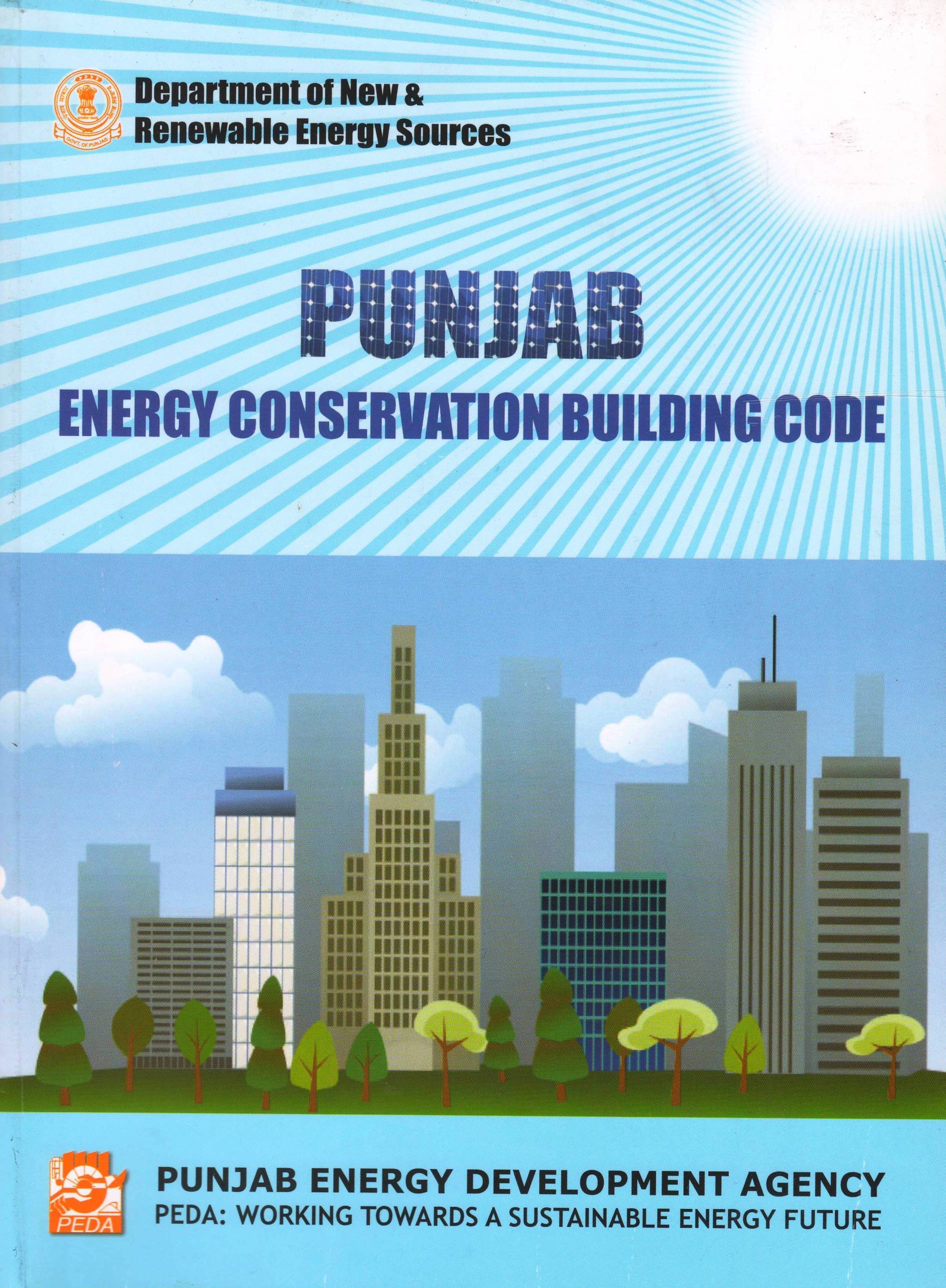 For further implementation of the code or to sensitize the stakeholders to adopt energy efficiency measures in buildings. An initiative has taken to organise 37 Awareness Program and Capacity Building Workshops. These workshops are supported by United Nations Development Programme, Bureau of Energy Efficiency (BEE), Punjab Energy Development Agency (PEDA) and Global Environment Fund. These workshops are to be taken place in 11 major cities throughout the state to educate 134 Urban Local Bodies (ULB), architects, engineers, builders and other stakeholders and facilitate interactions with the experts. 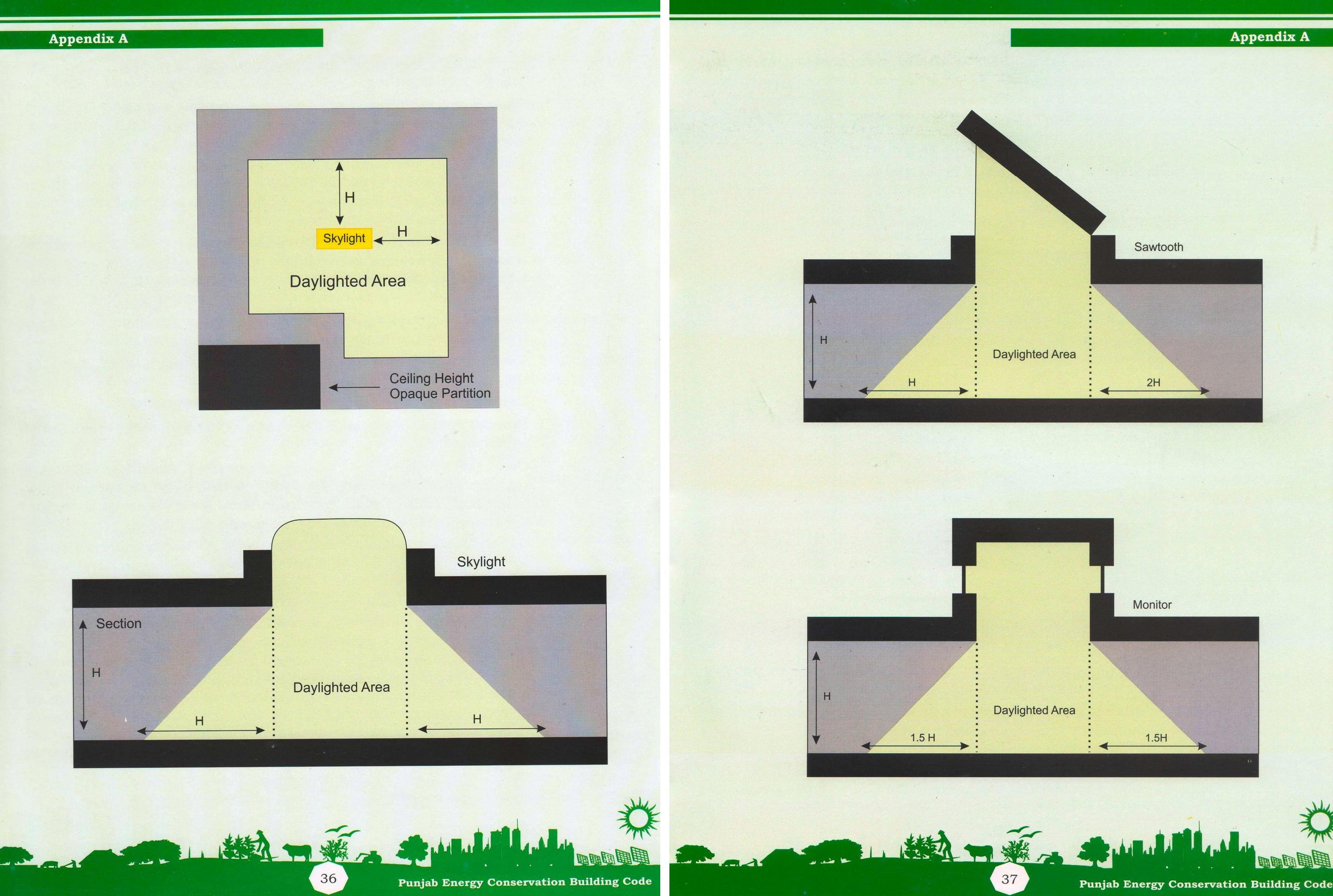 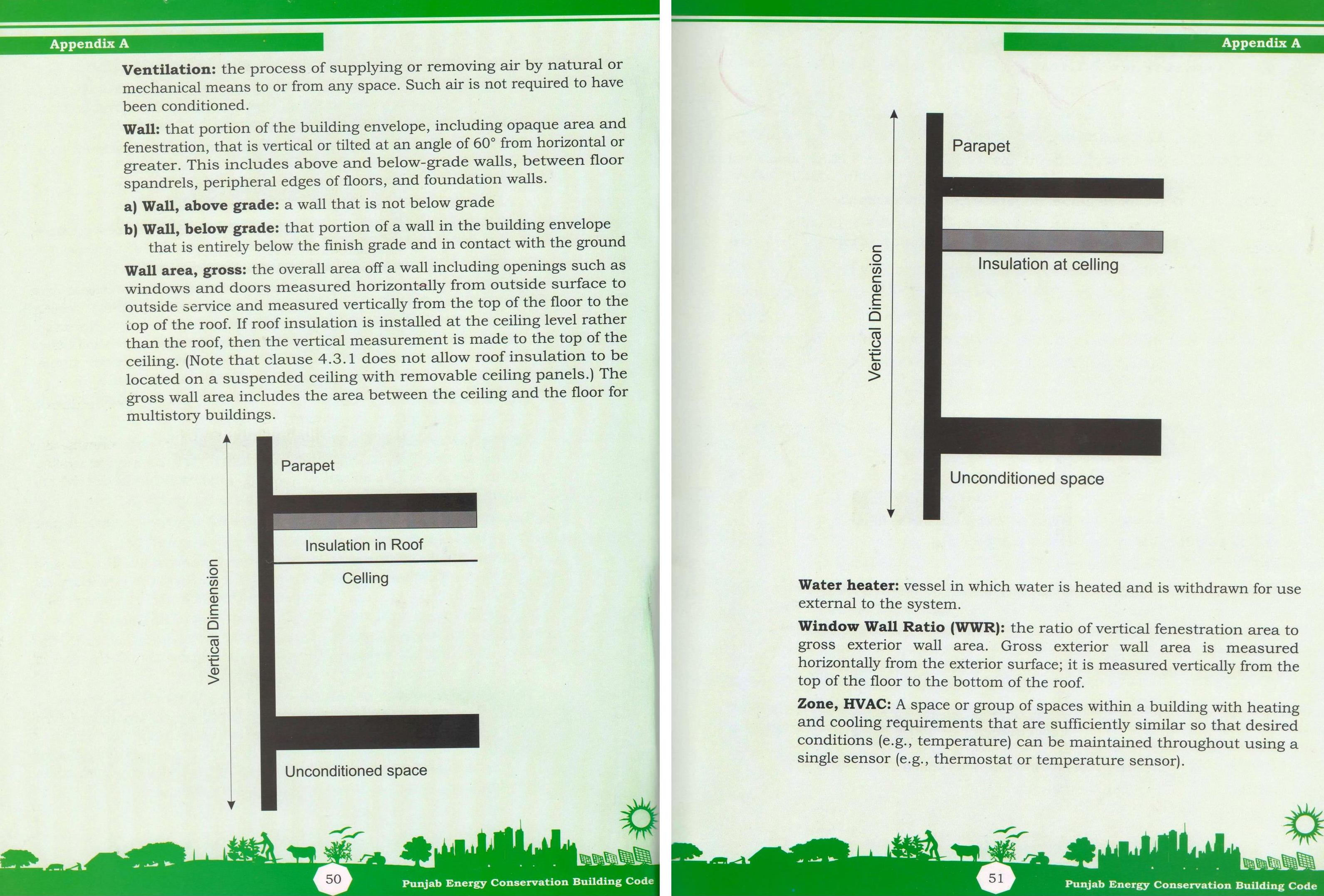 Officials of PEDA informed gatherings on different programs on work being carried by PEDA in the state to promote energy conservation. Department of Housing and Urban Development amended building bye-laws and made provisions for use of Punjab ECBC while approving the building plans and construction of buildings. They have also provided an incentive of 50% refund of building scrutiny fee on completion of building Department of Local Government provided 15% rebate on property tax for Punjab ECBC Compliant Buildings in addition, they have also provided 5% FAR free of cost for construction of green buildings in the state of Punjab.

These Programmes were attended by professionals consisting of architects, engineers, builders, developers and officers of Urban Local Bodies and various other government departments besides some students of architecture. 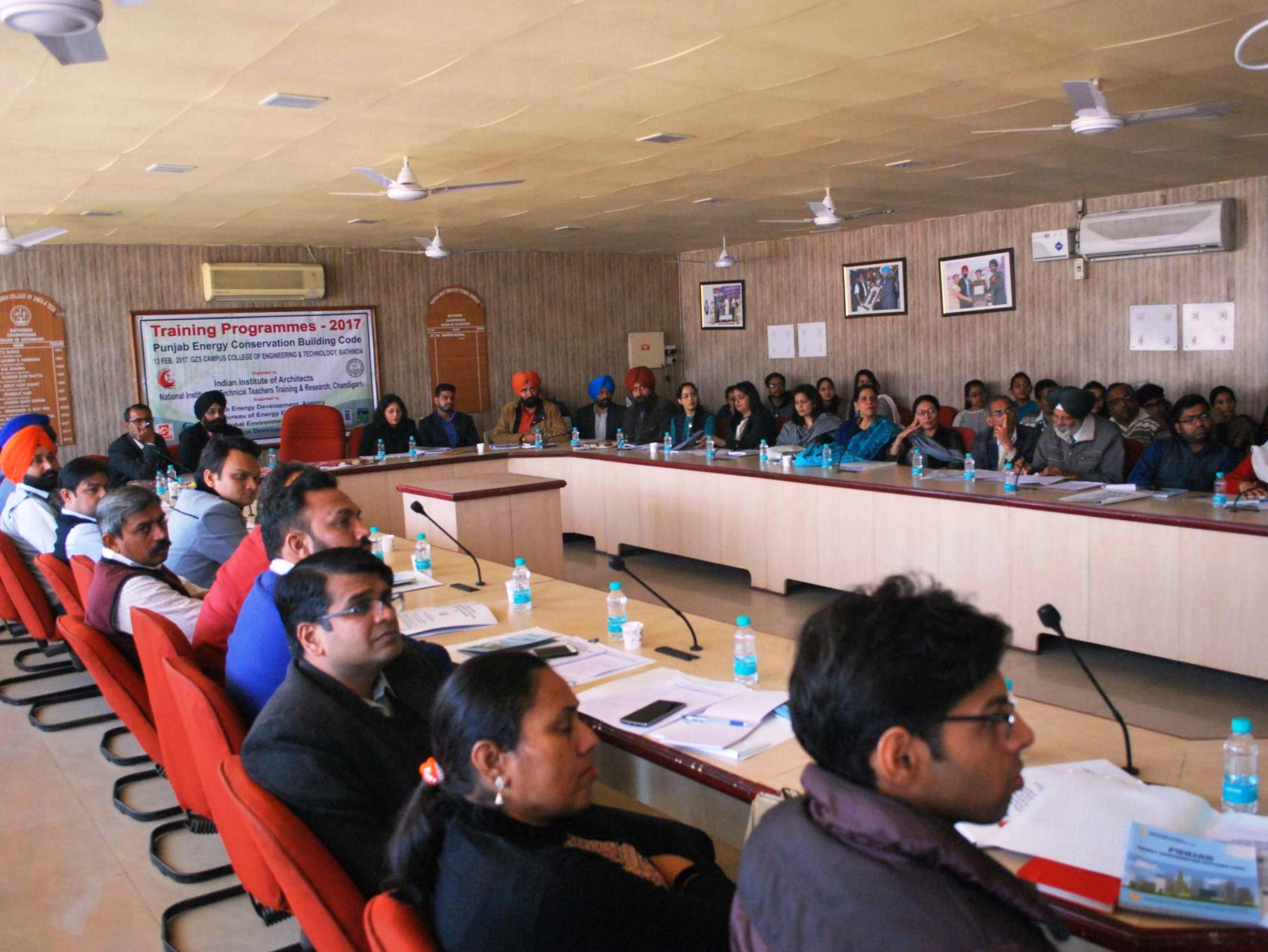 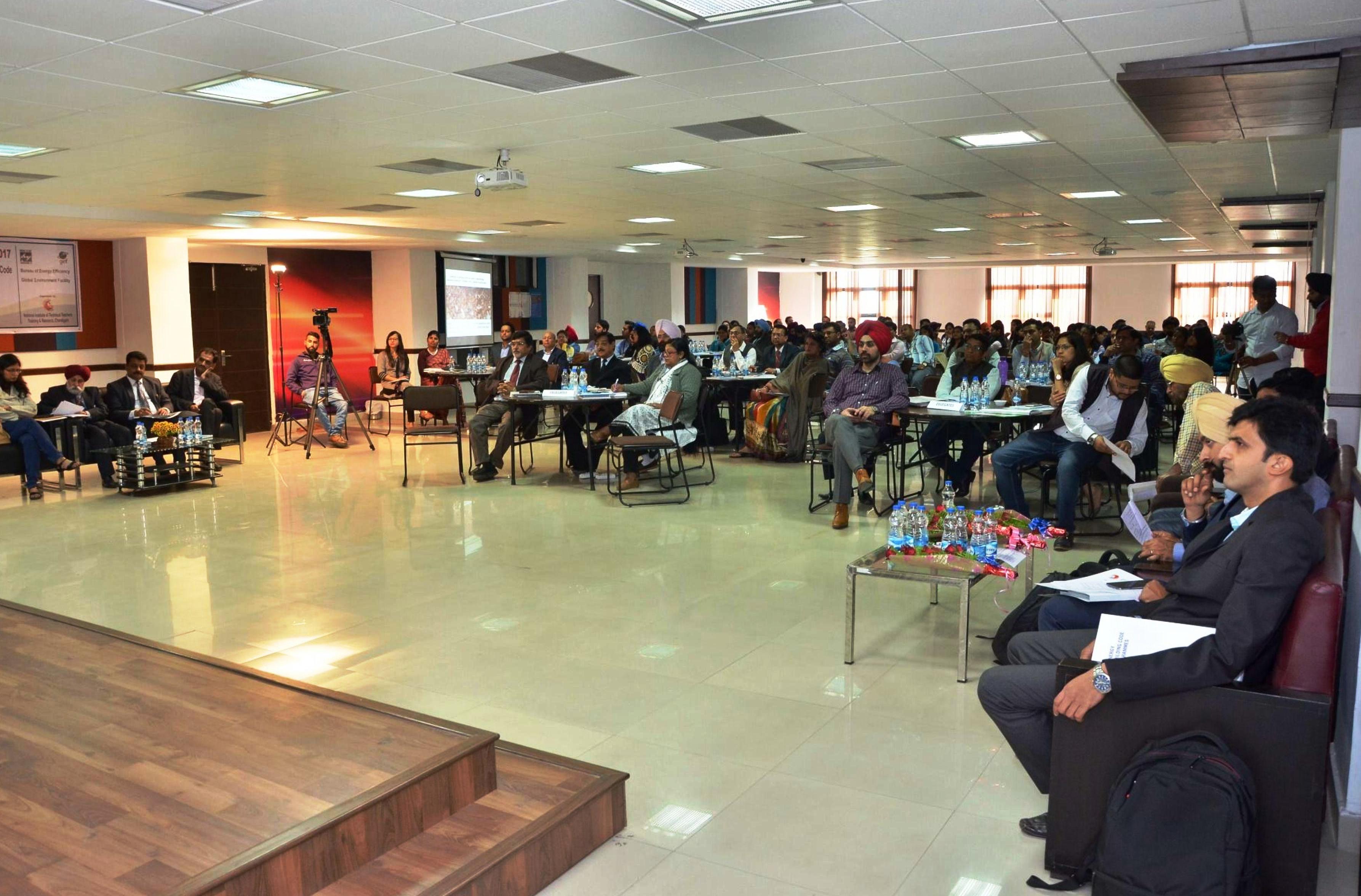 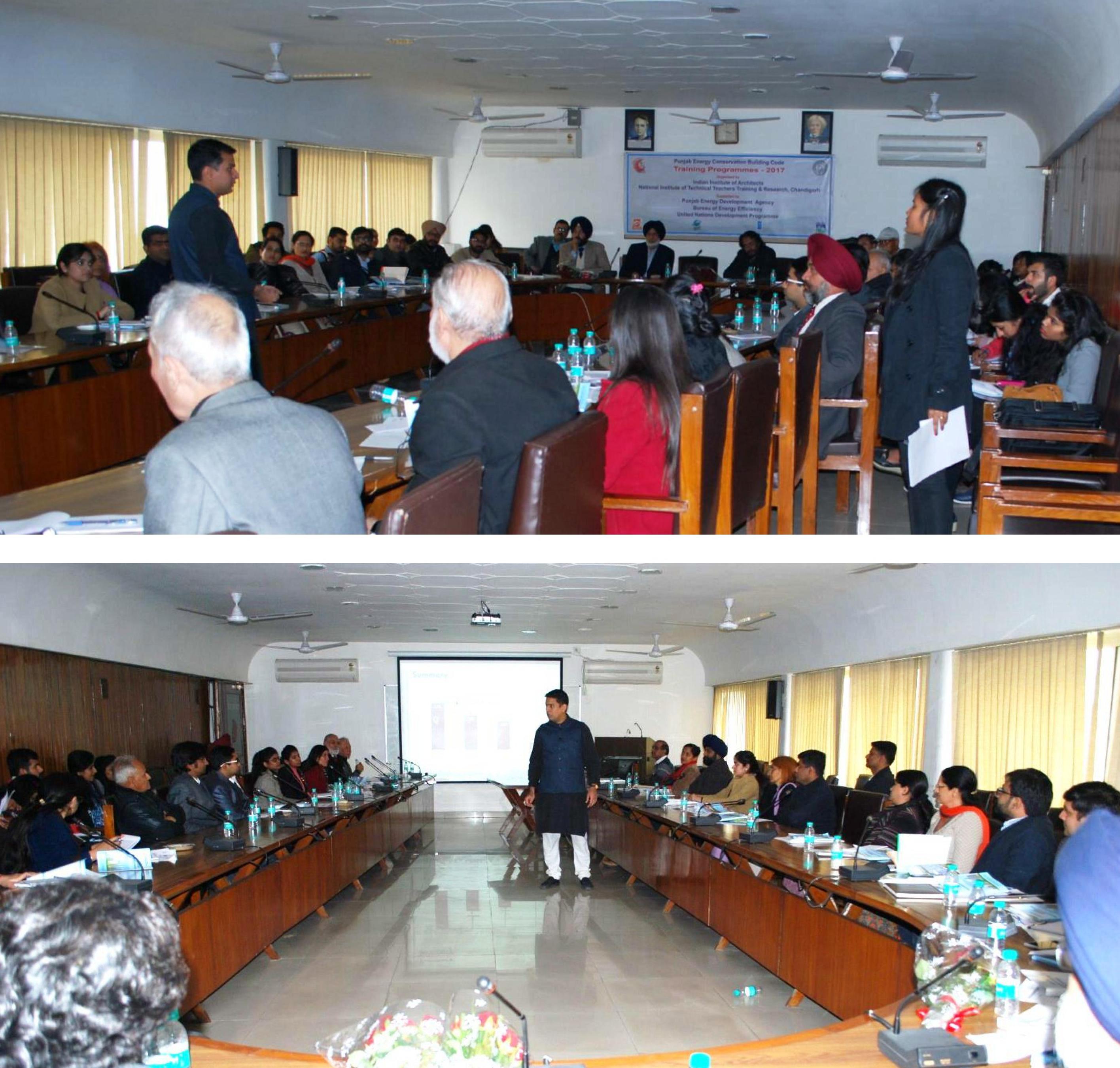 BEE is also in the process of setting up ECBC cells at 17 states and Union Territories including Punjab.

Any event/function/temporary arrangements exceeding the duration of three days shall have to comply with code.

Additions/alteration to the existing buildings if installing any new equipment to the building shall comply with the specific requirement of this code.

It also restricts the size of windows, as excessive use of glass in this tropical climate increases energy consumption.

It will be mandatory to use minimum three star rated equipment. For example, Fridge, Air-conditioners, Motors, Washing Machine, Lighting, Fans and many more. Saving energy in terms of electricity and water consumption by using star rated fixtures and low flow fixtures respectively.

All images courtesy of PEDA