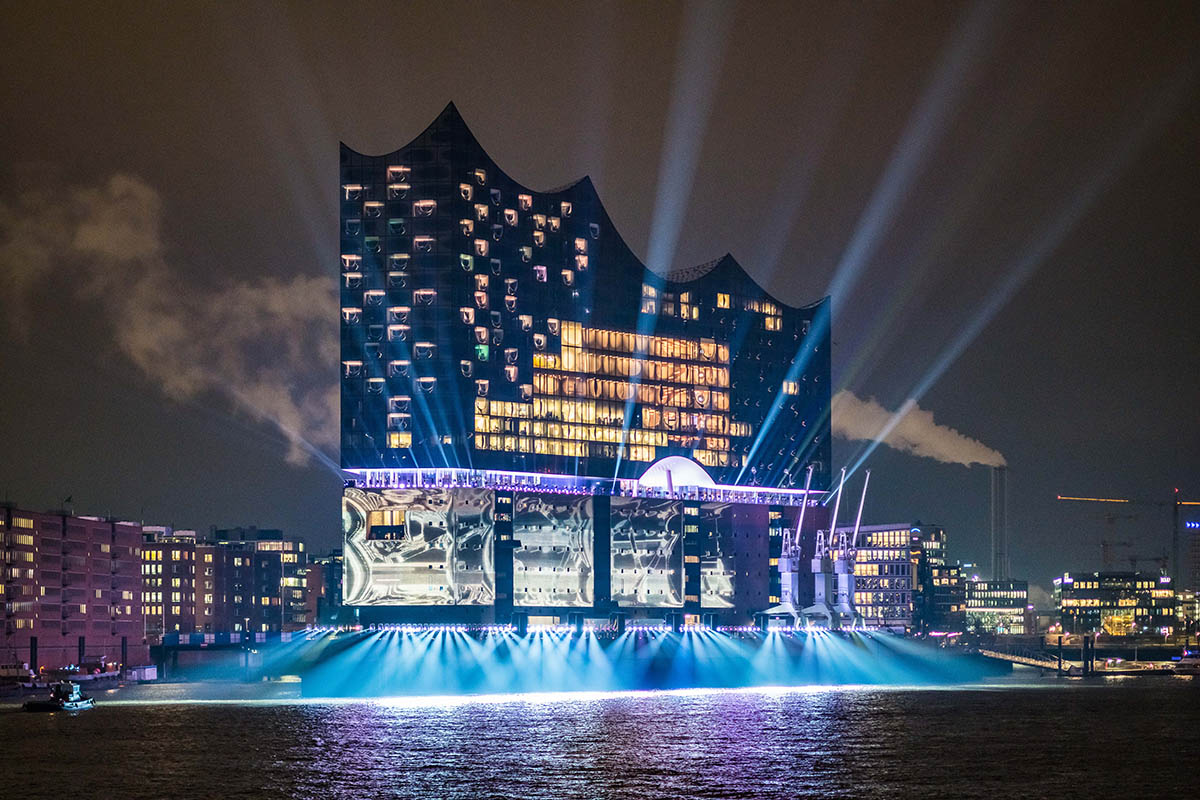 Herzog&de Meuron's hotly-anticipated magical concert hall Elbphilharmonie Hamburg officially opened on January 11 with a ceremony and the inaugural concert. The concert hall is the new musical heart of the northern German metropolis. The spectacular venue uses its architecture and its programme to combine artistic excellence with the utmost in openness and accessibility.

Designed by architects Herzog & de Meuron and perched between the city and the harbour, the Elbphilharmonie unites the former Kaispeicher warehouse with a new glass structure featuring wave-like peaks and valleys on top. In addition to three concert halls, among other features, the building is home to a hotel and a viewing platform which is open to the public and which underscores the new landmark’s character as a ''house for all''. 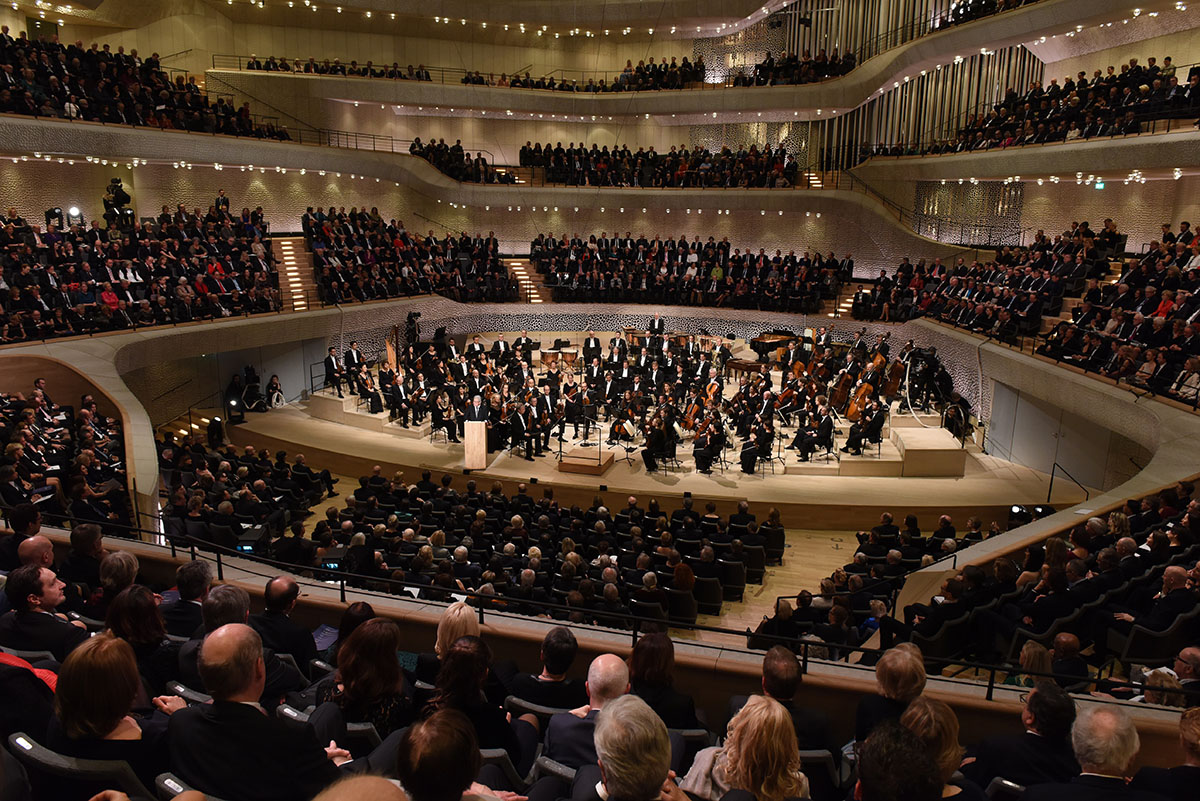 A ceremony in the Grand Hall marked the beginning of the opening festivities. For the occasion, addresses were held by German Federal President Joachim Gauck, First Mayor of Hamburg Olaf Scholz, Jacques Herzog from Herzog & de Meuron and General and Artistic Director Christoph Lieben-Seutter. Guests included German Federal Chancellor Angela Merkel and numerous other high-ranking representatives from the worlds of politics and culture. 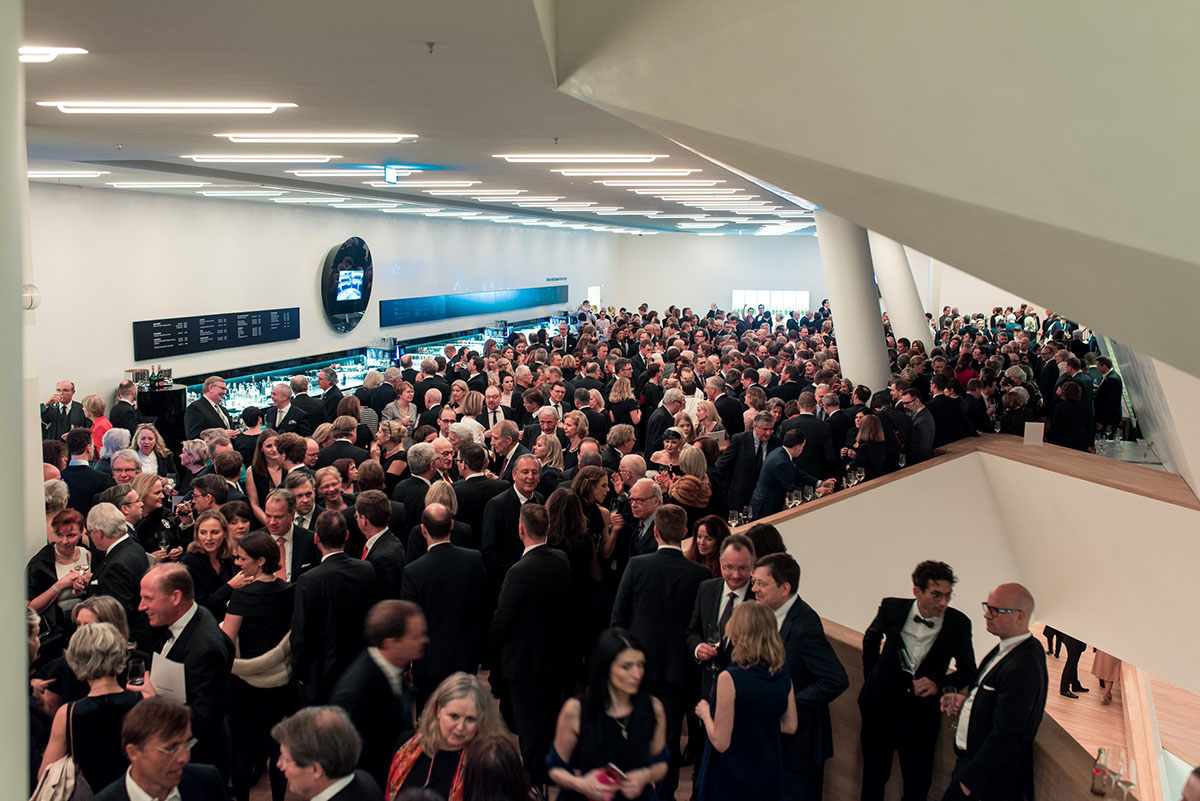 In the Grand Hall, the NDR Elbphilharmonie Orchestra under the direction of its Chief Conductor Thomas Hengelbrock performed with the choir of the Bayerischer Rundfunk, as well as renowned soloists such as Philippe Jaroussky (countertenor), Hanna-Elisabeth Müller (soprano), Wiebke Lehmkuhl (mezzo-soprano), Pavol Breslik (tenor) and Bryn Terfel (bass- baritone). 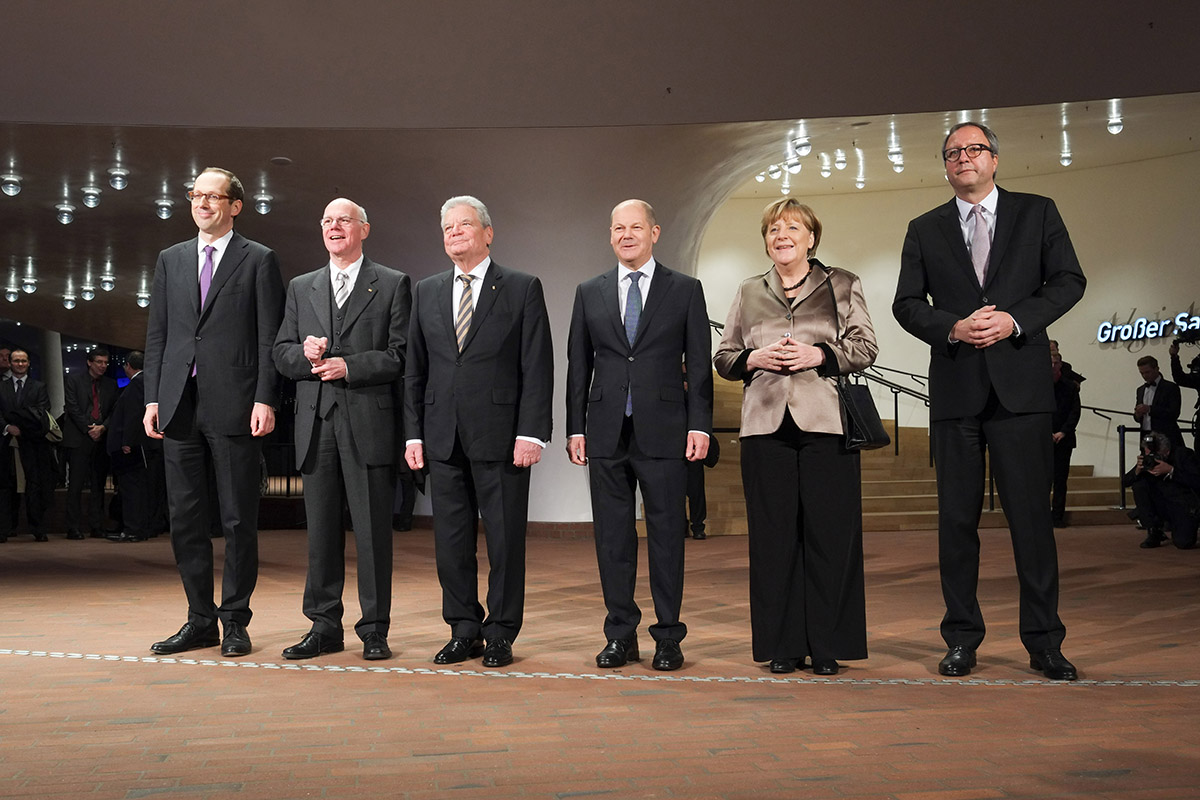 One of the highlights was the first-ever performance of a work commissioned specially for the occasion by the German contemporary composer Wolfgang Rihm titled 'Reminiszenz. Triptychon und Spruch in memoriam Hans Henny Jahnn für Tenor und Großes Orchester'. As a follow-up, the orchestra played a series of related works from several different centuries which gave the audience a first, powerful glimpse of the outstanding acoustics of the Grand Hall, which are the result of the efforts of Japanese star acoustics expert Yasuhisa Toyota. 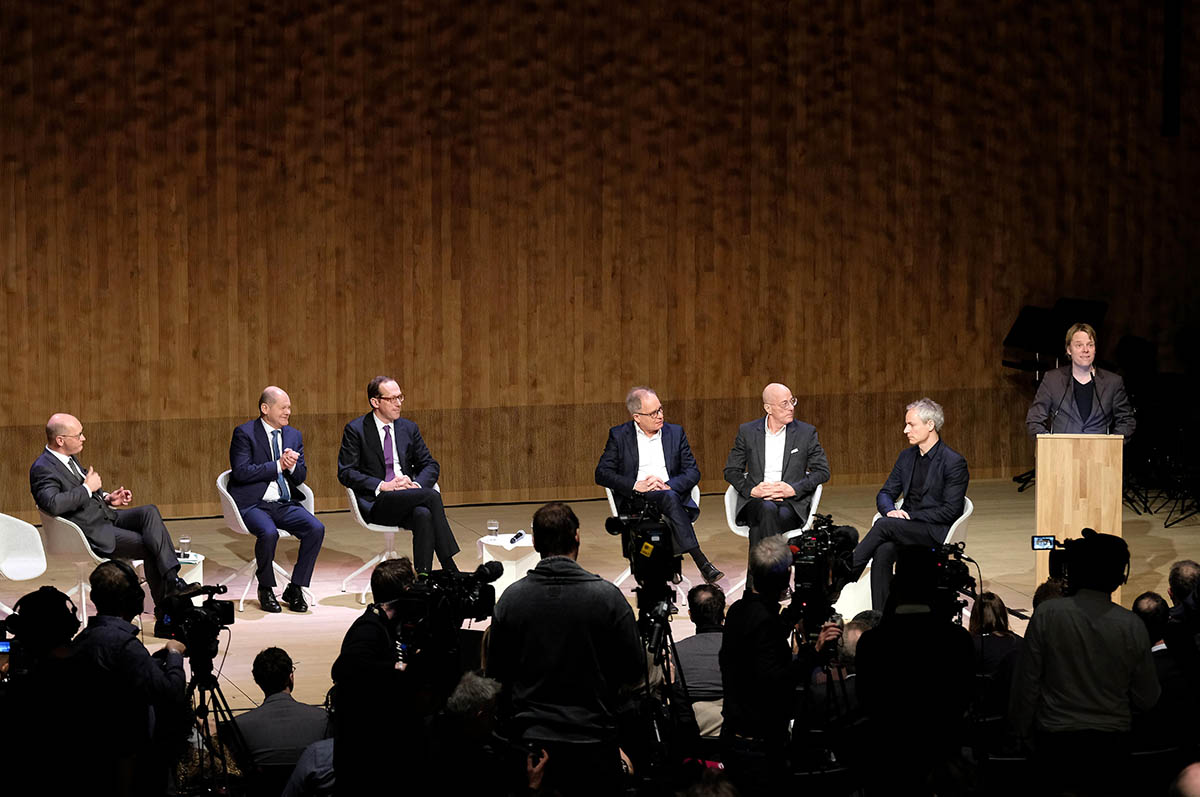 The evening concerts came to a head with Beethoven’s 'Symphony No. 9 in D minor', whose final choral movement 'Freude schöner Götterfunken' was the perfect expression of the festive atmosphere of the new concert hall’s opening event. 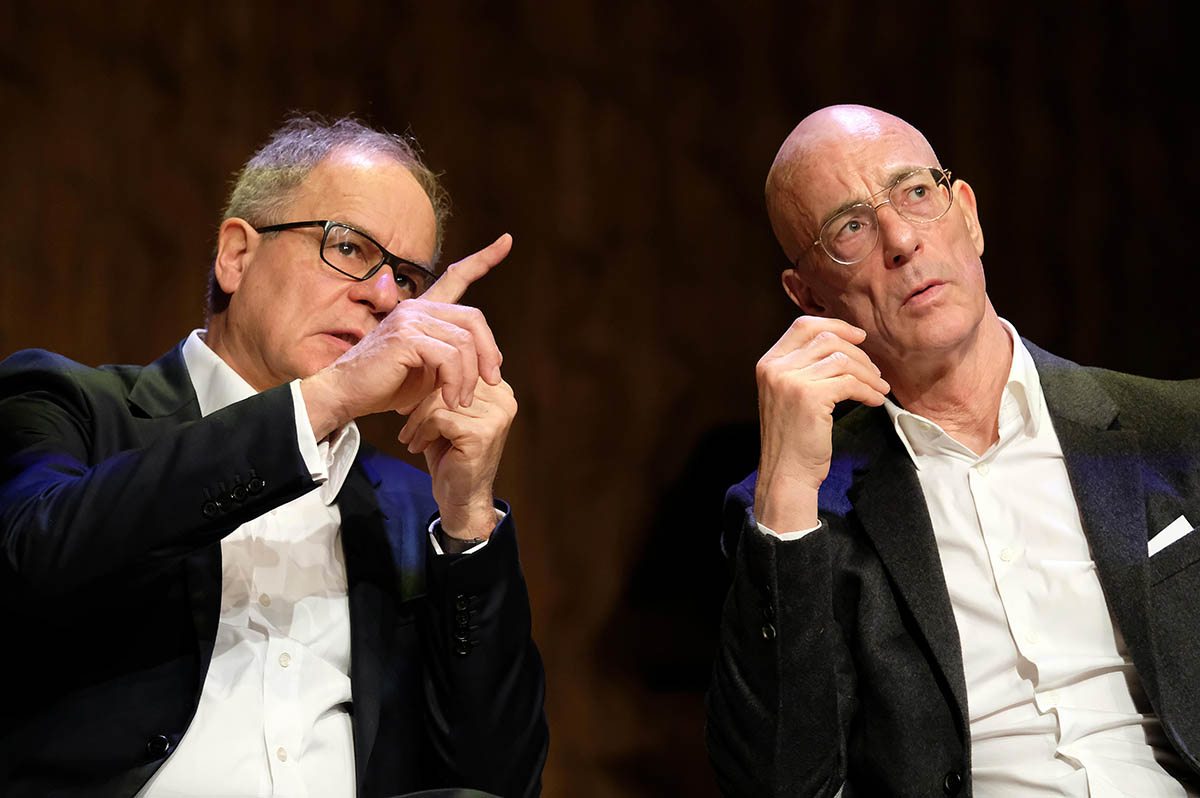 During the concert, the facade of the Elbphilharmonie became a canvas for a one-of-a-kind light display. The music played in the Grand Hall was transformed into colours and shapes in real time and projected onto the building’s facade. Thousands of onlookers beheld the ?Elbphilharmonie – Hamburg’s new landmark – in all its glory before the impressive backdrop of the city and the harbour.

The concert was in interactive 360 ° -Stream or on television, radio and live stream to follow the NDR. 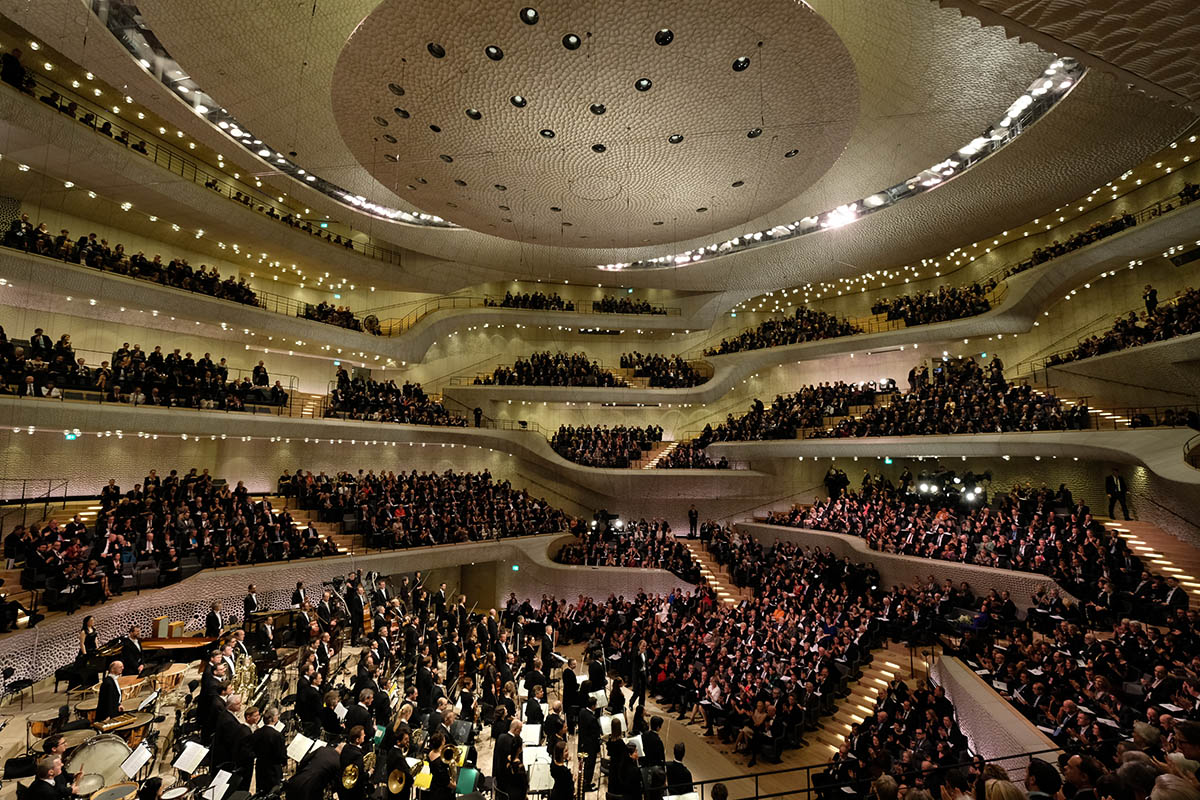 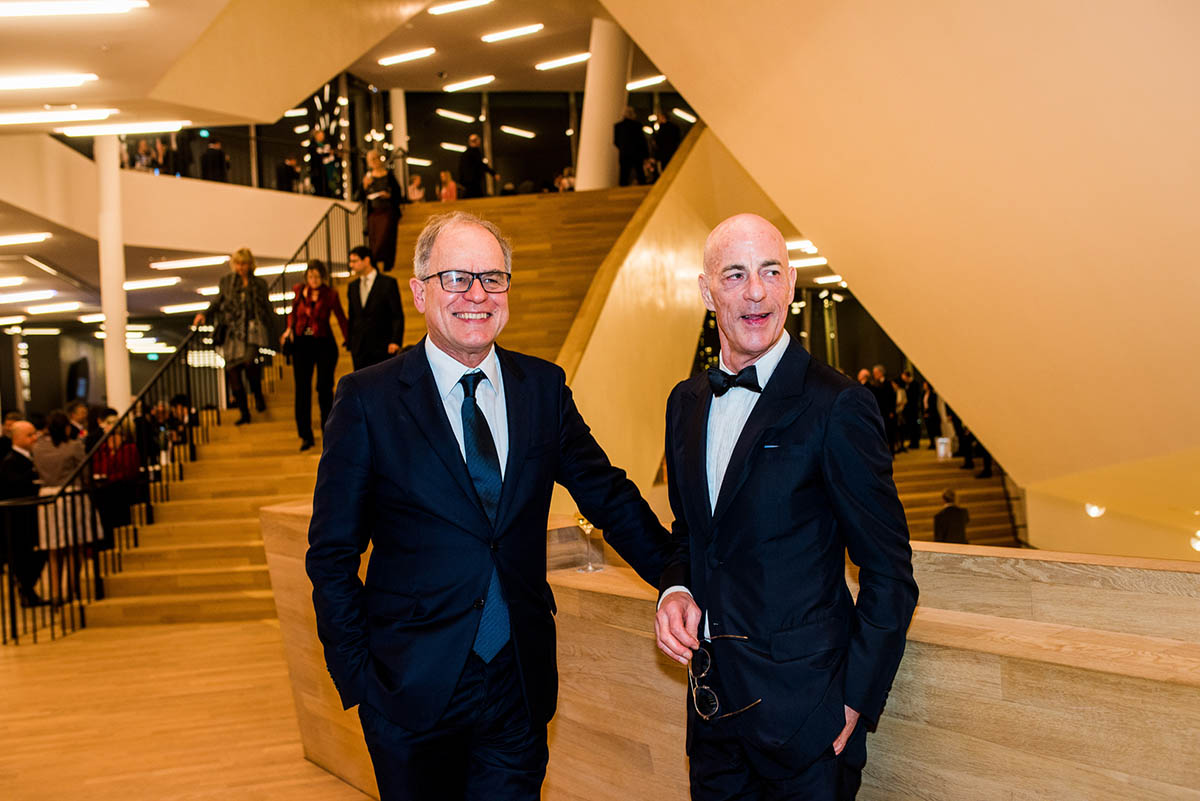 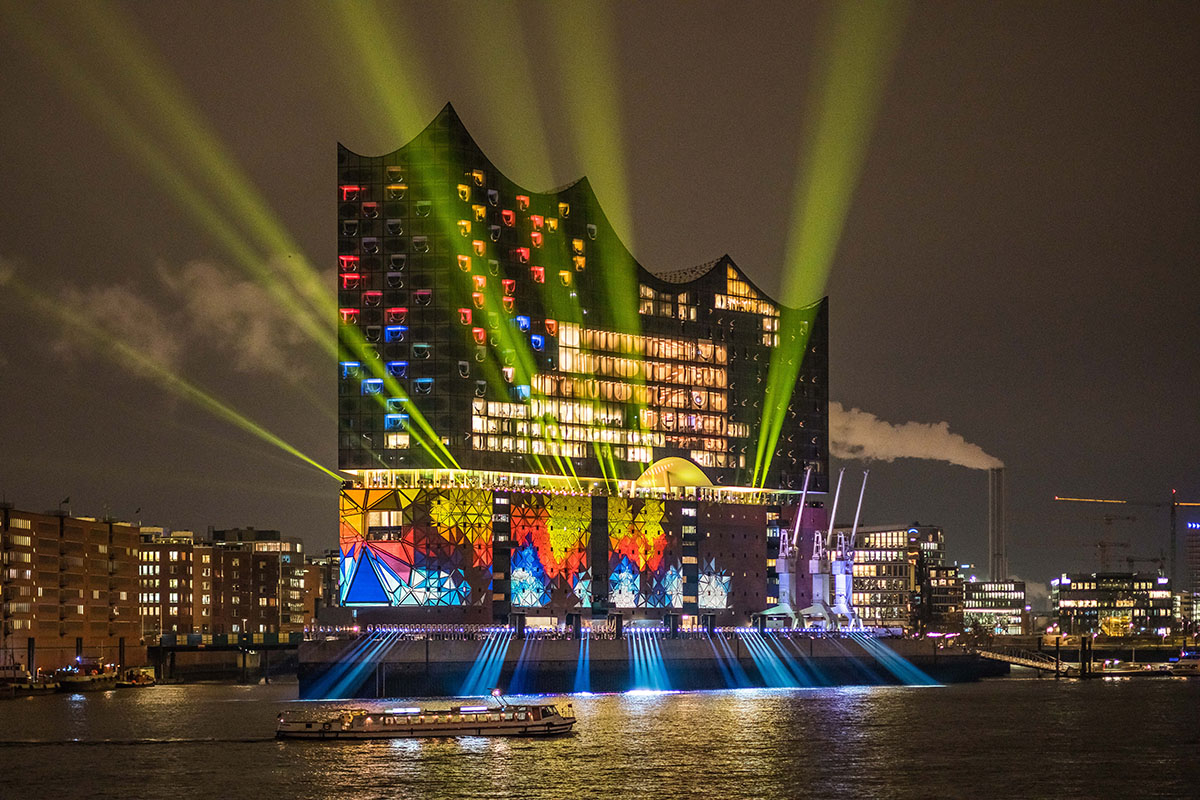 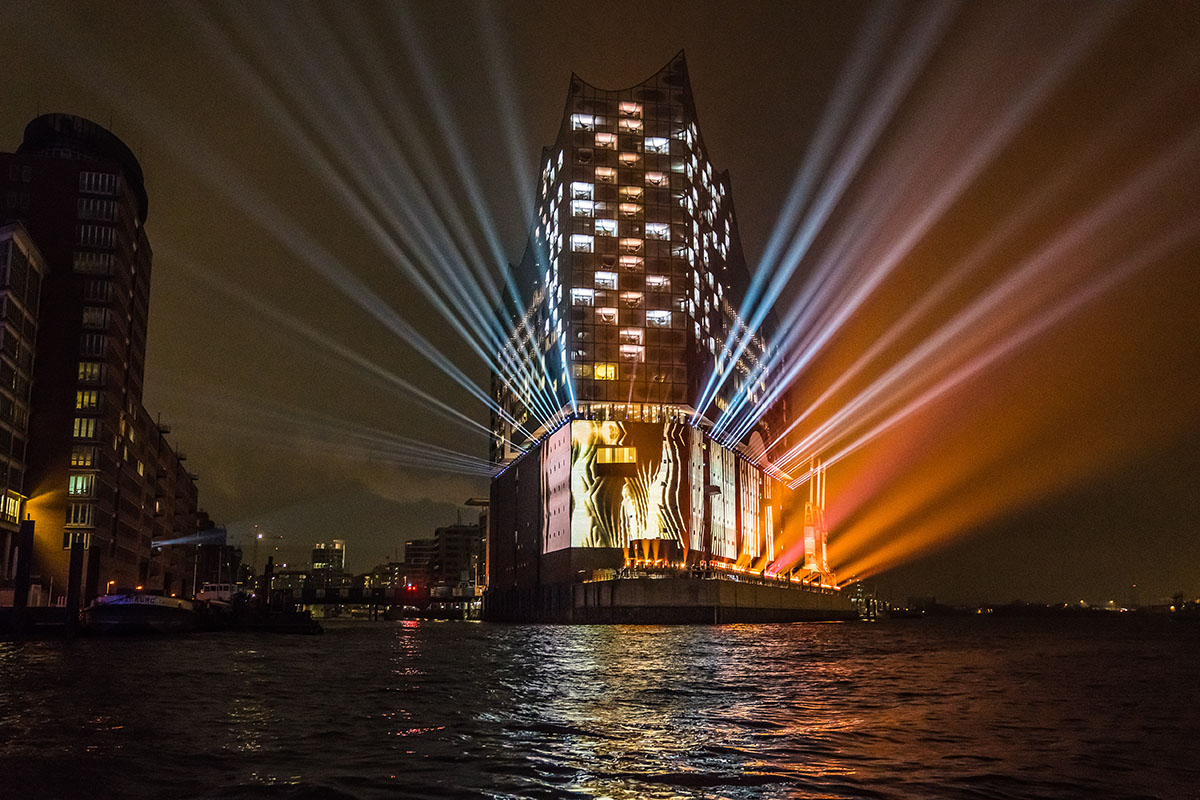 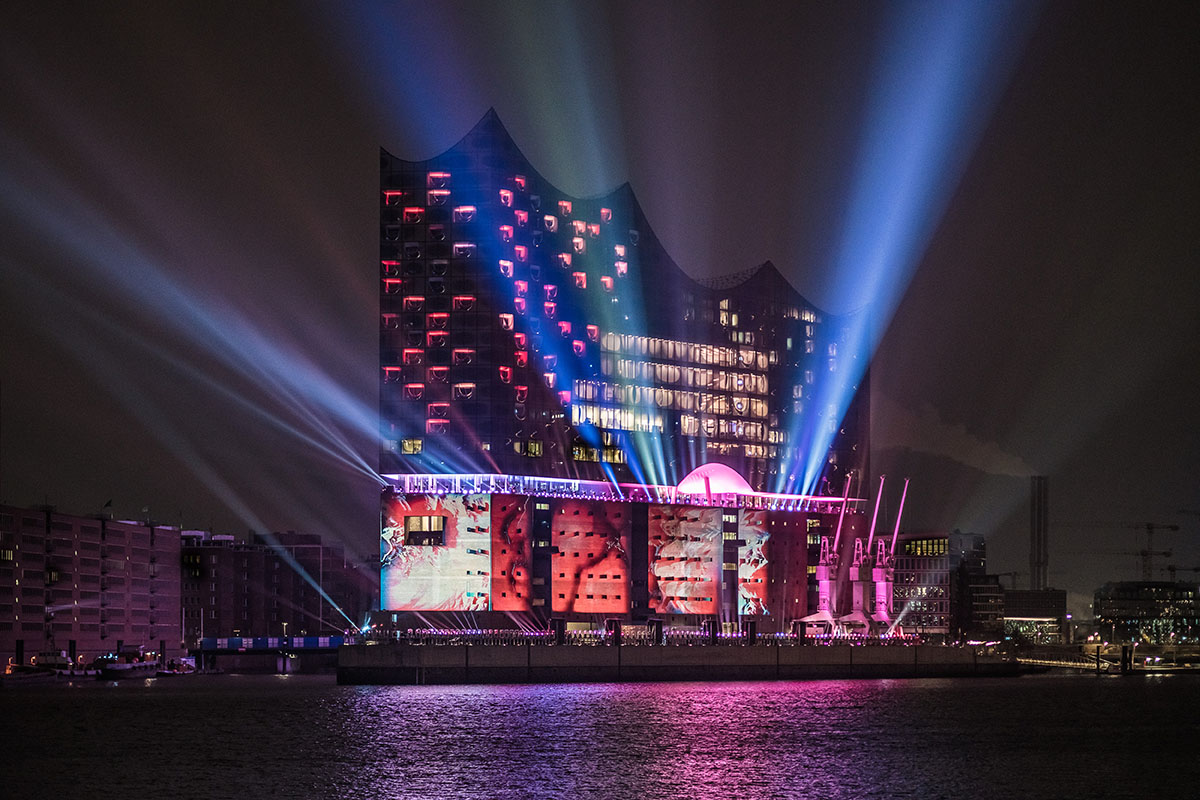