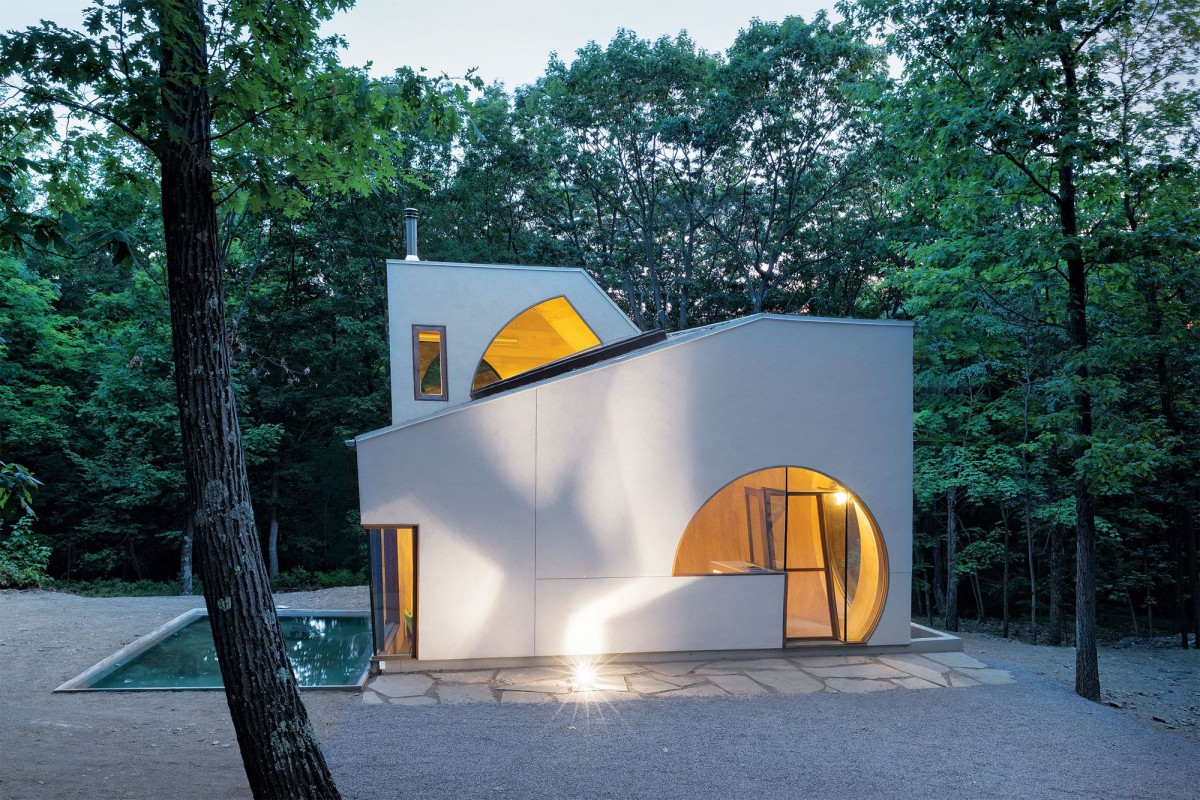 Steven Holl Architects has completed new guest house in the natural landscape of Rhinebeck, New York to explore new typologies on 'guest houses', showing that what could it reflect and mediate within an unusual form. Developed as part of the ongoing Explorations of "IN” project at Steven Holl Architects, 'Ex of In House' was developed to preserve the natural landscape and wild animal habitats of 28 acres which were to be subdivided into five suburban house plots.

The house gradually changes its form from an architecture to a sculpture landscape as a nonprofit extension of “T” Space art gallery in Rhinebeck. Realized as a small living unit, the house occupies 85square meters (918 ft2) area for living in the forested rural site. 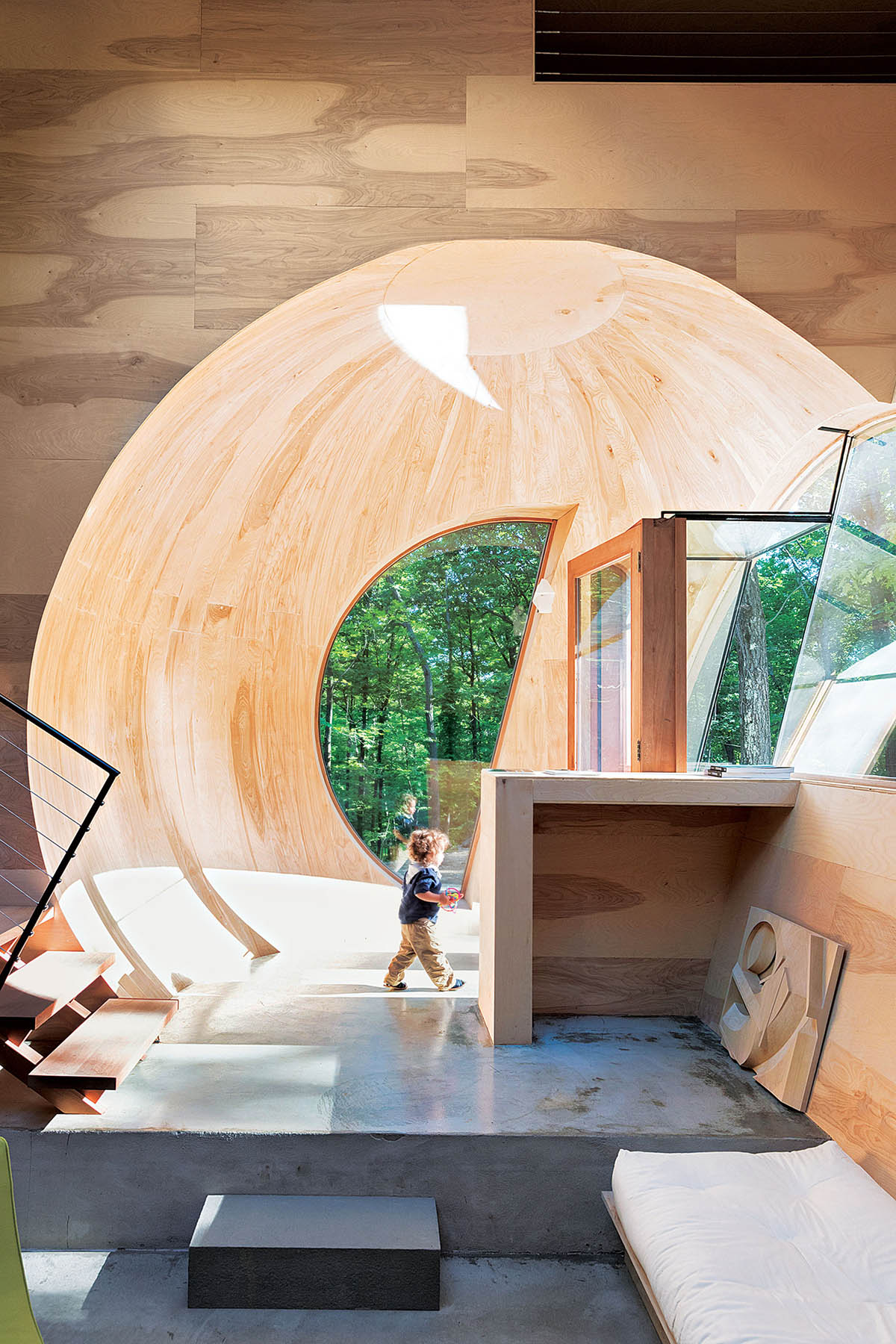 Instead of building today’s typical “McMansion” of several thousand square feet, a single house of 85square meters is placed in the center of the site. A compressed form intersected by three spherical voids, the house has a kitchen at its center and is realized as one large room on three levels. 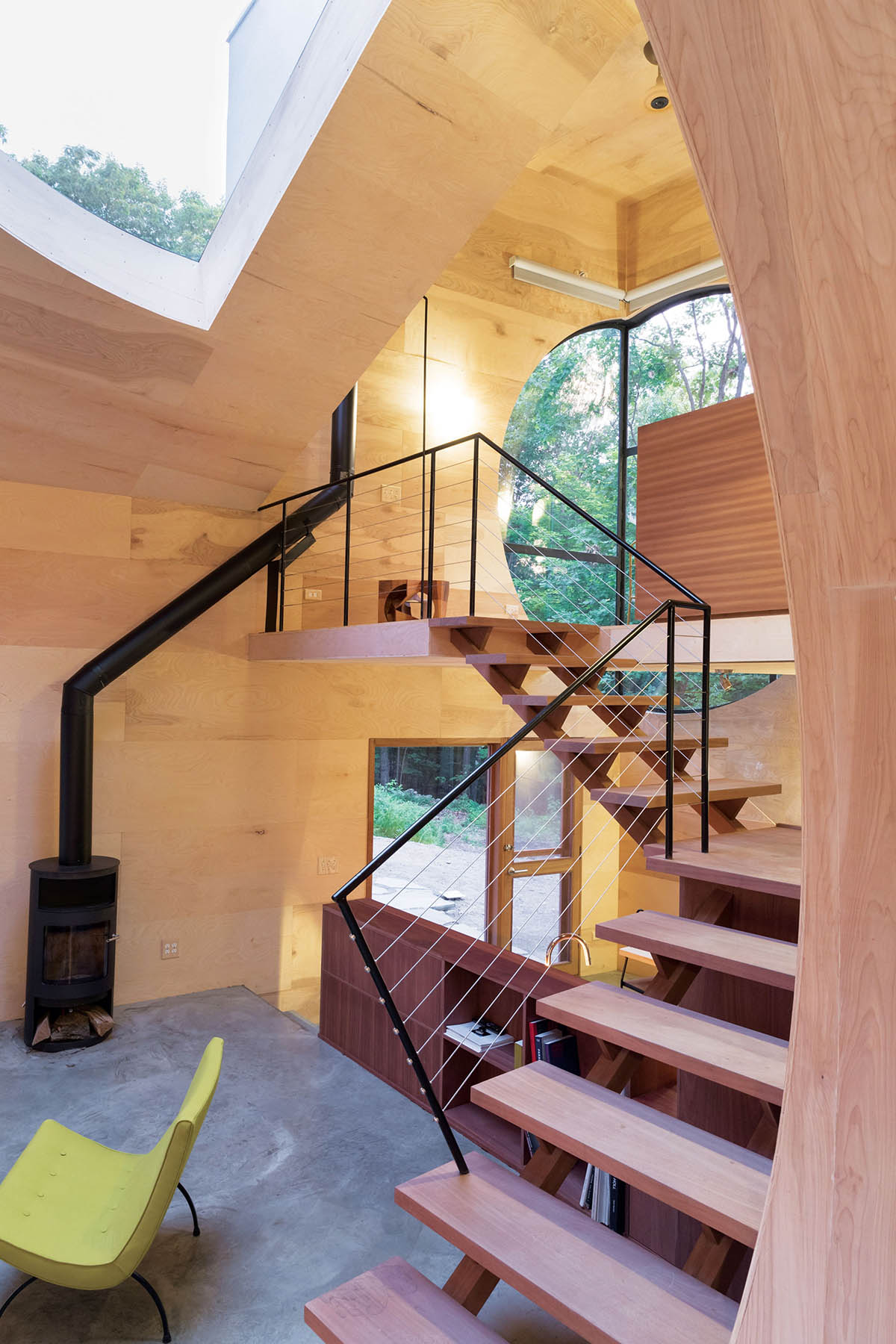 Instead of fossil fuel, the house is heated geothermal. Instead of grid power, the house has electricity from the sun. Ex of In House is used as guest house and artist residence. 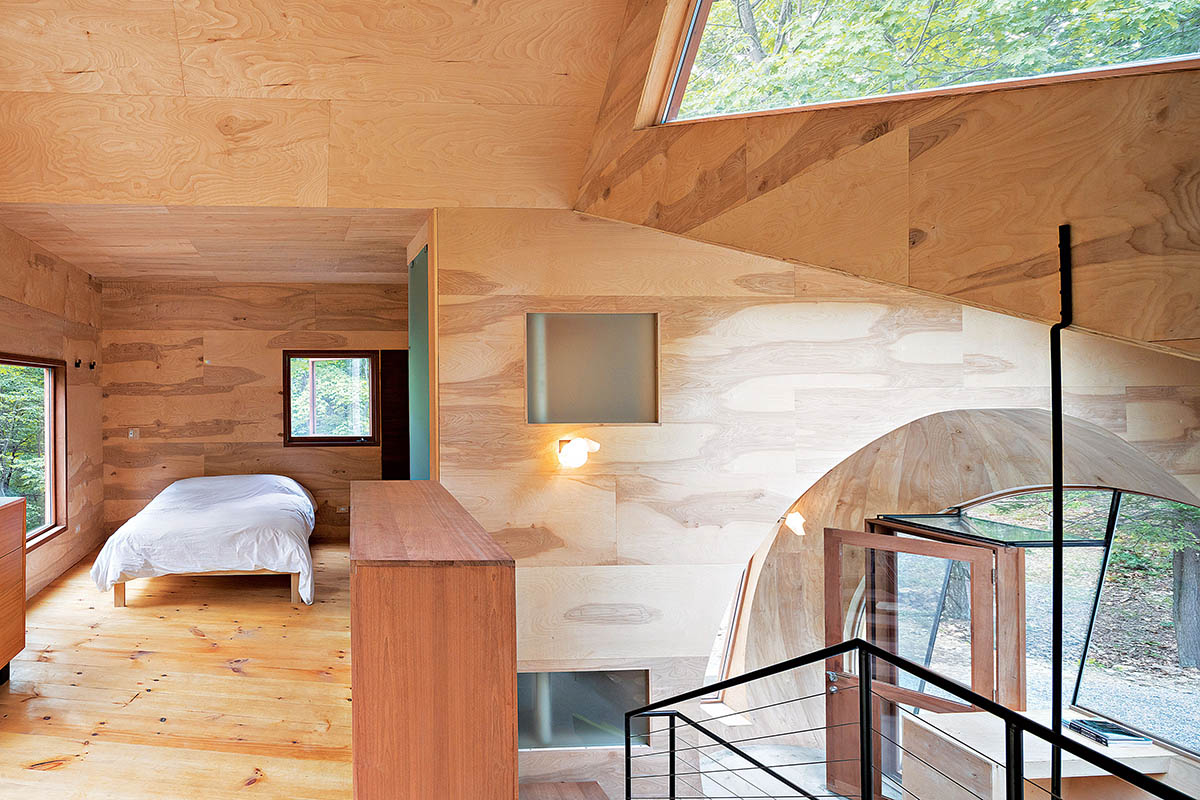 Explorations of "IN" is an ongoing research project under development at Steven Holl Architects since June 2014. Questioning current clichés of architectural language and commercial practice, it has developed in a series of exploratory drawings and CNC model studies such as Triple Venn Diagram Mutilation and Hybrid Combinations: Tesseract within a Cubic Sphere. The explorations of a language of space, aimed at inner spatial energy strongly bound to the ecology of the place. 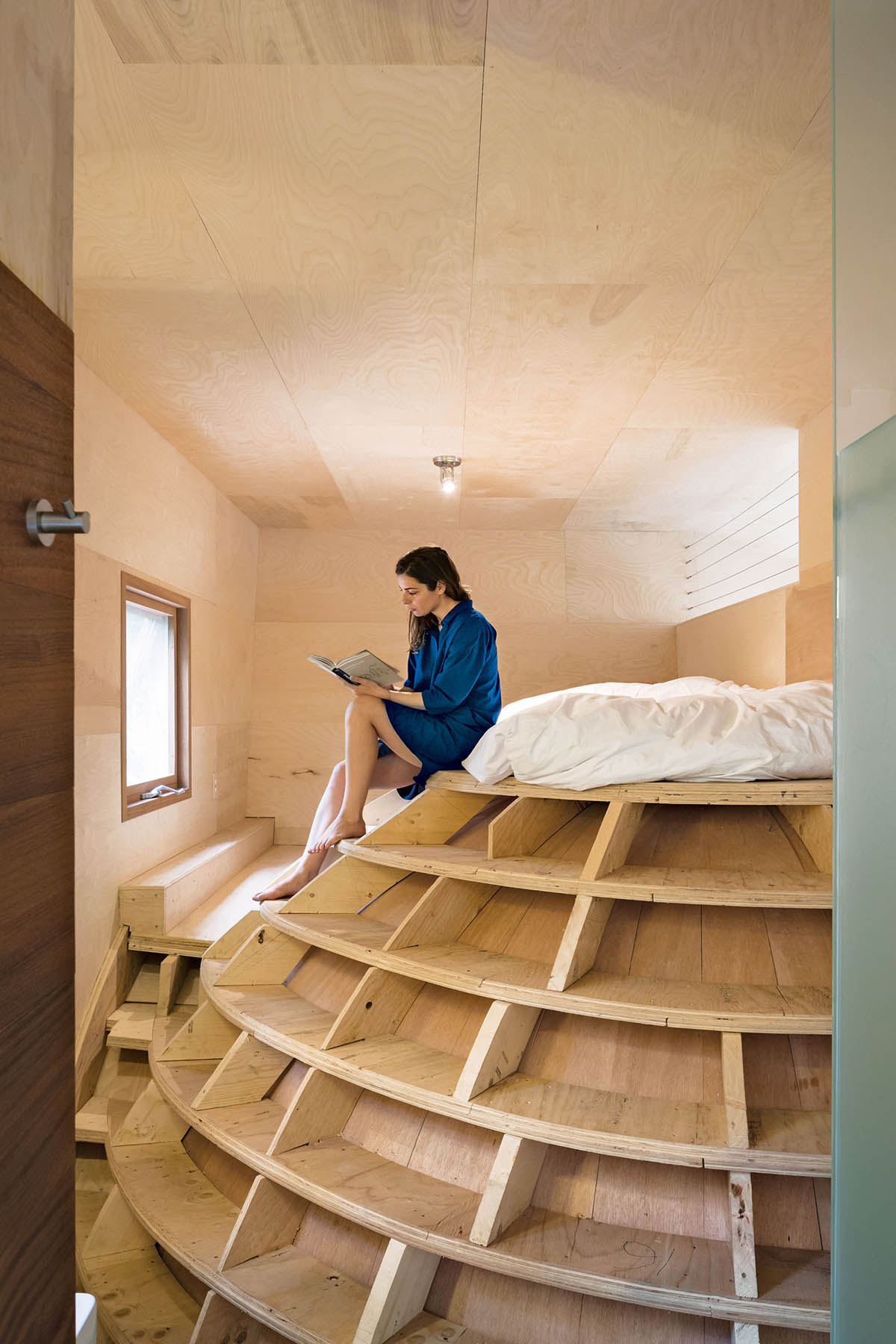 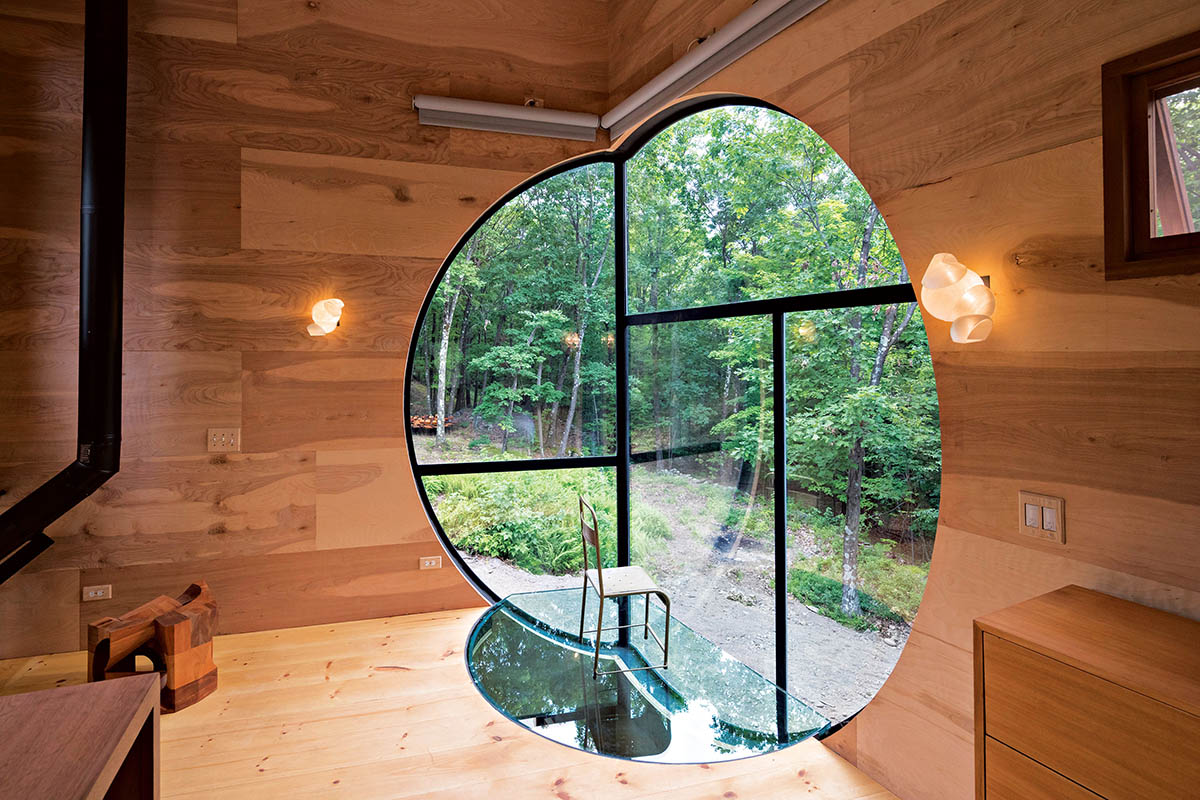 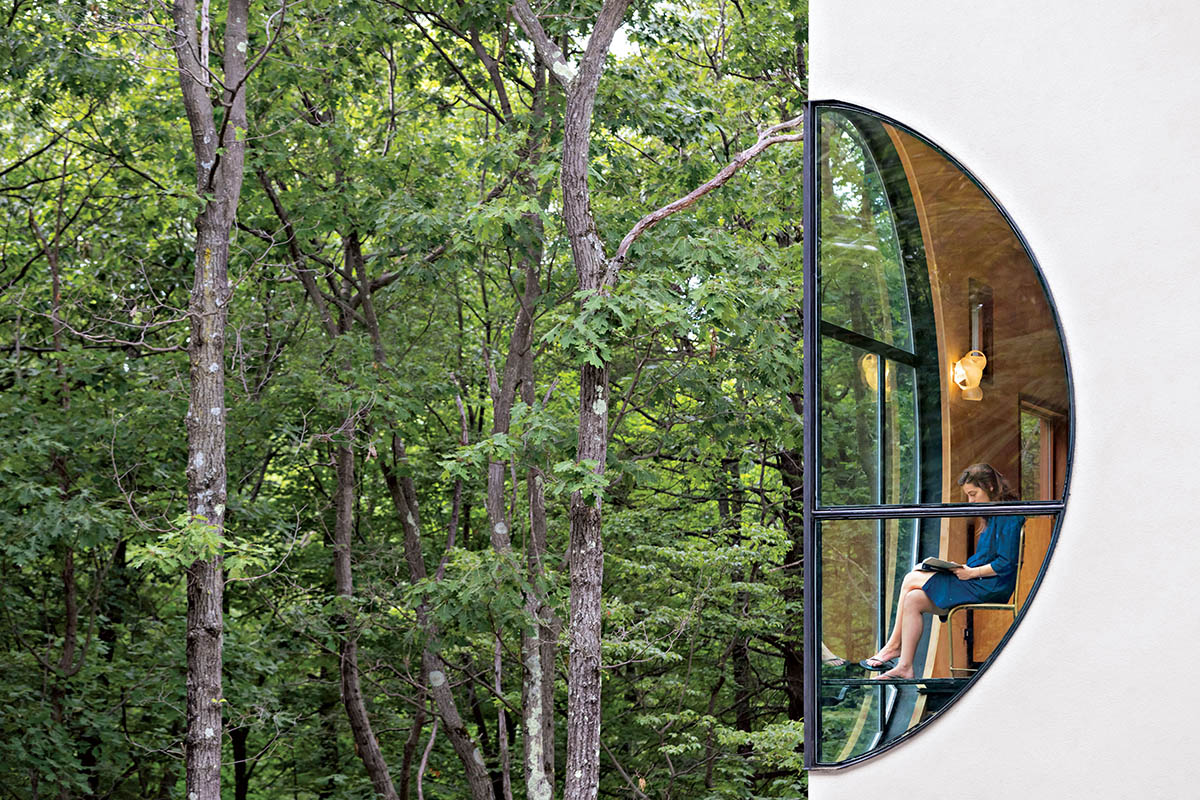 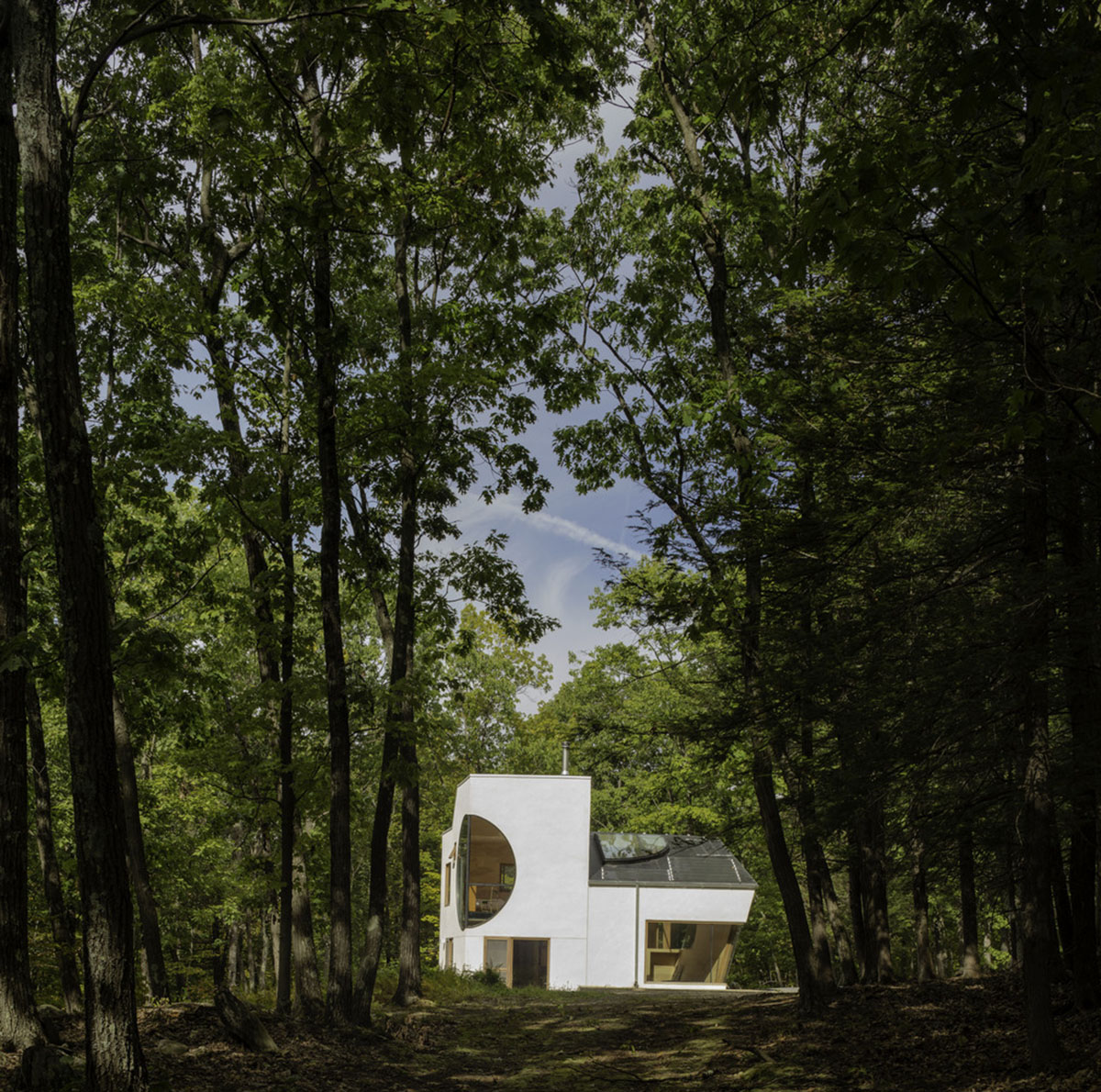 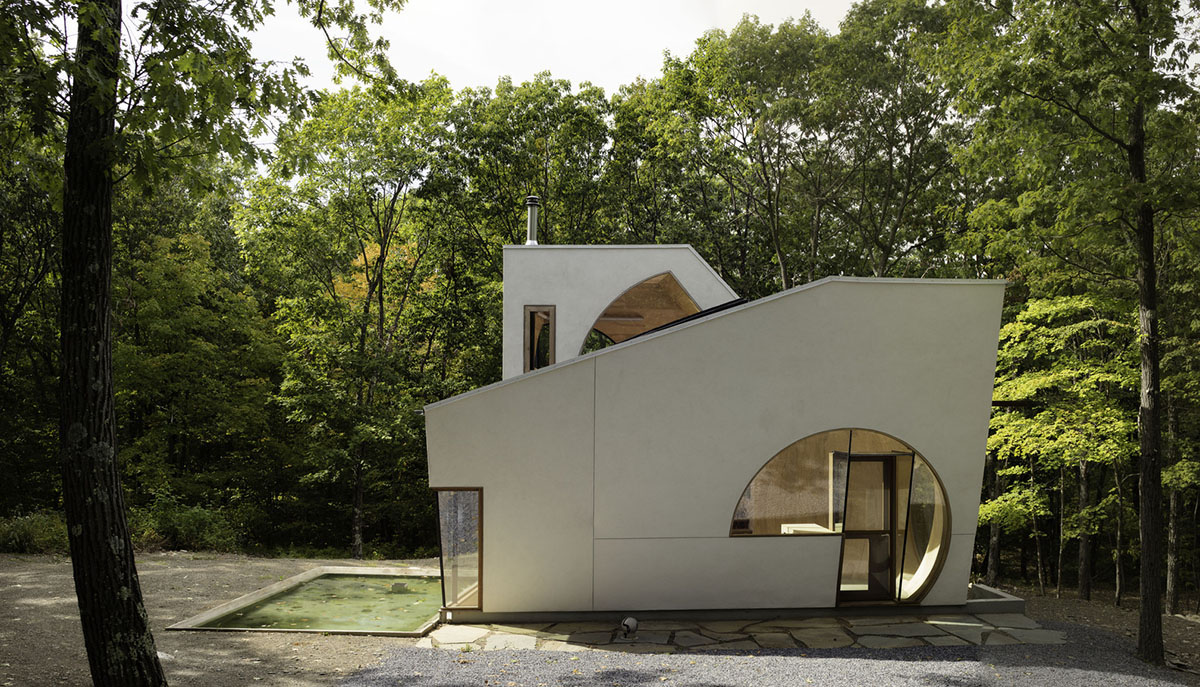 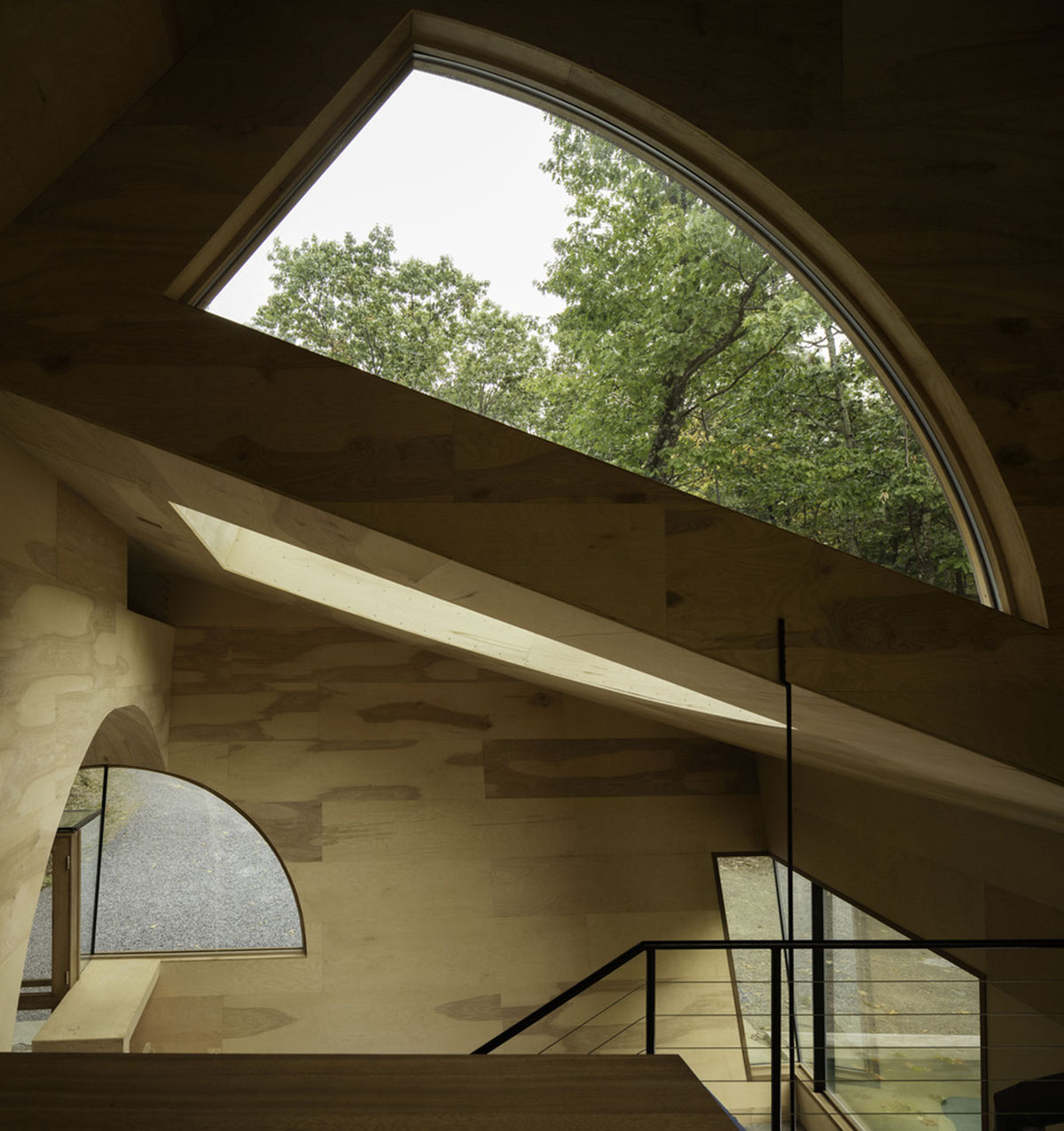 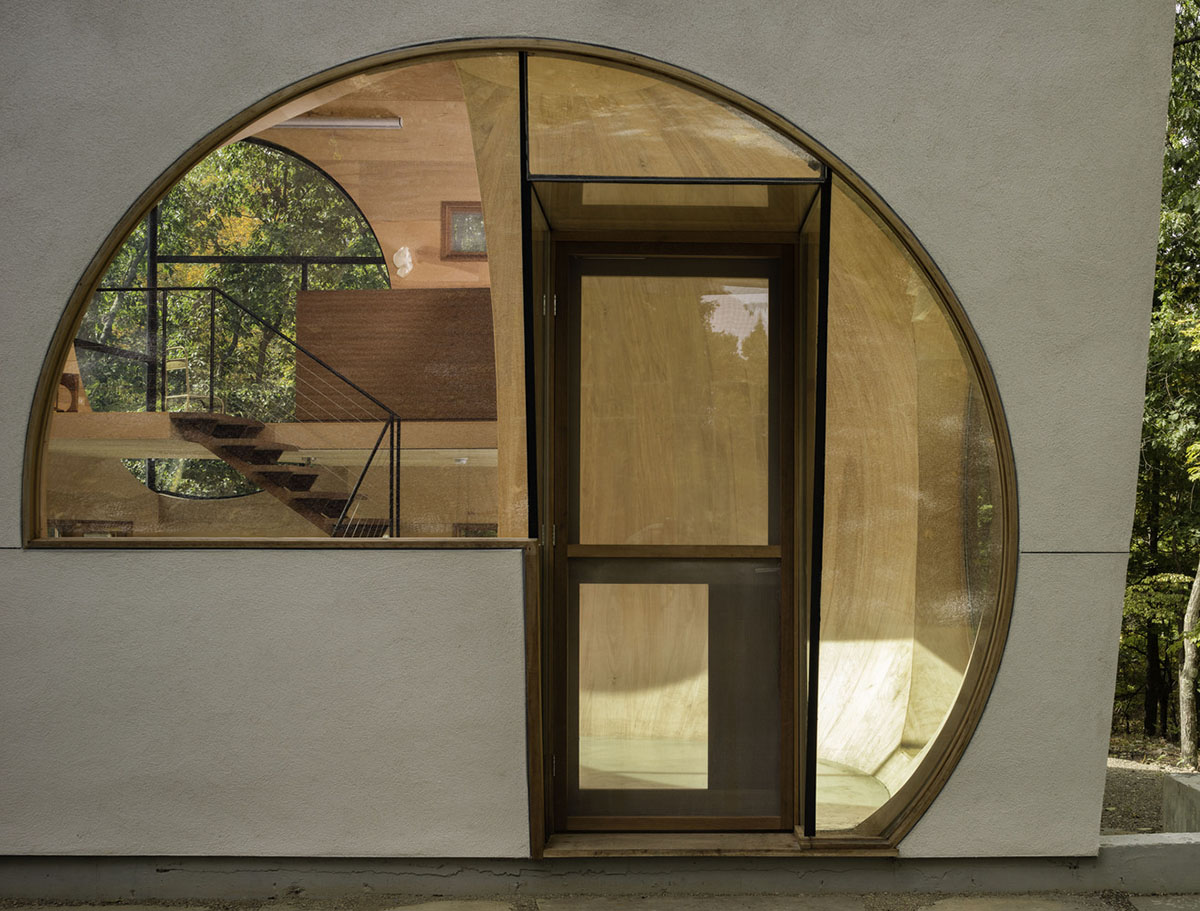 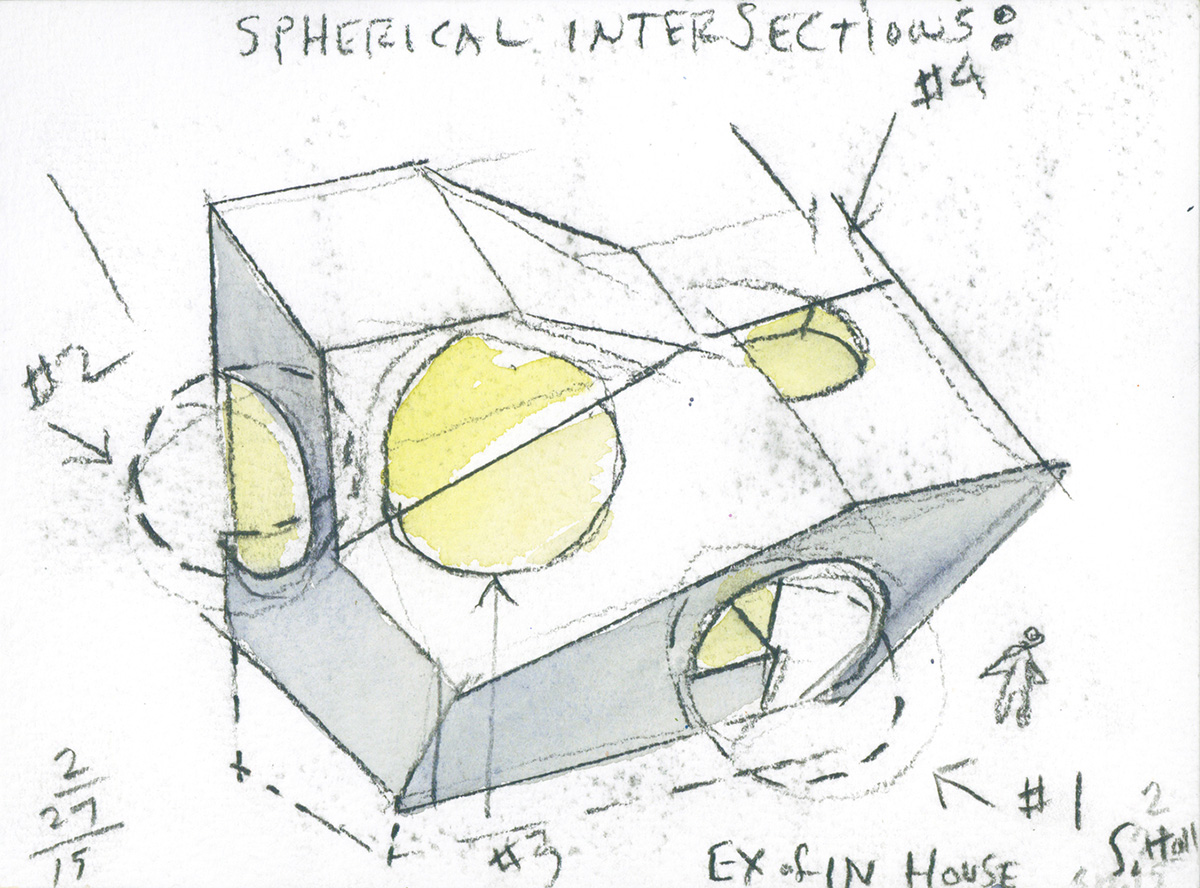 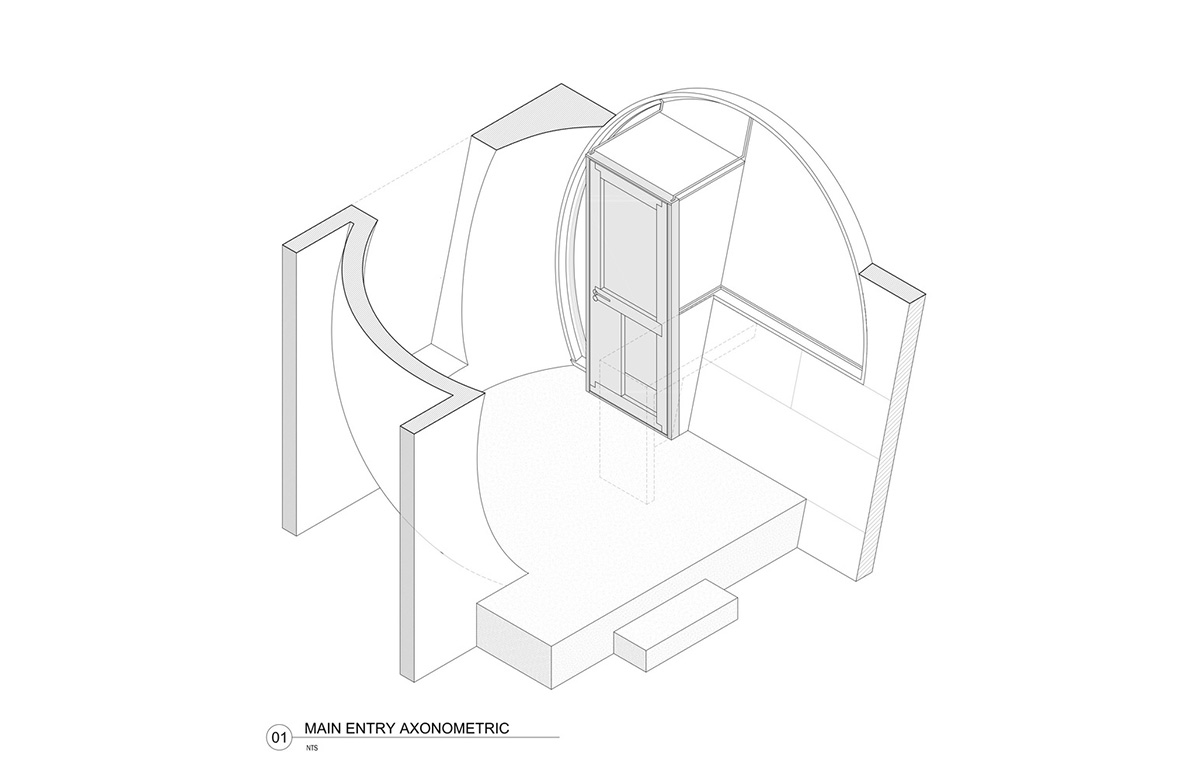 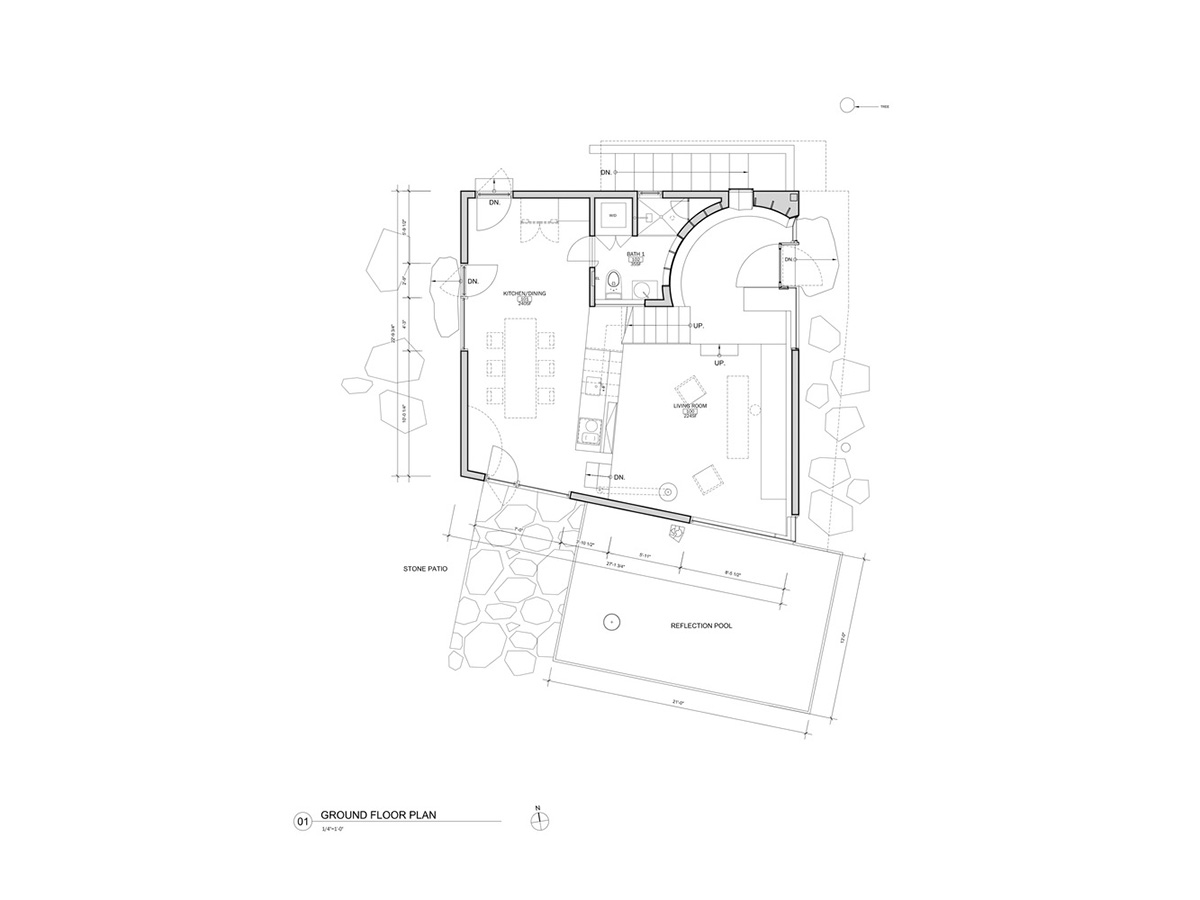 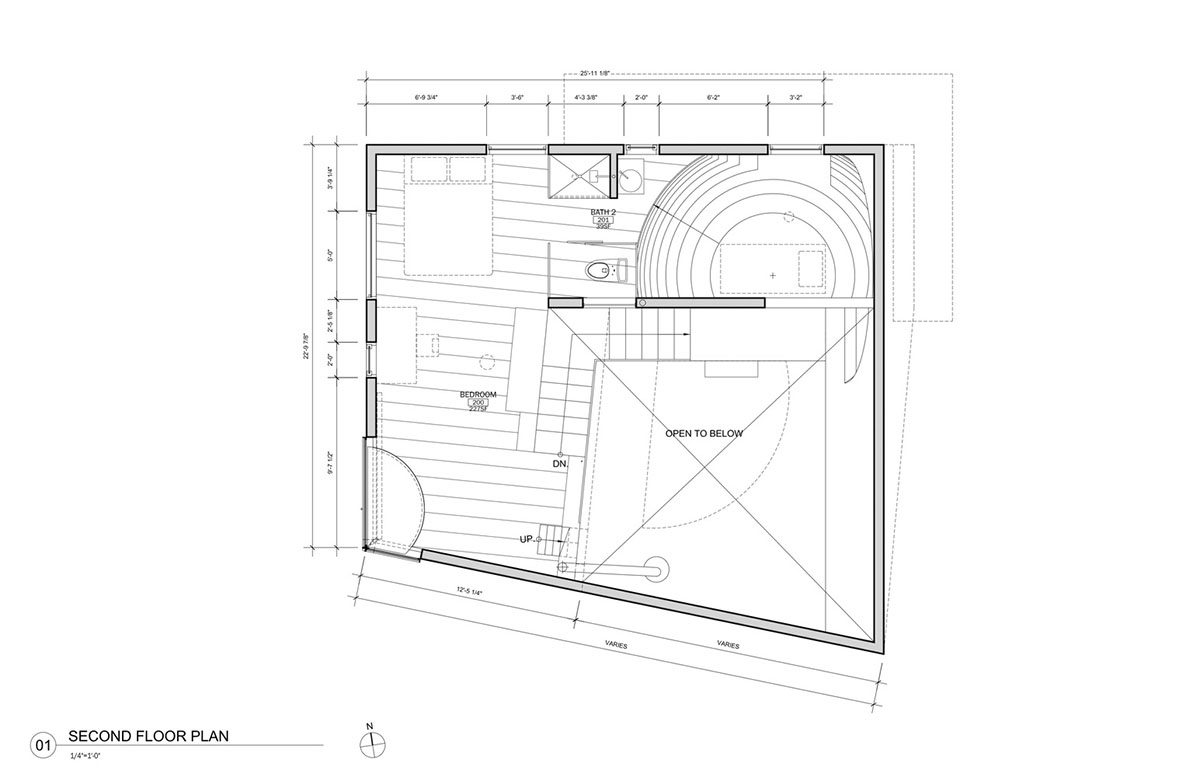 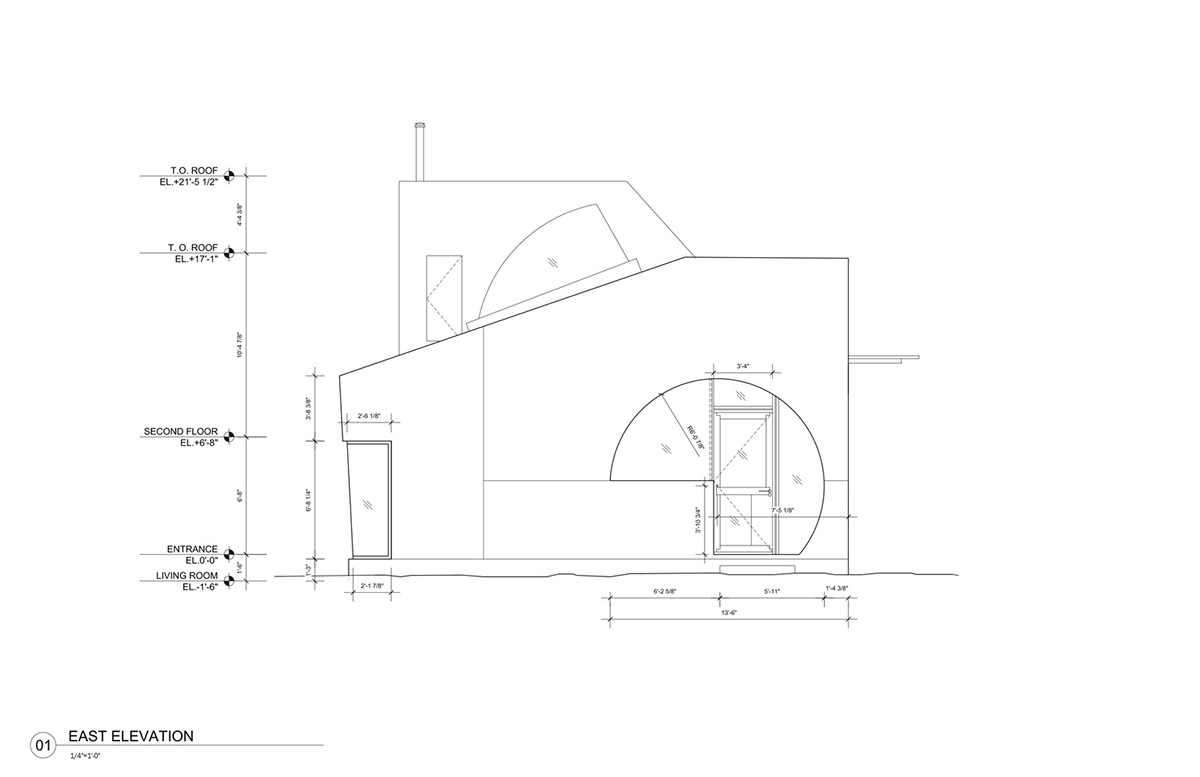 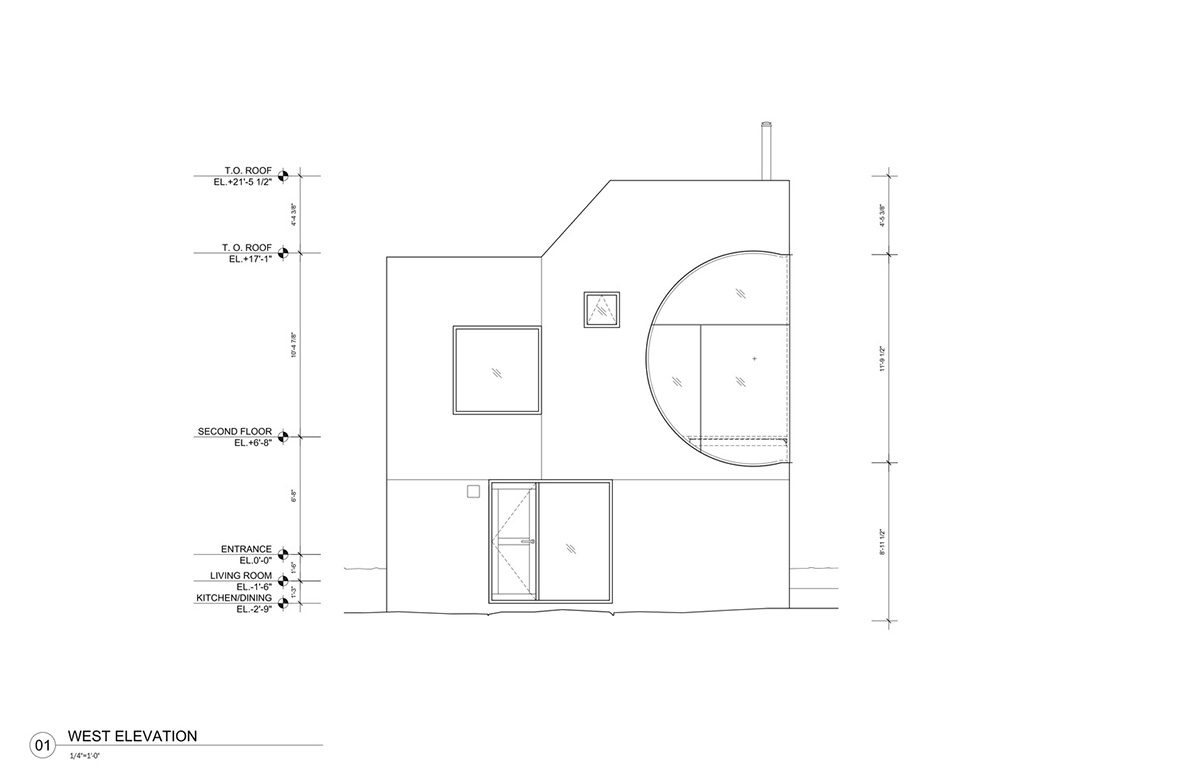 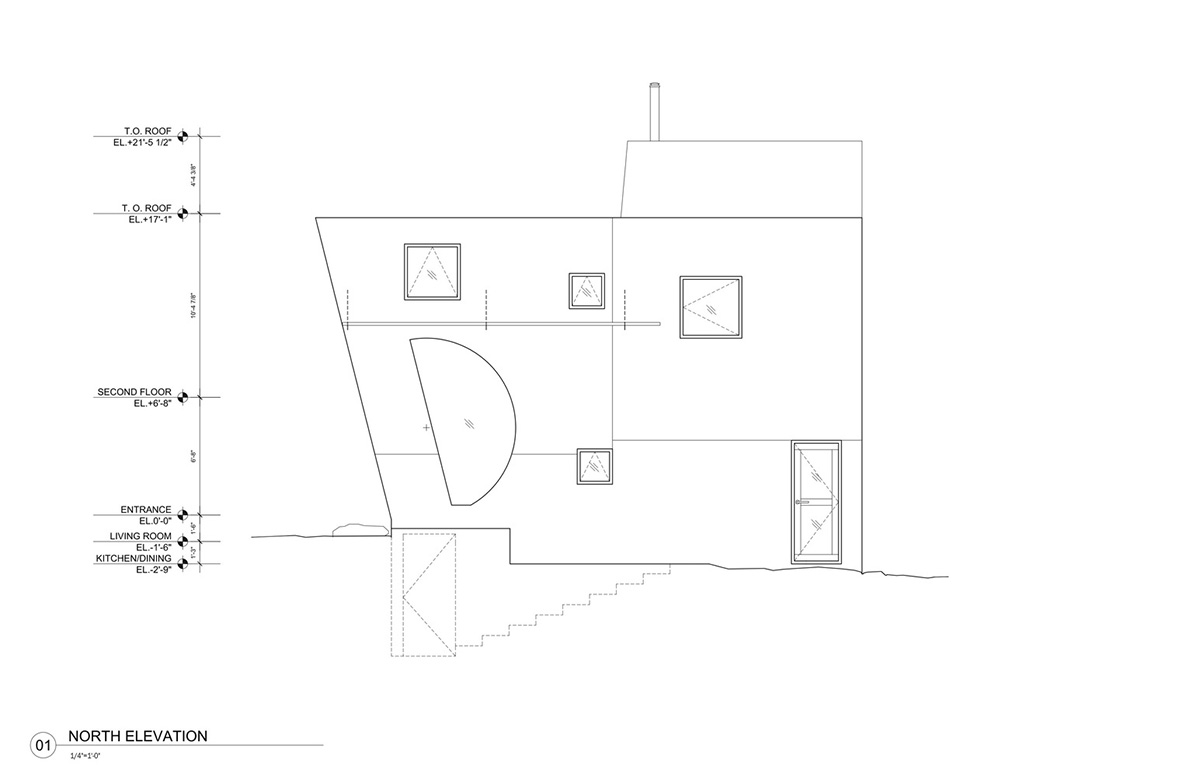 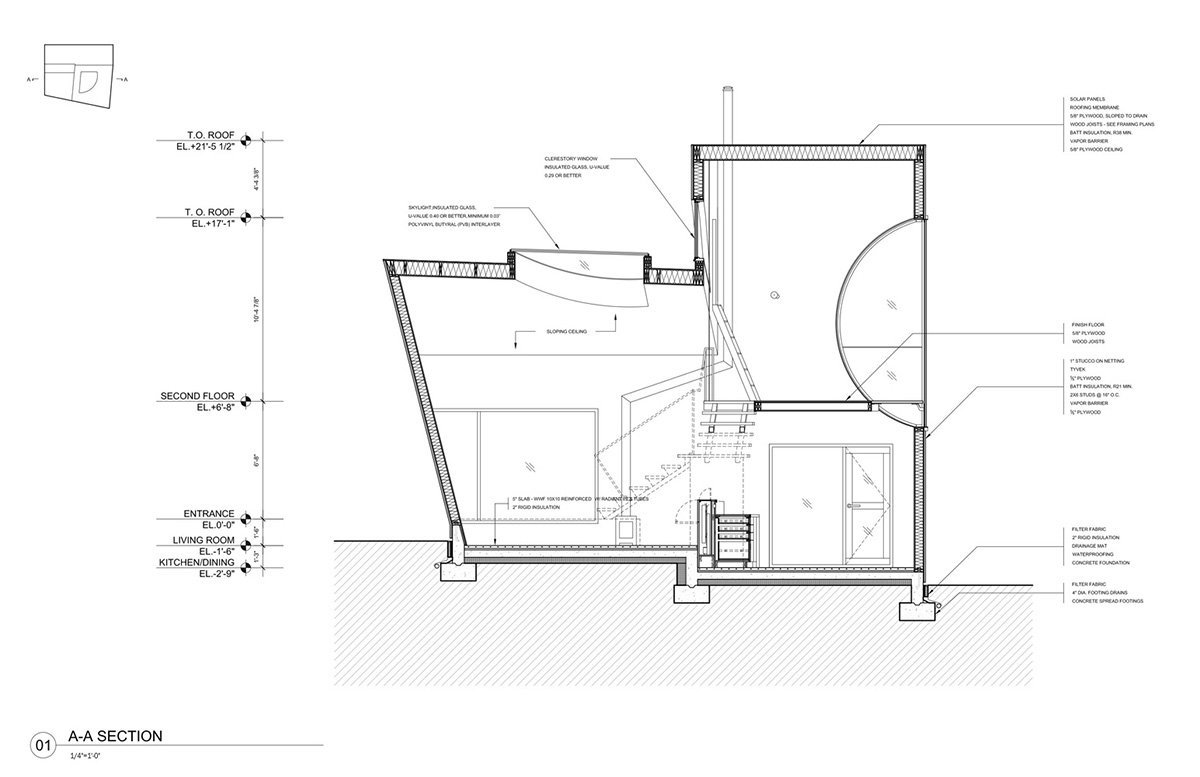 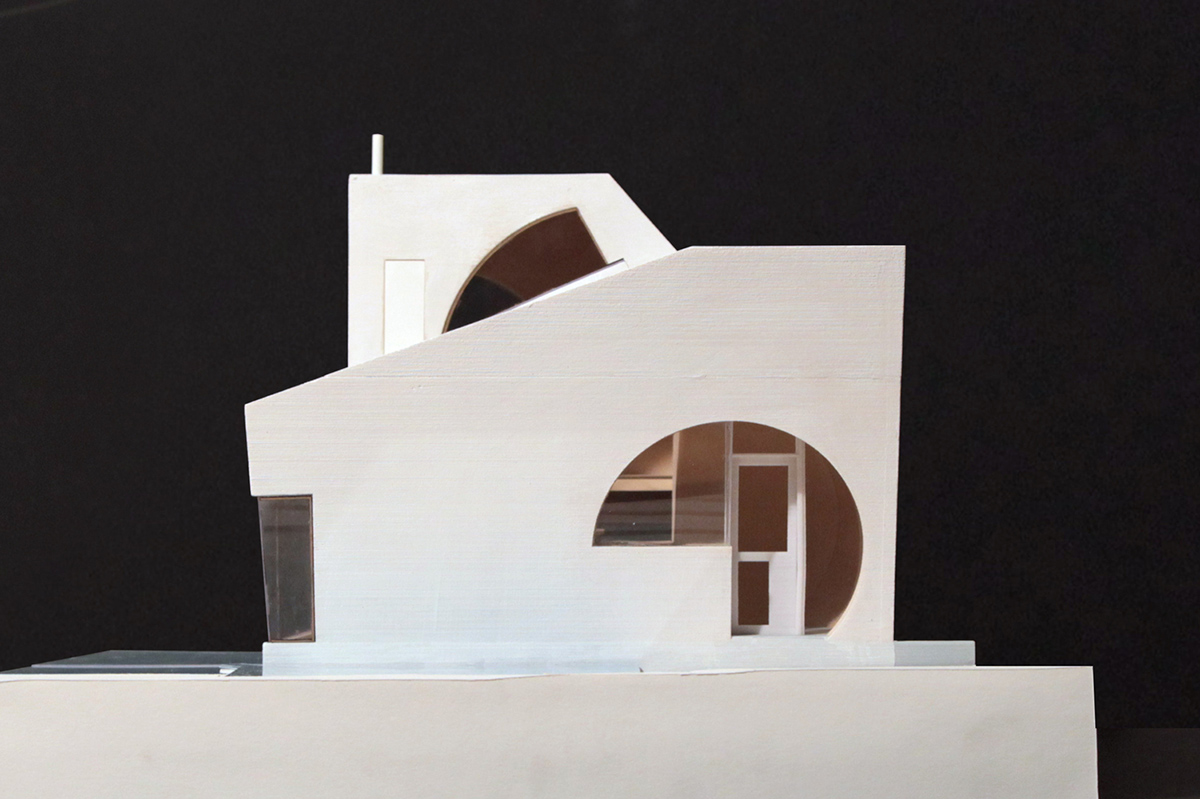 Project name: Ex of In House